My dad lives about 5 hours or so away so we didn’t expect him to come to the party (plus with as many people there as we had, he wouldn’t have gotten much quality Kye time anyway!). It was super sweet and thoughtful of him and Audrey to send Kye’s gifts ahead of time so he could have them for the party. Kye had a blast getting to open the presents and it REALLY meant a lot to him that they sent him something, as he will tell you that his grandpa bought him his new Bullseye. Since Dad and Audrey don’t live close I thought I’d put these pictures in a blog post so they can see him enjoying his gifts 🙂

The Toy Story card was a HIT 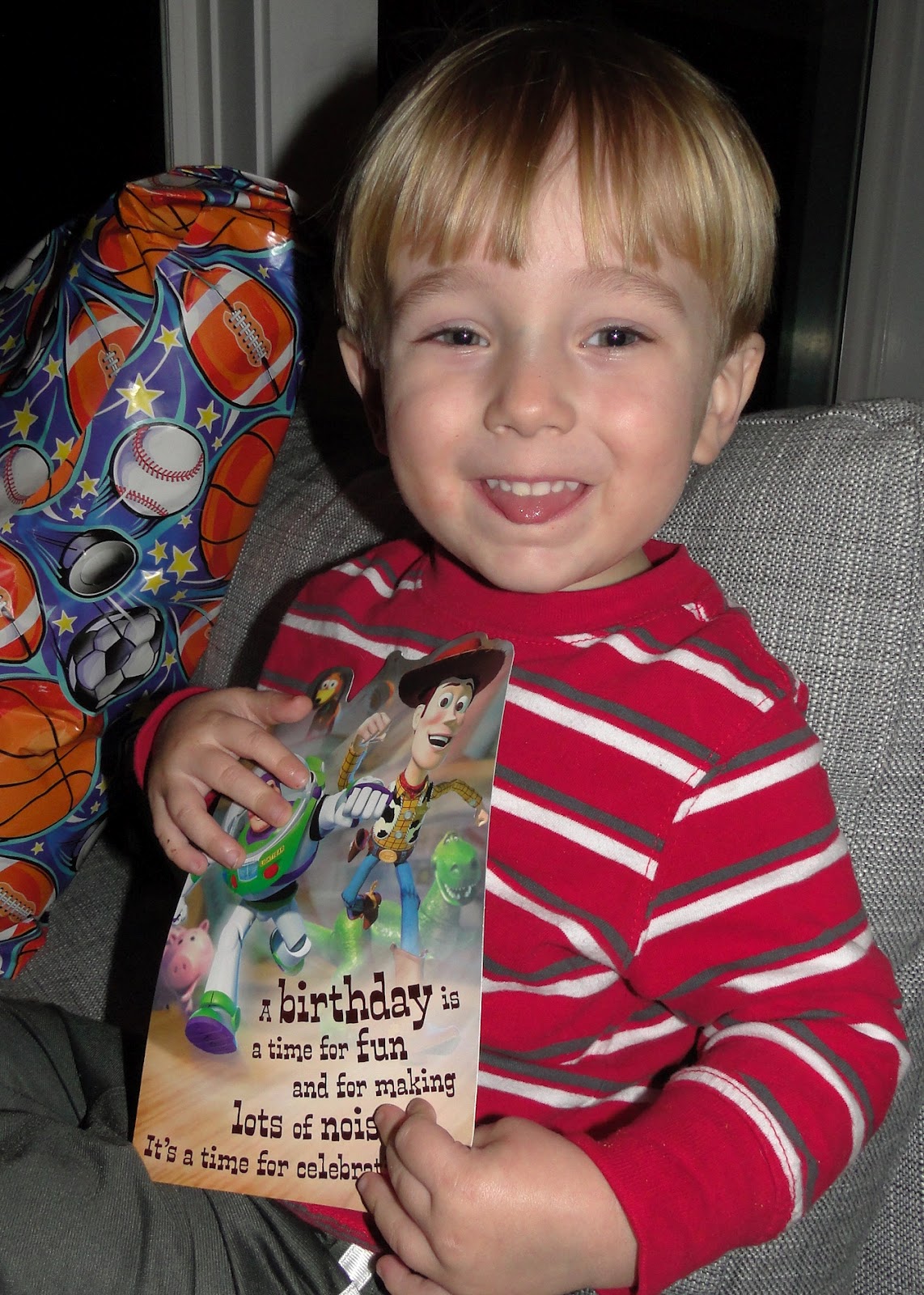 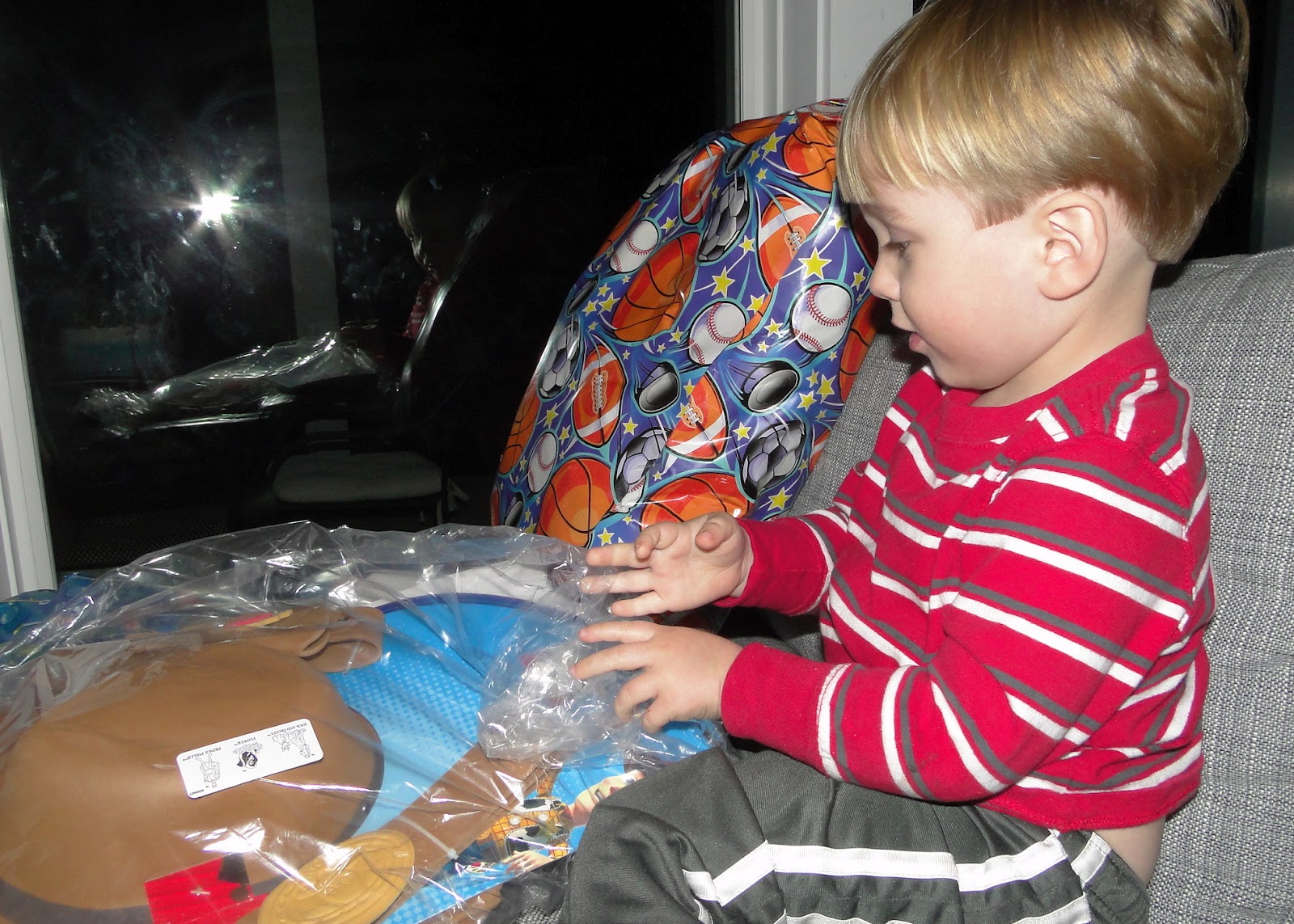 Haha it looks more like a sombrero here than Woody’s hat! My poor child has my head size and it didn’t 100% fit but he enjoyed it anyway! 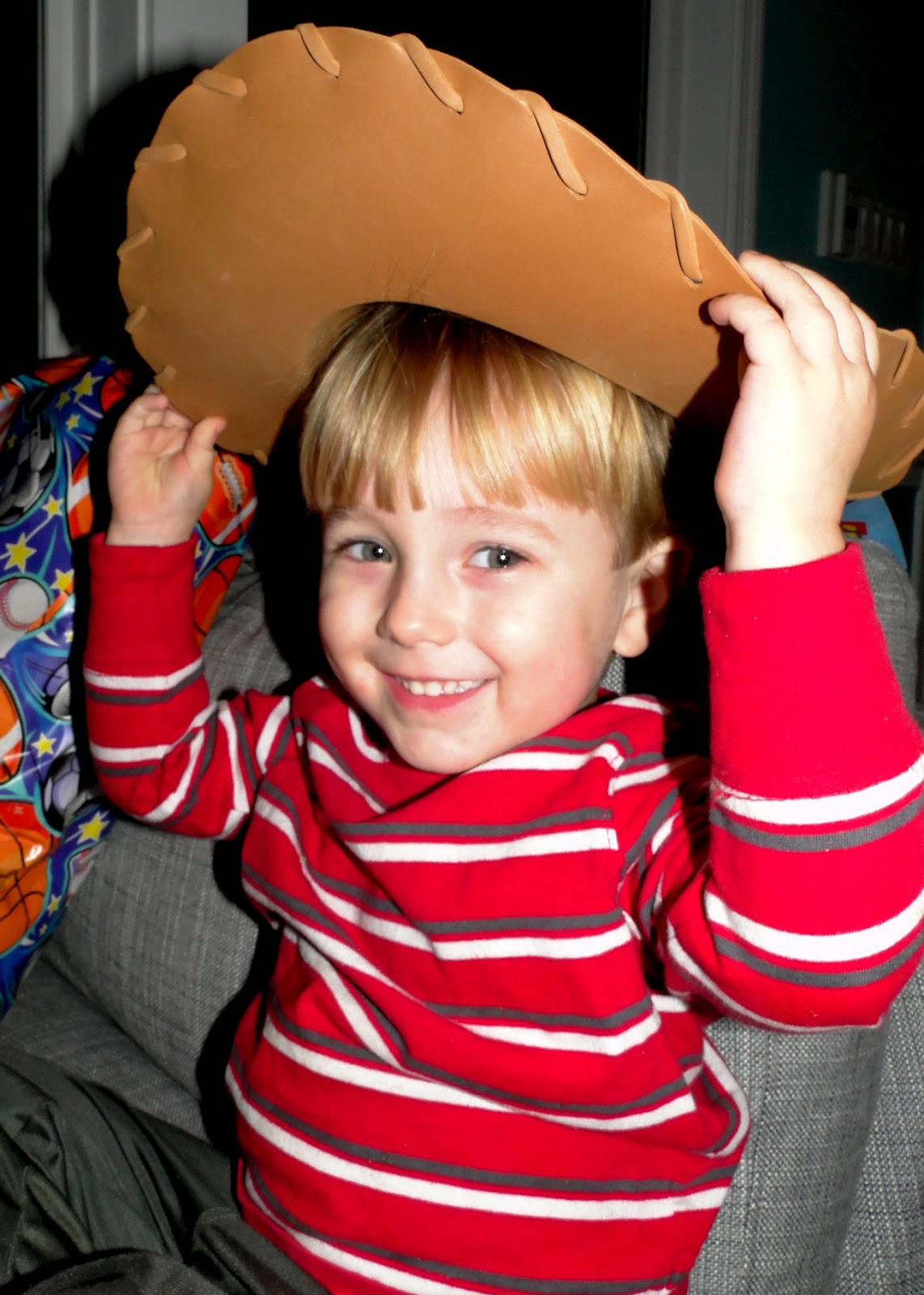 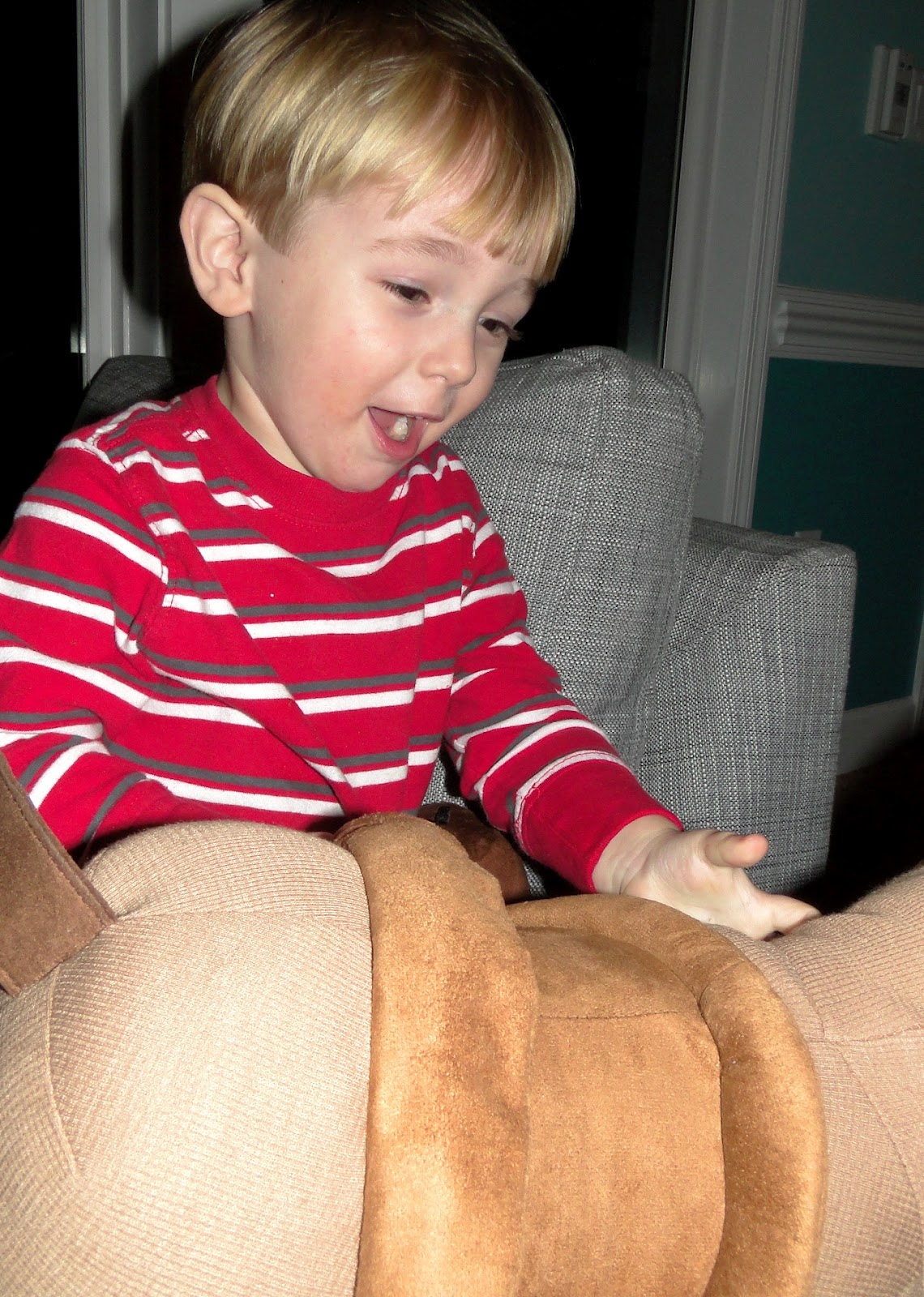 Going for a ride 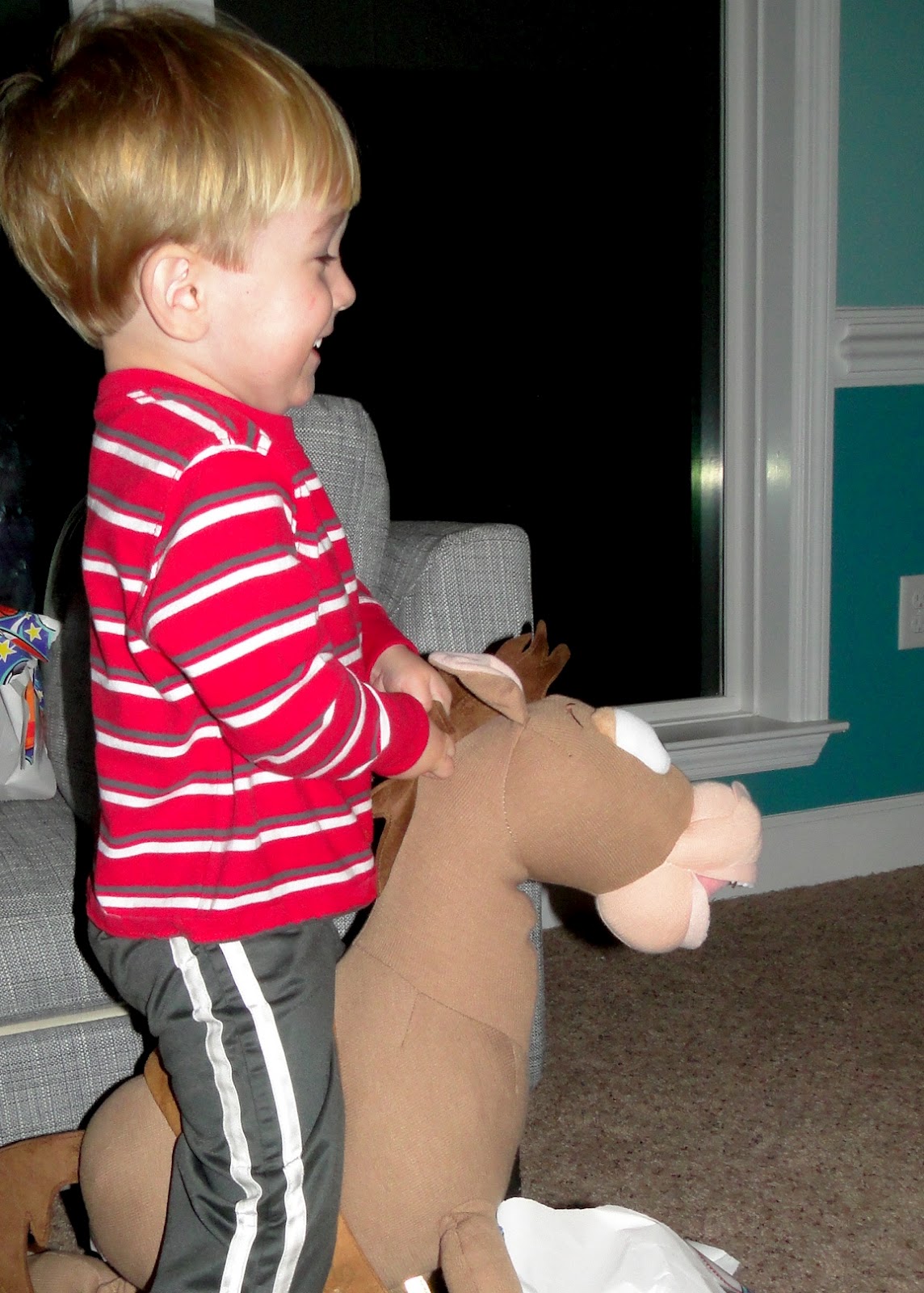 This made me laugh out loud. He was hilarious! 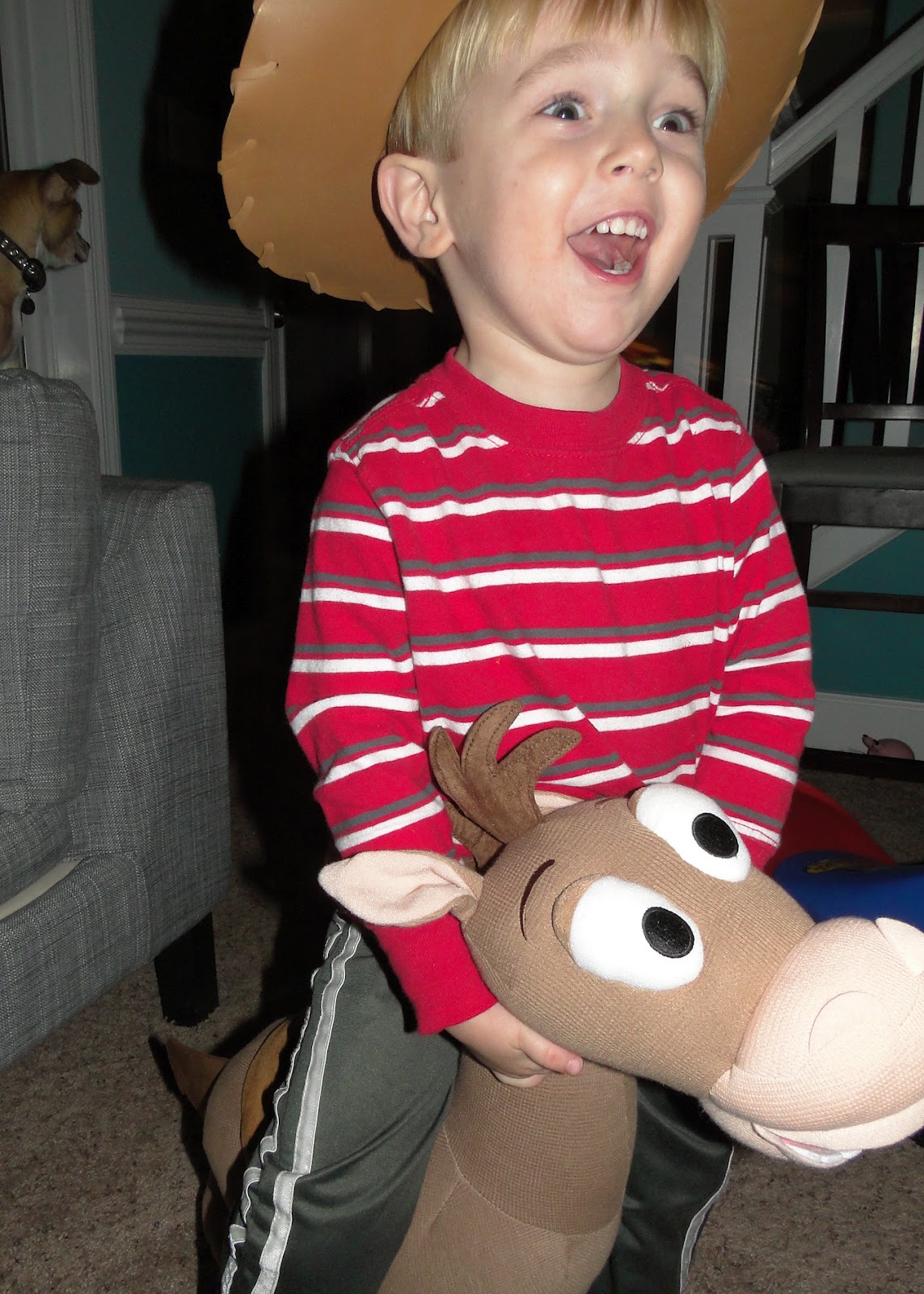 “Thanks Grandpa and Grammie!!!” 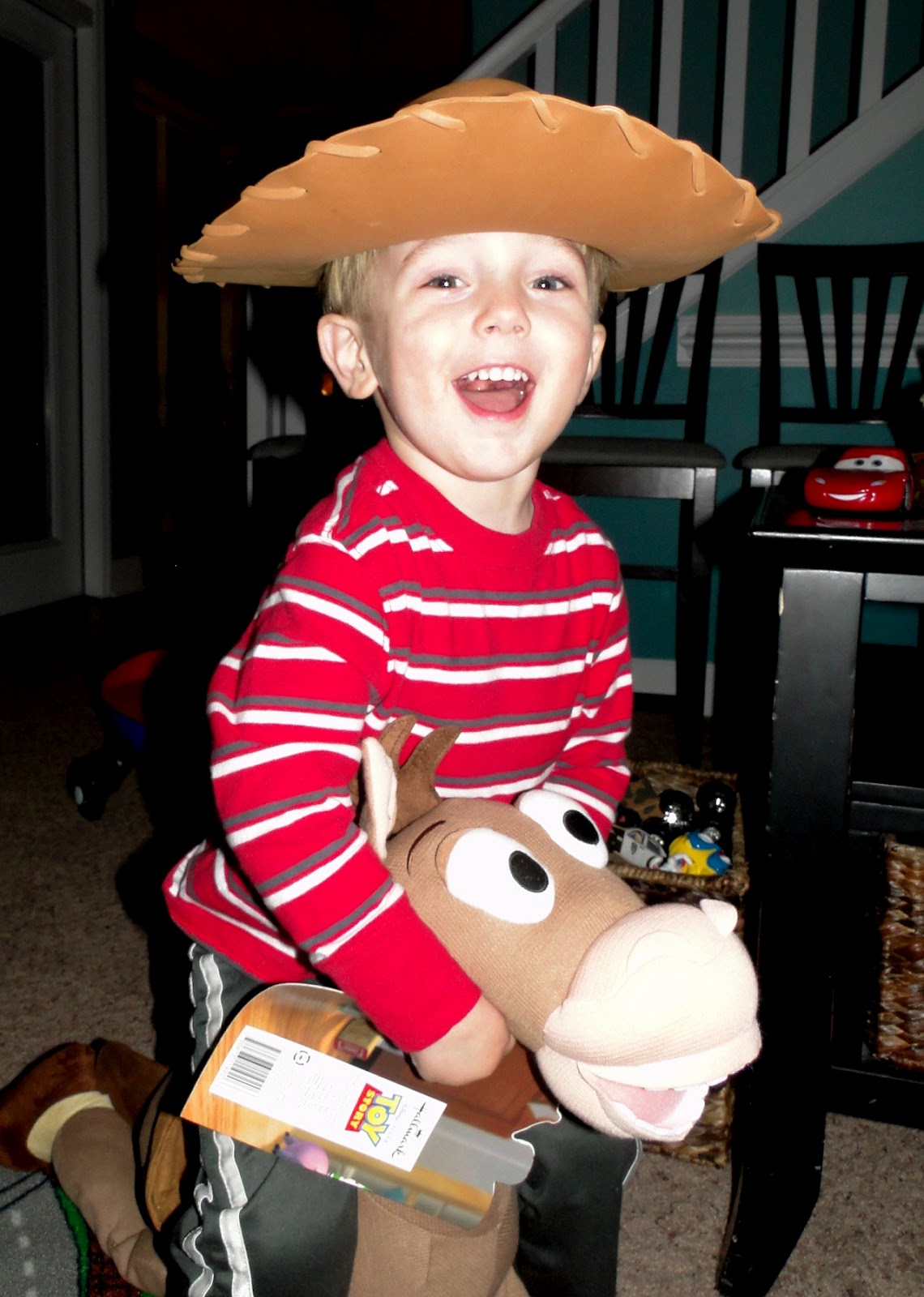 Right away Kye wanted to call Grandpa and tell him thank you. It made me proud that he wanted to talk to the people who bought him the gifts. We called Dad and I recorded some of the conversation, you can watch it here! Kye was cracking me up saying “your welcome” after Dad must have said it. They were the only people to send Kye a gift to open (he did get a couple of cards though, thank you to Aunt Michele and Rachael!!! He felt so special! Actually ToysRUs mailed him one too and that was fun as well) and Dad was the first one to call him on his real birthday. It meant the world to me that Kye felt so special and loved and that Dad and Audrey took the time to give him that attention. As a parent you want nothing more than for your children to know YOUR parents ya know?!? I love that he talks about Dad and has memories with him. He sees my mom and Zach’s parents all the time and I’m beyond thankful for that but the distance between us and Dad makes me want to work extra hard for him (and Britt too!) to have those special moments. We’re looking forward to visiting up there again soon! Kye’s excited to go fishing!! I also really appreciated those who mailed him something, he really had so much fun opening mail for himself. It’s not something that happens often and it was an extra special treat (and he STILL plays with the card you sent Rach…that song…so funnnn….).