Even though I know Kye is a little young for it, Mom and I really wanted to take him to the zoo! Melbourne has a great one (the Brevard Zoo) so we figured why not go! We went on Friday and it was a little tough simply because Kye woke up at 2:30 and the zoo closes at 5. But we made the best of it! I was very impressed with the zoo overall, but I was very disappointed that we didn’t get to go to the petting zoo. I honestly think Kye would have LOVED that as he’s all about petting the dogs. They closed the petting zoo part down at 4 and didn’t have any signs, info at the ticket booth, or even online saying that! We saved it for last thinking it’d be the best part and instead we missed it totally 🙁 We plan to call and see if they will let us come back and just go to the petting zoo part next time! Here are some pictures from our fun family afternoon! 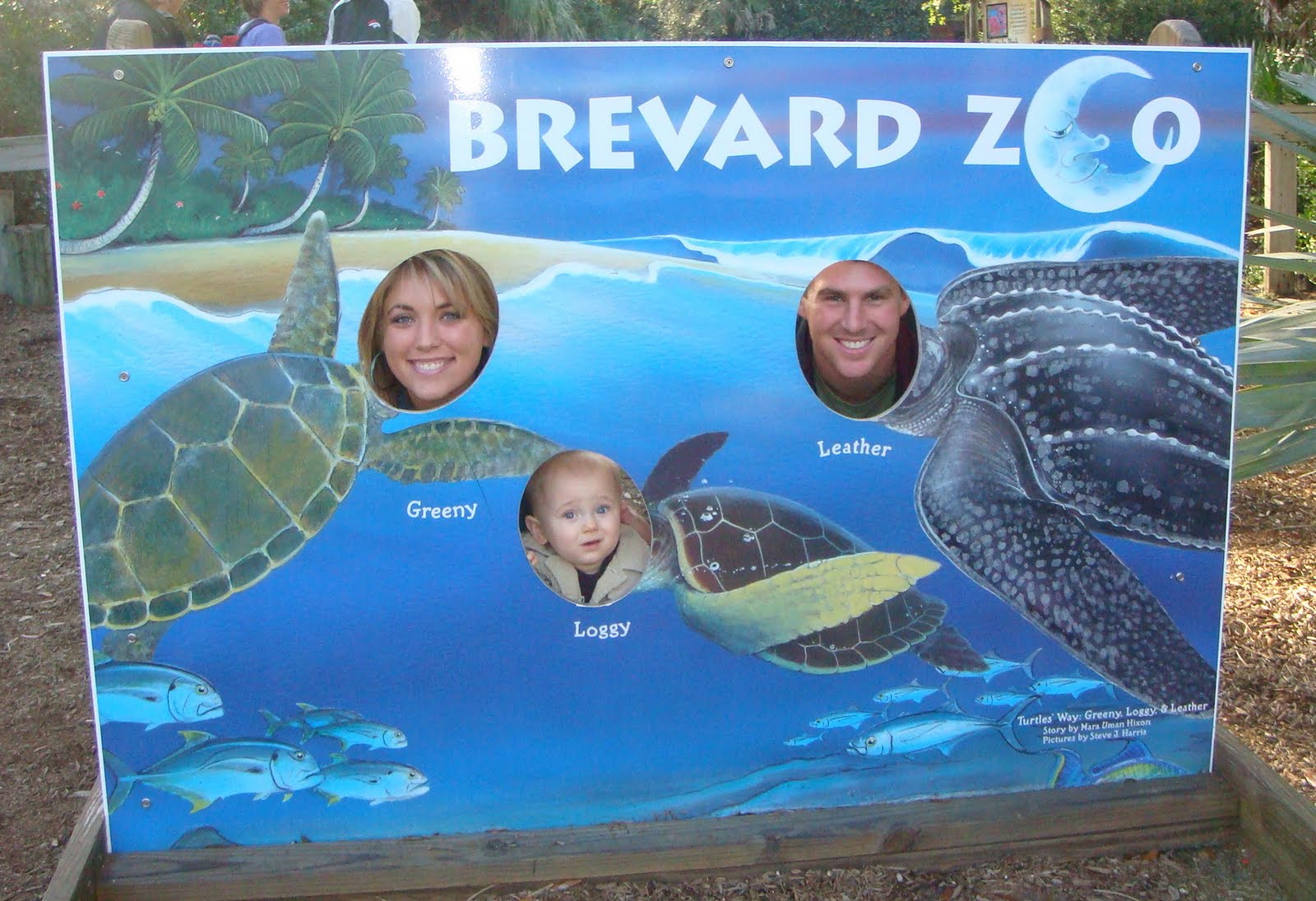 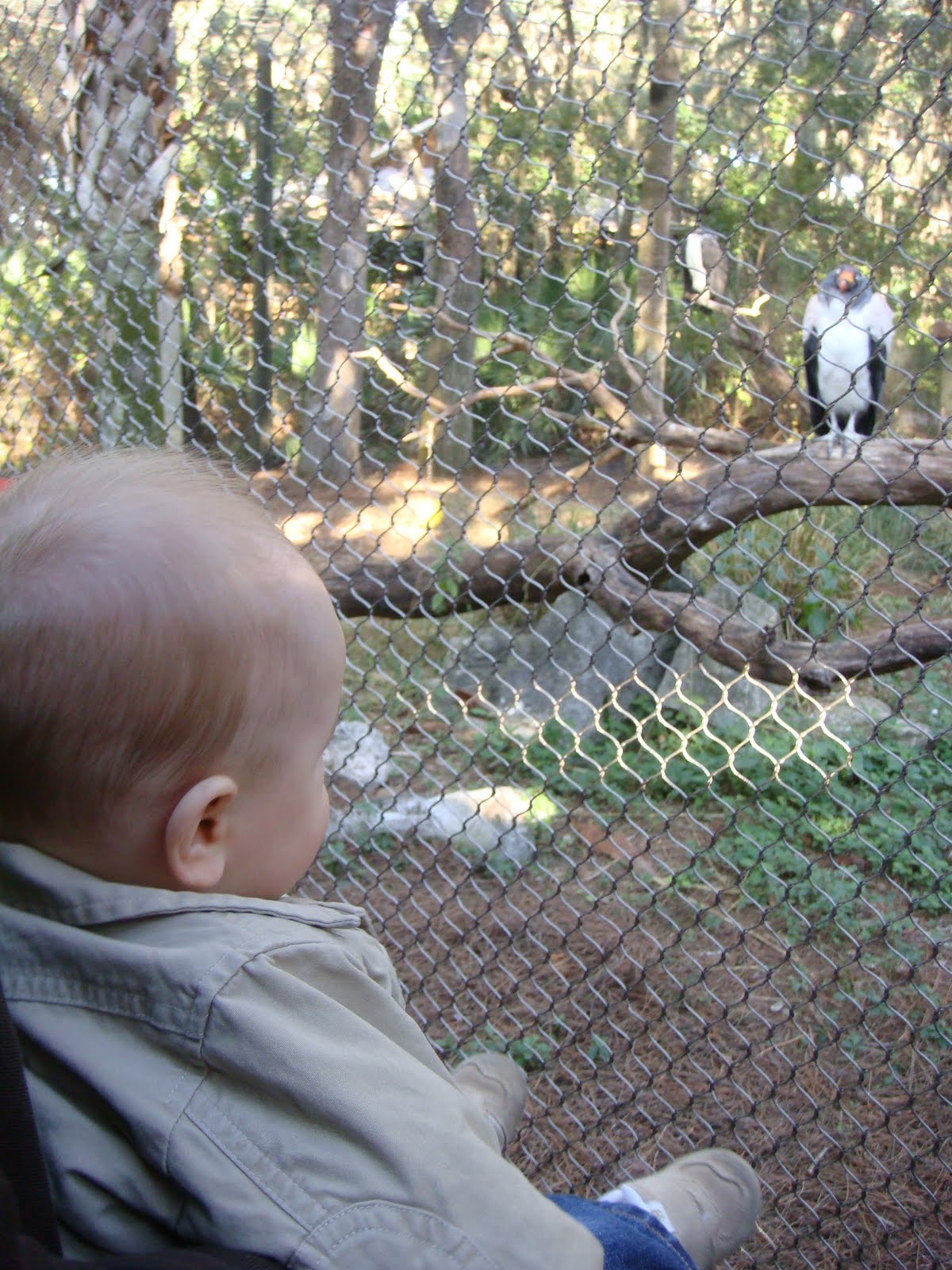 This bench was in memory of a little girl who died a week shy of her second birthday. So sad but also so sweet because she must have loved monkeys too! 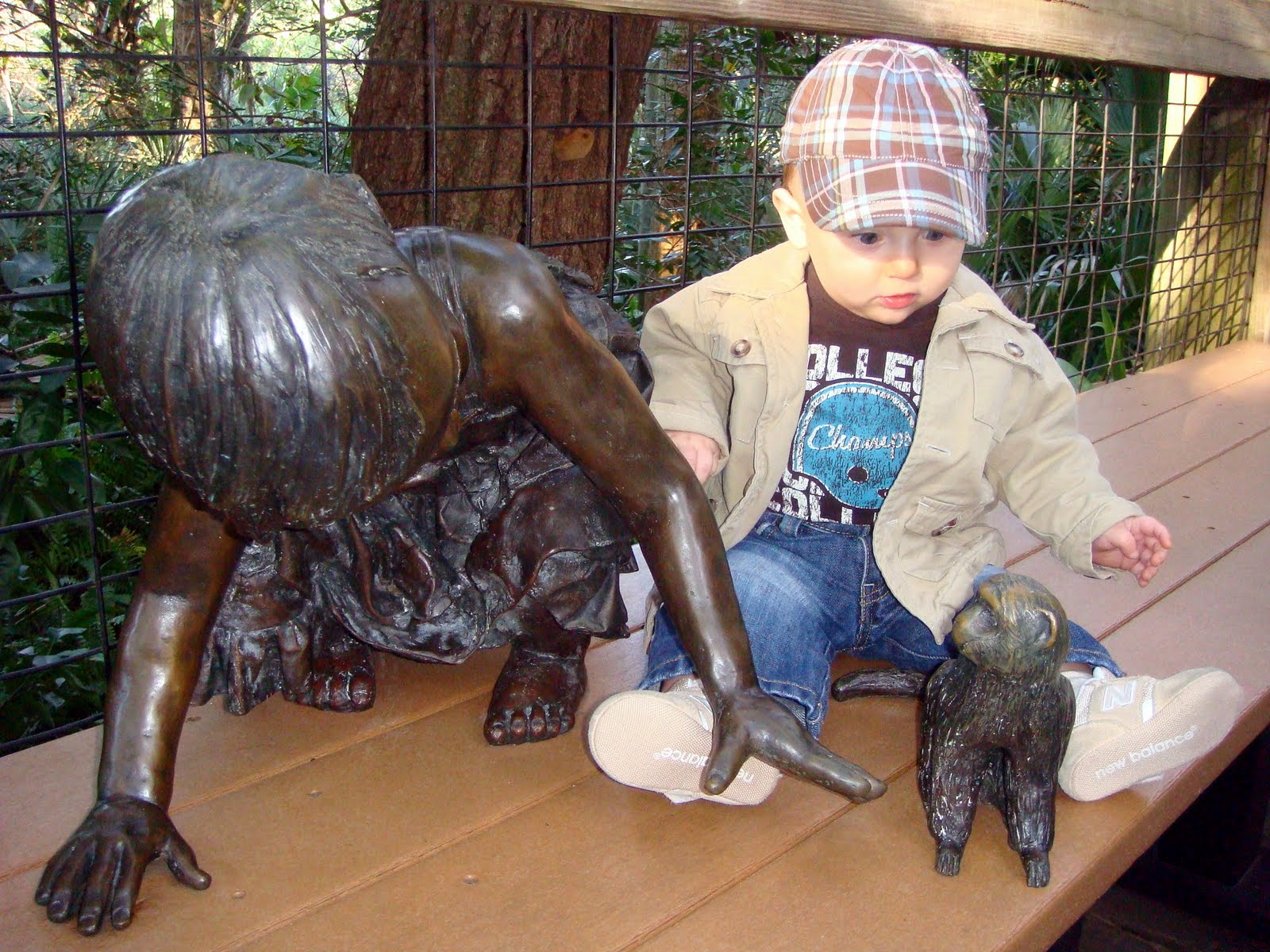 a volture almost attacked me for real! 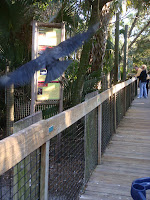 talking to the parrots 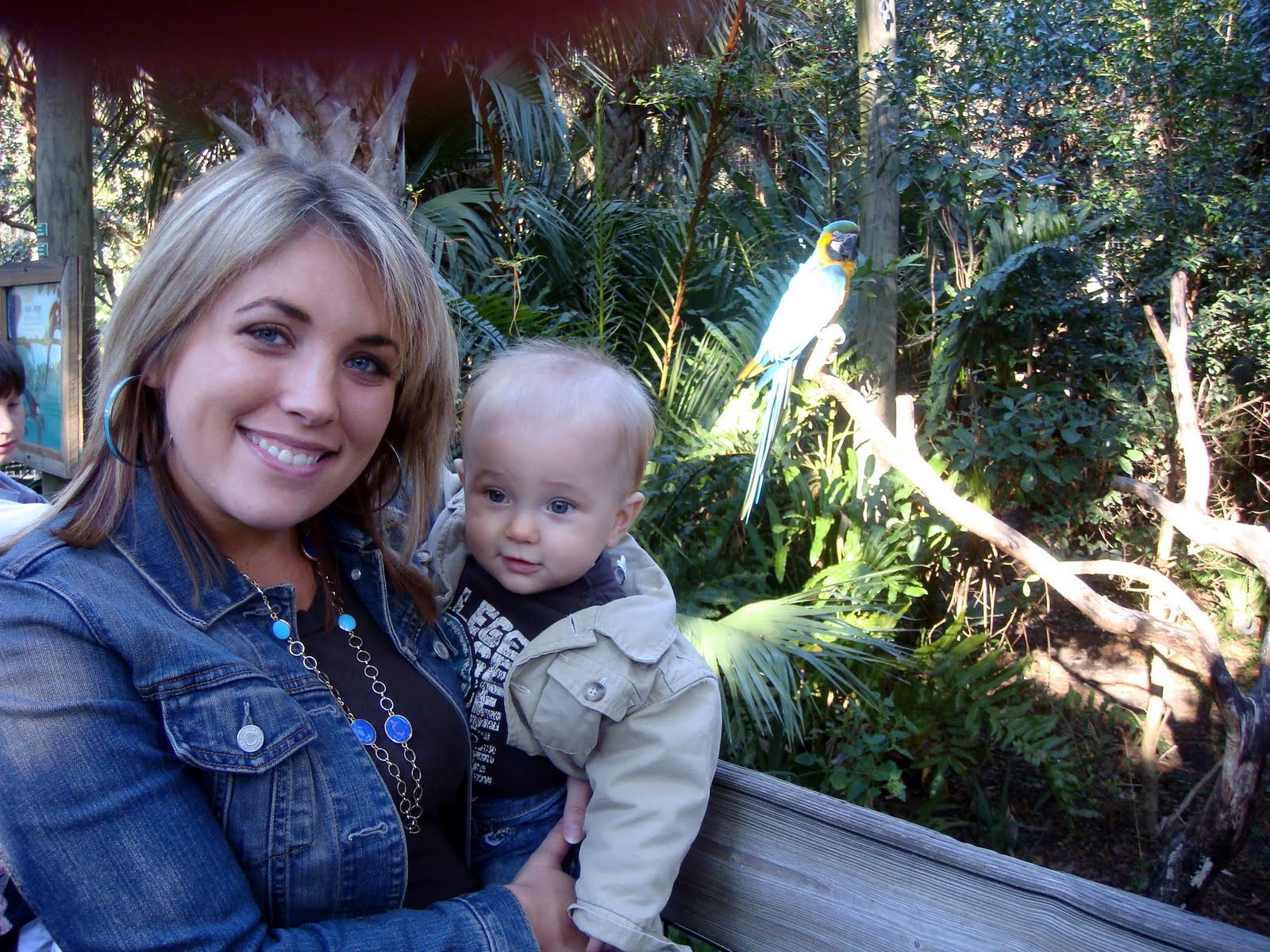 this alligator was swimming towards us! I’ve never seen one actually in motion, so neat! 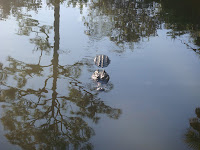 such a big boy standing up! 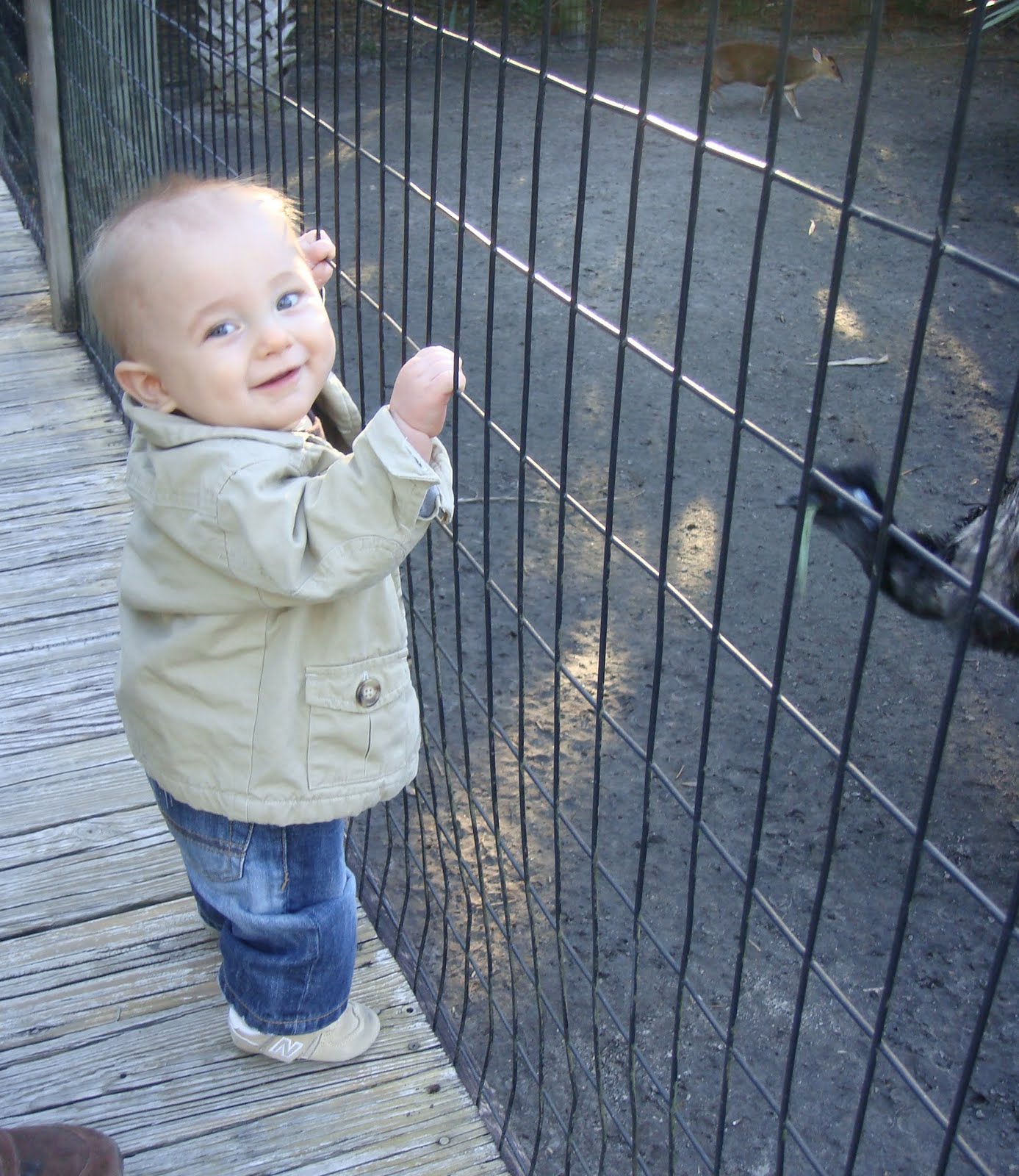 proud Gramma walking her baby boy around the zoo 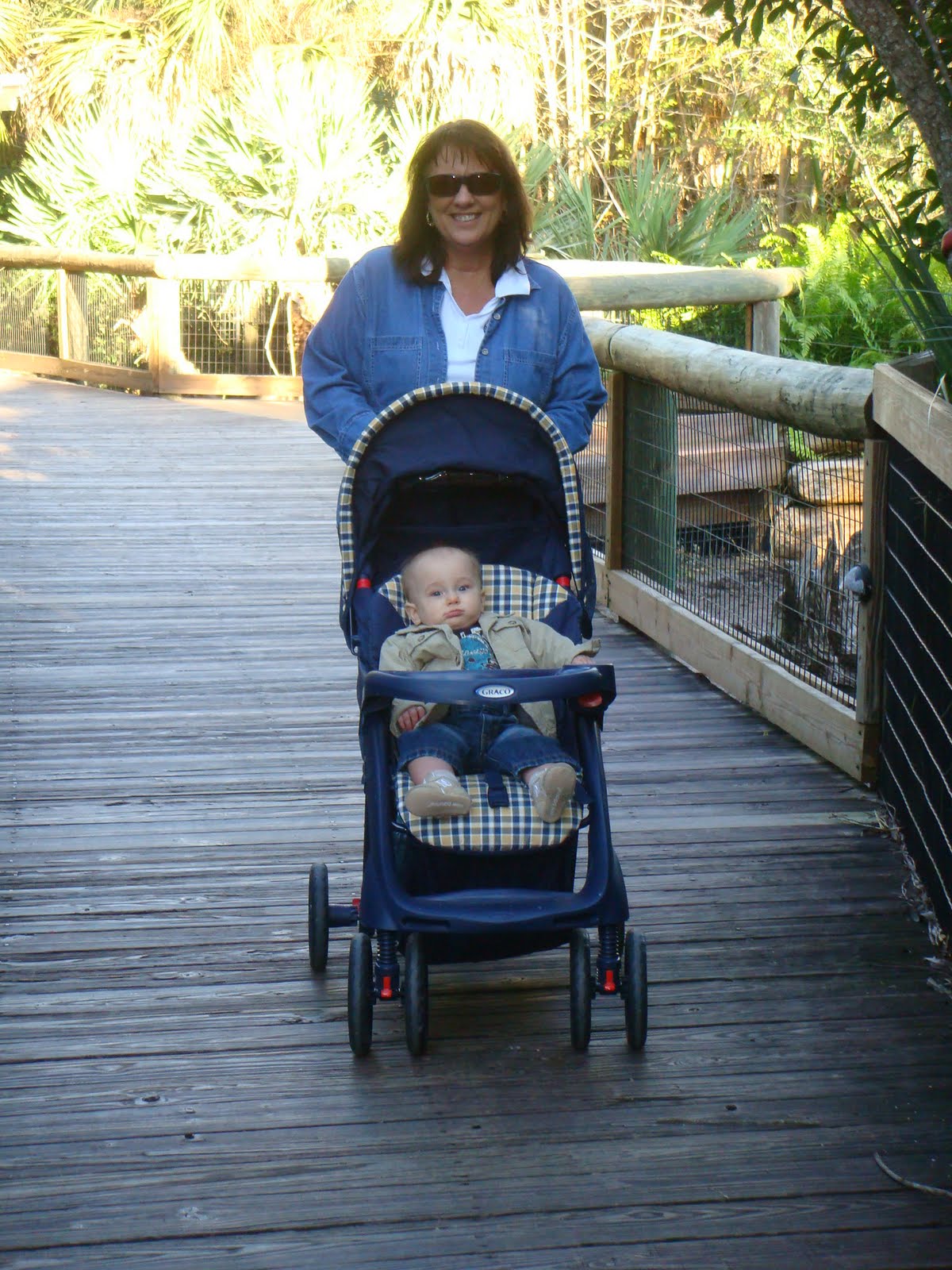 We went into this cool bird part where you can feed them. It was a little crazy and Kye got VERY scared. It was funny though because the kid didn’t even flinch when a huge monkey was sitting with him but he bawled his head off when a bird flew by his face! Luckily he didn’t see when one landed on him! Zach was so good with him and just held him and comforted him and he did get used to it, but we didn’t stay long! 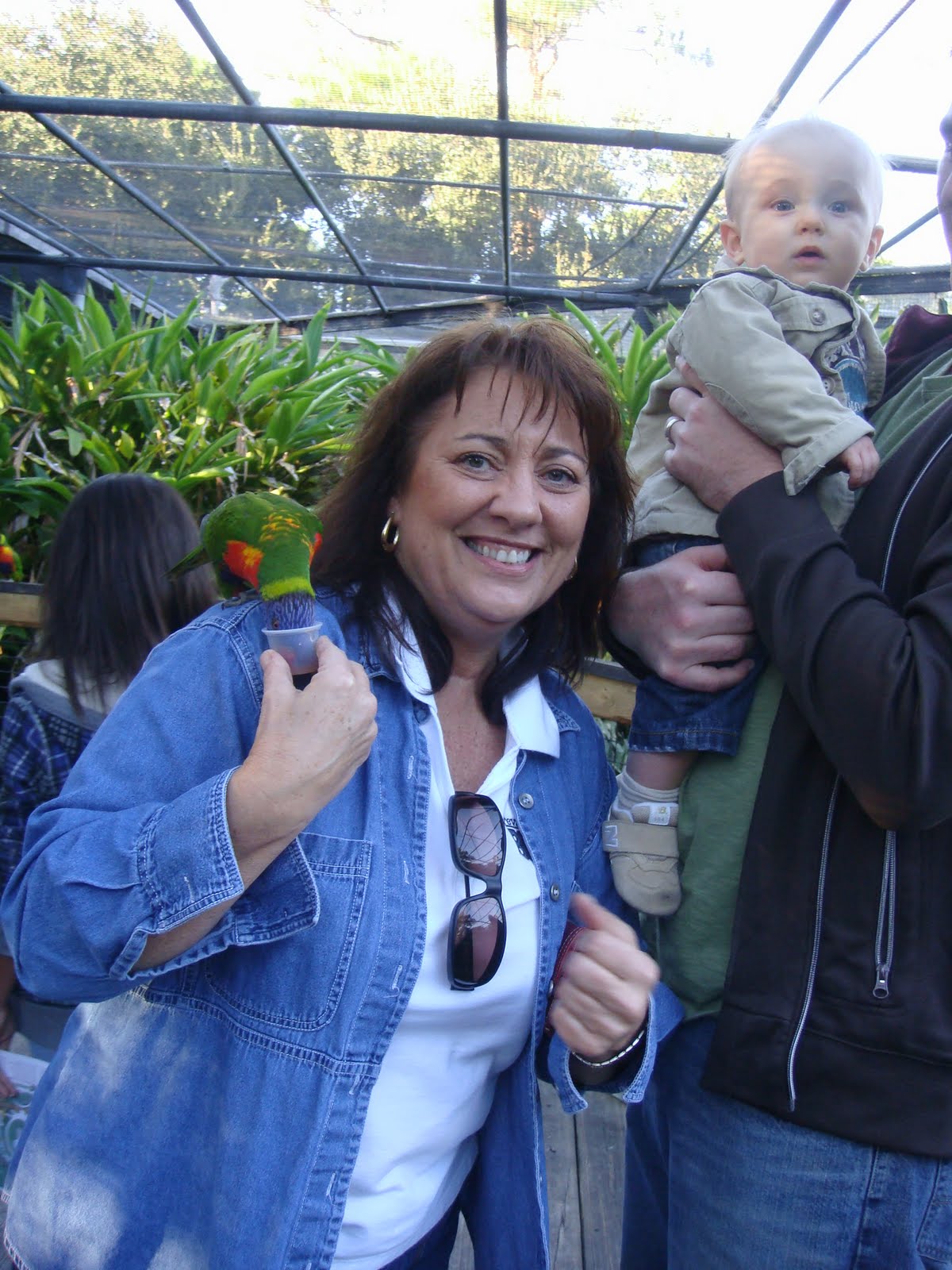 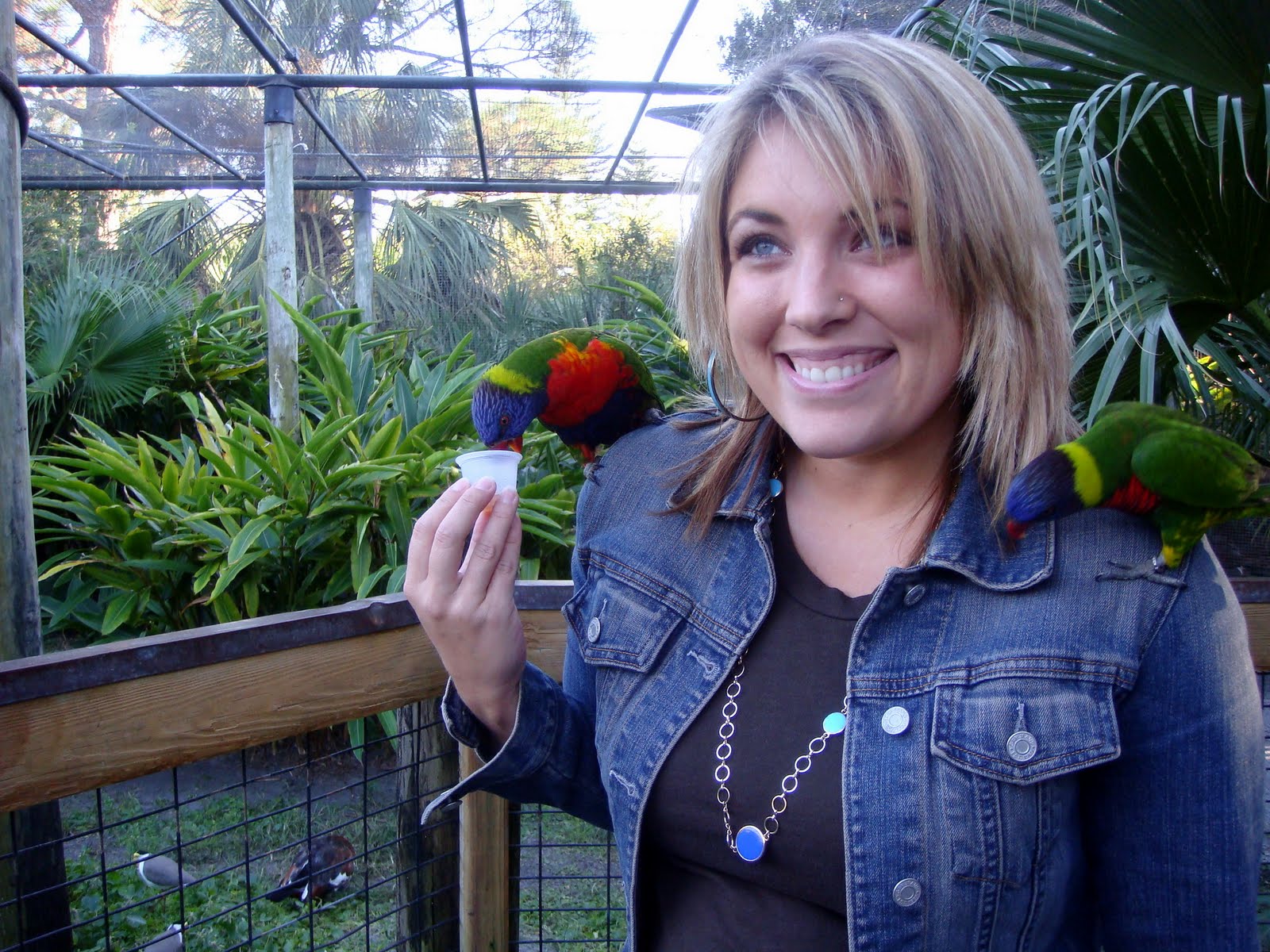 The coolest thing we saw were these two rhinos fighting! We figured it was two guys fighting over a girl but this zoo guy came over and told us that it was actually a female fighting the male because she was jealous. He was trying to mate with the other female and she didn’t want him to! So funny! 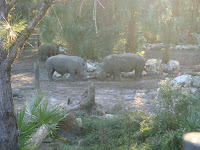 The rhino guy kinda told us more than we needed to know so I started playing with my cute boy! 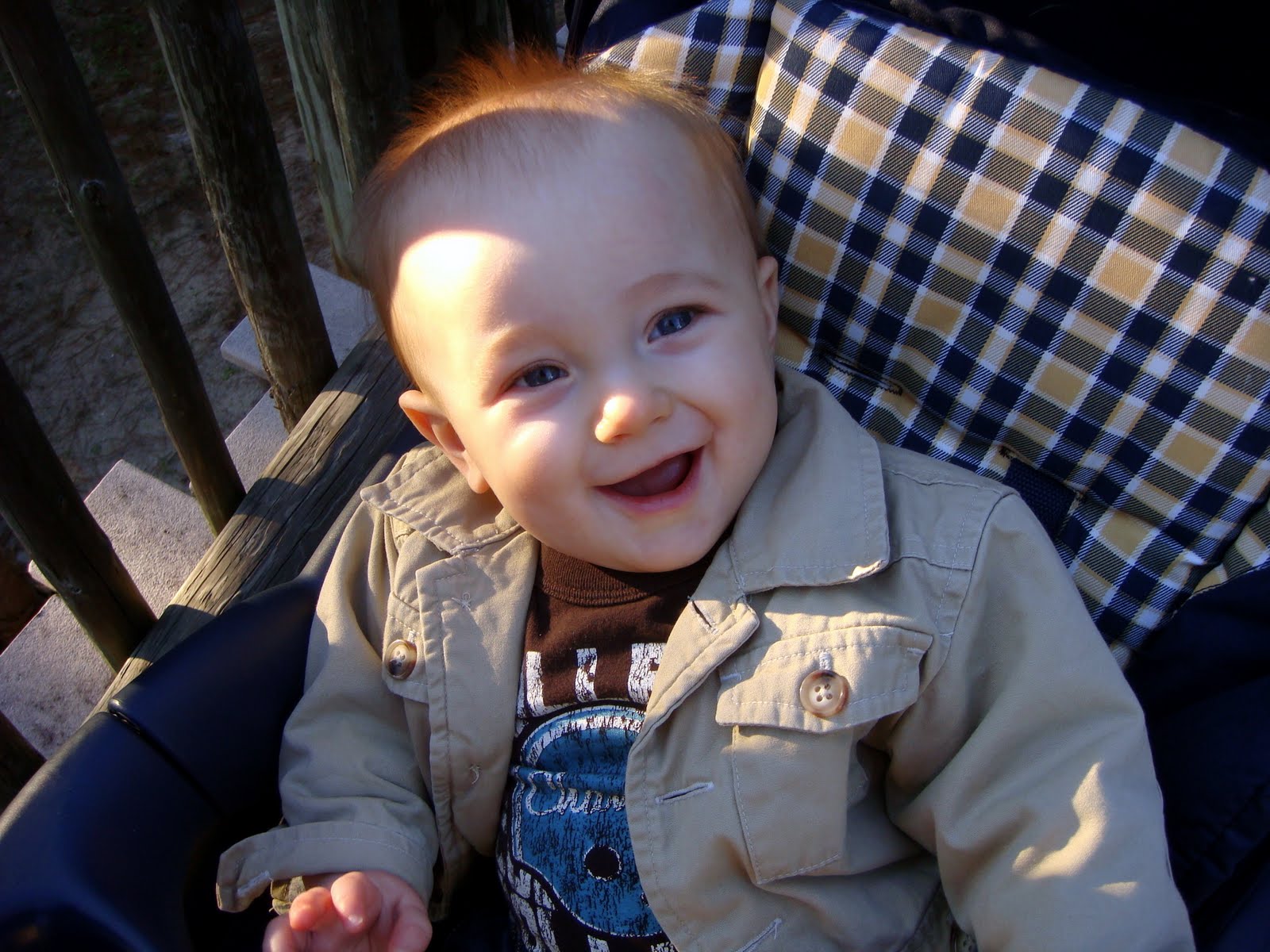 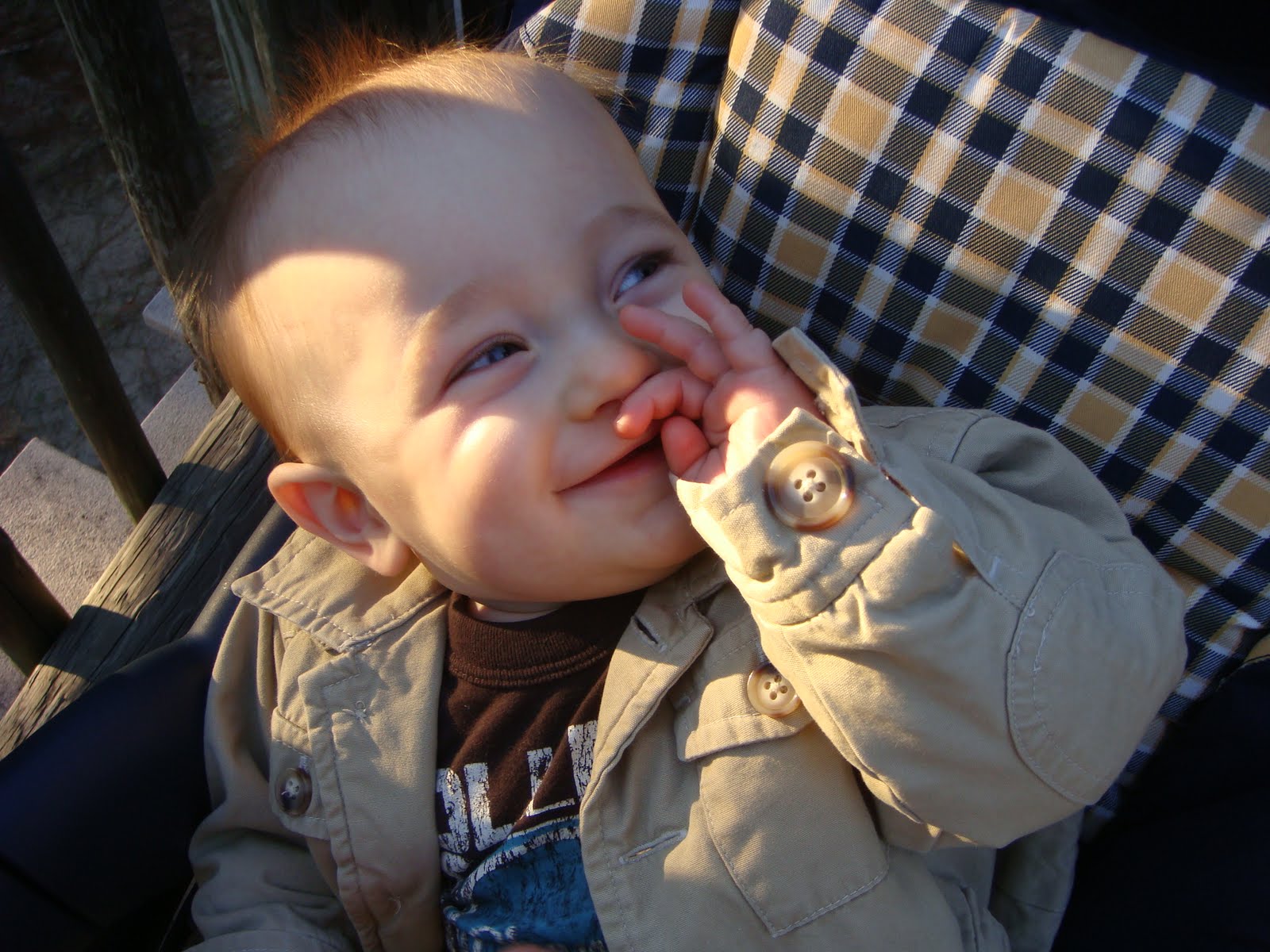 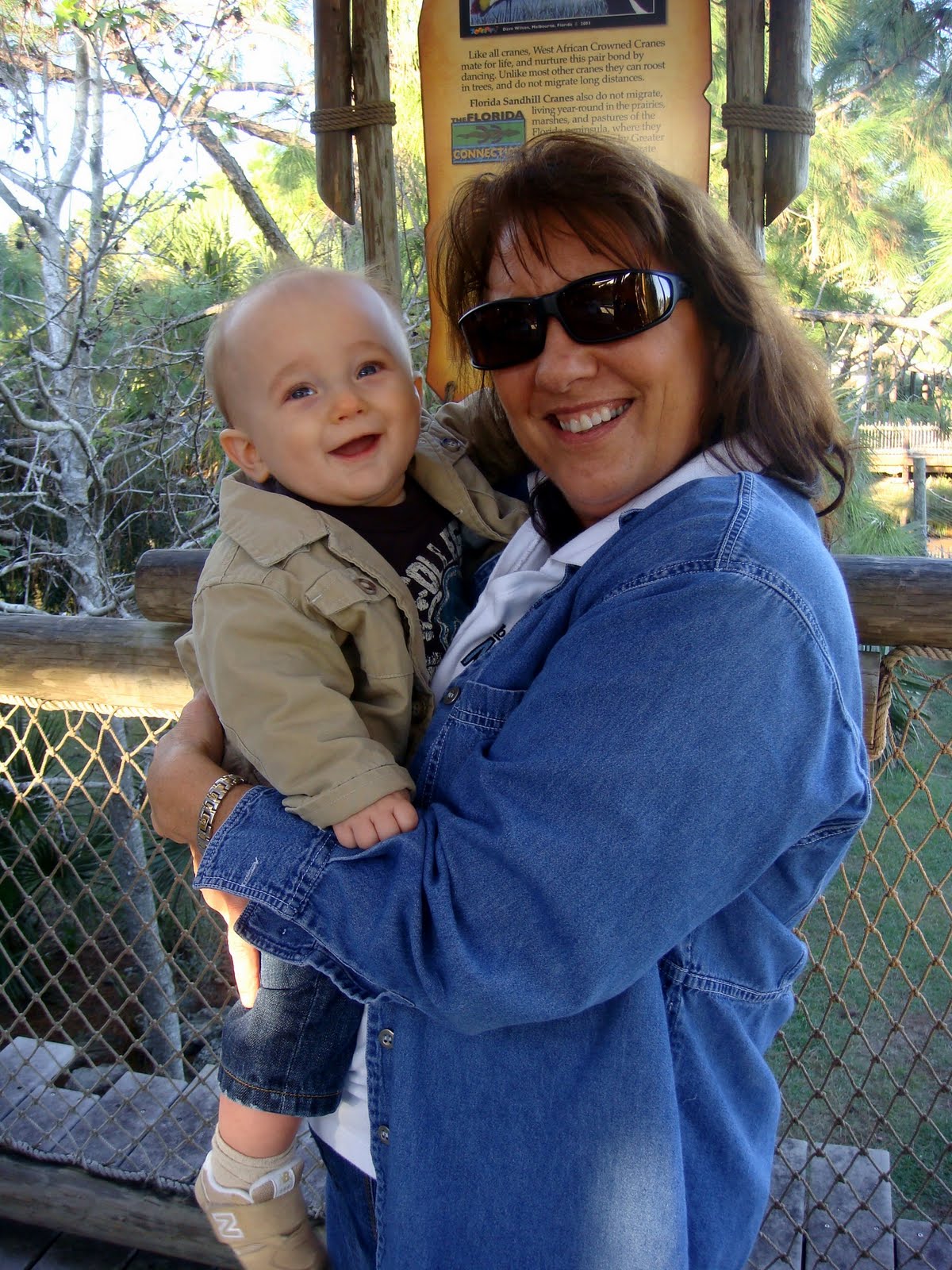 it looks like Kye and I are Zach’s kids in this one haha! 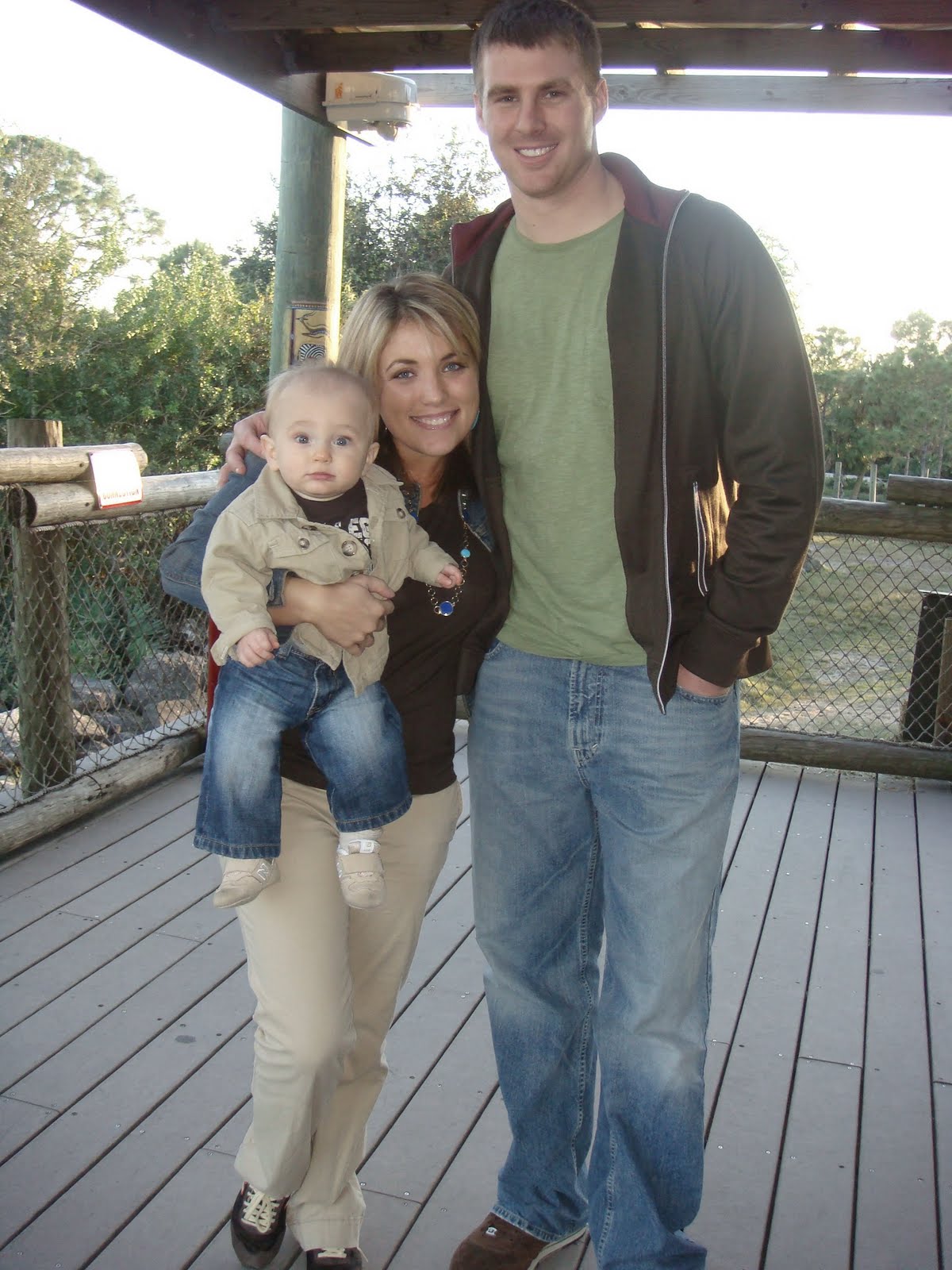 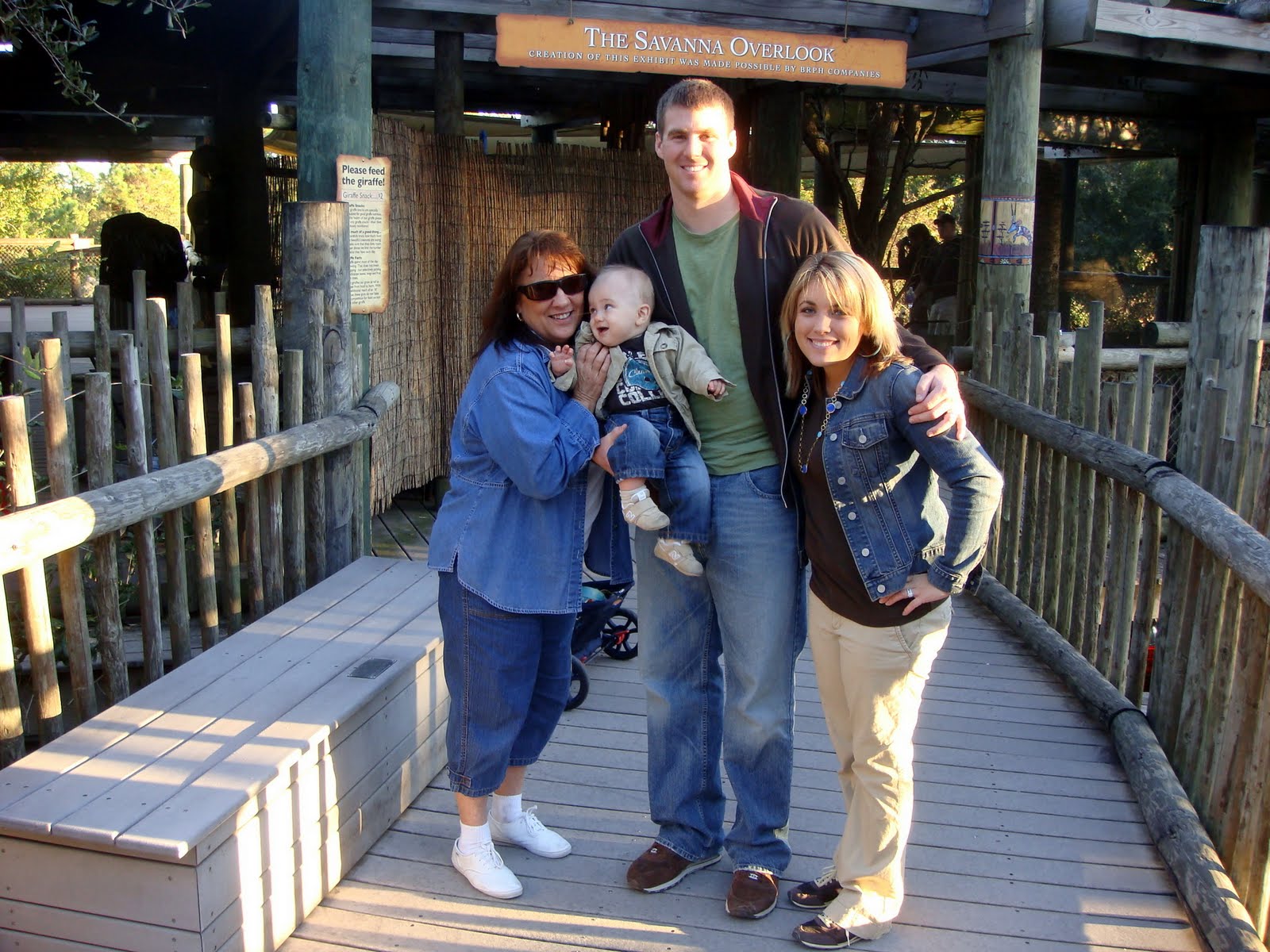 with his mommy and Gramma 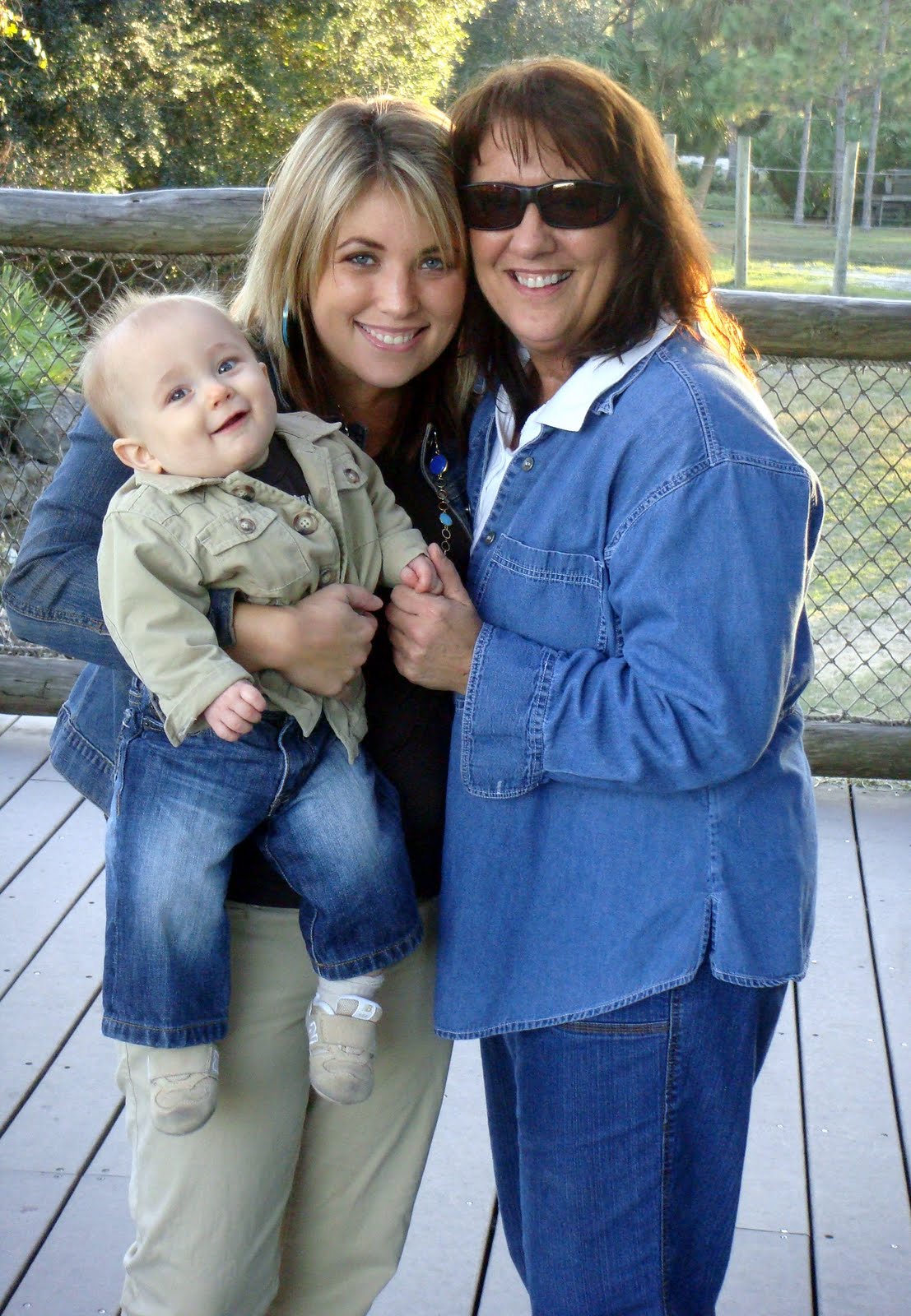