Wednesday (the 27th) was a pretty day outside (finally!) and Zach happened to be coming home rather early in the afternoon. Originally we planned on paying someone to take some pictures of Kye in his birthday shirt to use for his party invitations but to save money I figured we could just go to the park and do them ourselves. One problem, Kye’s hair!

He still doesn’t have very much hair but the hair above his ears was LONG. It was the only part of hair on his entire head that didn’t fall out after he was born so while the rest of his hair is rather new, this stuff has been growing for almost 11 months now. It was hanging over his ears which made it stick out funny. We planned on taking Kye to Jordan’s Salon where we get our hair cut for his first cut but it didn’t seem worth the effort. He seriously just needed a TINY trim at the ears and that’s it! 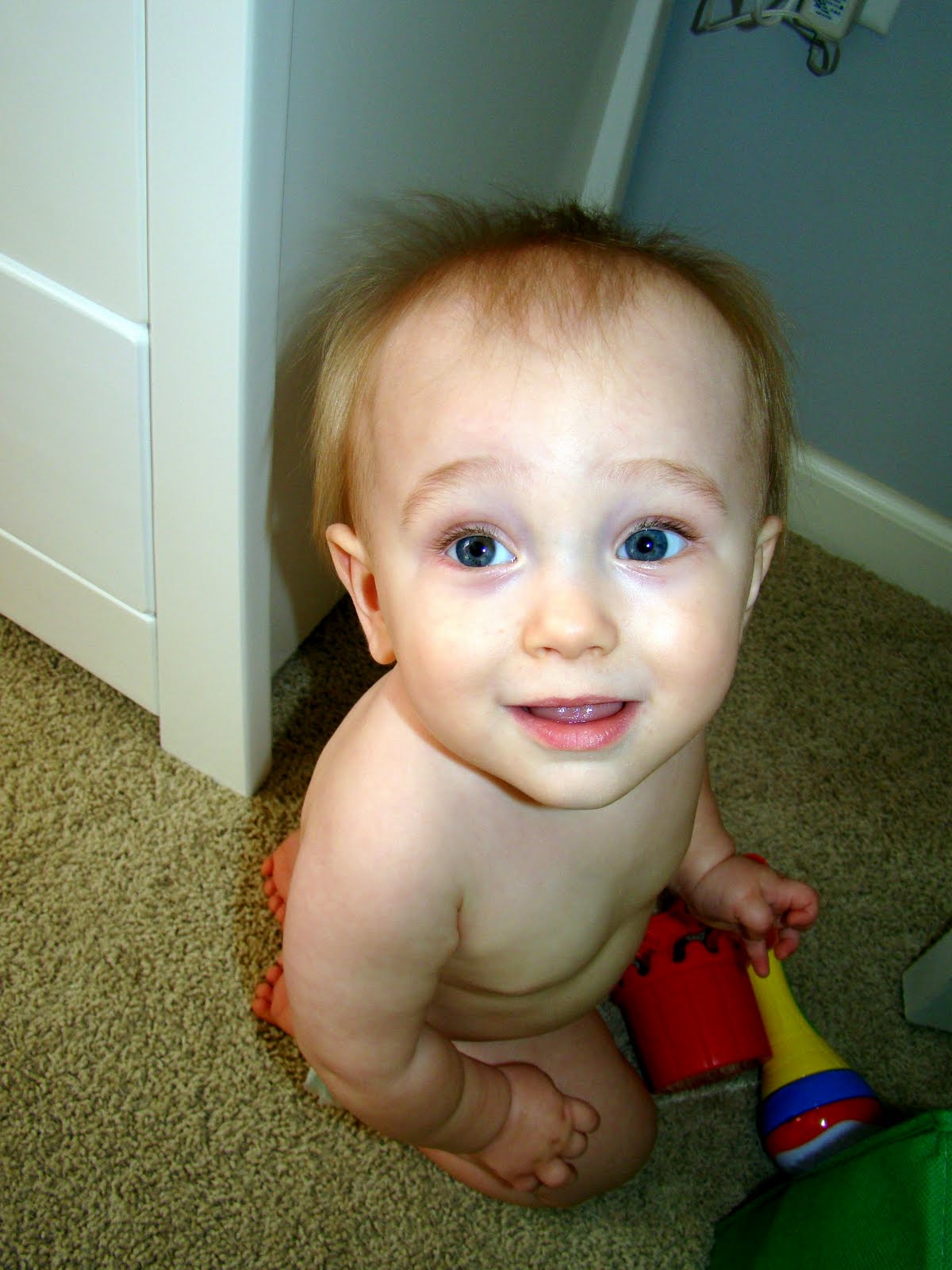 I’ve always wanted to try to cut Zach’s hair but he won’t let me. At least he let me trim Kye’s! Before we headed to the park we gave him his first official hair cut! 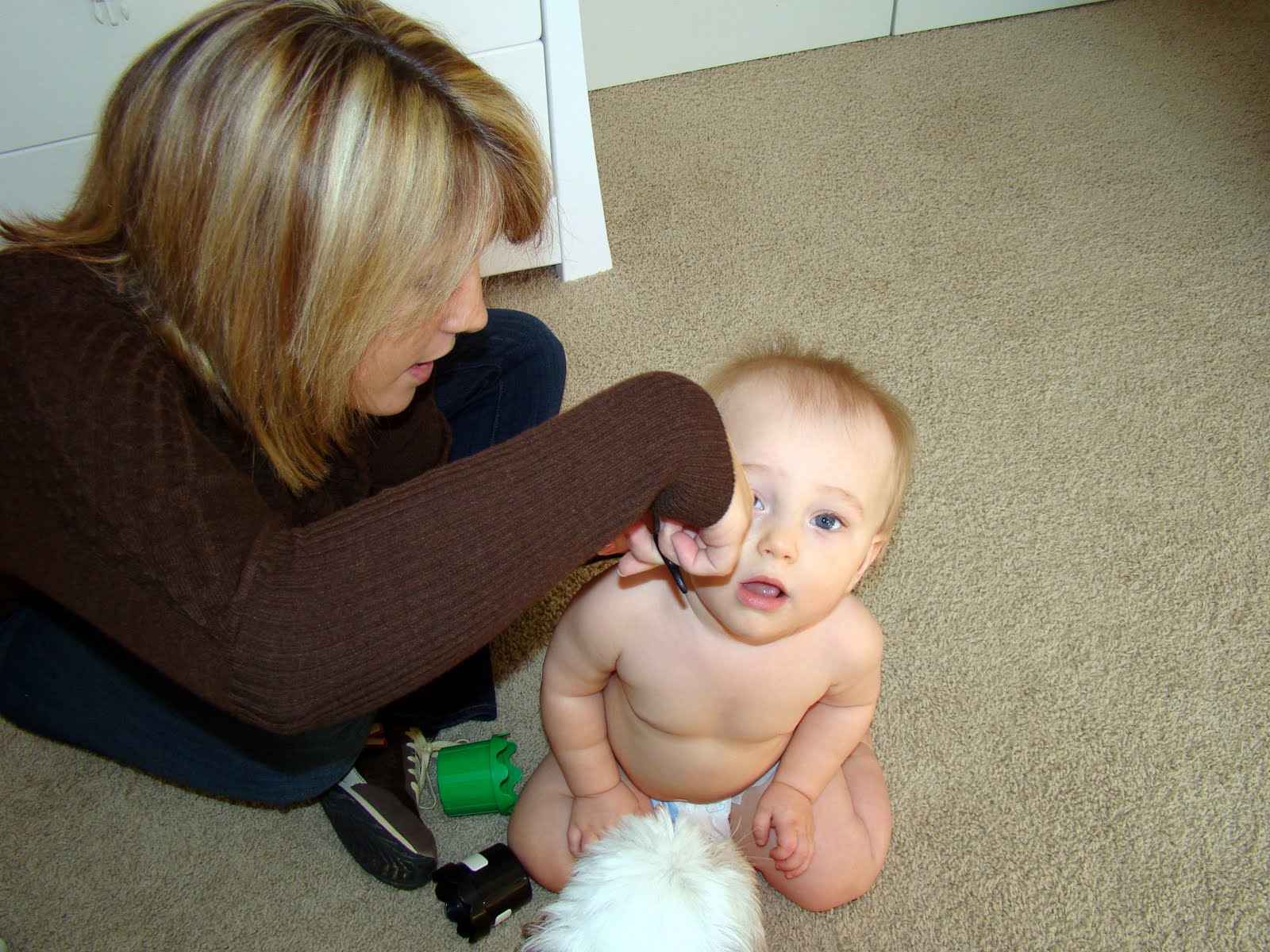 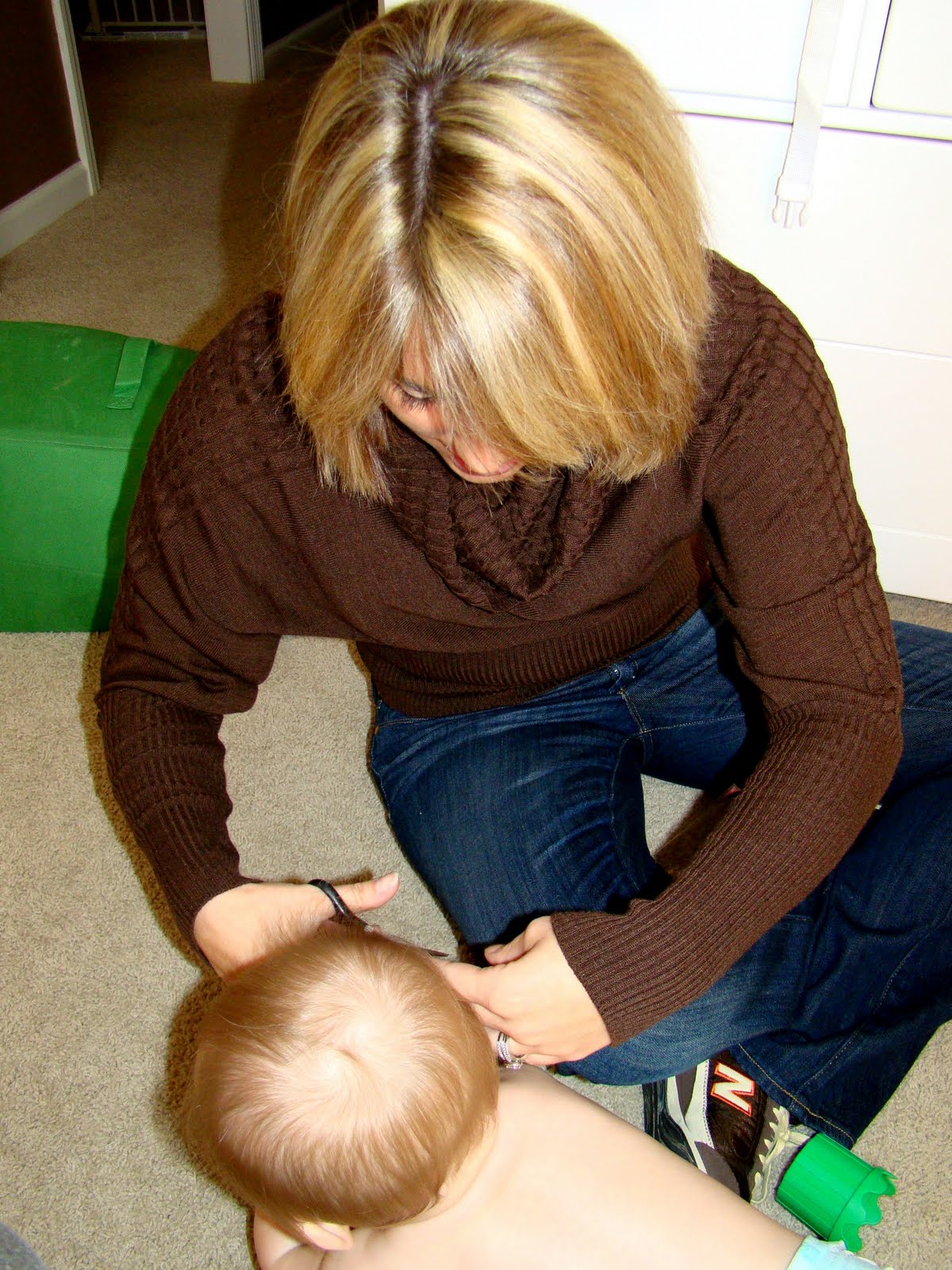 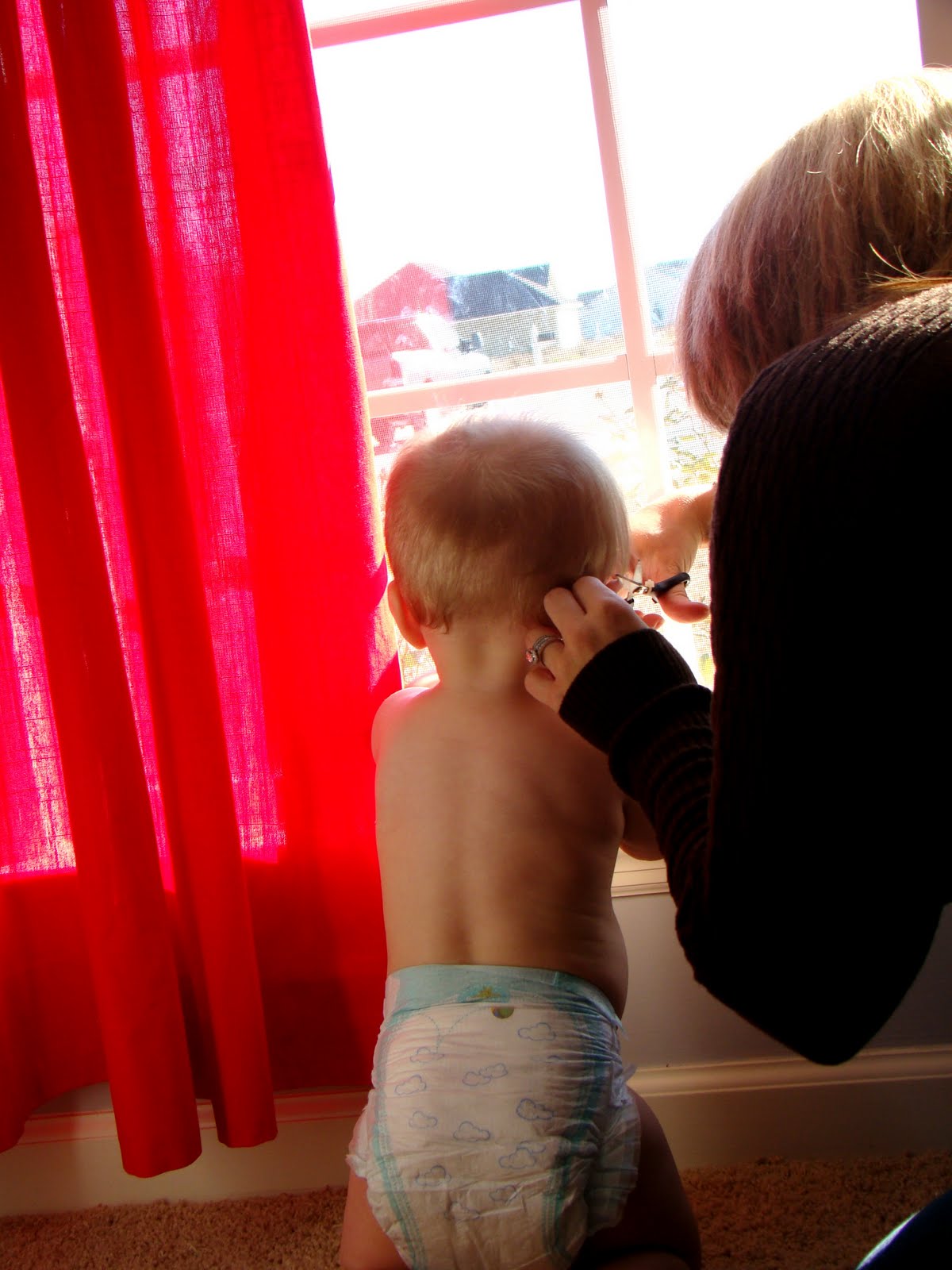 Thankfully Rachael recently cut Macy’s hair because I would have forgotten to save his “first locks.” Not that there is very much worth saving! I had to scrape little bits off my fingers to put into the bag haha. 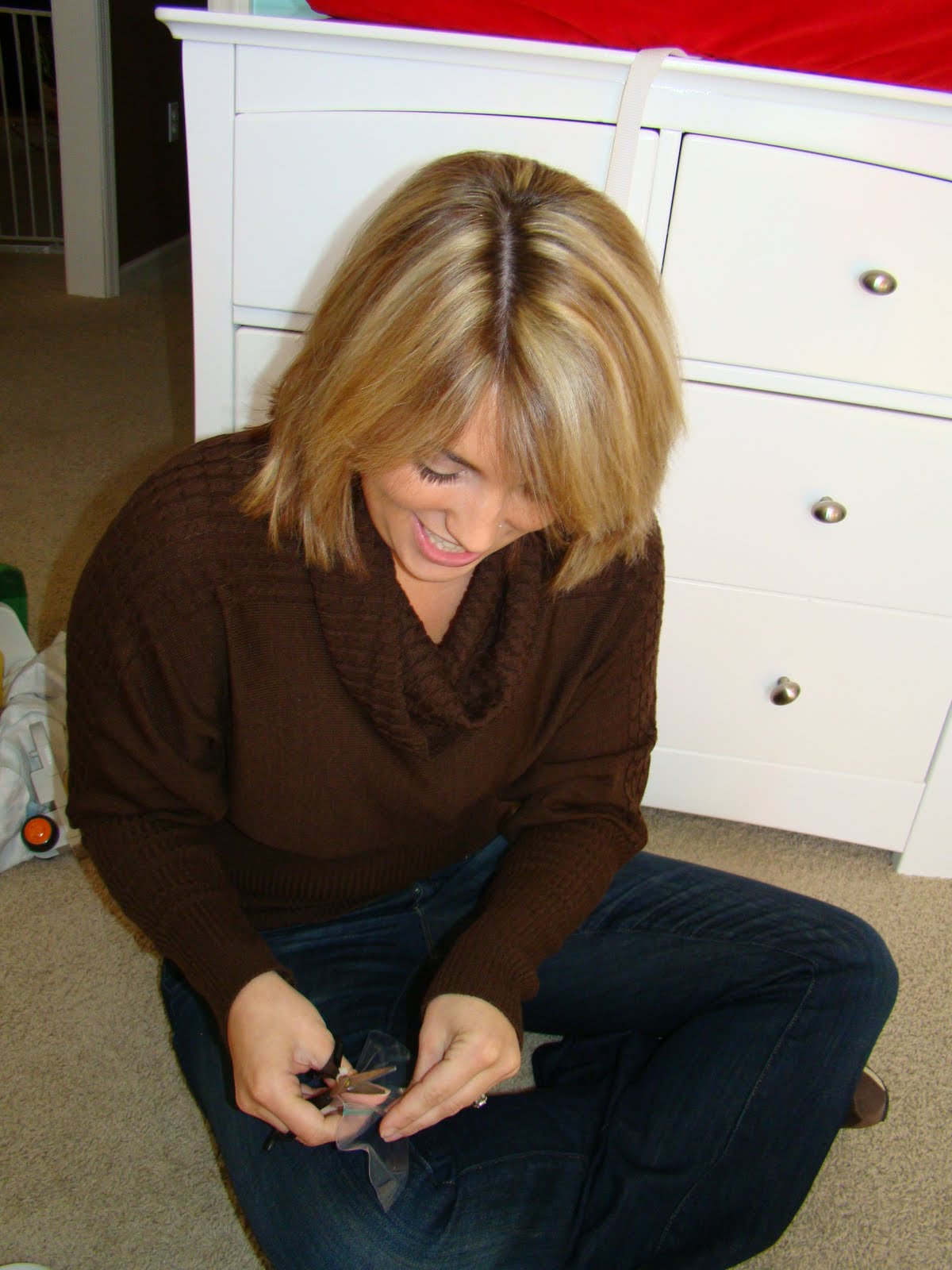 One of my many “plans to do someday” includes going to cosmetology school! I already feel like a pro 🙂 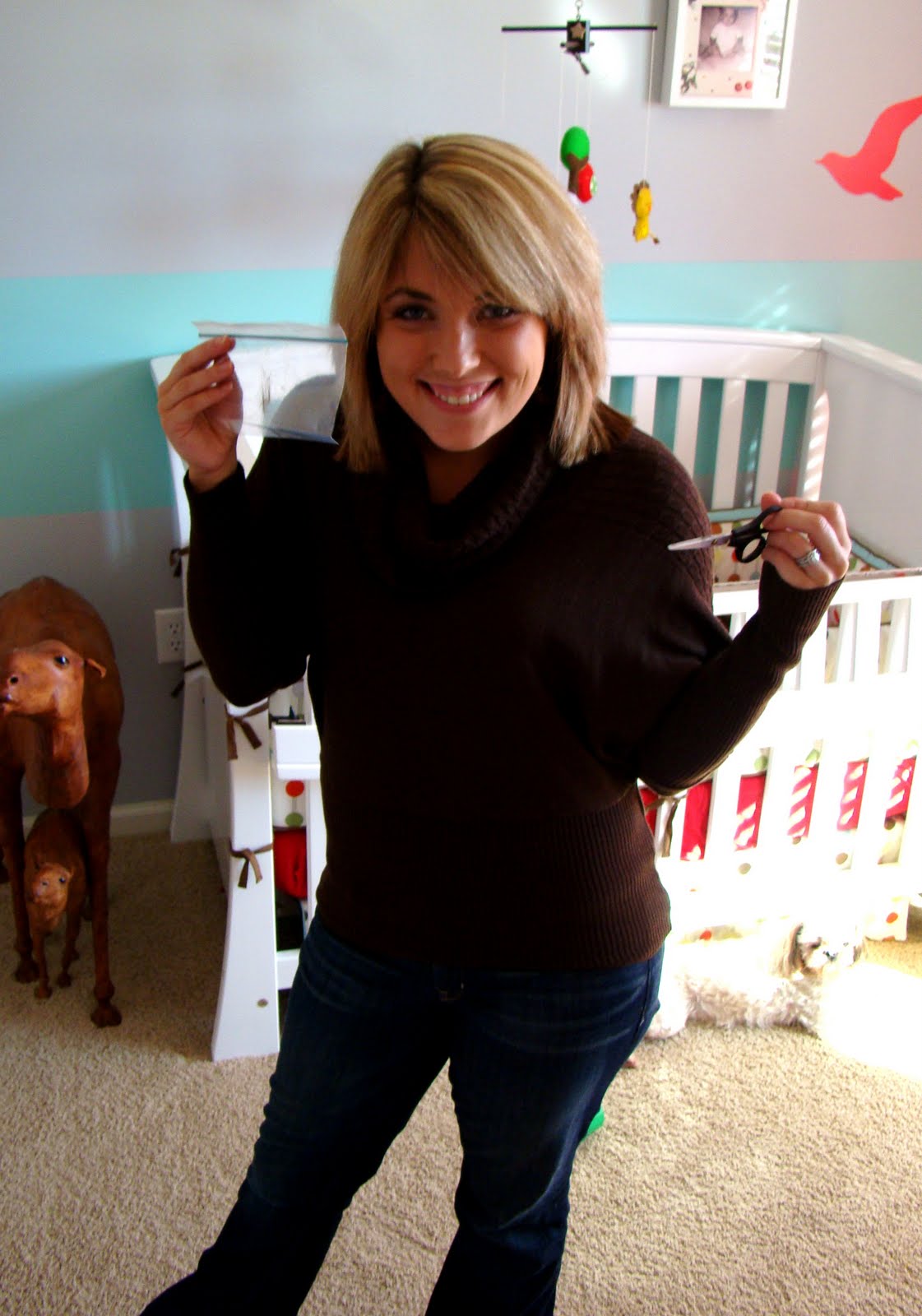 going in his baby book for sure! 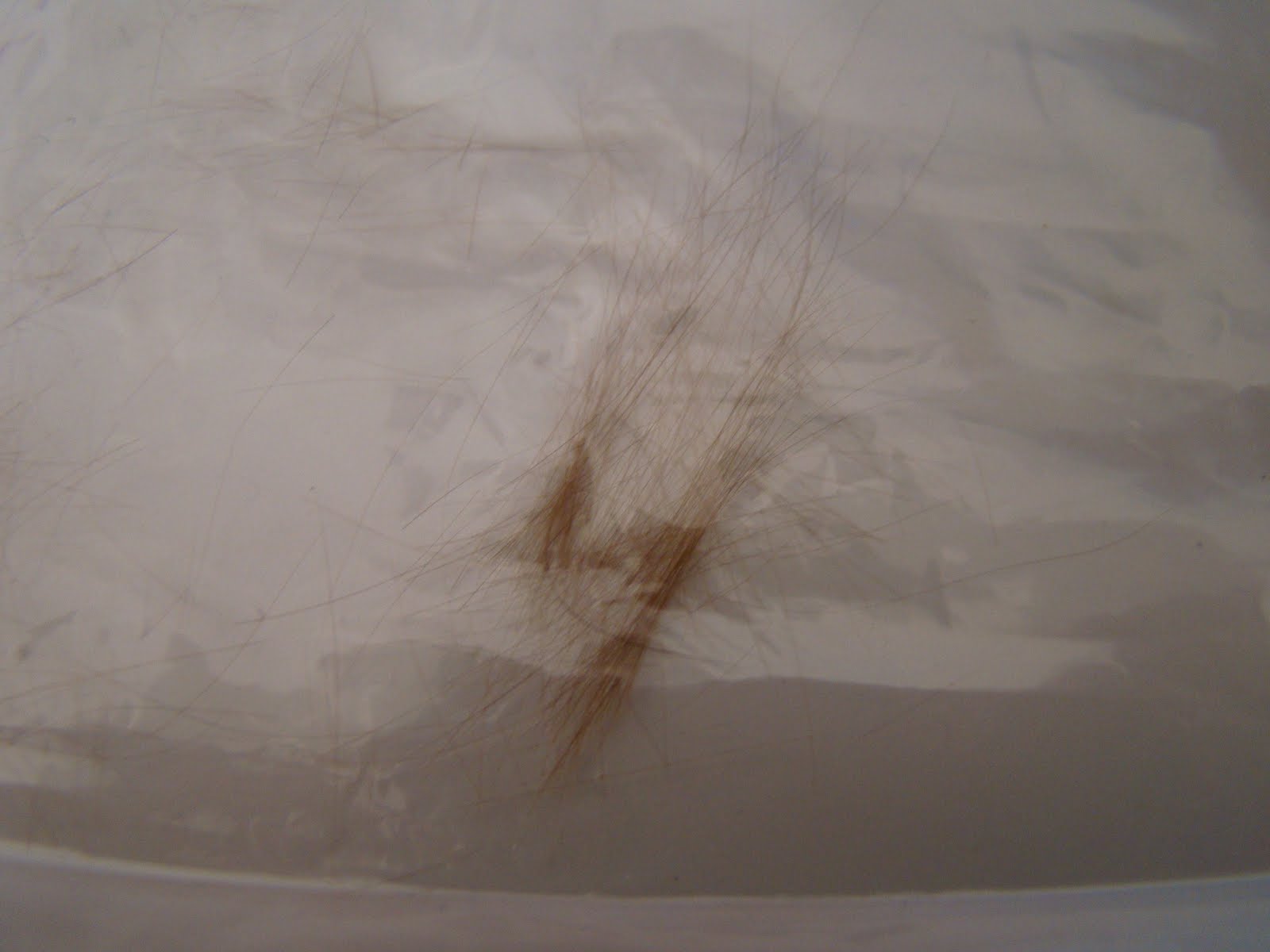 the “after” picture…not too bad huh? 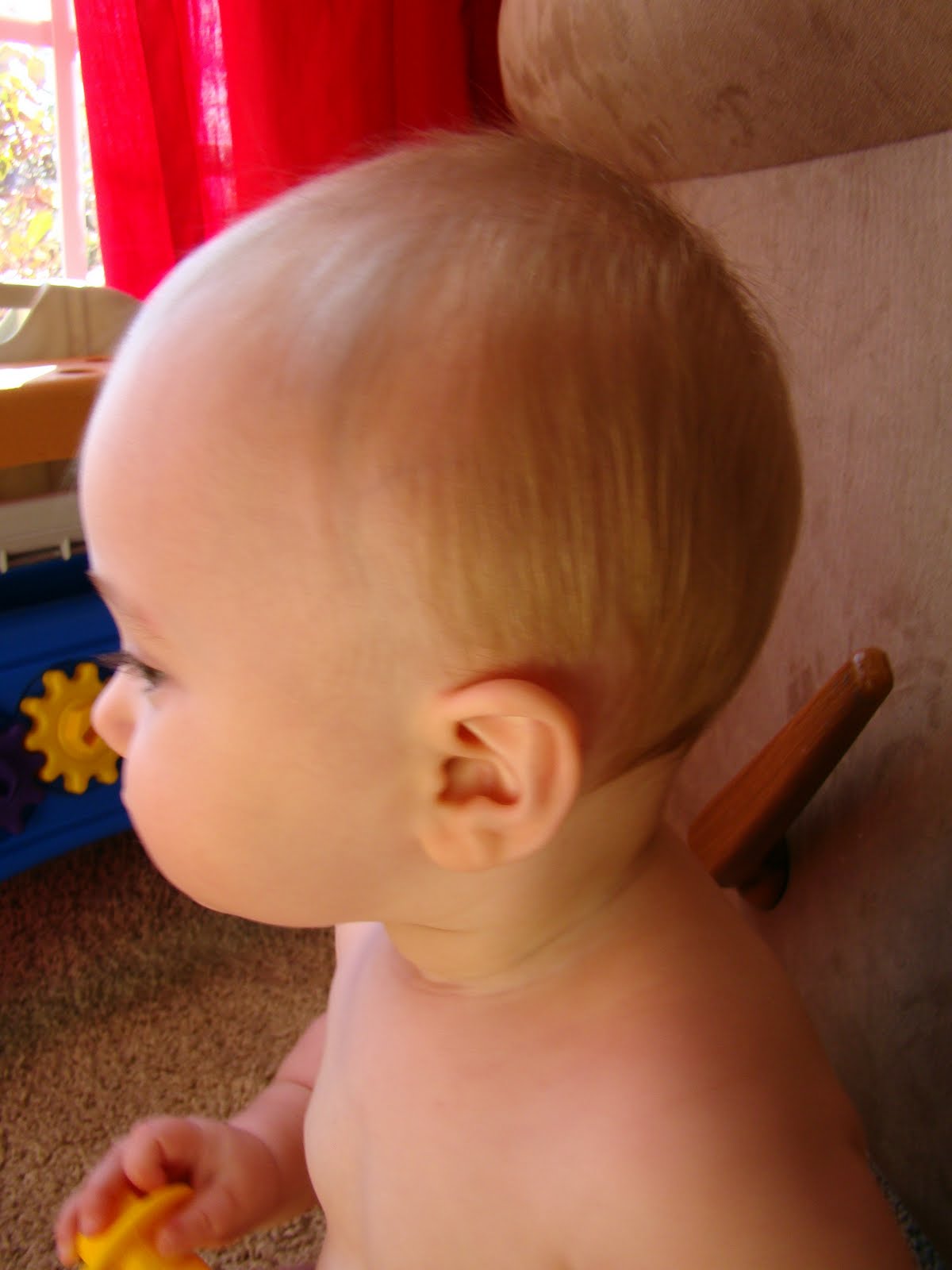