There were just TOO many pictures to fit in the Father’s Day post so I had to devote an entire entry to our fun afternoon out at the golf course. Zach loves to golf and when I was pregnant we talked about how if Clover was a boy then if we could chose a sport for him to play that we’d pick golf. It’s a great sport because it’s something he’d be able to play FOREVER! It’s funny because we hoped he’d enjoy it but haven’t even tried to push him with it at all and yet he really does love it! We got him a little golf set but he enjoys playing with Daddy’s much, much more.

Last year for Father’s Day Zach actually took Kye on his very first trip to the golf course. He took his dad along too and they had a Parker Guy Day while I threw a baby shower for Crissy! They had such a good time even though at that age I’m pretty sure Kye just slept in his car seat the whole time. This year we made it a family event and I’m glad I got to go! 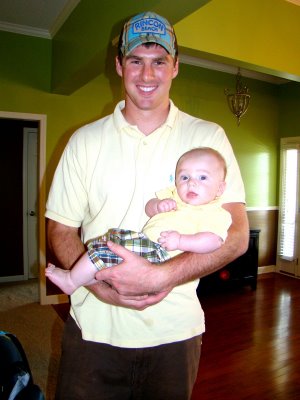 It was seriously 100 degrees out and we went out to the golf course at like 3:30. I was drenched in sweat by the end of it (and we were only out there an hour!) but it was all worth it to see my two favorite guys have so much fun together! 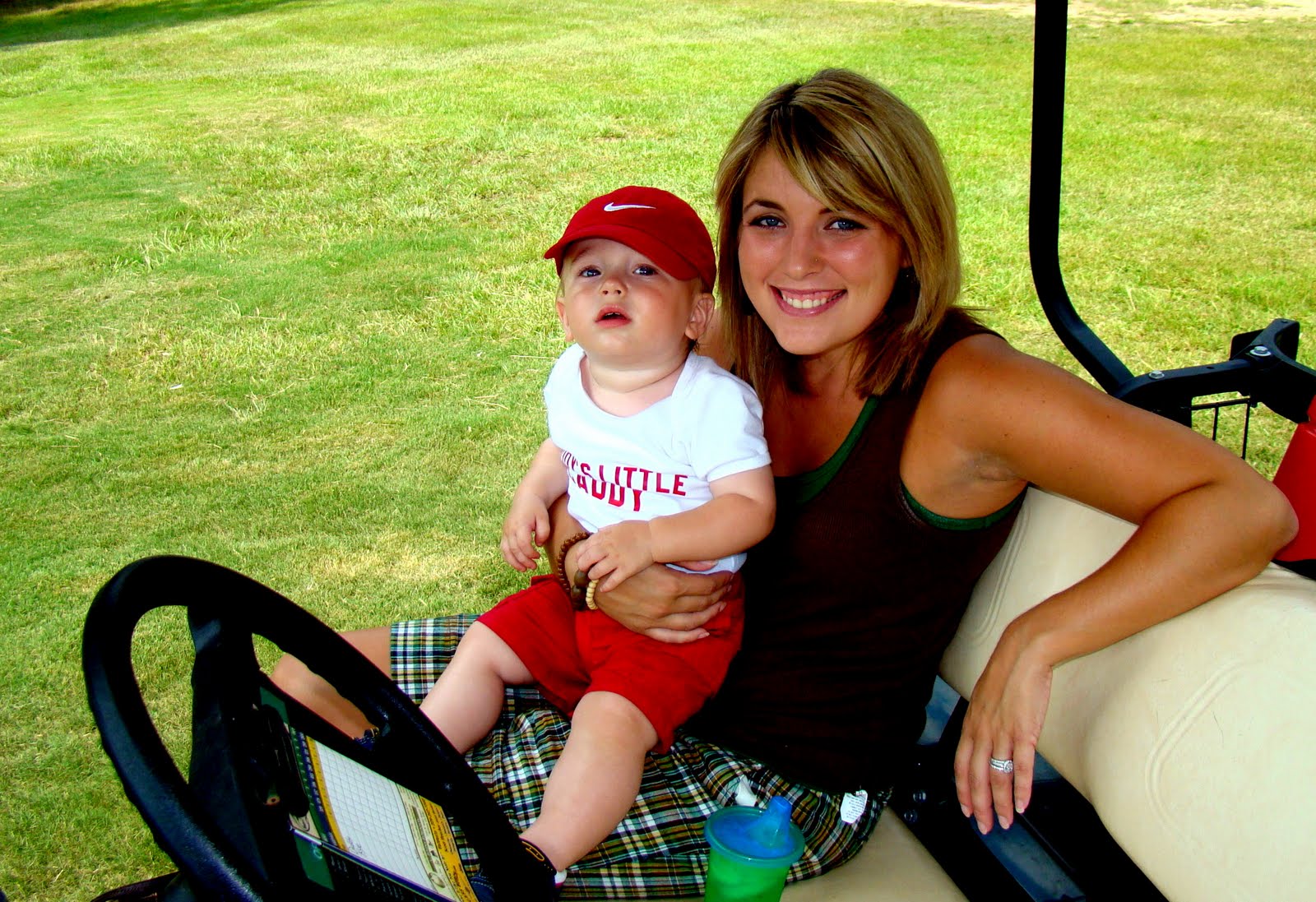 I told Zach to get a picture of us pre-sweat 🙂 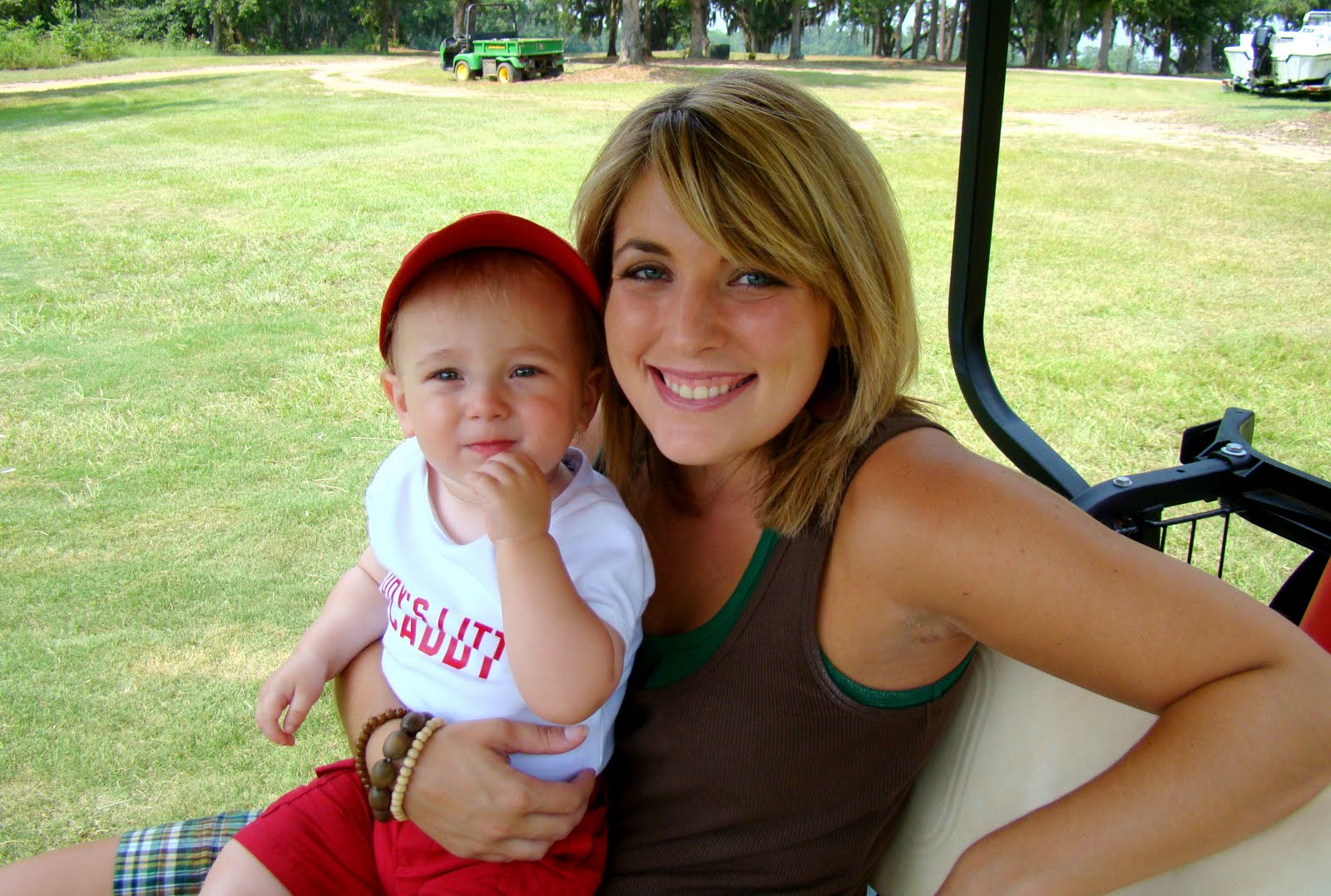 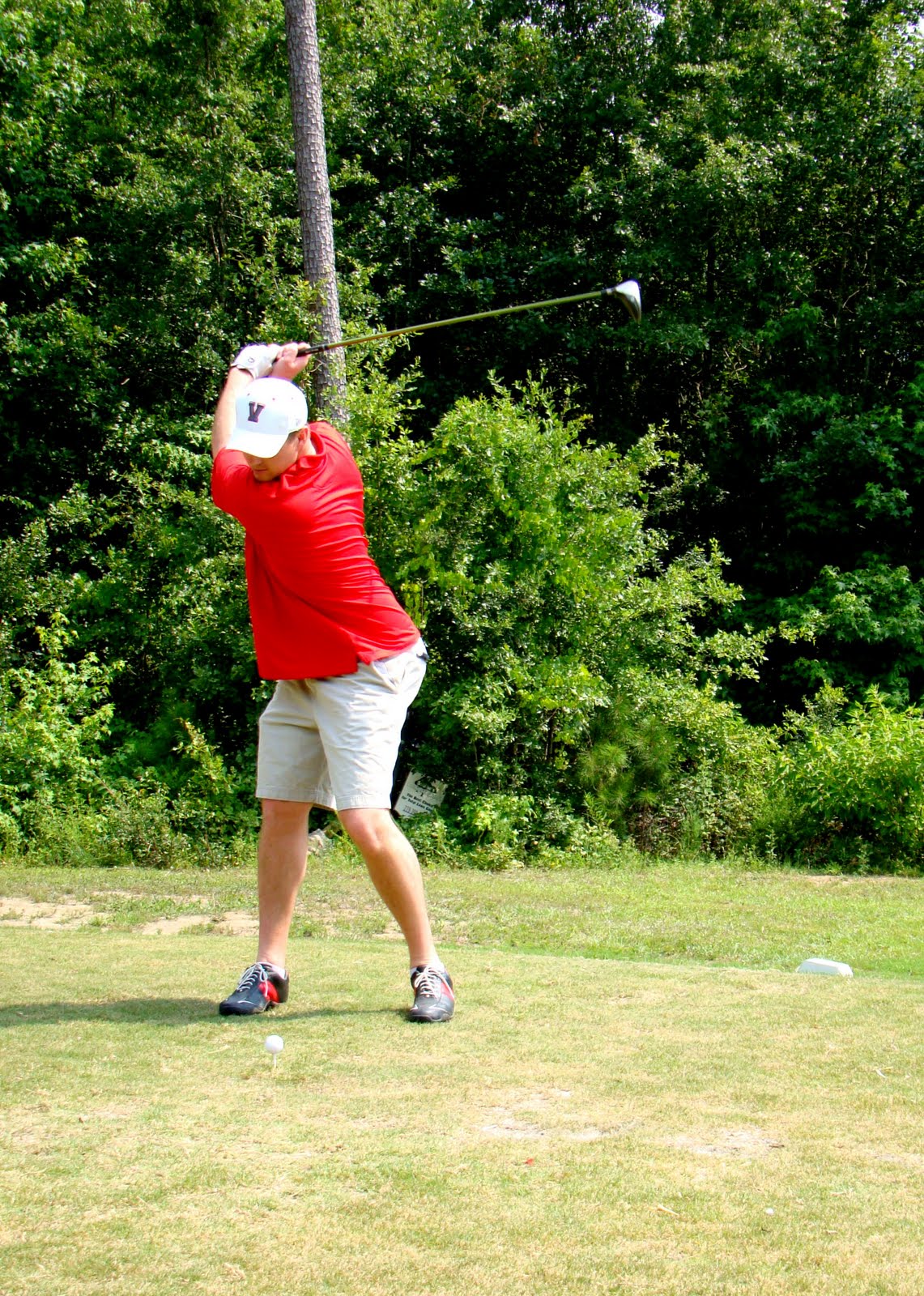 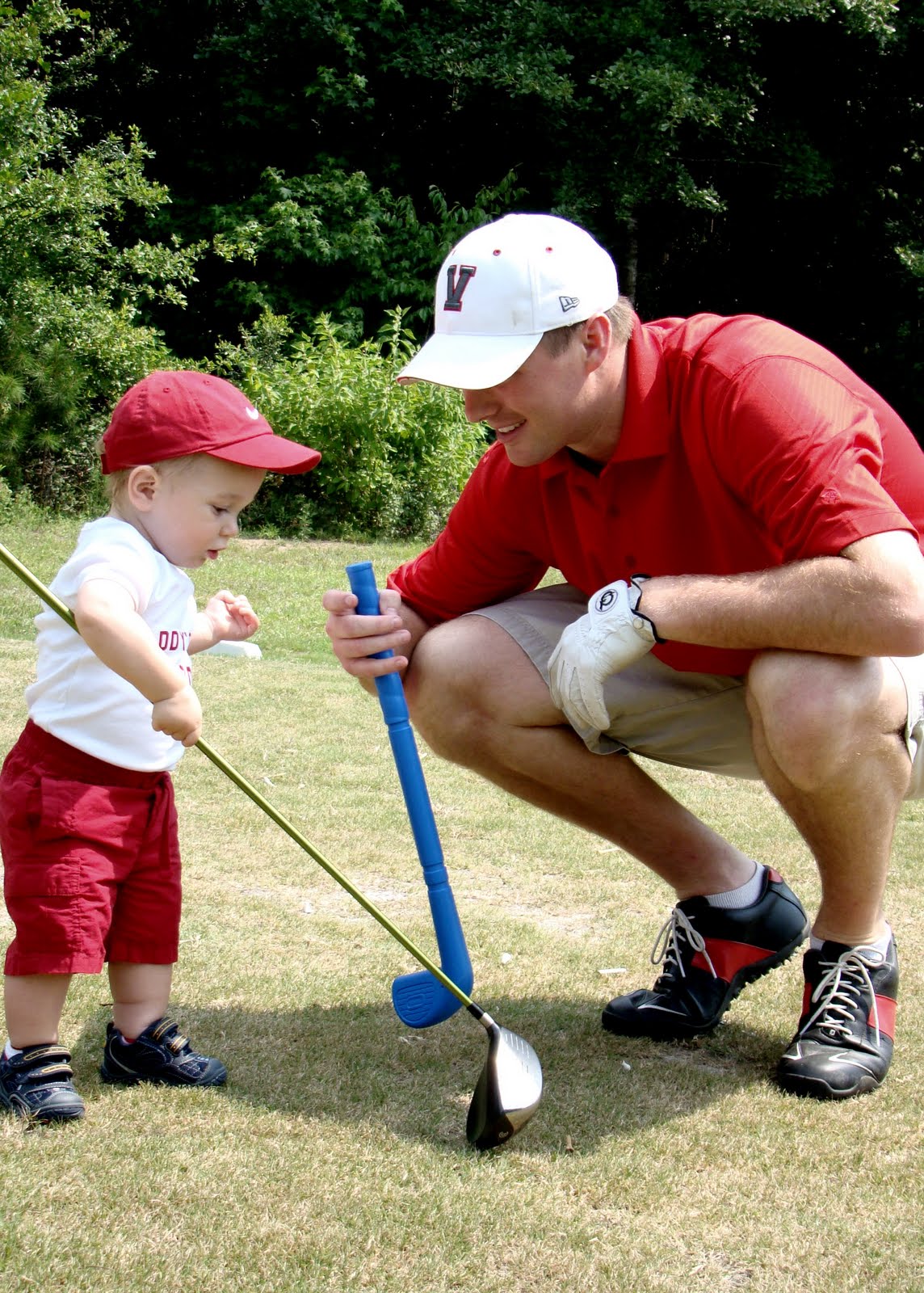 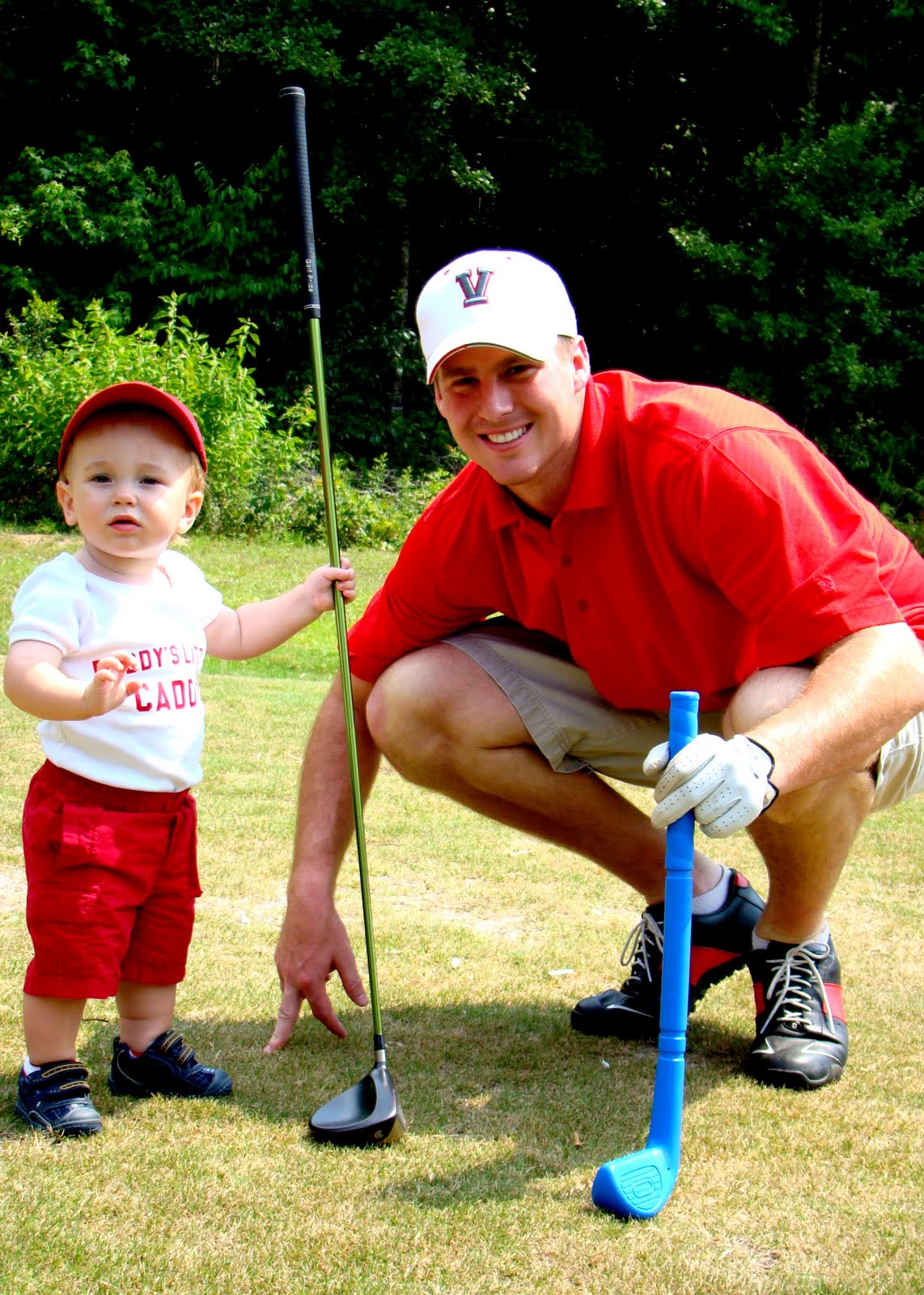 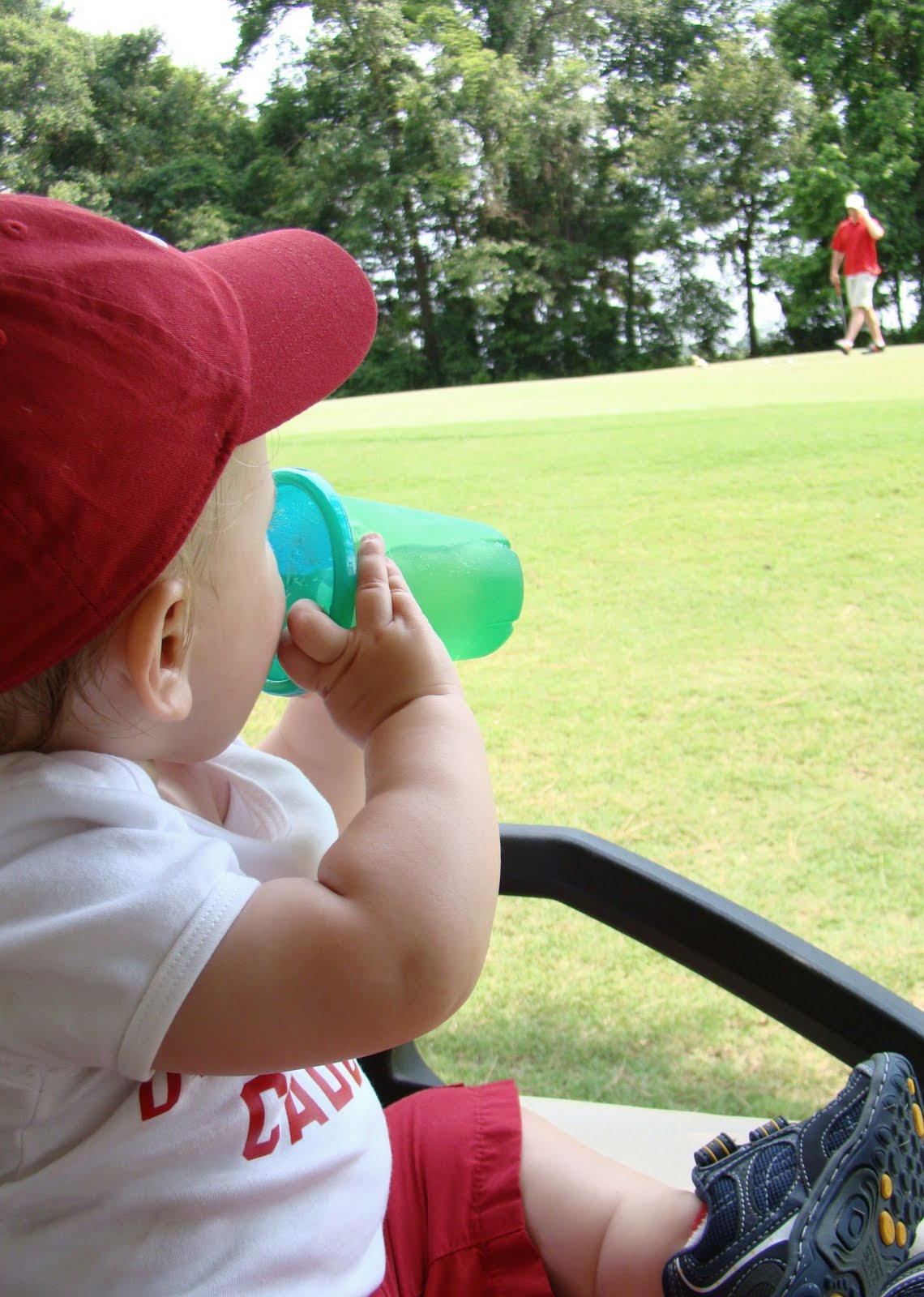 love the look of the two “golf bags” together 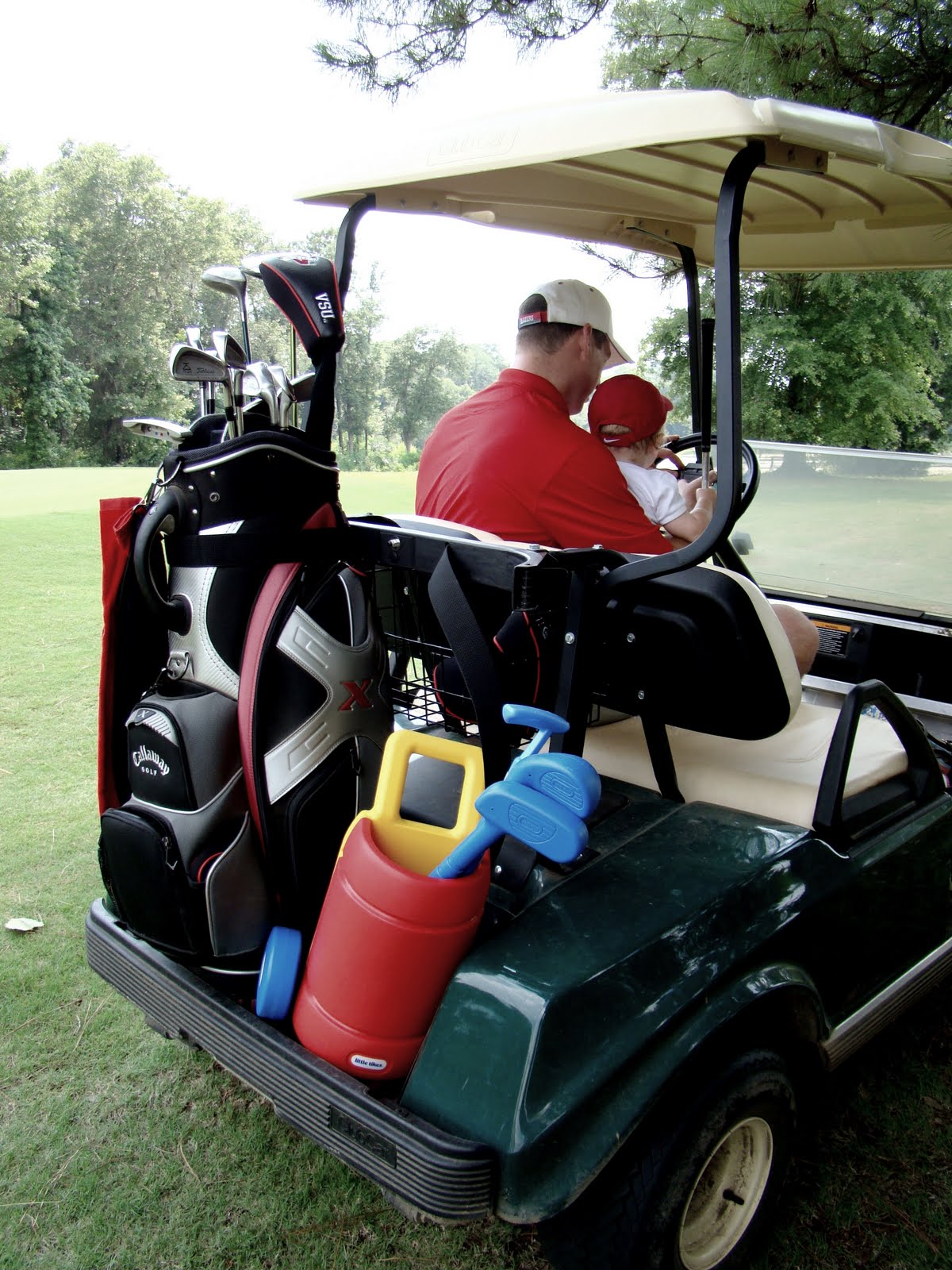 Kye caught on quickly to score keeping. Every time he’d get done hitting and would be back in the cart he’d try to get the score card down! 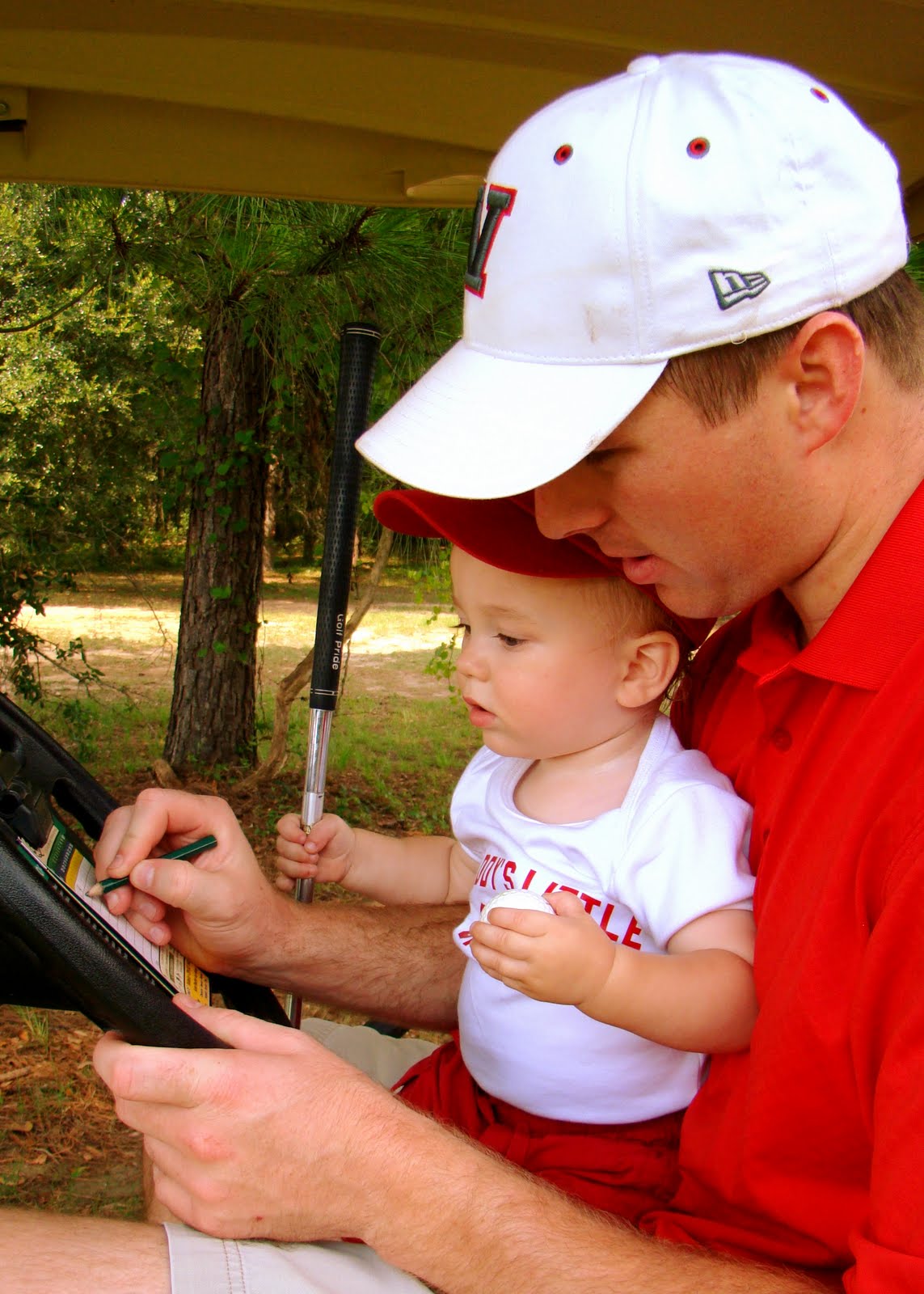 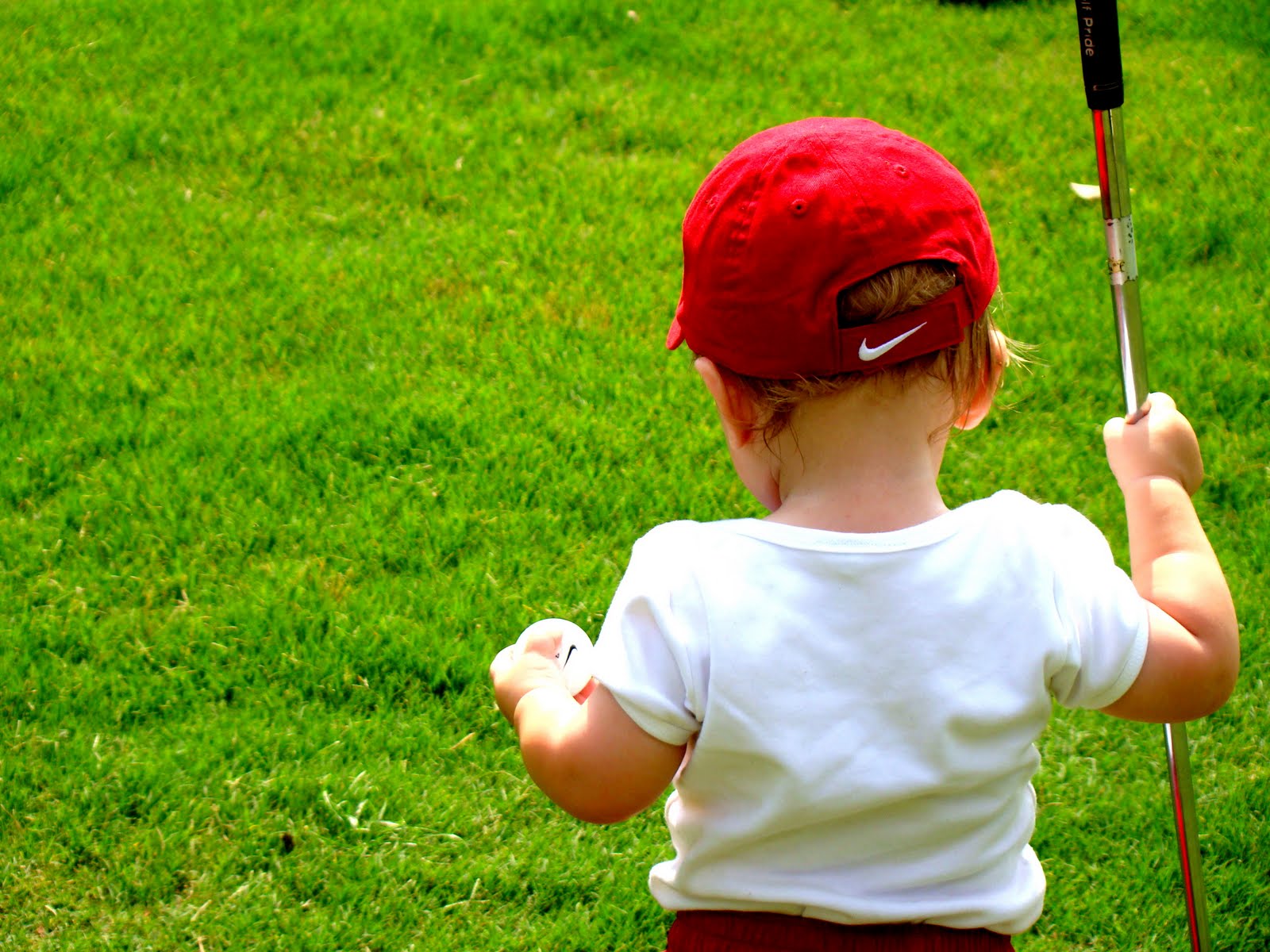 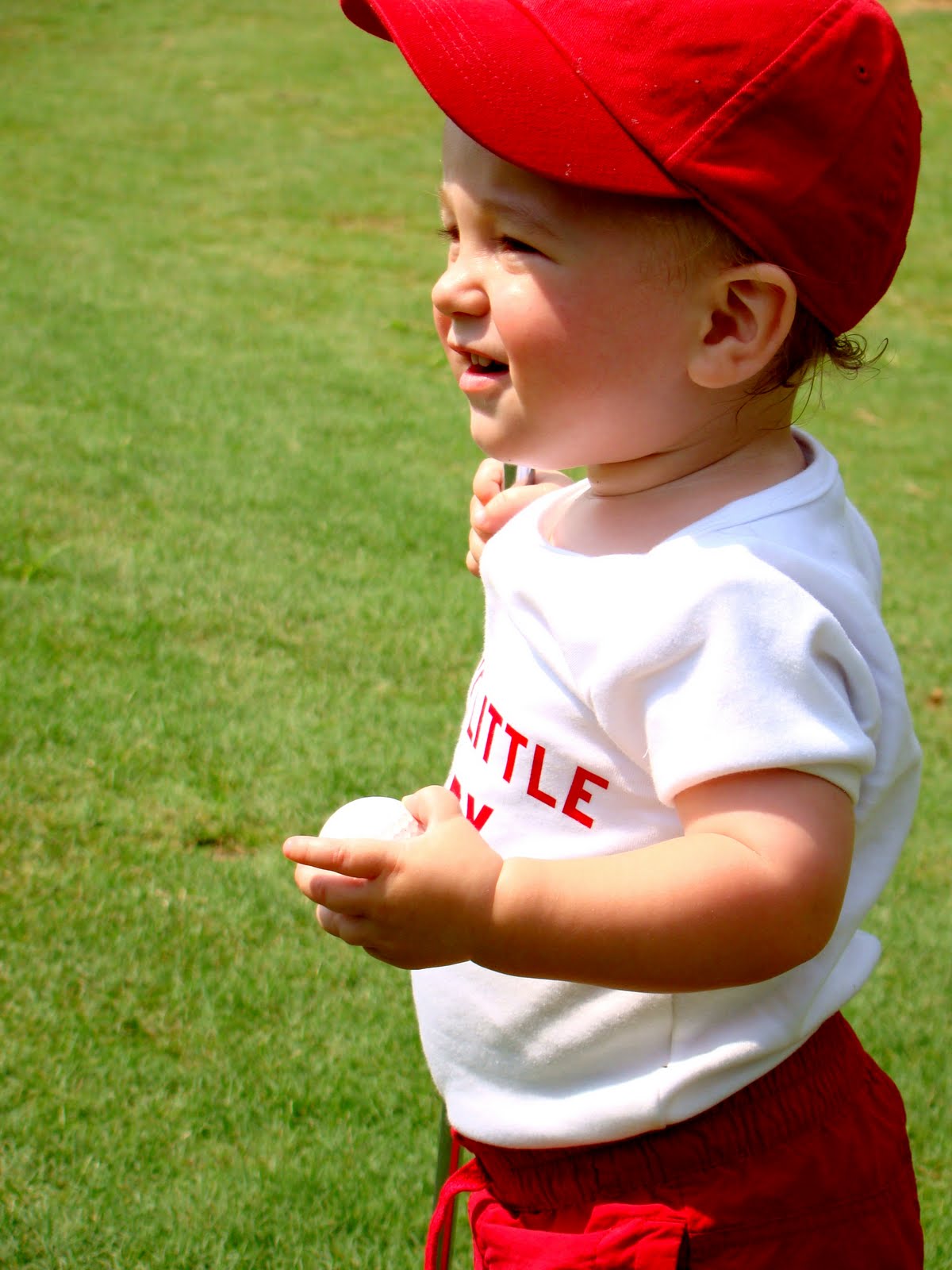 Zach has been teaching him to always watch the ball 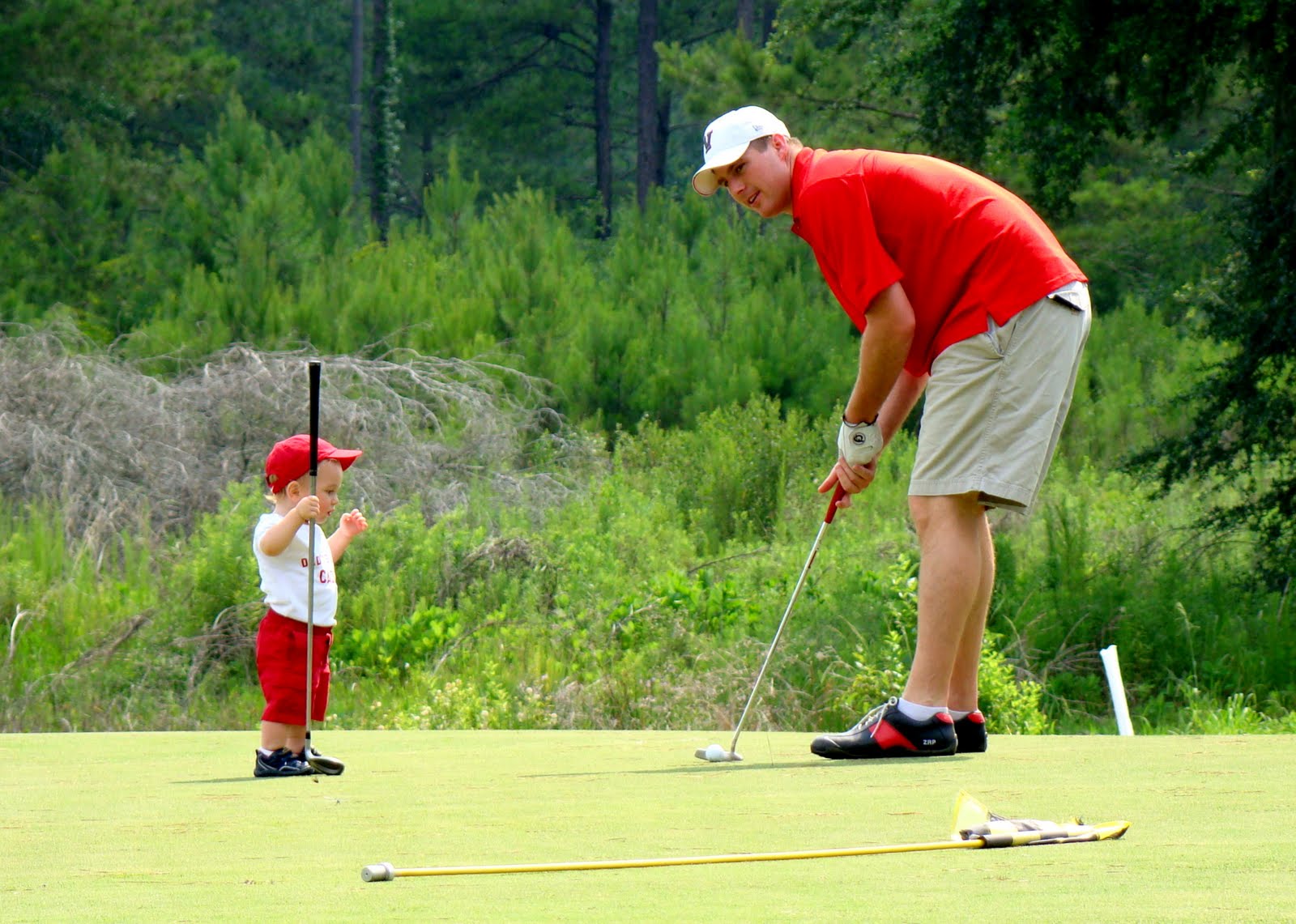 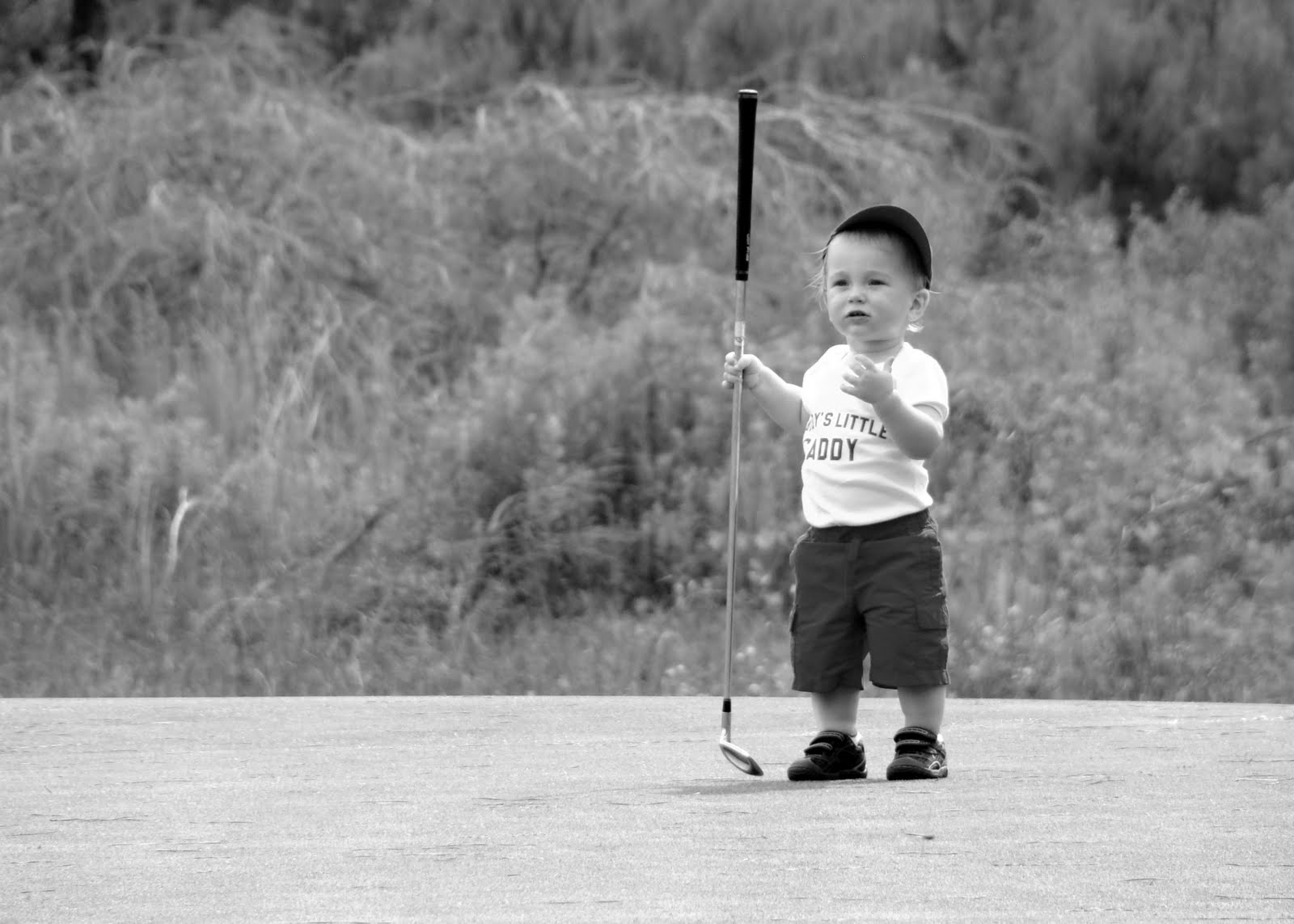 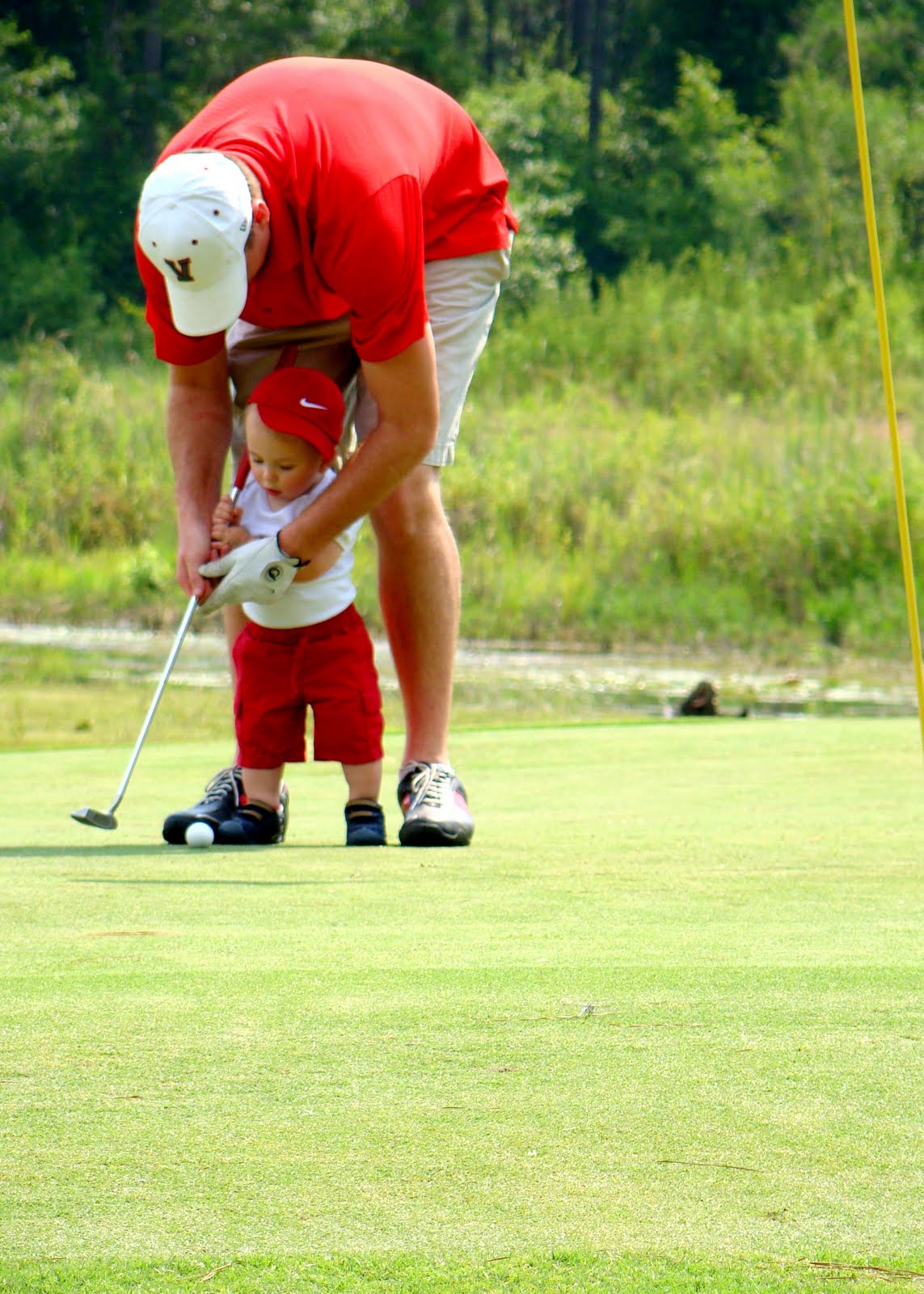 playing the “caddy” role to perfection 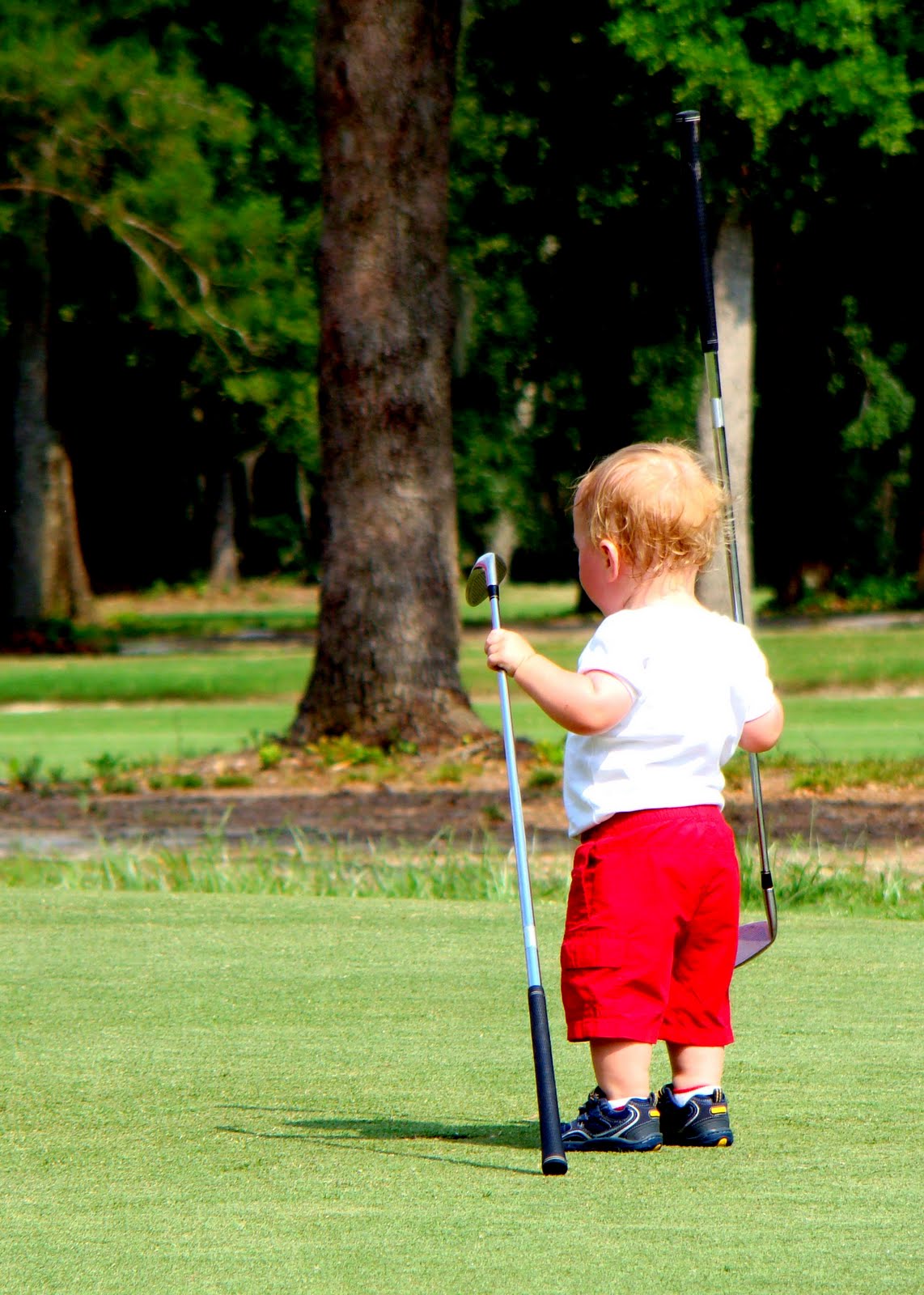 “Daddy’s Little Caddy” (a Christmas present he can finally put to good use!) 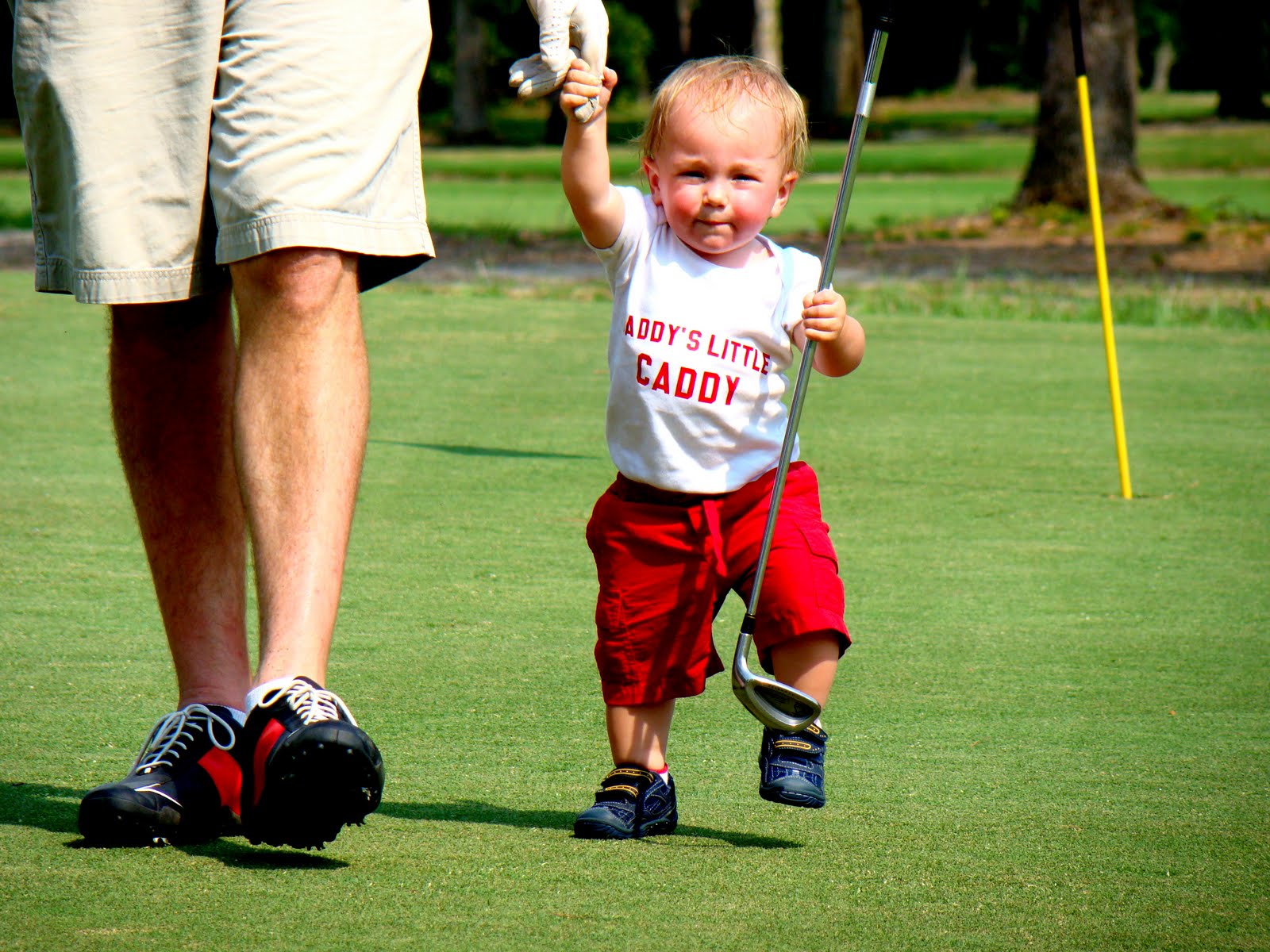 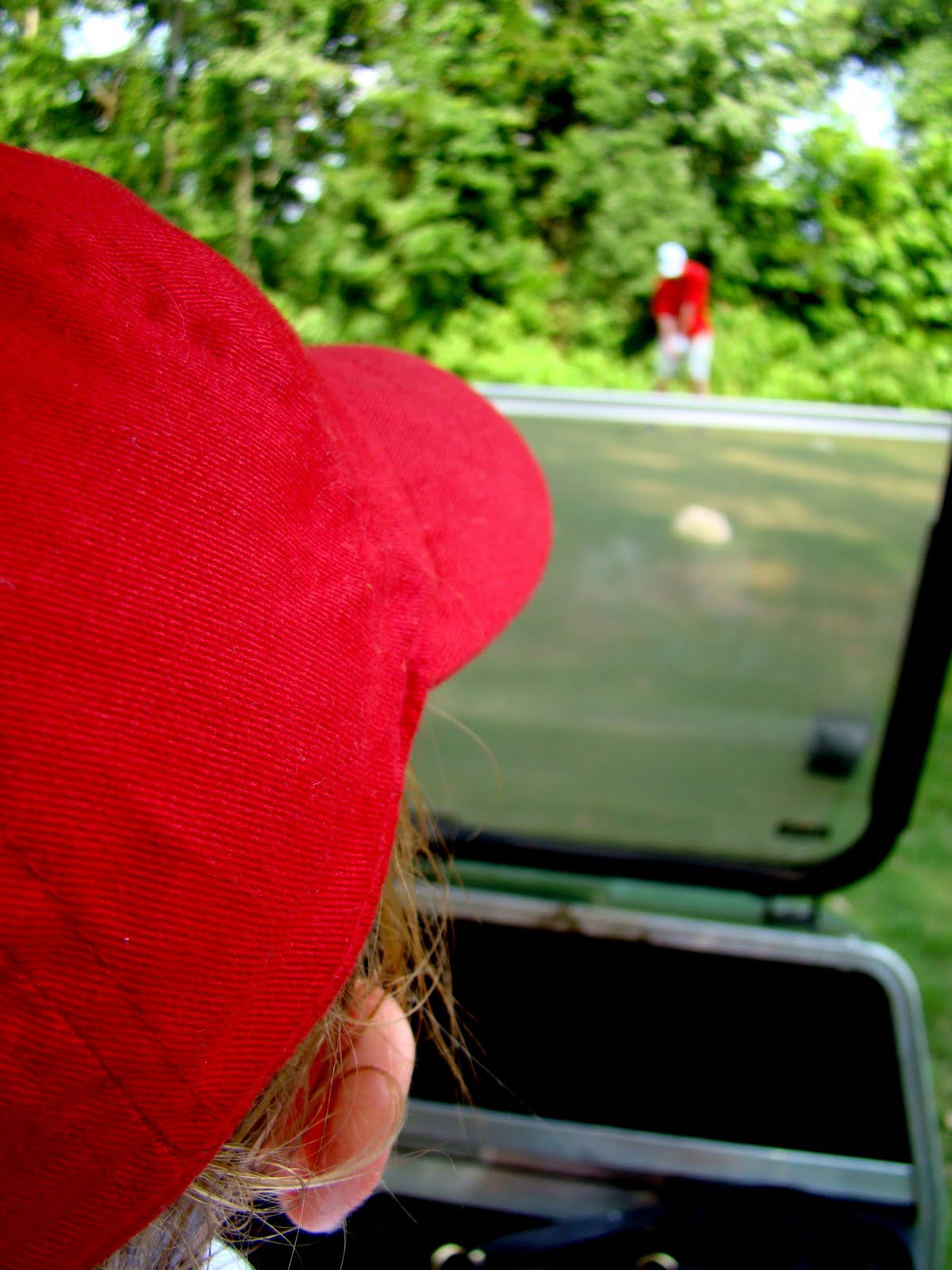 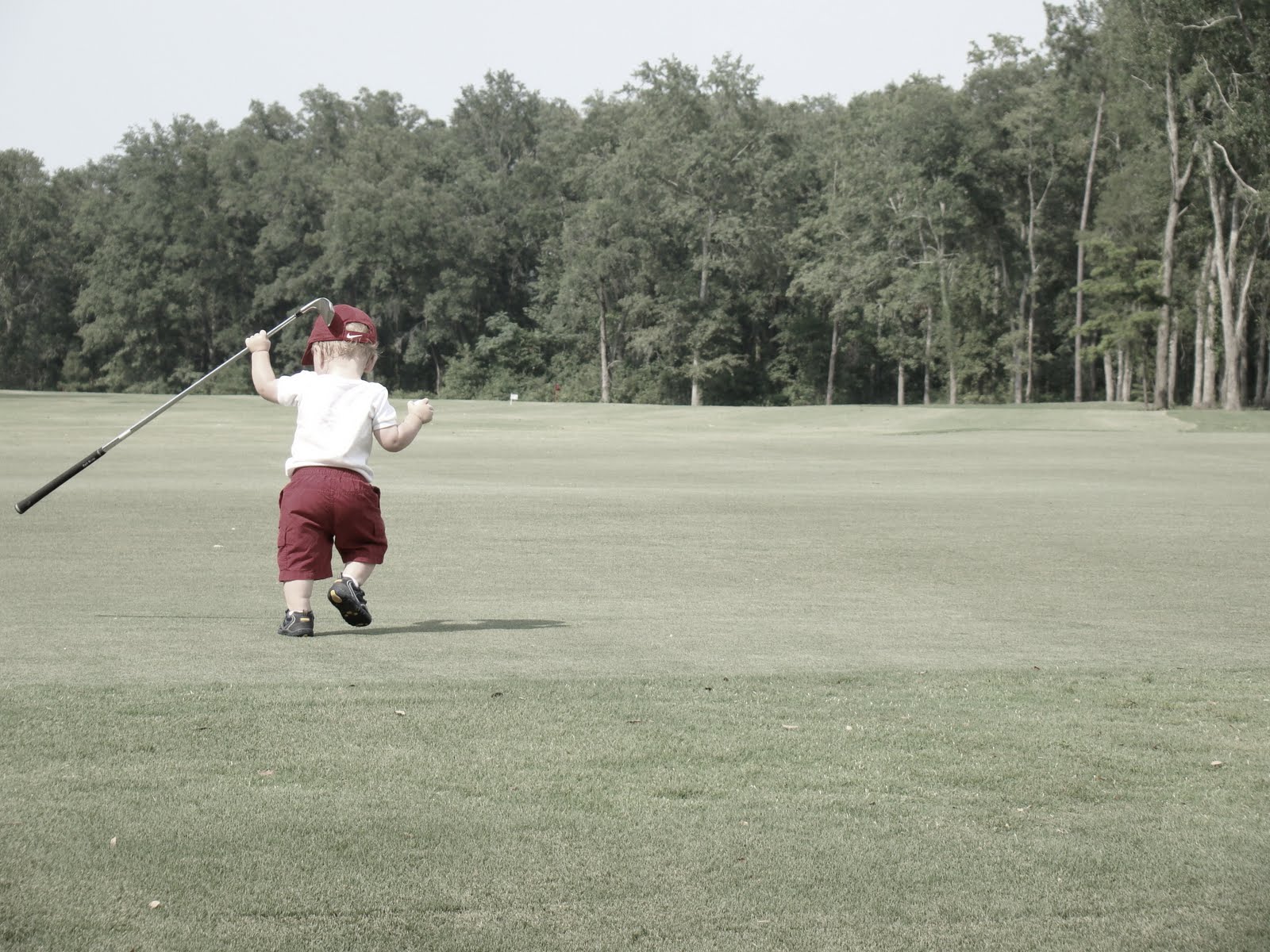 have I ever told you how I couldn’t live without my I-Fan? 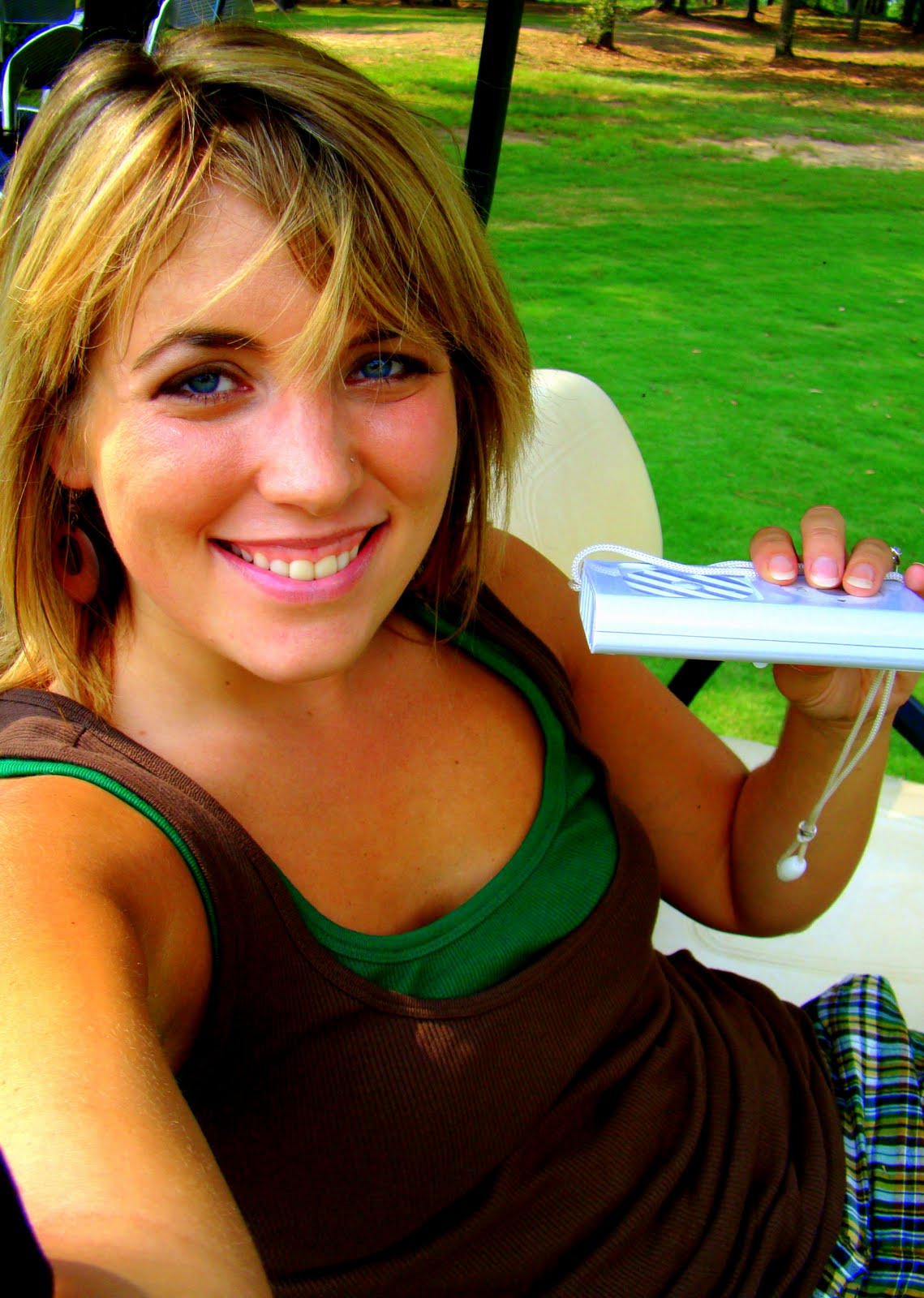 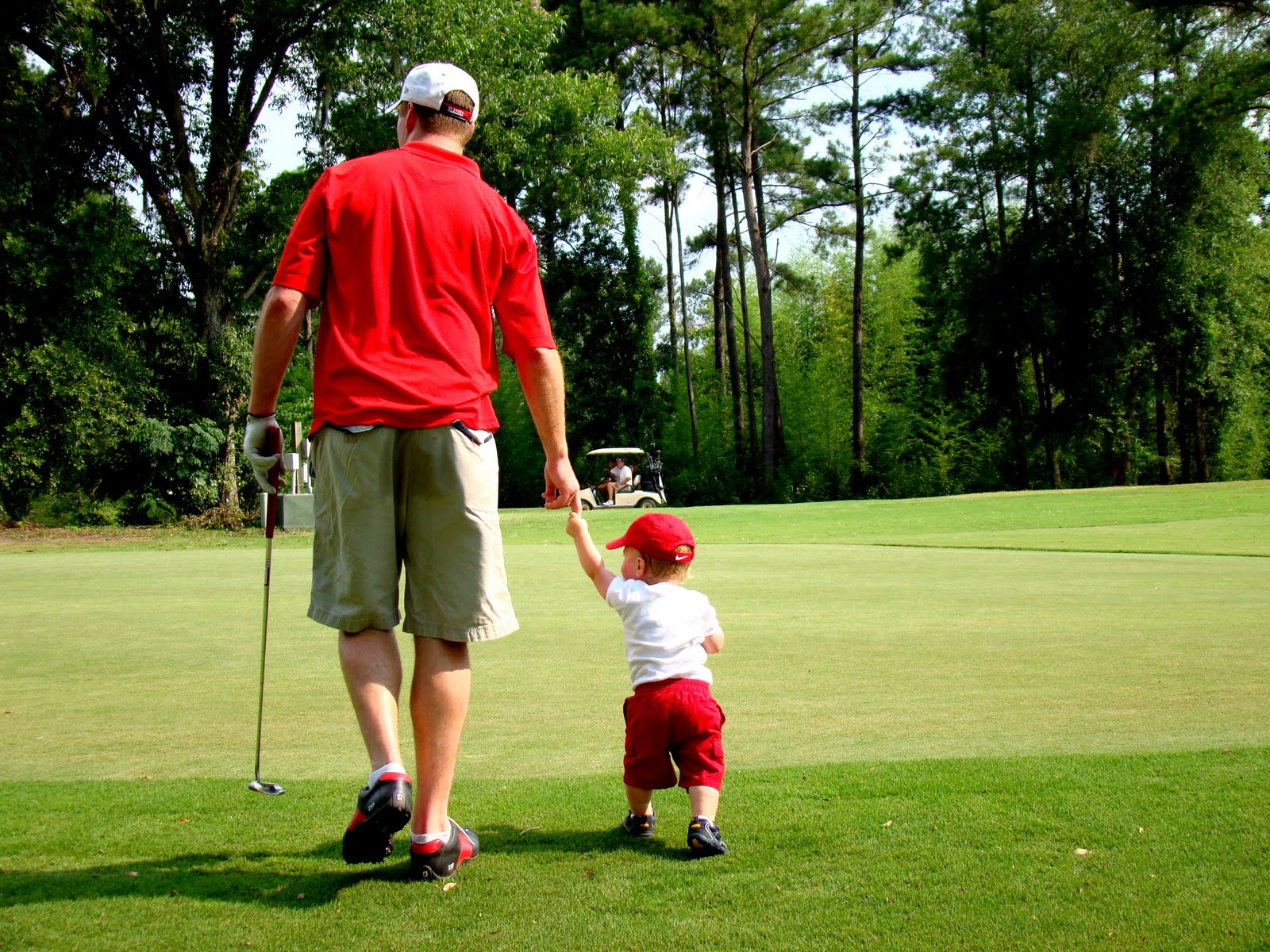 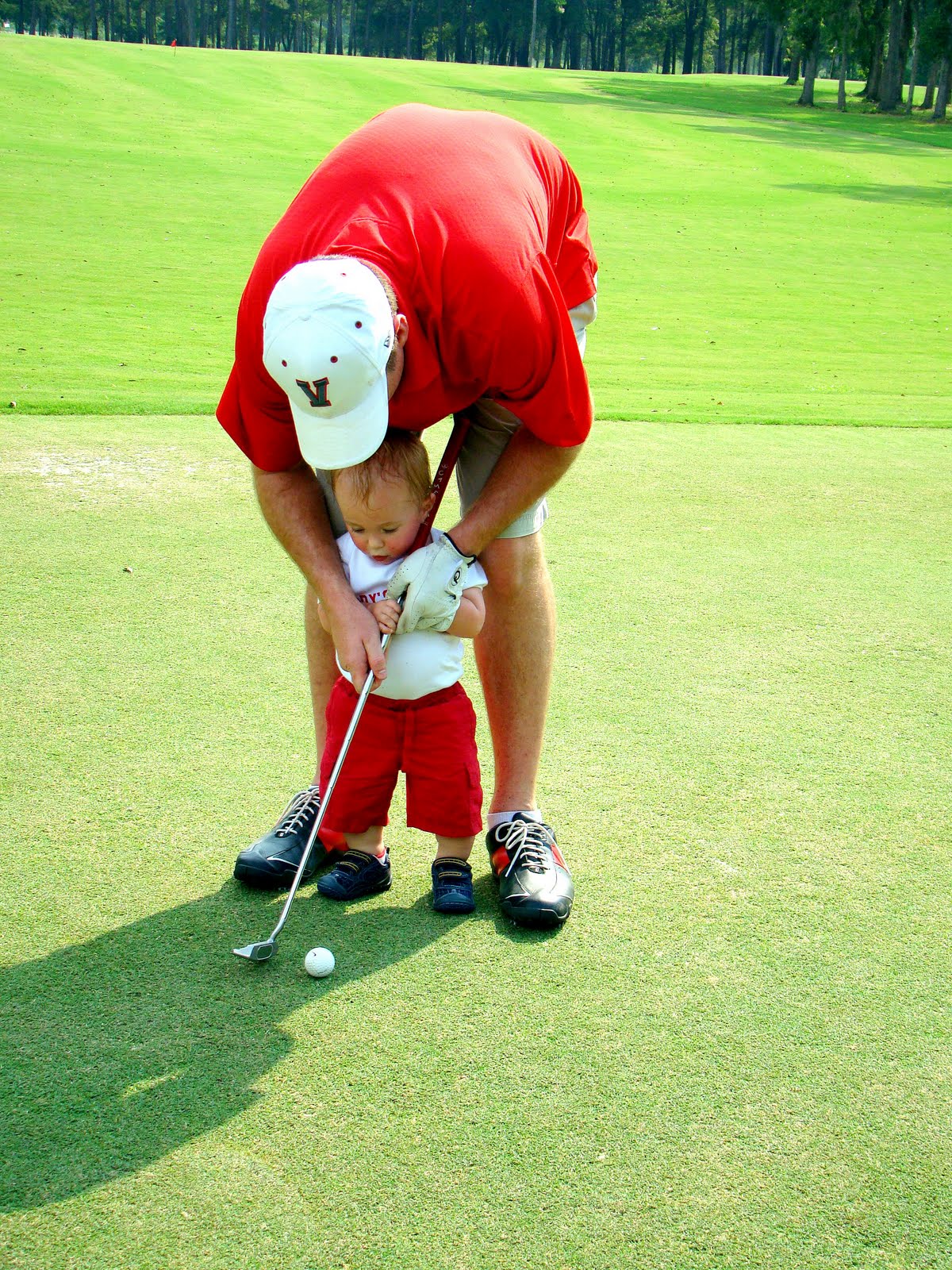 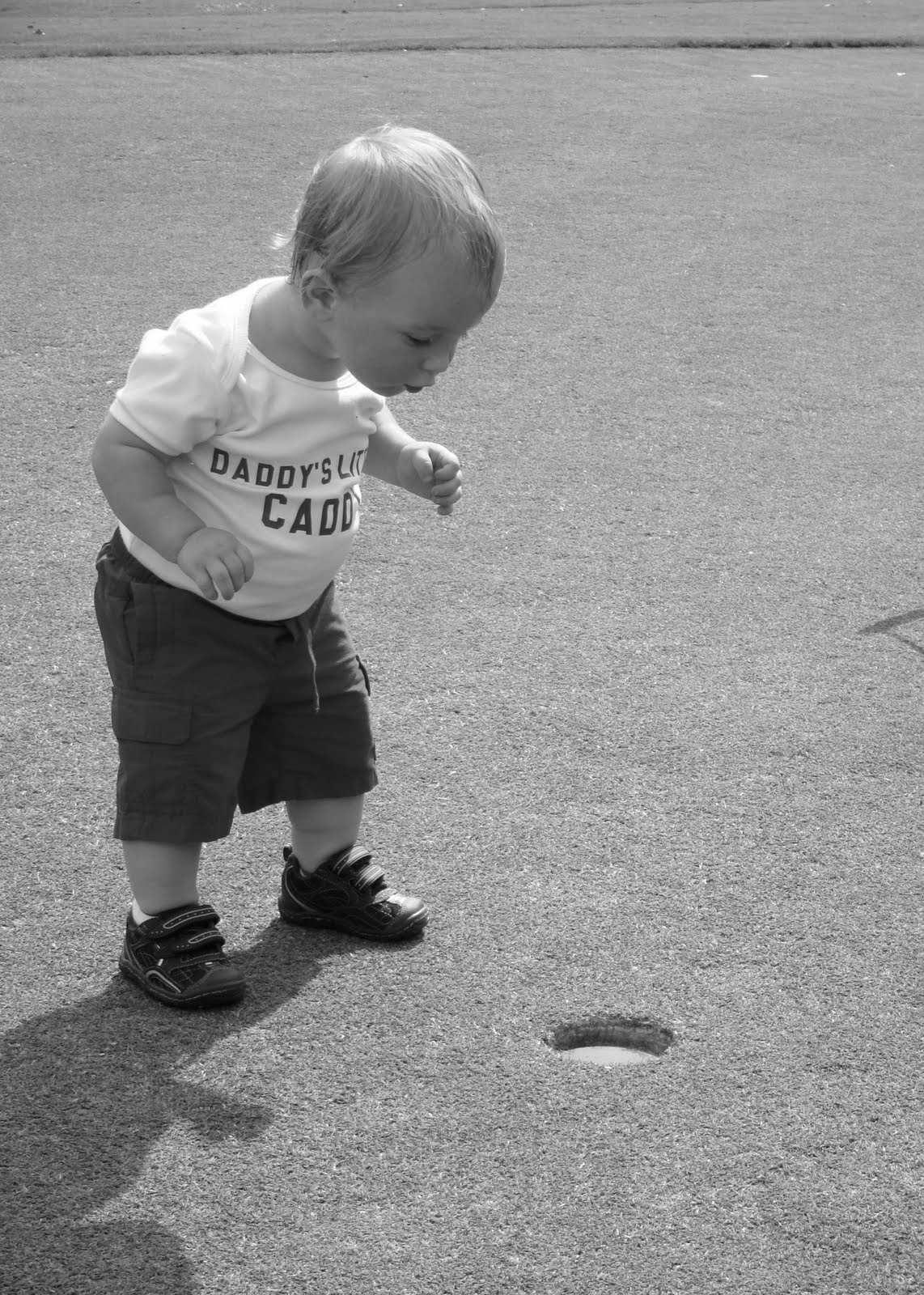 time to head back for dinner 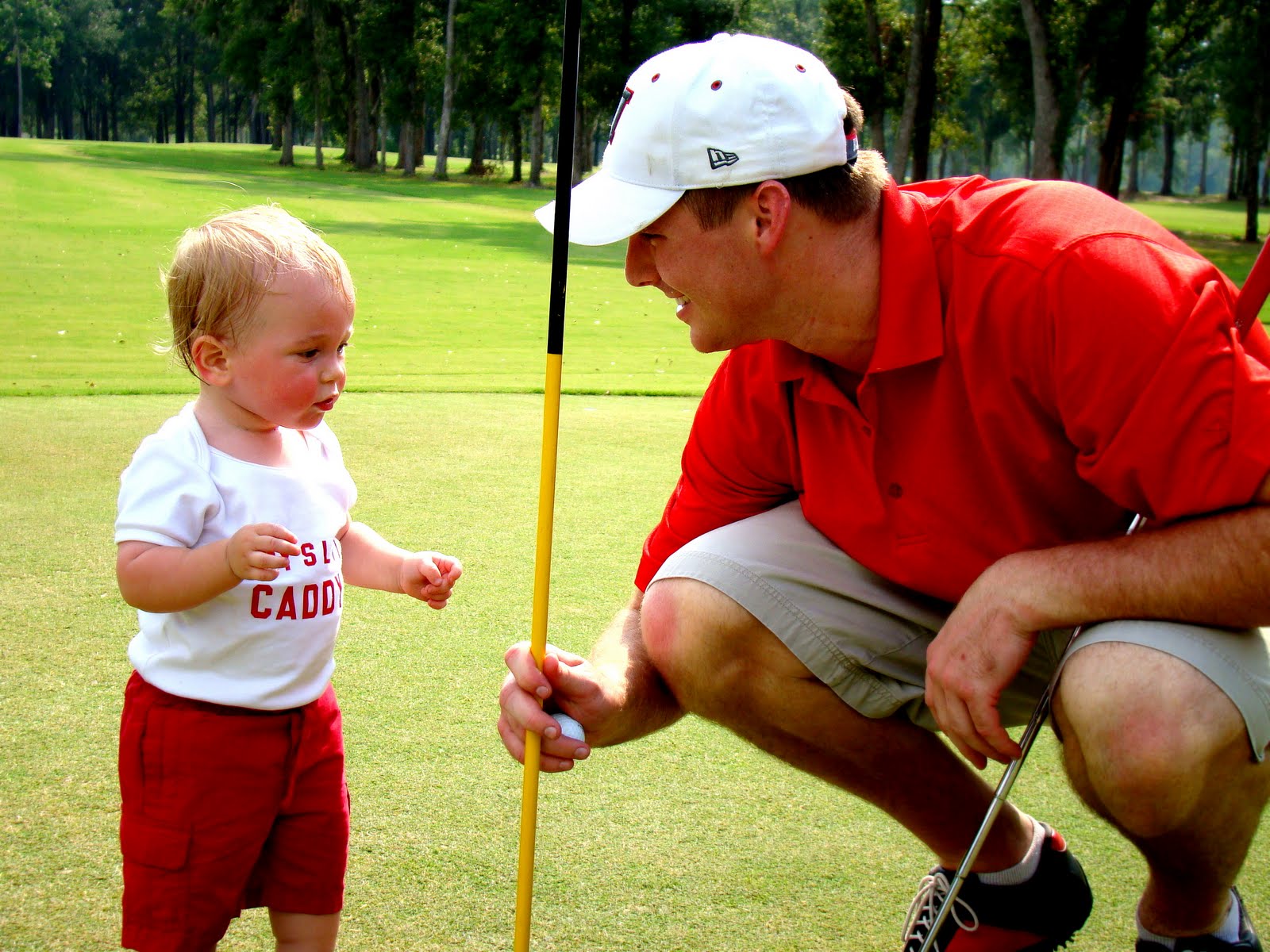 As you can tell we had a GREAT time. I’m really glad I went as it was so neat getting to see Zach and Kye have such a blast together. It’s so cool that Kye is old enough to LIKE things and enjoy stuff ya know? I’m sure there will be many more family golf days in our future…I just hope it’s not as hot!