This past weekend was a nice one at home! We’ll actually be in town EVERY weekend in February so I’d better get used to it haha.

Saturday I went grocery shopping then Zach watched Kye ALL day for me so I could run errands and enjoy some girl time! I went to lunch with Heather, a friend from church, and dinner with Robyn! I had SUCH a great time and hope we can do it again soon 🙂

Sunday we had Spiritual Enrichment Groups at church so we met with ours after services in the morning and evening services were canceled. We had a free afternoon! We decided to check off an item on the yearly goal list and FINALLY go on a family bike ride!

all ready to go! 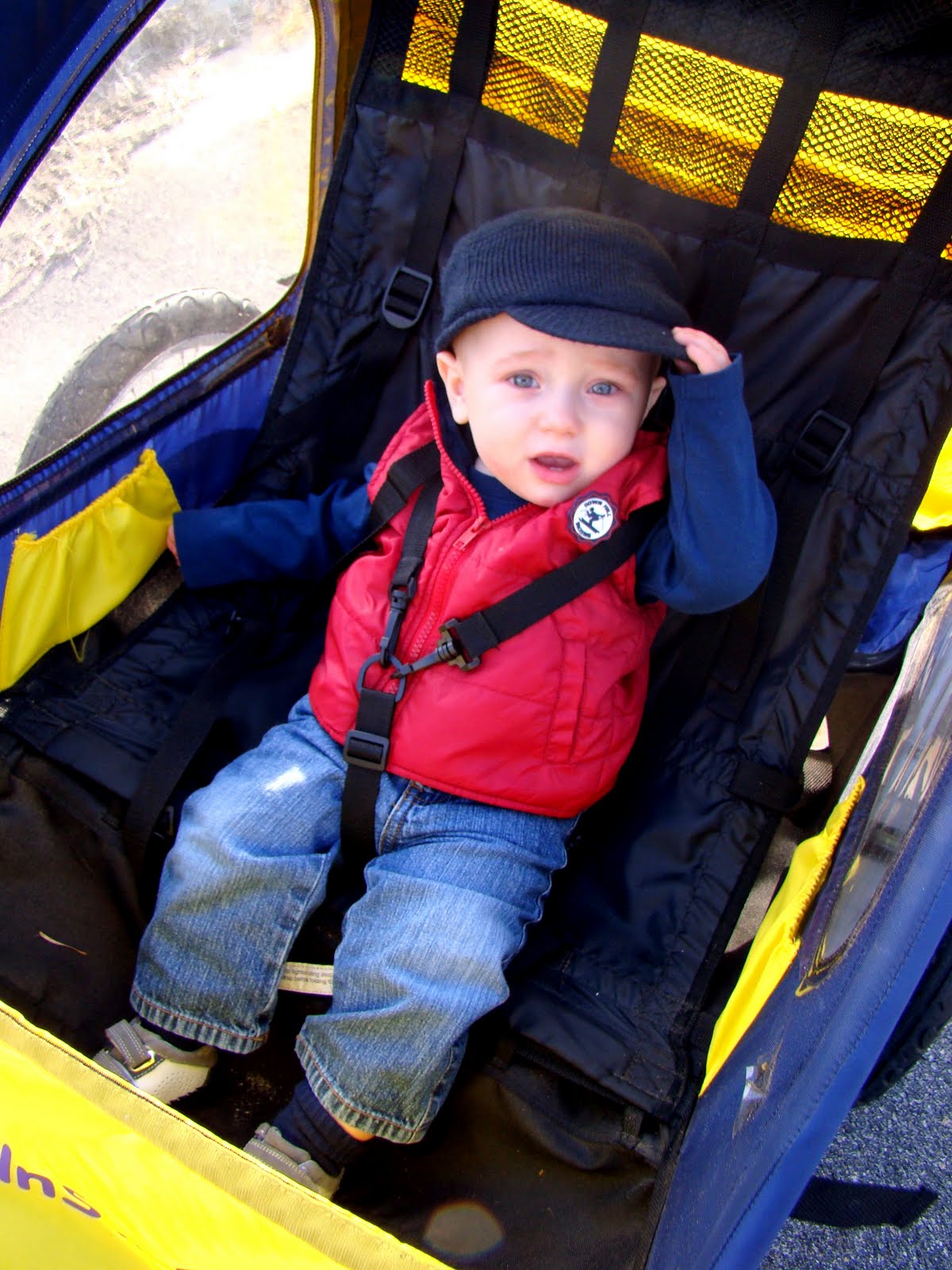 We went garage sale shopping one time while I was pregnant and Zach HAD to have this bike attachment thing. Then for Christmas that year (yes 2008!) we each got a bicycle so that way we could USE the bike attachment once we had the baby to go in it. Then we learned that it’s only for ages 1 and up so we’ve had 2 bikes sitting and taking up space in our garage for over a YEAR without them getting used! It felt good to finally put this stuff to use and Zach was overjoyed that Kye enjoyed it! 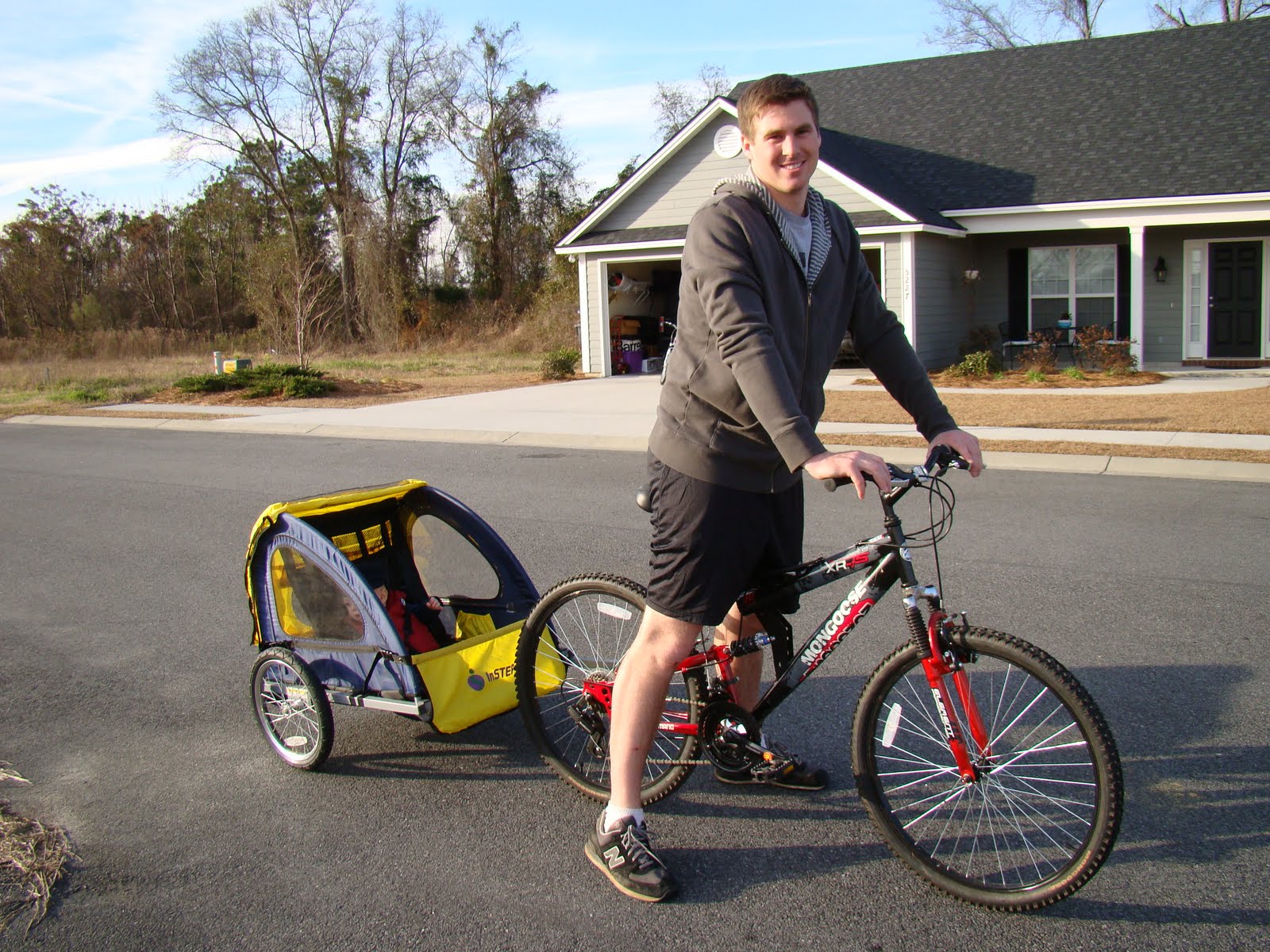 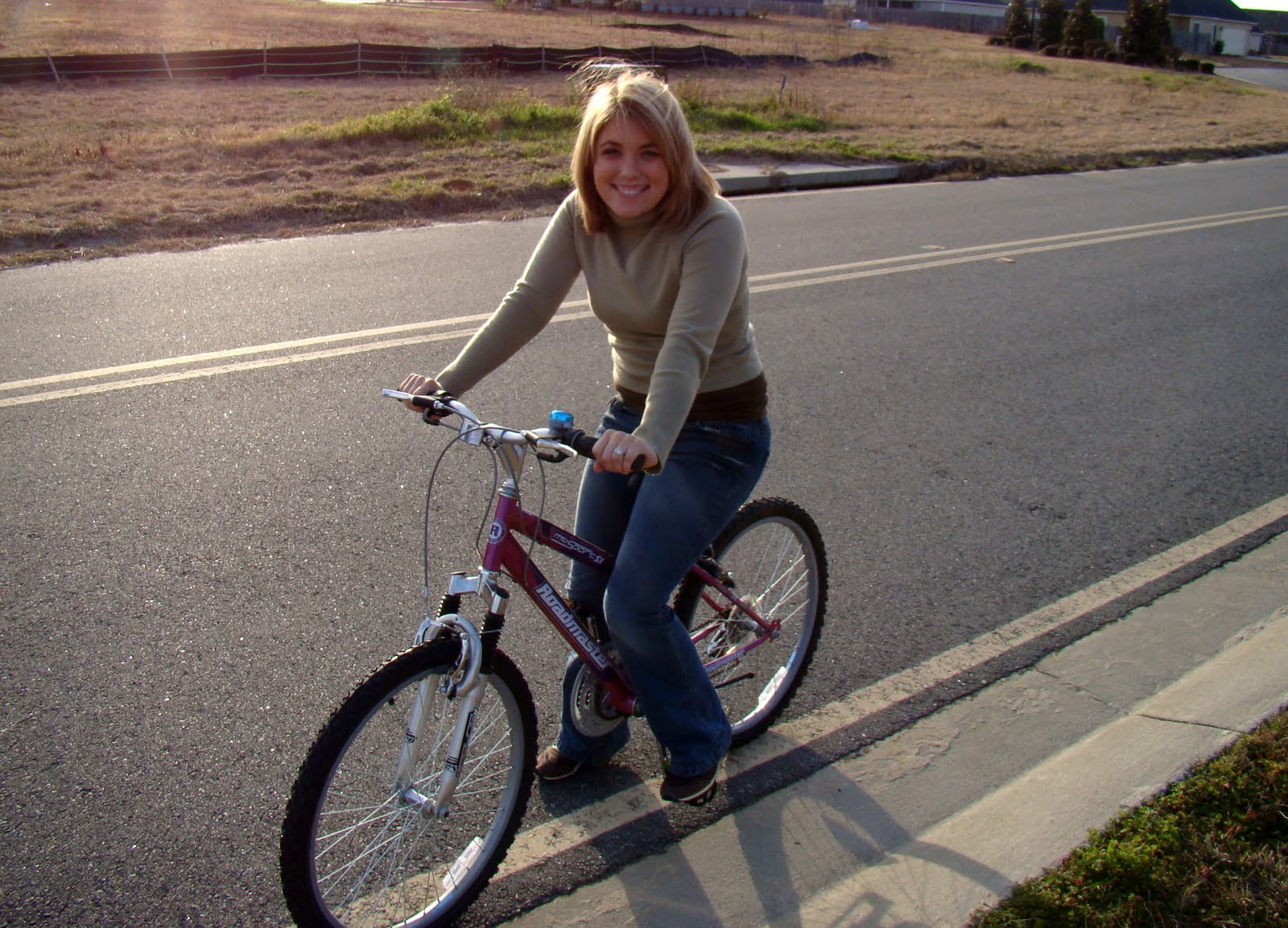 The bike attachment seat thing really IS cool! And we got it for $20! We have to buy a part to attach it properly (Zach should have NEVER mentioned to me that he ghetto-rigged it up as then I insisted that we buy the needed parts haha) but that is only $14 and these things retail for $150!!! Even though I found the purchase pretty stupid at the time, I have to admit Zach did a good job and I’m glad we got it! 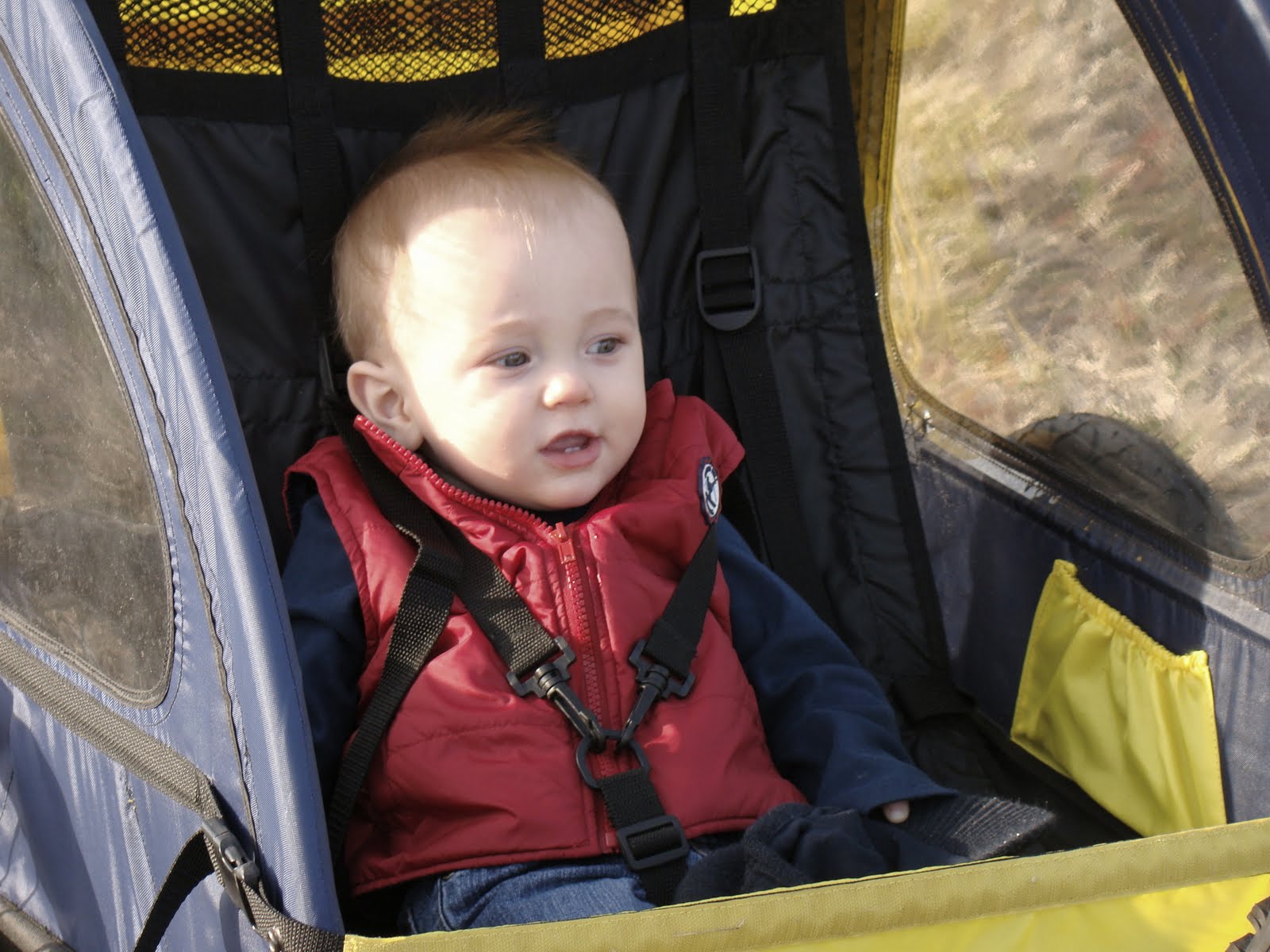 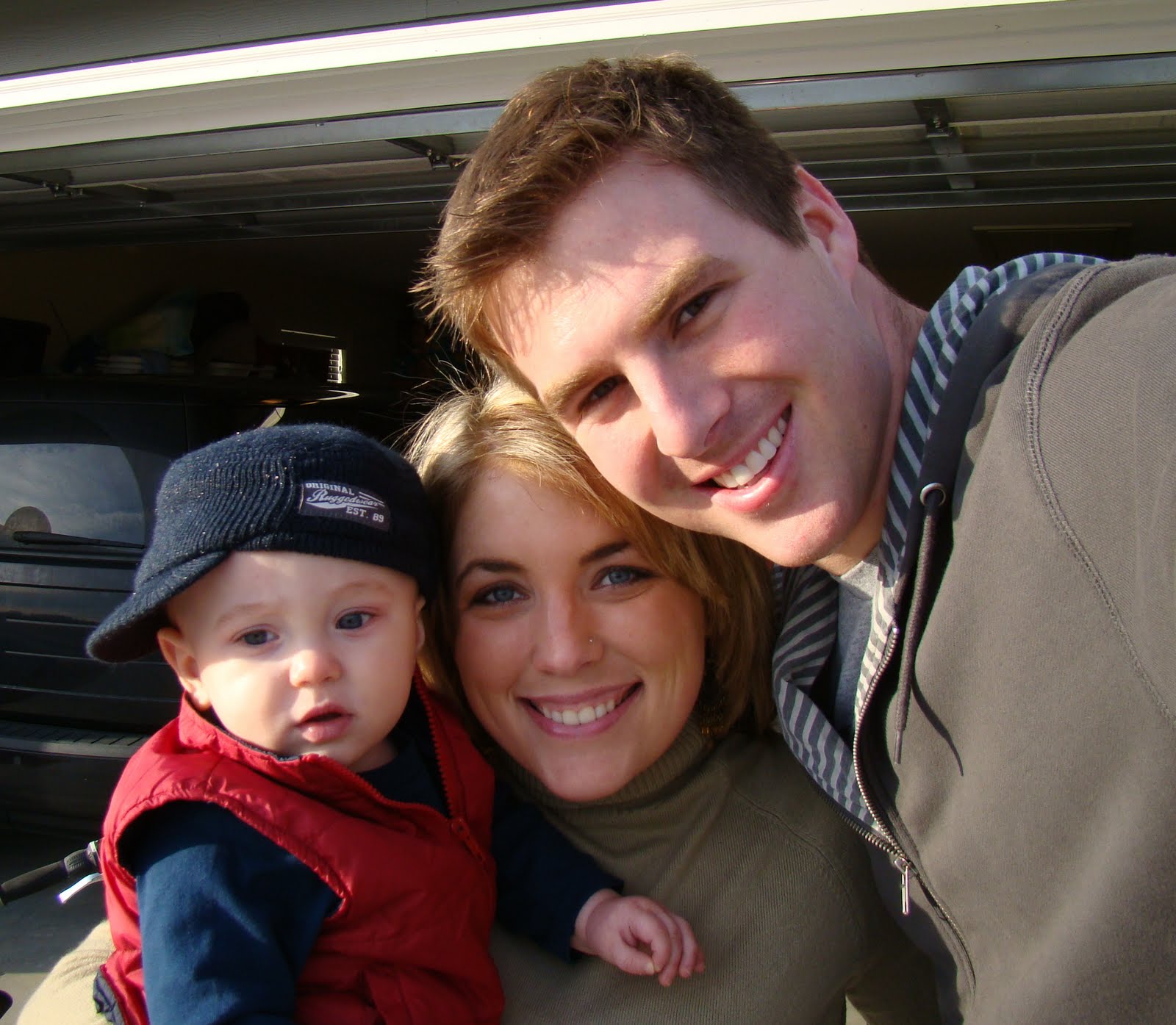 It WAS fun and I hope we start doing it together more often! Kye is fussiest around 5ish and going outside is a GREAT way to keep him happy until dinner 🙂

After we got done we played together in the front yard. Kye is really starting to enjoy his Cozy Coupe Car (we still push him in it as I don’t want him to ruin his shoes on the concrete!). Zach had fun making him go fast, of course. 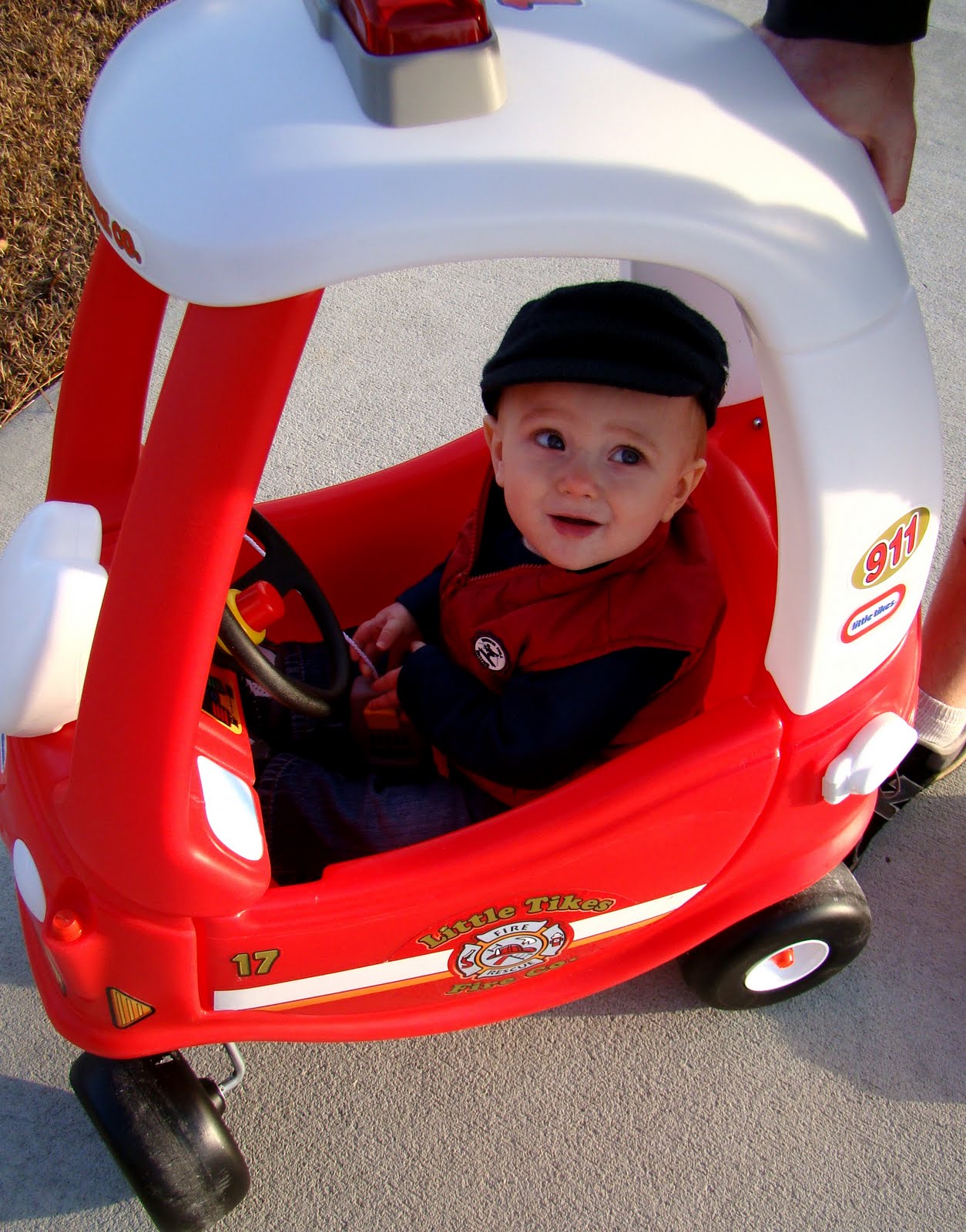 I HAD to include this pictures as this is what a good 80% of the pics I take of him look like!!! 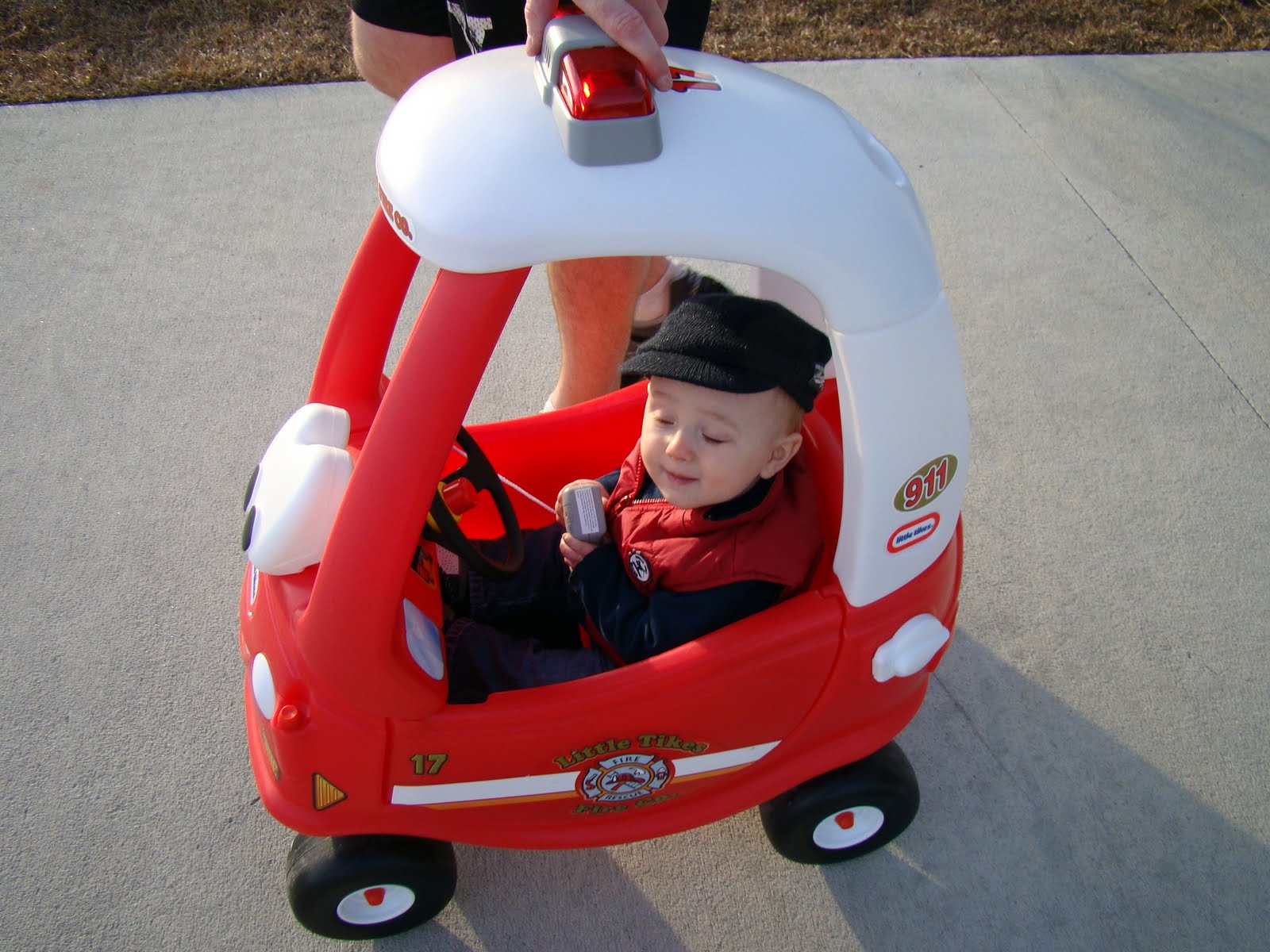 While Kye and Zach were playing Zach made the car sounds while pushing the car around. You know guys and their sound effects! Well Kye picked up on it and started doing it himself! It was SO cute! Here’s a video of it! Our little driving man 🙂 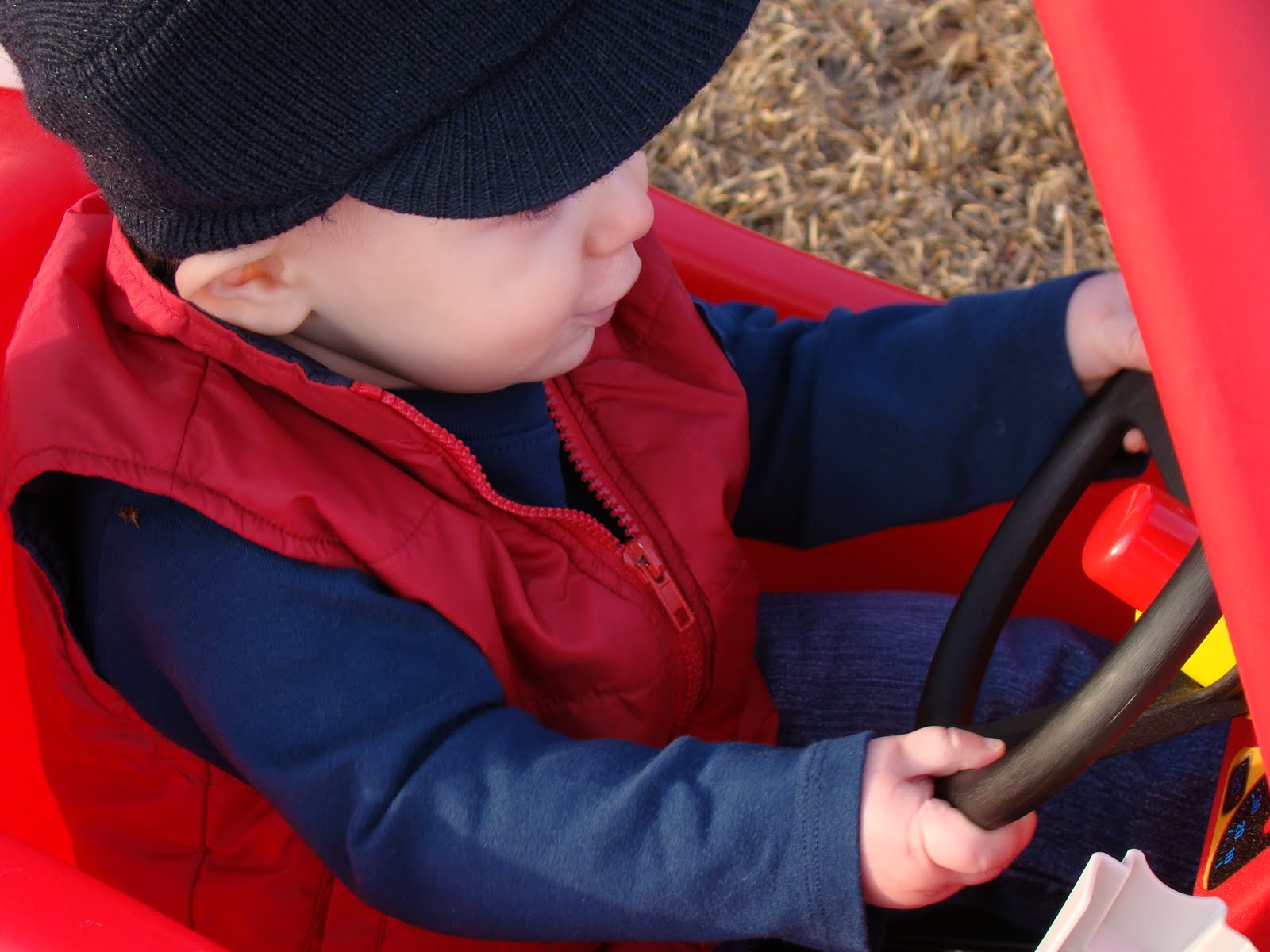 That night Zach and I didn’t plan on watching the Grammy’s but when I was at Target on Saturday they gave me some 3D glasses to use during some Michael Jackson tribute so we thought we’d check it out. We didn’t even LIKE Michael Jackson but we had to see what the hype is with this whole 3D thing haha! Of course they didn’t show it until close to the end but we had SO much fun making fun of everyone. I haven’t laughed so much in such a long time. It was one of those times I know will stick in my mind when I think of Zach! It was so fun even though the 3D thing wasn’t that awesome. And we did turn it off right afterwards too haha 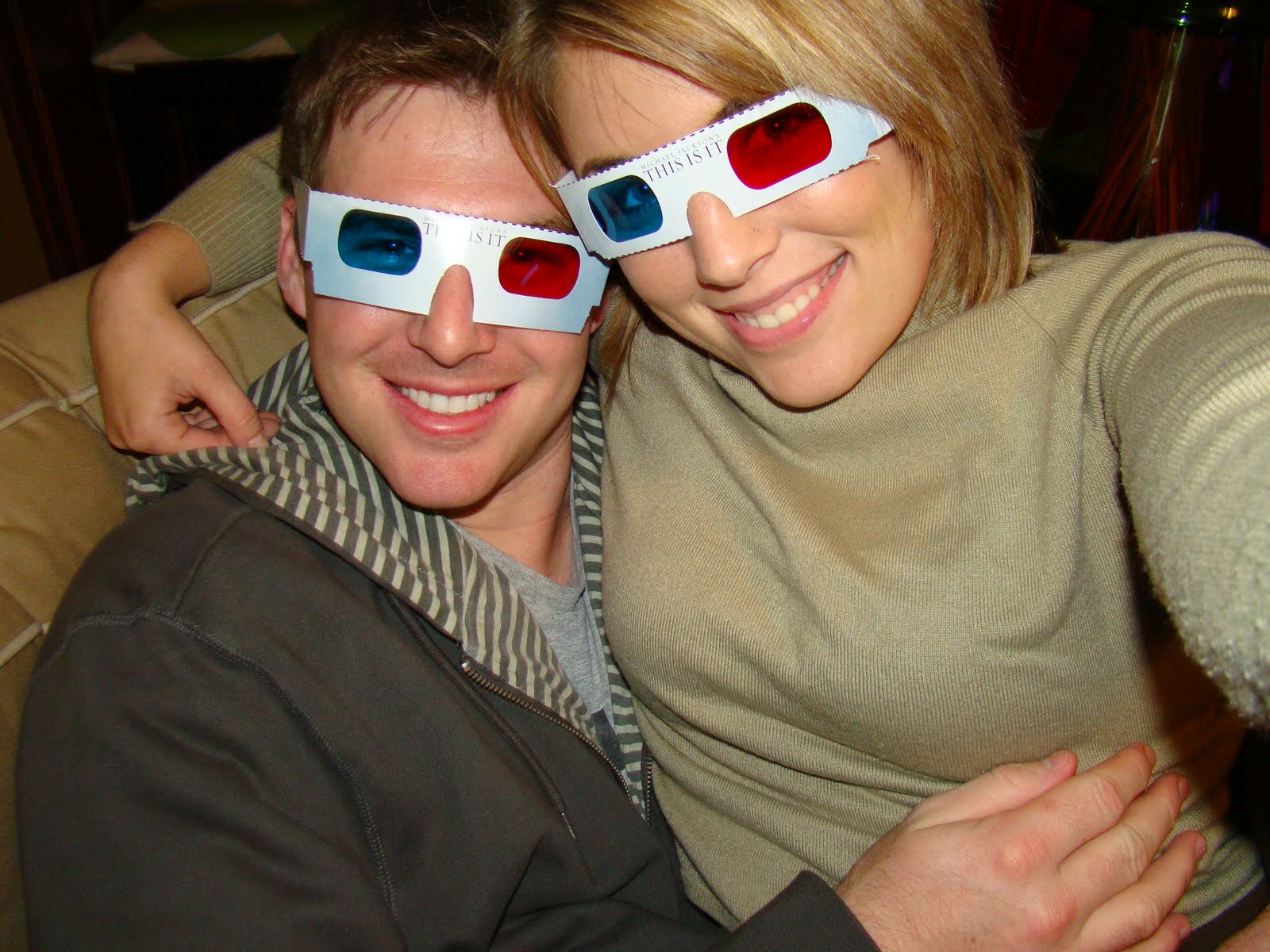