As a parent I’ve always pretty much stuck to the recommended ages for toys and such but now that Kye’s a toddler I’ve kinda semi-started to ignore them. I realize now that most toys say “ages 3 and up” simply because they don’t want to jump through all the safety hoops to make sure their product is safe for a younger age. While I won’t let Kye play with things on his own that are for an older age, I think it’s okay while supervised. One of those things I was eager to try out was finger painting. I thought Kye would LOVE it so Zach bought him some washable finger paints

and I was ready to get messy!

I quickly realized though that the age label on this product (ages 3 and up of course) probably should be followed more closely as Kye is simply too young to enjoy finger painting or to understand the concept. These pictures were seriously all taken in the span of 10 min and make it look a lot more fun than it was! 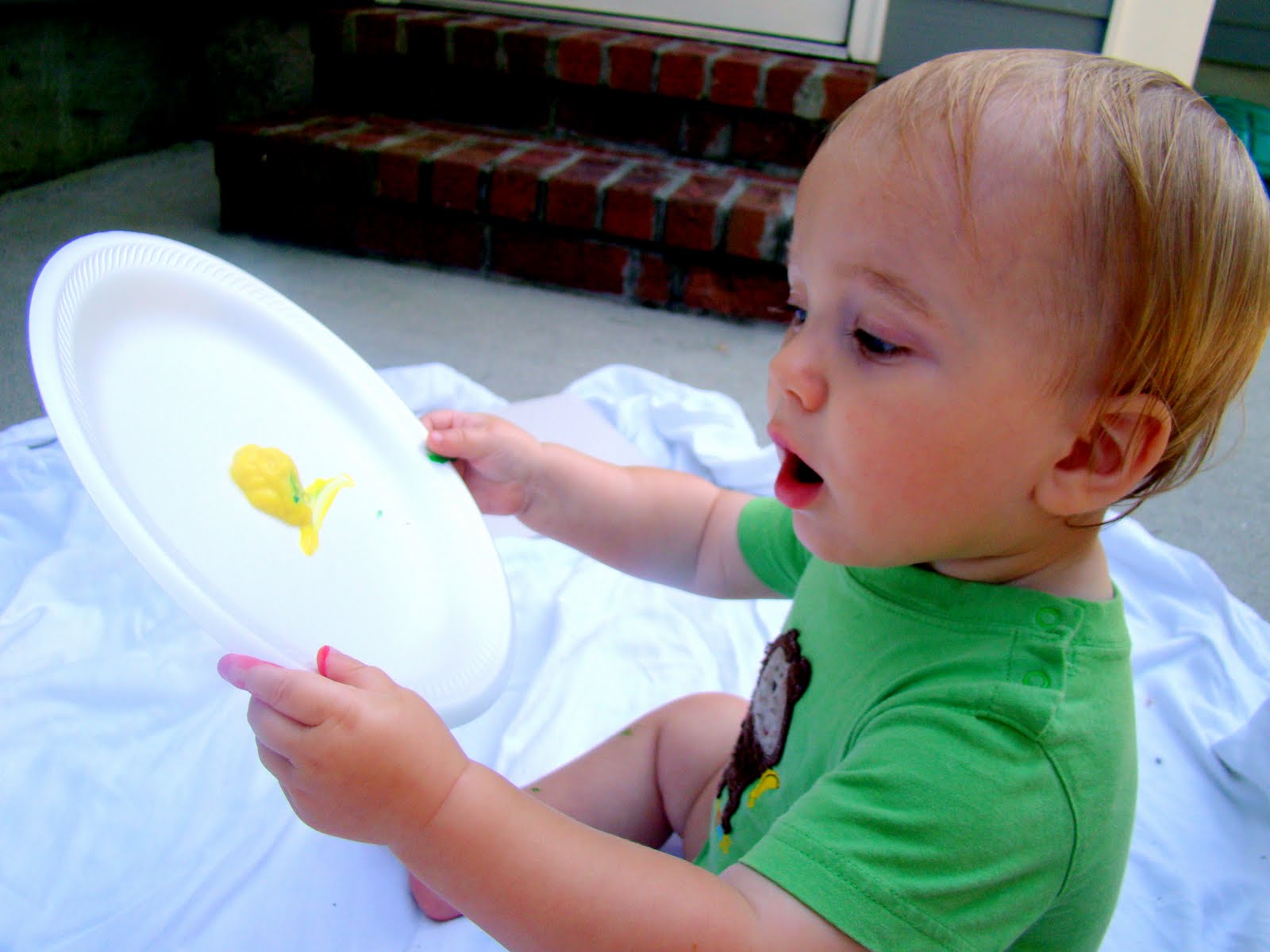 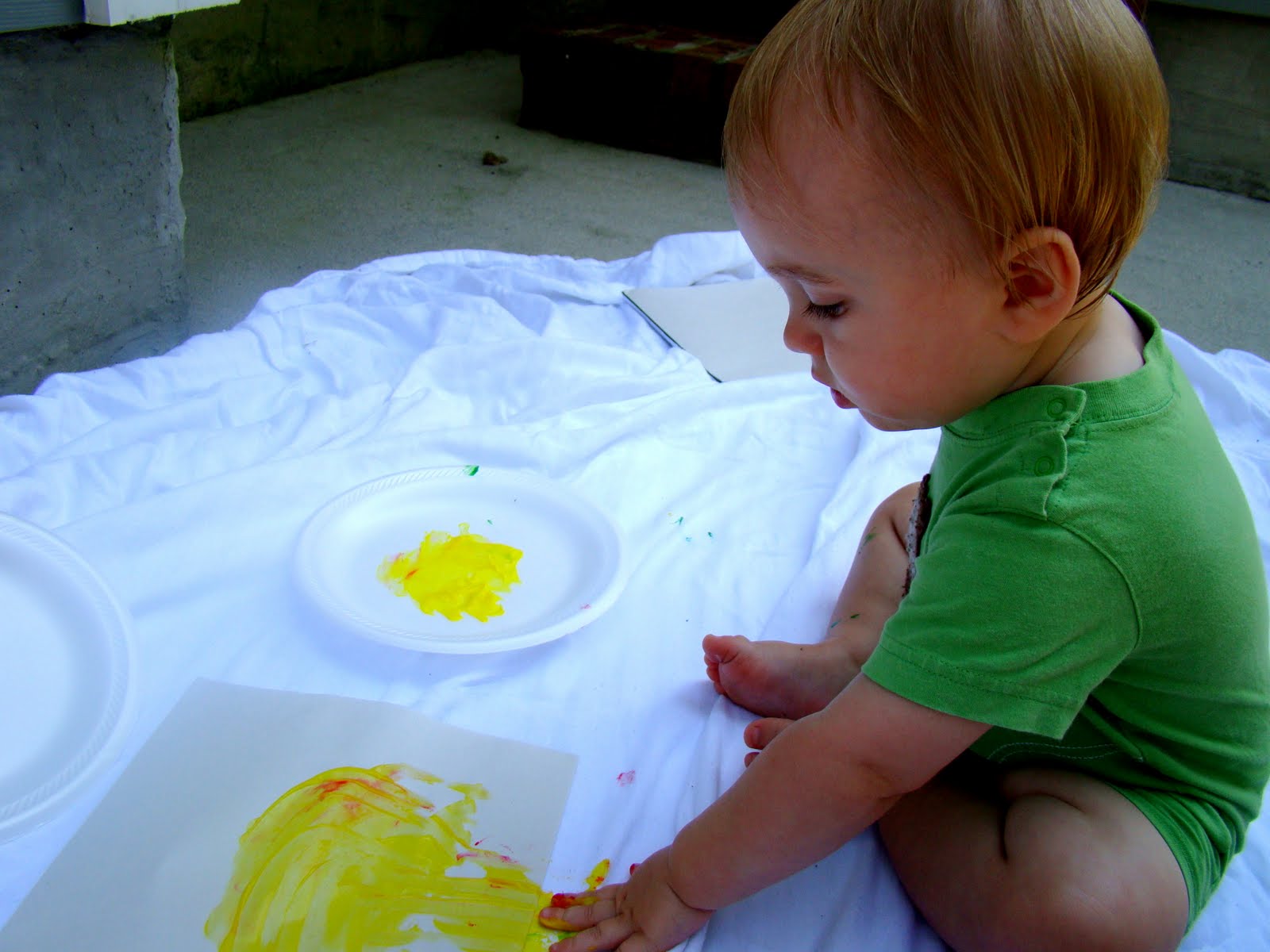 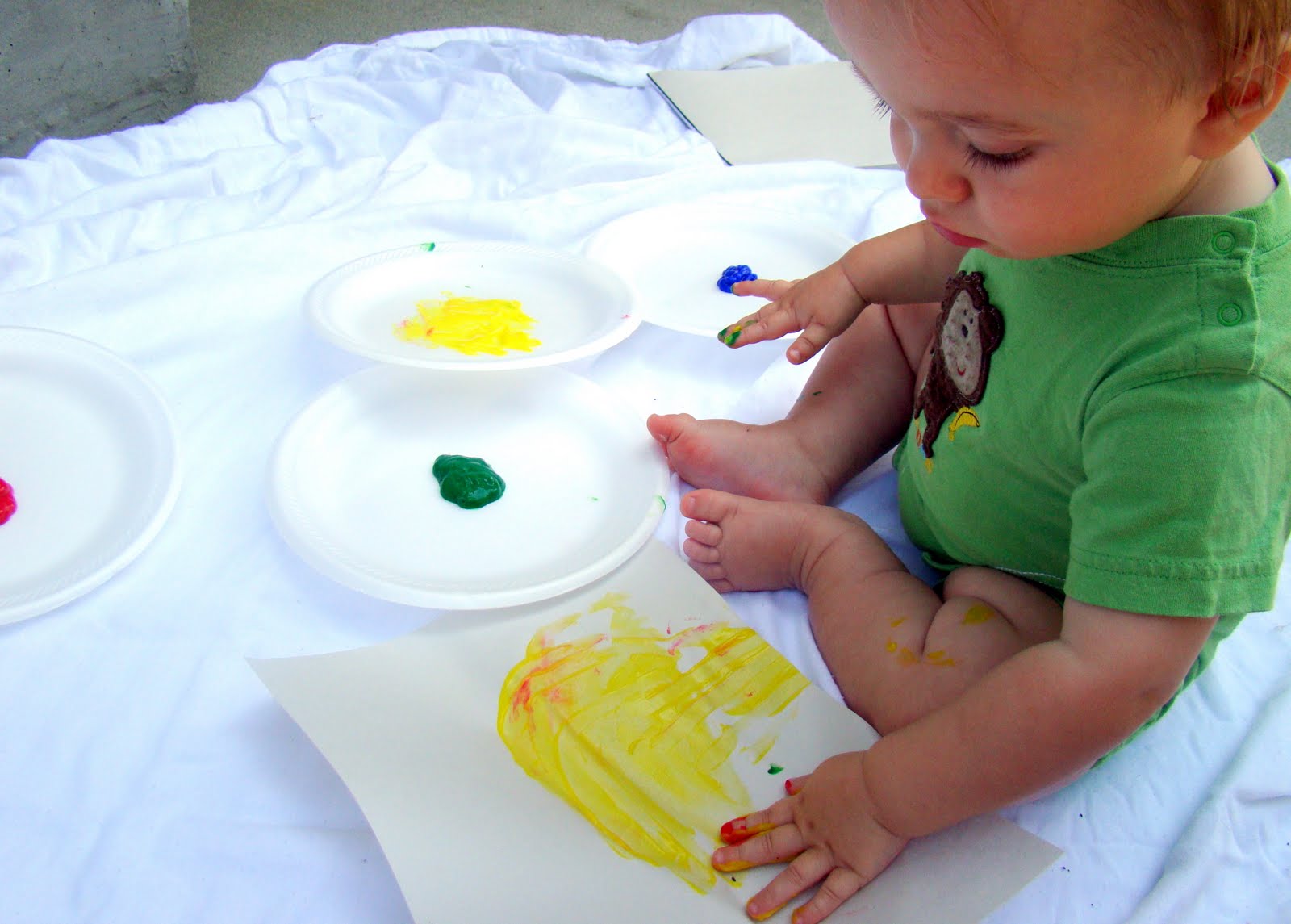 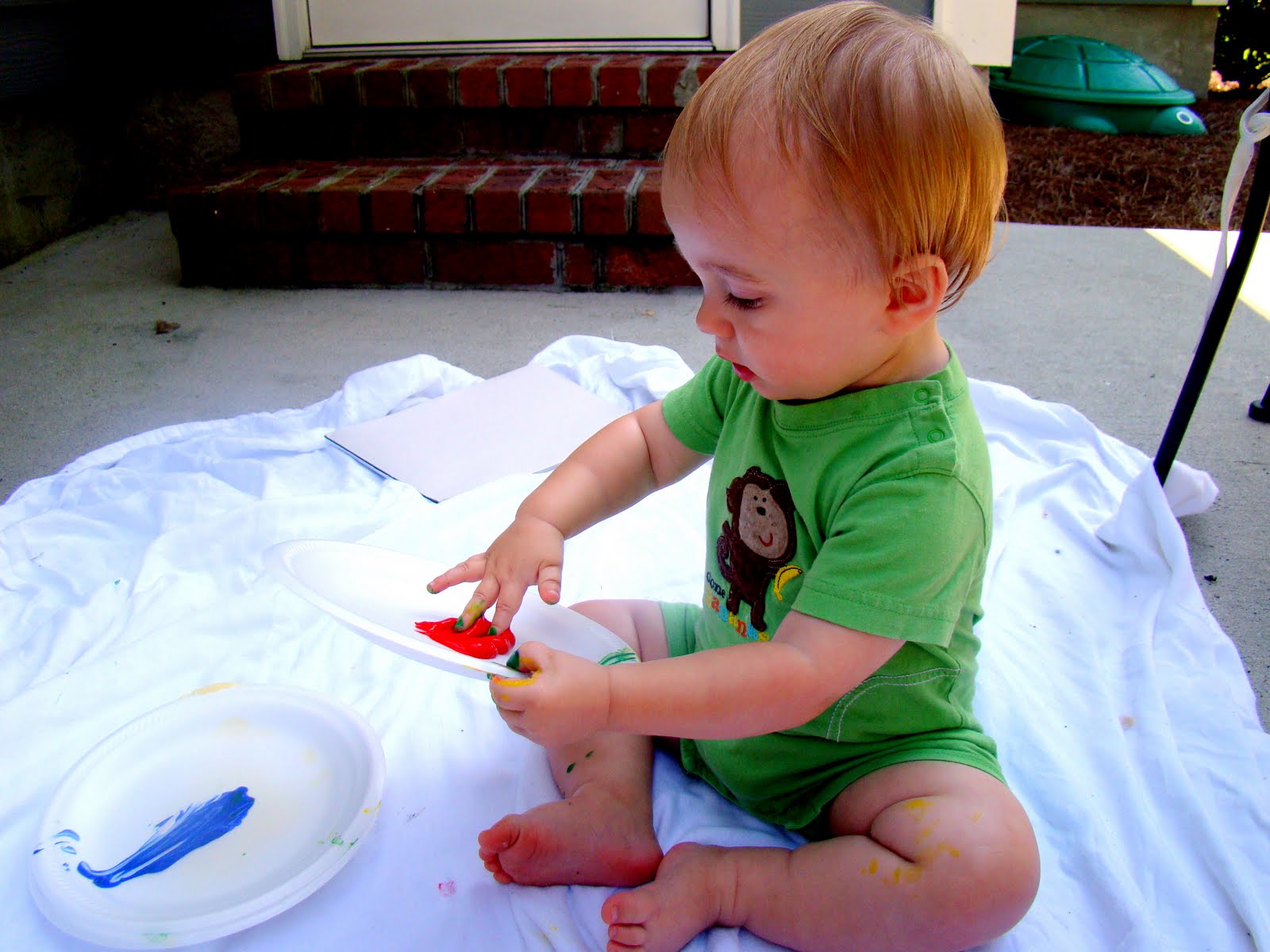 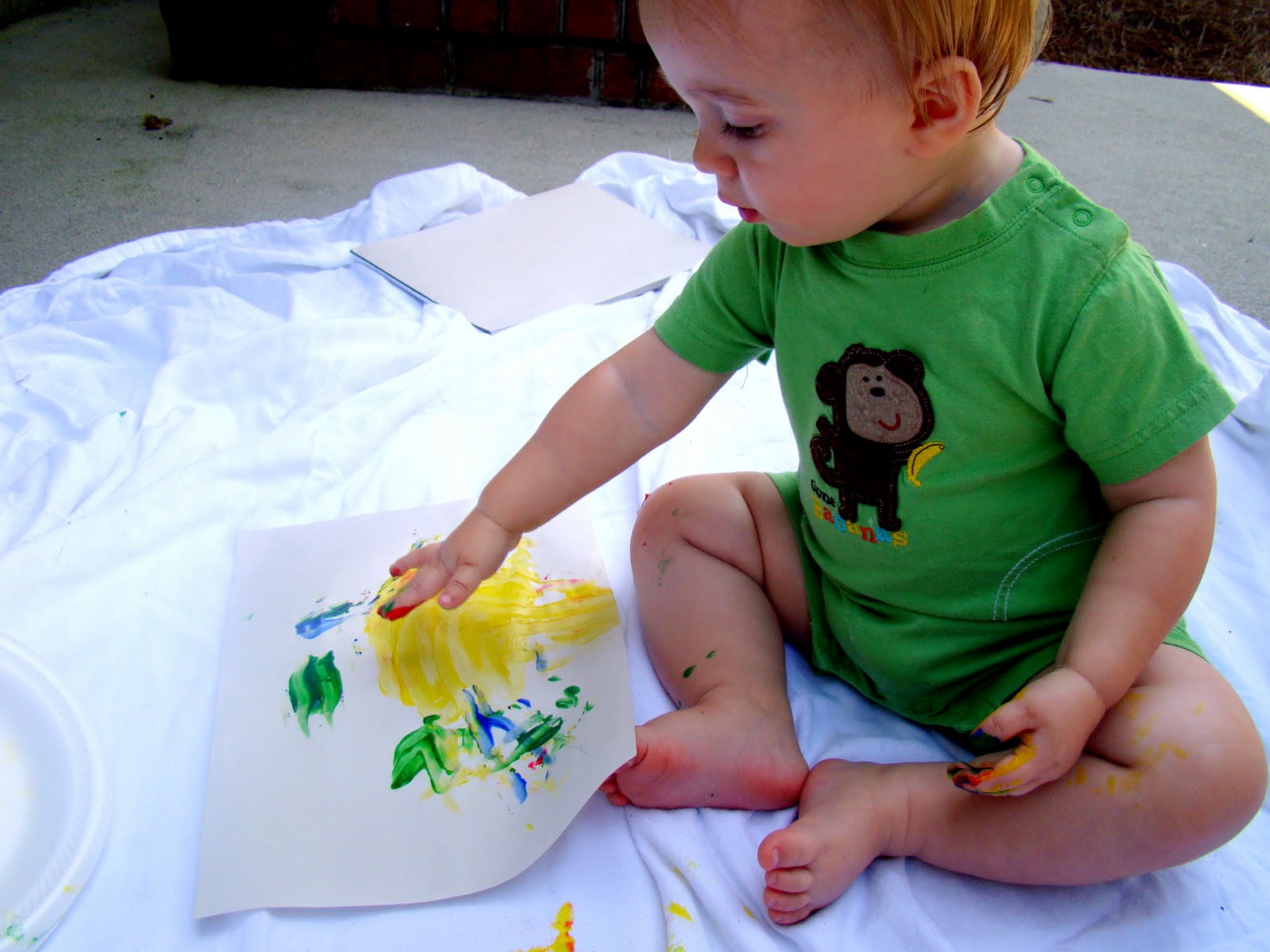 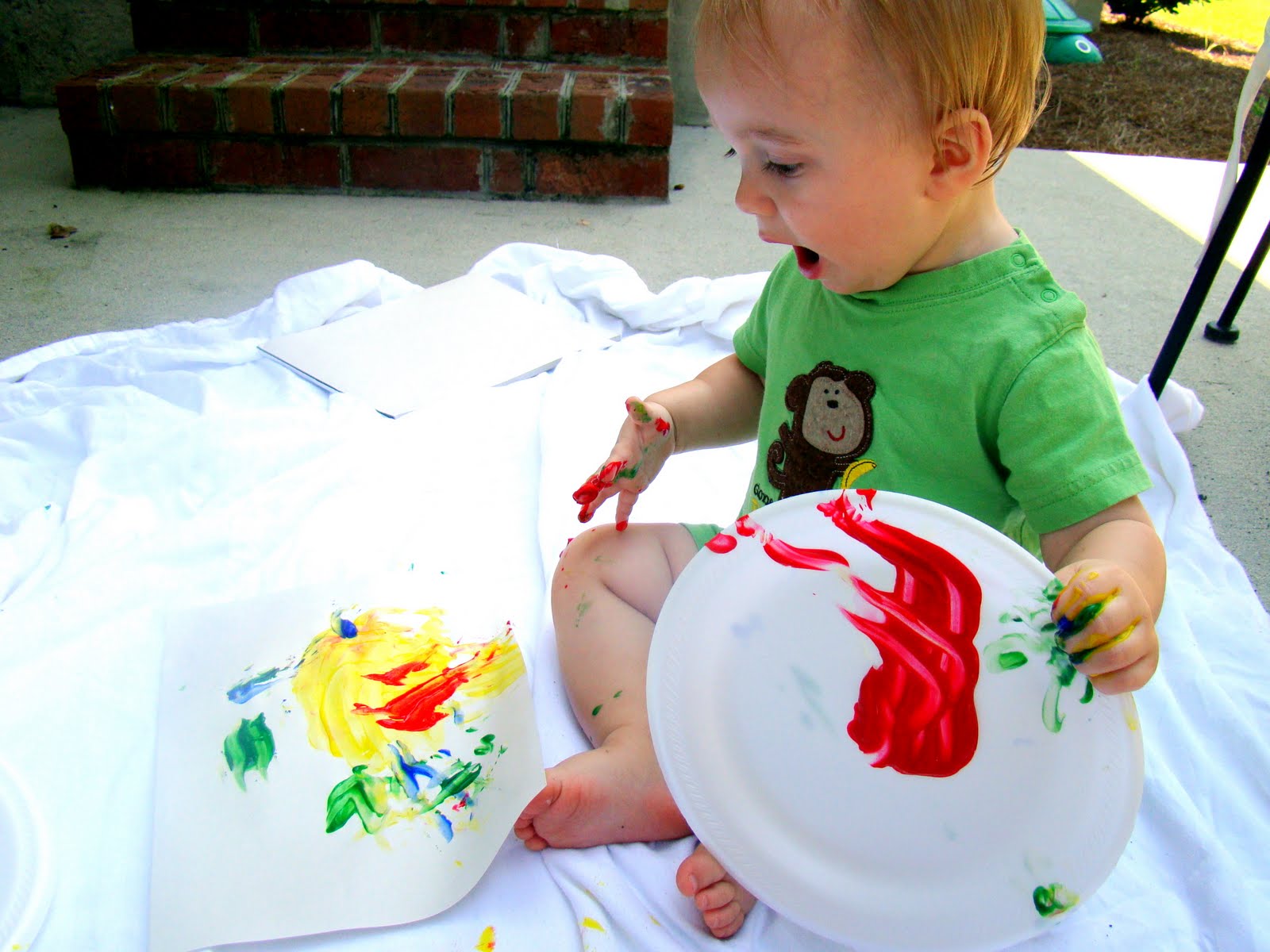 we were at least successful in making a mess! 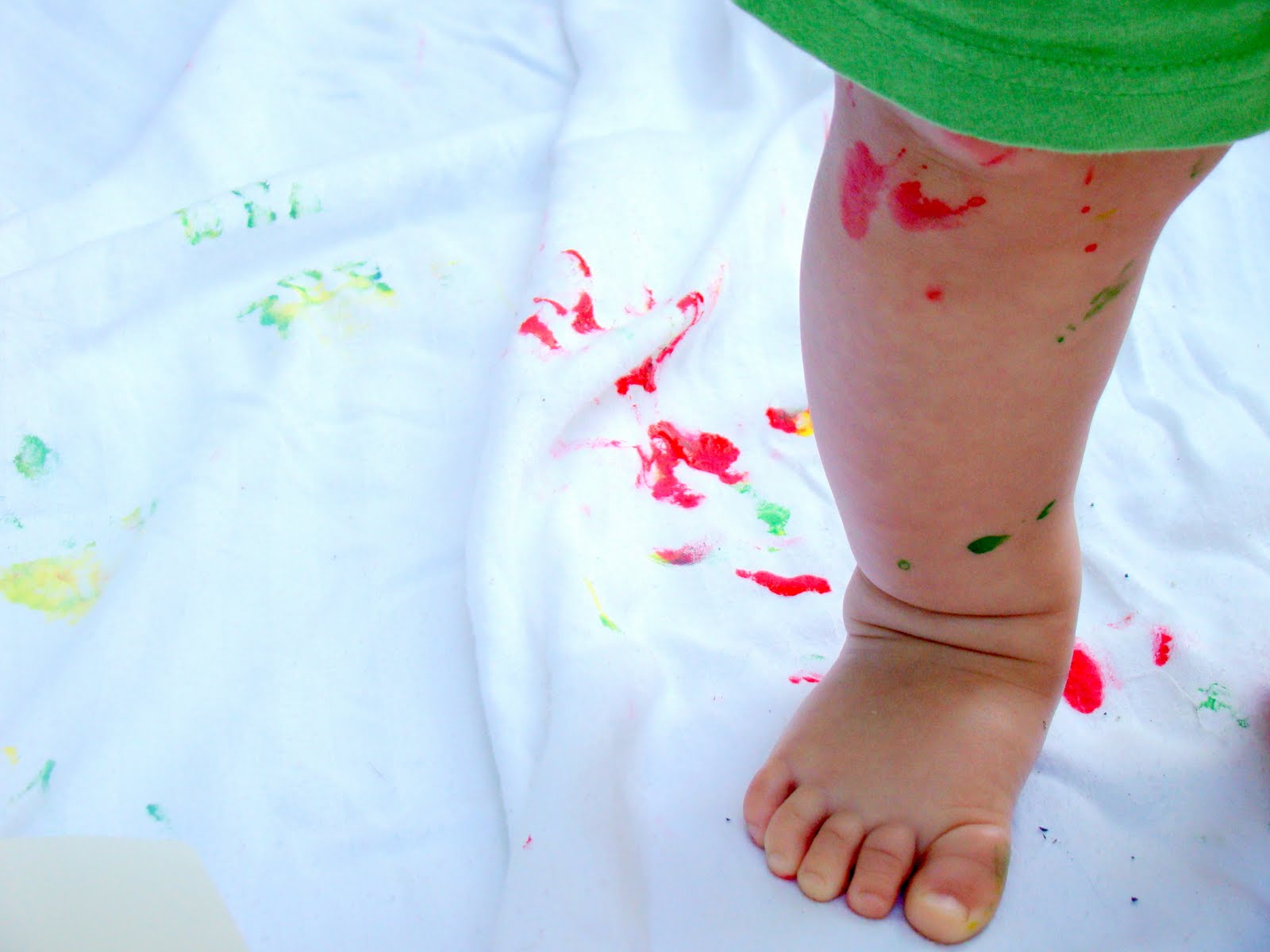 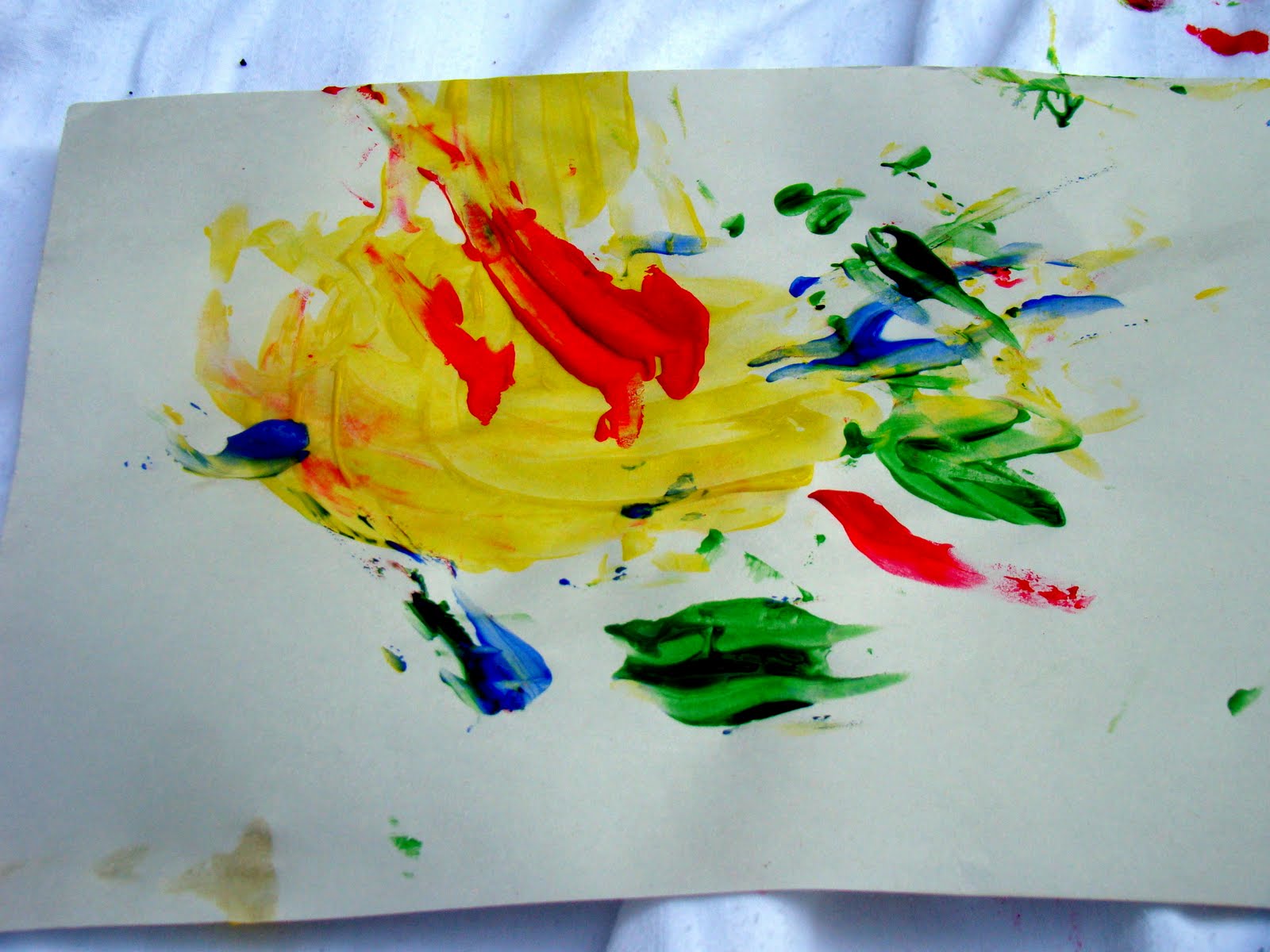 I’ll be packing this stuff up for now and trying again in a few months when he may be more ready. Hopefully I’ll be posting about a better experience in the future! Anyone have any good craft tips that a toddler this age would enjoy???