I know everyone is excited for our news and I’ve been getting comment after comment wanting to know MORE. You know me, this pregnancy will not be lacking in details 🙂

I was planning to start in order and do our trying to conceive experience (not hardcore details there though…SOME stuff is sacred, right?) first then how we found out and shared our news, but I know you guys wanna get to the good stuff so I’ll come back to the conception goodies later.

On Thursday, March 31st I decided to take a pregnancy test. I kinda had a feeling that I was pregnant (there were some early symptoms…moodiness and acne. Yuck!) and Zach would be out of town until that night so I thought it’d be neat to get to surprise him. I wasn’t supposed to even start my period until sometime that following week but figured why not? The test said it had early results and it worked 🙂 I had actually planned to take it the morning before and forgot when I woke up so before I went to bed Wed night I put the test on the toilet seat so I wouldn’t forget! The “positive” sign showed up immediately! 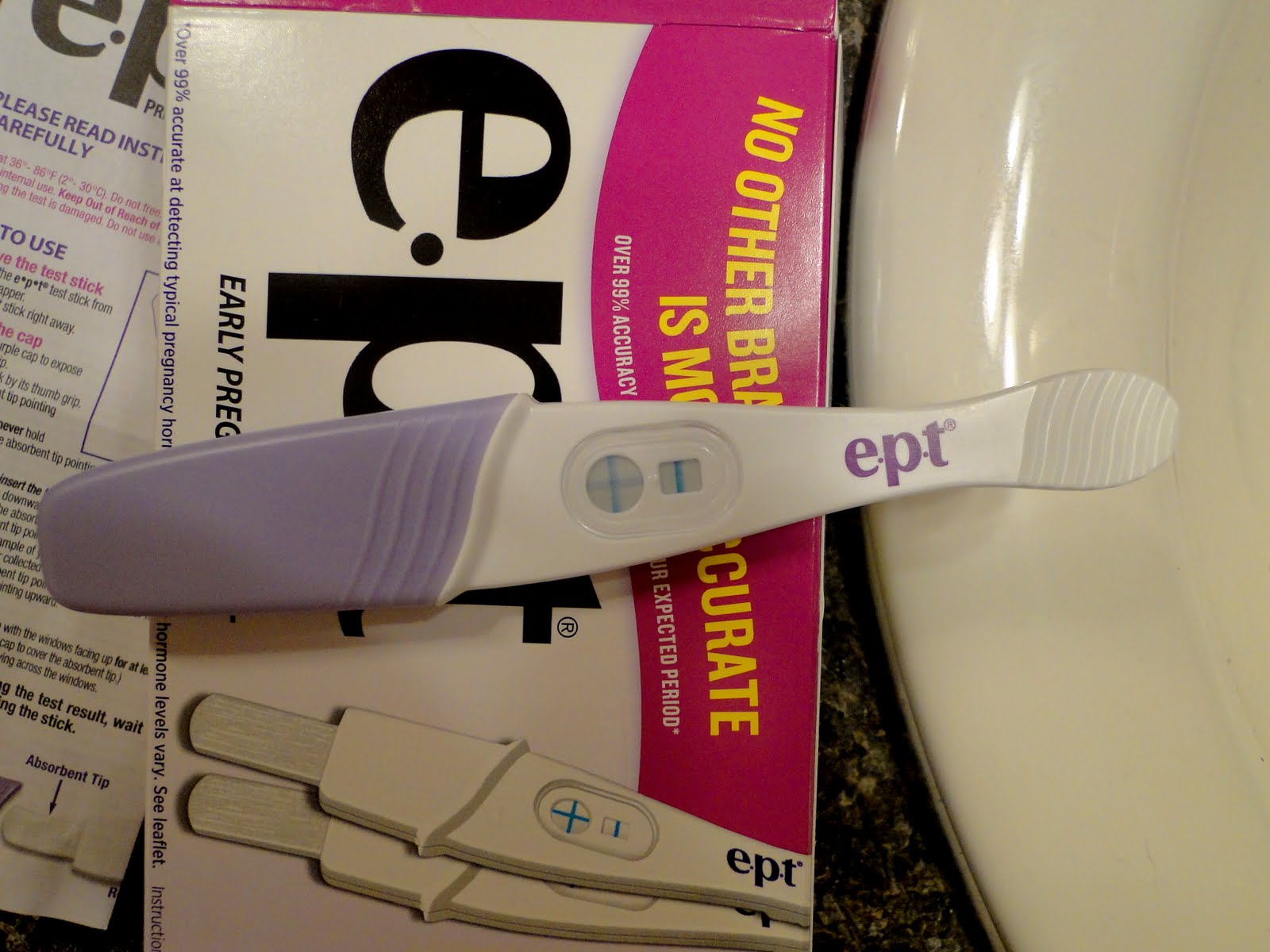 When we found out with Kye it was also first thing in the morning but we were both home. It was SO fun this time to get to surprise Zach, but it did make the moment less exciting for me. I immediately prayed “Thank you Lord, thank you!” when I saw the positive sign but couldn’t really get as pumped as I felt b/c there was no one to share it with! 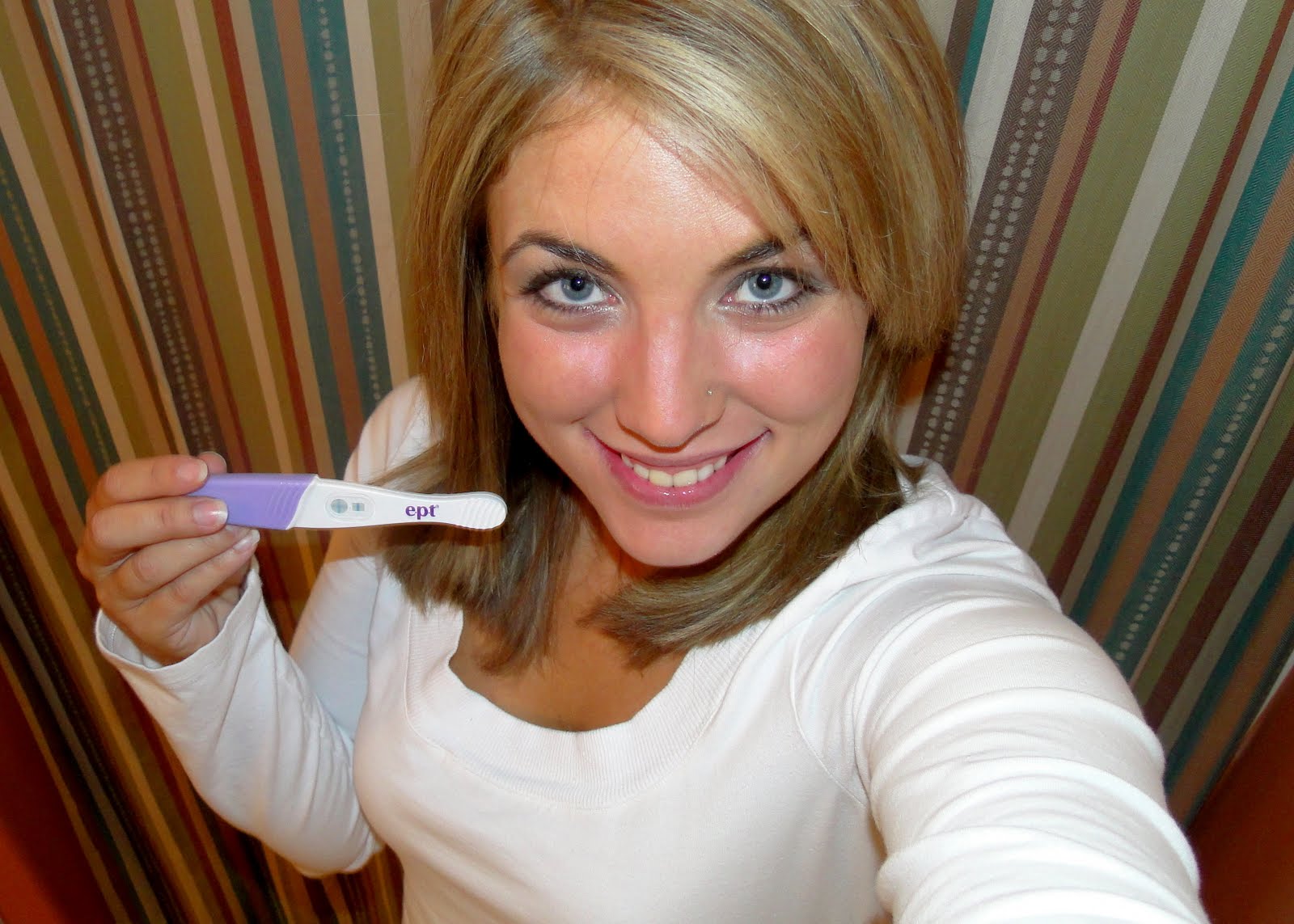 As a second timer there wasn’t a rush to do a bunch of research or to call a dr. I knew they would schedule my appointment a couple weeks out and I didn’t really need to know anything. It’s pretty awesome having been through it all before! Saves me a lot of time and hassle with Google 😉 I did research to see about my due date (Dec 8th or 9th depending on if you base it on the first day of my last period or the day we conceived) and to see the baby’s development so far (the size of a sesame seed!!!) 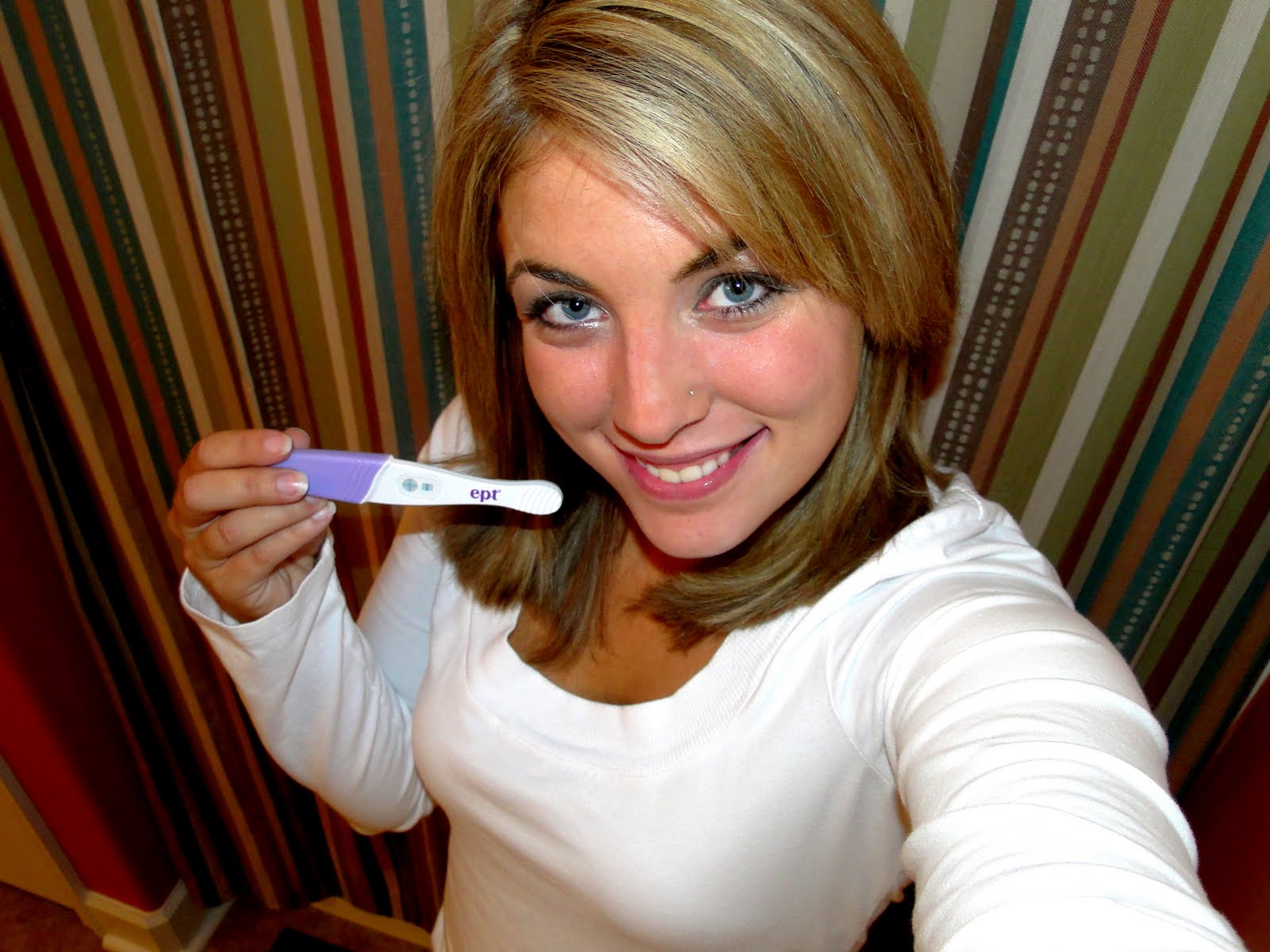 That morning we had a play date with Robyn and Lorelai at the mall and it was SO tough b/c I was pretty much straight up rude to her. I knew Zach would be home soon after Kye’s nap and I really wanted Kye to wear a “Big Brother” shirt to surprise him. Luckily our play date was at the mall playground but I had to make up every excuse under the SUN to shop and I had to sneak away from her so I could look for the shirt. Like I said, I was pretty dang rude. AND I had zero luck. I did as a lady in Old Navy and she said to check Kohl’s so once I left Robyn (which was like 30 min prior to nap time…stressful!) I raced into Kohl’s. I told them I NEEDED a Big Brother shirt and luckily I found one. Sadly, it was a 3T but I didn’t care. I used a gift card so it was free and figure by the time he can wear a 3T he’ll be a Big Brother anyways so it’s not like it’ll be wasted! I felt like a TERRIBLE mother as my kid has NEVER gone down that late for his nap (20 min late!!!) and it put him in a HORRIBLE mood when he woke up, but it was worth it to be able to surprise Zach when he got home! 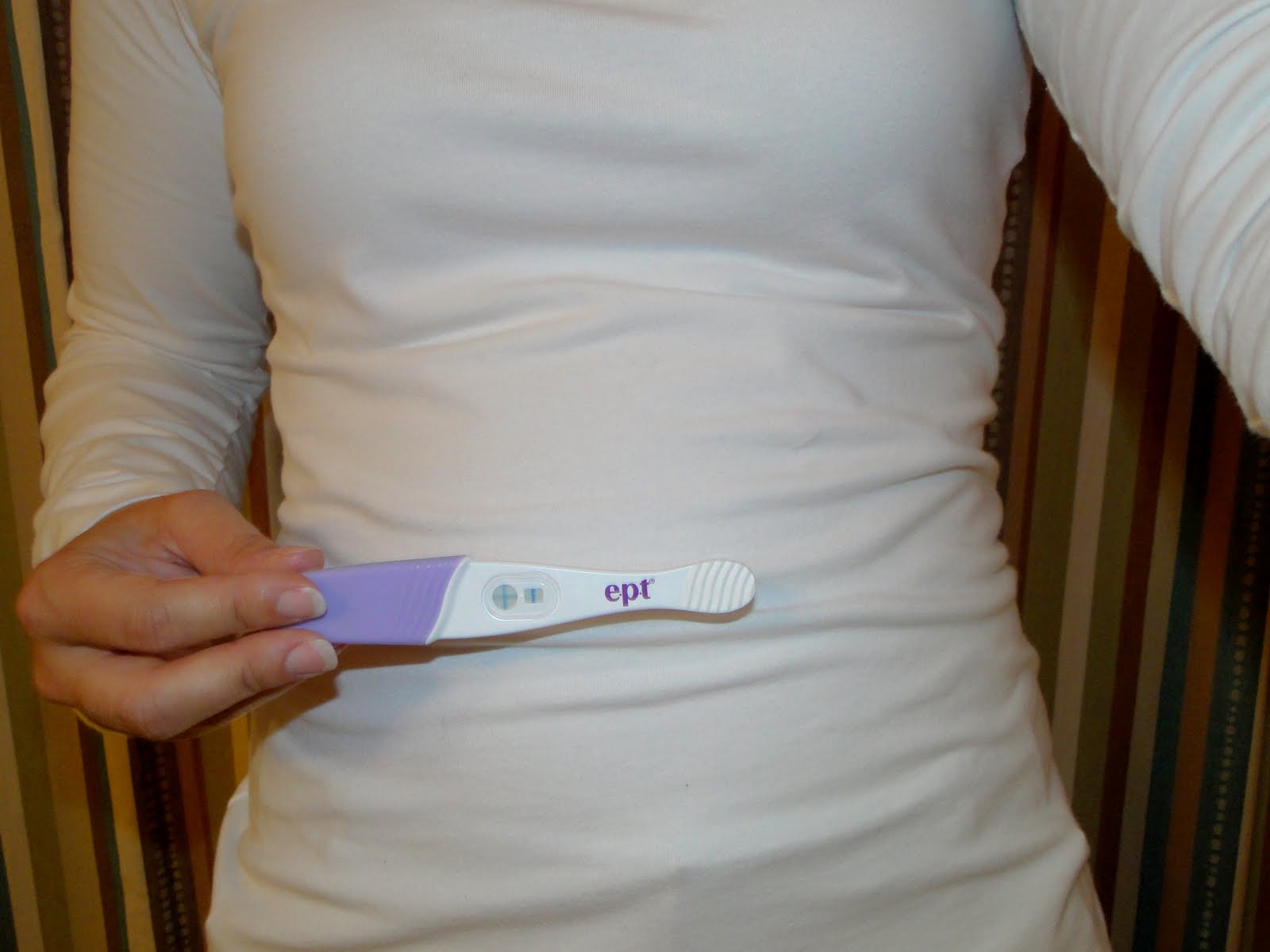 Before Zach got home I told him to call me when he got to the neighborhood b/c Kye was DYING to see him and I wanted to video tape it. Such a lie because Kye was actually screaming and being mega annoying (I had to BRIBE him to stand by the door), but it worked b/c I video tape random stuff all the time. He didn’t think twice about it. Here’s the video when Zach found out we’re adding to our family!!!! I love two things about it. One that I had to keep videoing when Kye obviously wasn’t happy to see Zach and two that Zach pretty much throws our kid aside once he finally reads his shirt haha.

I was ready to tell everyone THAT DAY. Seriously. Last time it was easy and FUN to keep the secret. We found out early on and managed not to tell anyone for like a week (I blurted it out to Ashley and Katie like an idiot at dinner!) but kept it from all the our family and the general public for over a month! Now that I blog so much I just wanted to start blogging it! Keeping the secret was soooooo hard but Zach wanted to wait until I had my dr. appointment just to make sure and I wanted time to get a better shirt made for Kye so it worked out. I am SO proud of myself because literally only Zach and I knew (well us and every single random stranger I could possibly tell!).

I’m a first born and now that I have a child I see SO many advantages of being a first born. I married a second born. When putting together our wedding video montage thing guess who had like triple the amount of childhood pictures? And guess who had hardly any? And the ones he did have had his older sister in like every one of them? I really and truly want SO badly to treat ALL our children as much like “first bornes” as possible. I know that’s IMPOSSIBLE (I mean how many times I have already mentioned my first pregnancy in this post?!?) but in all areas that I can control it, I will do my best!

That being said I wanted to come up with creative ways to tell everyone. I thought I did pretty good with Zach and wanted something special for each person closest to us. I googled around about it (see I have researched some…) and LOVED the idea of a Christmas Card Announcement! Since the baby is due in Dec – isn’t that cute??? I thought about ordering some on Etsy but then realized I could totally make them myself. I spent quite a few hours putting them together and I’m proud of how cute they turned out! 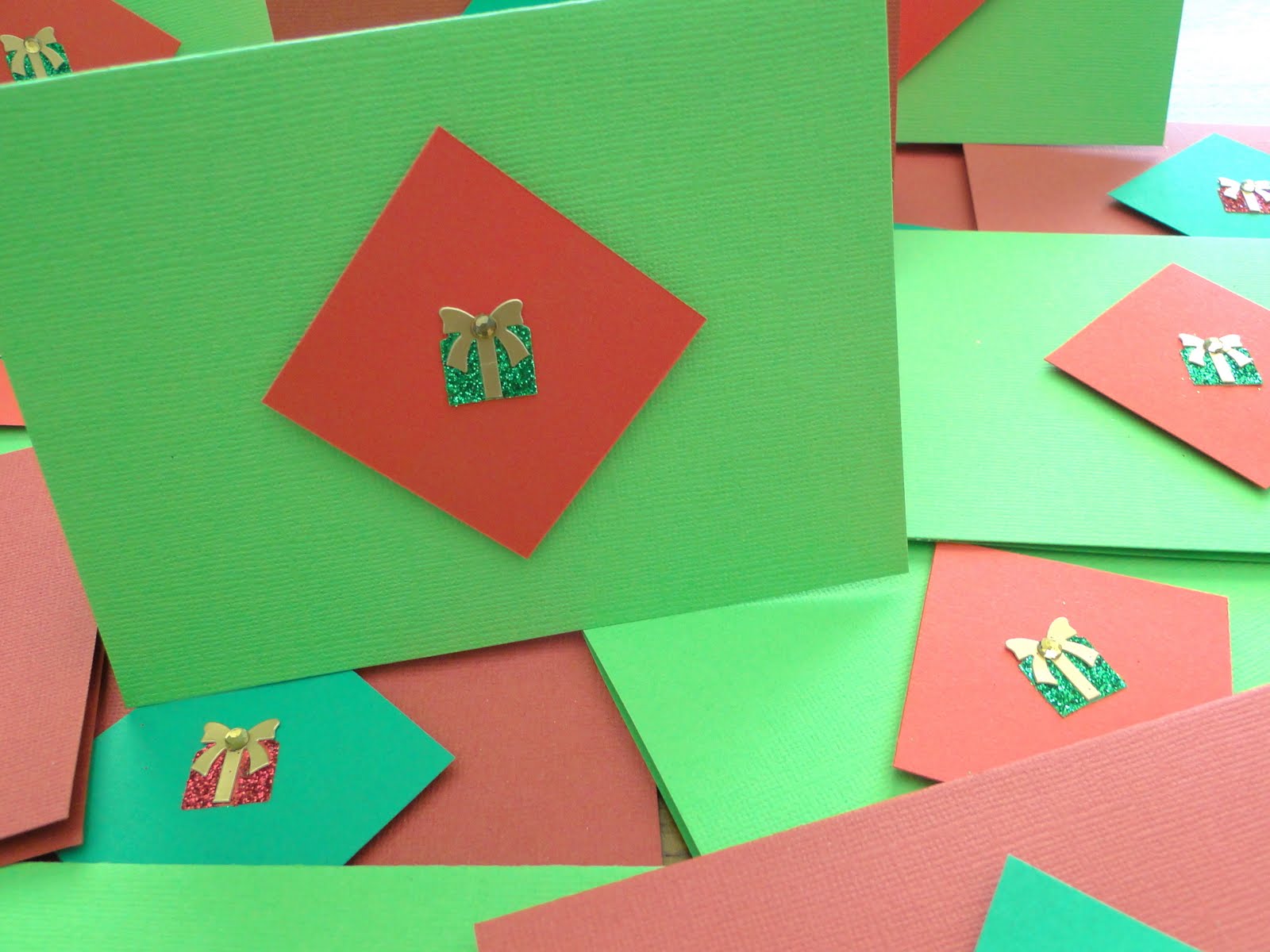 the inside says “Kye is excited to say

an early Christmas present is 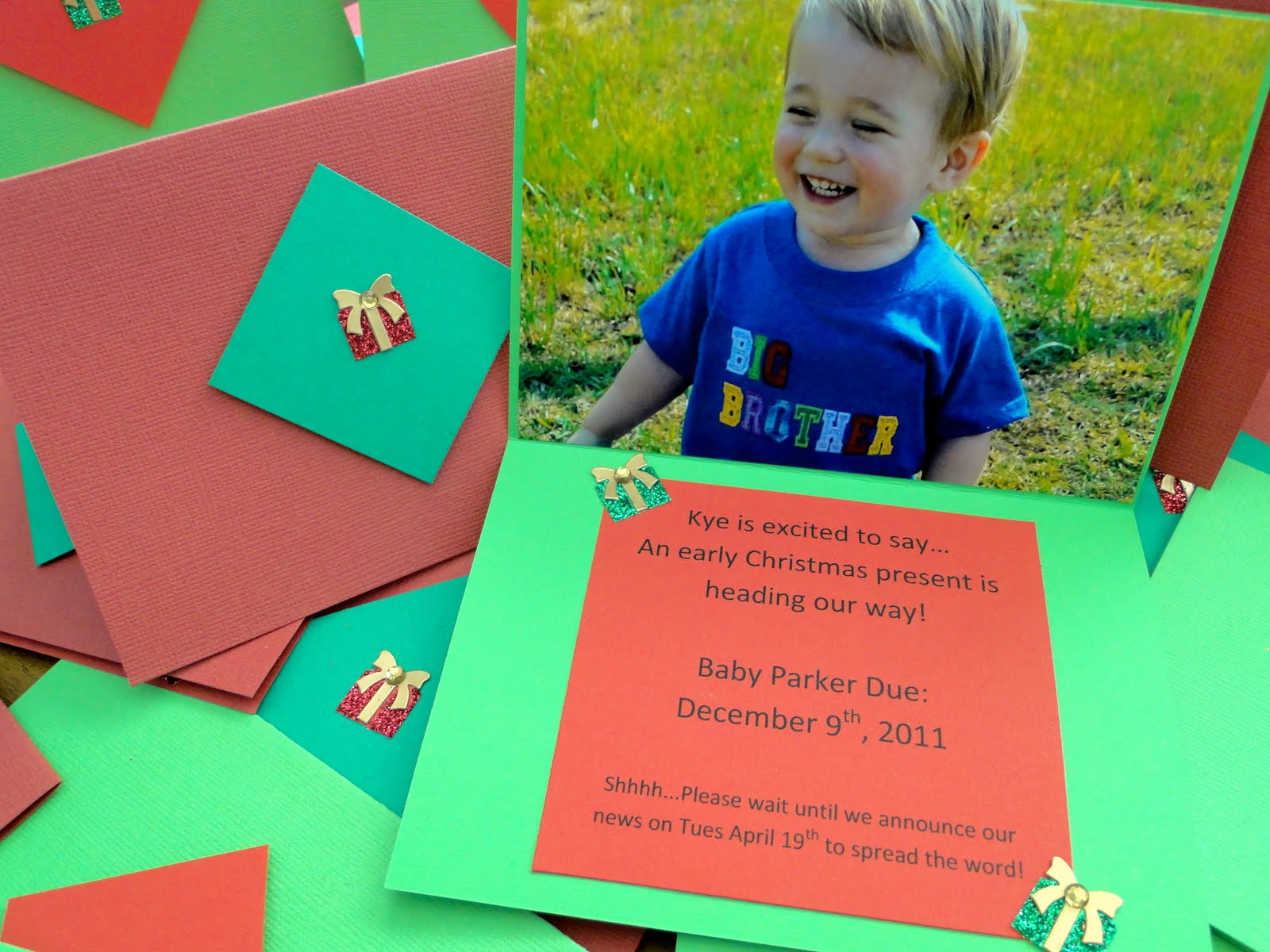 I didn’t want to, but I had to add a little disclaimer at the bottom basically telling people to keep their mouths shut until Tues April 19th when I’d be announcing the news to the “world” (aka blog/facebook). You just KNOW some idiot would get that card then put on Facebook “Yay! You’re pregnant!” and ruin it! So the little note at the bottom helped prevent that from happening 🙂

I timed out the mailings of the cards so everyone would get them on Monday April 18th. Of course some people did get theirs earlier (on Sat the 16th) but no one ruined anything with our immediate families finding out that day so it was fine! I LOVED getting all the texts and phone calls on Monday from everyone! It was pretty funny b/c most people were thrilled and even honored that they got a card but I did have a few who said their feelings were hurt. Um…if I took the time to HAND MAKE a card for YOU then that’s something to feel good about. Sorry we didn’t tell everyone in person. Telling in person isn’t half as cute as a card and we saved the in-person thing for immediate family only 🙂

We decided to tell the family on Sat April 16th. Courtney’s birthday is on the 15th so as soon as we realized we were pregnant I offered to host her birthday party. This should have thrown up a red flag b/c I’ve never done that before (it’s a BIG group of ppl to feed!) but we do have a new house WITH a pool so it actually made good sense to have it at our house! I also hosted a baby shower that morning at the house (post to come) so I was pretty stressed. I napped and rested between the shower and party and was ready to go once Kye got up from his nap. 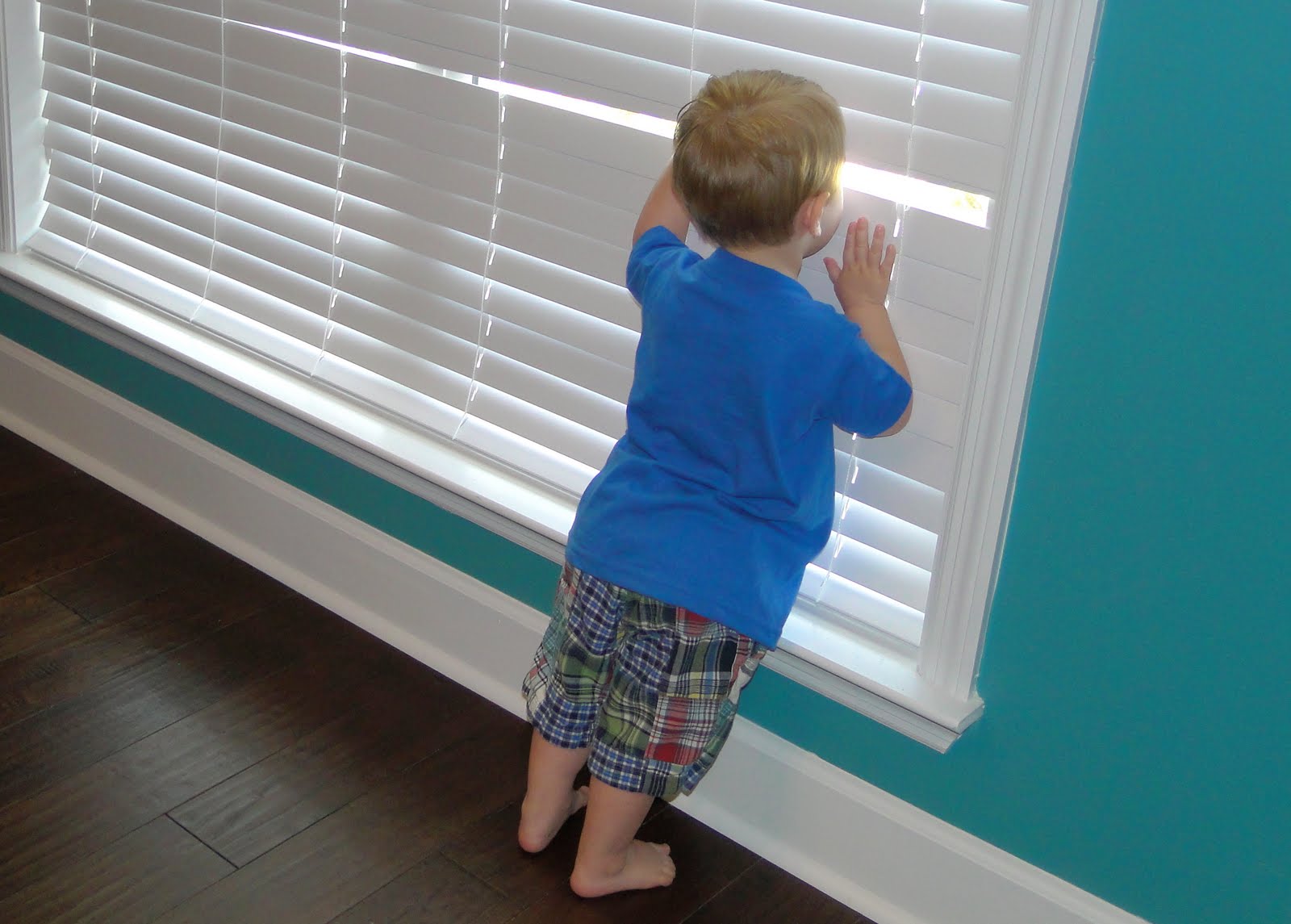 We put him in his Big Brother shirt (the same one you saw when you found out our news – it was sewn by Lorelai’s Closet!) then I called Mom and told her to go ahead and come over. I told her Kye was SUPER pumped to see her and that I was gonna video tape it (again, this is nothing strange to anyone around here!). She took what felt like forever to come over. We were DYING. Here’s the video when she got here and found out she’s gonna be a Gramma twice over! We knew Mom would catch on right away because she’s always commenting on Kye’s clothes and she didn’t disappoint 🙂

I had planned to call Zach’s parents and tell them the same thing about the video taping but didn’t get a chance to. They showed up a little sooner than I figured they would so I just rolled with it and taped them. It all happened so fast I don’t think they had time to even register it. Here’s their video! I hate that their video turned out so dark but it was hilarious b/c Mrs. Charlotte saw his shirt and made a funny face then realized what it meant 🙂

We didn’t video tape everyone else as they came in but Casey said “cool Big Brother shirt” and didn’t even realize what it meant. She thought it was just random play clothes I put on him since we were going swimming haha. Then Courtney TOTALLY was clueless. To her credit though she was handling her two children and Kye was more interested in Colt at that point than he was his shirt 🙂 It was neat to get to tell everyone and that we have a video showing reactions!

My Dad and Audrey happened to get their card that day as well and we had a GREAT talk that night! They conference called me and it made me feel so special to hear how excited they are about everything. This little baby will def be loved by all – no doubt about that!

With Kye I kept an actual old school journal of everything and I want to dig it up so I can put some of it with this baby’s pregnancy as I don’t remember much of all of that and it’s much easier to look things up on here!

As you can tell I’m THRILLED as is Zach and everyone else! Kye is clueless. I mean he’s TWO people! But I know he’s going to be a wonderful Big Brother 🙂 I hope everyone who got a card enjoyed the little surprise from us!