Can you tell my husband was out of town a lot this past month? Pretty obvious seeing that I took a milllllion pictures of my child! It was all too much to put in his monthly recap post so I broke down some of them into their own separate posts 🙂

Out of every room in the house, our bathroom is Kye’s favorite. He just loves it! It’s so funny! I will purposely wait to get ready until he has awake time so we can play in there together. I guess he likes it because it’s so open and there are so many things to do. I also think that the tile is easier for him to crawl on for some reason. Maybe the carpet slows him down? He enjoys turning on and off the water on the tub, playing with his toys, yelling to hear the echo, trying to open the cabinets and drawers (which have been baby proofed), and opening and closing the door to the bedroom. Here is a video of how LOUD he gets in the bathroom, the echo is great! He laughs more in the bathroom than he does anywhere else…it almost is as much as he does when he sees the dogs! 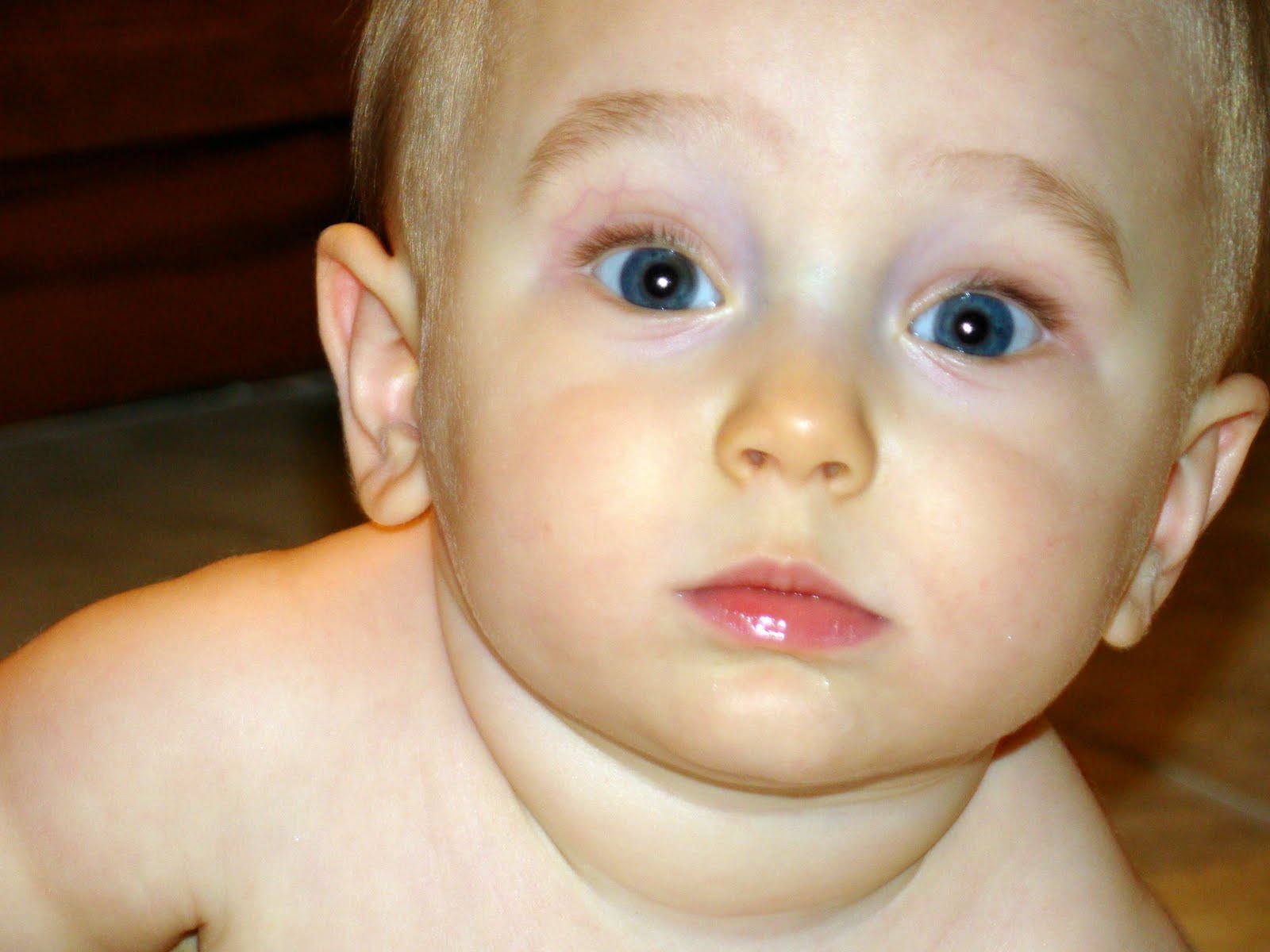 Here is a video of him turning on and off the water in our tub. I know it’s probably one of those things that should be a “no sir” but it’s nice to have one thing that I actually let the poor kid explore and do haha. I actually taught him how to do it too! It may become an issue when he’s tall enough to reach and feel the water (as he often turns on the hot side) but I think by that time he won’t be very interested in playing with it anymore. 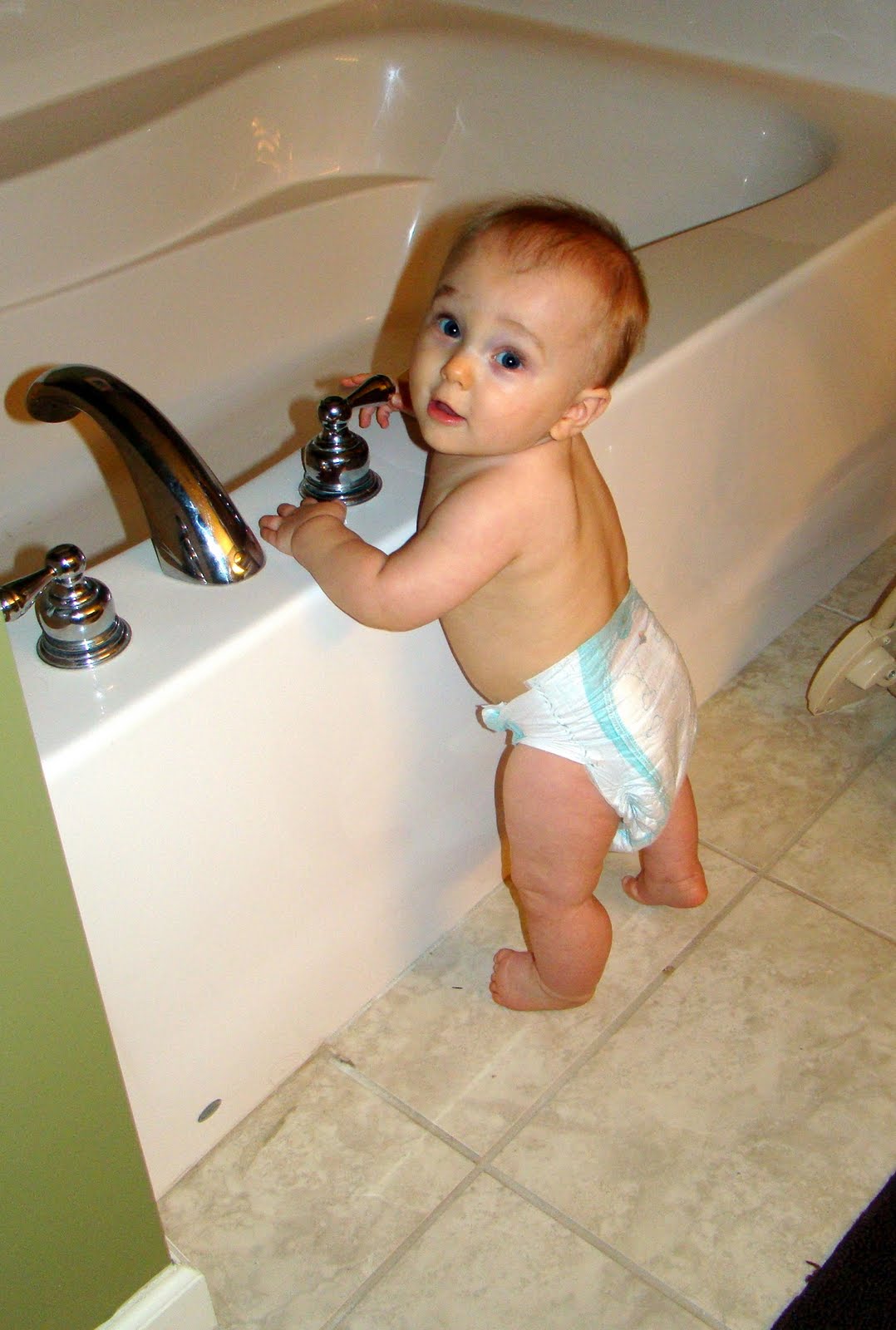 Here are some other pictures of Kye enjoying the bathroom! 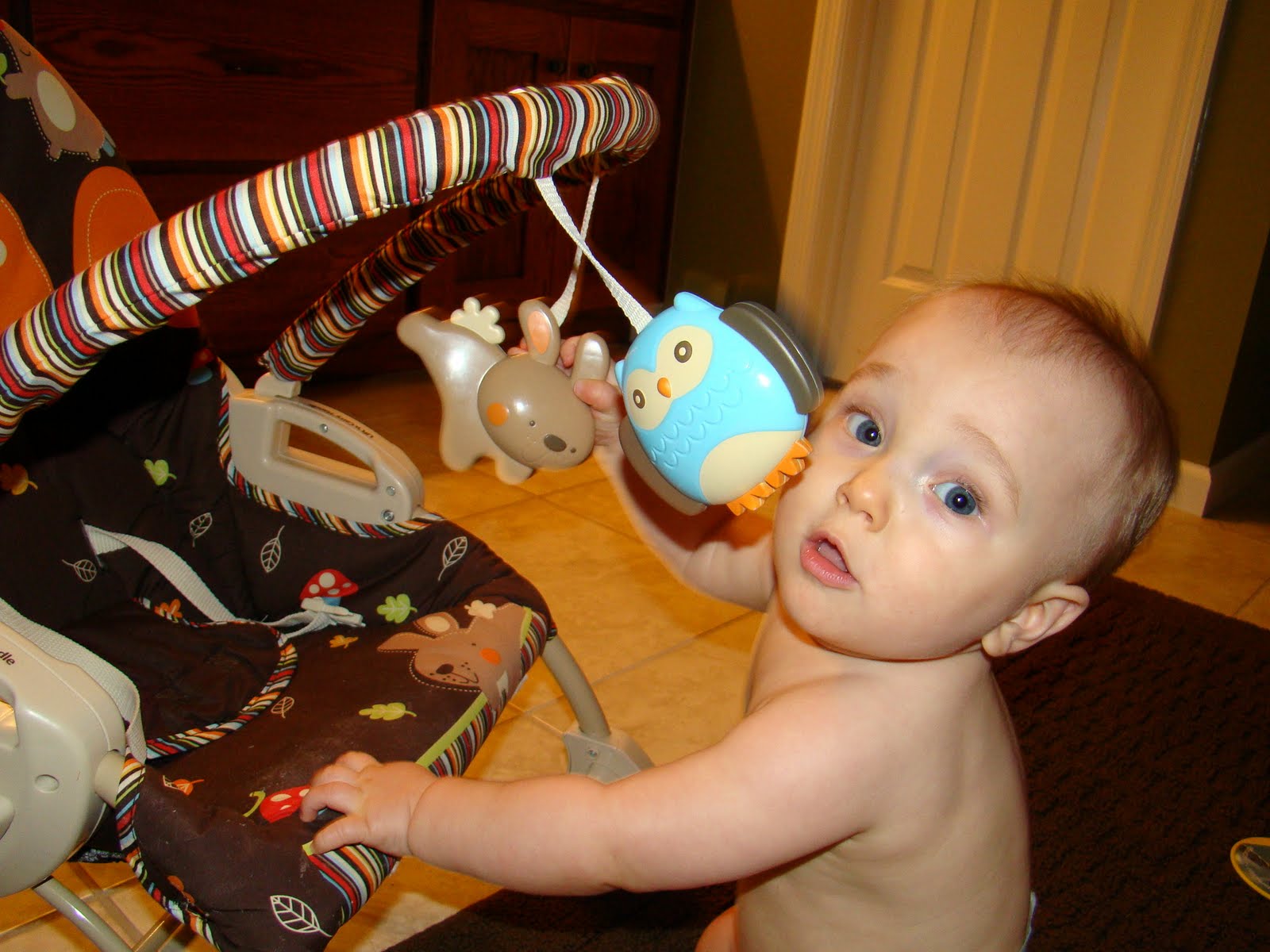 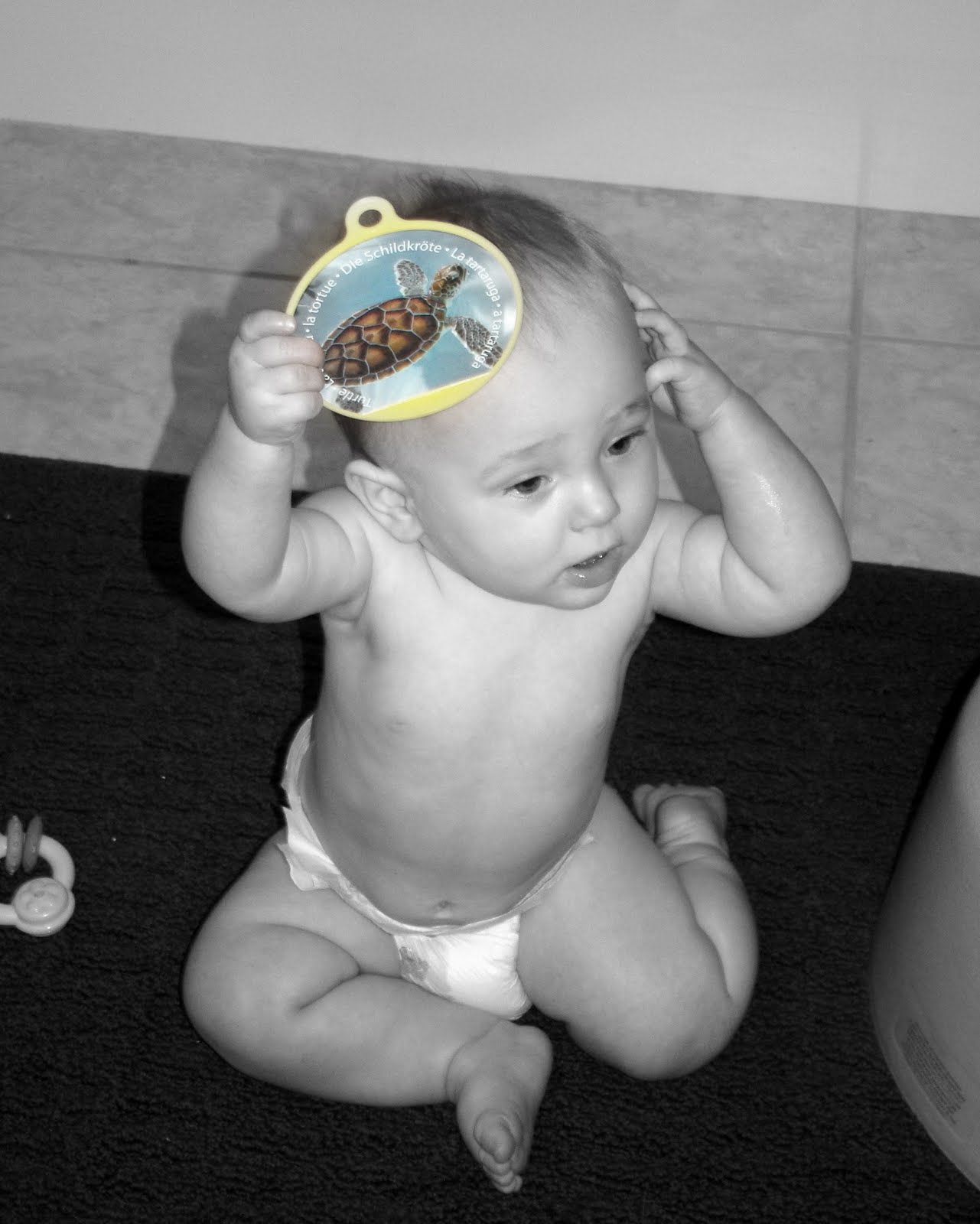 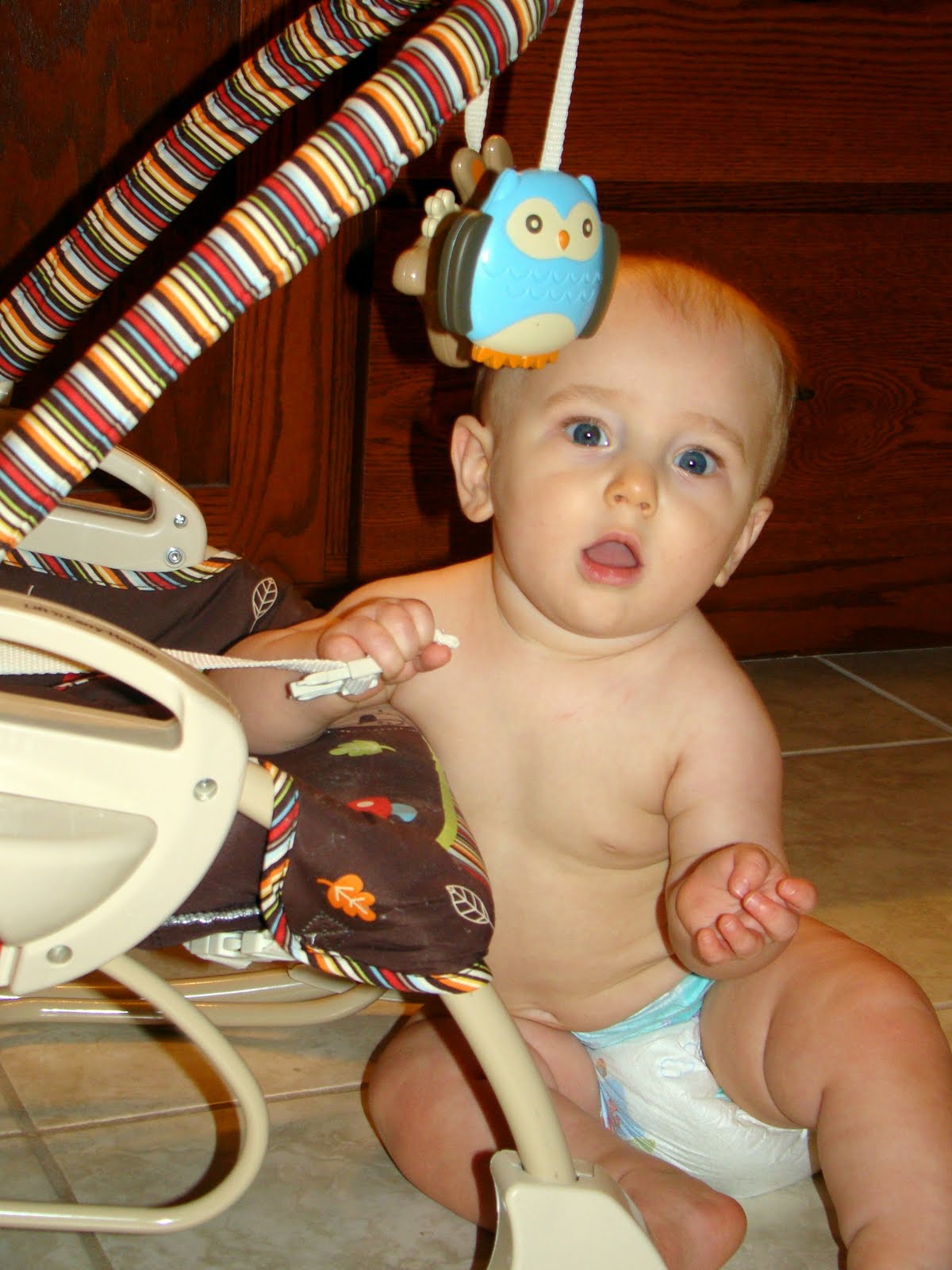