This year for Mother’s Day Zach (and Kye) gave me an “Emily Day” filled with all the things they knew I would enjoy. So….I stole the idea 🙂 For Father’s Day we had a day all about Zach! We’re pretty broke right now due to all our house stuff going on so we said no gifts but after Zach’s sneaky self buying me an anniversary present when he wasn’t supposed to I felt like I could get away with getting him a little something. So again, I stole his idea and got him a massage! He got a 2 hour deep tissue massage AND a pedicure. He’s been under SO much stress lately and doing so much physical work with all the moving that he really deserved it 🙂

Our day started off with letting Daddy sleep in while Mommy and Kye made cinnamon rolls and then we surprised Daddy with breakfast in bed! 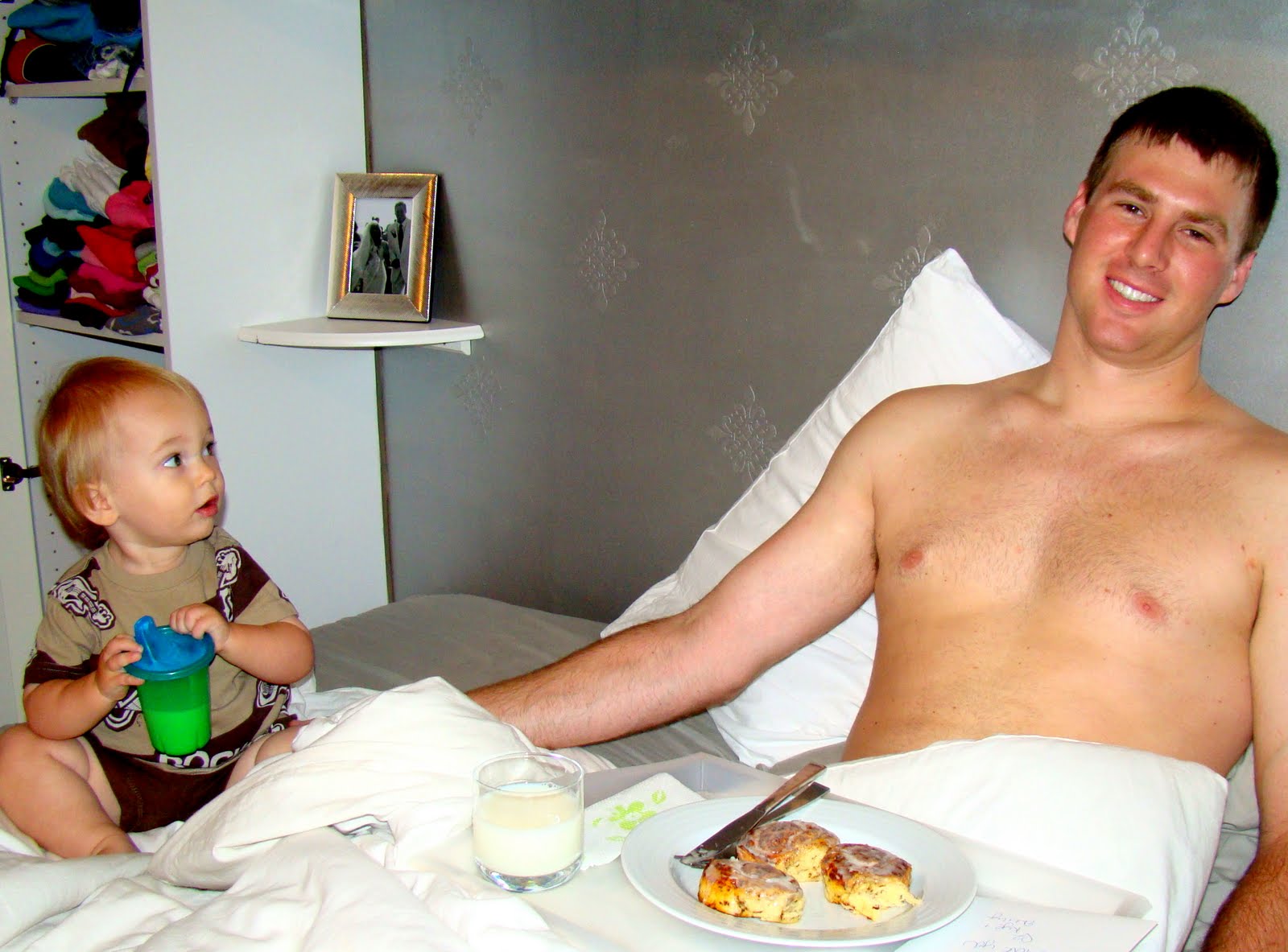 Kye was in such shock to get to eat a cinnamon roll that he just sat there with it in his mouth, my child is so deprived. 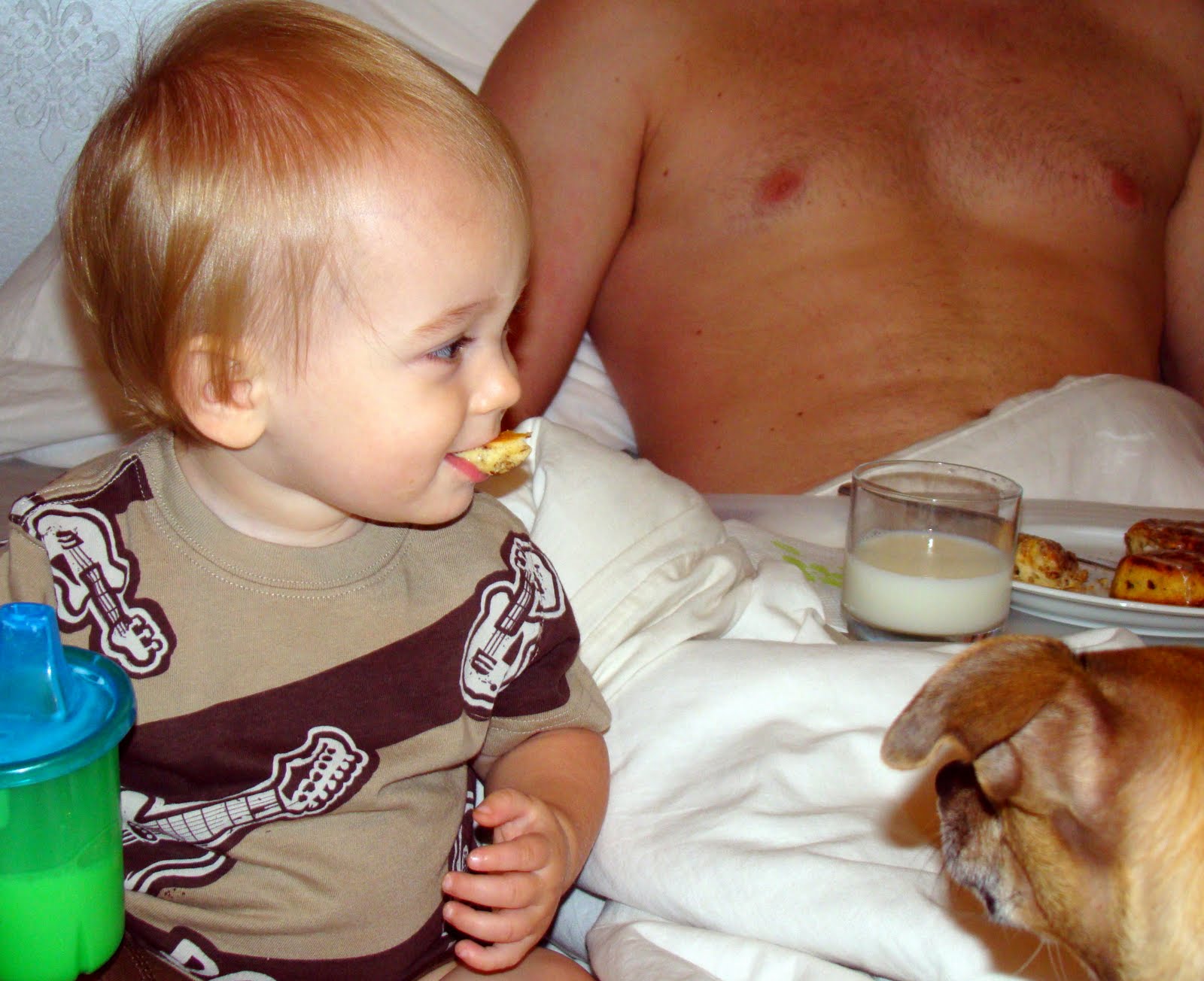 With our cards and his itinerary for the day 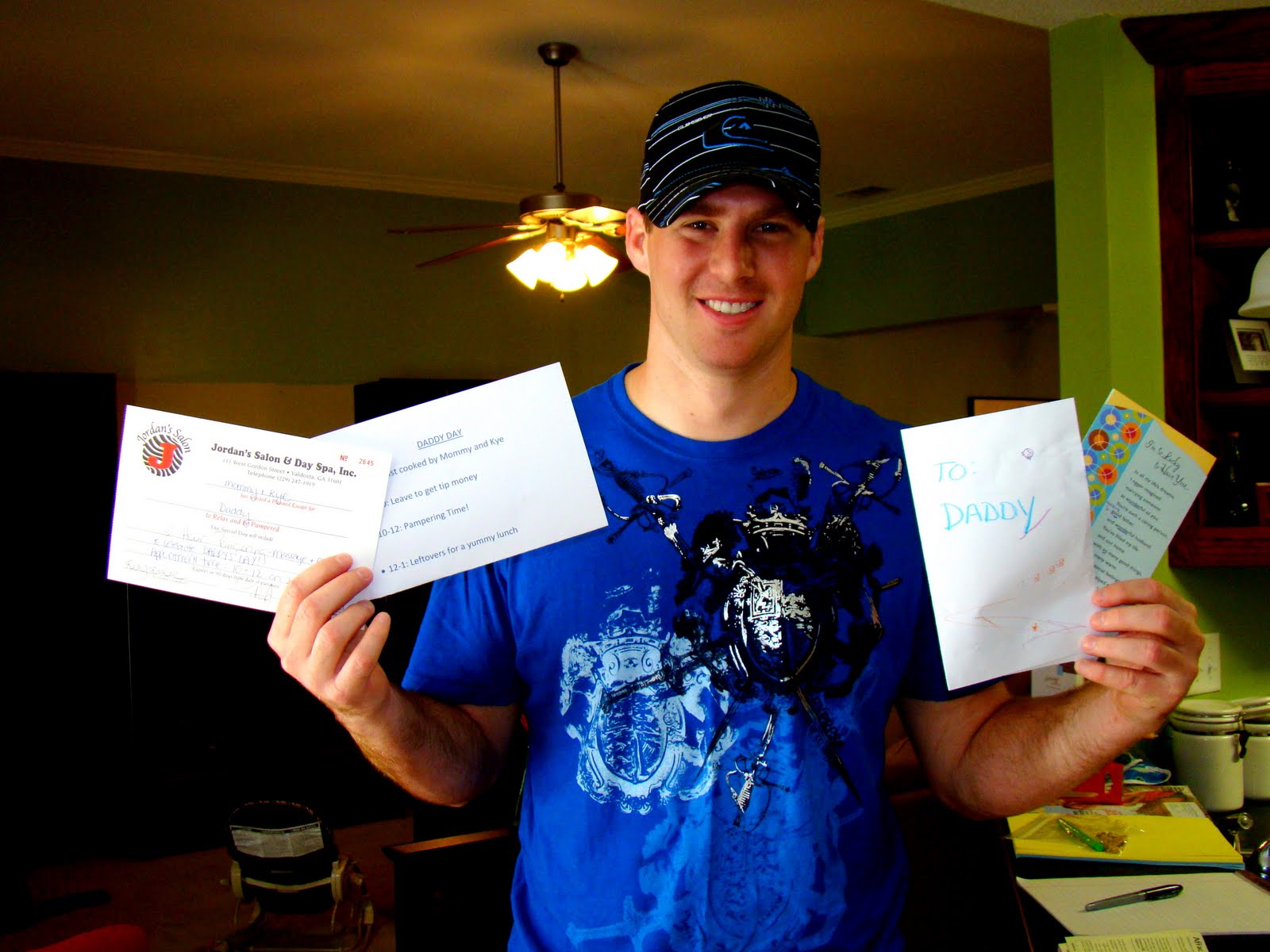 While he was enjoying his massage I baked him some homemade choc chips cookies, yum. 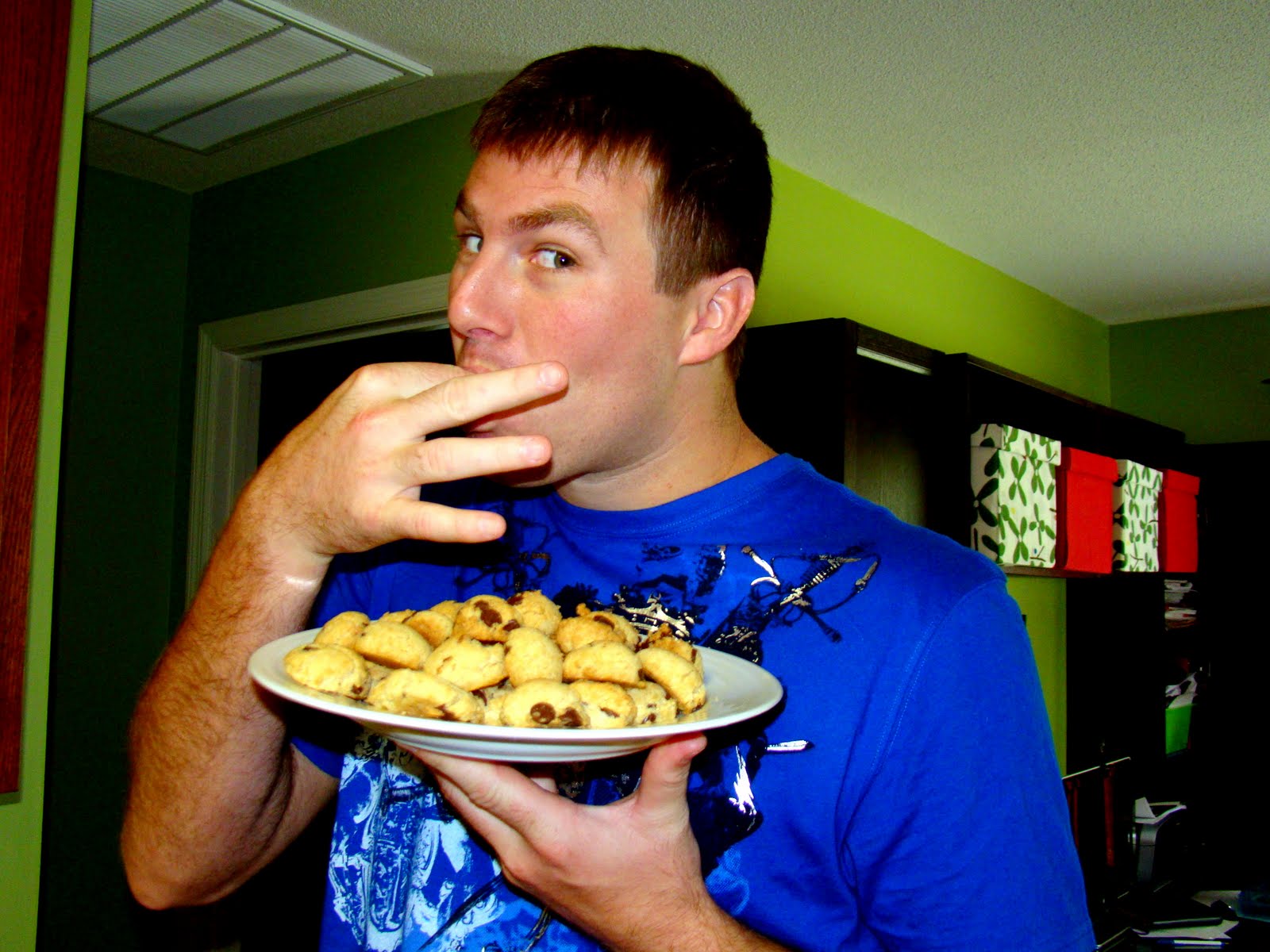 . Once Kye got up from his nap we headed out to the golf course for our first family golf outing. I took SO many pictures that I’m devoting an entire post to the event but here’s a sneak peak 🙂 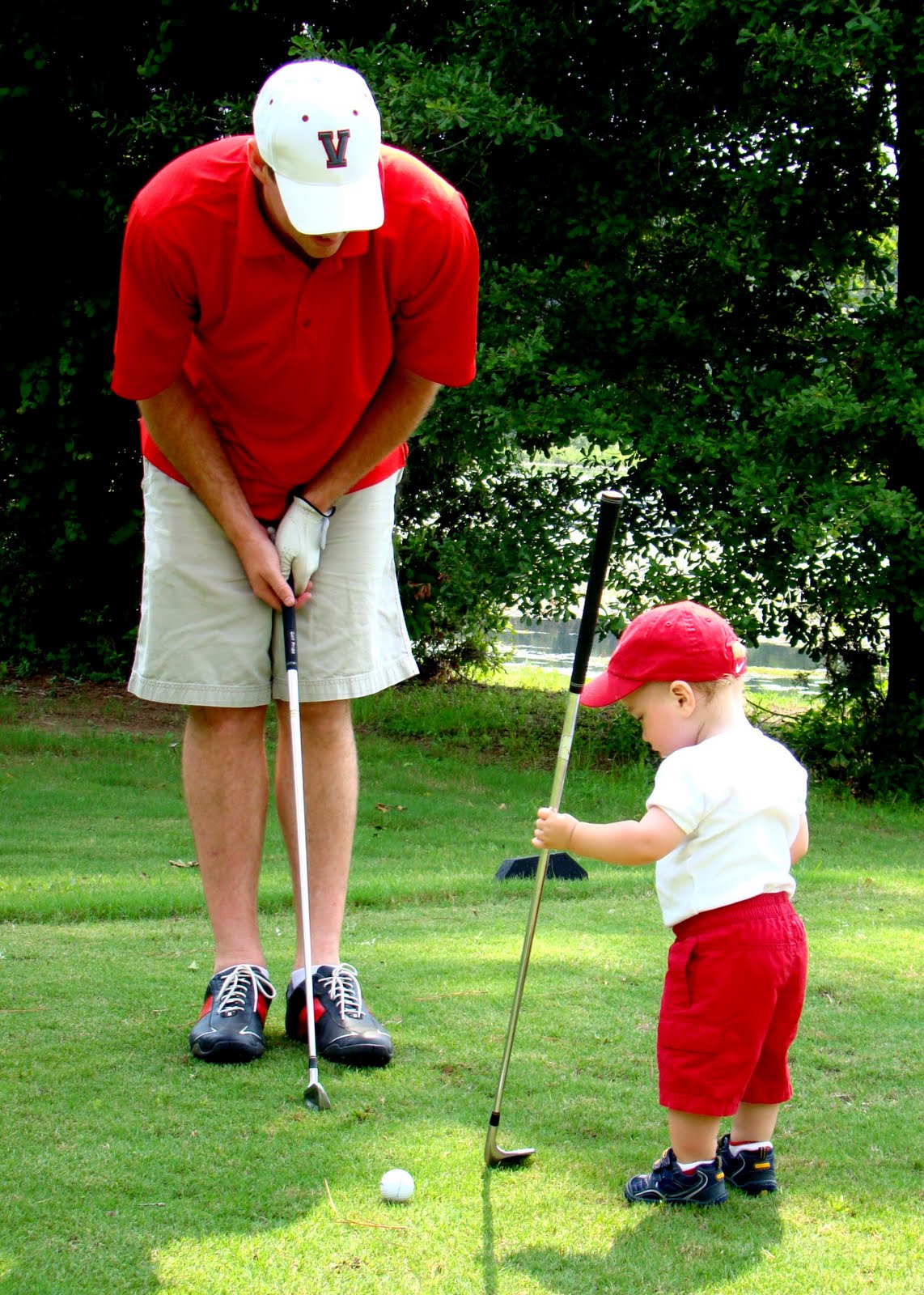 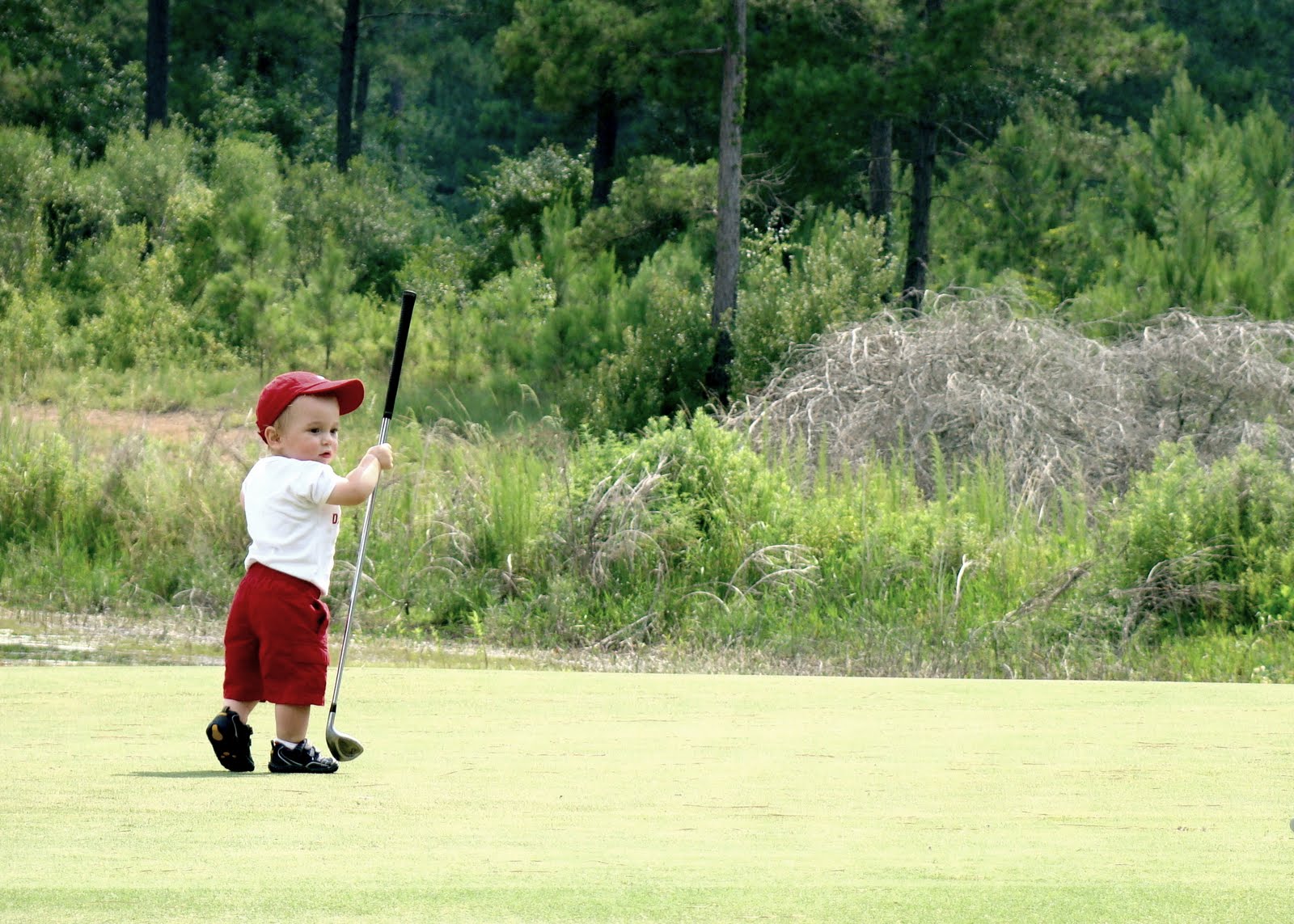 After our tough afternoon on the course we worked up quite the appetite and let Zach choose where he wanted to go for dinner. He picked some good ‘ole Southern cookin’ down at the Smokin’ Pig. Kye LOVES it there (when we went with Brandon and Chrissy he ate non-stop for like 2 hours!) so I, of course, love it there now too (I’m turning into such a MOM). We had a fun time together and I was impressed with Kye’s behavior. We don’t really go out to dinner often but I was proud when another mom pointed to Kye and told her son to start copying my son’s good behavior! 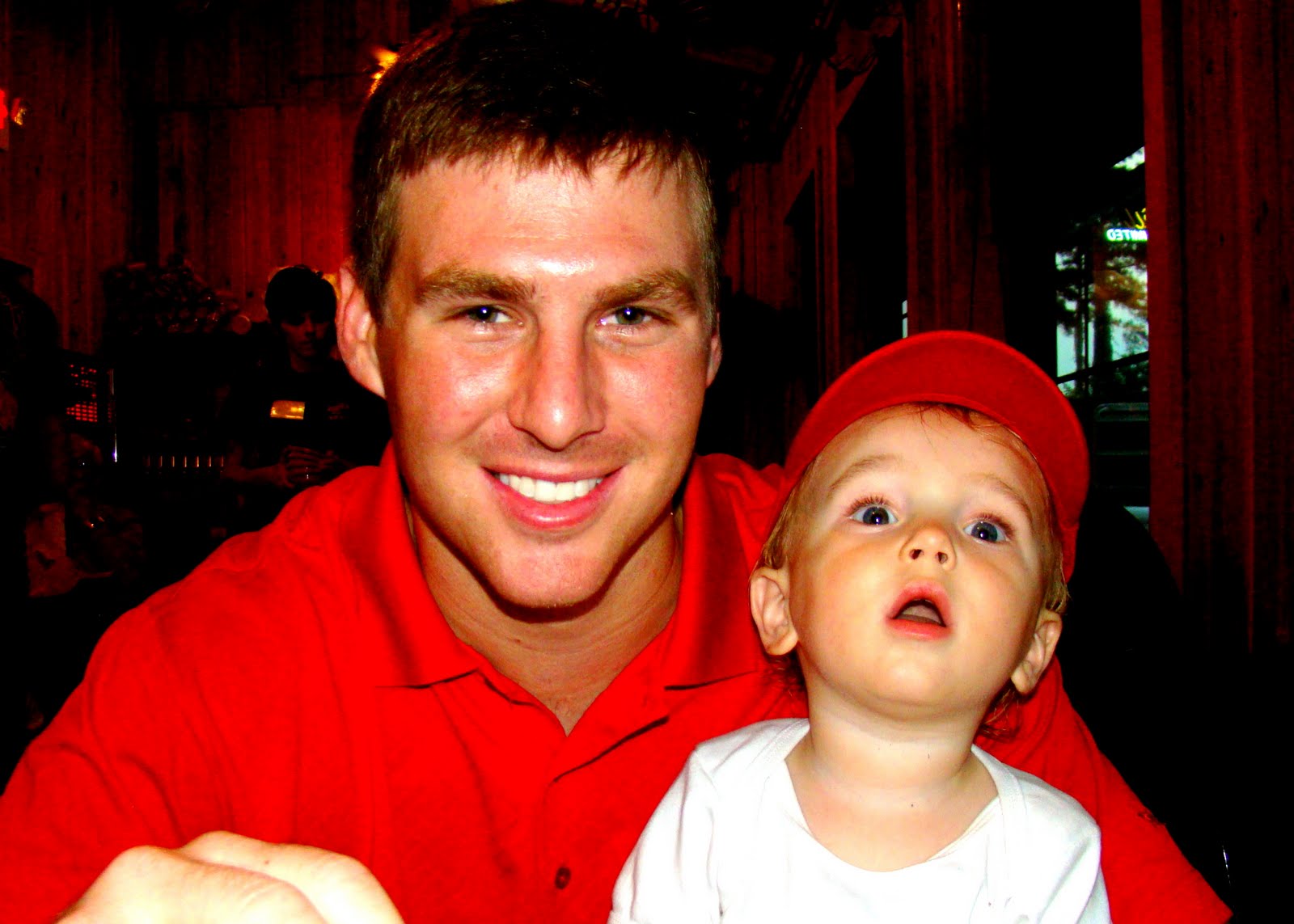 Overall, we had a GREAT day. Zach said he had such a good time that he couldn’t believe it wasn’t actually Father’s Day! Since Mother’s Day and Father’s Day always fall on Sundays we’ve decided to always celebrate each one as a family the day before the holiday so that way we can have a whole day together without the rush of church and all. Plus that way it gives us a chance to spend the real day with our parents. For lunch we went over to Mrs. Charlotte’s to spend some quality Dad-time with Mr. Rusty and we managed to snap a few pretty cute pictures in her new garden area! 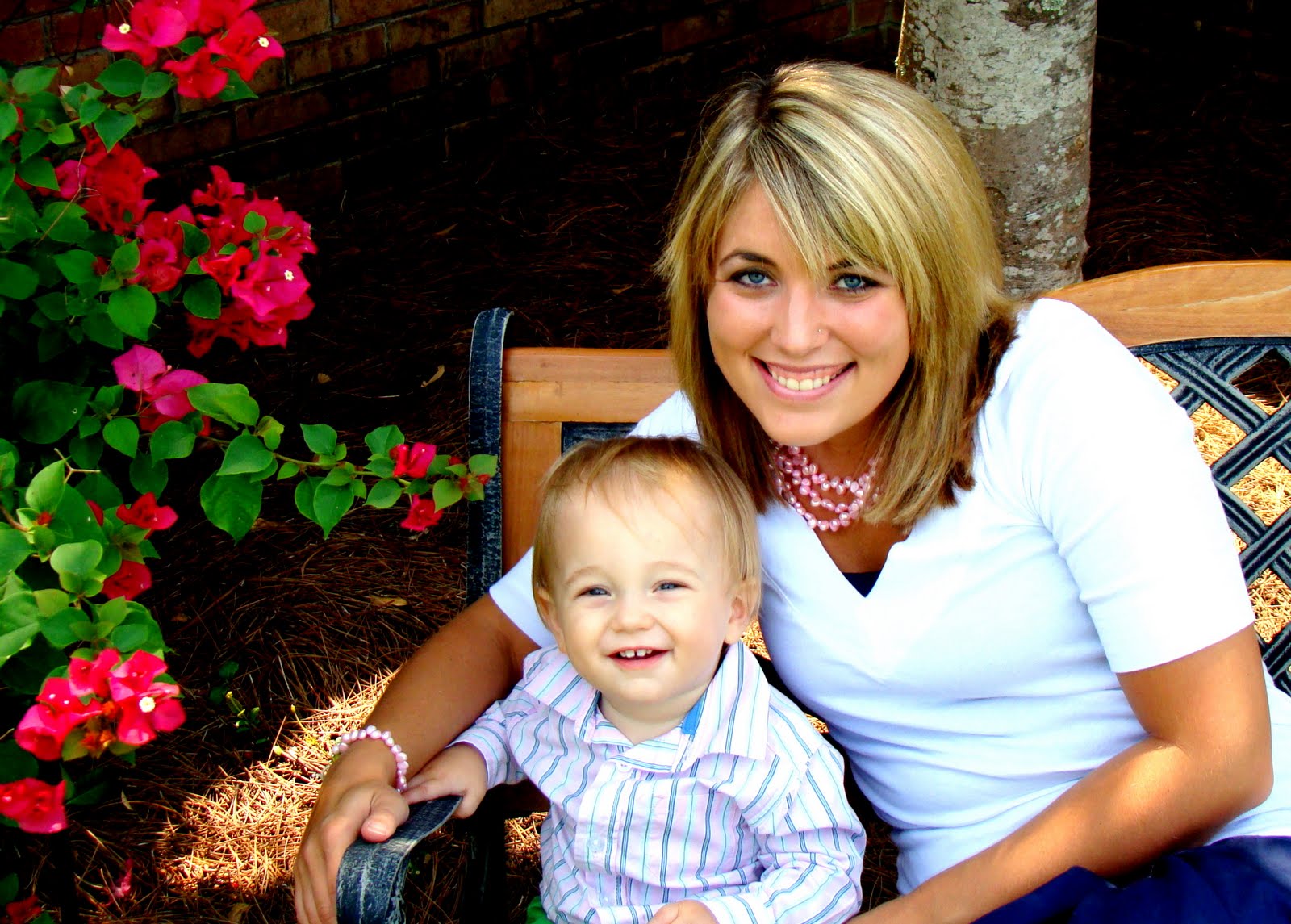 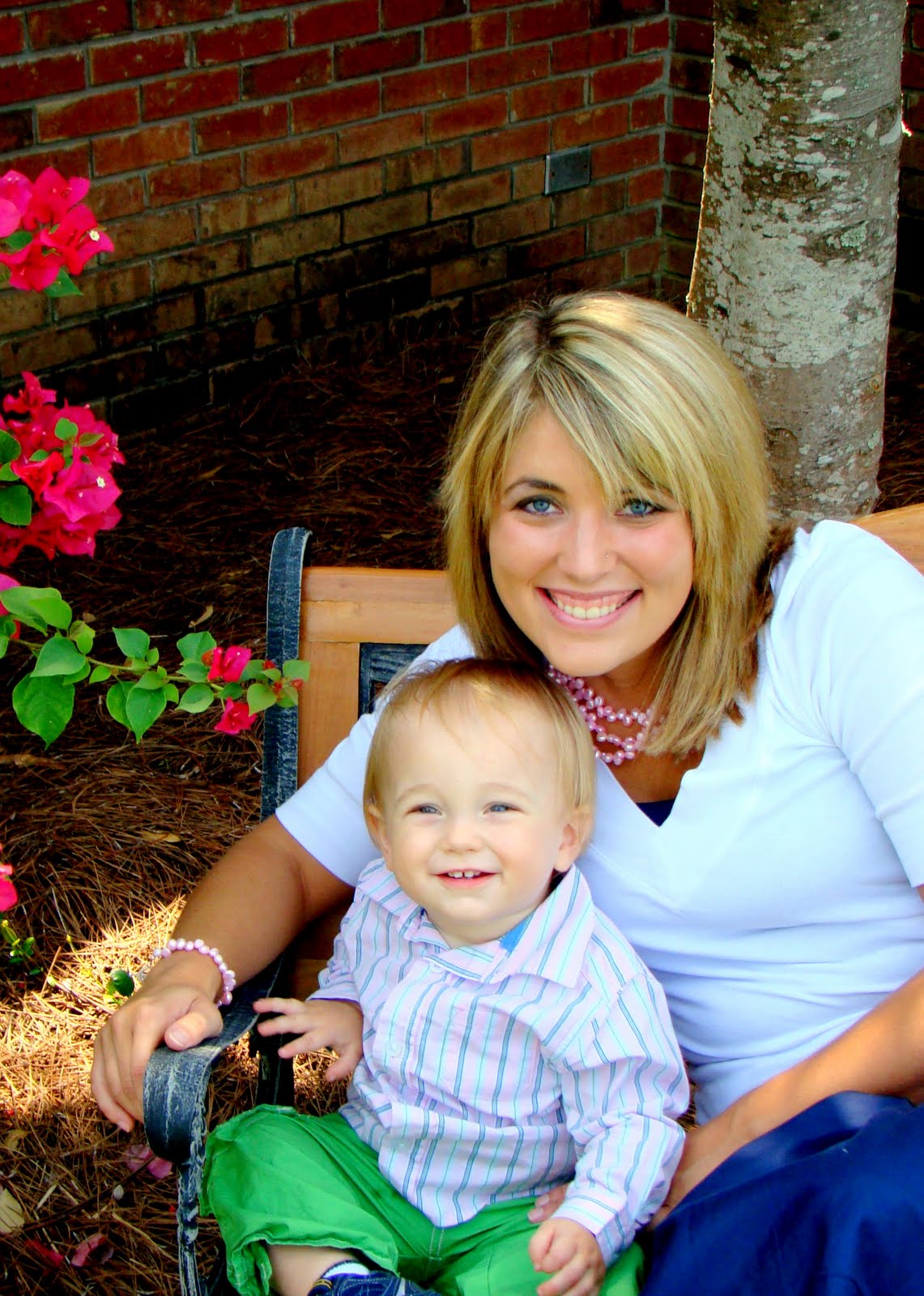 I’m so lucky my son has such an AMAZING dad! 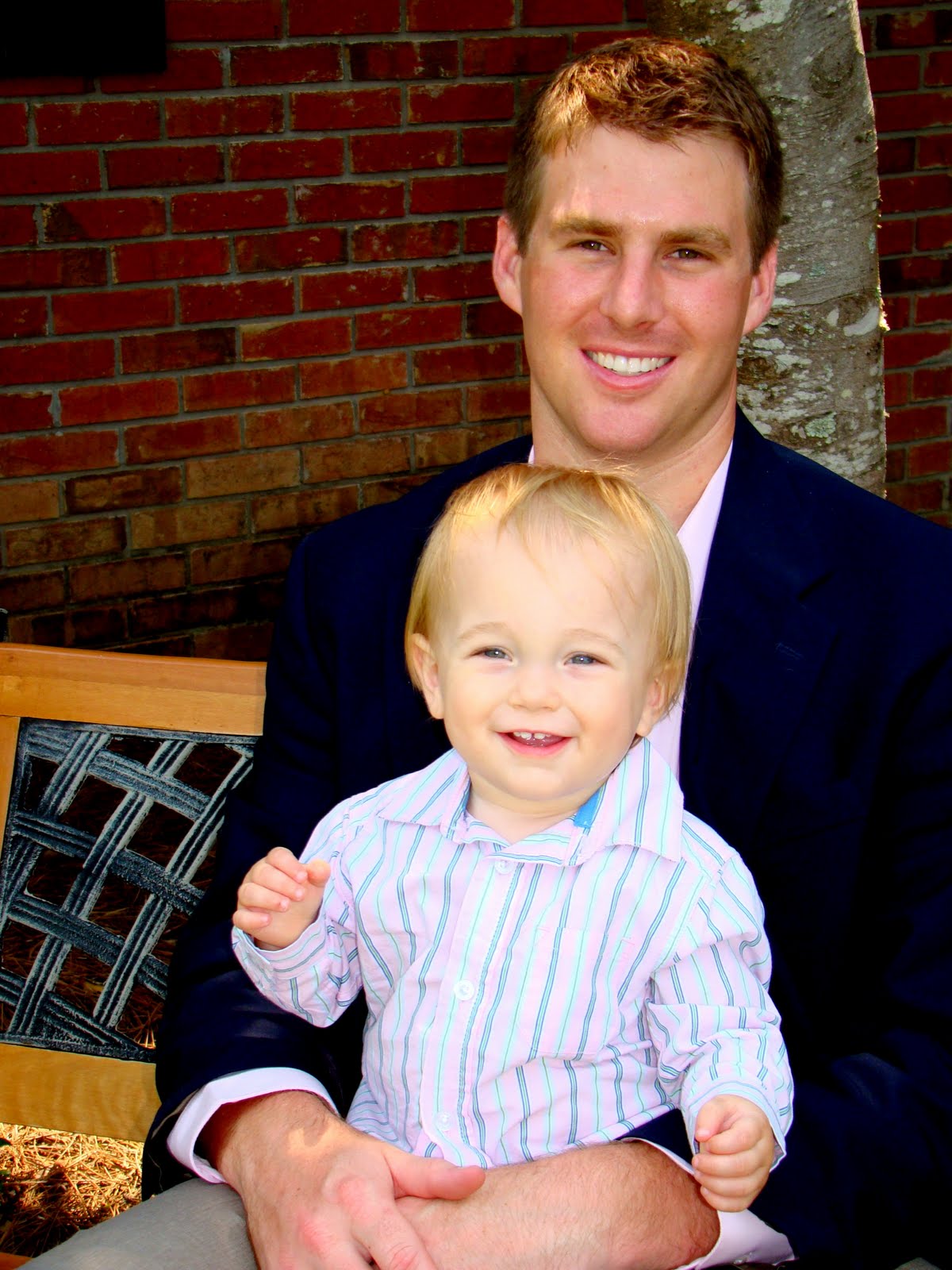