Friday Feb 15th was FAMILY DAY! I had high hopes for Friday being an awesome day since Thursday had kinda been a little disappointing with the FREEZING weather and all. Originally when we had planned the trip I was hardcore about going CHEAP with it. I packed stuff for us to have pb sandwiches for lunch but Zach didn’t want to eat that so he picked up lunch for us both days. I also wanted to pack the waffle maker and all the fixin’s to do waffles but Zach was pretty hardcore about us just eating the continental breakfast offered in the lobby each morning. Of course when we got there and remembered that they were an hour behind our time we quickly realized breakfast wasn’t going to be possible. Added to that, the breakfast selection was VERY slim. So Zach ran to the store when we got there and picked up some donuts for breakfast. Food costs were more than I wanted them to be on this trip, but it was a good lesson for us. I need to communicate with Zach better about WHAT to pack for food so he will actually like the food I bring!

Anyways. We had donuts for breakfast. The kids still ate their typical breakfast of bananas, prunes, cheerios and milk. But we also let them each have a donut too. I mean we aren’t cruel enough to eat them in front of our kids without sharing 😉 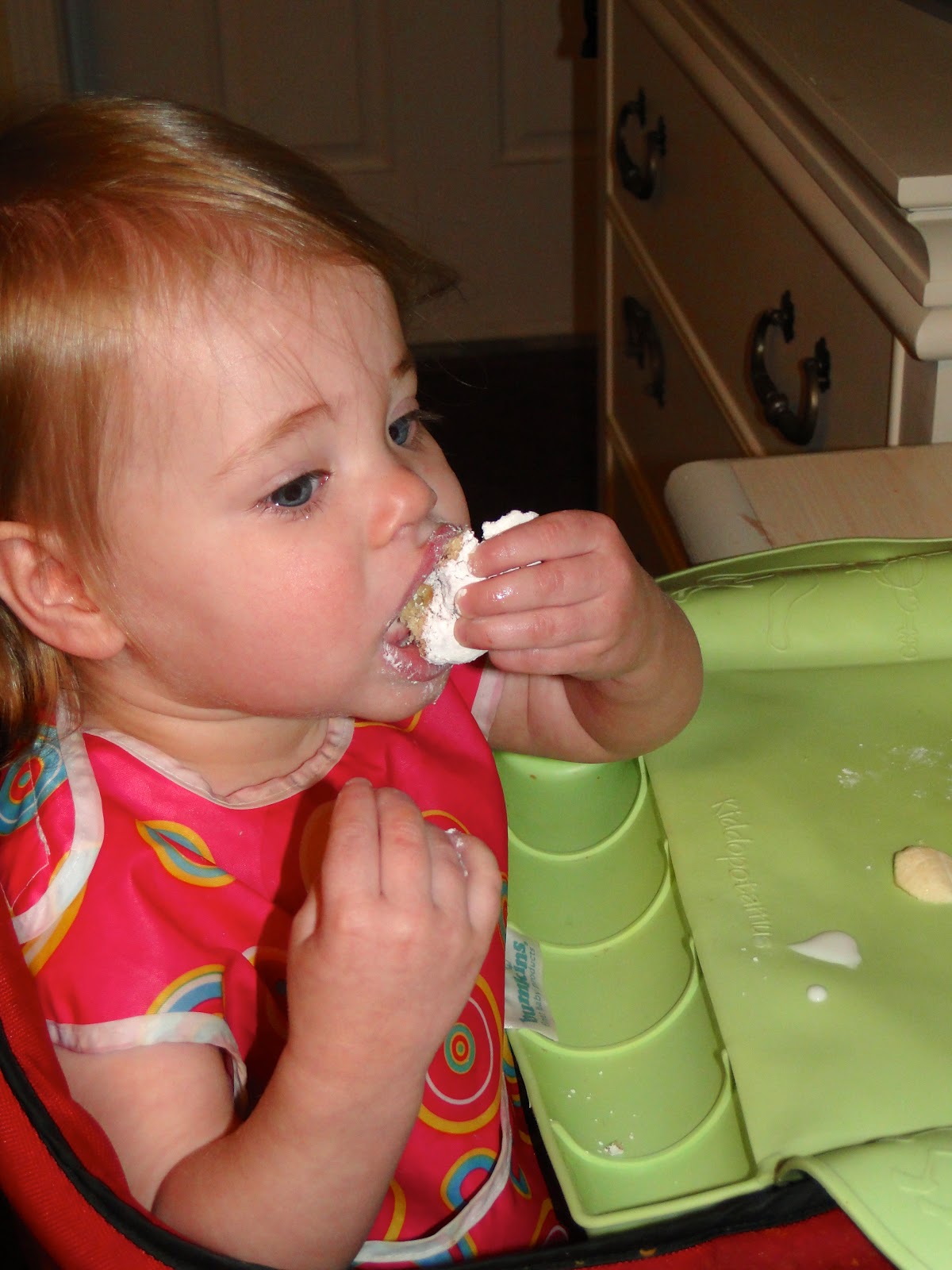 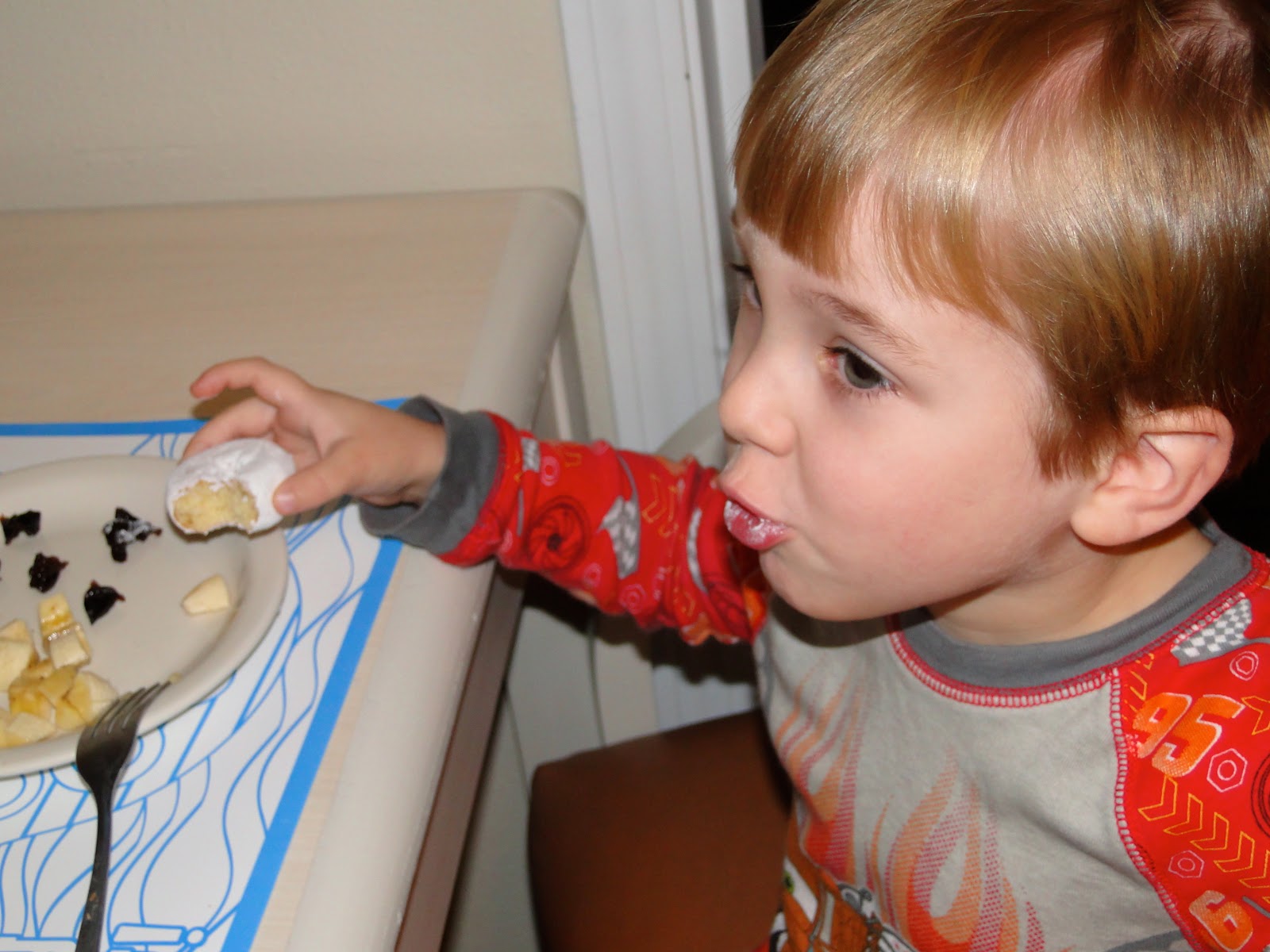 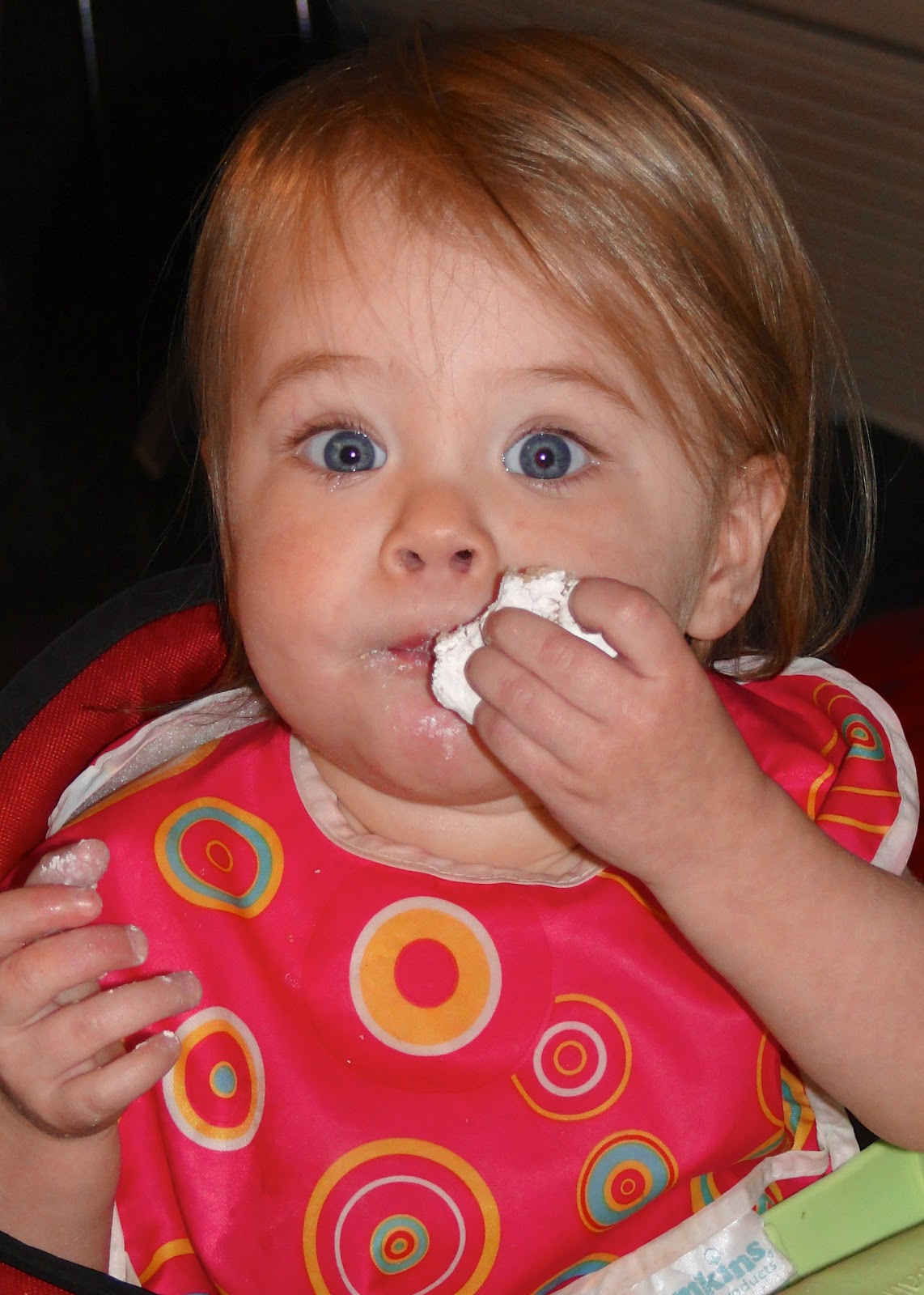 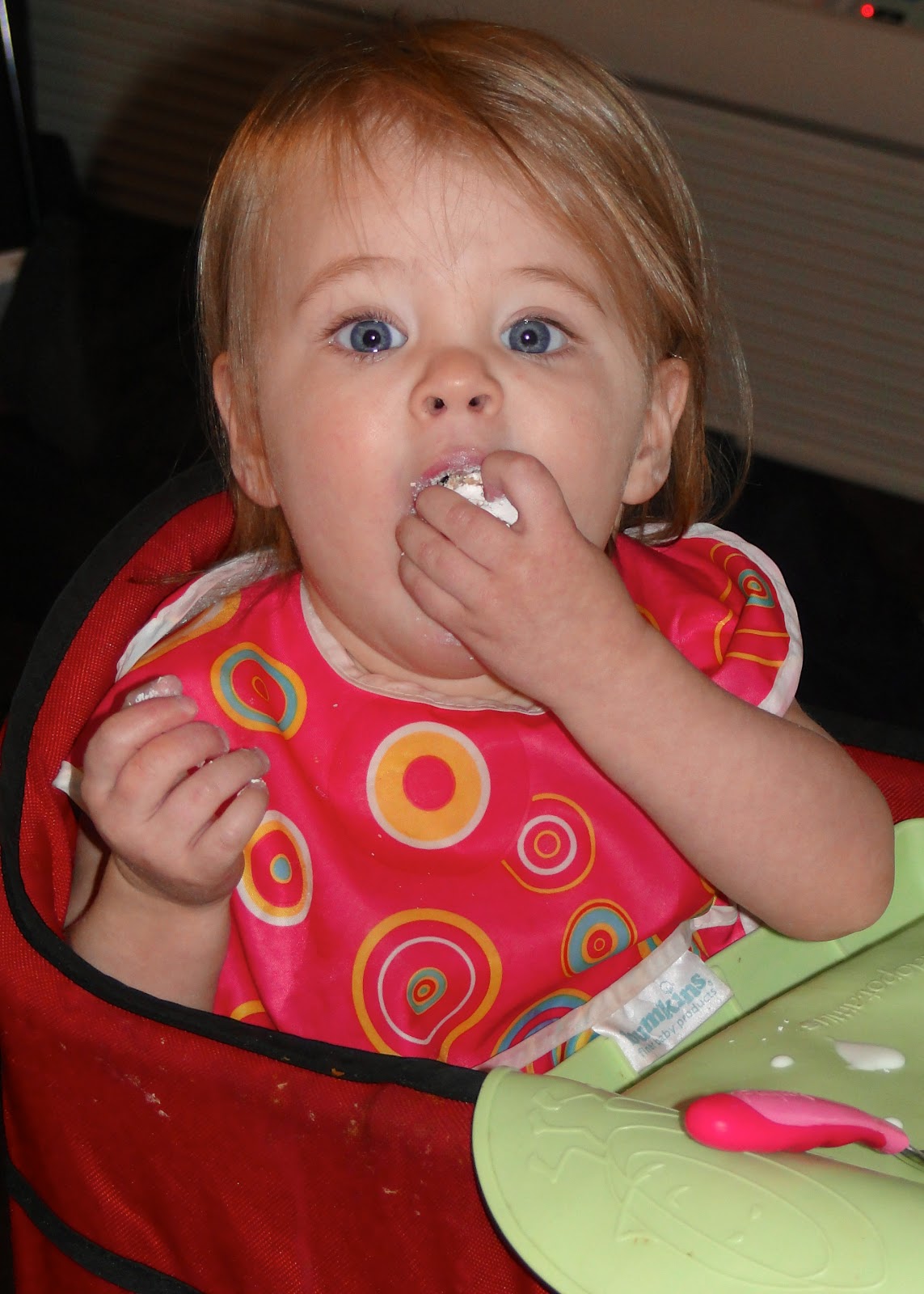 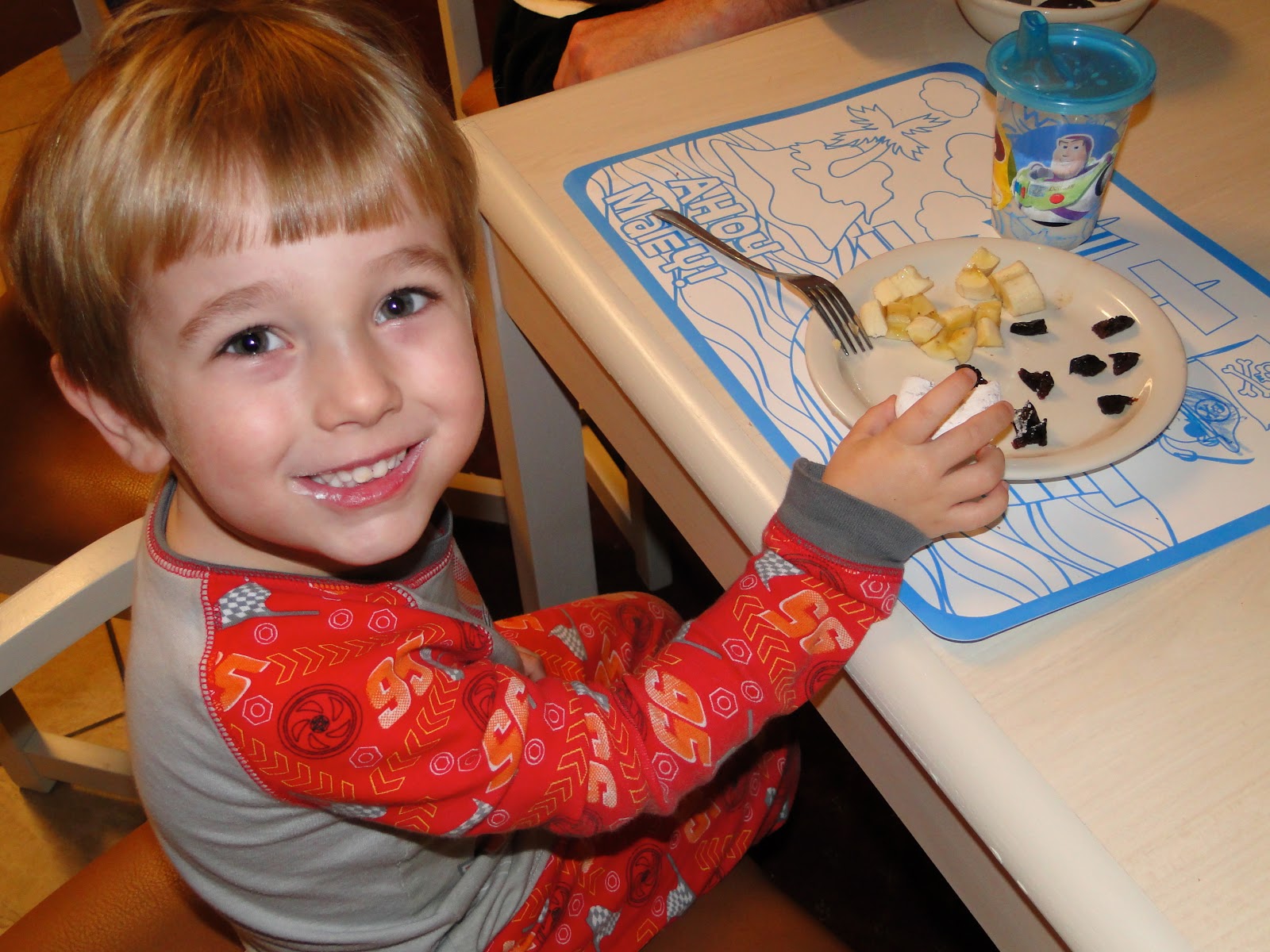 Zach’s breakfast. He loves to let his donuts soak in milk. So gross! 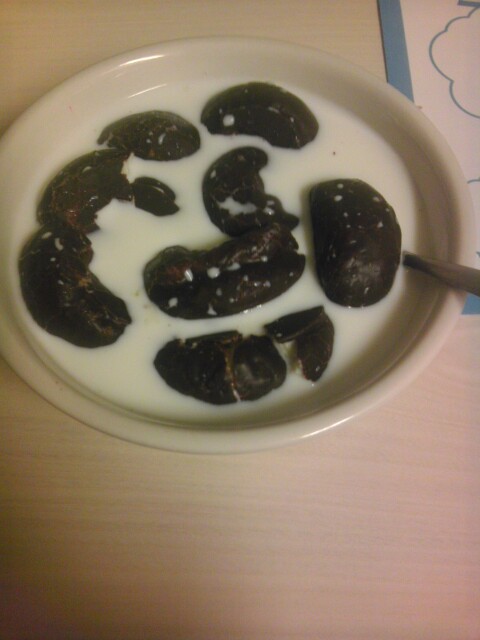 After breakfast we just had a lazy pj morning together as a family. We snuggled up on the porch to look at the beach and check out the weather. Thankfully it was supposed to be warmer for us! 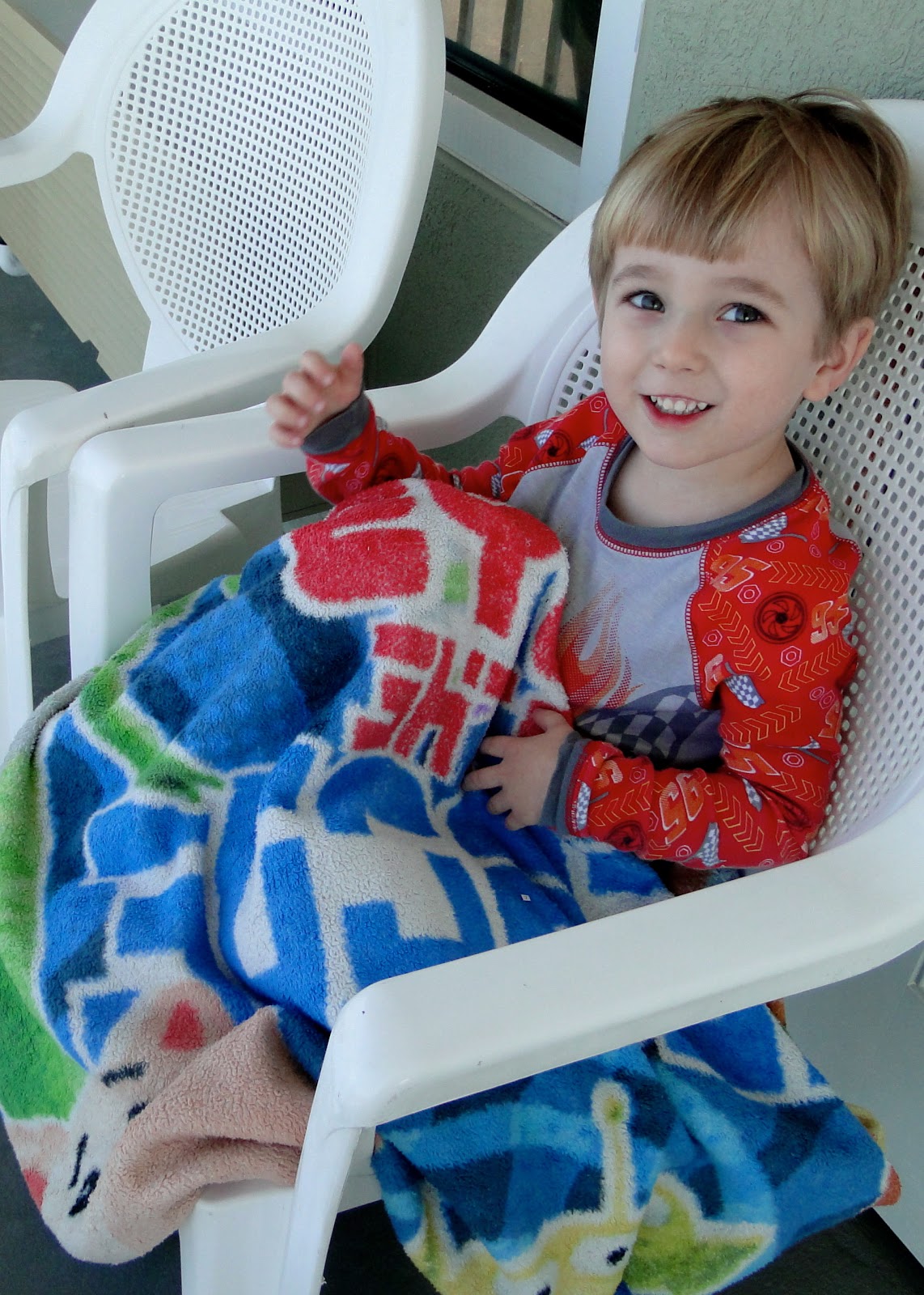 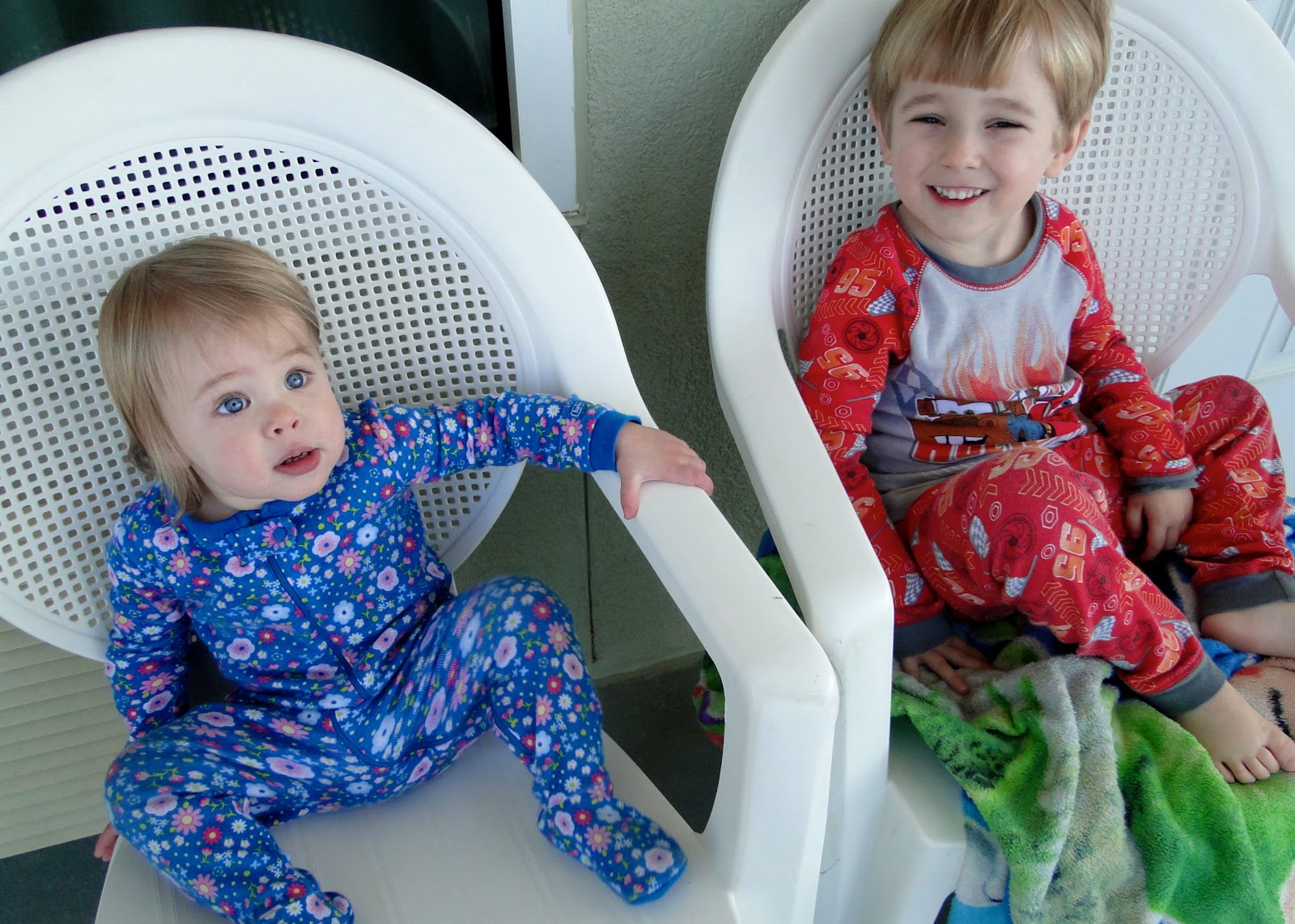 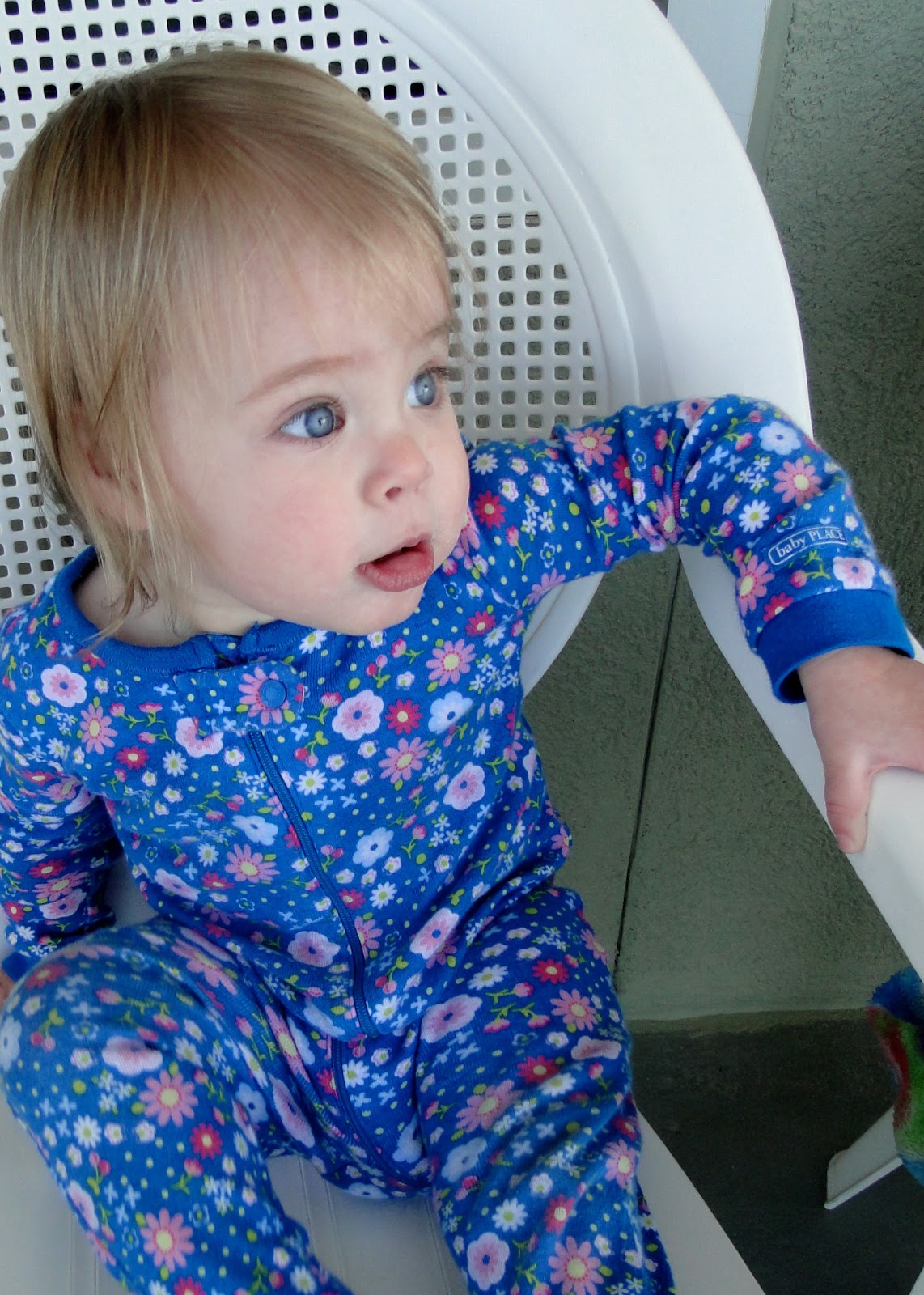 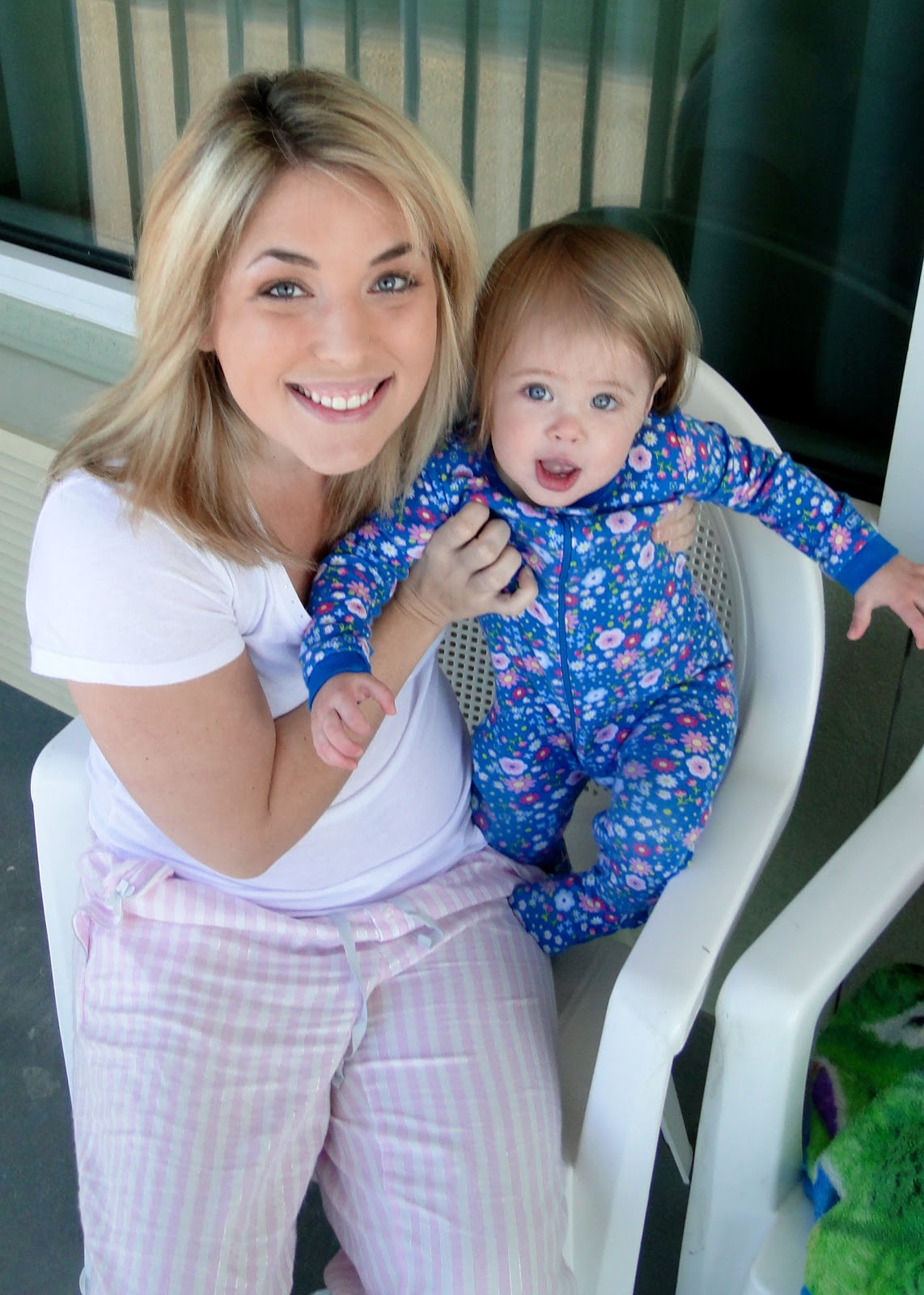 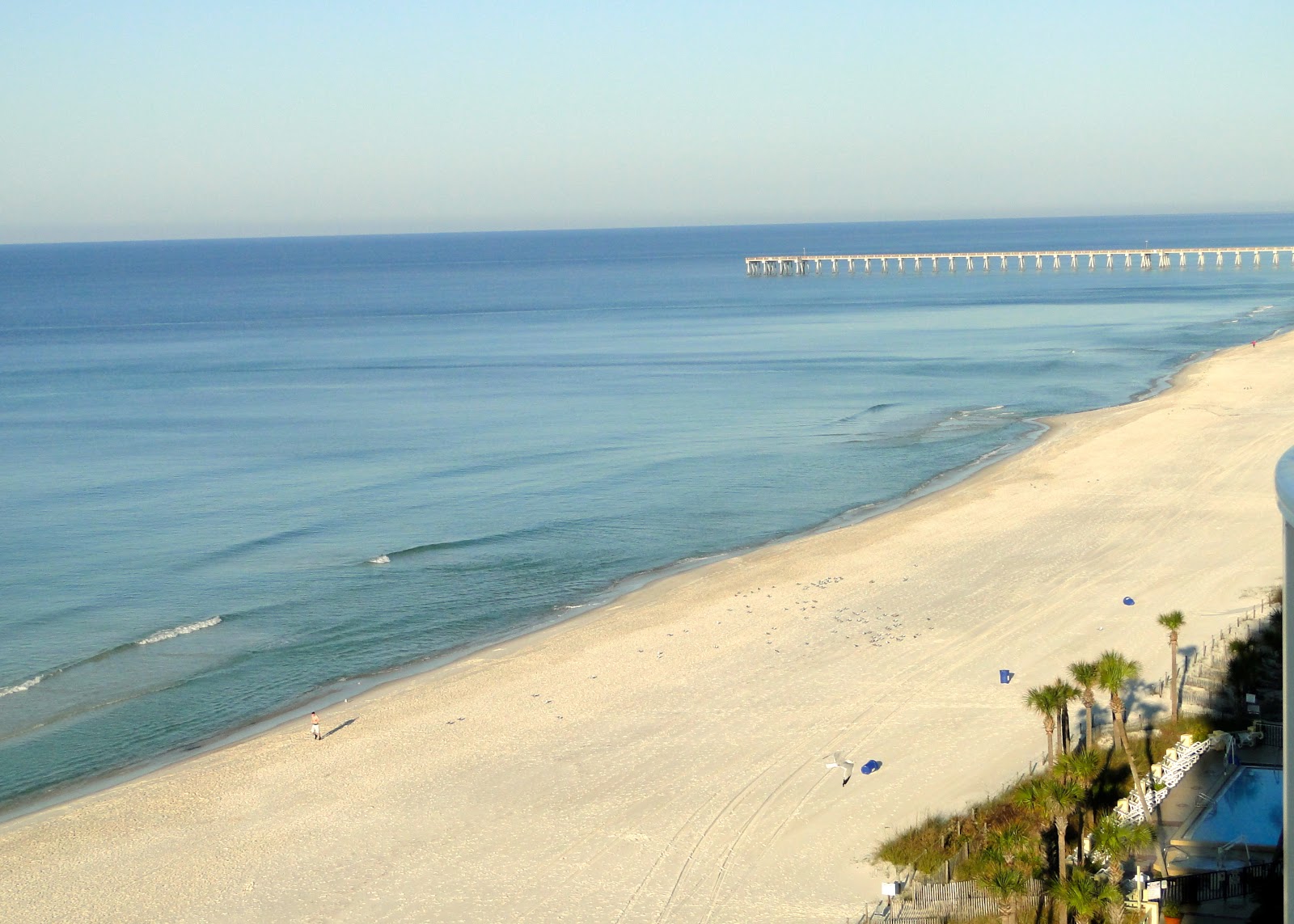 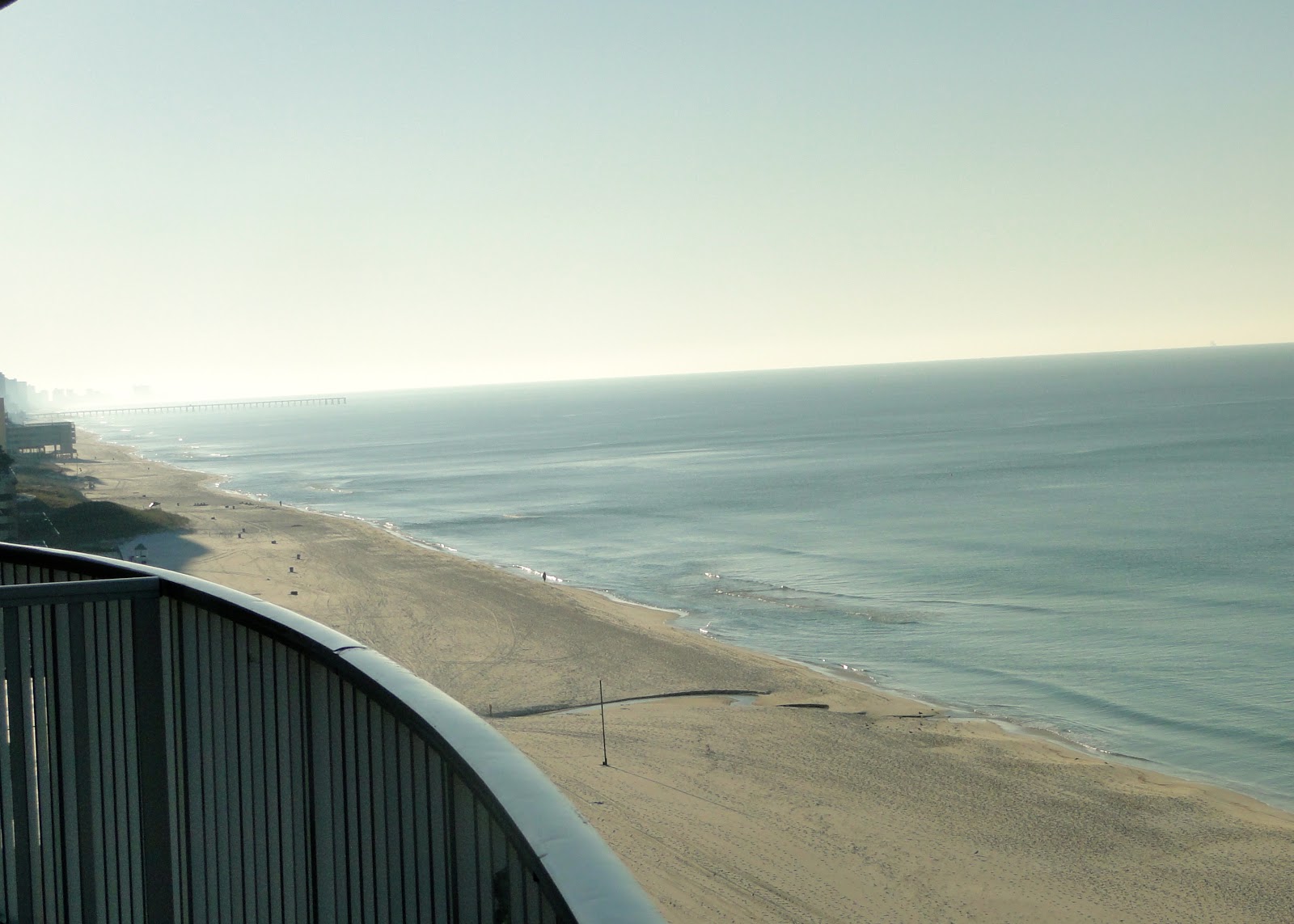 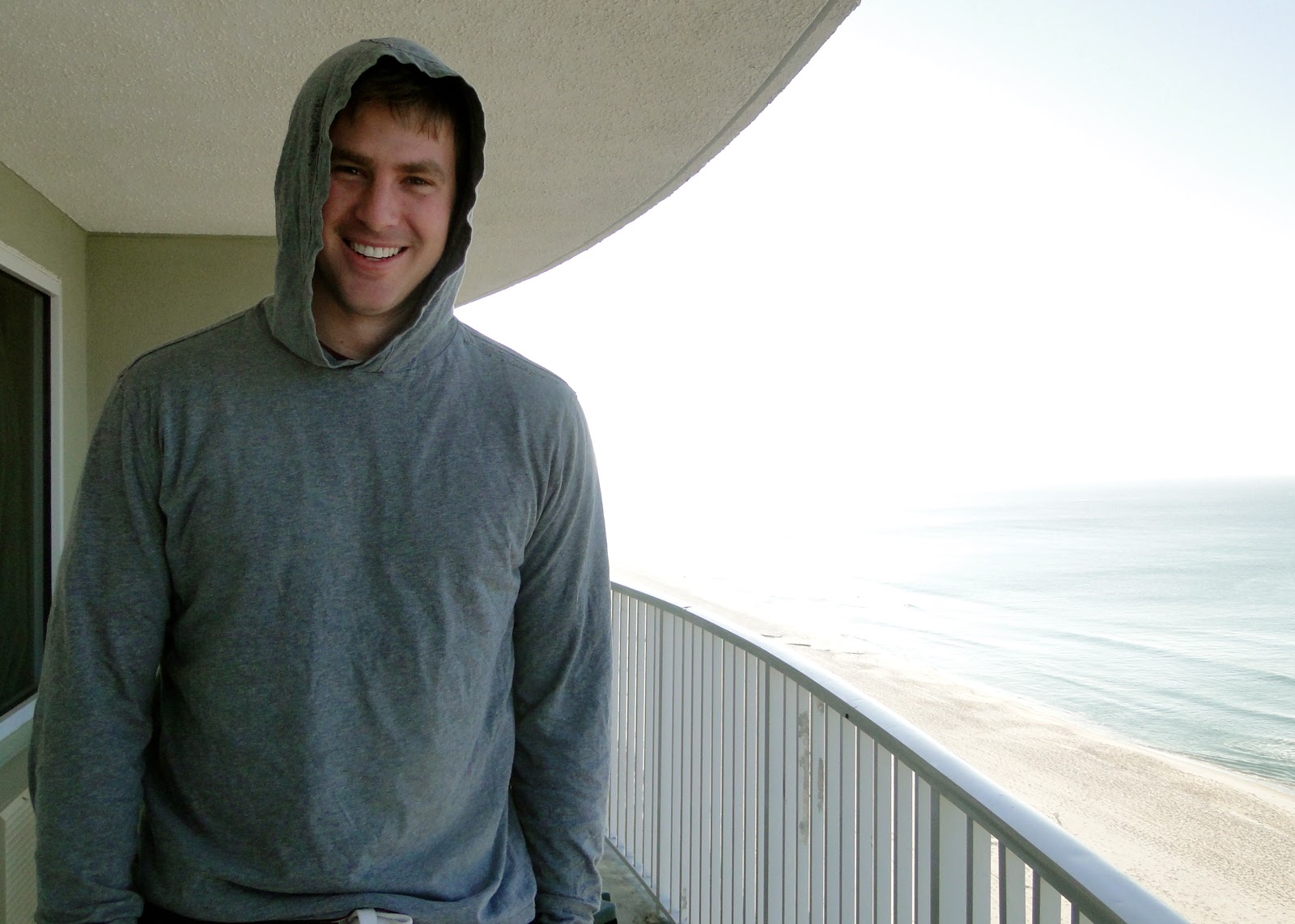 When Britt went down for her nap Kye and Zach left. Since Britt’s bed was rigged up in the little entryway where the door to our room was it was important for them to leave and not come back until after her nap was over. Of course once they left they realized they forgot a lot of stuff. It was pretty fun throwing things down to them from our balcony. I mean we were NINE stories up! I did accidently throw one towel down a little too closely to the building and it landed inside someone elses balcony haha Everything else made it fine though! And Zach made sure to tell Kye that it was a ONE TIME ONLY situation 😉

Kye was DYING to swim in the pool so Zach sat (all bundled up) and watch him haha. Kye enjoyed it though! 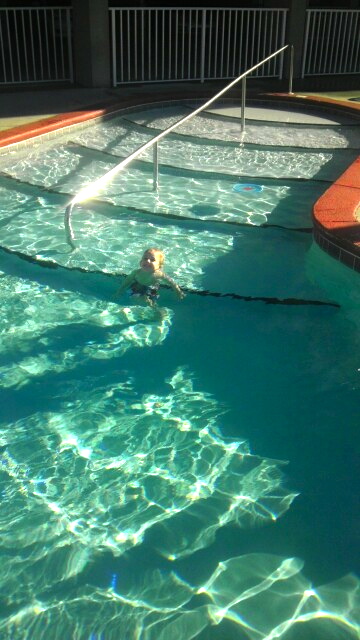 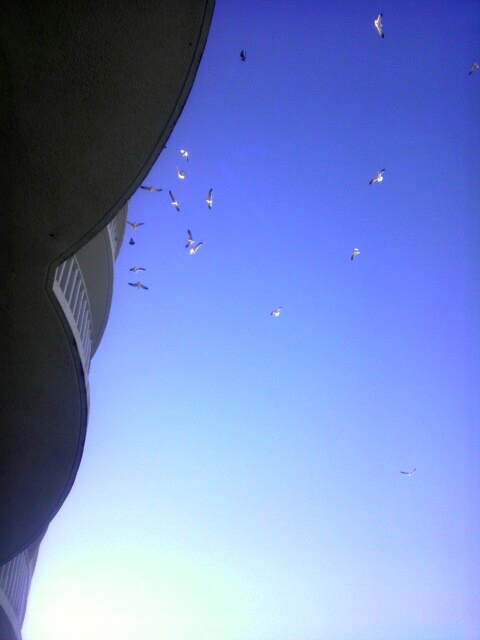 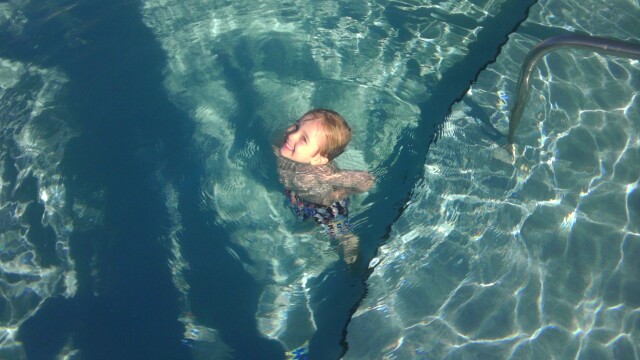 After the 20 min swim they went hunting for something else to do. They wanted to play putt-putt but with the hour time difference NOTHING was open yet. They lucked out and a lady let them play even though they weren’t opened! So they had the ENTIRE place to themselves and Zach said it was seriously the best putt-putt course ever and they had a GREAT time. I was a little jealous at all the fun they got to have together but I know my time will come when Britt is old enough to get manicures and go shopping with me. And I LOVE how much fun the guys have together!!! Zach said Kye played very well and made a lot of long puts. 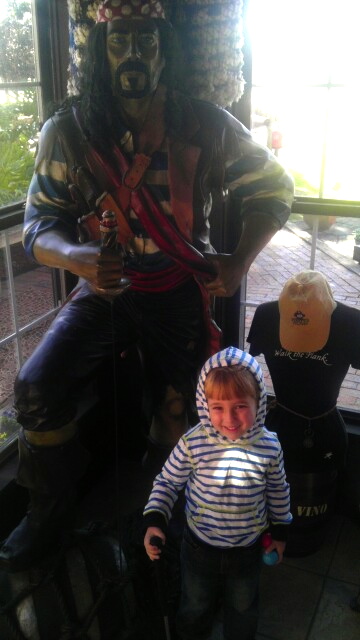 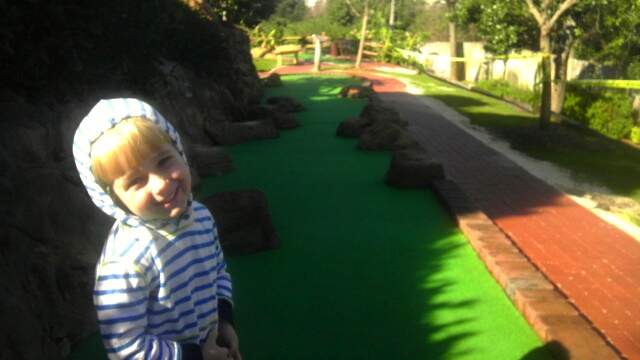 Such a good daddy…always lets Kye use a pink ball 😉 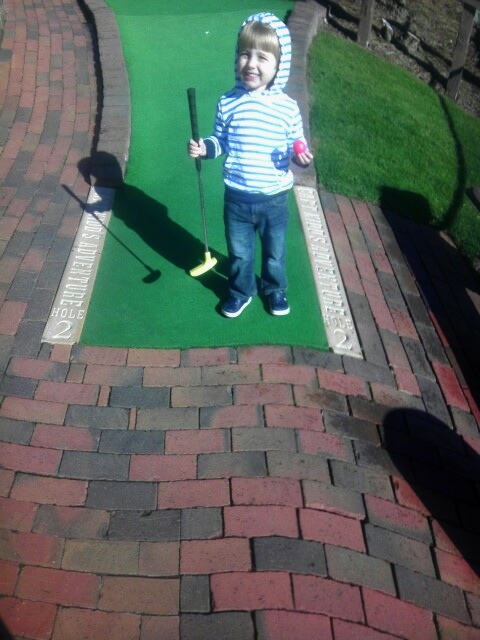 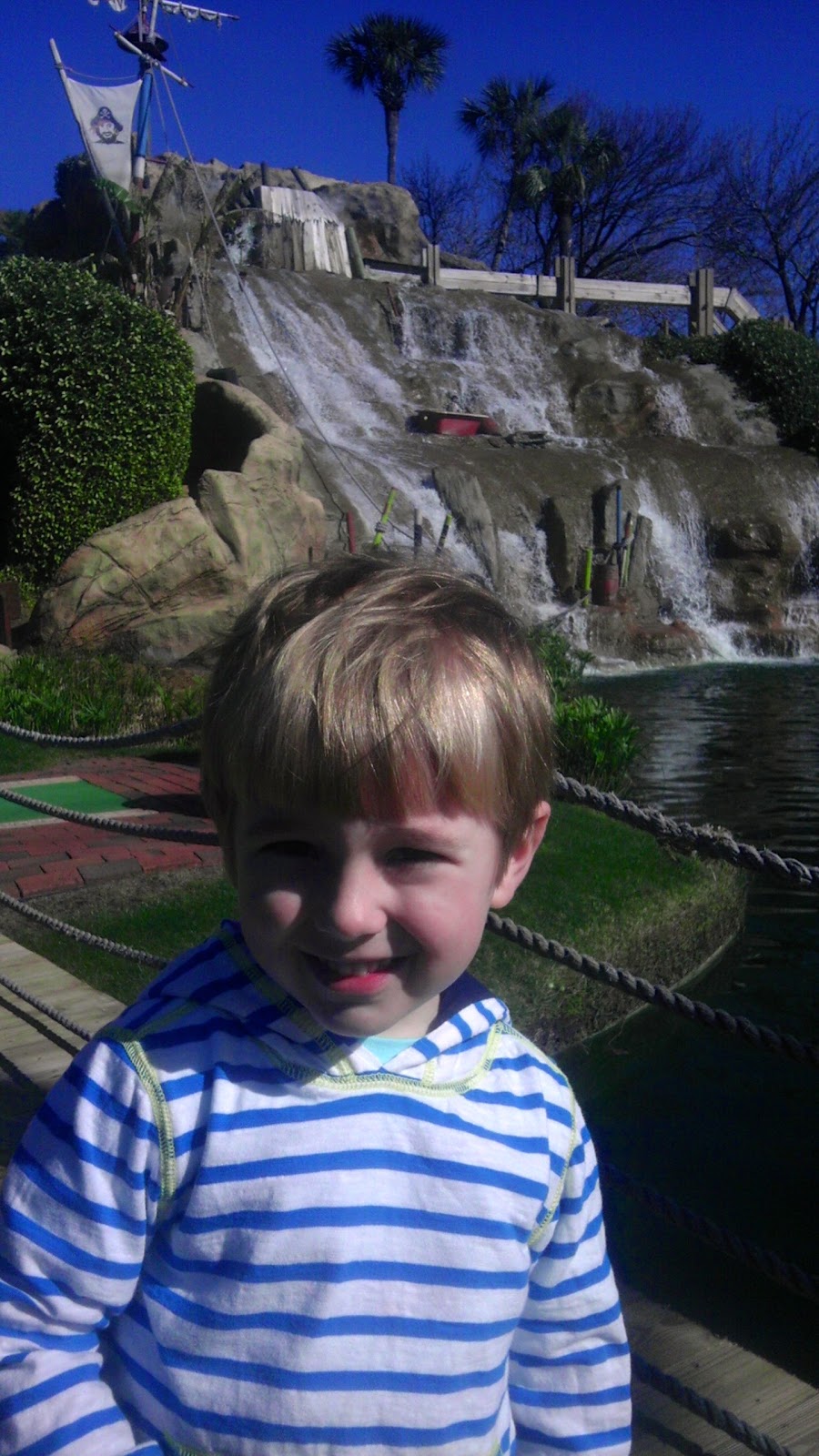 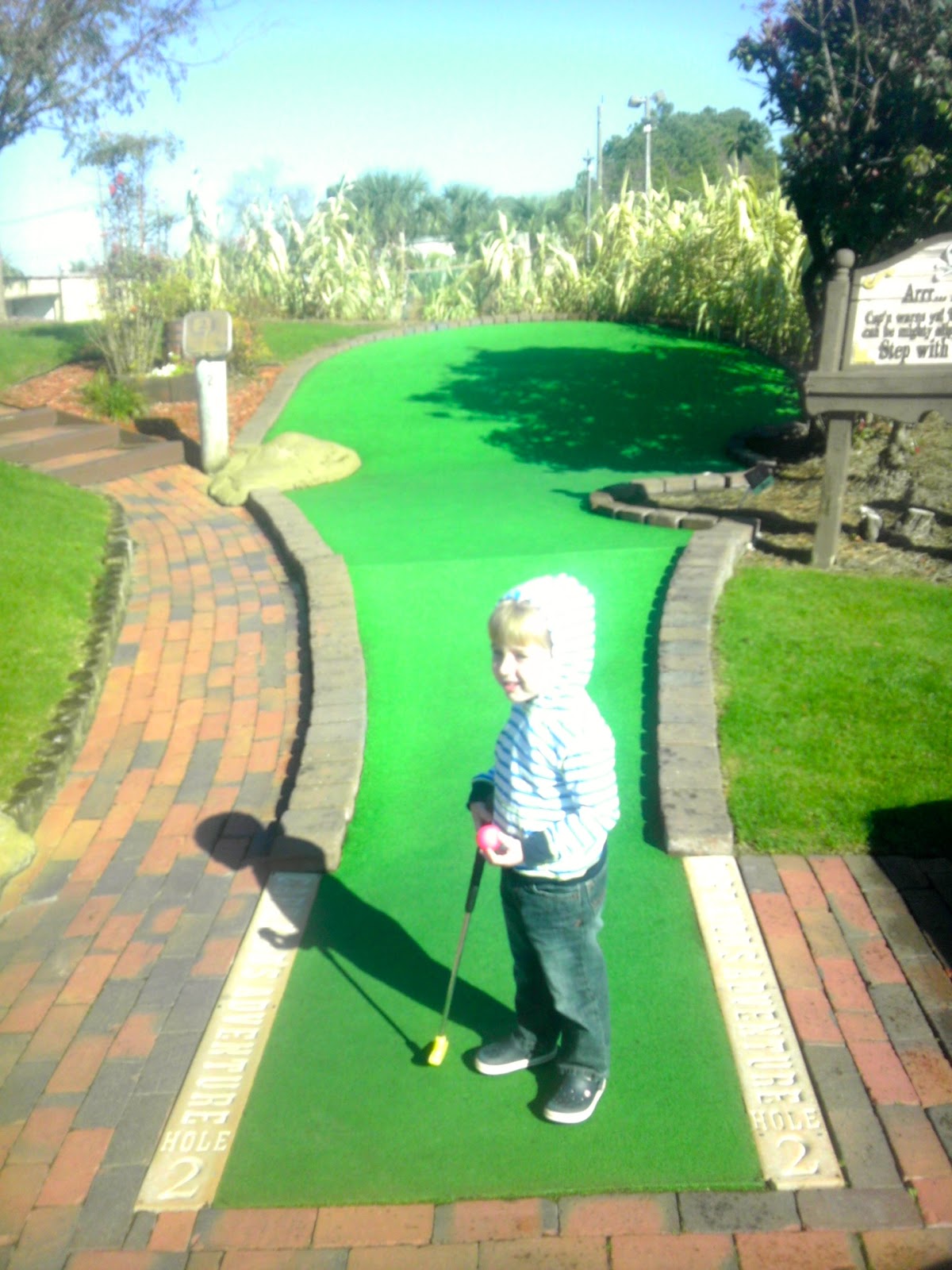 While the guys were gone I did TAXES. Yes. TAXES. I know that seems like a dumb thing to do on vacation but when I have free time at home I like to work on the blog and do other things like that…we didn’t have any internet there so it was a great place to get that junk DONE. I am a pretty organized person and when we go to our tax lady every year she always comments on how well I have everything together. What she doesn’t know is that I spend HOURS leading up to our appointment getting it all done. It’s ridiculous! Anytime any bills came in I’d just cram ’em in this binder and then had to sort through it all. I made monthly piles then put it all back into the binder to go through and add up our deductions (being self employed means we have a LOT of them!). It’s a LONG process that doesn’t have to be long! For this year I’ve come up with a WAY better system so the days of spending hours on taxes are behind me, I hope 😉 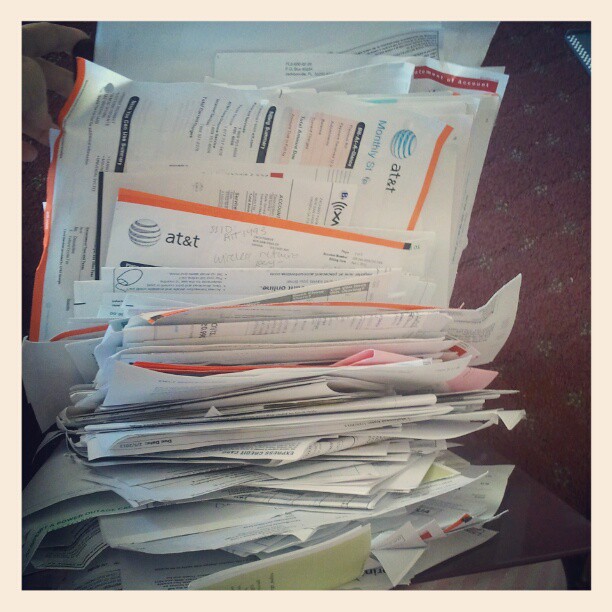 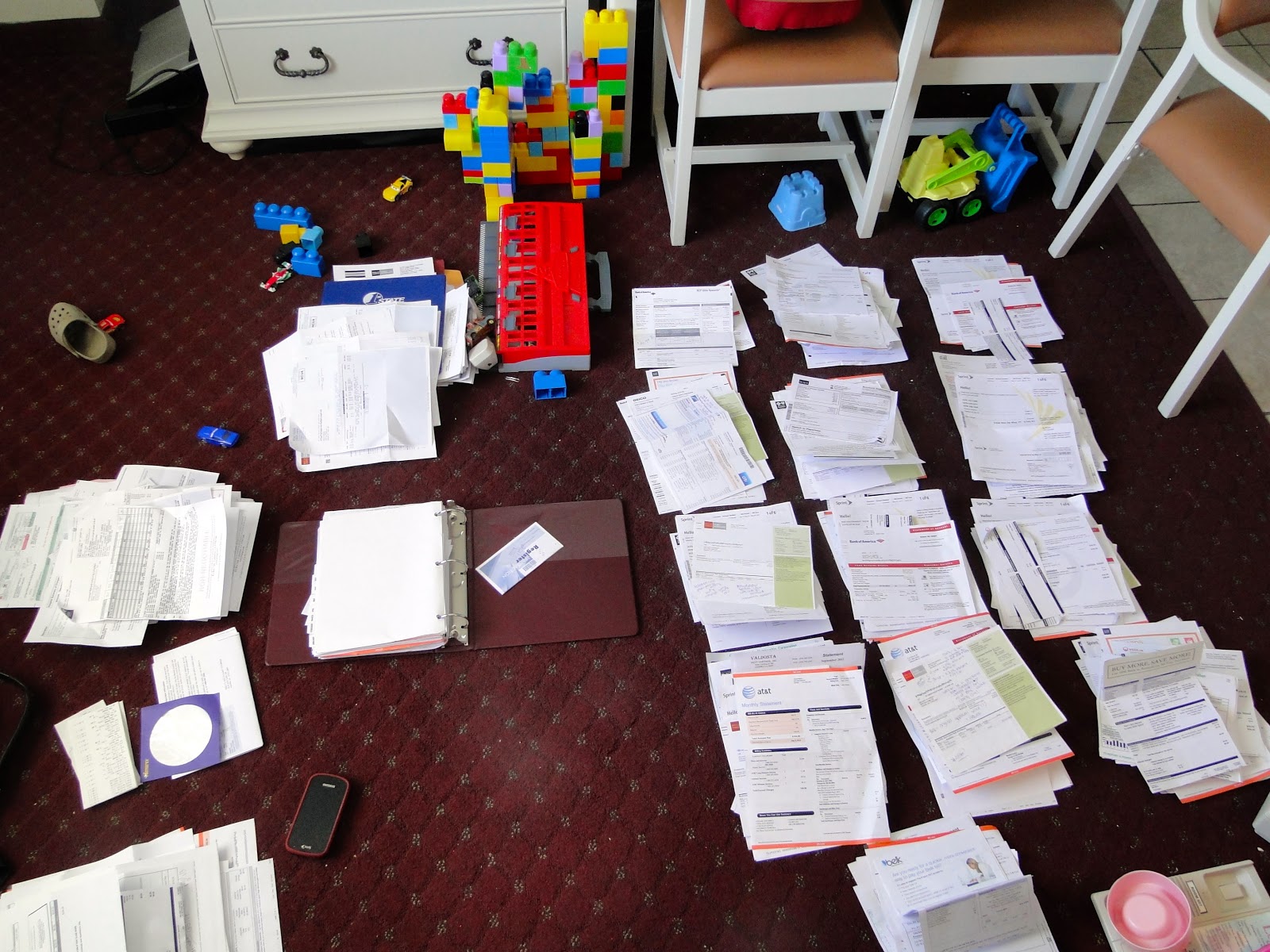 I PROMISE the rest of the day was a lot more fun with a lot better pictures 🙂 I was planning to do a big combo post today but I’m sick (boo) so I made it easy on myself and kept this short!