After the beach Zach and I took Kye to the pool for a bit (as Lorelai eats a little earlier than Kye so we had some time to kill before lunch) but Kye wasn’t interested…he only wanted ONE thing. I think he might be my child, what do you think? 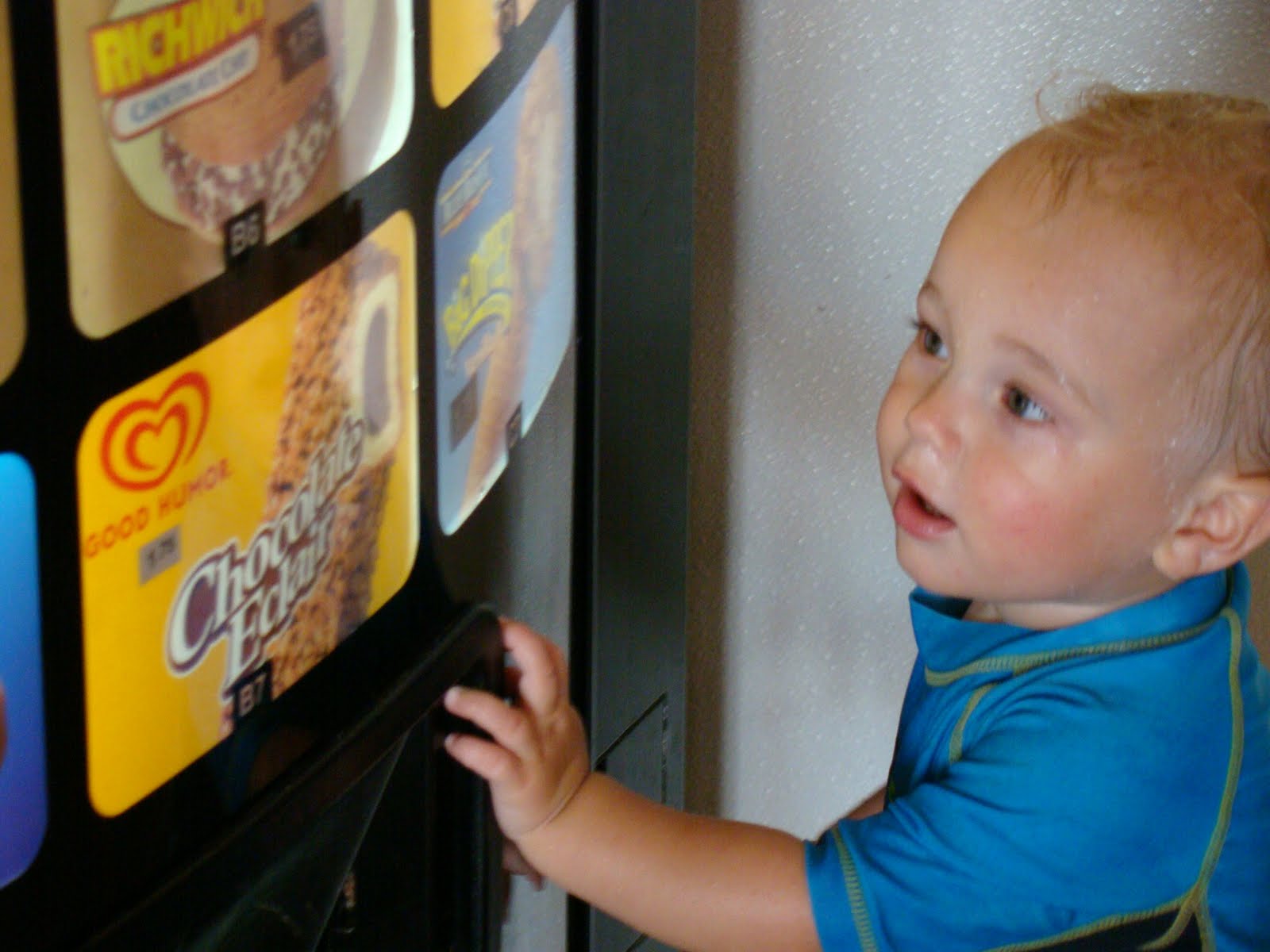 Once both kids woke up from their naps we got them ready and headed out for some putt-putt! Our hotel may not have been very fancy but it was a GREAT location: close to putt-putt, ice cream and dinner. Lorelai hadn’t ever played putt-putt so we were interested to see how she’d like it compared to Kye. It didn’t go as well as the beach so we ended up not finishing the game and let the guys go back and play that night! We did get some cute pictures from the holes they played though 🙂

watching a little golf on TV to prepare for the outing (Kye LOVED seeing it on TV and when we’d point to the TV and ask him what he was watching he’d say “gollllf.” Then when they would hit the ball he’d say “whoooa.” Does Disney make a golf themed movie?) 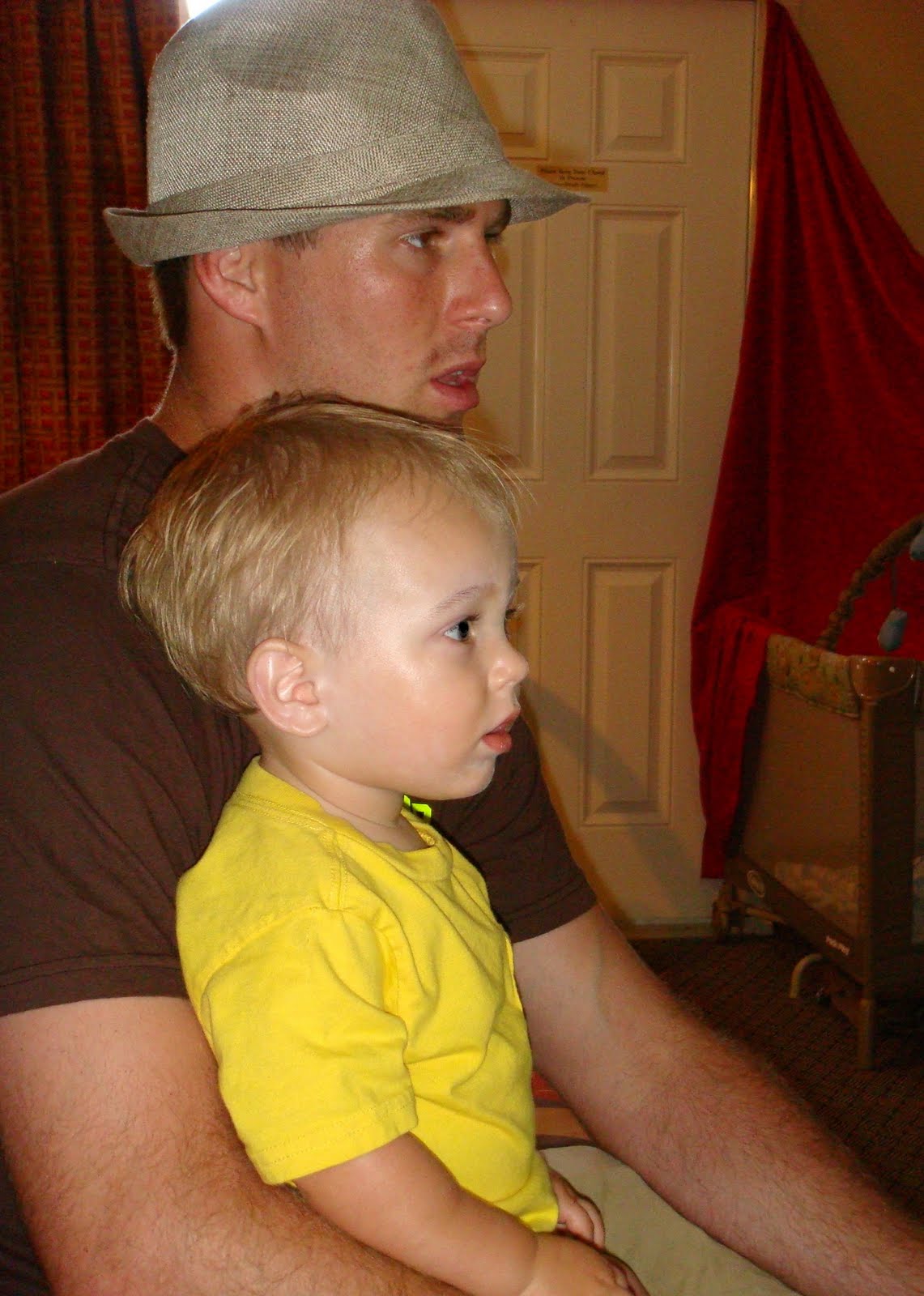 waiting for her turn with Daddy 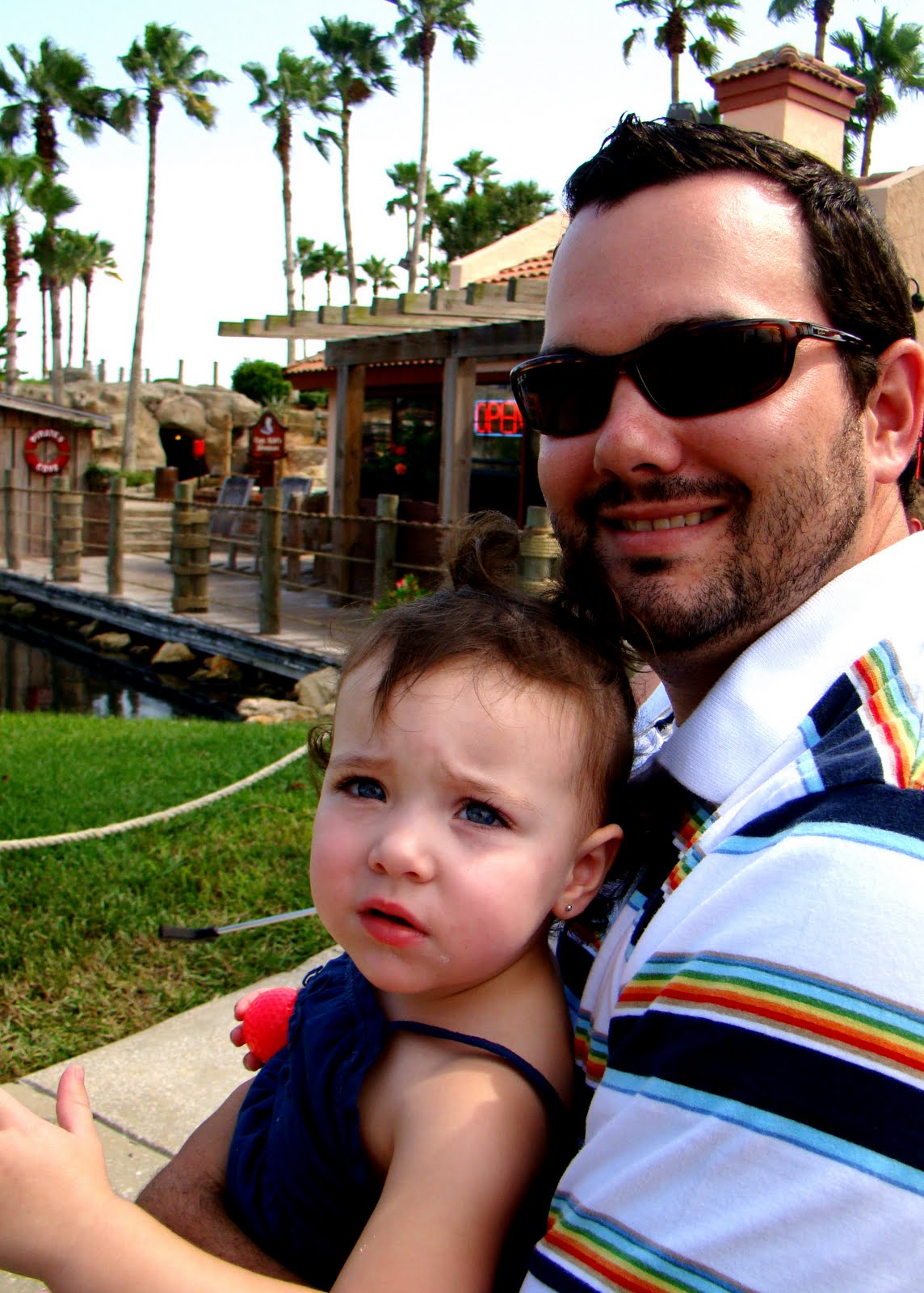 showin’ his girl how it’s done 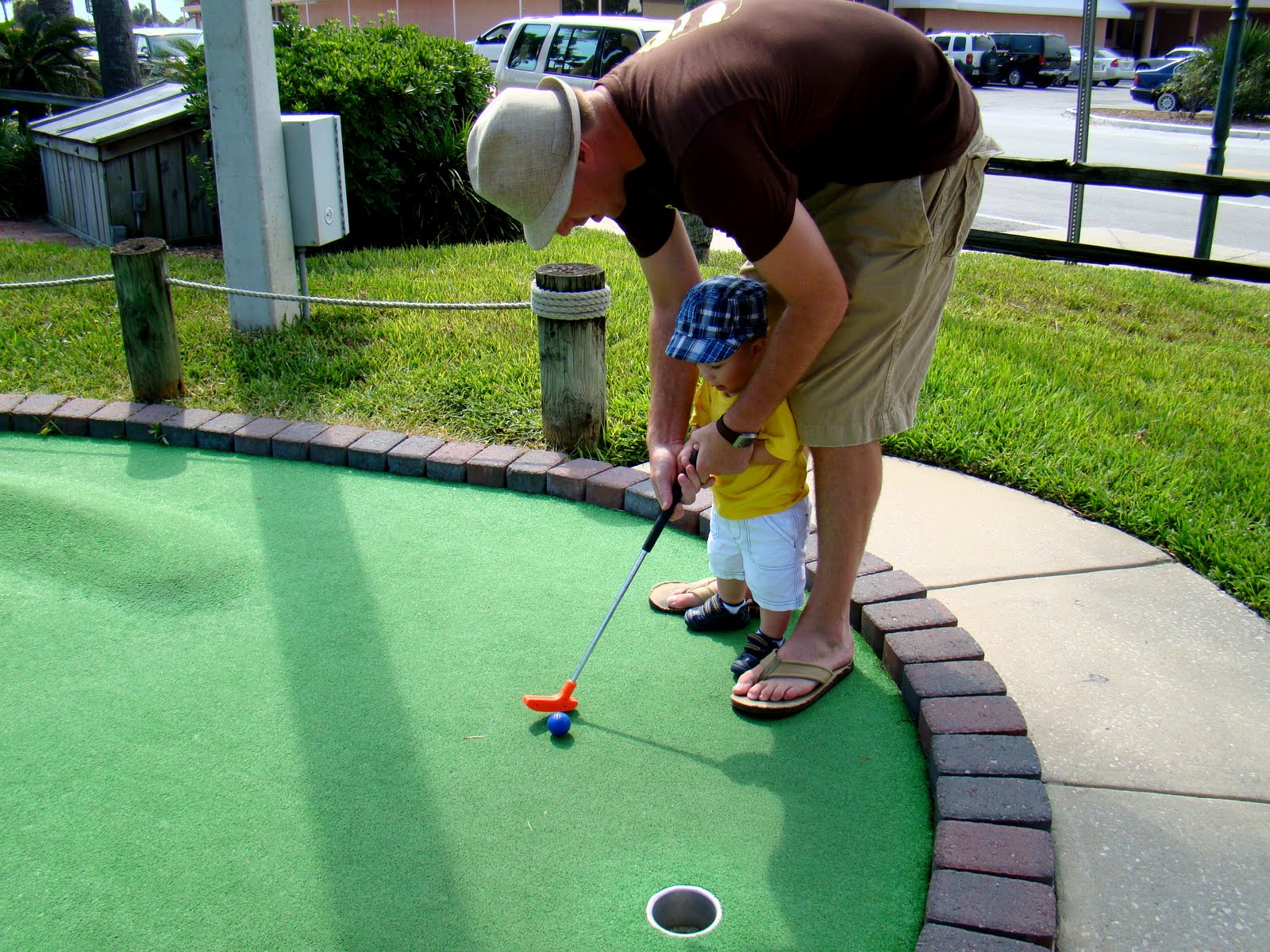 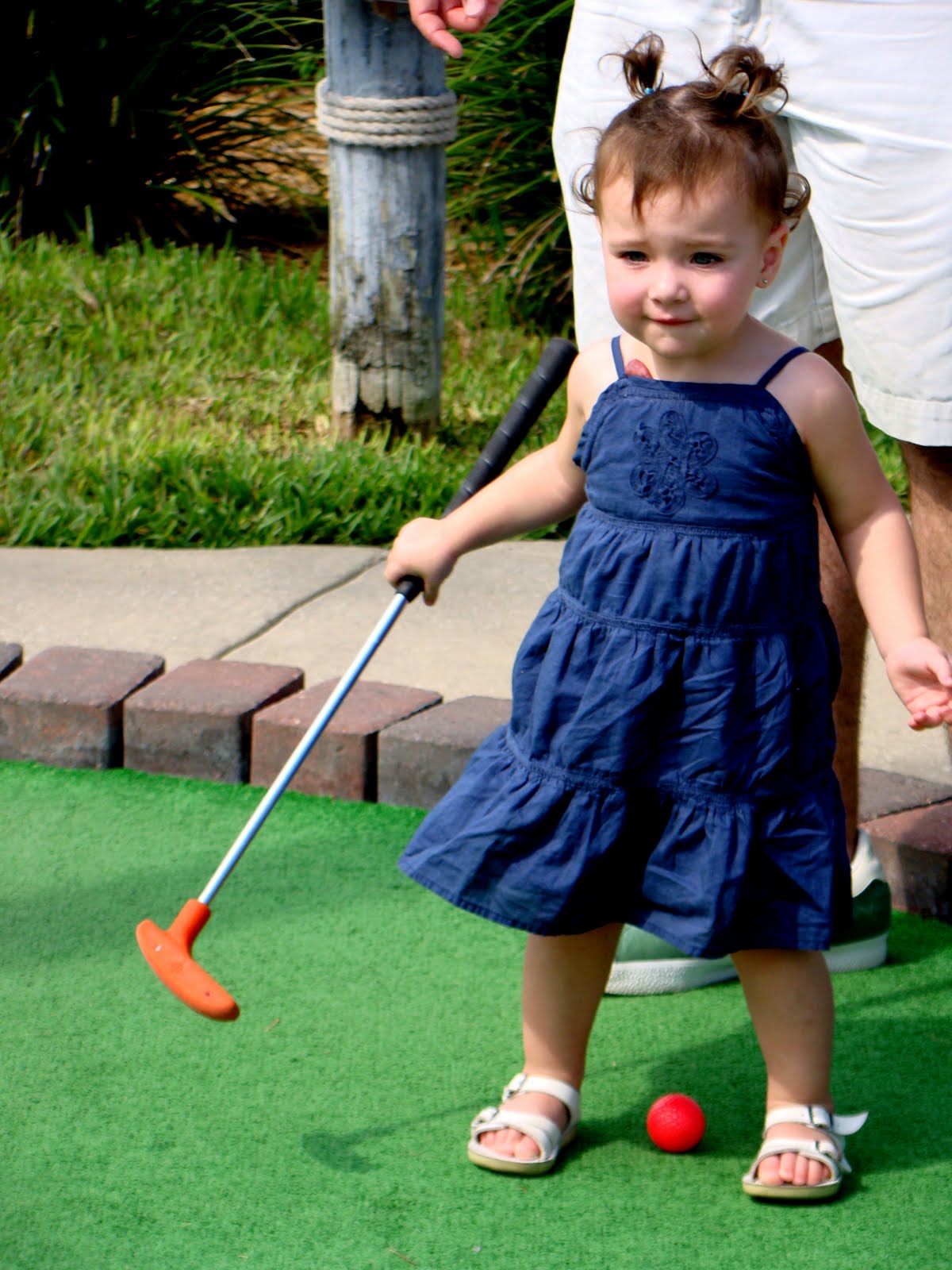 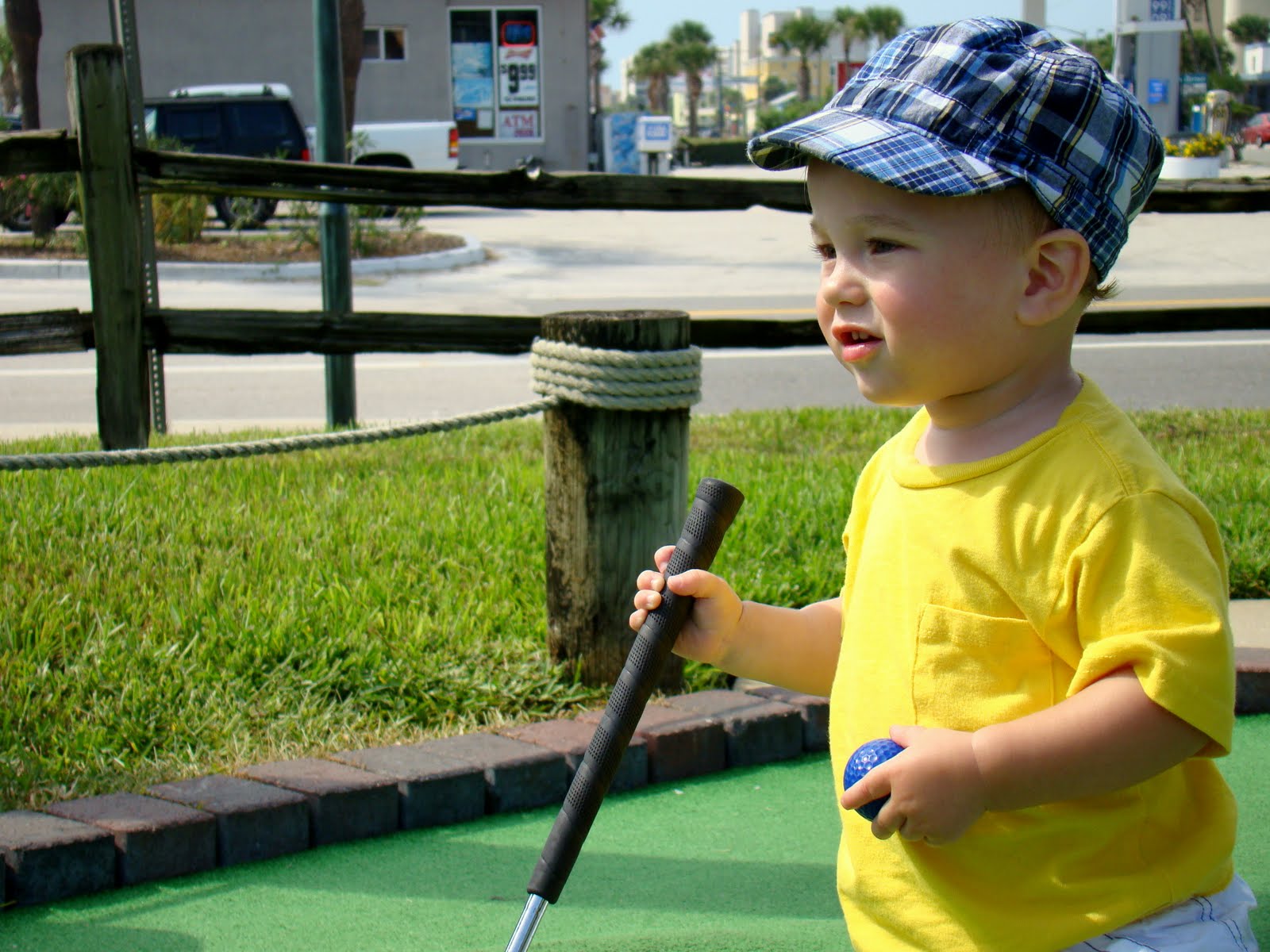 duh, we always try to make his ball match his outfit 🙂 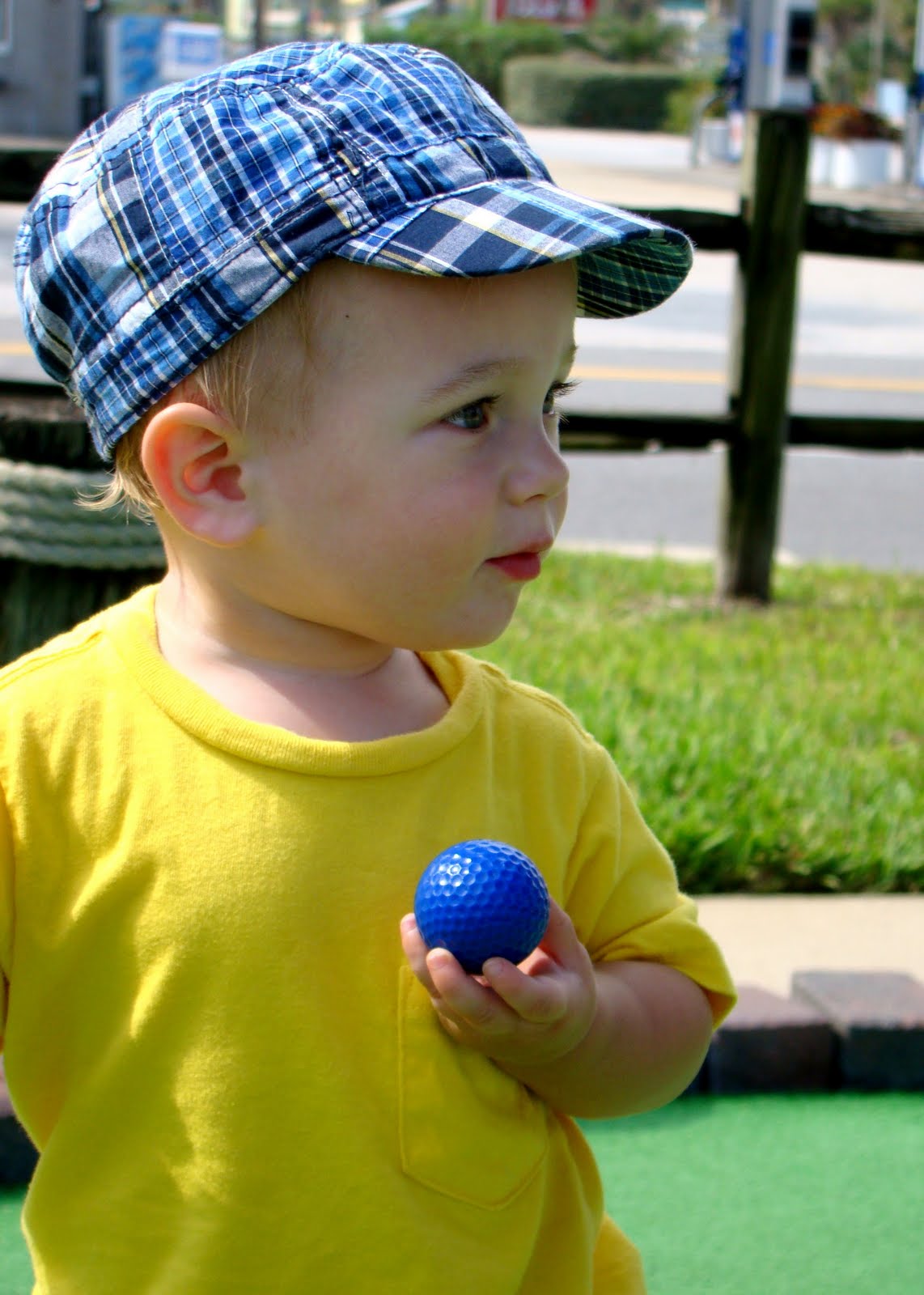 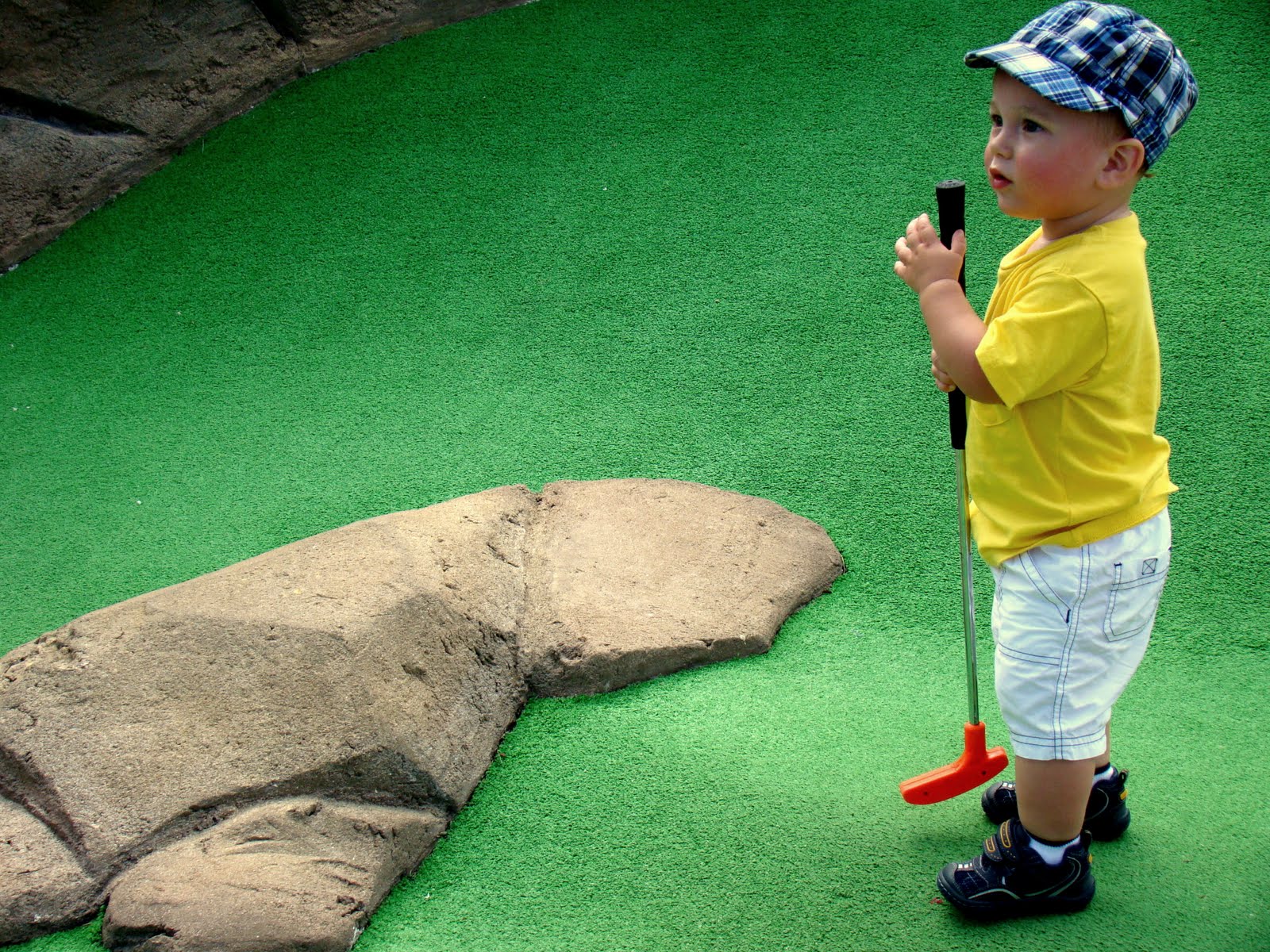 setting up his shot 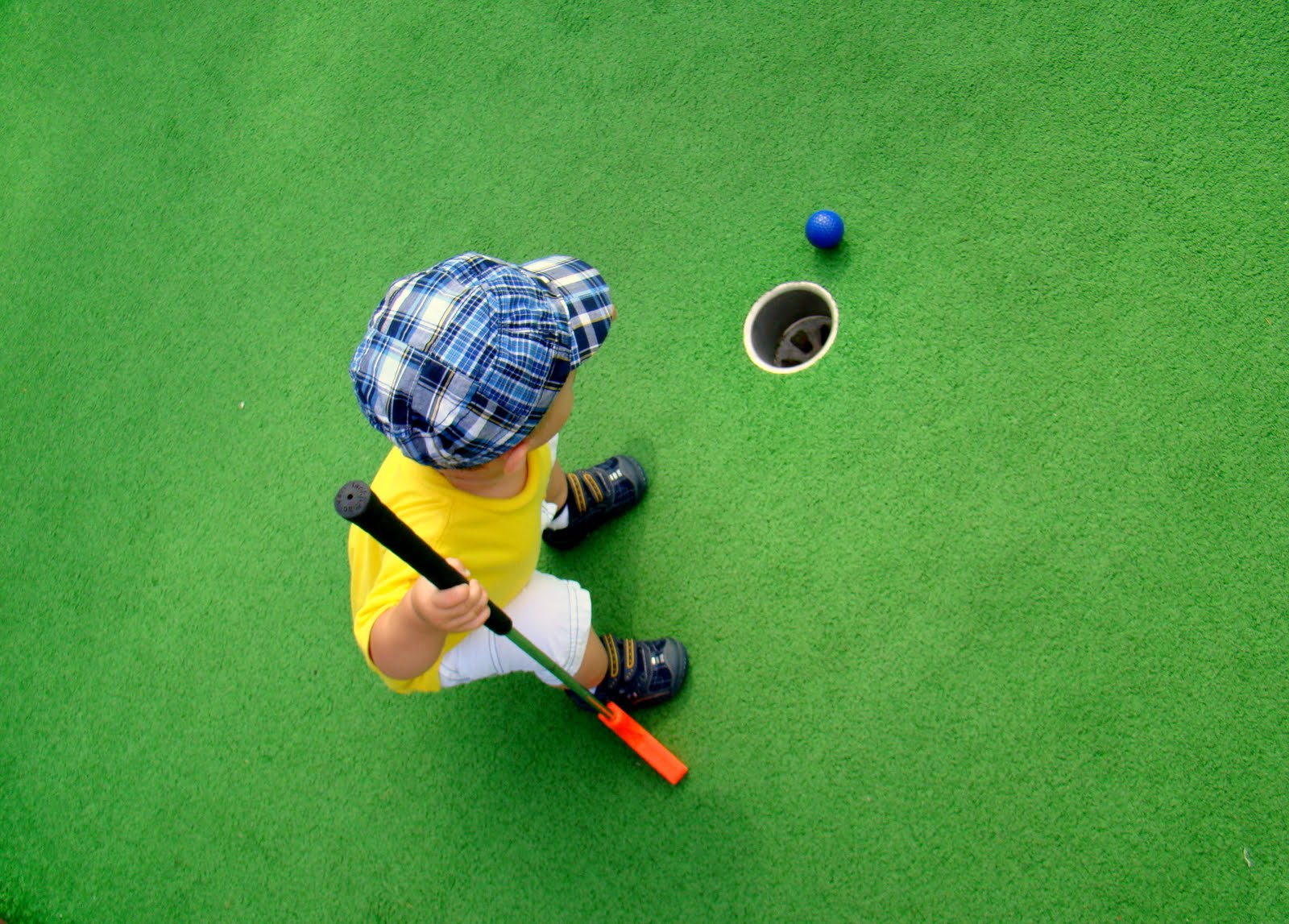 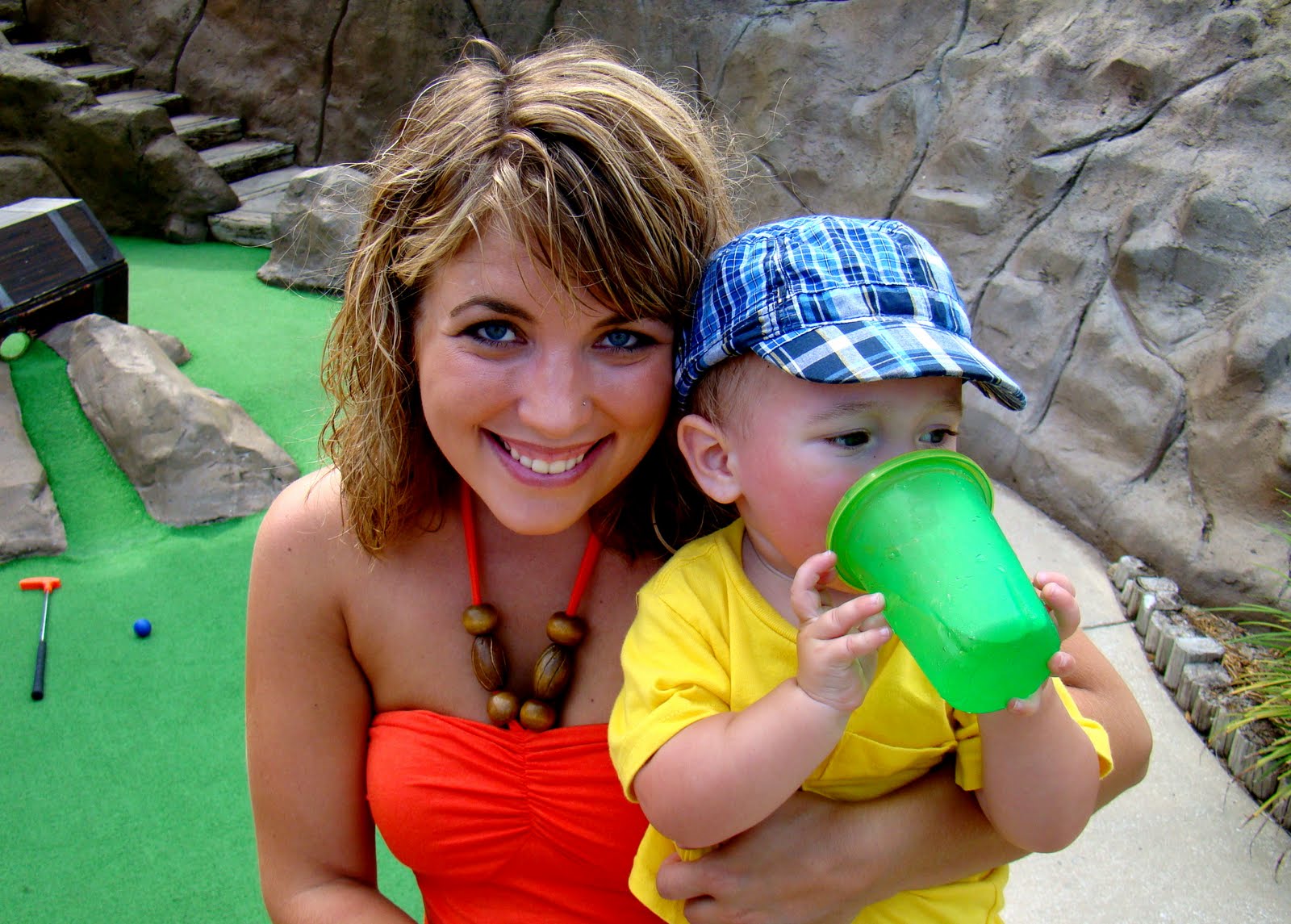 attempt at a family pic in the tunnel (do NOT try to take our child away from his golf!!!) 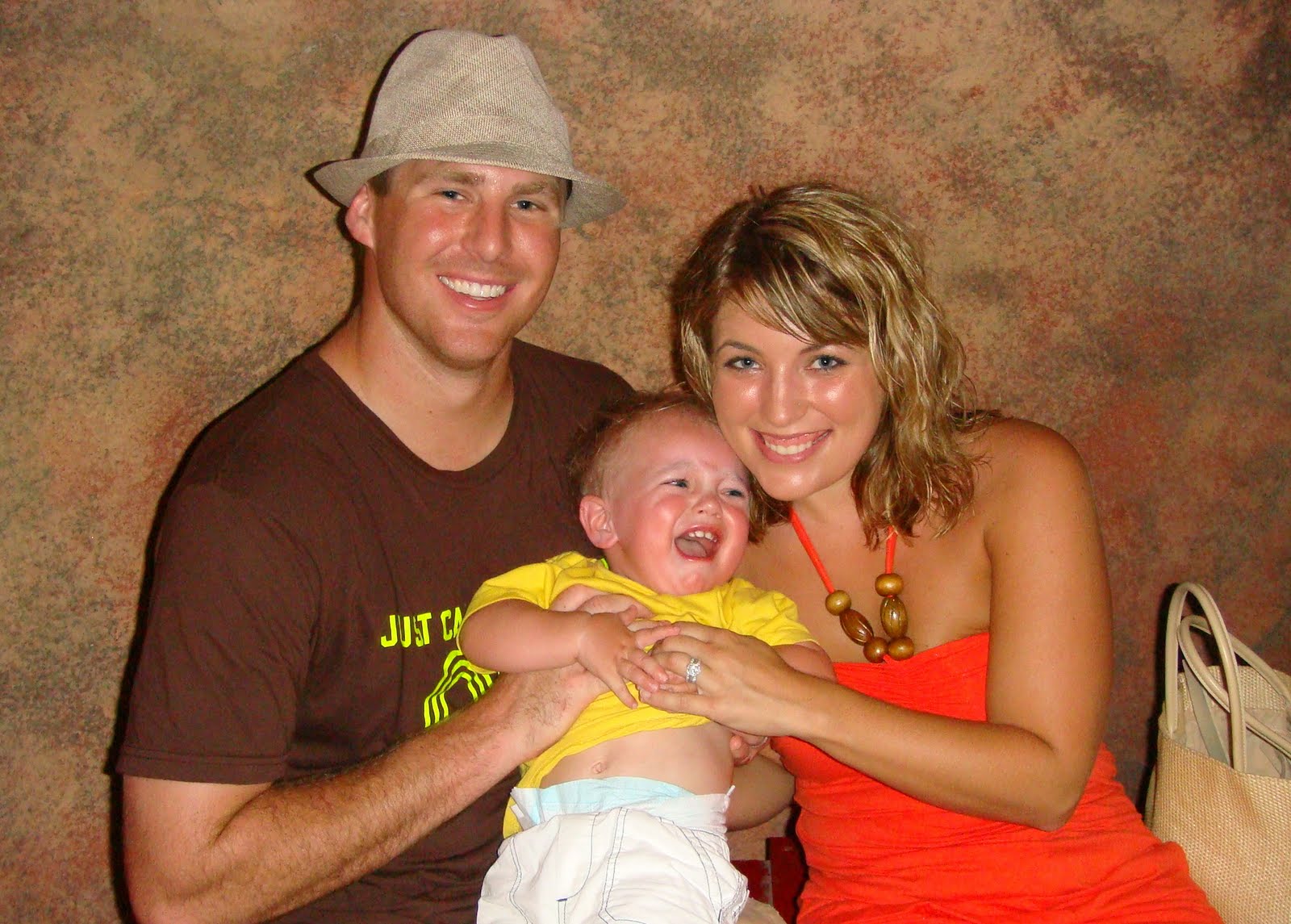 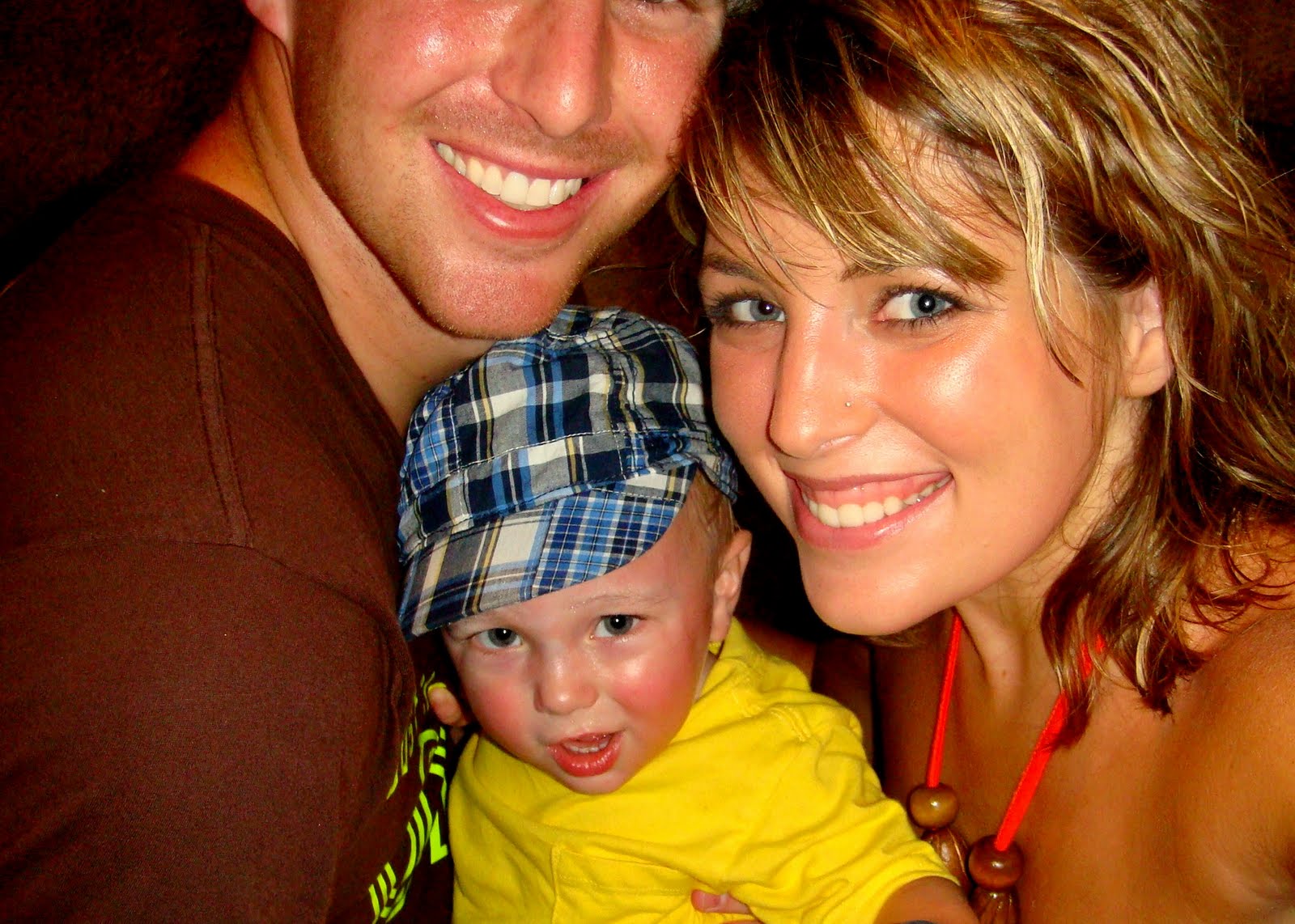 After the kids finished up with golf we headed to dinner. On our way to Bubba Gump the night before we had passed an Olive Garden. I have learned in my years living in Valdosta that people from here are OBSESSED with Olive Garden. I don’t get it but they LOVE it. Maybe it’s because they don’t have one here? I swear I’ve heard rumors of “we’re getting an Olive Garden” like 2 million times. Anytime we’ve ever been with Valdosta people out of town they always want to find an Olive Garden. People will put as their facebook status: “omg we are eating at OLIVE GARDEN! Be jealous!” Does anyone understand this?!?! When Crissy and I went to Atlanta back in June we stopped to eat dinner and I tried to tell her that there are a TON of waaaaaay better Italian restaurants but where did we eat? Olive Garden. It’s like bragging rights for a Valdosta person! I was able to open Crissy’s eyes to the fact that it’s nothing more than an Italian food Applebee’s. But when we passed the Olive Garden on the way to Bubba Gump I felt like we should eat there since we were with two Valdosta-natives and I knew that even if they didn’t admit it that they’d be stoked to eat at Olive Garden haha. So yes, it was MY idea but I still made fun of them for secretly dying to eat there 🙂 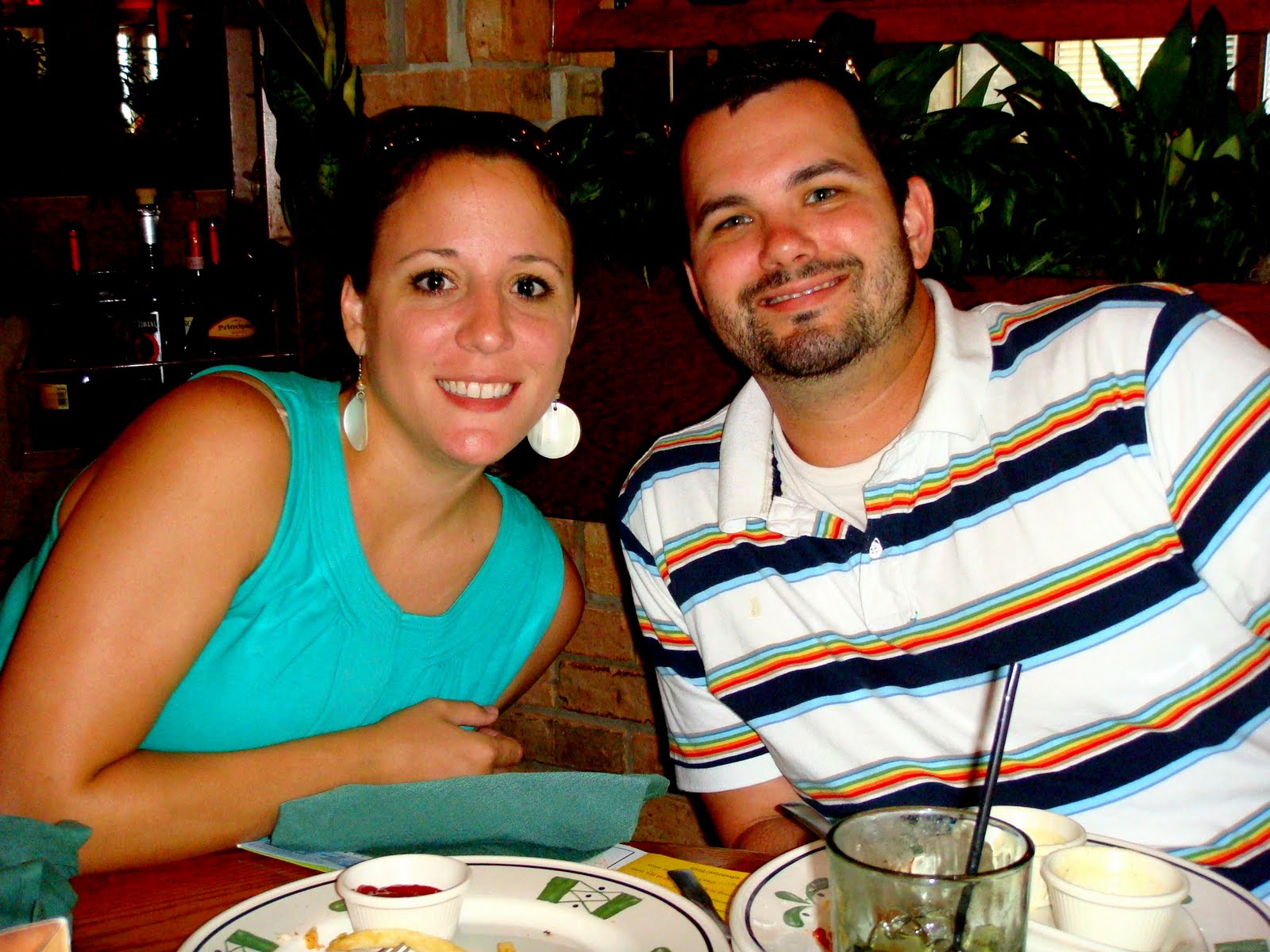 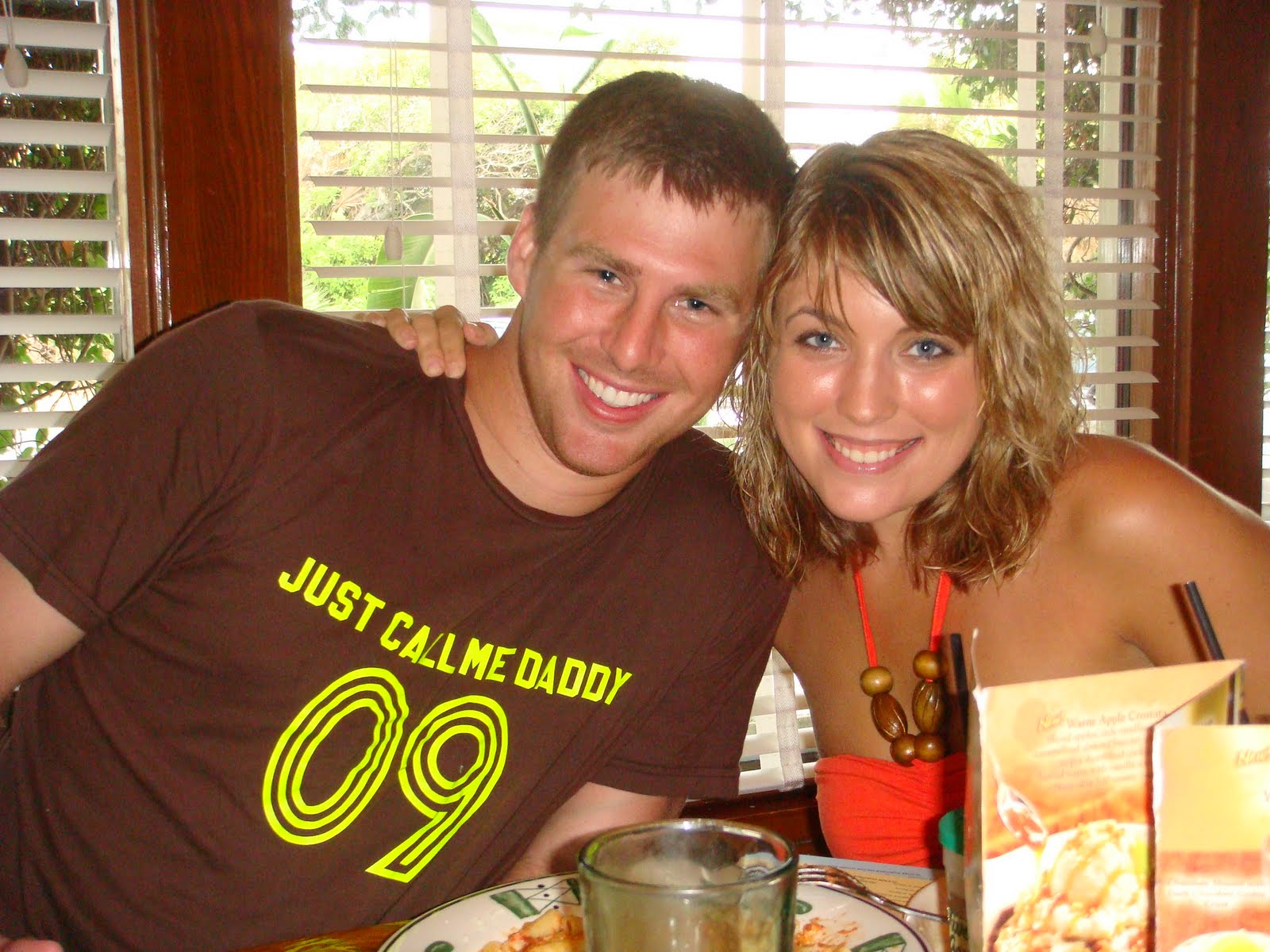 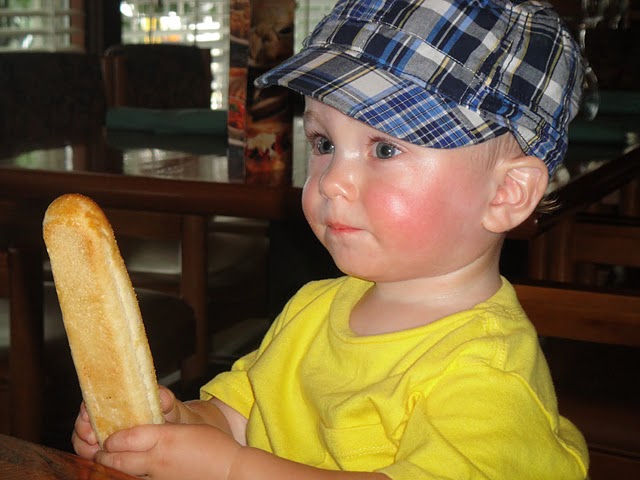 why would you have your kid eat something that gives you such a grossed out face Zach? (oh, I guess I can’t talk seeing as I make Kye Magic Breakfast every morning yet I’d never try it!) 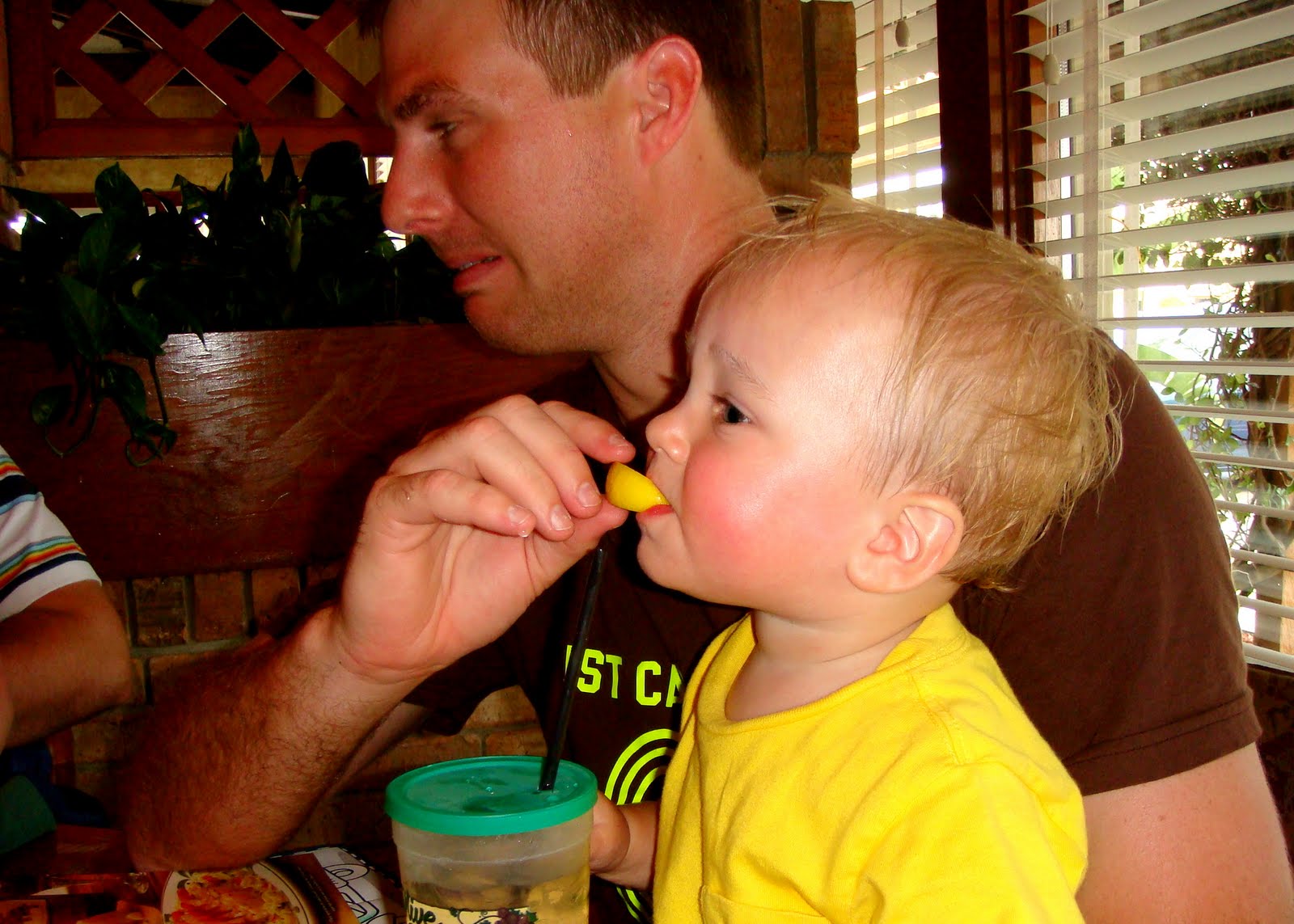 Taking Kye straight from putt-putt to a restaurant wasn’t the best idea. He was super antsy and wanted to be playing golf, not sitting in a high chair. I ended up taking him out for a walk around the outside of the restaurant which is rare for me. Typically Zach will handle duties like that and now I see why!!! EVERY single person we passed stopped and talked to Kye and told me how adorable he was. It was a ton of attention and a million compliments and I soaked that junk up so you KNOW Zach loves it. Gah it made my day haha 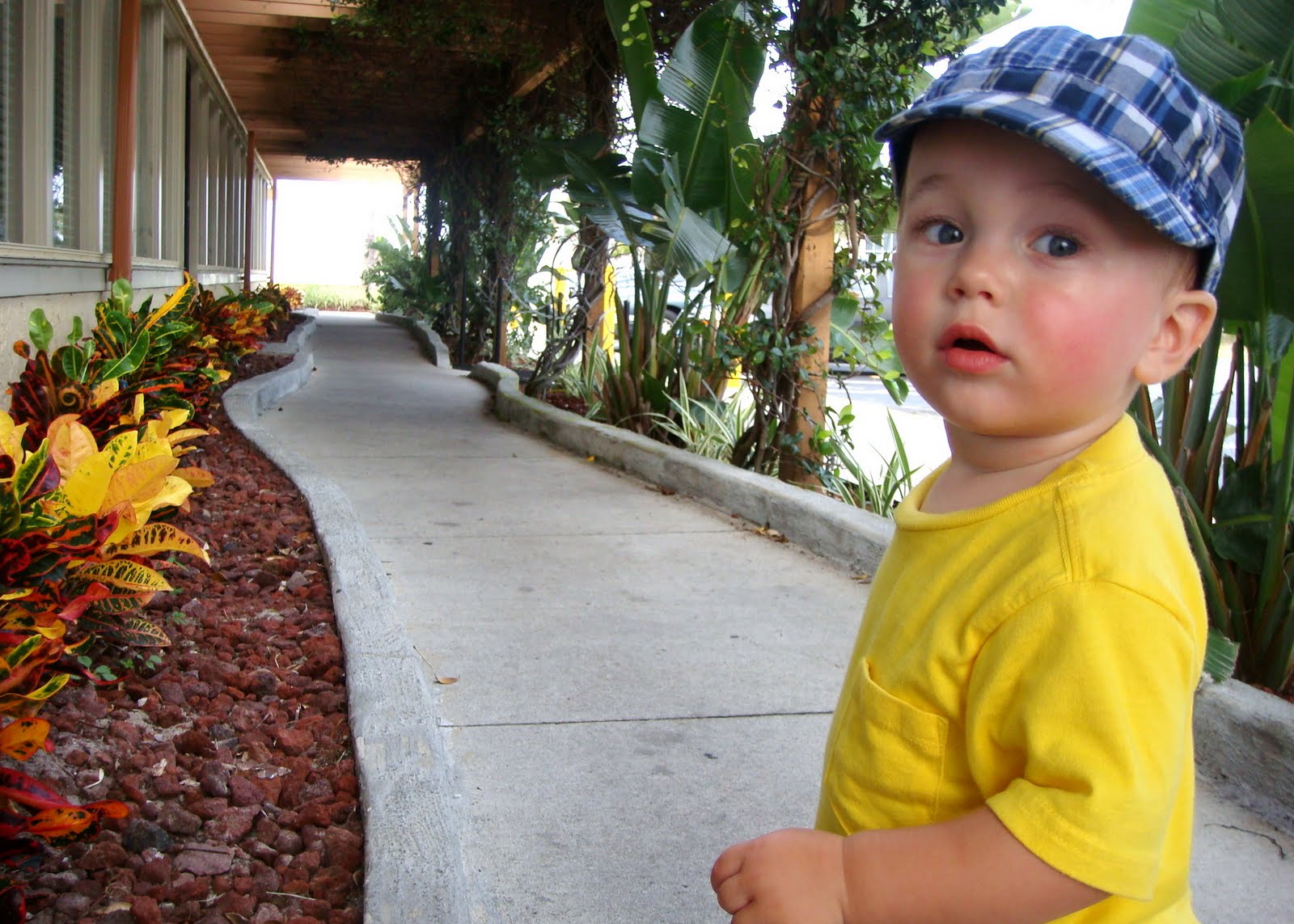 After dinner we had time to get some ice cream for the kids at the ice cream place across from our hotel (it was actually the same one we went to on our trip to Daytona last summer with Katie and Ashley!). I thought it’d be fun to get Kye an ice cream cone and let him go to town and Matt and Robyn thought the same thing for Lorelai. Well I guess we don’t know our kids as well as we thought we did! Lorelai dug in for a few minutes then lost interest and Kye’s ice cream fell off the cone right onto his (whhhhite) shorts then he was beyond done. We did manage to snap a few pics that made it appear like they enjoyed it though! 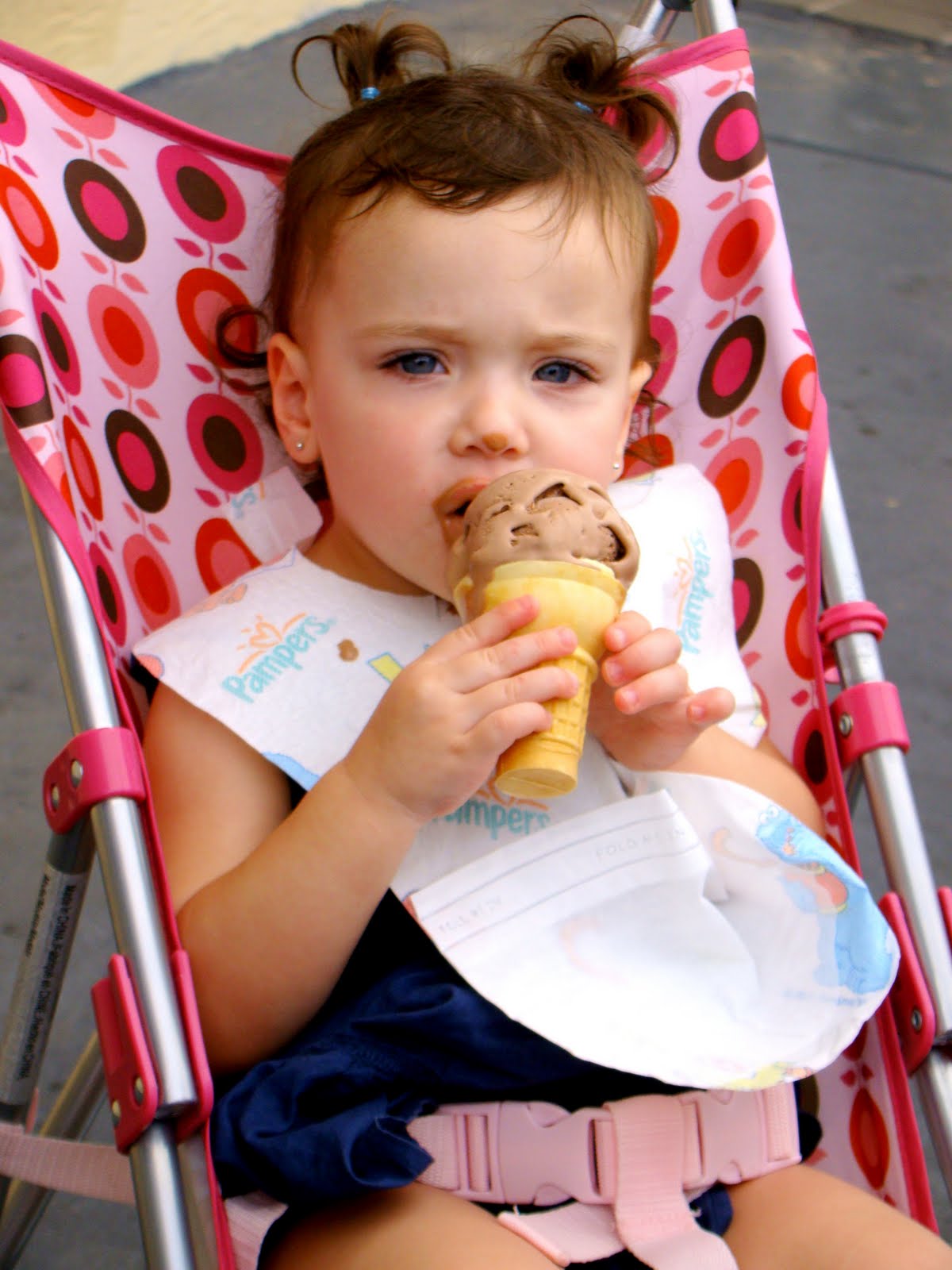 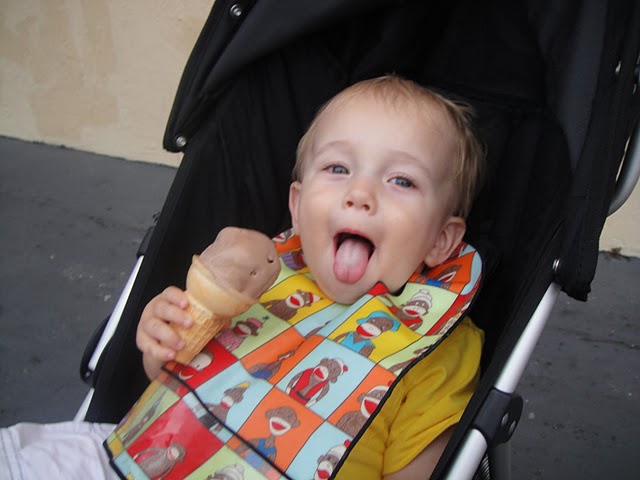 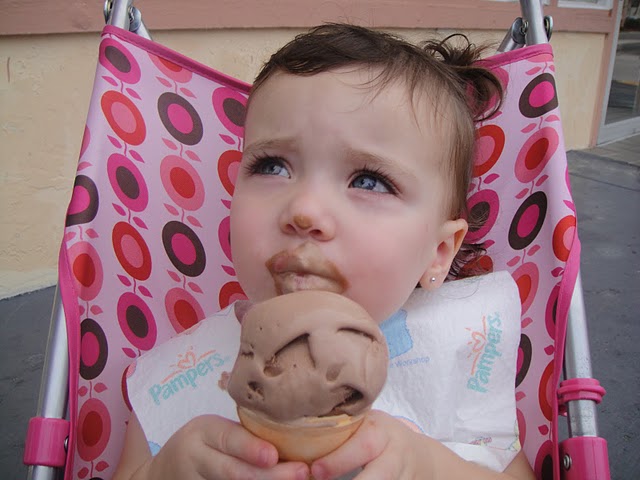 After baths the kids played a little bit then went to bed! The mommies had fun girl talk in Robyn’s room while the guys went and finished off the putt-putt game from earlier. They had a great time and MATT BEAT ZACH! I know write it down…it’s a miracle!!! 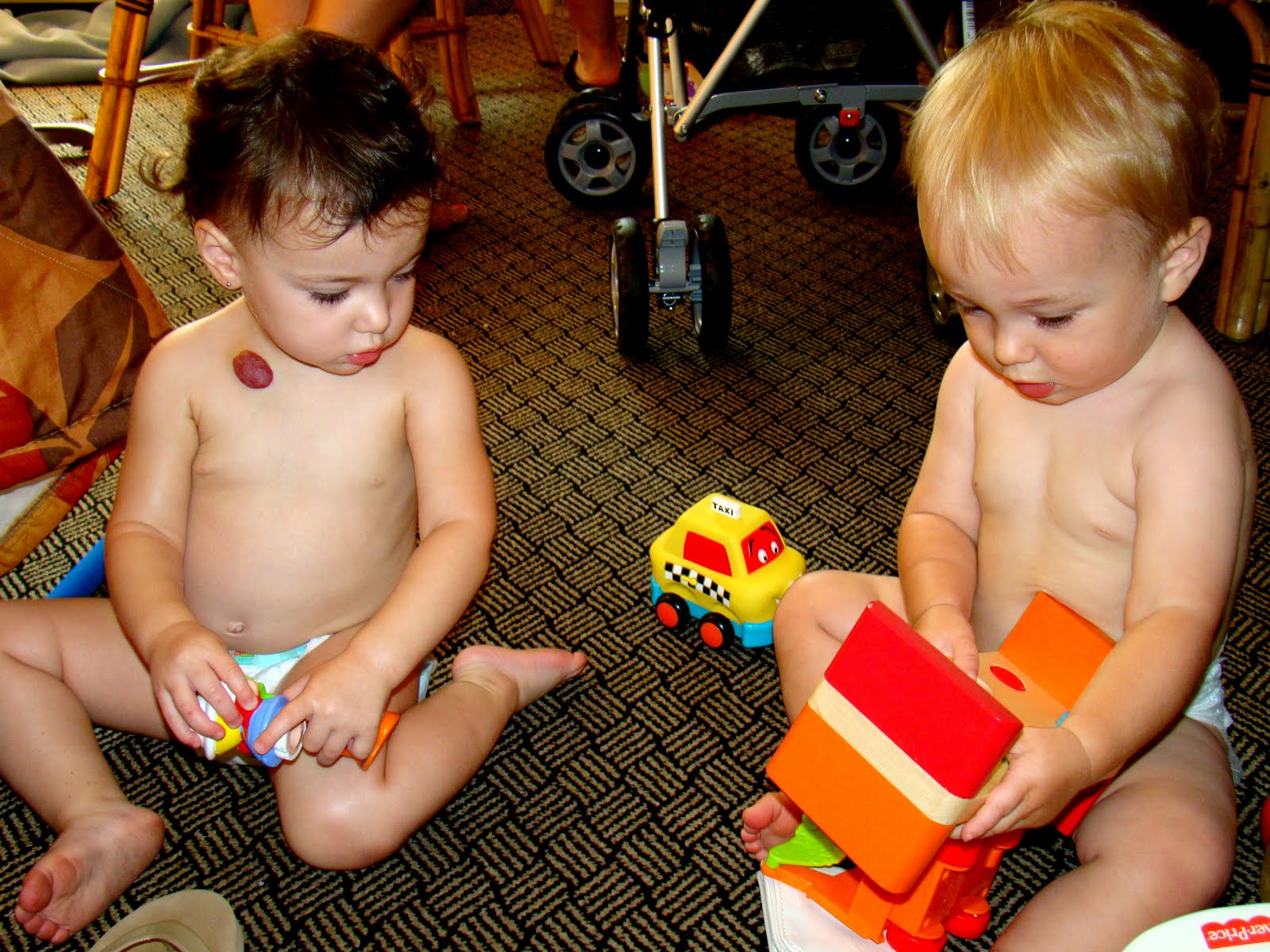 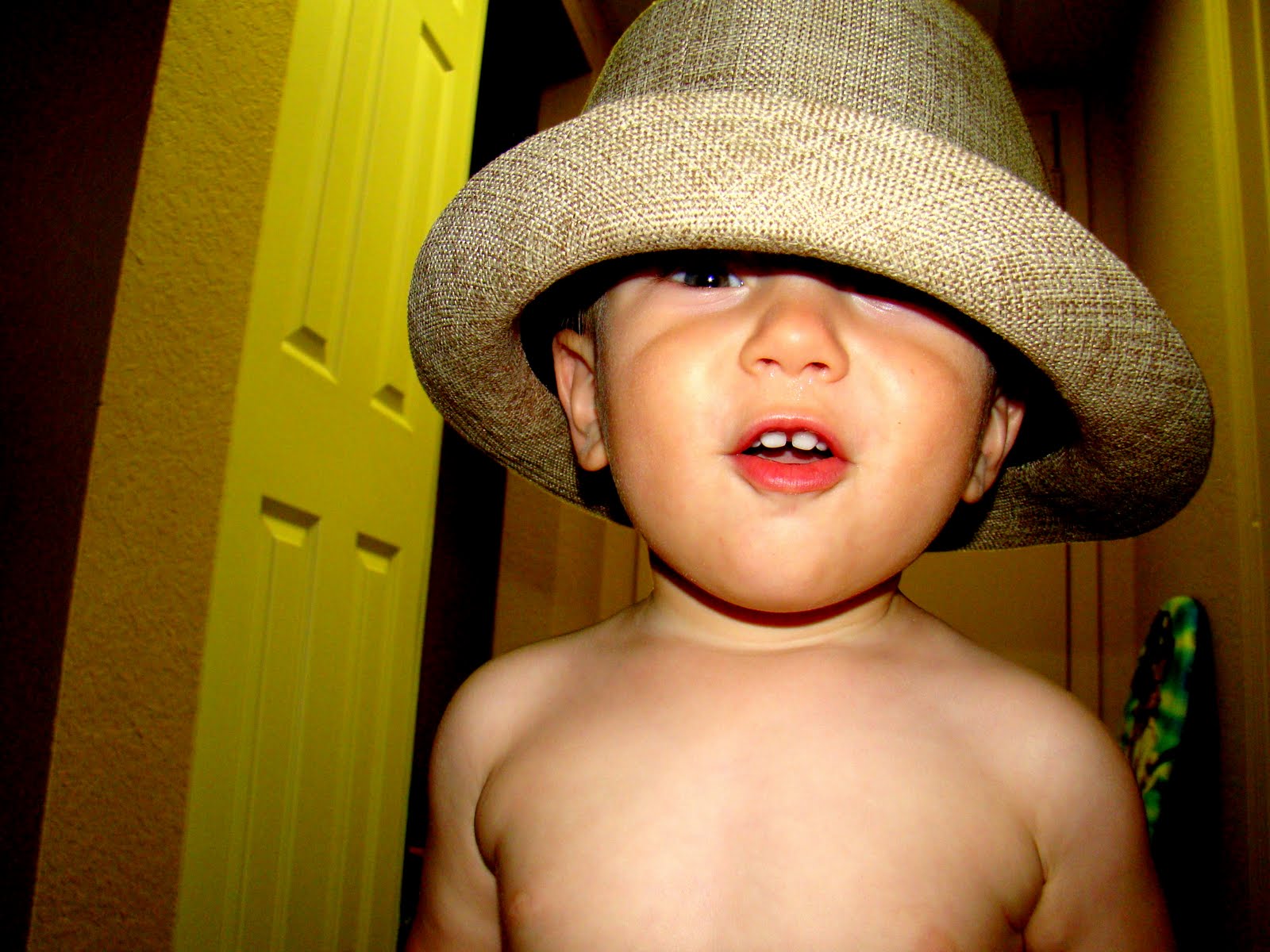 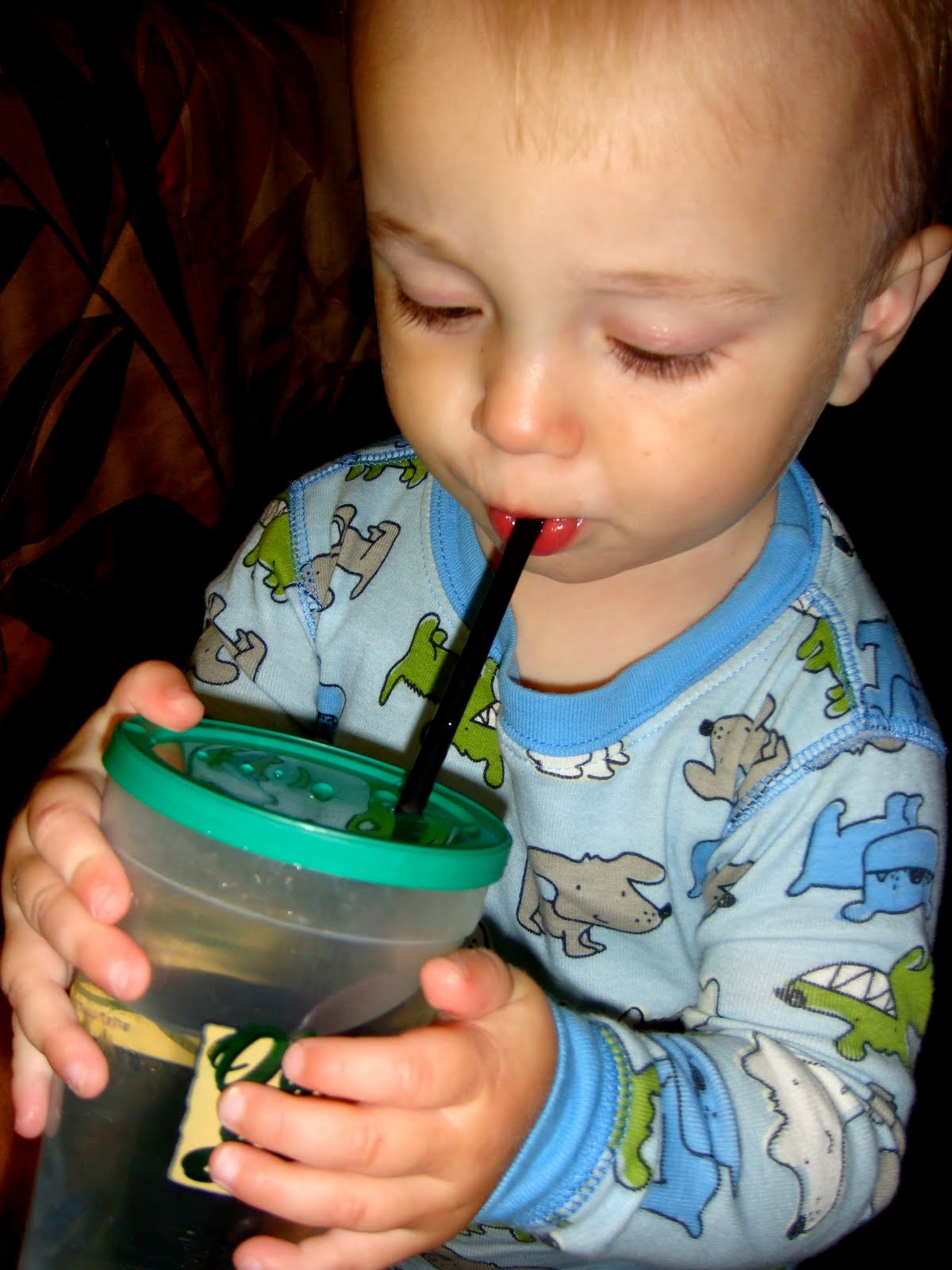