This past weekend was Tax Free weekend in Georgia and I planned to take full advantage of the great deals! I decided to take Kye with me and head down to Lake Park (about a 25 min drive) to do a little shopping at the outlets. All I can say is that shopping is MUCH different with a baby!

My plan was to head out when he woke up 45 min into his first nap which is ALWAYS does like clockwork…but of course he must have known that I was hoping he’d wake up because for the first time EVER he slept for the full 2 hours without me having to go into his room once! When he did wake up I fed him then decided to wait until the afternoon nap to shop and met Zach at the post office to get Kye’s Passport!

Here he is with his passport papers 🙂 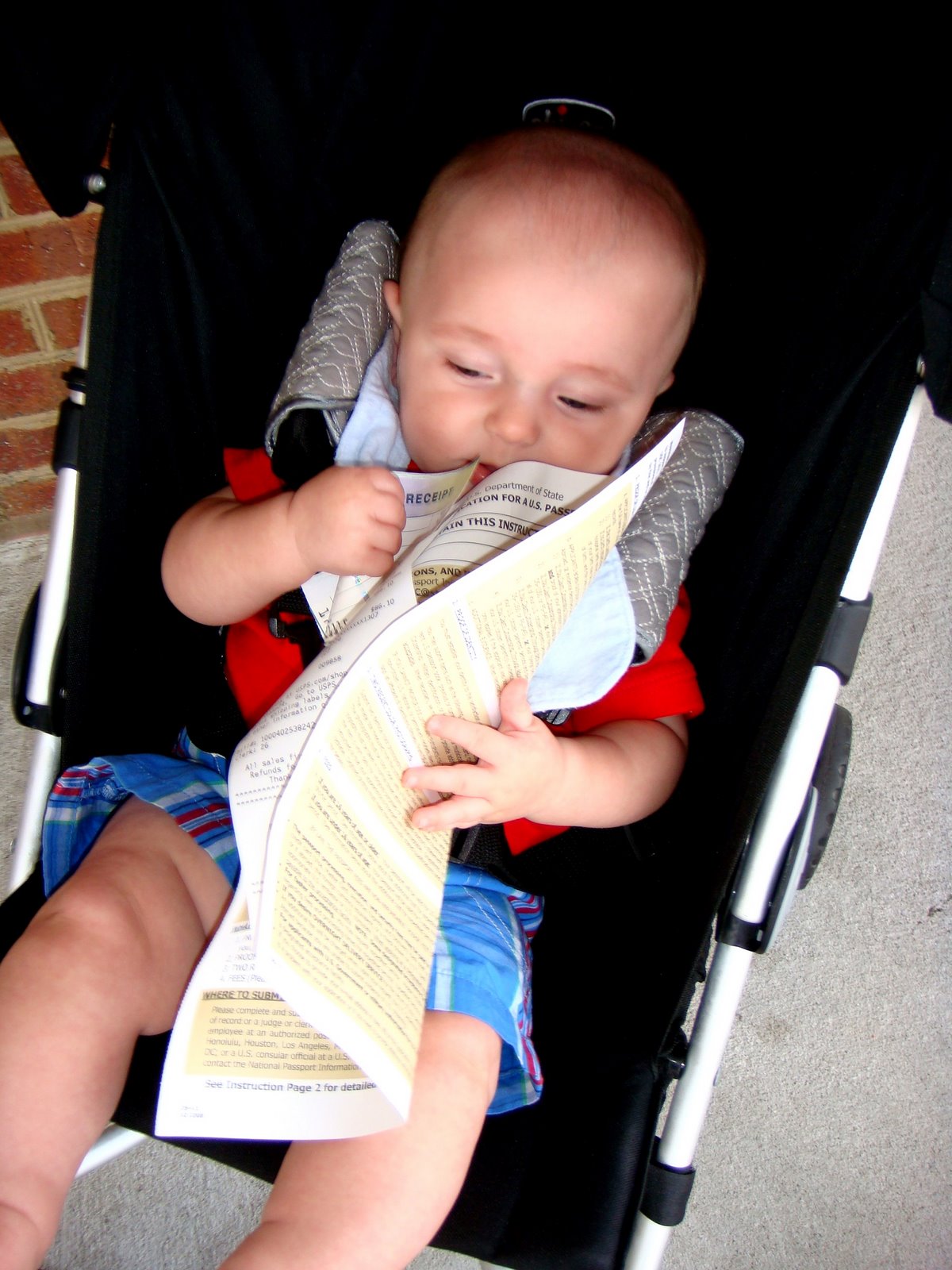 His passport picture is hilarious and it’s even funnier that it will be valid until he’s 5! How cool is it though that at under 6 months old he will have a passport and at 7 months old he’ll travel outside the country (going to Cancun yay!)? So cool! 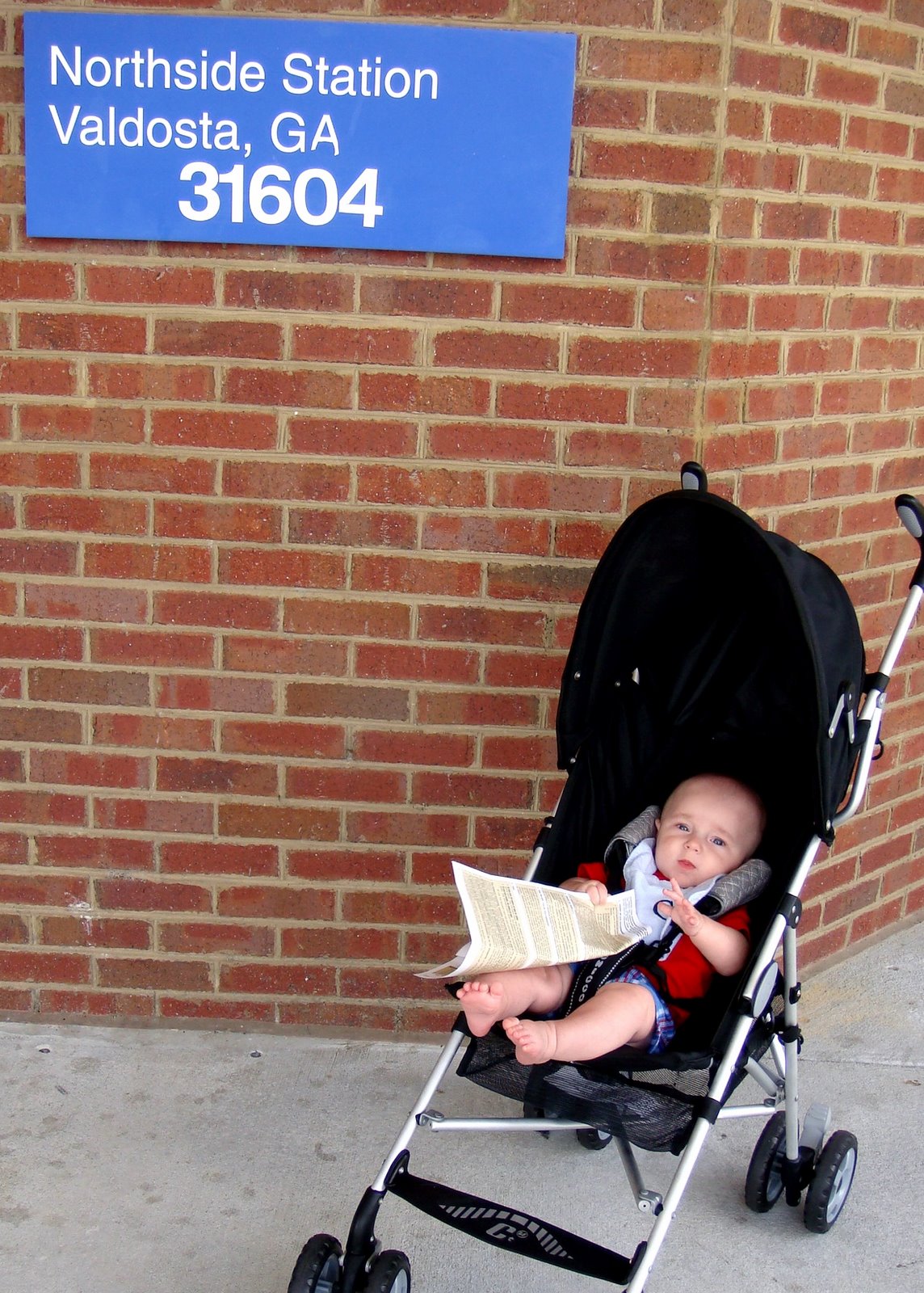 This time during his nap he DID wake up at the 45 min marker so I quickly threw him in the car seat and headed down to Lake Park. The deals were awesome! He slept in the car seat/stroller and I tried on lots of cute new things. He woke up and got fussy and I realized it was 3 and therefore time to eat. I did something I never thought I’d do, I nursed him in the dressing room! It worked out great because I was able to totally take off my shirt (didn’t have any worries about milk leaking all over my clothes) and he did his thing and I could go back to shopping (although the shirts fit me MUCH differently with full breasts versus empty ones haha). I was proud of myself for nursing him in the dressing room and honestly it was a very good experience. 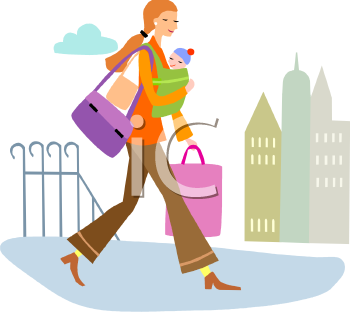 Shopping has always been one of my favorite hobbies. I LOVE getting a good deal! It’s such a thrill and now that I have a baby I get to find good deals on baby clothes which is really fun!!! While I had an awesome time and did find some great deals I was hoping for, shopping is just much harder with a baby. It takes WAY longer because you have to navigate the stroller through the tightly fit store, have to constantly be checking to see if he’s okay or if he’s dropped his toy yet again, and you have to stop for things like feedings and diaper changes. It can also be embarrassing because when he wakes up crying everyone looks! It’s also kinda awkward because people constantly walk by him and say “aww” and I have no clue how to respond to that!!! When people say, “Oh he’s cute.” Then duh I say, “thanks.” But when they say. “aww” what do you do? You don’t thank someone for an “aww” so I just kinda awkwardly smile! haha!

While in Gap Outlet a little boy who looked JUST like an older version of Kye came over to the stroller and started to play with Kye. He played with Kye’s toy and even touched Kye. I didn’t mind that at all and just said, “be gentle” to him when he touched Kye. He was a sweet little boy and spent a good 10 min with us before his mom barked for him to go over to her. I felt bad that he was getting in trouble so I told the mother that he was being so sweet and was a great boy and guess what his mom said? She said, “well that’s a rare occasion!” What is that teaching that child? He was PRECIOUS and his mom didn’t even see it! I gave her a compliment and she put down her child in response. It made me feel so bad and helped me make a little mental note to NEVER say such things about Kye. Even if she was joking, which she wasn’t, that’s just wrong!

Even though it may have been more of a pain, may have taken longer, and I may have not been able to do as much as I normally would, I am still glad I took Kye with me. I am a BIG believer in the idea that he is MY baby and should be a part of my life. I know some mothers who will drop the kids off with the grandparents anytime they need to run errands and I just don’t agree with that. Kye is my family now and I think it’s important for both of us to get used to doing things like that. Yes, it’s a sacrifice but him going with me helps me learn to adjust my wants and needs (and to shop MUCH quicker) and I feel like it teaches him how to behave properly in public and to be patient. Sure he may not be learning those skills right now but the more I do stuff like that with him the more he will learn and I think it ups his chances of being a good boy when Mommy runs errands..and who knows maybe it’ll make him a shopping partner in the future? A girl can dream right? 😉