Kye has been counting down to summer! He’s been so excited to end the school year, enjoy all of our summer plans, and then start the 4 year old class in the fall. It’s hard to accept that he’s so eager to grow up when I just want to cuddle him and keep him little forever and ever 🙂

They had a pj and movie day for the last day of school! 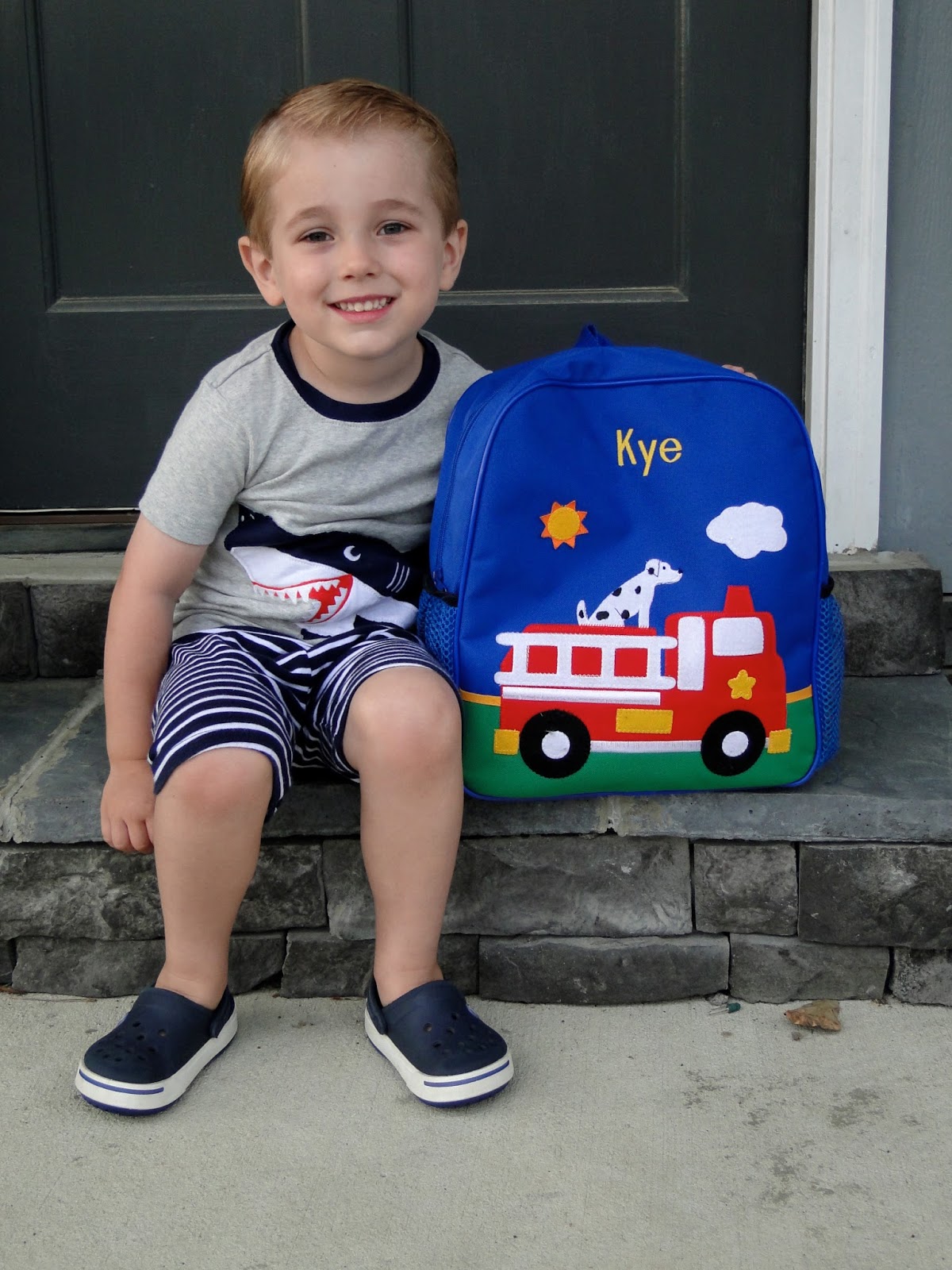 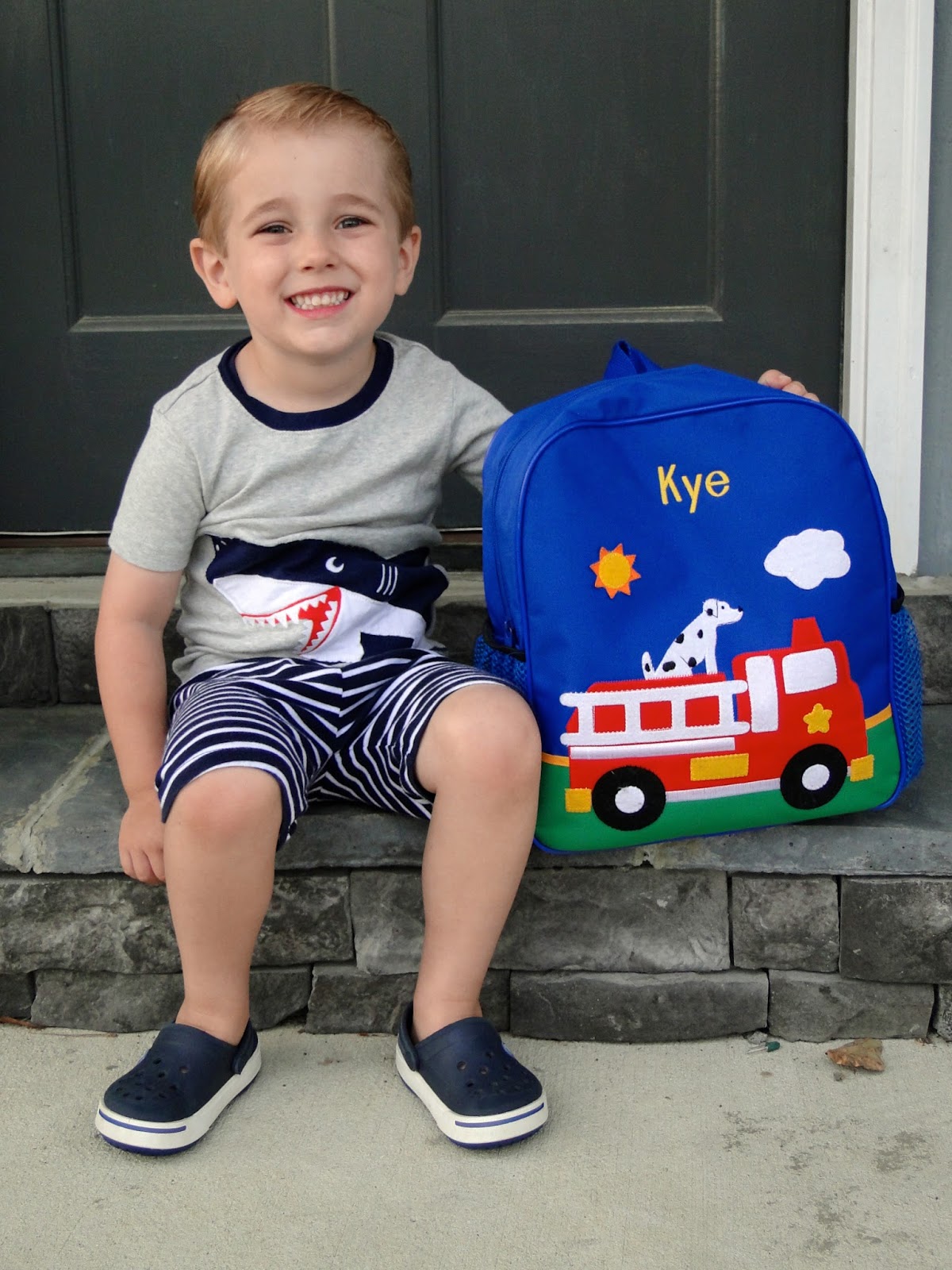 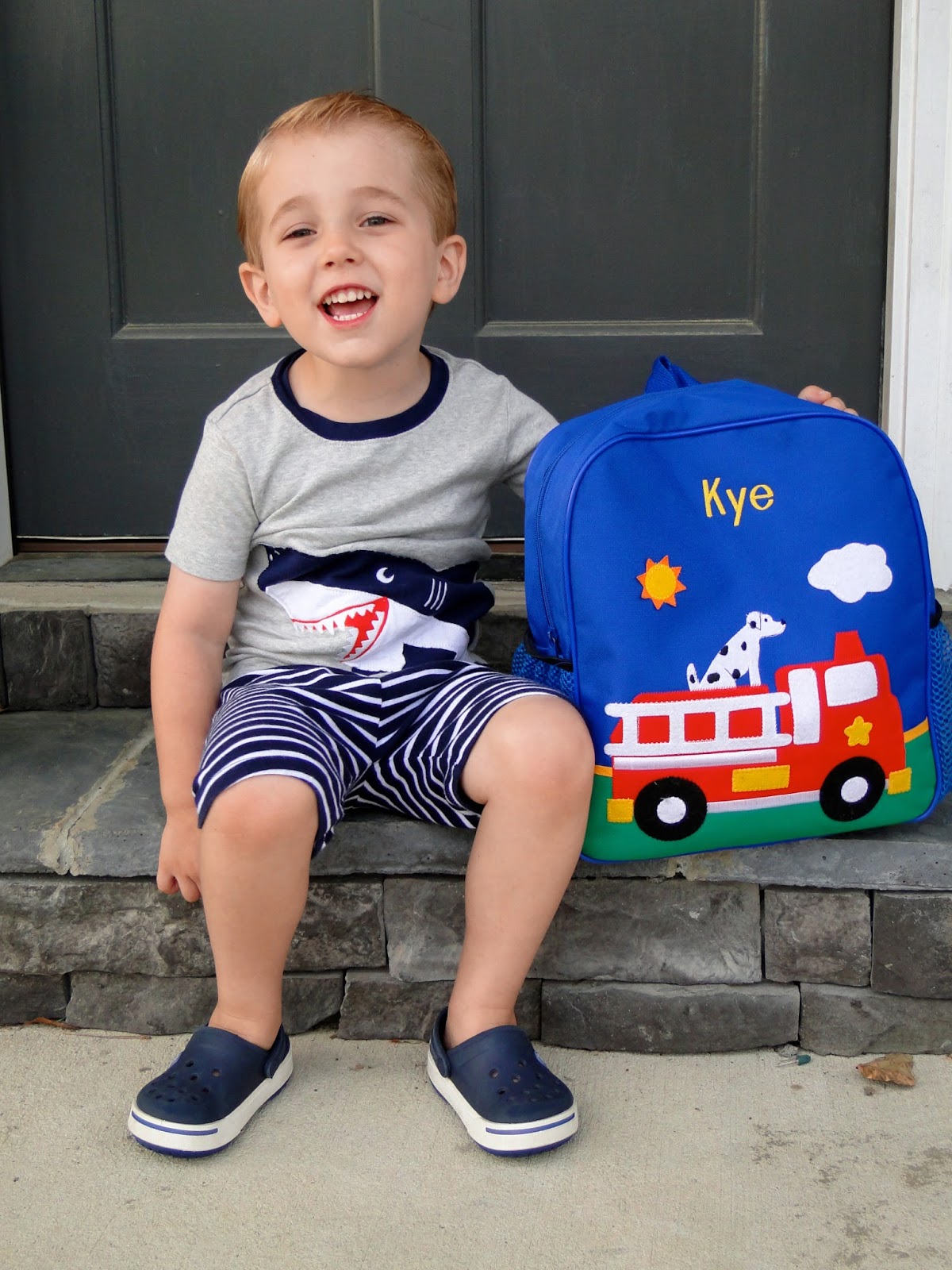 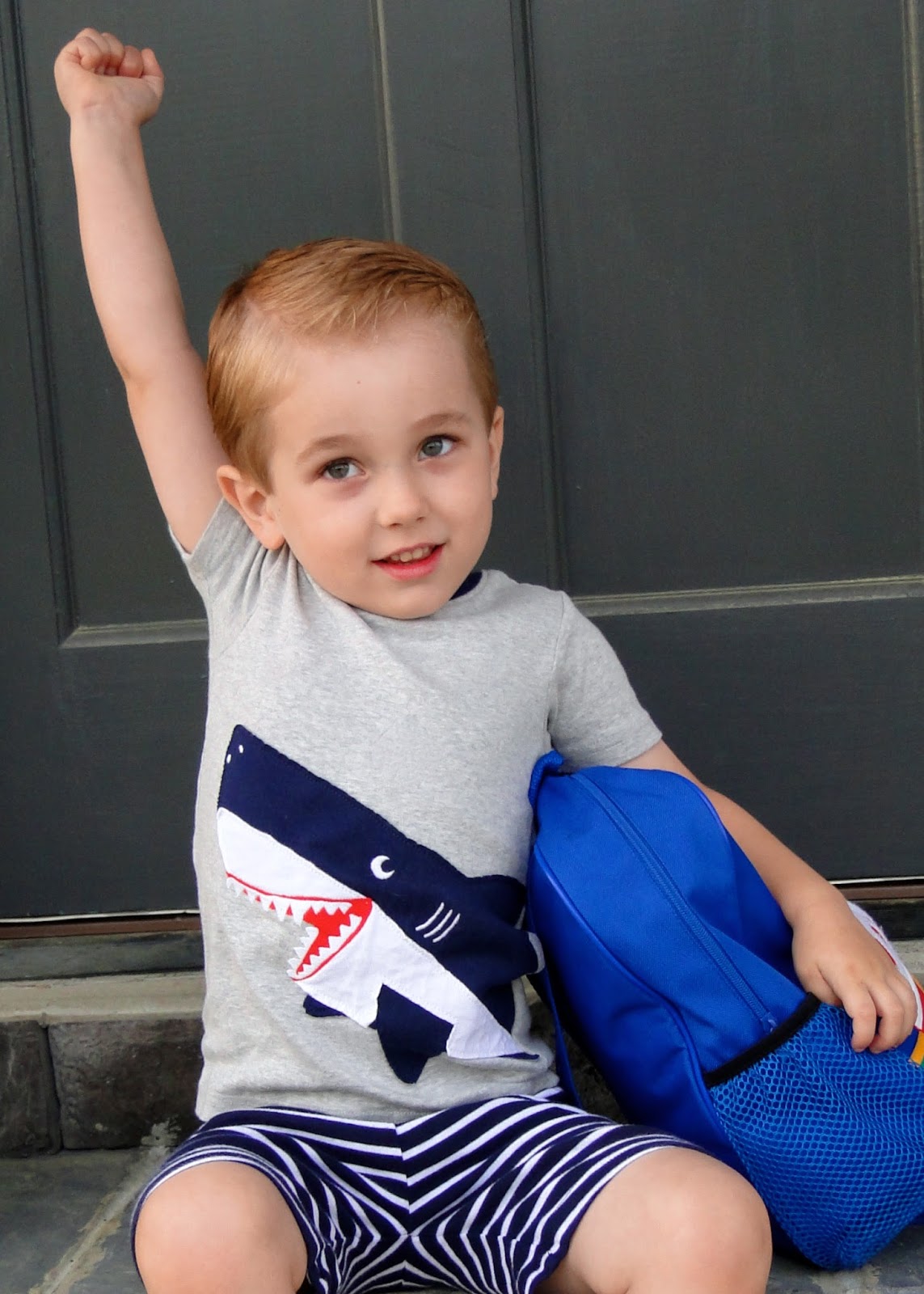 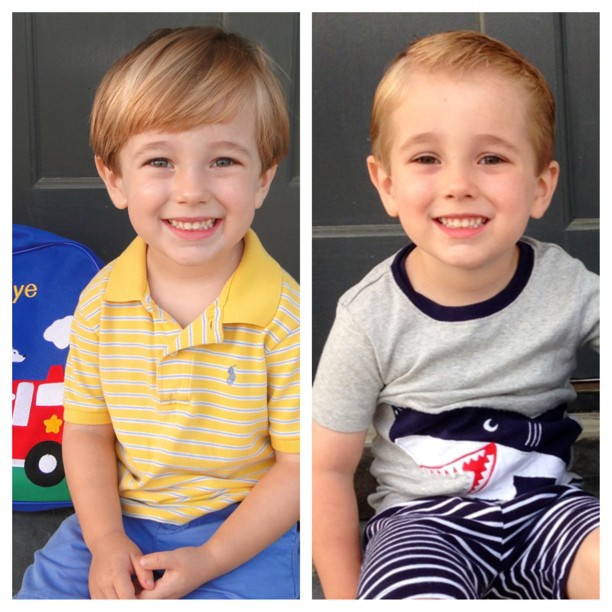 On his last day of school Rachael and her crew happened to be passing through Valdosta on their way to Disney (why oh why couldn’t I have just hopped in the car with them?!?!?). Britt and I met up with them for an early lunch at CFA. Time spent with Rach and her sweet family is never long enough and it was almost just like a TEASE to see them for a little bit! We had such a hard time saying goodbye that I was actually LATE picking Kye up from school. Oops. Quality parenting 😉 I called and told them I was running late and when I got there I just kept it super casual and said “I just knew yall wanted to soak him up a little longer before summer!” It ended up only being like 8 min late and I’d never been late before EVER so it totally wasn’t a big deal…and those 8 min extra with Rach were worth the bad looks when I arrived to pick him up haha! 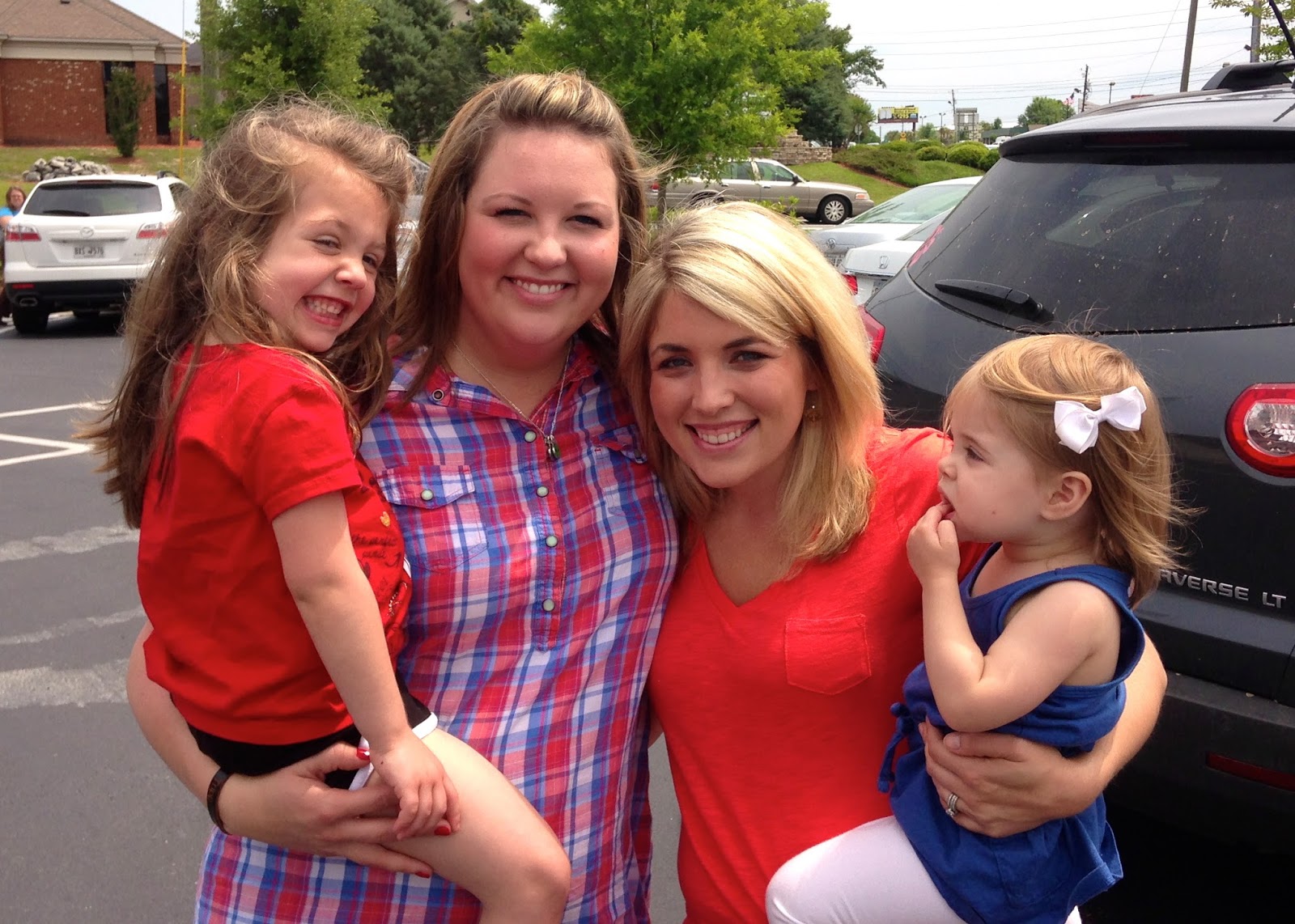 I ADORE Macy almost as much as I adore her mama! 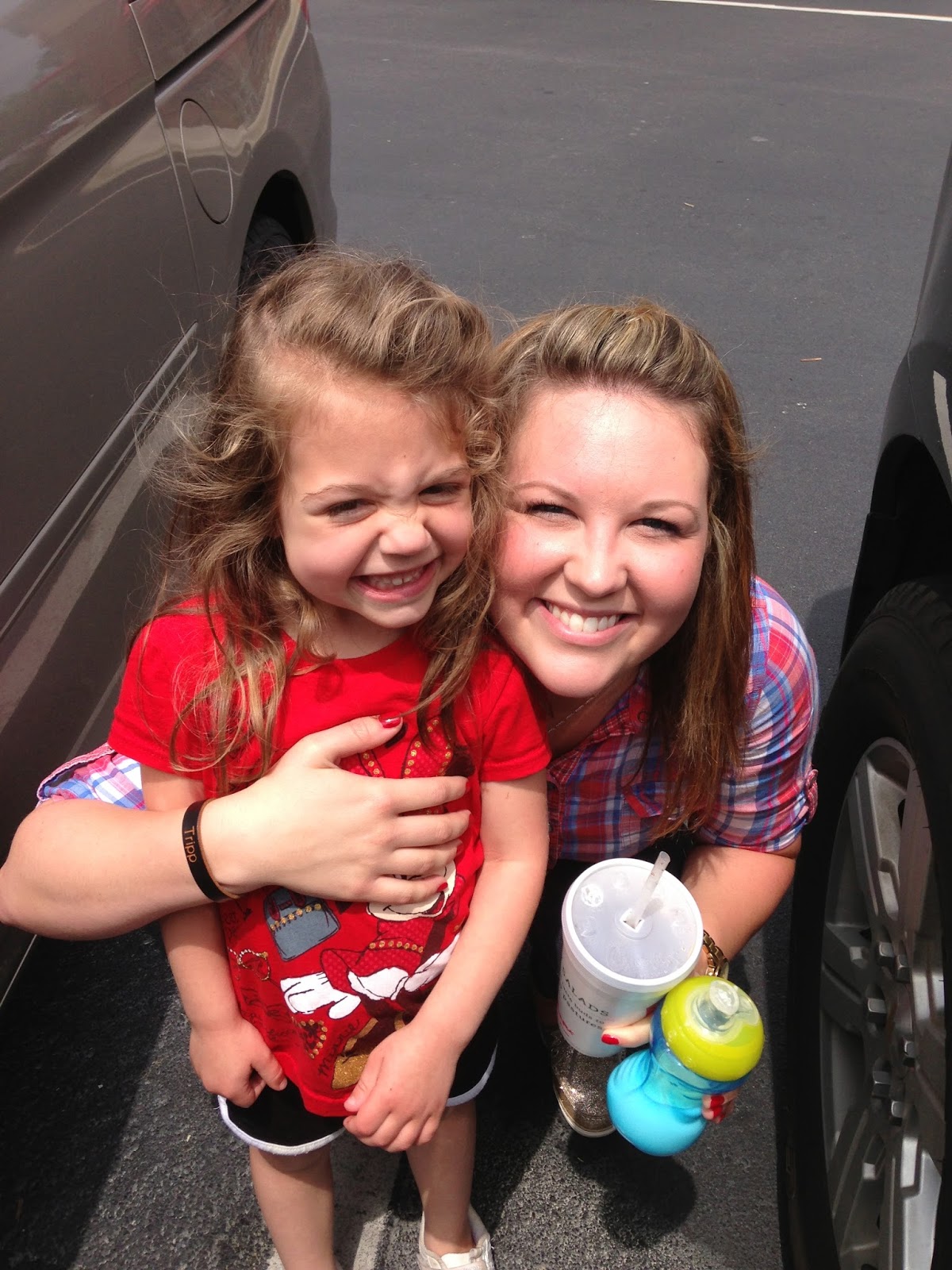 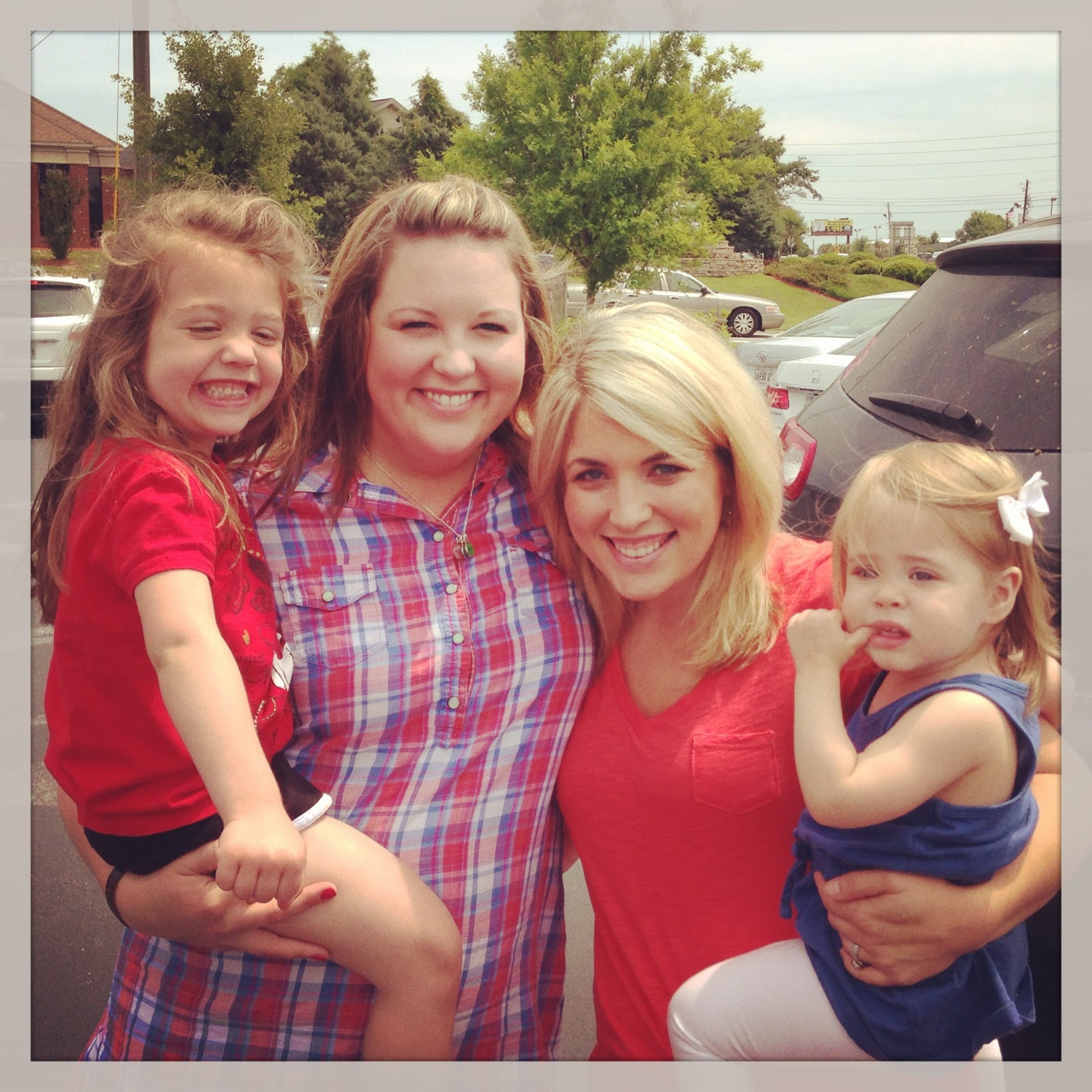 Auntie Rachael even surprised Kye with a end of school year treat 🙂 It def made up for me being late! 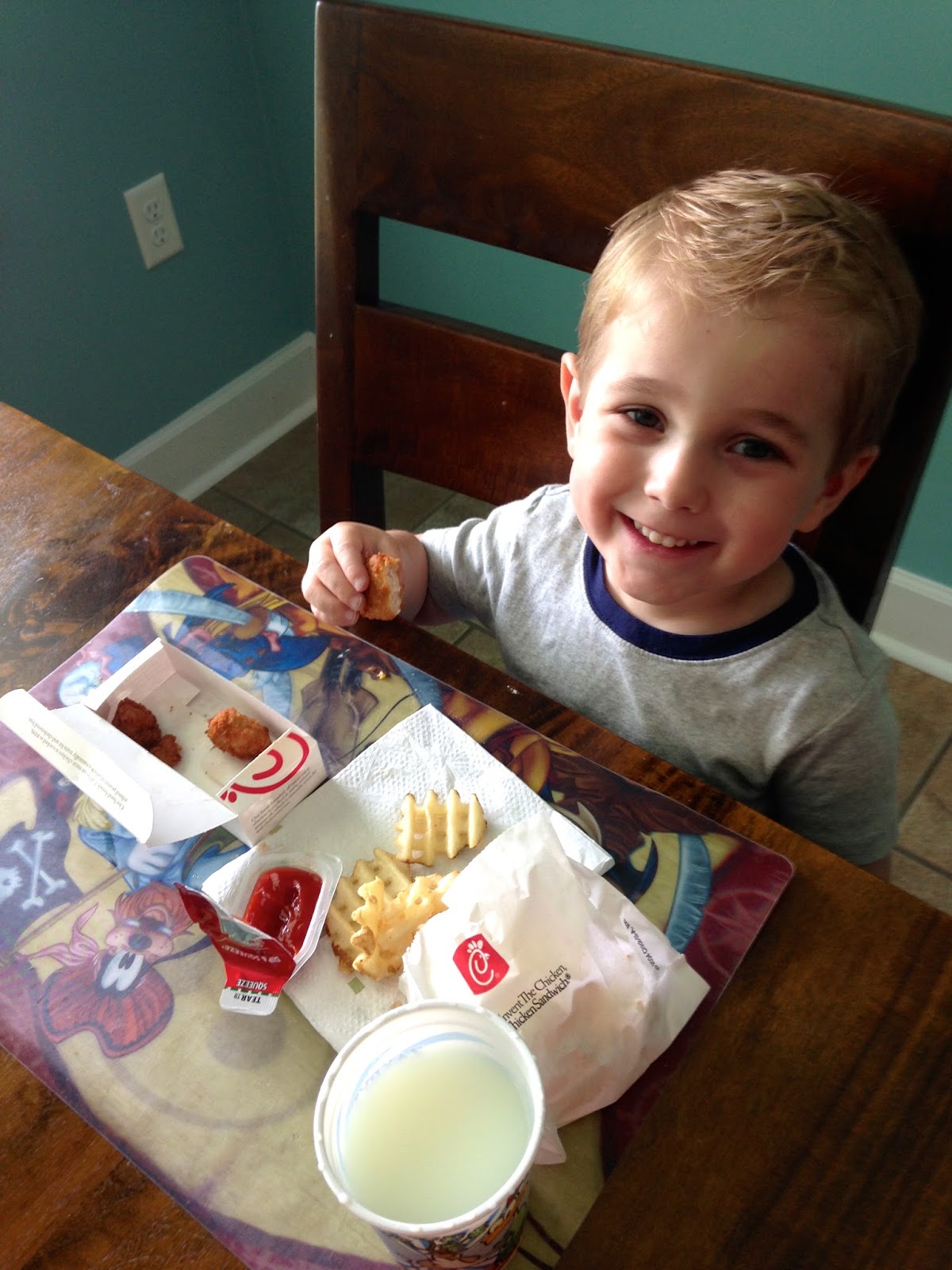 I’ve never been super pumped about summertime before? As a stay at home mom my life is pretty much the same year round. But now that I know Kye is going to be in school EVERY DAY in the fall I have built this up to be the BEST. SUMMER. EVER. We chant it constantly 😉 Zach was feeling the summer time vibe as well and suggested we go out to eat for dinner! We rarely ever go out to eat!!! We opted for McAllisters simply because kids eat free every night there! We price compared to Cici’s Pizza and McAllisters won 🙂 We were even able to eat outside (which the kids love) and just enjoy each other and talk about all our exciting summer plans! 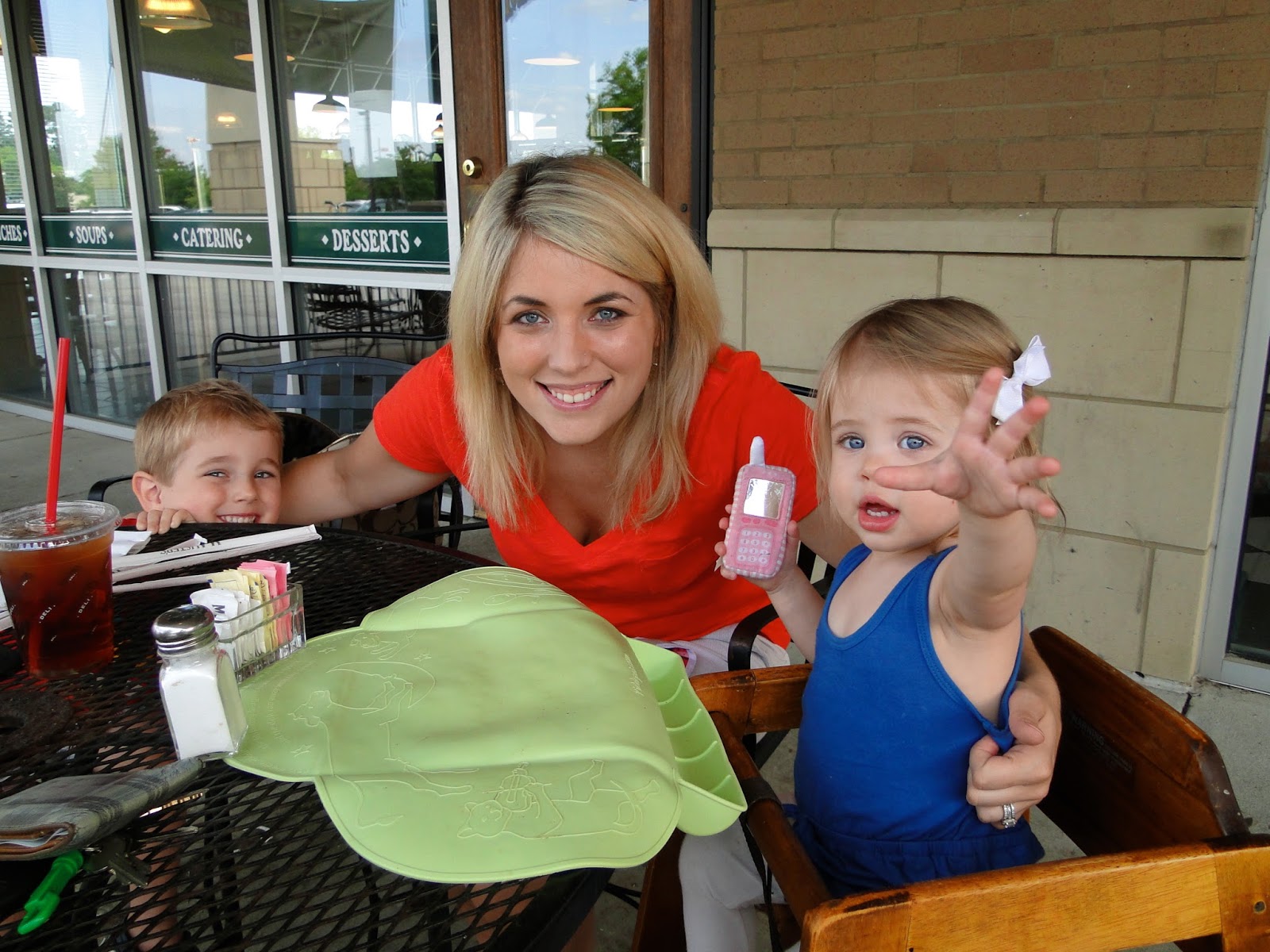 Britt had a few important phone calls to make while we waited on our food! 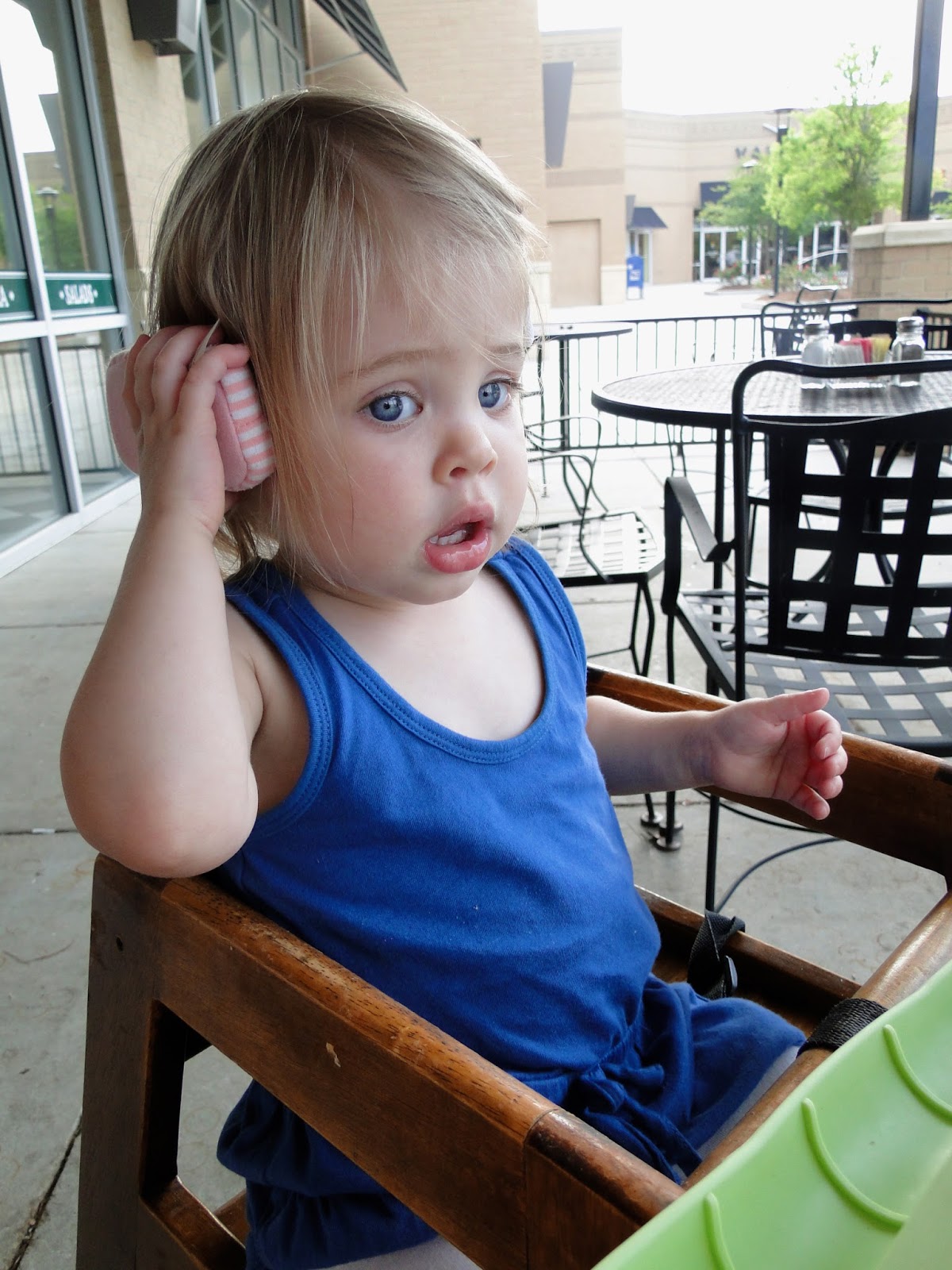 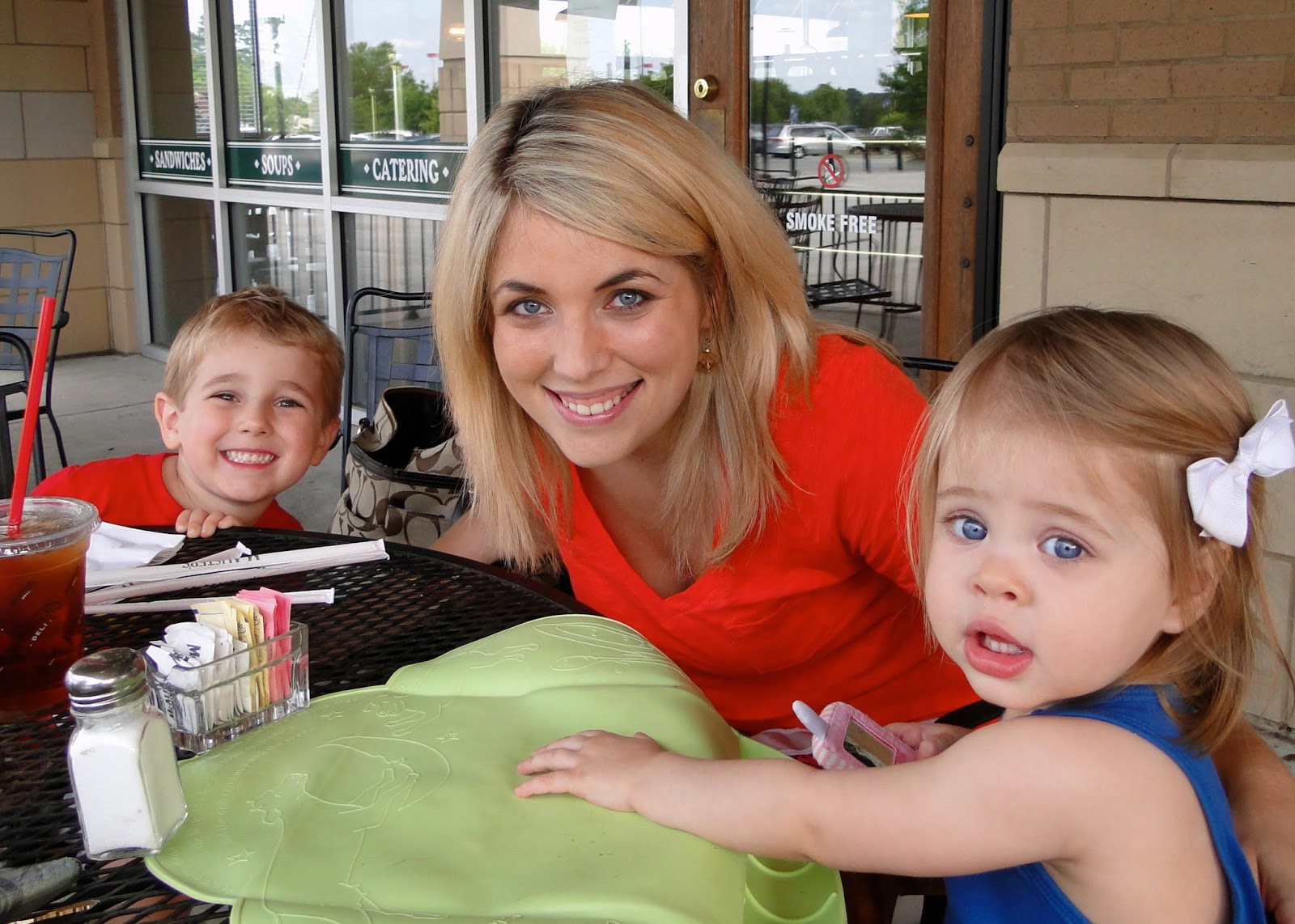 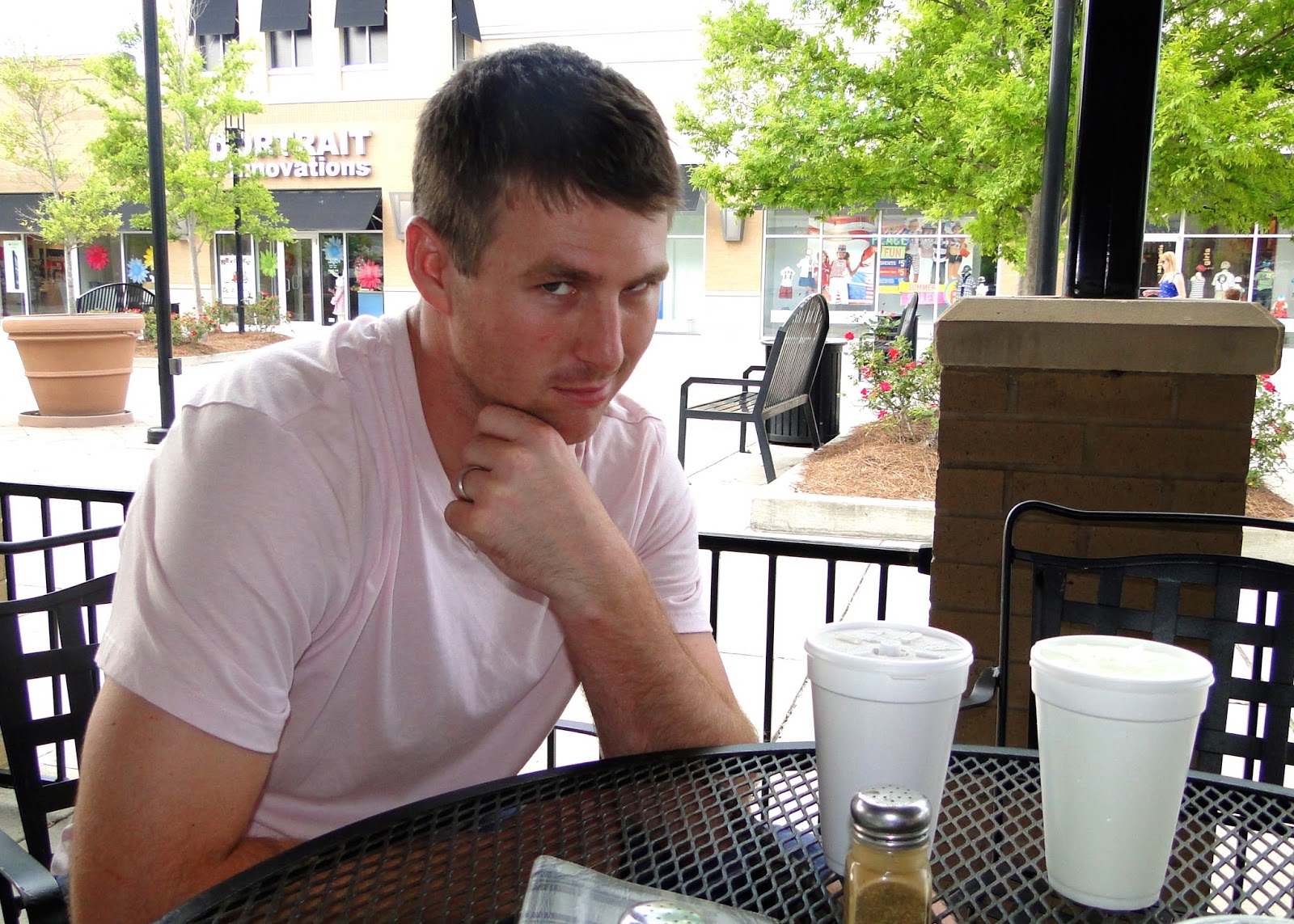 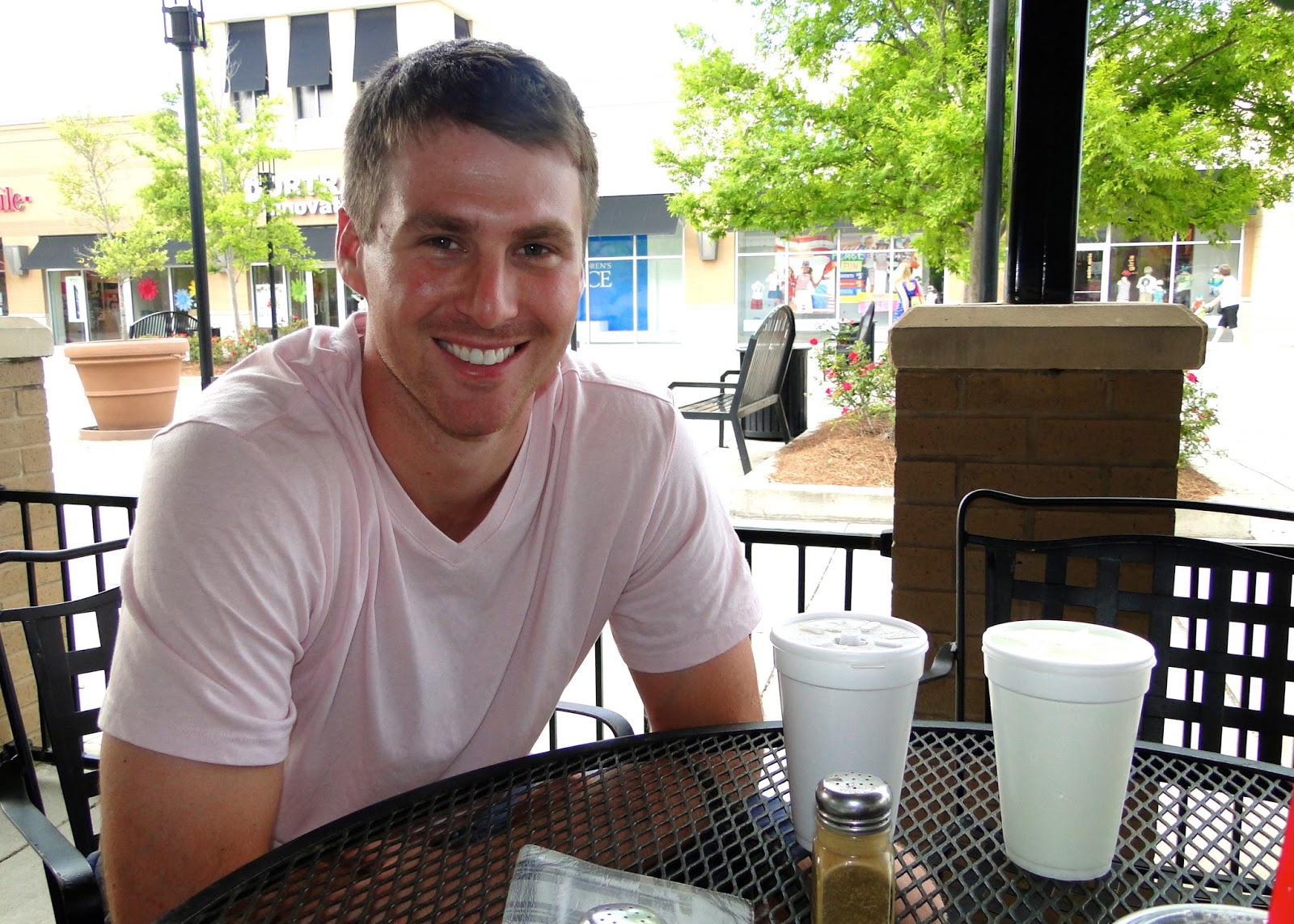 Since Kye’s school days were Tues, Wed, Thur Colt didn’t officially finish school until the following day. Colt will be going to all day kindergarten in the fall (which is CRAZY to think about. I mean wasn’t this child JUST born?!?!) and had his little graduation ceremony for finishing up preschool. Courtney wanted to have just a little celebration in his honor at her house. Zach and Mr. Rusty were out of town on business (which was probably a good thing as they would be hardcore making fun of everyone showering the kids with little gifts for the end of school haha) so I took the kids solo. It was a nice time! We all ate and the kids had fun playing together (Kye cried when we left, of course! He LOVES his cousins!).

G-Mama spoils the children like crazy! She was the type of mama who would buy all the kids a present so they wouldn’t feel left out on each other’s birthdays! Same thing happened here. I think she was worried that Payton and Kye would have hurt feelings over Colt getting presents for his little graduation? So she ended up getting each kid (Britt too even though, hello, Britt doesn’t even go to school haha) some change to put in their piggy banks (and since my kids don’t have piggy banks she bought them a bank too). It was all pretty comical but the kids LOVED it! Great idea G-Mama 🙂 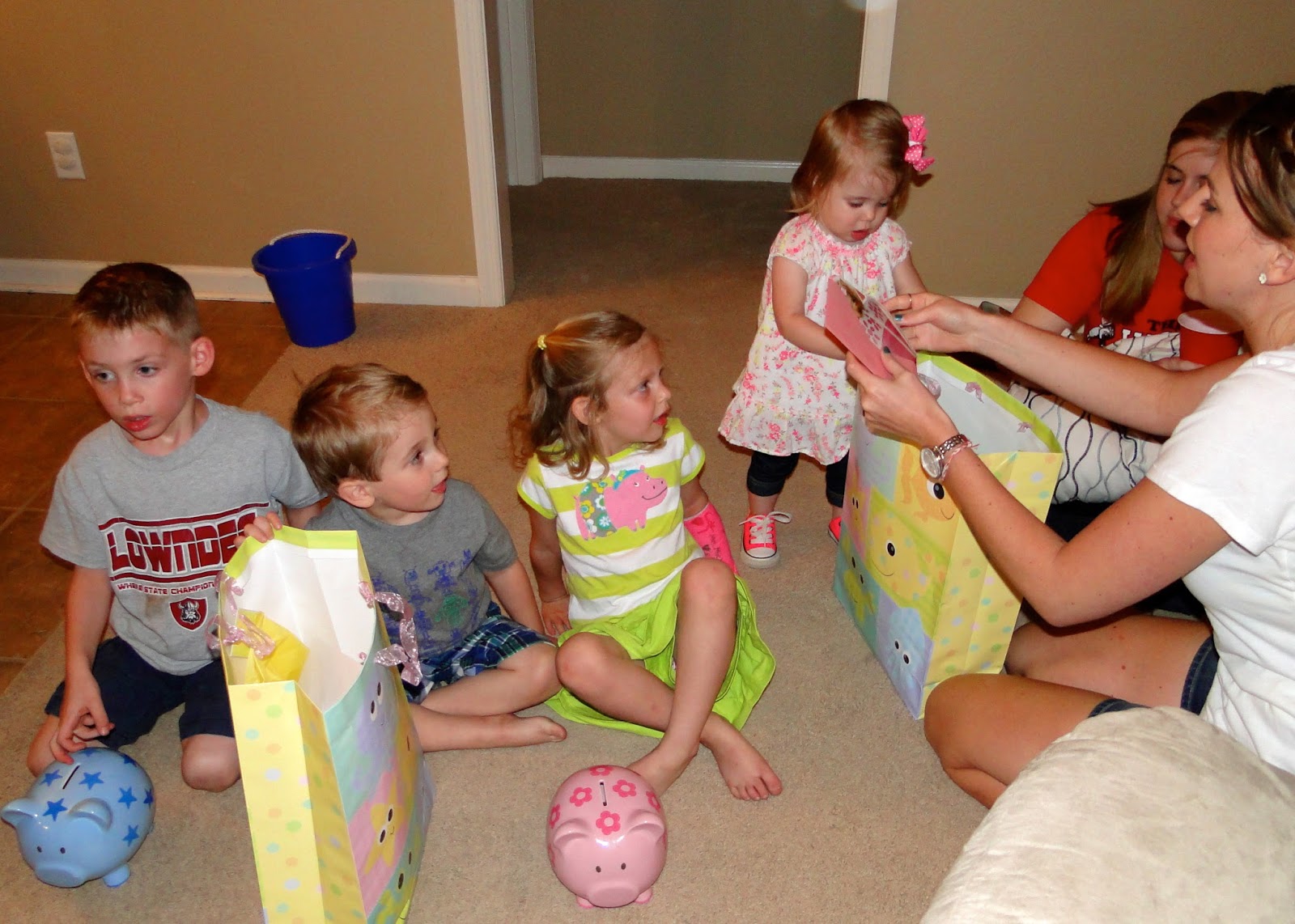 When everyone shared what they are saving their money up for Kye said, proudly “to buy a van!!!” It’s pretty obvious he knows that our family is working hard towards that goal of van ownership 🙂 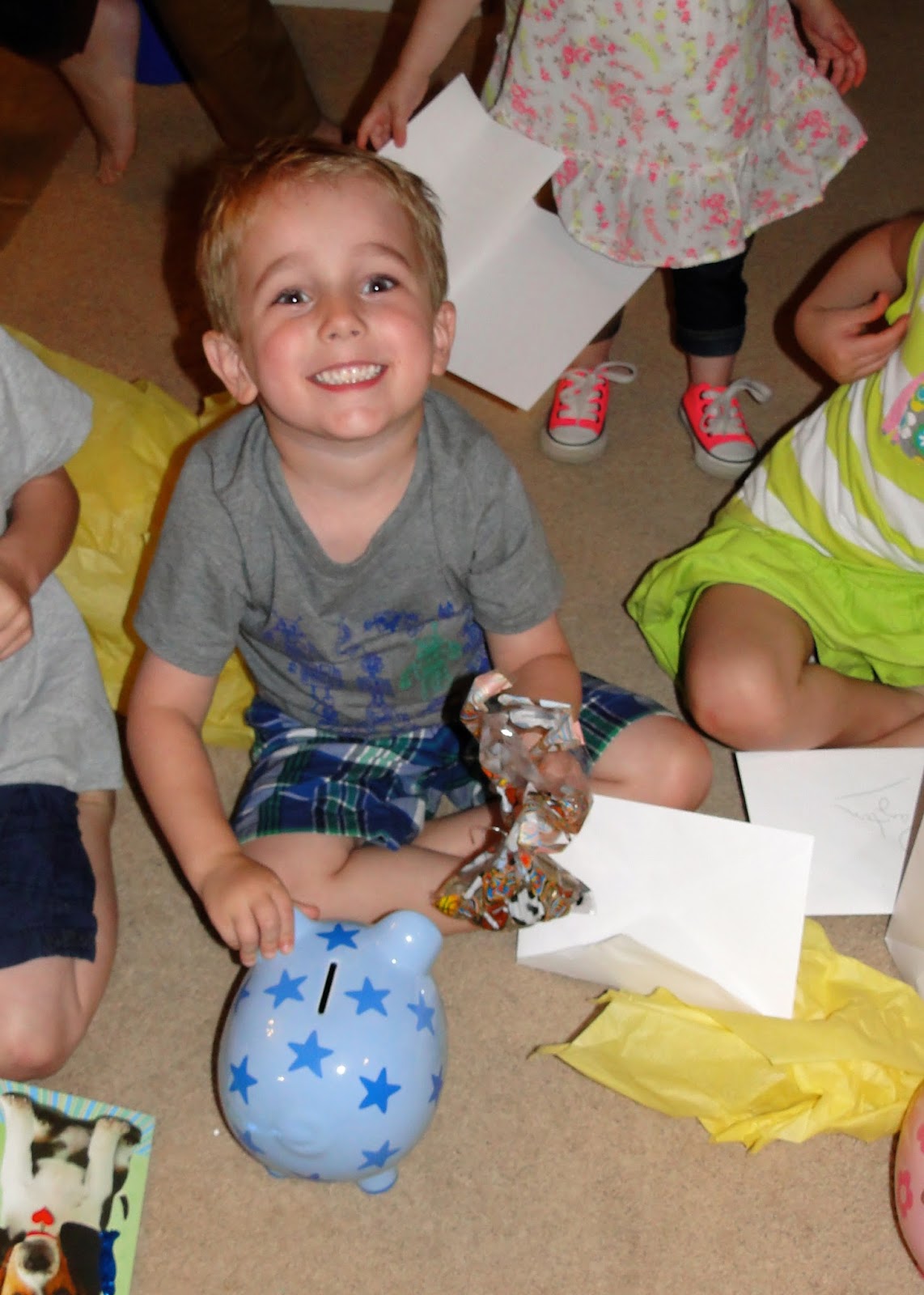 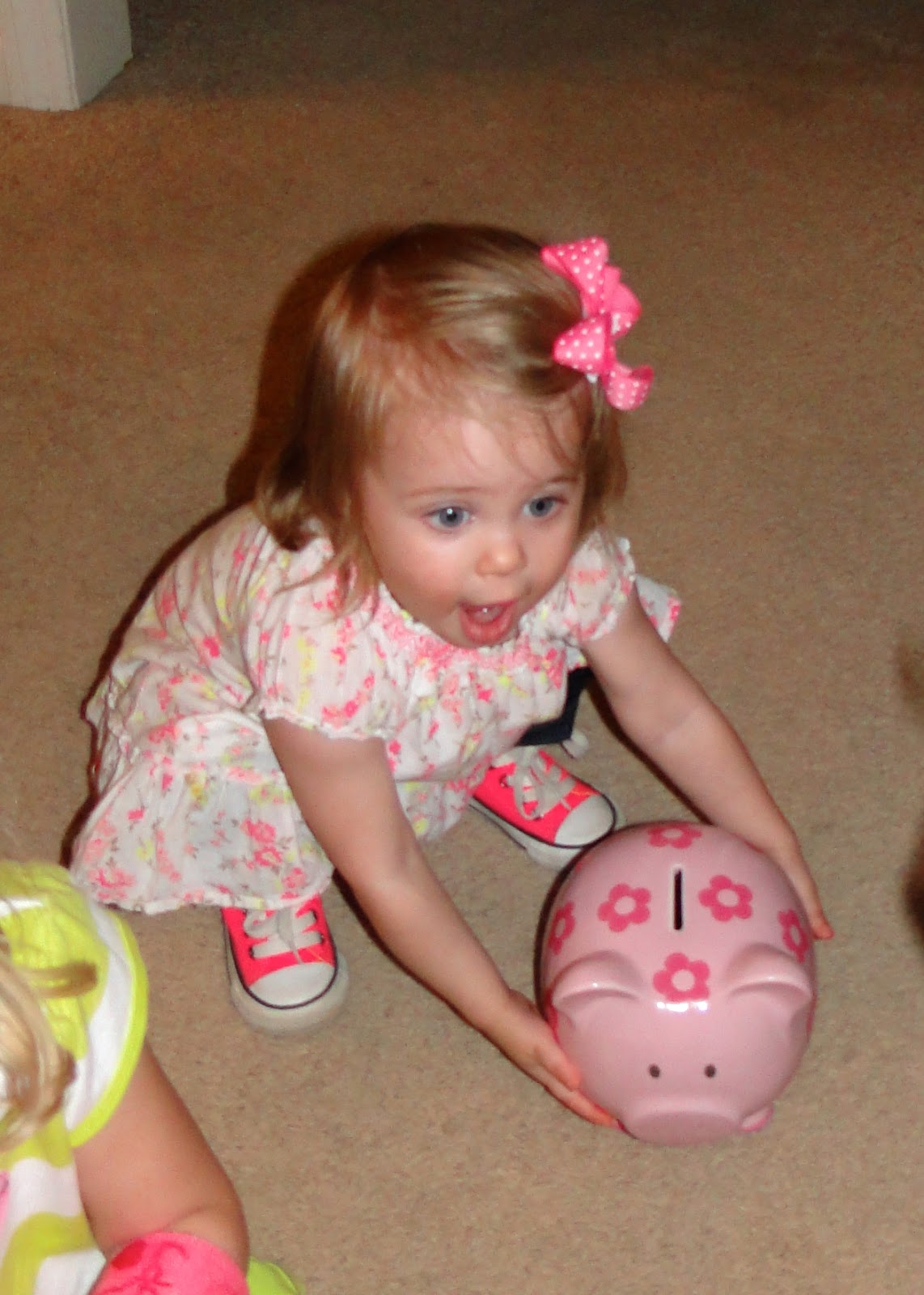 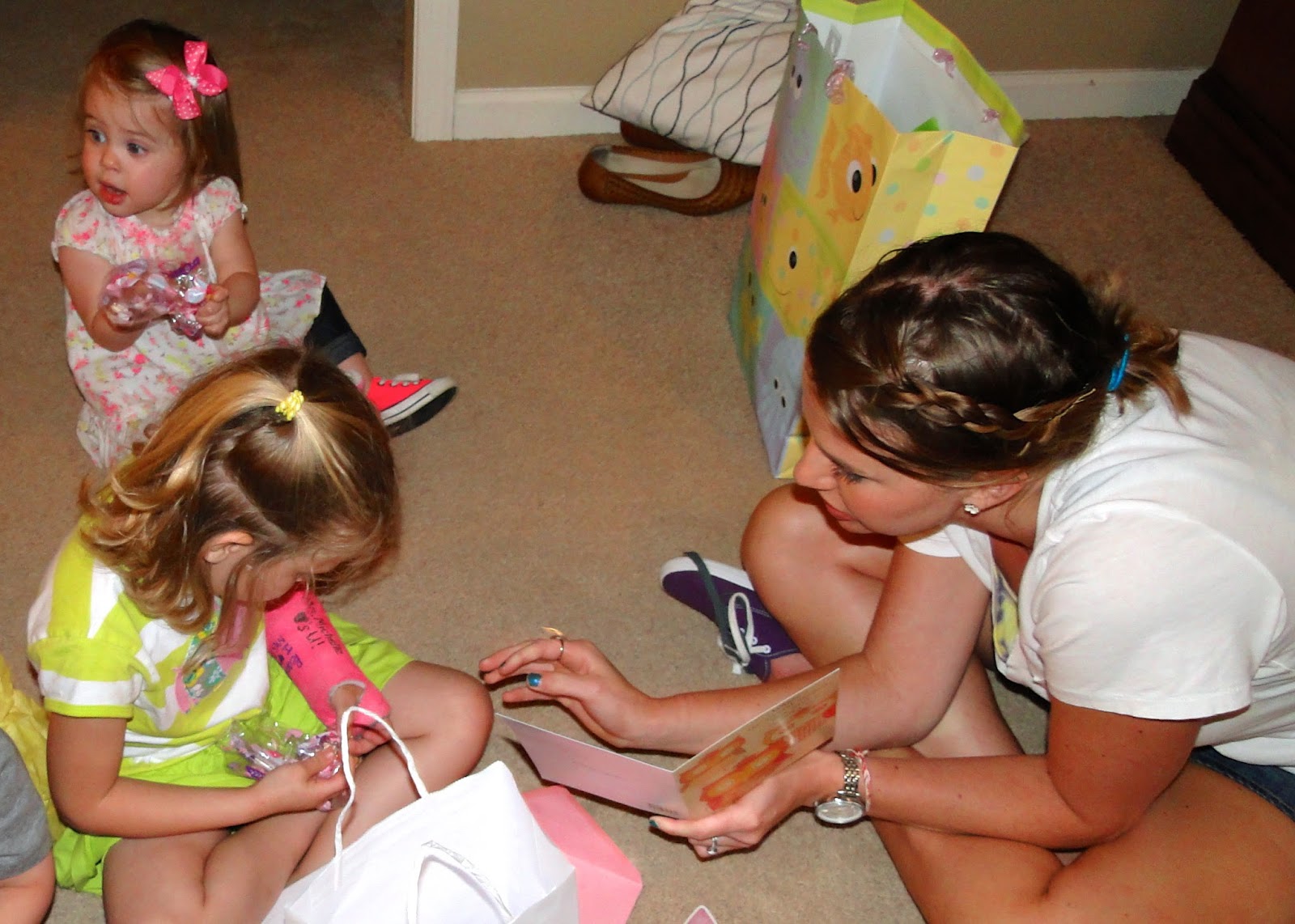 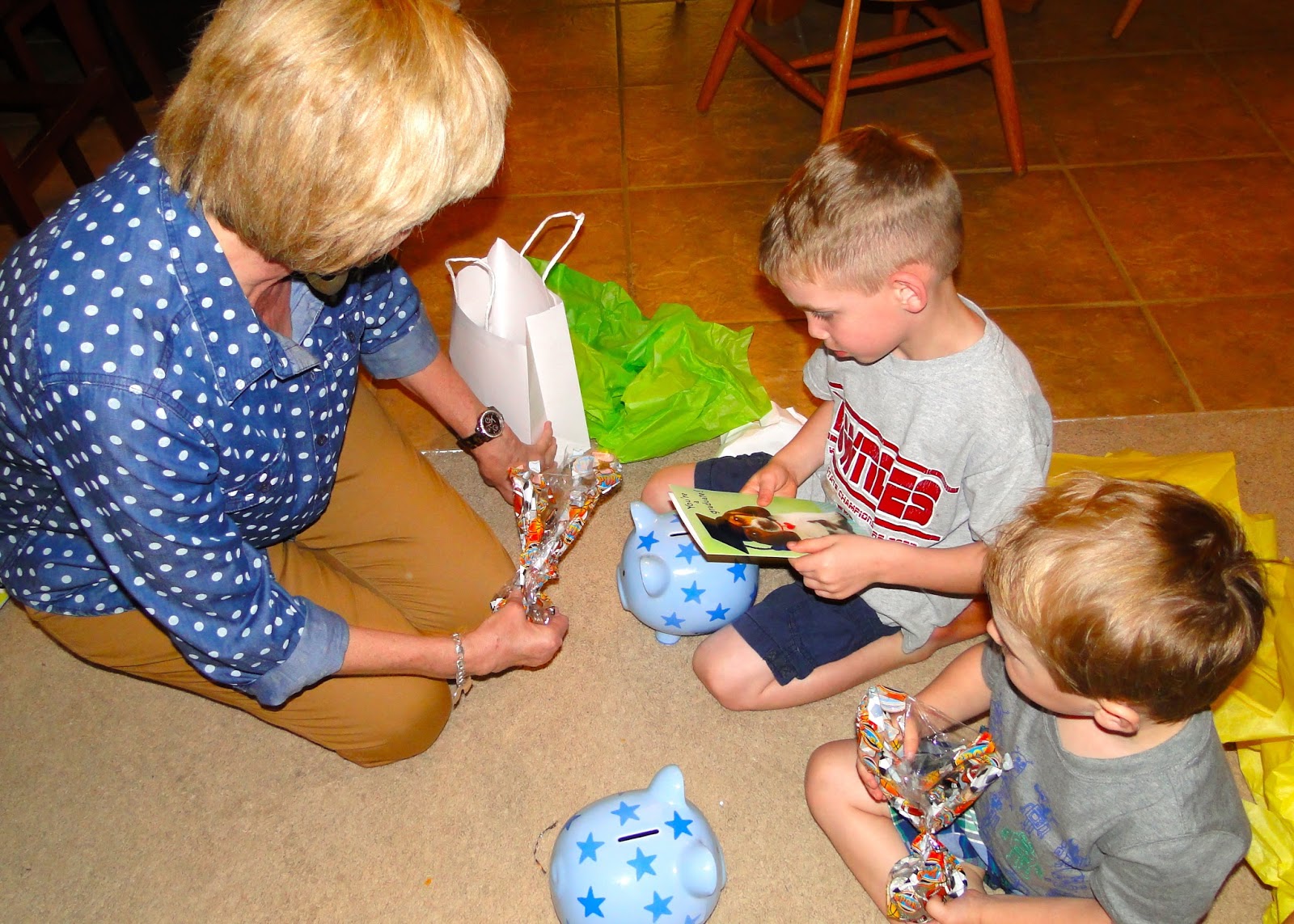 Britt took putting her coins in her bank SUPER seriously! 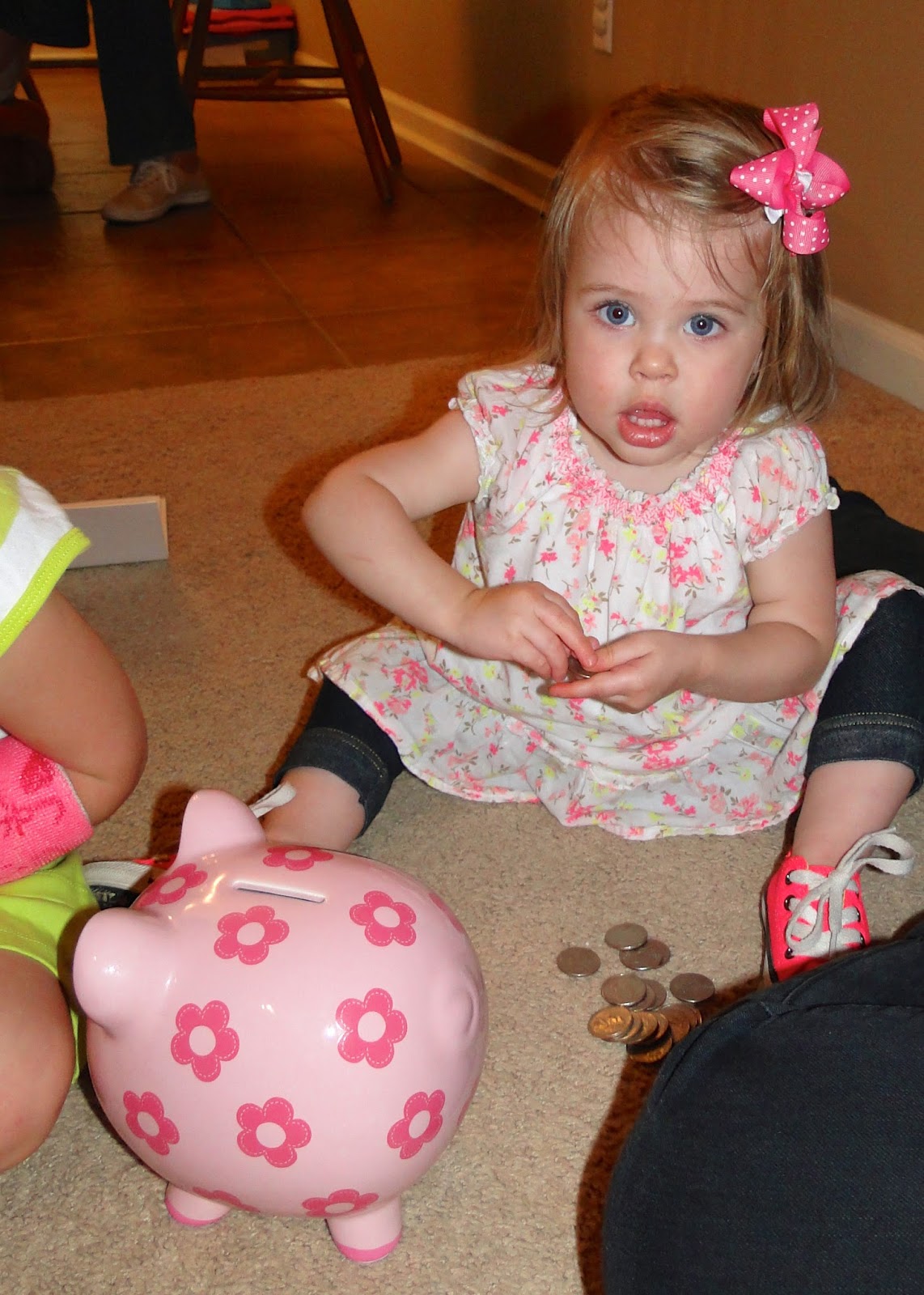 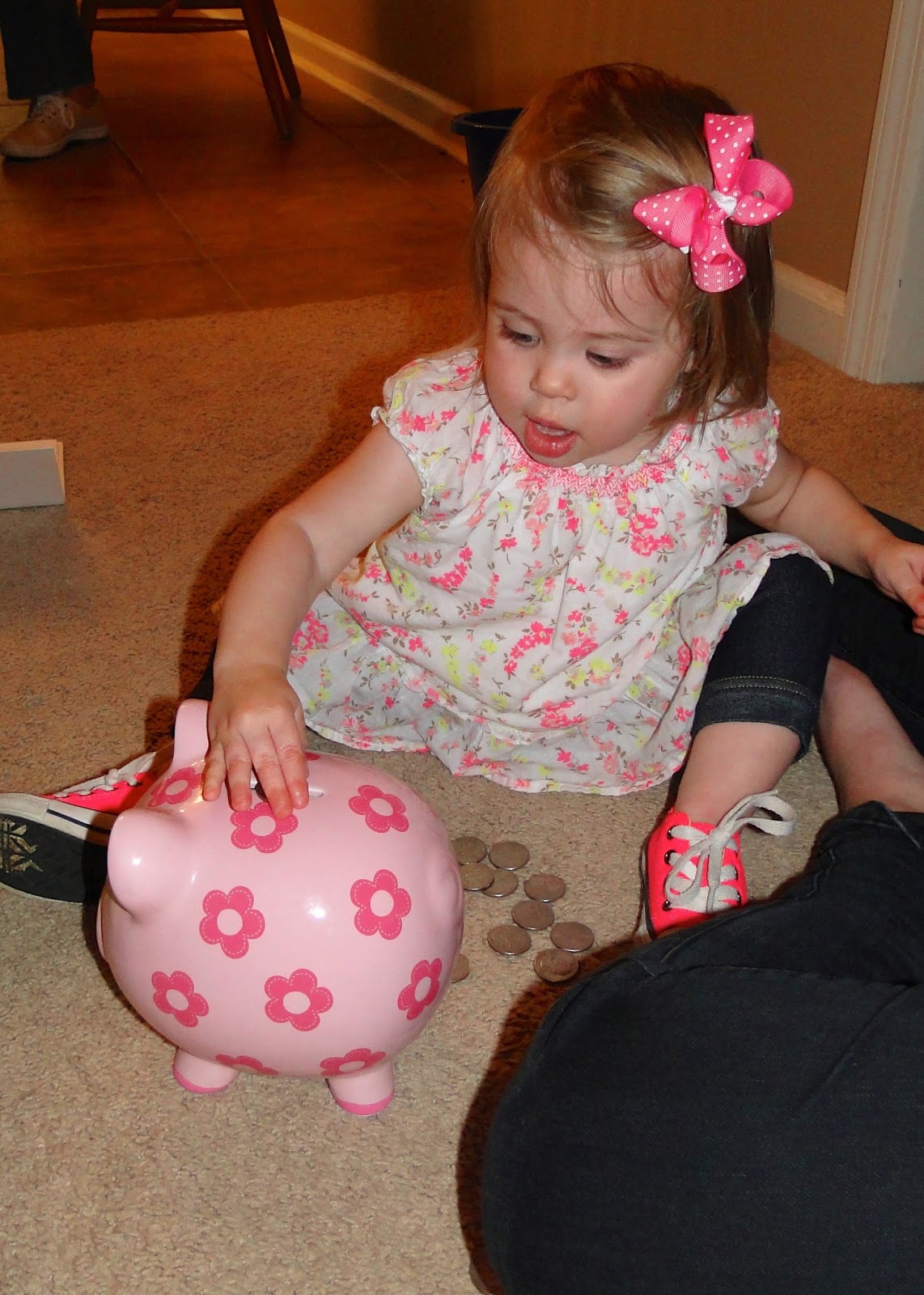 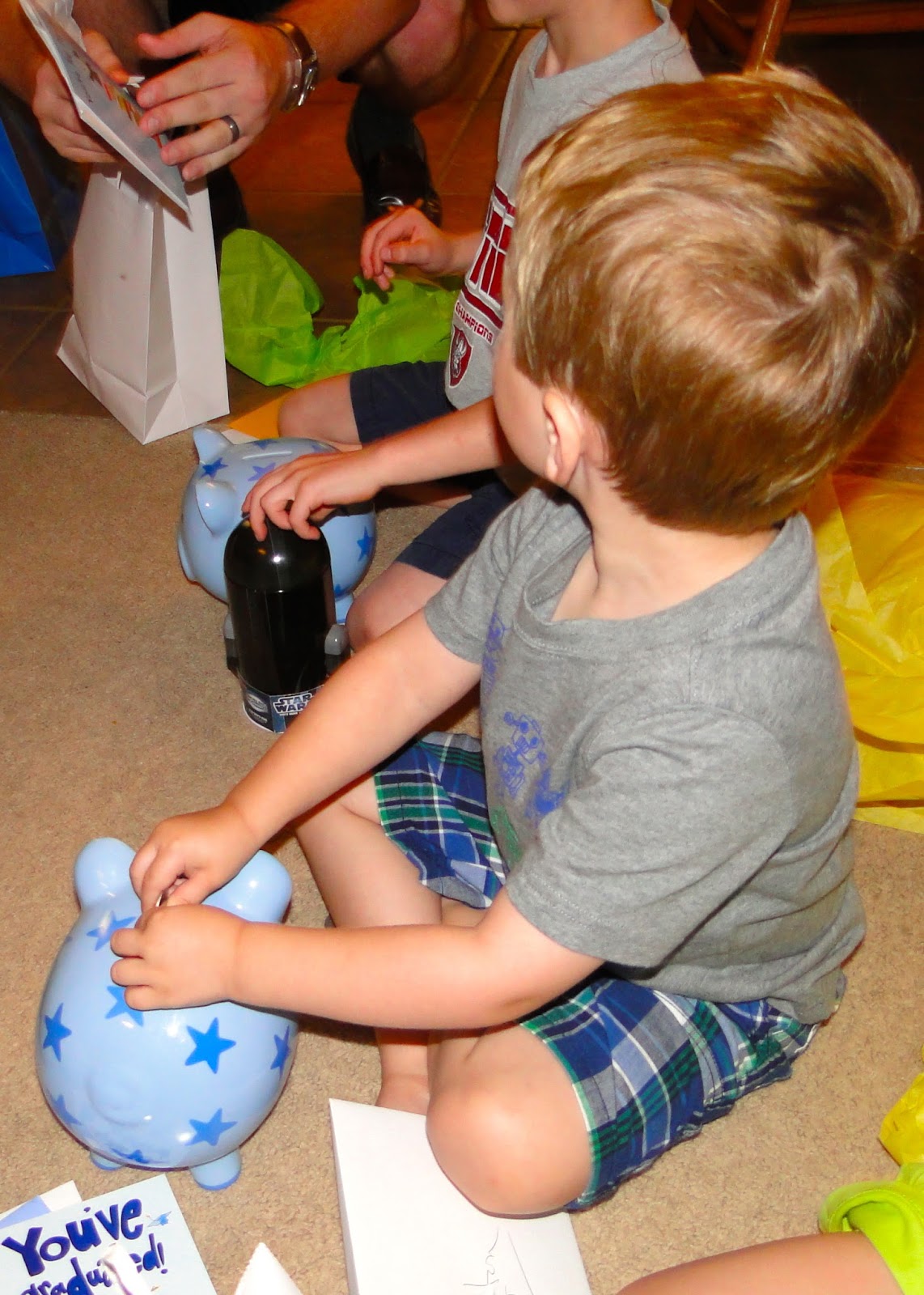