For Mother’s Day Zach and Kye gave me the ultimate “Emily Day!” Zach had the WHOLE day planned out for me last Saturday and it was ALL about ME! Who wouldn’t love that for a present?

We started off the morning by going out to eat at IHop for breakfast. I was a little nervous about somehow getting Kye to hold off on eating until then as he typically eats right when he gets up at 7:15 but he did awesome! He was so sleepy, cuddly and sweet. I was pumped for some IHop as I ate there ALL the time in high school and consider it my fav breakfast place by far. Unfortunately, the one thing I ALWAYS get is no longer on the menu 🙁 So sad. Guess we’ll have to find me a new favorite place as without that menu item it’s seriously not worth the mega high prices ($2.99 for a glass of milk…are you joking?!?). It was still fun to eat out as a family though and good to know that Kye can handle it so we can do it again sometime!

checking out the menu choices 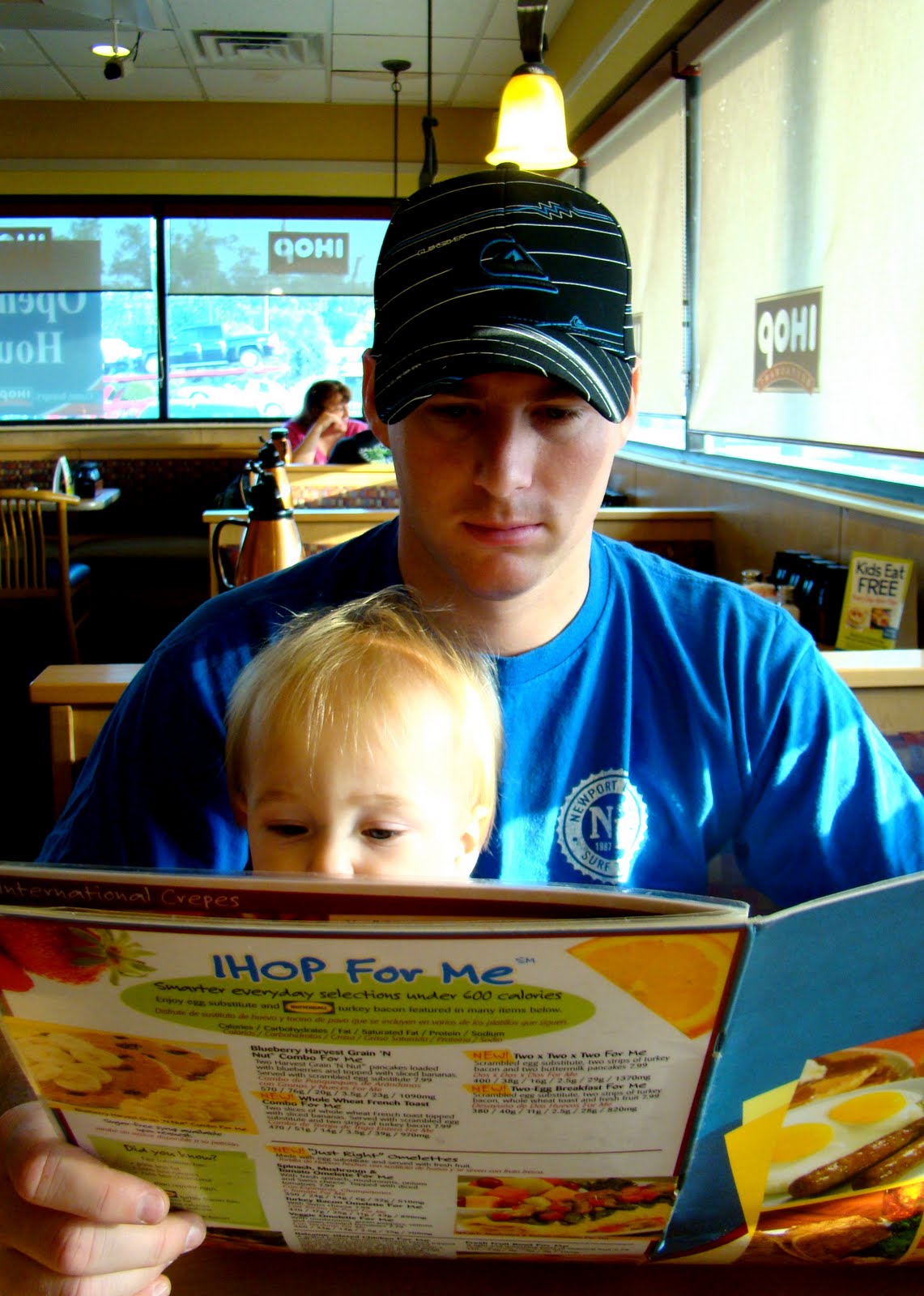 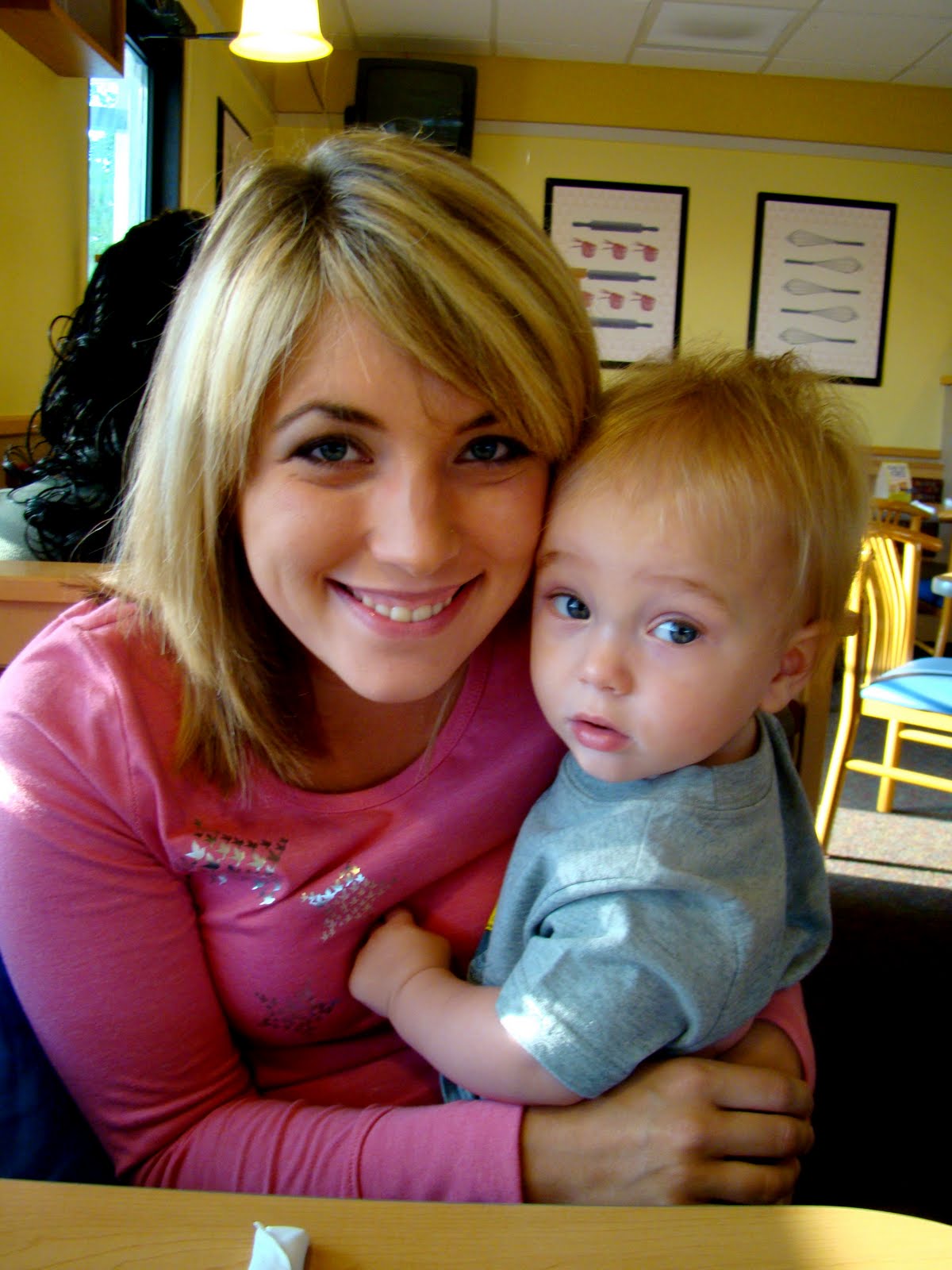 he LOVED the french toast and Canadian ham! 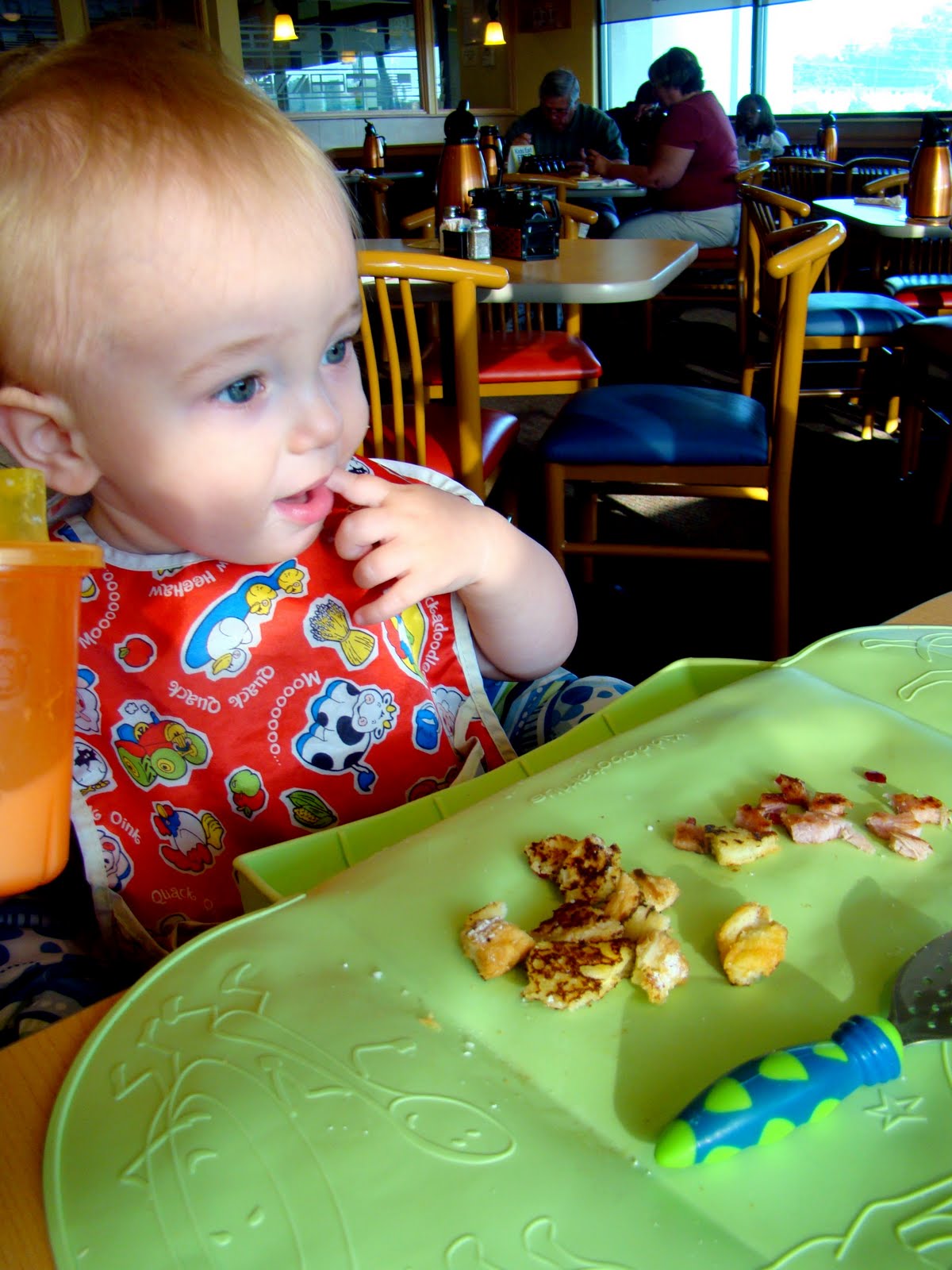 After breakfast the guys headed home and I had some time to kill so I went to Goodwill (it was only 8:30, nothing was open) and looked around but didn’t find anything worth buying. I also went to Hobby Lobby as I need some stuff for a project but they didn’t have what I was looking for. Soon enough it was time to head to the SPA!!!

For Valentine’s Day Zach had gotten me a 1 hour pedicure at Lemongrass Day Spa. I still hadn’t used it yet so he combined that with a Mother’s Day present including a 1 hour massage and a 1 hour body sea salt scrub. So I had a 3 hour spa day total!!! Such a relaxing way to spend a day 🙂 It started out with the body scrub thing and I’ve never had anything like that before. It was a mixture of salts and oils that she rubbed all over my skin and it helped to exfoliate it and get off any dead skin. It felt pretty good, and when it was done I looked like I’d spent the day rolling around at the beach. My masseuse had me go to their shower to clean off and it was a super nice shower and added to the relaxing experience.

Up next was my massage! I’m very sensitive to massaging and have to make sure they don’t do it too deep and the girl who did mine, Tiffany, seriously did the best massage I’ve ever had! She asked me areas I wanted to focus on and I told her my favorite is my head/hair. She massaged my scalp for like 20 min…it was awesome. I’m hardcore about being quiet during a massage and can’t stand it when you pay to relax then the masseuse talks your head off the whole time. Tiffany hardly spoke to me at all and when she did it was a whisper so I could be completely relaxed. It was wonderful. After those treatments I felt soo sleepy and relaxed and was looking forward to my pedicure to complete the day. Unfortunately that was disappointing. Another place in town, Nails by Chris, is a thousand times better! This place didn’t have massaging chairs and the girl who did my pedi talked my head off the whole time and was actually somewhat rude (she asked me what size my pants are and how old I am! I mean you know I’m an open book but you don’t typically ask someone those type of questions!).

When I got home Kye was taking his afternoon nap and Zach surprised me with a light romantic afternoon snack. He made me homemade chocolate fondue! It was super yummy and after eating I got showered off to get ready for our date night 🙂 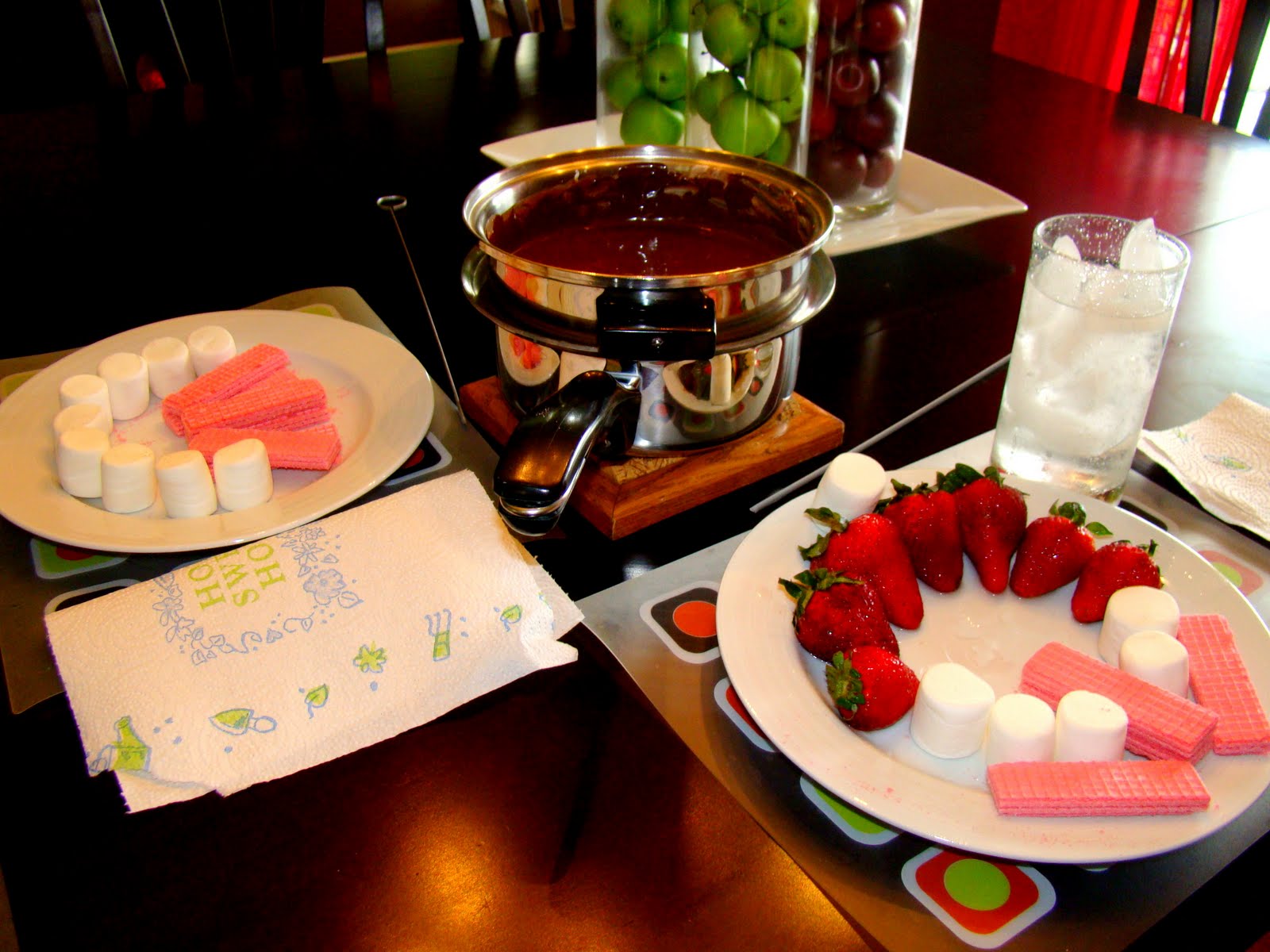 such a great hubby! 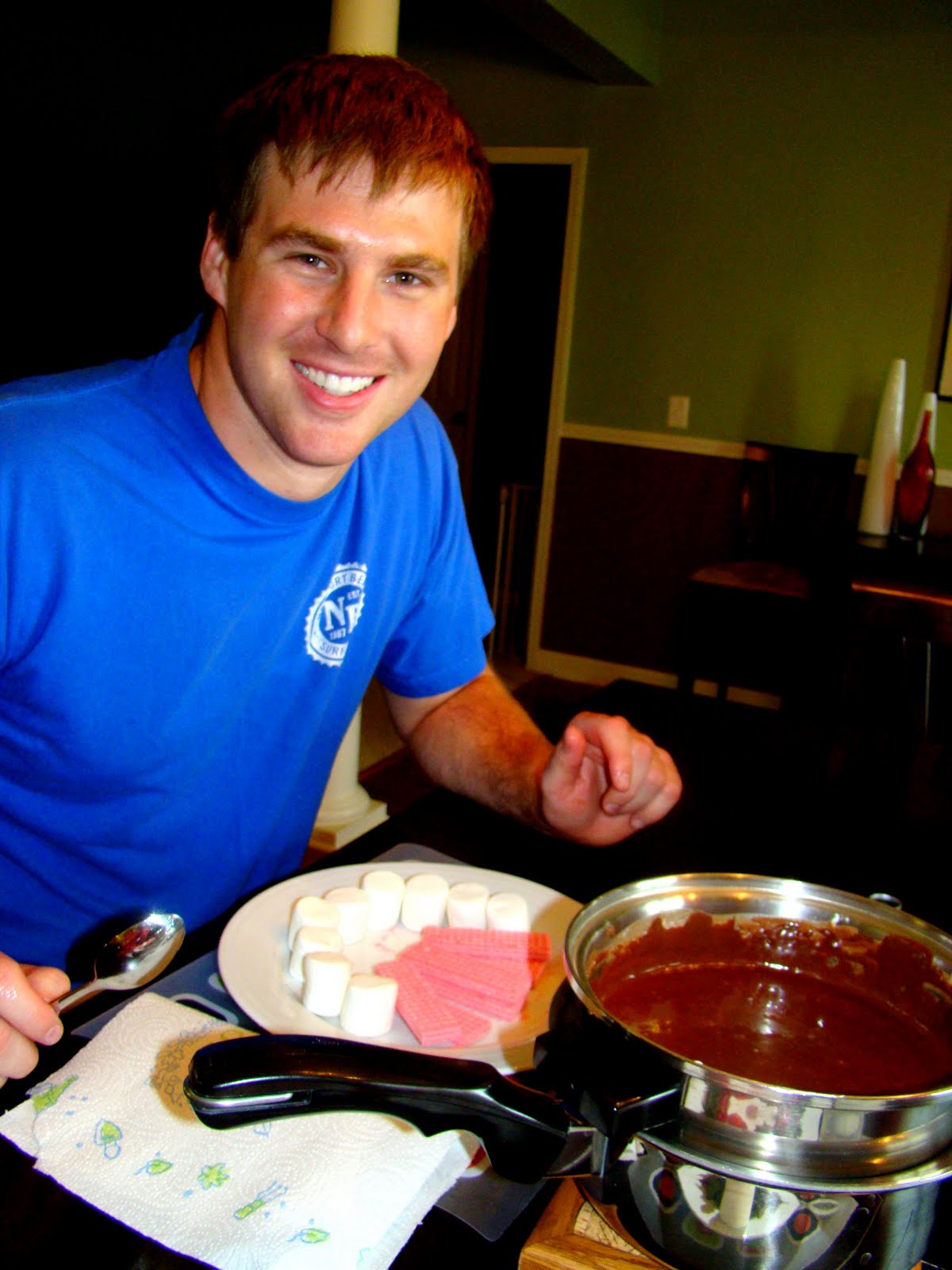 don’t I look relaxed and pampered? 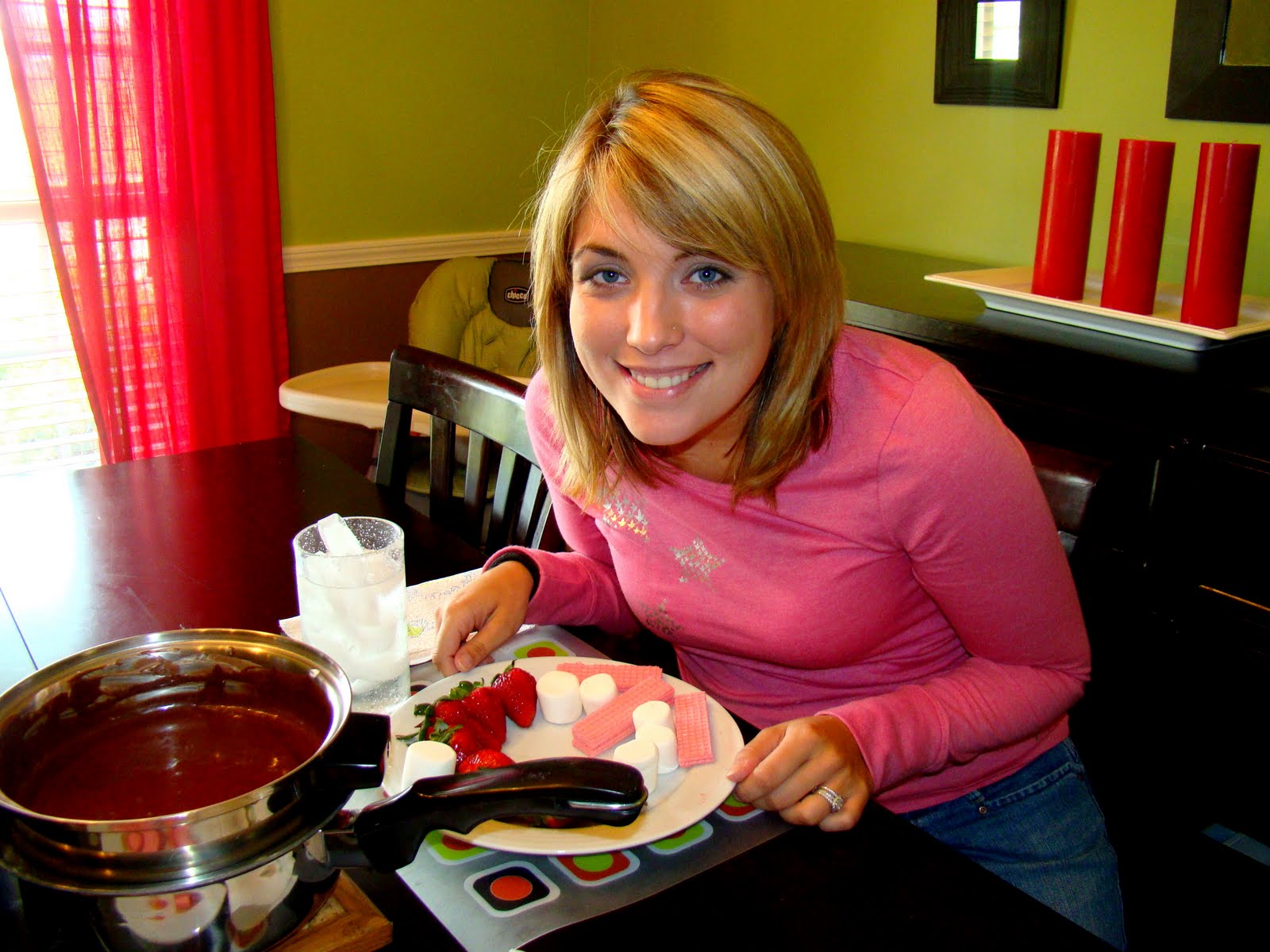 For our date night Zach had originally planned for us to eat at our favorite restaurant in town (and the most expensive probably!) Charlie Trippers. With our decision to sell our house we want to save every penny we can so instead we used our movie theater coupons and went and saw a dollar movie. Mrs. Charlotte and Casey came to the house to put Kye down for us and we went and saw Shutter Island. For an extra treat we used some of our gift card towards getting popcorn and snuck in some candy!

The movie was pretty good…not my favorite but of all the movies out right now it got the best reviews so it was the best choice. My least favorite time of the year to see movies is the summer because it’s when all the stupid blockbuster type crap comes out haha. The best time of the year to see a movie is Dec/Jan as that’s when most of the Oscar worthy stuff comes out 🙂

During the movie I was eating popcorn when I felt myself bite down on something hard. I took it out of my mouth, assuming it was a popcorn kernel, and tossed it. Then I kept eating and realized my temporary cap from my root canal had come out and was stuck on another tooth. I ran to the bathroom and saw that it was chipped pretty badly, meaning what I thought had been a popcorn kernel was actually my tooth! I put the tooth back in and chewed on a napkin hoping to help it stay. I was very careful the rest of the movie to eat on the other side of my mouth.

After the movie it was only about 7 so we decided to take advantage of our free night out together and go to dinner. We went to Red Lobster and it was so good as usual! I did my best to chew carefully but while I was eating a biscuit (don’t you LOVE their biscuits?!?) the suction from chewing pulled up the cap again and I didn’t realize it and chomped down…shattering the tooth. Thankfully the tooth is towards the back so it wasn’t noticeable but I had to live without it until Tuesday when the dentist could finally see me to fix it. (Side story: I had to get Mrs. Charlotte to come keep Kye while I drove 30 min away to go back to the dentist on Tuesday. They made a new “tooth” and put it in then I left, drove 20 min back and it popped back out! Of course it was LUNCH when it happened so I turned around and kept trying to call them but their recording was on since they weren’t there. I got back to the office and thankfully caught the dentist himself leaving for lunch and told him it needed to be fixed. This time he use permanent cement stuff to get it to stay and it’s gonna be an interesting appointment to get it off for the real cap!!! Whew, this root canal has been a HUGE pain for me!) I wasn’t going to let the tooth ruin my night and I just tried to eat the best I could without it and move on!

the biscuit that did me in 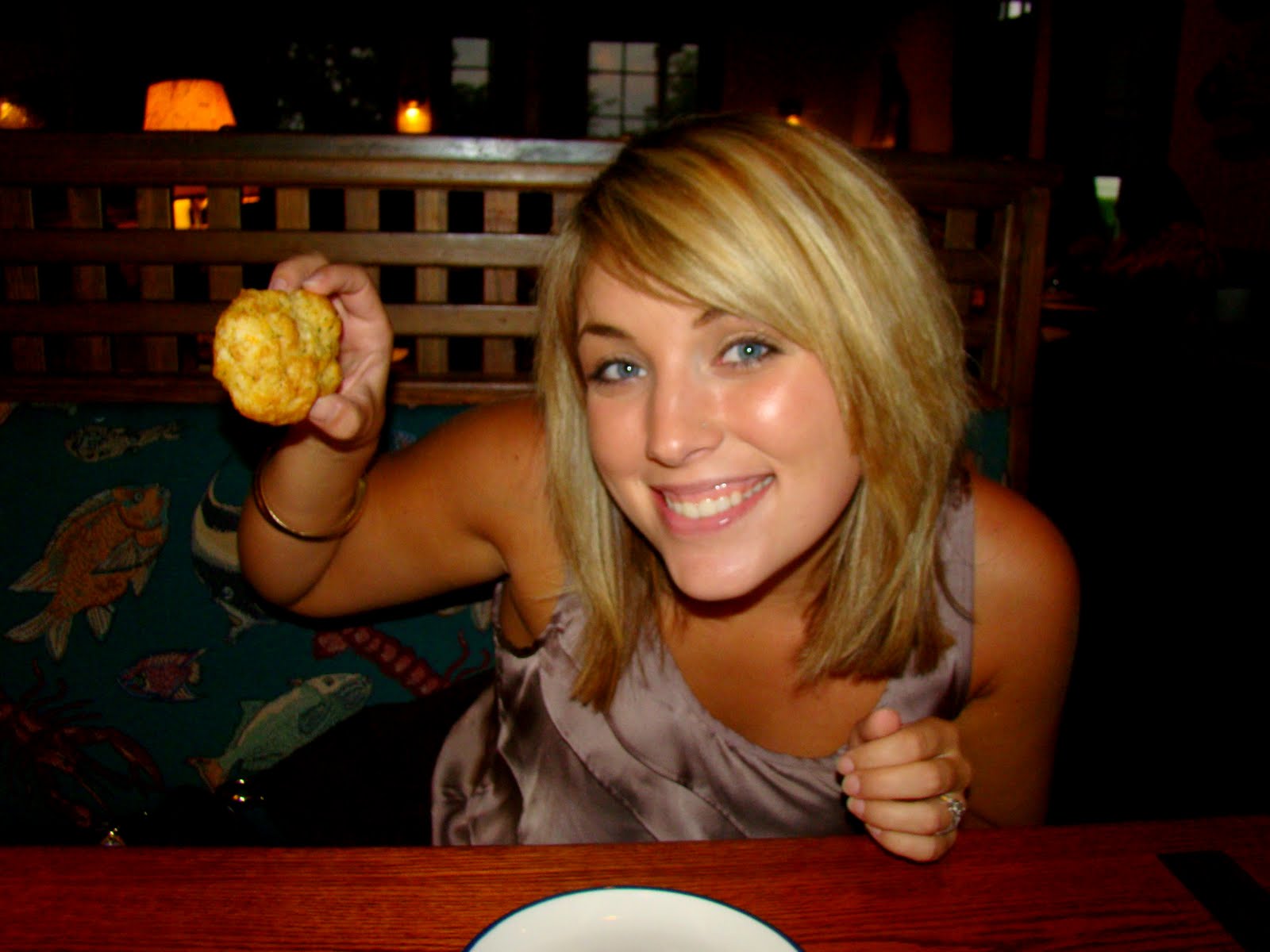 After dinner we headed home and passed a Hollywood Video going out of business. Duh, we had to stop! All the dvds that were left were 98 cents or 48 cents! They were mega picked over but we had fun laughing at the movies that were left. We ended up buying 4 of them because we figured they’d make good airplane movies on the way to Cancun for our anniversary trip the next week! We bought: November

(this has to be awful as they had like 100 of them there but it has Ben Stiller so we’ll see), some basketball movie Zach wanted and Spread 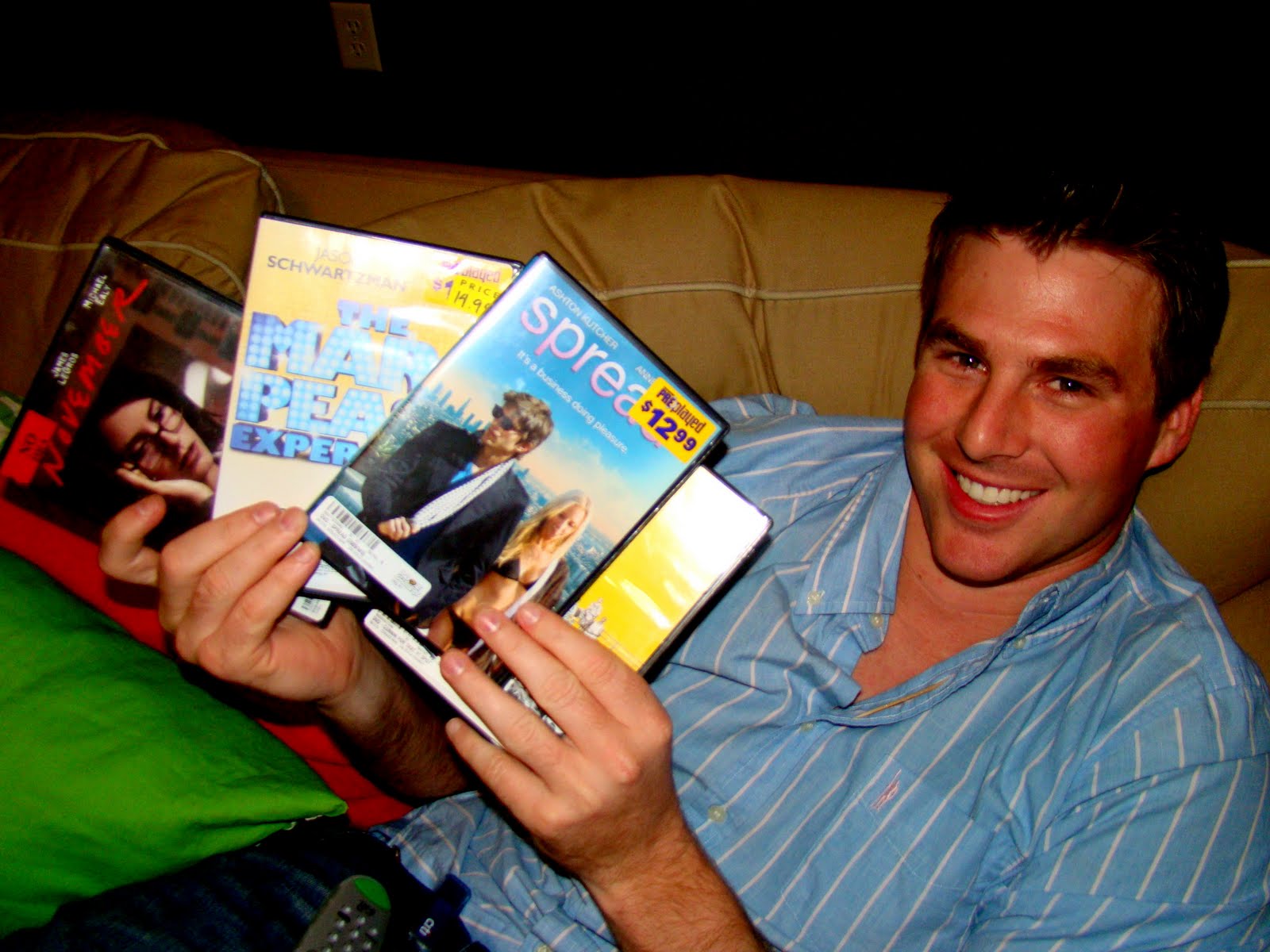 Even with some not-so-great-things (IHop not having my fav meal and my dumb tooth) it was still a GREAT day thanks to my AWESOME husband. I know all you ladies are totally jealous that I have a good looking guy who treats me so great 😉 Too bad he doesn’t have any brothers or I’d hook you single ladies up for real!