Kye’s school Easter party fell on a really crazy week. The day prior we had his pre-op in Tifton for his surgery and that Friday we left for Casey and Jordan’s wedding. Since Mrs. Charlotte had already come t my house to watch Britt for Kye’s appointment and she had a mega stressful week with the wedding…I did NOT want to ask her to watch Britt again for the party. But, at the same time, I didn’t want to miss the party either. I know how much Kye loves having me visit school and how disappointed he’d be if I wasn’t there when other parents would be.

The party started at 10 which is right in the middle of Britt’s nap. Luckily, Zach ended up being able to drive Kye to school that morning so I could focus on hardcore playing with Britt and putting her down early. I knew she wouldn’t fall back to sleep in the car seat (duh) and that it’d be too crazy once we got to school for her to sleep so I just didn’t stress over it. One nap won’t kill her (see…I’m more slack after having two right?). The school asked parents to bring a snack if possible so I made these Goldfish Carrots…SUPER easy and I liked that they were something less sugary than the typical party food. You can see how to make them yourself (although it’s pretty obvious right?!?!) here! 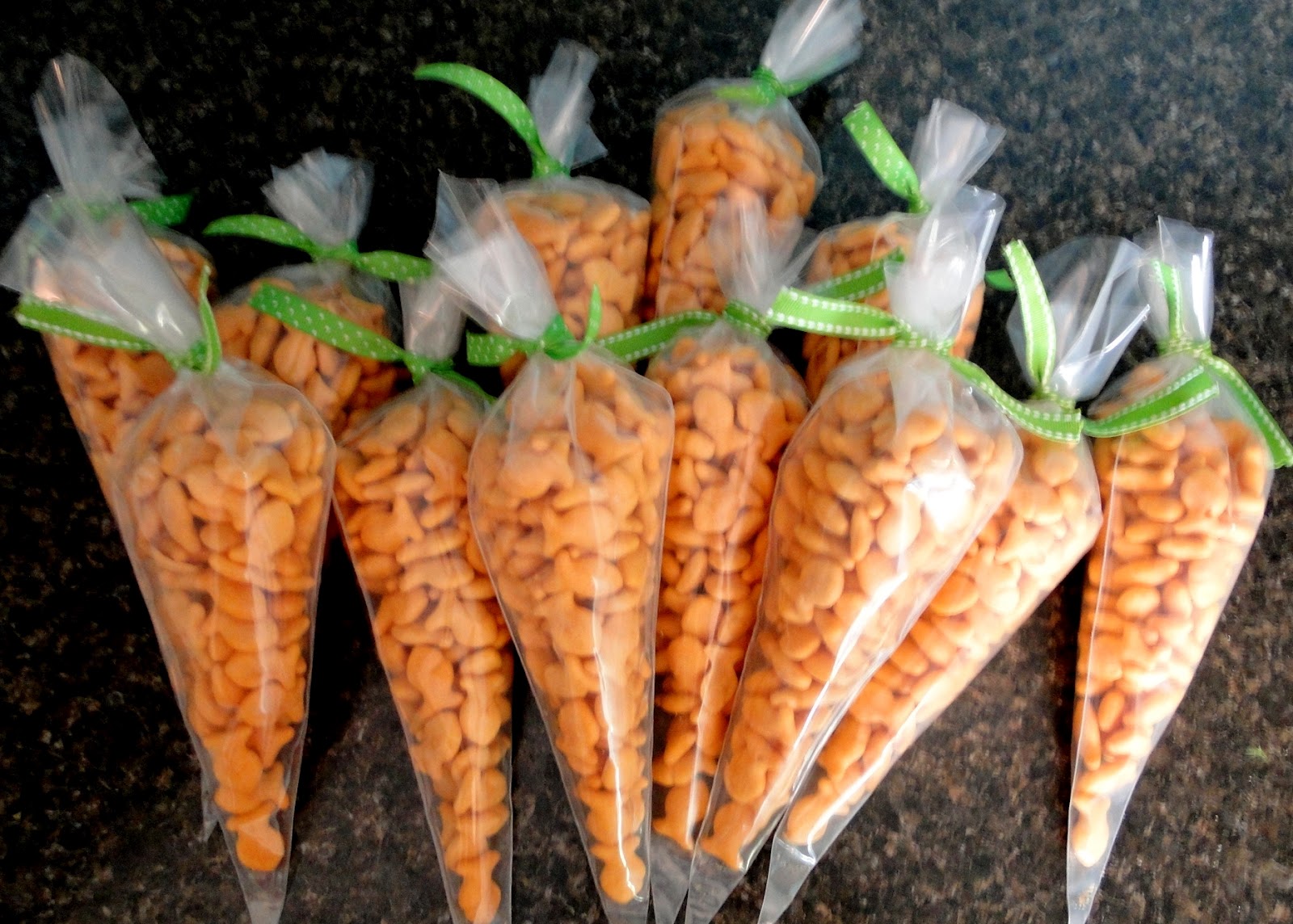 We got there about 10 minutes late. I felt bad but it was hard for me to wake Britt up so early!!! I’m kinda glad we were late though because when we got there the other moms were finishing up hiding eggs on the playground…kinda glad I missed out on helping with that 😉 Kye was thrilled to see us and they started off the party with an Easter Song about Jesus (which I took a video of here). Up next it was time to eat… 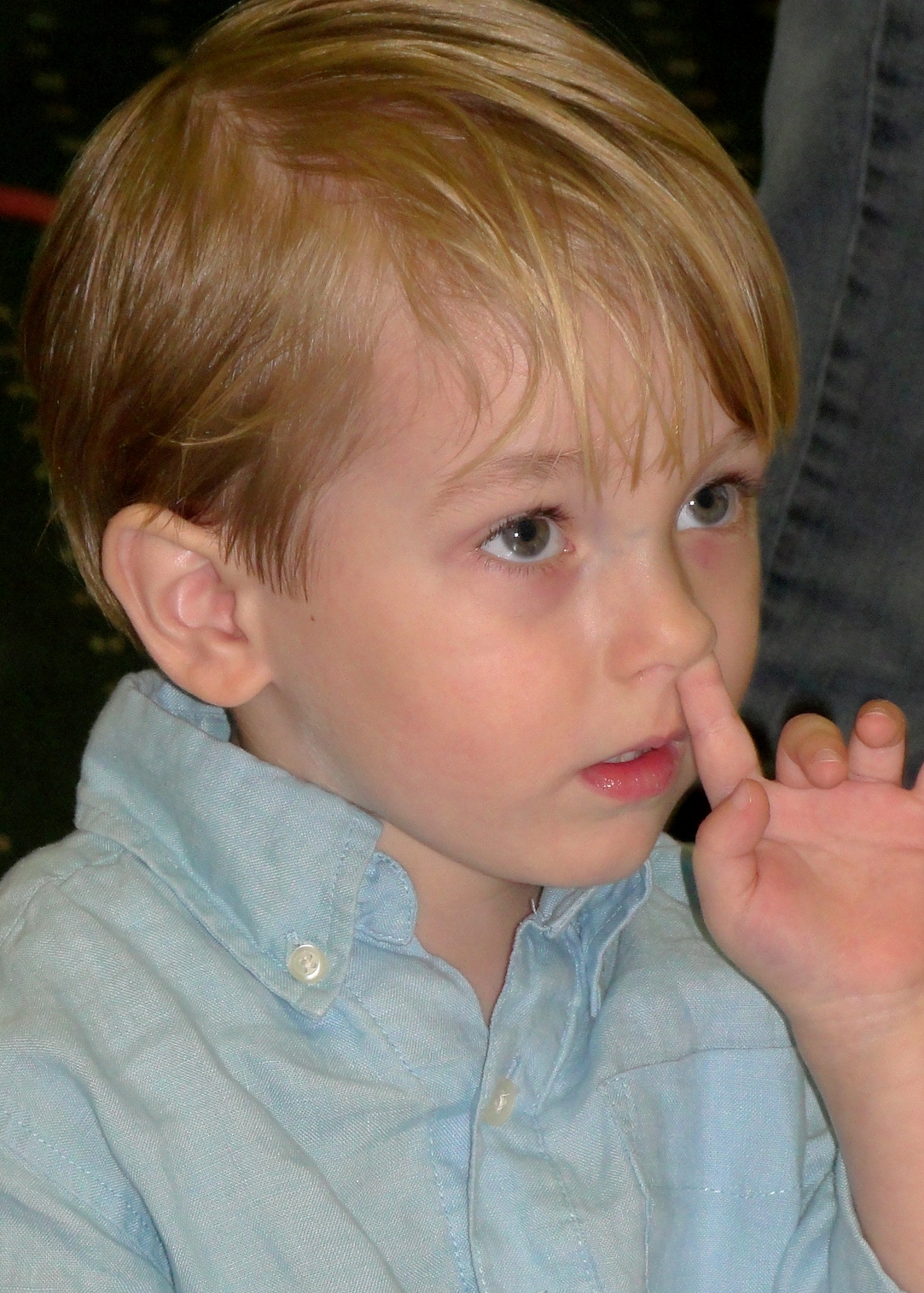 Praying for the food 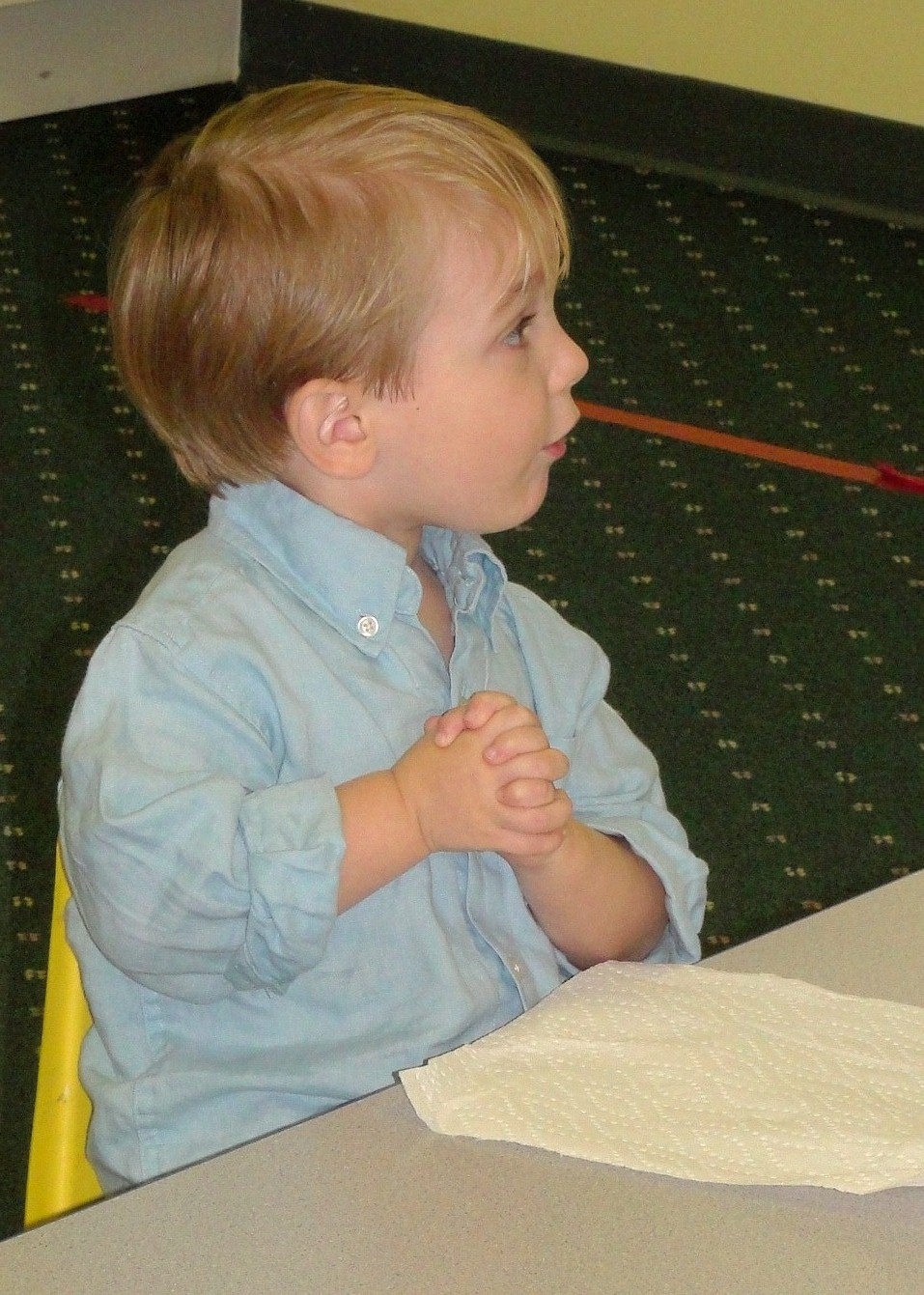 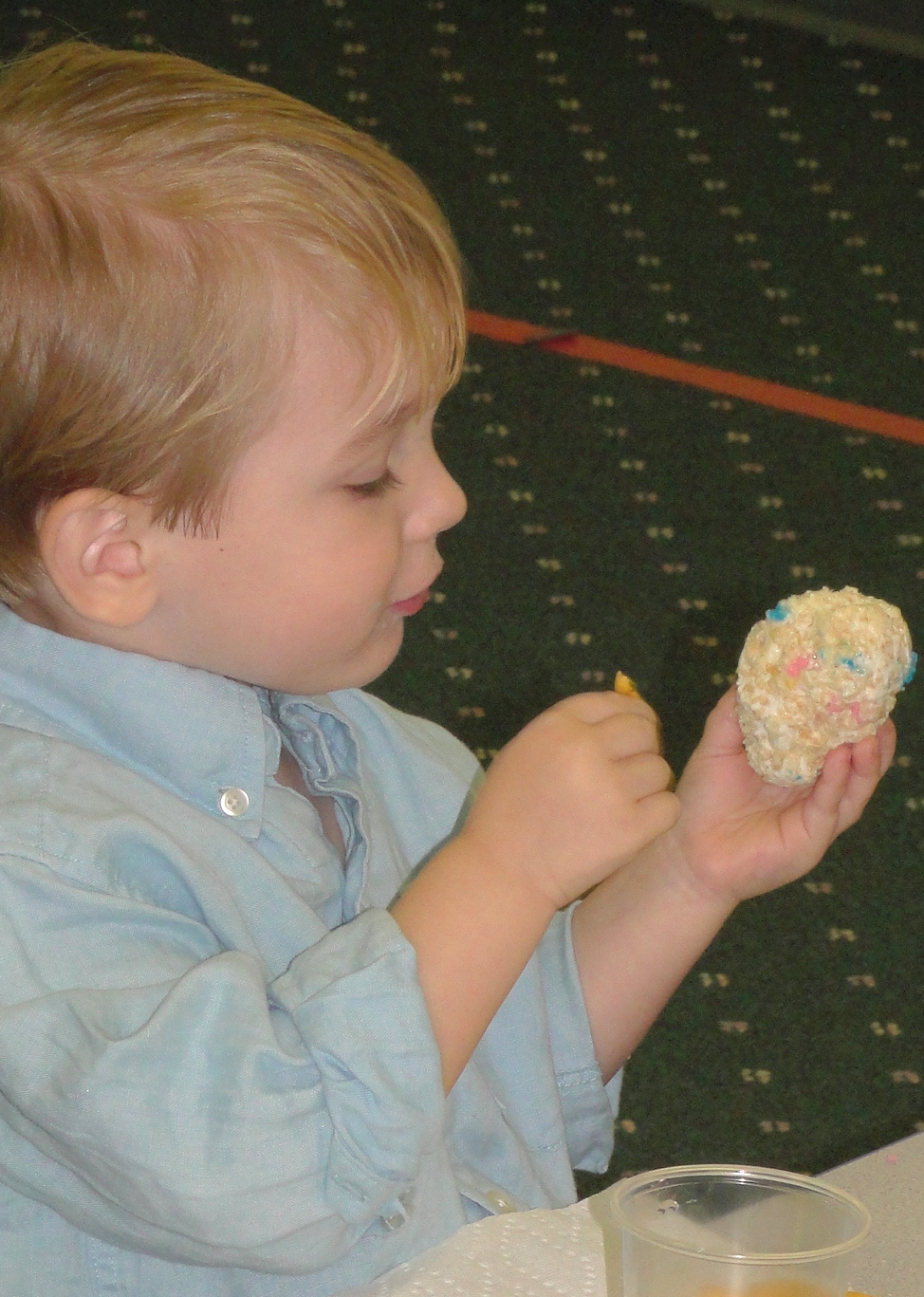 All the kids had brought their hunting baskets to school with them and when they went to get theirs Kye swore up and down that the football one was his. Poor kid…his mama wouldn’t ever buy one of those baskets haha. I did feel a little guilty that he has the cutesy Pottery Barn one over a “cool” one! Oh well! These baskets ain’t cheap so it’ll be the ONLY one he has!!! 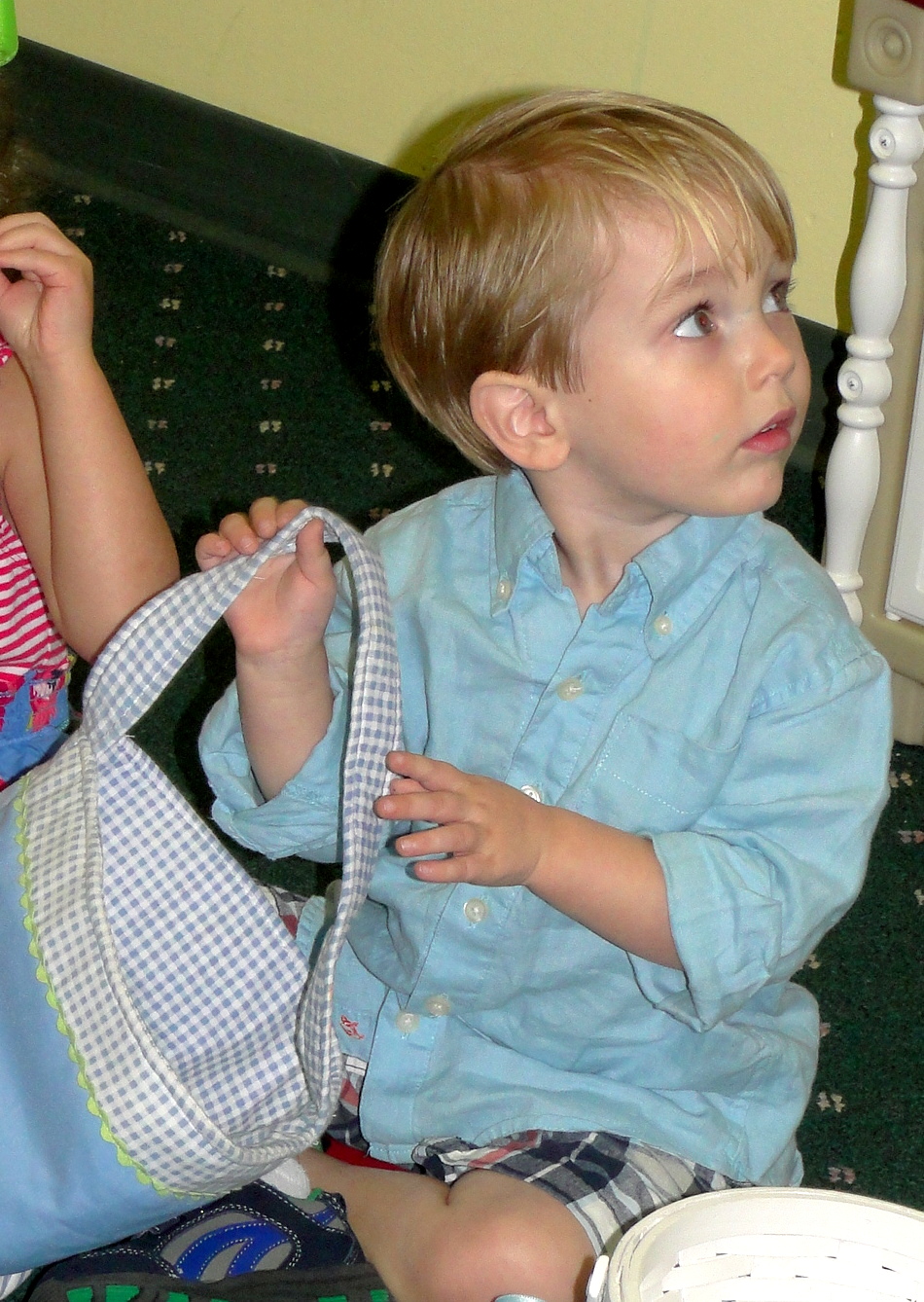 Lining up to hunt the eggs! 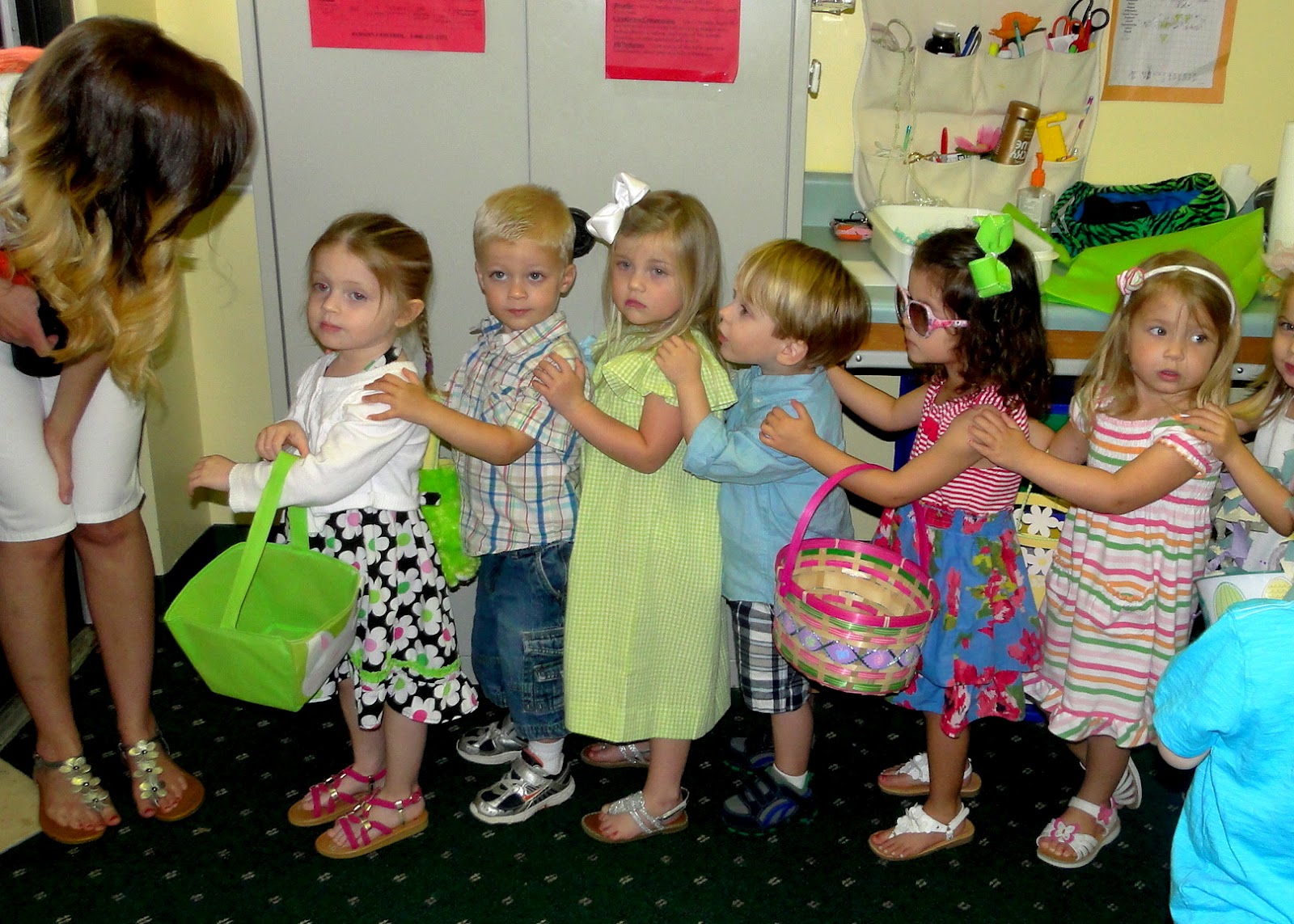 I love how they all lined up, so precious 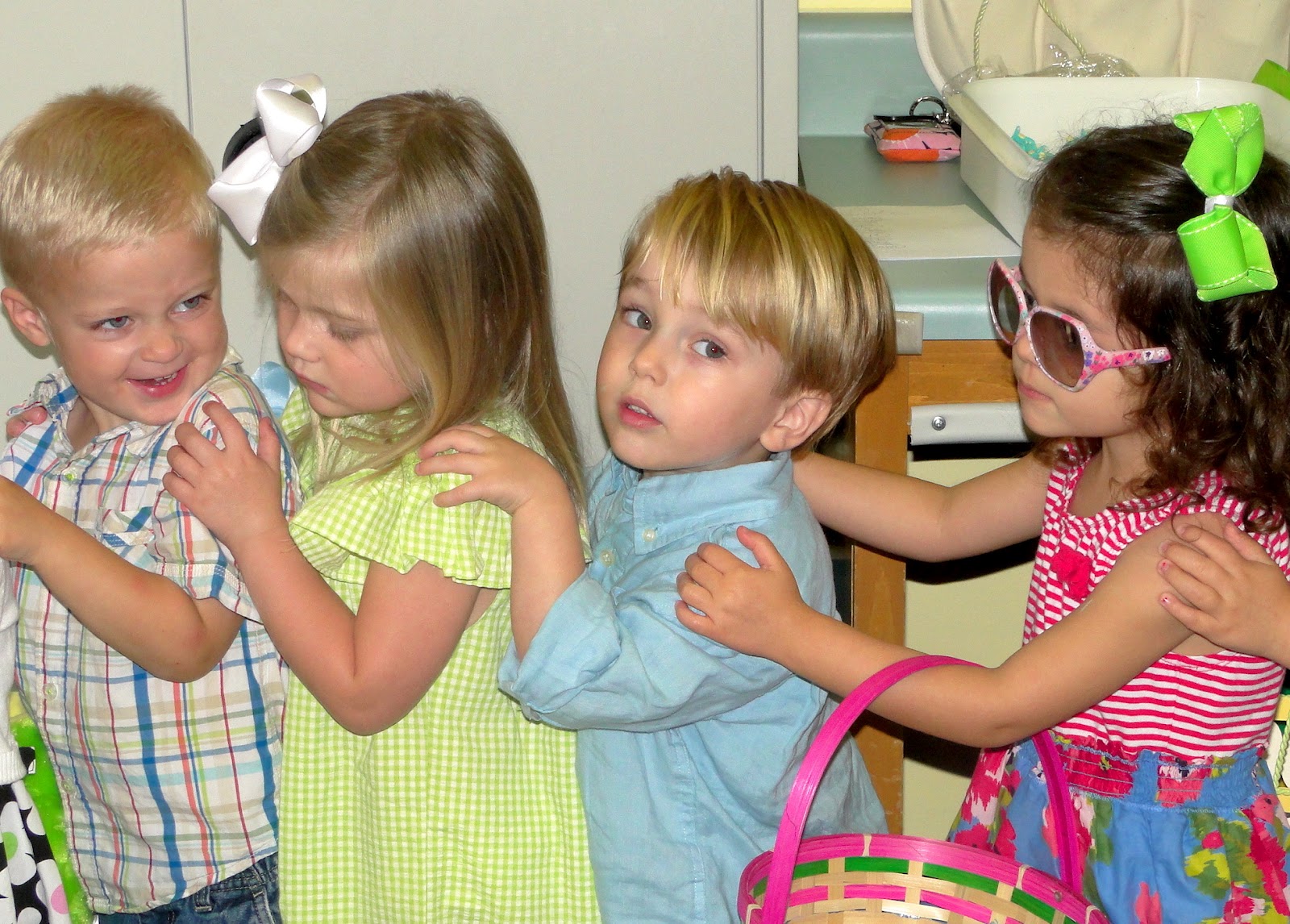 One of Kye’s teachers was really sweet to offer to hold Brittlynn so I could enjoy just Kye. It was wonderful! I was able to hunt with him without worrying about the sun in her eyes, her puking on me, trying not to drop her, etc. I think Kye appreciated the quality Mommy time too. He doesn’t get it quite as often as he used to! 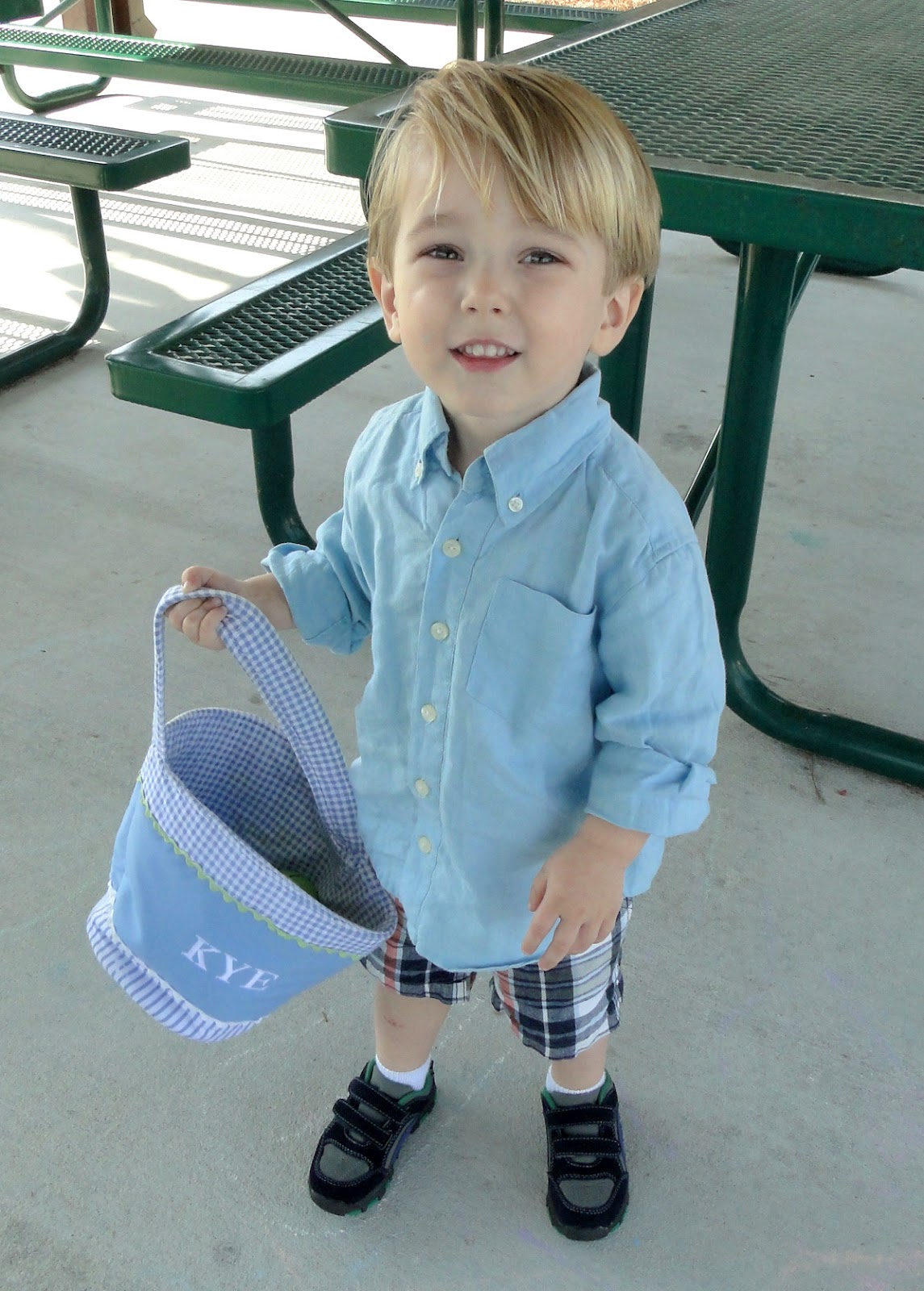 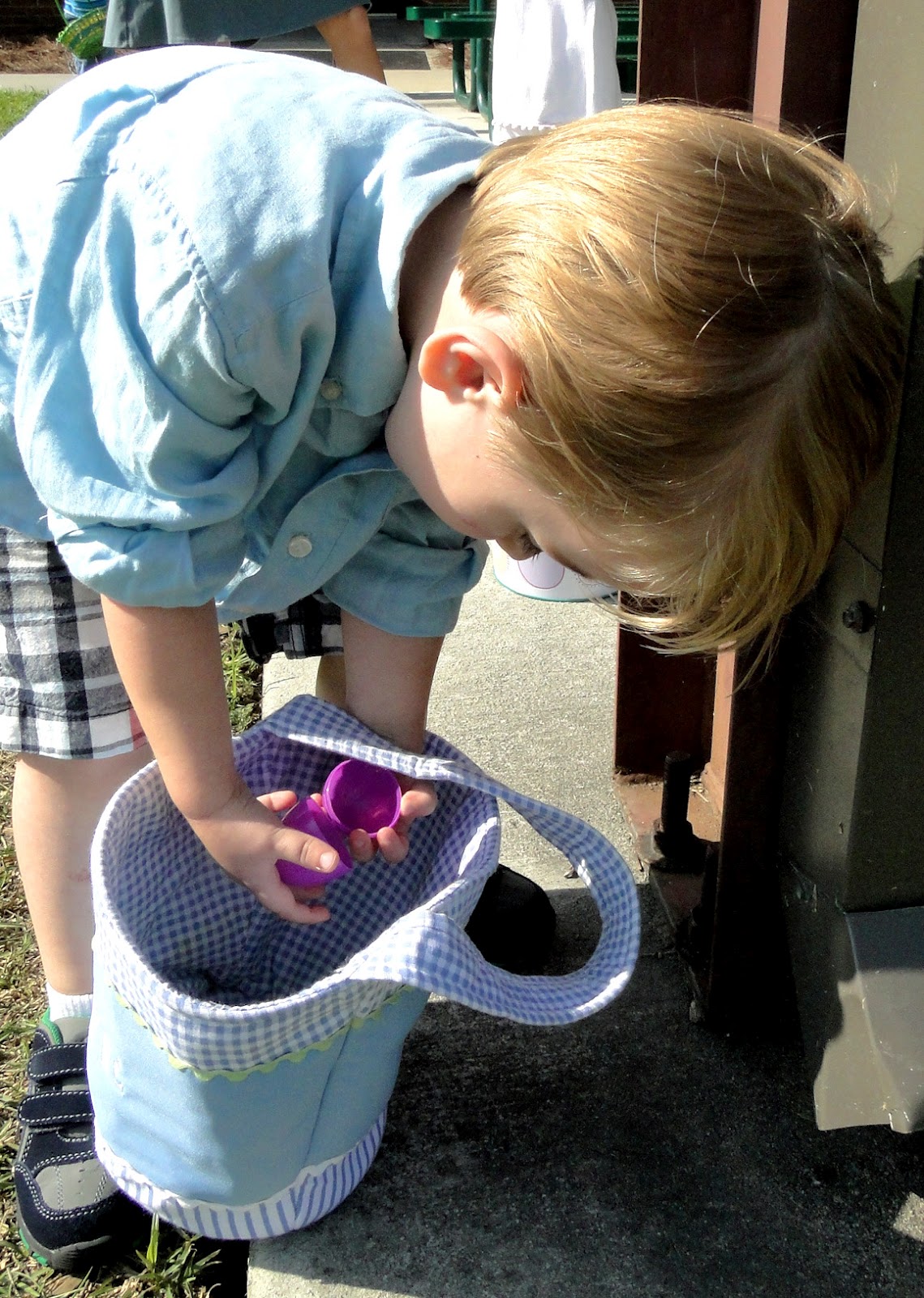 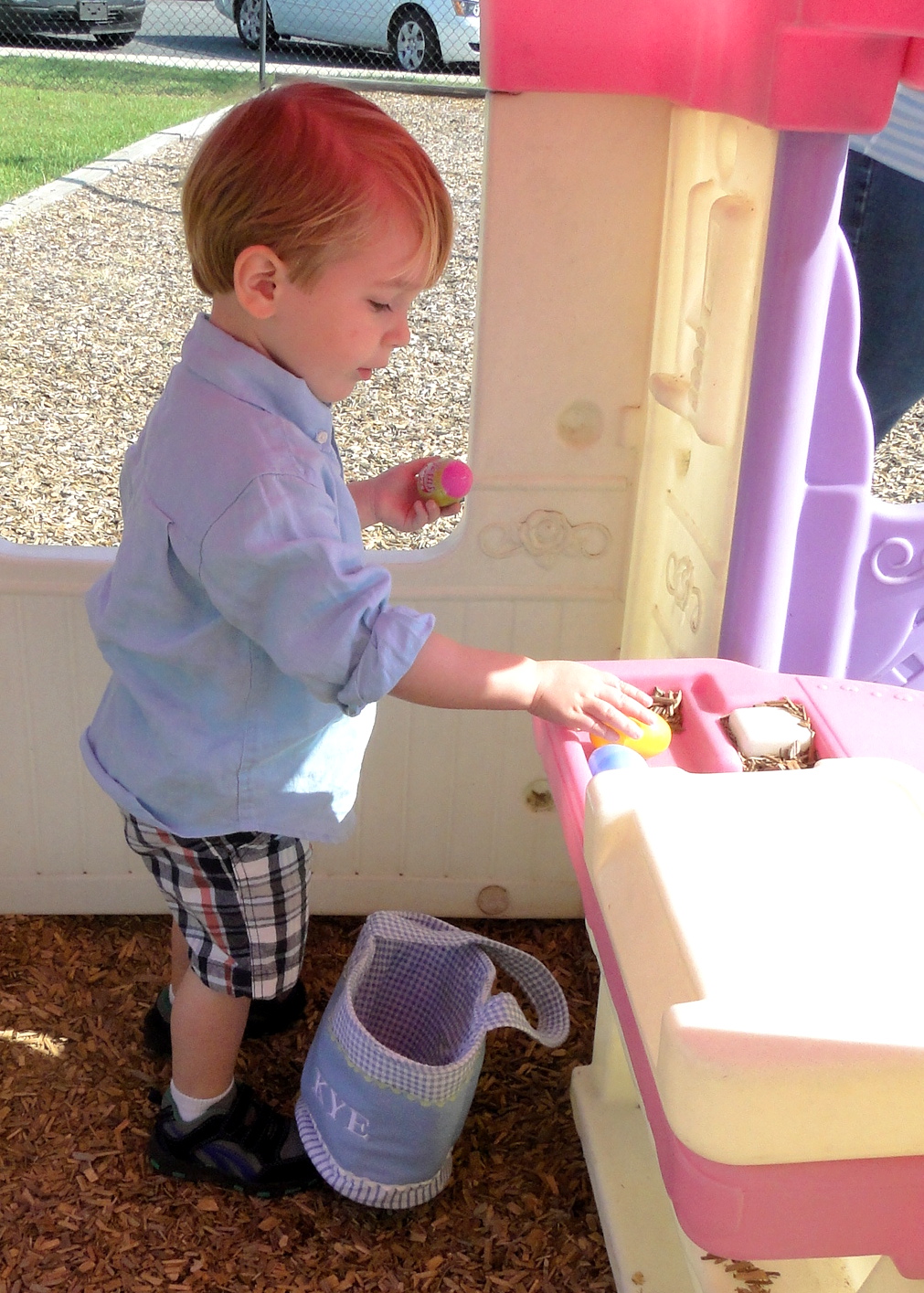 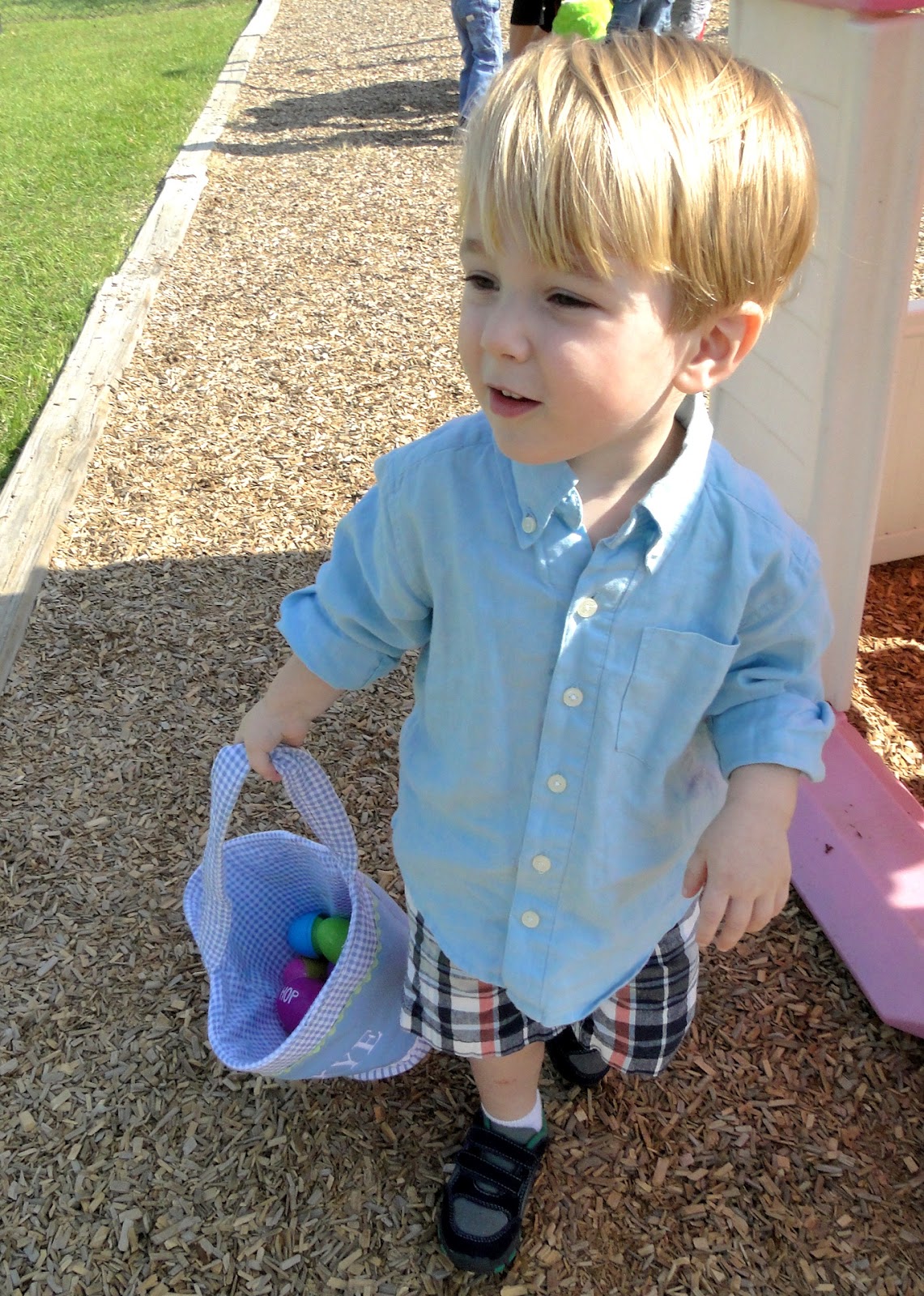 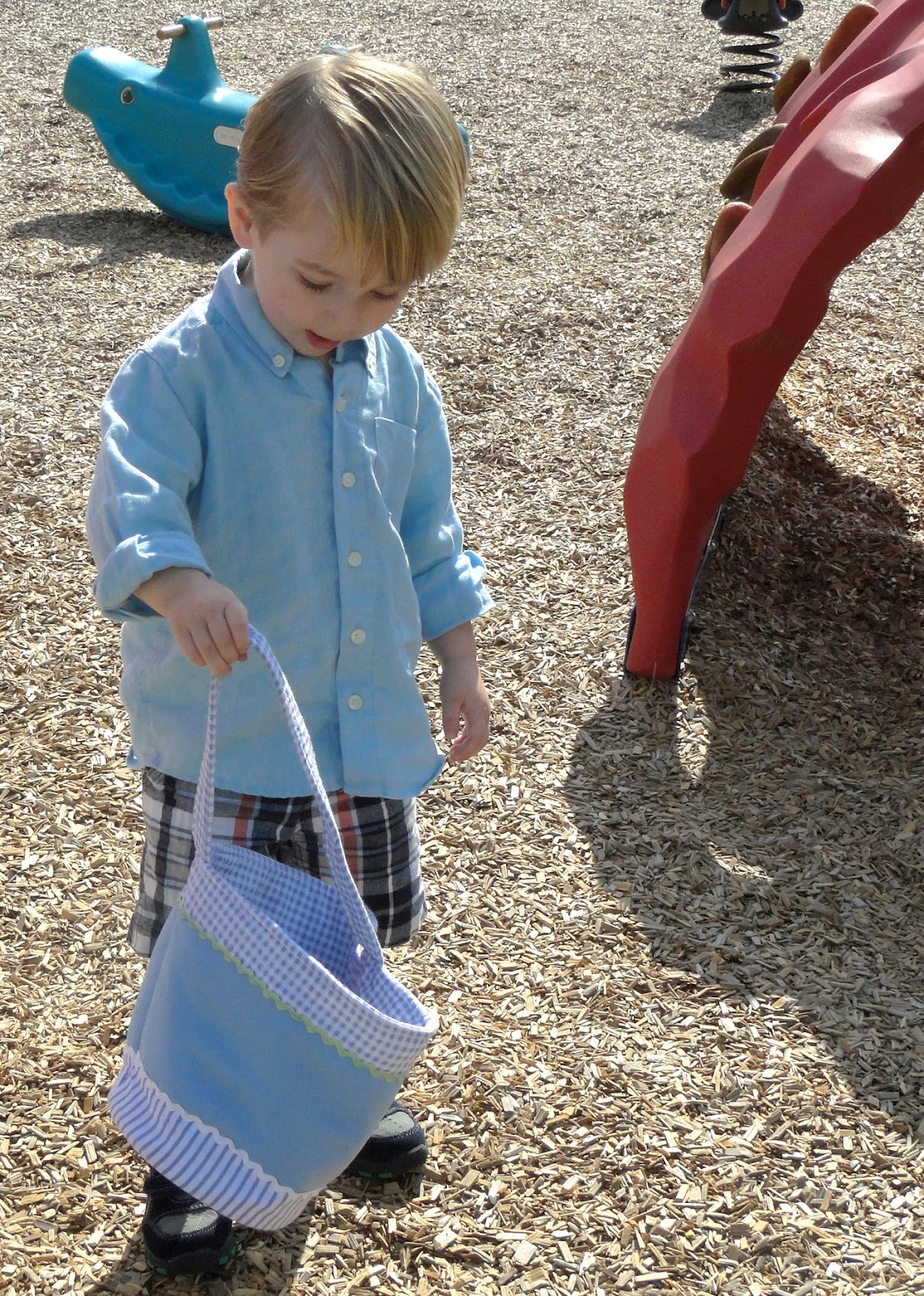 After the hunt we all played outside and parents took their kids whenever they were ready to leave. I had to feed Brittlynn at 11:00 so Kye stayed and played. It worked out well as I was able to sit in the shade and feed her and Kye was still able to play with all of his school friends.

Tell me they aren’t the most adorable “couple” ever?!?! Kailyn came over and asked for this picture! 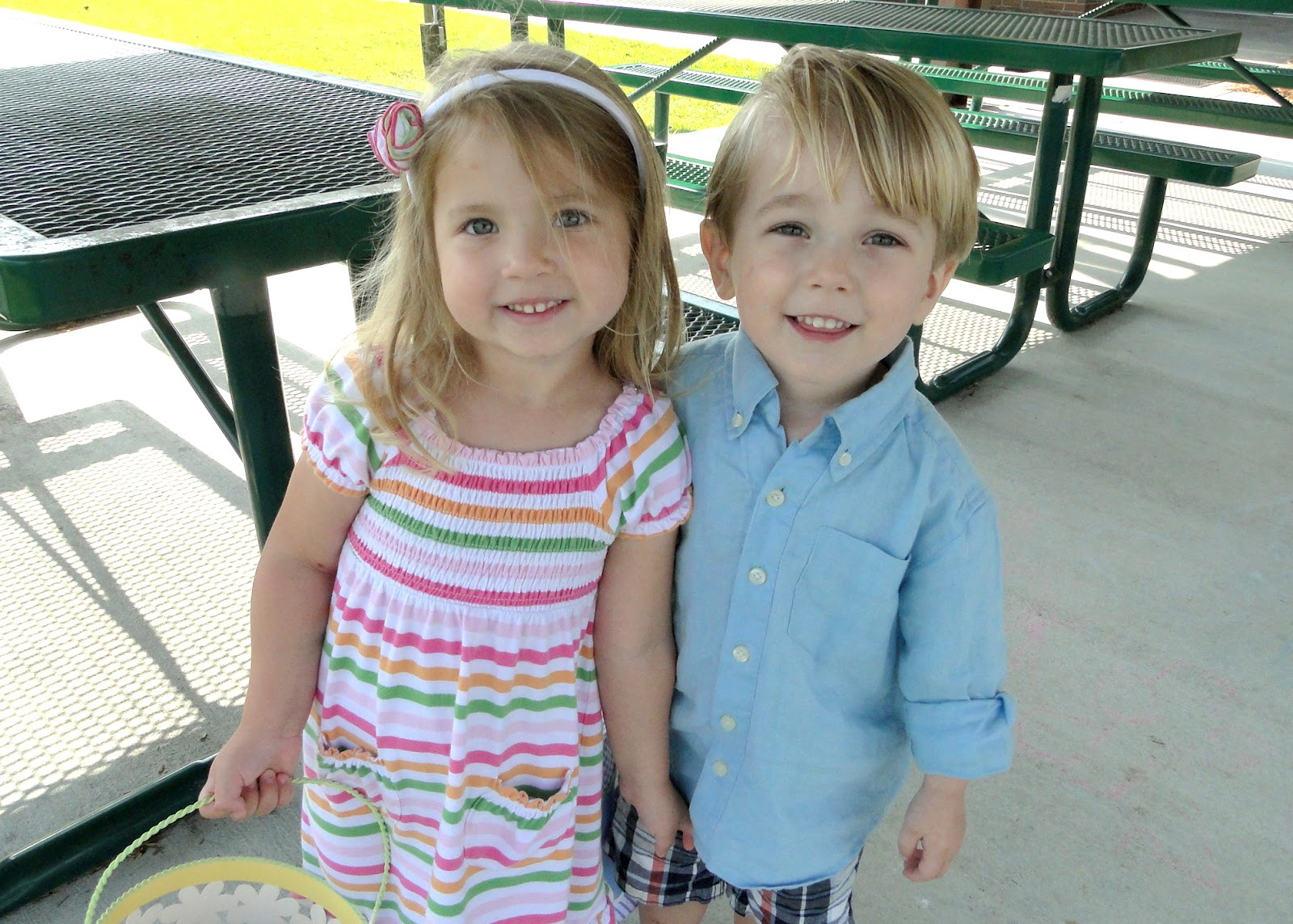 As we went to leave it was really cute how so many of the kids wanted to say bye to Kye. One girl (surprisingly not Kailyn haha) ran by the fence the whole time we were walking continually saying bye to him and blowing him kisses. He’s got swagger, what can I say? 😉 We really enjoyed the party and Kye had a great time having his sister and Mommy there! When we got home they were both in such cute moods that I couldn’t resist snapping a couple of pictures of them together! 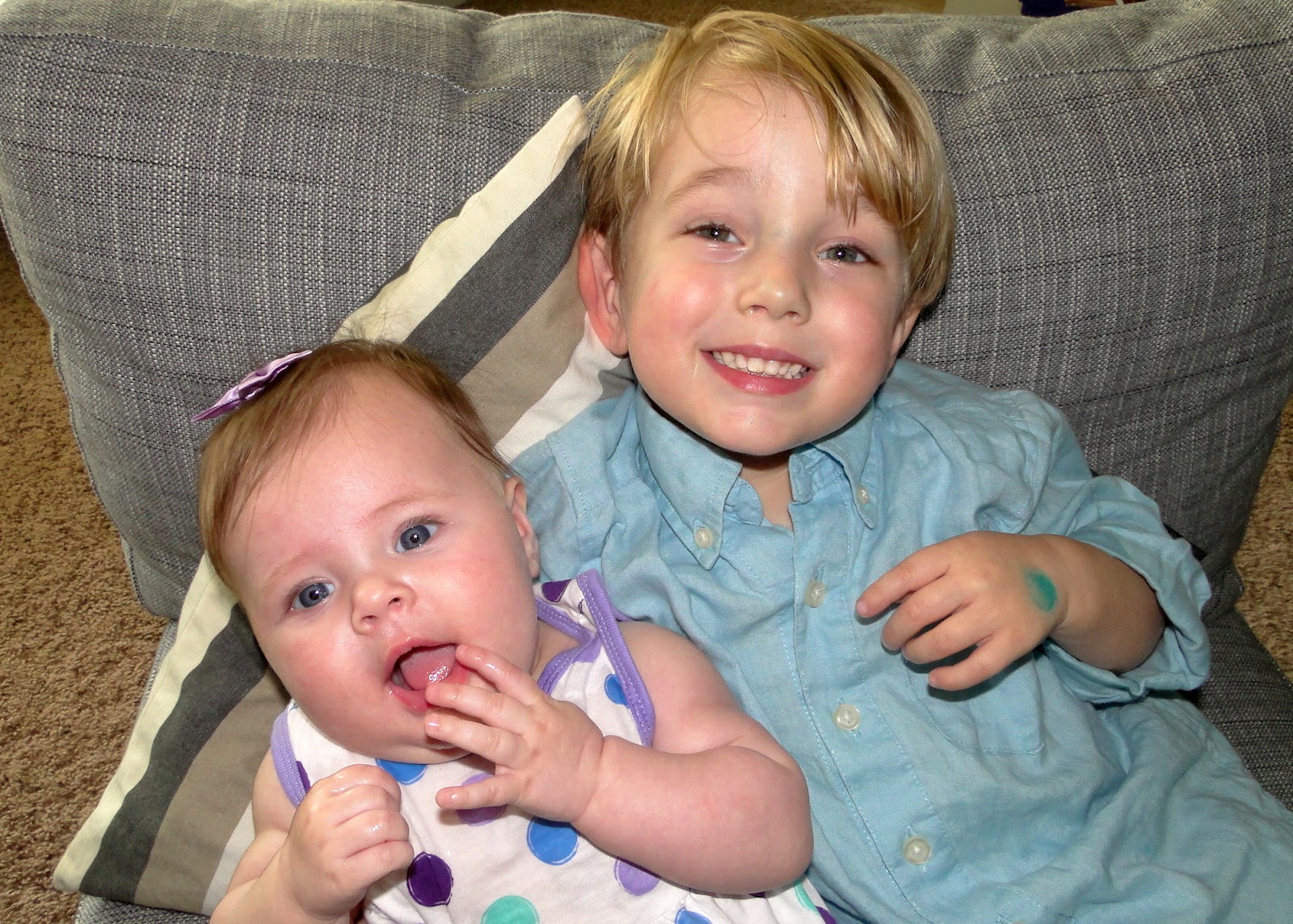 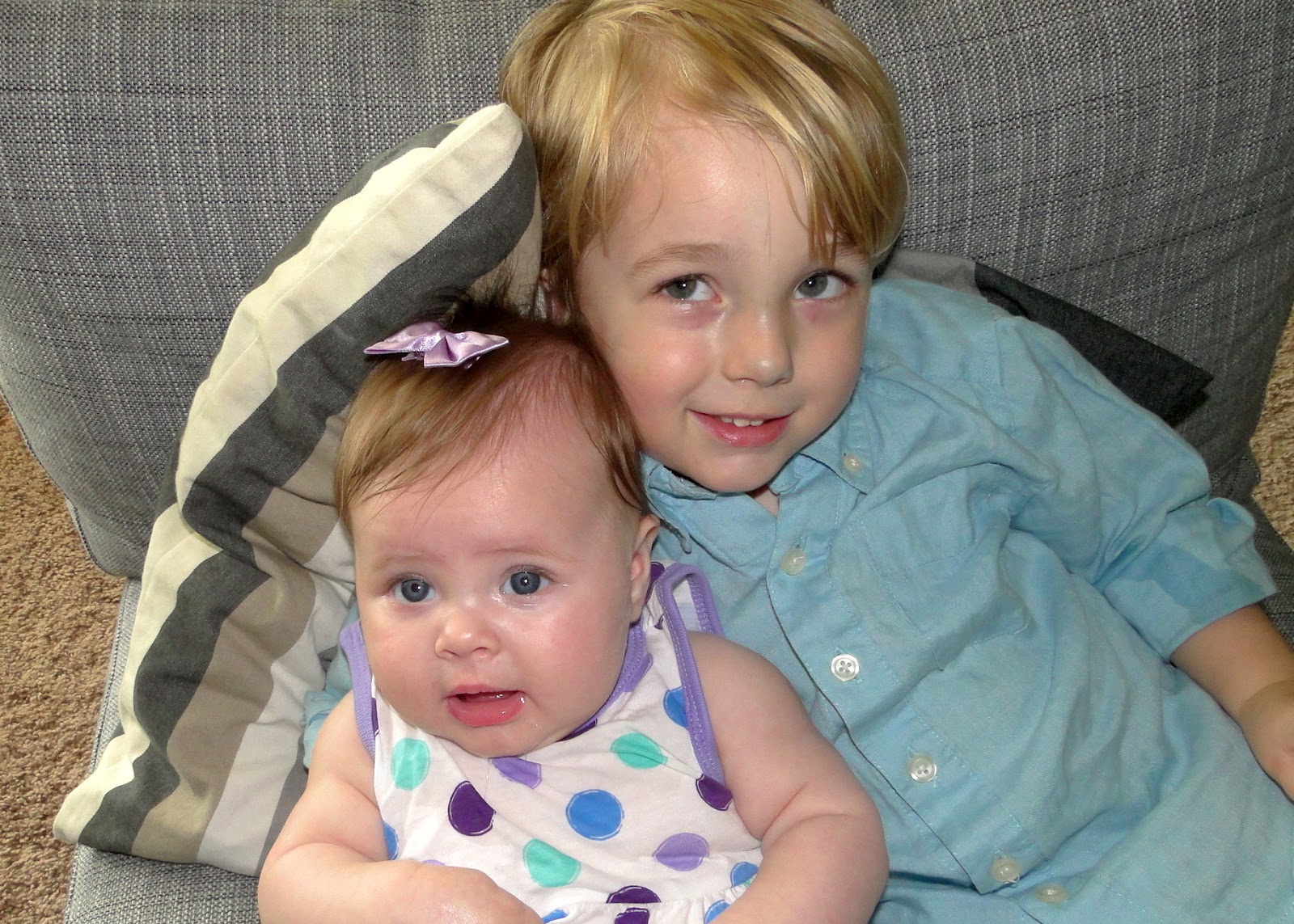 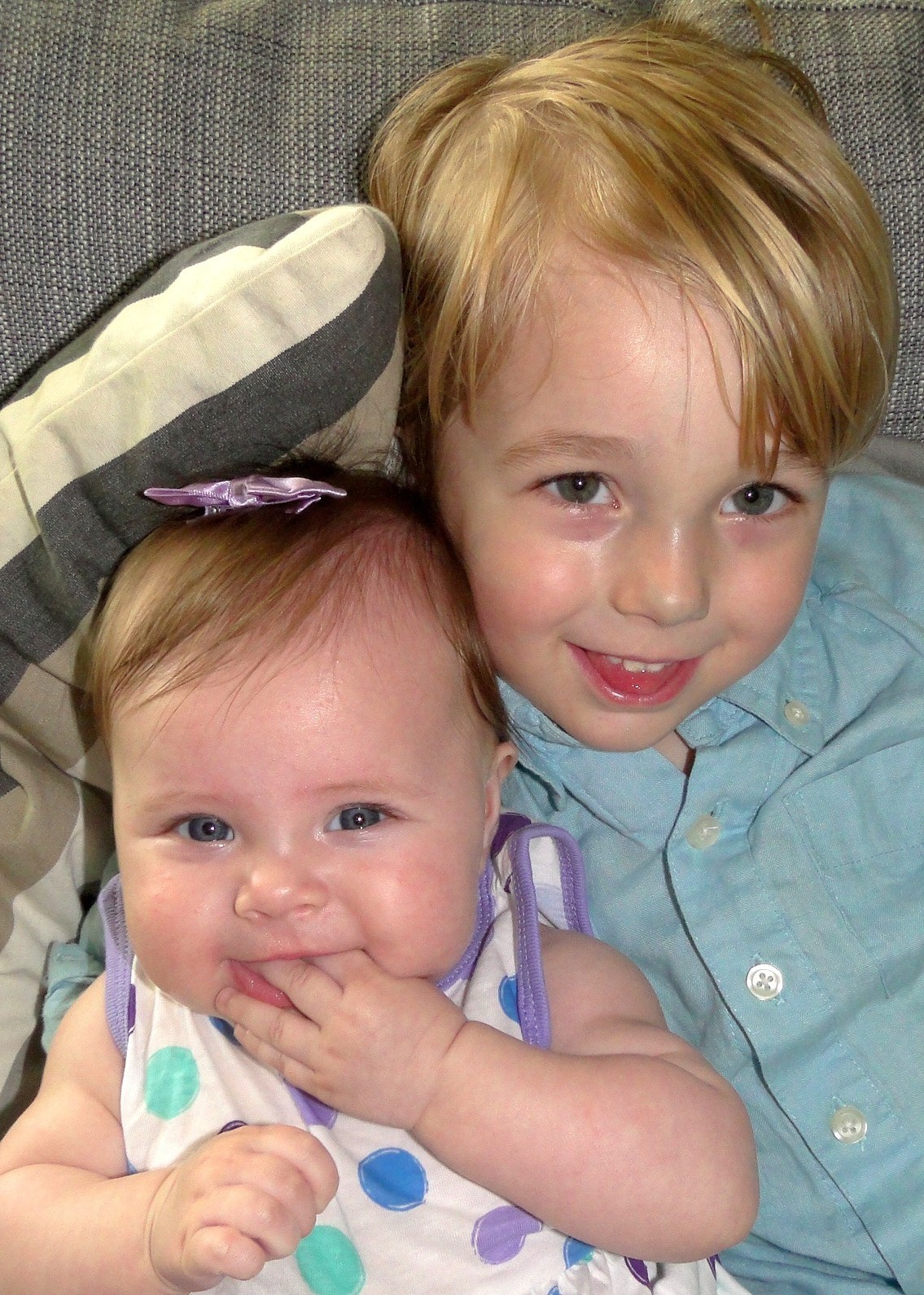 And how about one of Mommy too? I’m always left out 😉 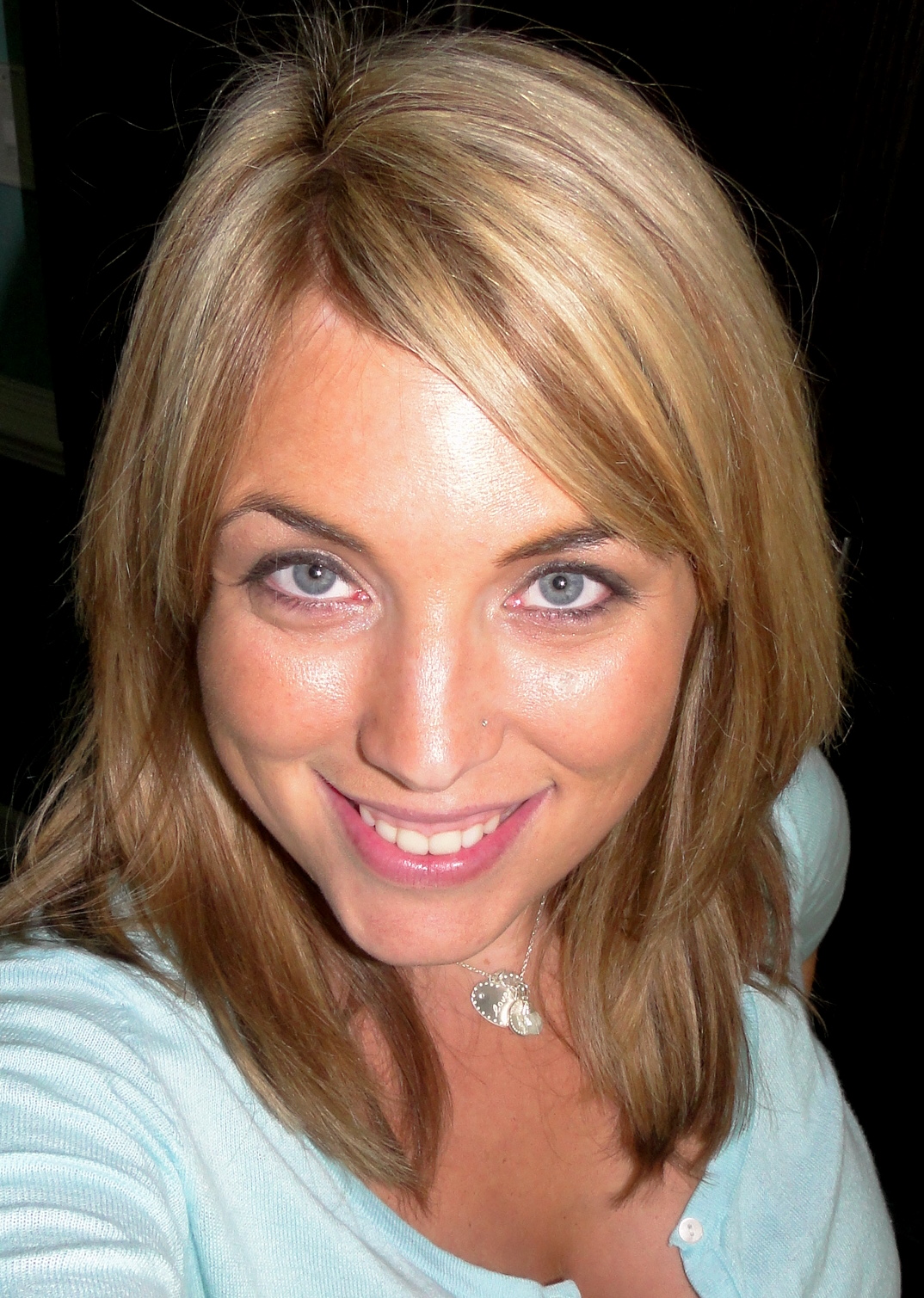