As you know, I LOVE the Babywise Book Series

has been a great resource for me since Kye officially enter the world of Toddler living. I love how the books are all based around the parent (not the CHILD) being the parent and acting as the decision maker in the child/parent relationship. Naps are not an option in our household. When nap-time comes, Kye must go down. It’s that simple! In Toddlerwise they recommend a child transition from three naps to two naps around eight months old then from two naps to one nap somewhere between 16 and 18 months old. Many people I know drop their child’s nap around one year old. I kinda felt silent pressure that it was TIME to drop Kye’s morning nap before I actually felt in my heart that it was time. So many fun things go on that we haven’t been able to take part in due to Kye’s morning nap. I was beginning to be annoyed by it when I read an AWESOME blog entry that the Babywise Blog Lady wrote regarding the importance of sleep. You can read it here (it’s a life changer!). After reading that I decided that Kye needed that sleep and it wasn’t my place to rob him of it before it was time. 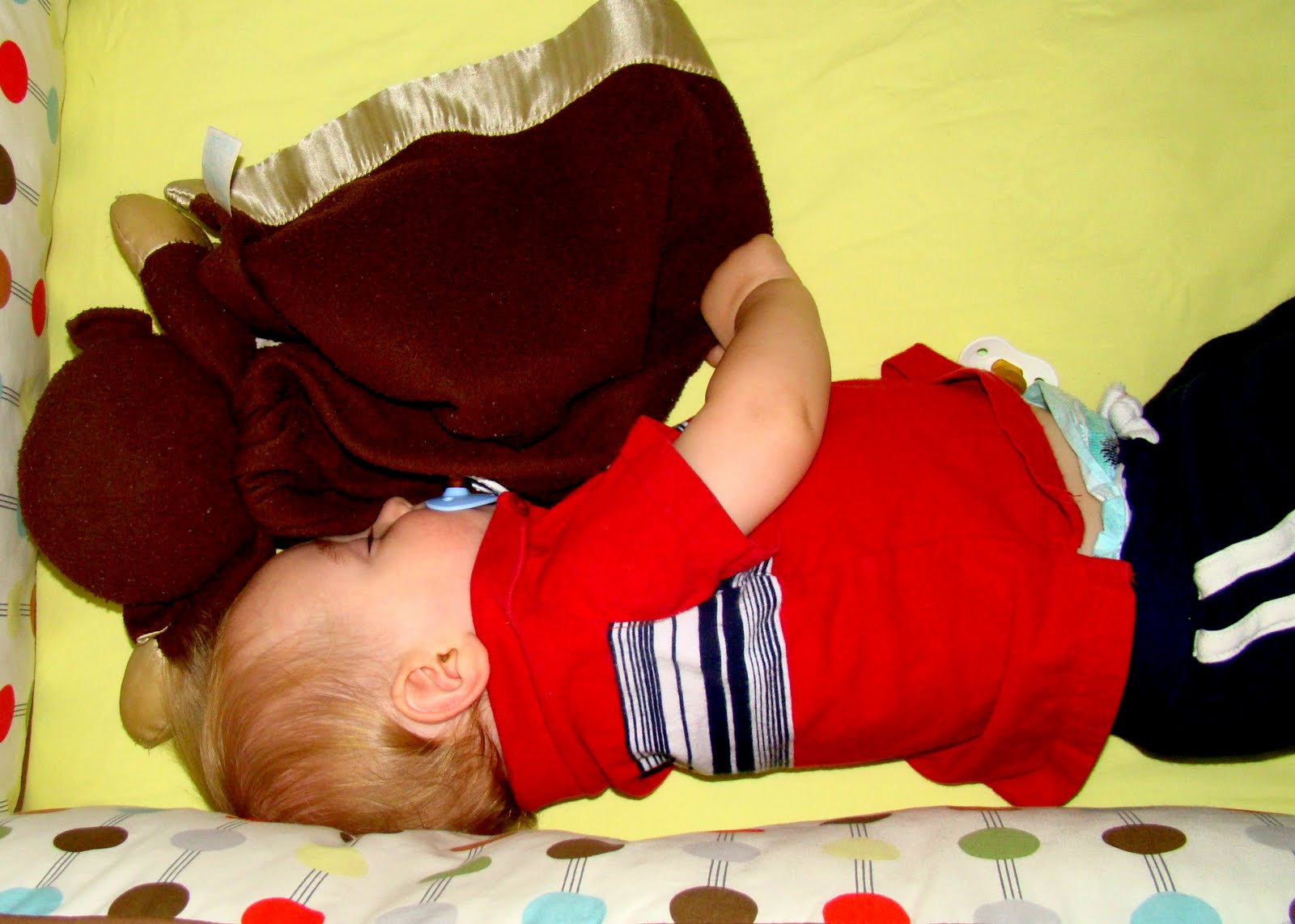 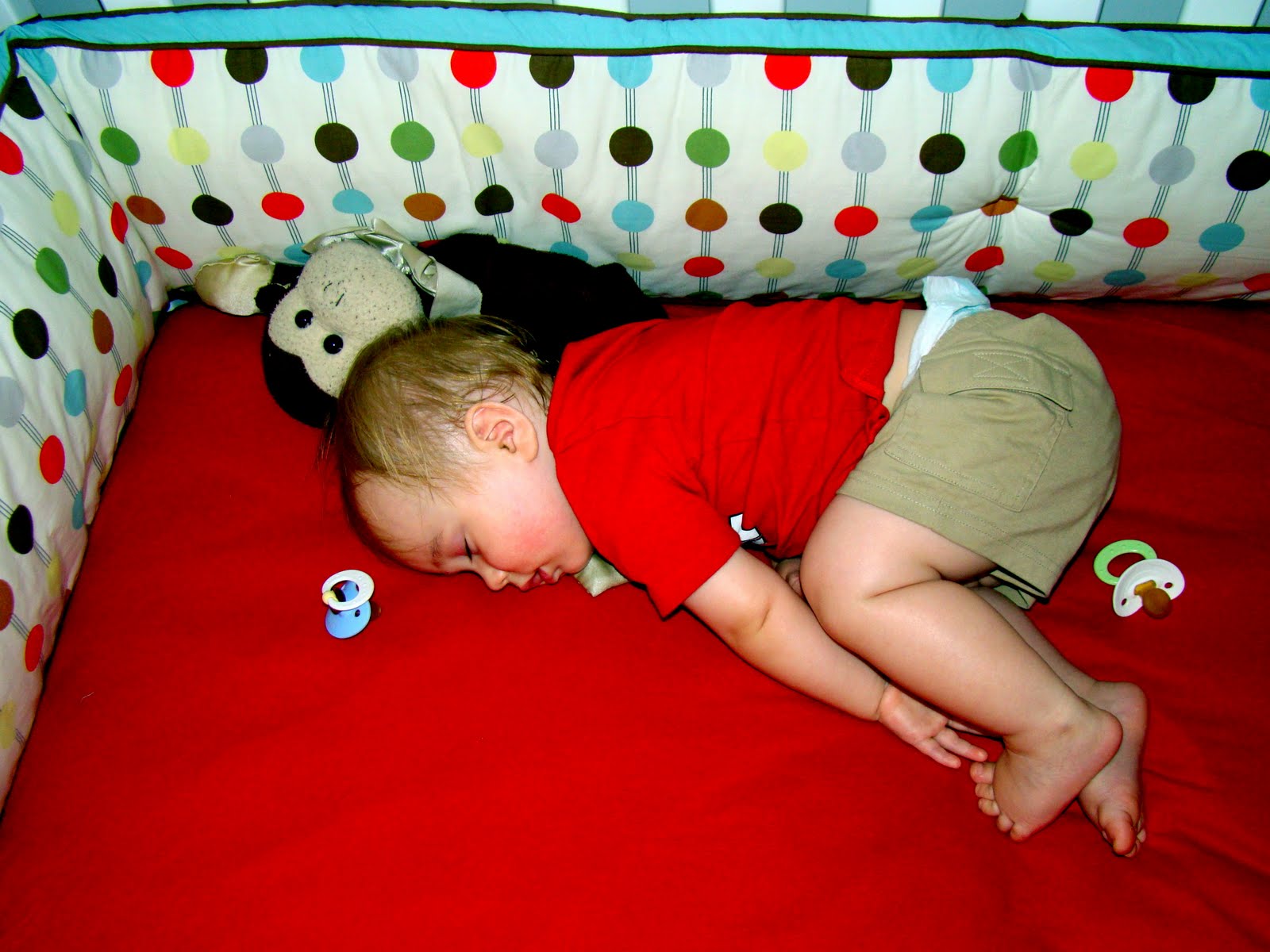 The poor kid would go down at 10 and I’d turn around and wake him up at 11 for lunch (what would be the point of putting him down later if I just let him sleep later? the whole goal is getting him to sleep LESS for the morning nap!). I’d have to hardcore wake him up at 11 and I have NEVER seen my child so angry at me. Every time I’d wake him up he’d be mad…like throwing fists mad. He was sleepy poor thing 🙁 Here’s a video of my grumpy waker (sorry it’s so dark!). Thank the LORD it’s lunch time right after because food always cheers him up 🙂 However Kye being SO asleep did allow me to capture all these cute pictures in this post of my sleeping child! So it was kinda worth his temper haha 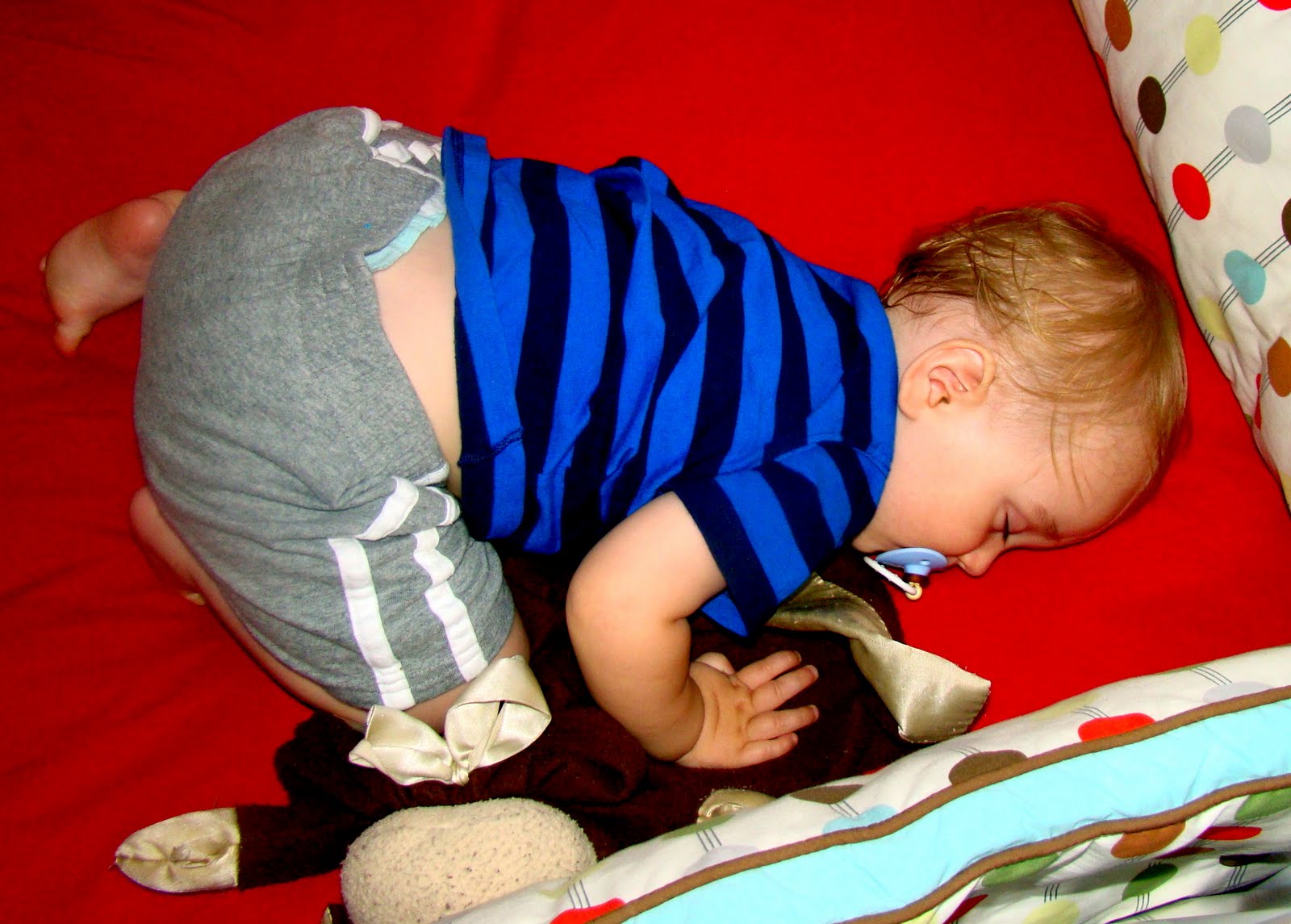 On Sundays we have started to have him skip the morning nap all together (you can read more about that on this post about our Sunday Routine) and he does fine with it because Sundays are SO busy that he isn’t able to be fussy and whiny. A couple Sundays ago (June 27th to be exact) we decided that it would be the Sunday that we officially dropped the morning nap. Why not drop it for real on a Sunday when he needed to skip it anyways ya know? Well of course that was the day I was sick and puked all night Saturday so Zach did a good job of taking him to church for me and helping keep him entertained until nap time. Then the next day I still didn’t feel 100% and when Kye begged and bawled at his crib BEGGING to be put to sleep at 10:15 I let him. He didn’t sleep well for the afternoon nap that day but I was too out of it to worry much with it. The next day (Tuesday the 29th) Robyn invited us to take part in a photo shoot they were having for Lorelai so duh we went and it happened to fall during Kye’s morning nap. He had a GREAT time playing with the kids (hopefully there will be pictures to come sometime soon!) and it kept him occupied throughout his nap time. Score! 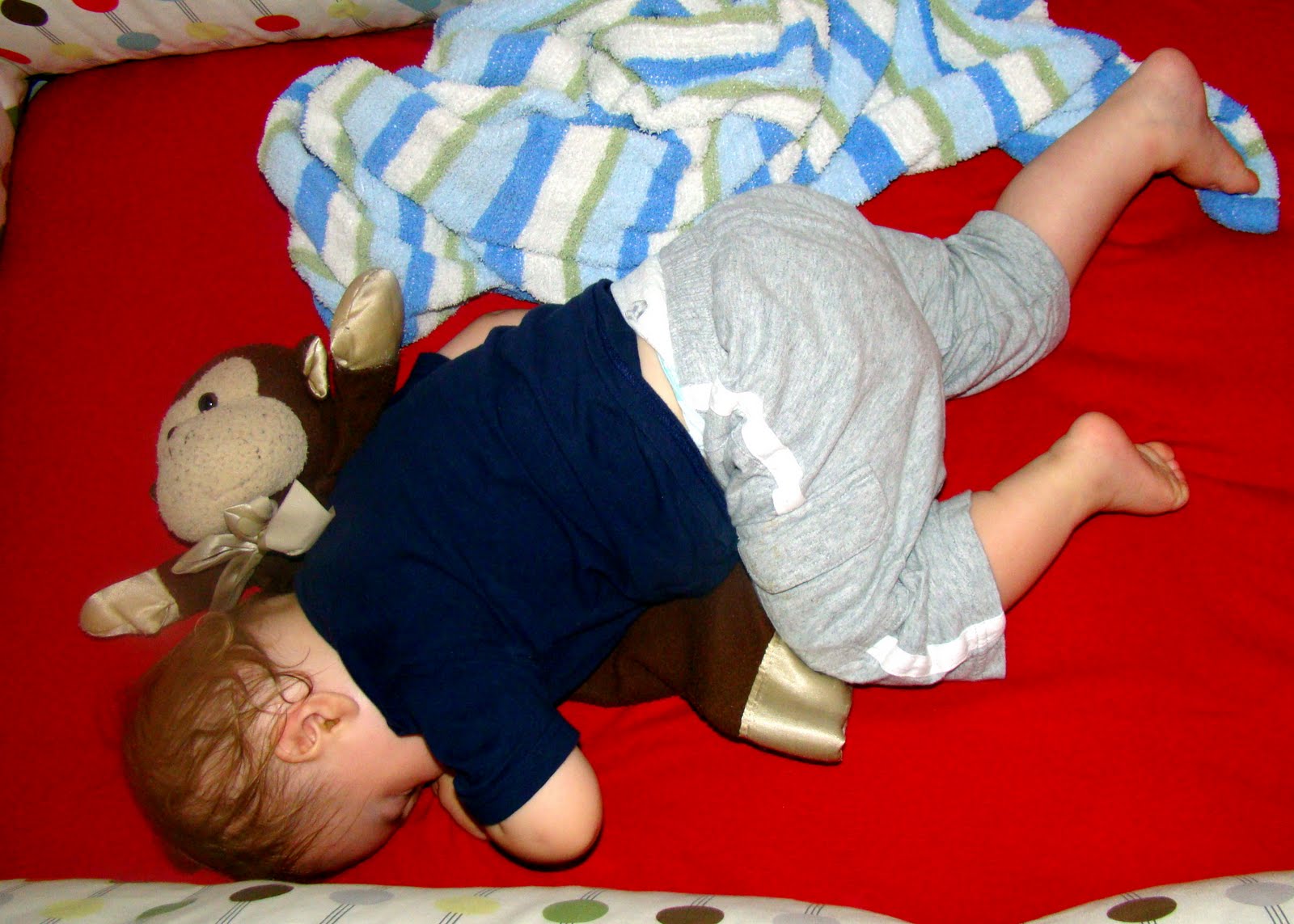 Since that night was Twilight Night I was practically dead the next day and I kept him busy during his morning nap by cuddling up to watch a movie (post to come about that day). While on our trip to St Augustine we were able to stay busy to keep him awake during the nap no problem and now I’m just finding things to do to keep him away from his crib and from begging to sleep! I know it’ll take a couple of weeks for him to get fully adjusted but it’s time and it’s dropped so we aren’t looking back now 🙂 I’m big about making a decision and sticking to it (remember how I transitioned Kye to formula and to the sippy?) so for this situation I’m standing by our decision for the morning nap to be gone.

Toddlerwise suggests that when you drop the morning nap that you move your routine up by a 1/2 hour so I have moved Kye’s afternoon nap from 1:00 to 12:30. It says once he is doing fine fully staying awake in the morning then I can move the schedule back up but I honestly think I may keep it at 12:30. If I had other children right now then I’d move it back to 1 to keep them all in line (as the book discusses) but since it’s only him I think 12:30-3:30 is a nice nap-time. 1-4 is just too late to me. He eats a snack at 4 then turns around and eats dinner at 6? Yeah right! Plus it makes it impossible to go and do anything in the afternoons so I am kinda liking the 12:30-3:30 idea even though not being on the “hour” annoys me (I’m telling you I’m hardcore people!). Eventually he may not sleep the solid three hours and if it ever goes back to being a 2 hour nap then I’ll move it back to 1-3 for sure 🙂 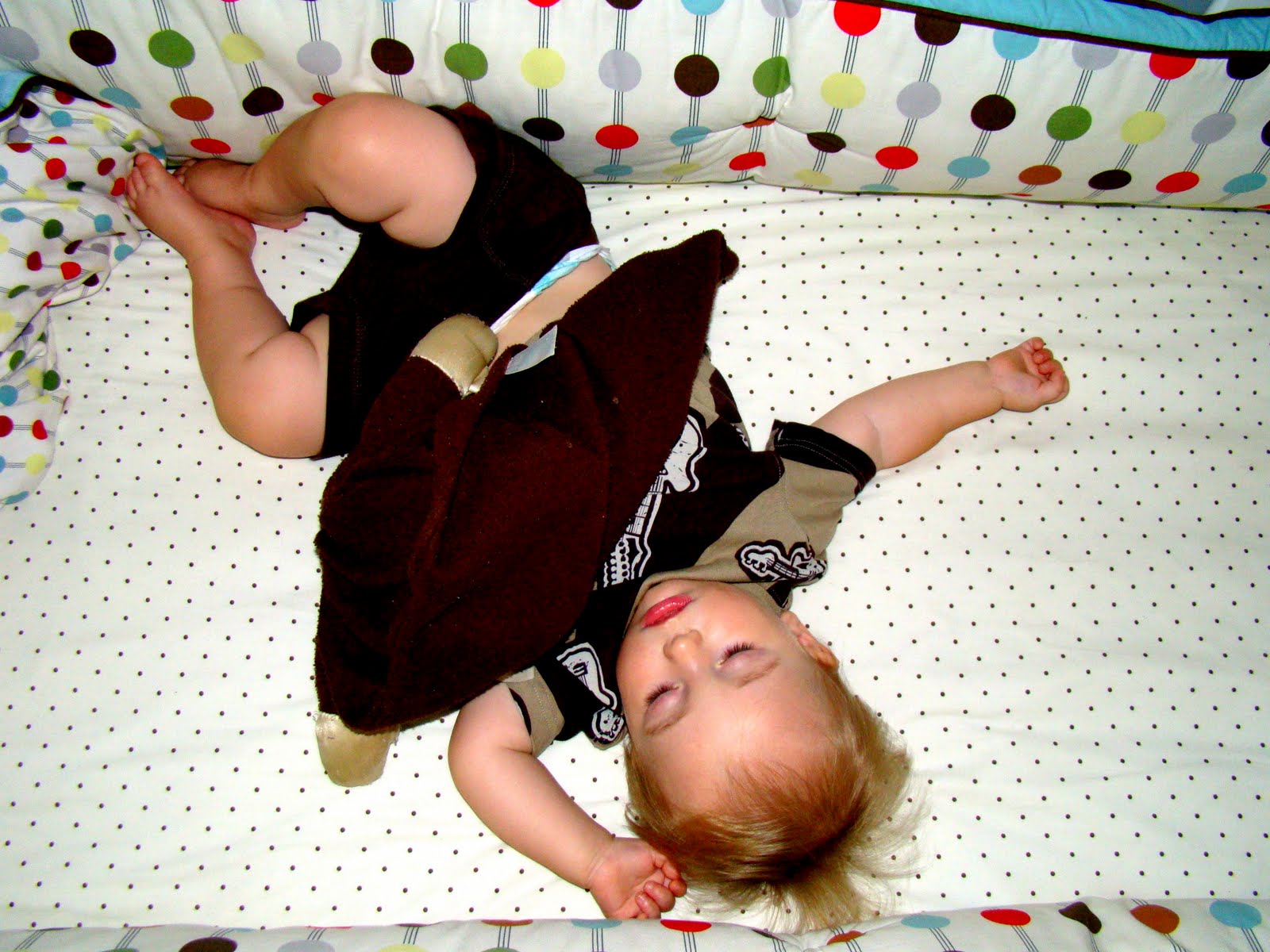 Right now he’s still hardcore adjusting to the whole thing. He’s also got a mega runny nose so I think teething is screwing with us as well but I’m dealing with it the best I can. Currently I’m not doing his movie right after breakfast and instead we play after breakfast, go on a loooong walk around the neighborhood (including play time at the park) then we watch the movie at 10:00 as 10-11 is the hardest time for him right now so it gives him a chance to have a “rest time.” I have been letting him have the paci sometimes during the movie if he’s very fussy. I know it’s breaking my own rules but I’m very realistic and I know it’s not a permanent thing, it’s just helping us through this transitional time. At 11 he eats lunch as usual then we do his Roomtime from 11:30ish until 12:10 or so. If he’s very fussy again then, yes, I’m also letting him have the paci some during this time (actually this morning he had both paci and monkey and he put them both back in his crib while he was playing! such a proud moment for me!). By the time roomtime is over I change his diaper and read his Your Baby Can Read 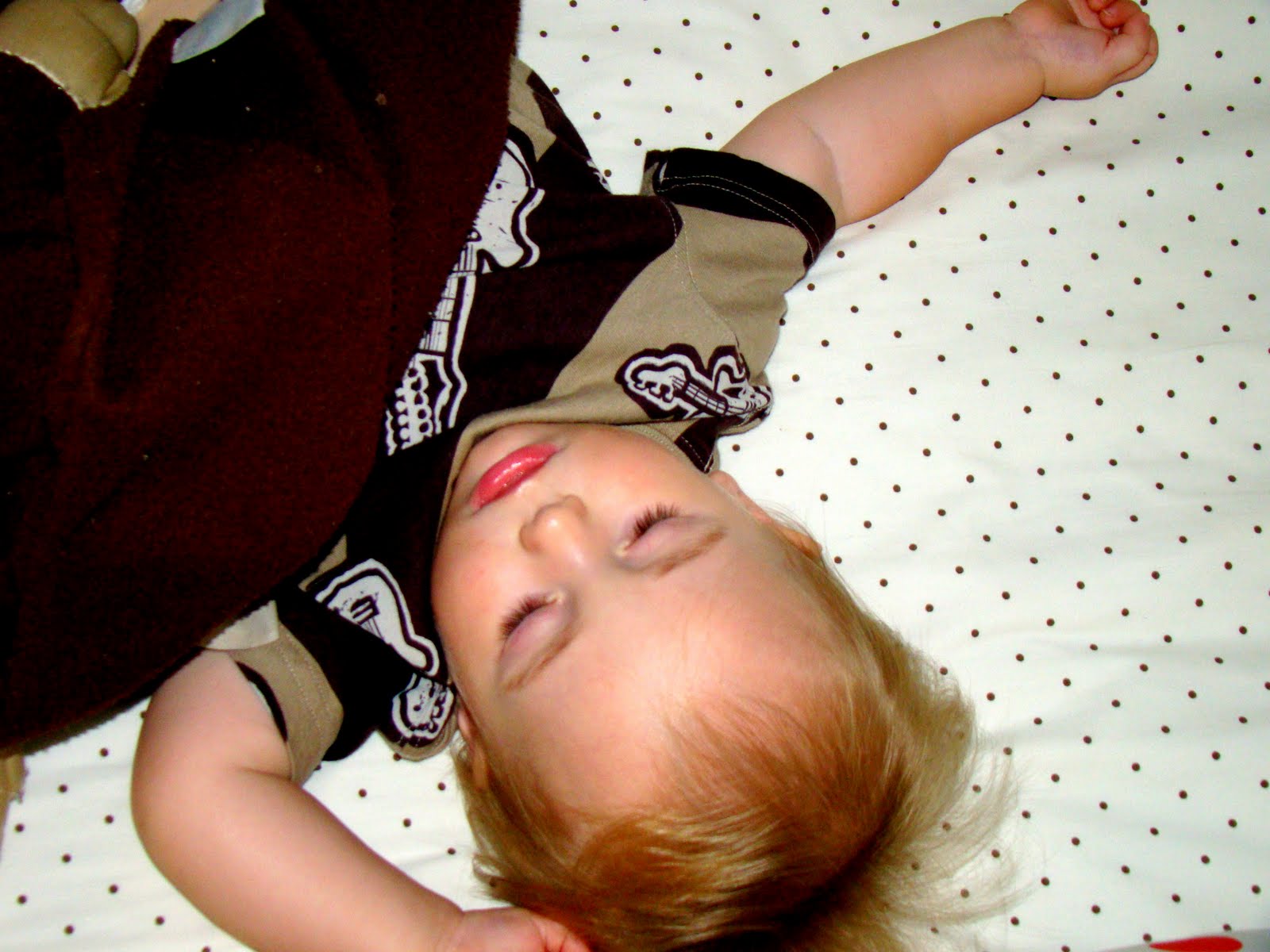 While on our vacation to St Augustine he didn’t nap well and would sleep from 12:30 until 2 then he’d be up. I was beyond aggravated and told Zach that once we got home if it didn’t get better that I was going to go back to 2 naps. Kye NEEDS his sleep and it’s valuable time for me as well so I’m not going to go from 4 hours a day of nap time to just an hour and a half! No way!!! Luckily since we’ve been home he’s doing great with the sleeping part and is sleeping solid from 12:30-3:30. So far so good!

tell me this isn’t an adorable sight? 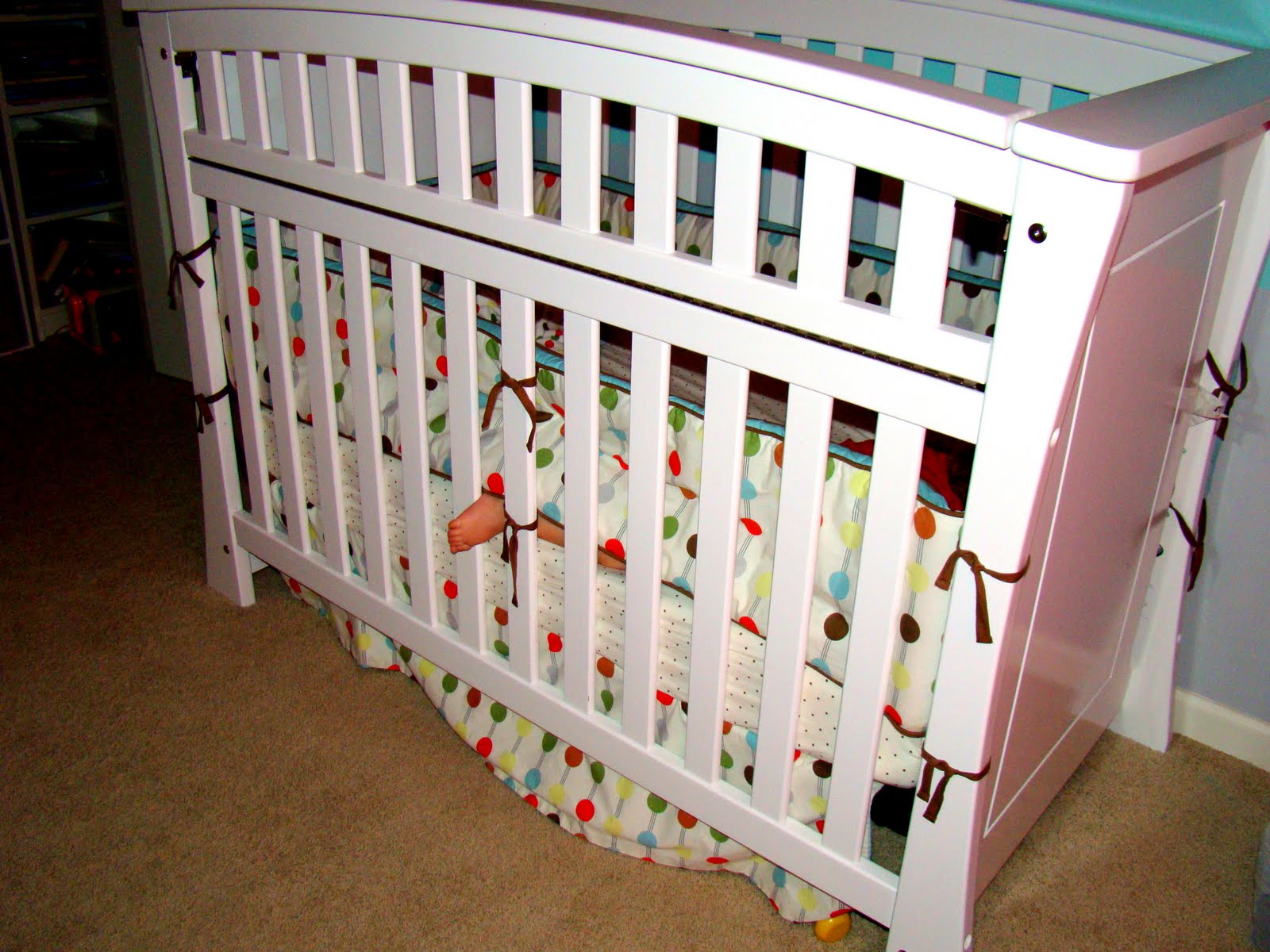 I expect to continue to struggle some with a fussy/sleepy boy for at least another week while he adjusts but I think it’s going as smoothly as it could go and I’m confident that the schedule will get back on course soon. I plan to eventually put video time back right after breakfast giving us a big chunk of time from the movie till lunch time to do things and I will probably keep the roomtime after lunch for now. Someday I guess Kye will eat lunch at noon like normal people? When that time comes roomtime will go to the morning (as I’ve read that it’s actually the most “successful” time of the day to have it so we’ll see!). 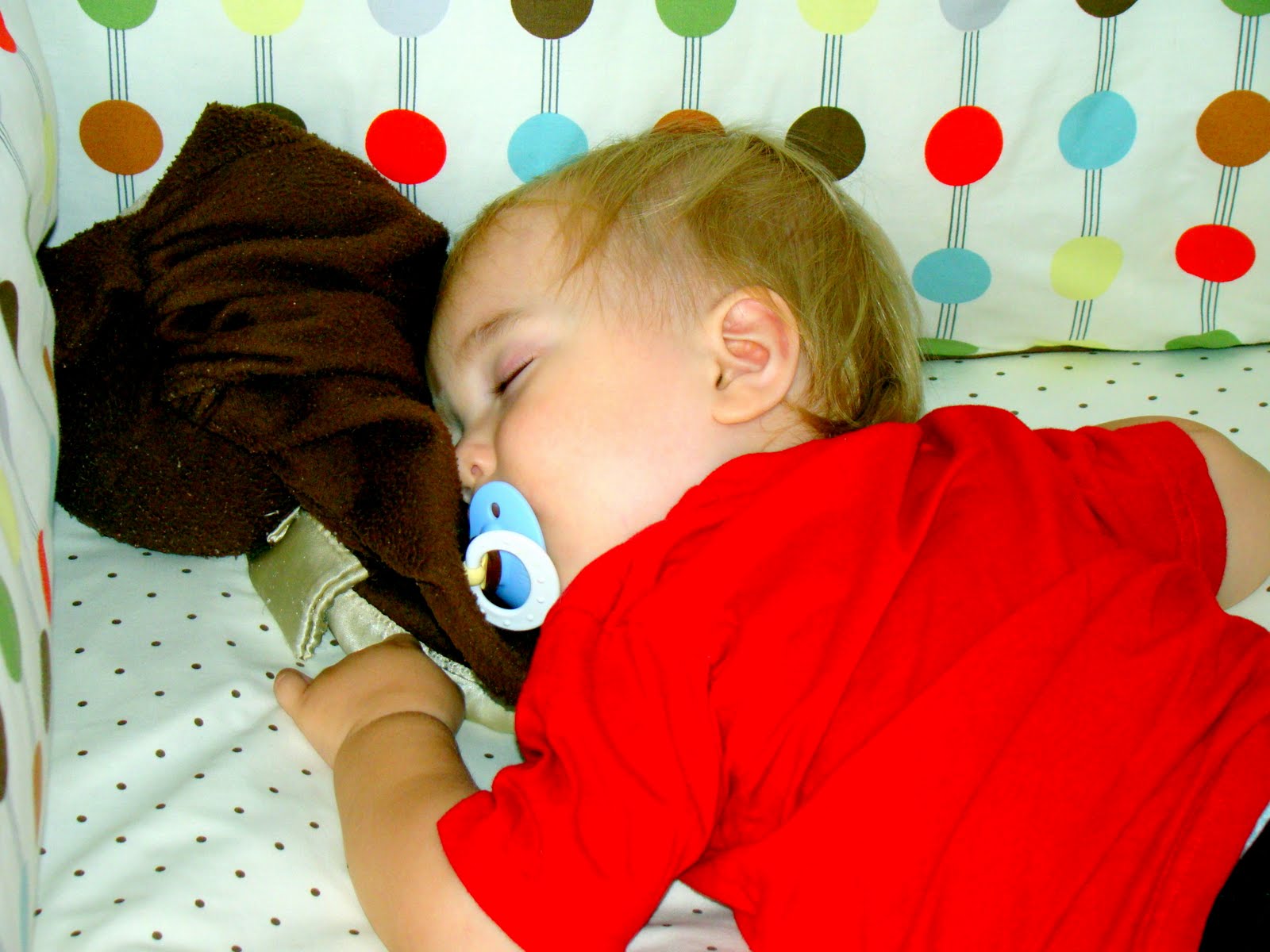 These types of transition times with scheduling really stress me out (call me a control freak it won’t hurt my feelings!) but I’m looking forward to having Kye be his normal self during the mornings and to be able to add more things to his routine. There are all kinds of neat activities and learning times I’m excited to start with him! If anyone has any good suggestions of what to do during the big chunk of awake time I’d love to hear them!!! I’m thankful though that he’ll hold onto this afternoon nap until he’s almost in kindergarten…what would I do without my laying out/blogging time???