Kye was looking forward to Dad’s Day at school this year! He had a great time at their special day last year and considers donuts one of his favorite foods so, of course, he was crunk 😉 When I saw the invitation (which was SO precious!) I was hopeful that Zach would be “entertained” during their time at school since they asked him to bring a hammer and screwdriver 😉 Dude likes to build stuff haha. 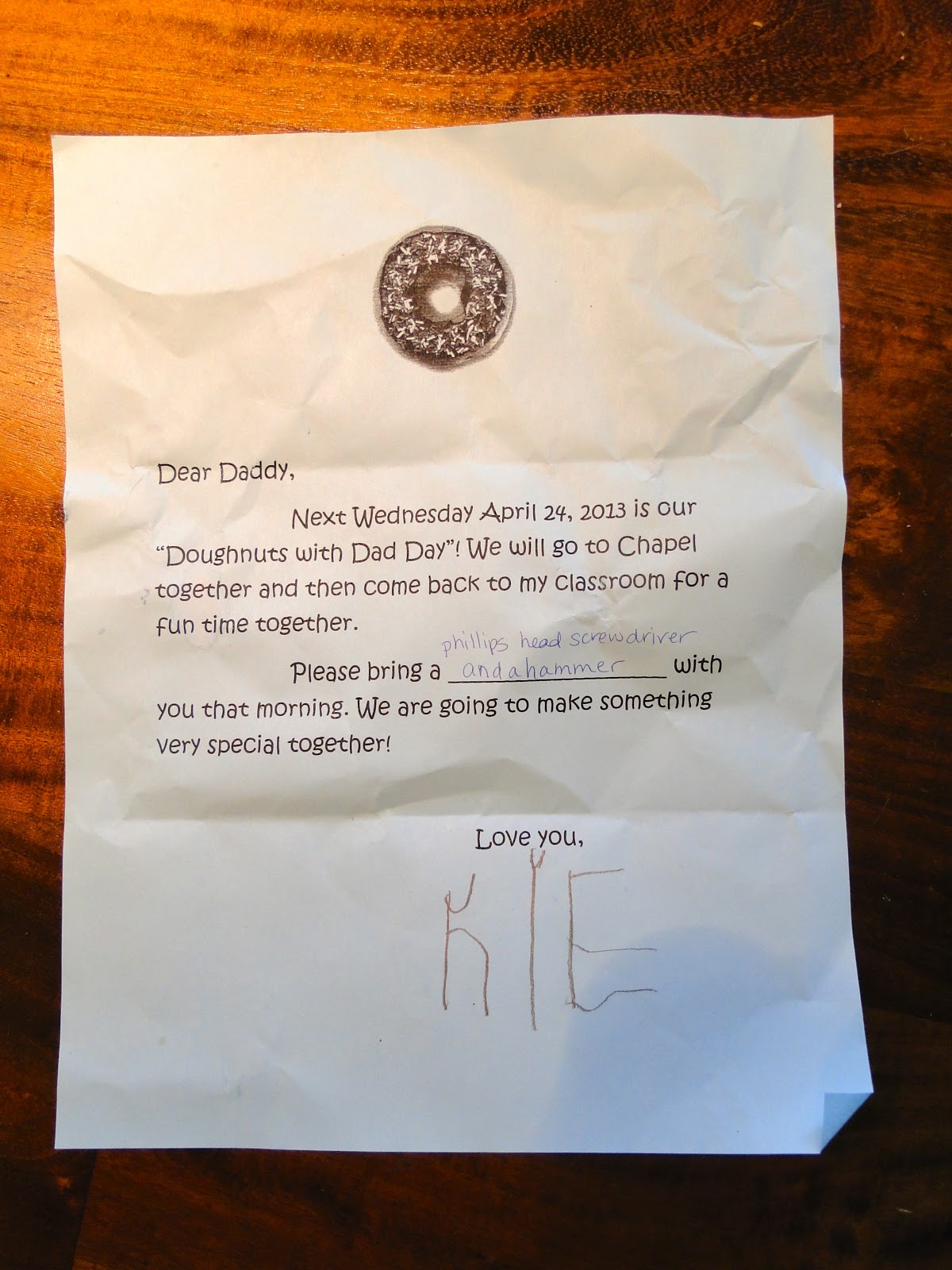 That morning I gave Zach free reign on Kye’s closet to pick out anything he wanted. Usually I have a bad habit of refuting things he chooses and going back and re-choosing. I know I need to get better about that so I tried really hard not to suggest anything. Usually our issue is that Zach will pick out stuff that is brand new, with tags on and I was wanting to “save it” for a special occasion or something 😉 This time though I didn’t say a word and he did well! I LOVE how Zach takes pride in what our kids wear and that he likes to match with them too. So, so sweet. Look how adorable they looked! 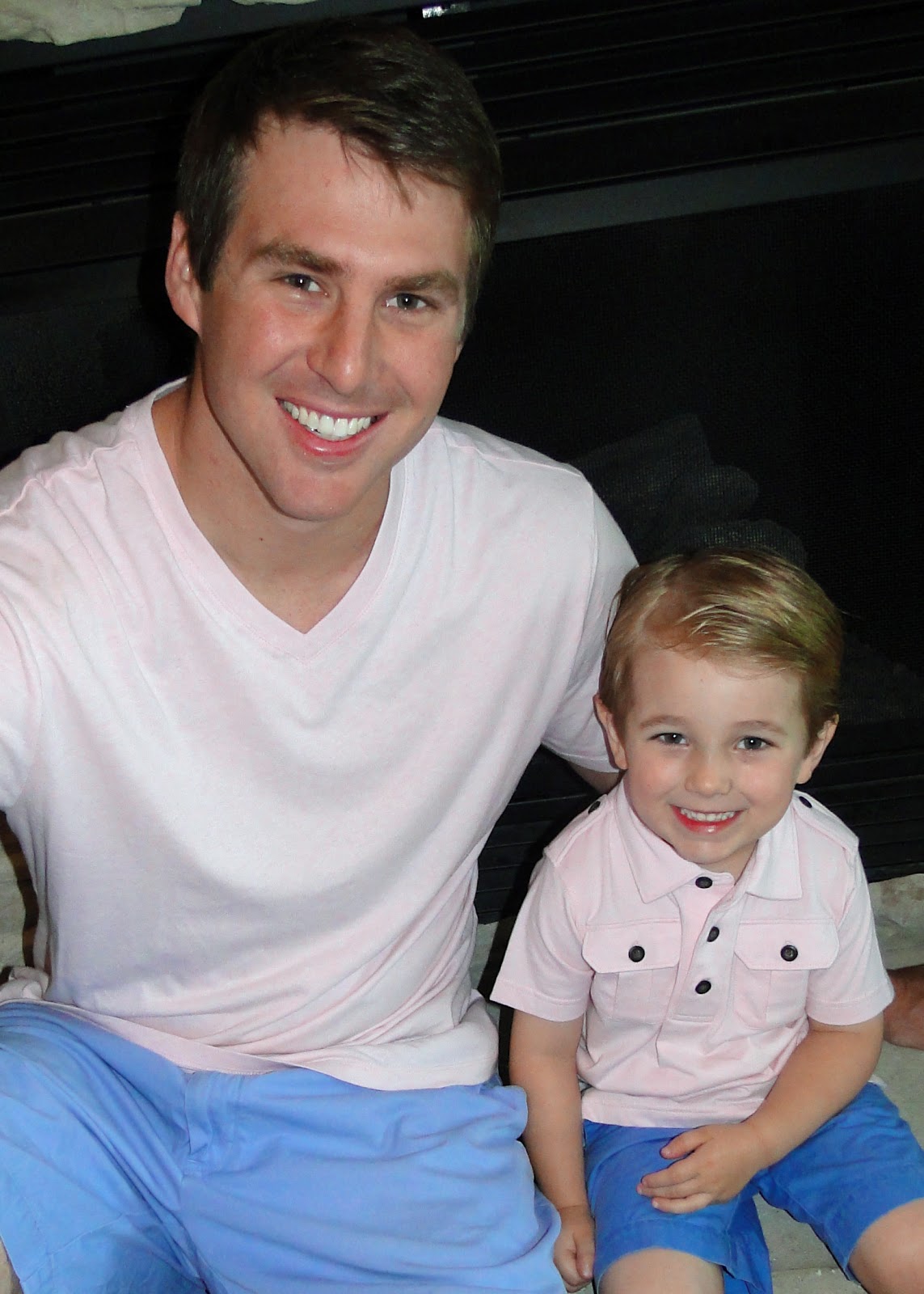 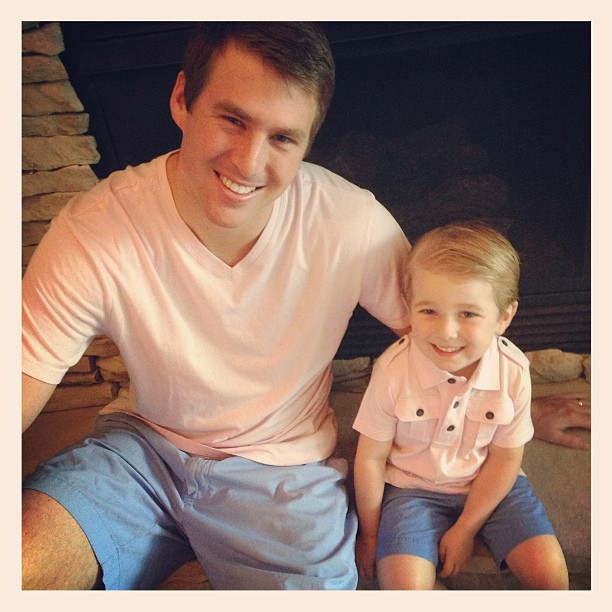 As usual when I’m not around, not many pictures get taken. I asked for Zach to take some on his phone but…shocker…it was dead. Thankfully he remembered to ask Kye’s teacher to take a picture and send it to me! They had a blast! Zach was able to attend Chapel with Kye and I was a tad nervous about it. We are very conservative in our belief system (basically we follow The Bible as closely as we possibly can in all areas!) and I wasn’t sure how he’d feel about some of the activities during Chapel time. I myself have only been once but I know Kye says a special pledge to the “Christian Flag” which I’d never heard of myself prior to him attending school there. Zach was fine with it all though which was good 🙂 And Kye LOVED getting to have his Daddy with him!!! 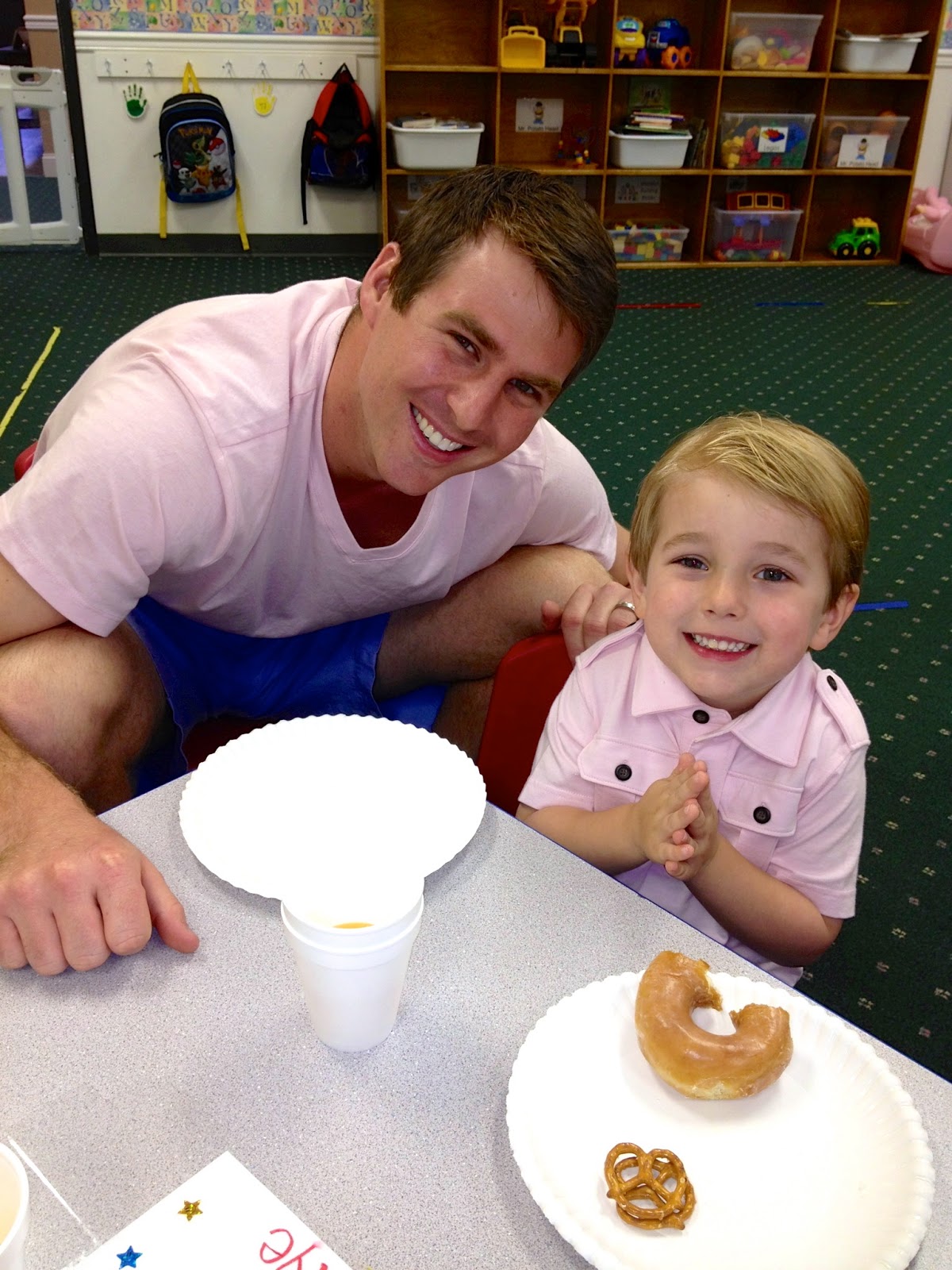 They built a birdhouse together and put it with their other creations from Lowe’s out in Zach’s storage shed. They also had a special lunch together after the event ended at Chick-Fil-A. Donuts AND CFA?!?!?! Of course Kye is wearing a super big smile 🙂 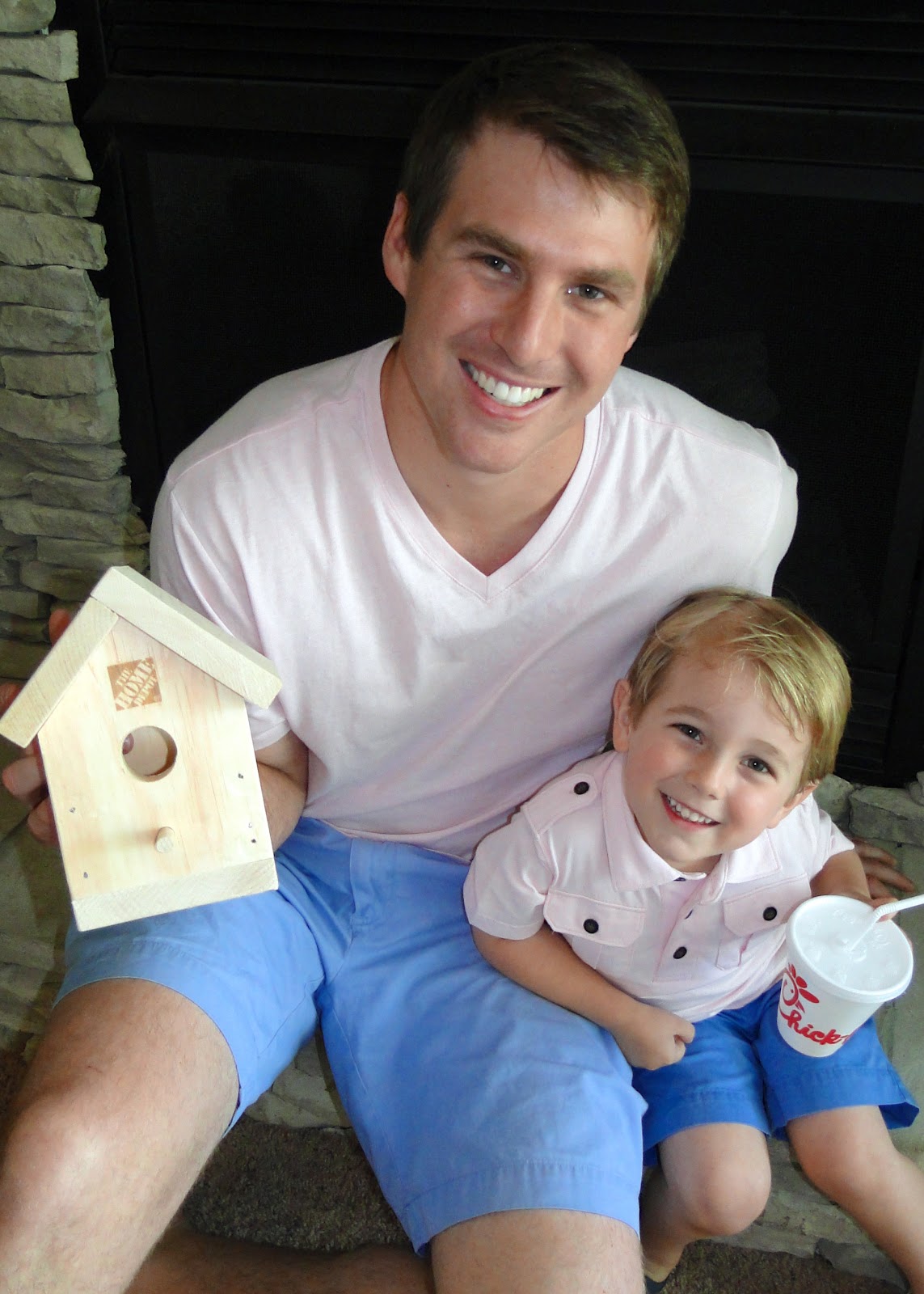 I always find myself in situations where I’m just so thankful Zach has a career where he is his “own boss” and can be at events like these. My dad traveled all the time with his job when I was growing up and that was hard for us, as I’m sure it was for him too. He always did an awesome job being there for everything when he could be, but he naturally missed a lot too. Zach occasionally can’t make something due to work but most often he’s able to be at things and he takes so much time and effort to make sure our kids get quality time with him. If he’s home, he’s spending time with his family for sure! Even though this event may not have been as “cool” to Zach as going golfing or attending a football game would have been, he always does a great job of putting his kids ahead of himself. He’s such a great dad and I know that Kye loves their times together!