Do you ever have stuff planned that you are SUPER pumped about?!? For weeks now I’ve been looking forward to this past weekend and all the fun stuff we had planned. On Saturday I had a FULL day! I got up early and headed to Publix when they opened at 7:00 so I could do our monthly grocery shopping (I know I’m nuts but it was so nice and quiet there and so easy to find everything I needed!). I got home around 9:30 (it’s a MONTHS worth of groceries…it takes FOREVER plus I’m all about reading ingredients now b/c Kye!) and unloaded everything and put it all away then got ready to go to Cami’s baby shower.

She is good friends with Seth and Crissy and I really like her too! Her older daughter, Ellie, is BEAUTIFUL and she just had baby #2, which is also a precious girl, named Ismylah. I thought it was so neat to have her shower after Izzy was born since they were surprised at the sex. She had her all natural just like I did and she used the Bradley Method too! 🙂 So duh, I like her haha!!!

It was fun because I had the WHOLE day planned with Crissy and I love spending time with Crissy. The shower was great…there was amazingly yummy food that we pigged out on! We had to leave before it was over though which stunk and we rushed from there to Crissy’s to change and then go to Drexel Park for the Ladies Egg Hunt.

We were pumped for this egg hunt. It was free to all the ladies who registered and Steel’s Jewelry (which you all know I love) helped by donating prizes. There were 1,000 eggs and tons of them filled with some great stuff so we were excited to win something!

here are our pre-hunting pictures 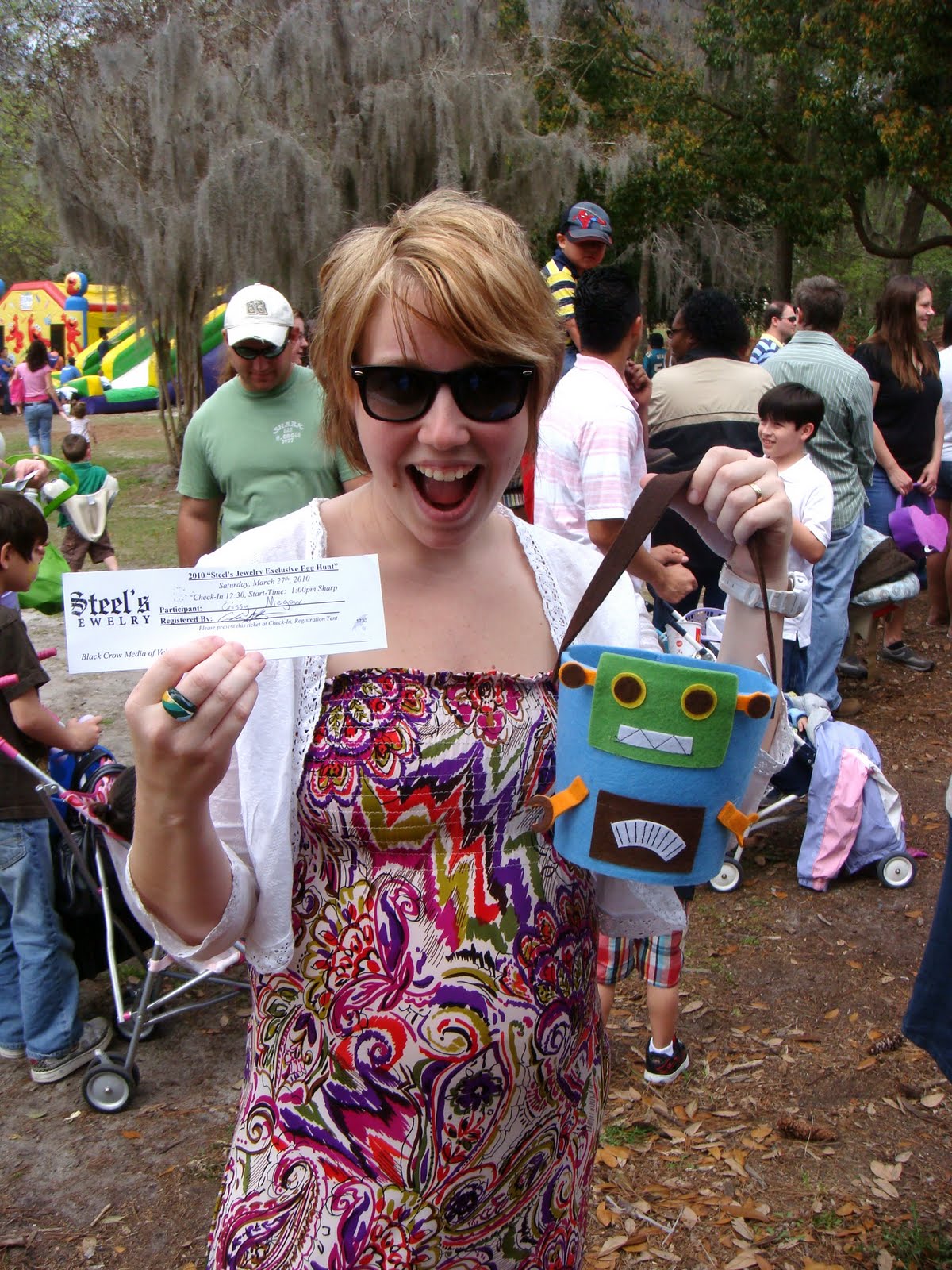 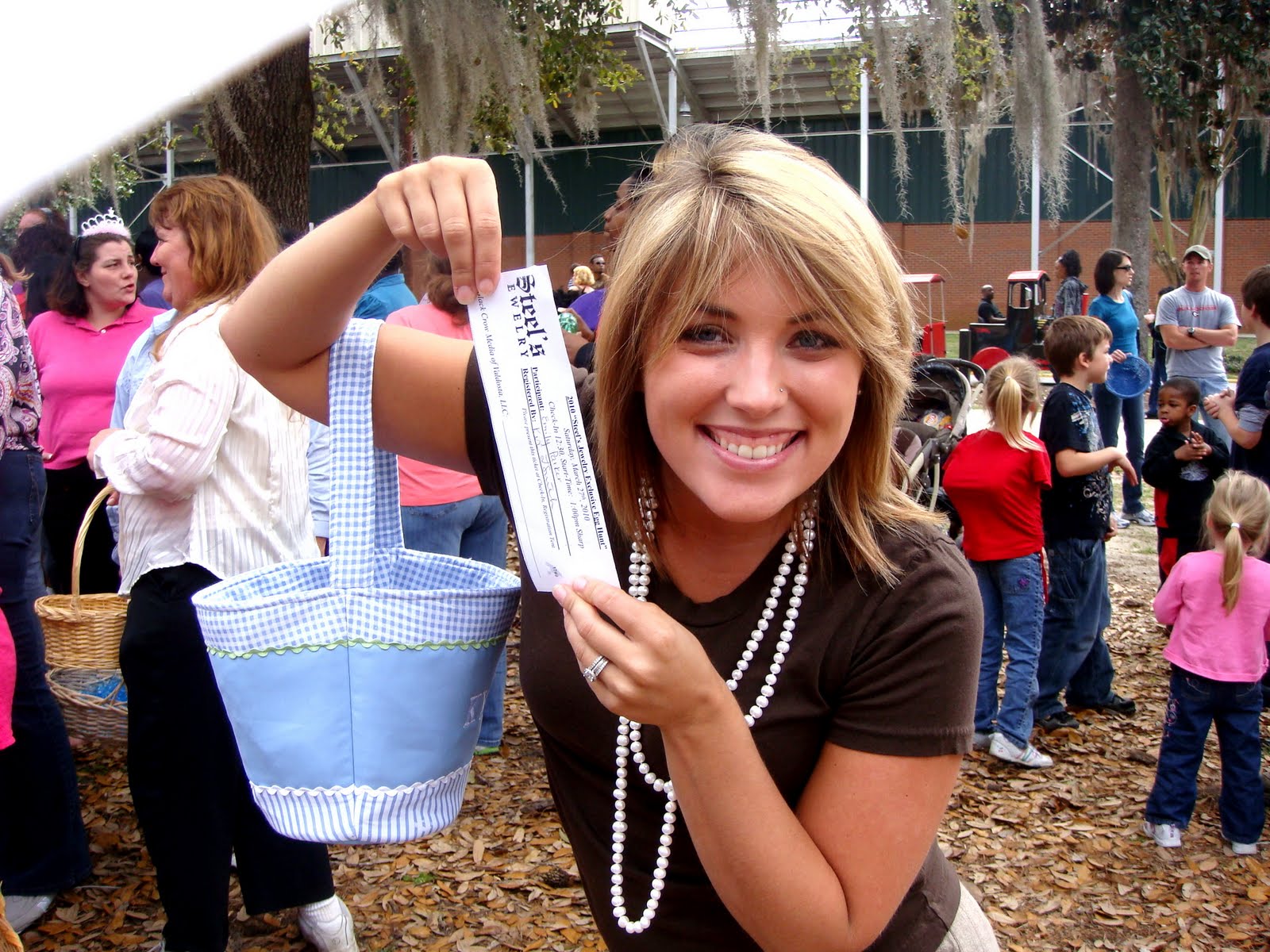 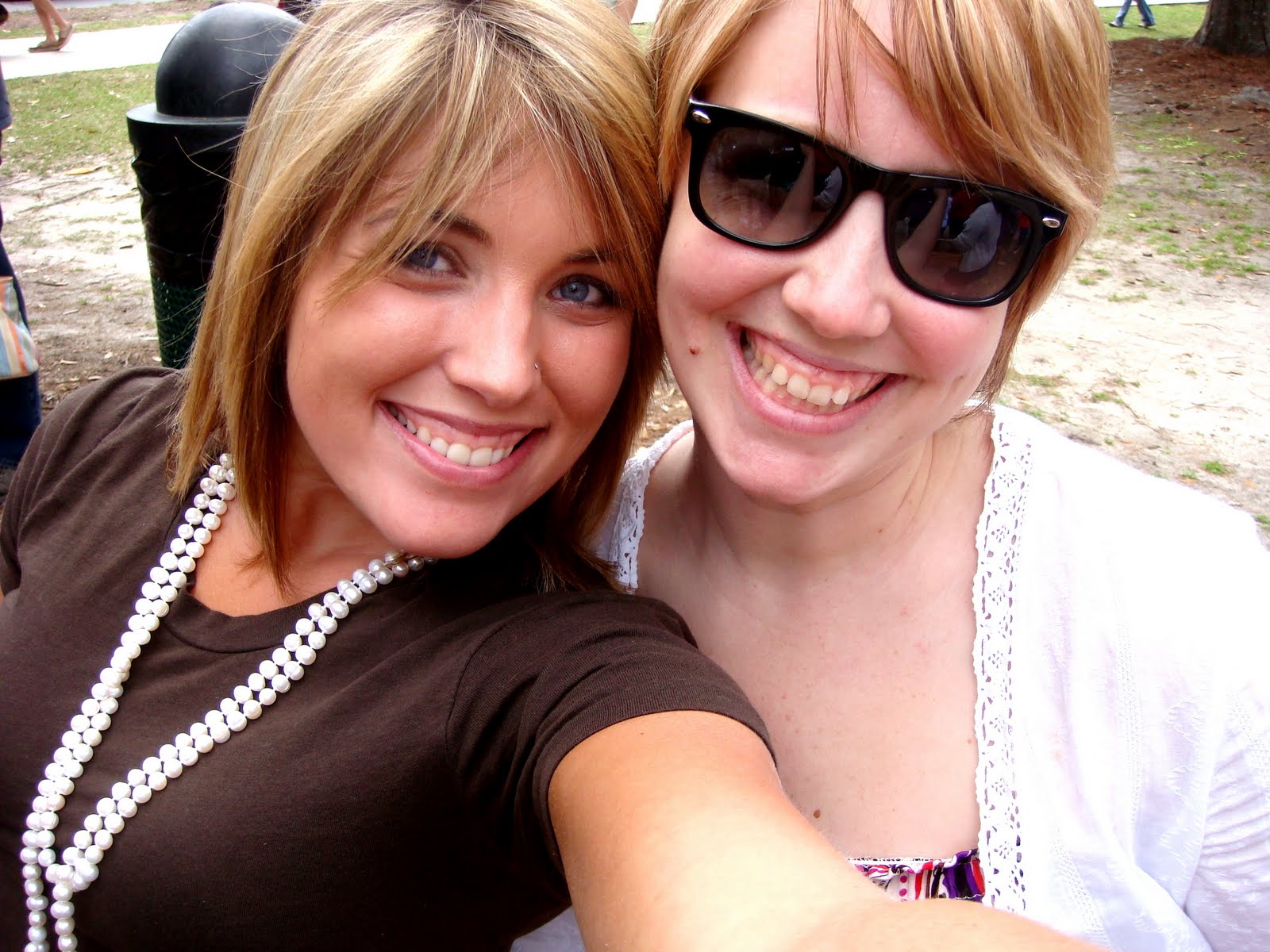 There were a TON of people out there and a lot of them were a little too hardcore. A lady went over the rules (no children, only registered ladies could hunt, etc) and then they let us go. And the hunt was over in UNDER 60 seconds. Women were SO rude. Pushing, shoving, running like mad, having their kids grab eggs, having their un-registered friends get eggs for them. It was BAD. Crissy is PREGNANT and it seriously wasn’t safe for her. I didn’t feel safe either!!! Some lady even fell FLAT on her face!!! We both ended up without a single egg! How much does that suck 🙁

This is the crowd pre-hunt 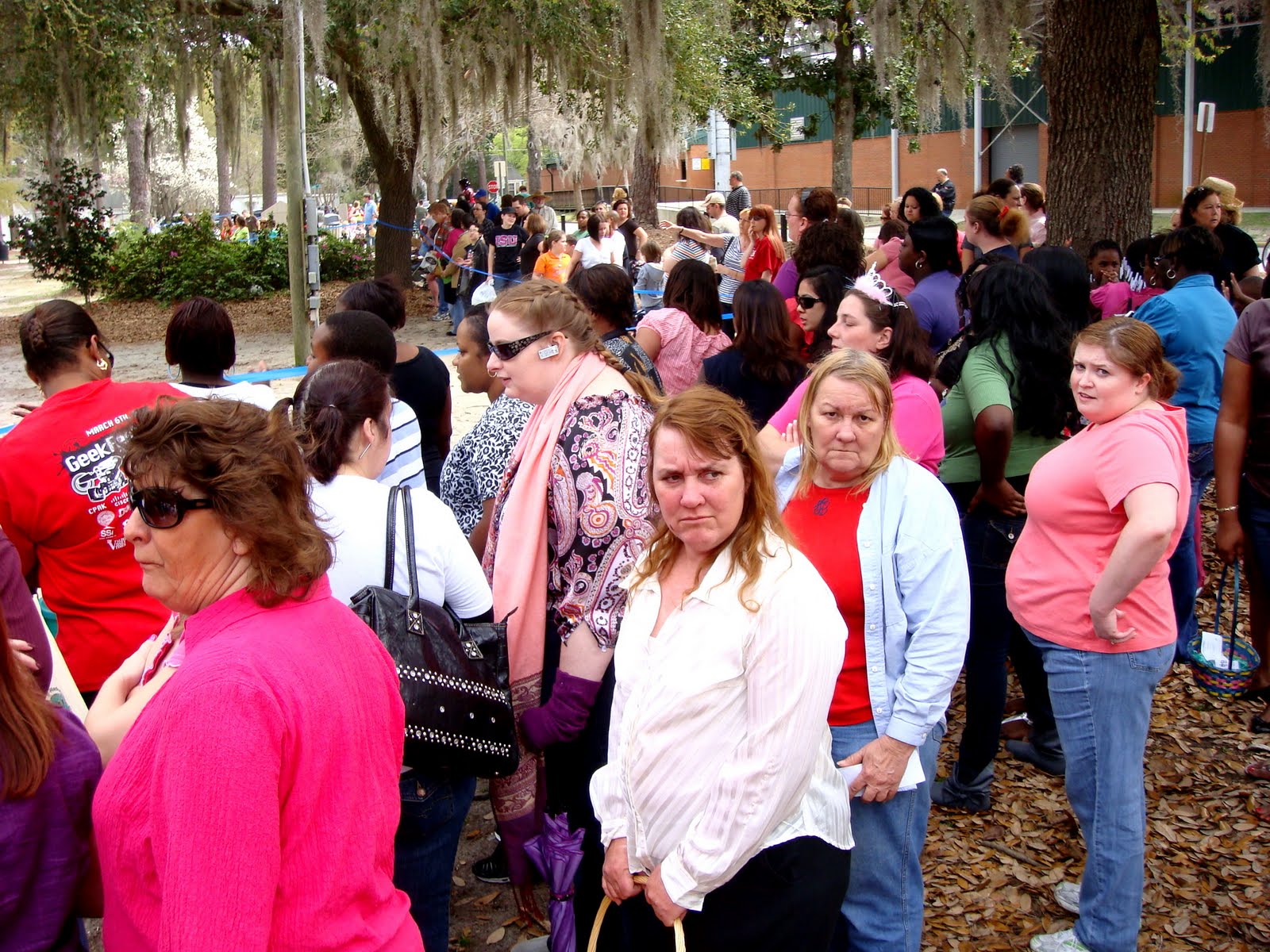 After the one-minute-pointless-hunt we went back to Seth and Crissy’s house (they live within walking distance of the park which is GREAT!) and I sat at their house while Kye napped. They went ahead and took their girls back to the park for the kids egg hunt (which they also said was over in one minute flat!). When they got back they said the event wasn’t so wonderful but I still wanted Kye to go out there (I was excited for it!!!) and at least see the Easter Bunny. Once Kye got up from his nap I got him dressed and in his stroller and we walked down there. And it was OVER 🙁 They were cleaning everything up!!! This is the only picture we got! 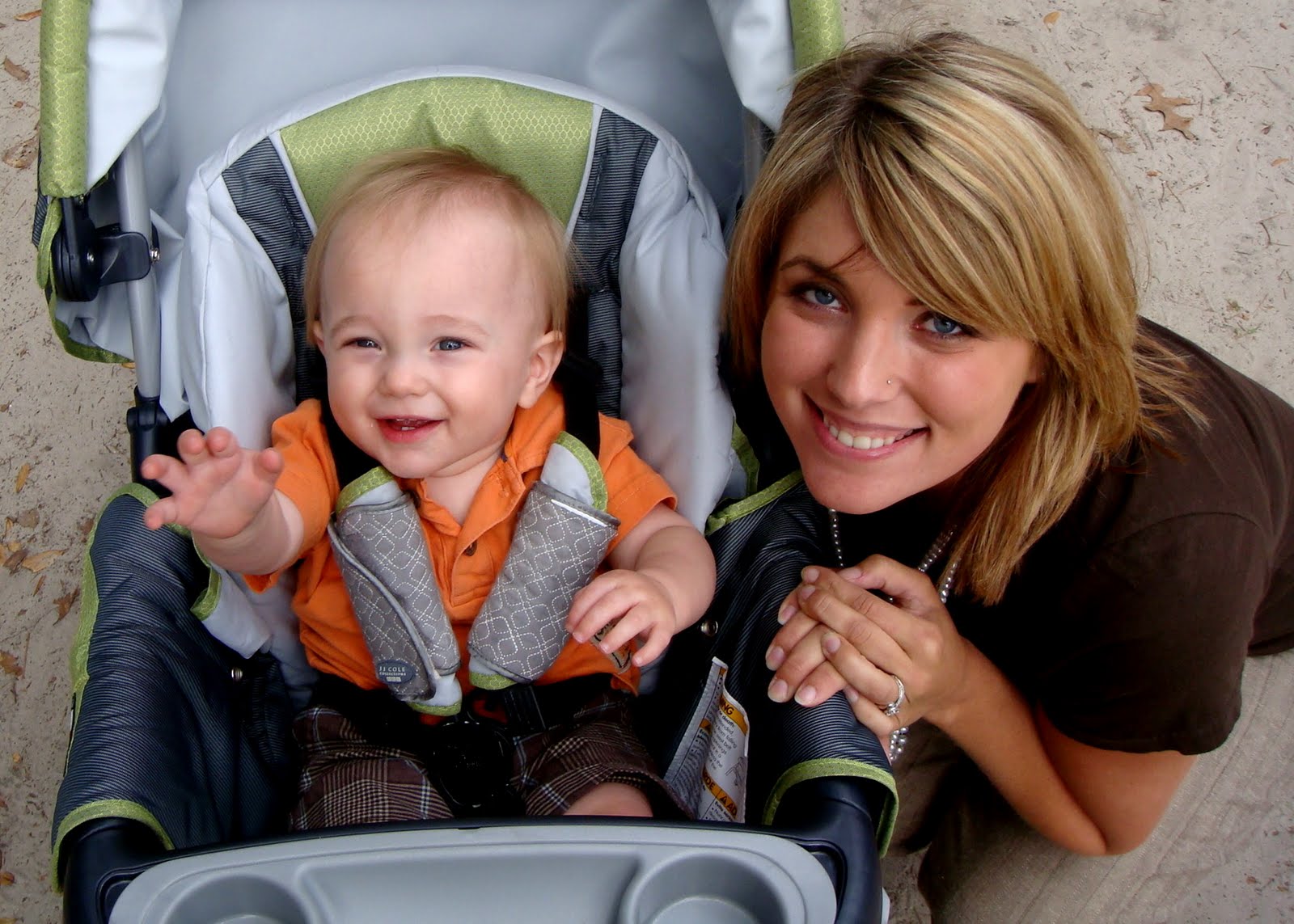 Pretty disappointing day! I had been looking SO forward to the Ladies Egg Hunt and to going to the park with Kye and neither of them worked out. At least the shower was fun! And at least I had fun with Crissy! Kye and I ended up just spending the afternoon at her house and letting the kids play together. Her friend, April, was over too and it was cute seeing all the babies play.

Kye did some pretty funny stuff while we were there. They have a fish tank and he suddenly crawled over to it and said “fish! fish!” I have NO CLUE where he learned “fish” from as it isn’t a Your Baby Can Read word!!! He also was funny with baby Josie as she had her paci and Kye has learned that he can only have his paci in the crib. When he’s done with his nap or gets up in the morning we always say “bye bye paci!” so he crawled over to Josie, bent down and looked at her paci, made a confused look, pointed to it and waved “bye bye” to it haha! So funny! 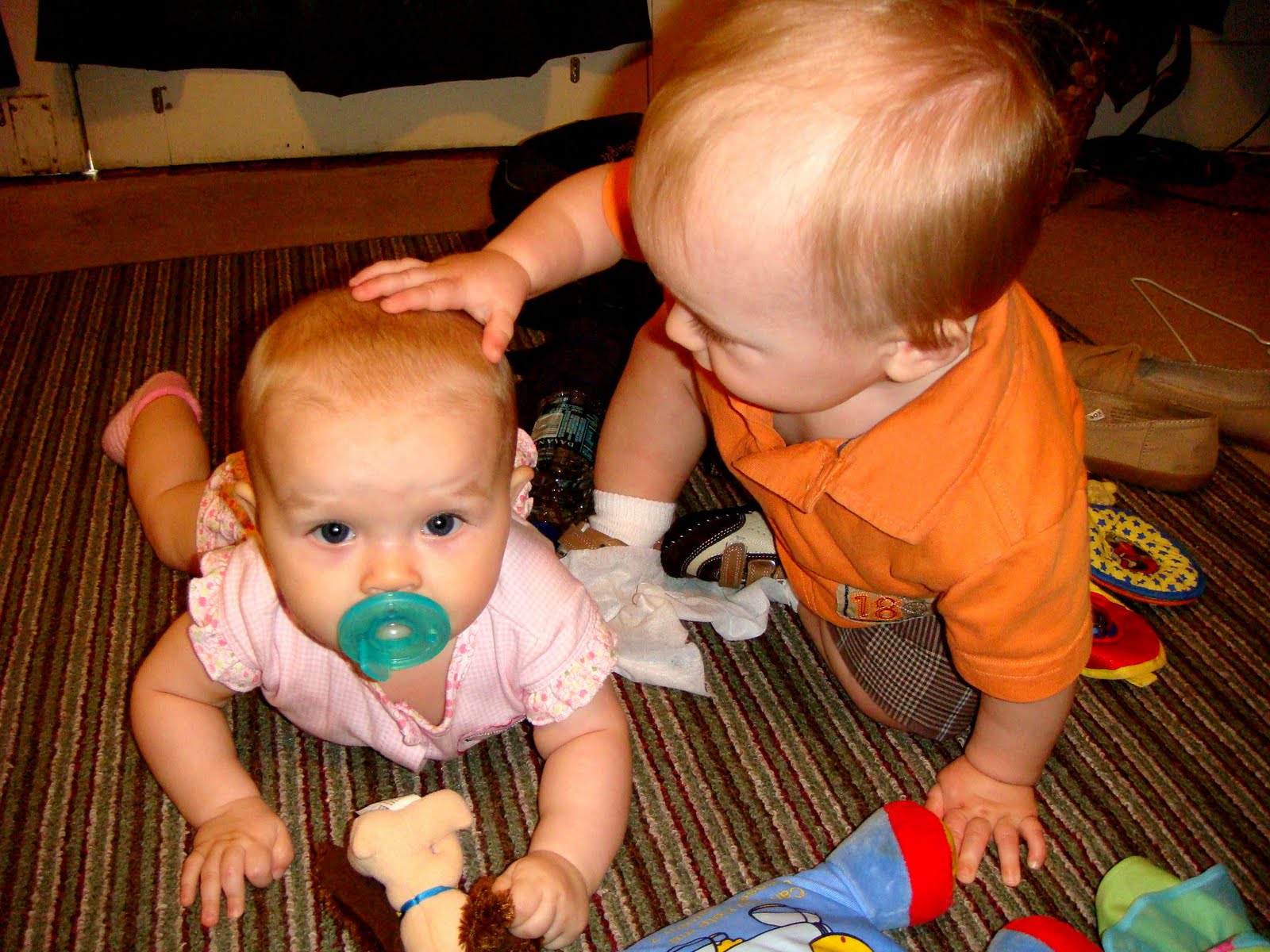 Out of all Kye’s little friends it seems like he interacts the best with Neela. They play so well together and she puts up with all his “tough boy” stuff. Seth and Crissy have this fun house toy and Kye loved opening and closing the door. We caught him shoving Neela through it and trying to shut the door on her! The poor girl didn’t even cry she just did what he wanted her to do. Bossy boy? I think so! 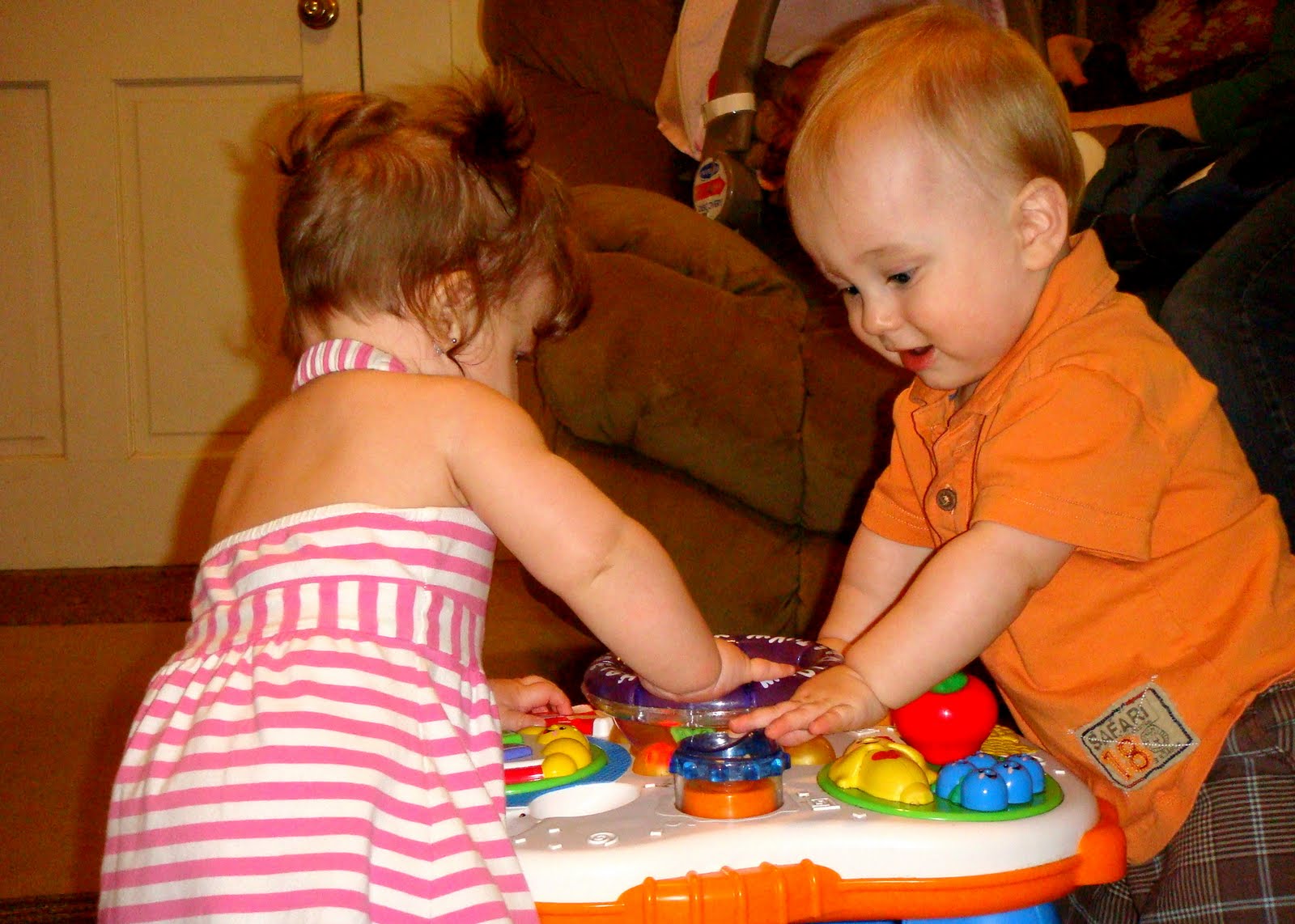 Even though the stuff I was looking forward too didn’t turn out so great, it was still a fun Saturday. It was nice just to relax with April and Crissy and play with our kids without having to hurry to go anywhere. Zach played in a fraternity football tournament so I took Kye home and ate dinner with him then put him to bed. He was so precious and cuddly with me and loved on me which is a rare thing for him so I soaked it up!