Zach, Ashley, Katie and I have had this Daytona trip planned long before Kye was even born! We’ve all been looking forward to a fun weekend together and it didn’t disappoint!!!

We got a super awesome deal on the stay…we used our timeshare trip package thing so all we had to pay was hotel tax which was $15 apiece for the whole weekend AND they gave us $40 vouchers for food at a local steak house! AND our room had view of the beach! So awesome 🙂 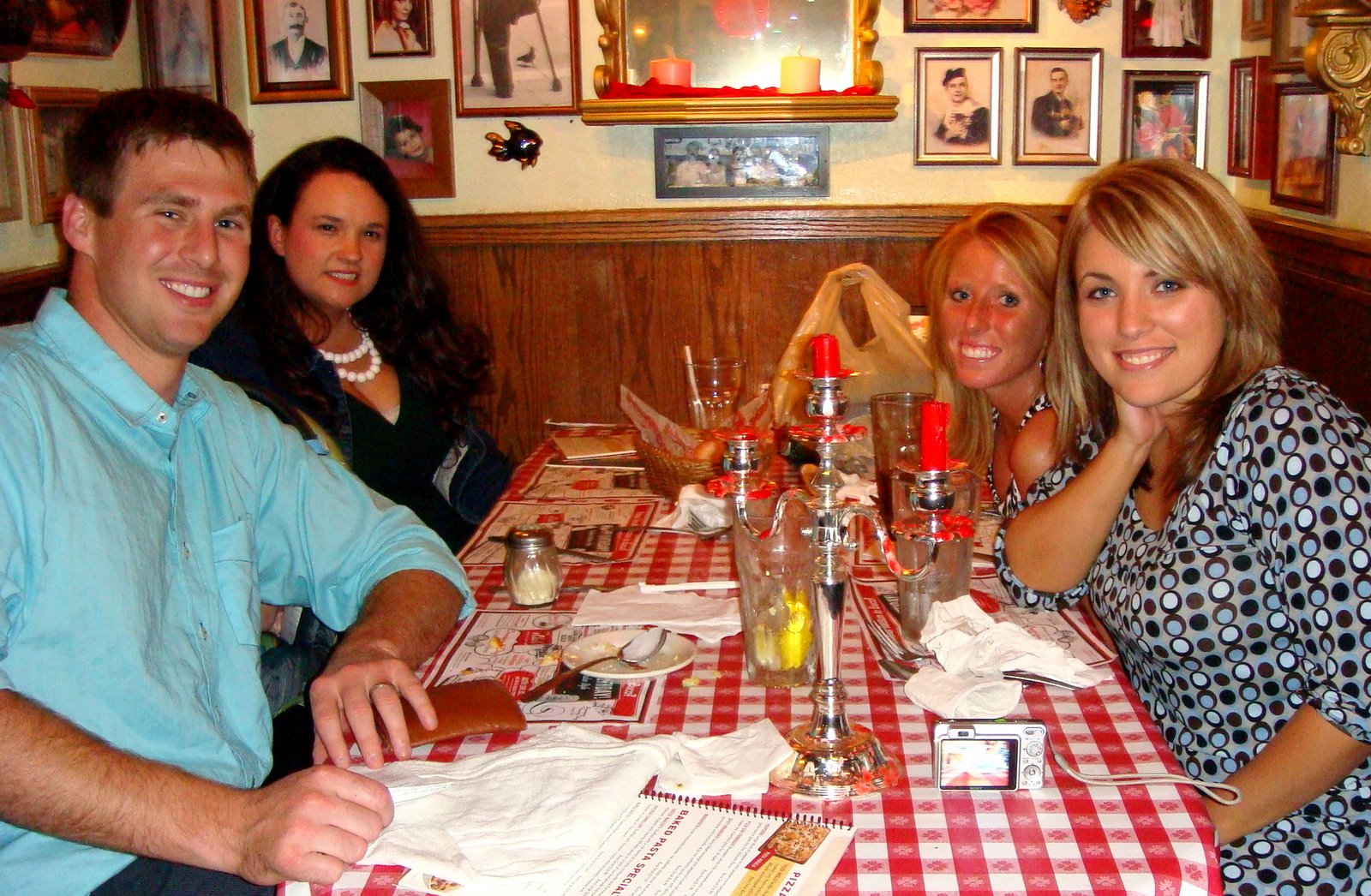 We headed down Friday afternoon and went straight to dinner to celebrate Zach’s birthday. We ate at Bucca Di Beppo. Zach and I ate there when we went to Ft. Lauderdale and it was sooo good and our waiter gave us a coupon for our next visit so we found one in Daytona Beach! 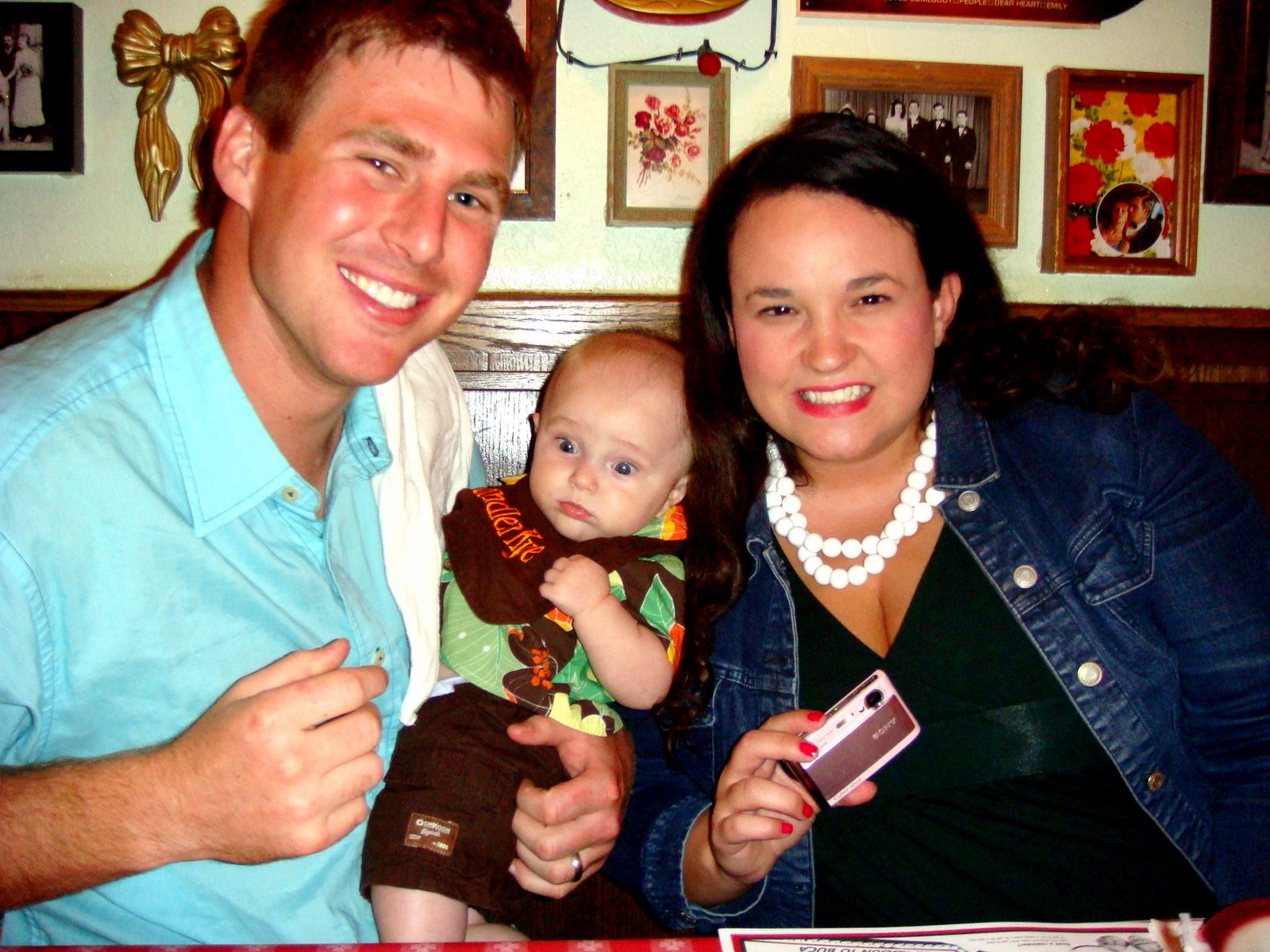 Dinner was awesome and it felt so great that finally we all had fun on Zach’s birthday celebration. It seems like every year that we do something together for Zach’s birthday that something goes wrong and it ends up not being the best time but this year was GREAT! 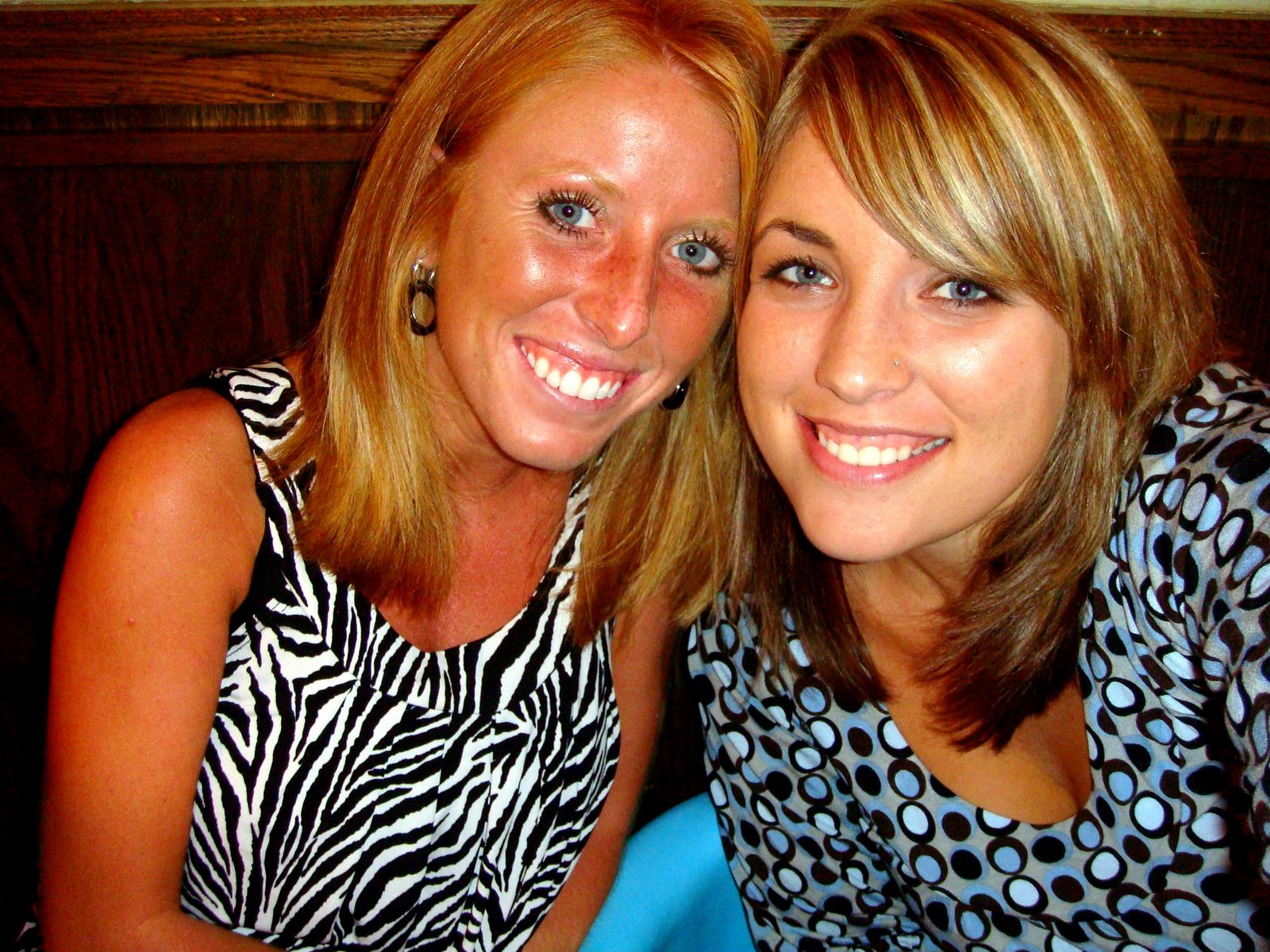 Not only was the food awesome, but we got a great deal, AND they sang “Happy Birthday” to Zach and even gave him a yummy little cake! It was the perfect way to start off a fun weekend. 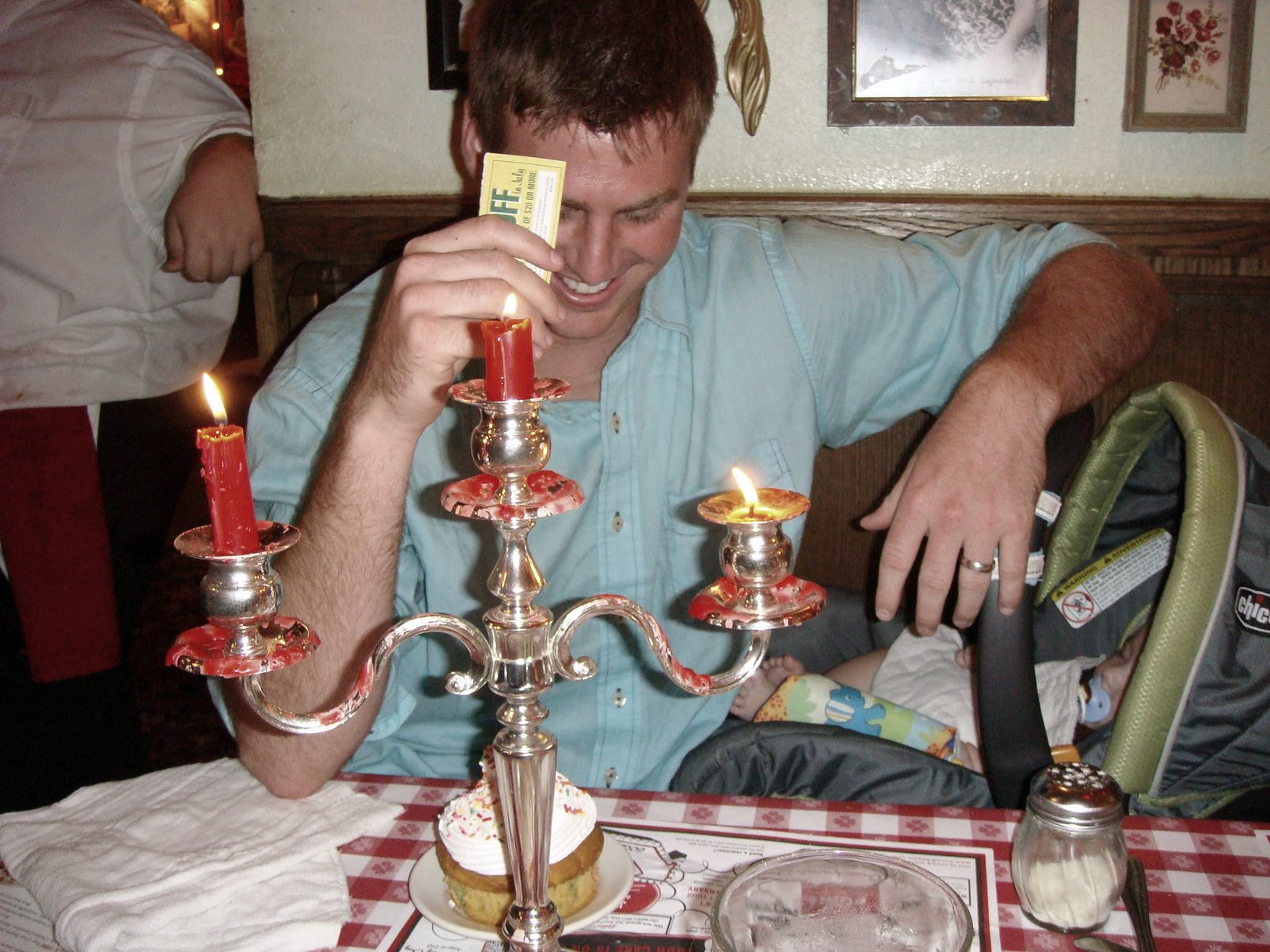 Since we ate dinner rather late poor Kye had to stay up past his bedtime, a first for us with him. It was terrible. He didn’t fall asleep until around 11:30 and he woke up a MILLION times during the night. I felt so bad for him because it isn’t his fault that he went to bed late ya know? We learned a valuable lesson that even though it’s important to have fun on vacations, it’s more important to put Kye first!

No matter what time he goes to sleep we start the day fresh at 7 am! We put him in the bed with us to cuddle…isn’t this precious? 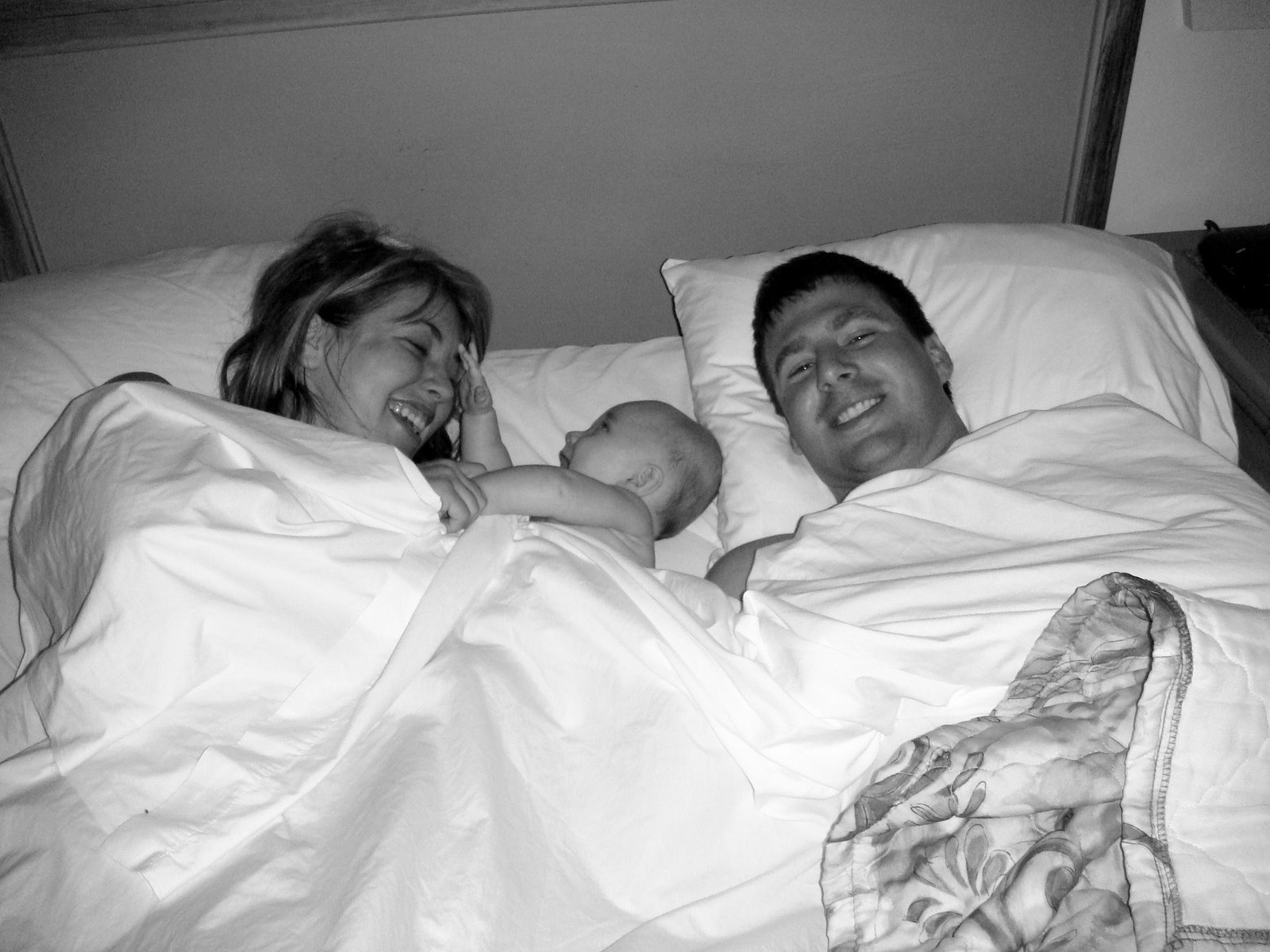 We planned on spending the whole day Saturday on the beach with Zach and I trading off in the room during Kye’s naps. The plan went smoothly and I enjoyed relaxing in the room during the first nap of the day. It was neat to look out the window and be able to see Zach, Katie, and Ashley enjoying the early morning ocean! 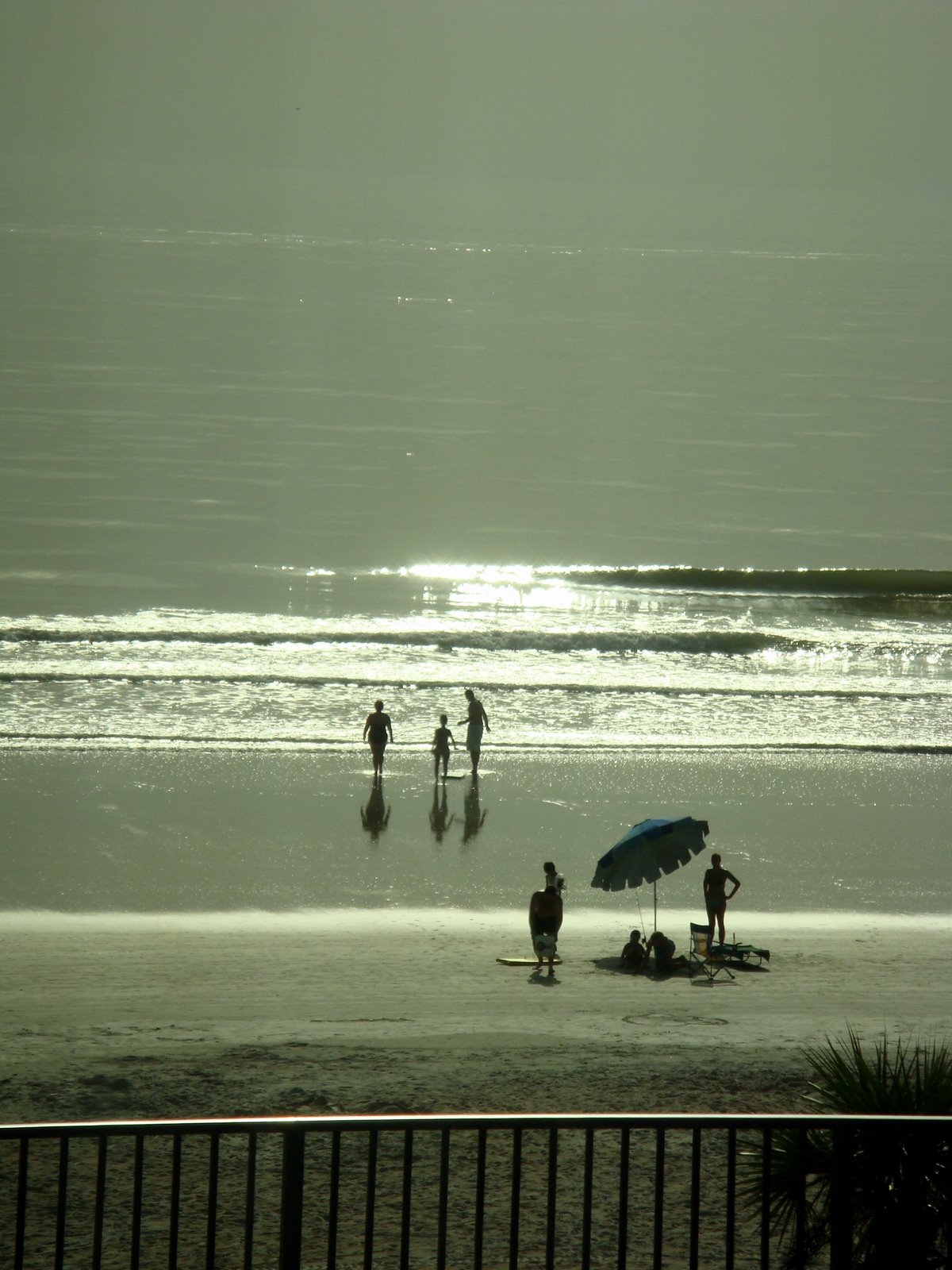 Kye slept AWESOME during both of his naps and didn’t even wake up once! I lazed around in the room and watched Property Ladder on TLC and totally want to start flipping houses now…they make SO much money off of them!!! If only we had enough up front money to do it!

I found him like this when I went to wake him at 11…that cute little hand. 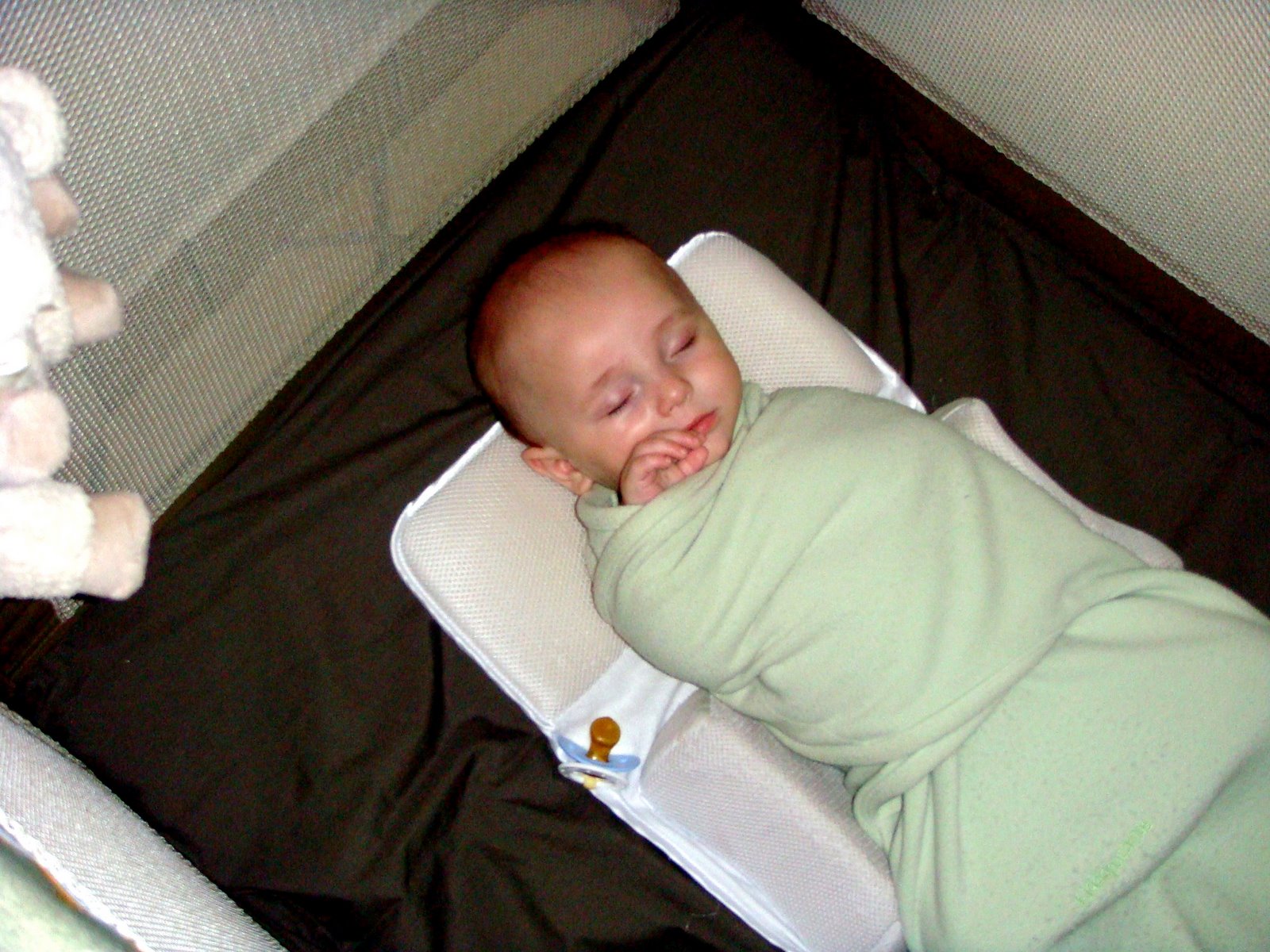 After his 11:00 feeding and before his 1:00 nap we were all able to be at the beach together. We bought a beach tent for the trip with sun protection. It worked well but Kye just wasn’t himself, partly due to the night before and partly due to teething. 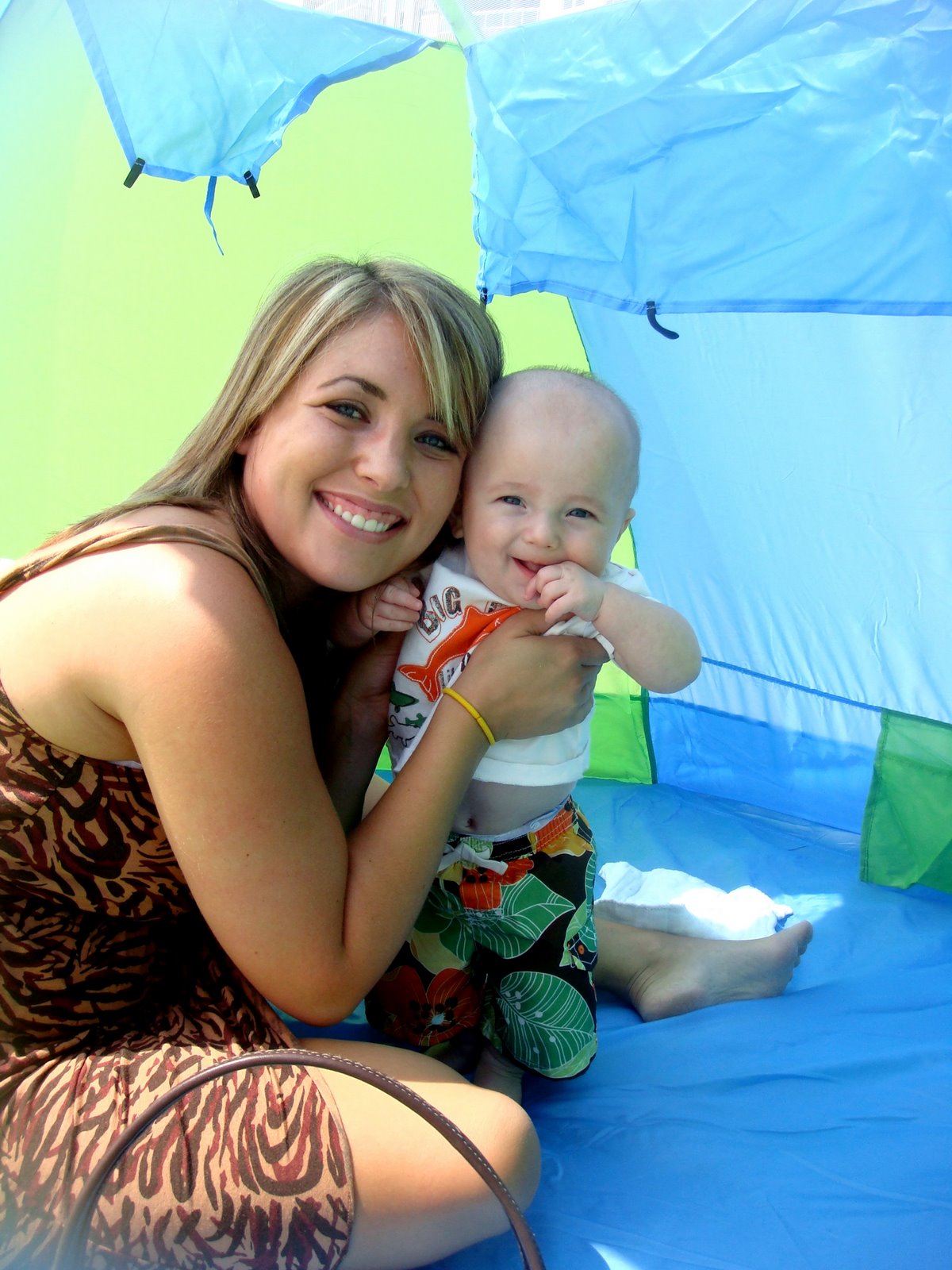 When Zach took him up during his nap I was able to spend some quality beach time with Katie and Ashley! It all really worked out well because we got time all together and each of us got some time alone together too. And ALL of us got too much time in the sun! Ashley was FRIED!!!

That night we decided to use our food voucher and ate at the steak house called Julians. It was really good food and it was so fun to order expensive stuff we normally wouldn’t get. We divided up where each of us got $10 off so I ended up getting stuffed shrimp and Zach got this huge steak! 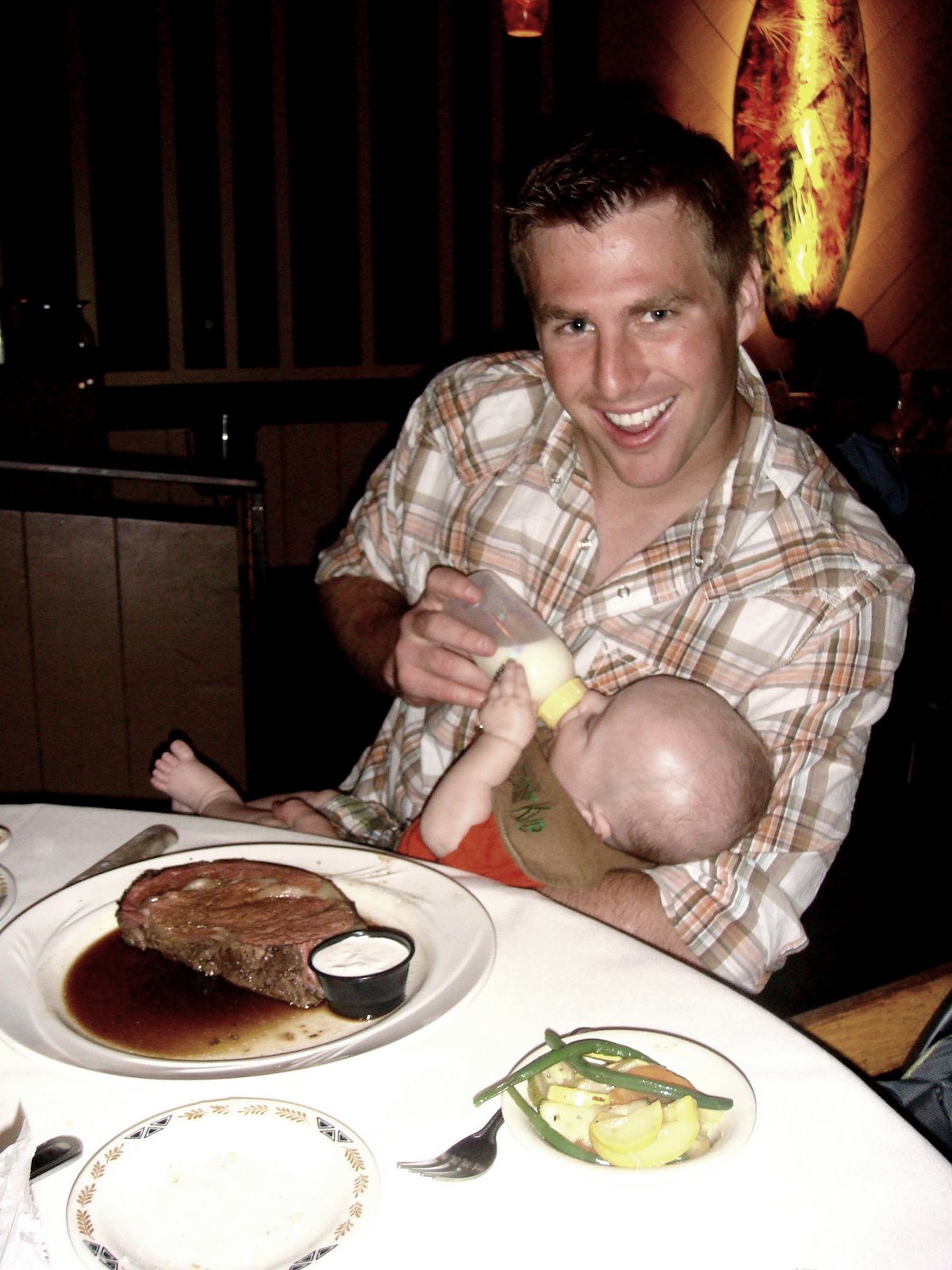 This time we made sure to leave early for dinner and even had time to get dessert before we had to get back to put Kye to bed. Of course we got yummy ice cream 🙂

I love this pic of the three of us! 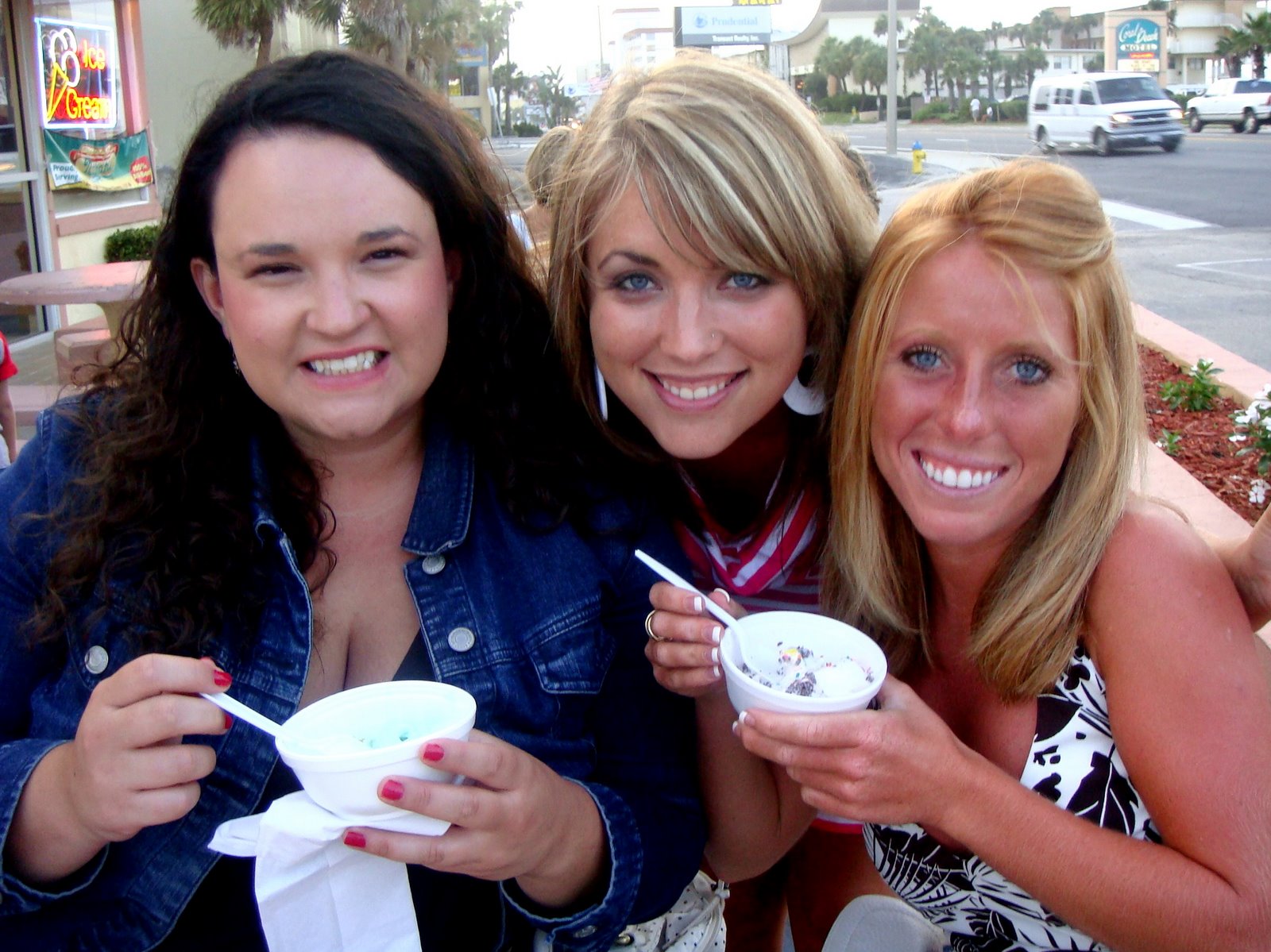 Kye went down much better that night and we all had the best time ever! We stayed up until around 2 playing Tripoly (my family’s favorite game) we all had so much fun laughing and making jokes. I think we all forgot that a baby was asleep in the bathroom! It felt like we were all “young” again and it was a night I don’t think any of us will soon forget!

I dominated and WON yay! 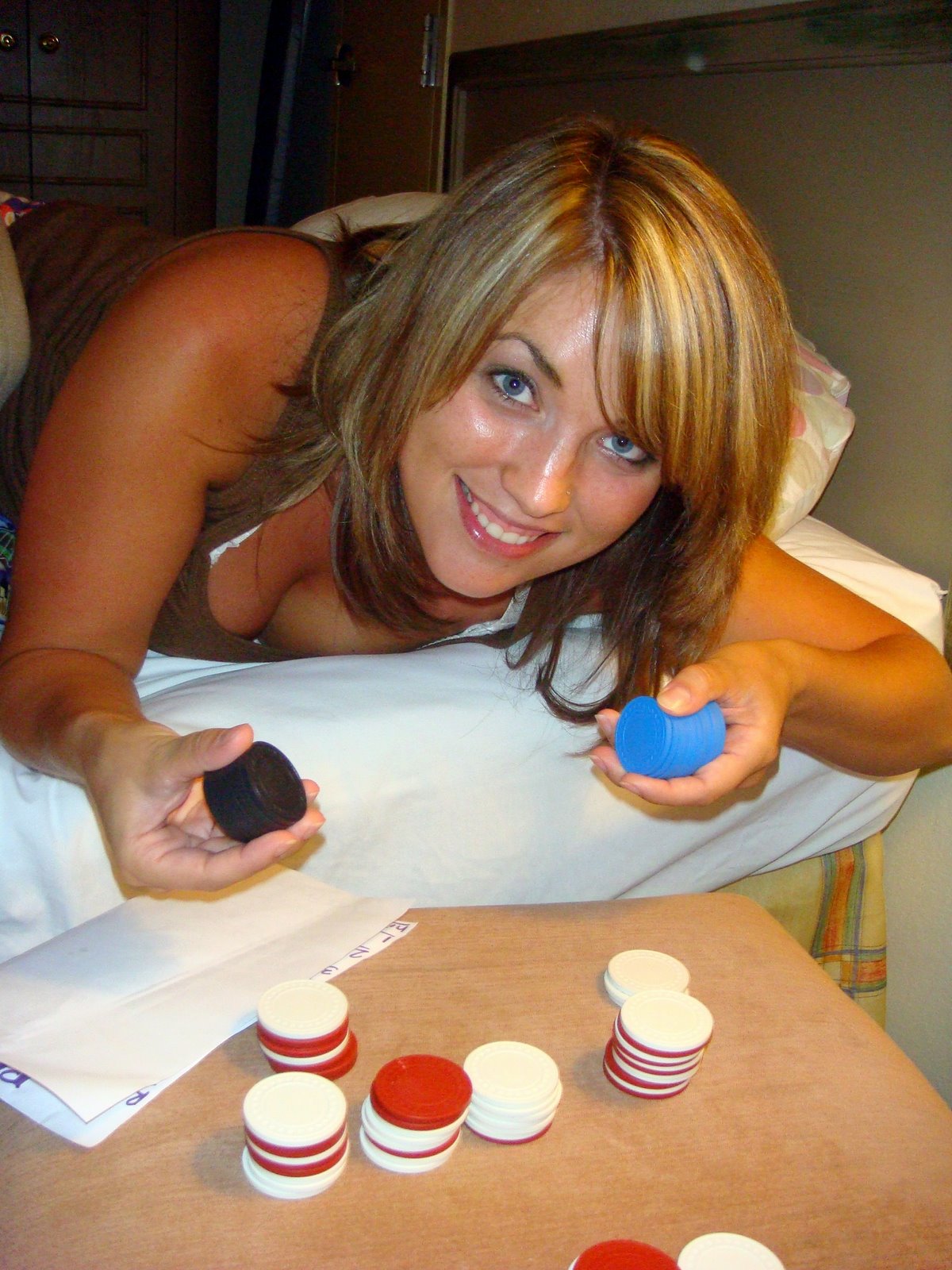 I was worried before we left for the trip that Katie and Ashley wouldn’t have a good time because Kye was with us. I knew they both love him but a baby REALLY does change everything! It makes things more difficult because we have to stick to his schedule. Sure, we can break the schedule but it’s just not worth it. Kye isn’t as happy and that makes everyone less able to have a good time. I know it may not have been AS much fun for them as it could have been pre-Kye but it meant a lot to me to see both of them play with him and enjoy spending quality time with him.

Aunt Ashley watched him while I showered Saturday afternoon! 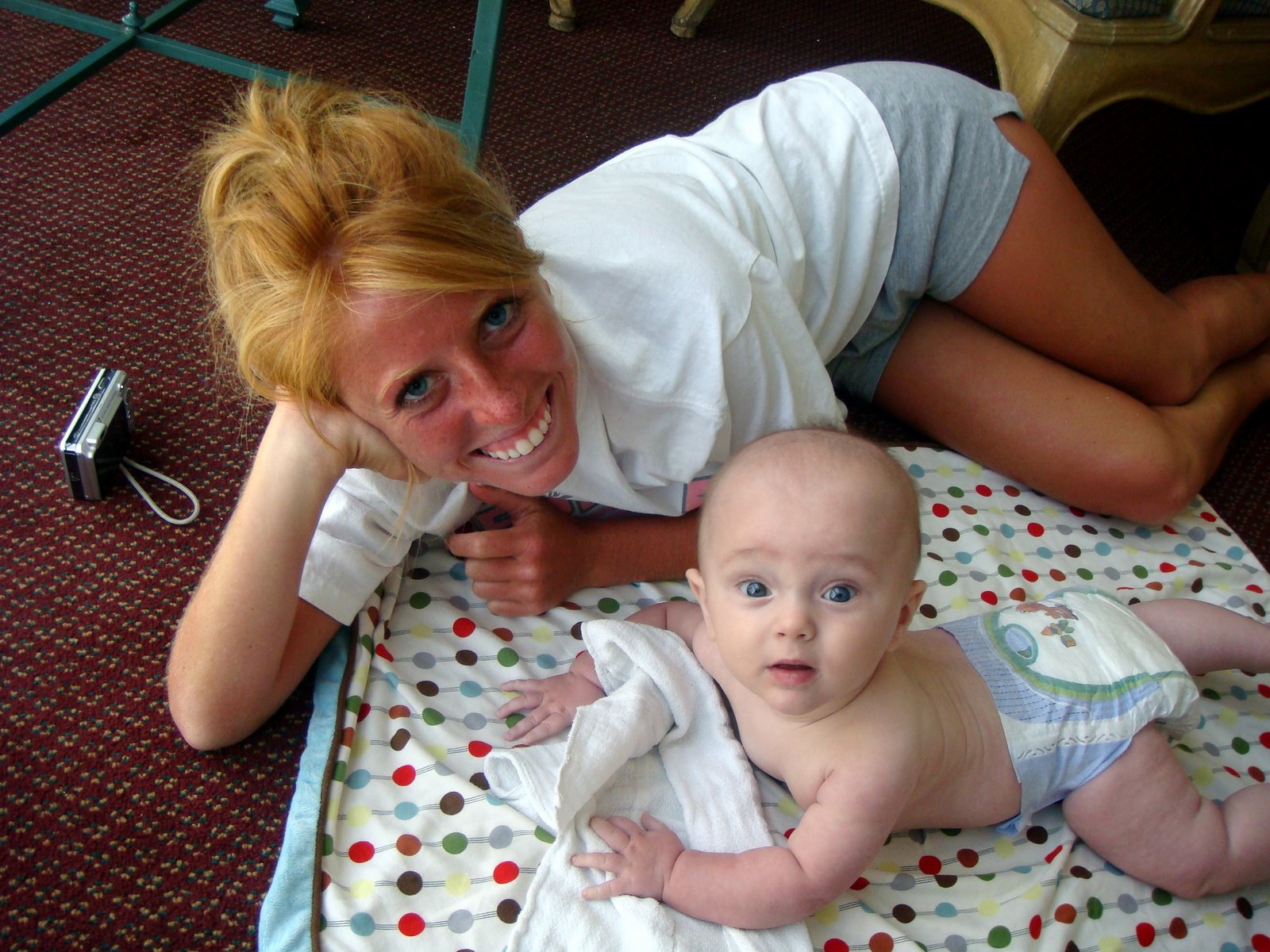 And Aunt Katie played while I got ready Sunday morning! 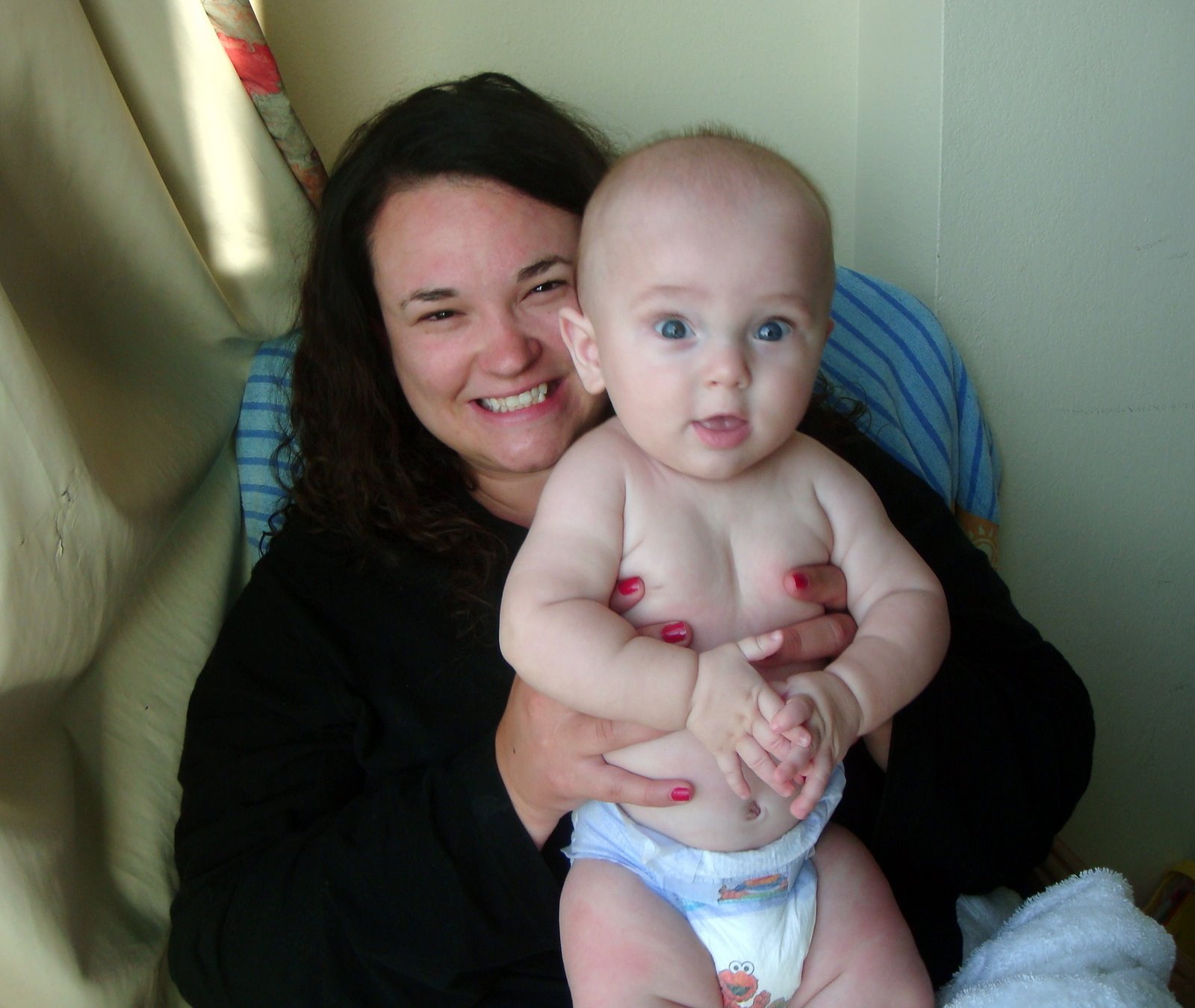 Overall it was SUCH a fun trip and I’m so so so glad we all went! I think it brought us all back closer together which was nice because it’s tough to make the time for each other that we used to be able to do so easily. I’m pretty sure Katie and Ashley had a good time too because we’re already talking about many other trips in the future together!