Growing up I always have had two things I have wanted to do with my dad before we die. I know that’s random (but I’m sure everyone has “bucket list” type things right?) but I always wanted to go to Graceland together (as Dad loves Elvis) and I wanted to go to a Florida State vs. Florida game at DOAK together. With the craziness of our lives it seems unlikely that it’ll be happening anytime soon and Zach knew how much I’ve wanted to go to that football game (he’s not an Elvis fan so Graceland isn’t happening!) so he got me tickets for us to go together! He actually gave them to me as a gift for our anniversary in 2009 (remember?) so it was great to finally get to use that gift 🙂

The game always falls over Thanksgiving so we rested on Friday then headed down to Tallahassee Saturday morning. We went to lunch at Macaroni Grill (and I SWEAR I took pictures but can’t find them for some strange reason?!?) then got dessert at TCBY (both places were mine and Katie’s favorite spots when she lived in Tally!).

Had to get my fav. flavor: cotton candy 🙂 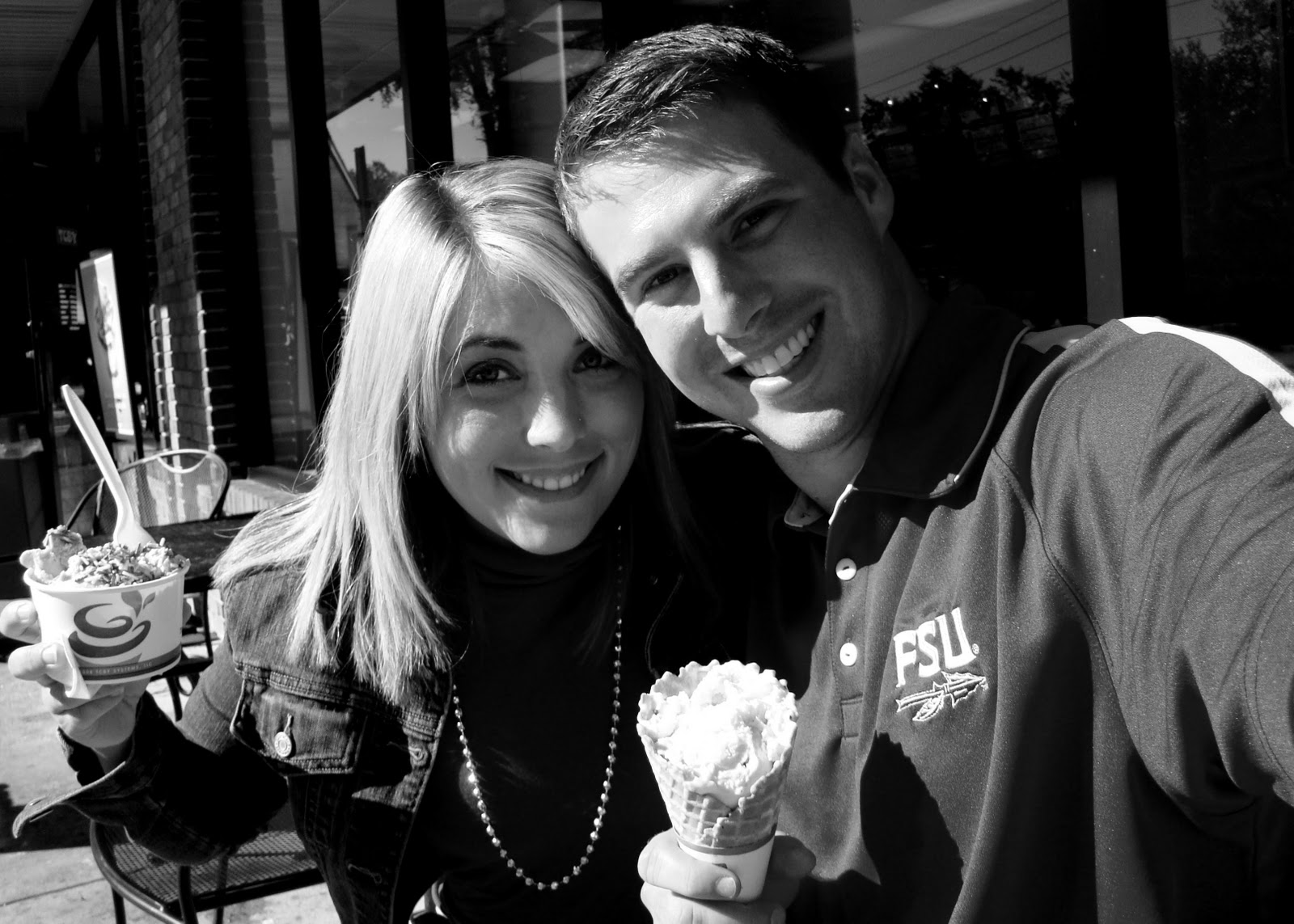 We didn’t want to get to the game too early b/c it’s uncomfortable for Zach to sit too long. It all worked out great though and we found an awesome (potentially semi-illegal) parking spot and took our time walking to the stadium in the beautiful weather. 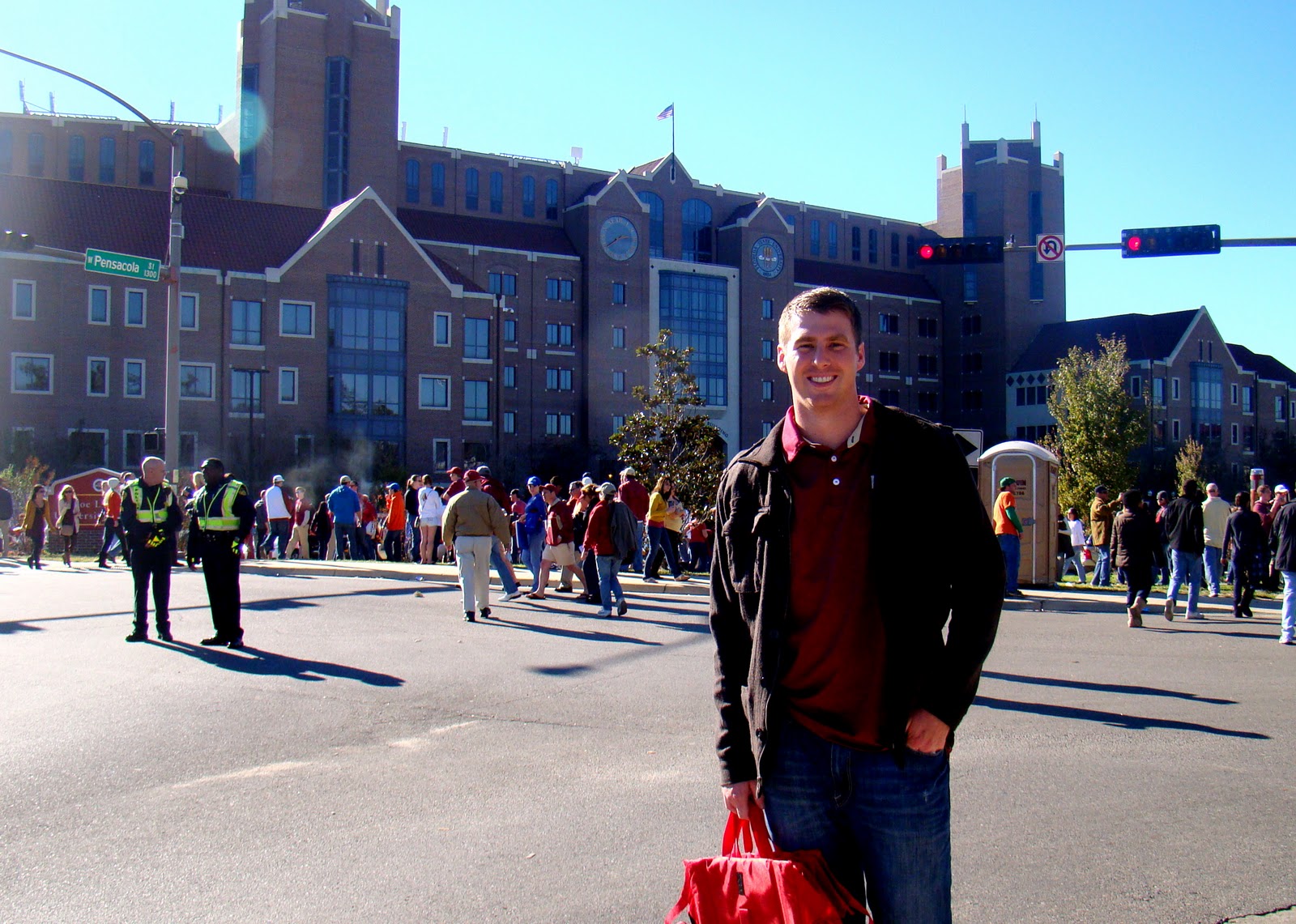 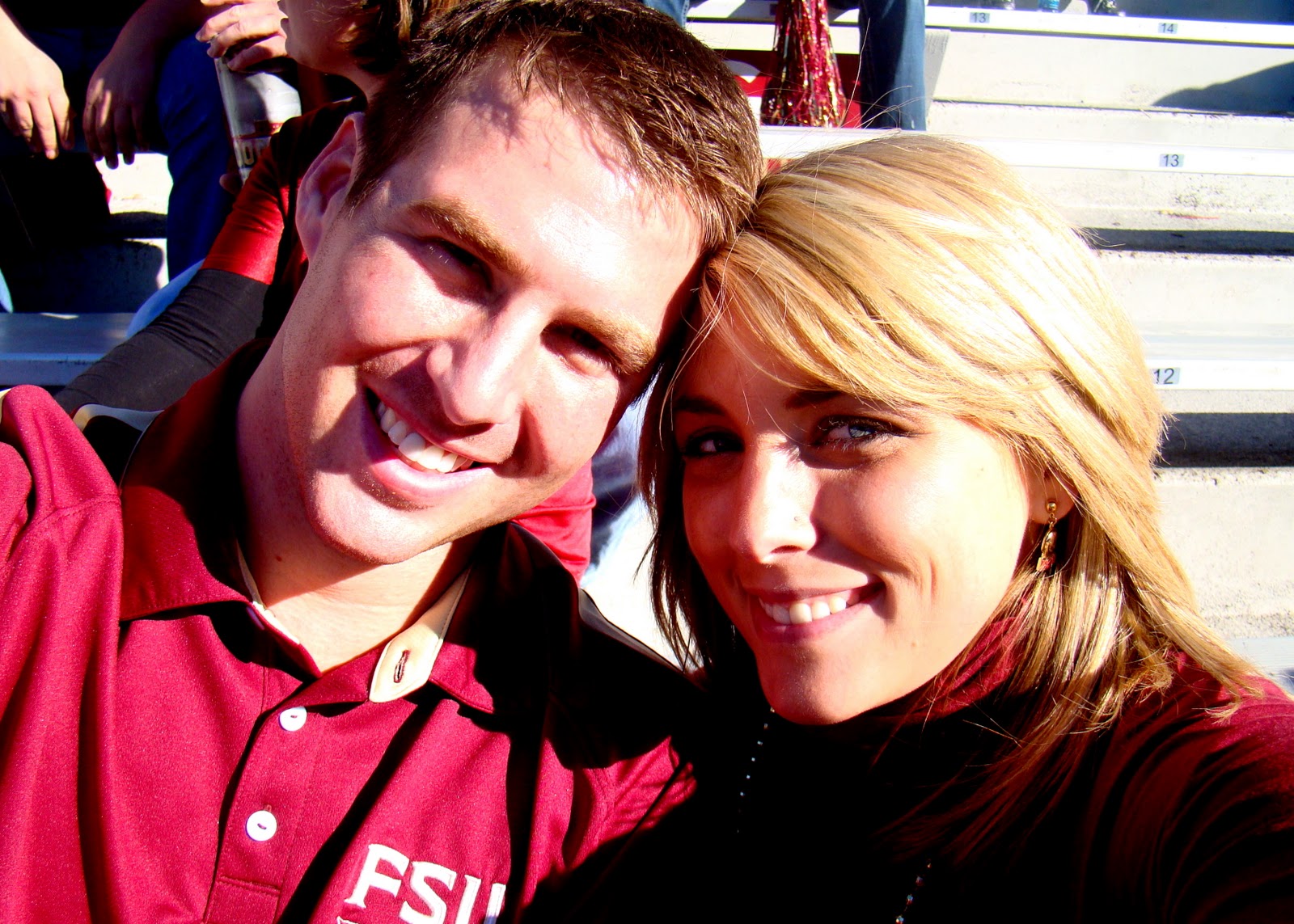 It was SO exciting to get to be there for the big game. As a kid my family wasn’t too into sports (really? does that surprise anyone?) but one game I remember watching is this one. I remember my dad calling a good friend whenever we scored and Bob would call him whenever UF scored. I’ve always been anti-gator and our dog Christy would “go gator” instead of “go potty” 🙂 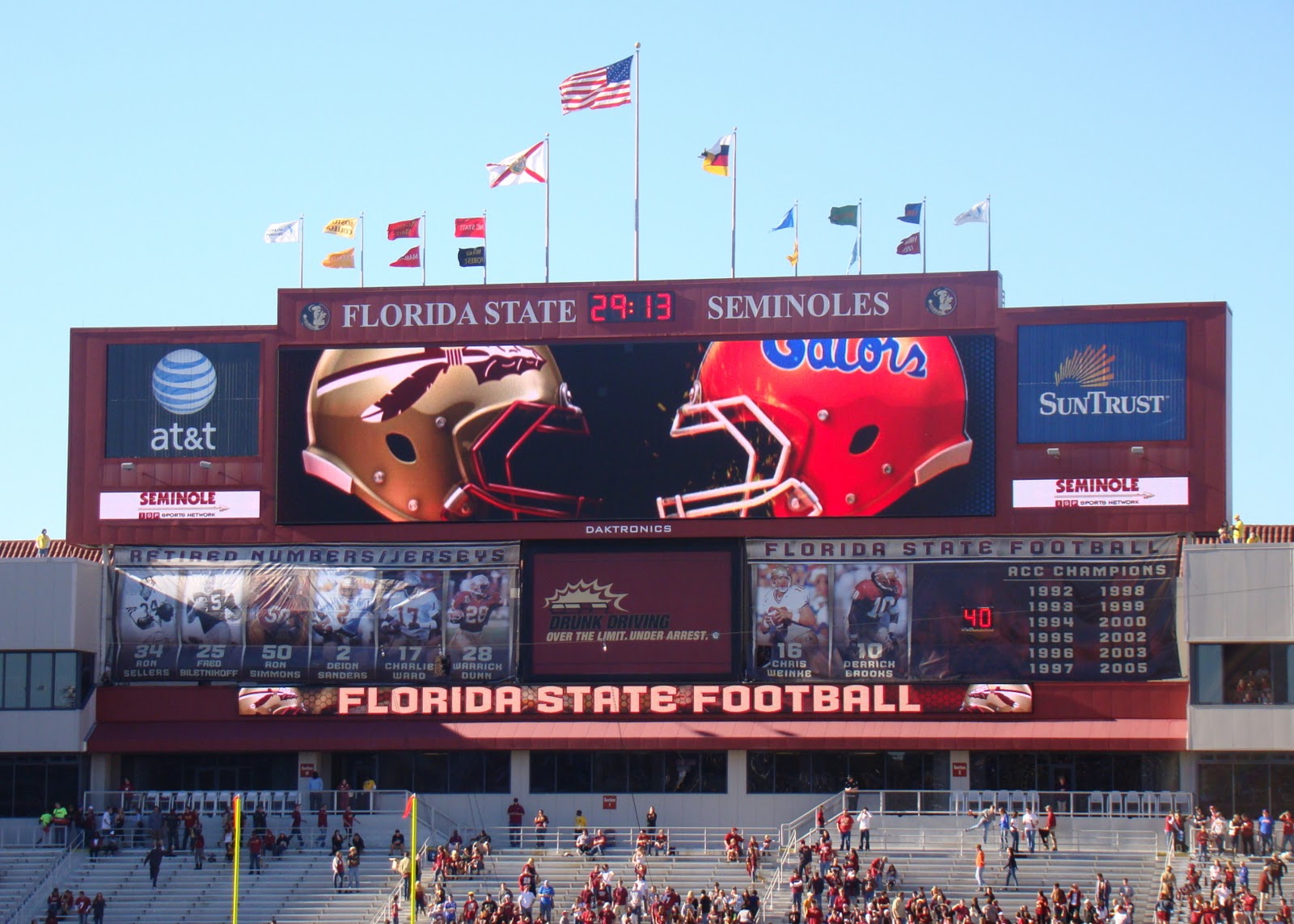 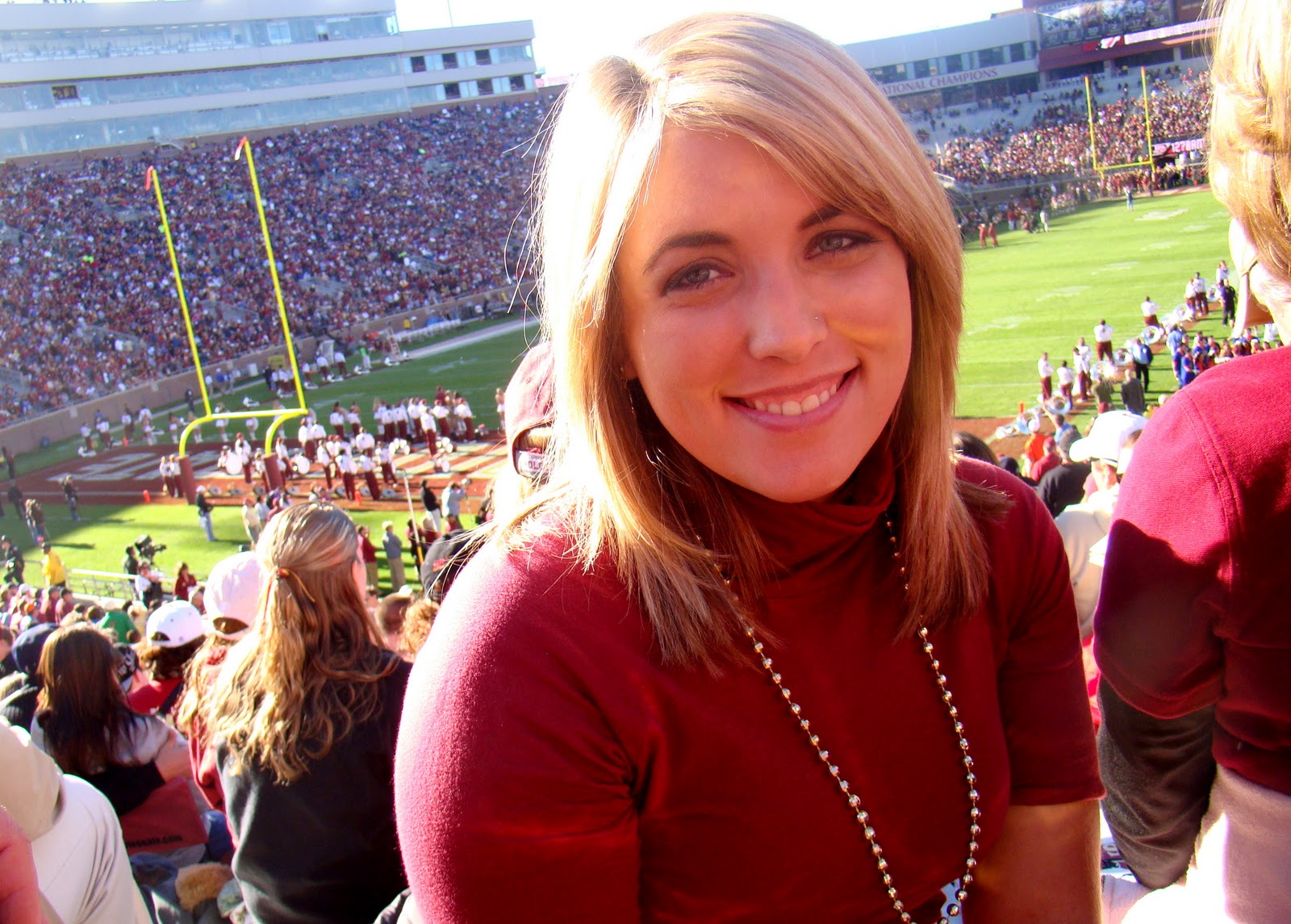 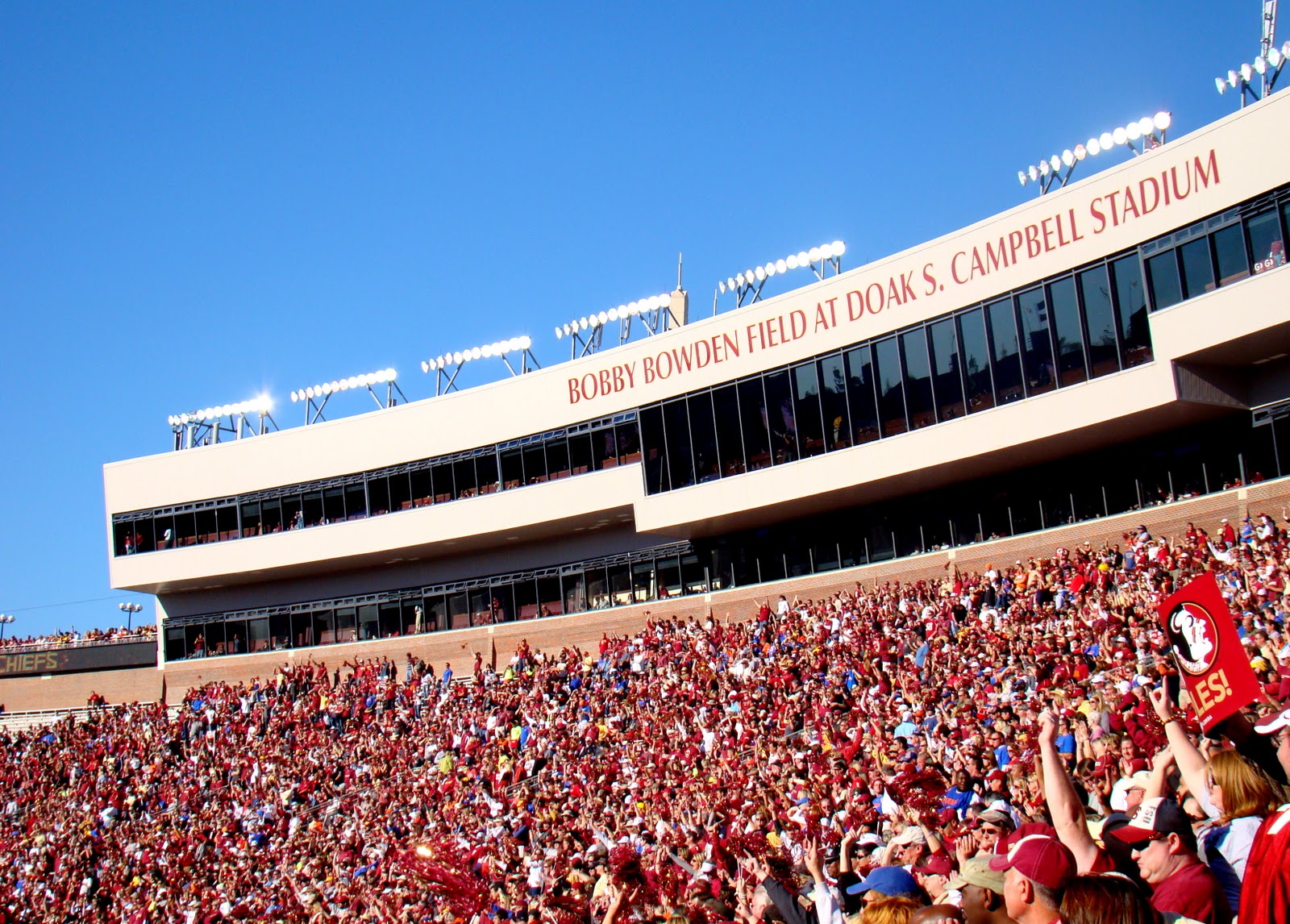 Both bands played together during the pre-game festivities 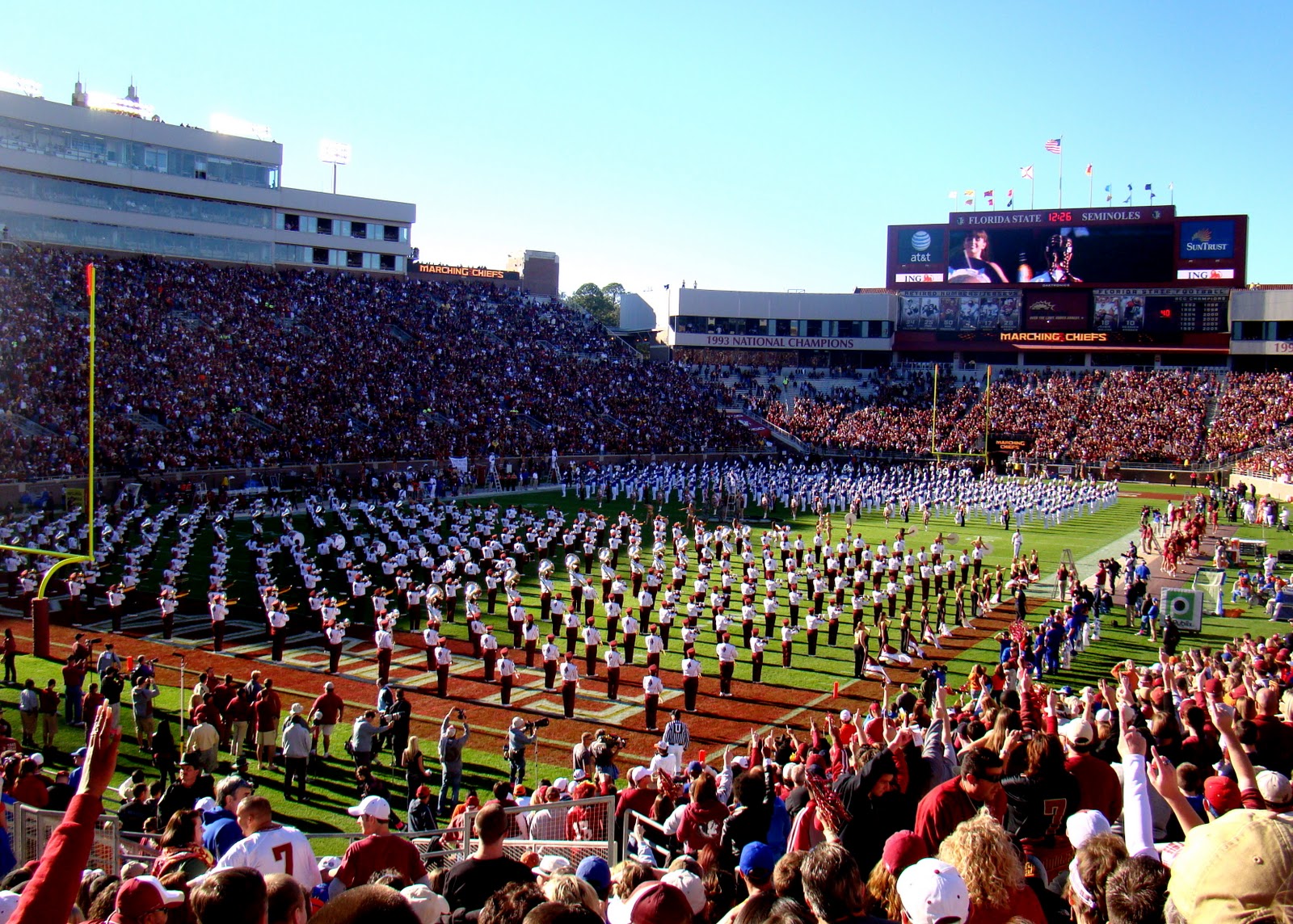 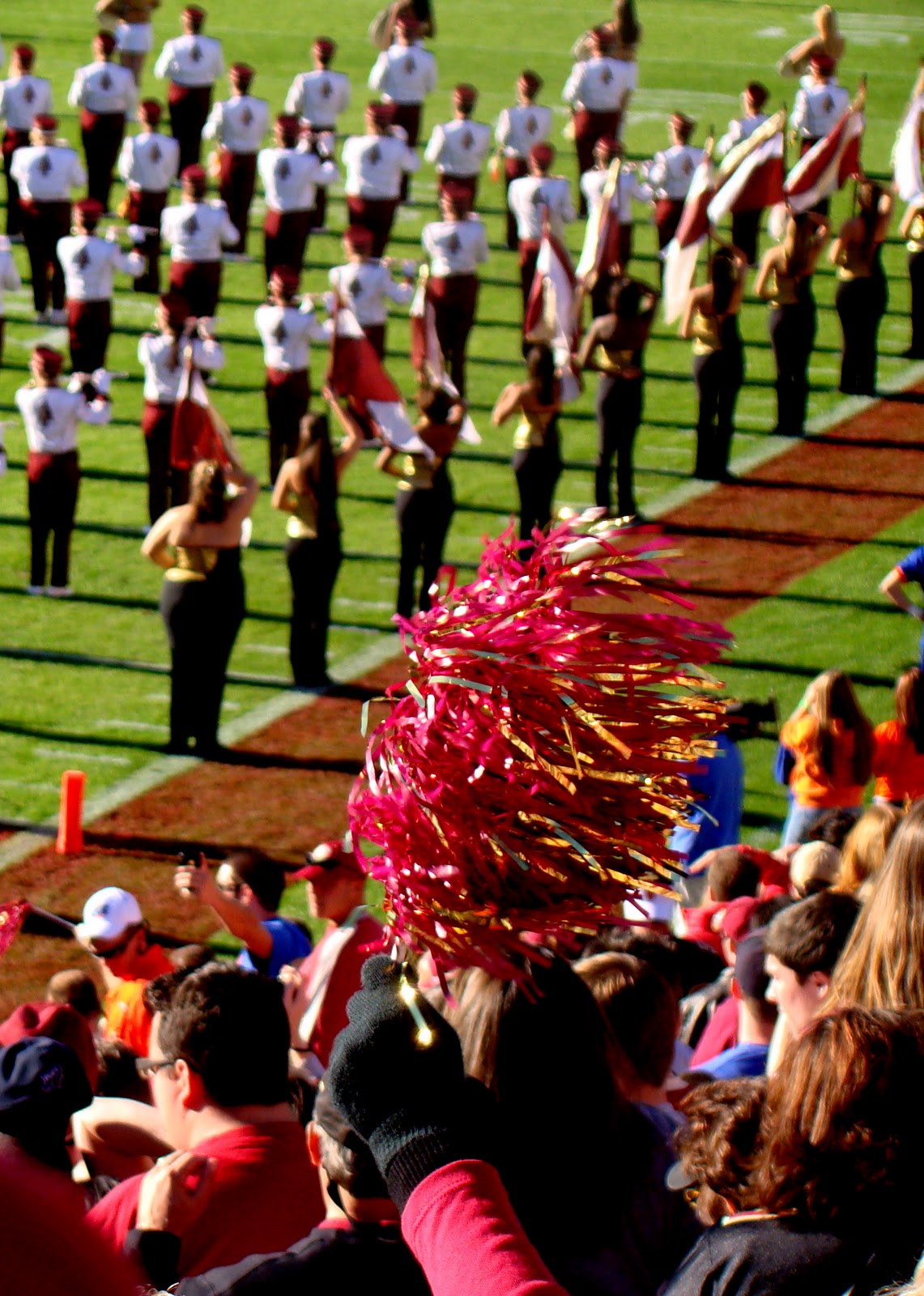 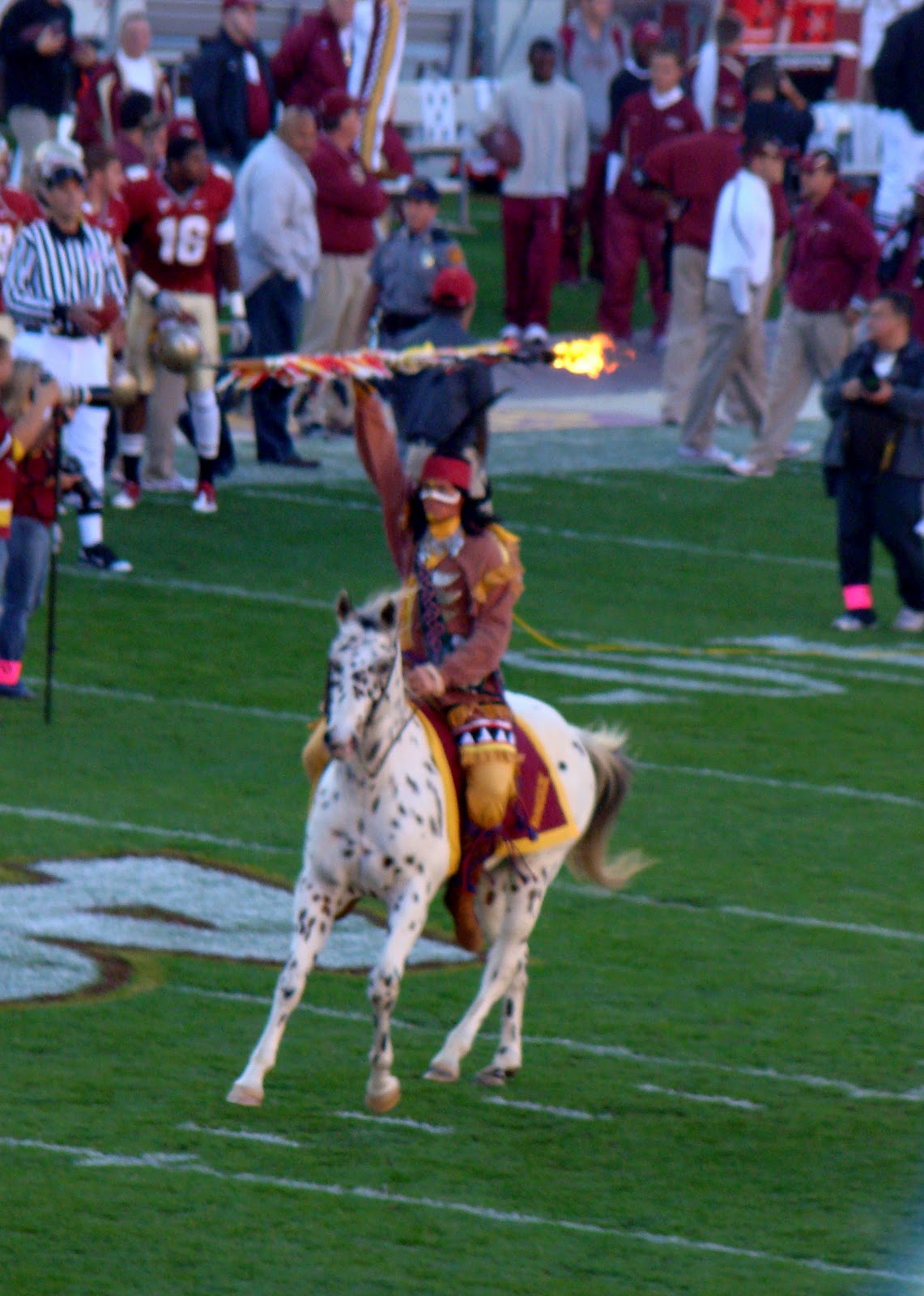 We decided waaaay back when we got the tickets that Kye would not be coming to the game. We just didn’t want to risk it in case things were wild. And while I’m glad we made that decision, I did miss him while we were there. It was just SO fun to have him at the first game we went to and I think he would have enjoyed all the fun pre-game stuff and all the loud cheering and such during the game! 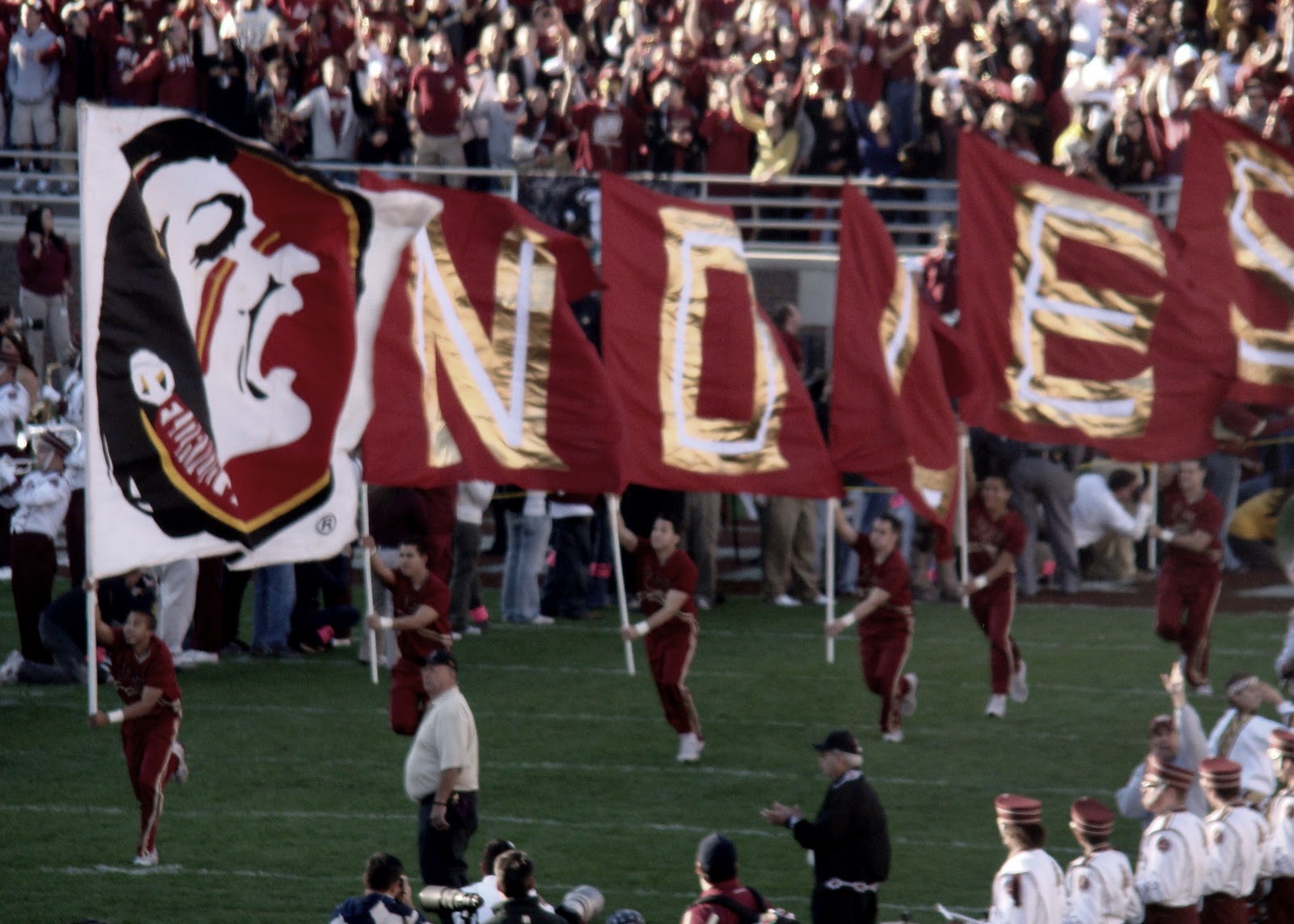 love to see that sea of garnet and gold 🙂 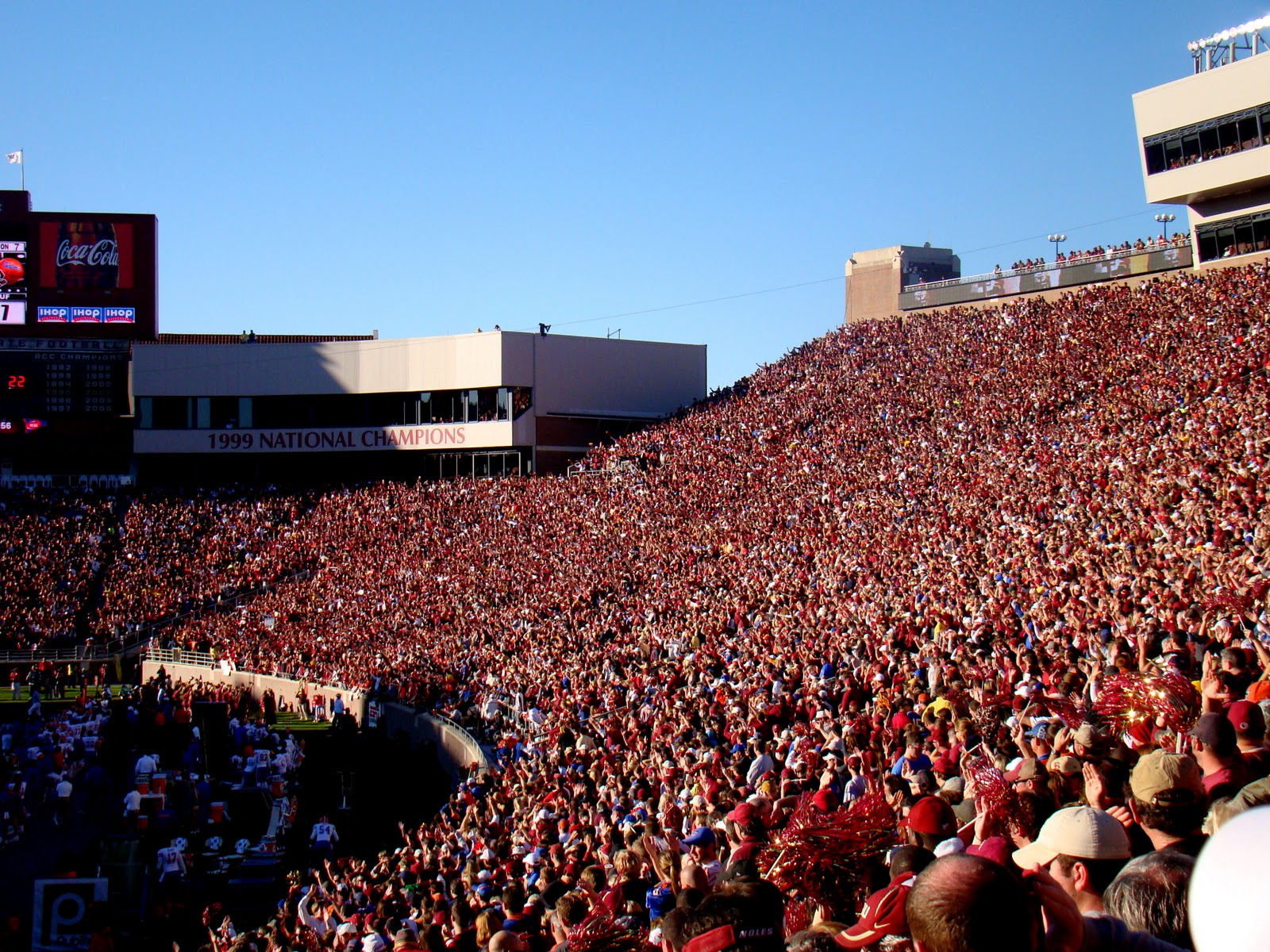 We were hopeful that the 6 year losing streak against Florida could be broken. Without Tebow there’s a chance right? Our hopes especially laid in the hands of Greg Reid. He’s been an awesome asset to the team this year and he actually played at Lowndes! Random! 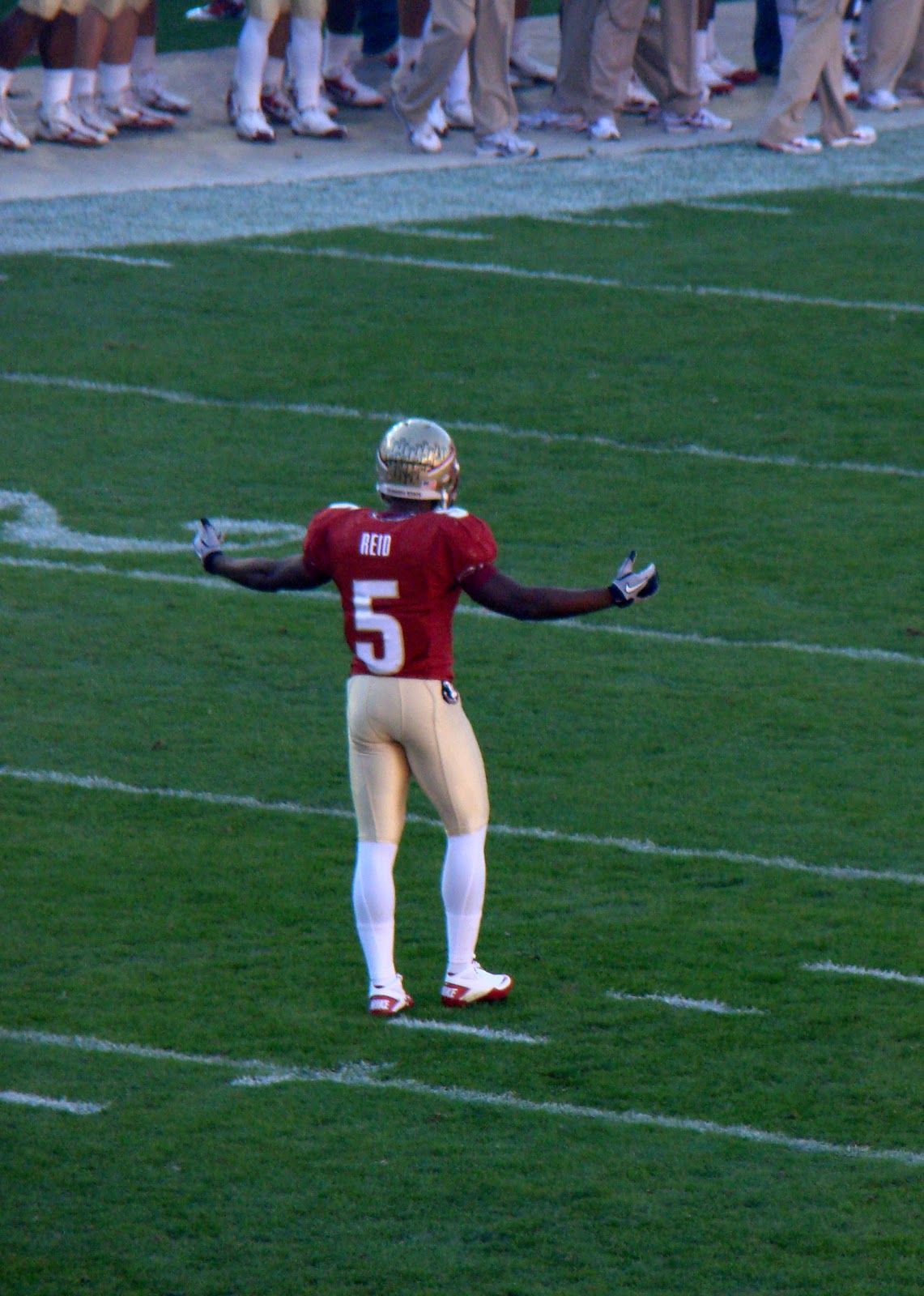 When the game first started I thought we were doomed. We didn’t look to good and UF scored early on but after that it was OVER. And I mean OVER!!! 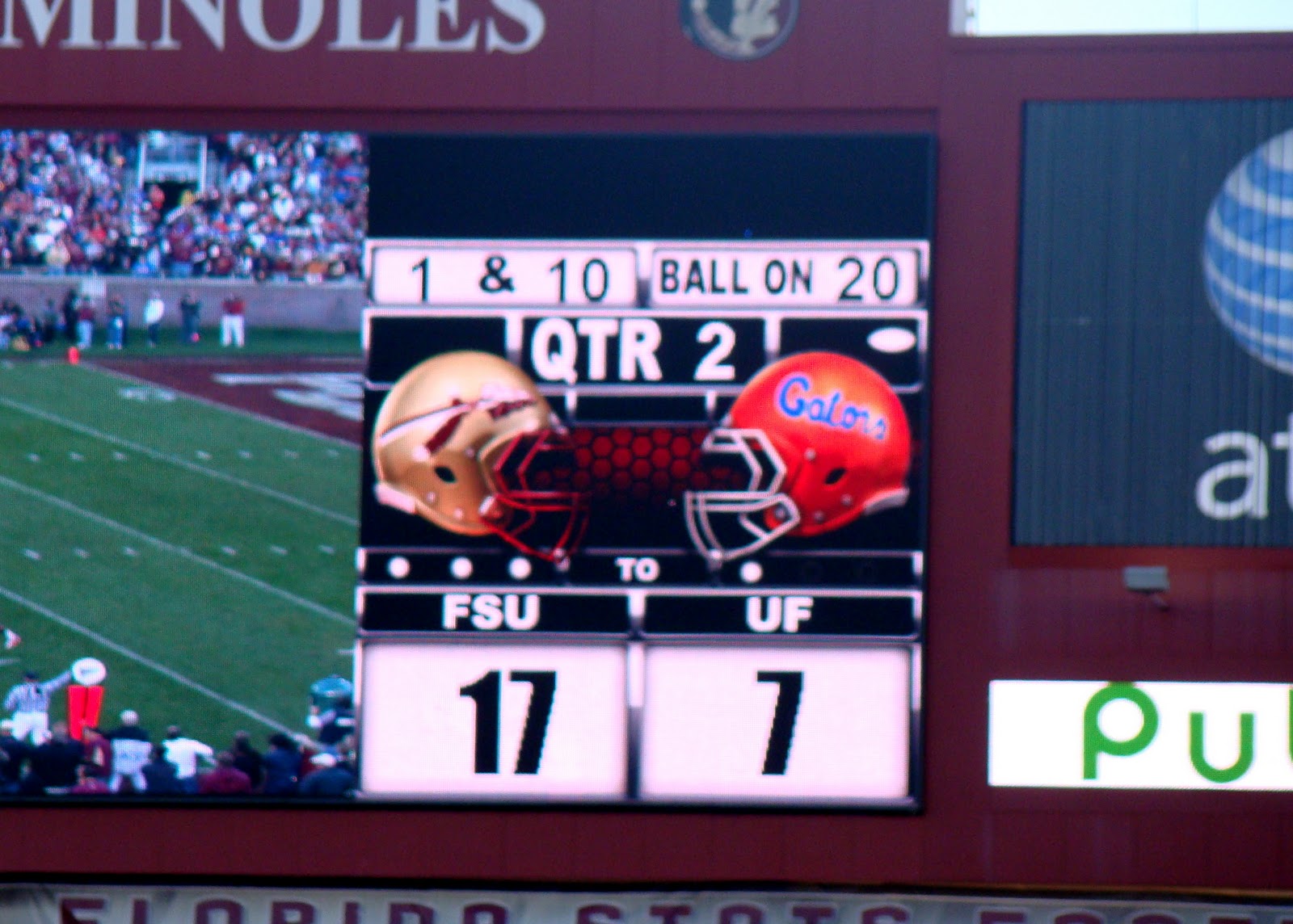 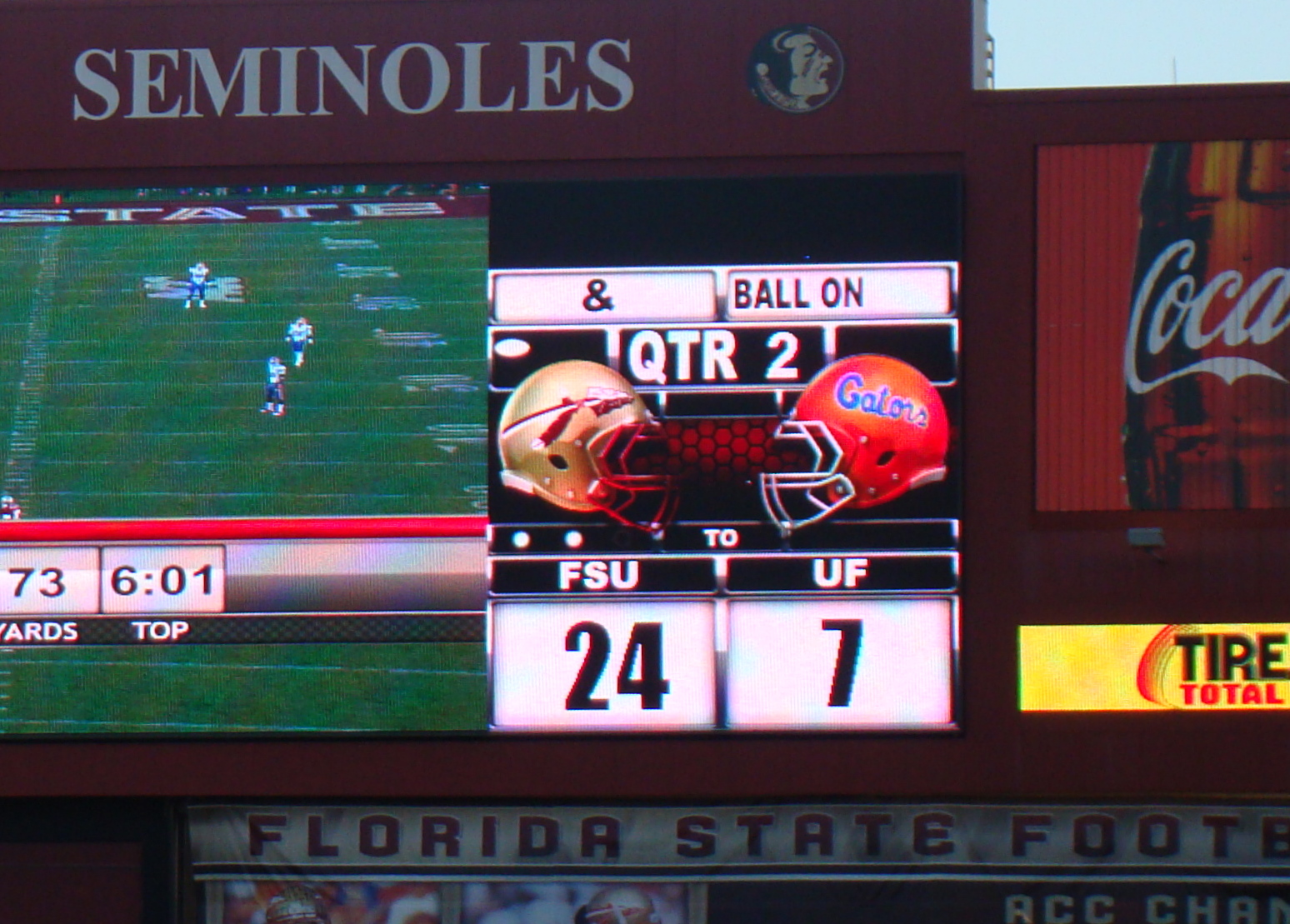 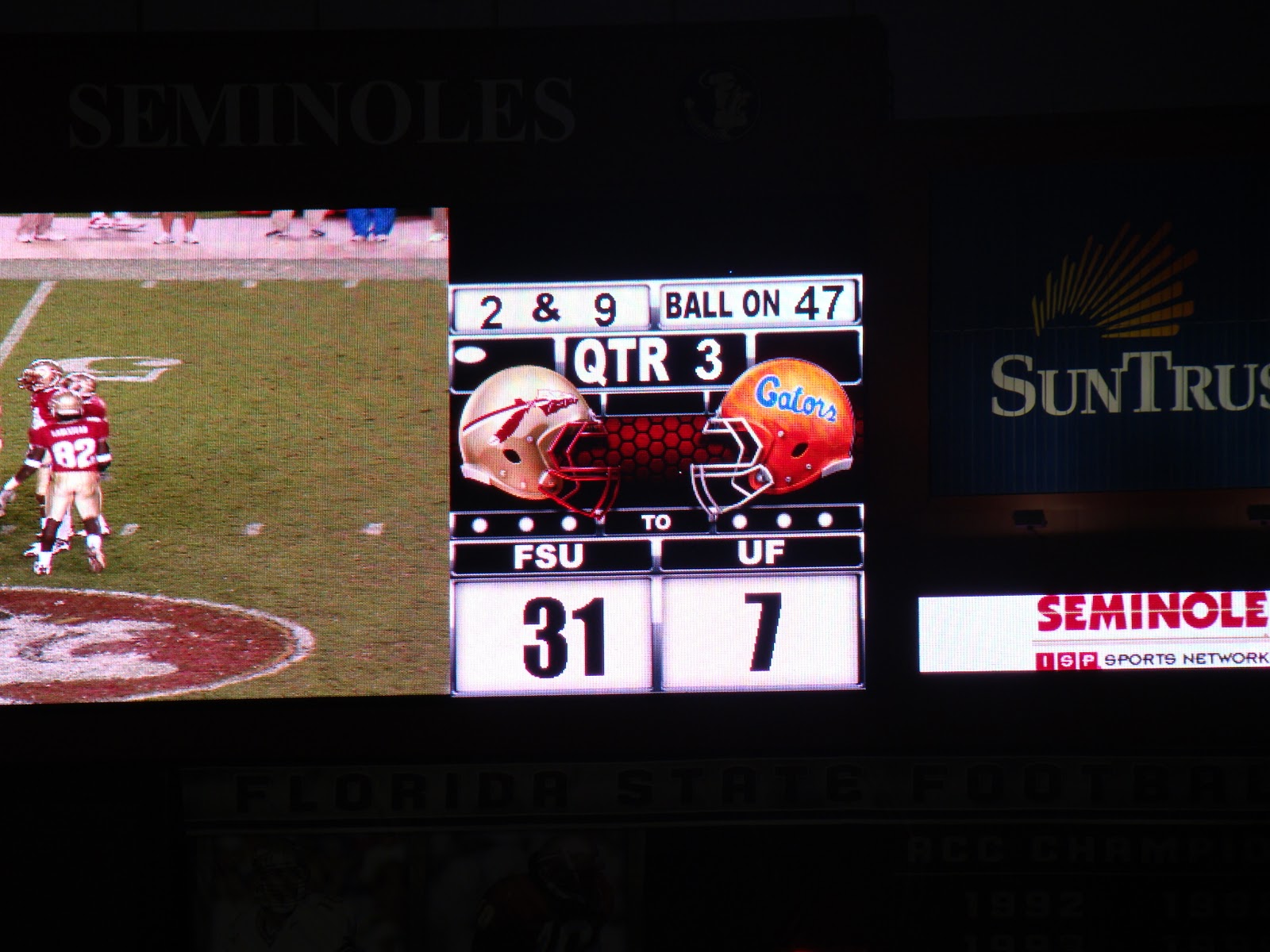 We beat ’em 31 to 7!!! SUCH an awesome game to be at for sure AND since Maryland beat NC State the same night it meant that we got to play in the ACC Championship Game (we lost to Virgina Tech but oh well)! The crowd was INSANE everyone was so pumped. Here’s a video of everyone chanting, a video of us singing good-bye to the Gators, and a video of the last minute of the game leading up to our VICTORY! 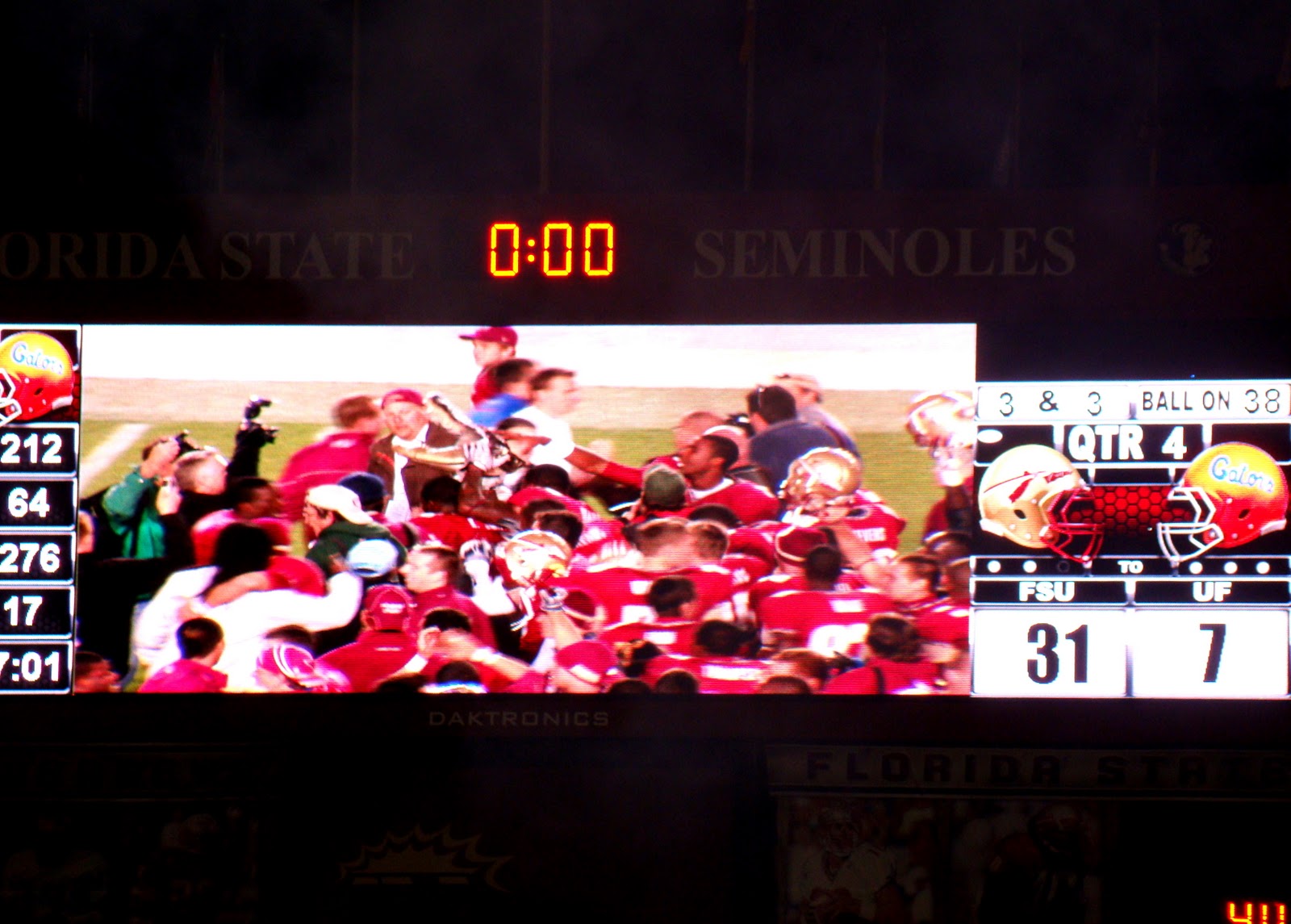 What kind of good luck charm are we?!?! It was so awesome to be part of something so big for my old school! I’ve never seen the Gators play before but it was great to see ’em lose, that’s for sure 🙂 Everyone around us was so into it and that was a big part of our entertainment for the evening. Since Tallahassee and Gainesville are so close (I heard a guy say to get to Gainesville from Tally you “go east until you smell it then south until you step in it” haha) there were a lot of Gator fans there which made it interesting. I know from being an away team cheerleader for Zach that it’s tough to be on the away team so the times we’ve gone to games I’ve tried to always talk to the away team people and never put down their team, etc. Well this Gator fan beside us gave all Gator fans a bad name! He was SO drunk and SO rude. Everyone around us was being nice to him and he kept trying to pick a fight with someone. It made it that much better when we beat them just to see that guy leave early before the game even ended because he was so embarrassed! 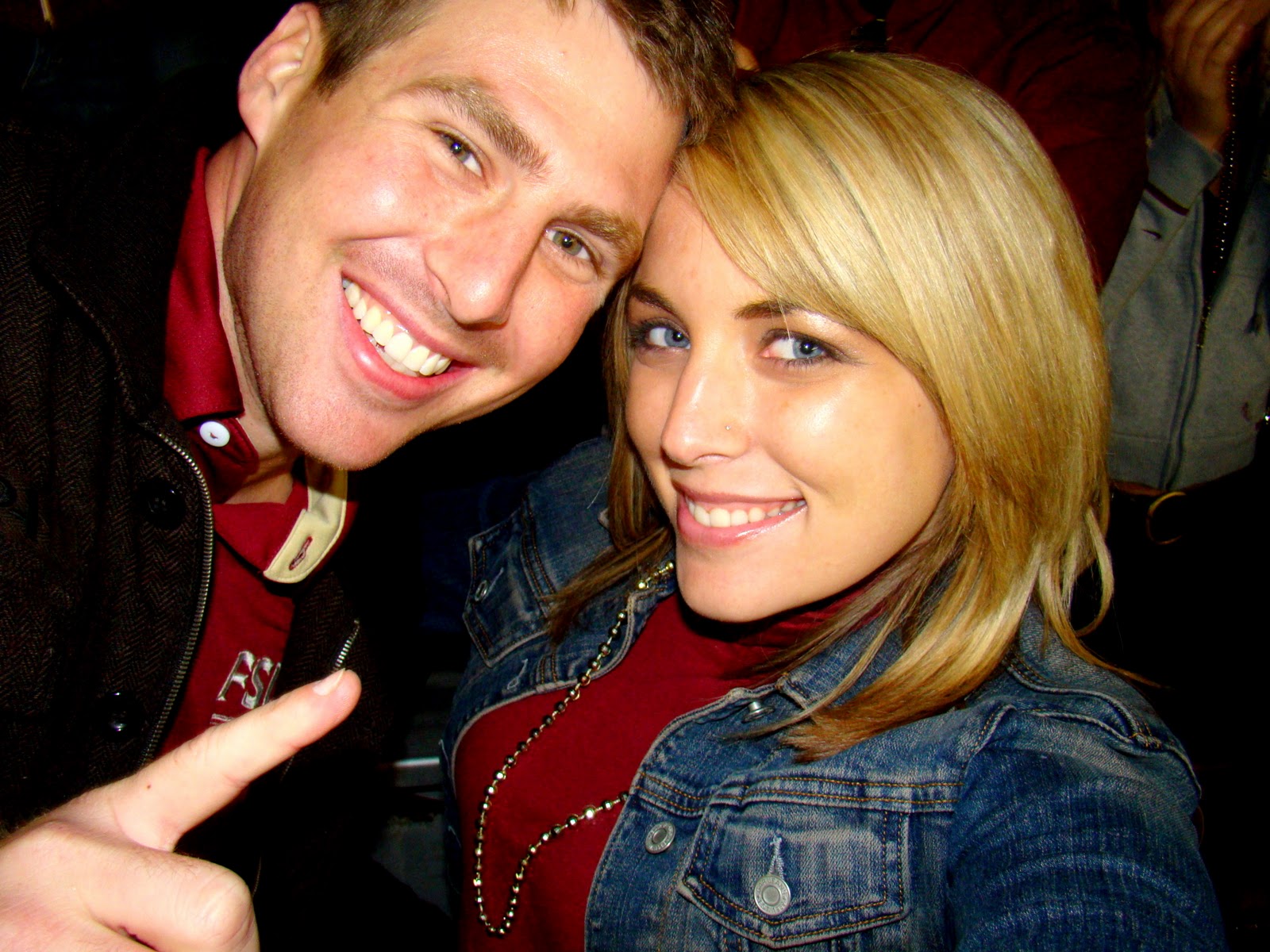 The whole thing was an awesome experience and something I’m so glad I got to be part of (especially for such a big WIN!). However, it wasn’t as amazing as I’d always thought it would be. After spending all those years at Zach’s games, nothing can compare to those times. Having emotional investment in the games and the wins and the loses and the players just makes it more exciting and fun and nerve-wracking than just being a fan. Winning two National Championships. Zach having the #1 play of the day on Sportscenter. I mean c’mon! I will NEVER forget the awesome feeling of charging the field with Katie (and getting on tv score!) after we won the National Championship in 2007. SUCH great memories! I’m glad to add this memory to the book, as it was a great one, but it’ll never come close to being as great a memory as those times were for me. I guess we sometimes have “bucket list” moments in life that aren’t even on our lists huh? 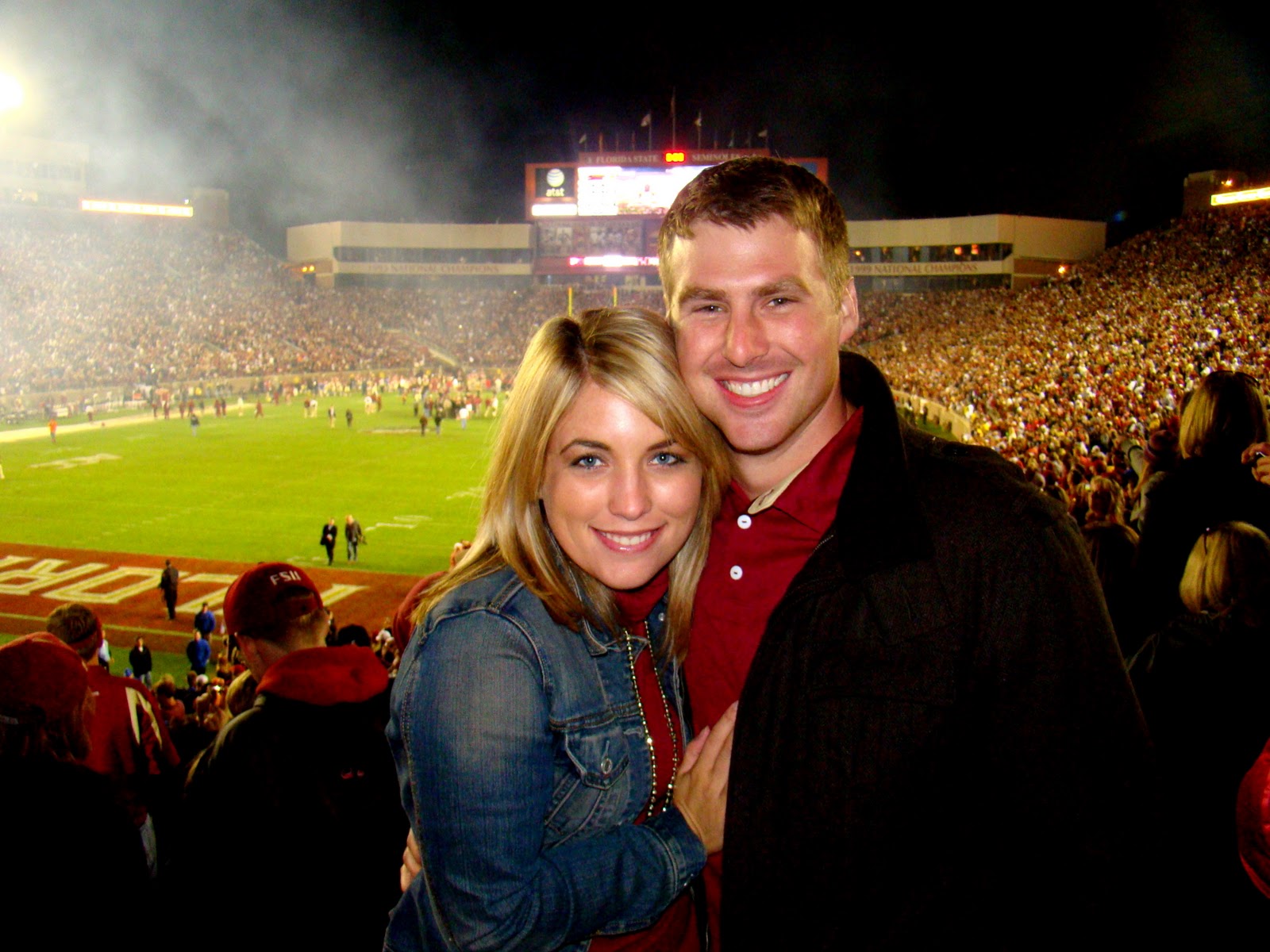 It was a fun night and a nice chance for Zach and I to spend quality time together! Even just on the car ride I enjoyed talking with him and catching up just the two of us 🙂 I’m hopeful that FSU will have a great deal on tickets again next season like they did for this one so we can go to more games as it’s been a new, fun thing to do together!