After Katie’s housewarming party we really all wanted to get together so we made it happen! She hosted a cookout at her house this past Tuesday night and it was a great time! I got to make the Pampered Chef Bread Spread recipe I love and Zach and I got to indulge in the leftovers after the get together 😉

Katie made her famous Caesar Burgers for us and they were DELICIOUS (of course!) 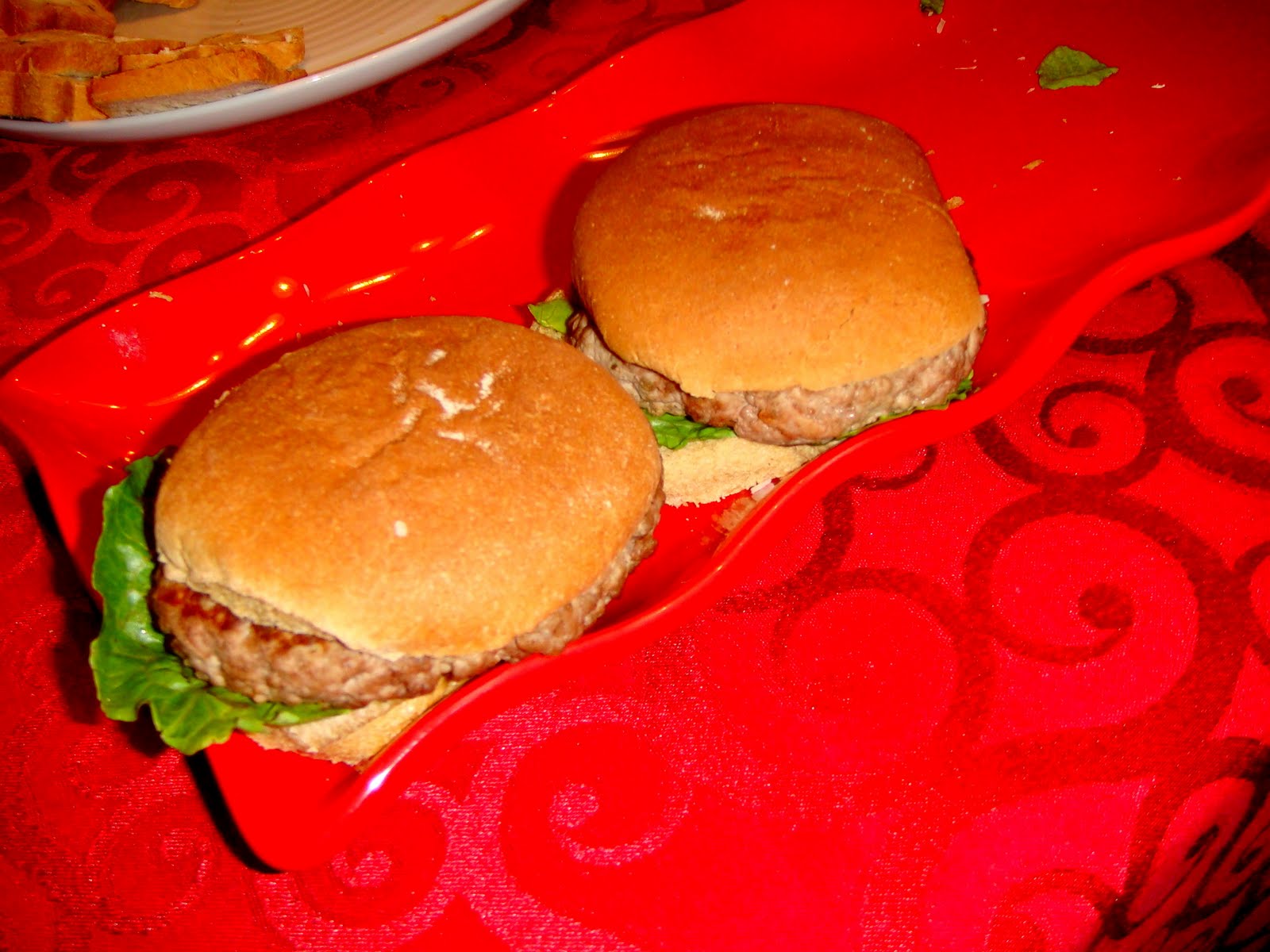 Katie’s sister, Hannah, lives with her so it was nice to get to hang out with her too! Zach and I love the entire Hitchcock family (lucky them!). We also quickly started liking Hannah’s friends, Amber and Jared. 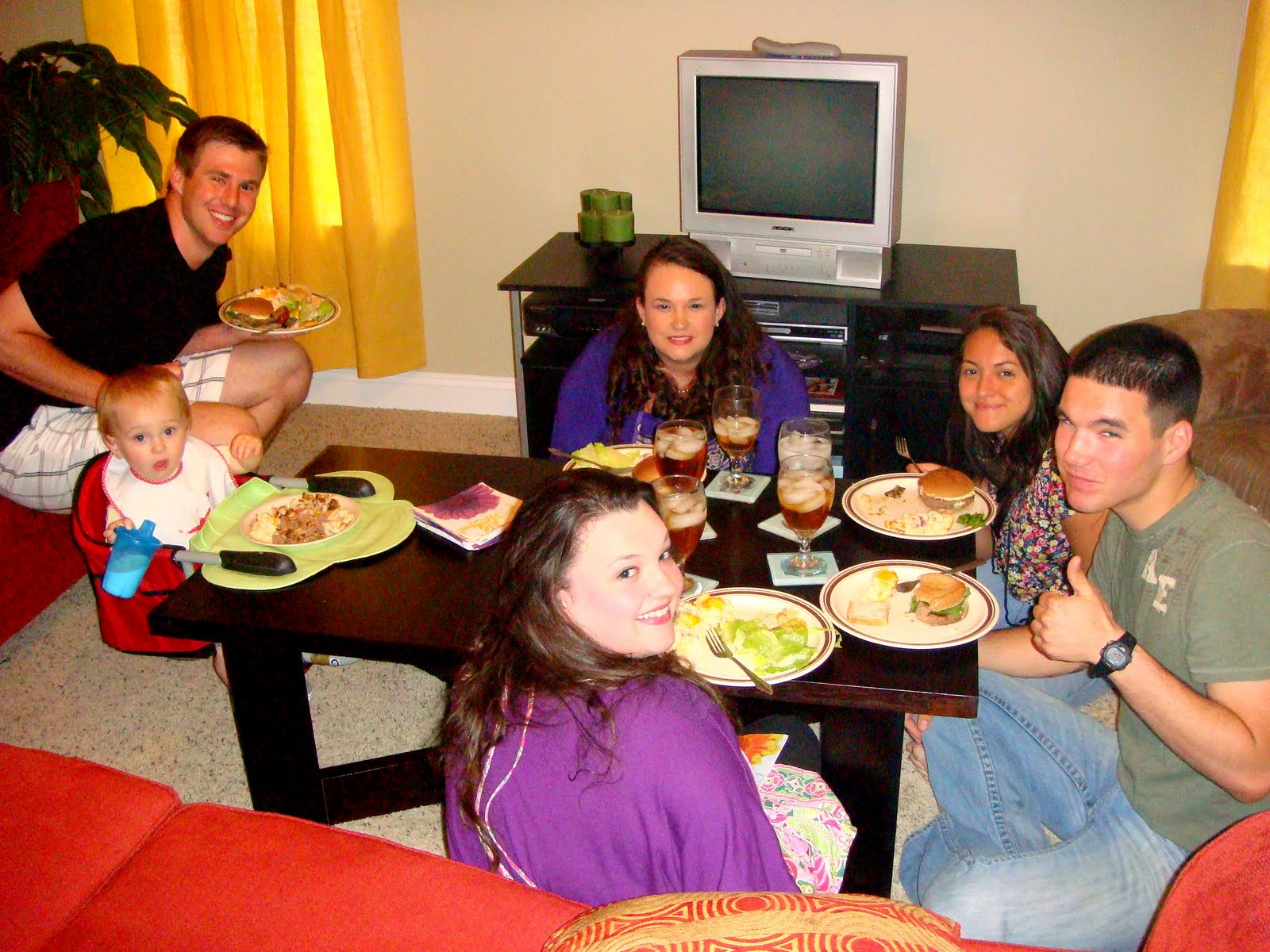 Amber was SO great with Kye…future babysitter? 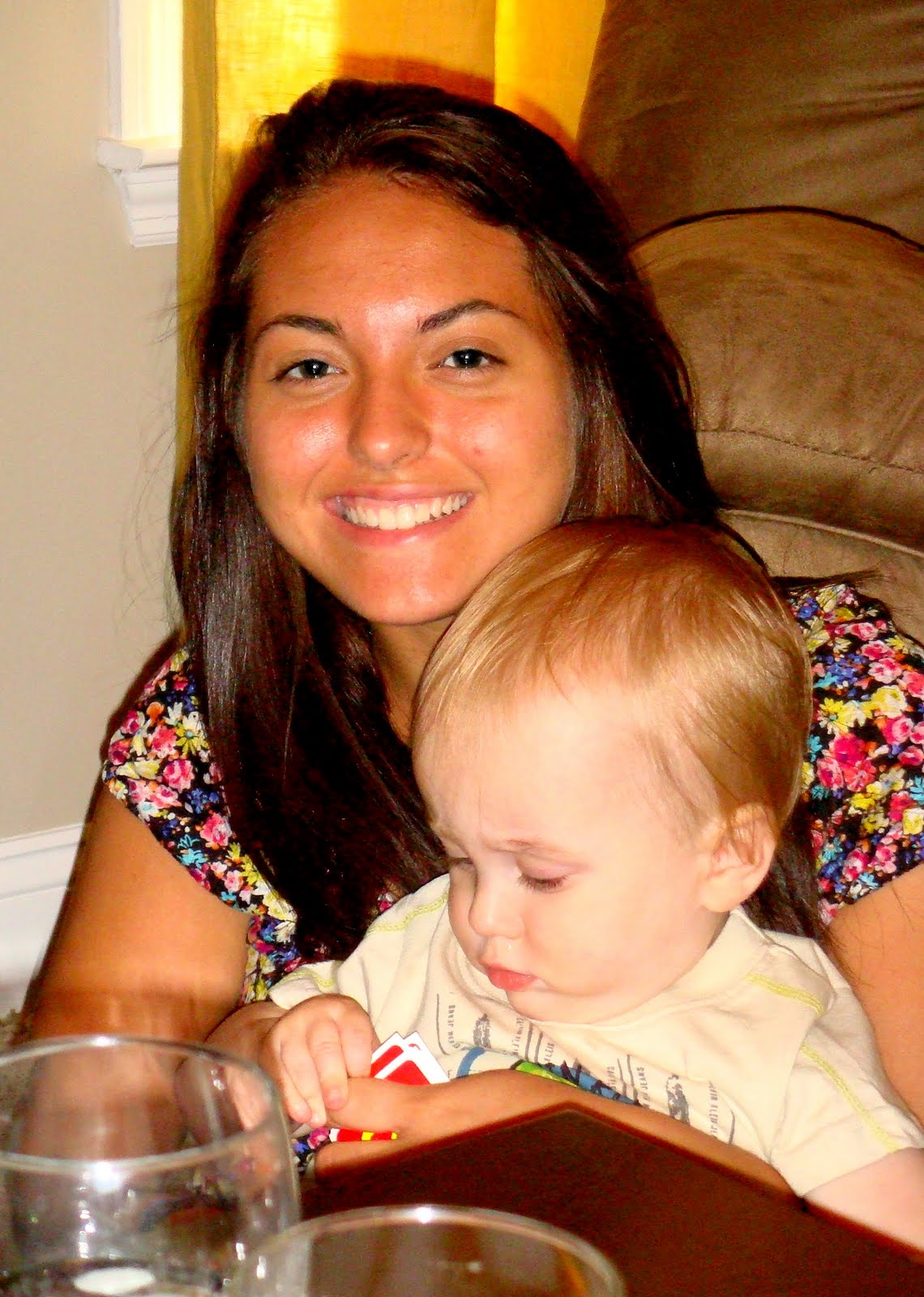 Kye was not very well-behaved. This night was a good lesson for Zach and I as parents. Kye is very well-behaved at home. He’s even better when he stays with people and we aren’t there. He’s at his worst when we are in a group setting with him. Zach and I talked about the reasons why and we realized it’s our fault. When in a group setting it’s easier just to give in and let him do things we normally wouldn’t let him do because we don’t want him to make a scene. From now on KYE comes first and being consistent with our parenting needs to be top priority, not being afraid of being embarrassed around other people! We ate at 5 and Kye doesn’t eat until 6 so it was just a bad situation with him (we also decided he doesn’t do well when we try to eat early so if we’re in a situation where we need to eat earlier than 6 then Zach and I will take turns eating and playing with Kye until he’s hungry enough to eat). He also picked that day to start teething really bad (we think it’s 1 year molar time?). We finally let him play with the discarded cards while we played a game of Apples to Apples

and it worked out great! He was a much happier kid (and he never even ate dinner poor teething boy!) 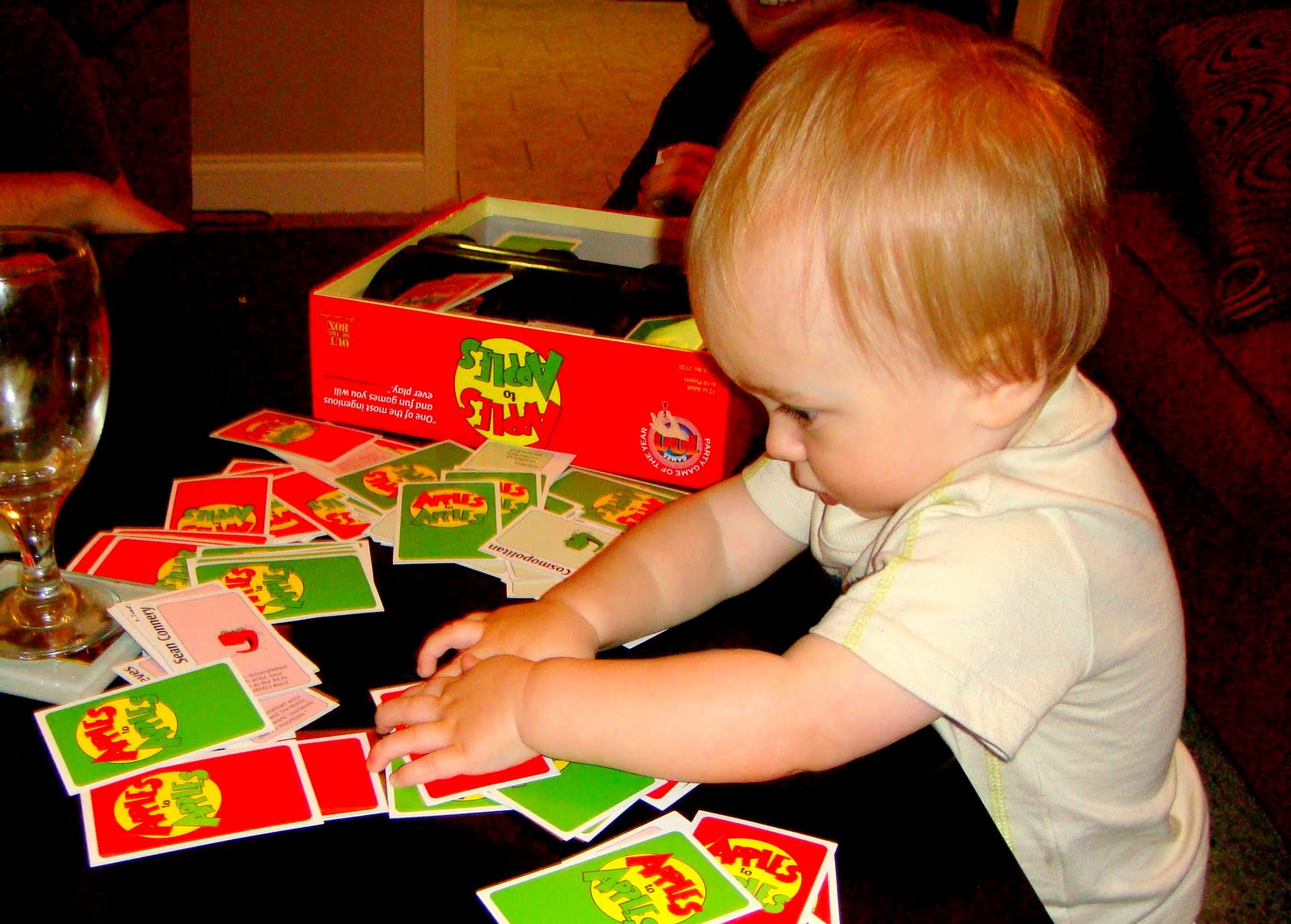 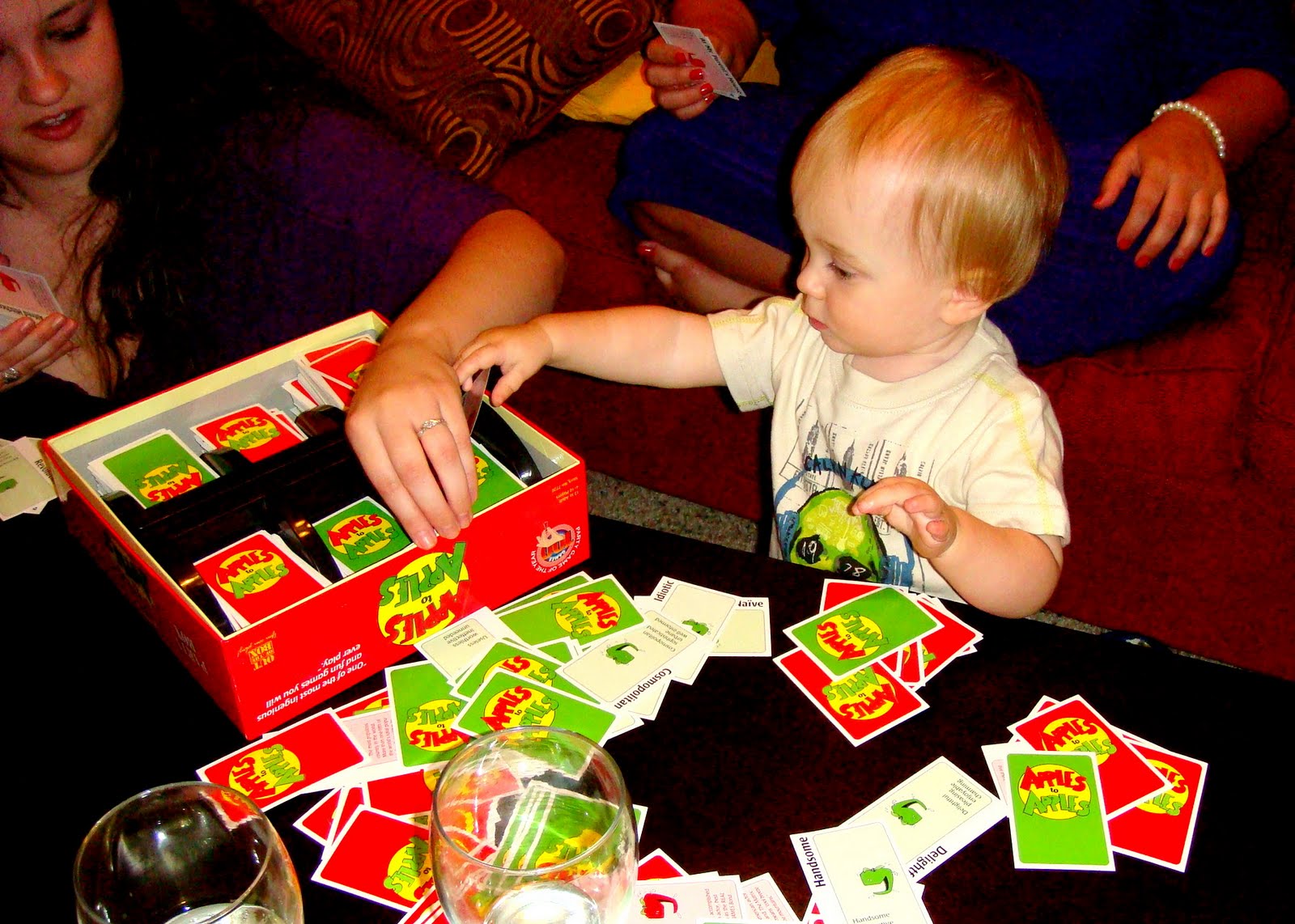 I really liked Jared as he actually managed to beat Zach to win the game! Anyone who can beat Zach is a friend to me haha 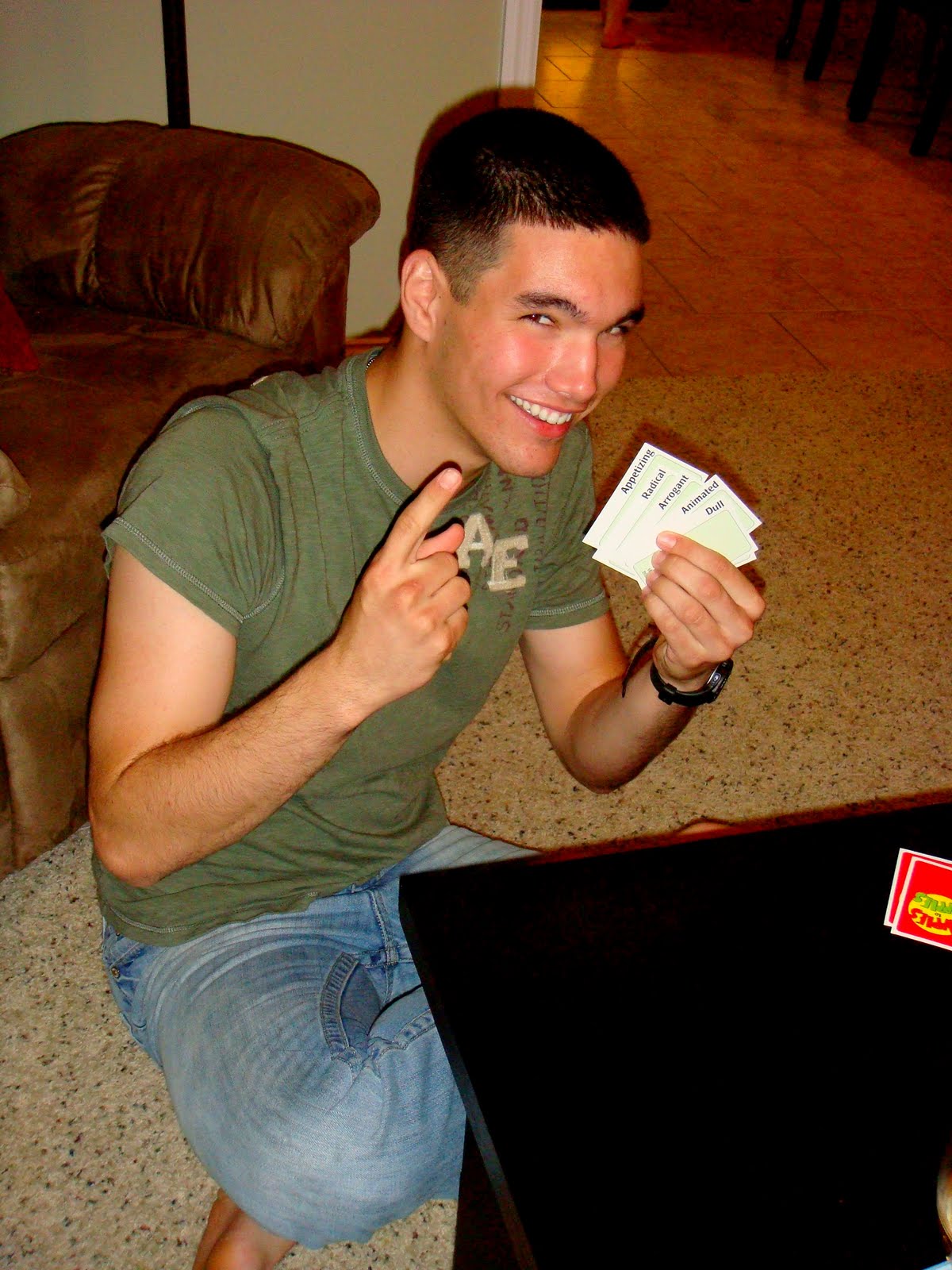 Even though Kye wasn’t at his best it was still a good time. It felt great to just hang out like we used to back in the day and I think Katie would agree that we must do stuff like this more often! As parents it’s SO easy to get wrapped up in the daily routine of family life and to forget that you need to let loose and have fun too!!! I can’t wait for the fun times to come 🙂 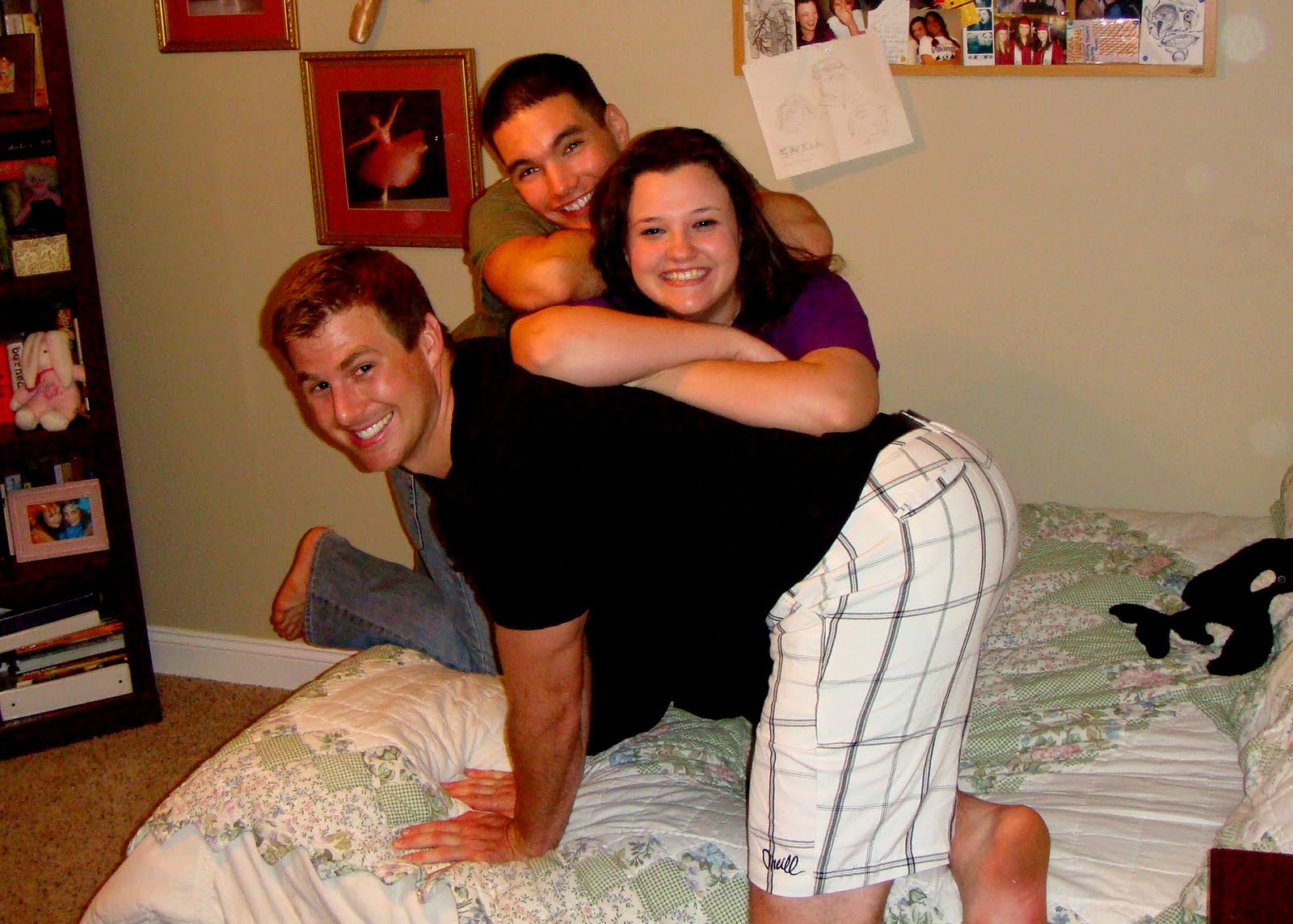 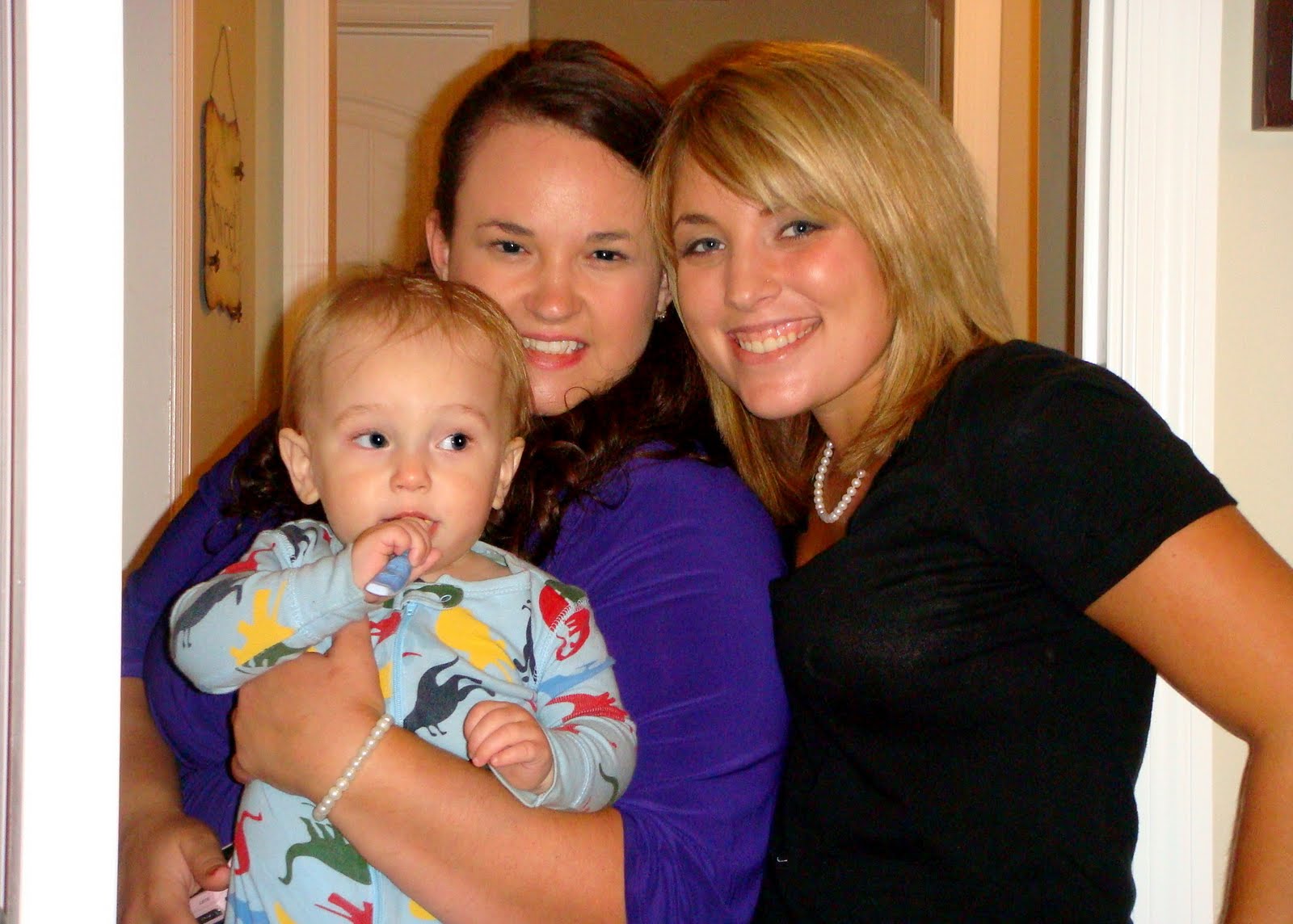