Marrying into a sport family meant that this day would be coming at some point: we have officially entered the sports realm with our kids generation. Colt turned 5 this year and expressed interest in playing baseball. I think it’s very important for family to support each other and I really wanted to be there for his first game! He probably had the largest cheering section there haha.

It was our first experience where my kids would be seeing someone they know play a sport so I talked to them (obviously more towards Kye than Britt) about how we were there to cheer for Colt and watch him play. I also warned Kye that it would probably be a little boring. Have you ever been to a kids sporting event? Let’s be honest…unless it’s your kids or your relatives turn up to bat then it’s pretttty boring. I was a little nervous about behavior and wanted Kye to know what to expect.

Sure enough we get there and get settled and Kye announces to the whole family “Mommy said this is going to be BORING.” Thanks kid! He sure isn’t helping my anti-atheltic reputation is he? 😉

It was SO crazy to see Colt on the field. I know it’s totally a cliche but it seems like yesterday he was a TINY (and I mean TINY) little baby and now he’s old enough to be playing sports!!! I’m so glad we were there and able to see his first at bat as well as his first hit! There was no doubt in my mind that he’d be a little athlete…it’s in his blood! 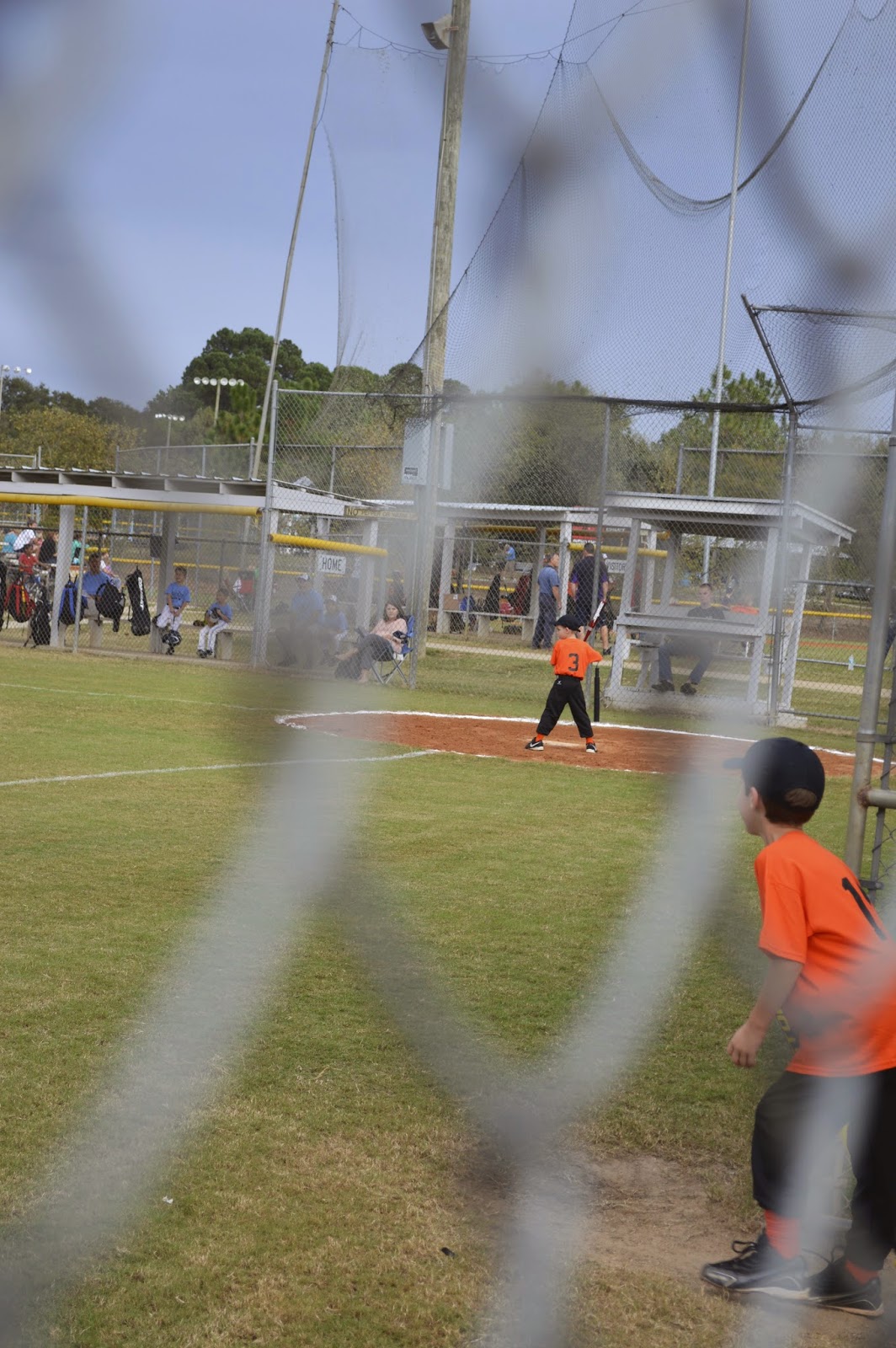 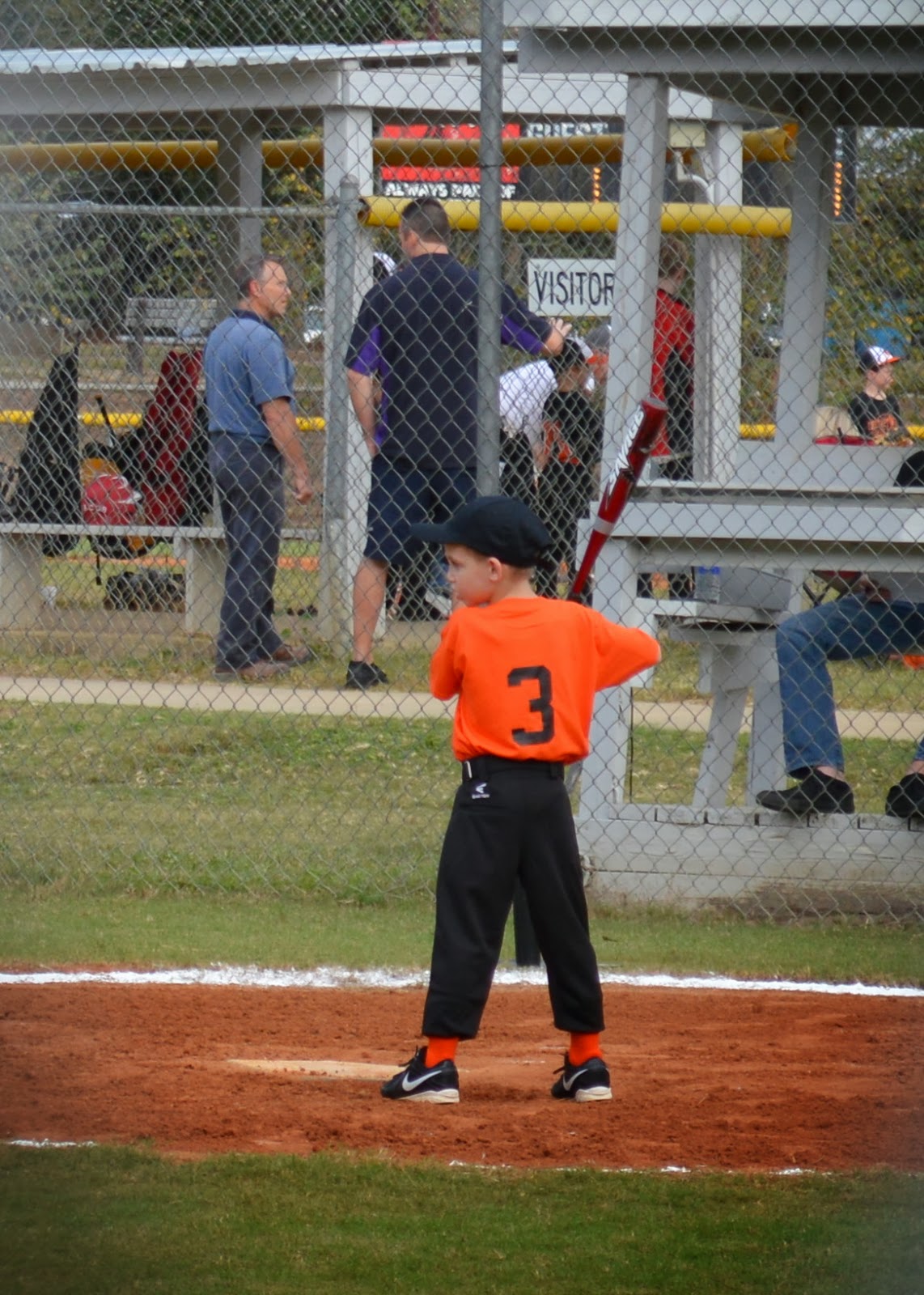 Payton has SO much personality and her facial expressions are hilarious! 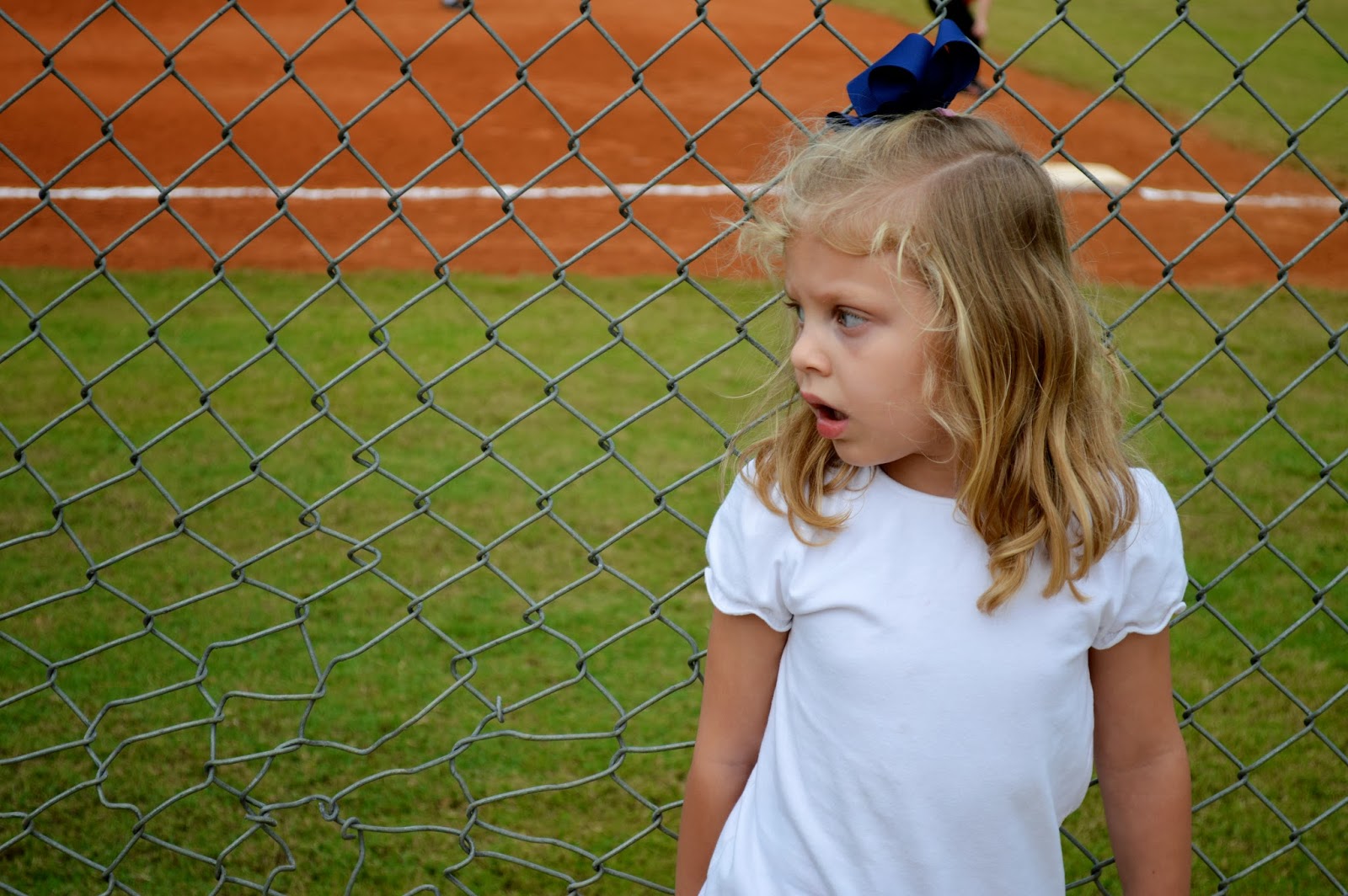 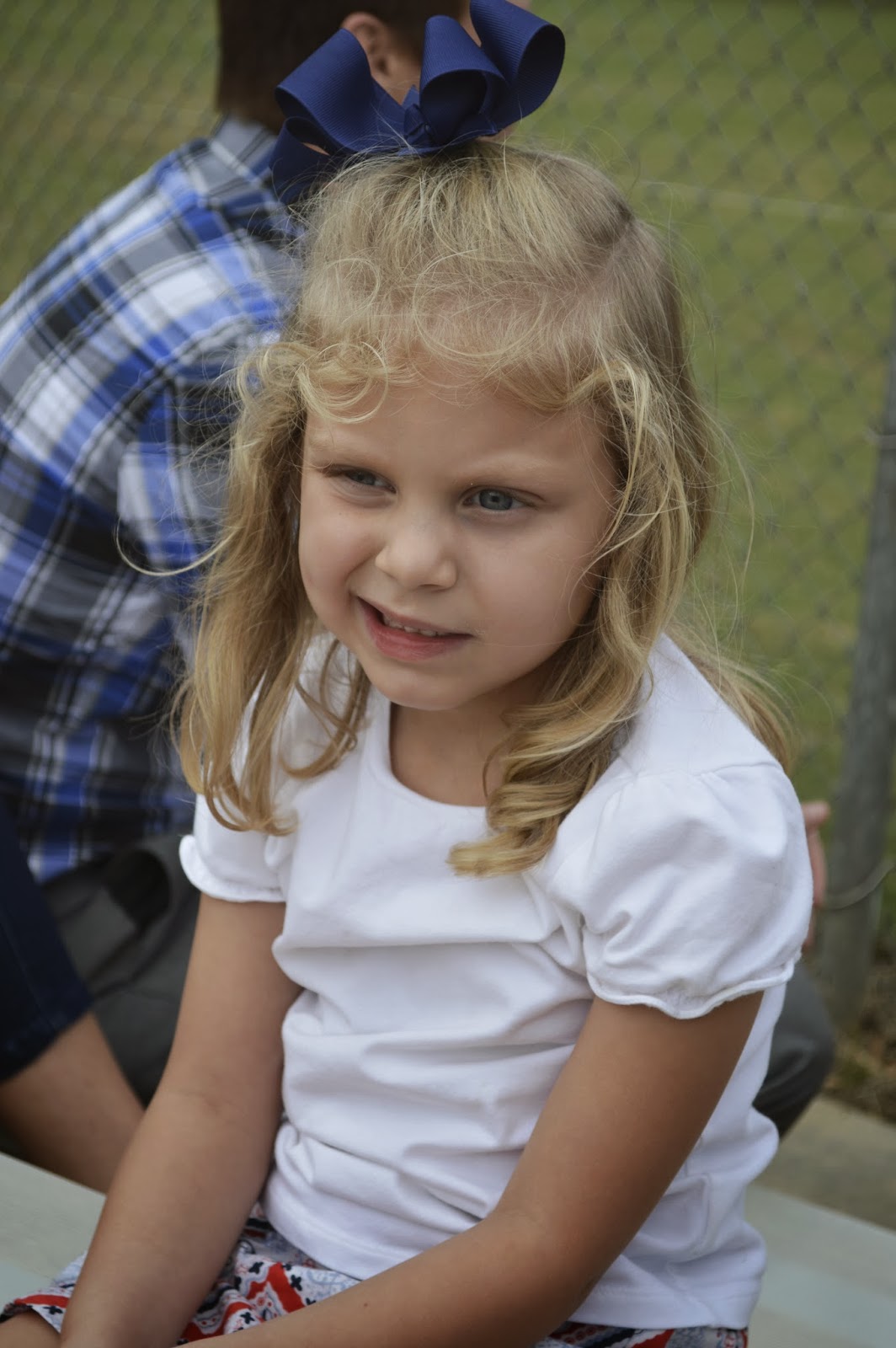 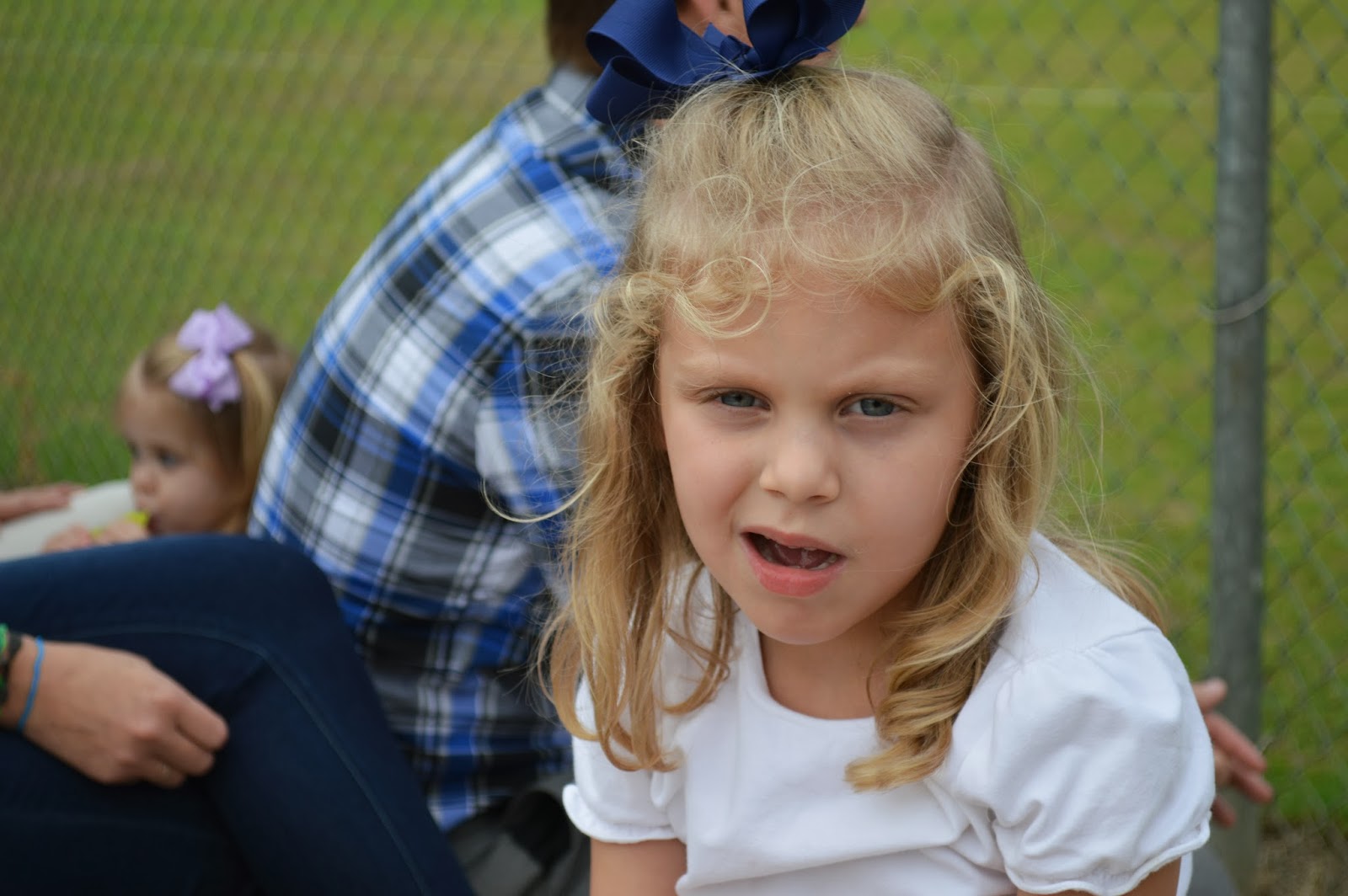 I packed dinner for my kids to eat while they watched and cheered! 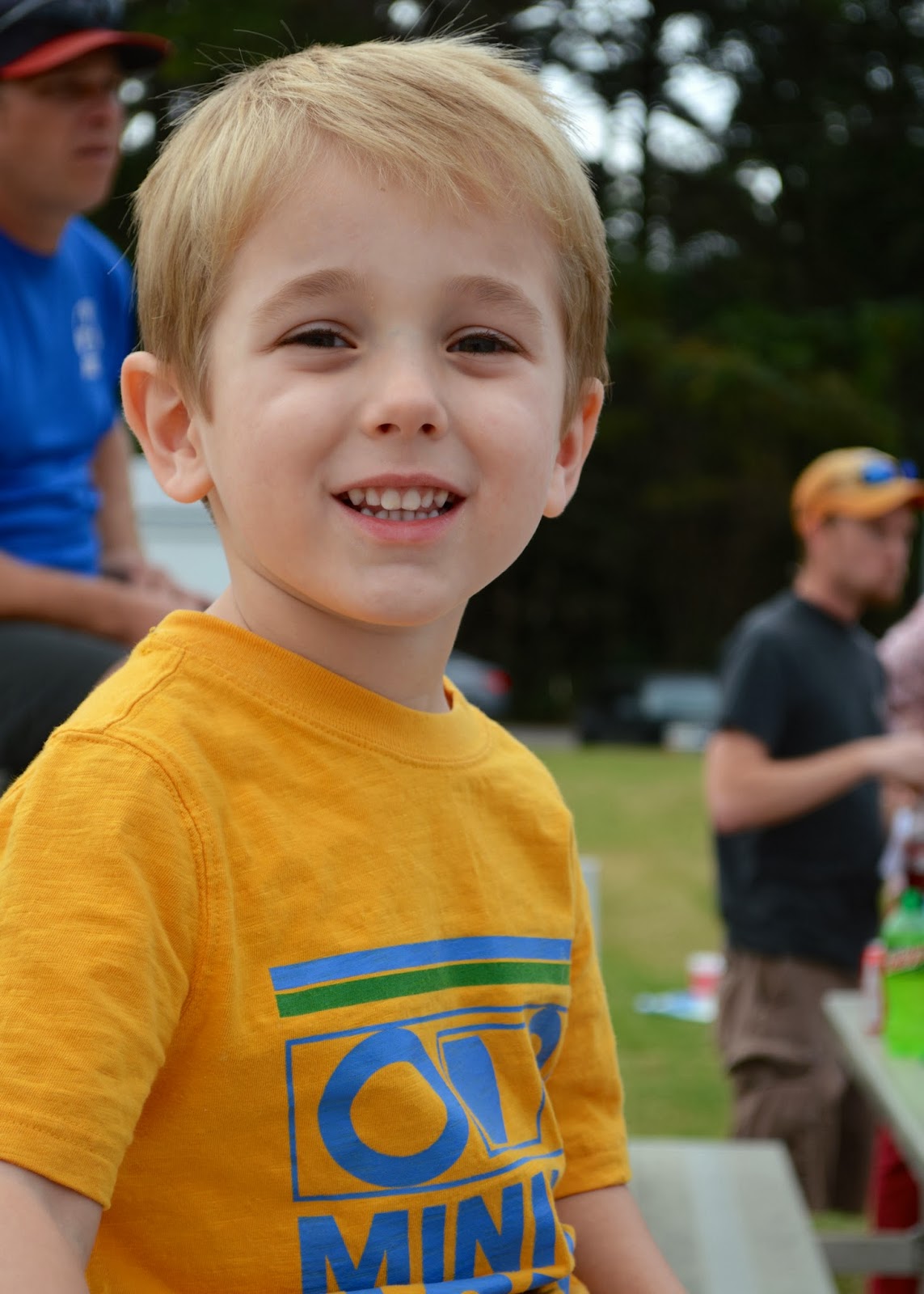 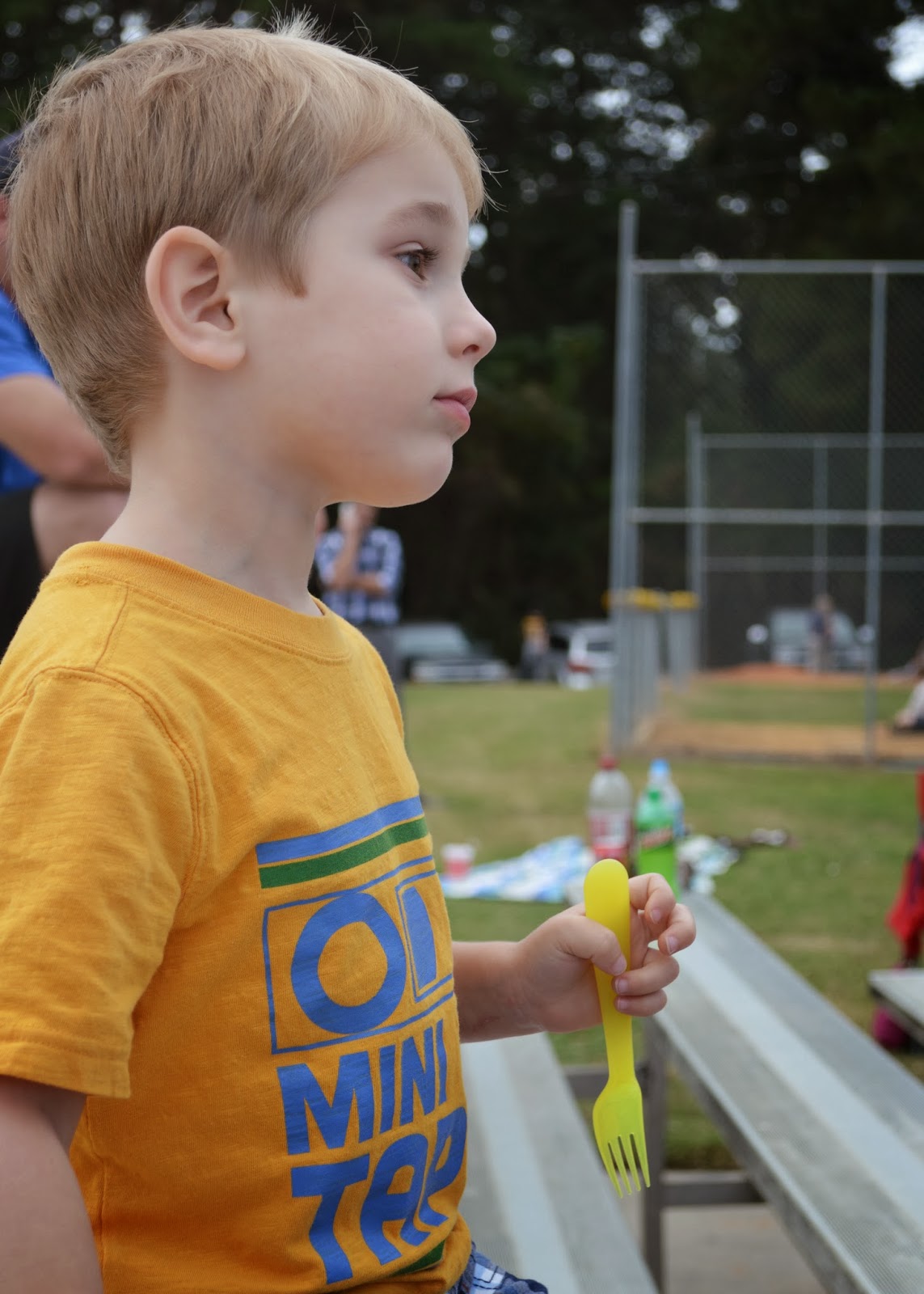 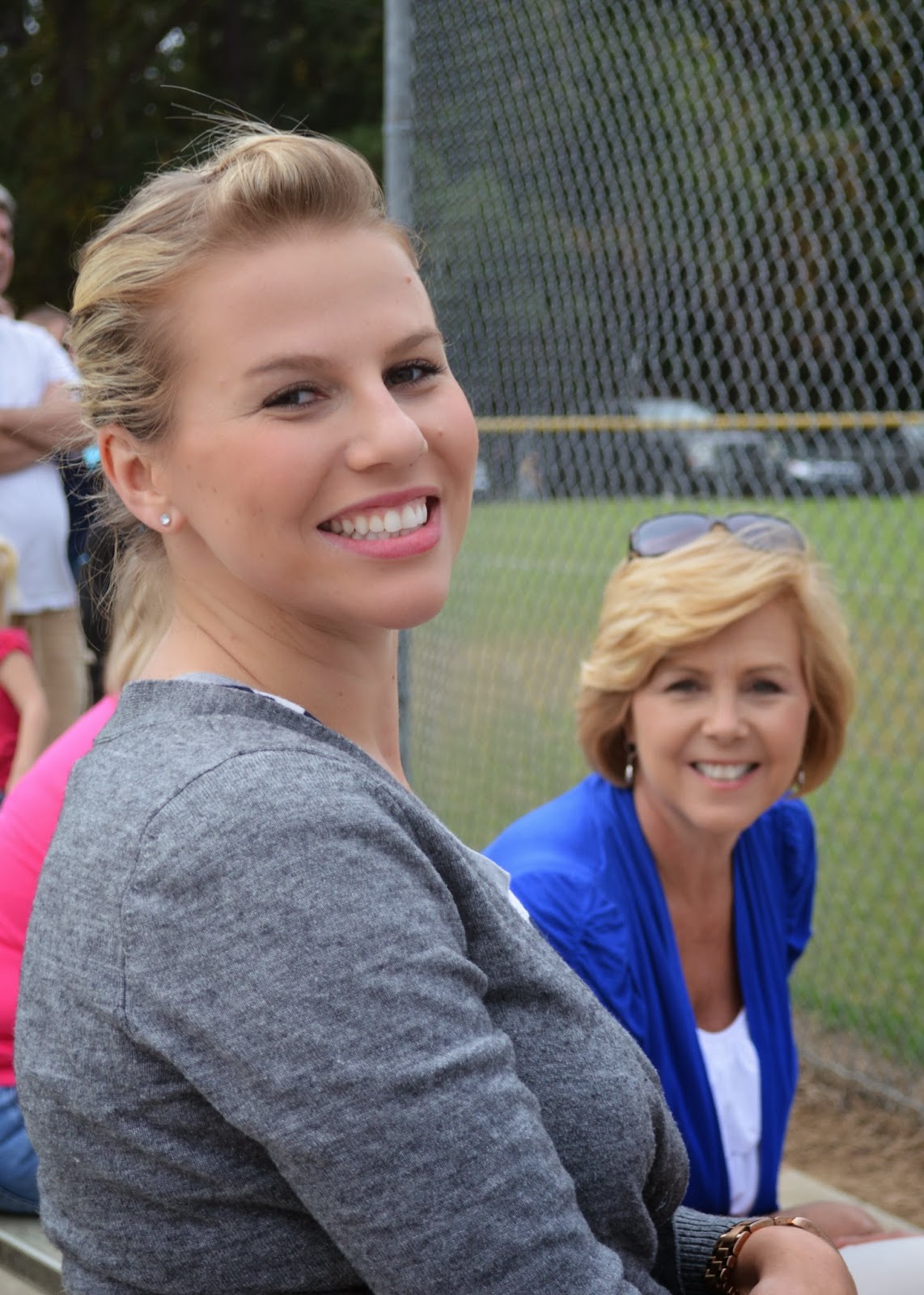 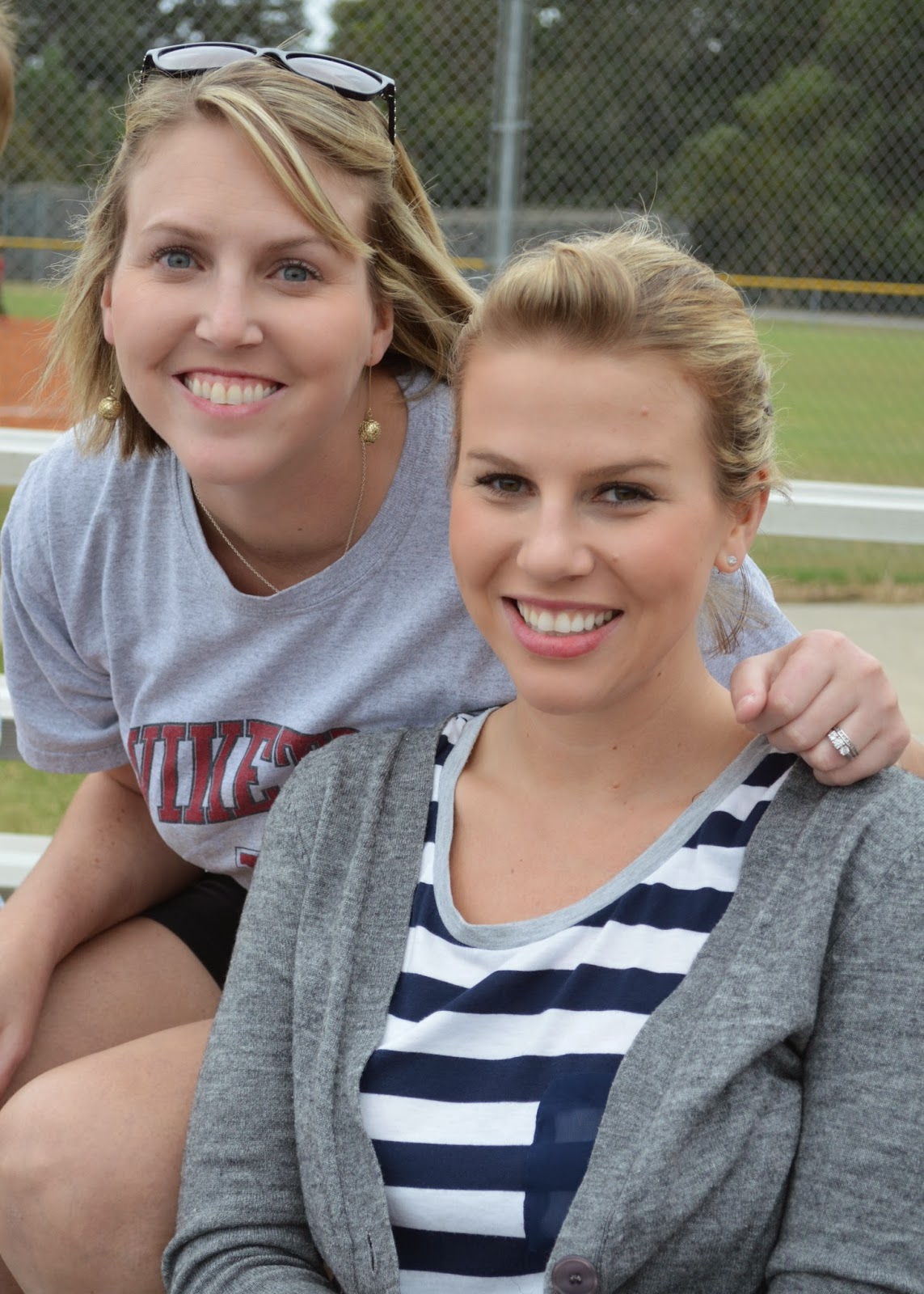 So cute…proud Daddy and Uncle! 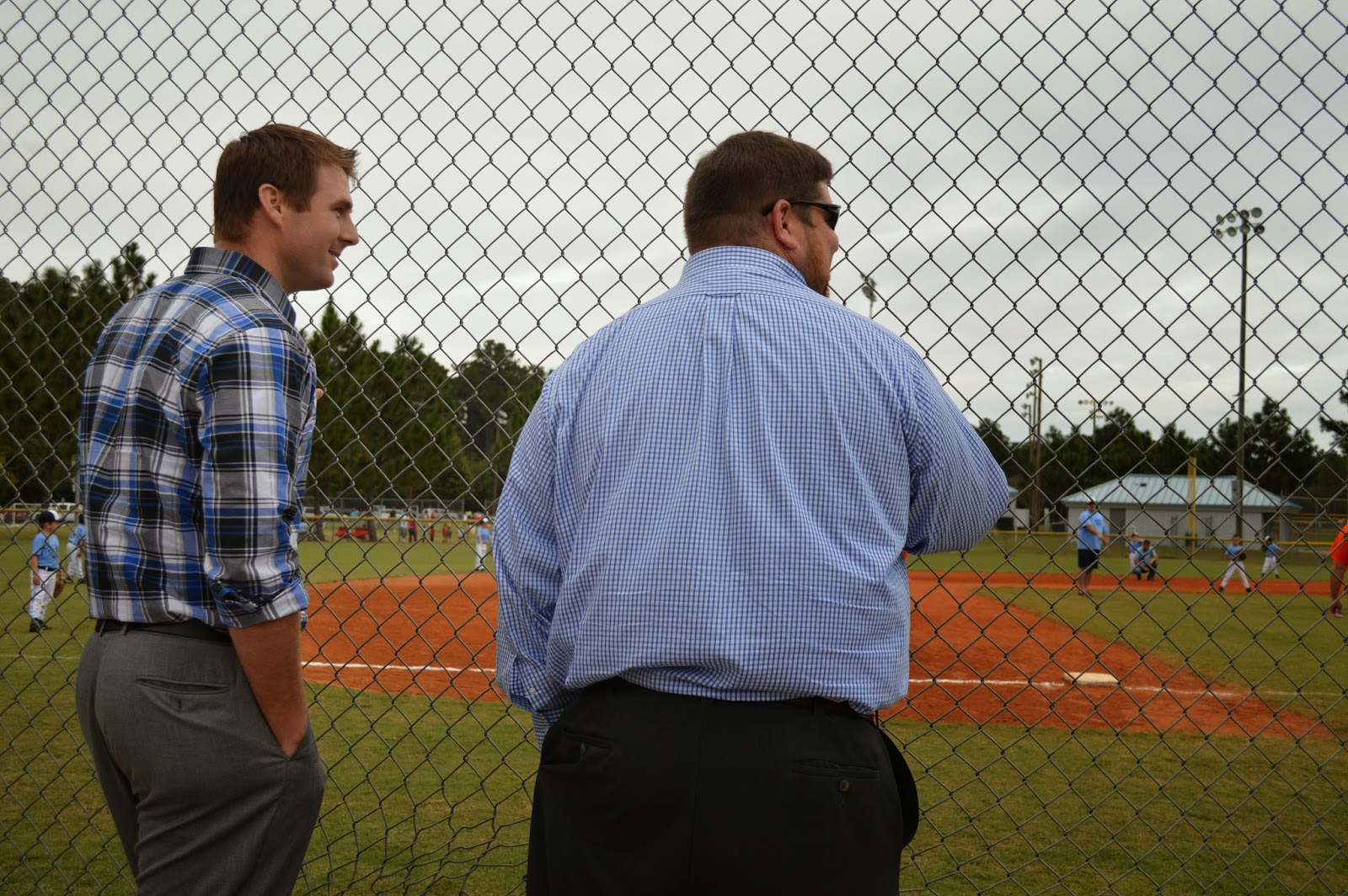 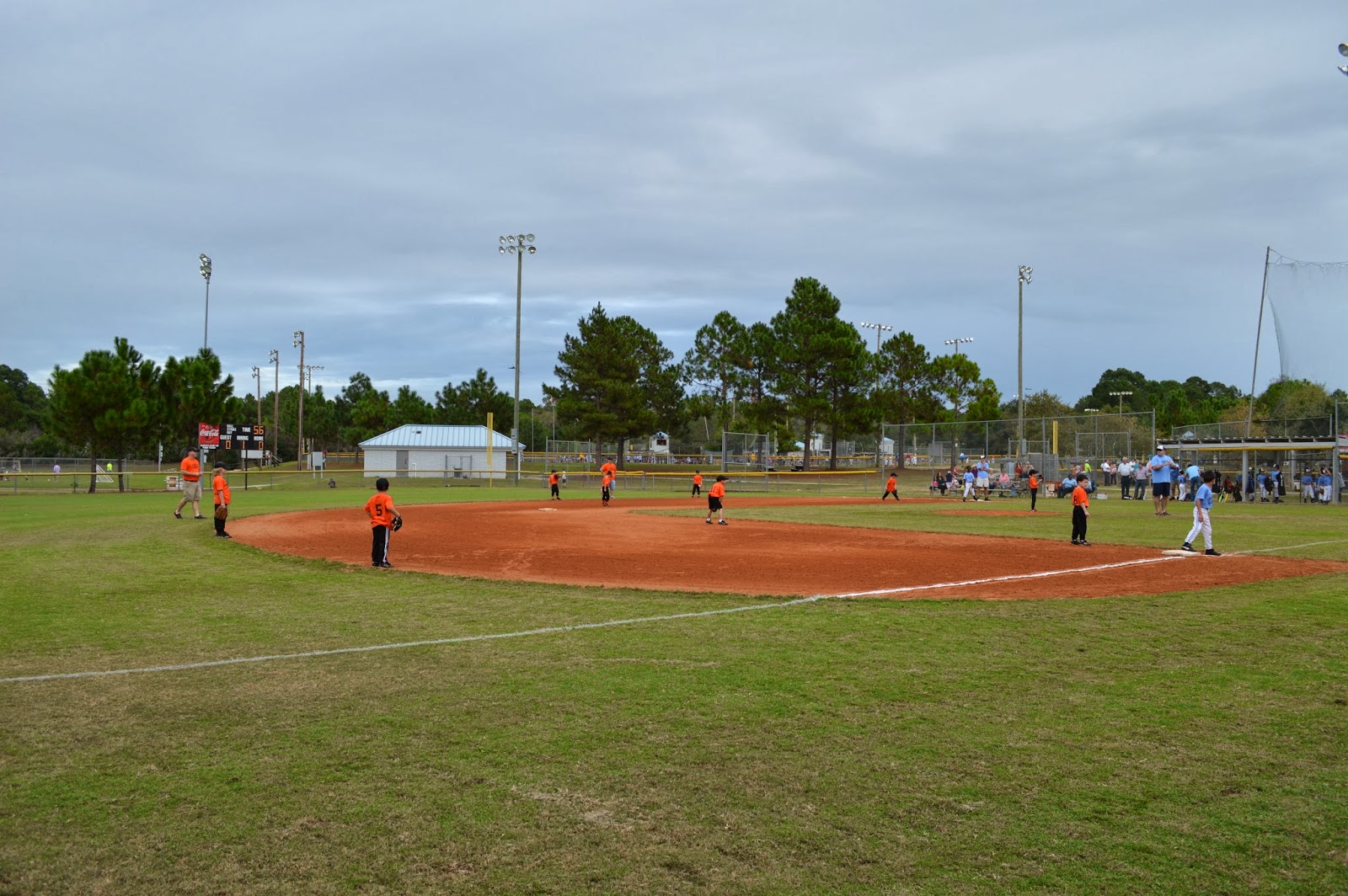 Britt kept us all entertained during the “boring” party 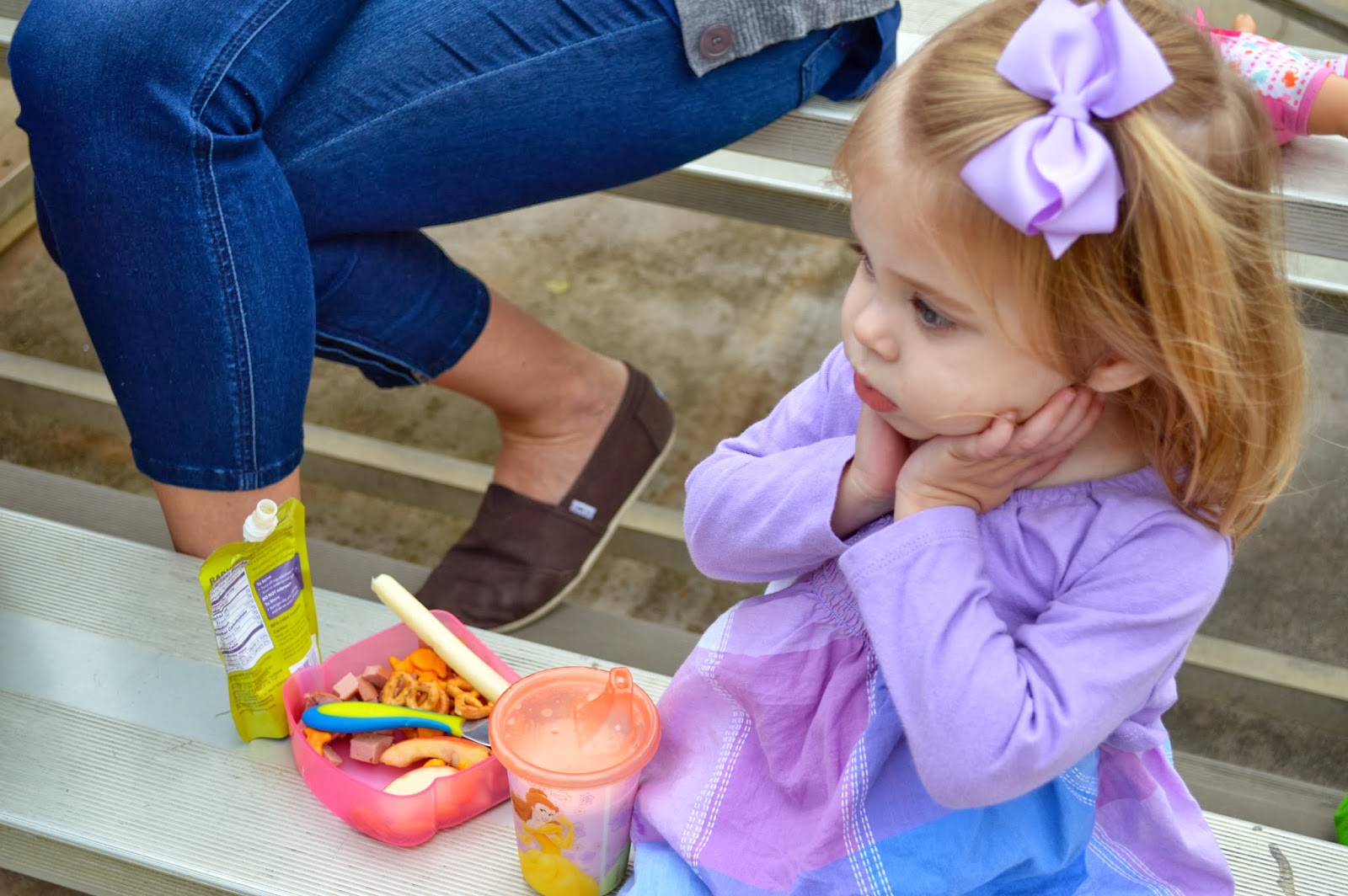 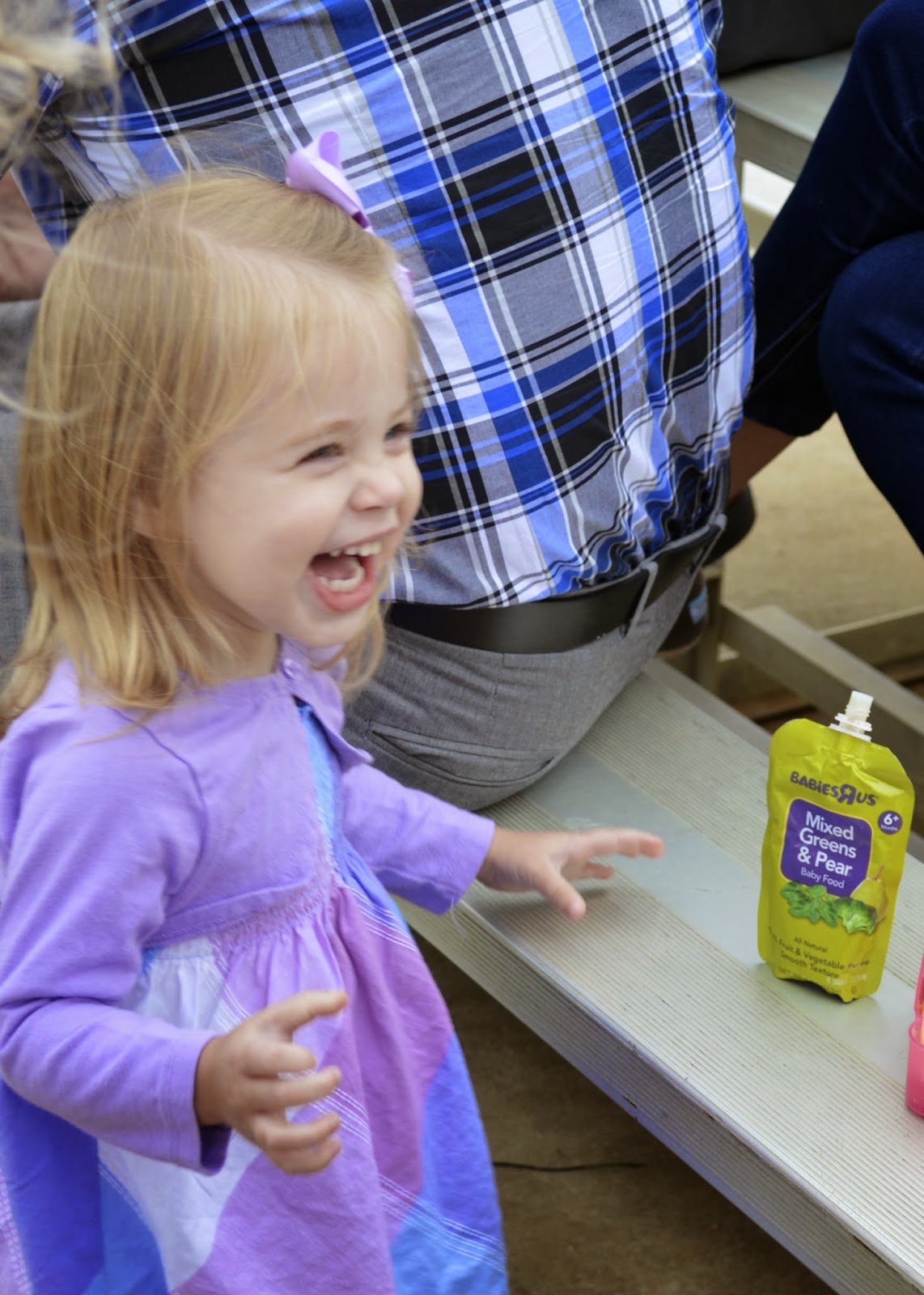 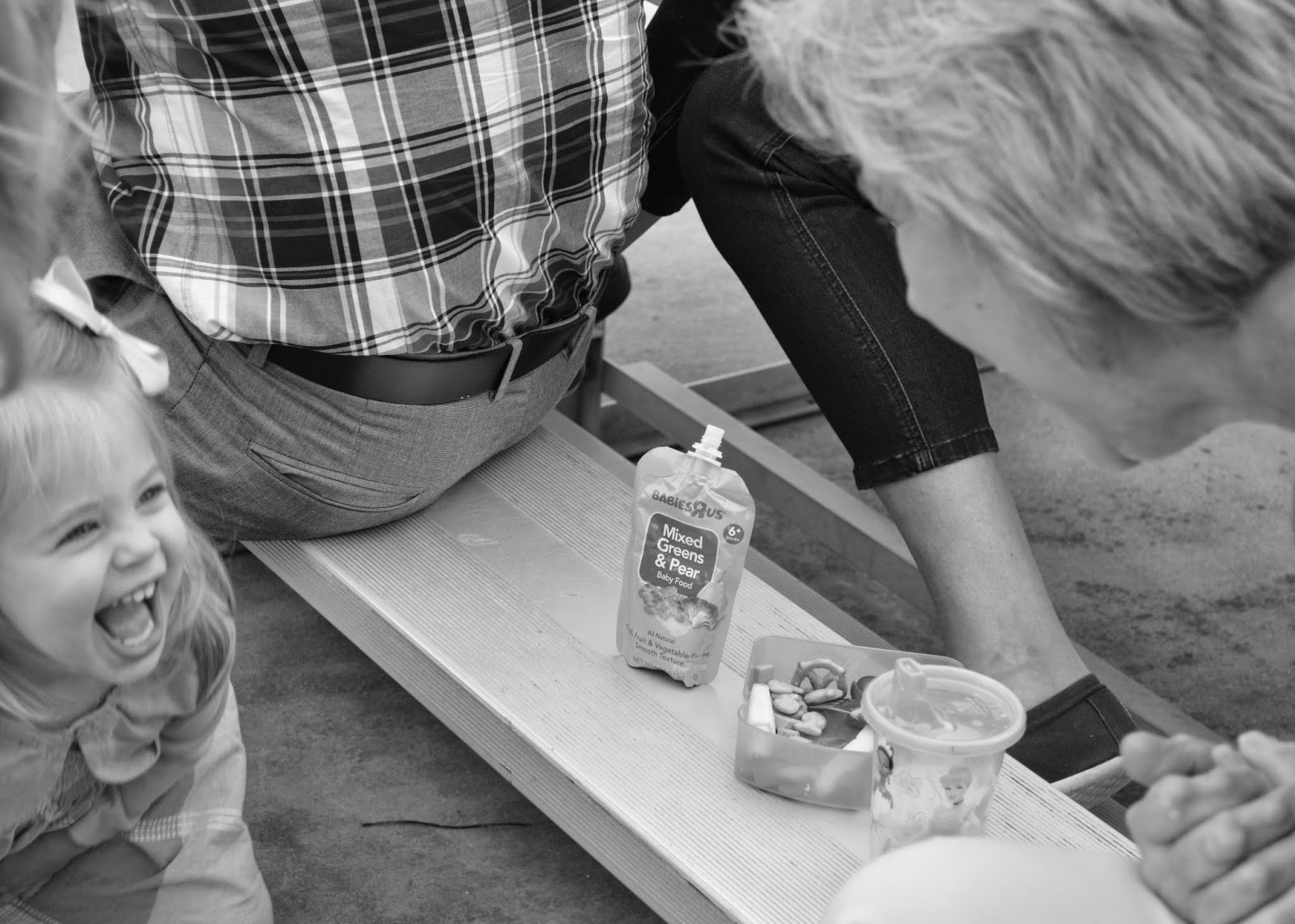 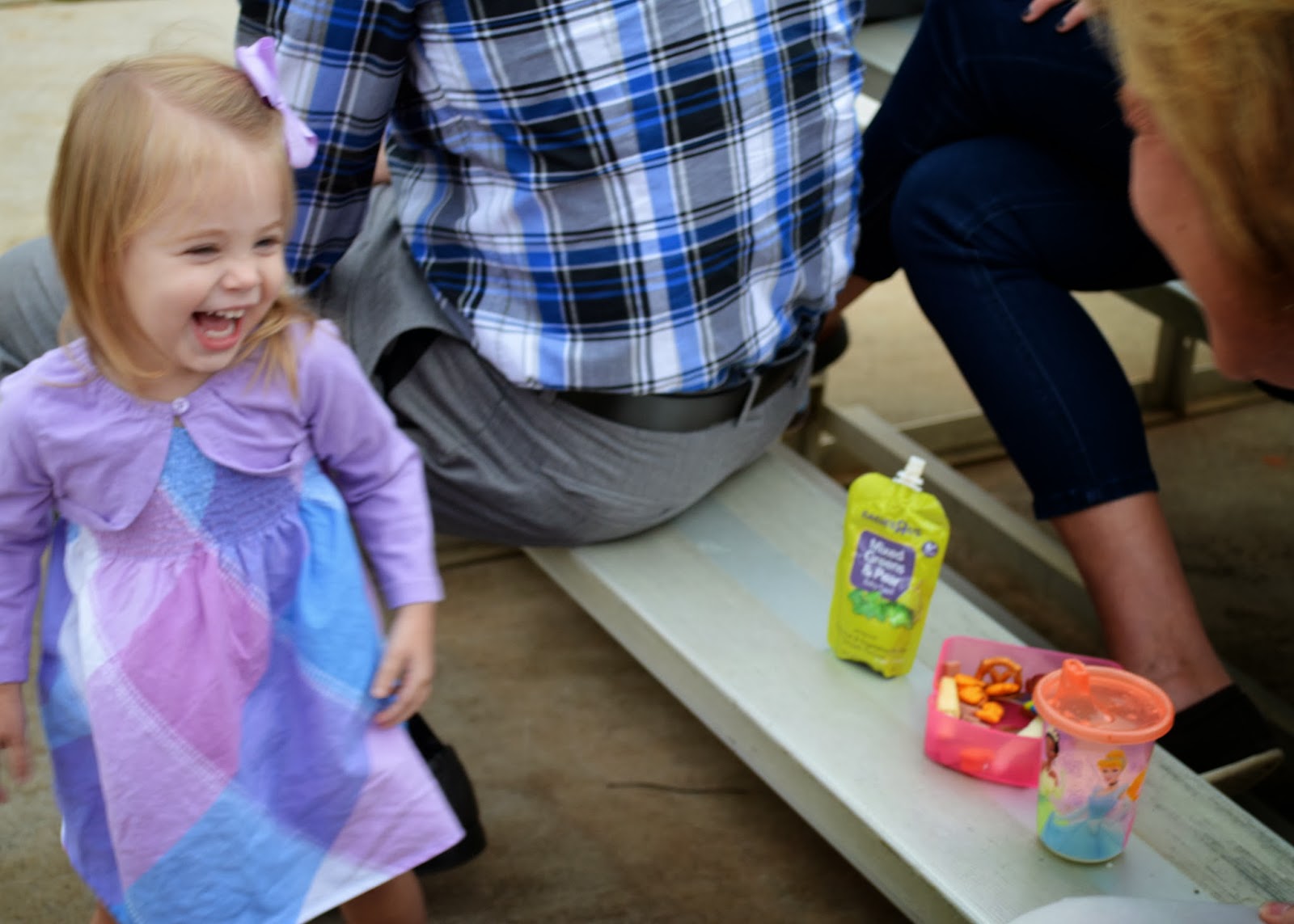 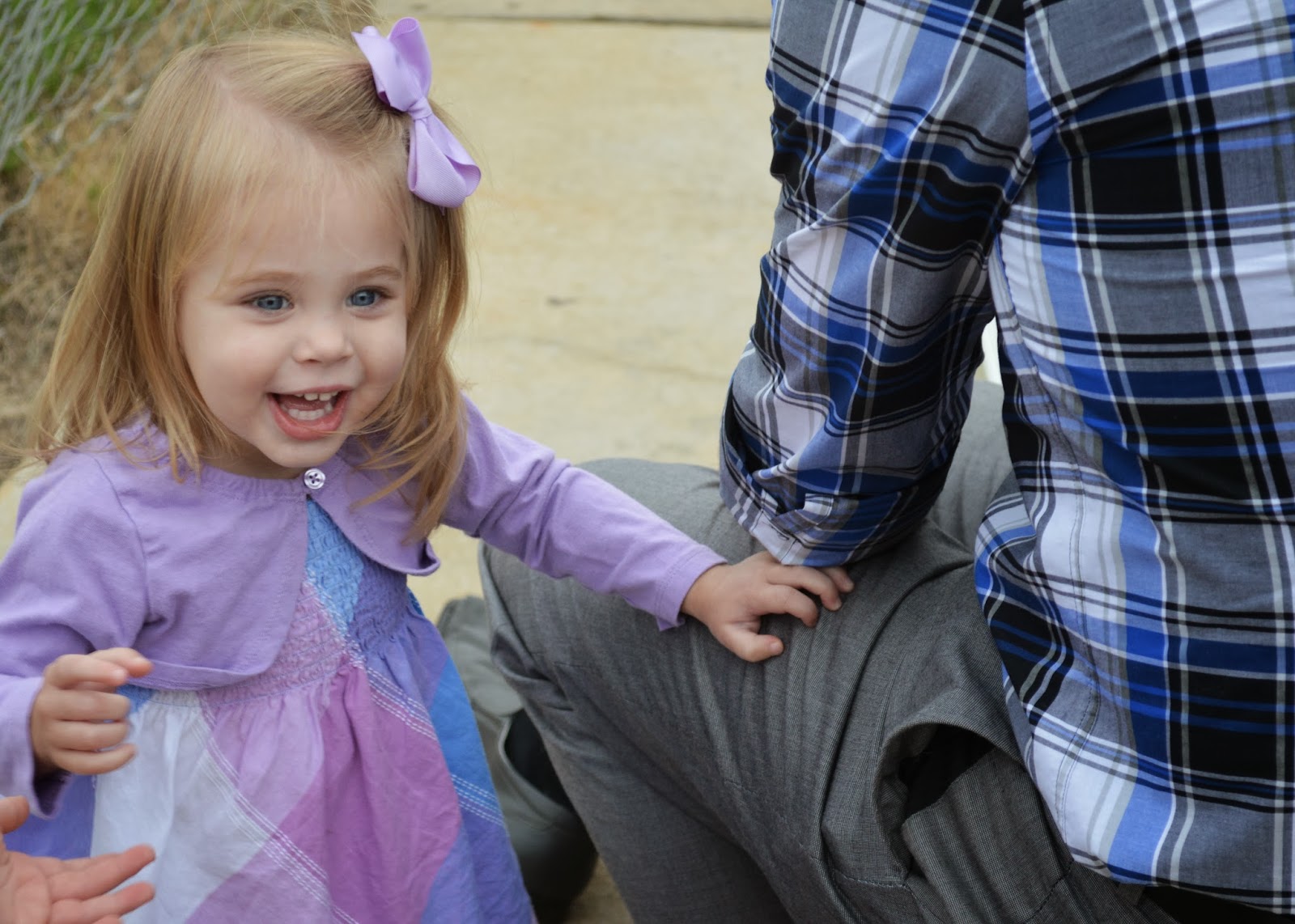 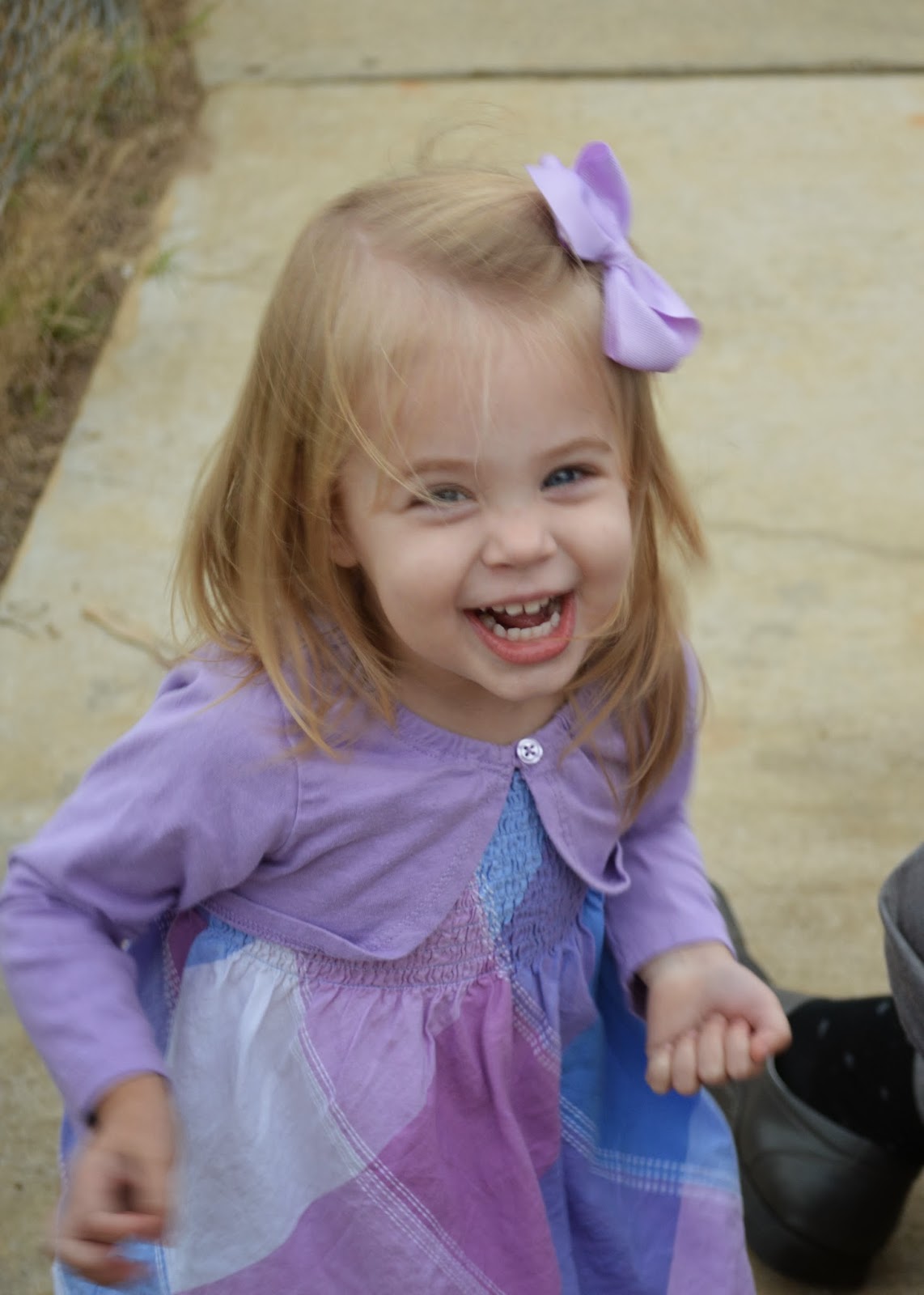 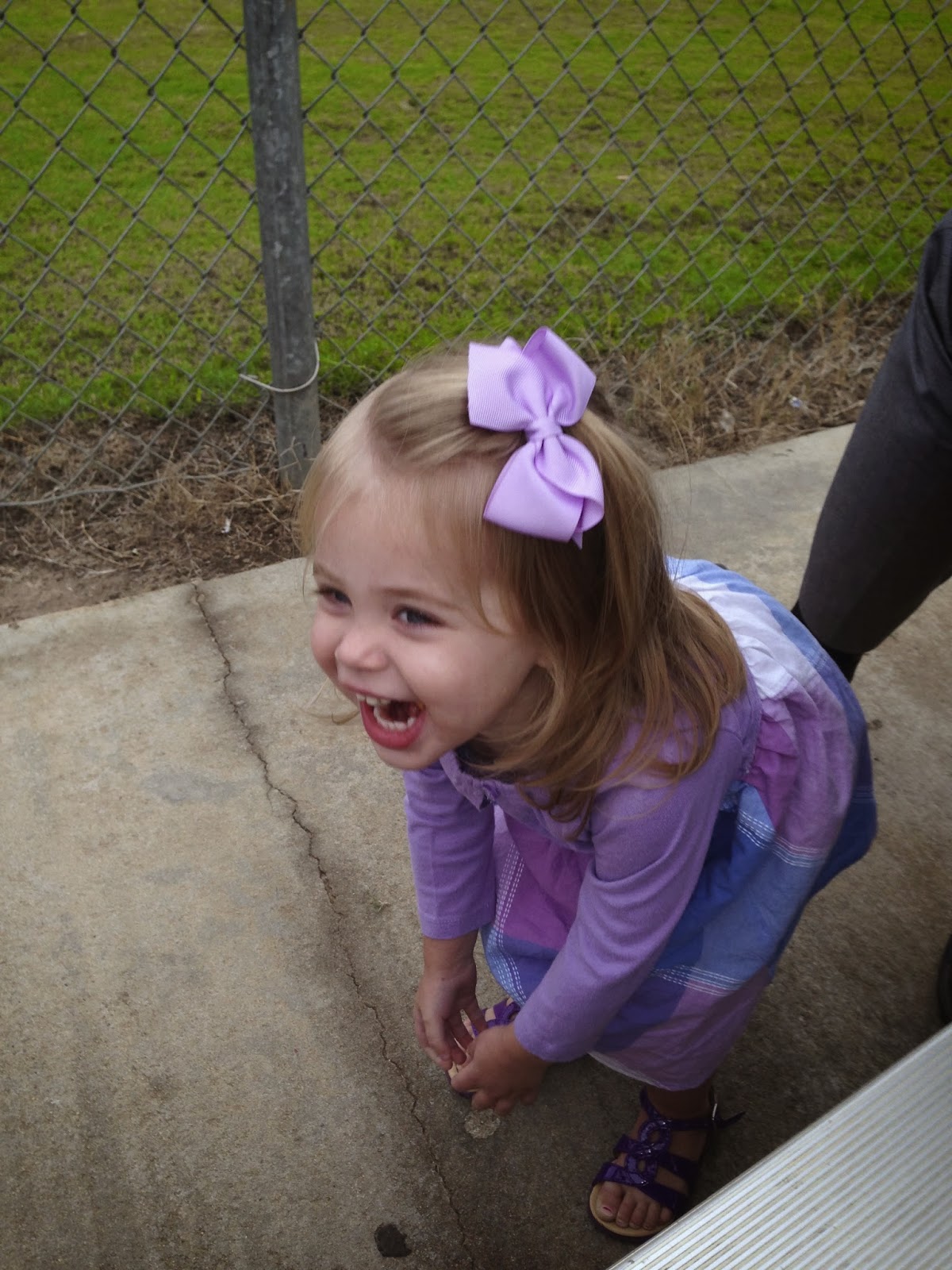 I remember when I played softball as a kid (Yes, I did play some sports. And yes, I did manage to get on base! I’d stand in a way so the ball would hit me and I’d get to walk hahahaha. Legit!) that the best parts of the games were the water and snack breaks. It was cute seeing Colt with all his little friends and remembering back to those days of all of our childhoods. 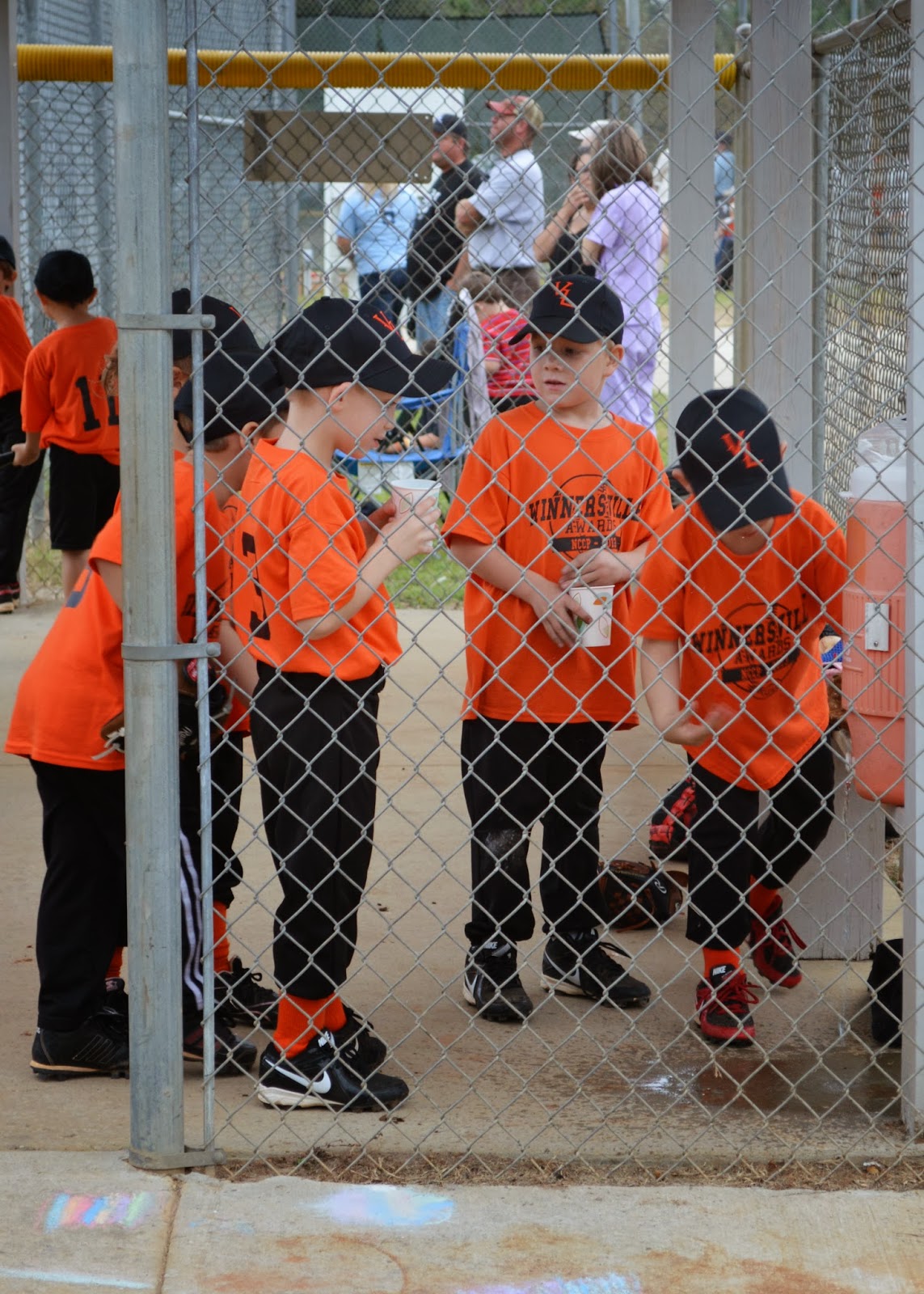 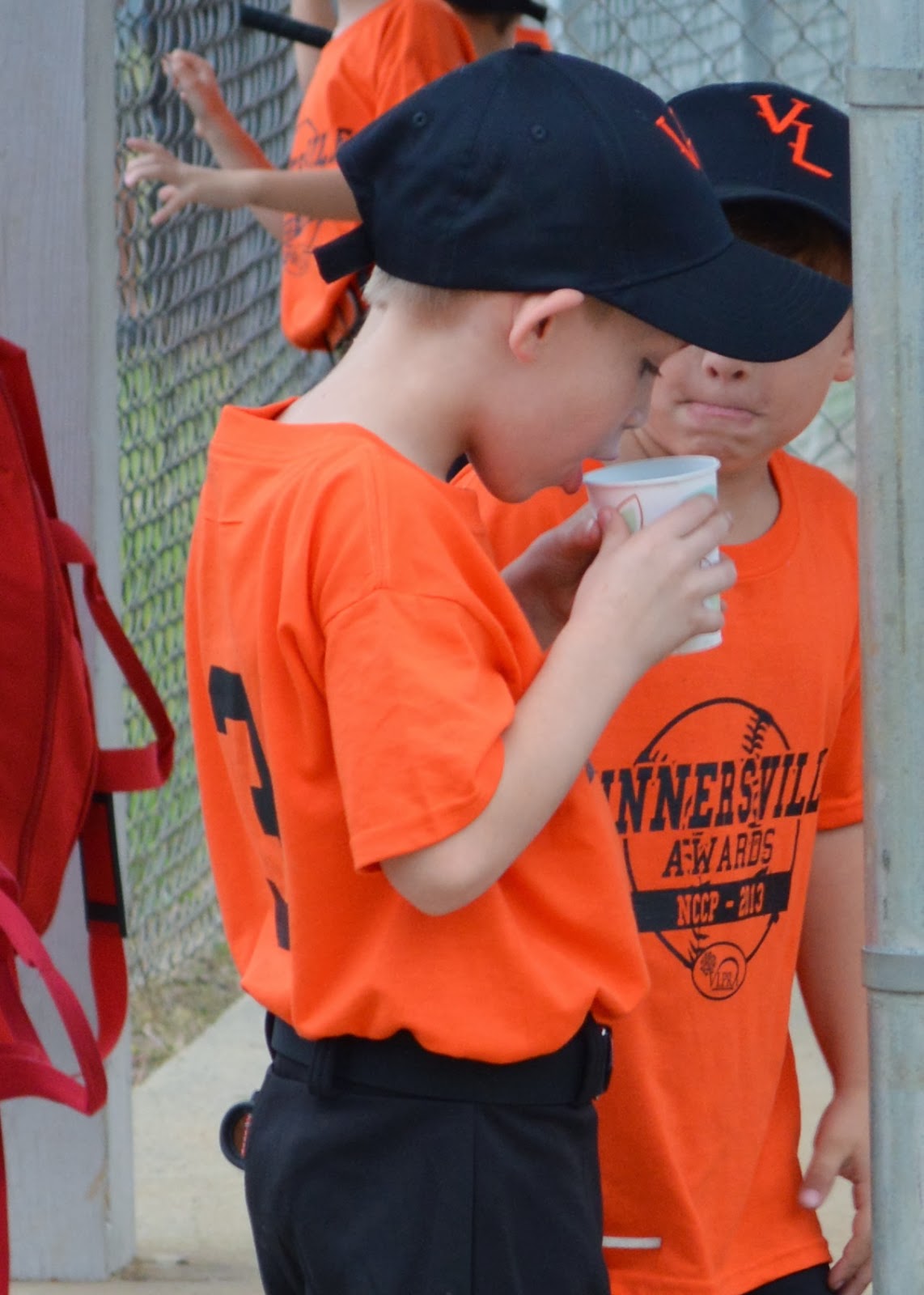 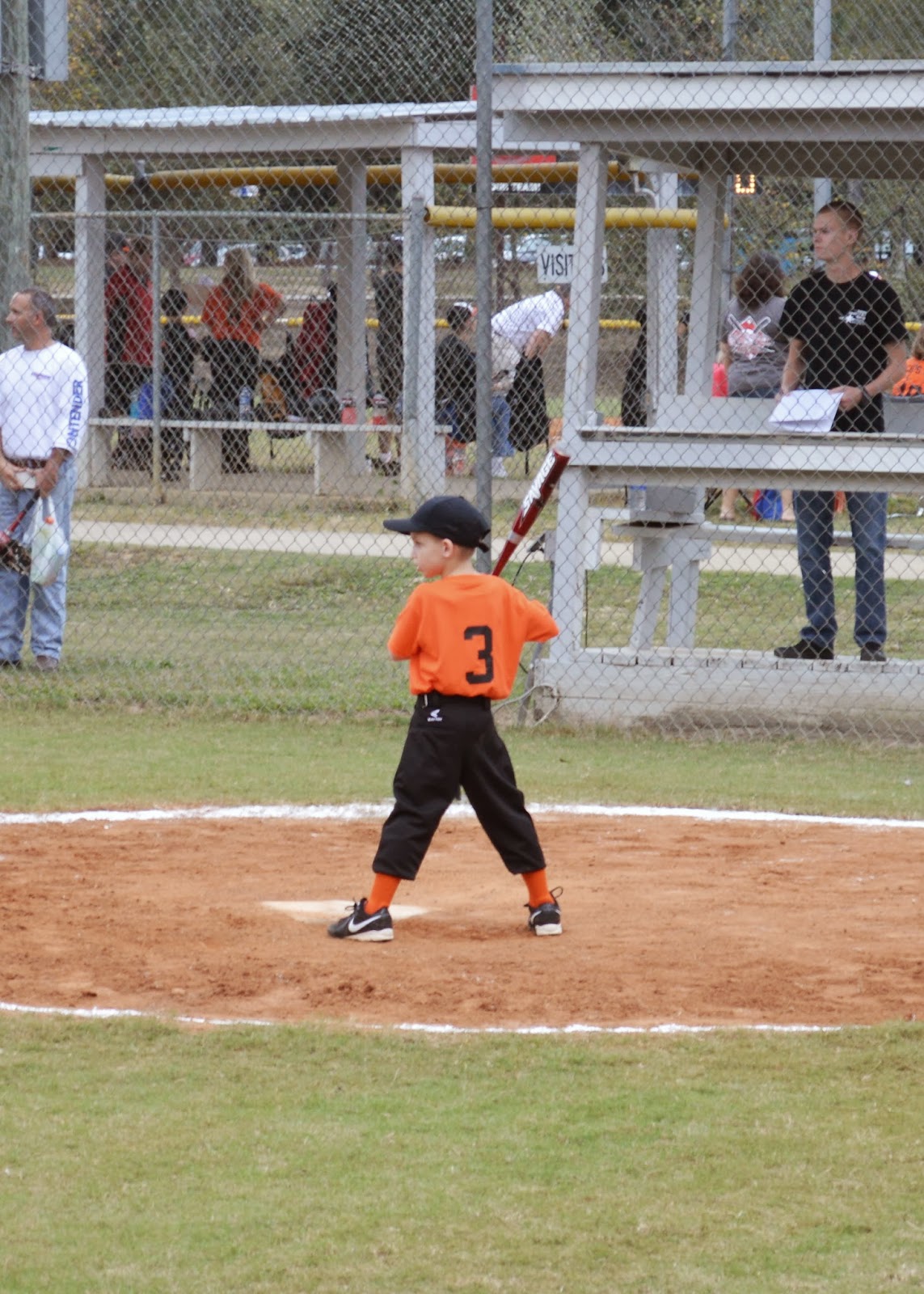 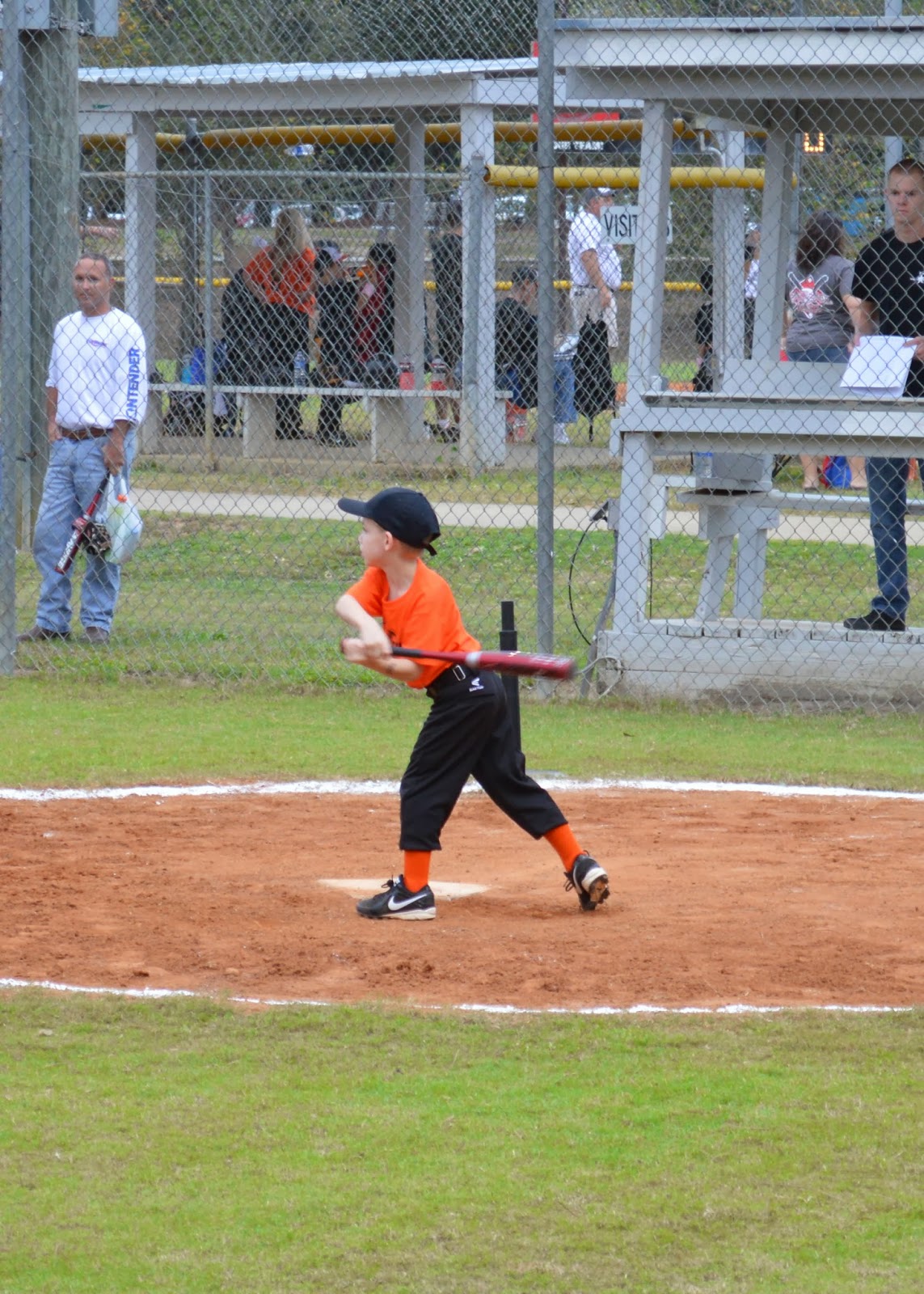 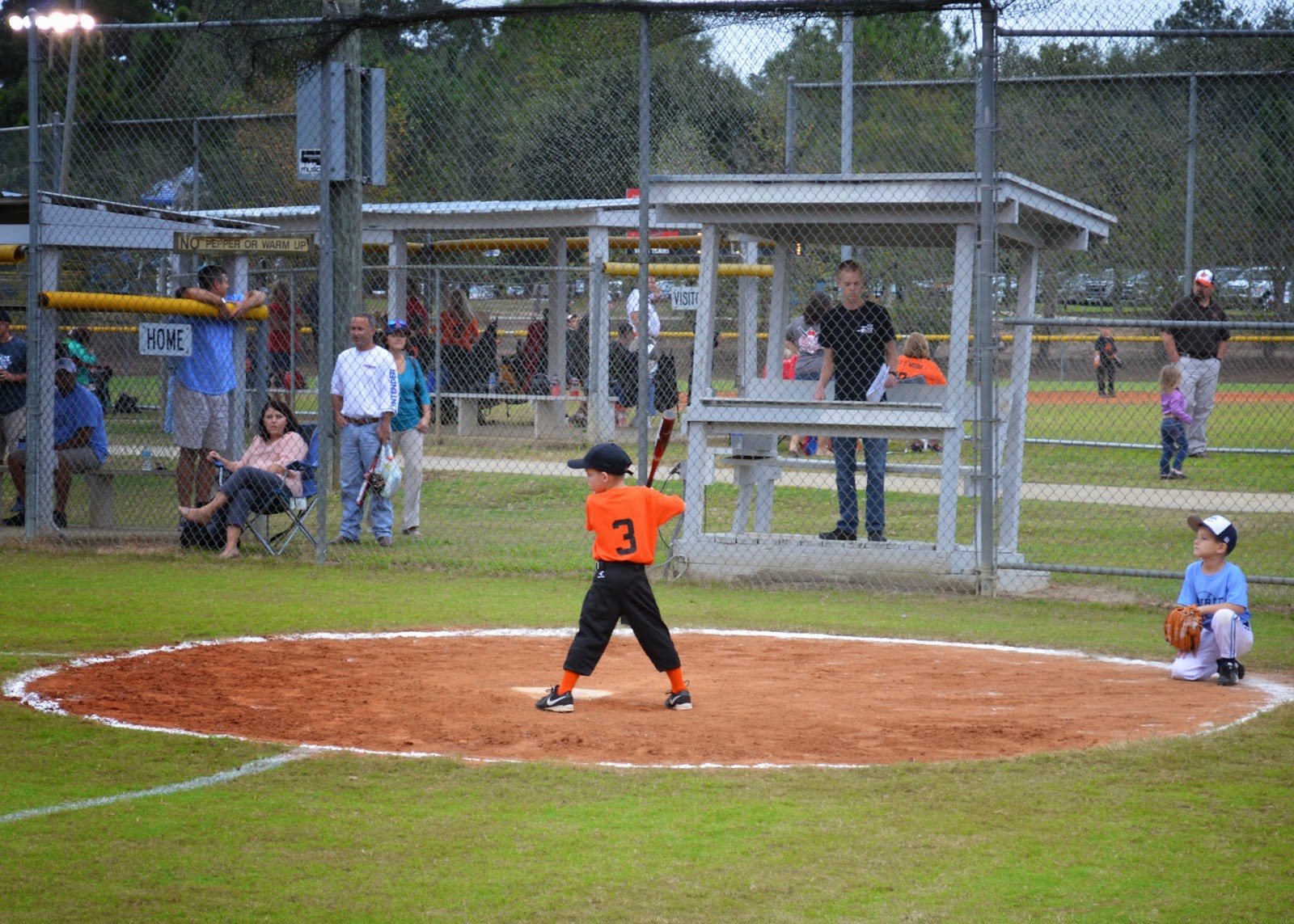 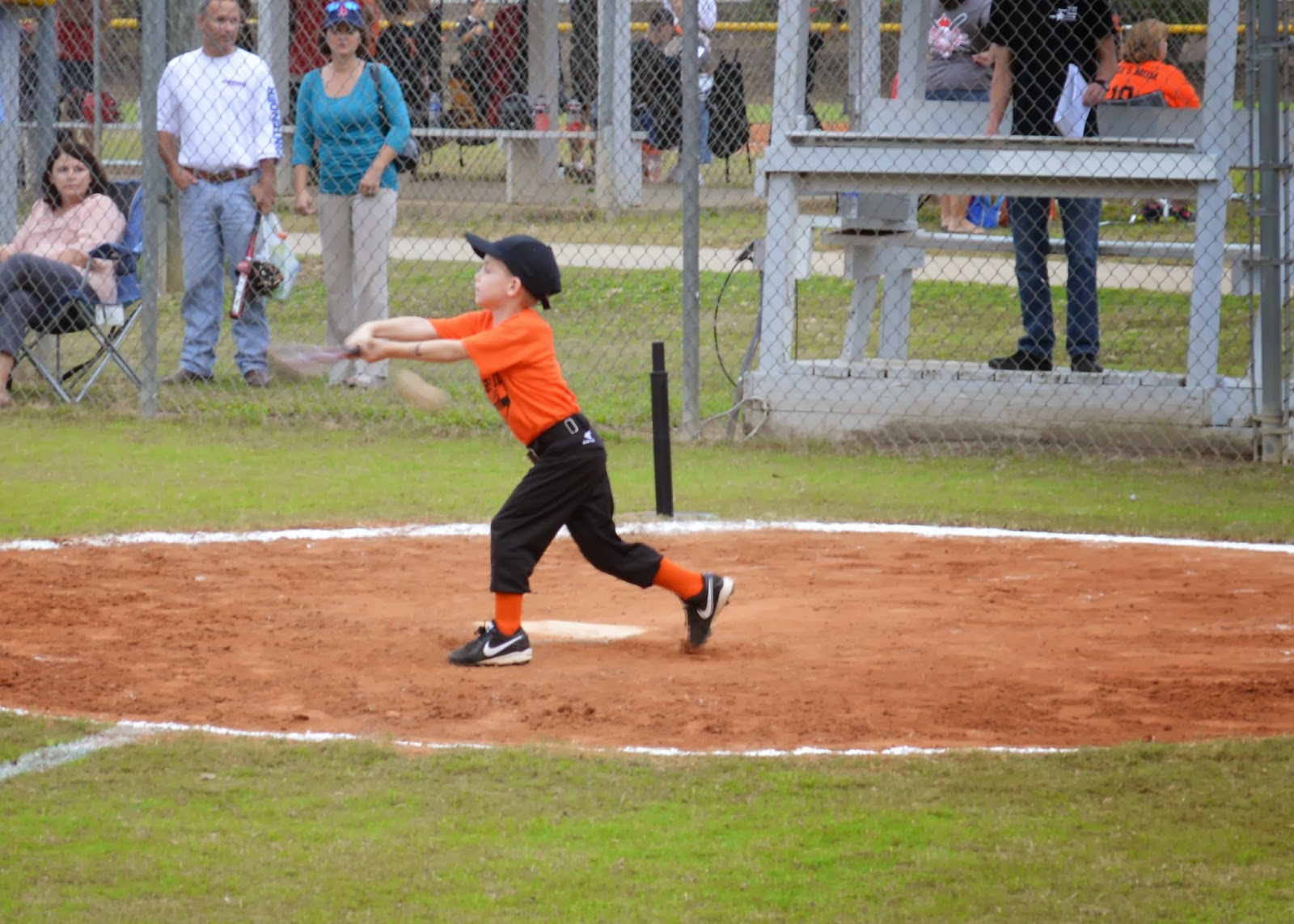 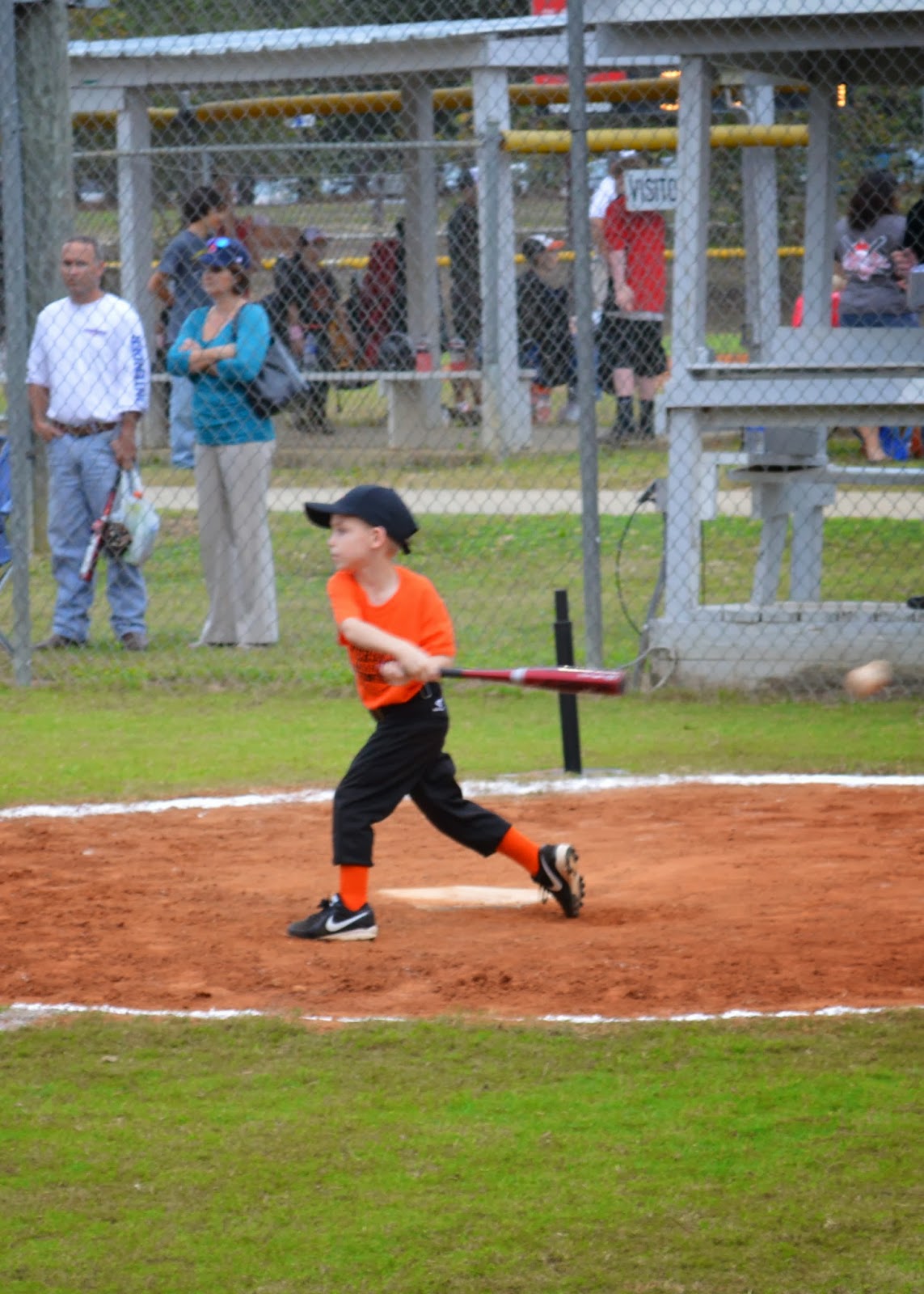 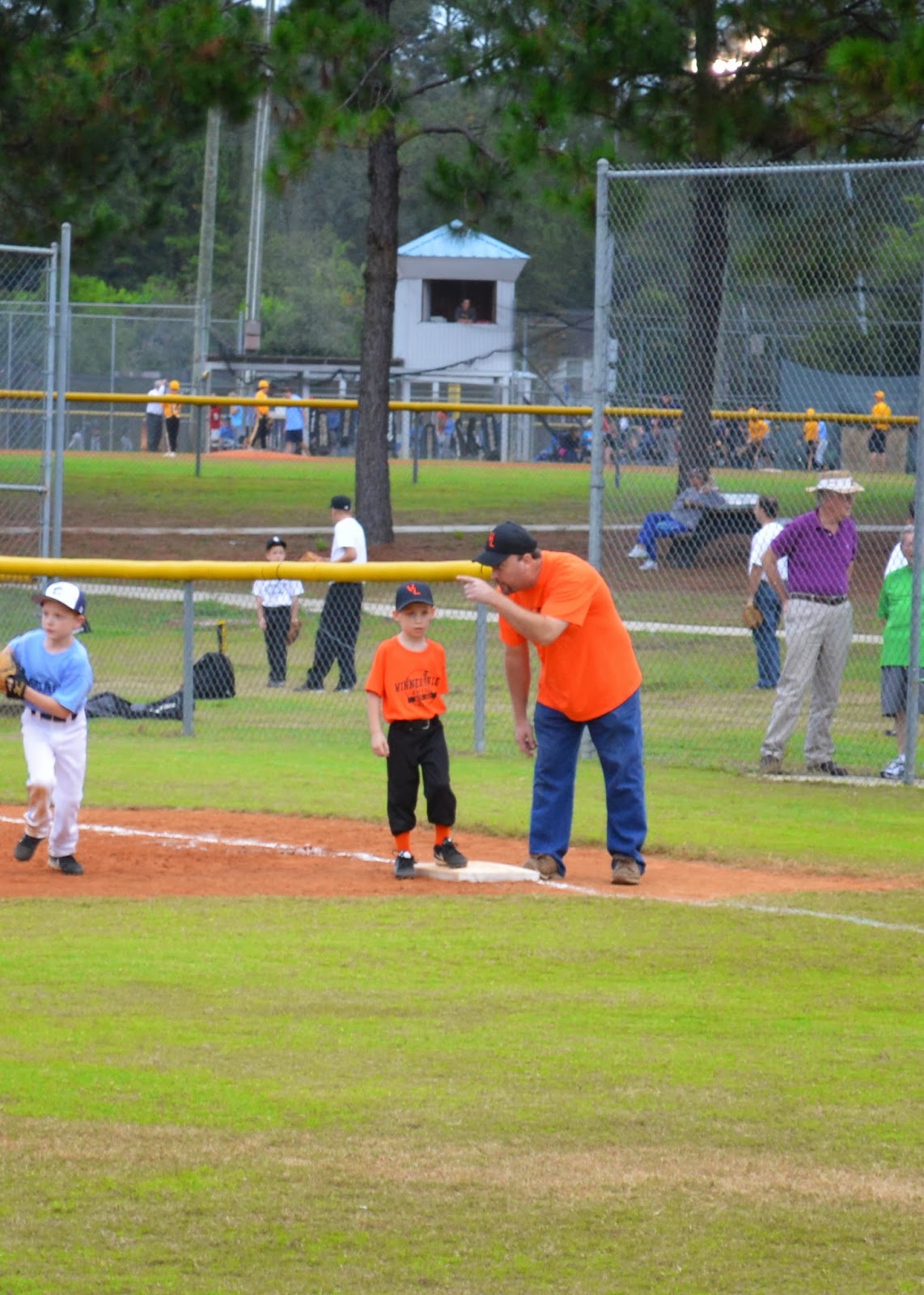 Kye and Payton found some other kids to play with. It made me a little nervous to allow Kye to go play but I told him to stay in a certain area. Again, I was reminded of my childhood and playing with my friends during my brother’s games. I did make Kye come back over whenever Colt was at bat. We weren’t there to play, we were there to support Colt and he needed to be watching his cousin! It all went fine until Payton and Kye ran off behind a storage unit thing playing chase. Um no. I couldn’t see him and on the other side of the storage unit was a busy road and lots of cars. I did the Mommy run where I raced over to him. By the time I got there he’d come around the other side of the shed (and knew he was in for it bc he tried to look all innocent) but I still ran around the back side of it b/c I wanted to see for myself what was back there. I got onto him and told him he’d lost the privilege to play anymore and had to sit with us the rest of the time. It was a tough parenting moment as the other kids were allowed to keep playing. But I had told Kye when he first started to play that he had to STAY in that certain area. He knew he had broken the rule and he needed to have the consequence. It was embarrassing for sure but I’d rather be embarrassed in front of our family and tons of strangers than be embarrassed in front of my child for not sticking to my word. 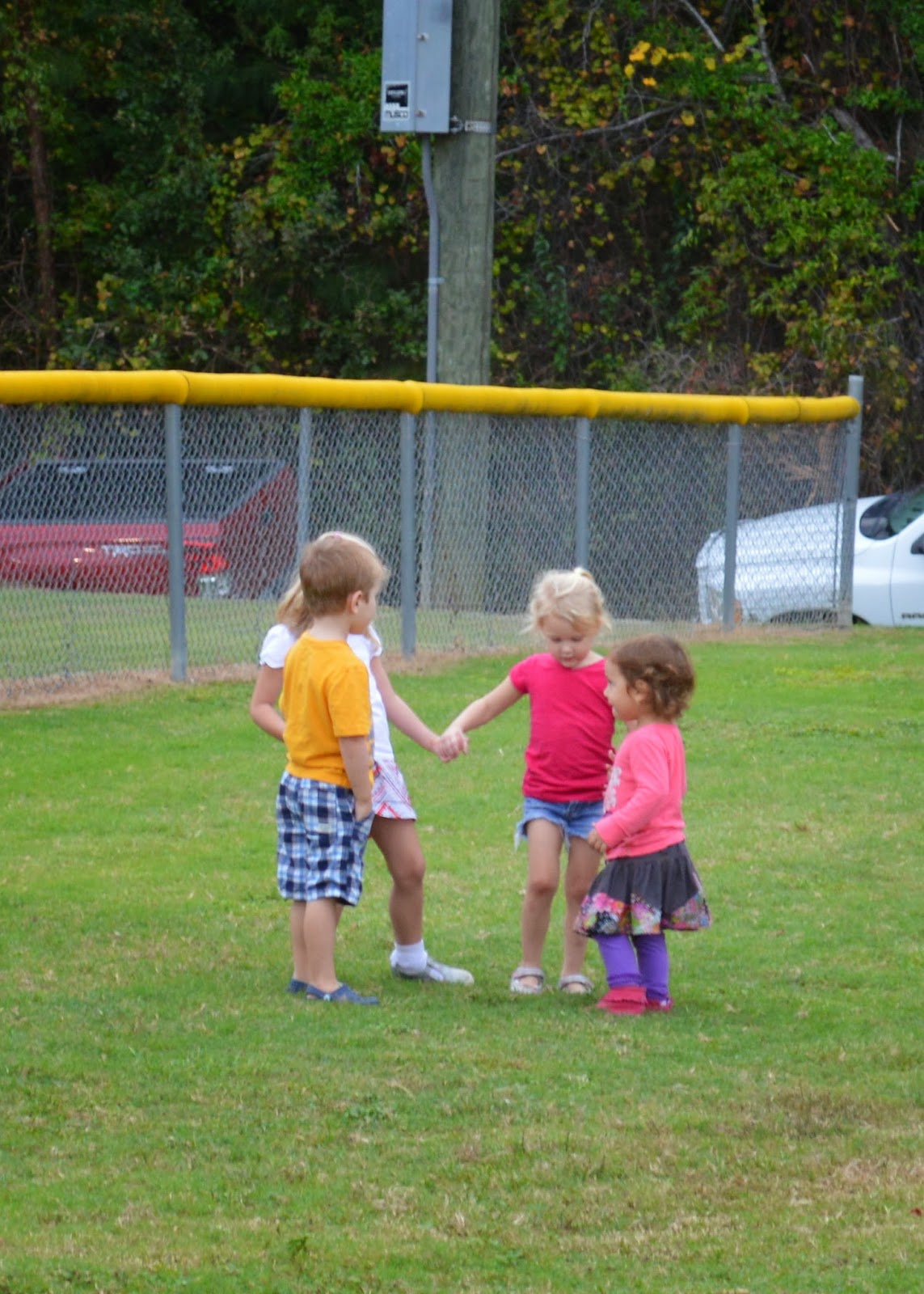 Colt did SO great at his first game!!! I think it’s amazing that he made a hit! I mean it was legit baseball…no tee or anything! He’s so grown up and he was so proud, which was precious. I’m thankful we were able to be there for such a big moment in his childhood and am sure our days at the ball fields are only beginning! 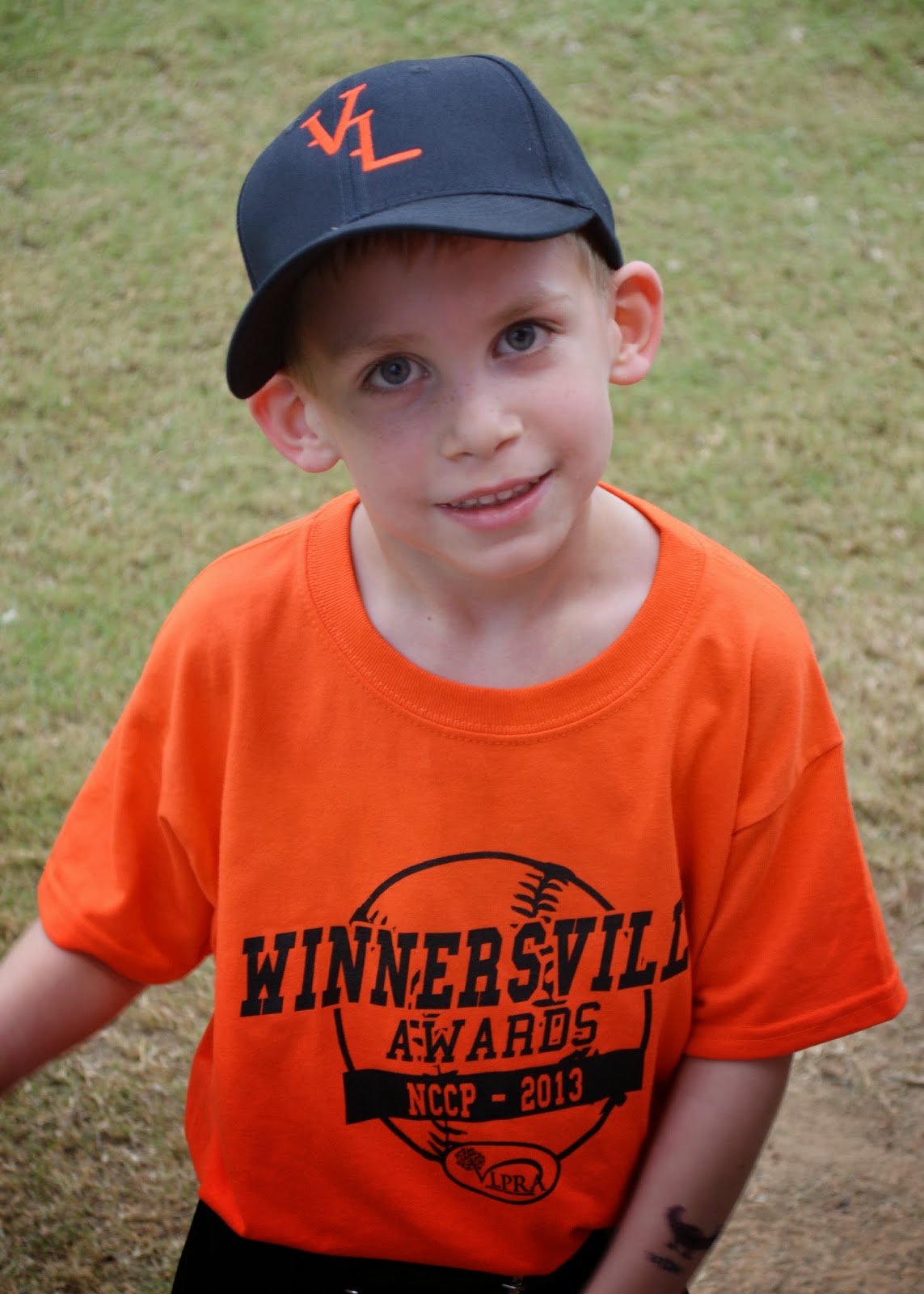 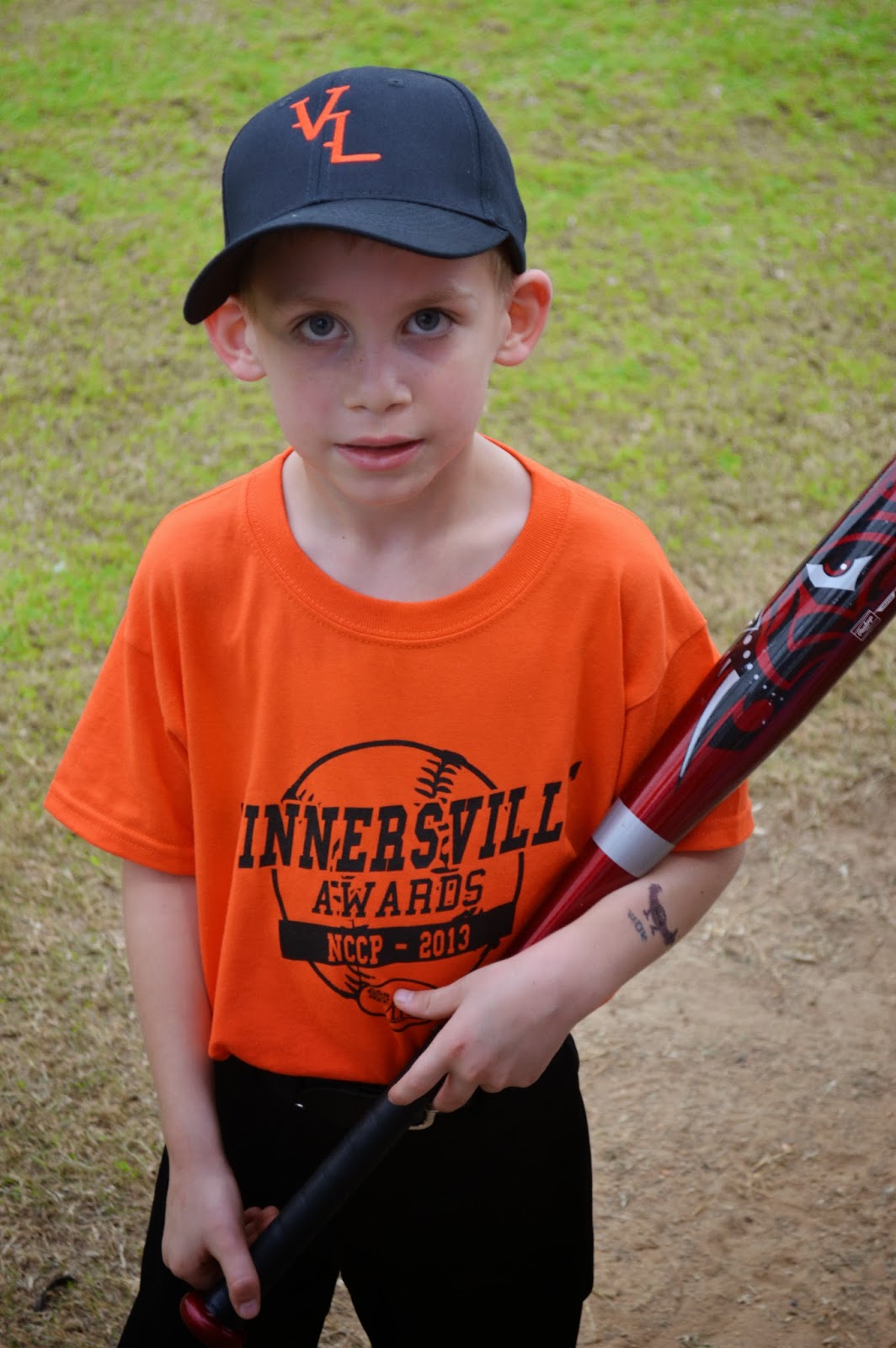 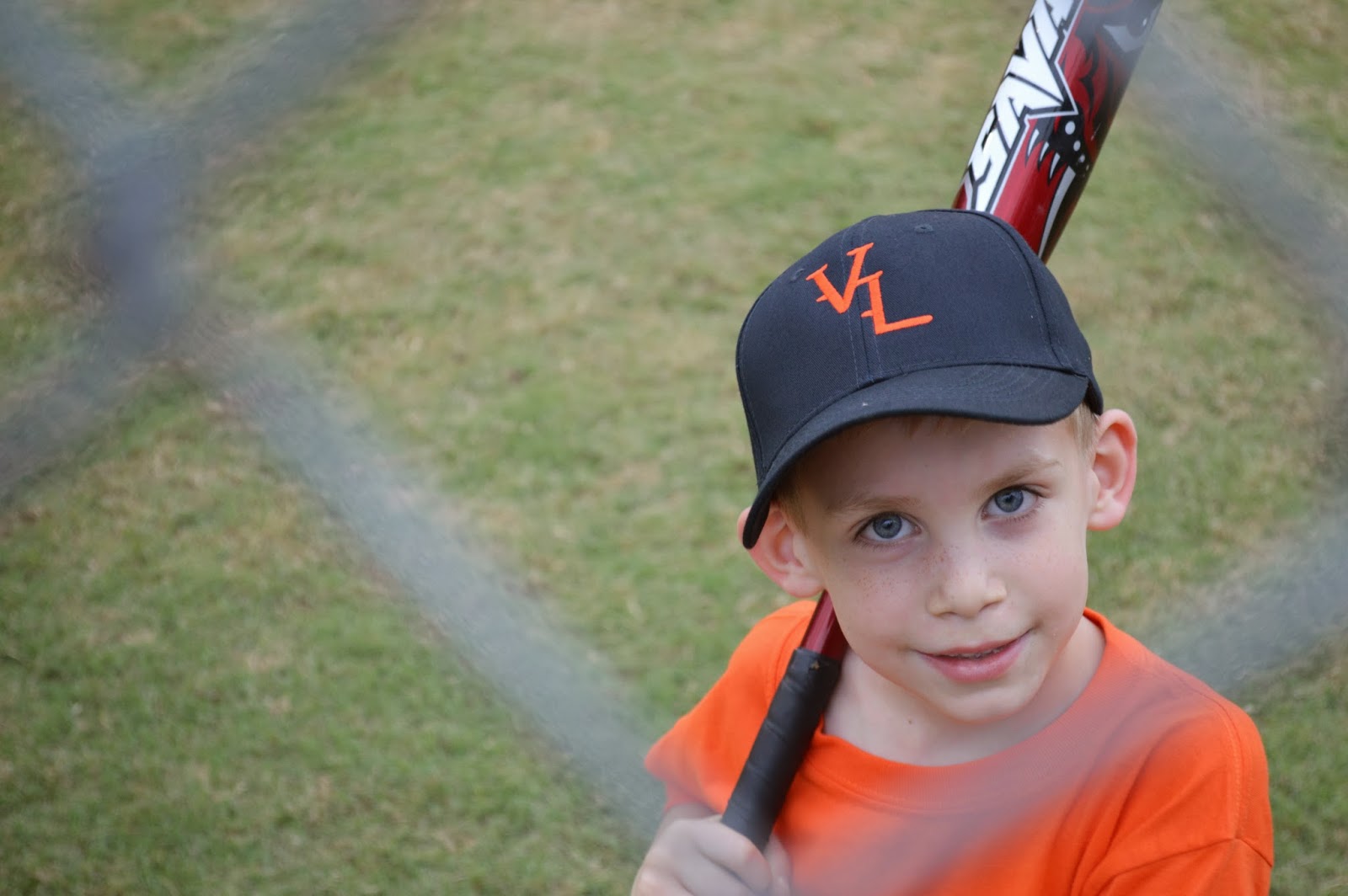 Zach had to meet me at the field from work so on the way home he took Britt and I took Kye. Kye, as I expected he would, talked about how he wants to play baseball now. I am NOT super mega against sports for kids…although Zach’s family probably thinks I am haha. I just am big about the family unit as a whole and how each decision we make affects that family unit. For us, it would be a pretty big sacrifice for everyone in order for our kids to play sports.

Zach and I both agree that we want them to be involved and to be able to choose what they want to do, but we both also agree that there is an appropriate age we feel comfortable with that season beginning in our lives. At four years old there is no way we’re signing Kye up for anything competitive. Swim lessons teach a skill. Same with golf camp! But I’ve read lots and lots of research that says competitive sports are better to wait until age 6 or older. I’m honestly hoping to hold out even longer than that. Did you know that Payton Manning didn’t even start playing football until Middle School? Unless Kye shows a true interest in something I am in NO rush for him to start playing legit sports. I’m all about football in the yard, golf days with daddy, swim lessons and races in our pool, etc but nothing organized with practices and such.

Kye and I talked about how he doesn’t have to play baseball just because it’s what Colt plays and how he may want to play something that he knows he is good at already so it will make it more fun for him. The kid hasn’t even ever held a baseball bat haha I talked to him about all the different sports and we both named what our favorites are. We both agreed we don’t like soccer 😉 But Kye said he likes swimming, football, golf, baseball and basketball as his favorites. I suggested for him to practice all of those sports at home and take the time to decide what he really loves to do before we sign him up for anything!

I know many mamas are anti-football for their sons. But I married a football player and I understand his love of the game. I would prefer for Kye to love golf. Not because football is dangerous (although it is and that is SO scary) but because I saw the heartbreak Zach felt when his football career ended. Golf is a life long sport and I would rather Kye choose something that he’ll never have to stop playing! I also totally will support him playing football if that’s the course he takes (which, duh, I’m sure he will!), but I keep encouraging the father/son golf outings to hopefully steer him in that direction 😉