This Christmas was a very busy one! We spent the day of the 24th relaxing at home and loading the car for the drive to Melbourne the next day. At 6 we all met up at Little Mama’s for dinner and to play Guesstures as a family. We then had to drive all the way back to our house to let the dogs out because they were going to have to be locked up for over 12 hours since we stayed at Mrs. Charlotte’s house for Christmas morning!

To help them get out their energy we opened all their gifts! We hooked the dogs up this year because I plan on saving lots of their presents for when Clover gets here (I hear it helps with the adjustment if the dogs have some new toys and such). Our dogs really get the concept of Christmas! Sadie literally opened a present with her teeth! 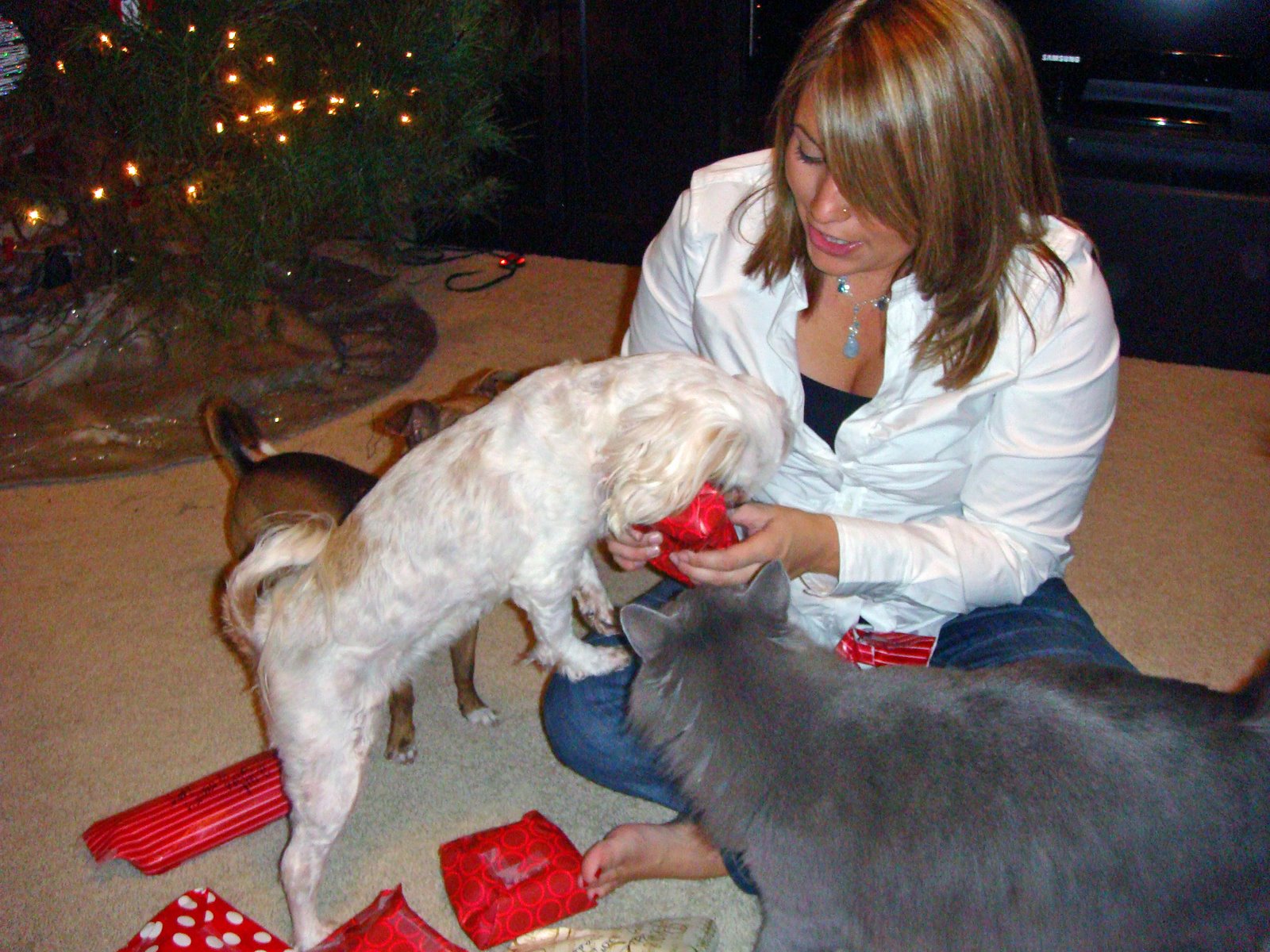 We didn’t get to Mrs. Charlotte’s until close to 11! I was so tired but (due to some drama) I felt so bad for Mrs. Charlotte so Zach, Casey and I stayed up to decorate gingerbread houses. Mine was so awesome and should have won! I think it was rigged because Mr. Rusty judged them the next morning and said mine came in third! Whatever… 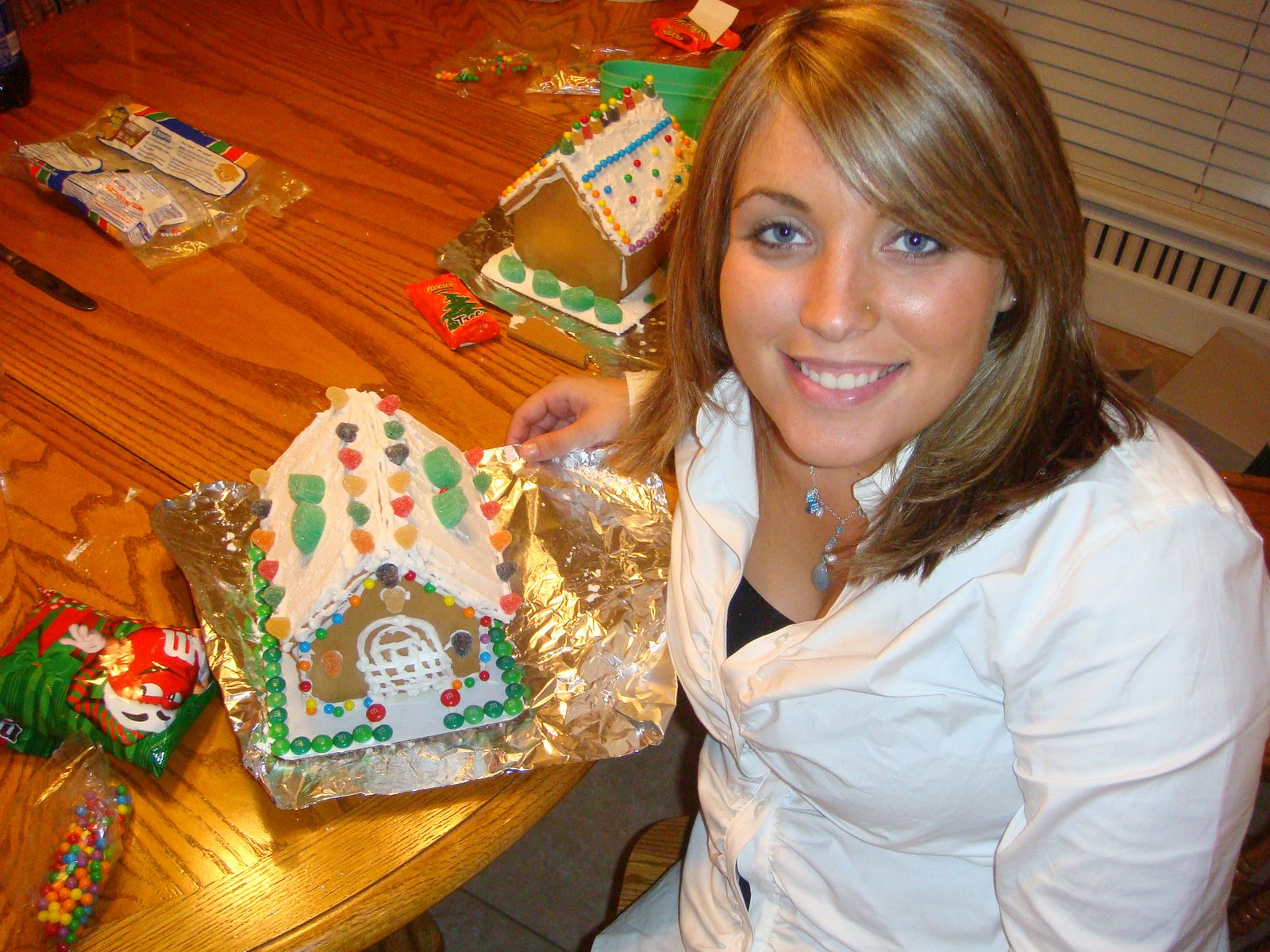 No one got any sleep (well Casey may have…but she’d be the only one) that night! I couldn’t sleep because the bed was uncomfortable and because we were in the room next to the baby and I could hear him crying a lot. Courtney, Brad, Mr. Rusty, and Mrs. Charlotte all didn’t sleep because Brad had to go to the emergency room! He couldn’t breathe and thought he was having a heart attack…luckily it was just something to do with his chest wall being swollen or something.

We ended up calling it a night at about 5:30 am and went out to see if Santa came. It’s Colt’s first Christmas and he was so cute! Although I may change my mind next year, I don’t see us buying nearly as many presents as he had! He opened about three of them then played with this bow and then fell asleep the rest of the morning. 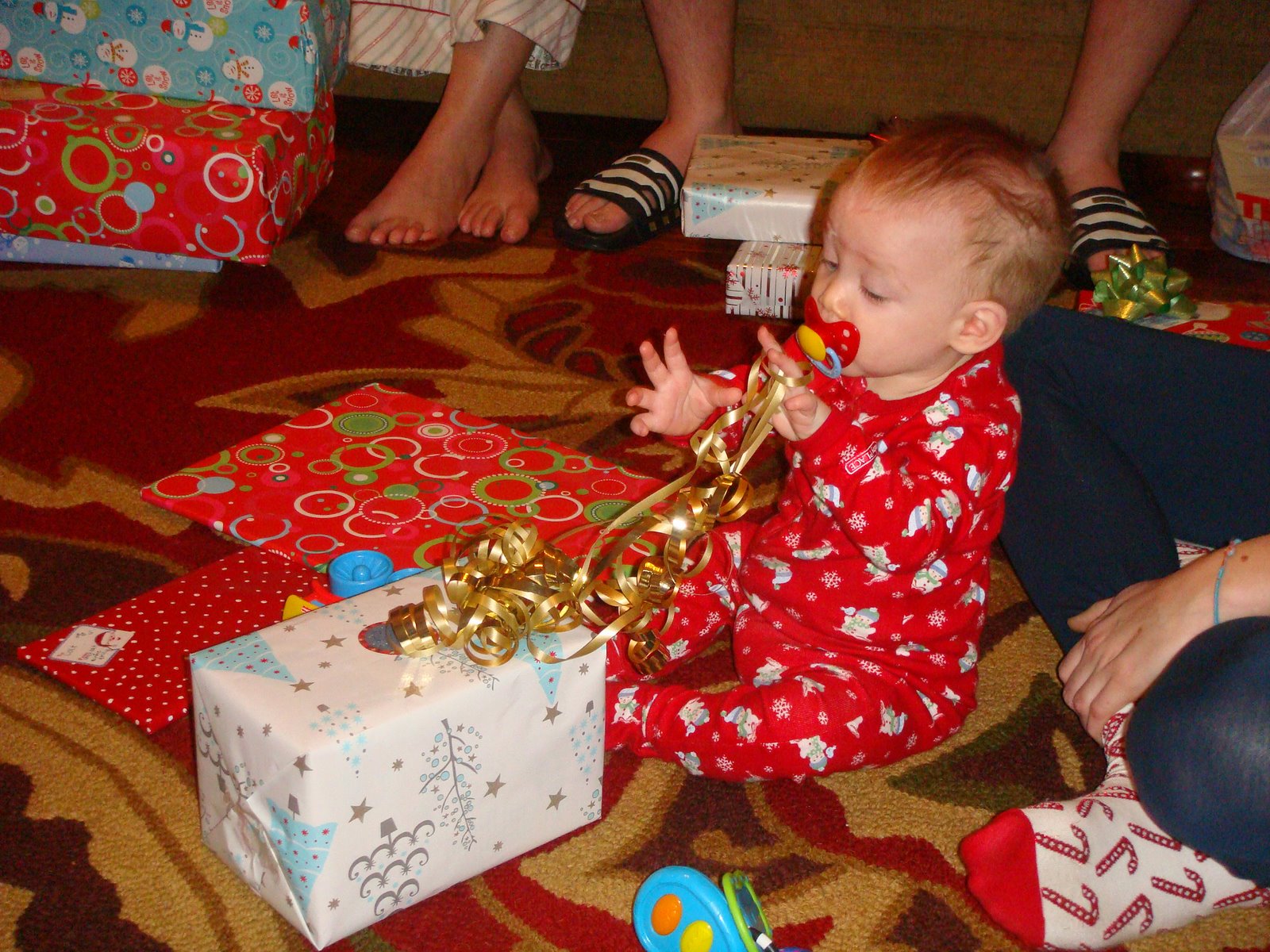 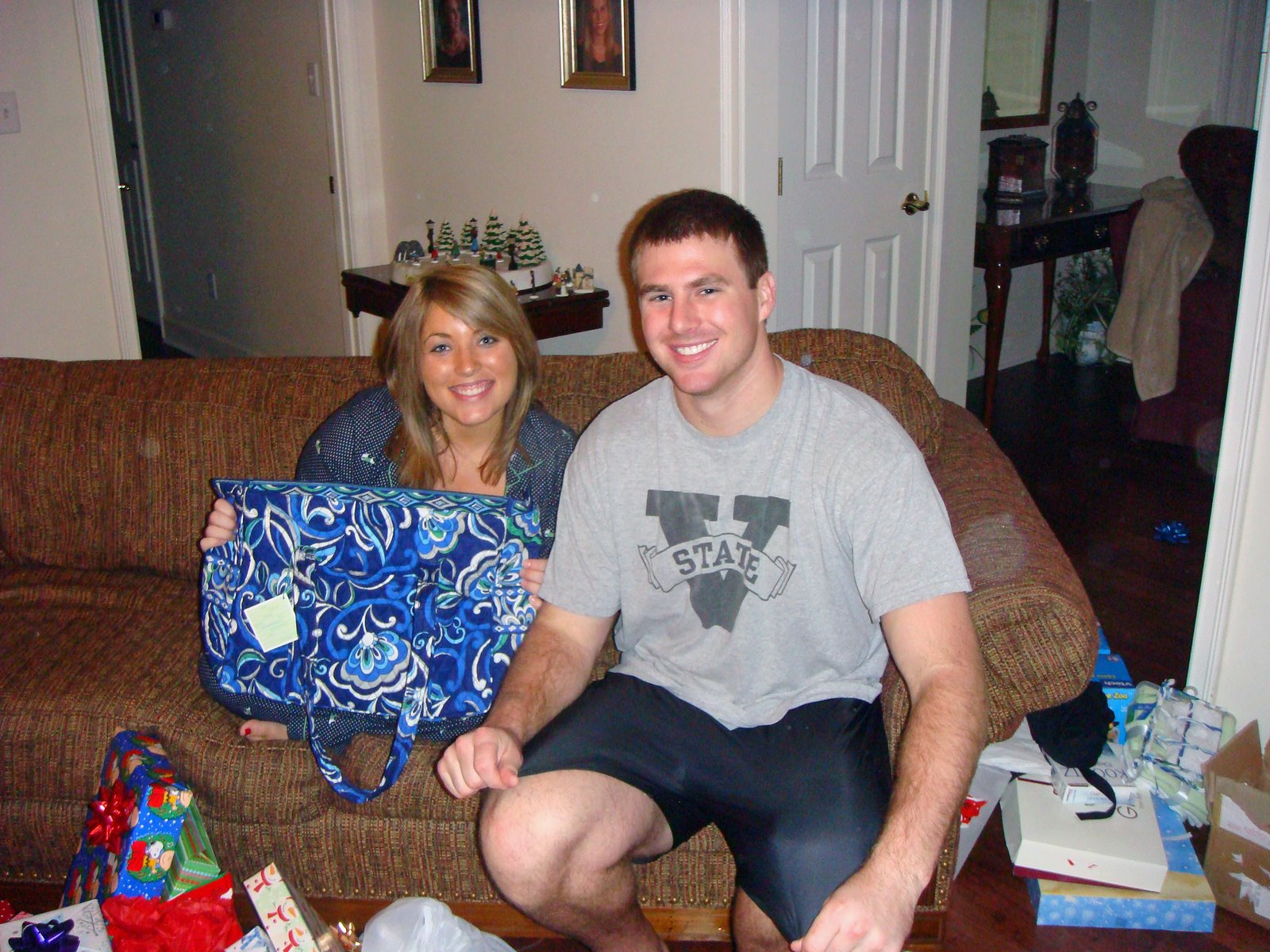 The funniest thing Mr. Rusty has ever done. He bought Mrs. Charlotte a pair of shoes but when she opened the box only ONE shoe was in there. I cracked up which made Zach crack up because it’s just such a typical man thing to do. To grab the box and not even check and make sure that both shoes were there! This laughter lasted for quite awhile then we went on with opening and a little bit later Mrs. Charlotte opened another gift and it was the other shoe! So funny because Mr. Rusty really had us fooled! 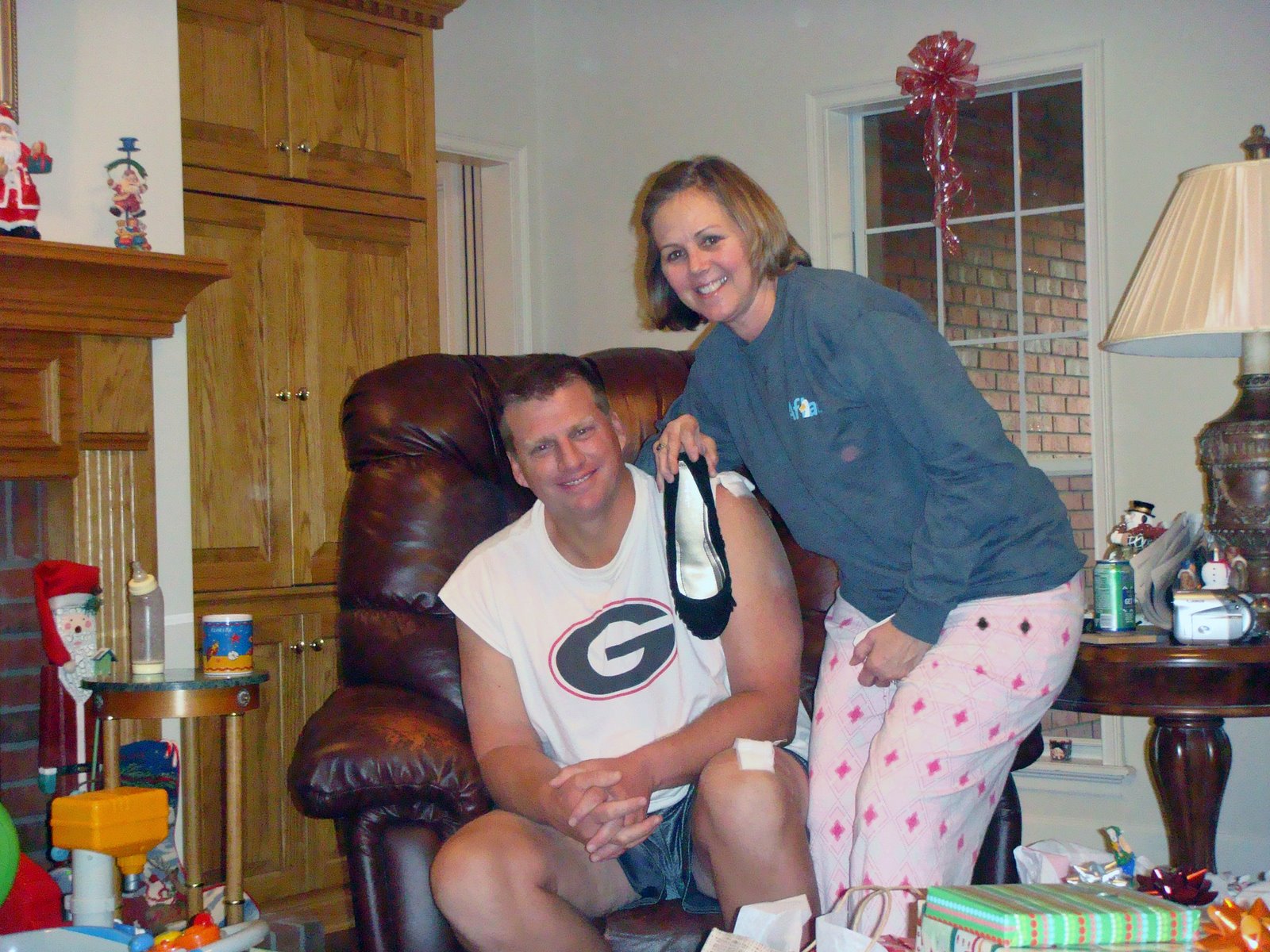 We left the Parker’s at 9, picked up the dogs, and hit the road. We made it to Melbourne, dropped off the dogs, then drove another 45 min to Vero Beach to have Christmas with my family at my aunt’s house. It meant a lot to me that Zach was willing to drive to Melbourne again after we had just gone that past weekend! But I hated the idea of my mom being alone on Christmas and wanted to be at the big family gathering to be with Nana.

Here she is “acting” dramatic with her new sunglasses and scarf. So funny! I feel like the picture should have one of those word bubbles saying “Hello Dawwwwling” 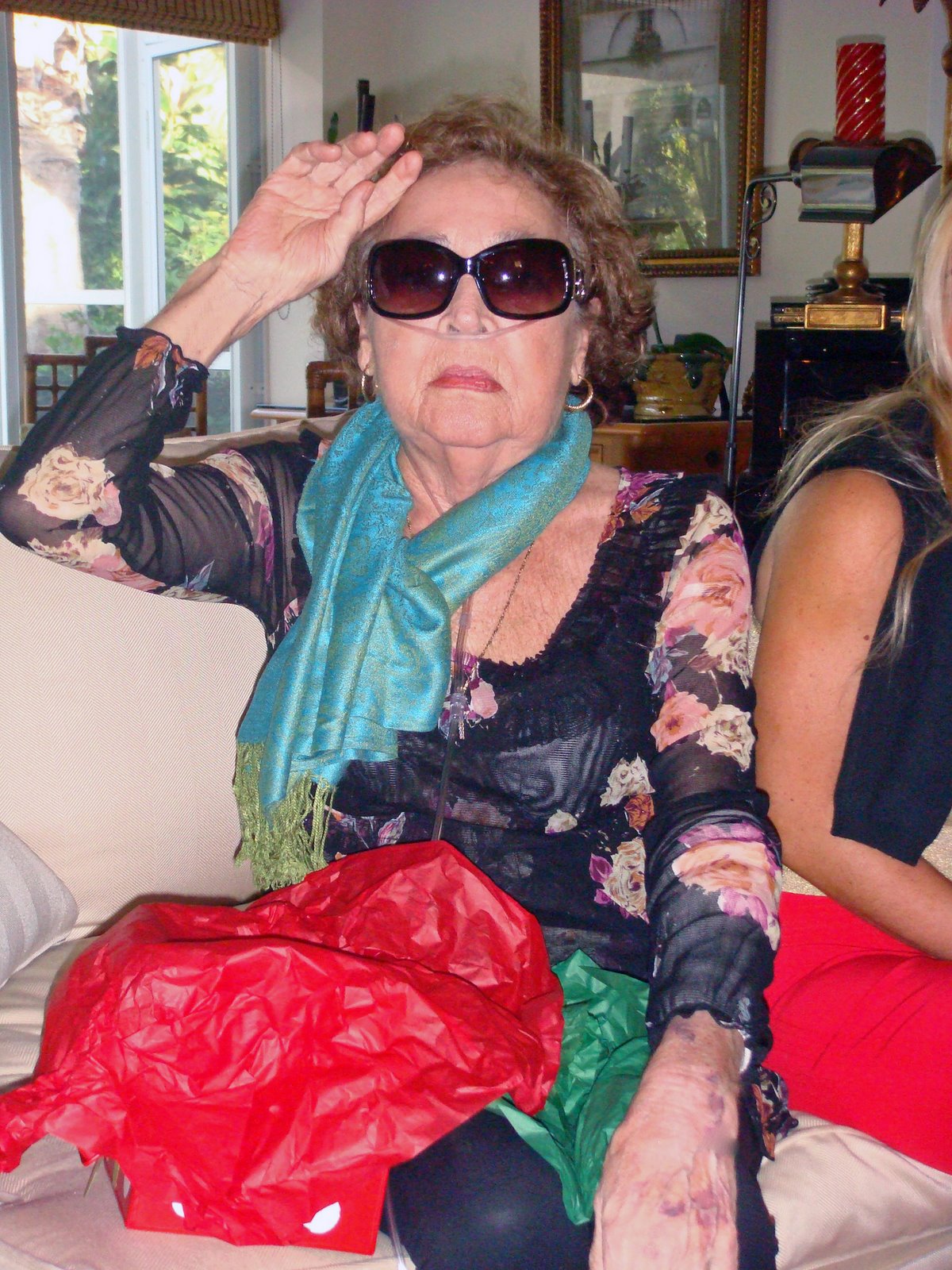 I love my Nana and am so glad I got to be with her on Christmas day! We gave her a framed picture of Clover so she can always see our little baby 🙂 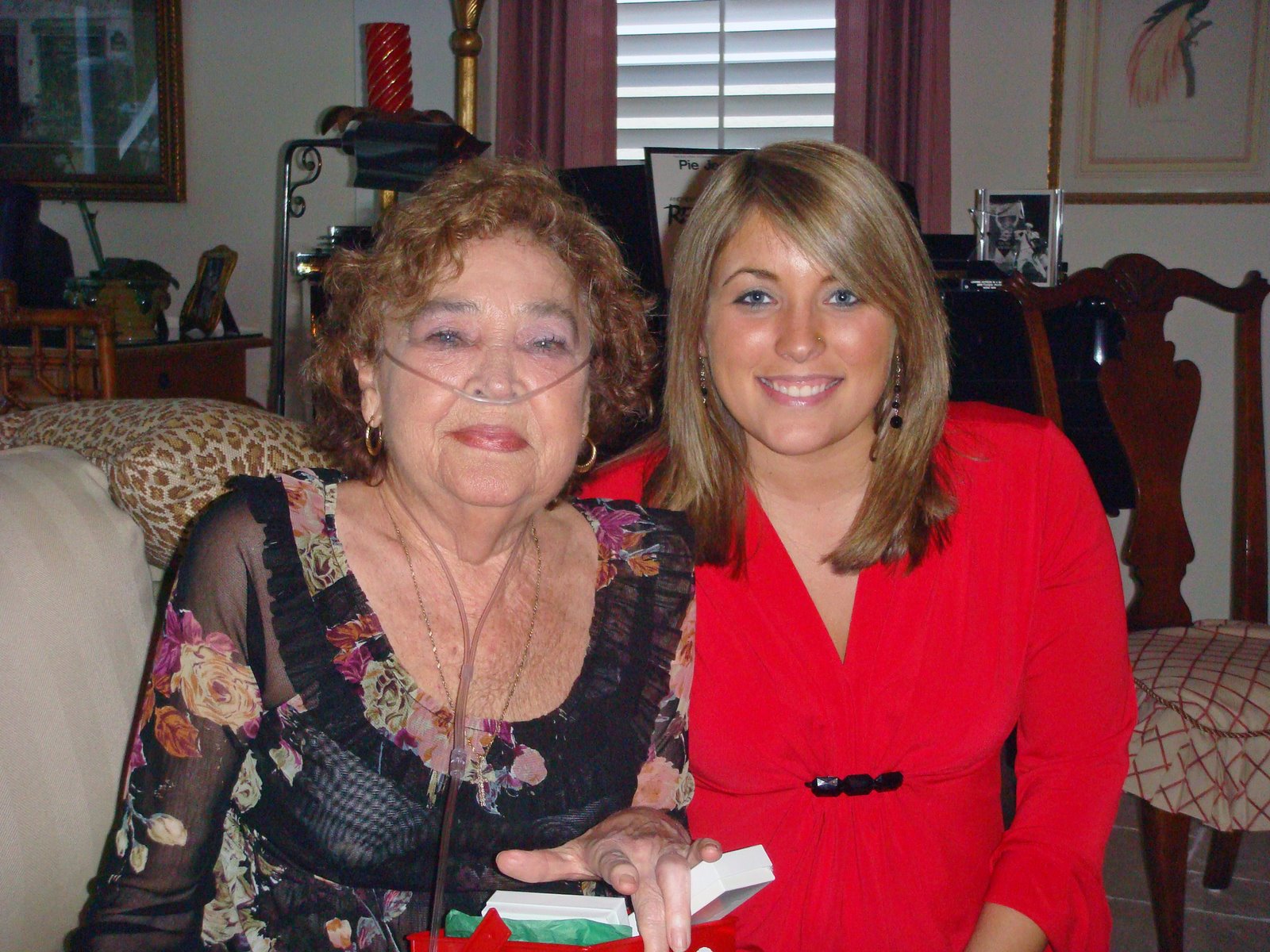 A lot of our family couldn’t be there but it was still a fun time together. Zach was so cute with Aiden! Aiden warmed right up to him and even, at one point, jumped in his lap to give him a kiss! It was adorable and made me so excited for my husband to be a DADDY! 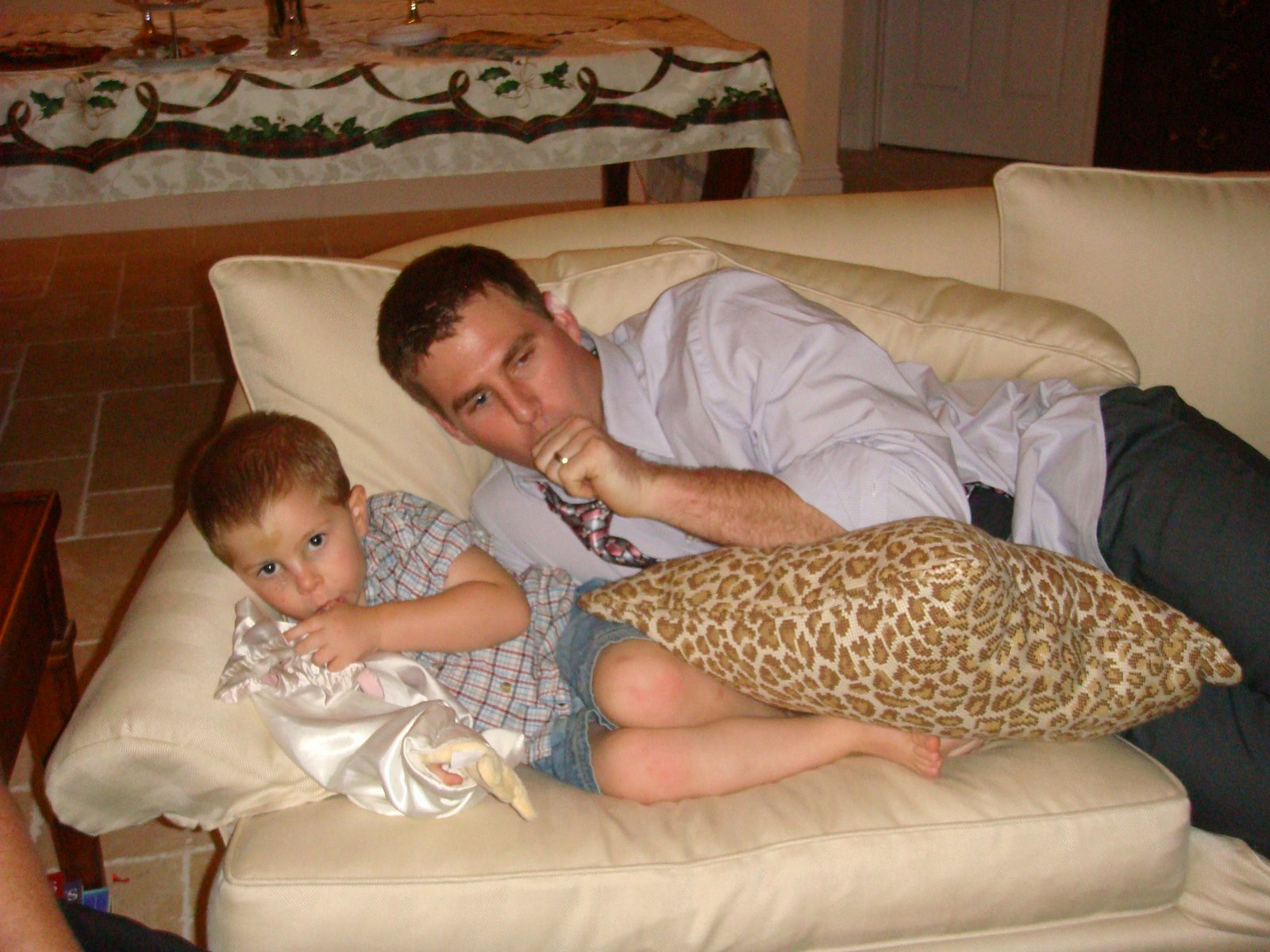 This was a VERY VERY busy Christmas and I can’t imagine how we’ll do it all next year with a nine month old (and two dogs!)! I know we’ll make it work somehow though and I can’t wait to be a Mommy for Christmas day instead of being a huge blimp!