After Blitzen’s first baby shower I thought it’d be fun to take Kye that afternoon to the church Halloween party. Zach was still working on the storage shed and it was something we could do to get out of the house. When he got up from his nap I showed him his lion costume! He took one look at it and said “I’m not wearing that Mommy.” Oh boy. I told him he had to wear it and put it on him. I tried to make it exciting by taking him outside to show Daddy…but this is how he reacted to first wearing the costume… 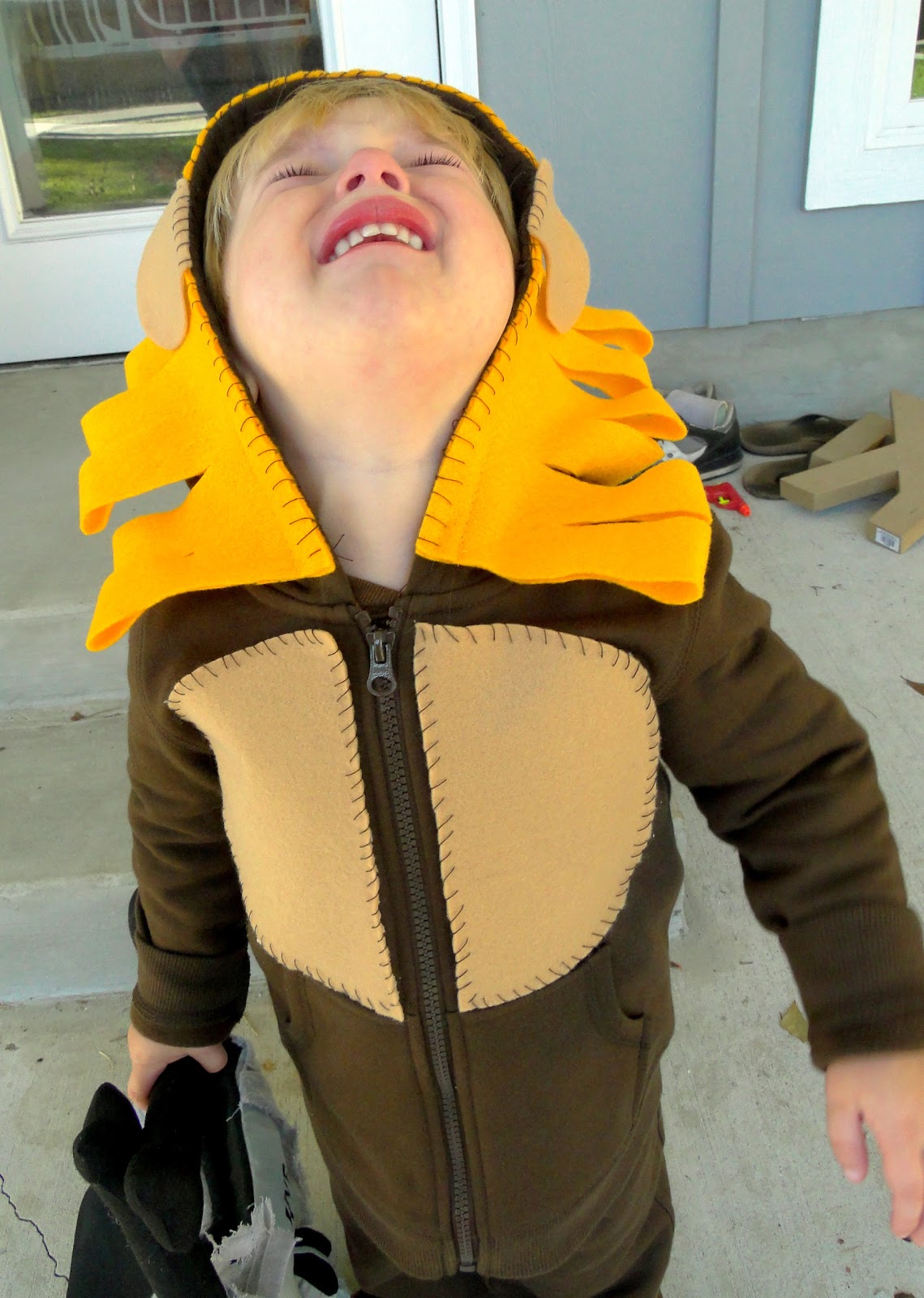 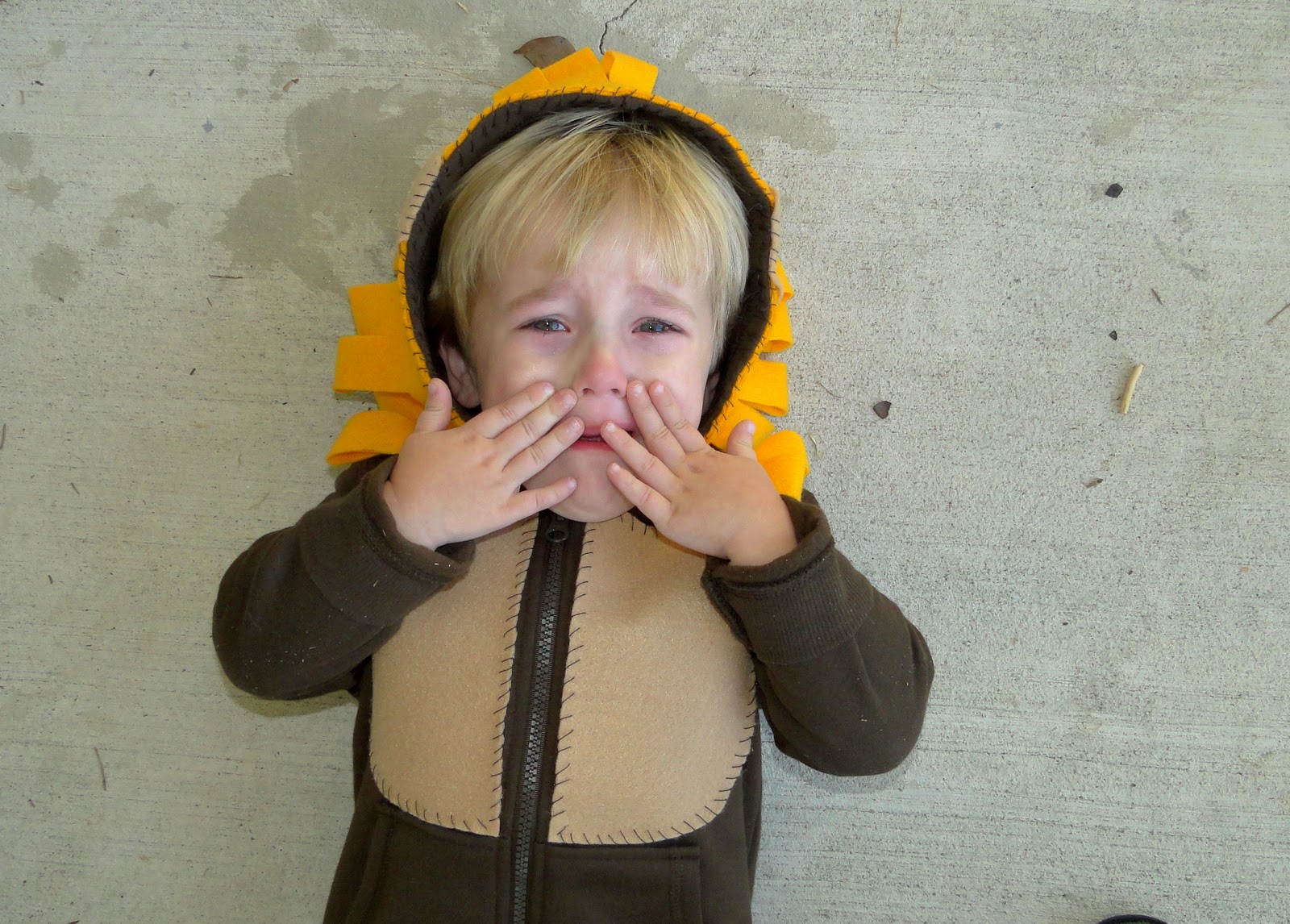 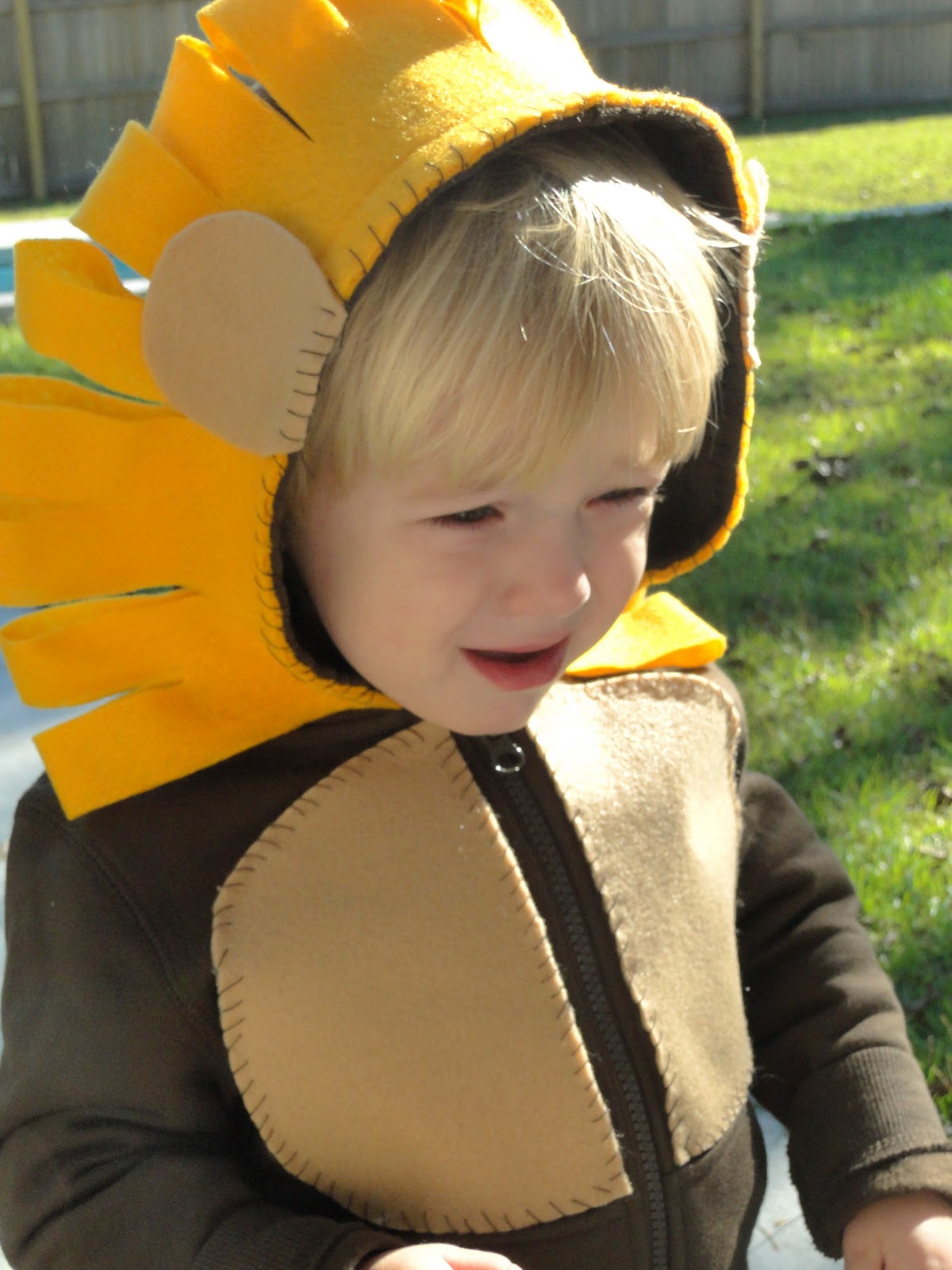 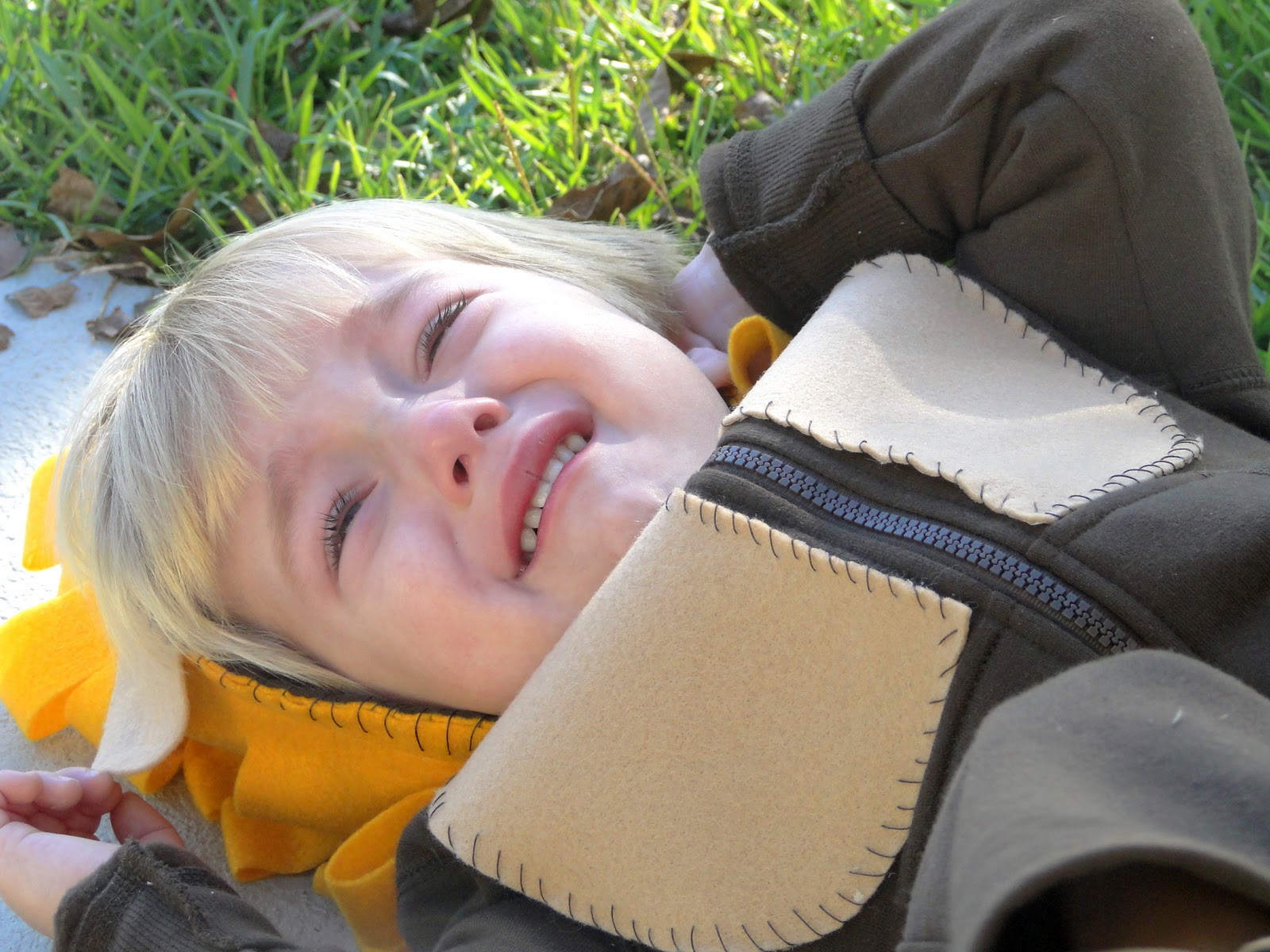 I understand how he was feeling. He’s 2 1/2. He doesn’t understand Halloween or the concept of wearing a costume. I explained to him that we were going to church and that he’d get to have some candy but only if he wore his lion costume. He still refused. I just kinda dropped it and took off the jacket part of the costume and headed out. We stopped by the store to get some stuff to bring to the event and I made a big production out of picking out the candy we’d hand out (dum-dum suckers) and explained that he’d get candy if he acted like a good lion! We practiced roaring and such and by the time we got to church he wasn’t as sour about wearing the costume! 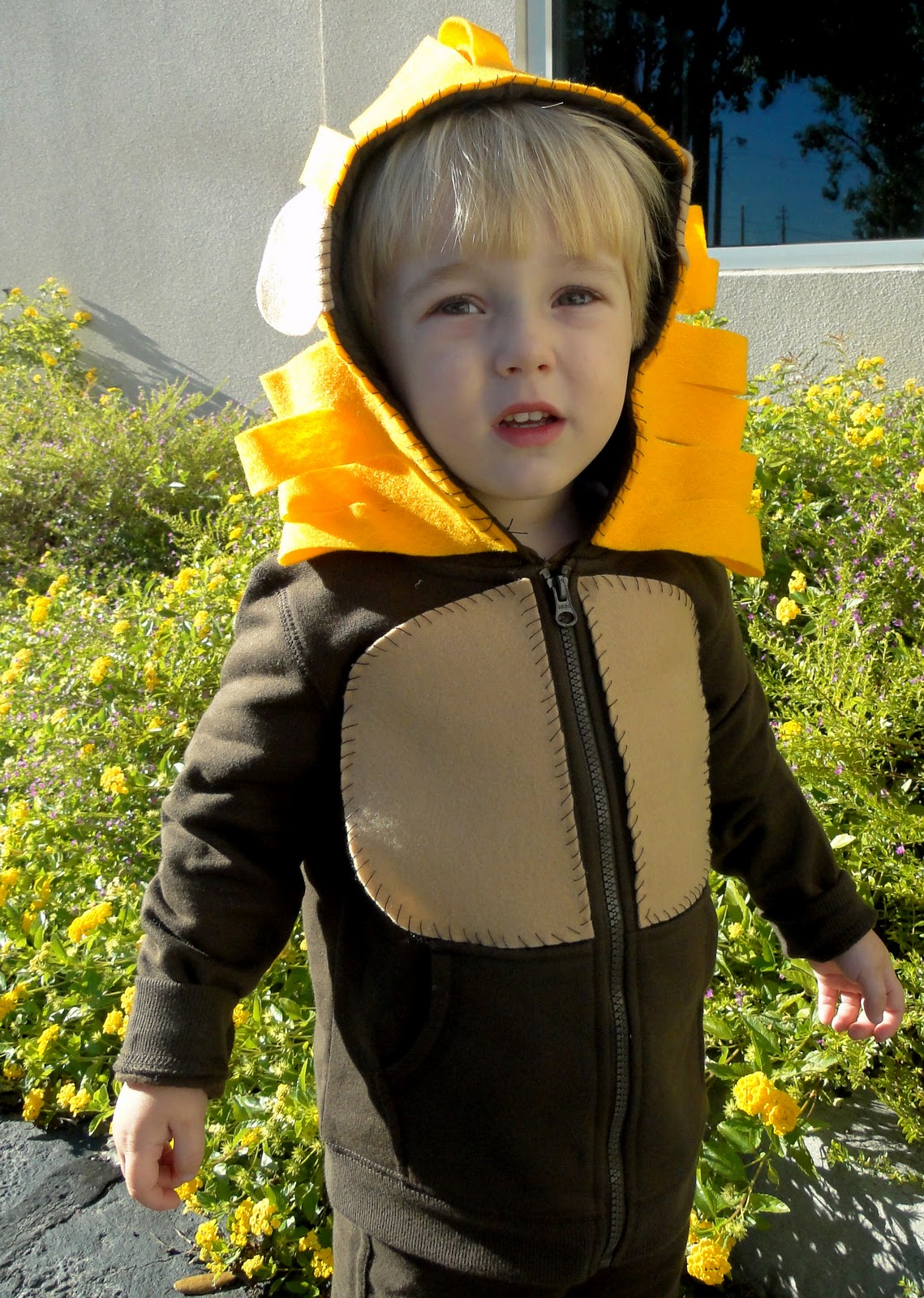 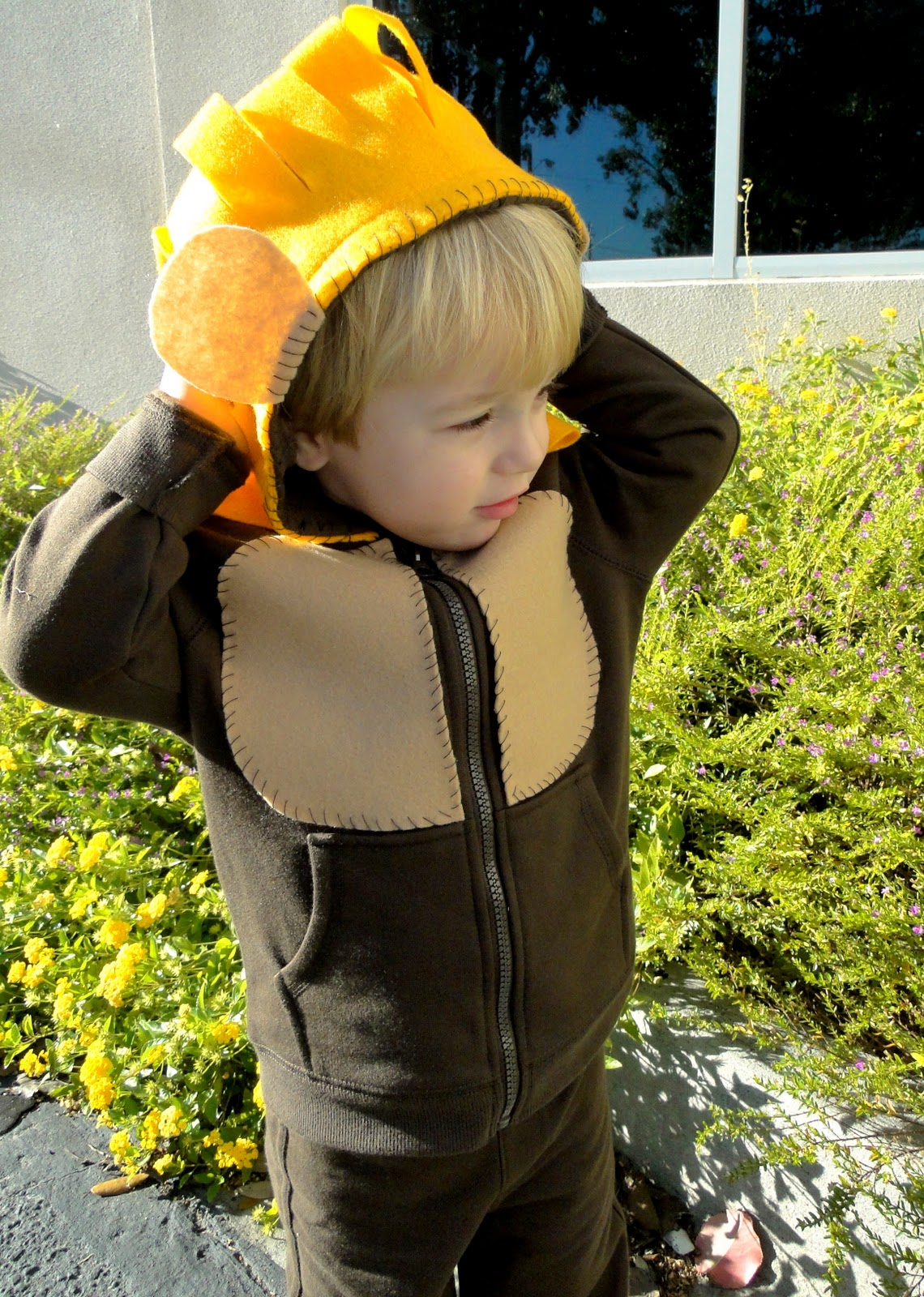 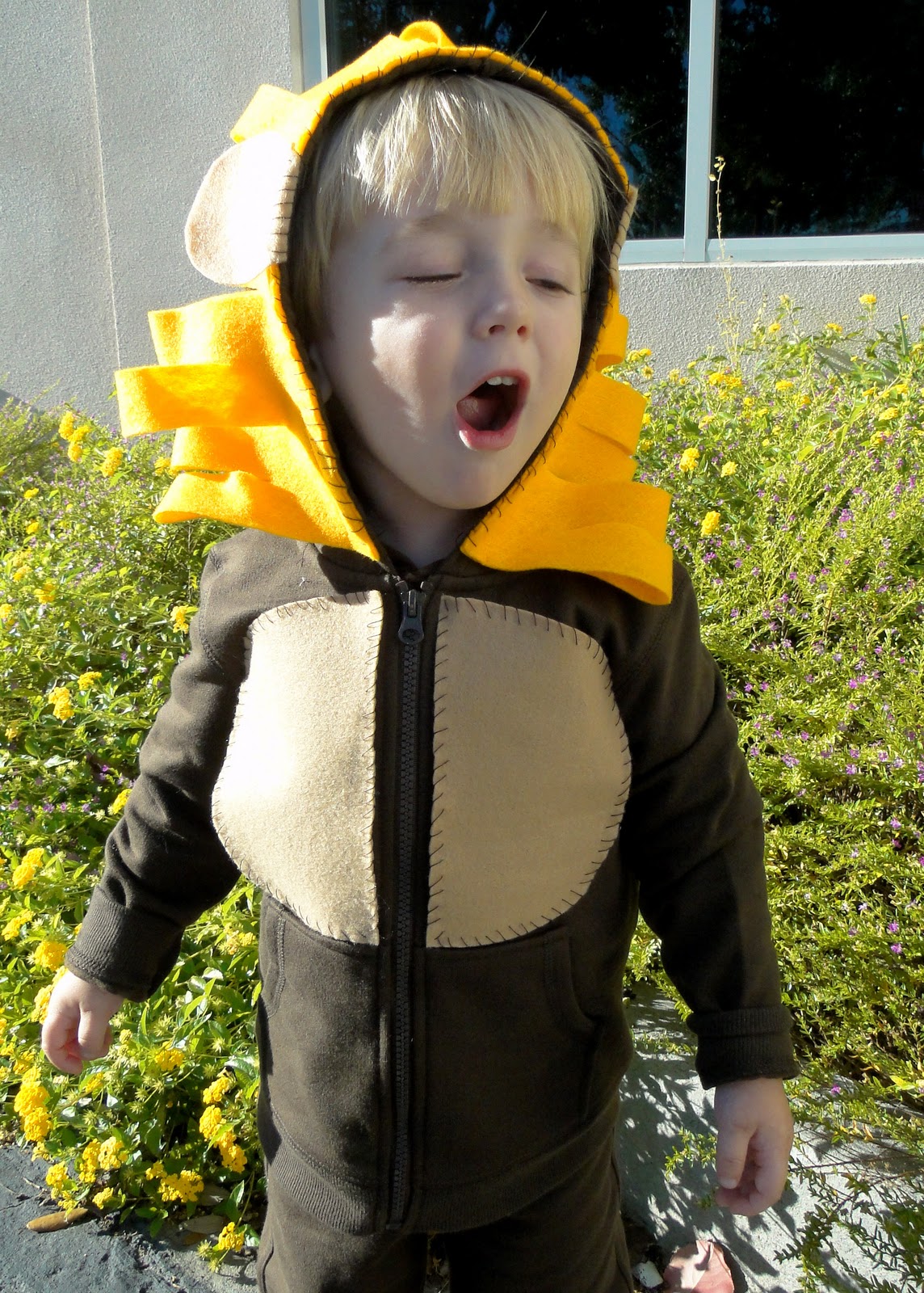 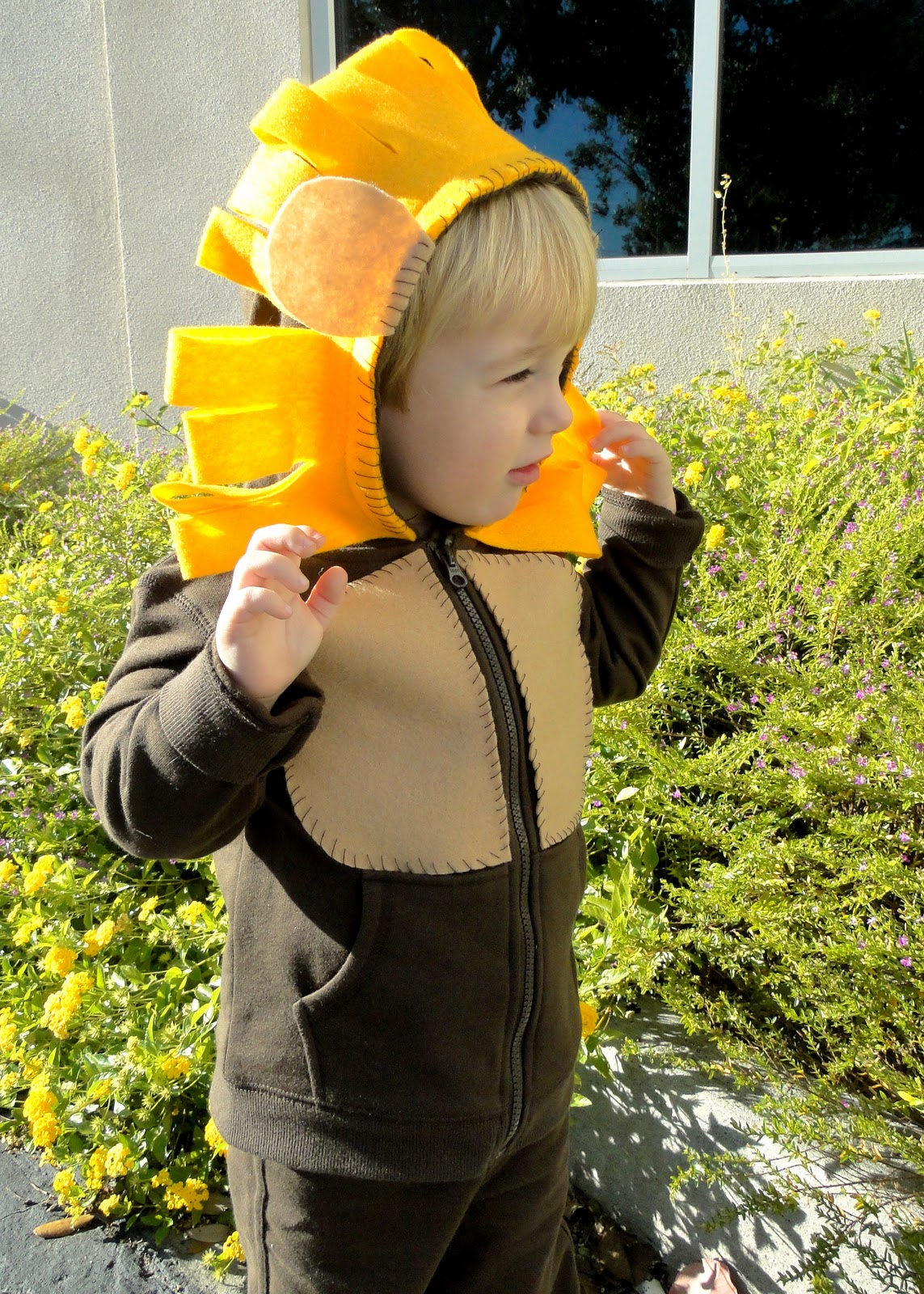 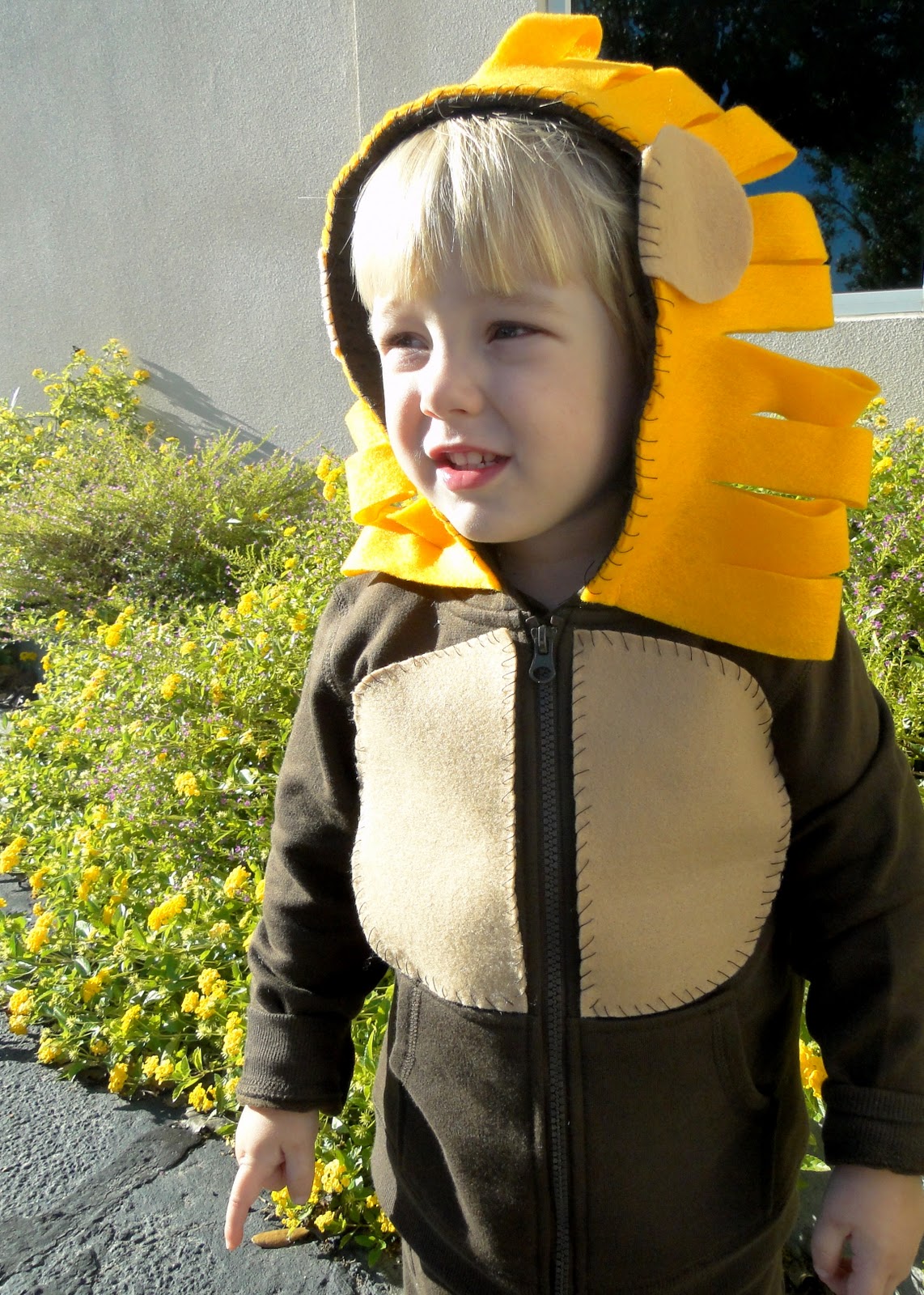 Once he saw the other kids wearing their costumes he was cool with it and had fun roaring at everyone and playing with his friends. He was ESPECIALLY excited when Kailyn got there. They are in the same class at school and we go to church together. They have SUCH a cute relationship. Early on Kailyn would be all about Kye and run up to him then get all shy and run away. Slowly Kye has started to become more and more interested in her too and now they are always on the look out for each other at church. Kye talks to me about how pretty Kailyn is and has had me take him over to where they sit before church services start and wait for her so he can hug her before we go to our seats. At school I’ve been told he waits for her by the door each morning until she gets dropped off so he can see her. They are so, so precious and I am totally ready to just sign off on this and get them set for life! Hello! Good Christian family, adorable sweet girl…sounds perfect to me 😉 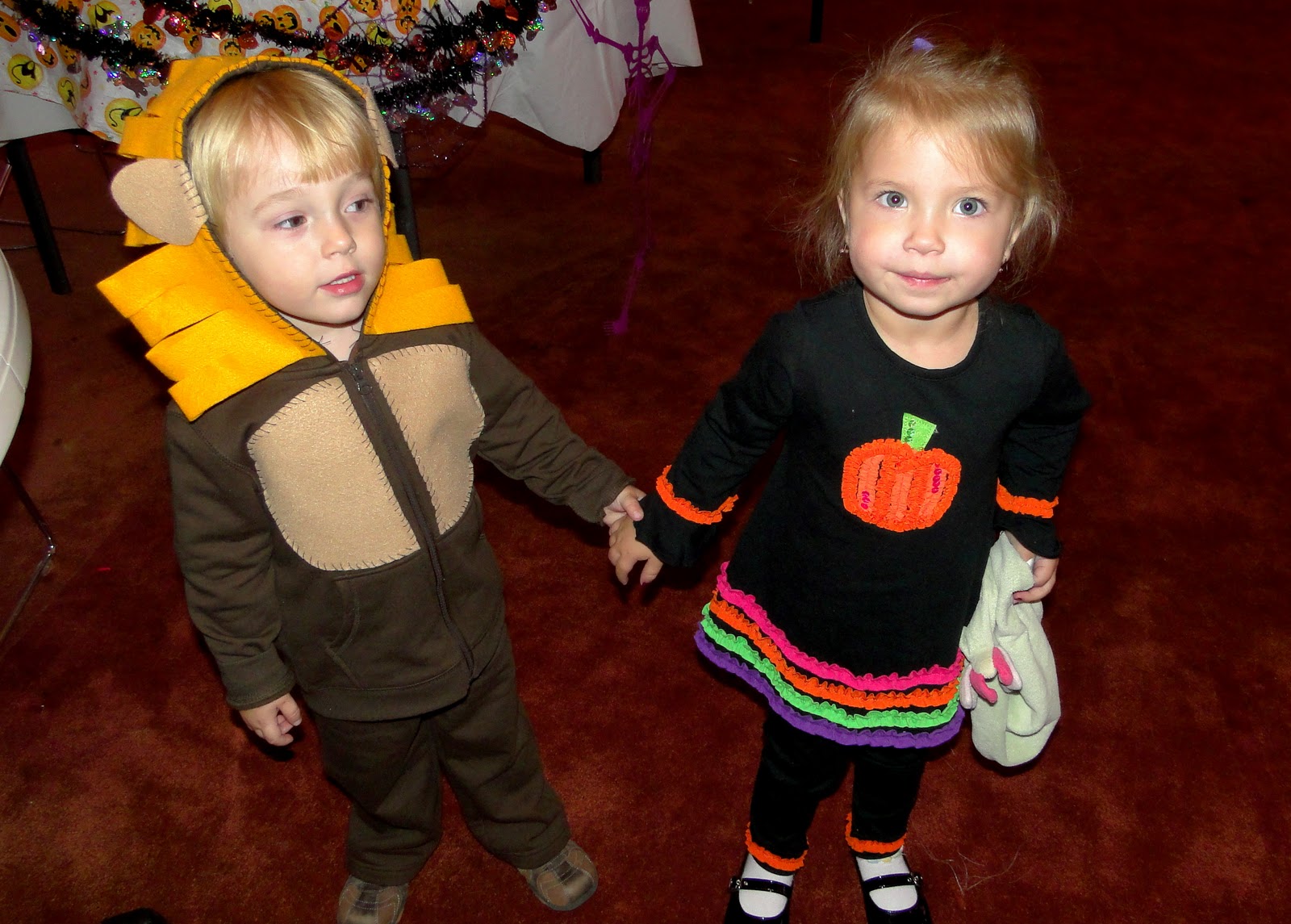 Turns out Kailyn didn’t want to wear her costume either – must be an age thing! 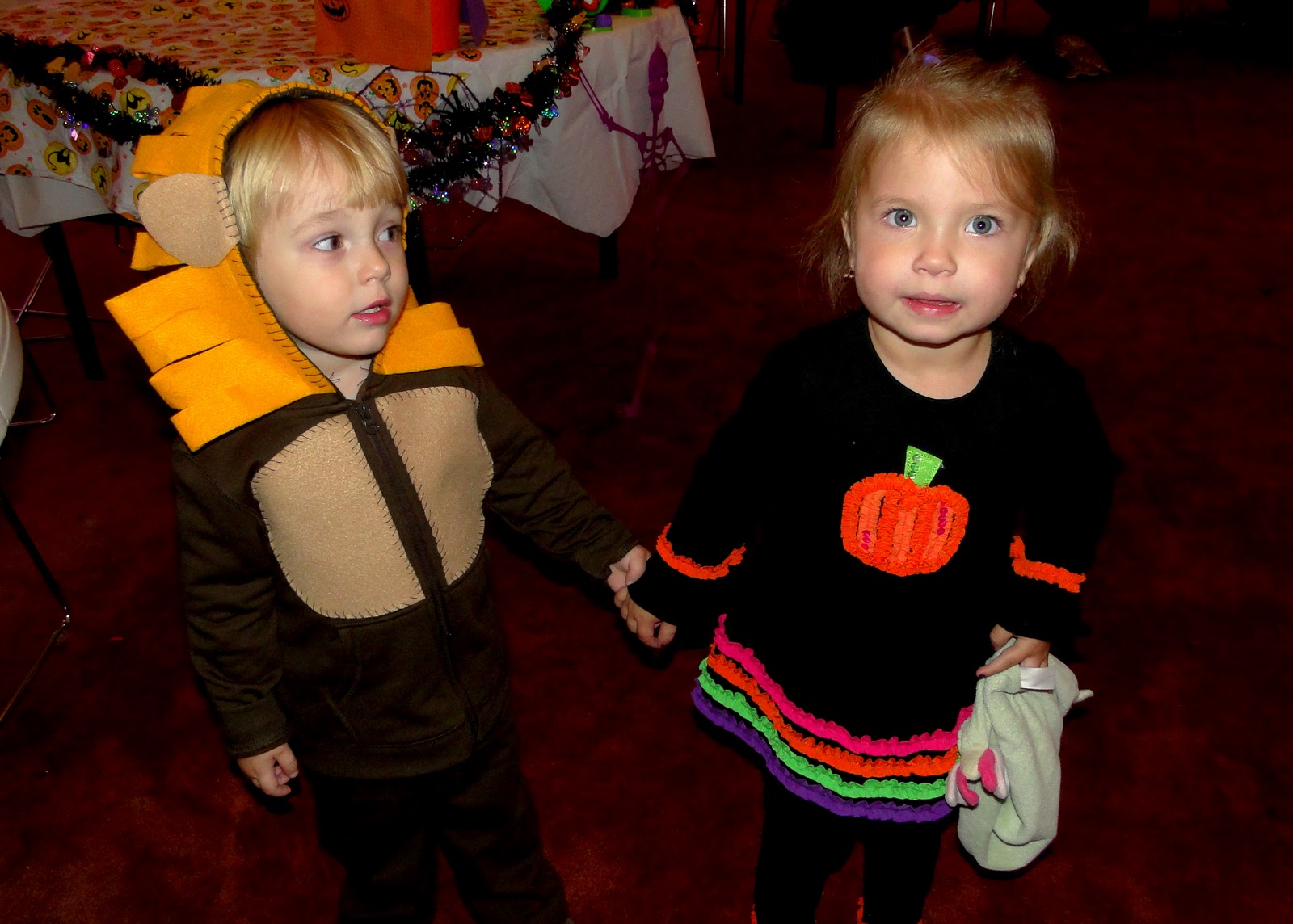 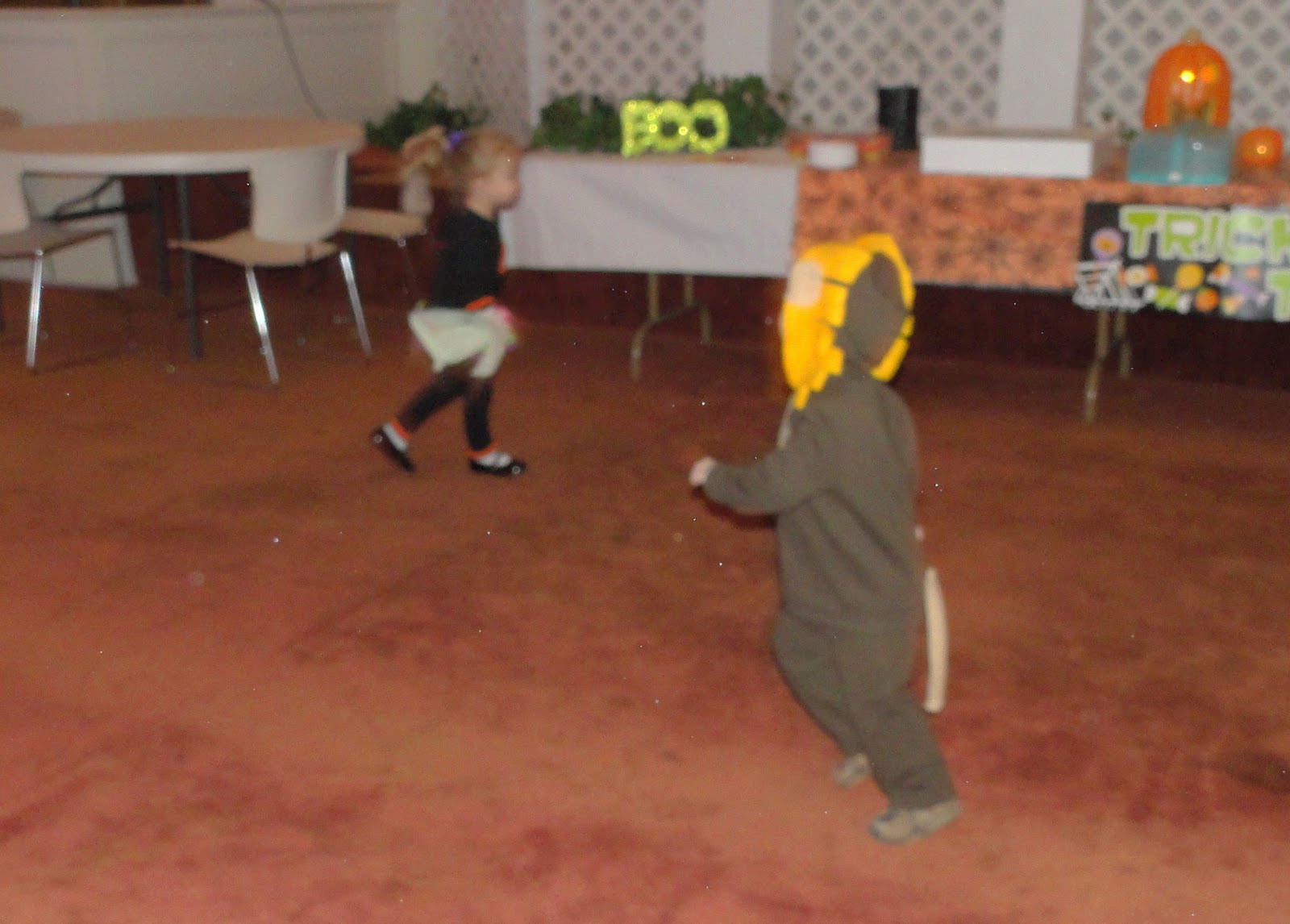 We had dinner then all the children gathered around to hear a Halloween story! 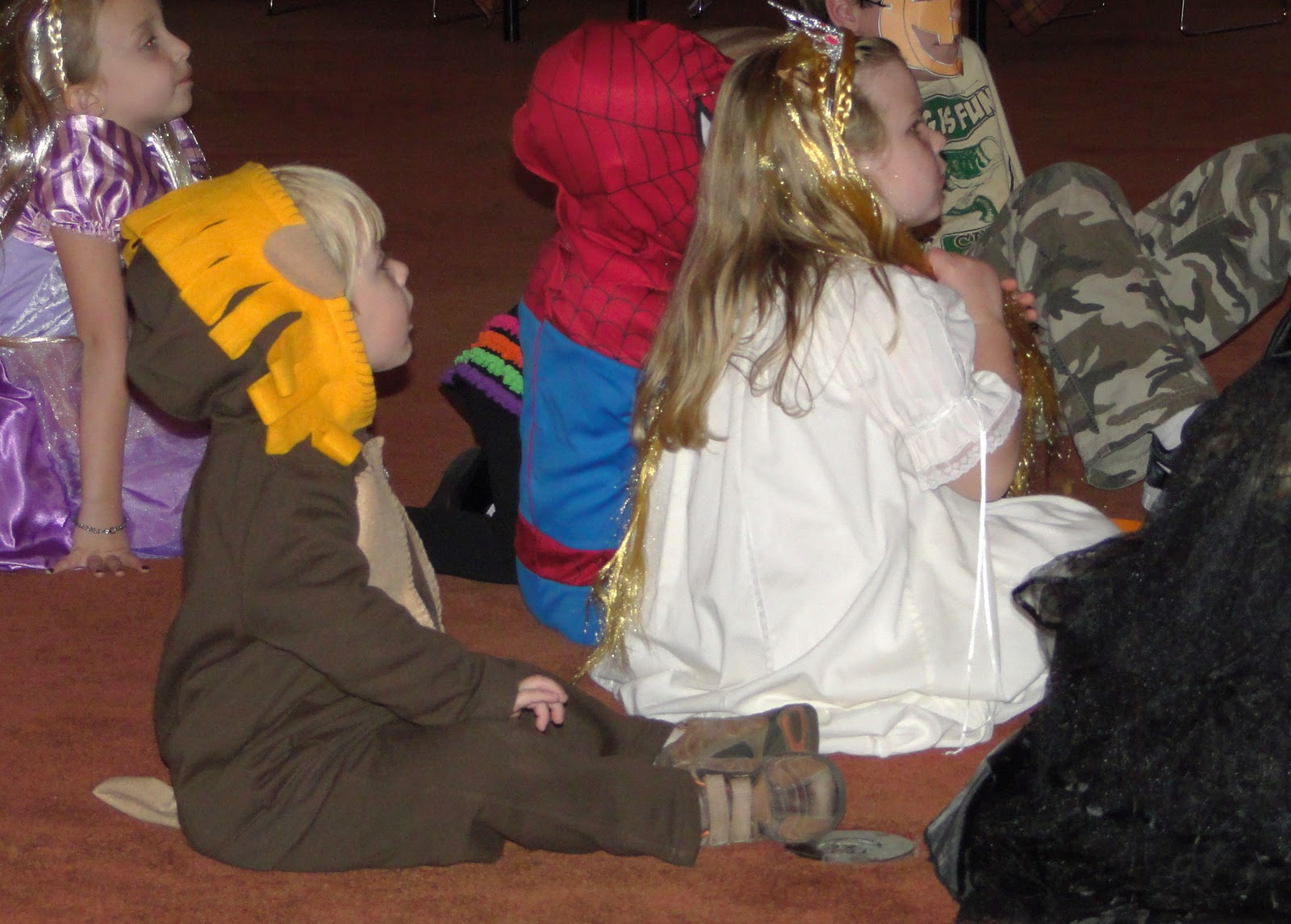 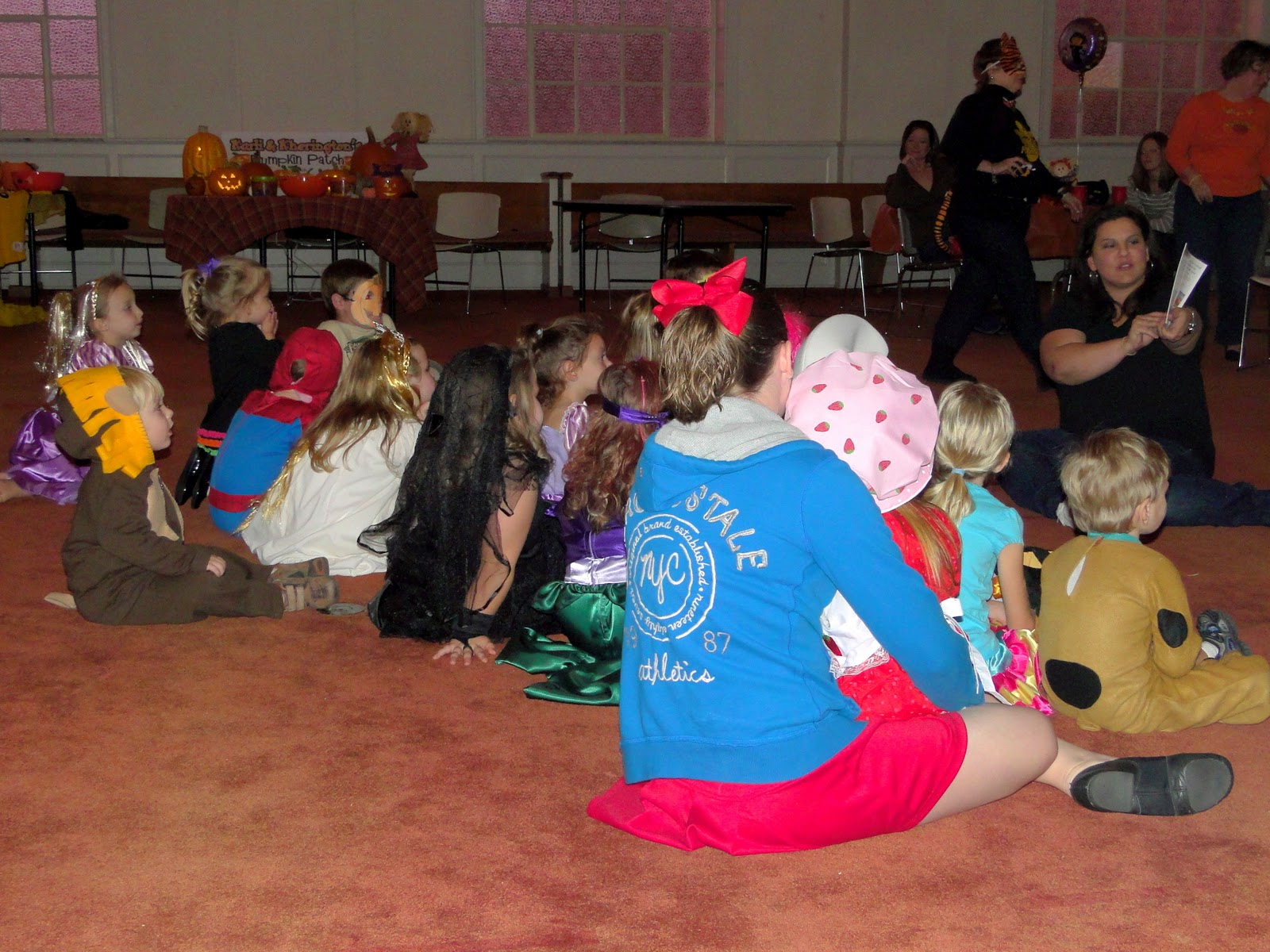 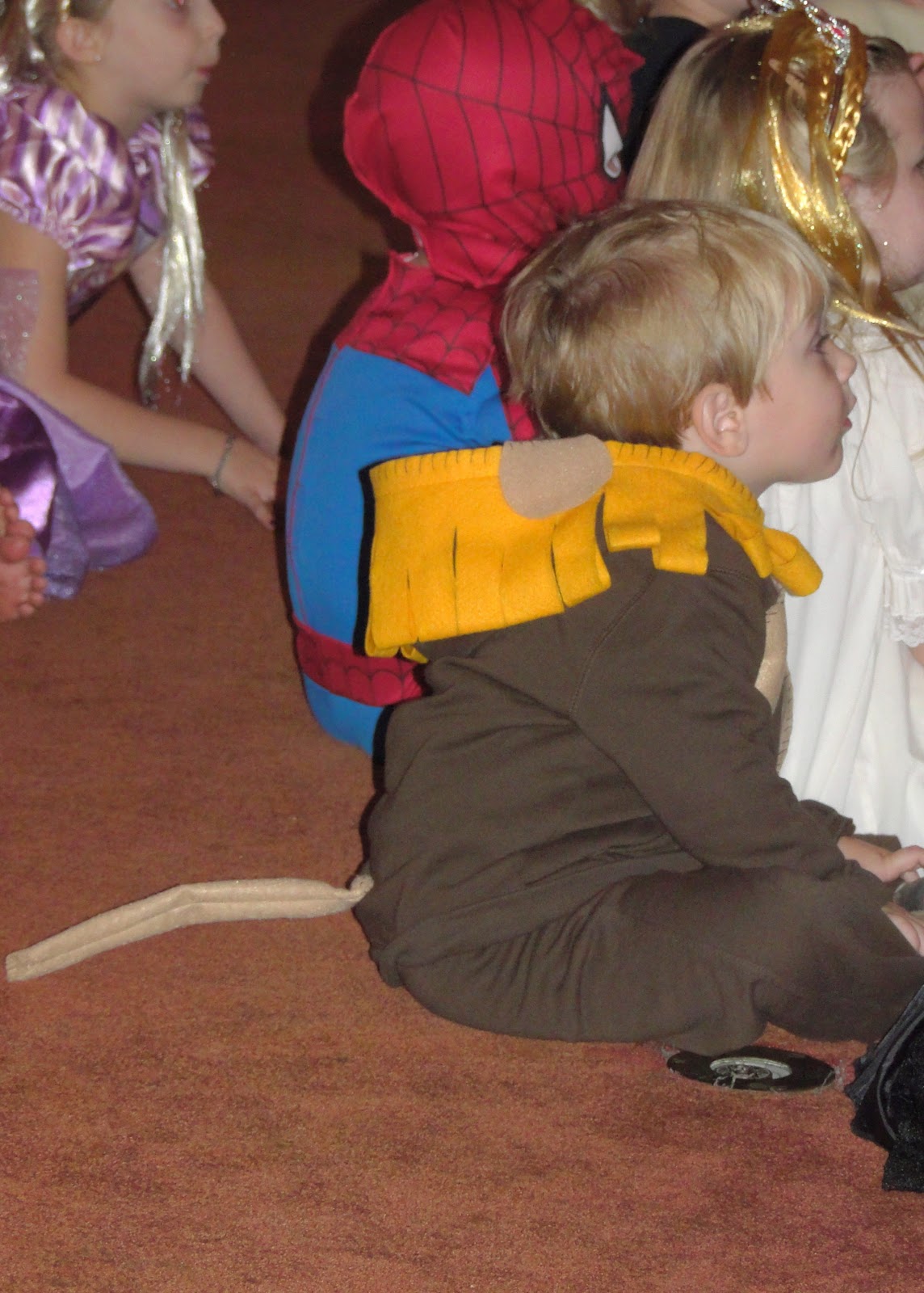 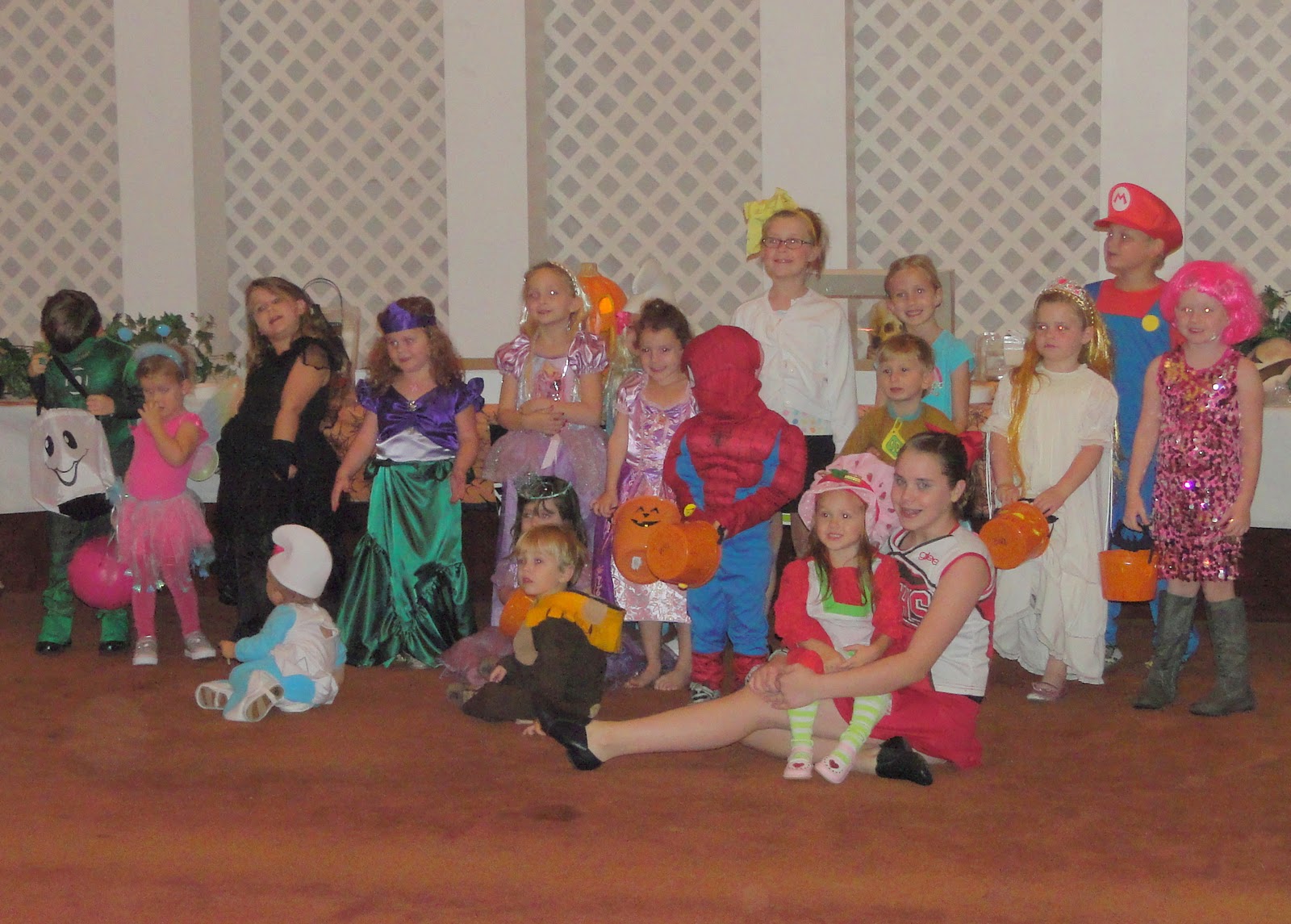 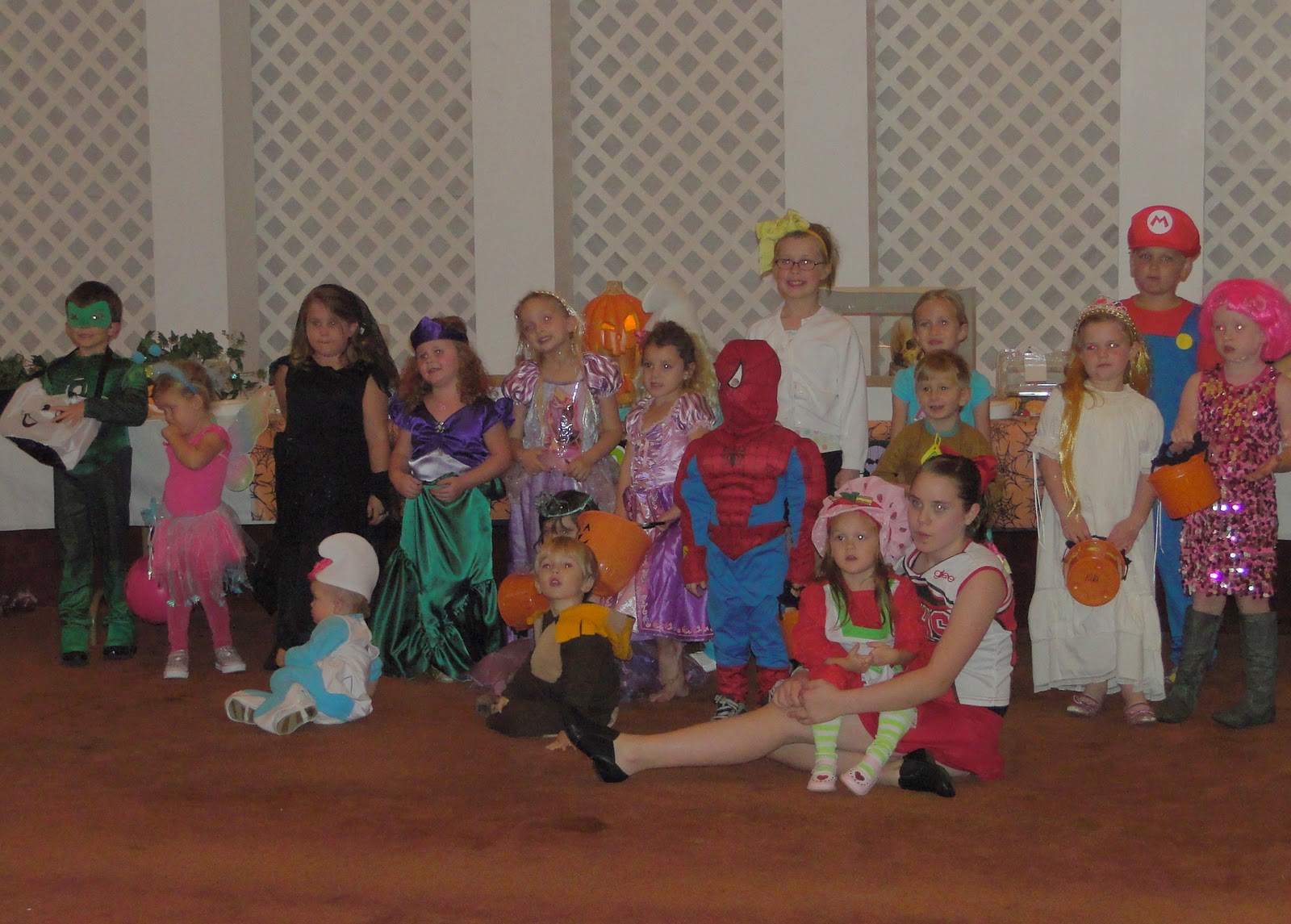 I’m SO glad we went to the event as it was a GREAT way to practice for actual Halloween. Instead of saying “trick or treat” I told Kye he had to give a big loud ROAR before getting candy. It was pretty awesome! We practiced saying “thank you” too and he did great being patient at each table. Plus it was a great opportunity for him to get used to wearing the costume so we wouldn’t have any issues on actual Halloween. 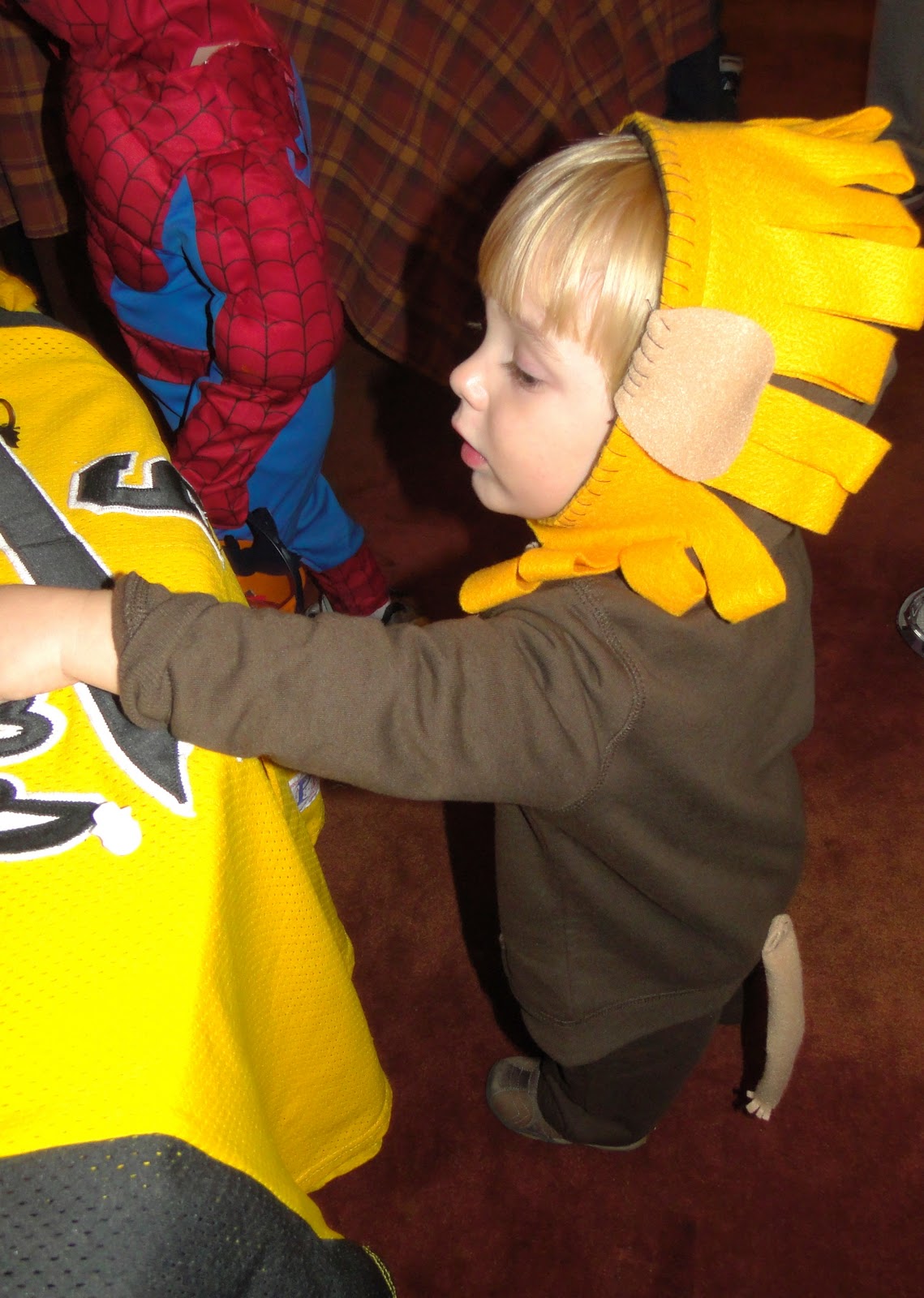 fishing for a treat 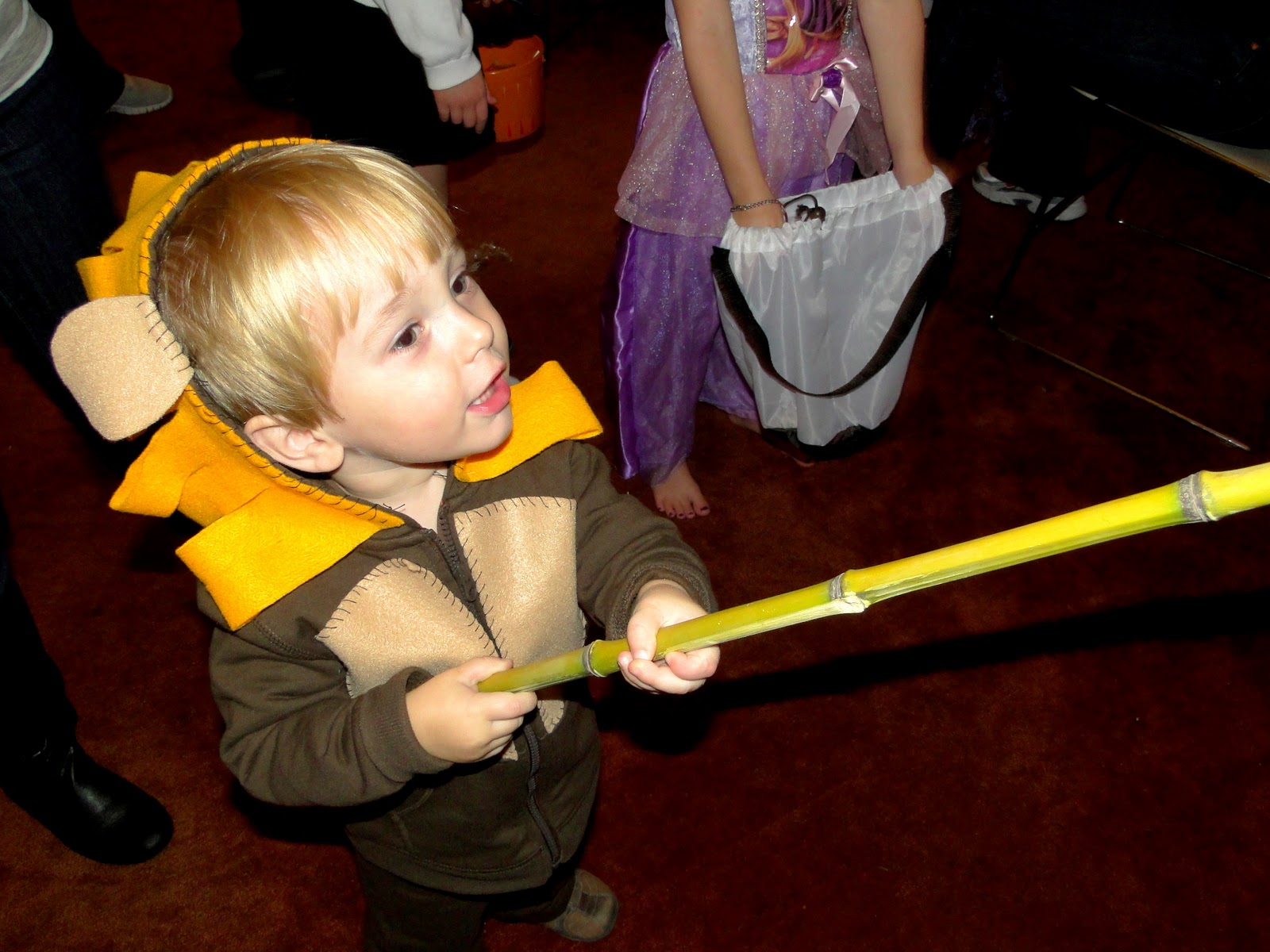 We do NOT give Kye candy. Like, seriously never. The only candy he’s had has been a few m&ms when we did potty training and some suckers when we did swim. That’s it. I still don’t plan to give him candy until I absolutely can’t escape it. Since he doesn’t know what candy is, it wasn’t a big deal that he didn’t eat any of his from his bag. I let him pick out one packet of gummies and one sucker and he was totally happy and content with it 🙂 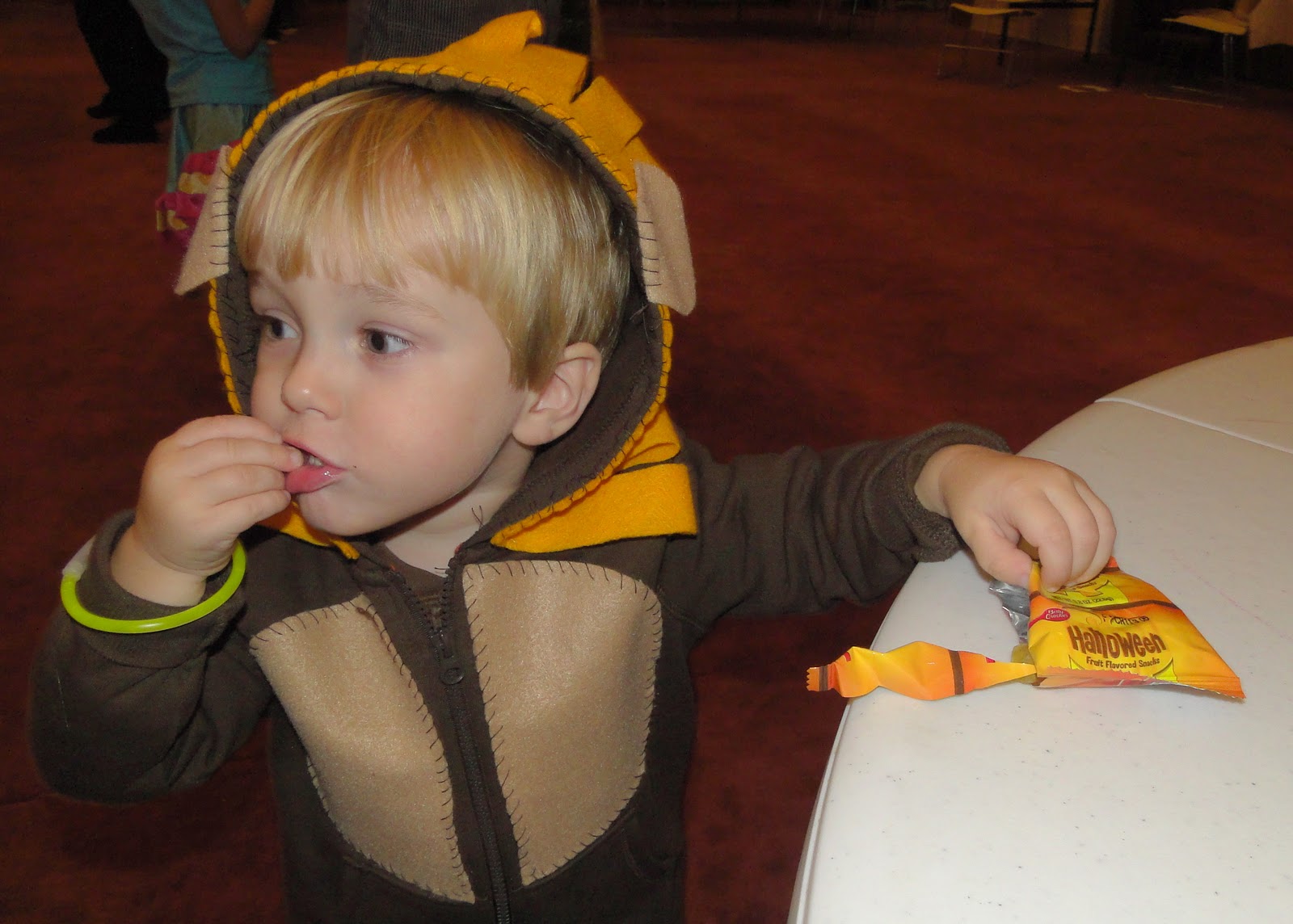 It was a fun evening and we had a good time!