As I mentioned in an earlier post, we named Candler Kye after the little boy I used to babysit for, Candler Murphey. Even though I haven’t seen “the kids” since about a month after our wedding (so almost two years ago!) I still think of them often and miss them very much.

We got so lucky because the Murphey’s were on Spring Break last week and made the trip down this way from Athens (they moved after Zach and I got married!). I was so excited to get to visit with them and for Candler to get to meet Kye! Mrs. Murphey said that Candler doesn’t call Kye, Kye but instead calls him Candler Kye because he wants to use the “Candler.” So precious! She also said that Candler goes on and on about Kye and how they are twins but that he’s just older.

I was amazed at the children who came in my door! Mrs. Murphey still looks great, of course but the kids look so so so much older! Madeline has just turned twelve and is SO beautiful! Her hair is the kind of hair all of us wish we could have and she looks so grown up, but is still sweet Madeline. No teenage attitude for her! She’s also so tall, almost taller than me already! She’s really involved in activities still, especially swimming. She swims almost two hours a day! It made me miss swimming and want even more for a pool in my backyard… 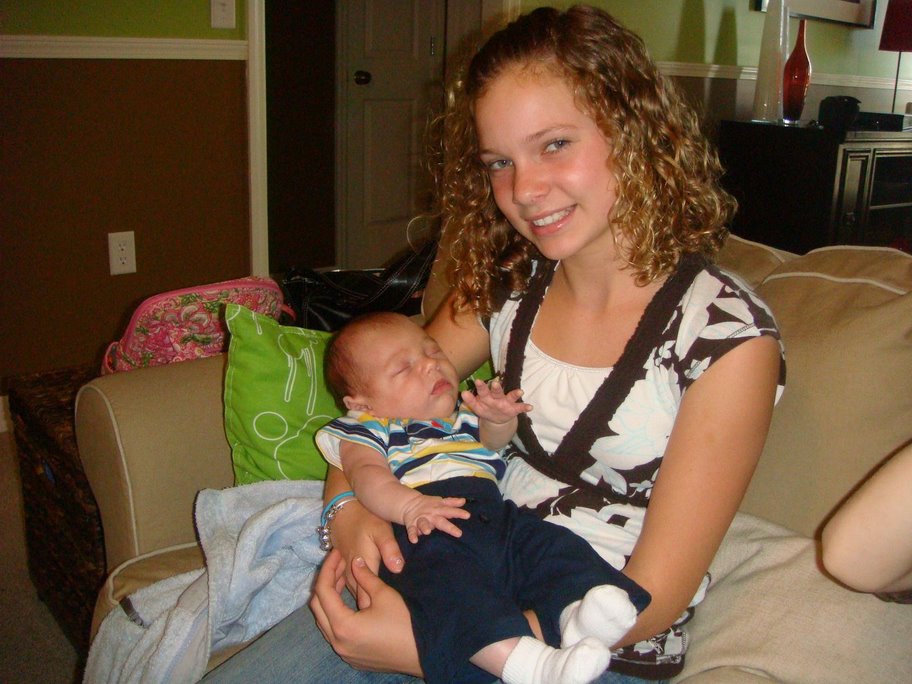 Candler has also shot up! He was always so little and now he’s still thin as can be but is so much taller than I expected. He is nine and has full braces…but looks great in them. He is still the little athlete and had an awesome football season where he scored almost every touchdown for his team the entire season! I was the most surprised by how much he remembered me and our times together. Their visit quickly turned into a remember when session and it was great! Candler was excited to hold Kye and did a great job at it. He said, “look we have the same hair!” haha. 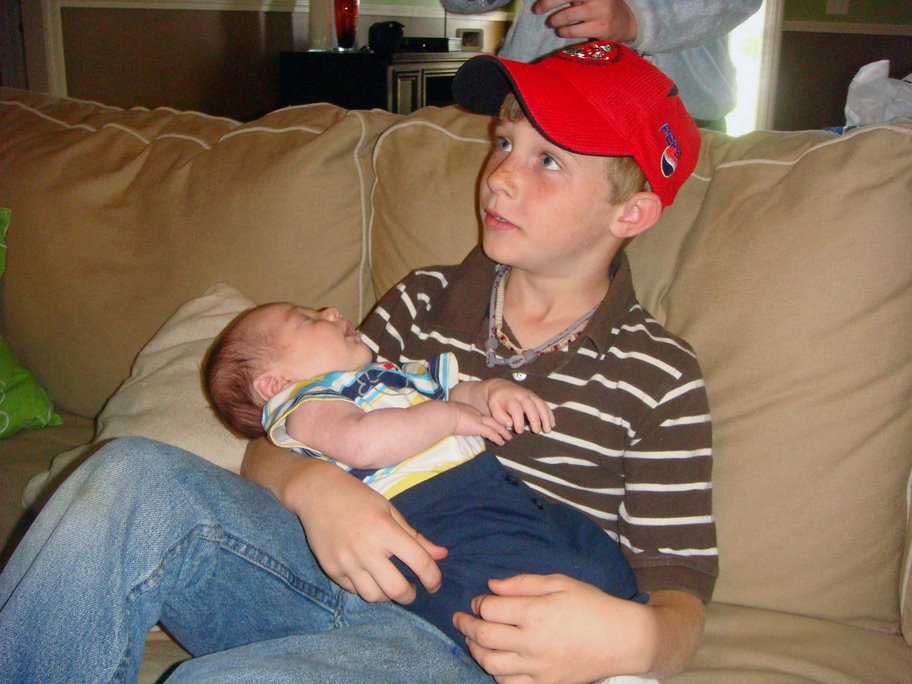 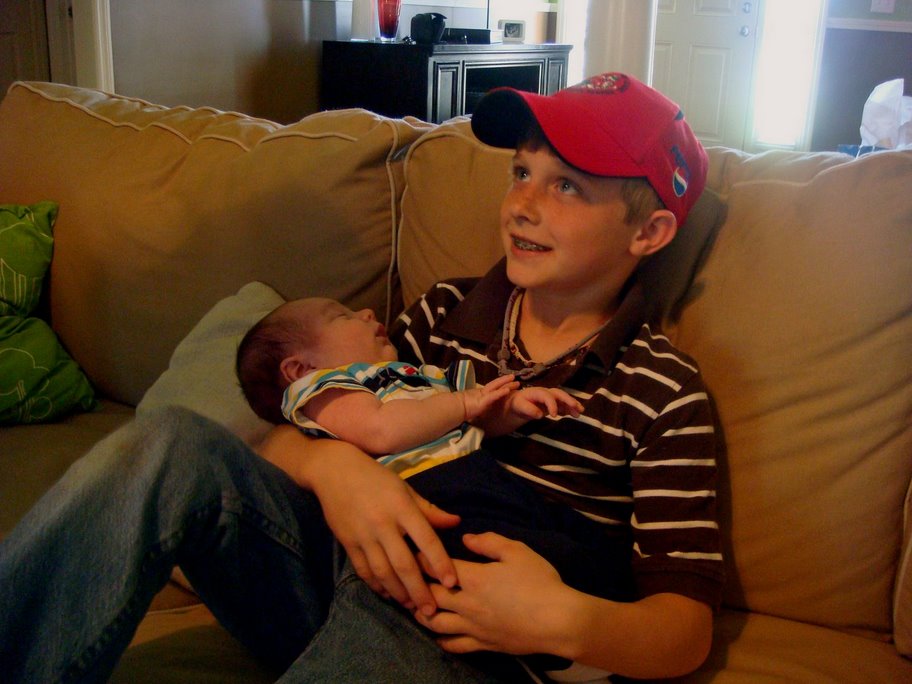 They gave us a gift and got him two sets of really cute boy onesies, but even more special was the blanket Mrs. Murphey made for him. Candler always has slept with a blankie and he wanted Kye to have one too! It’s beautiful and will be something Kye will always have! 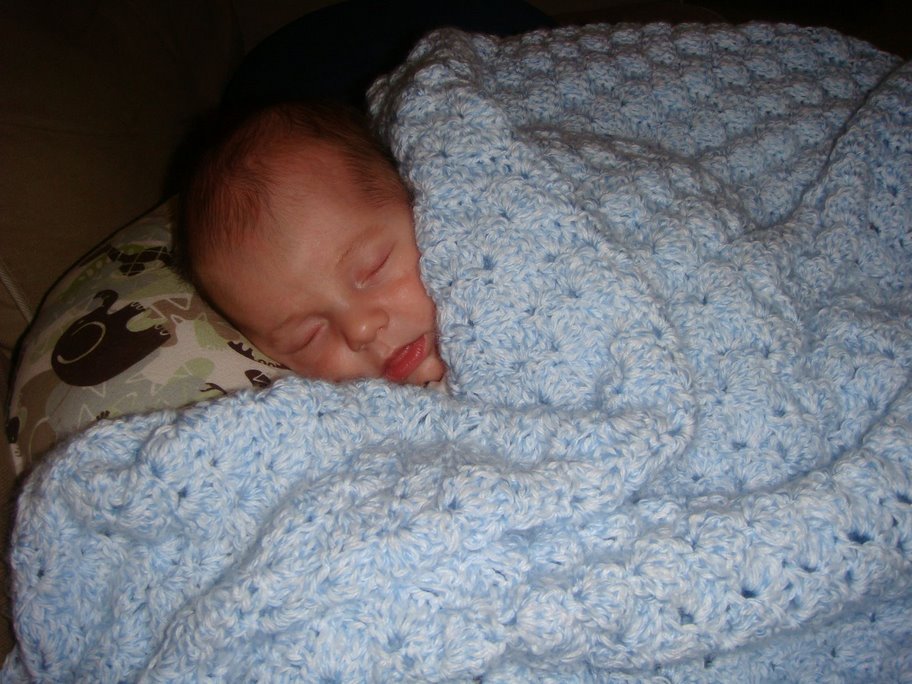 Seeing them again made me miss them even more, but I’m so glad that we got to catch up, they got to see our house, and most of all meet our baby! Zach was able to come home for a little bit and visit with them too and now that he’s seen them again he said we need to make a trip up to Athens sometime and visit! I think now that Candler is older Zach is excited to be able to do more fun things together. They also mentioned us meeting up with them at their beach house again sometime this summer which would be great. Won’t it be neat when Kye grows up and will know where is name came from? 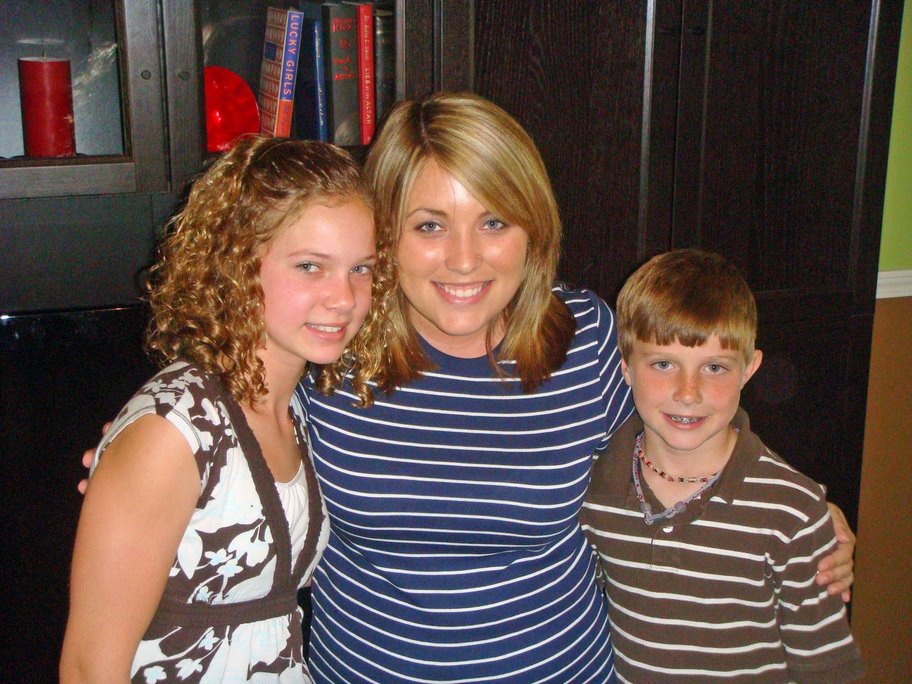 When they left I cried! I know I’m so lame but when they first moved I couldn’t even talk about them without crying! I thought having my own baby would make me miss them less but it doesn’t! I’ll always still love those kids even though I have my own. It was so sweet of them to visit and I can’t wait to see them again soon!