It was so cool pulling up to the reception in a hummer limo! We got out and I was in awe at how beautiful the place looked. It was a reception out of a magazine, no doubt. Once I soaked in the beauty I then had fear – we had MORE steps to go up! When they announced me some people even yelled “don’t fall Emily!” Awesome. But hey, I didn’t fall that time 🙂

Not only was the reception beautifully decorated, but the food was awesome too. I scarfed DOWN on some french toast (and it was a station thing where you could add toppings so helllllooo tons of chocolate chips!) and lots and lots of candy. This was my kind of party haha. It was GREAT to be at a wedding reception and not be surrounded by a ton of drunk people. It’s rare to go to an event like that where they don’t have alcohol and it for sure upped mine and Zach’s enjoyment of the evening!

Here’s my pictures from the night: 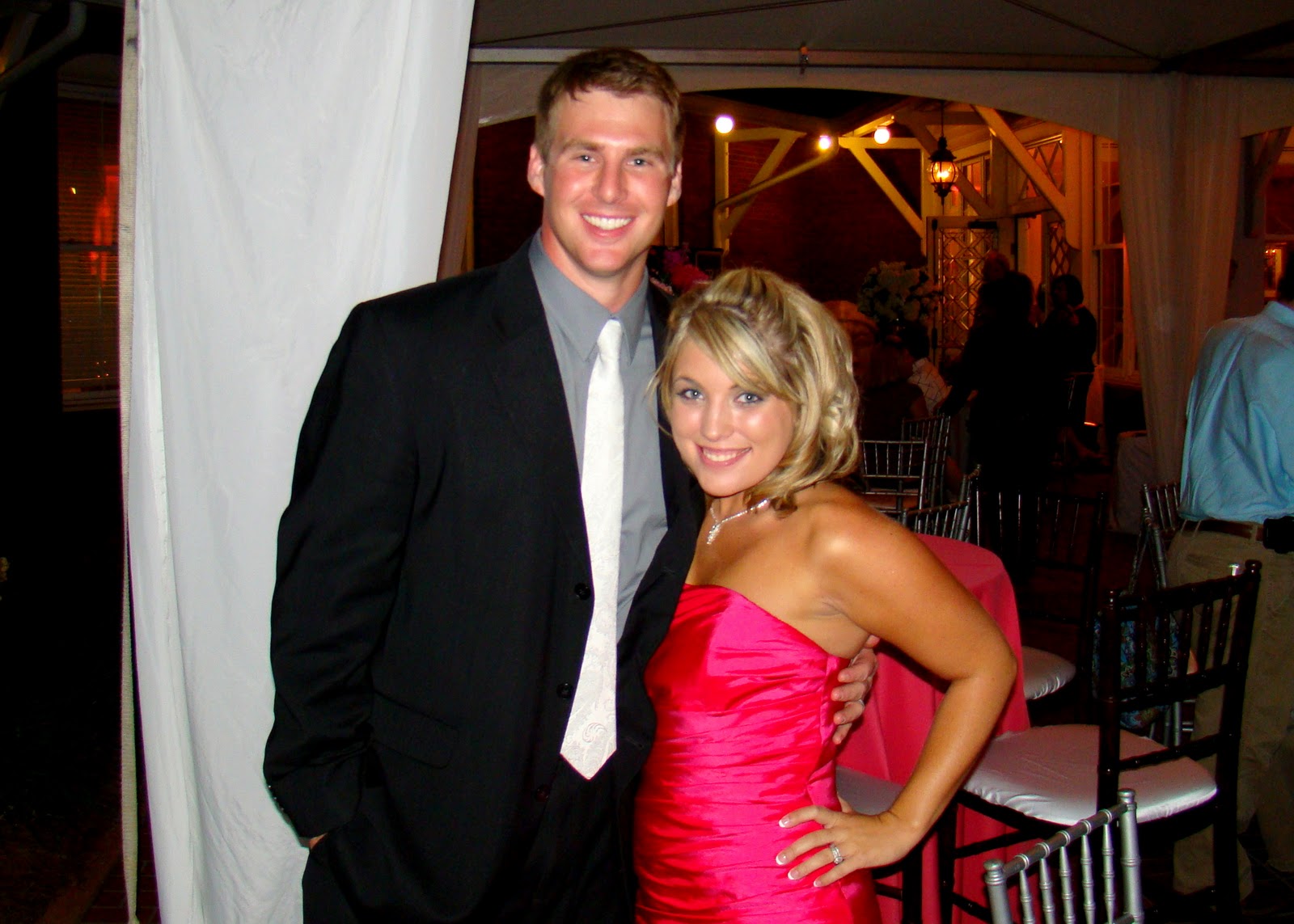 I’m so happy we have so many great pictures together now aren’t you? 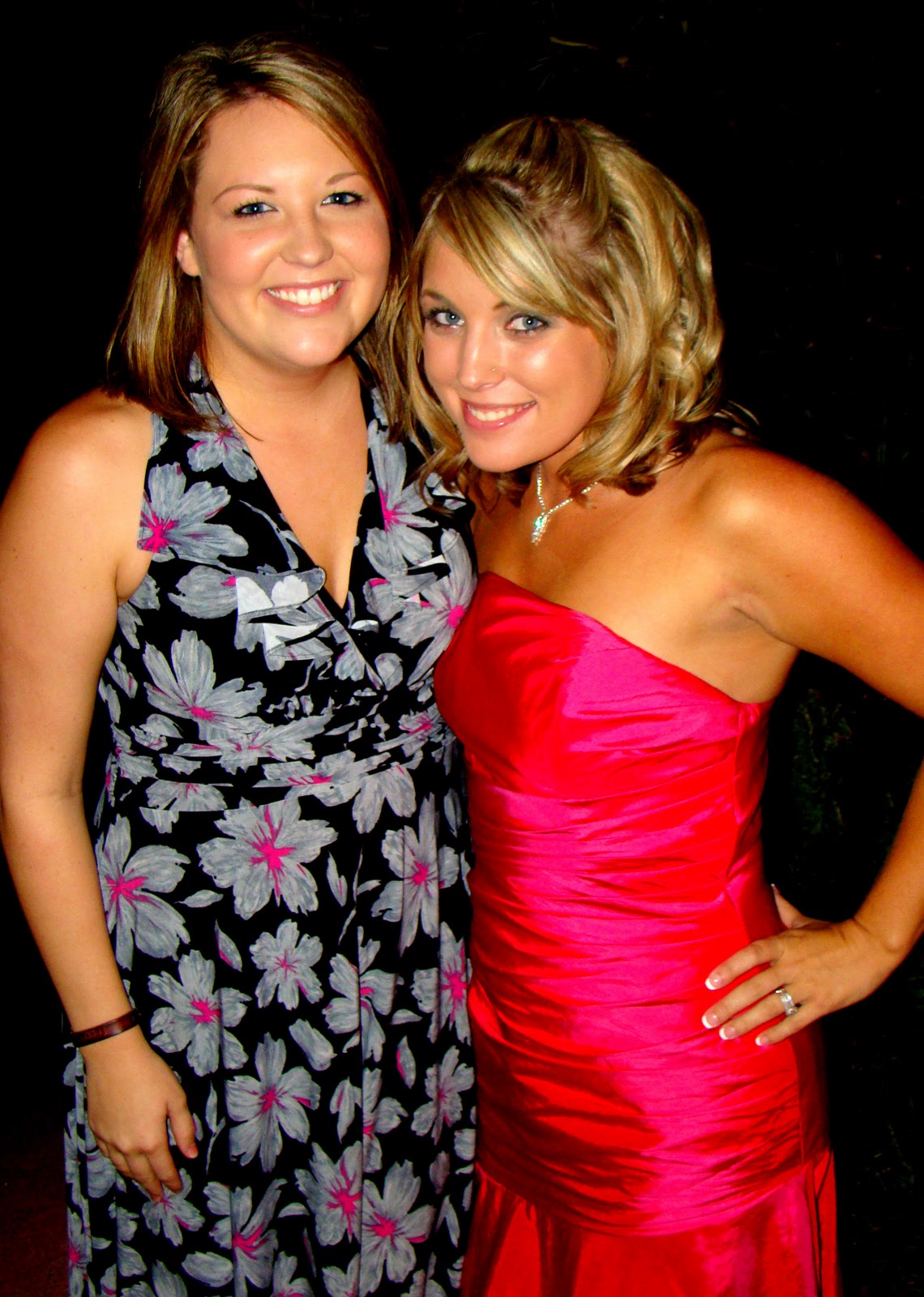 GREAT one of Chelsi and Chad 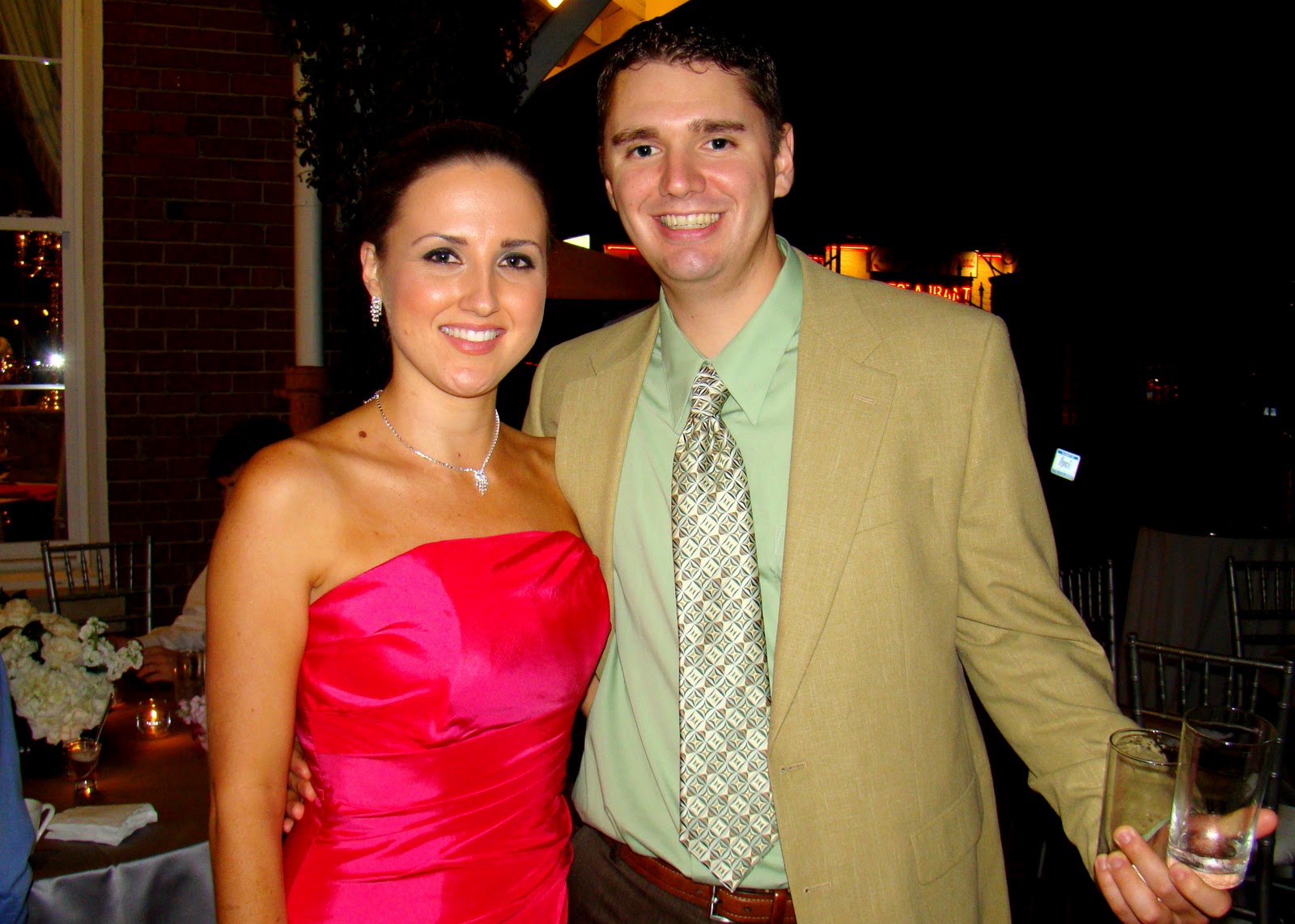 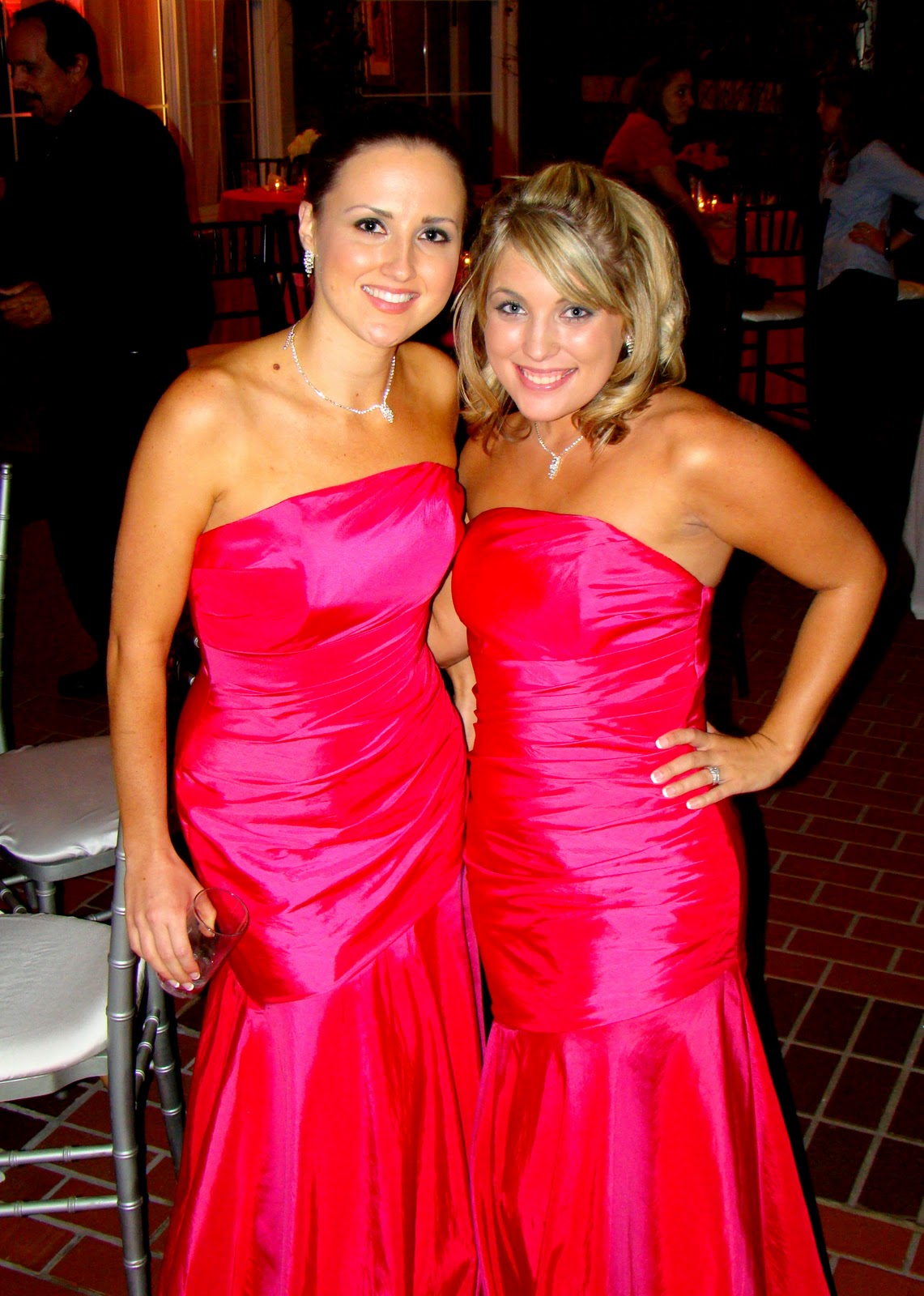 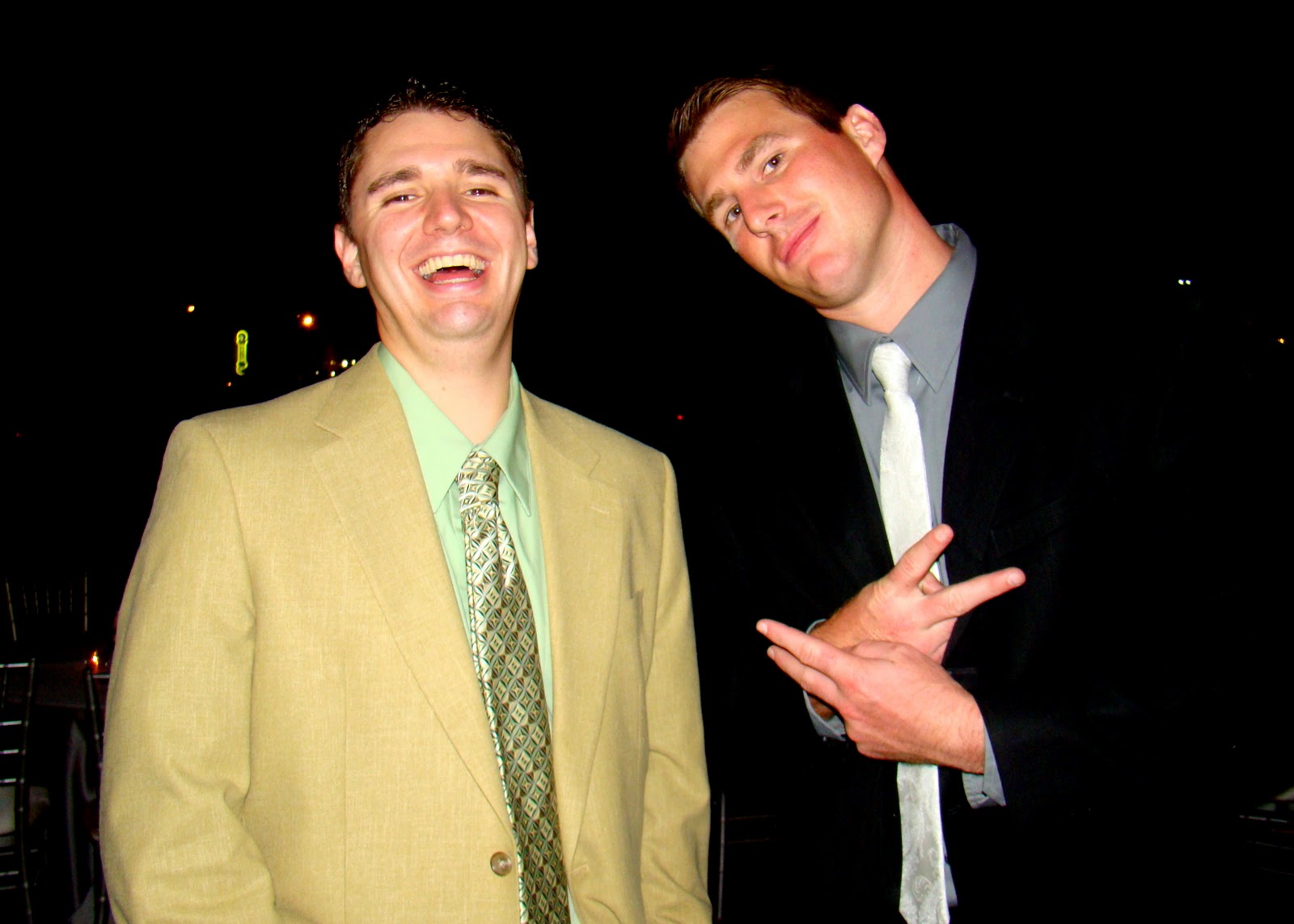 Zach was making friends with everyone that night 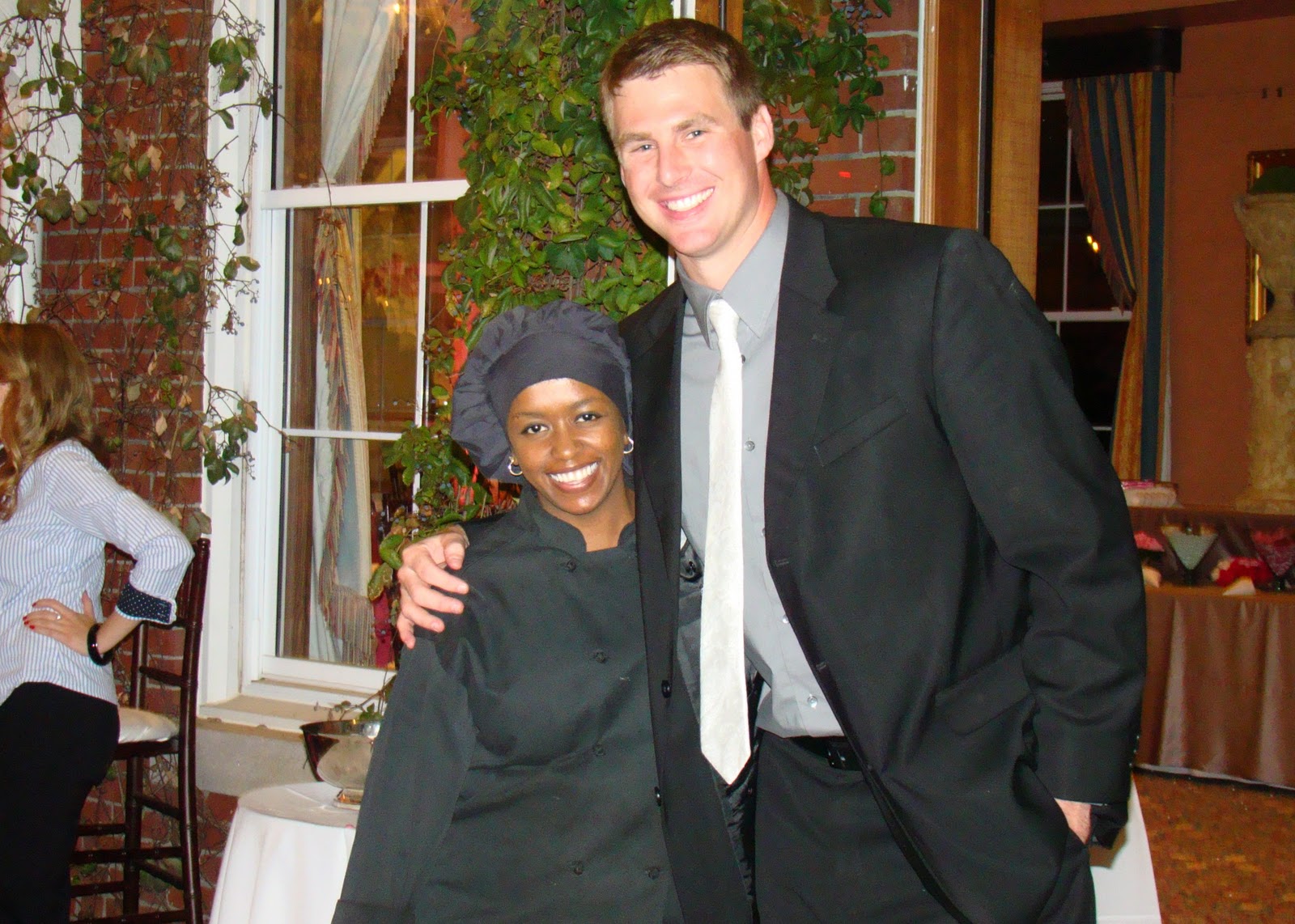 Chelsea, Rachael, Me and Dana 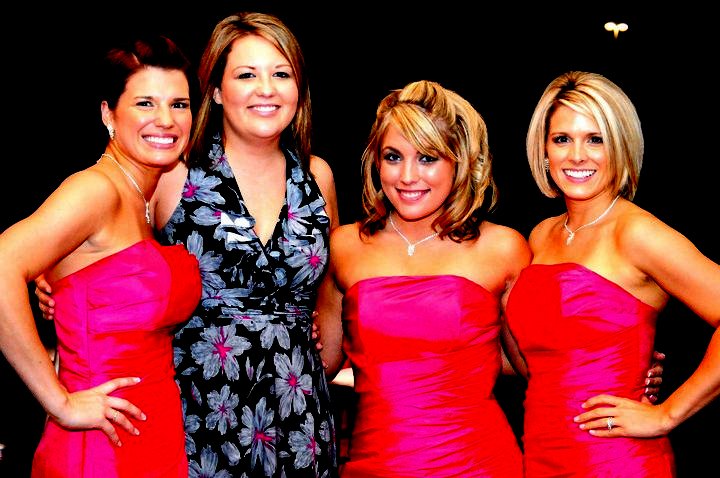 Already have these weddings on my calendar for next year. Taylor’s in April and Claire’s in May! (you can tell I gave up on the heals pretty quickly huh?) 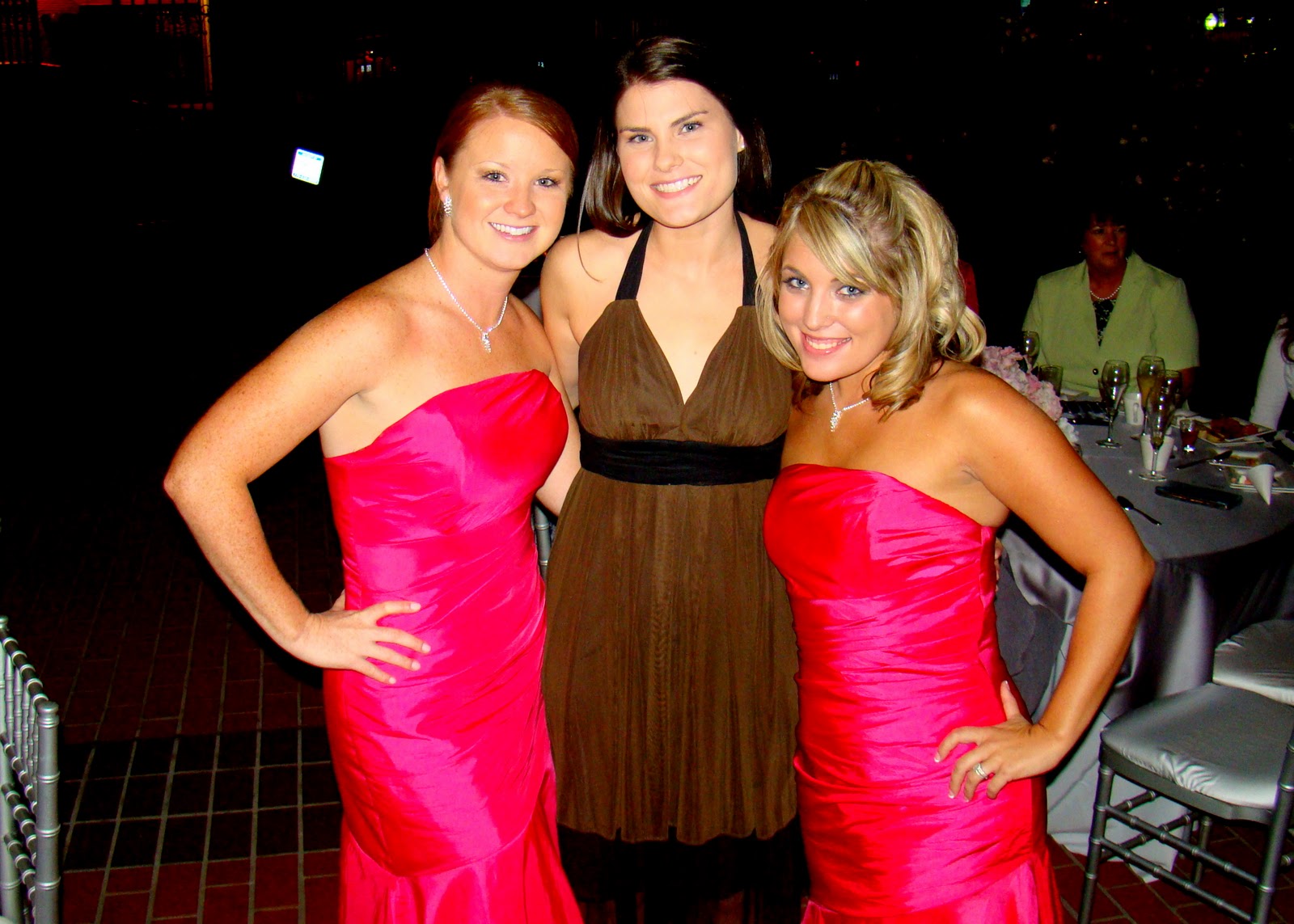 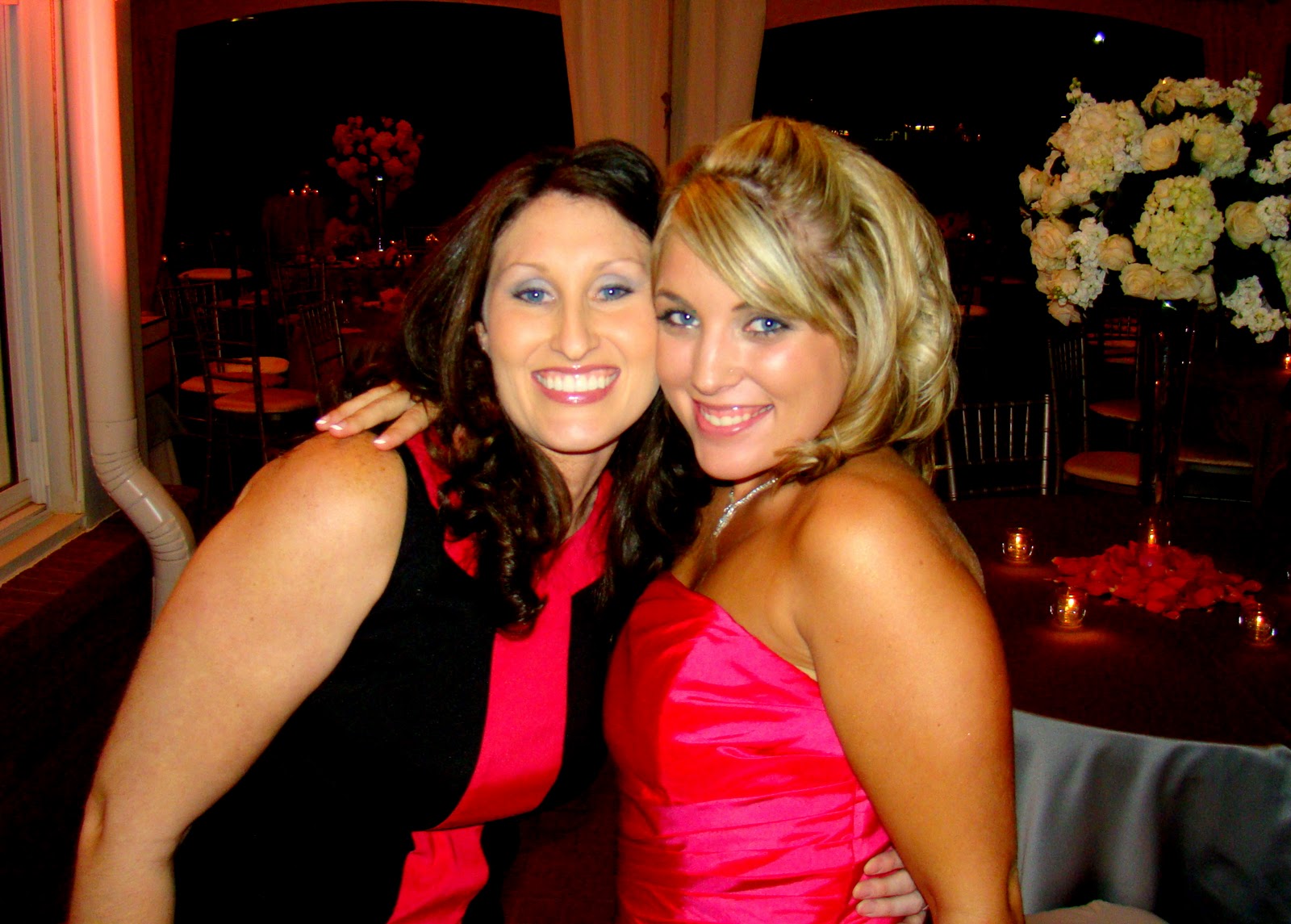 Since it was a dessert reception and alcohol free and a football Saturday several guys dipped out pretty quickly. I was glad that Zach and Greg stayed as long as they did and I didn’t mind too much when we caught them watching football on Zach’s phone. I mean we all know weddings aren’t really a guy thing! Couldn’t this be a commercial or something? 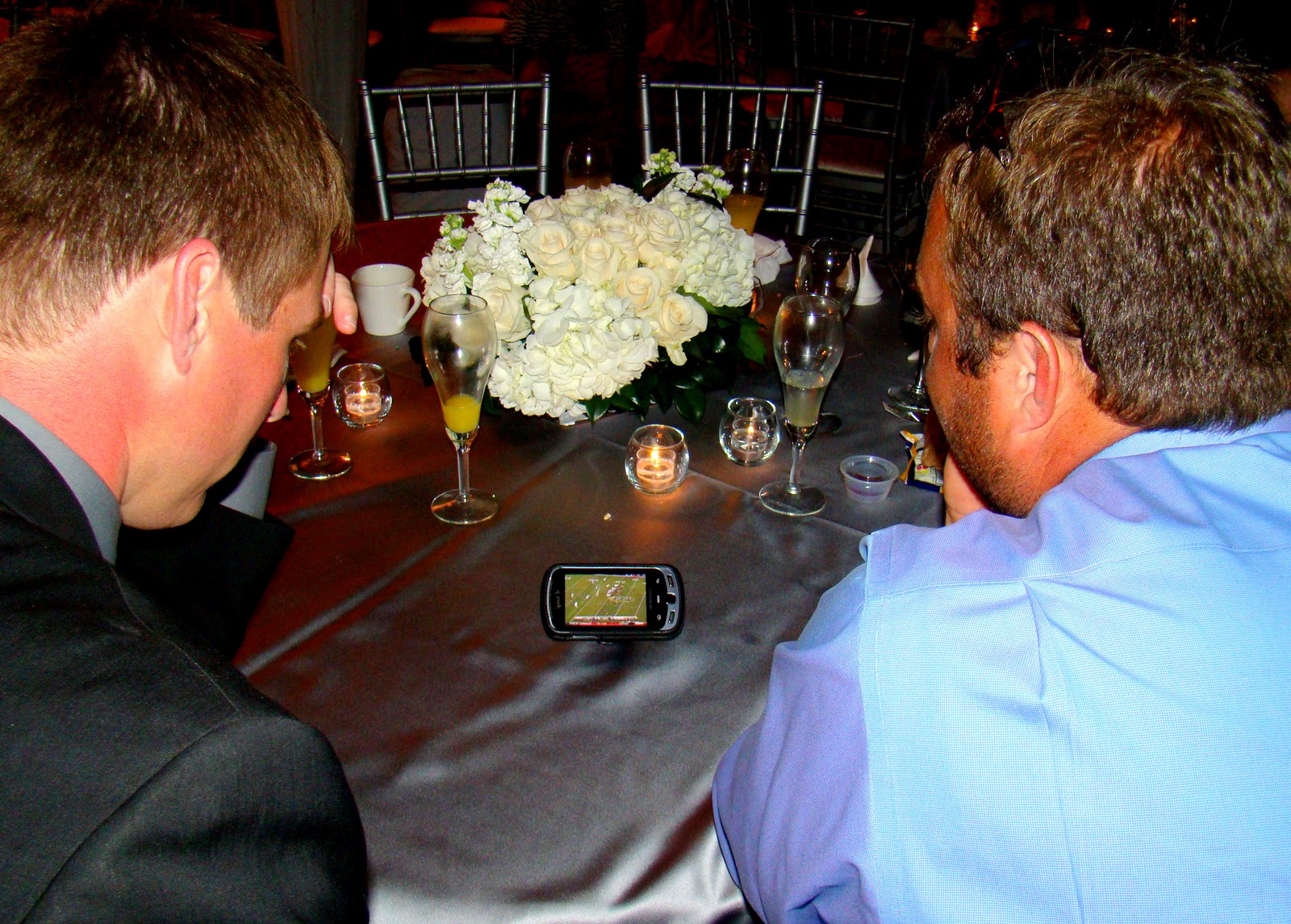 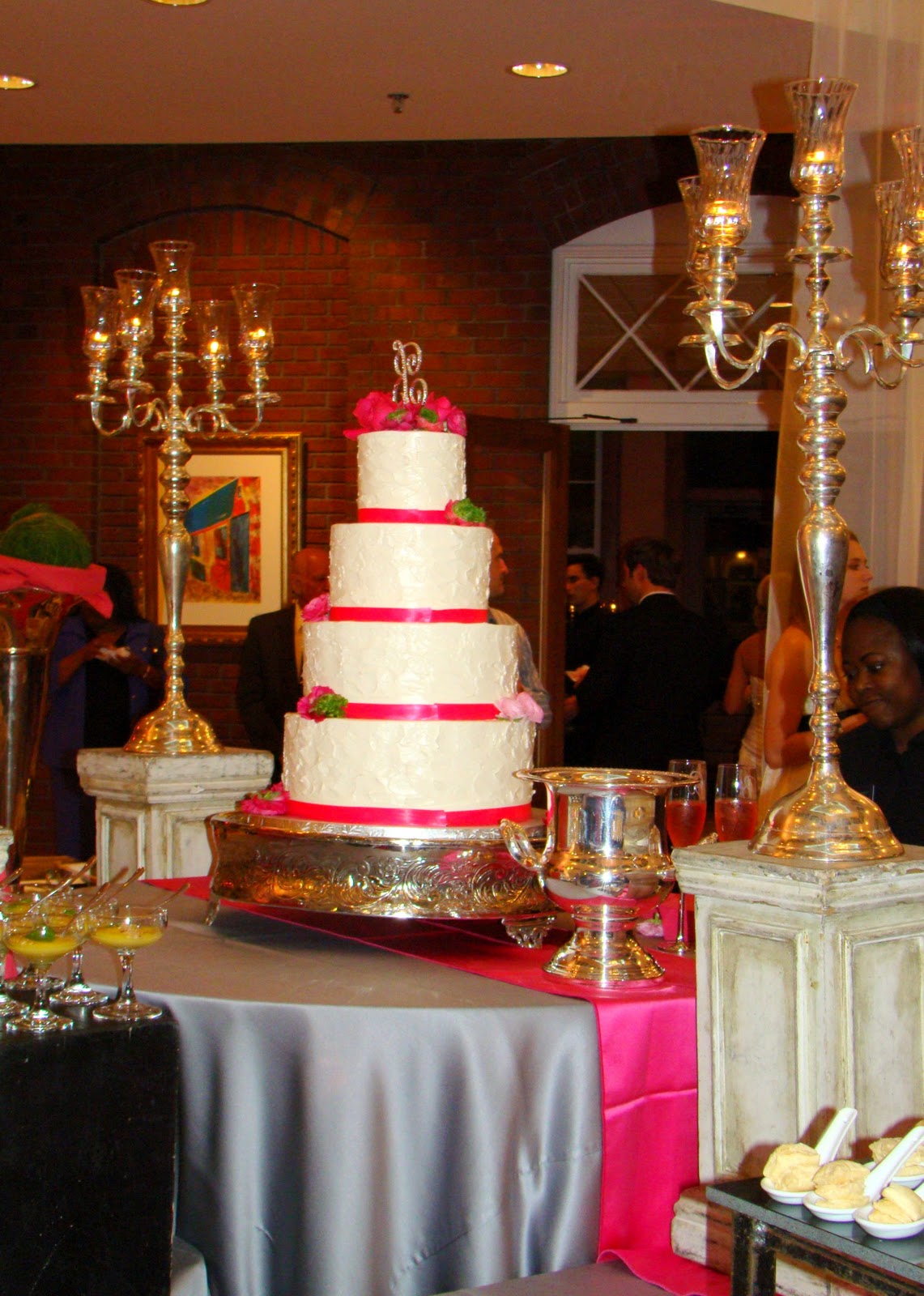 I LOVE hearing toasts at weddings. I will never forget what Zach’s cousin, Ryan, said at our wedding and it really meant a lot to me. Dana and Chelsi both did an awesome job (here’s a video of Dana’s speech and a video of Chelsi’s)! 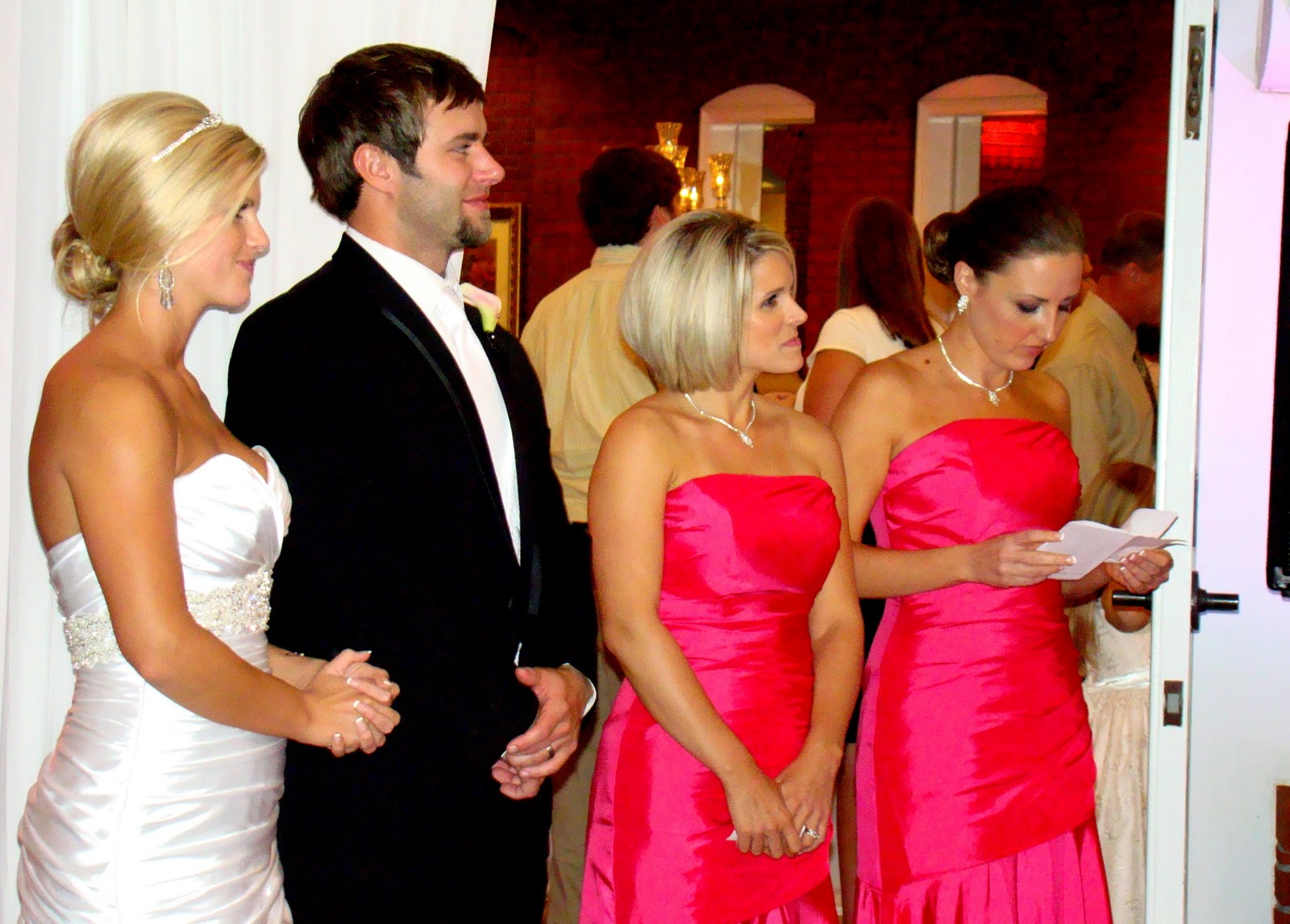 My favorite thing about the reception was probably the photo booth. It was REALLY fun and when I first heard about these things I really, really wished we could get married again so we could have had one. You guys KNOW I for sure would have! It’s so neat because Danielle and Jonathan will get a cd of all the pictures on it in a regular 4×6 format too (pass ’em on to us girl!).

During our first attempt in it I got annoyed that it would countdown then pause a LONG time before snapping the picture. Some guy asked me how we were doing in it and I complained about that and it turns out he owned it. Foot in my mouth OF COURSE! He ended up being really cool though and he took some pictures of me and Laura “modeling” at the machine with his cell phone (random!). We ended up hogging the machine most of the night and I LOVE that we all busted in on Jonathan and Danielle’s photo booth session. I can’t wait to see how those looked!

I love these with Greg and Rachael

I am REALLY glad that it worked out for Zach to be at the wedding with me and I’m honestly glad Kye ended up not coming. It was a pretty late night and having him with us would have been so difficult on Zach. This way Zach could just have a good time and we could both relax. 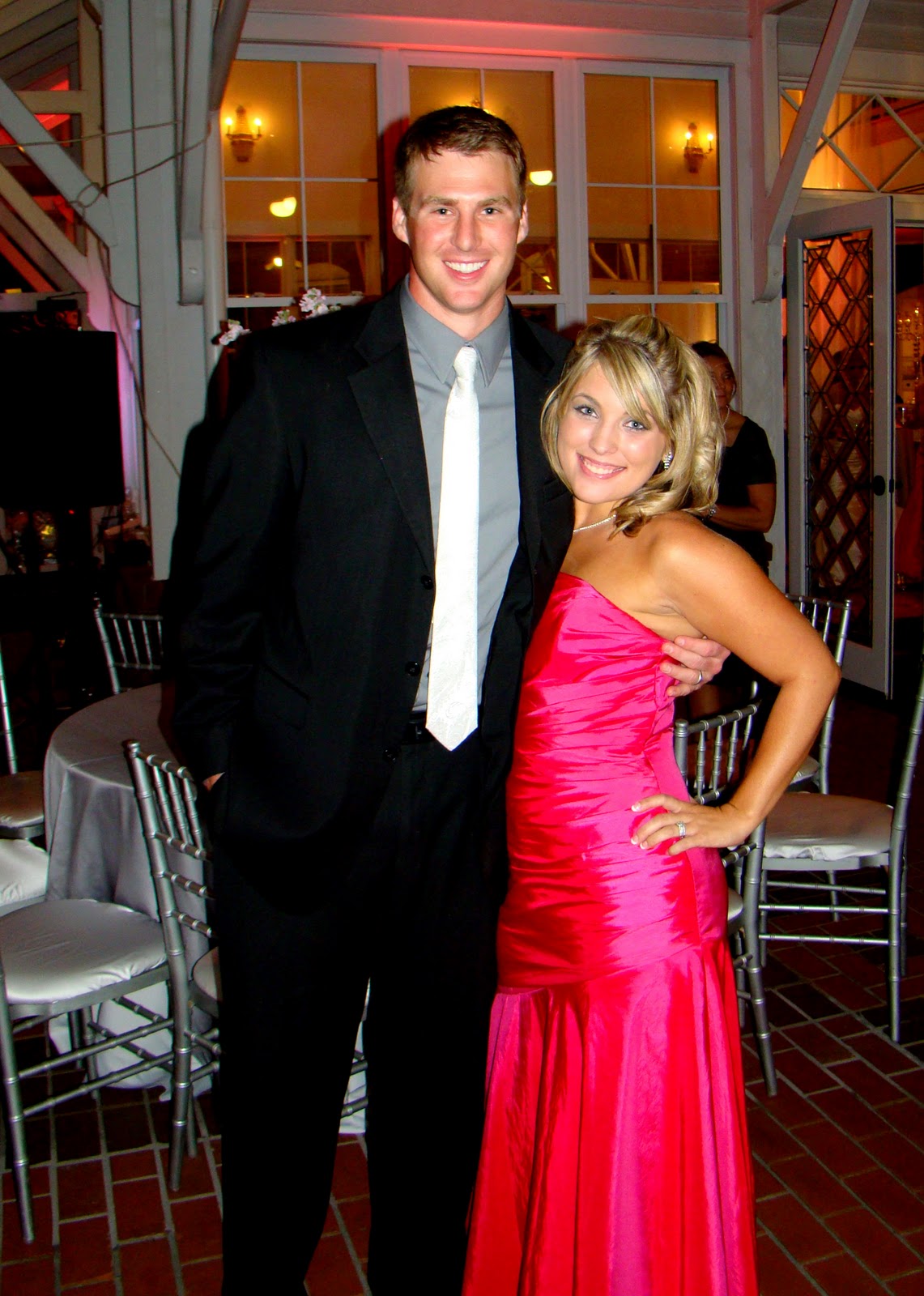 After the guys left there was still a lot of fun to be had. Some dancing went down and I hid in a corner as I’m not a dancer (for some reason that surprises people?) and didn’t want to be forced to join in haha. I enjoyed watching the tosses though, and you can tell that Laura and Chelsi were READY for that bouquet! 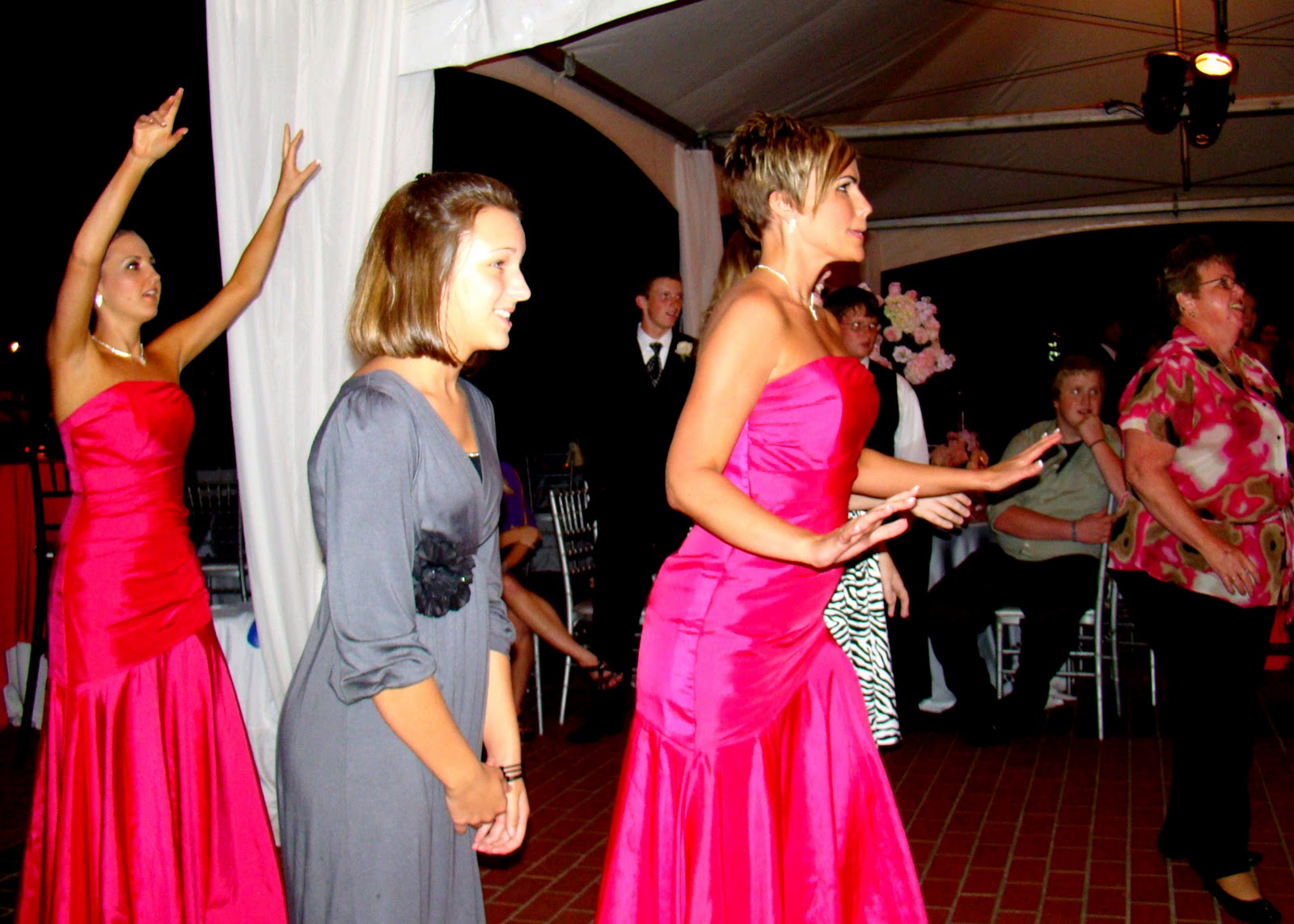 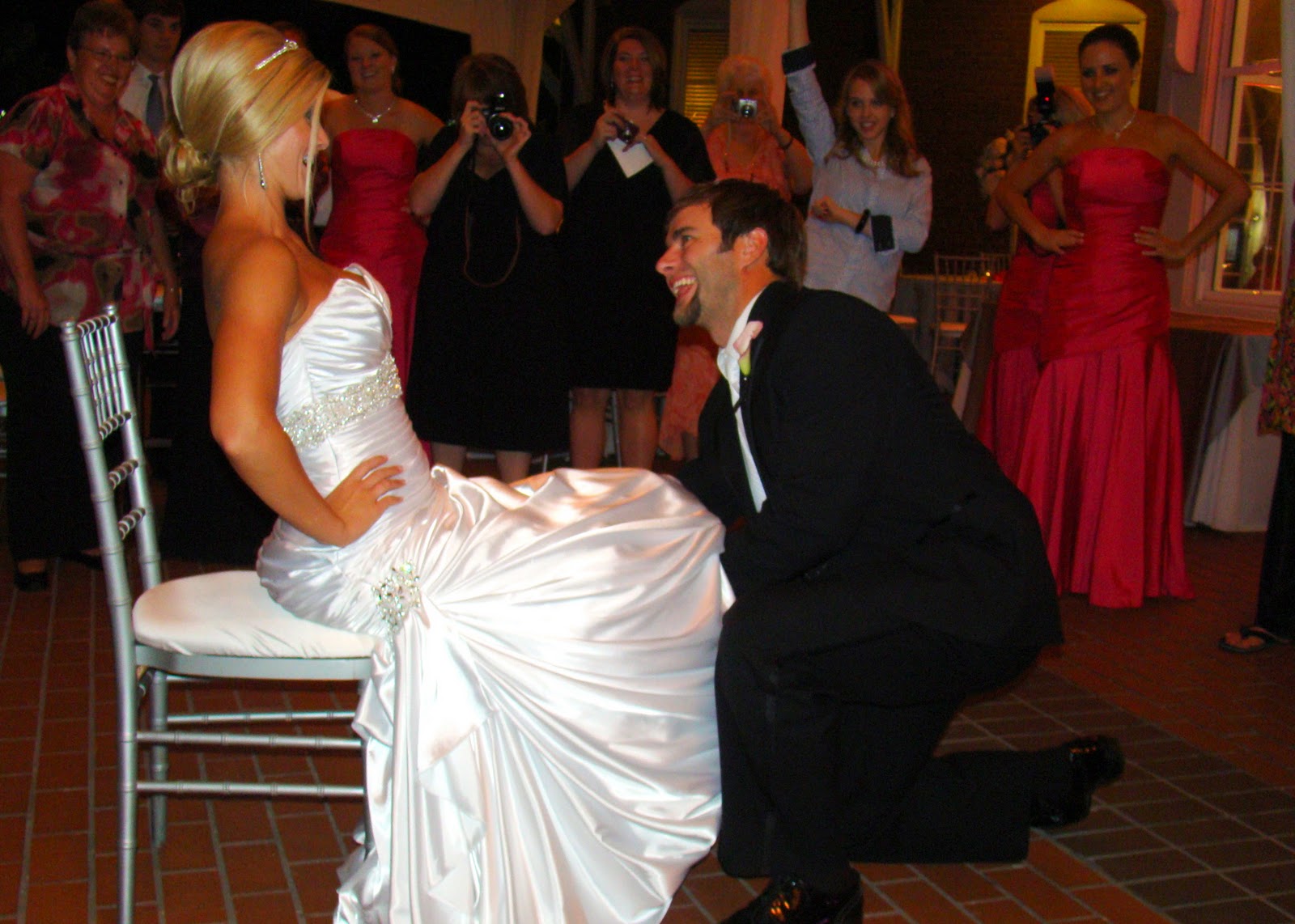 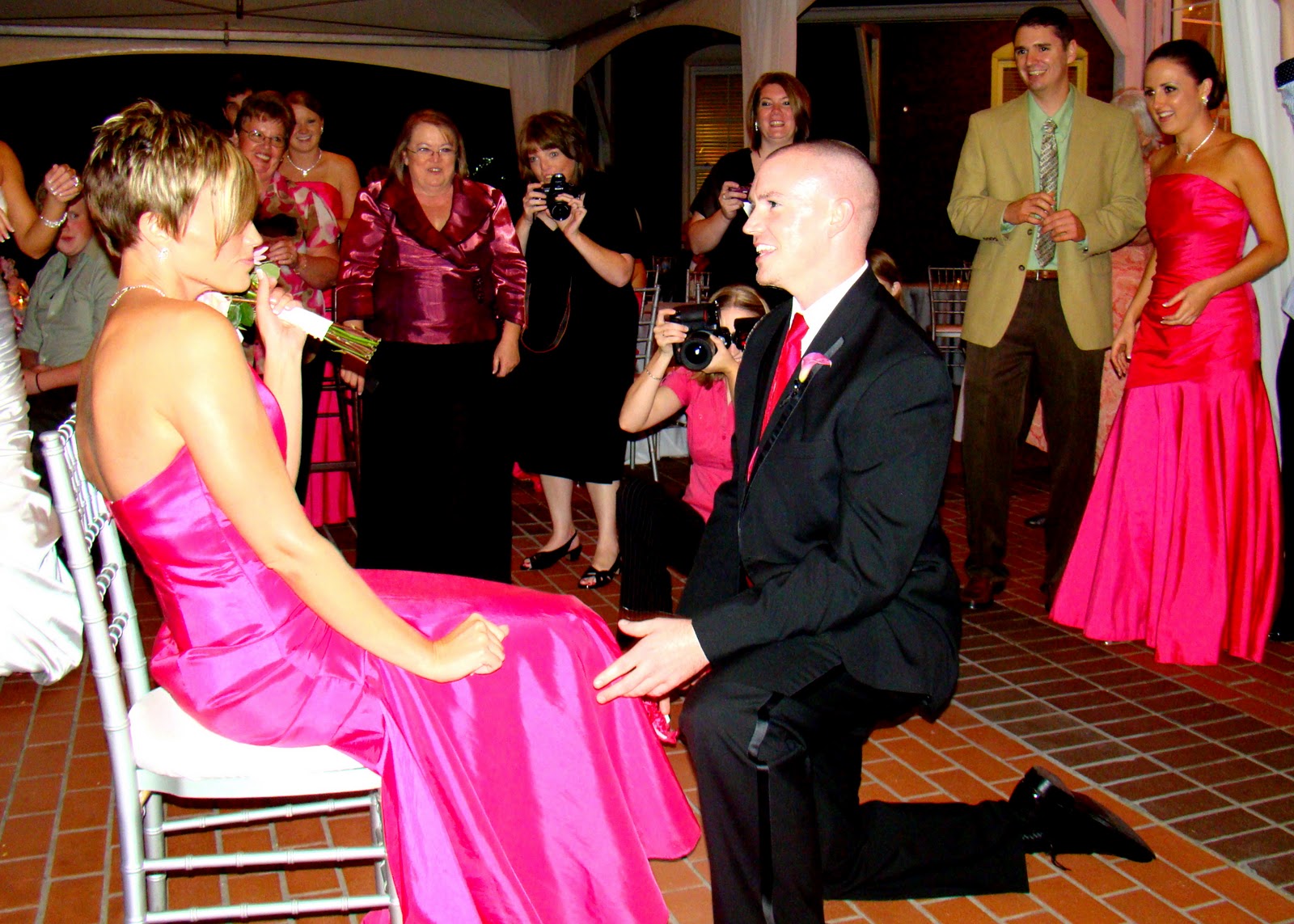 I’ve seen pictures of night weddings where the bride and groom exit under sparklers but I’ve never been to one in real life. It was SO cool and I’ll bet that the professional pictures will be really neat. It was so great to see Danielle SO happy. I don’t think she wanted the day to end! She must have walked under that little arch we made about 5 times 😉 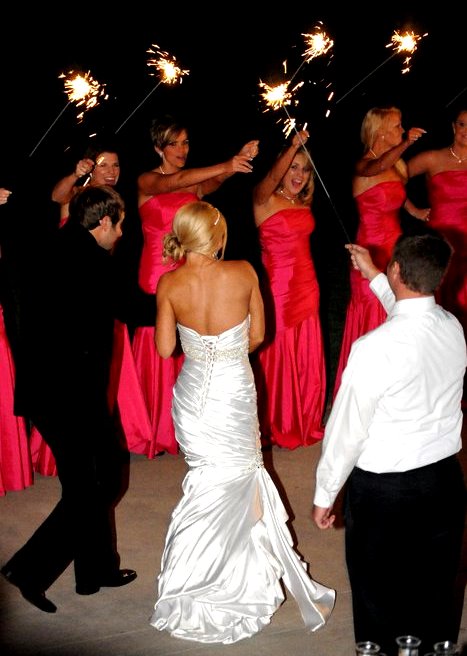 they danced their way to the limo 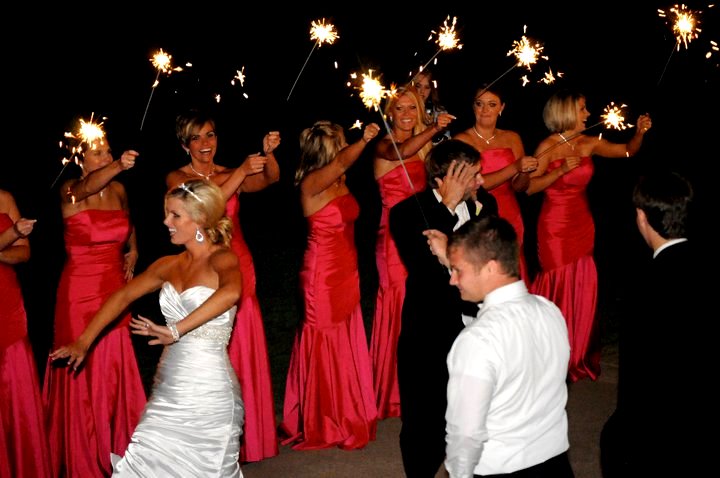 I didn’t want the night to end either. Once they left everyone started to leave and I LITERALLY got tears in my eyes. It was so sad for all the fun to be over!!! I can’t say how much I enjoyed all the wedding activities enough. It was SUCH a blessing to my life in so many ways and I truly will cherish the memories forever! Thank you AGAIN Danielle for having me as part of your day 🙂