Back when we found out Zach won the Triple Crown Aflac trip to Atlanta we thought we wouldn’t bother going since we have been to Atlanta a million times and did not want to have to tour the Aflac Worldwide Headquarters again in Columbus. Then I found out that Katie Lee, one of my favorite people from “childhood,” was getting married the same weekend as the trip so we figured we could go to the wedding and the trip at the same time!

We left on Friday and the highlight of my weekend was eating dinner with Danielle! It is always so refreshing (really REFRESHING is how I feel!) to see her! We don’t get to see each other often but everytime I do get to visit with her I always leave feeling so much more like myself 🙂

Aflac really does do it all top notch and we got free tickets to the Georgia Aquarium…it was the beginning of a very long day for a pregnant girl! Let’s just say after this day I decided when we go to San Diego in a couple weeks that we should not rent a car and drive 2 hours to L.A. for the day like I originally wanted! 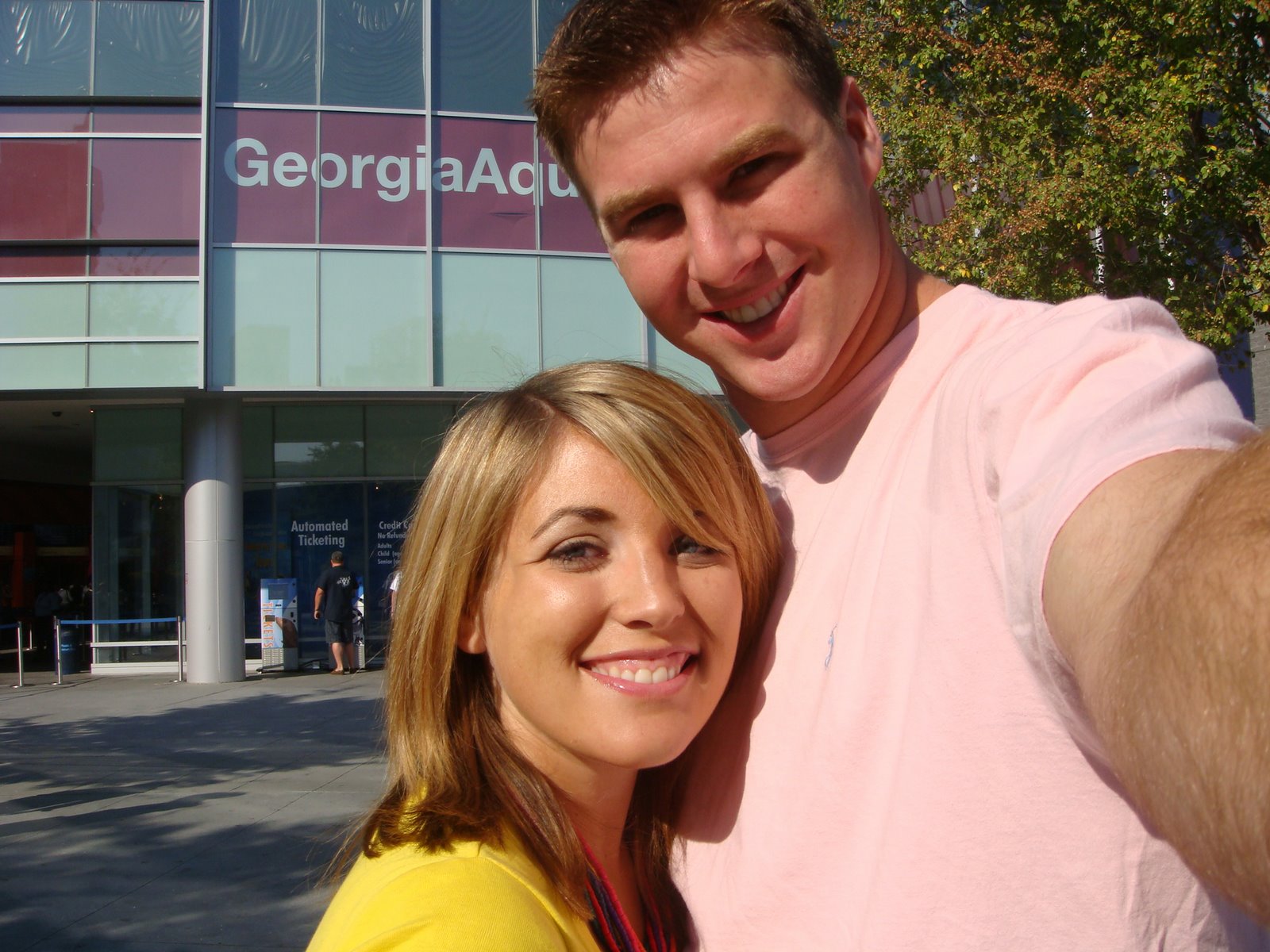 We were THE FIRST people into the aquarium for the day! I’ve been before and wouldn’t probably ever pay the $30 to go again but since it was free why not? 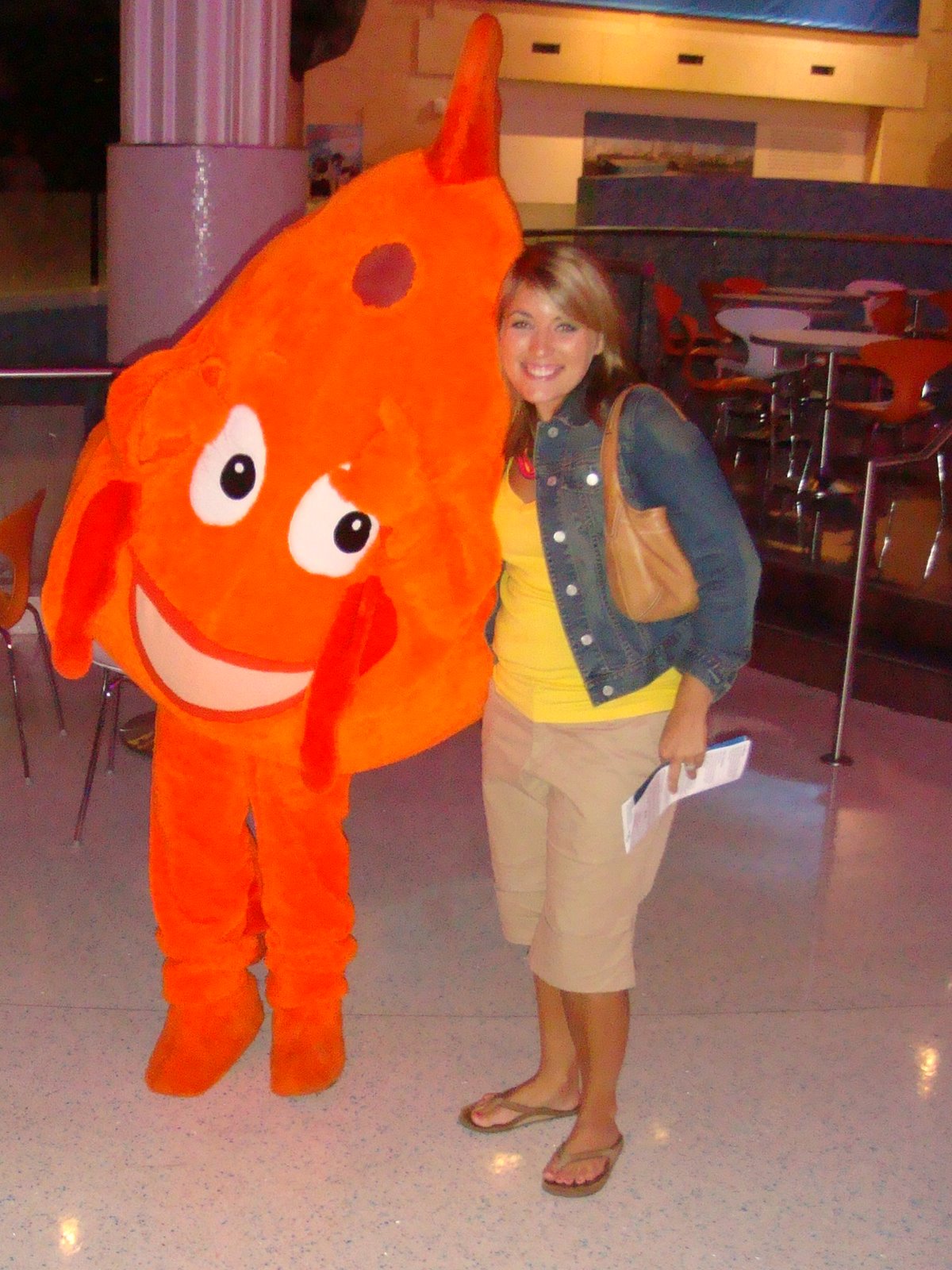 We finished the whole aquarium in ONE HOUR flat! It was pretty fun and we did talk about how much fun it will be to take our baby to stuff like that when she or he is old enough to enjoy it 🙂
My favorite part is touching stuff! They have a lot of “stuff” you can touch including sea anemones, sting rays, shrimp, star fish, and even sharks! It was so cool!!! 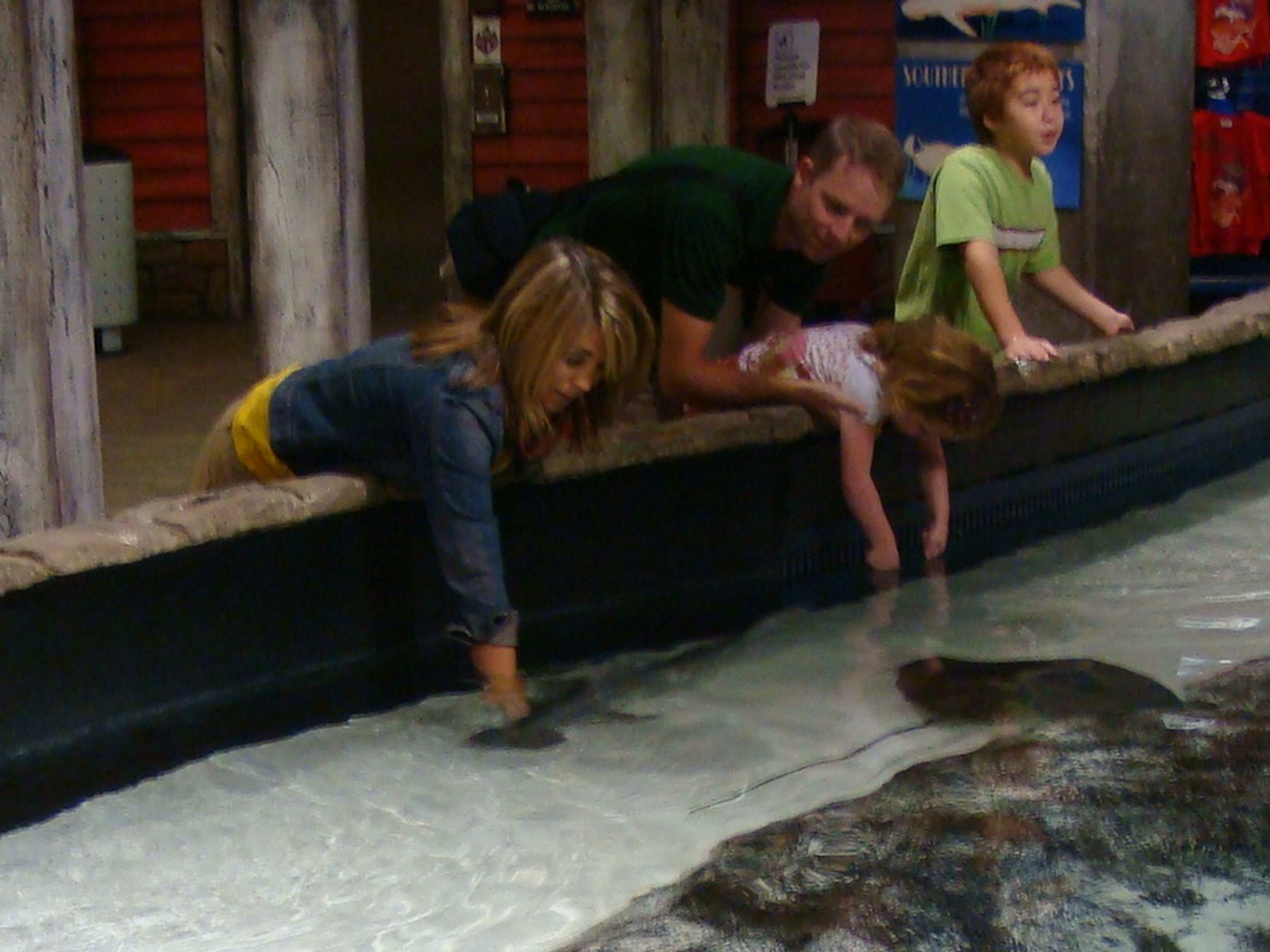 Zach had to go down the kiddie slide and some lady that worked there went on and on about how we can win bar bets now because we know that Georgia’s state aquatic animal is the Right Whale (named that b/c it is the right whale to hunt…ha. ha. ha.). 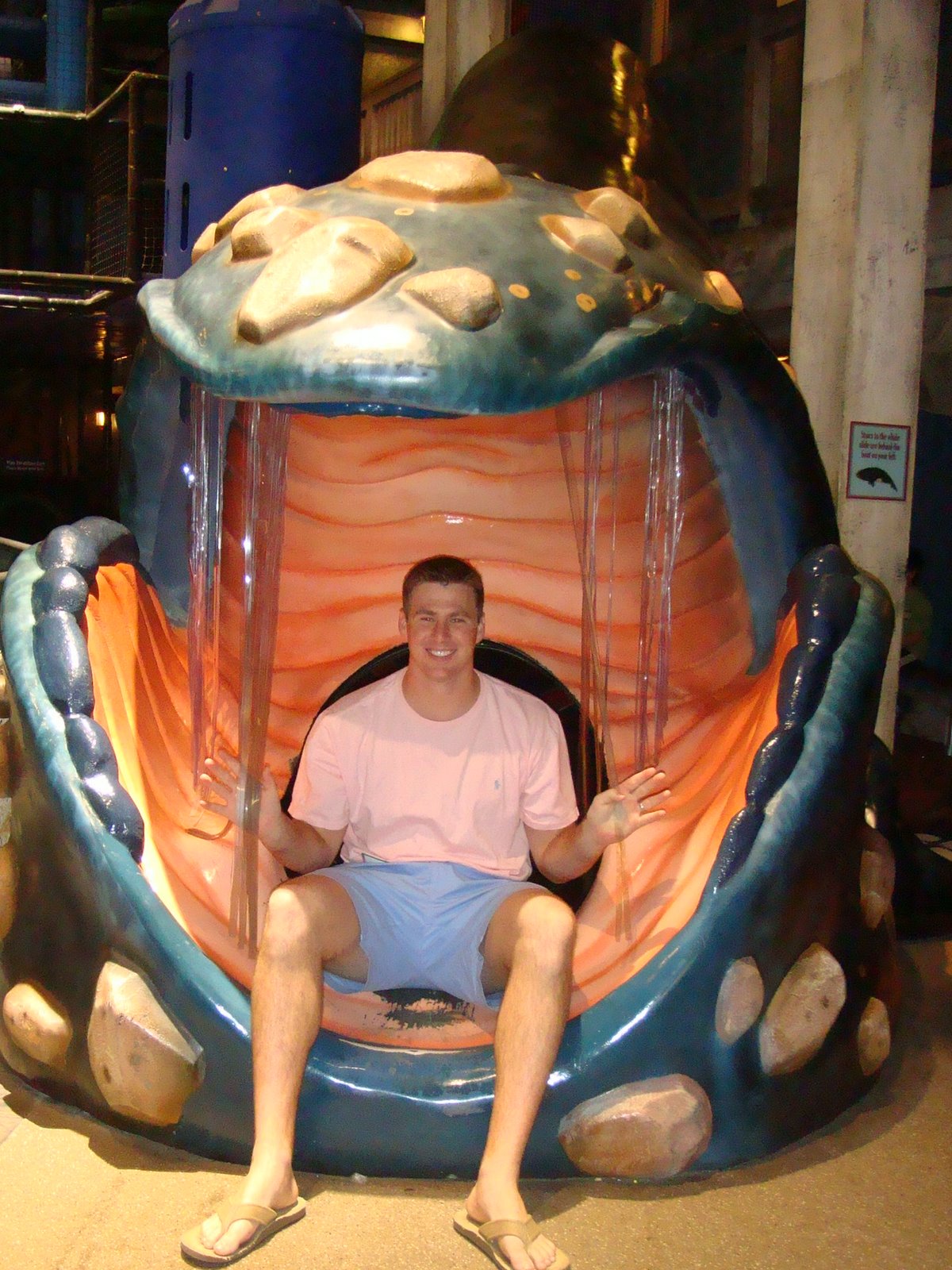 The busy day continued after a loooong horrible walk up a steep hill back to the hotel where we had to get showered, eat lunch, and head to Roswell for the wedding!

We had a gift wrap fiasco…I realized the night before we left that we didn’t have enough wrapping paper to wrap their wedding gift so Zach said he would go to Walmart and get some. Well then he forgot. So we went to a CVS after dinner with Danielle and bought some “silver” paper which turned out to be perfectly clear. So we figured we’d stop and get some on the way but once we got off the exit to the wedding we didn’t see ANY drugstores. We tried a dollar store without luck. So we went to the wedding then RUSHED out after the ceremony to go to Publix and paid $5 for this wrapping paper! Then we pulled to the side of the road and I wrapped the present haha 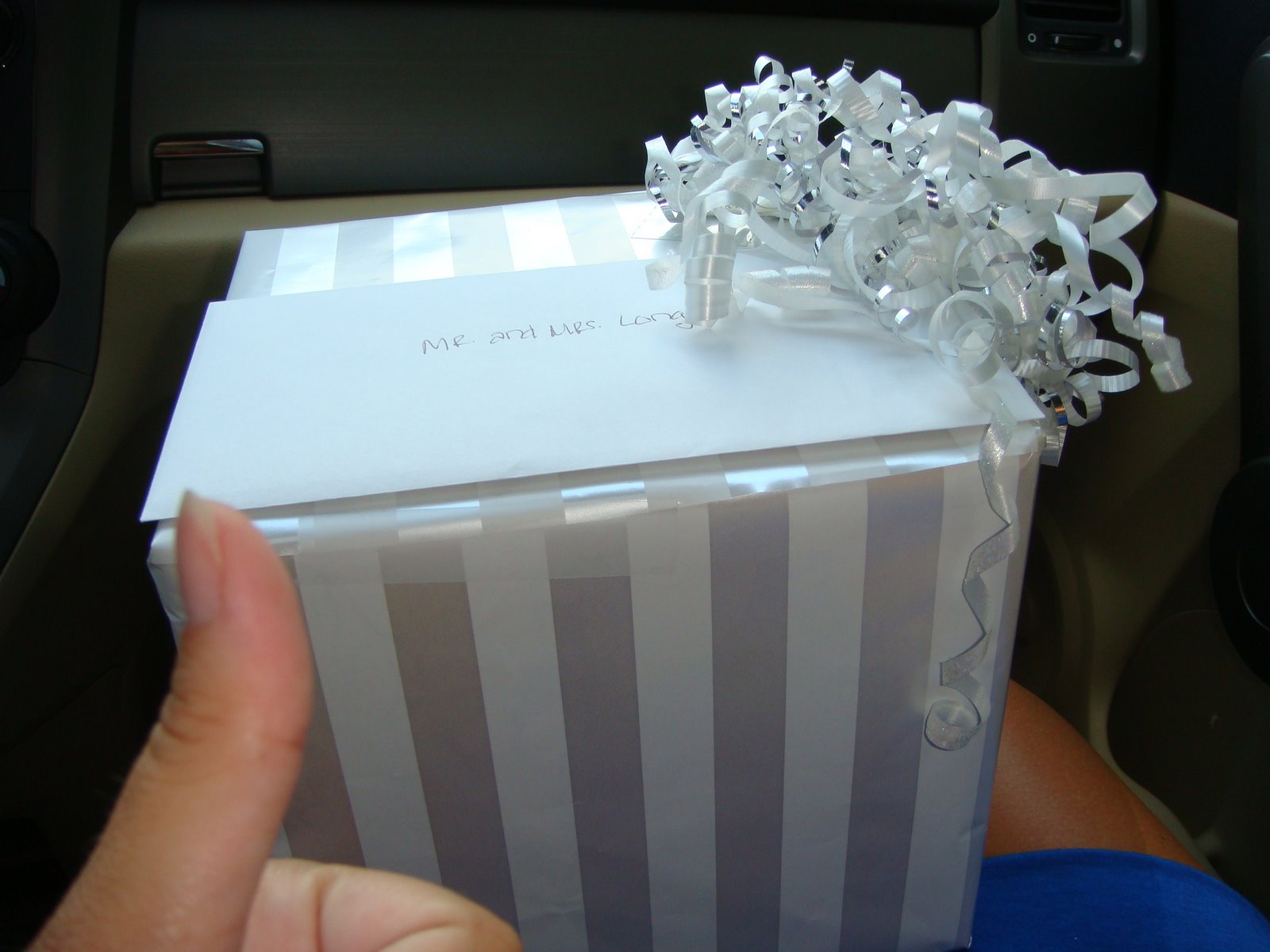 It was HILARIOUS because an usher sat us down on a row and I had to pee immediatly so I turn to the couple next to me and ask where the bathroom is and realize it’s a girl who has pretty much hated me since the eighth grade haha. Then I realize the usher who sat us was the guy I was “talking” too while dating Mark and when I met Zach! And another guy was there who I once made out with and who was the most horrible kisser of my life. Zach got a kick out of all of this since I have met every single one of his exes or hook-ups or whatever and he’s never met any of mine! He enjoyed making fun of each of the guys and later said the wedding was the highlight of the weekend! haha! 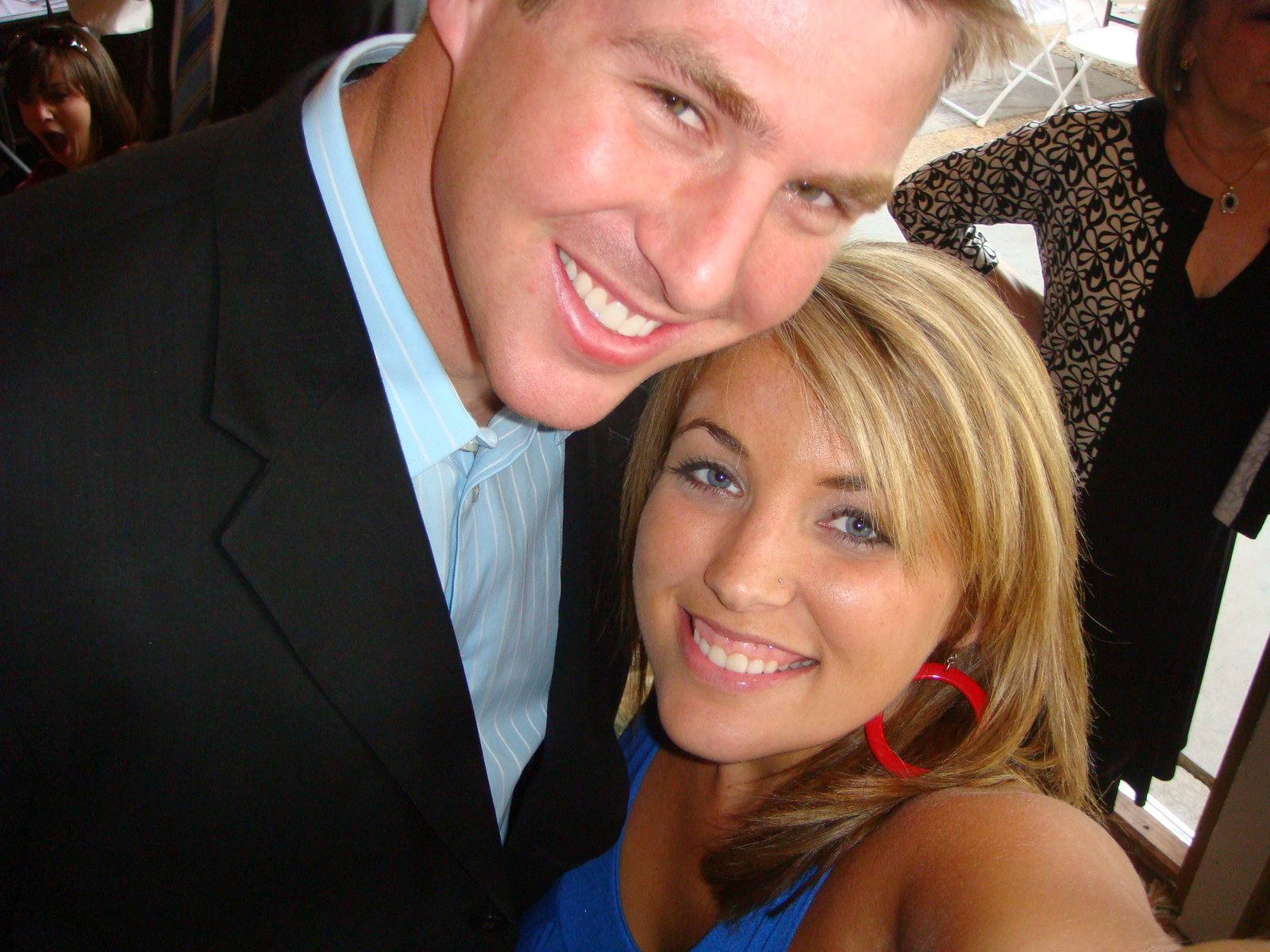 We rushed from the wedding back to the hotel and had 30 minutes to get ready for the big Aflac Awards Dinner. I wore one of my go-to dresses but by the end of the night this thing was KILLING ME!!!! Time for maternity wear…and I was so thankful to sneak out of the dinner right after dessert so I could be asleep by 9:30! 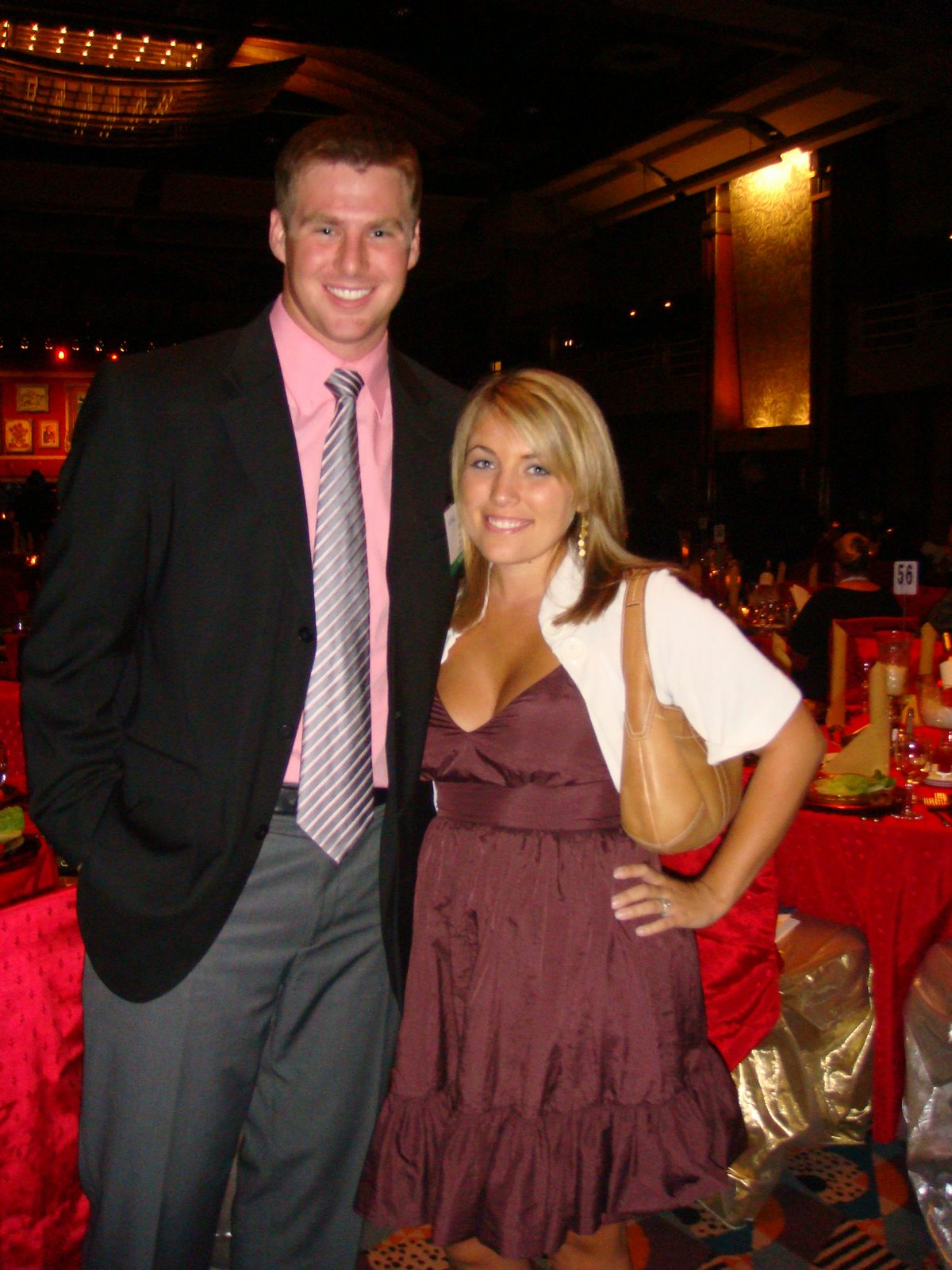