Brittlynn would be turning 5 months old on May 6th yet we had her 4 month old well visit on May 4th! Kye turned three on March 4th yet we didn’t have his 3 year well visit until 2 months later. Yes, we’re off schedule. BUT it was worth it to me in order to have both kids share an appointment. Makes life a LOT easier and allows Zach to not have to miss as much work time! We had this appointment scheduled ages ago and, of course, it ended up falling on the same day as Kye’s Mom’s Day at school. 🙁 I called and tried to move the dr appointment but our dr is WAY too popular because they wouldn’t be able to get us in again until AUGUST. So we had no choice but to keep it the way it was. We rushed and got there super early hoping we could get out of there quick so Kye and I wouldn’t be late to Mom’s Day!

Hanging out in the waiting room 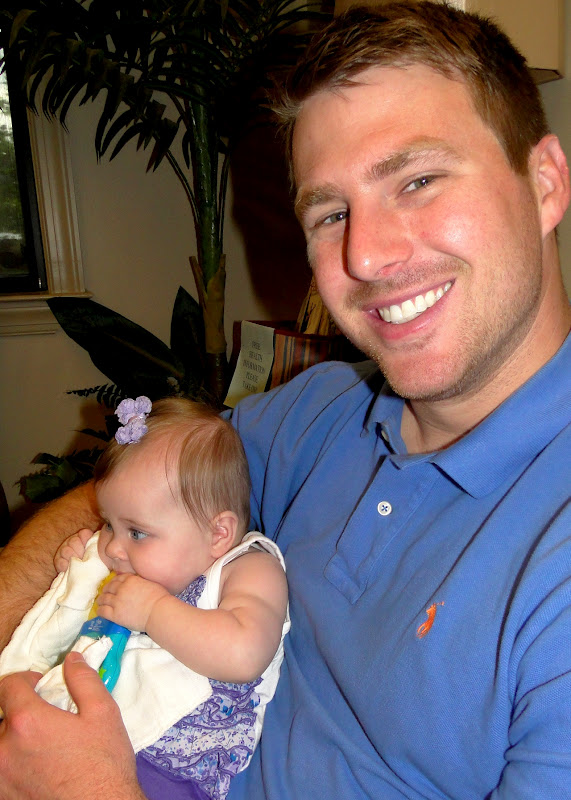 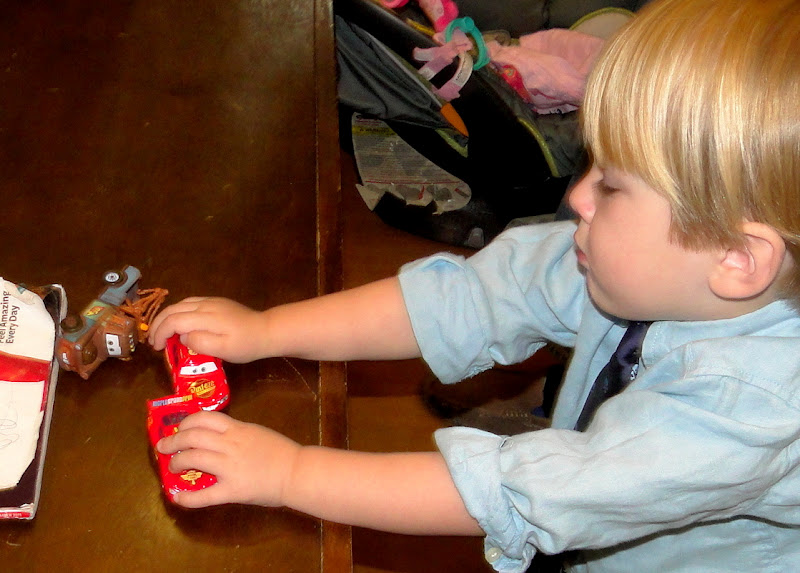 (and yes, each one IS different in some small way…don’t even get me started about how clever Disney is with their toy marketing…) 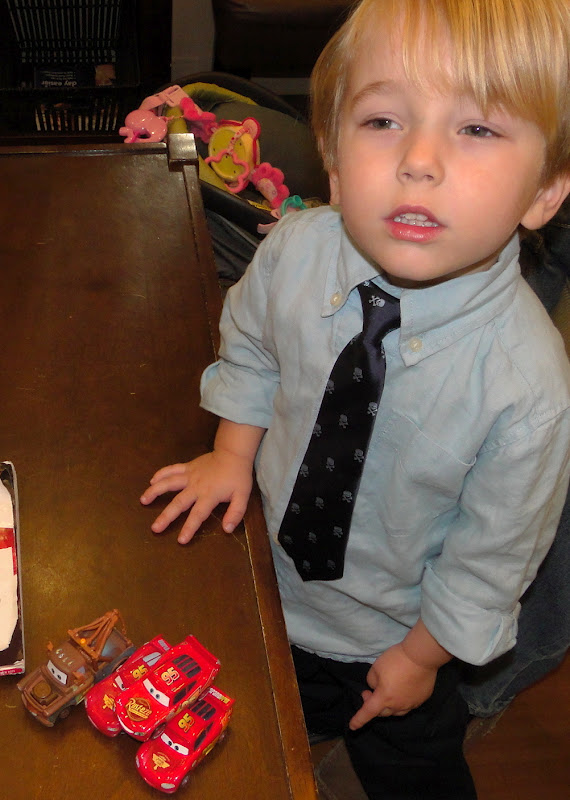 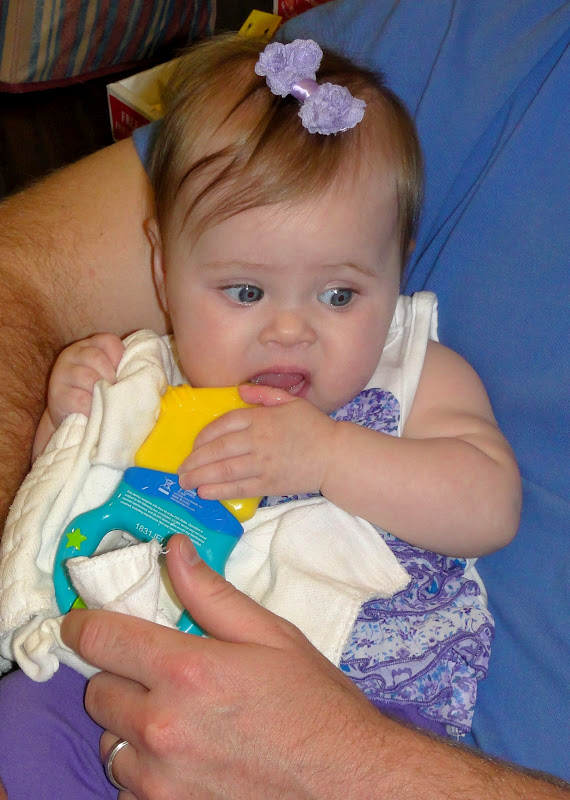 It vibrates when she chews on it! 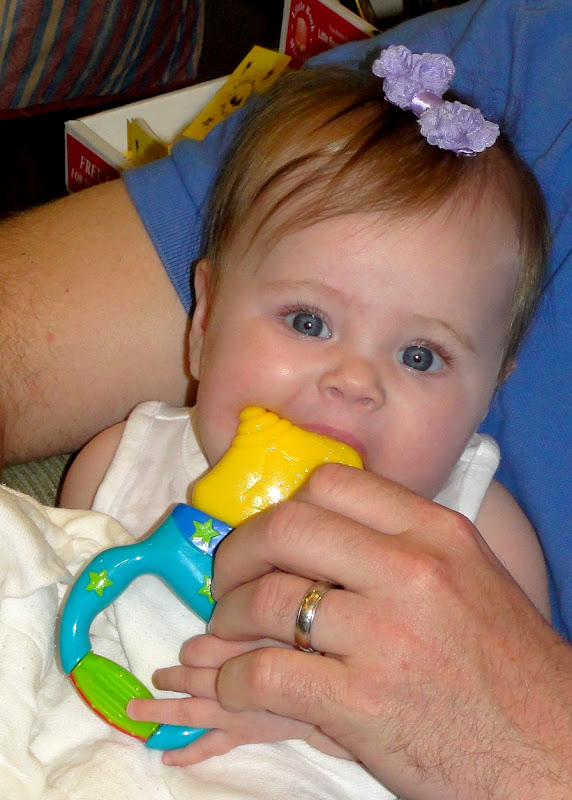 Once we got back it was divide and conquer time. Thank the LORD Zach came with me, we were able to get both kids checked out at the same time. I took the easier of the two…Kye 😉 At the three year check up they don’t need any shots, but they do their first real vision and hearing tests. It was neat to watch. He wore some headphones and had to point to which ear he was hearing little chirping sounds in. He did great! For the vision test he had to cover one eye and say the objects he could see. One of them was a pirate ship so he had that on the brain and at first he said they were all pirate ships. She said his vision was 20/40 which is great for his age. Pre-lasik I was practically blind so I know I need to keep a good close watch on my kids with their vision!

They measured and weighed Kye and when we got measured the first thing the nurse said was “oh you’re going to be tall like Daddy huh?” I was dead serious when I said “don’t say that unless it’s true.” She was a little uncomfortable and said “well he’s in the normal range for his age.” Thanks girl. When we talk about Kye’s height the main reason we are worried about how tall he will be is that his whole life he’s going to constantly hear that. “Oh you’re going to be tall like Daddy!” Zach is abnormally tall (6’6″ ain’t the national average that’s for sure!) and I’m below average in my own height (5’1″). Zach didn’t marry some giant who would give him giant children. He married me and with that there’s a decent chance that our kids won’t be as tall as Daddy (the research I’ve done says Kye will be, at minimum 5’9″). The last thing we want is for Kye to feel like his height (whatever it may be) is a BAD thing or that he can’t somehow live up to be the same type of man his father is because he isn’t as tall as he is (you know guys…this kind of stuff matters to them!).

When we got into the room with Zach and Britt I asked Zach for Brittlynn’s stats. He said he wasn’t sure he remembered right so the nurse let him tell me before she told me and as I expected he exaggerated them all. Haha. When Kye was first born he said that Kye was 27 inches long…instead of 21 inches 😉 Here are Brittlynn’s 4 month old stats: She weighs 16 lb 2 oz (80th percentile), is 26.25 inches long (91st percentile) and has a head circumference of 16 inches (30th percentile). She’s a big girl! At 4 months of age she could be wearing 9 month sized clothing!!! Just to compare, here are Kye’s from his 4 month appointment: Weight was 16 lb 4 oz, 70th percentile (he weighed 2 oz more than she does). Length was 26 inches, 80th percentile (he was 1/4 of an inch shorter than her), and head circumference was 16 3/4 inches, they didn’t tell us a percentile but it’s 3/4 of an inch bigger than hers!

People often comment that she is bigger than he was, but not really! They are pretty close in every area…except maybe the head. She’s got Zach’s small head 🙂 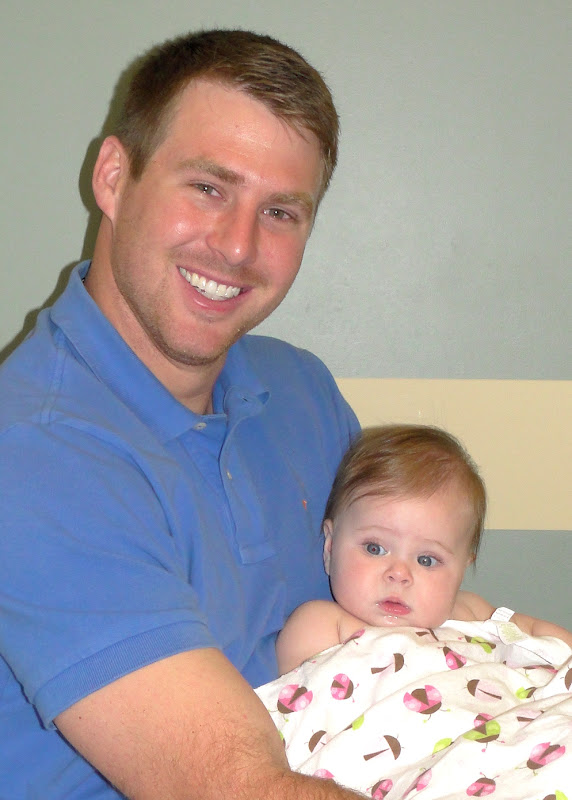 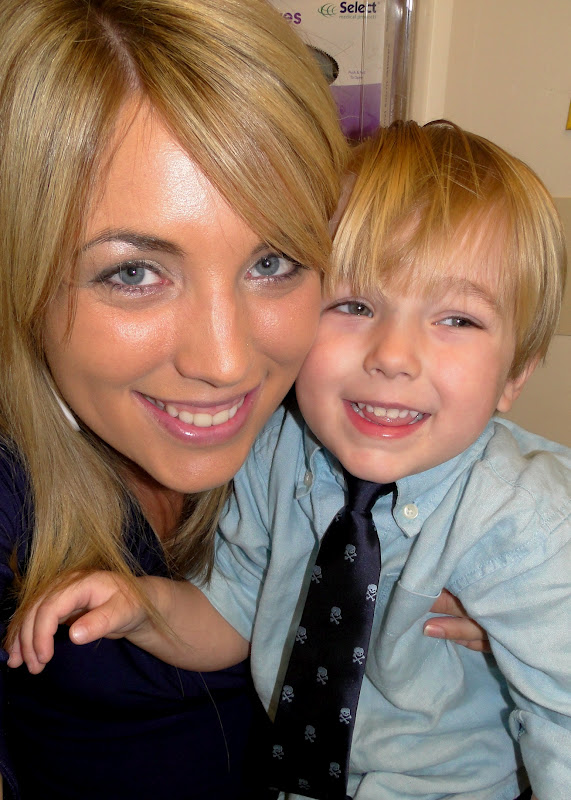 Brittlynn pretty much cried throughout the entire appointment. It was her nap-time, who can blame her! We had them check Kye out first and, like usual, Stephanie said “his ears are PERFECT!” She also said that the has all of his molars in. I have NO CLUE when that happened because we still thought he was missing some…I guess we don’t know much about the teeth world 😉 She said we are good to go about the dentist and need to make an appointment (I’m taking him in July). I complimented them about their great find with his whole private thing and told her how the surgery went. I asked about his vein. Which I ask about at every appointment. FINALLY, I feel like she was straight up with me about it. From birth they told me “it’ll be less noticeable with time” but three years later and it’s still pretty noticeable (it’s a darker vein across the bridge of his nose). She said it’ll probably always be that way but that it’s not anything to be worried about and it doesn’t mean he experienced any trauma or anything. With my smell situation, I have always worried about it being due to some trauma or something and us now know what problems it has caused until later, like with my own situation. I forgot to ask about switching him to fat free milk but everything I read says it’s fine so I feel okay about it 🙂 They pricked his finger to check his hemoglobin and it came back “really good” whatever that means! I was very impressed with how “tough” Kye was with the finger pricking. He didn’t even wince!

When they checked Britt, again I heard the standard phrase at Parker children dr visits “Perfect ears!” I mentioned that she tends to have her mouth opened CONSTANTLY and Stephanie said it’s perfectly normal and nothing to be considered over. She said her flat head/balding in the back is normal as well. She asked about solids (since most people at this point would be feeding their baby solid food) and I told her I plan to wait until 6 months and that I plan to not do baby food at all. She was completely supportive, as I knew they would be. I’m VERY fortunate to have a pediatrician who is on board with my hardcore babywise self 😉

Britt had to have shots (the same ones as last time) and she screamed for them, also just like last time. This time around I gave her the tylenol prior to the appointment and it REALLY helped her the rest of the day. I know the new thing is to not give the baby Tylenol but if my kid is in pain, she’s getting it! They did tell me she’s big enough now to get 2.50 ml of Tylenol instead of the 1.50 she was getting before.

Overall it was a GREAT appointment. I know how crazy blessed we are to have SUCH HEALTHY KIDS!!! I personally think a lot of it is thanks to breastfeeding which I do take pride in myself for doing 🙂 Not only was it a great appointment, but Kye and I also made it to Mom’s Day with time to spare! You can read about Kye’s 4 month visit here.