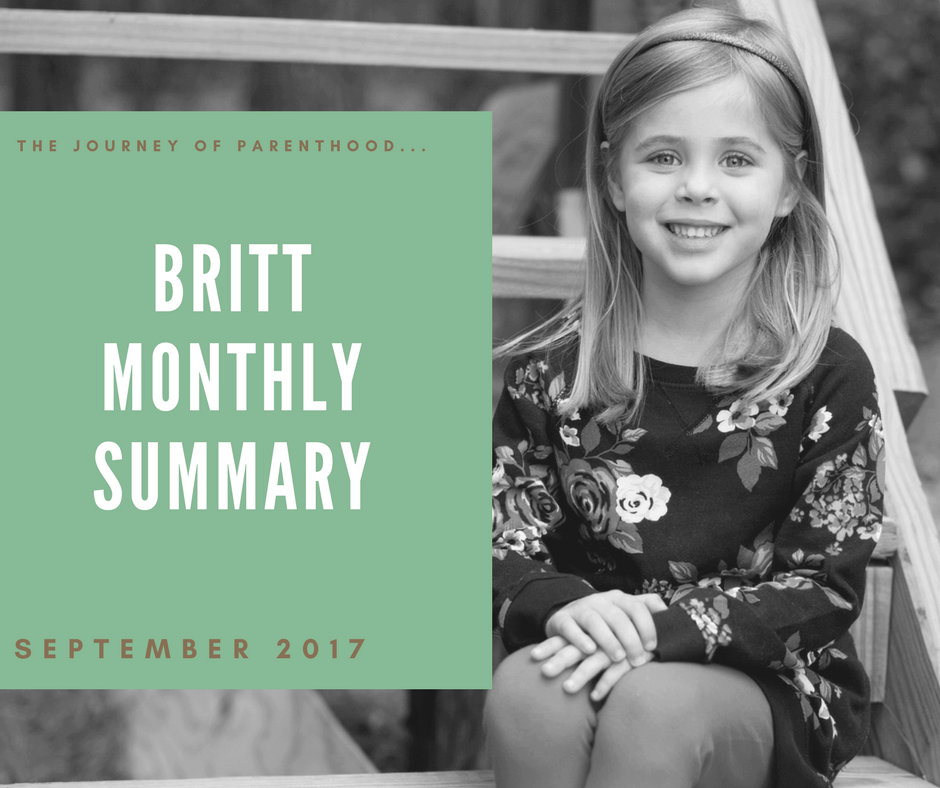 We have been talking about Britt’s first time watching Star Wars for literally a year now. Originally we had thought we’d start working through the series over the summer but when we took her to see the live action Beauty and the Beast she freaked out. Like to the point where we don’t even talk about that movie (insert eye roll here…I mean she’s seen the original a billion times and the commercials for the new one so I just don’t get why she freaked so much). We told her she wasn’t ready for Star Wars because of how she acted about Beauty and the Beast.

Since that conversation she’s been hardcore about talking up Star Wars and how she won’t be afraid and won’t freak out and will be able to handle it and wanted to see it. We decided to wait awhile on it and told her we’d try it one Episode at a time but that we love her and we aren’t going to be letting her watch something that she’s not on the level of handling yet. We don’t want to sit there and let her watch it only for her to have nightmares after!

We had our first Star Wars night this month and Britt was SO PUMPED. We watched Episode 4 and she LOVED it. So much so that she requested to watch it in the car on the way to Disney on her movie screen. She did really well. She was a little scared in the scarier scenes but that’s okay. They are made to make you jump a little! She didn’t have any bad dreams or lingering issues from watching it so we plan to do Episode 5 soon (we may switch up order and do 4, 5, 1, 2, 3, 6, 7 then go see 8).

Kye has been THRILLED to have her join his life of Star Wars and was such a great big brother while watching. He kept comforting her and telling her it was okay and explaining things to her 🙂 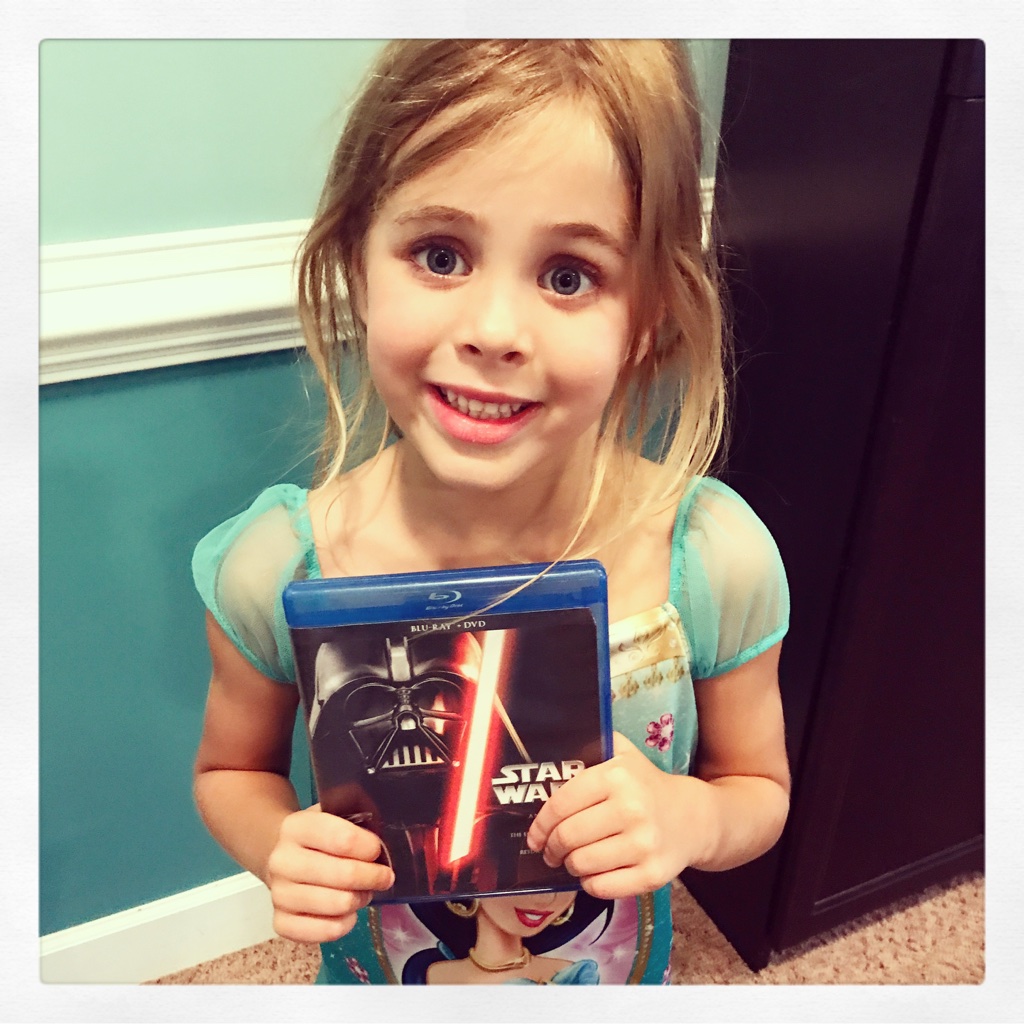 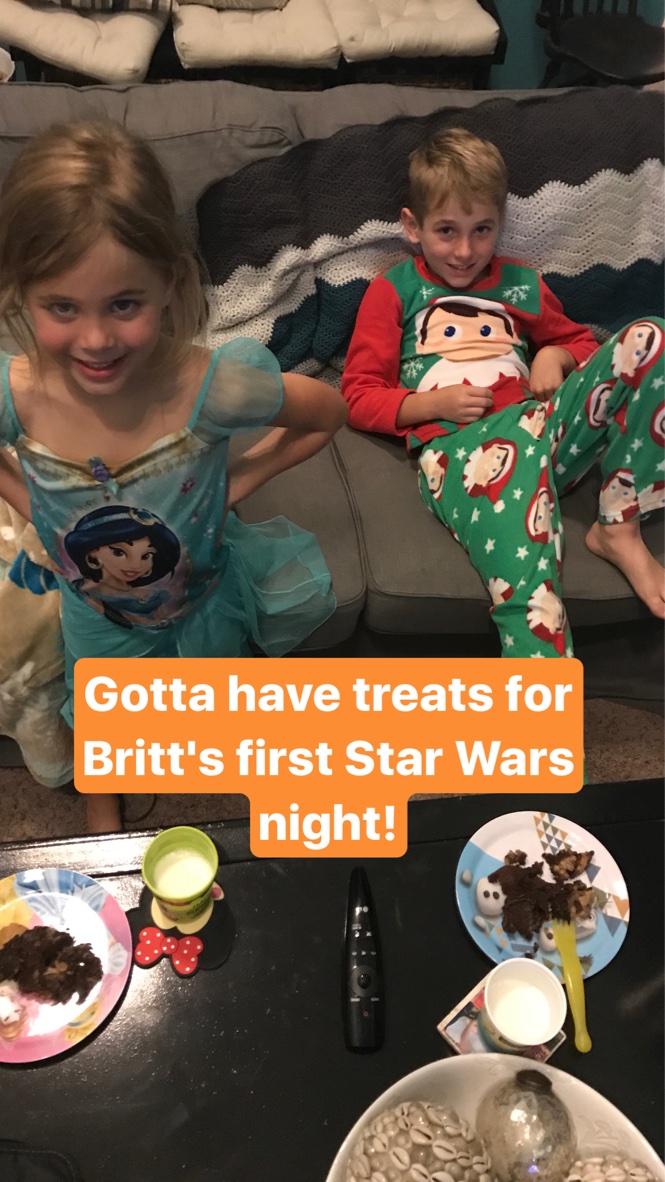 Britt was super pumped about her fun run at school and was so adorable running around the track. She had a big grin the whole time and her hair fell out which was hilarious. She loved seeing me there and would wave every lap! 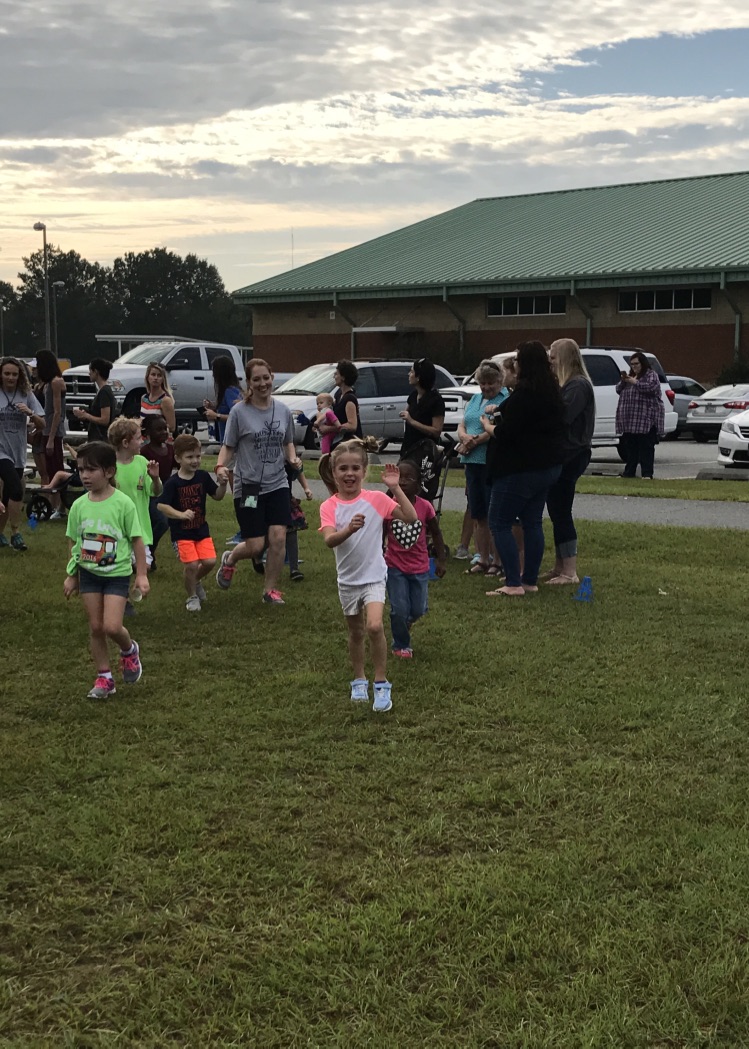 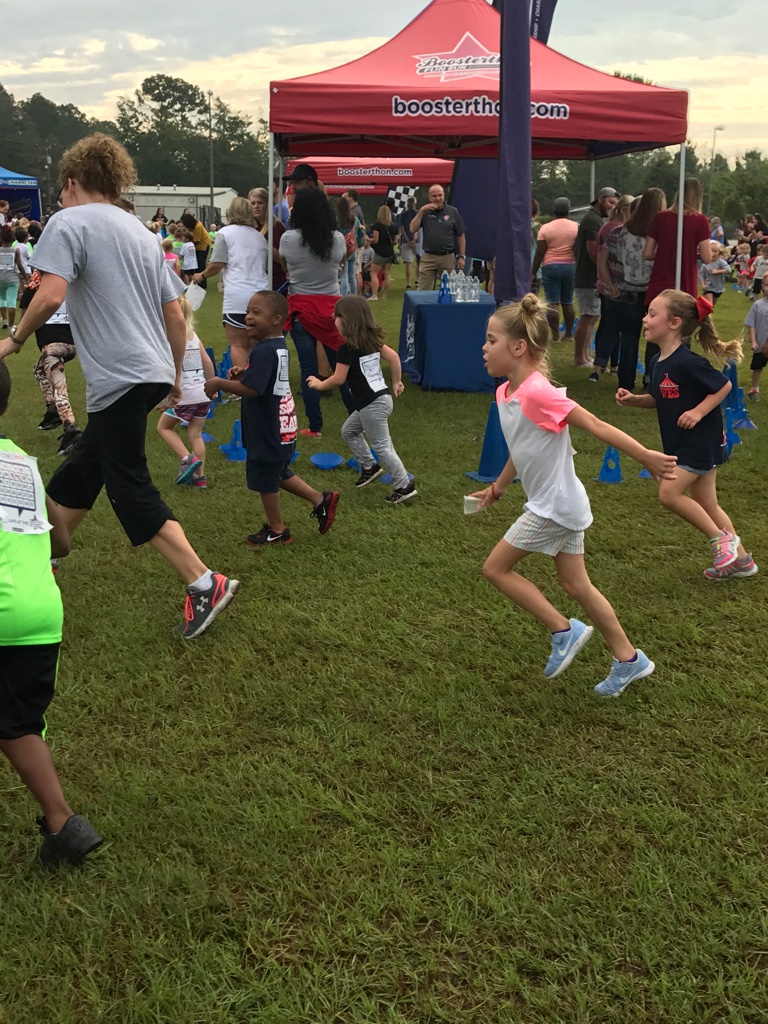 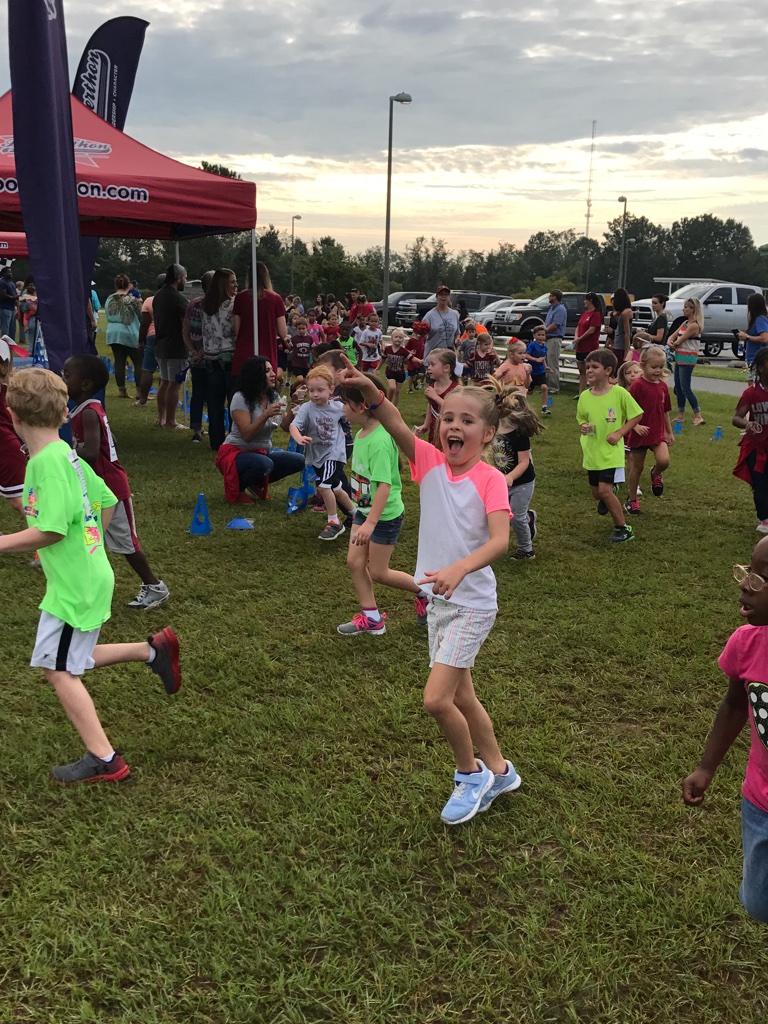 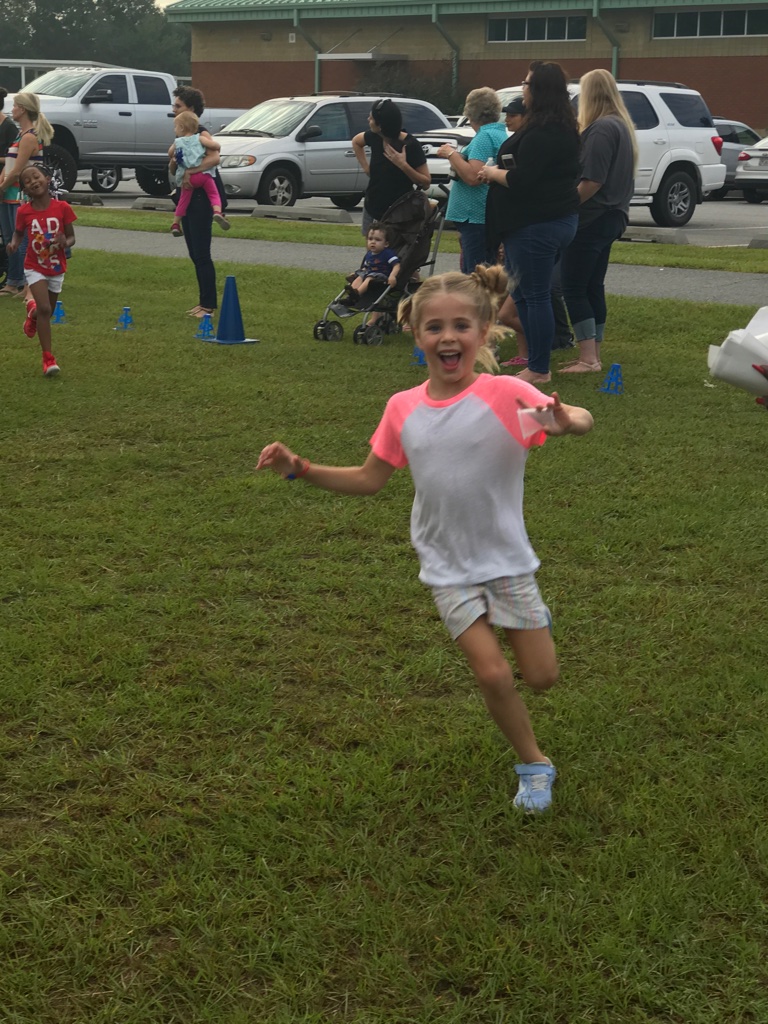 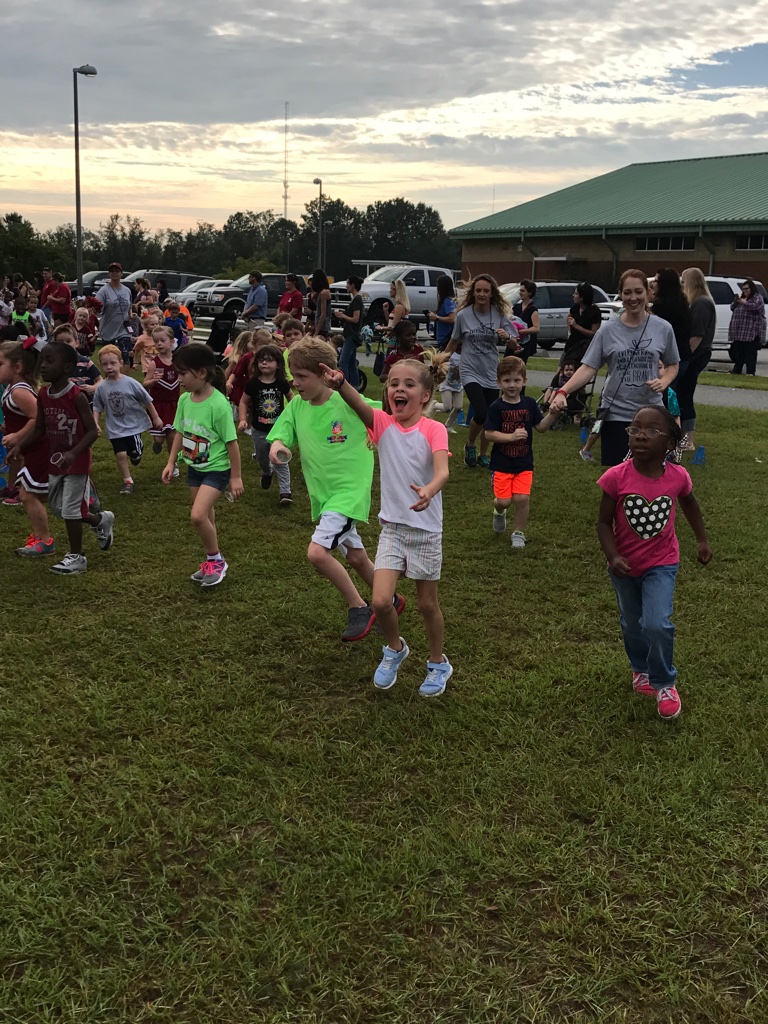 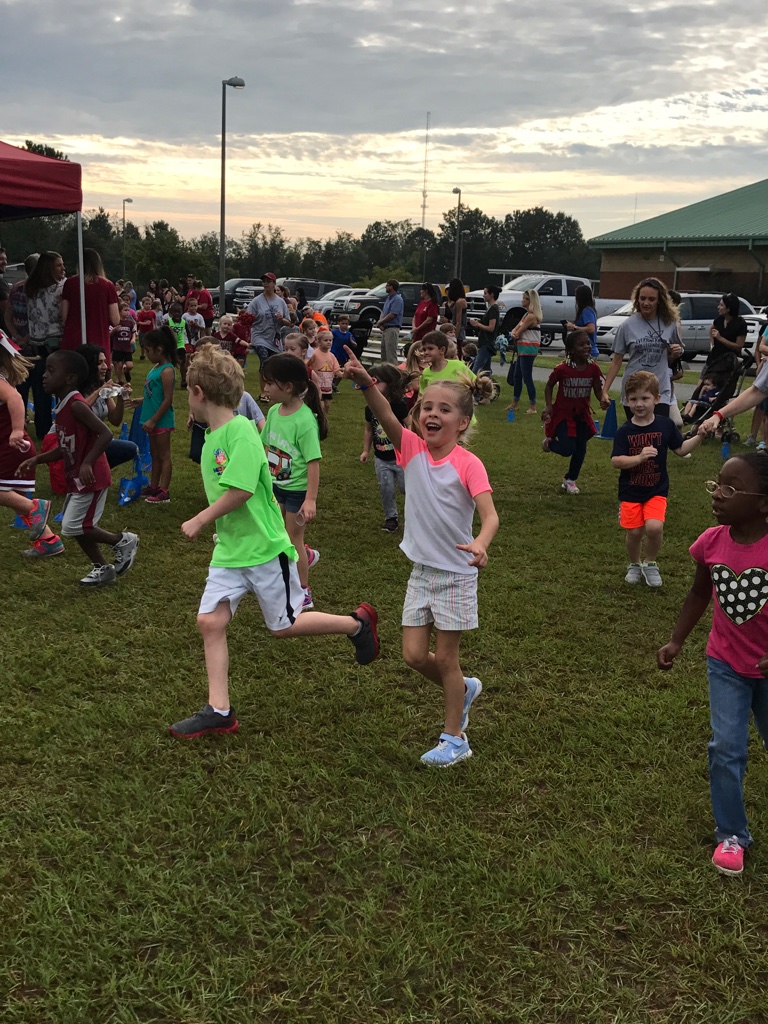 Britt went into football season really excited about cheering Kye on (but quickly decided it was super boring haha). She wanted to make posters to hold up for his first game! 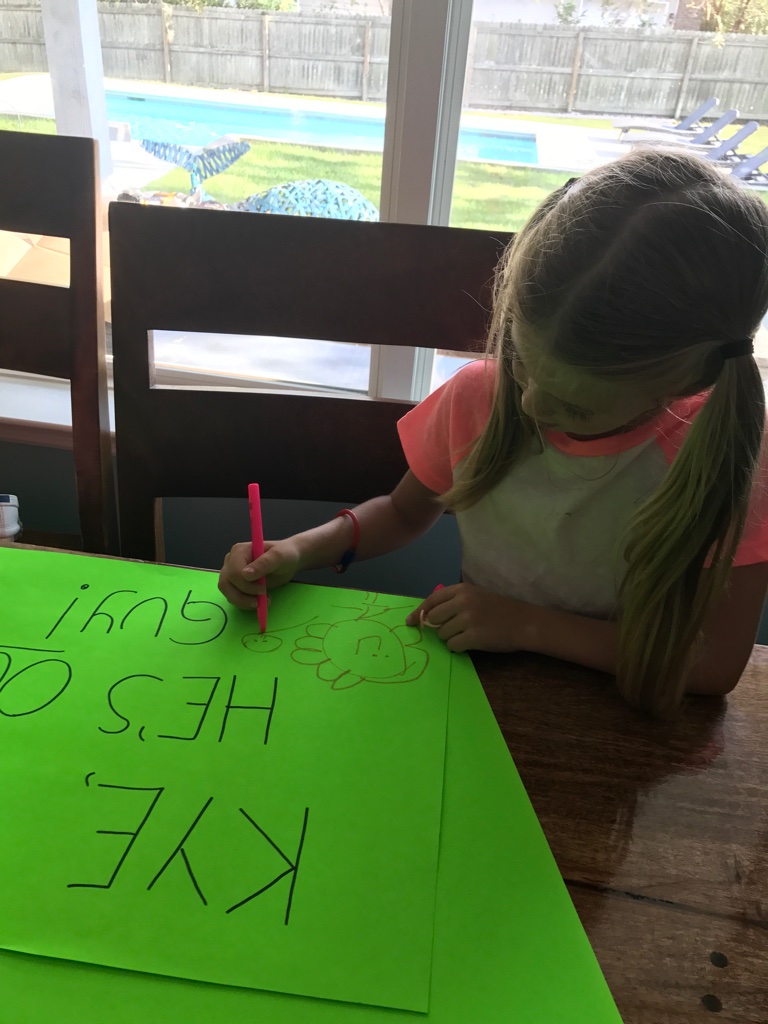 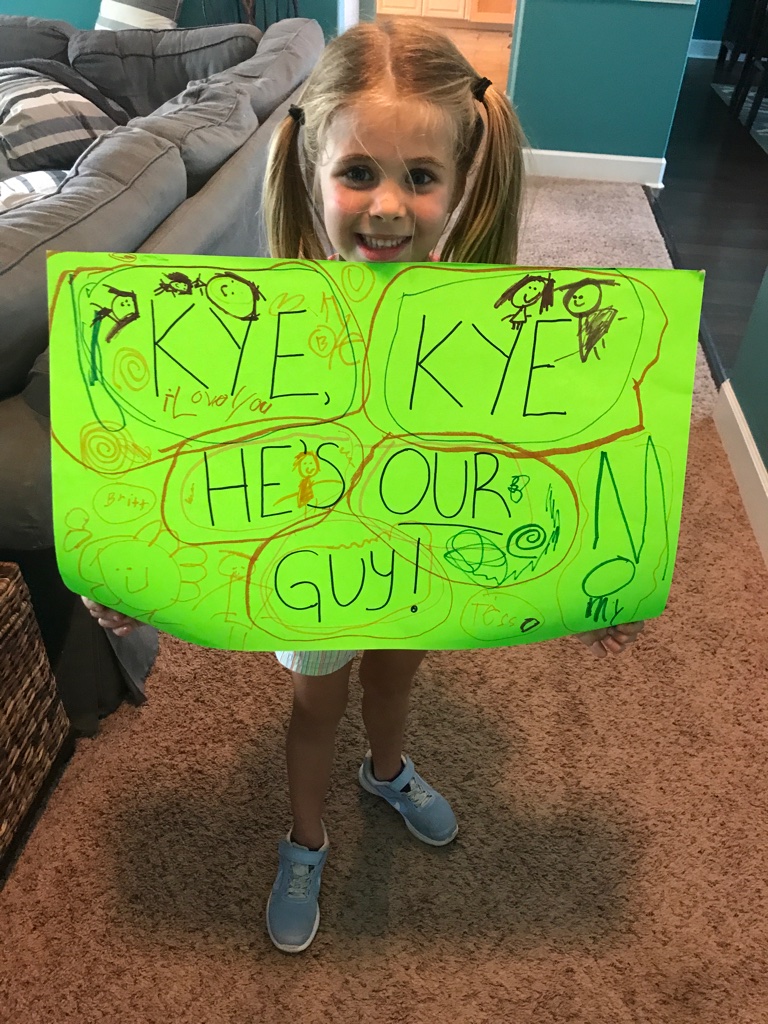 Football has brought us many firsts…like outhouses. 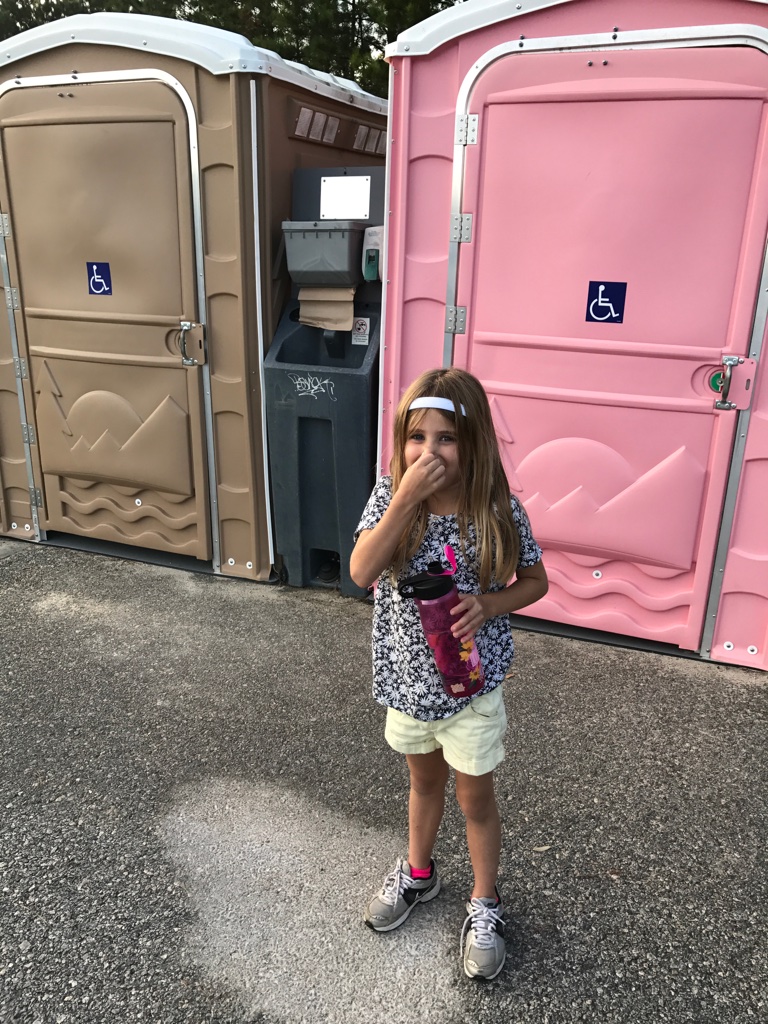 Britt is L-OVING school and comes home with so many fun little crafts she’s made! 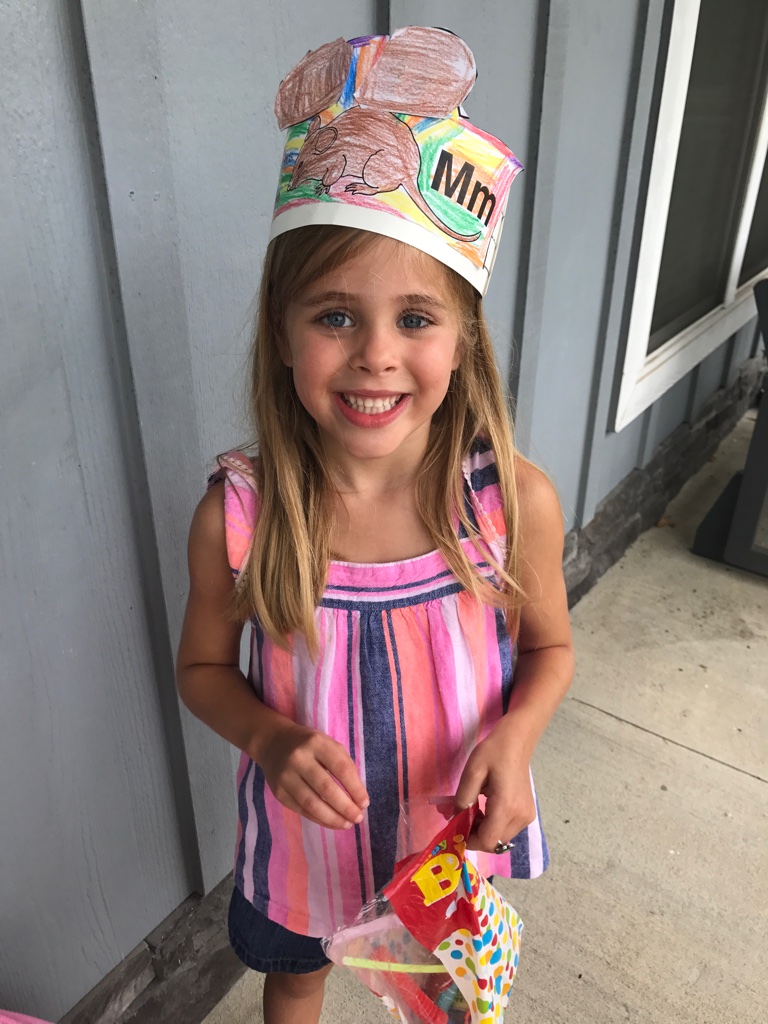 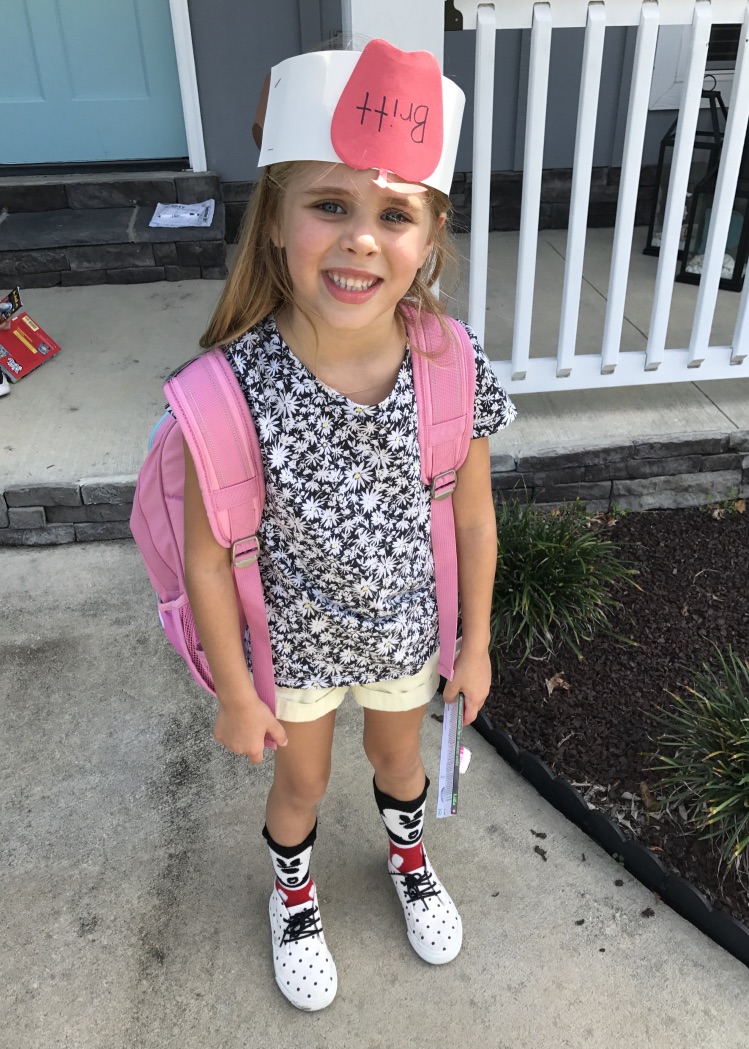 For dress up days at school Britt is NOT like Kye. He’s super into it and she’s just not. Which I’m fine with! I’m very no pressure when it comes to stuff like that!

She was excited about celebrity day because it meant she could wear her Moana dress! 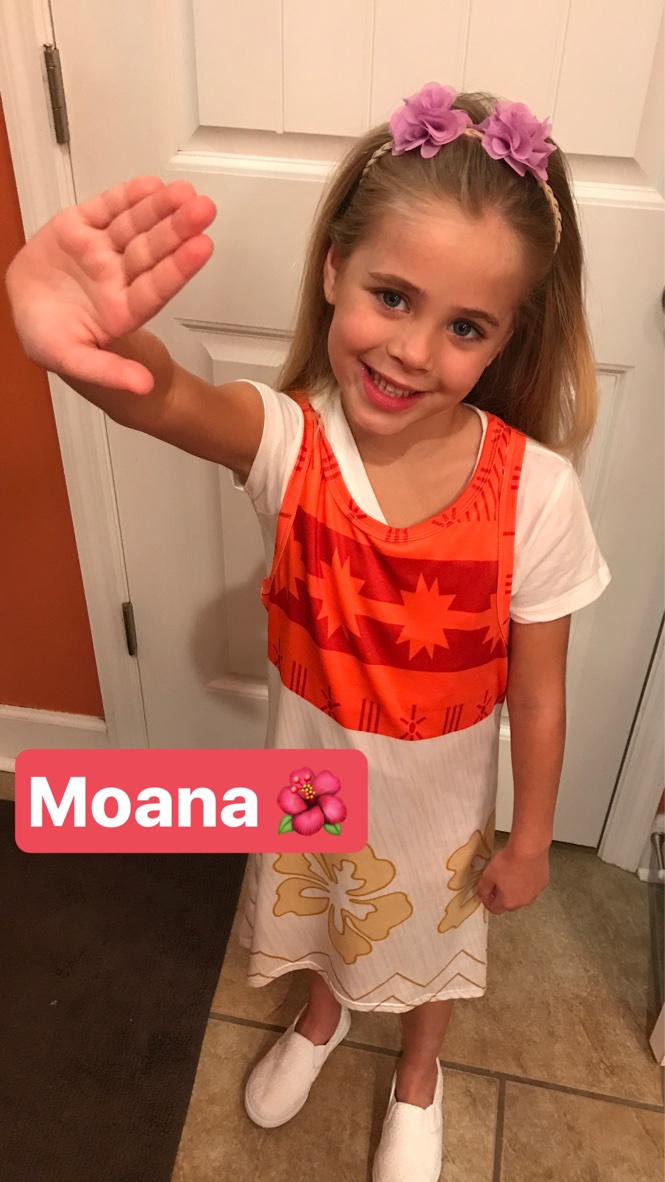 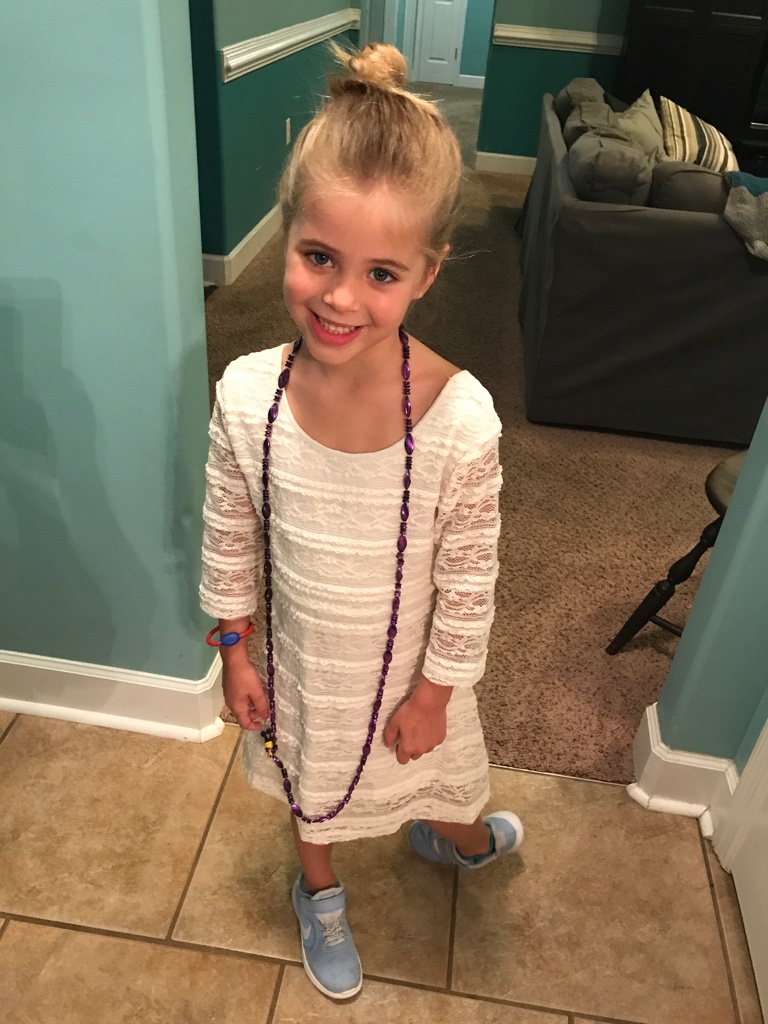 And cowgirl she was cool with pigtails but that was it. 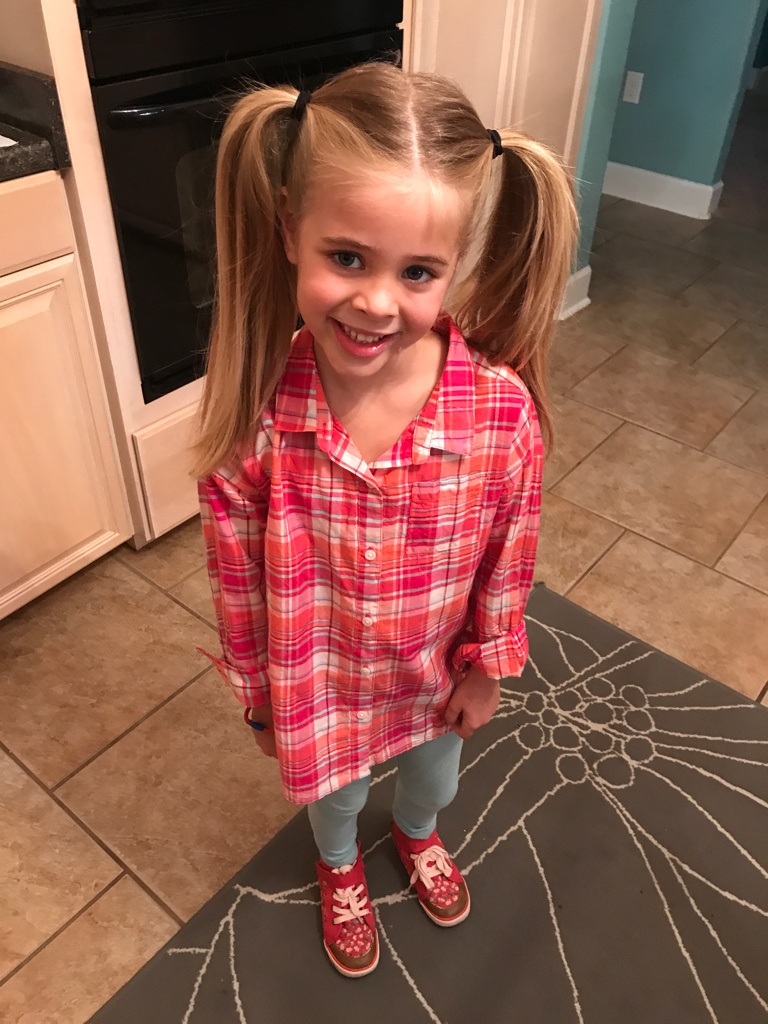 She is just so stinking cute! 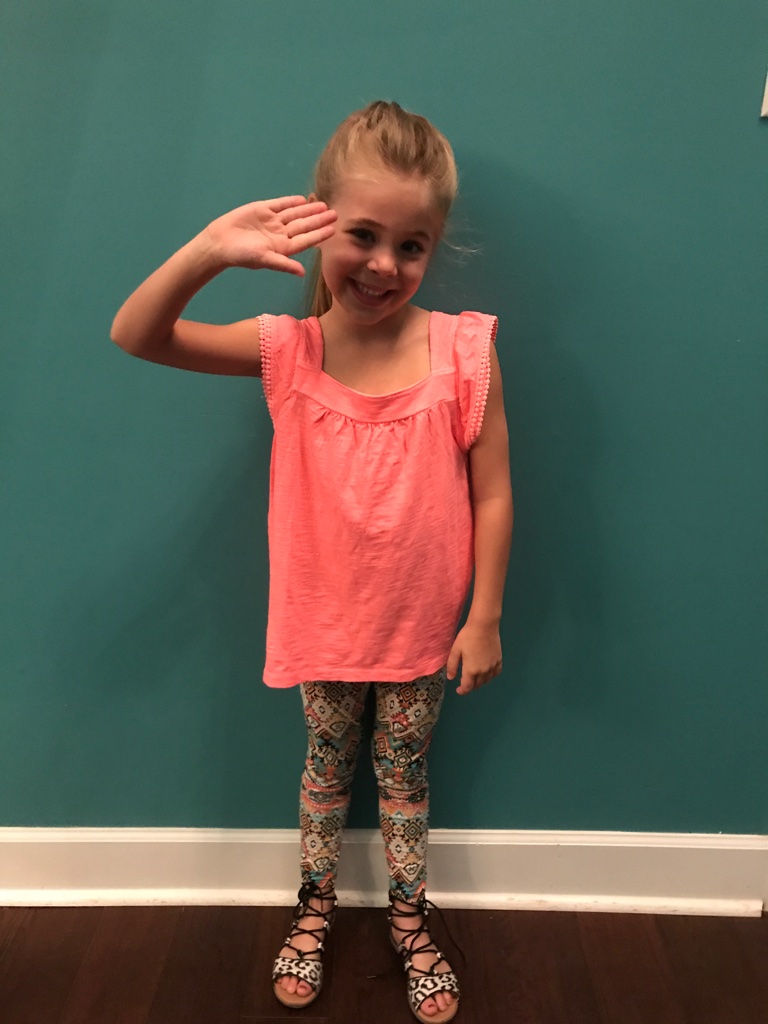 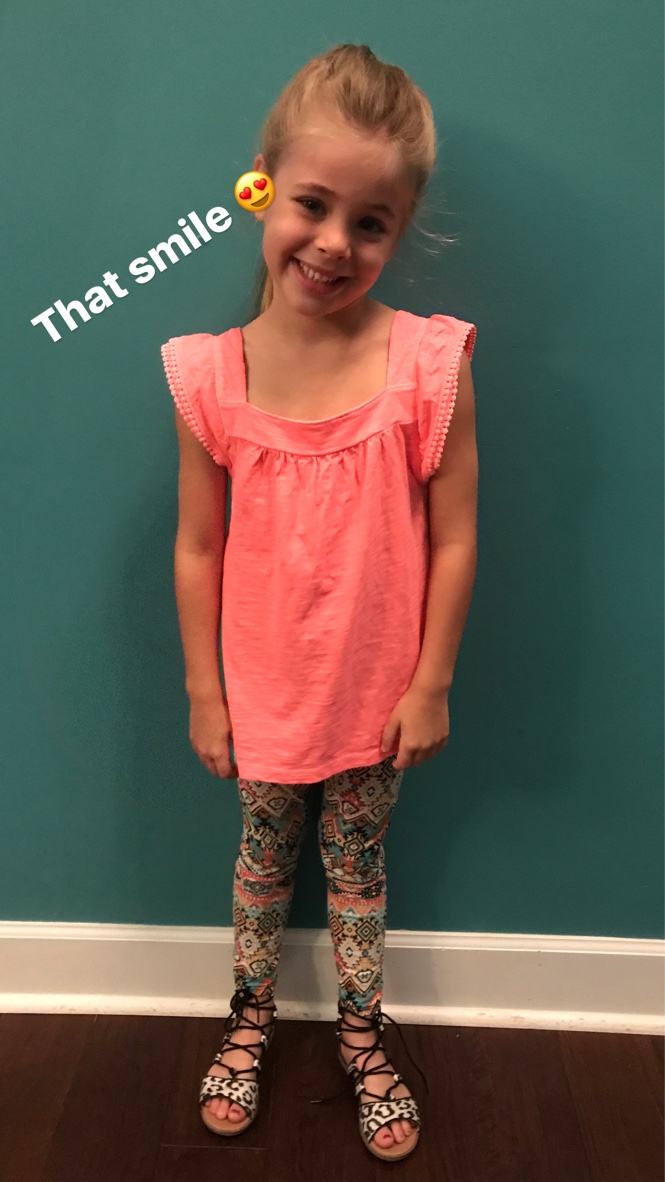 We’ve had fun with her hair styles and she has her favorites for sure! 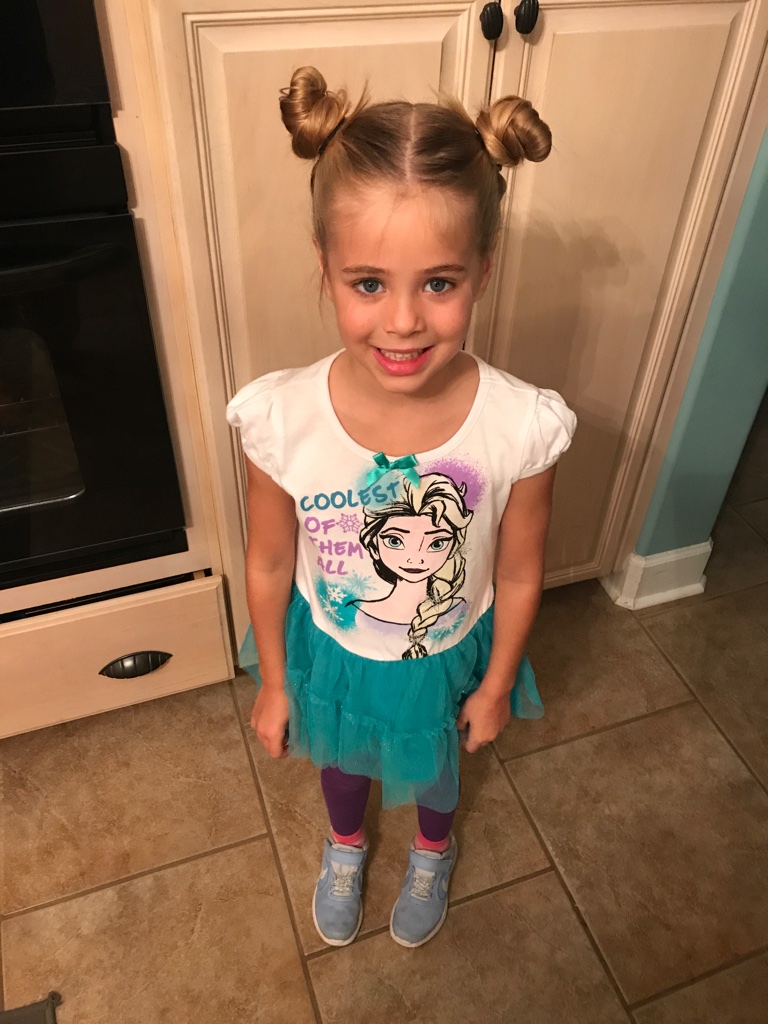 Kye told her “you look like a real lady” 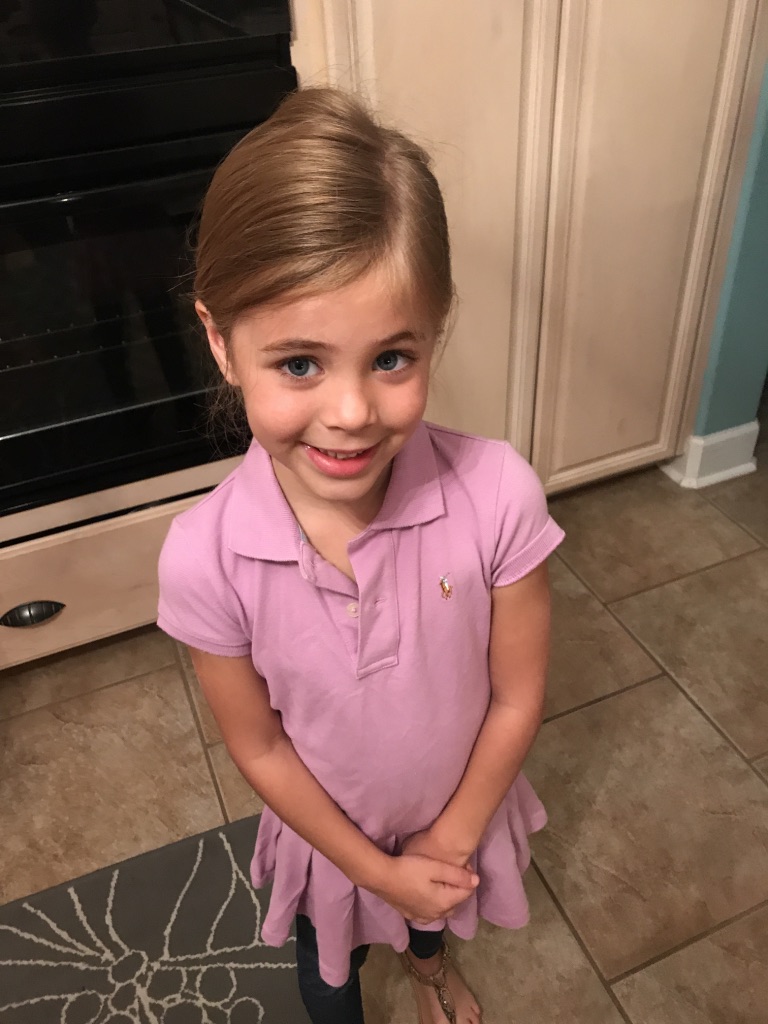 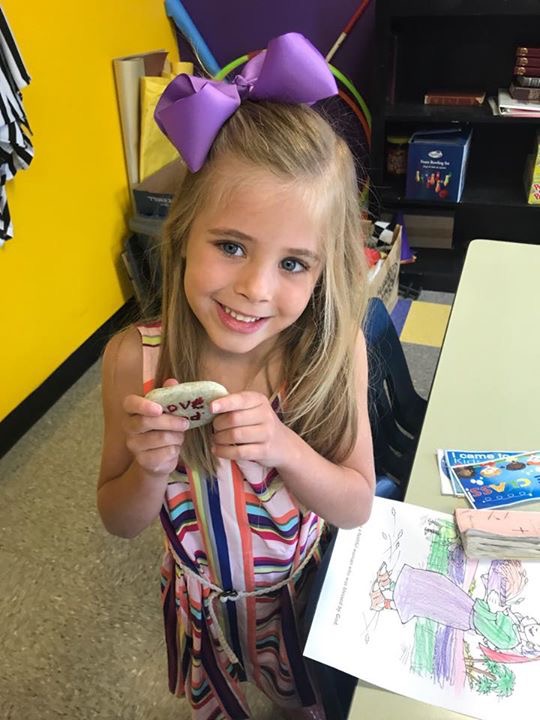 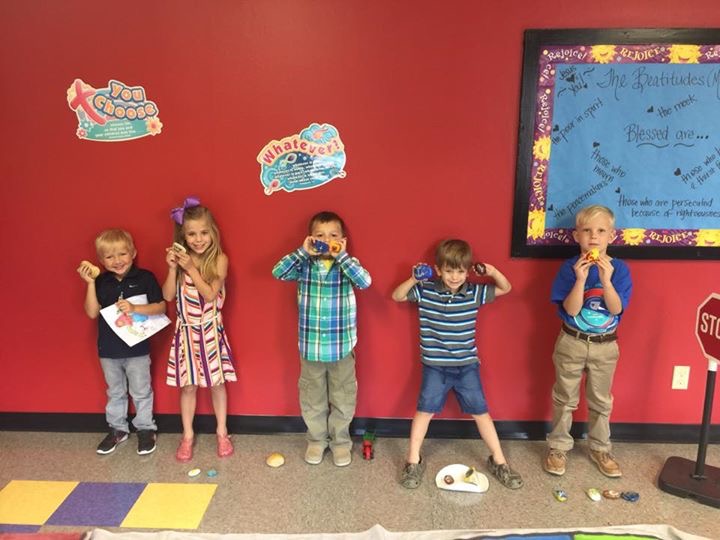 She hid hers at Zaxby’s and someone found it and posted it up on the local community facebook page! Such an awesome way to spread joy and the love of God! 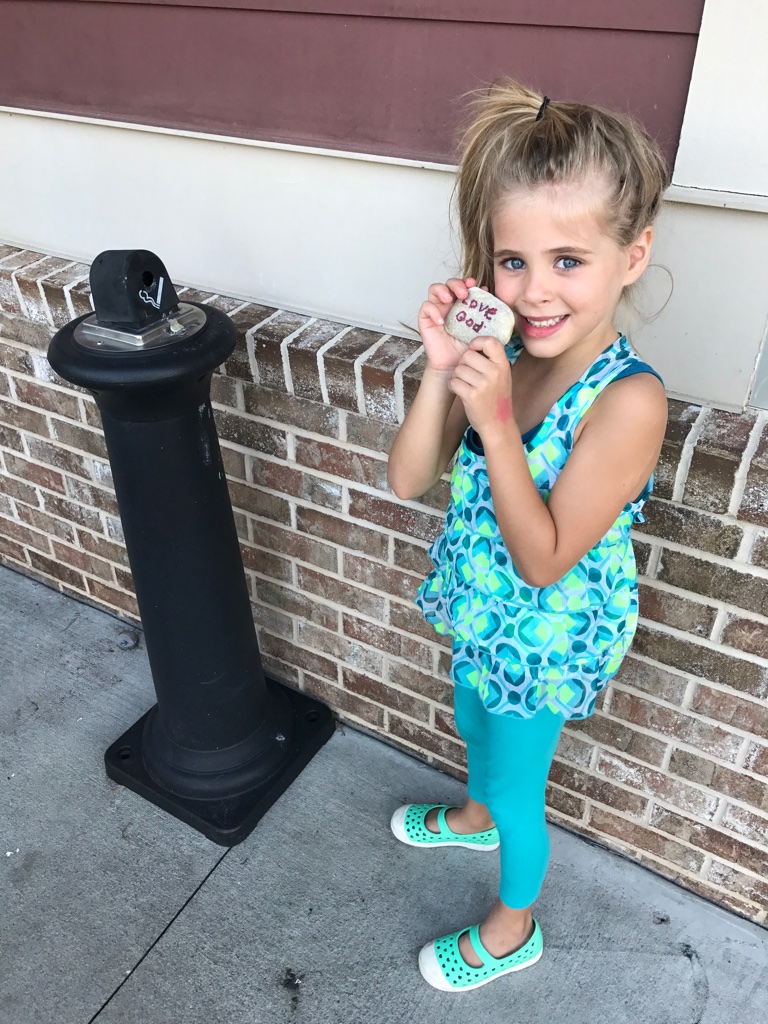 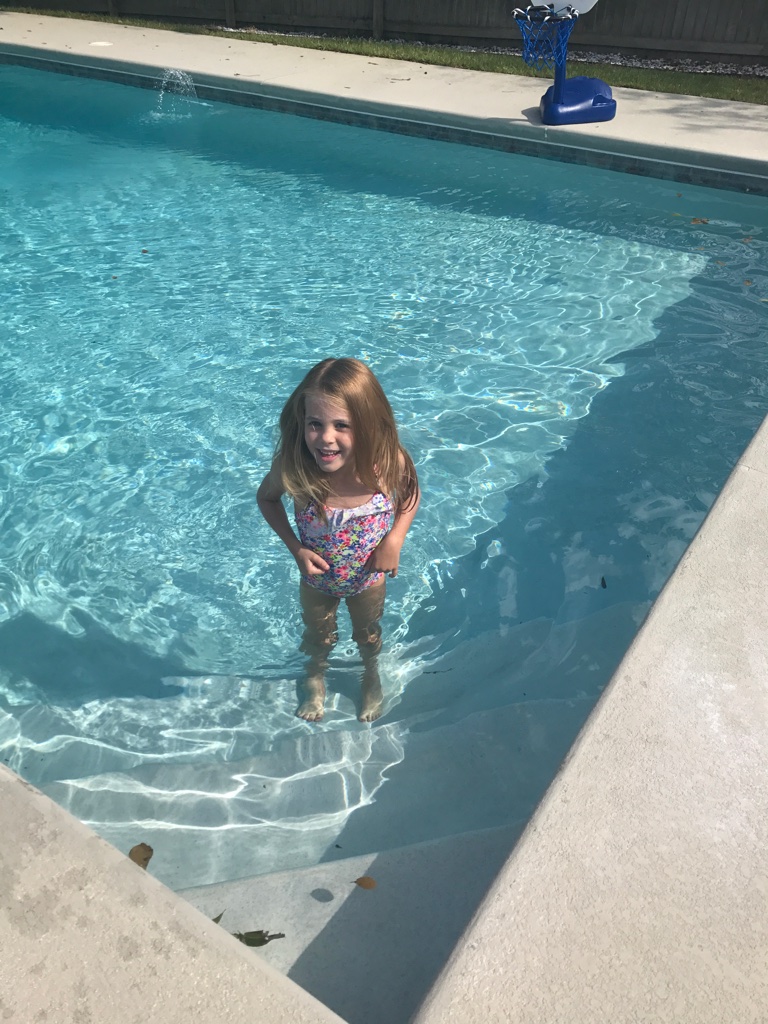 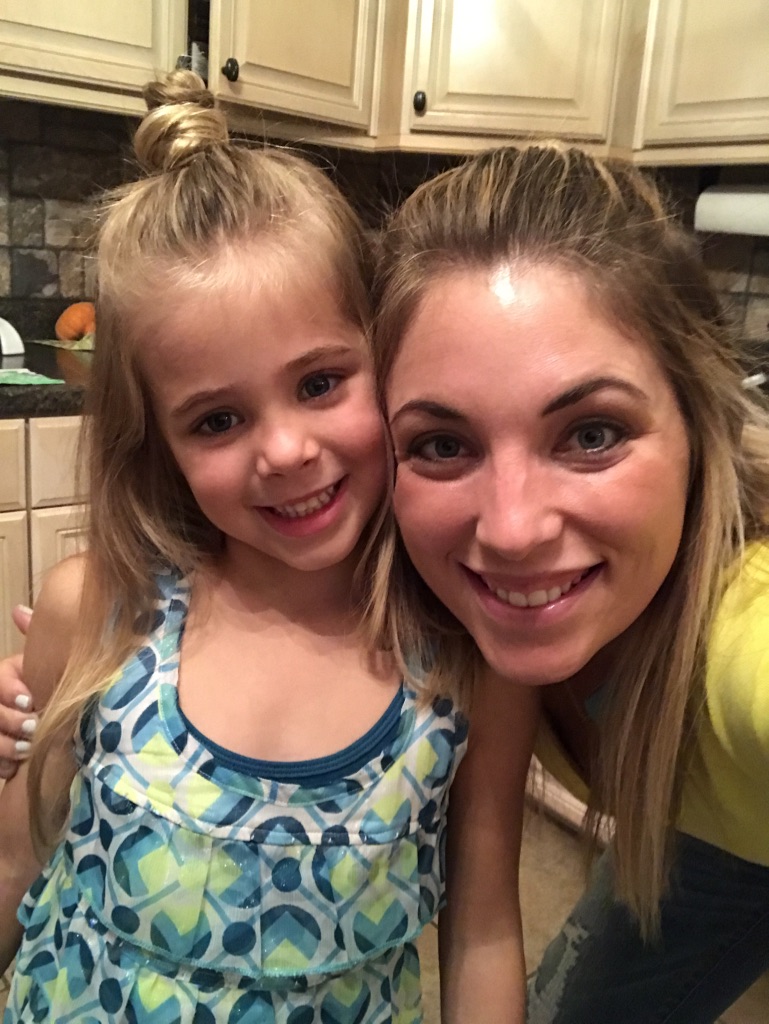