Back on Christmas in 2007 Zach gave me a gift he called the “glamor package.” It was a pair of Coach sunglasses and a note good for 2 tickets to any concert I wanted to go to. Well it’s taken me AWHILE to find a concert worth attending! I used to LIVE for concerts. I’ve been to well over 20 of them and in high school I’d go to one like once a month. I’ve seen country, oldies, rock, pop. From Elton John to Alanis Morissette to Brooks and Dunn to Justin Timberlake. I have always loved the music, the people, and especially the feeling you get at a show. Like you’re part of something bigger than youself!

Zach, on the other hand, has lived a sheltered little life here in Valdosta. His only live show ever? LFO at Wild Adventures. I was excited to show him something I love but nervous to see what he’d think about it. When I heard that Blink 182 got back together I KNEW that would be the show we’d be attending! We bought tickets during the fan club presale so they were good seats and planned on having Zach’s parents watch Kye when we drove up to Atlanta. Then DJ AM died and their concert dates got shuffled and the show got moved to the day we got back from Cancun!

It was pretty crazy rushing from the airport to the hotel then to the concert. I really really wish it hadn’t been like that. I feel like Zach and I would have both enjoyed the night more if we’d been able to JUST focus on that. Been able to listen to some Blink music (we both know it all now after I introduced him to it) on the way there. Been able to be comfortable instead of exhausted from a busy day filled with airports. Instead we were uncomfortable, tired, and in a rush. 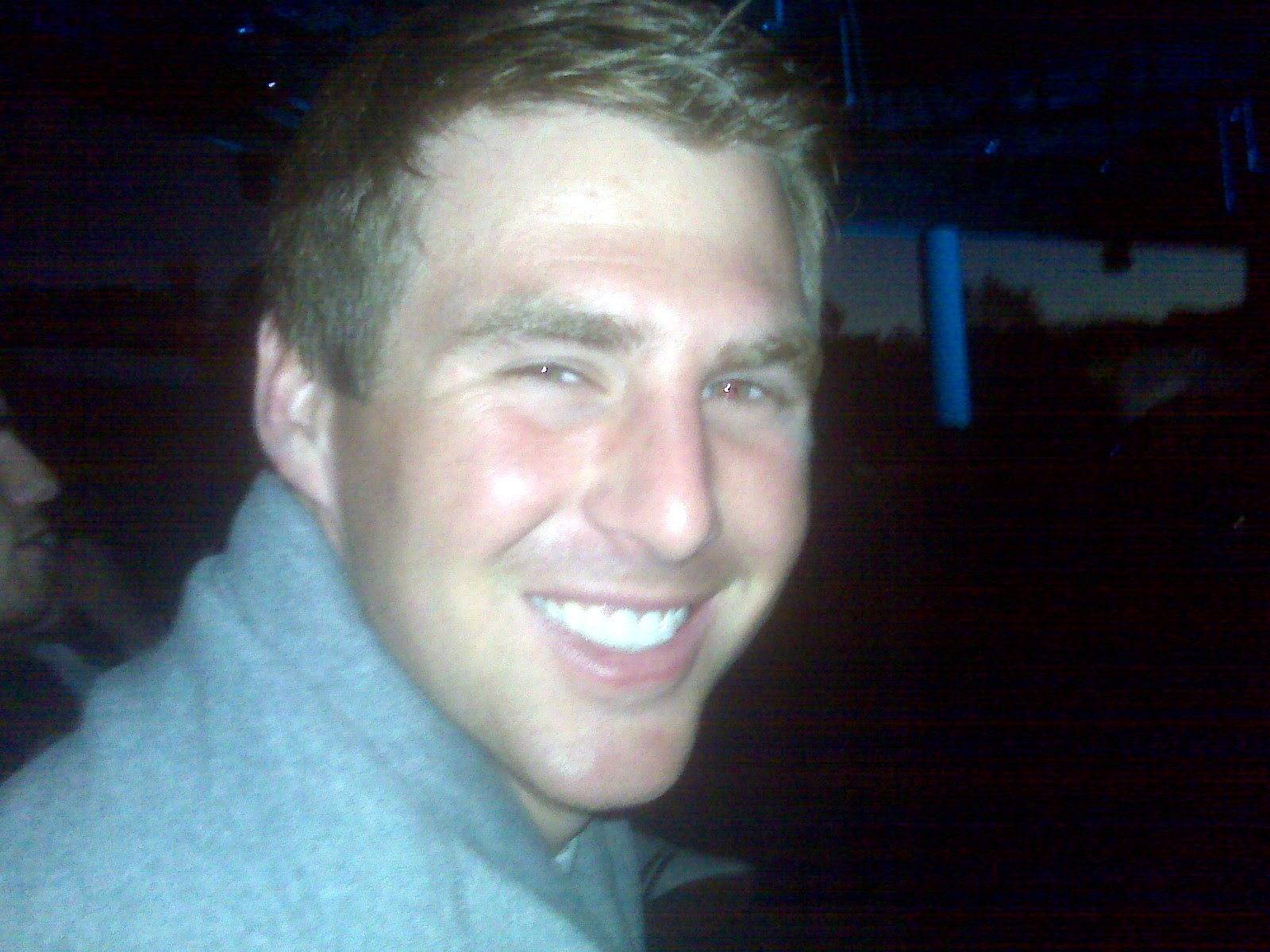 Notice anything about the picture quality? In all the rush I got to the concert and realized my camera had a dead battery. BOO. So I got stuck using the camera on my PHONE. Yuck! Another disappointment? Both of the opening acts had been canceled. And they were supposed to be Fall Out Boy and All American Rejects! Instead some random band opened and so did Asher Roth. That was kind of neat as Zach really likes him. But he’s a rapper and it’s just not that good to see a rapper live ya know? 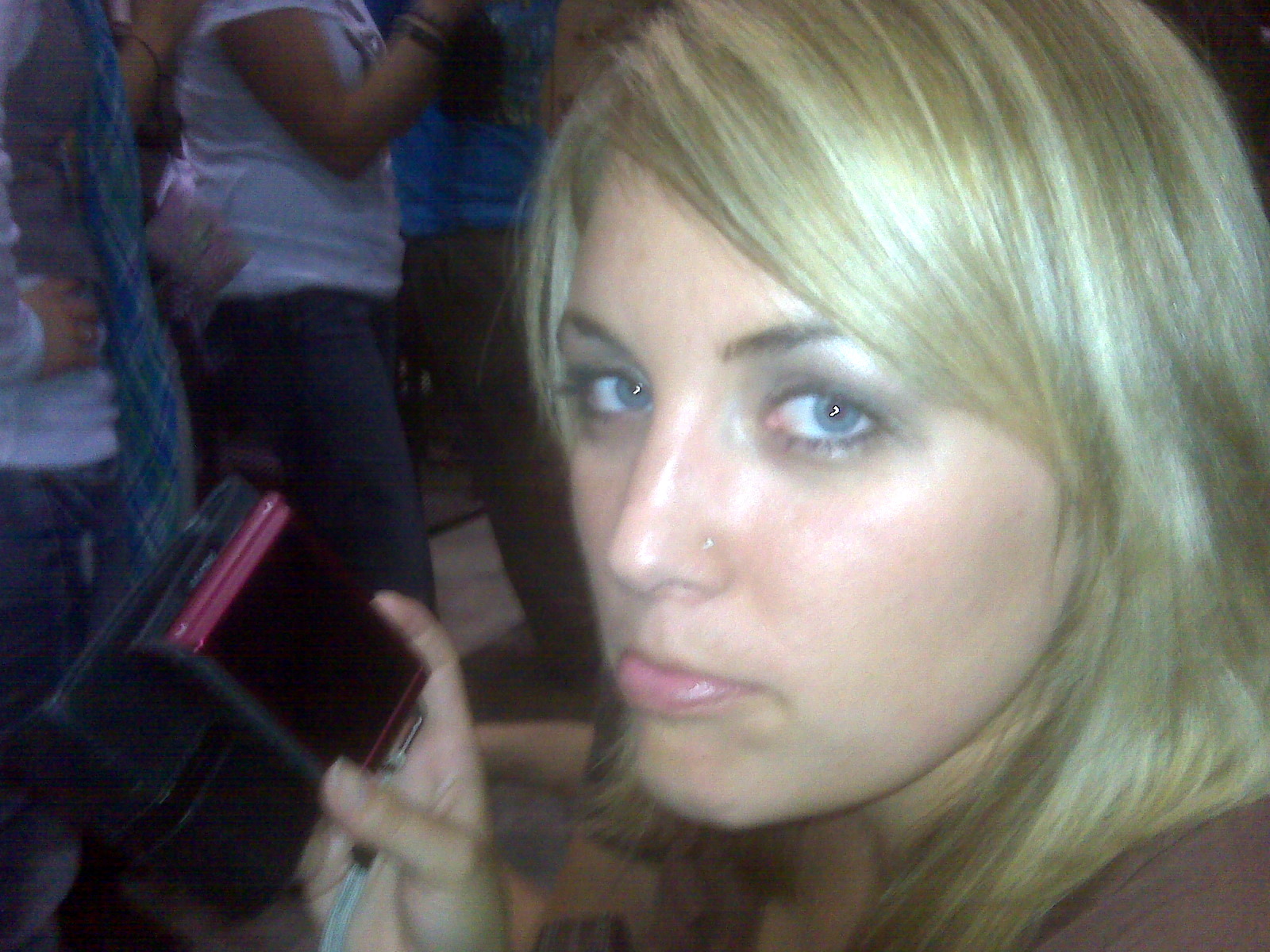 I was worried we’d feel SUPER lame being there and that we’d feel mega old and like parents. Turns out the “kids” sitting next to us were our age too! And as we looked around there were a lot of “older” people in the crowd. I guess since Blink 182 has been around for so long they have some older fans 🙂 I also saw a lot of moms and dads there with their kids and that really brought back the memories as my dad would go with me all the time to shows! 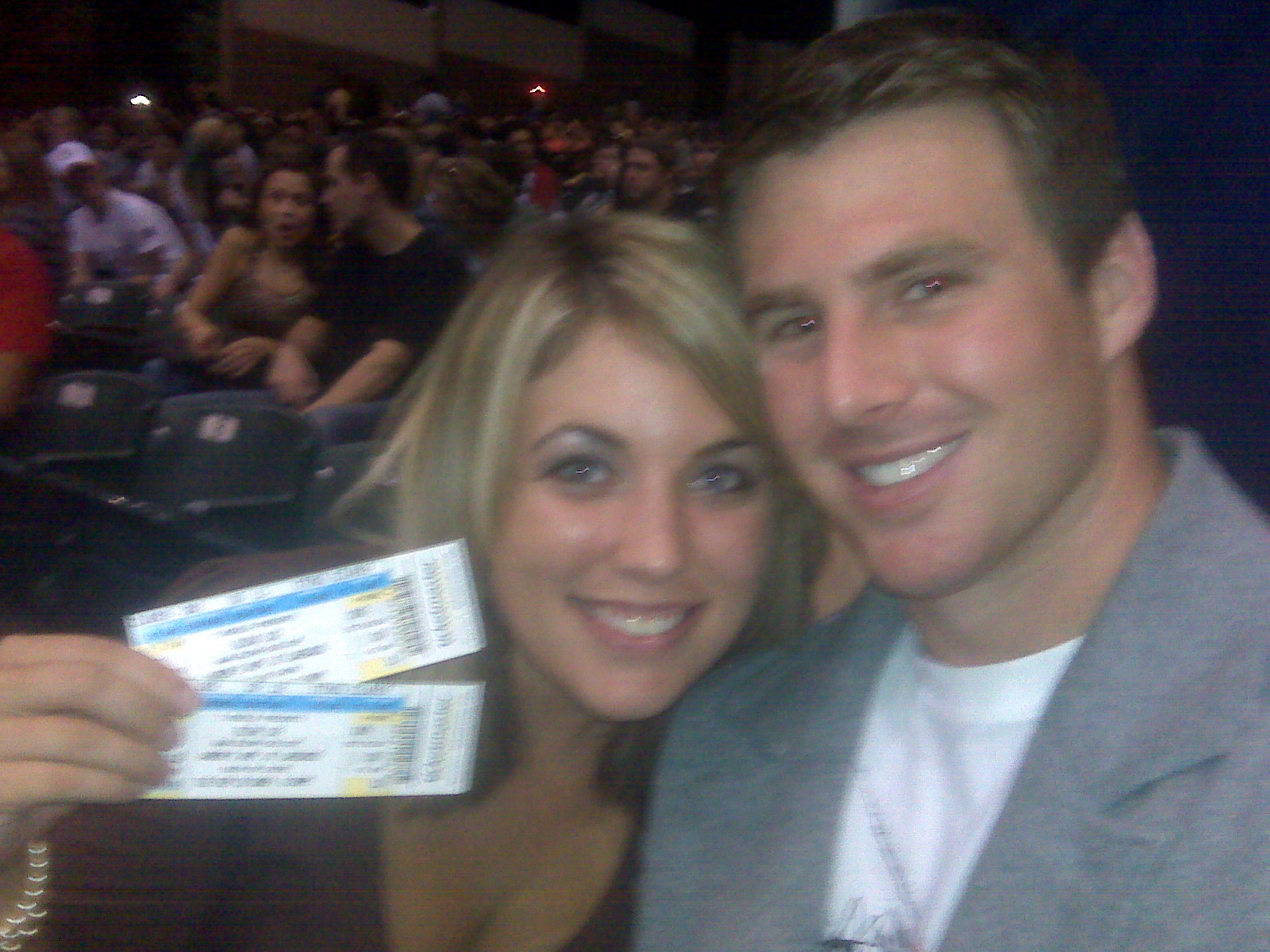 I think Zach was pretty pleasantly surprised at how nice everyone was. We really liked the guys next to us and once the show started no one really bothered us. We had great seats with an aisle in front of us and a gate in front of that so the only issue was making sure people didn’t try to stand in front of us at the gate. Zach did a pretty good job of keeping people moving and only one guy put up a little bit of a fight and security got involved and got him out of there. 🙂

I loved the Tom masks! He’s my favorite!!! 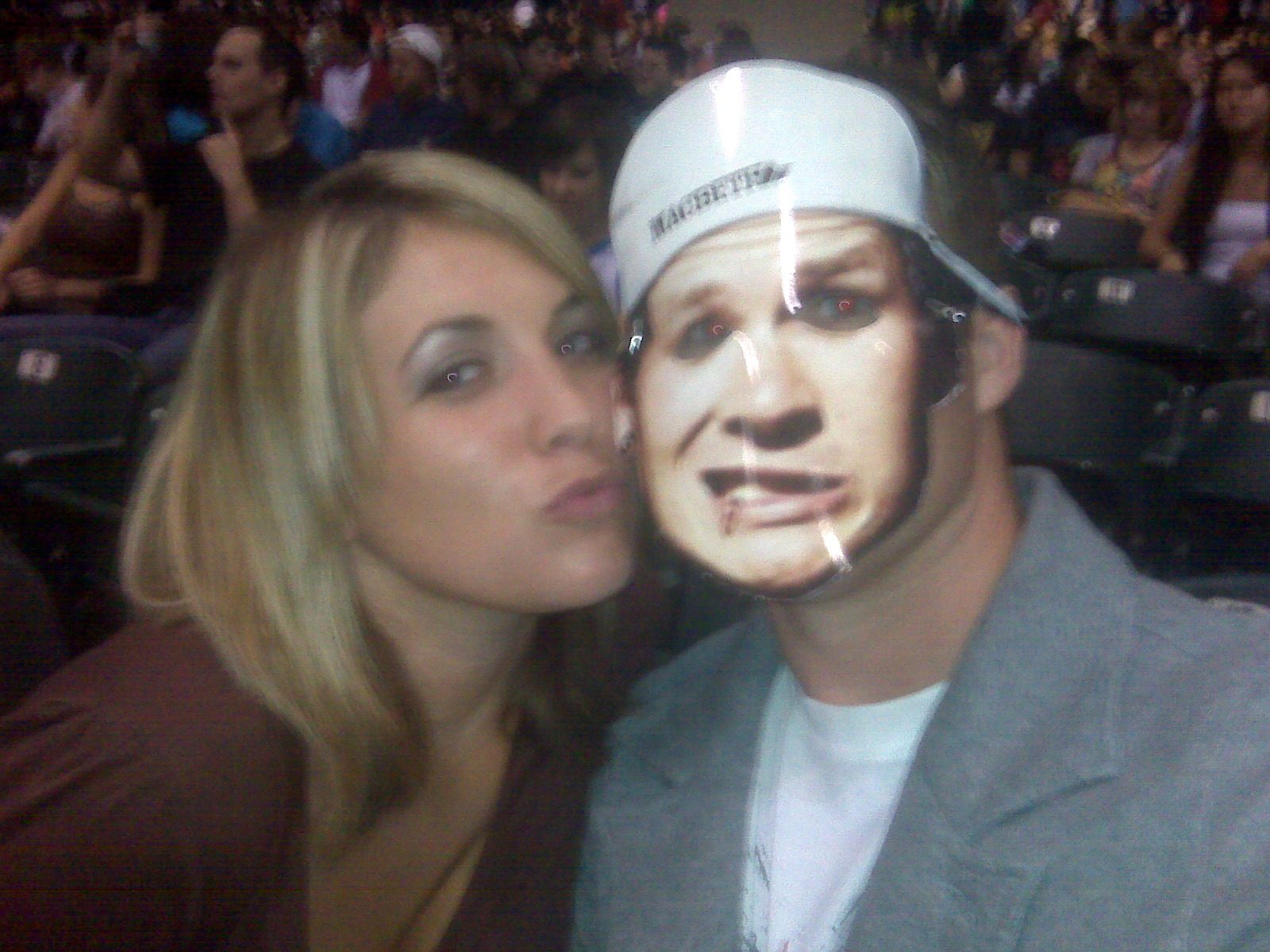 It was nice seeing a band perform when they weren’t trying to promote a new album because they played a really good mix of everything. I had a good time but, like I said, it could have been a LOT better. In the end Zach said he pretty much hated it. He didn’t like how loud the music was and that you couldn’t understand anything they were saying. I kinda thought that would happen 🙁 I hope he gives it another try! I really think he’d enjoy an arena show or something not outdoors as the sound quality is a lot better. I guess my concert going is like his football games…it’s something we both have to do for the other person even if we don’t enjoy it ourselves!

Here’s two of the only halfway decent pictures from my phone of the show: 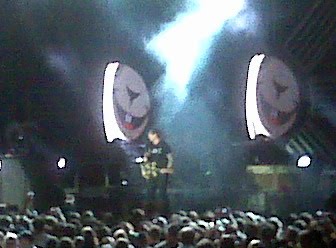 confetti at the end! 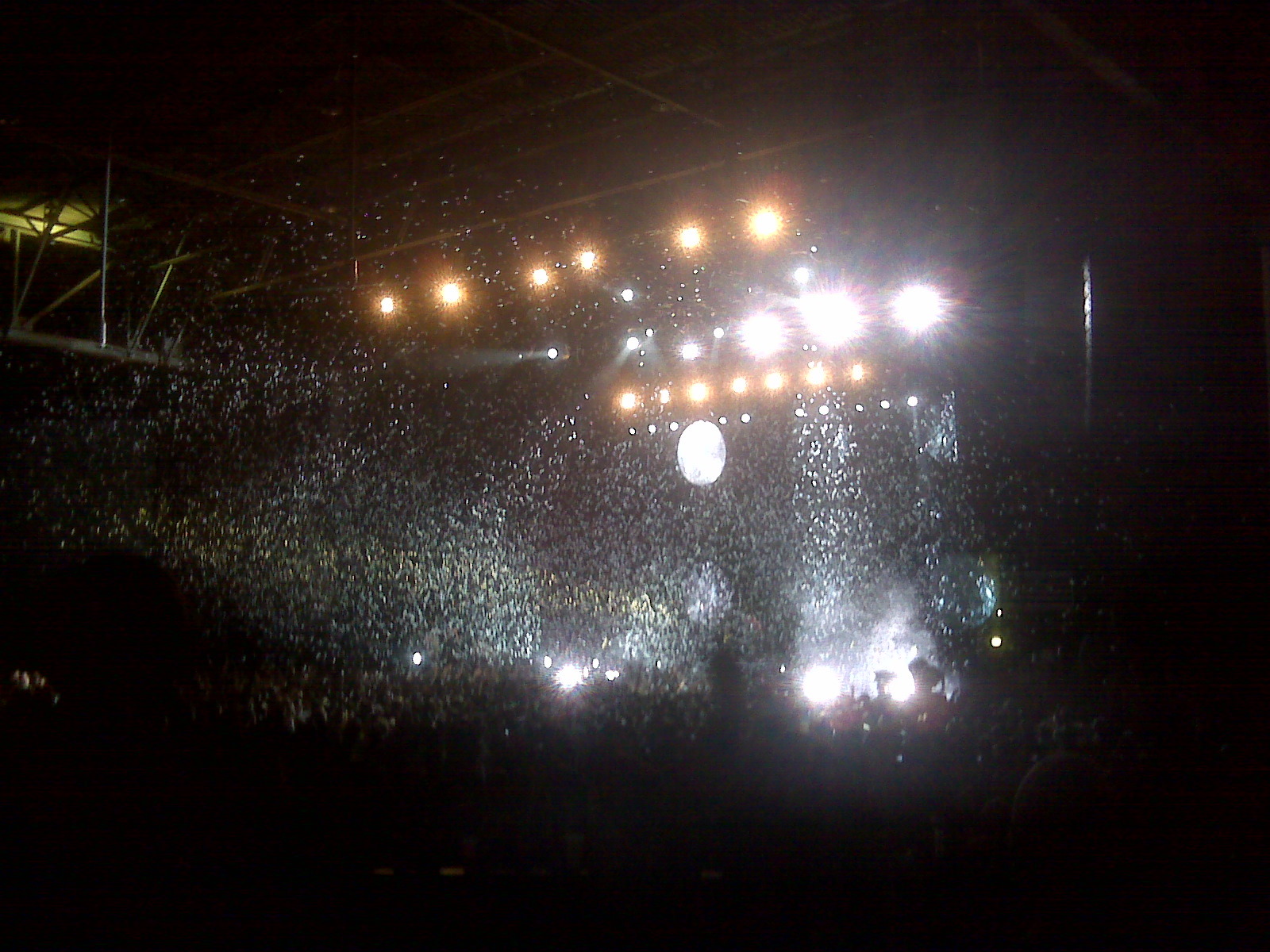