I am anti-shoes for babies. They are pointless (hello they can’t walk) and expensive! Kye didn’t own shoes until it got cold outside. Well his first shoes are getting too little so I decided we needed to get him some NICE shoes. The ones he had originally were $5 each from Old Navy for two of them and then the other pair I got for $4 at a used kids sale. Since he’ll most likely start walking while in his next size of shoes I thought it was a good idea to invest in some that are meant to be comfortable for a new walker.

I have seen some ads on pedipeds and they sold me! They are recognized by the American Pediatric Medical Association as contributing to better foot health. They’ve also won a bunch of awards for being the best children’s footwear! All their shoes meet the “shoe requirements” outlined in What to Expect the First Year. I was not too pumped to find out the prices and when I told Zach about them he was worried they’d look “gay.” When I checked out the website, however, I was pleasantly surprised! Yeah the shoes are expensive but not as bad as I was picturing (I know baby Nikes and such run over $30!). They are currently having a special on some of their shoes so I was able to get him two pairs at $23 each. I didn’t know if they would be considered “gay” by Zach’s standards so I was nervous when I showed him but they passed the test! They are “hedero” enough for our son 🙂 I was also excited because instead of having to buy him a tan pair and a brown pair they had shoes that have both brown and tan on them! We went for that pair and a navy/gray pair. I already bought him some black dress shoes (on sale at Gymboree for $6) that he can wear the RARE times he actually wears black (so annoying but they just don’t make black for babies for some reason?).

I wanted to make sure to get Kye a proper fit so I printed off their shoe size guide. I looked in Kye’s current shoes and realized the kid was wearing a 0-6 MONTHS! haha! He’s in 12 month clothes but 0-6 month shoes! I couldn’t believe it! We measured his foot and he is still right about at the 0-6 month (XS!!!) size. I called them and told them where he was at and they told me to go ahead and get the SMALL which is 6-12 months!!! 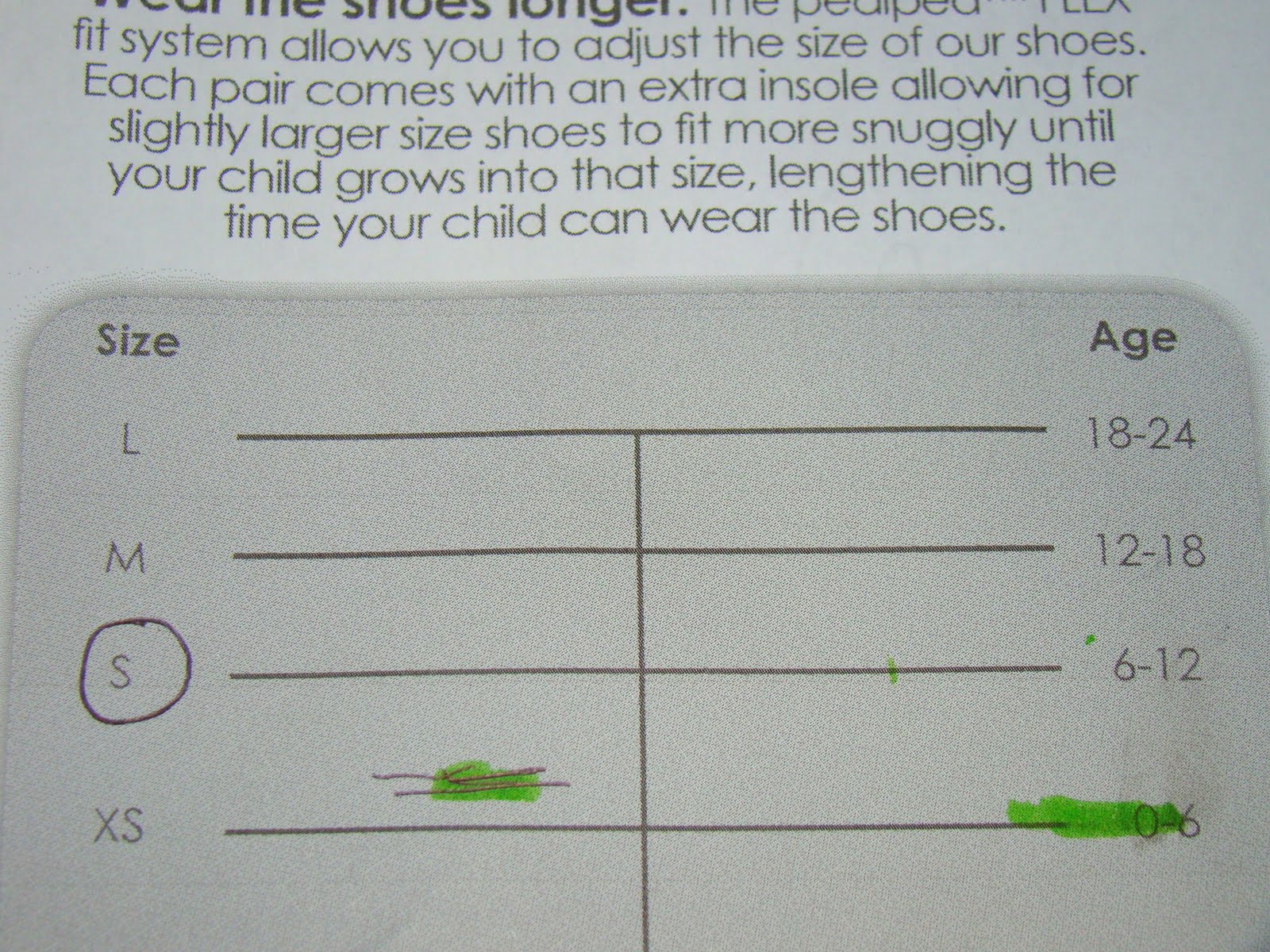 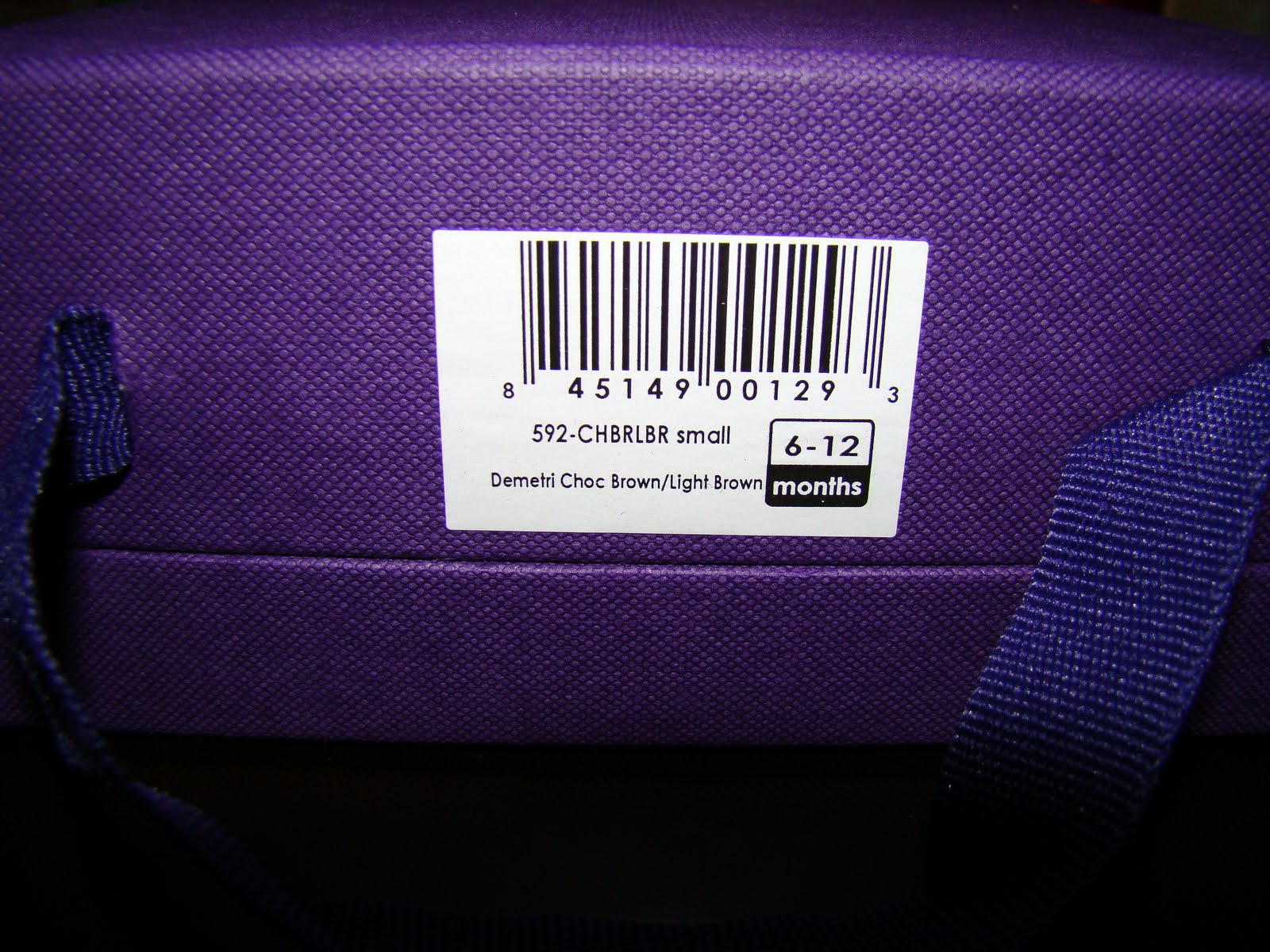 They were so nice on the phone and the order arrived so quickly! I really like them!!! They are completely flexible and seem to be comfortable on him. He has plenty of room to grow in them but they are not too big either. My mom also told me that the opposite velcro feature is great because the kids can’t get them off as easily. So that’s a bonus! Aren’t they cute??? 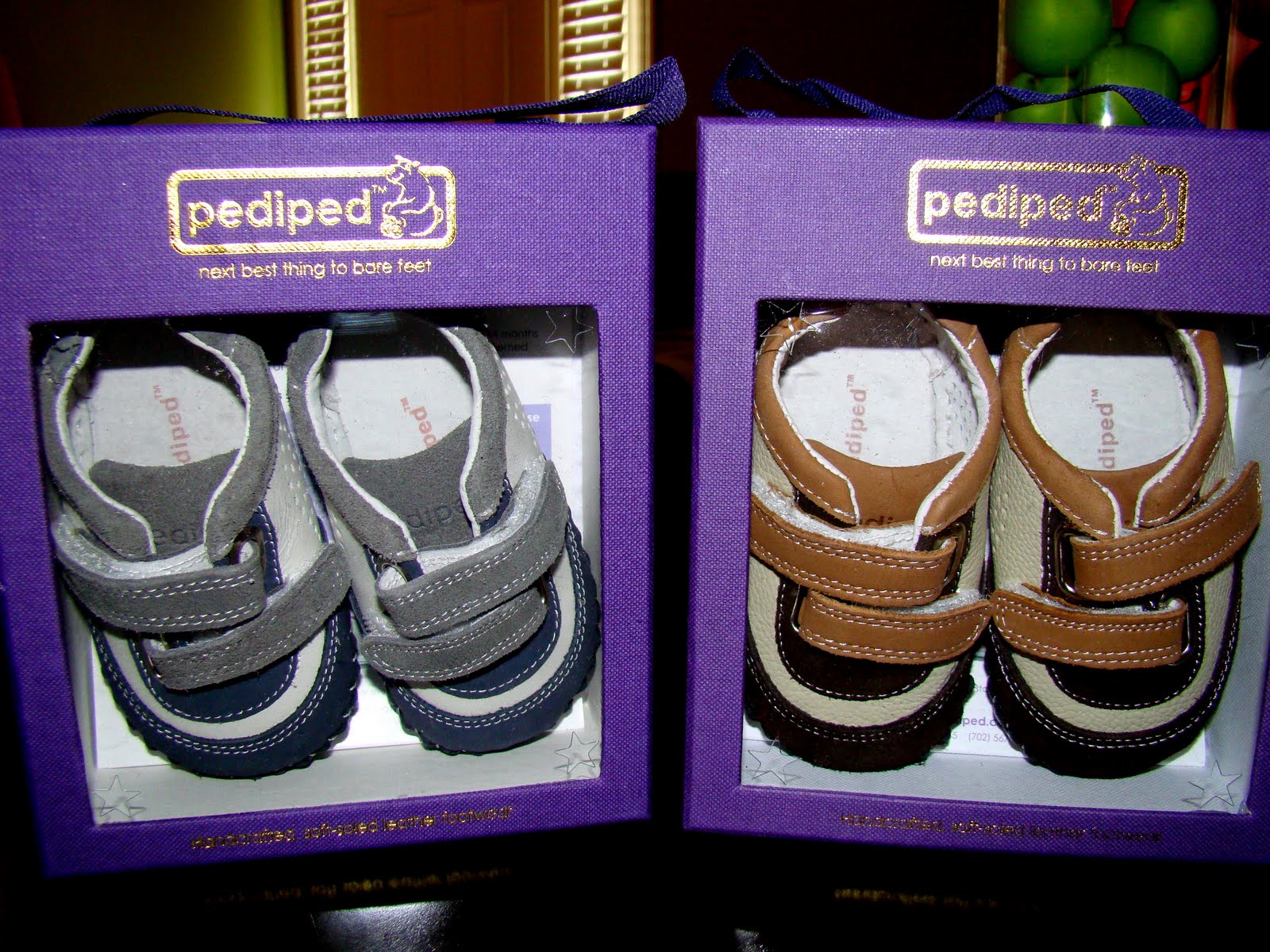 While Kye isn’t a walker yet I do have to recommend these shoes. You can read all about them on their website but I’m very impressed with the construction and do believe their slogan that they probably are the “next best thing to bare feet!”

In the meantime I’m wondering if Kye will go through a sudden foot growth spurt? Is it not crazy that his feet are so little? I told Zach that if kids are anything like dogs that it’s probably a bad sign…small paws as a puppy equals little full-grown dog!I also think the small feet, tall body, big head issue may make him take longer to walk. That’s tough to balance all of that on those little feet!!!