Whew! I was pretty worn out from all the fun of the first part of Day 4 on our trip, but I had to get re-energized for Part II. Before meeting up with all the Aflac people, we took some pics from our balcony of our room. 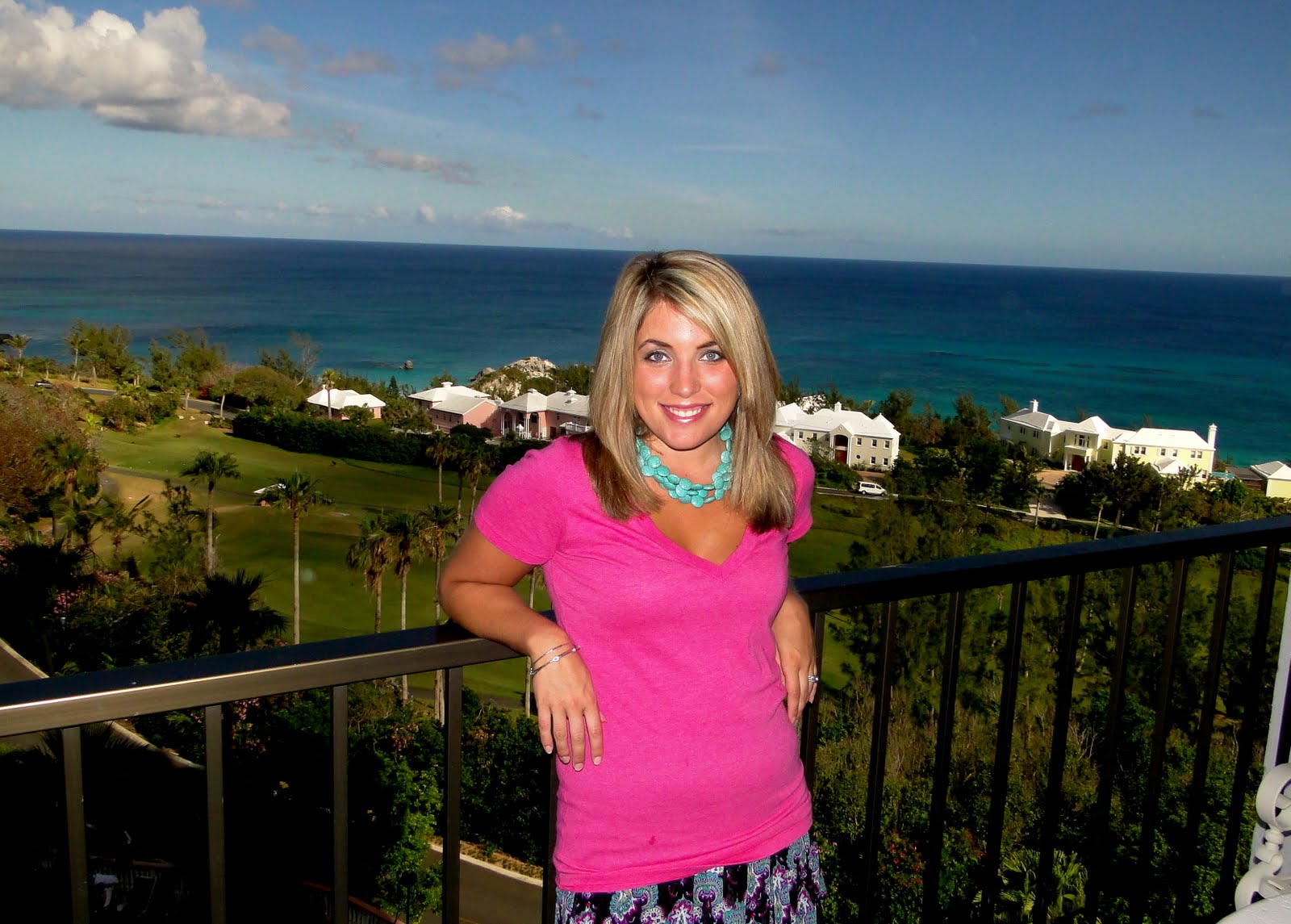 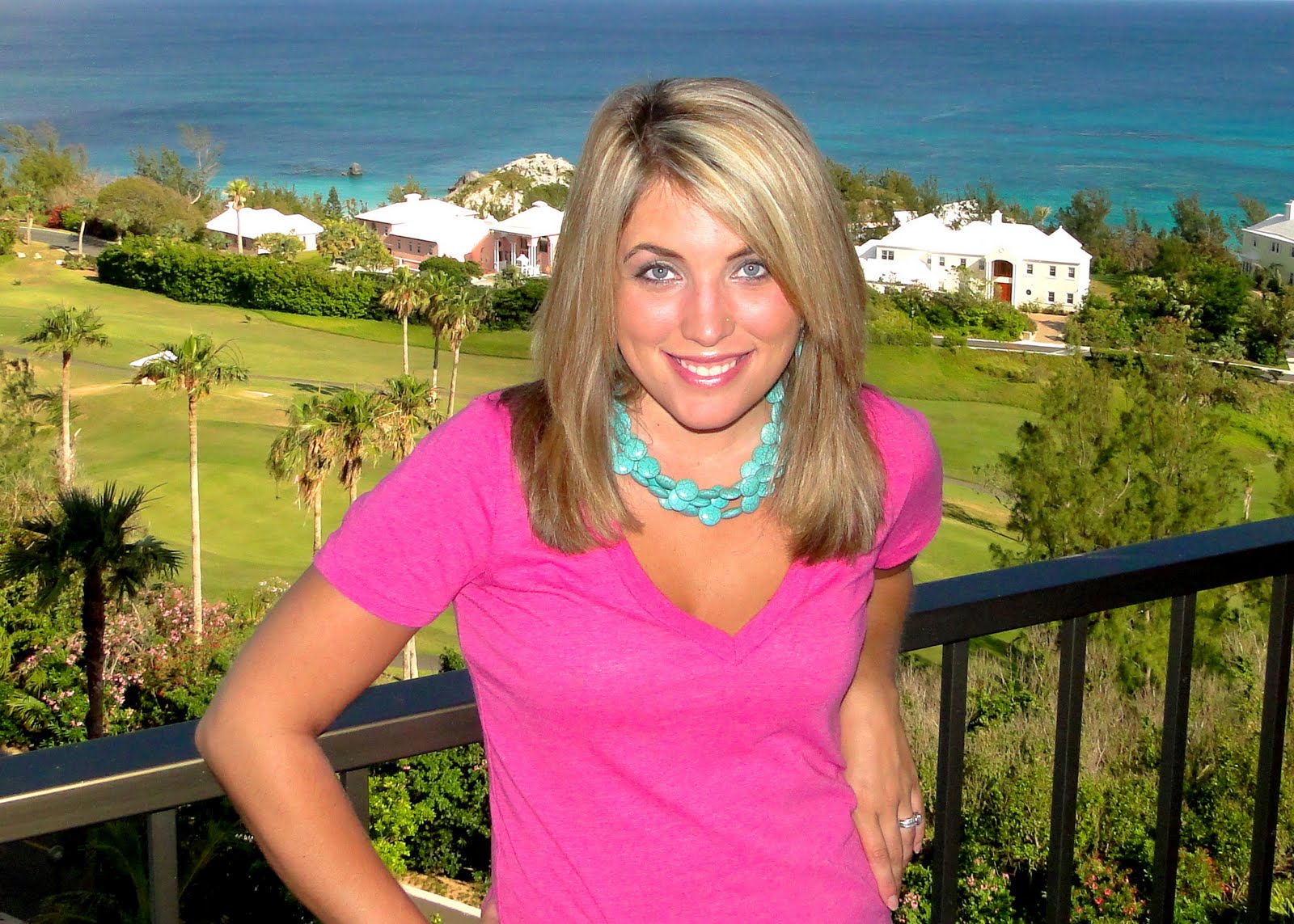 We took a cocktail cruise over to the Royal Naval Dockyard. It was a really pretty ride over and the food was sooo yummy. They had coconut shrimp and crab cakes so my seafood craving was well met 😉 We also had some interesting conversation…I’ve mentioned before the lady who gave birth to her child on her own in her tub? LOTS of afterbirth jokes were made for the rest of the night after that convo 😉 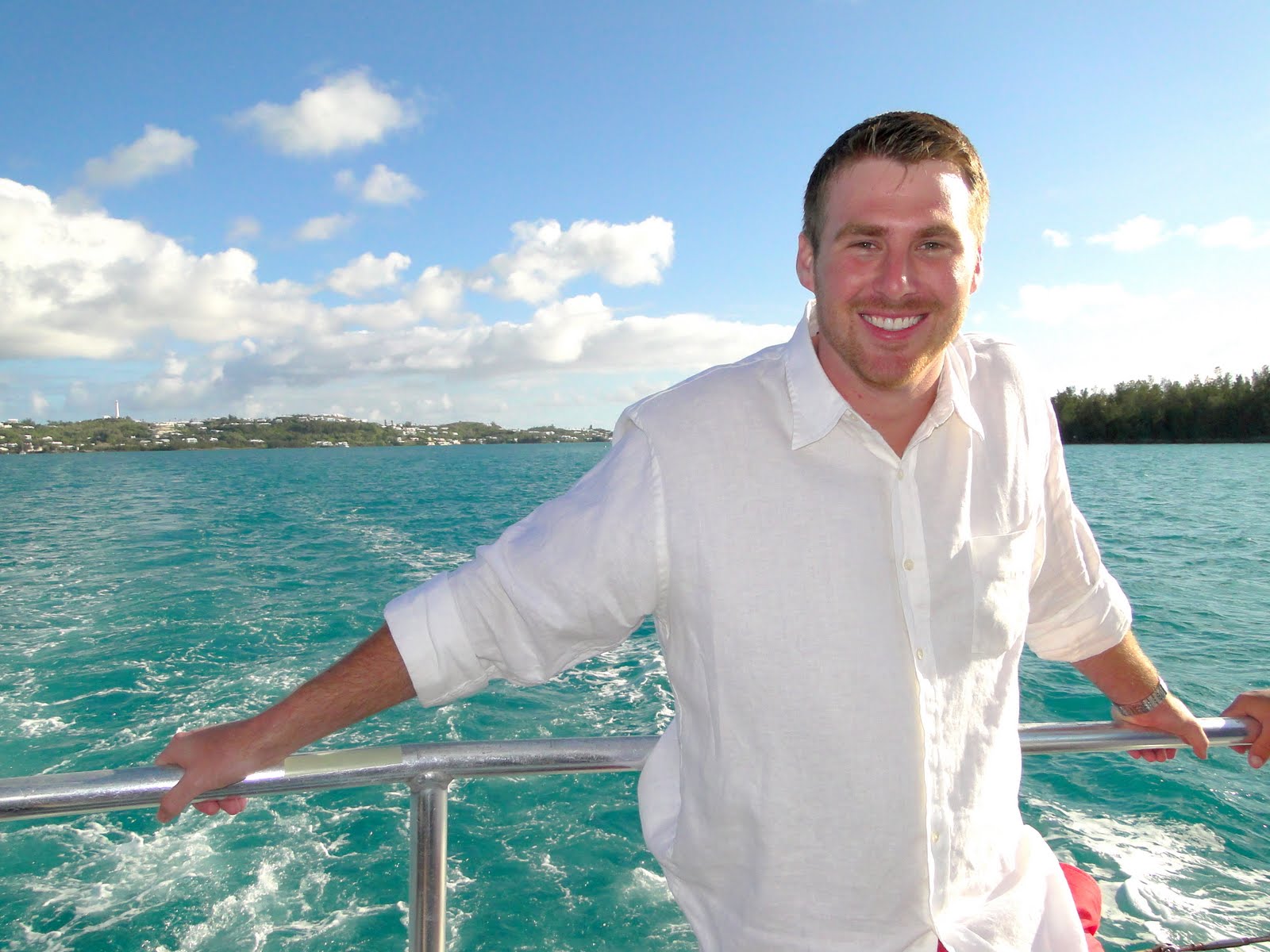 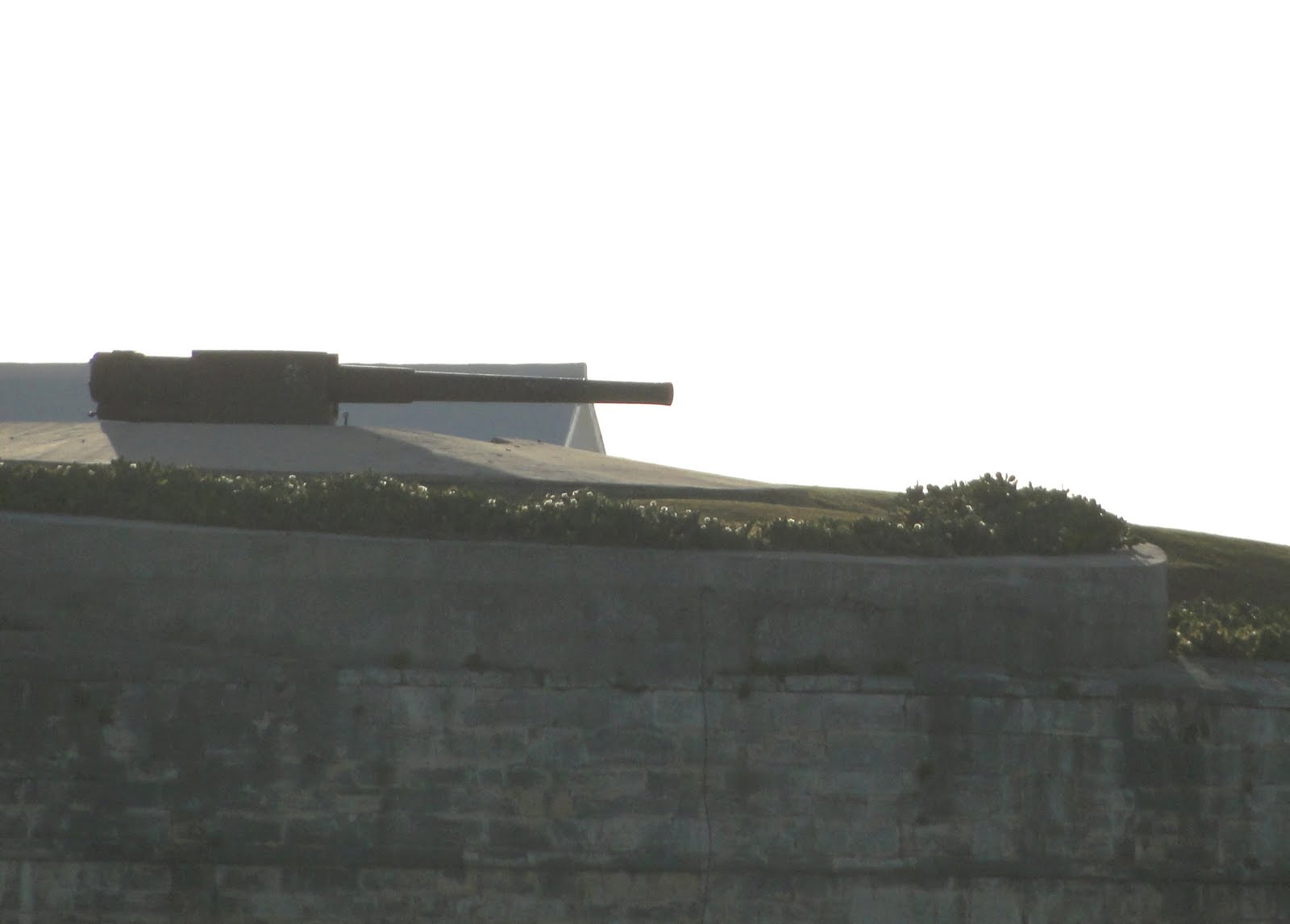 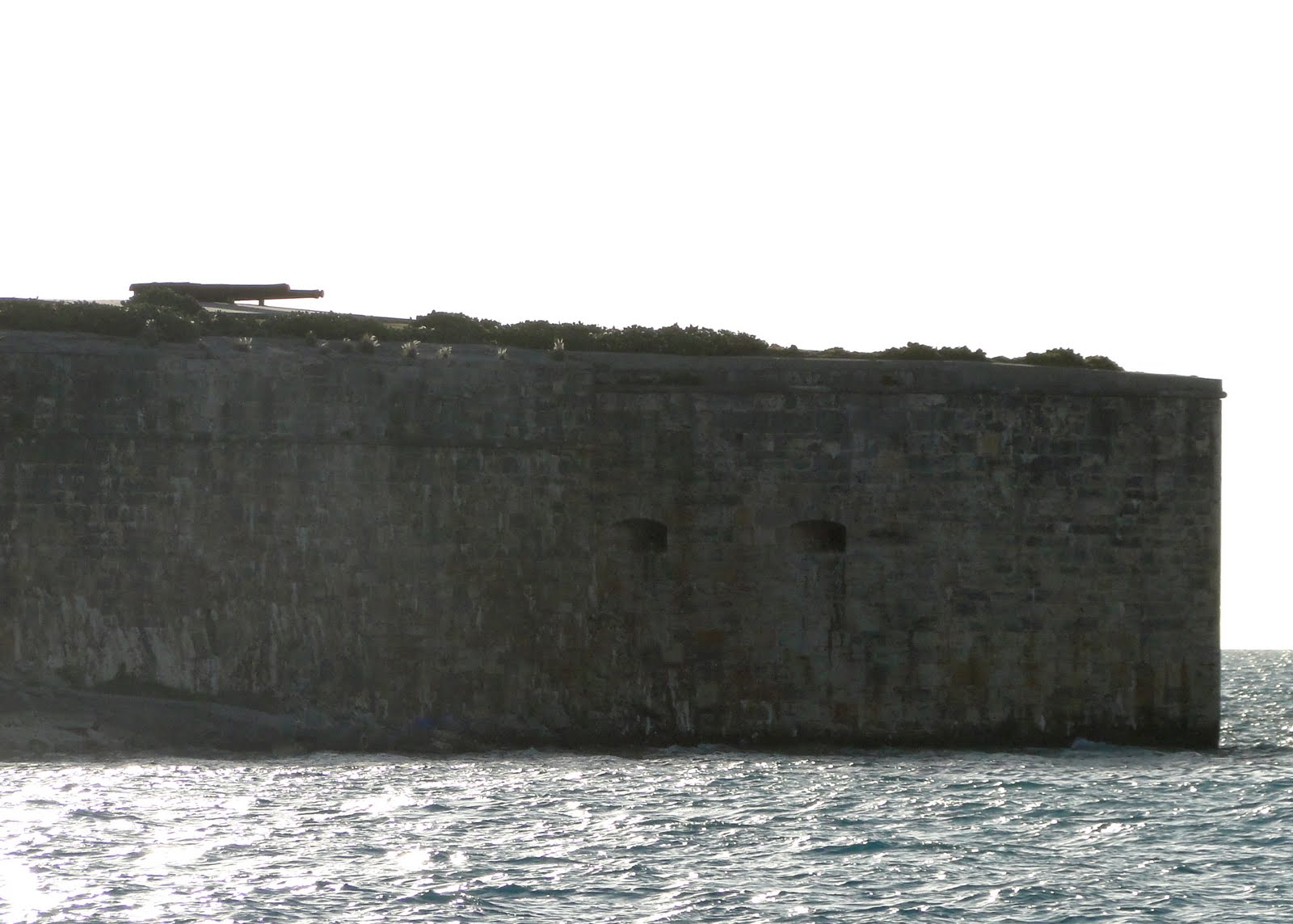 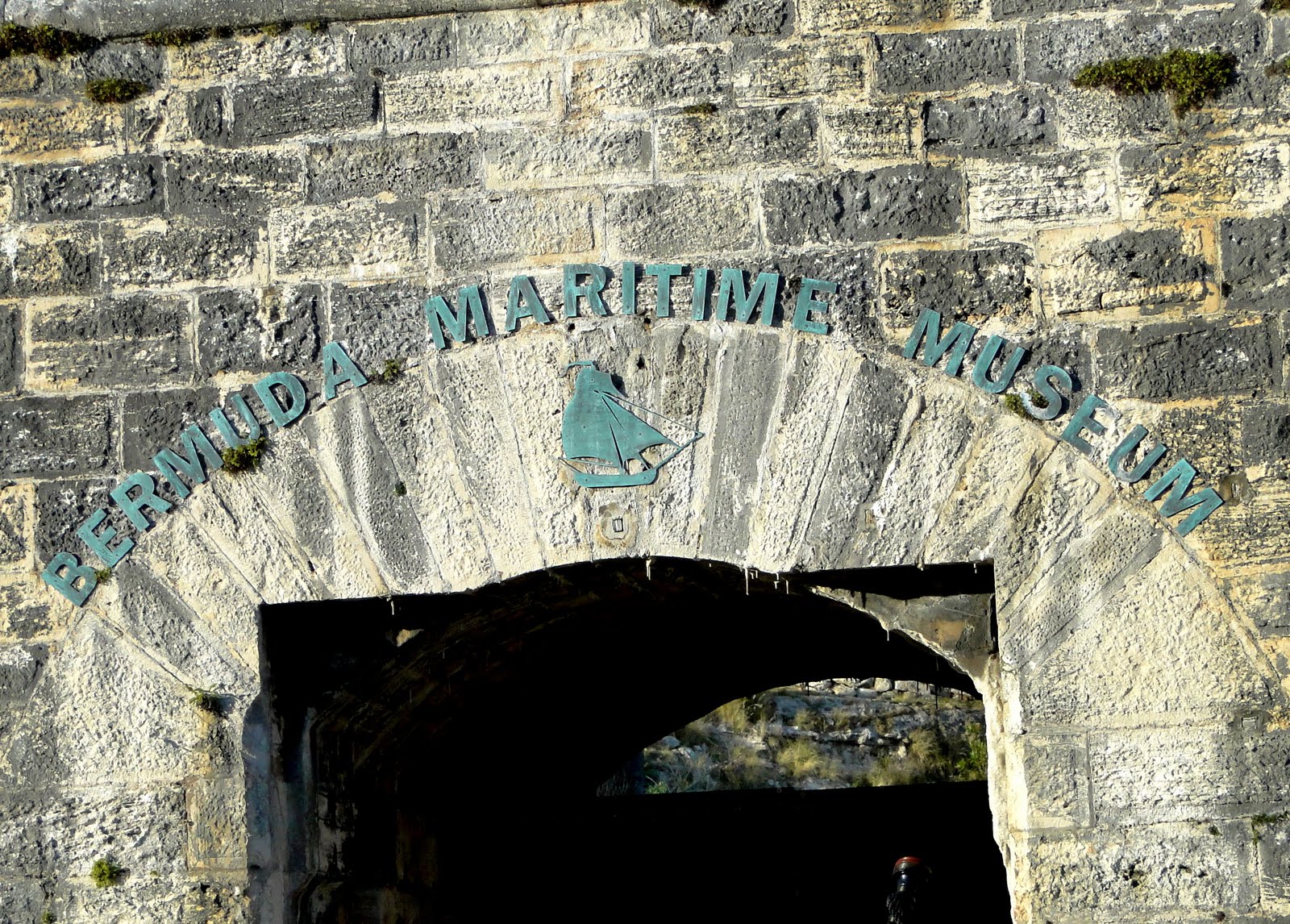 Greeted with some guys playing the bagpipes 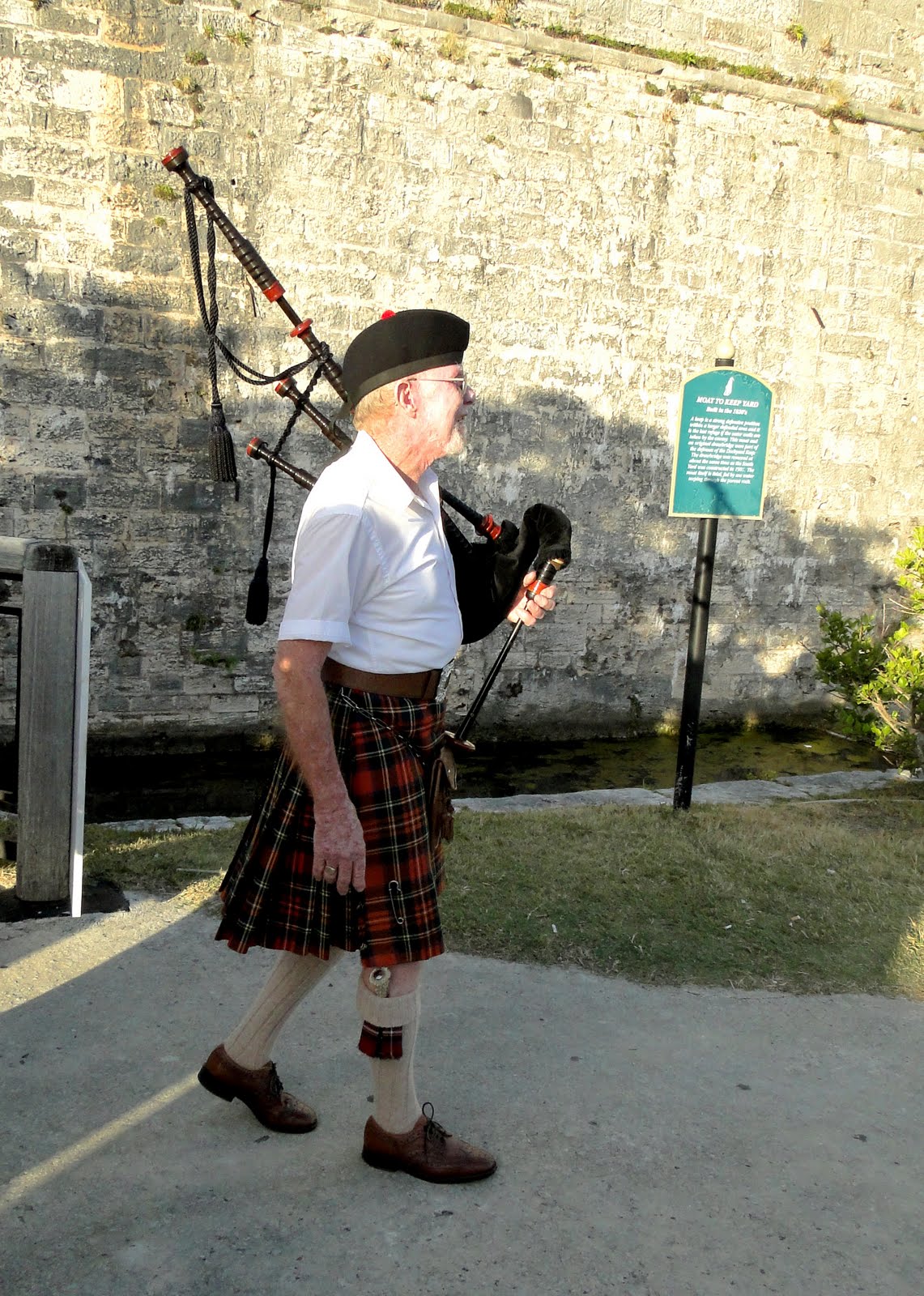 It was so fun and festive! This guy was the Court Jester and was funny cracking Aflac jokes and hitting on the ladies 😉 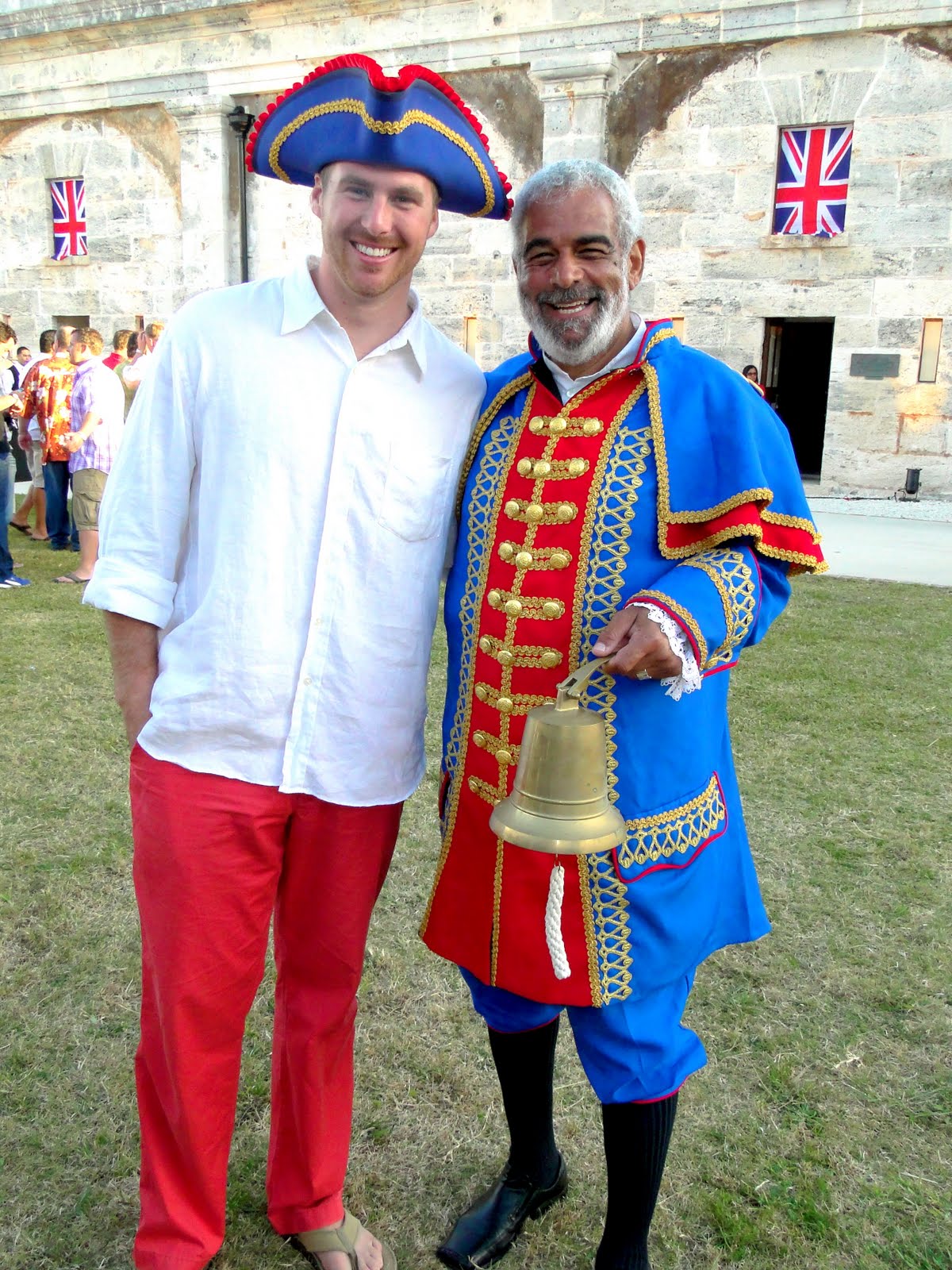 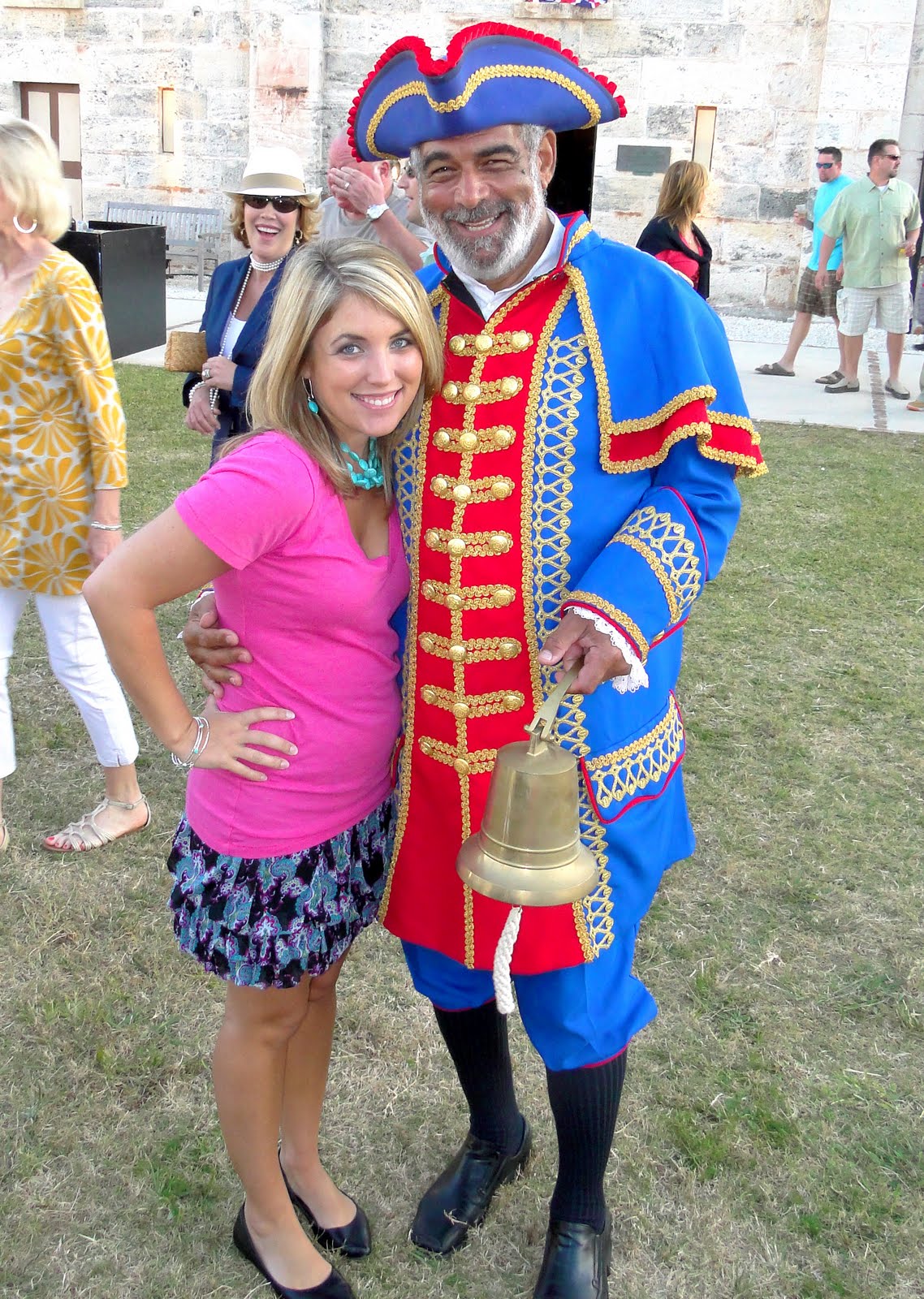 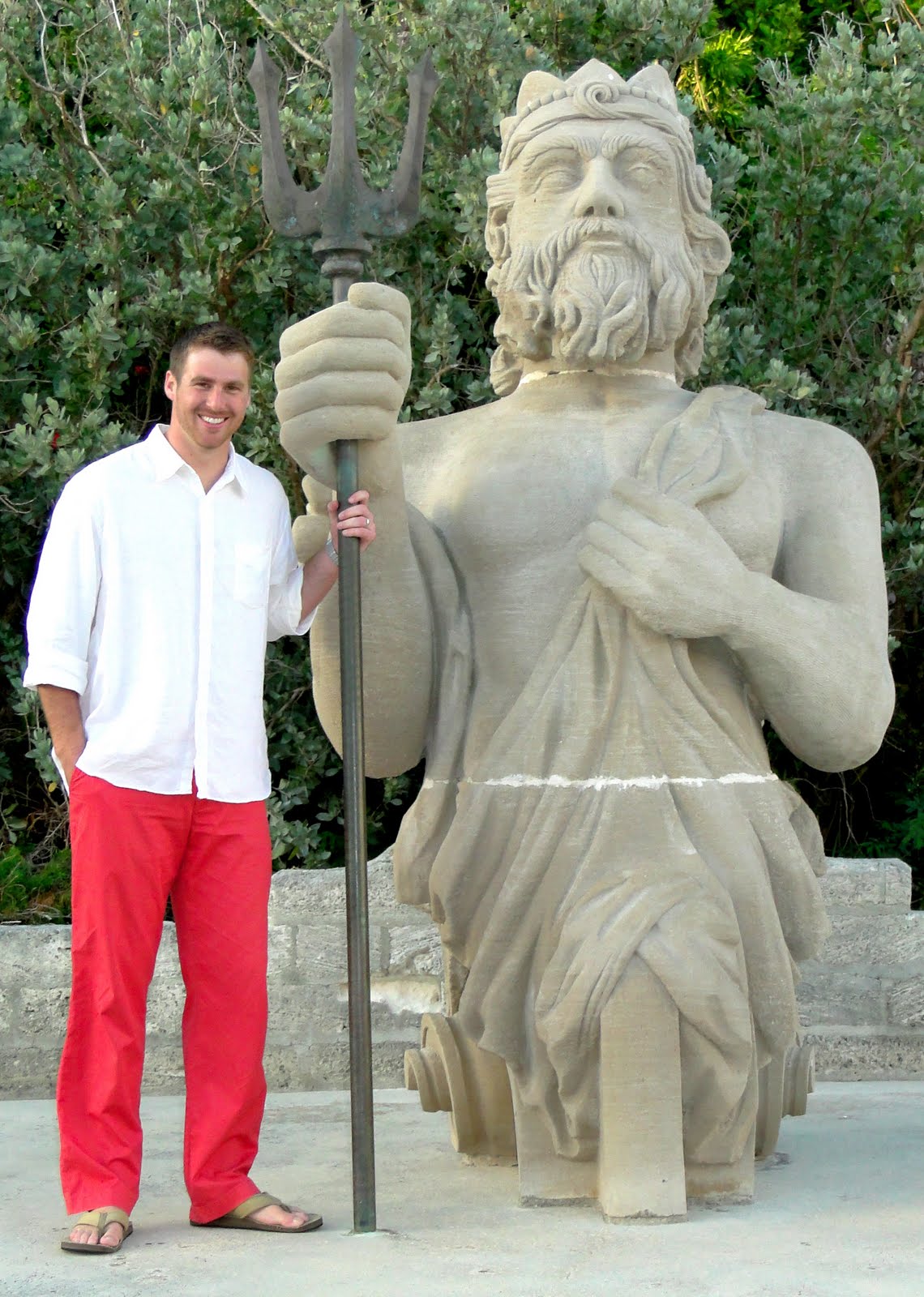 Dinner was under HUGE tents and was very pretty. We sat with all the Ga-S crew and had a blast just laughing and talking about the Alaskian Cruise next year 🙂 It was a nice way to end the trip for sure! After eating there was a list of optional activities for us to do around the dockyard. We got the inside scoop that the Commissioner’s Manor (which Zach kept calling the “governors mansion”) was the coolest so we did that first.

Our tour guide, he stayed in character the whole time 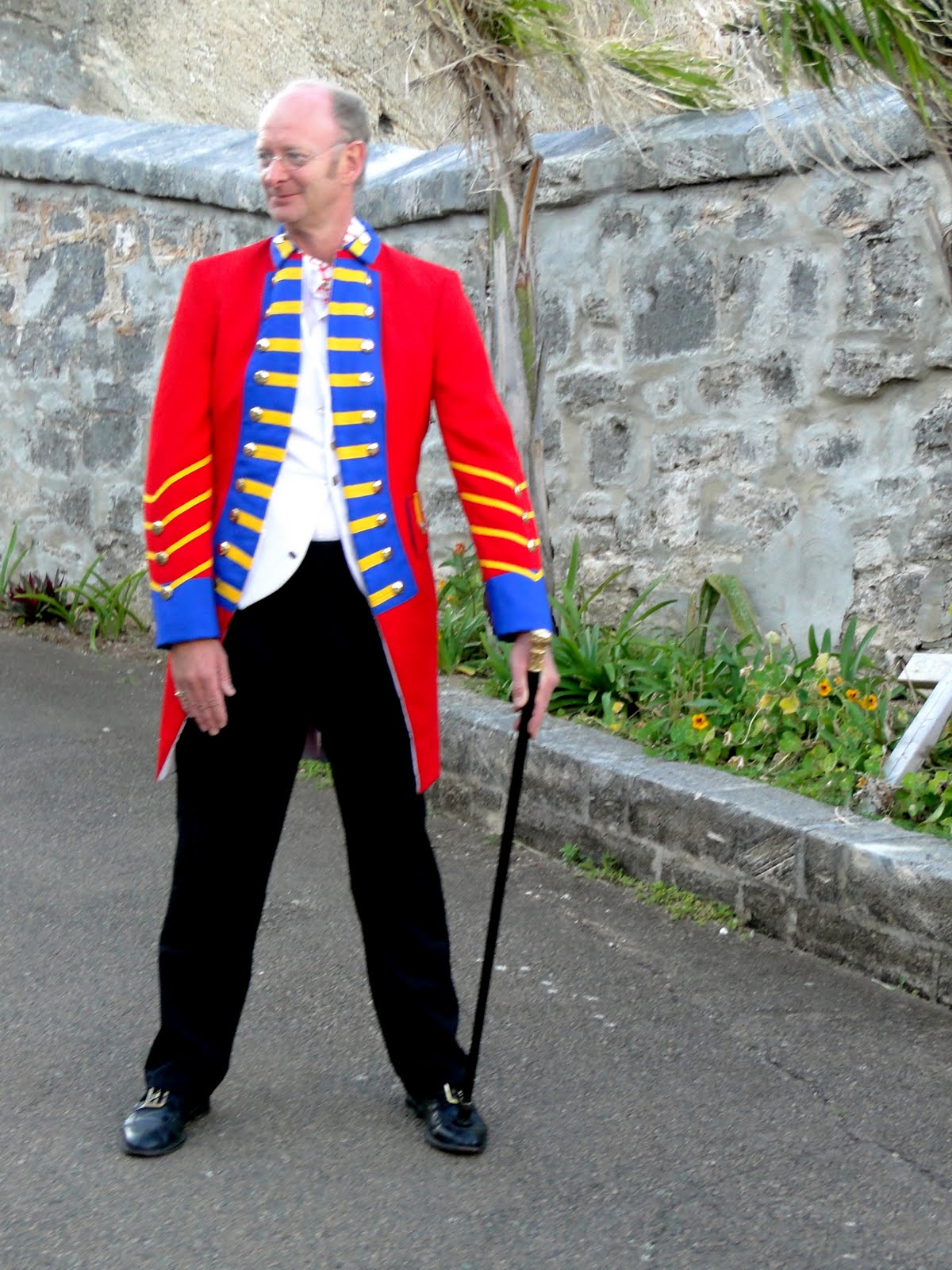 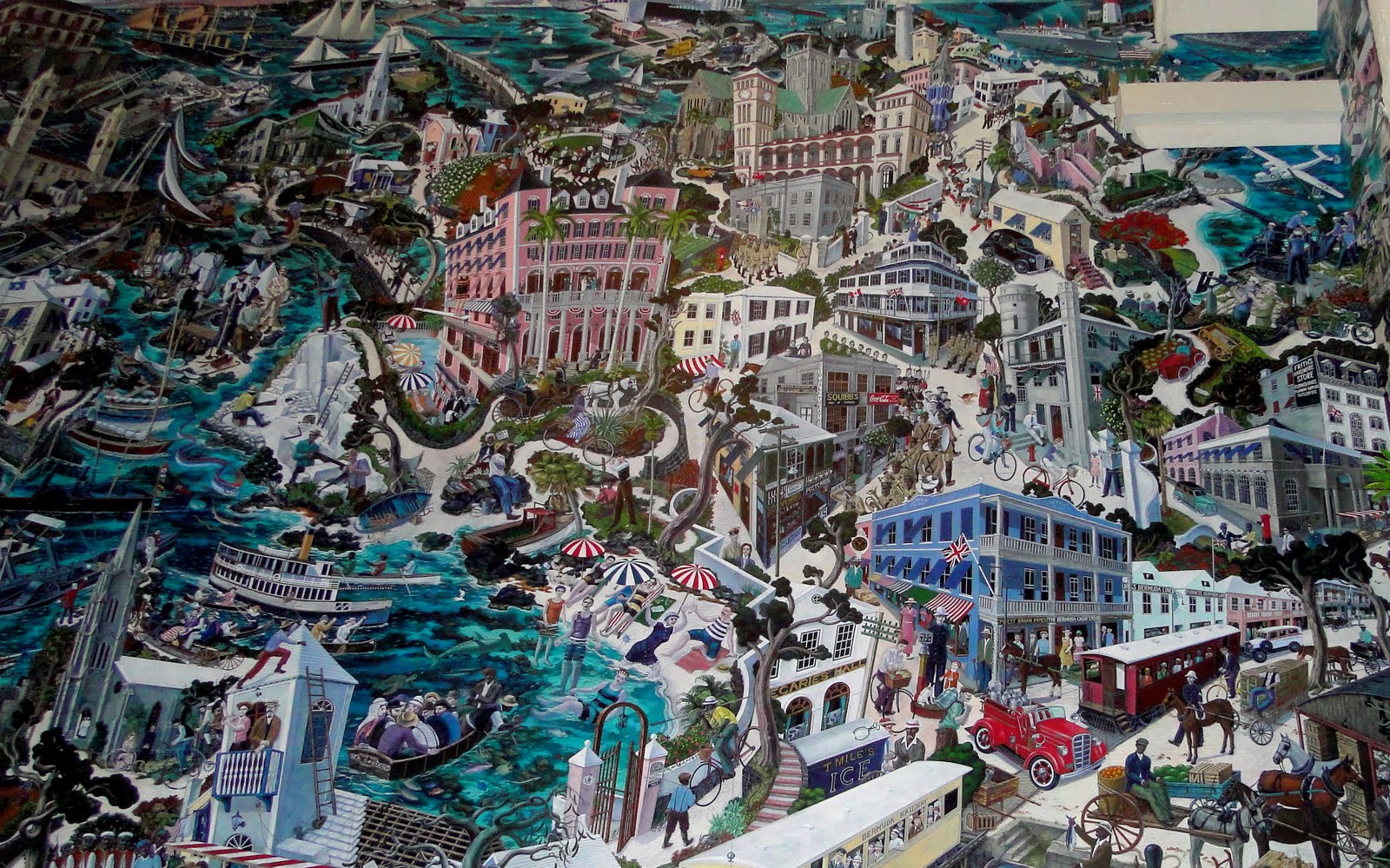 Impossible to get the whole thing in one picture!

Zach took this picture of a picture but I’m still glad he did! This is the Bermuda national bird and it’s called a “longtail” (fitting huh?). What’s so neat about it is that it doesn’t have any feet or legs! It never lands but does everything in flight, including sleeping and mating. Cool huh? 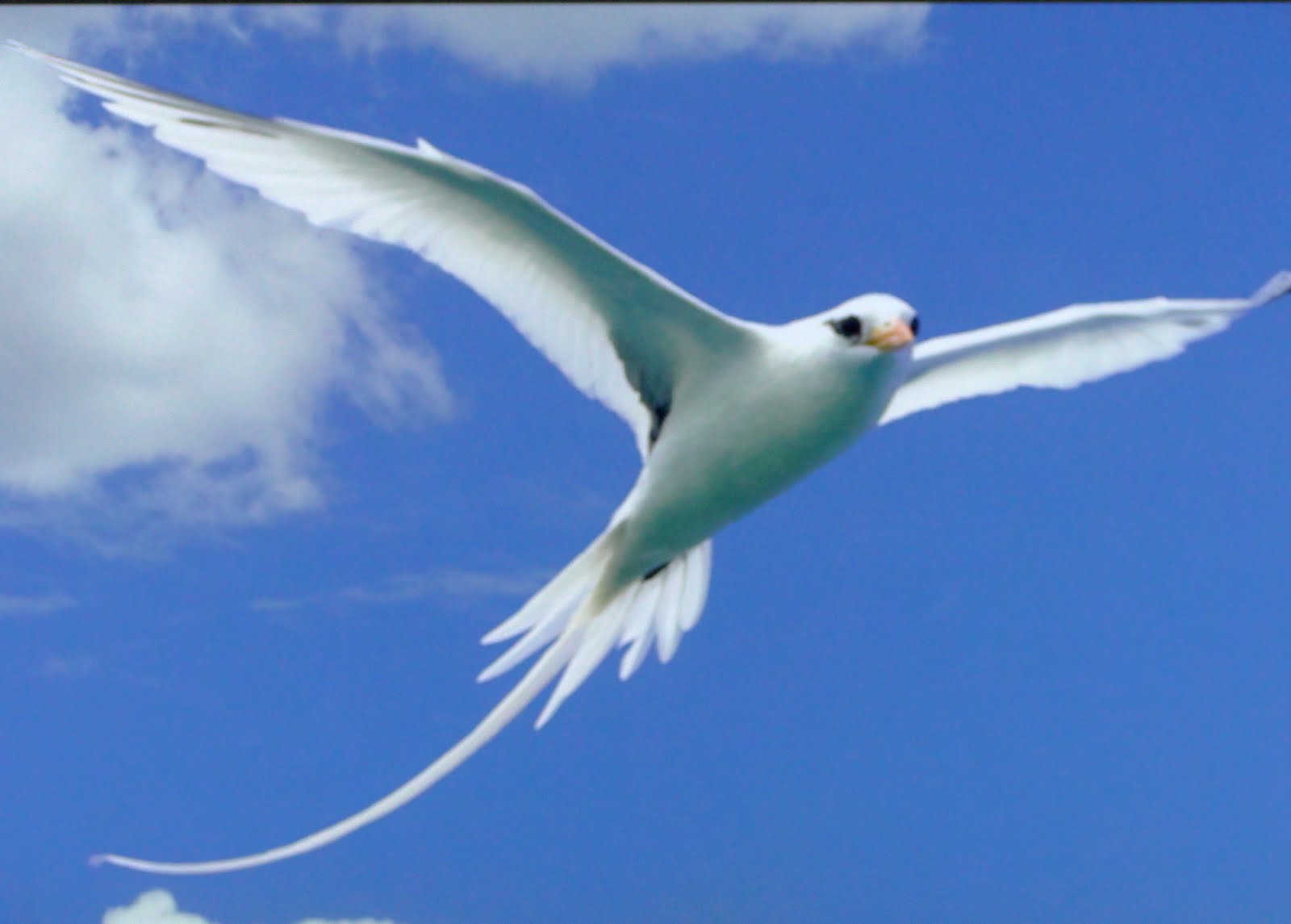 view of the tent where we ate dinner 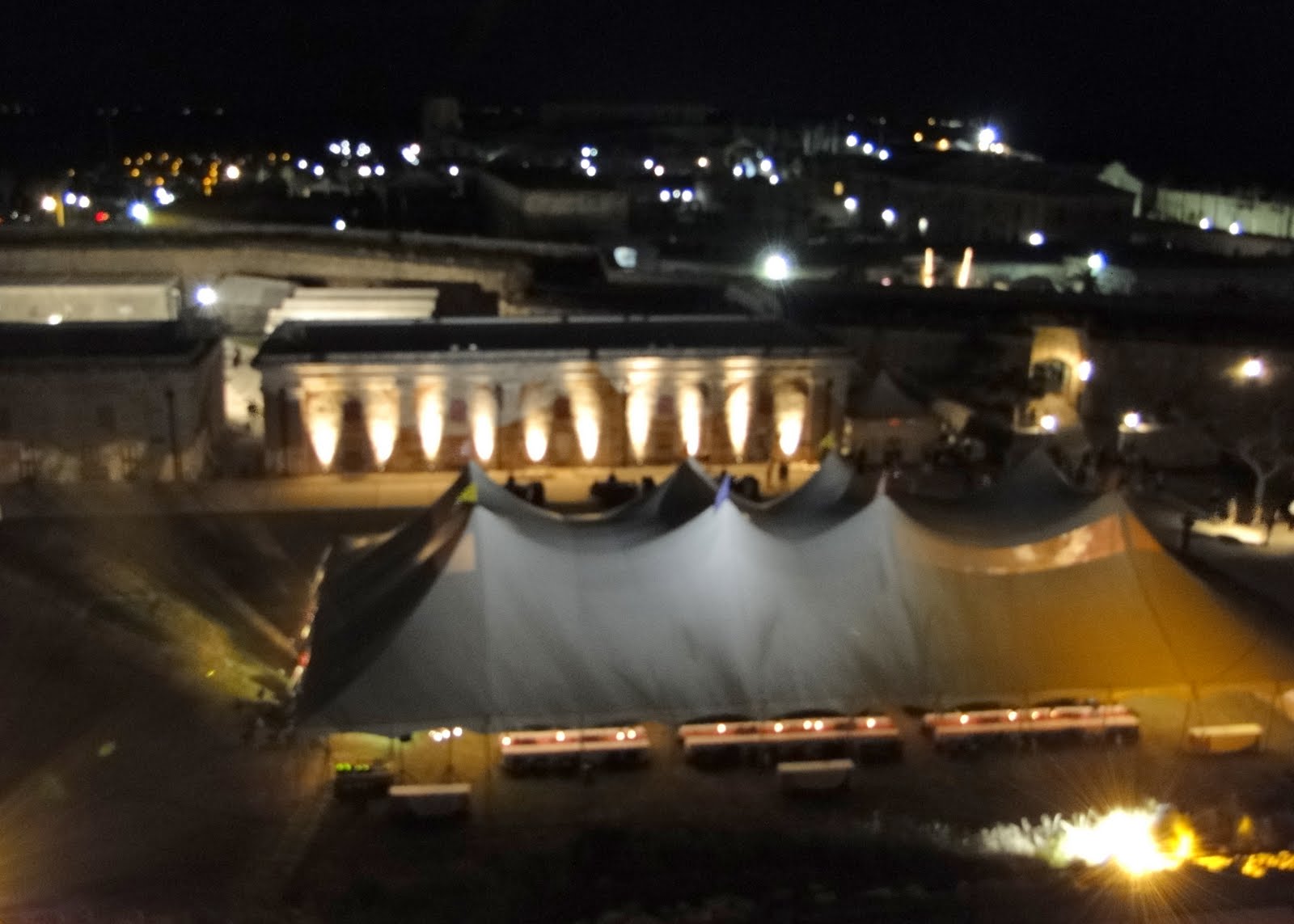 (When I first looked at this picture I was like “who in the world are those too people on the far left???” Then I realized that Paul Amos, the COO and son of the CEO of the company, jumped in our picture! How neat is that?) 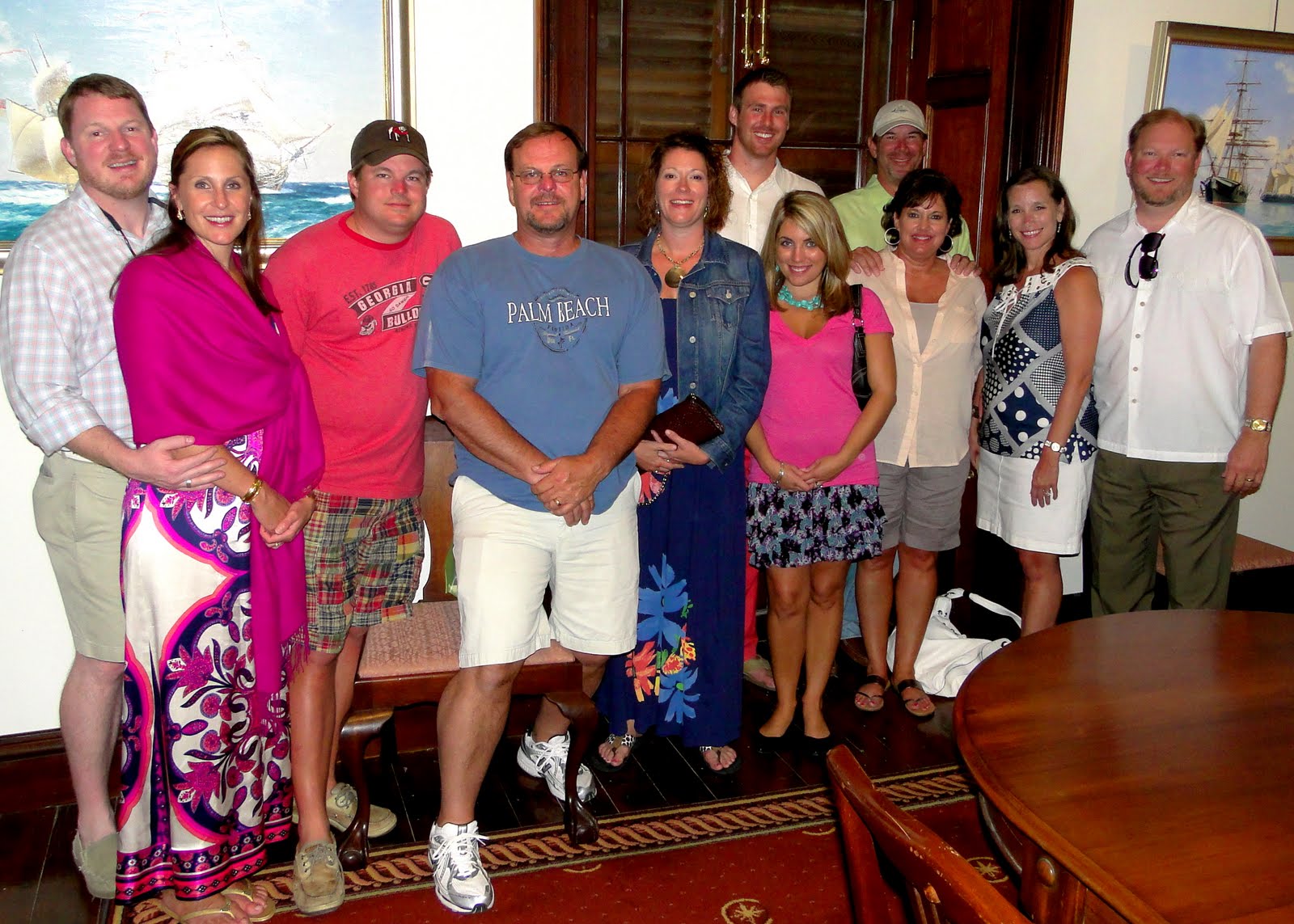 Checking out the cannons 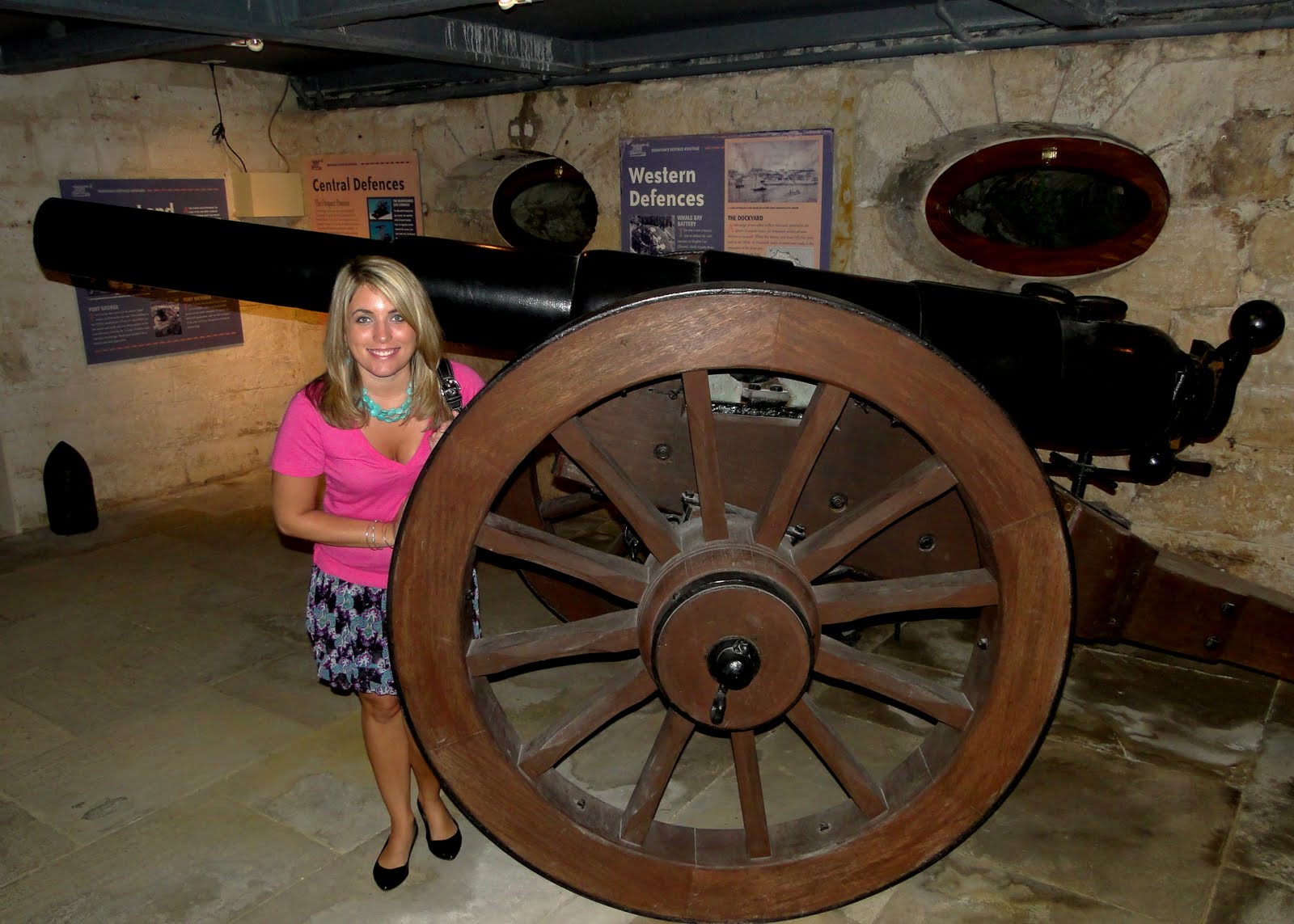 It was pretty chilly out there and I was not properly dressed for the weather (it was a theme of mine that week!) plus it was our last night and I really wanted to get some good sleep before heading home so we decided to skip the other activities (horse drawn carriage ride, historical lantern stroll and creatures of the sea show) and head back. We got in the line for the buses and it was SO long that we ended up hoping on the horse drawn carriage to wait it out. Once we got back we hoped right on a bus! It was really neat b/c we happened to sit behind Paul Amos on the drive back and Zach got to speak to him (about…what else…football!). Once we got back to the hotel Zach introduced himself and me to Paul and Paul knew who he was already, I thought that was pretty awesome and it was neat to see the future leader of such a HUGE company be so down to earth and to actually know the people who work for him! Again, I’m always impressed with Aflac!!!

The morning we left we ate our standard candy breakfast then headed out to the pool for a couple hours. We decided to order room service for lunch and I’m SO proud of us. We managed to come to Bermuda with $400 spending money (thanks Aflac!) and leave with $80! Including Zach playing golf. Pretty amazing considering how expensive everything was huh? Getting room service and watching The Office

was a fun way to end the trip. 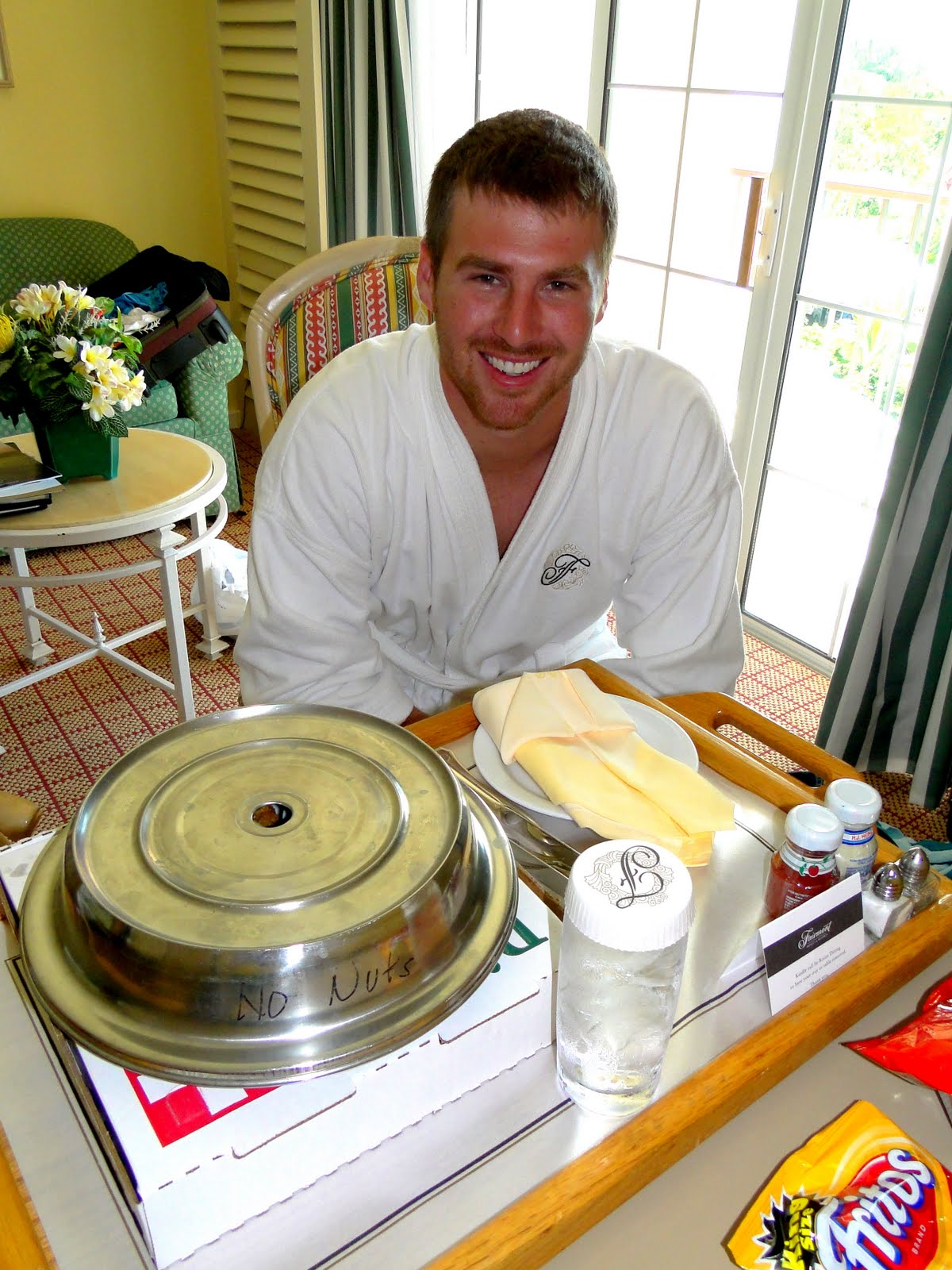 We left the hotel at 1 and our flight was heading out at 3:30 we’d have a short layover in Atl and catch our plane to Valdosta at 8:30, be home by 10. It was a pretty good travel itinerary…until we got to the airport. Right when we got there we found out that the plane that was supposed to take us to Atlanta had mechanical issues and was already delayed until 6:30!!! That meant we’d be chillin at the tiny Bermuda airport for 5 1/2 hours (at best) and we’d miss our flight to Valdosta. Delta offered to put us up in a hotel in Atlanta that night and then let us catch the plane back to Valdosta at 10 the next day. Um no. It’s a 3 hour drive to Valdosta…that’d be stupid to go through all that hassle for 3 hours.

For our first time ever we RENTED a car. Randomly the airport had wifi so I googled for deals and found a Nissan Versa for $60. We ended up not leaving Bermuda until 7. Luckily they did give us free dinner at the airport (we joked that the free food totally made it worth it) and Delta gave us a $200 Delta credit (whatever that means). Delta also reimbursed “us” for the flight (by “us” I mean Aflac). We didn’t arrive in Atlanta until 9 and had to go through customs and everything. Once we did that and got the rental car we didn’t leave Atlanta until 11:30!!! It was a looooong day and poor Zach had to work the next day. NOT the way you want to end a vacation!!!!

Zach in the Versa (thanks Kelly for fixing the name!) haha 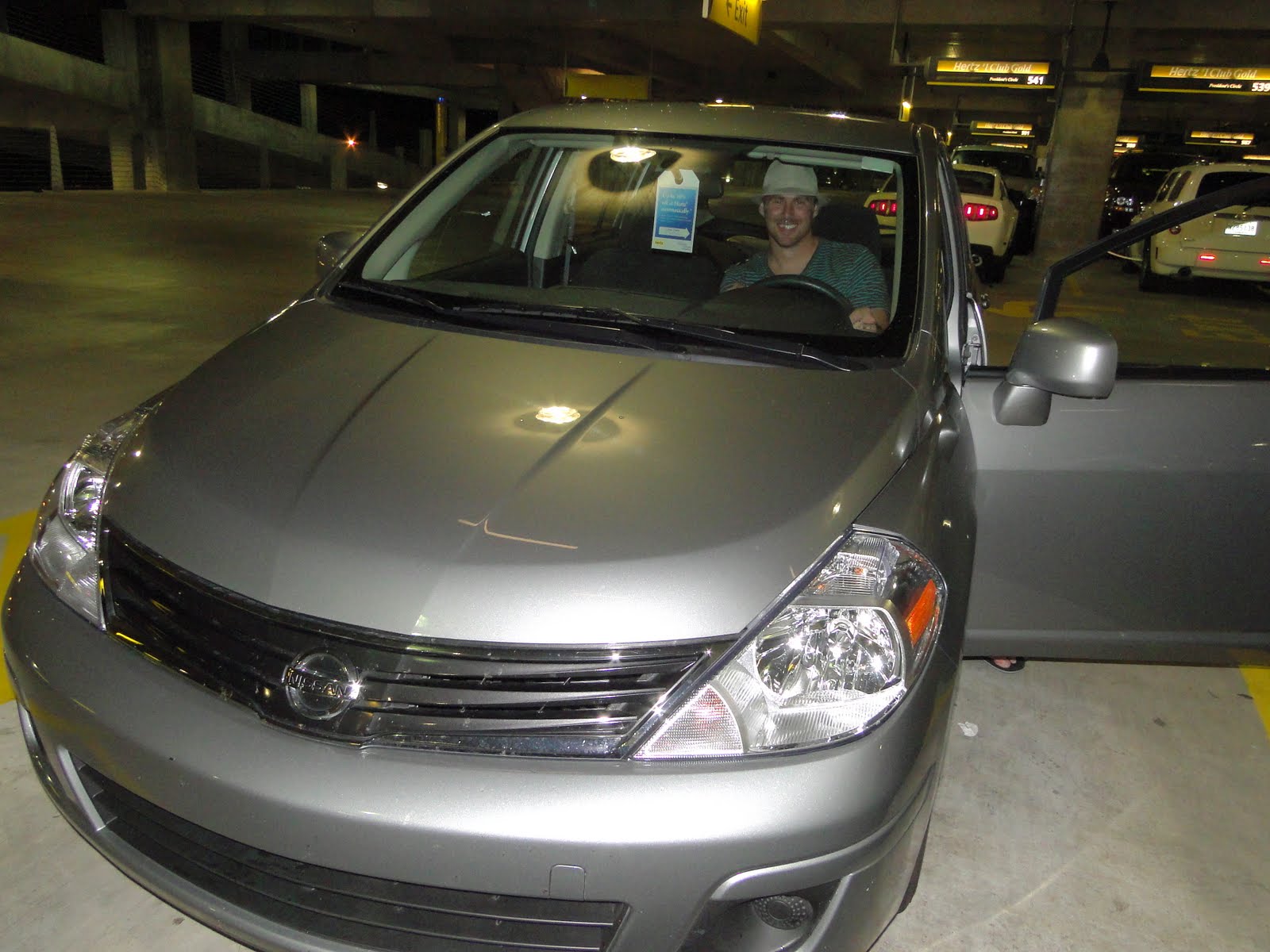 We had a wonderful vacation overall, but both agreed that we probably wouldn’t pay our own way to go back to Bermuda unless we had TONS of money to spend and we went in a warmer month. I wish they had an all-inclusive resort there b/c all-inclusive really does make a vacation easier and cheaper! I appreciate SO much that Aflac did all of that for us and I’m excited for Hawaii and Mediterranean in Oct!!!