On Saturday Zach and I (well mostly Zach) carved our pumpkins! They turned out awesome! It was his first time ever doing it (they didn’t do them at home growing up) and it’s fun to see him get so excited at what will be a new family tradition. I’m excited for next year when Kye will be a little more involved! 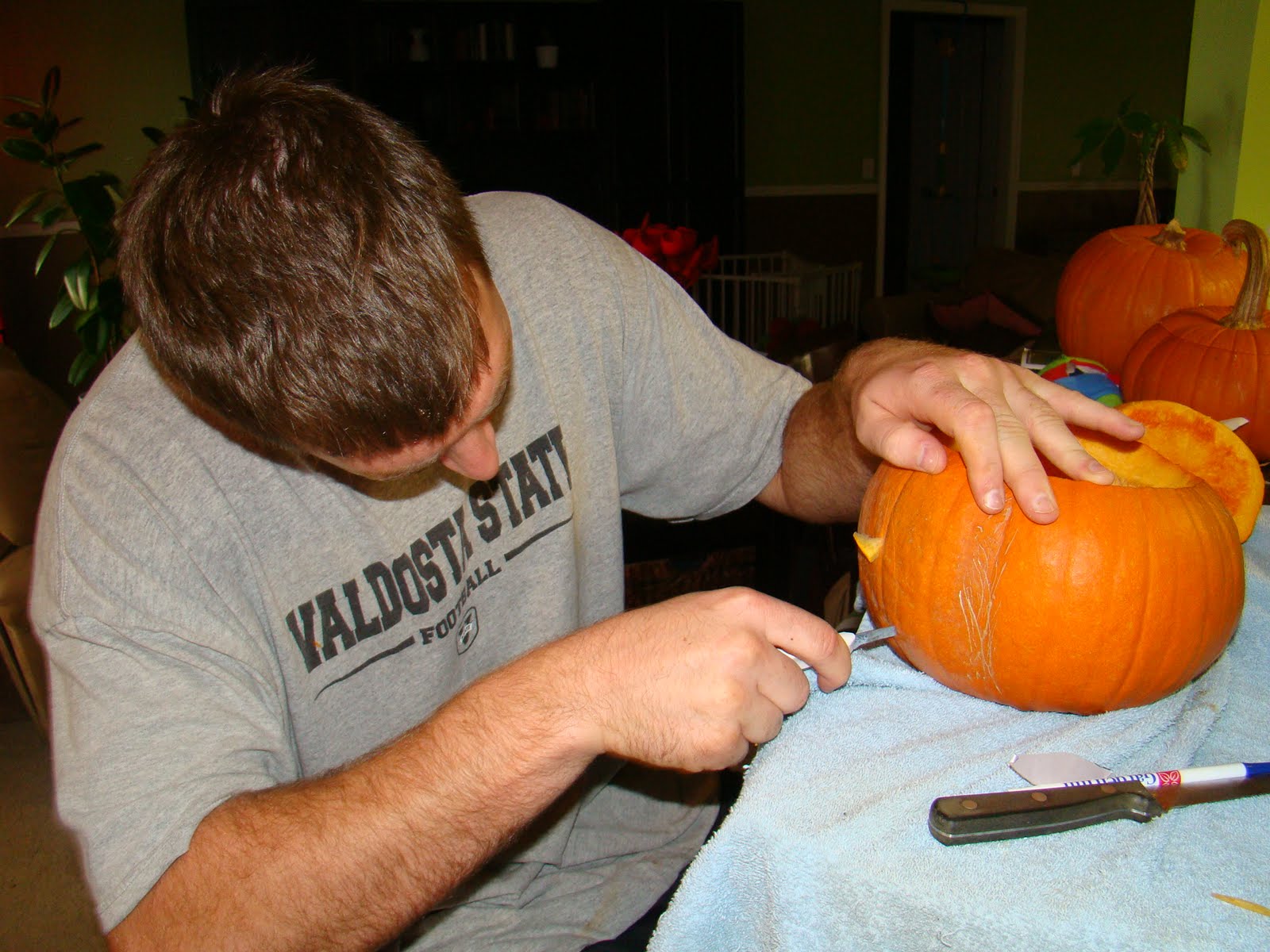 our pumpkins at night, the first one is mine and Kye’s and the second is Zach’s! 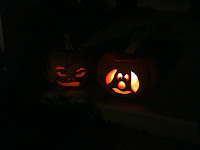 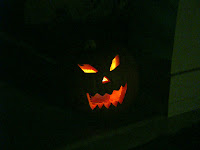 That night our church had their yearly Trunk or Treat get together and I was excited to take Kye. Since our real Halloween costumes were pretty pricey we didn’t want to spend money on getting him one just for the Trunk or Treat but since his costume for Halloween doesn’t work without all of us dressed up I was kinda stuck. Luckily, Courtney let me borrow Colt’s costume from last year. Is it what I would pick? Heck no! And it was a little small (0-6 month sized haha) but whatever. It was free and it worked and he rocked it! Here’s our little bear with his pumpkin! 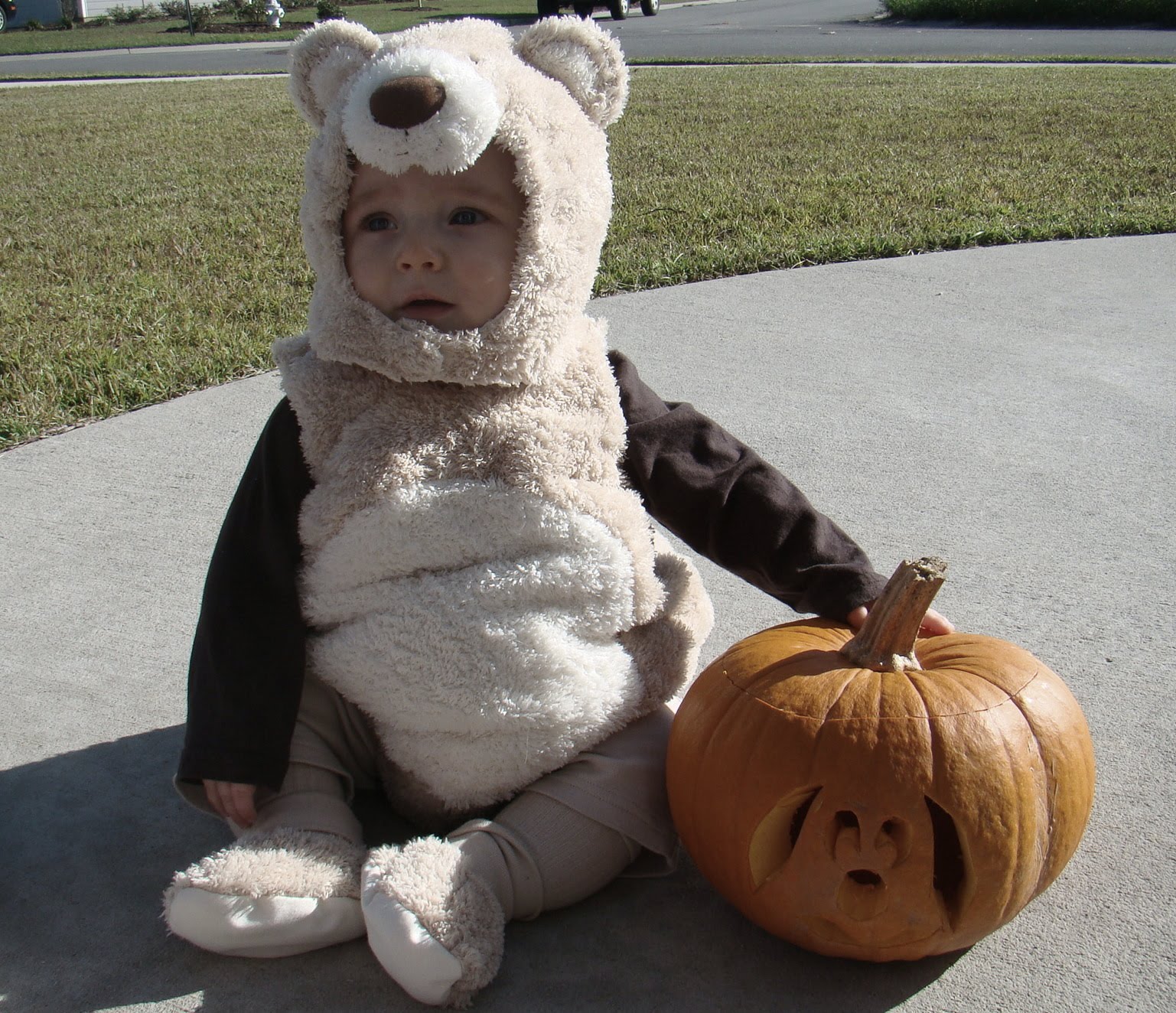 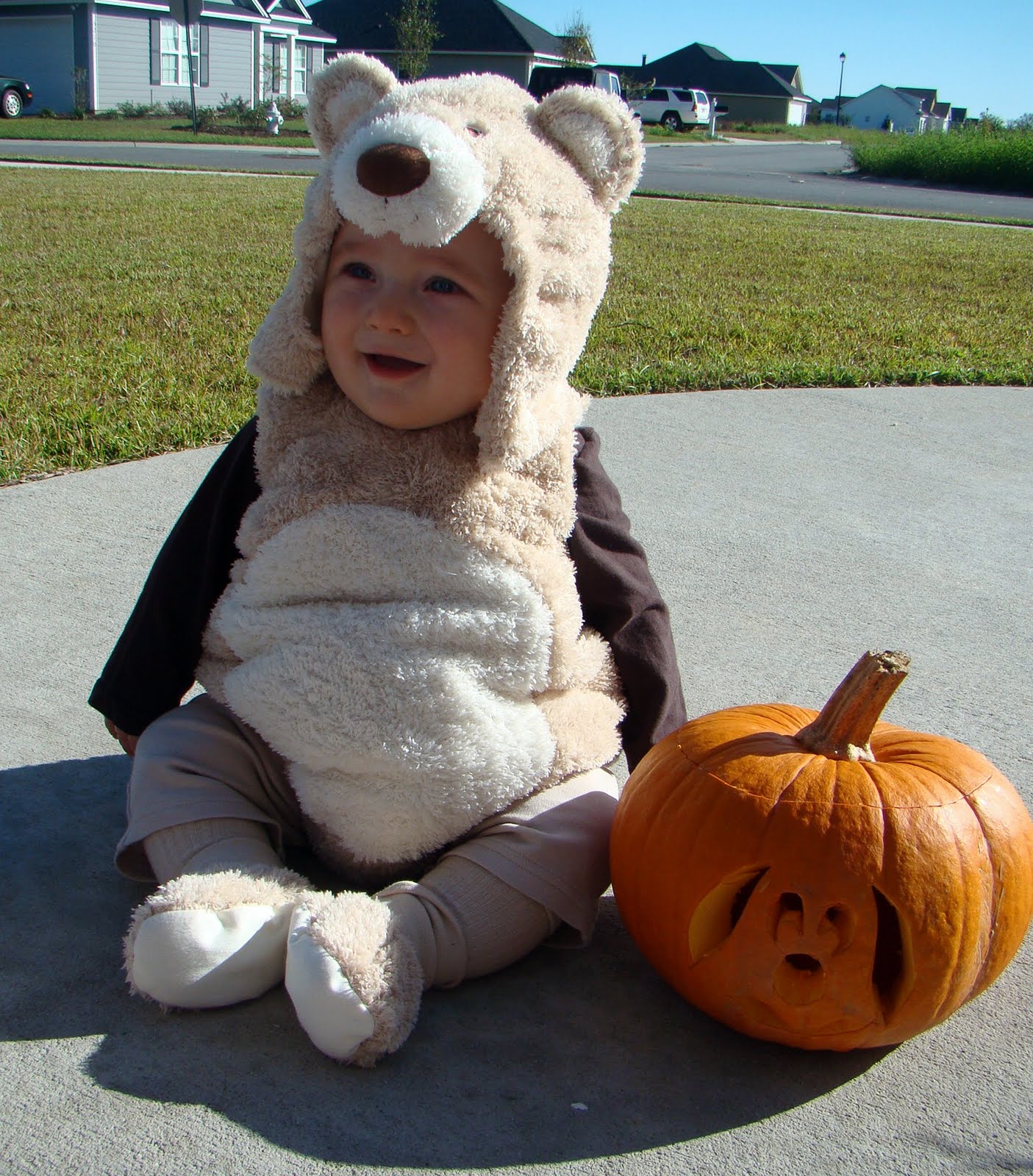 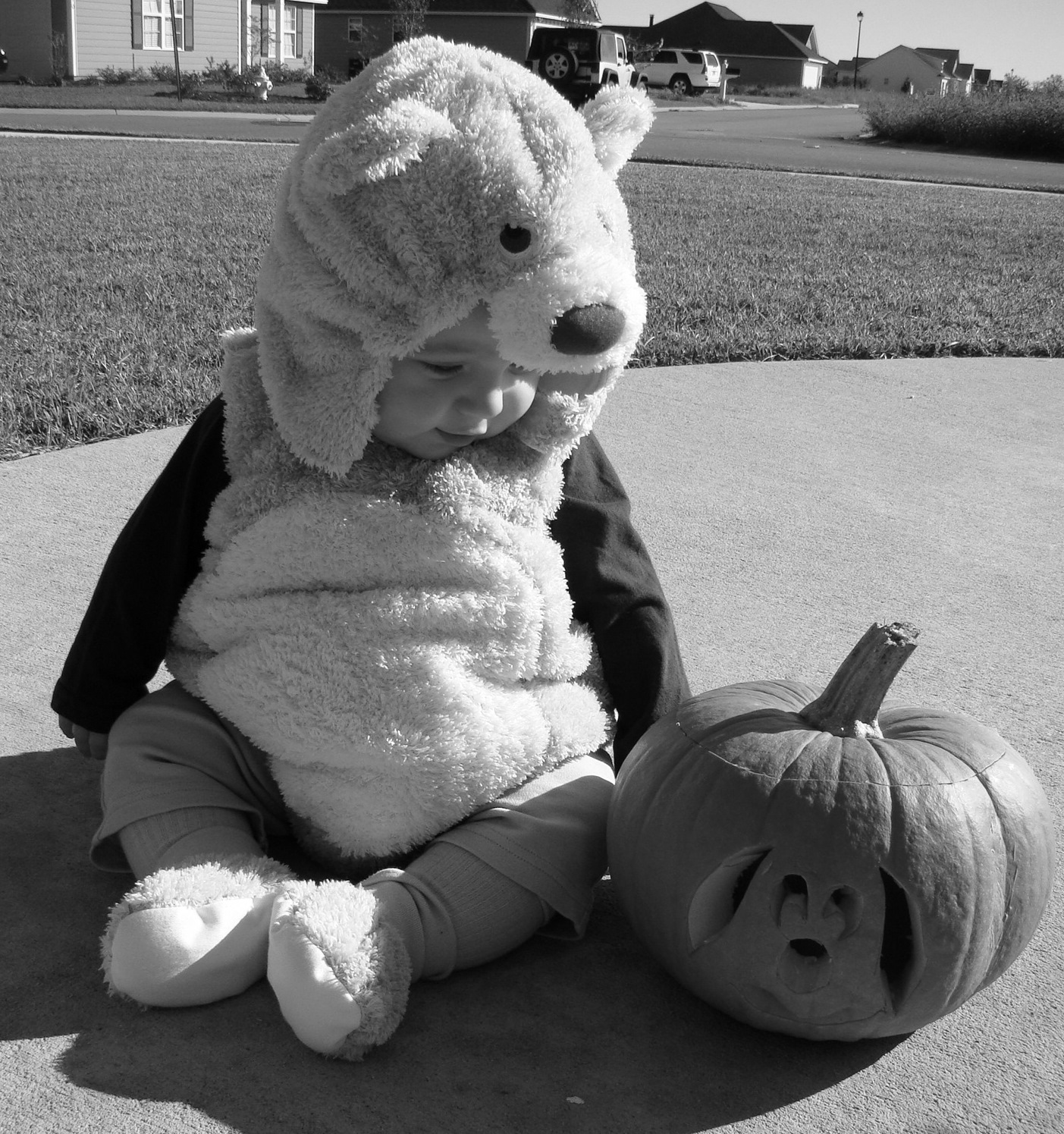 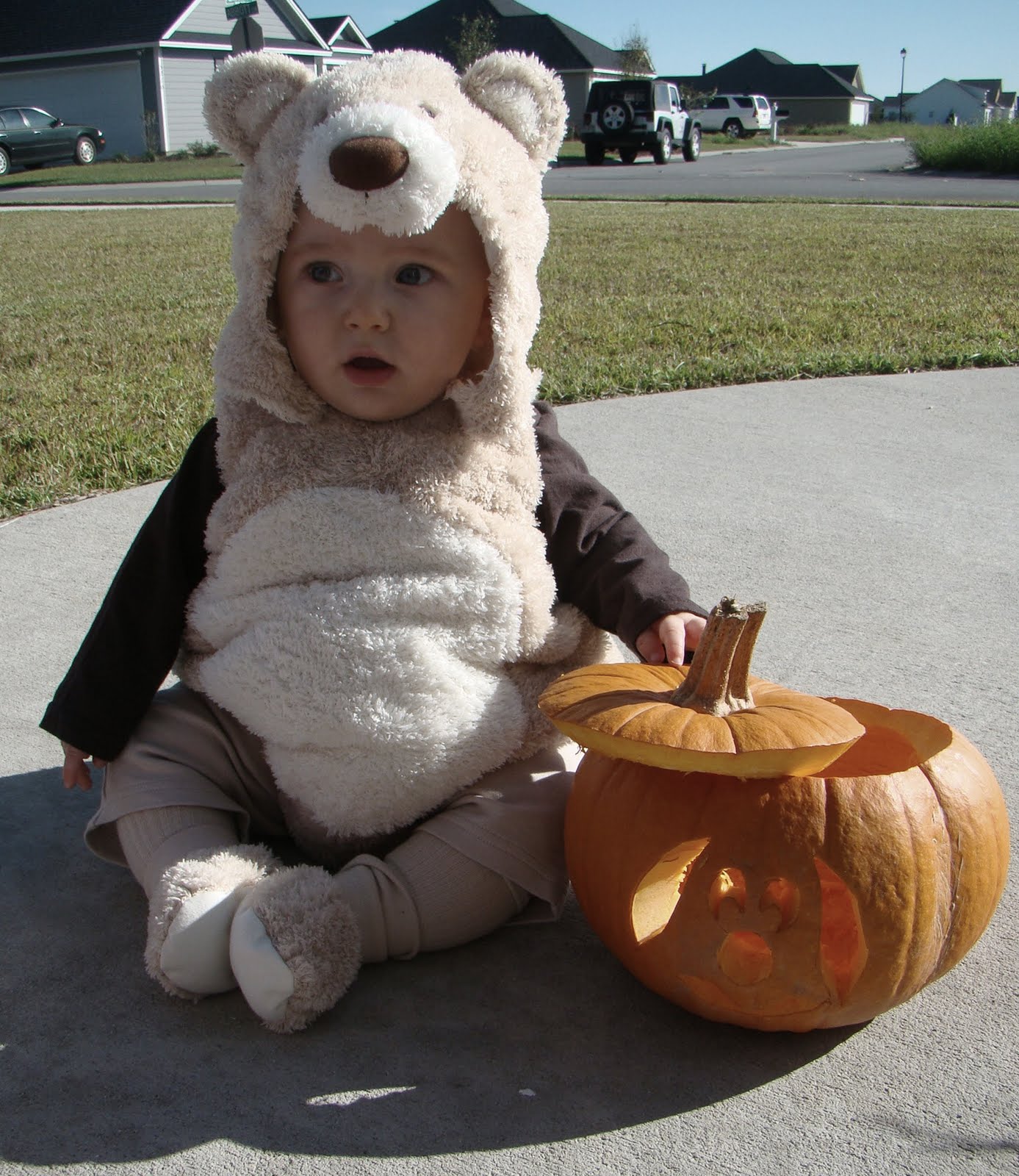 with Daddy and his pumpkin 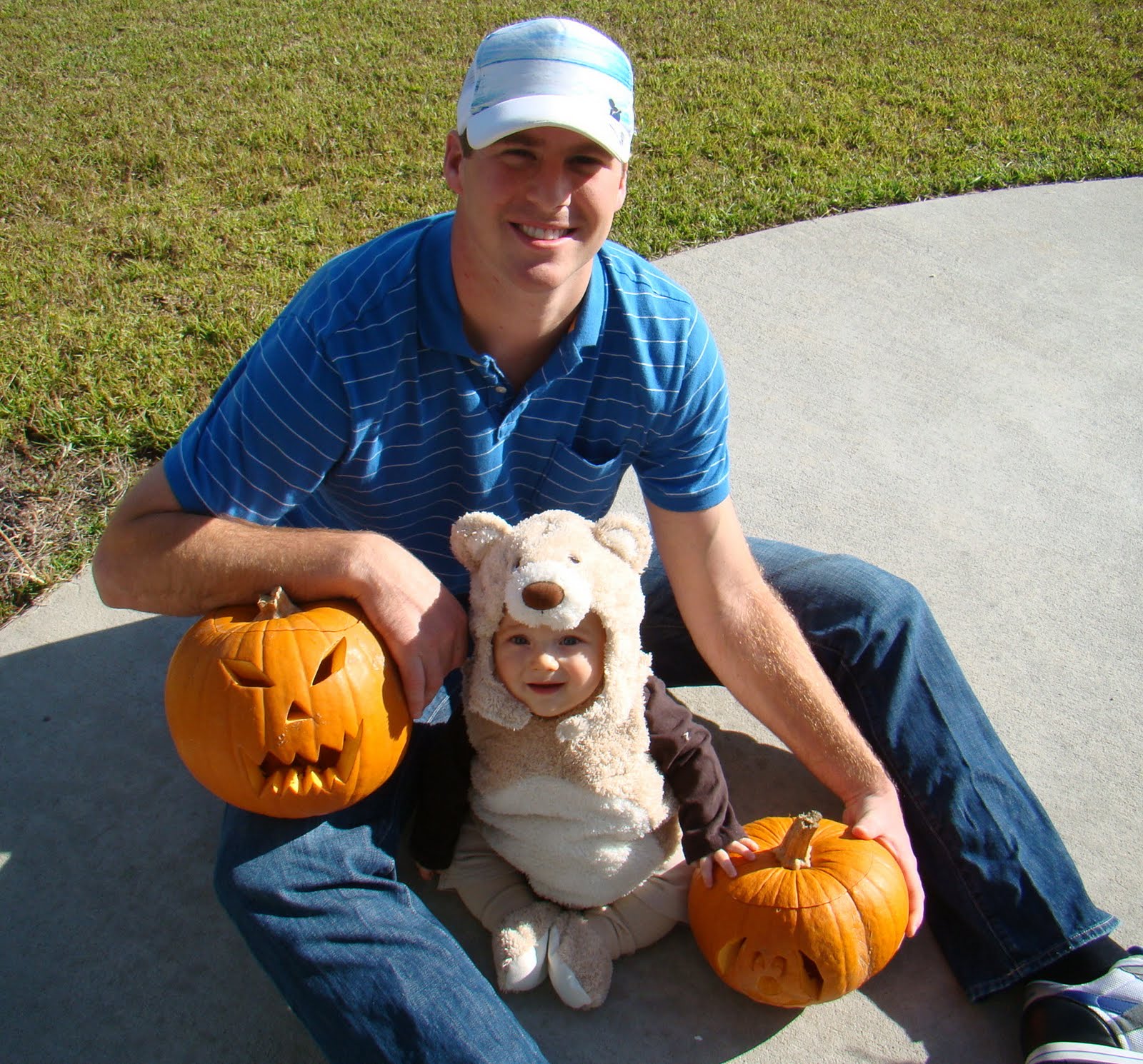 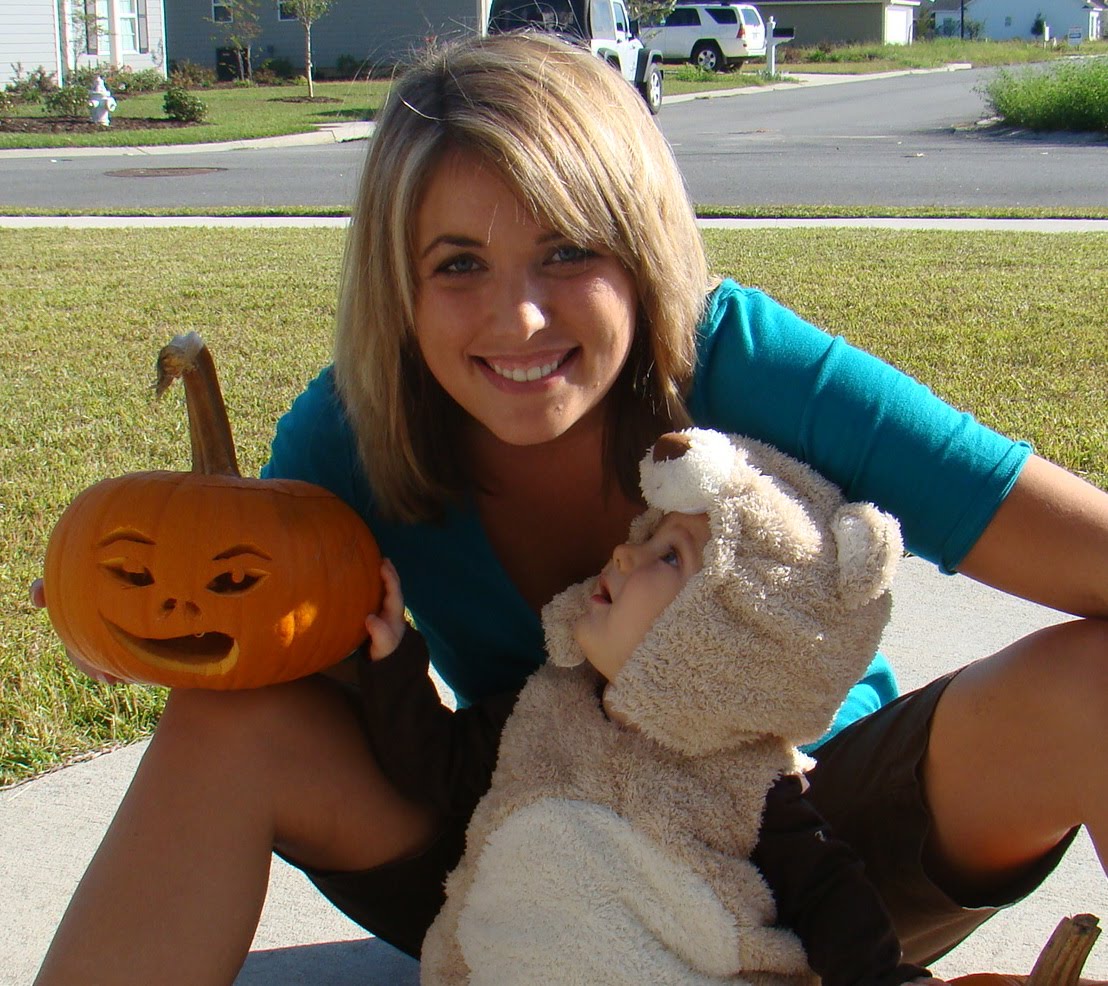 one more with Mommy! He looks like he’s growling haha 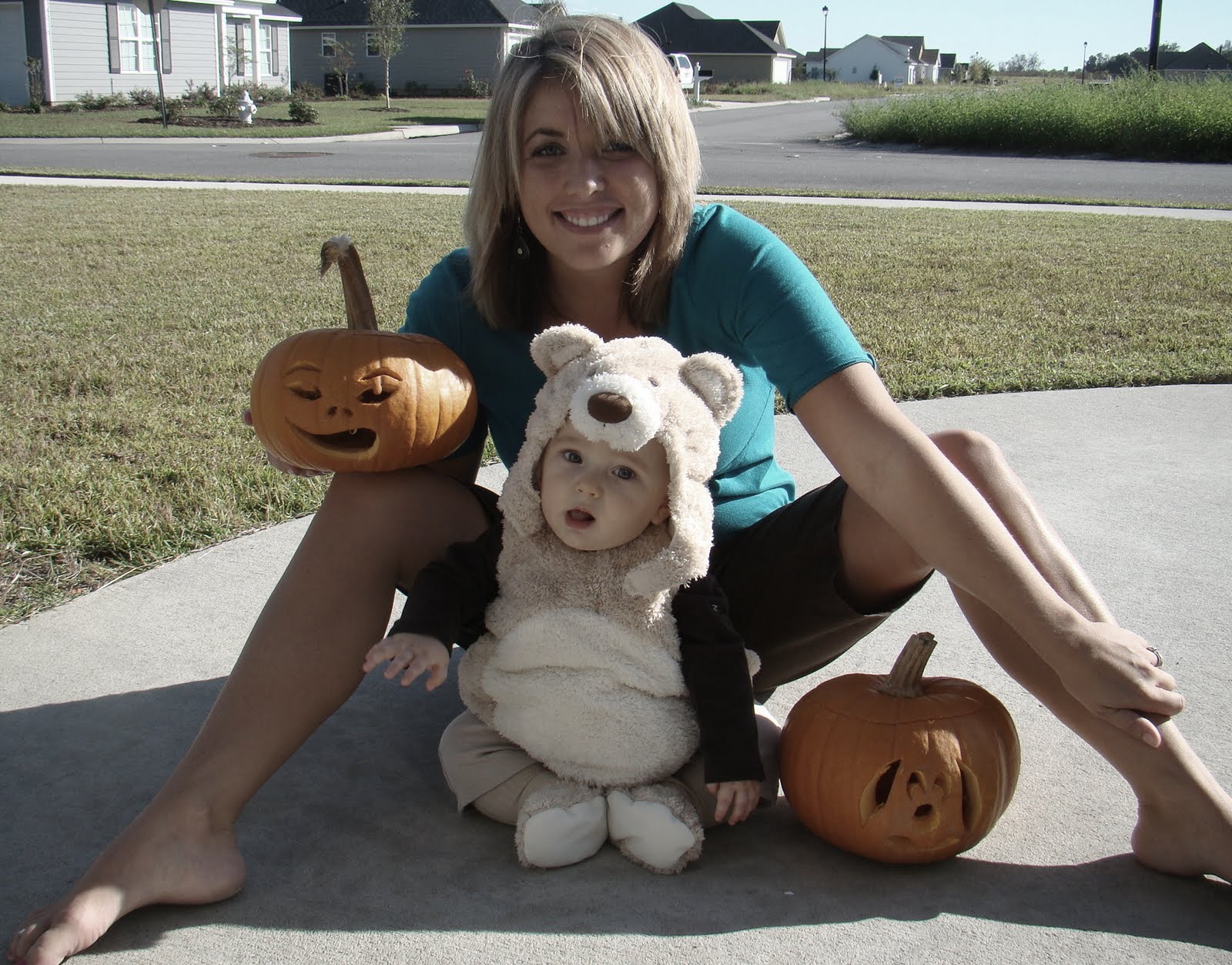 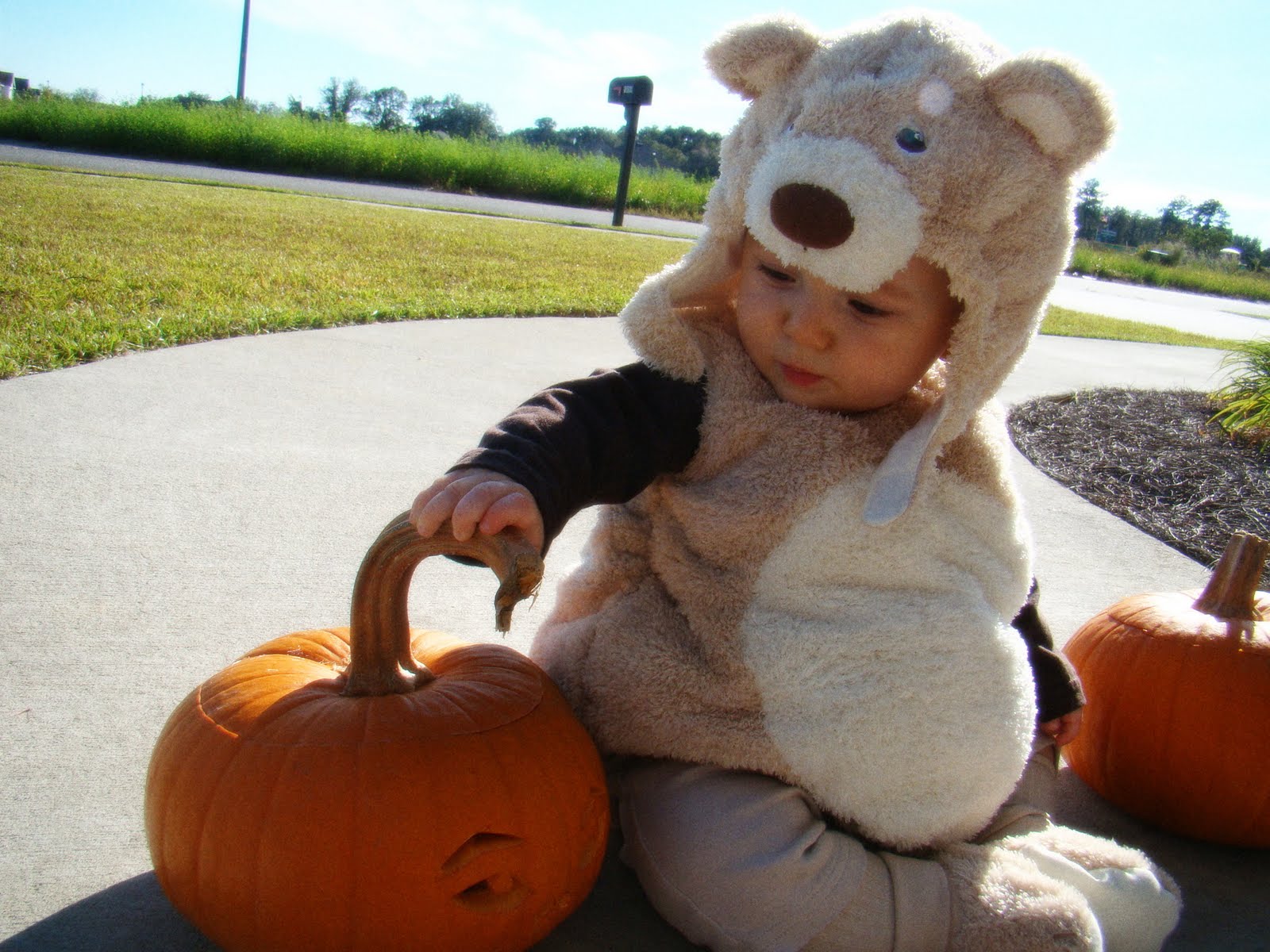 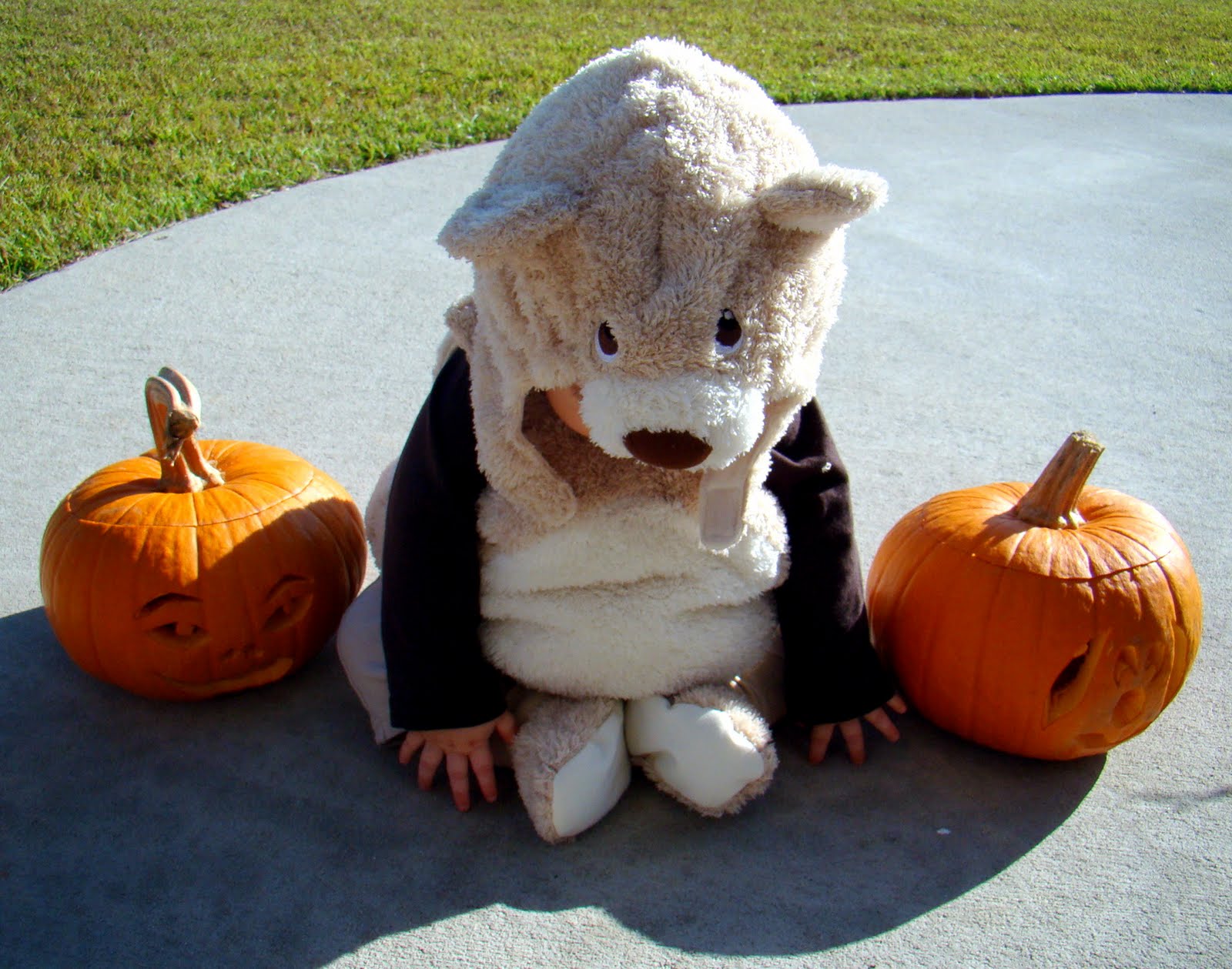 The night was pretty fun. We got there earlier than most people and ended up leaving early so we could get home to feed him but we got a good idea what it’s all about so we can really do it next year. They had a hay ride and Kye really enjoyed it! Here’s his first time on a hay ride: 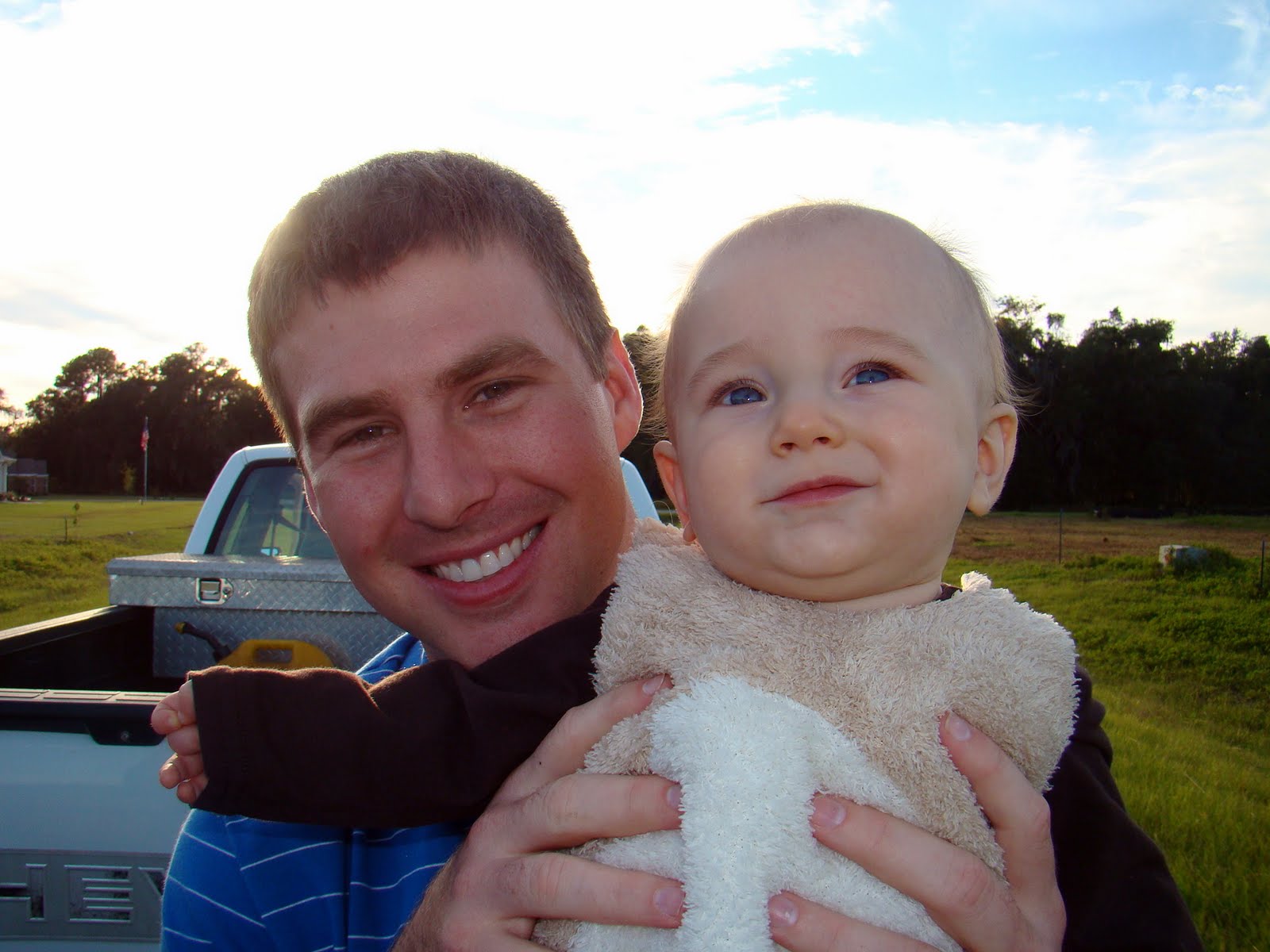 One of the kids from our church (Matthew Jones) was dressed up like a gorilla and Kye loved it (duh!)! Right after I took this he grabbed his face haha!!! 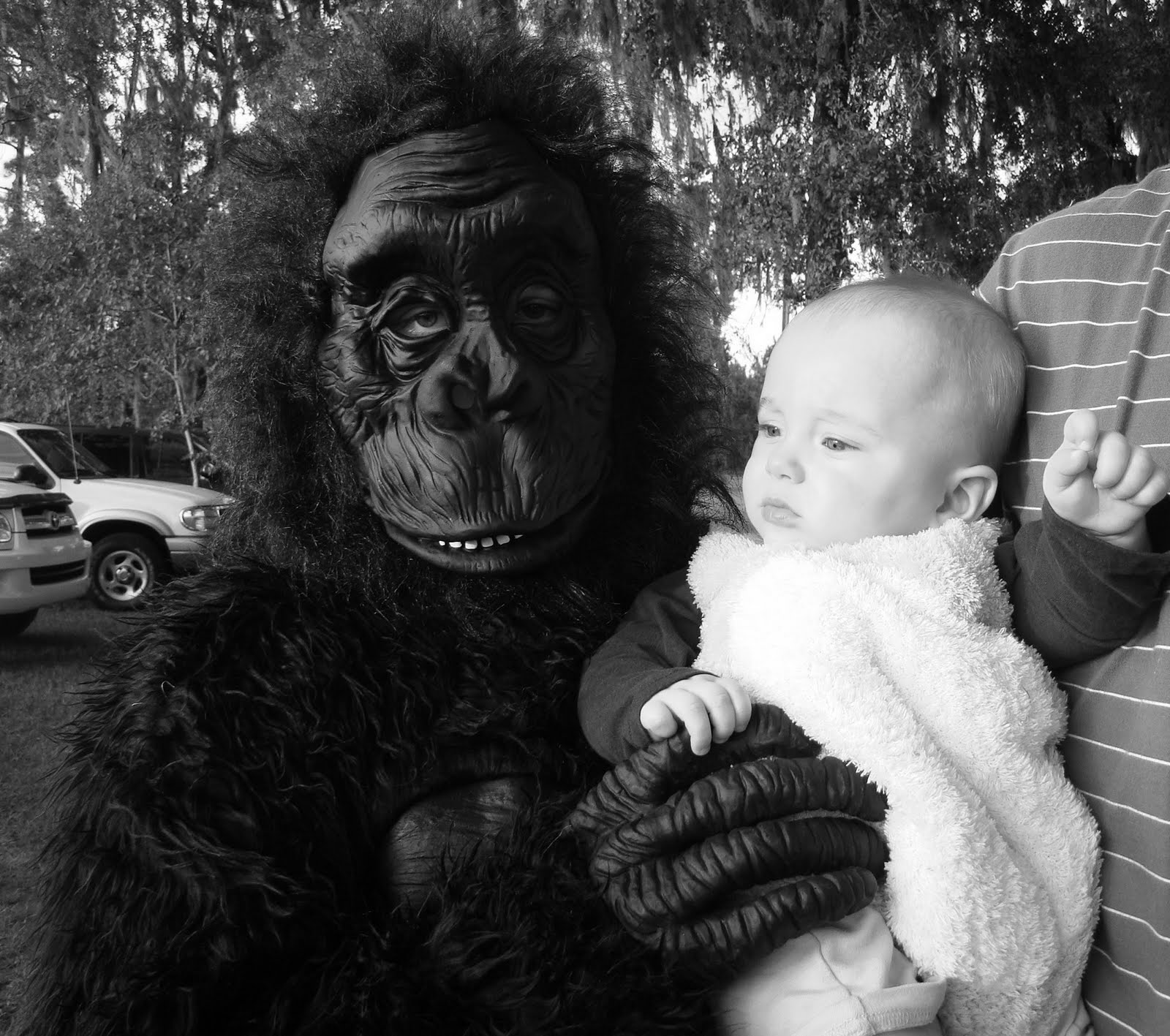