I know most of you probably remember my post about my love of laughing gas at the dentist…I know you do b/c it’s one of the posts I get the most people mentioning to me! How random is that?!?! I guess it’s a common thing to love?

Well last Thursday I had my first ever root canal. I actually had to get two fillings AND a root canal. Fun stuff right? I was nervous about it and my dentist here in town doesn’t have any gas so I drove 30 min away to be able to get that junk! You KNOW I couldn’t make it through without it!

Once I got settled in the chair and the gas started flowing I knew right away that something was wrong. I have heard about drug users having “bad trips” and I realized that’s what it was. It’s hard to describe but like I told Zach about 100 times that day “it was a baddd situation.” I was laying there and literally my life flashed before my eyes. I’m not kidding. I felt like I was stuck in the chair and the world was whizzing by me but I couldn’t stop it and I kept thinking that I’d lived my whole life in that same chair and that all the times I’d been in the chair all I could do was look at that same light. I promise you I NEVER quit looking at the light above me. I stared at that thing for what felt like hours. I kept thinking about how horrible my life had been living in that chair and how sad it was that I’d die in it.

I was aware of the girl in the room with me but I couldn’t talk at all. I was afraid to talk that I’d say something wrong. It didn’t help that the day prior Zach had been at my eye doctor’s office and they told him all about how funny I was during my Lasik surgery when they gave me Valium and I told them all about my “lucky panties” (I had a pair of panties I wore to every one of Zach’s football games for luck…they were red, VSU color, and said “tight end” on them which was Zach’s football position). I was pretty embarrassed hearing that I said that (but yet I feel FINE telling all of you haha) so I was nervous that I’d say something like that again if I opened my mouth. 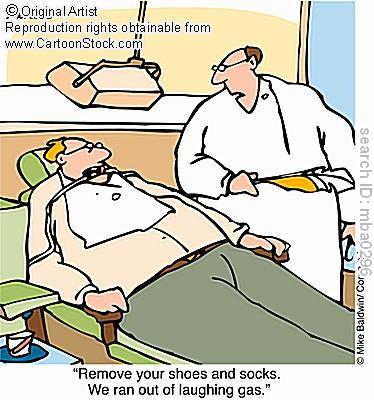 After what felt like hours the dentist came in and did the two fillings. I still didn’t feel right but I was okay. They have tvs there and the hygienist asked if I wanted to watch and I told her no b/c I could ONLY focus on that dang light! After he finished with the fillings he started on the root canal and I started feeling sick. Like REALLY sick. I literally thought I was about to puke all over his hands. I told him they had to stop and I just sat there for about 20 min with my hand over my mouth. The hygienist had a trash can ready and they took me off the gas. The dentist said that some people have reactions to it when they are on it for too long but since I started off not feeling too great I just think they gave me too much of it.

Basically I had the gas during the easy part of the appointment. I was gas-free and mega nauseous ALL through the actual root canal. Not fun at ALL. On top of that my Novocaine wore off and I was hurting. I tried to hold out as long as I could with the pain (as the Novocaine shot is one of the MAIN reasons I get the gas!) but I couldn’t bare it. I was in that chair for FOUR hours. Like I said it was NOT a good situation at all!!! Things kept going wrong: from the gas situation, to the Novocaine wearing off, to some piece of something breaking off down in the root of my tooth, to the temporary cap not staying in and having to be placed in twice, to getting ready to FINALLY leave and having to get back in the chair for them to file down my fillings as they were too sharp.

They kept asking me if I’d just be going home to rest and of course I told them I was but in reality I raced home, changed clothes and Zach and I had to meet with the bank to see about qualifying for a loan. NOT the best idea after having that much dental work done and feeling that sick! I pretty much kept my mouth shut the whole time and really don’t remember much about the appointment. I guess I said some funny things but I tried hard not to! Thankfully we qualified for the loan so I didn’t screw anything up too bad!!!

After my “bad trip” I’m pretty sure I won’t be ever having gas again 🙁 So sad to have to end my love affair with it. Now all I have are bad thoughts about it! My local dentist said they do a pill now but you can’t drive after taking it. Seeing as laughing gas always has a mega effect on me I don’t see myself taking some kind of PILL anytime soon!!! I think THAT would also be a badddd situation…