Recently I posted a blog entry about friendship that I read in a parenting magazine…well here’s another blog-worthy article for ya! This one is actually pretty current (from Parents magazine, the August 2010 issue) and it’s about an issue I know ALL of us deal with but yet don’t discuss: arguing in front of our kids. I know in our household we swore we’d never do it but c’mon let’s be realistic: it’s GONNA happen! There is no avoiding it. When you disagree you’re going to say something in front of your kid about it. You can’t help yourself. I have always beat myself up over it and feel a LOT of guilt for the times Zach and I disagree in front of Kye. I just personally feel like it’s so important for Kye (and all our future kids) to see happy, loving, smiley parents. Maybe growing up in a divorced home makes me think it’s really critical for my children to know what a happy marriage looks like? Well guess what kiddos…a happy marriage doesn’t mean fake smiles and constant kissing – happy couples ARGUE too! That’s why I loved this article, it made me feel a lot less guilty for disagreeing with Zach in front of Kye and gave me some good pointers on how to do it in a healthy way. I know you’re dying to read-on so I’ll get started! 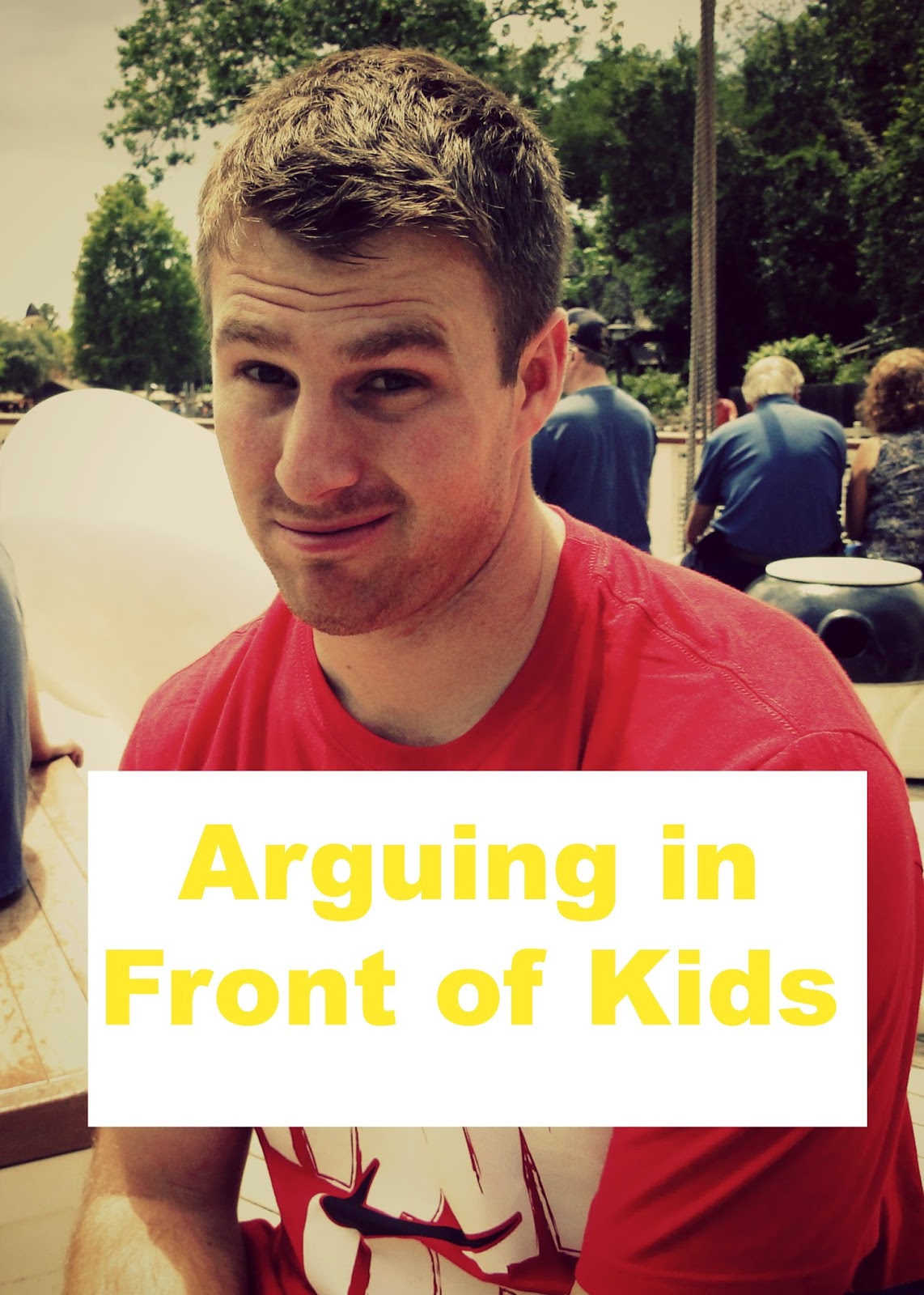 Here’s the stuff that makes you feel guilty:

Here’s the parts that make that guilt fade (at least slightly):

Here’s how different age groups of children view arguments between their parents:

Obviously the best way to insure against esculating arguments is preventing them in the first place. Name-calling, shouting, cursing, sarcasm, and demeaning comments shouldn’t be allowed as well as anything physical (shoving, slamming doors) or threatening divorce. When arguments do arise here are some steps to take to help keep it calm:

This article was an eye-opener for me because I realized a lot of it was talking to ME! Zach and I don’t hardcore fight hardly ever, and the most we do in front of Kye is “innocent” bickering, but I realize now that even that could affect him and that my sarcasm isn’t too great either. I LOVED the tips as I know personally I will feel my anger start to rise in my body so during those times I need to just take a break. And I think writing down feelings to discuss later is a GREAT idea as I know I’ve joked that I wish we could do all our arguing through text messaging. I say this b/c I feel like when we argue through texts it gets resolved quicker and I do a better job of relaying my feelings. Duh! It’s because when you text-fight (that’s a legit thing right???) you have to really think about what you are saying instead of just saying it without thinking. I’m the QUEEN of just spouting off random junk that doesn’t even fit in the argument and if I get really mad and past my breaking point then I’ll just say a bunch of MEAN stuff for no other reason than just to be mean! I need to work on that and I think recognzing my bodies cues and taking that break will really help. In front of Kye or even when it’s just Zach and I, healthy arguing is important to a relationship.

Personally I cannot STAND when couples say “we never fight.” To me, if you haven’t ever fought then your relationship isn’t real. If you argue then you care enough about each other to work out your differences, and through those trying times you’re able to grow as a couple in the relatonship. Zach and I wouldn’t be half as the awesome couple we are today (and duh, we’re pretty awesome) if it weren’t for all the tough times we’ve had in the past. I also know we’ll be even a stronger couple in the future from the issues we deal with now! I’m thankful for those arguments as opportuinties to grow stronger and I’m thankful to this article for helping me make those trying times healthier within my relationship and for my child. Hope this has helped some of you as well 🙂