This past weekend Zach and I went away on our little anniversary vacation! Last year we went to Cancun and it was AMAZING! It’s actually when we decided to start trying and we conceived Kye (first try haha)

This year money is much tighter than last year so we opted for just a short two night trip to Ft Lauderdale. We drove down to Melbourne and Kye got to spend some alone time with Gramma! 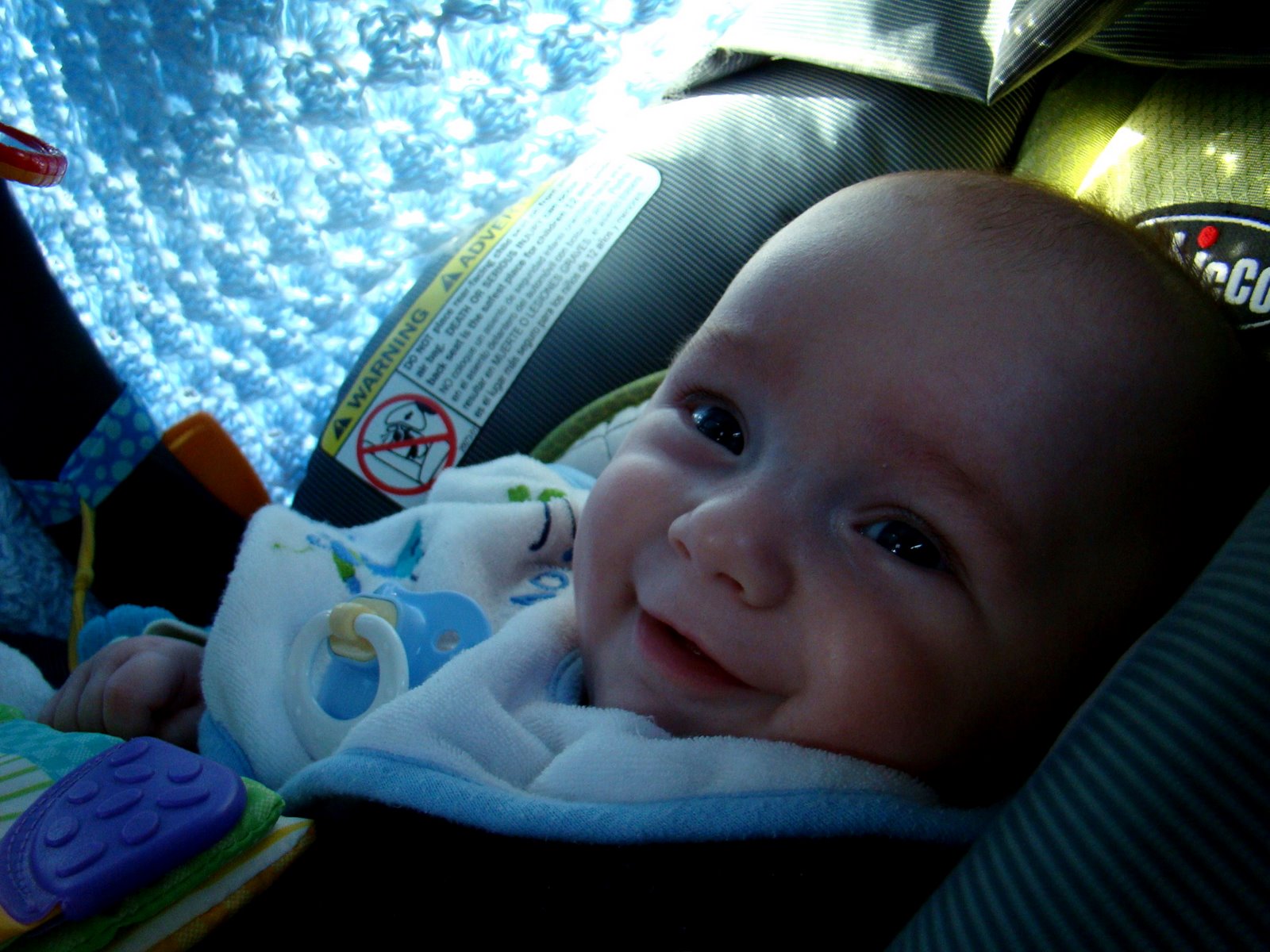 Our first stop on the way was to go to Sawgrass Millls. It’s an AWESOME mall/outlet! We actually went to Ft. Lauderdale for a couple days right after we got married as part of our honeymoon and had our first married fight at dinner at Cheesecake Factory. It was over a meal ordering problem where I thought I ordered one thing and had really order another but it ended up that the thing I really did want is now my FAVORITE dish ANYWHERE!!! We had to go back there b/c we both love it! 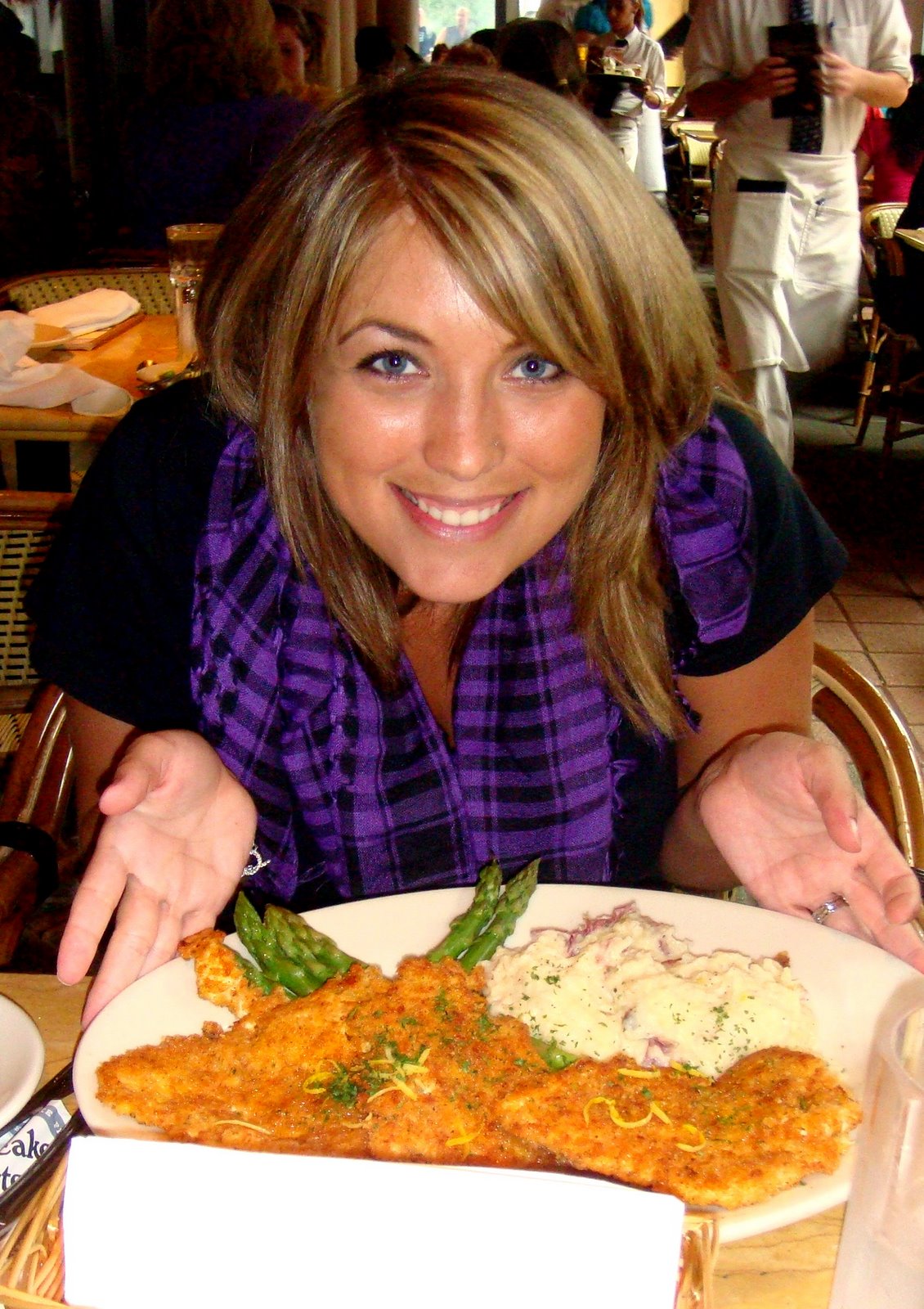 We had a really neat little place to stay on the beach! Isn’t the view beautiful? 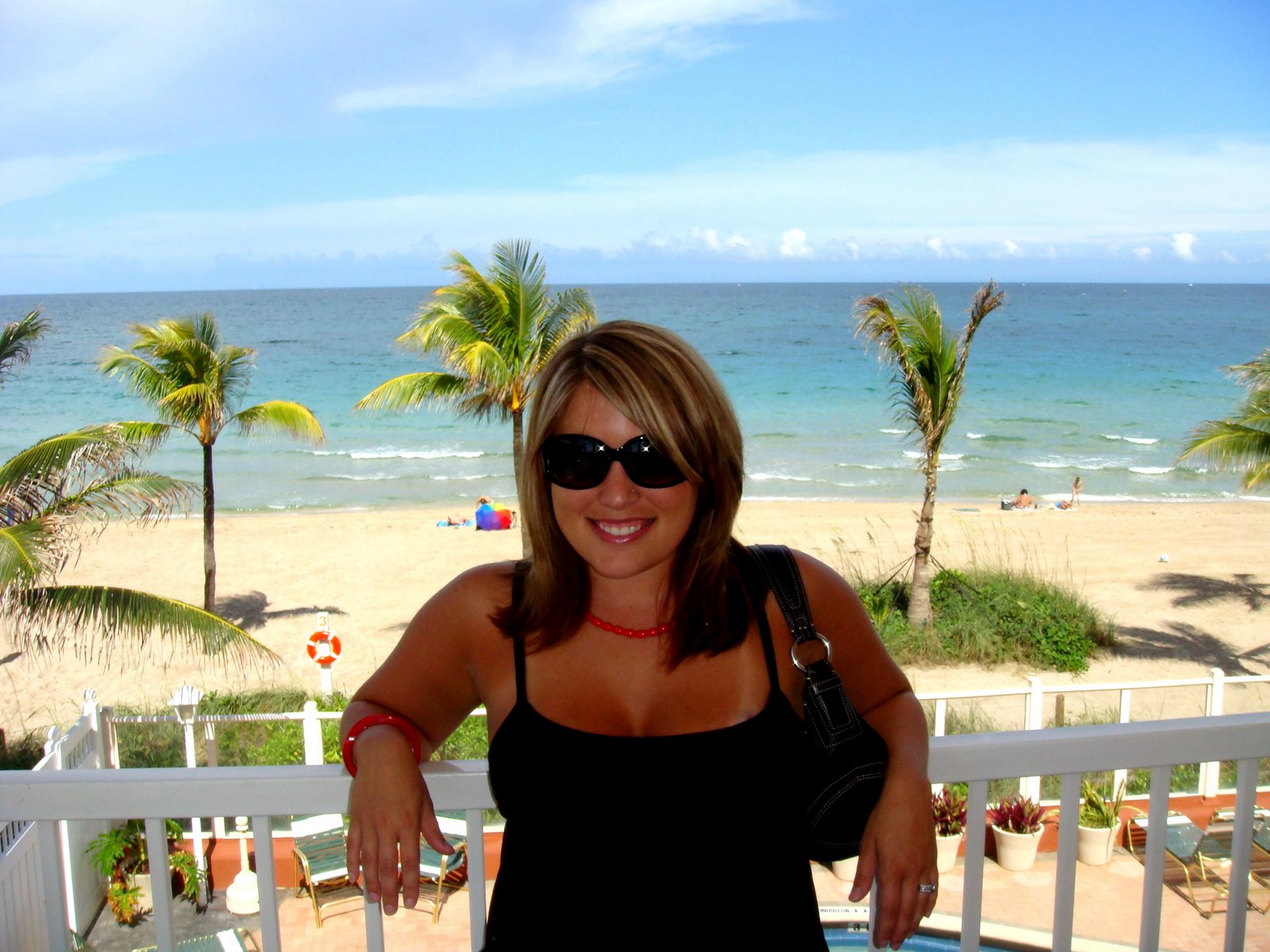 We had a fun time just hanging out and walking around the small town. Our place wasn’t actually in Ft. Lauderdale it was in a little town called Lauderdale-By-The-Sea. It was great because it had that small beach town vibe instead of the hustle of a big city. 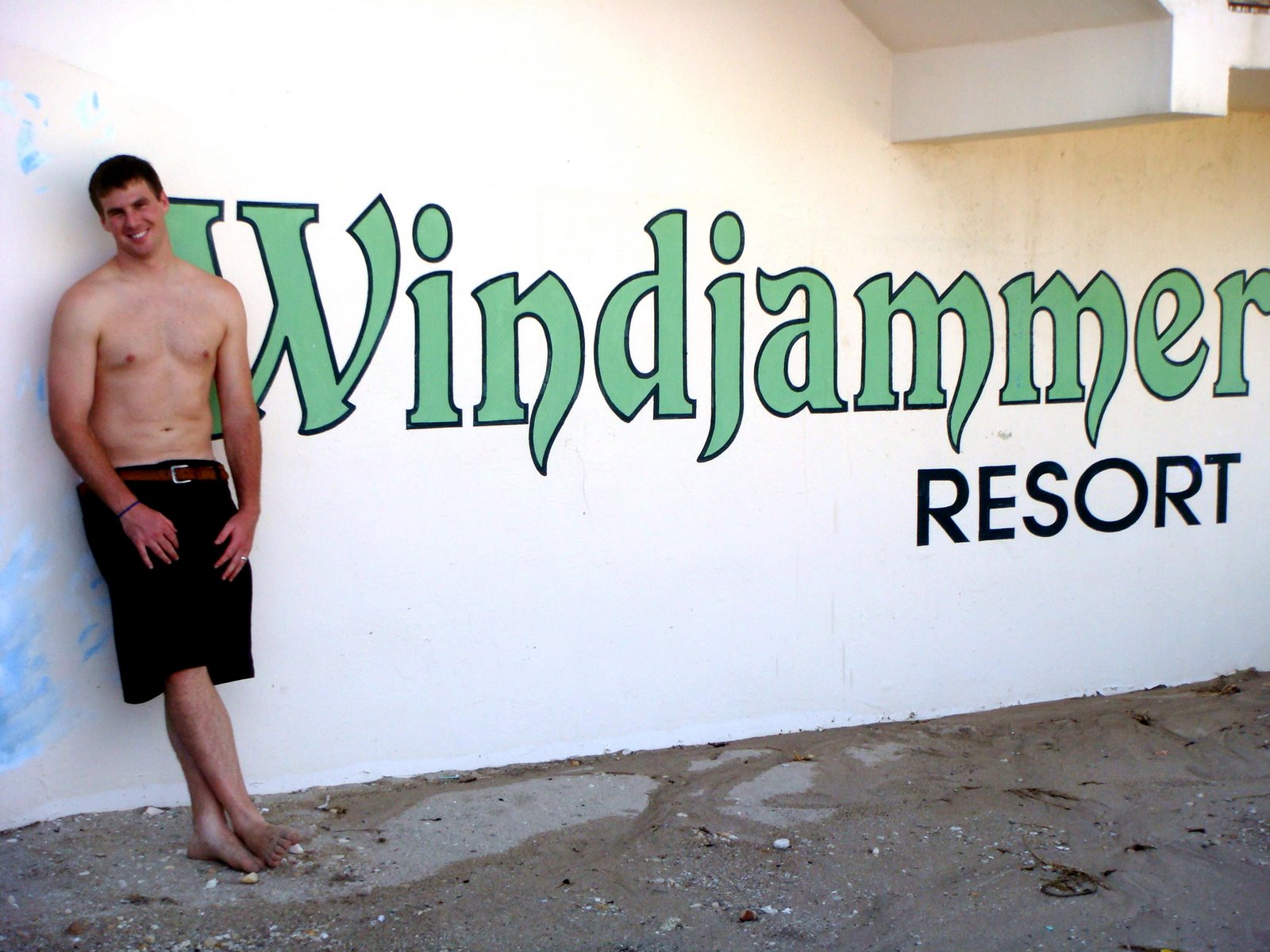 Our reason for going to the Outlets was because Zach bought me Coach sunglasses for Christmas 2 years ago and they had a manufacture issue (they were white and turned red). I returned them to Coach and they sent me a gift card to use instead. Well I’ve been looking online forever to get new glasses with the gift card but they are always out of stock so we thought we’d hit up the Coach outlet at Sawgrass Mills. I’m SO glad we did! They had a HUGE sale and additional 10% off everything! I used the gift card from the sunglasses he bought me and I was able to get: Sunglasses. a new purse, AND a gold bracelet! AND they gave me $3 back! It’s pretty nice to get all new stuff especially when we are so broke haha 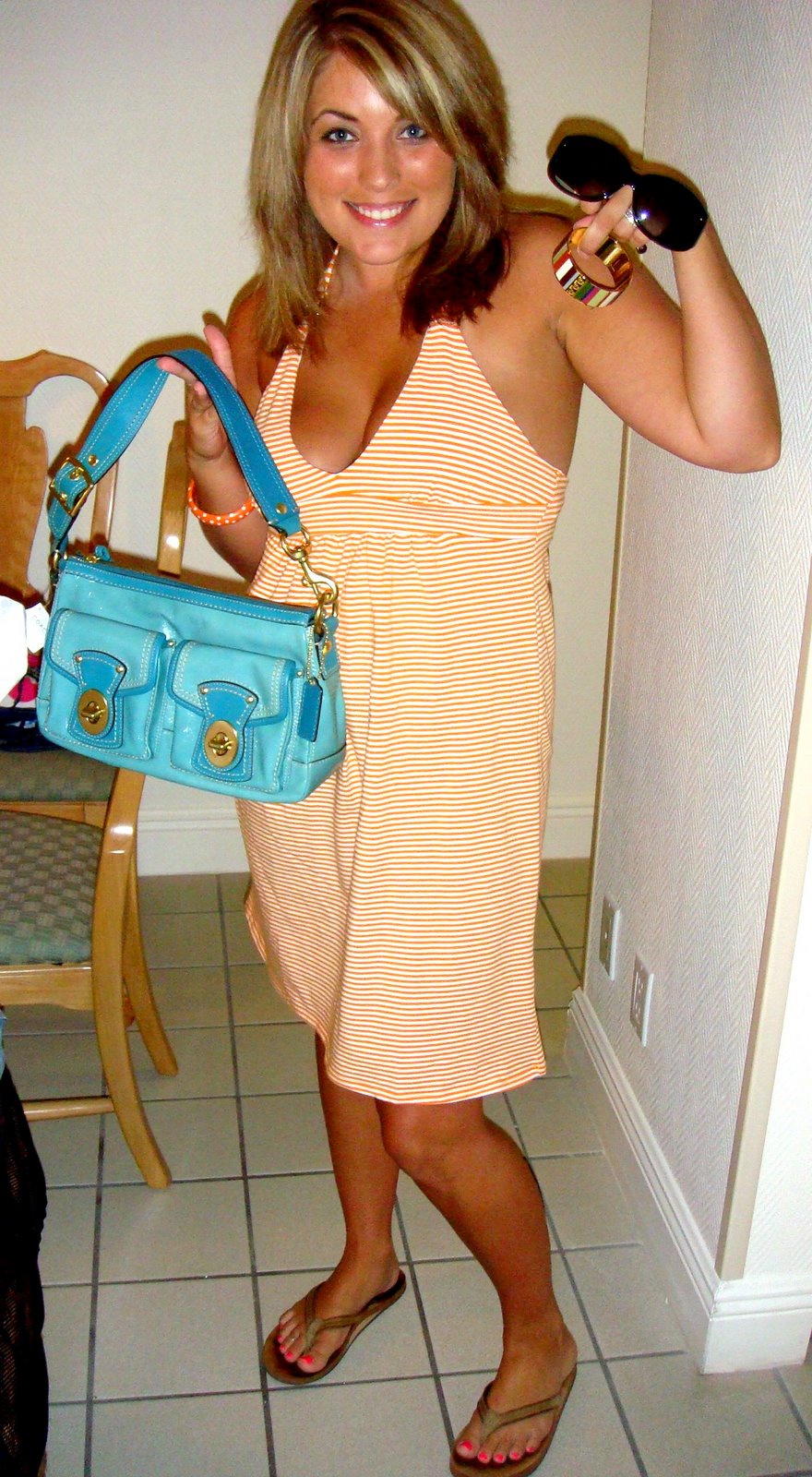 We got dressed up cute and headed out for the night! We found this great little restaurant that had amazing flat bread pizza. So yummy (and cheap)! 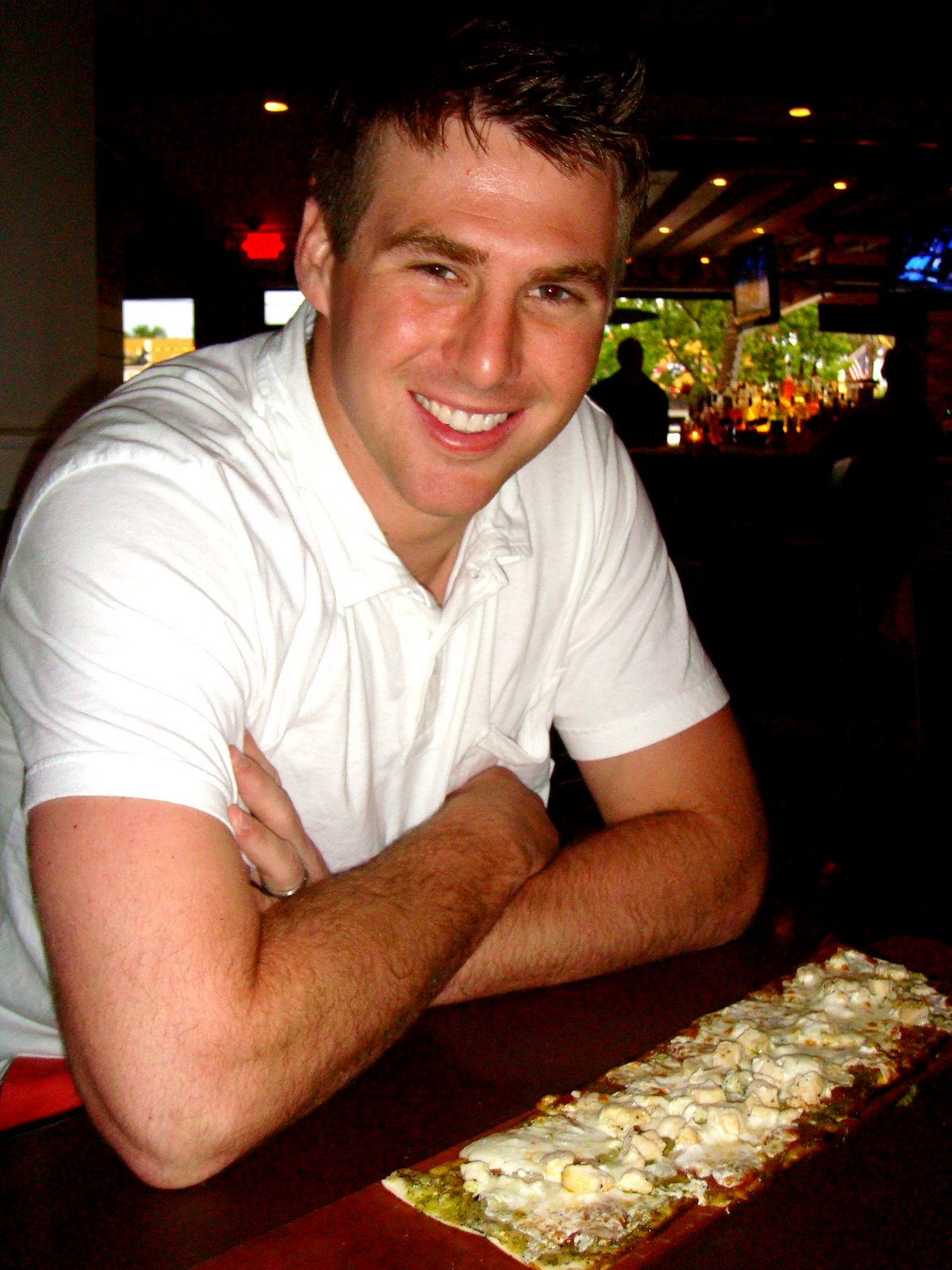 Afterwards we did a little cheating on the diet and went to this place that had ice cream…it was literally the best ice cream of my life! 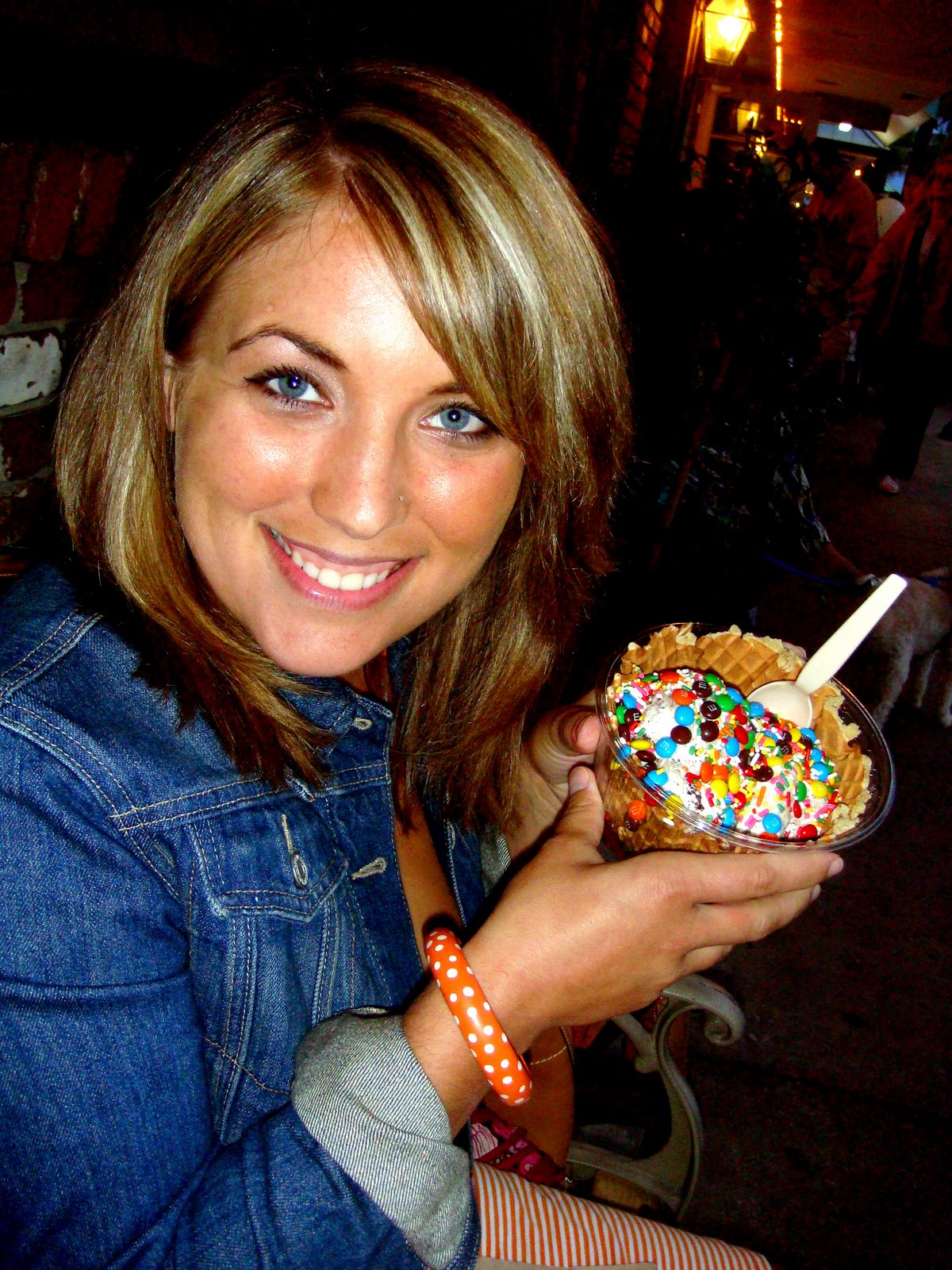 Now that I’ve got my milk issue solved I didn’t have to be so worried about pumping and everything. I just did it when I could and since we went to bed later then we do at home…I got to SLEEP IN! It was HEAVEN! For the first time in 3 months I woke up later than 7:00. It made my whole weekend that much more awesome 🙂 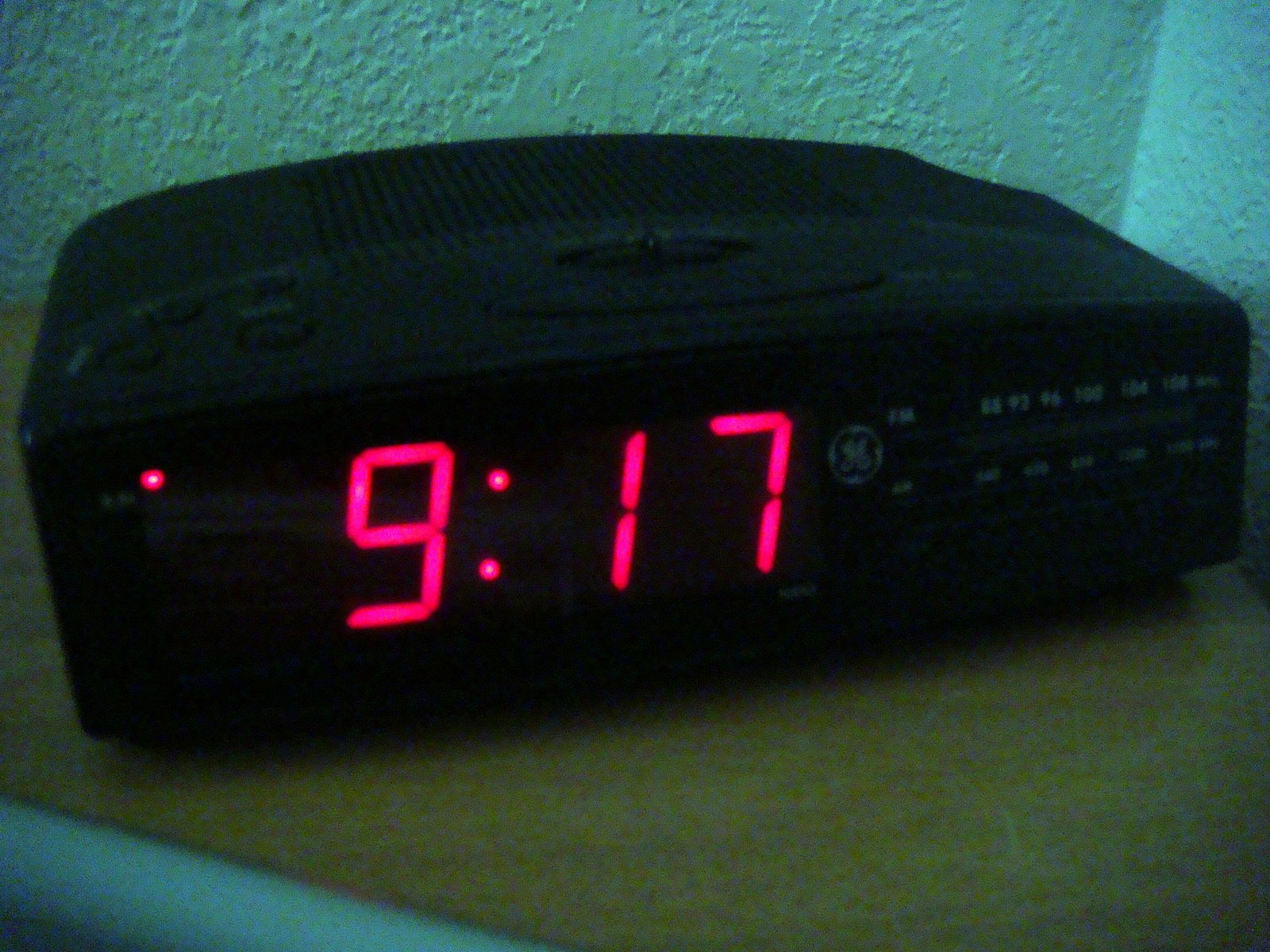 We decided to spend the day Sunday using the beach and pool to our full advantage. Being MUCH bigger than I was last summer I debated about packing a bikini but decided to throw one in and once we got there I wore it! And I didn’t feel half bad about it! I did a lot more people watching than normal and DANG most women that wear bikinis really shouldn’t be wearing them haha it made me feel soooo much better about myself! 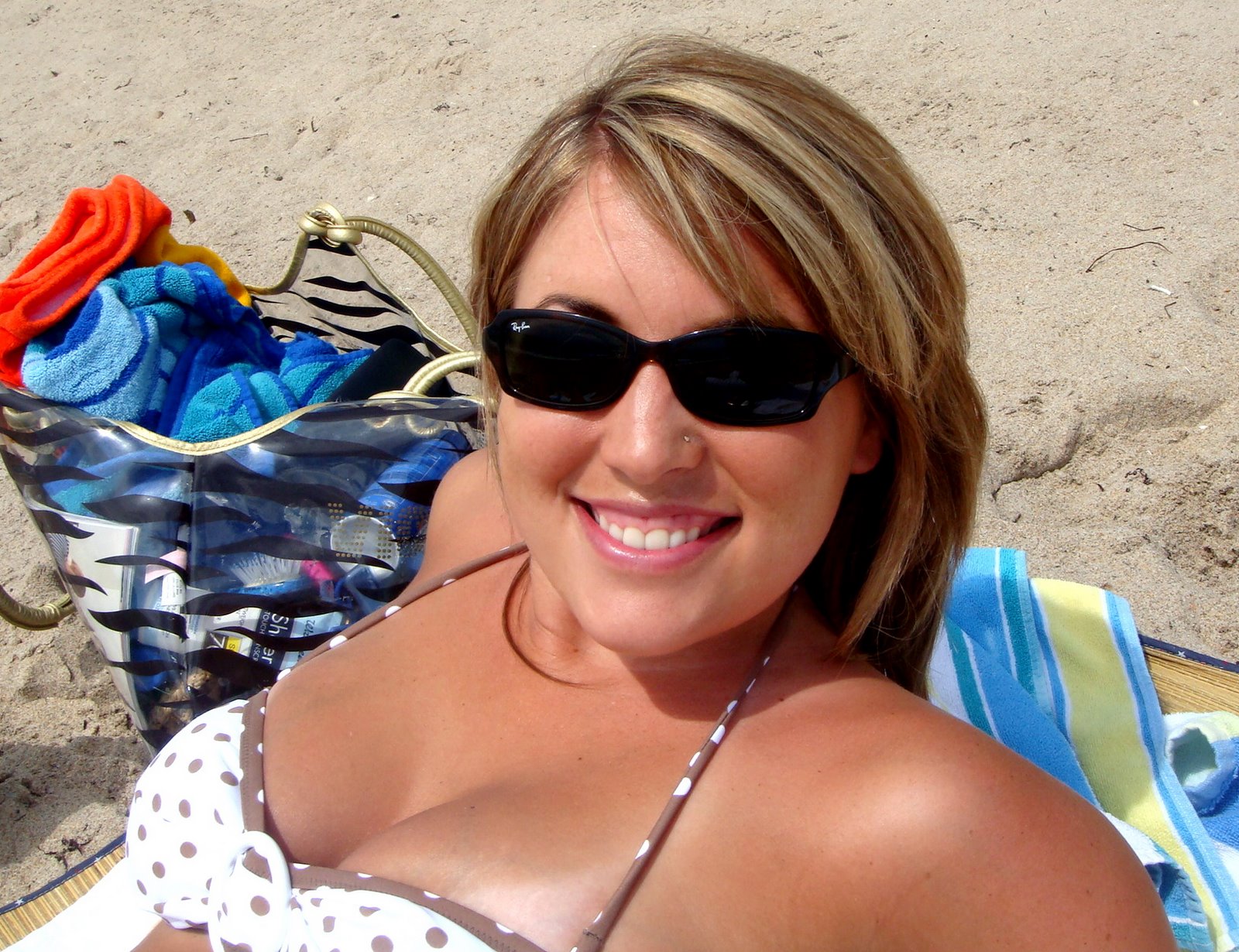 That night we hunted around for a good Italian place (our favorite kind of food) and stumbled upon this fabulous restaurant that has family style portions and was so fun. They have one in Daytona Beach so we plan to go again when we go on a beach trip with Ashley and Katie near Zach’s birthday! 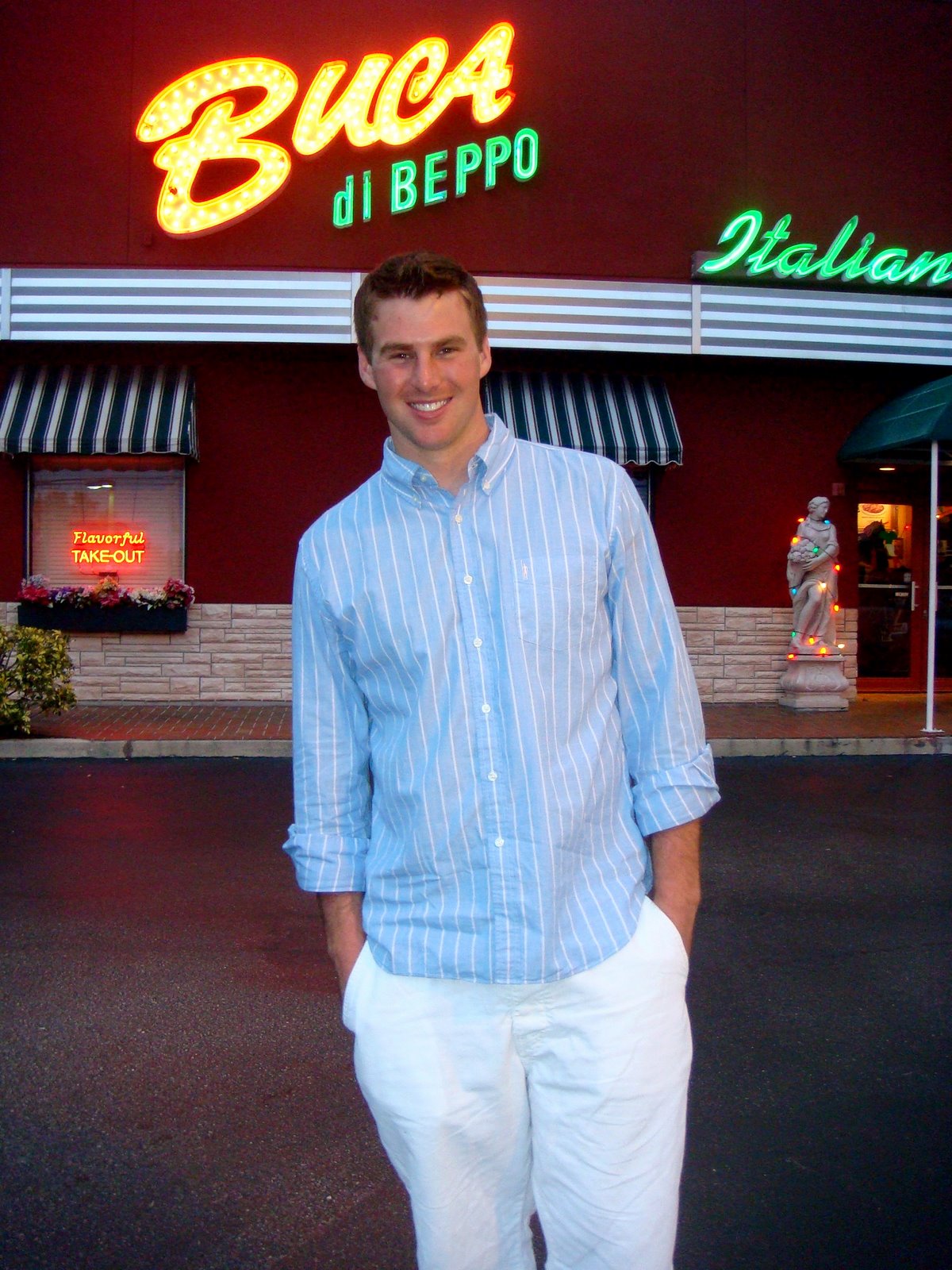 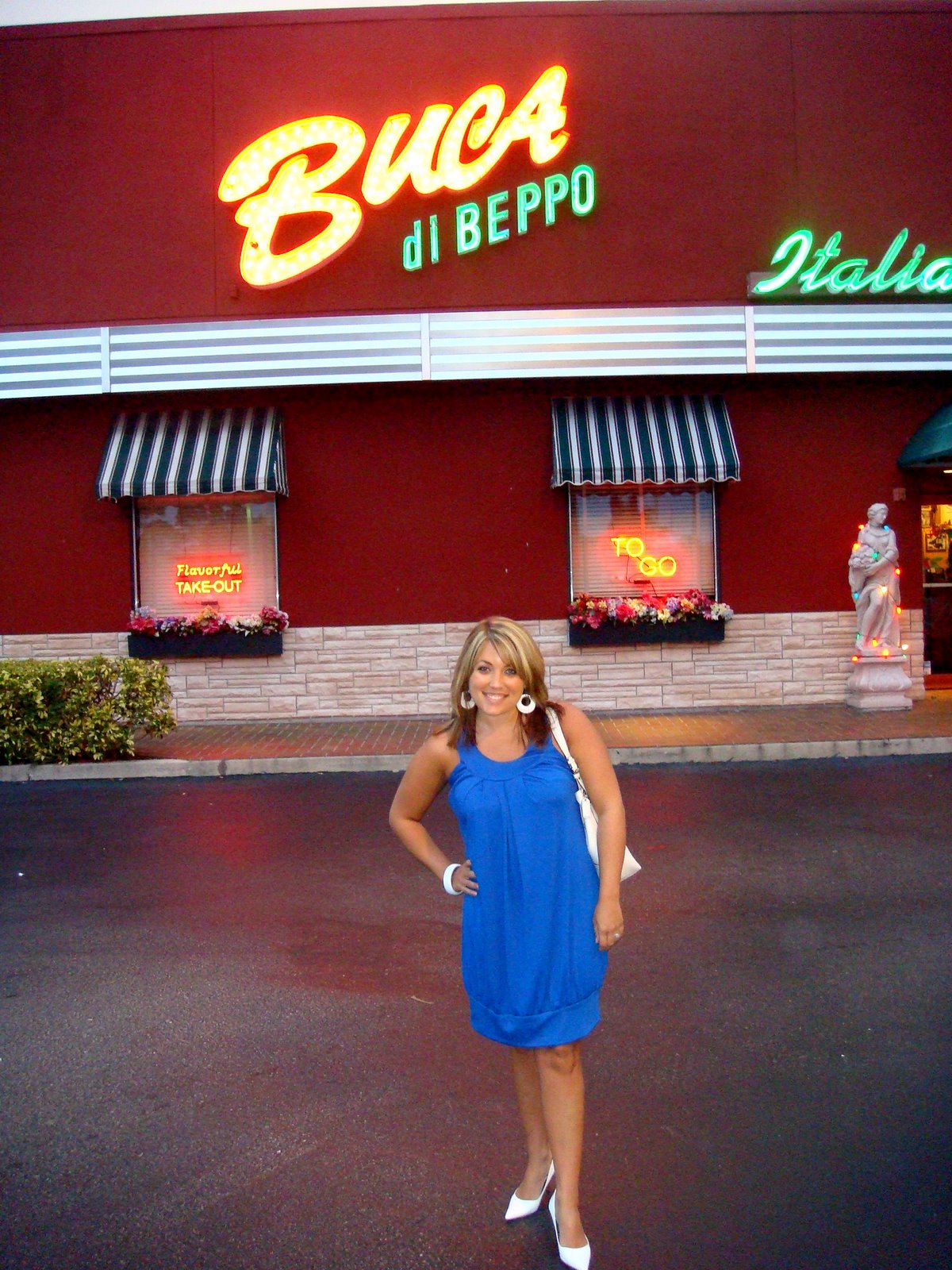 After dinner we went to Publix and bought some brownies for dessert. It was a good choice because it was cheaper than a restaurant dessert and it had nutritional info so we could figure out how many points per brownie (5…not that bad!). 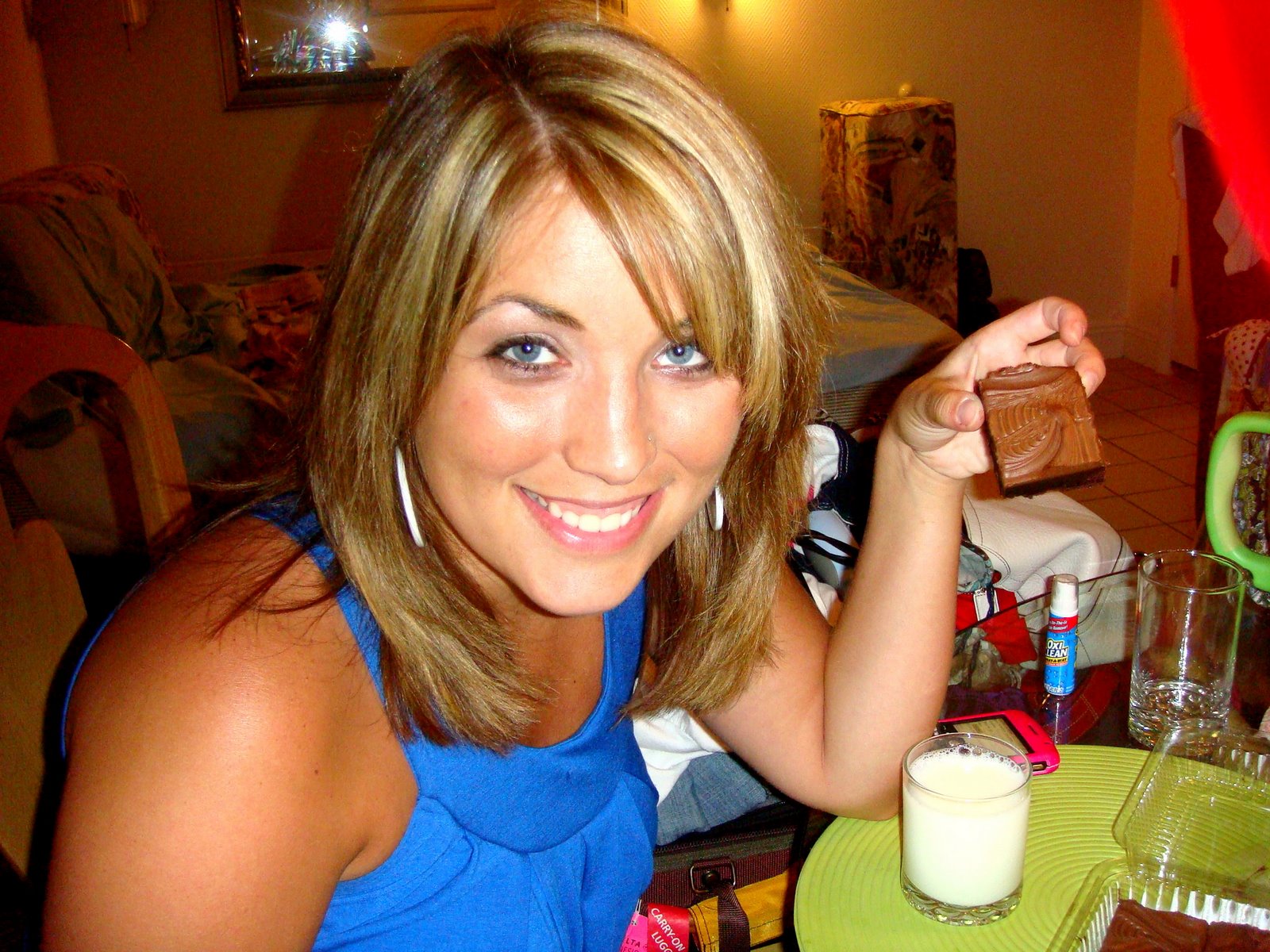 It was great for Zach and I to get alone time together to really reconnect. I thought Paris would have been a trip where we connected again after having the baby but I realize now that it was WAY too soon. I was my normal fun Emily travel self on this little trip and I know we both had a good time together.

Mom had a great time with Kye and he was a good boy for her even with his teething! On the way home he was awake for awhile and totally content playing with his book! He finally figured out that the corners have teething stuff to chew on and he went to town on it. 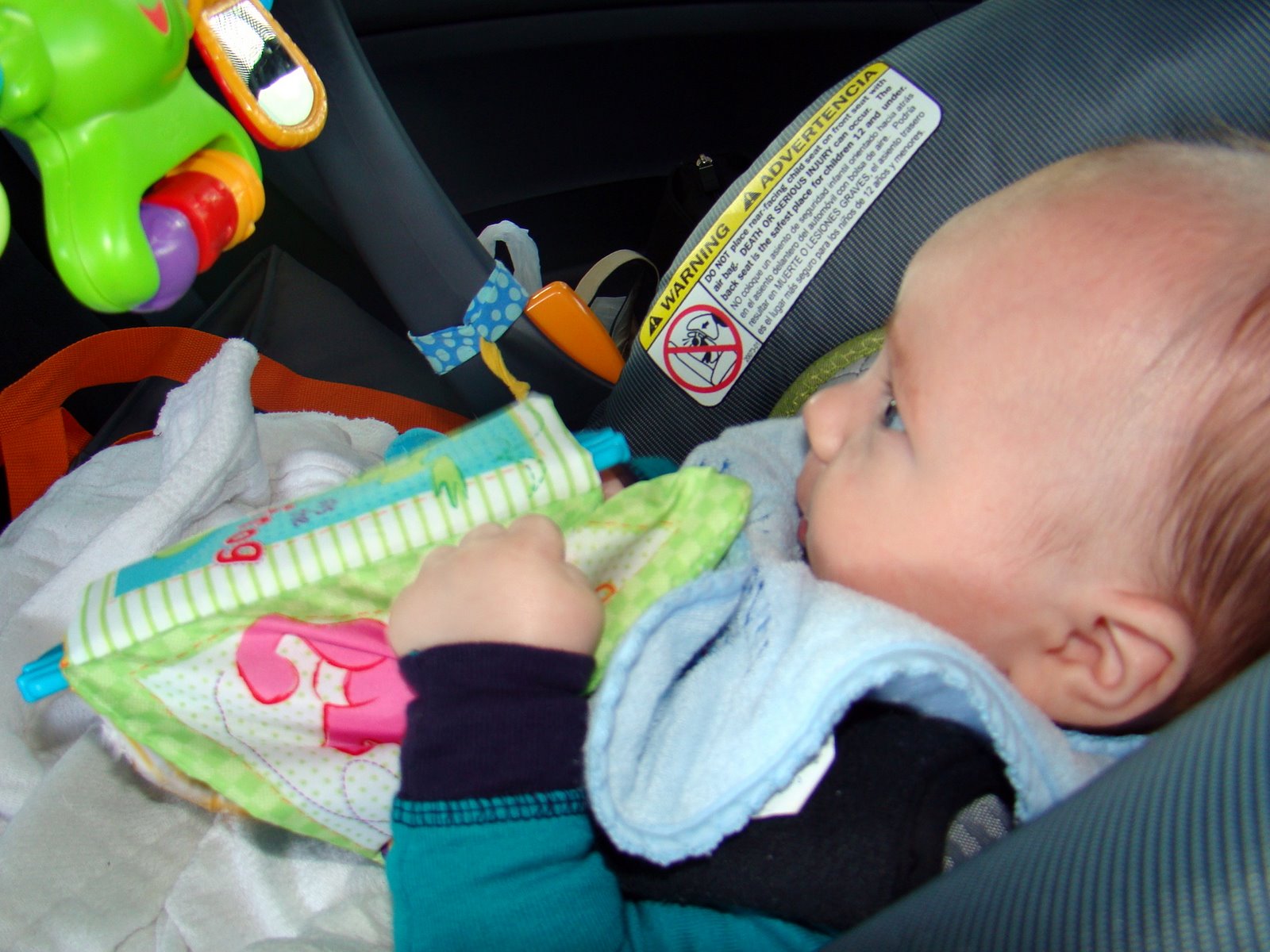 This trip really made me realize how out of it I was while in Paris. I really wasn’t my normal fun Emily travel self AT ALL. I didn’t enjoy Paris nearly as much as I should have which is really too bad. I’m still glad I went because it was a once in a lifetime chance but I feel bad because Zach didn’t have the time he should have been able to since I was so out of it. We were gone for 5 days and I honestly didn’t miss Kye at all. I don’t know if it’s because the state I was in or because he was so young but I just didn’t miss him! This little two night trip however? I missed him like crazy. Don’t get me wrong, I LOVED the alone time with my husband but I just had this little tug in my heart that wanted my baby. I’m usually super pumped for vacations and especially Aflac trips but I’m semi-nervous about the TWO 5 night Aflac trips in October! Maybe we can find a way for him to come with us to one of them? I just can’t imagine being able to be my normal travel self when I’ll miss him so much! 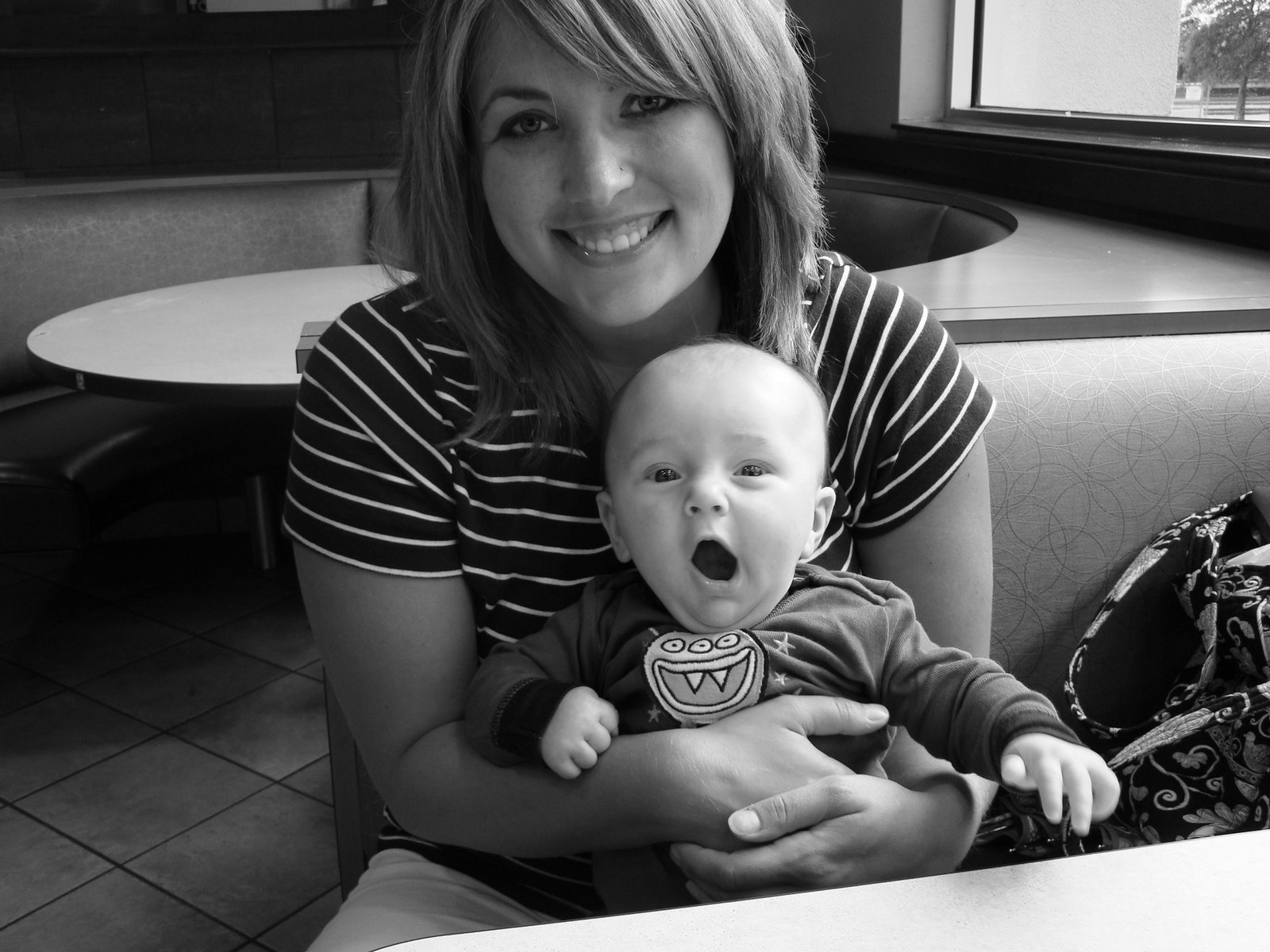