I LOVE that Mr. Rusty values the husbands and wives of Aflac and our contribution to the success of the agents in his district. It’s SO NICE that he always includes us in his kick-off parties each year. Last year he was nice enough to even let us bring Britt along since she was a newborn 🙂 Since Zach is a CIT (which means “coordinator in training) we like to do something to show our appreciation for his team. Really, nothing is expected of us. I’m pretty sure Zach is probably the only CIT in the country that has contests and gives gifts to his people but he takes his manager position seriously and I’m proud of his giving spirit. At the time of the kick-off he had NINE people on his team (now I think it’s down to six?) so we tried to get creative with something we could do for each of them. Aflac gear is a common gift to give out but at this point I think everyone has everything from Aflac possible haha! We thought Zaxby’s gift cards would be great because they all spend a lot of time driving in their cars with work and a free meal is always well appreciated, right? 🙂 I came up with the idea of making them cute in their presentation and I really like how they turned out! I didn’t find the idea on Pinterest or anything…it’s completely my own 😉 The little tag says “Thanks for being part of Z’s team!” 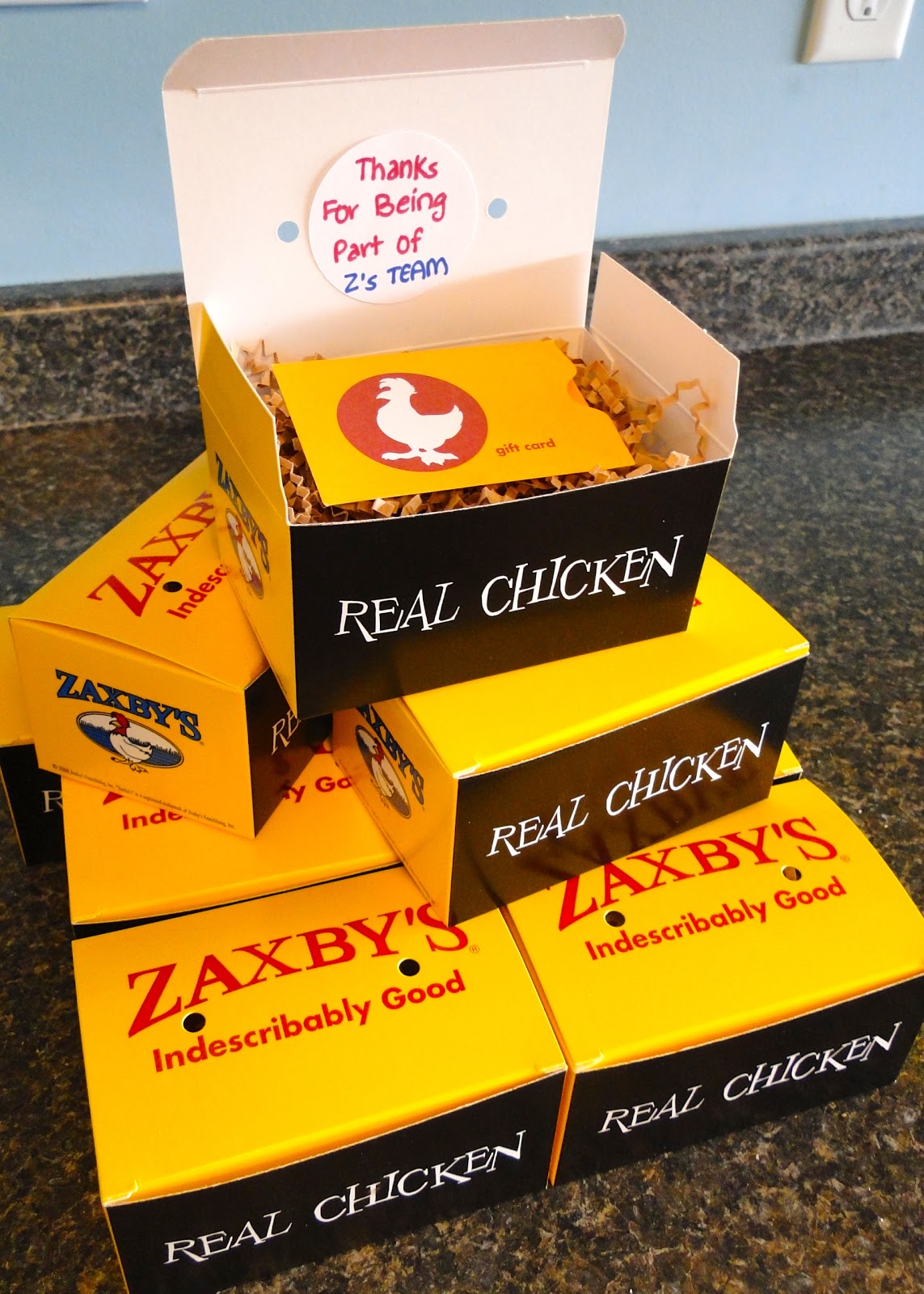 Since most of our family would be at the event we asked Mema and Jolee to come to the house and watch the kids for us. The dinner was at Austin’s Steakhouse and we left plenty early to get there in time. We ended up having a good chunk of time just the two of us. And what else do you do when you’re just hanging out waiting? Take pictures, of course! And yes, those are the size 36 pants on Zach I was talking about…skinny!!!!! 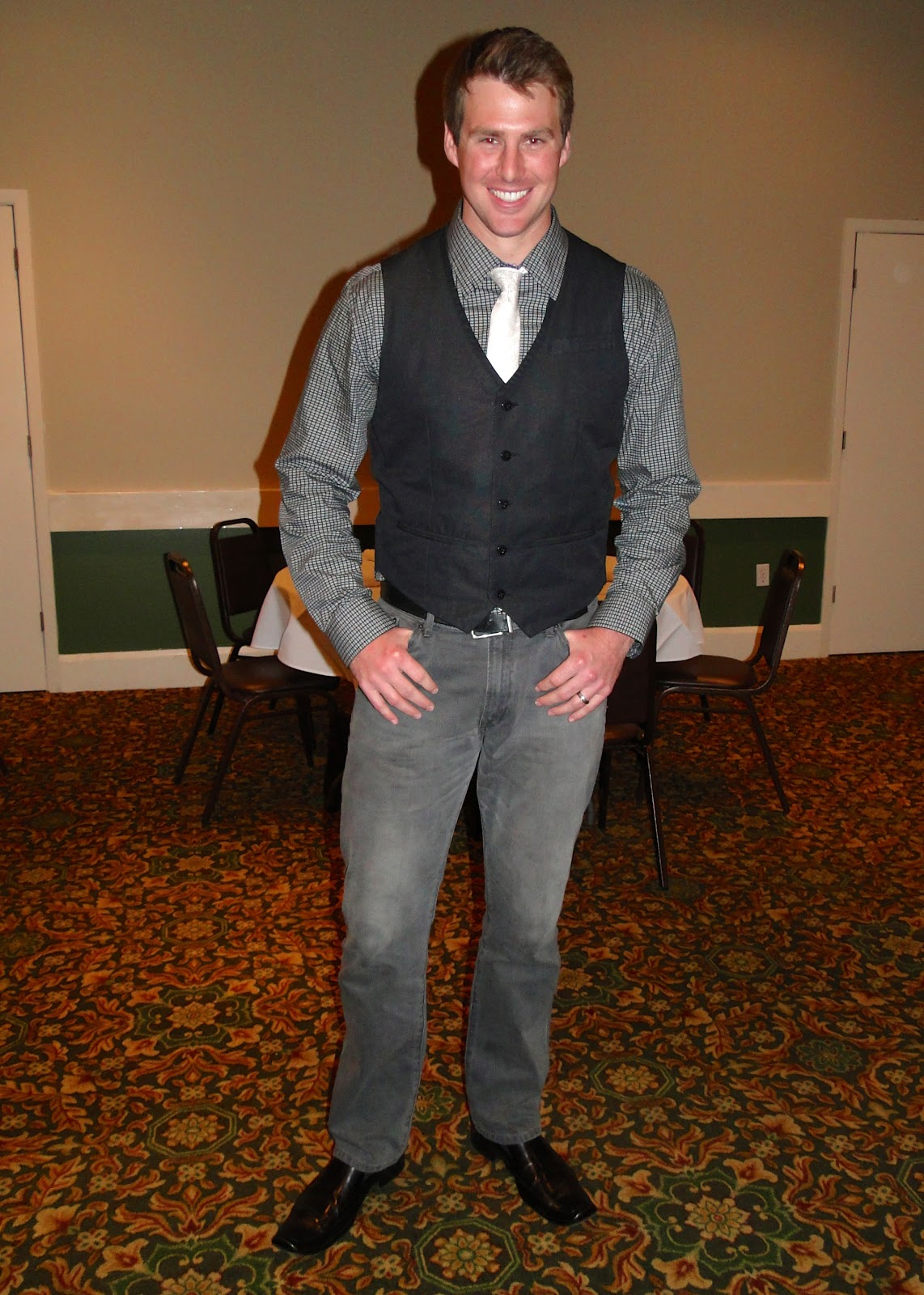 With my foot issues heals were a no-go so I tried to put something together that still looked dressy enough to match Zach. I mean I like to be over-dressed but Zach LOVES it haha Most people there were in jeans but he wore a dang vest and tie 😉 I love that about him though!!! I’ve taught him well, right? 😉 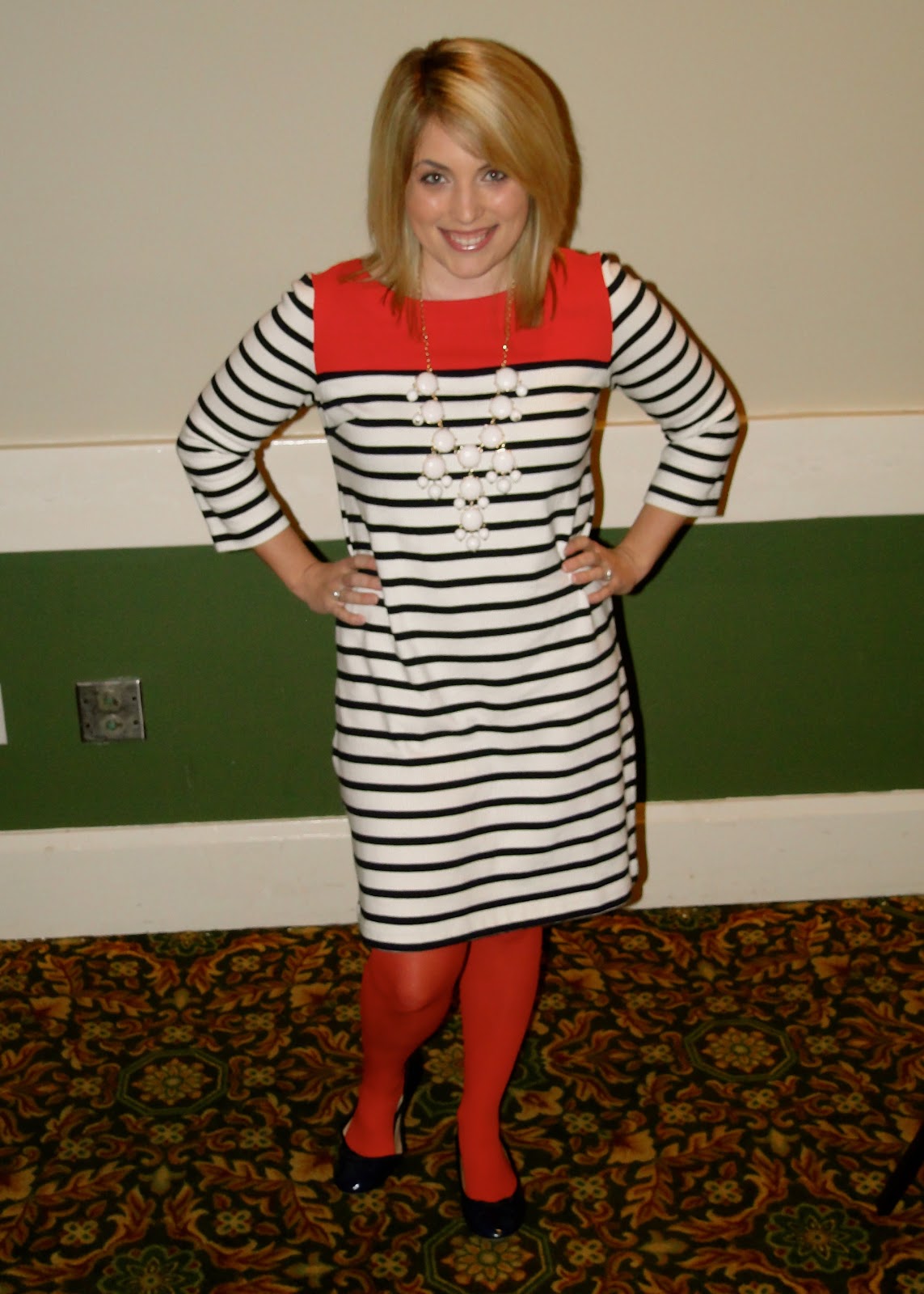 A lot of awards and prizes and such were handed out and Mr. Rusty asked for there to be pictures taken. I took a couple but Zach took most of them (as you will be able to tell from all the goofiness!). Zach won for top associate in the district and it was awesome that Mr. Rusty gave him a golf trip as his prize. They just got back yesterday from 4 days together in Florida playing 5 rounds of golf at beautiful courses! I know Zach appreciated it SO MUCH and had an amazing time. I, of course, kinda wish he’d gotten cash so I could have benefitted from it too hahahaha Seriously though, it was a trip of a lifetime for him and I love that he and his dad always have such a great time together like that! 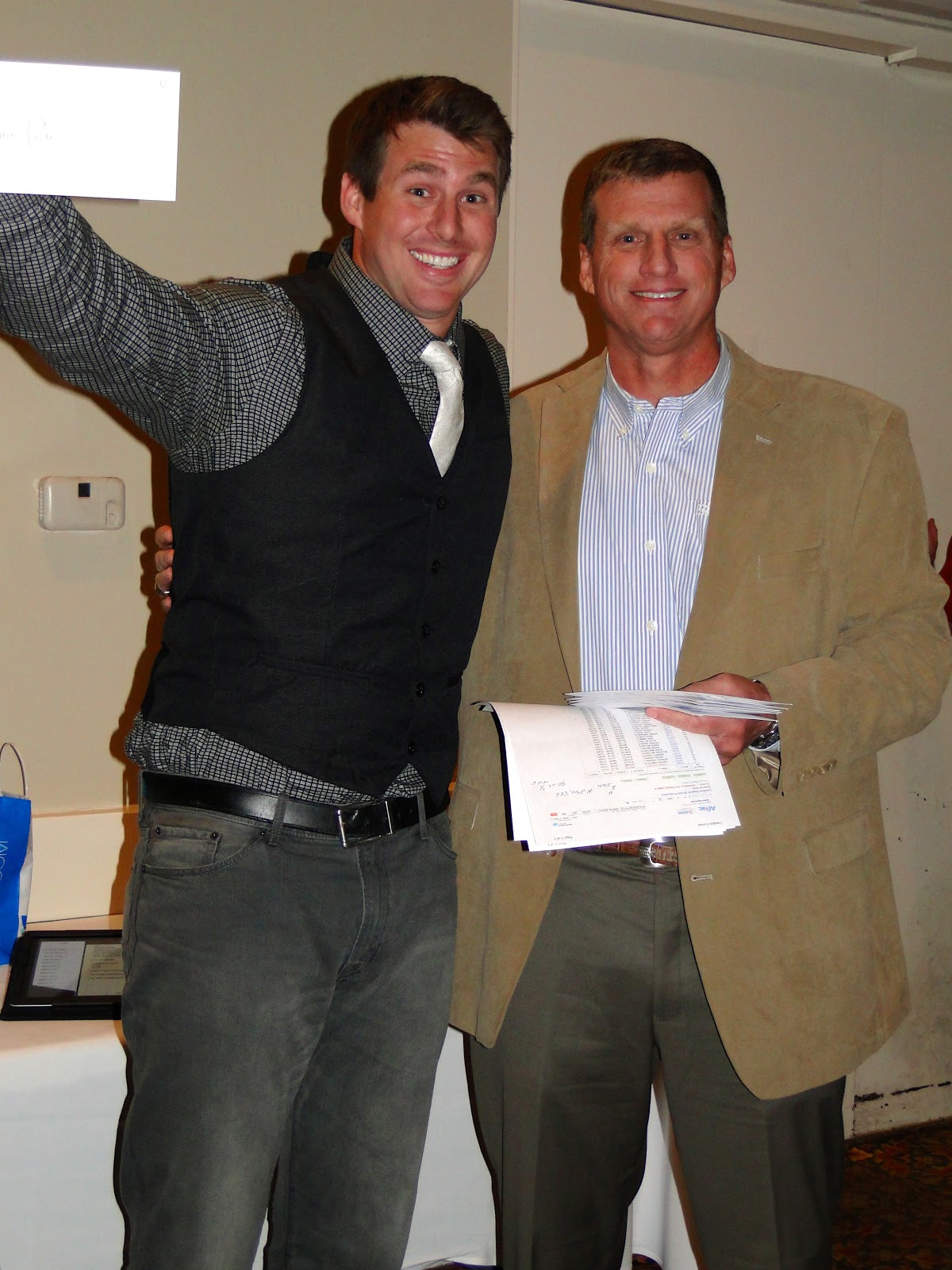 Here are all the team members getting their prizes and awards! 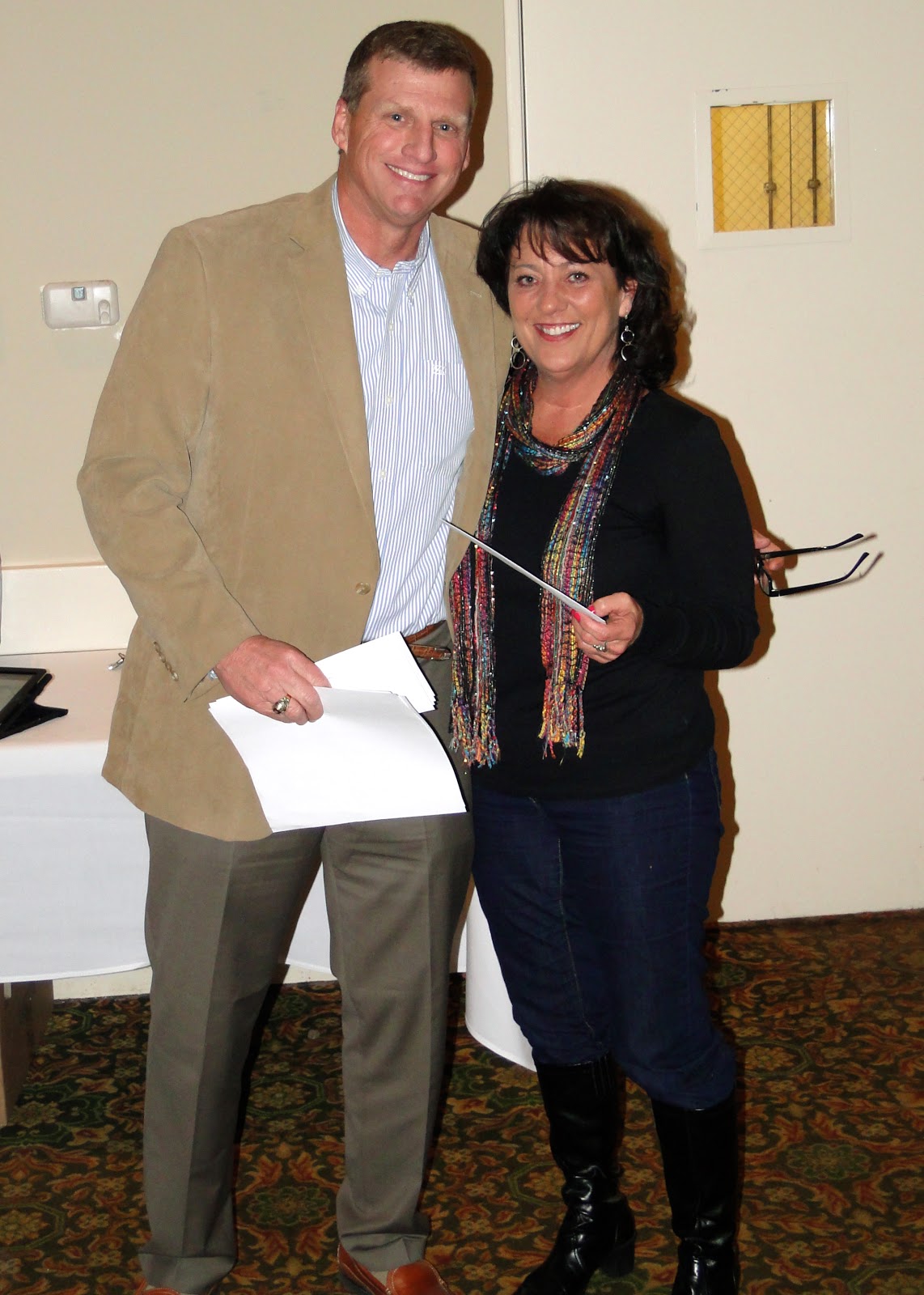 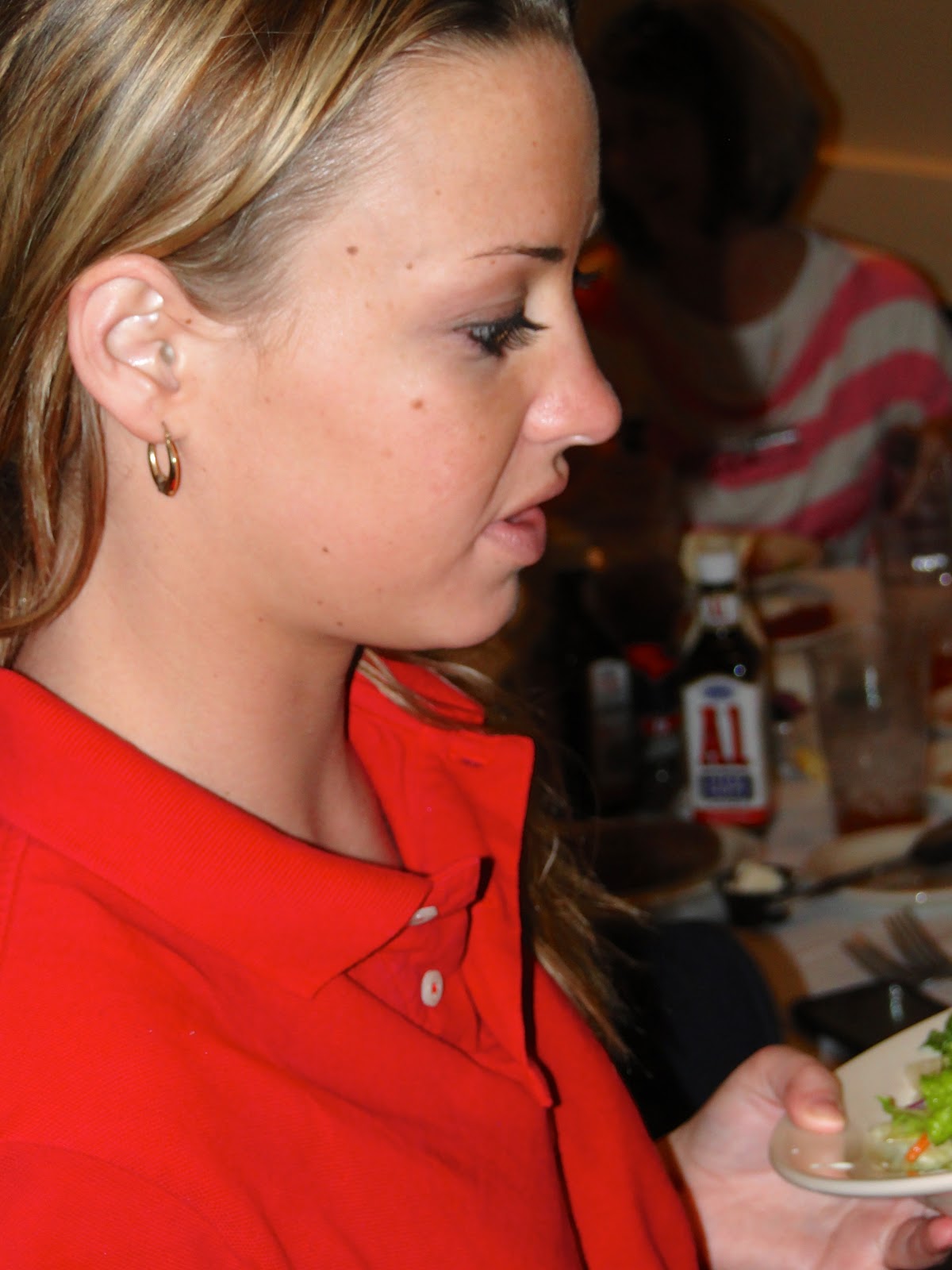 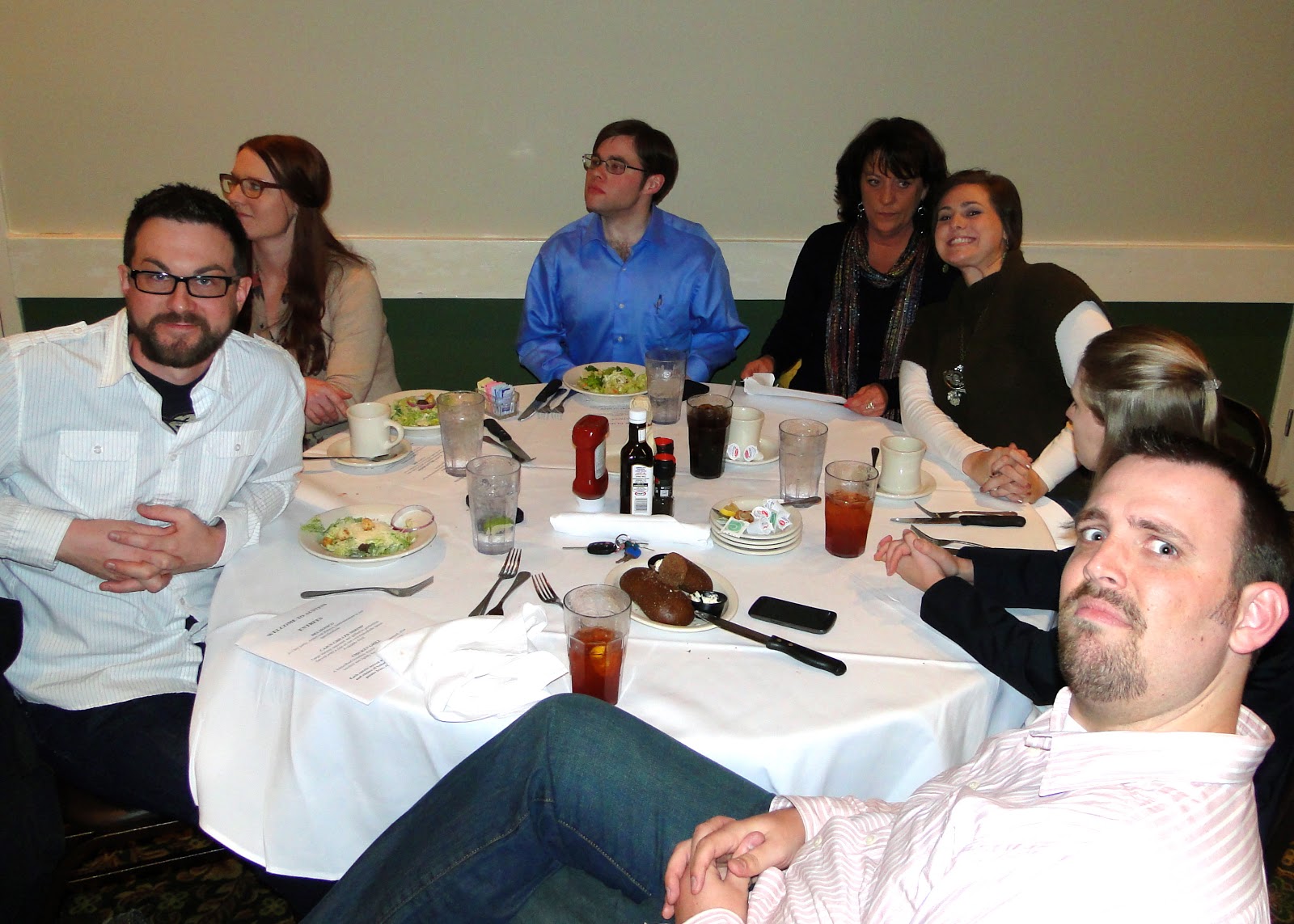 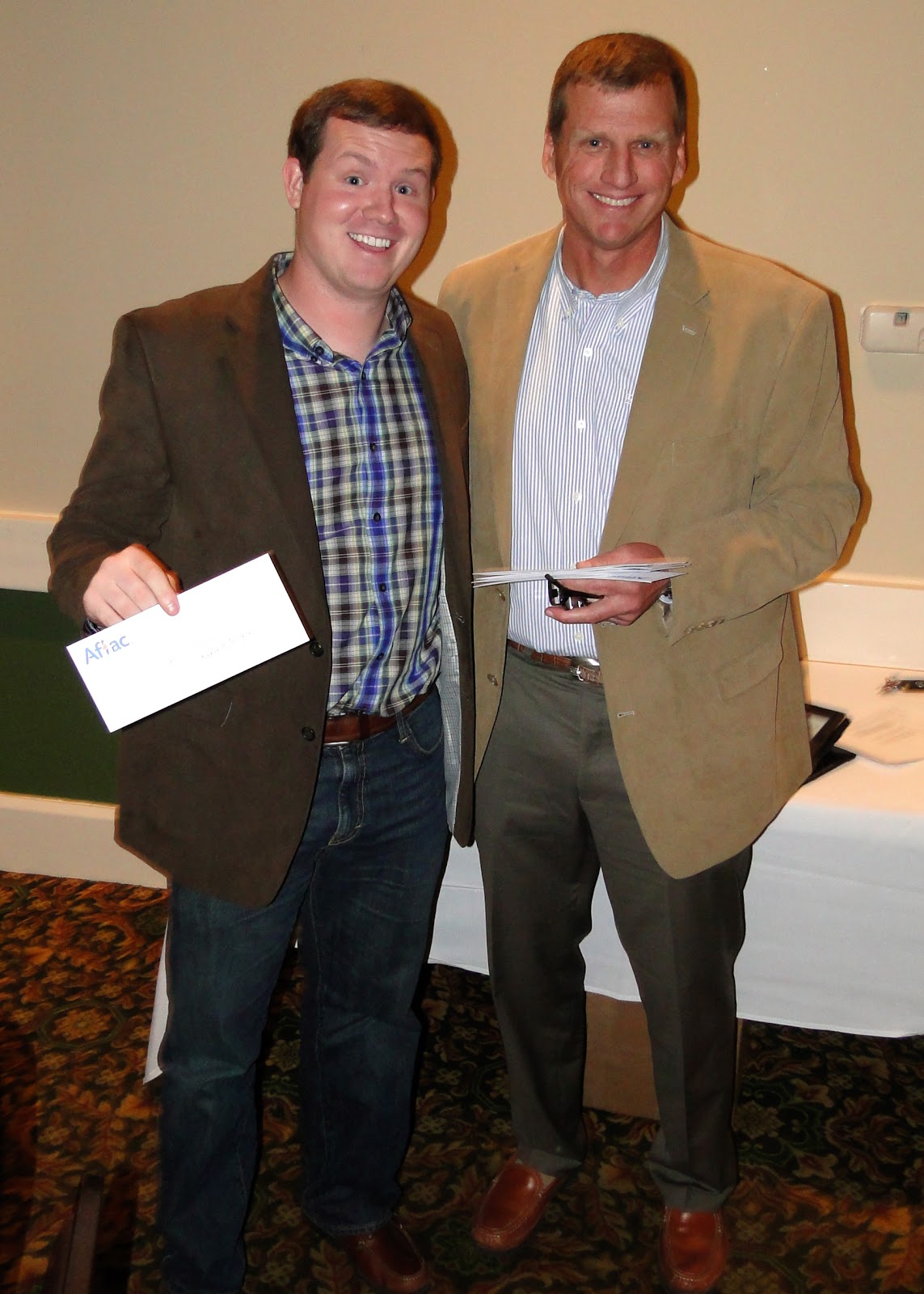 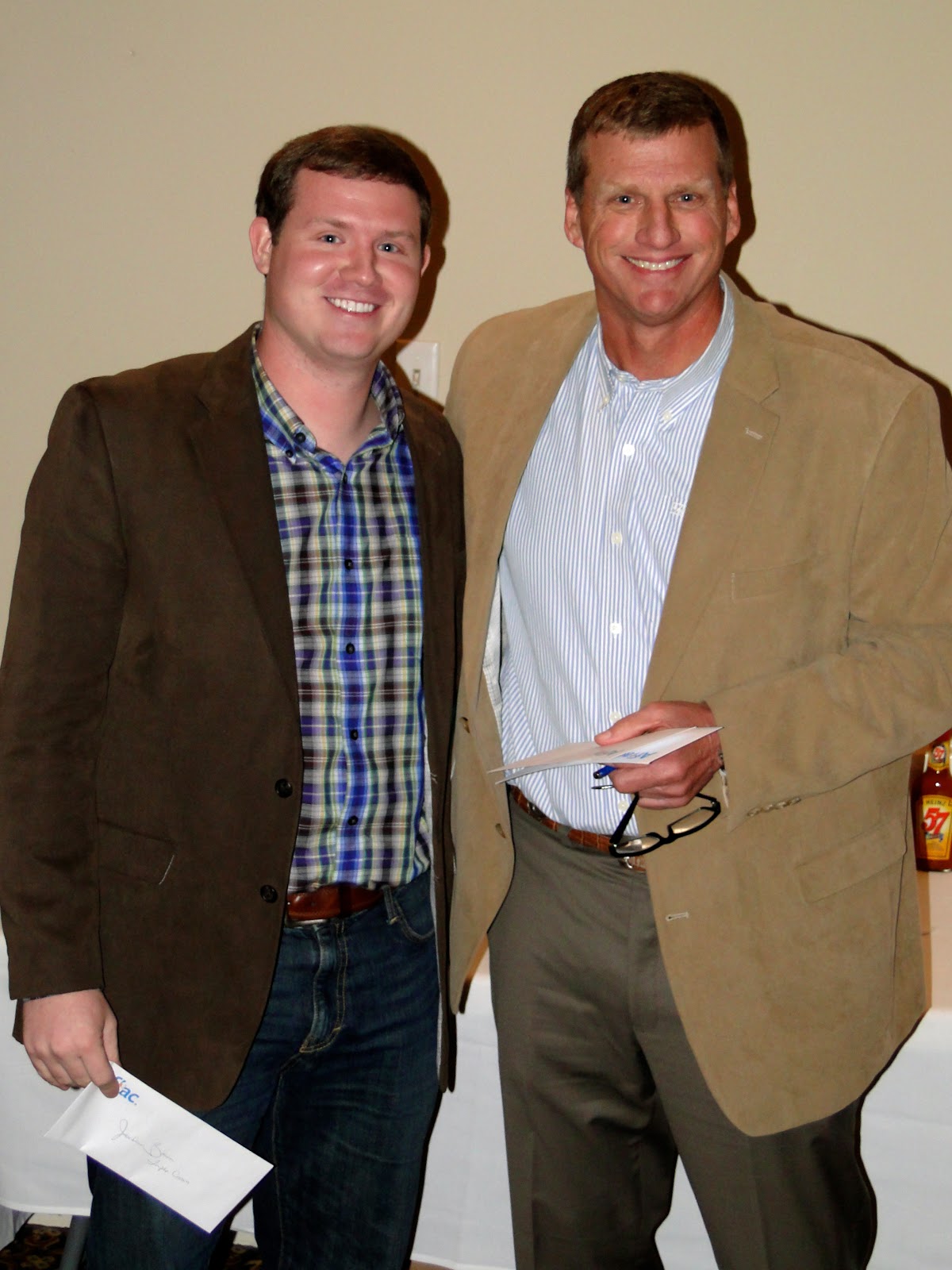 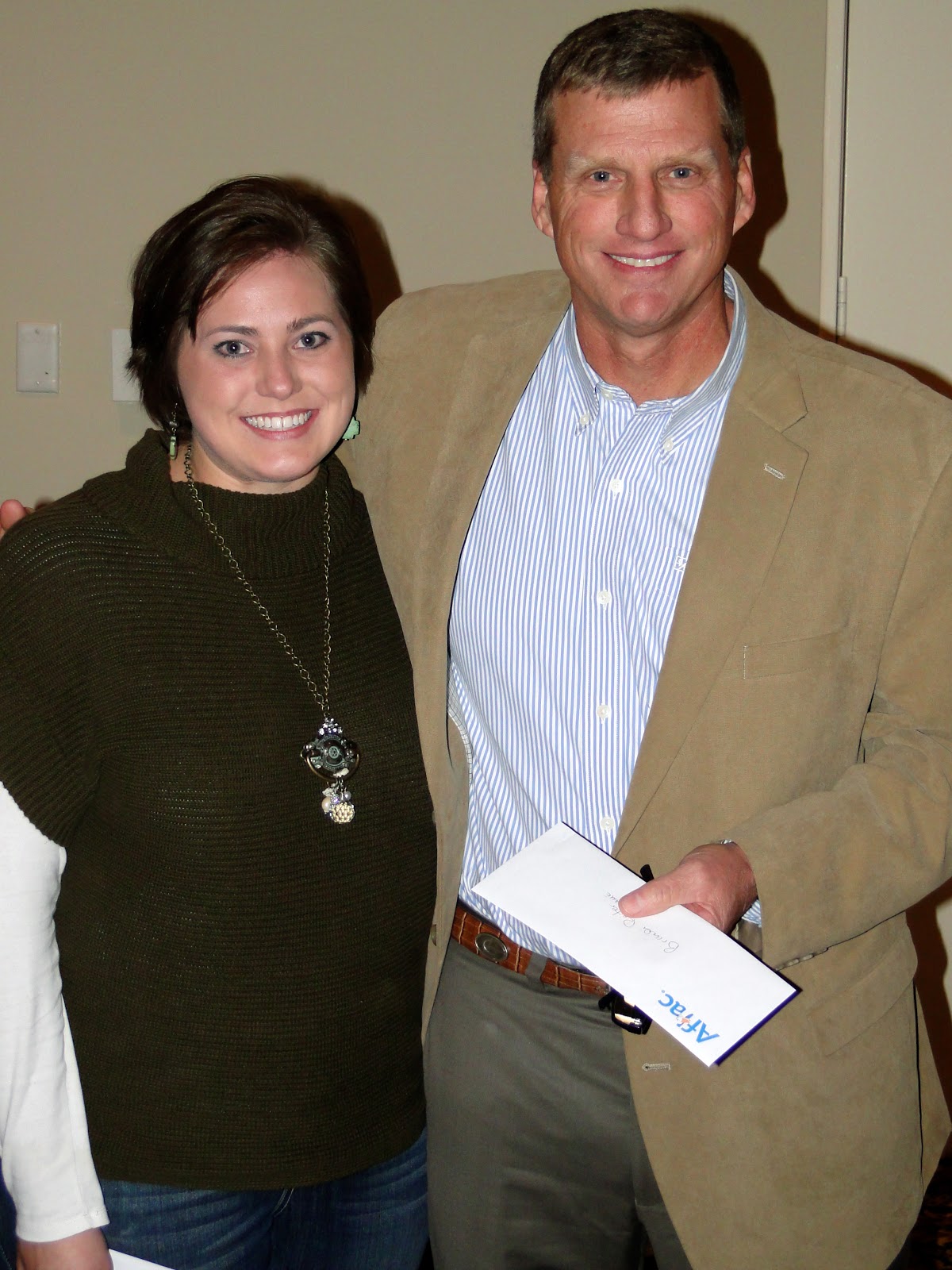 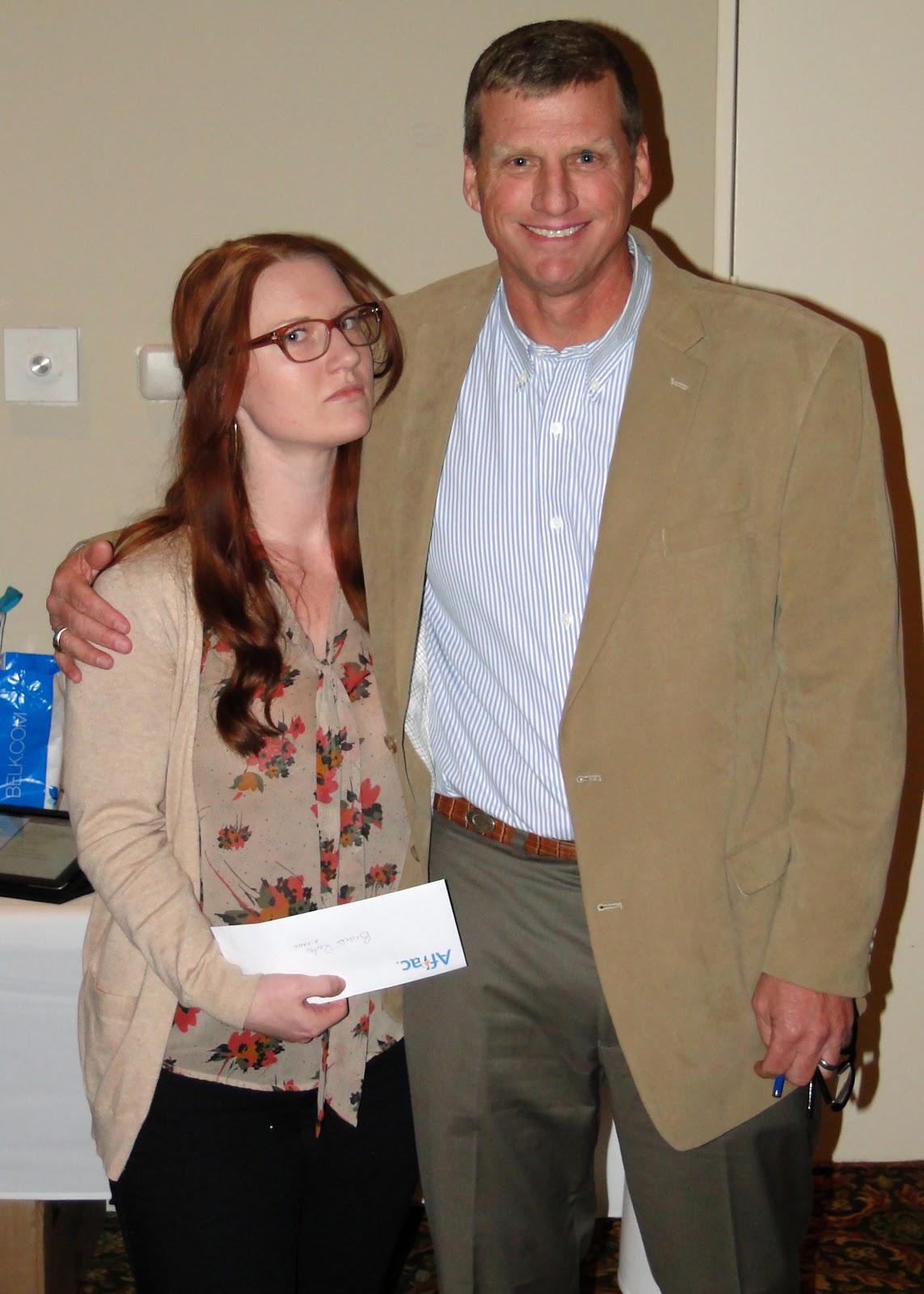 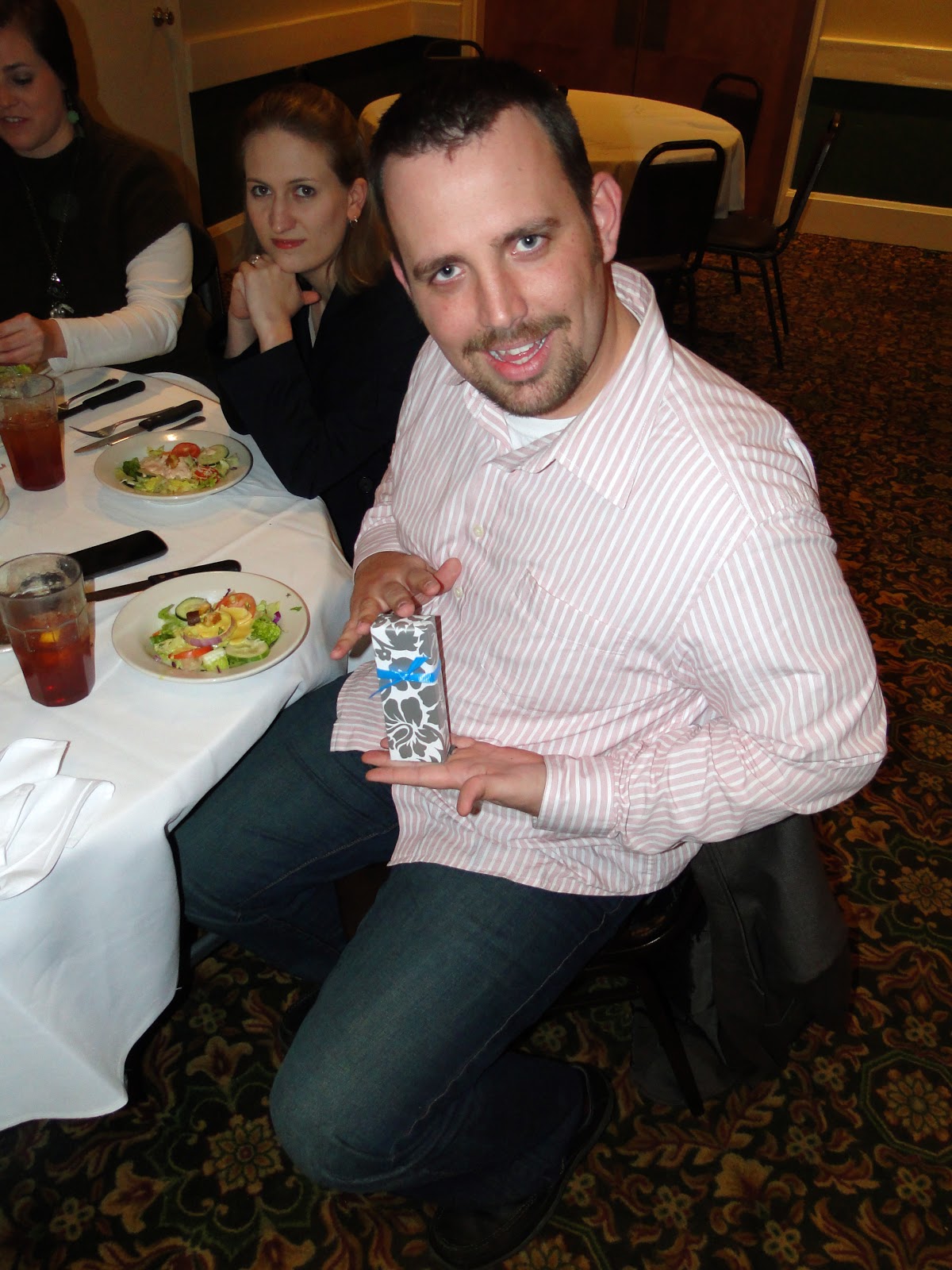 The food was great and the company was wonderful! We had a great time at our table cracking jokes and laughing together. We are so blessed to work for such a fabulous company and get to share that experience with so many people we care so much about!!! Mrs. Charlotte even gave out a little gift to the spouses…cute little measuring spoons! Mine were heart shaped and I love when I measure stuff out how it comes out of the spoon in a heart 🙂 They also gave out some Aflac gear to everyone…I love the file folder thing Zach got, it makes a great toy basket for my car haha 🙂

We were having such a great time that we made a quick stop by The Mix with some of the crew for more fun and lots of yummy treats. It was my first time getting froyo (or any ice cream for that matter) since my 24 Day Challenge and I may have gone a bit overboard about it. I had so many toppings that I had to transport mine into a bigger cup and it ended up weighing 19 oz haha! 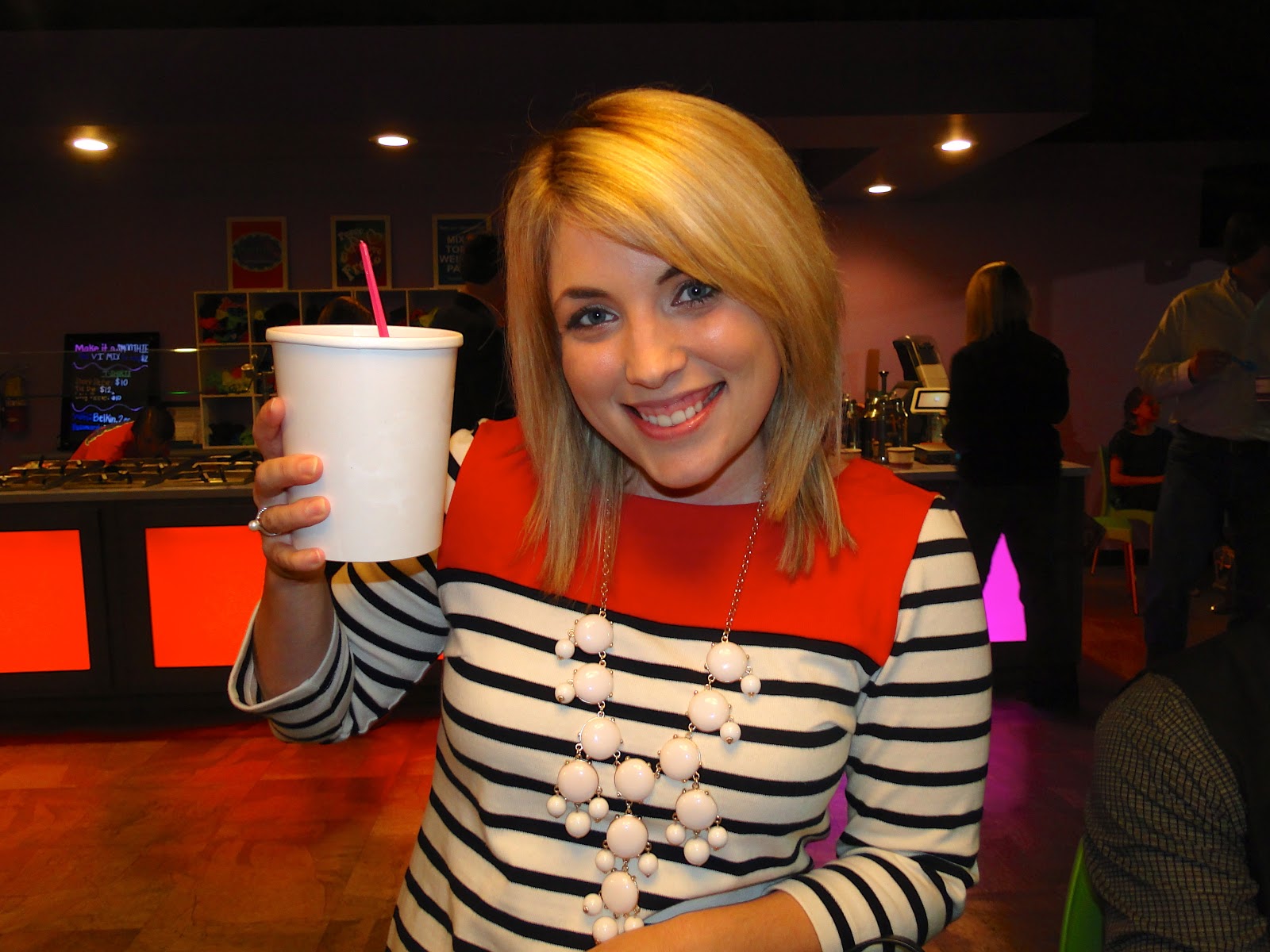 We seriously had SUCH a great time. It was one of those rare times where you just kinda forget that you’re a grown up and a parent and just feel like you’re right back in high school or something 🙂 I think we all laughed quite a bit (which is a LOT for me…I’m not a big laugher haha). We, of course, had to get some group shots before heading home! 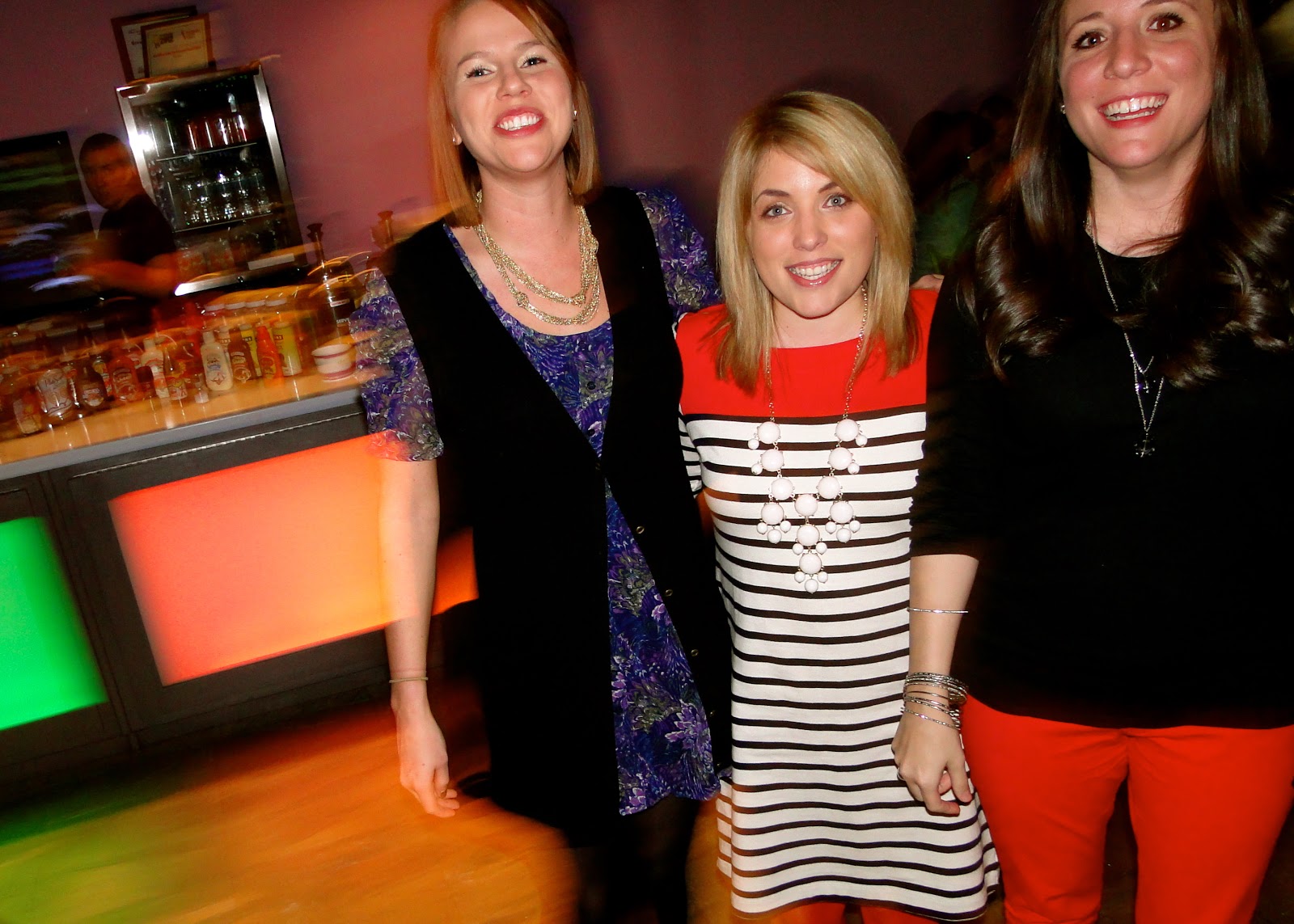 The girls! I was happy to finally meet Claire!!! 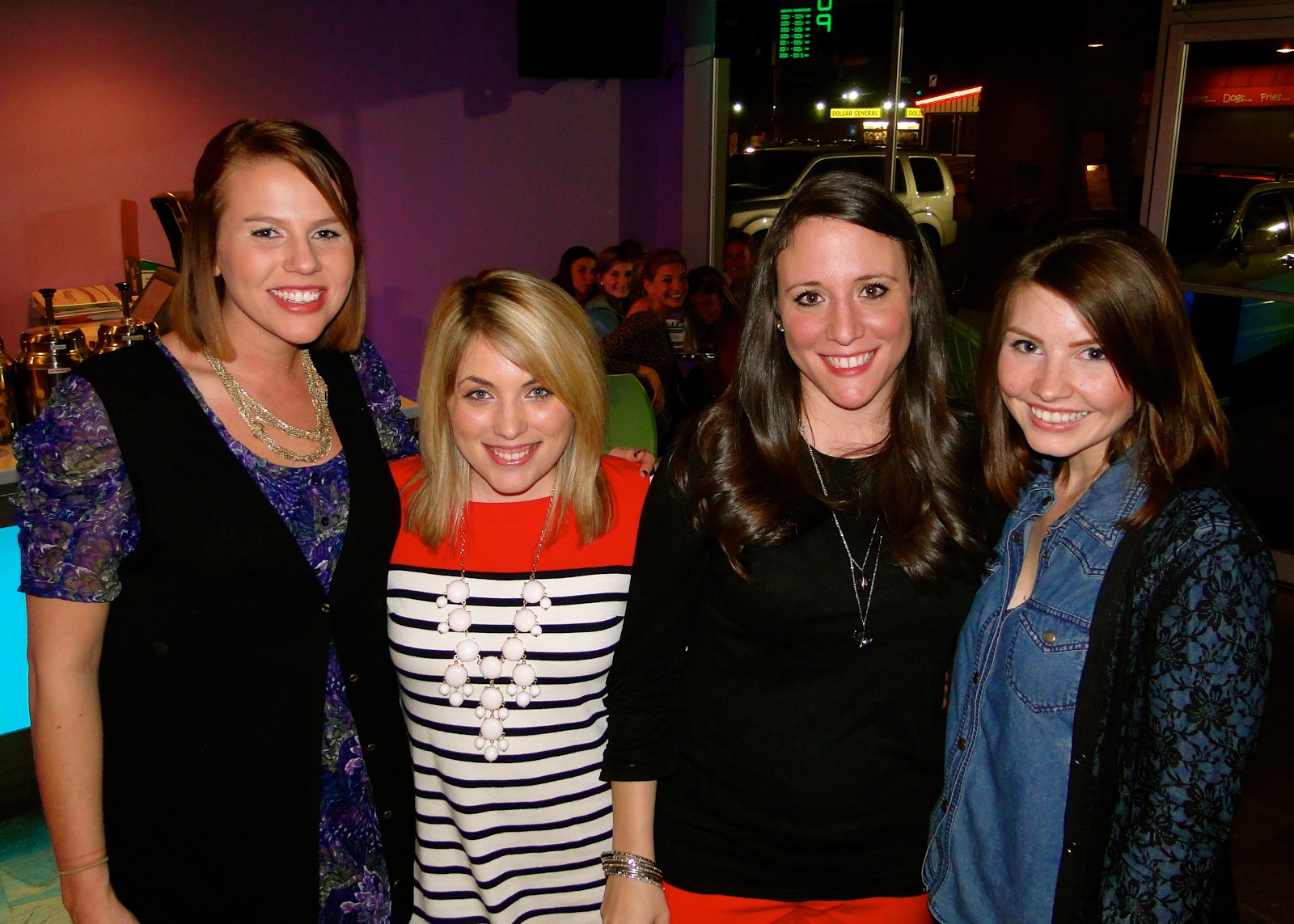 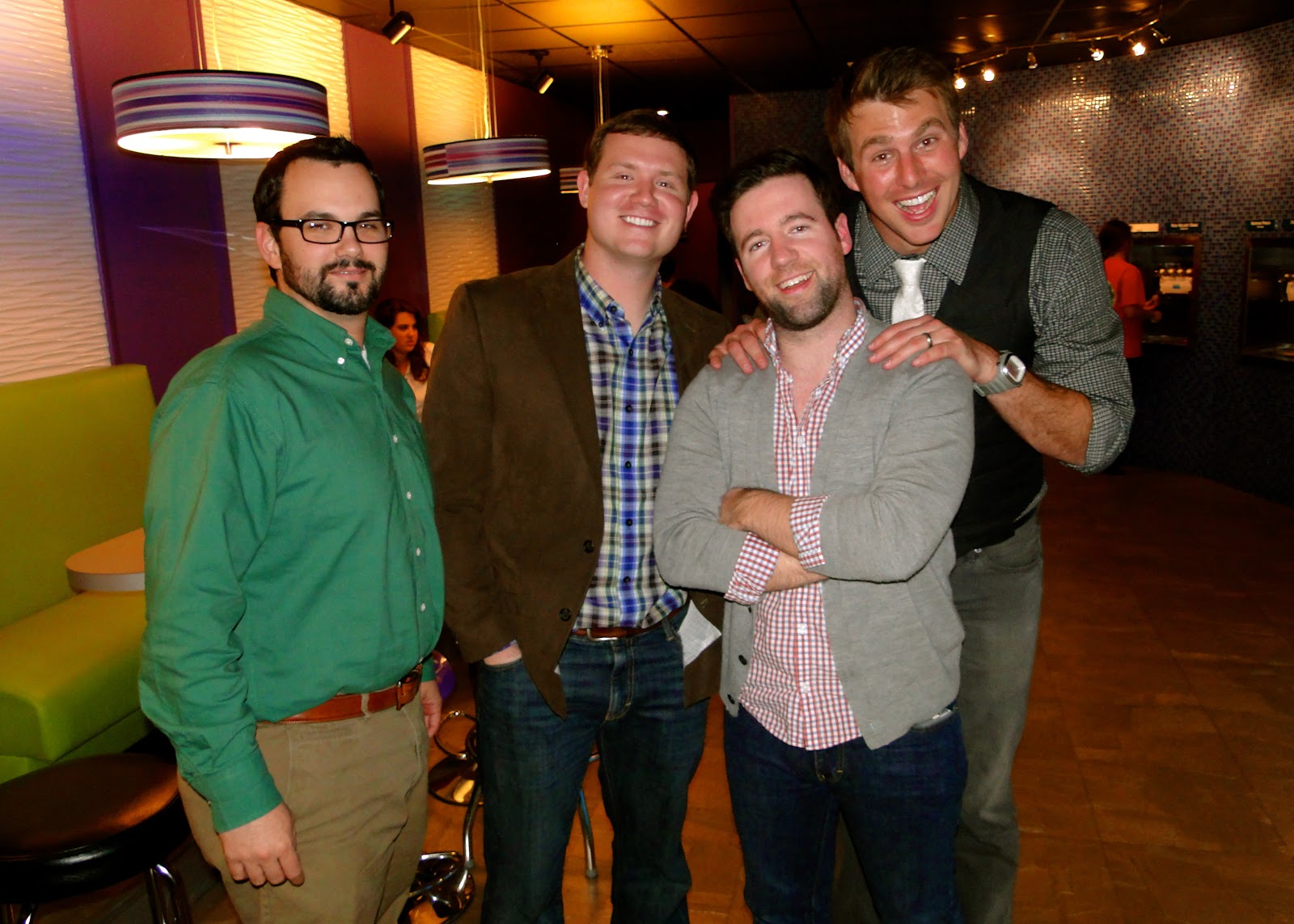 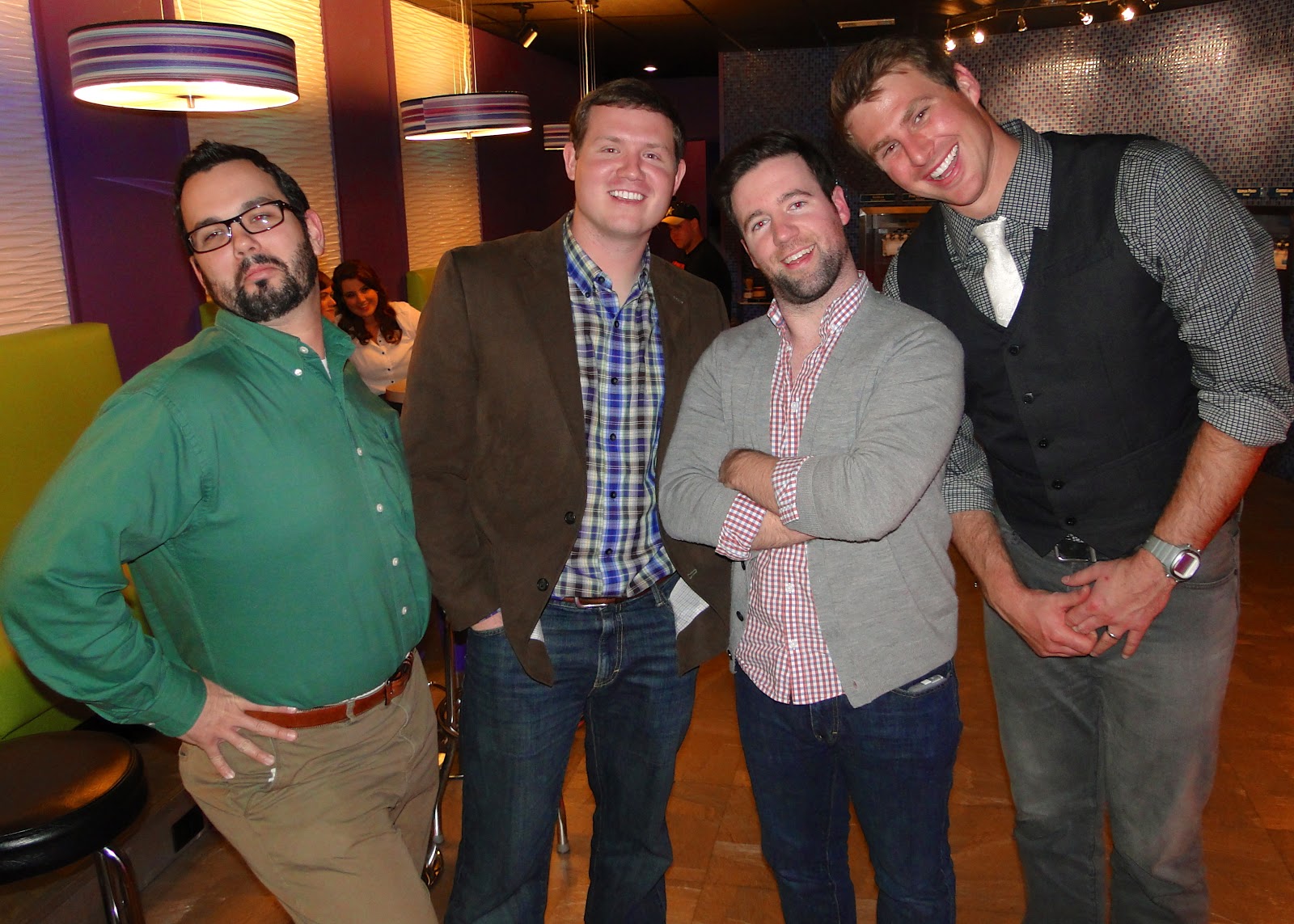 This is their Boy Band CD Cover Photo 😉 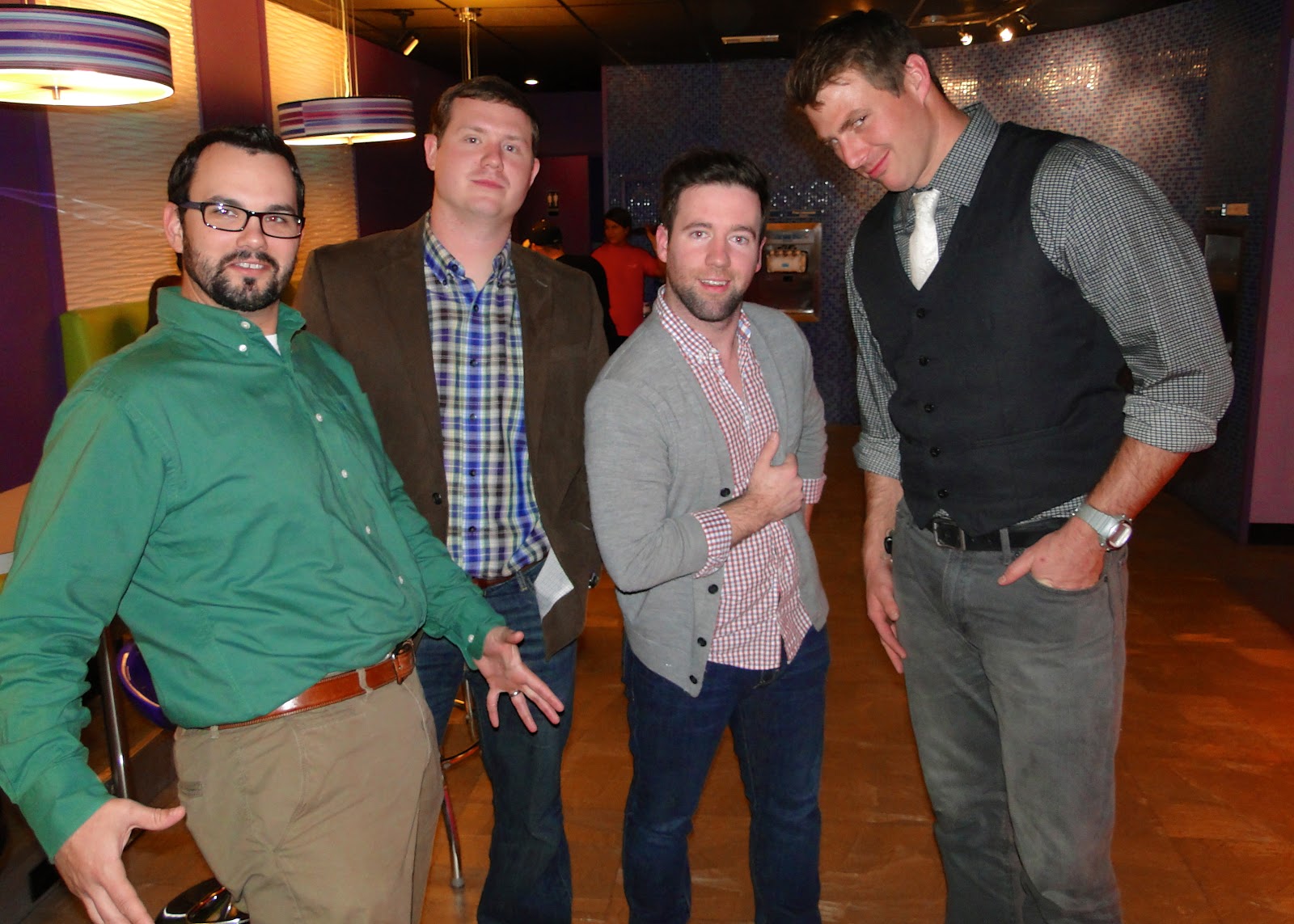 Casey and Jordan came back to the house with us and we played a round of Loaded Questions (it’s Jordan’s favorite haha). I LOVE board game nights!!! We used to play board games ALL. THE. TIME. Back in the day. Pre-kids 🙂 Now it’s tough to get people together to play because so many of our friends have kids too! We are taking full advantage of hanging out with Casey and Jordan as much as we possibly can before they start popping out the little ones and can’t go and do as easily as they can now!

There are so many exciting things to come in the year ahead with Aflac…I’m truly so proud of Zach and all of his hard work. I’m thankful that Aflac has provided so much for our family and especially that his successes have allowed me to stay at home with my children. I’m beyond blessed and forever grateful for that!!! Plus Zach’s his own boss meaning we have the time to go on family vacations together AND we get to go on such fabulous Aflac trips too!!! As I mentioned, Zach is in management now and is always looking for people to add to his team! Let me know if you have any questions or think Aflac may be a good fit for you 🙂 Can’t wait to see what is to come this year!