Okay. So everyone knows that Zach, my husband, works for Aflac right? Well did you know just how many people in our lives actually work for Aflac too? Zach’s Dad worked with the company for 20 years then left for awhile and has just come back into it this past June as Zach’s district coordinator (so, yes, his boss). Zach’s Mom, Mrs. Charlotte (you’re welcome Stephanie haha), helps Mr. Rusty with his position but also works for several agents as a side job handling their claims (we pay her to do Zach’s). Several other family members are also Aflac agents but aren’t currently hardcore (like Aunt Karen, Mr. Rusty’s cousin, etc). Over the past several months we’ve added more people to the crew! Mom moved up from Melbourne, left teaching, and now is an Aflac agent (and Zach is her “CIT” so he has helped train her). Then Matt, Robyn‘s husband, left his position as music minister at their church and he’s an agent too (also in Zach’s CIT). Isn’t that nuts?!?! We are ALL in each others business, huh? 🙂

Anyways. Back in December Mr. Rusty planned on throwing a party for his district. It never really happened so he turned it into a kick-off party for 2011. He and Mrs. Charlotte hosted it at a new local restaurant a couple of Friday nights ago. We were all looking forward to going because 1) free food 2) presents 3) hanging out with mostly all the people we’re close to! It was funny because we actually had to find someone to watch Kye since all our on the reg sitters were at the party (luckily Casey, aka “Case” as Kye calls her, didn’t mind coming over to help).

We were some of the first people to arrive (suck-ups) so we (meaning I) took advantage of the photo opportunity:

this is their “what’s up with dat?” pic 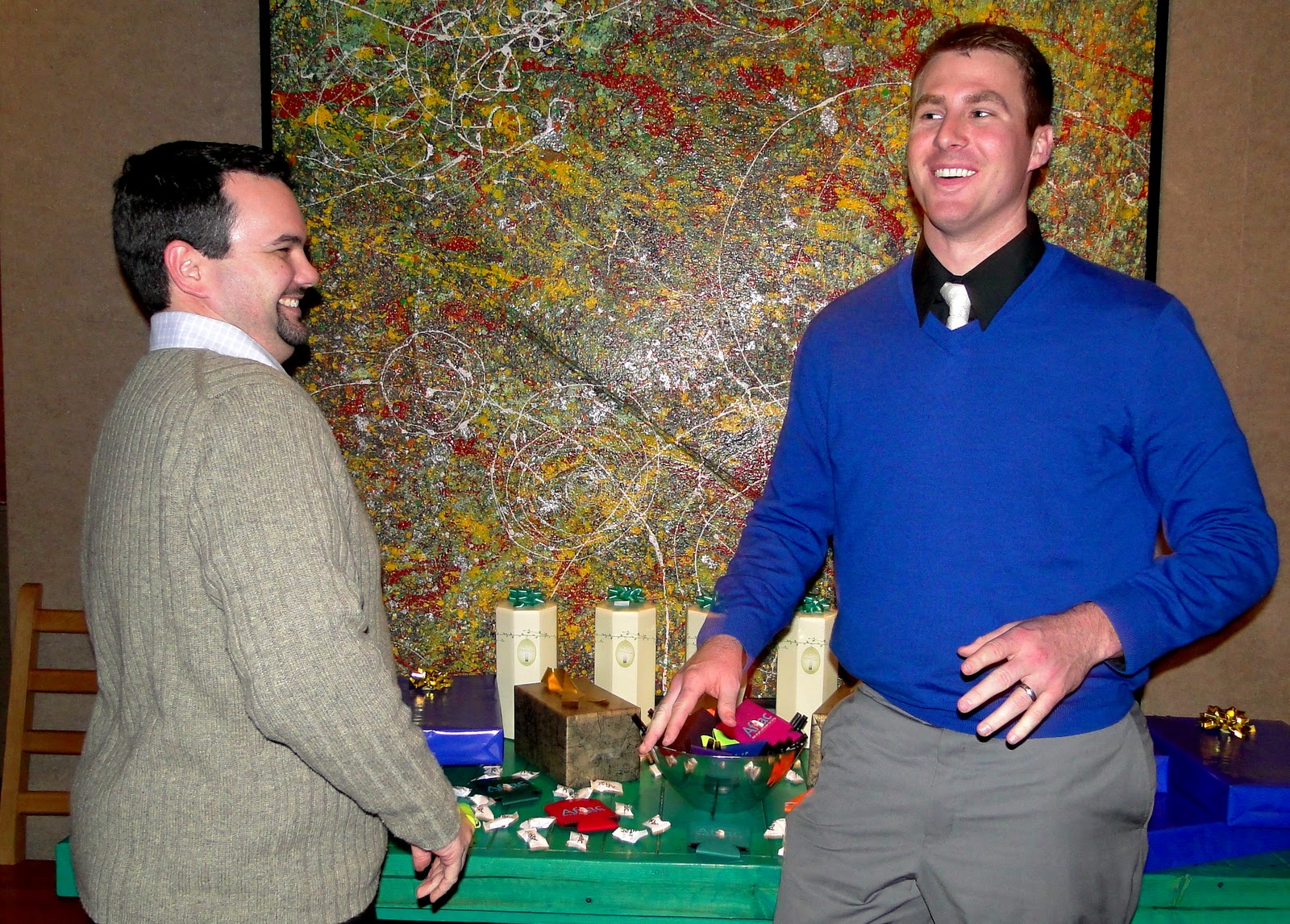 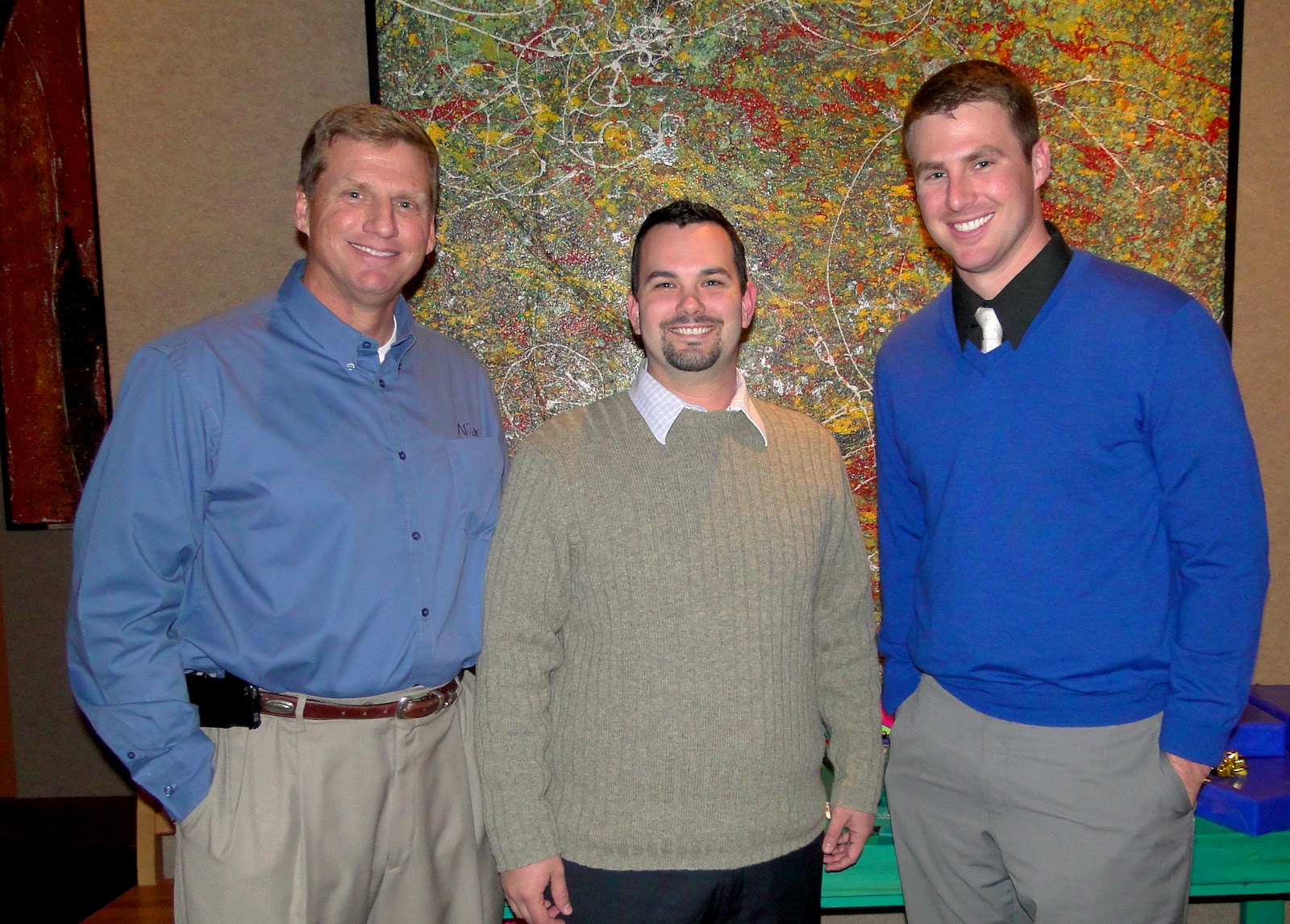 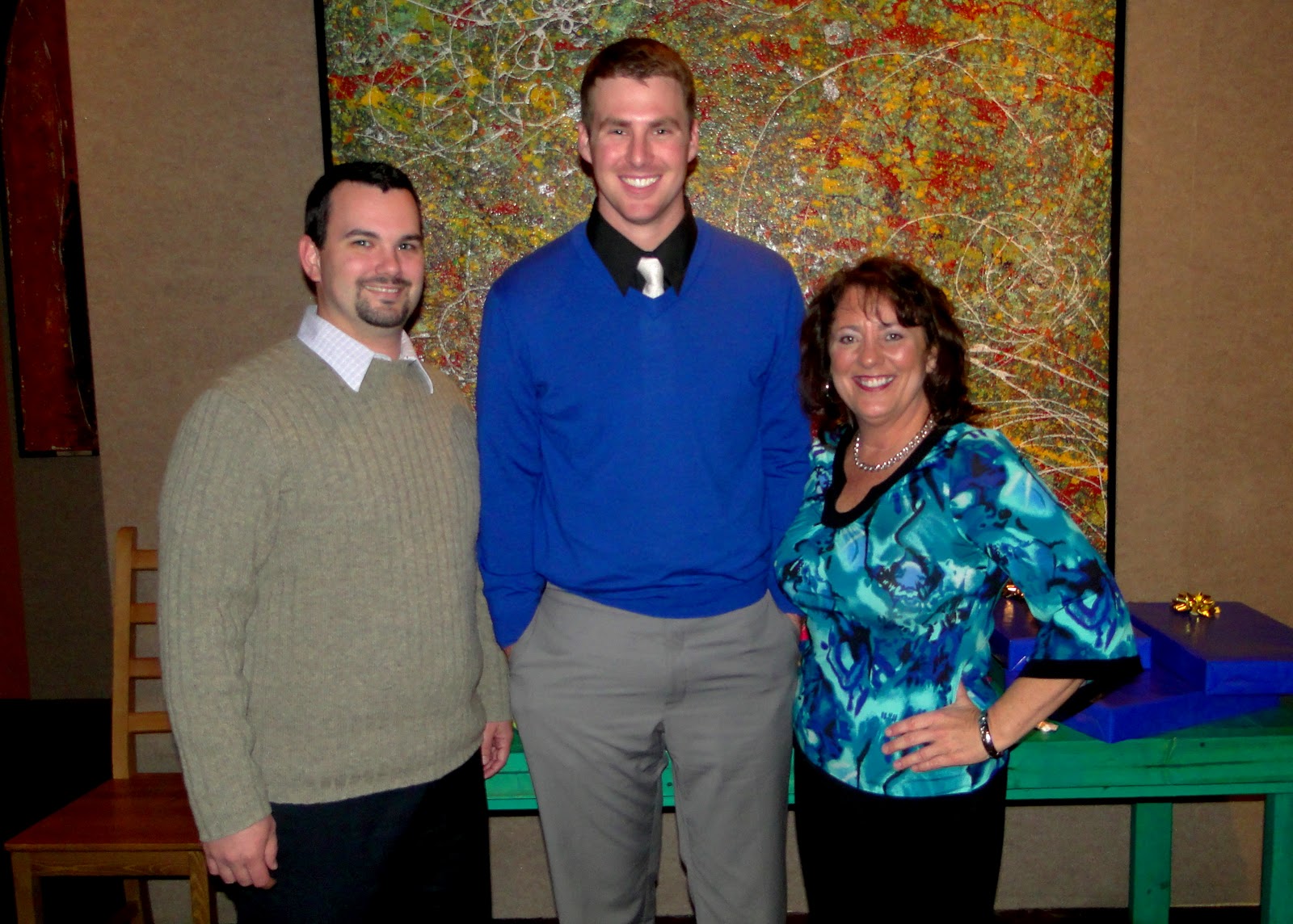 (Mrs. Charlotte, ME, and Robyn) 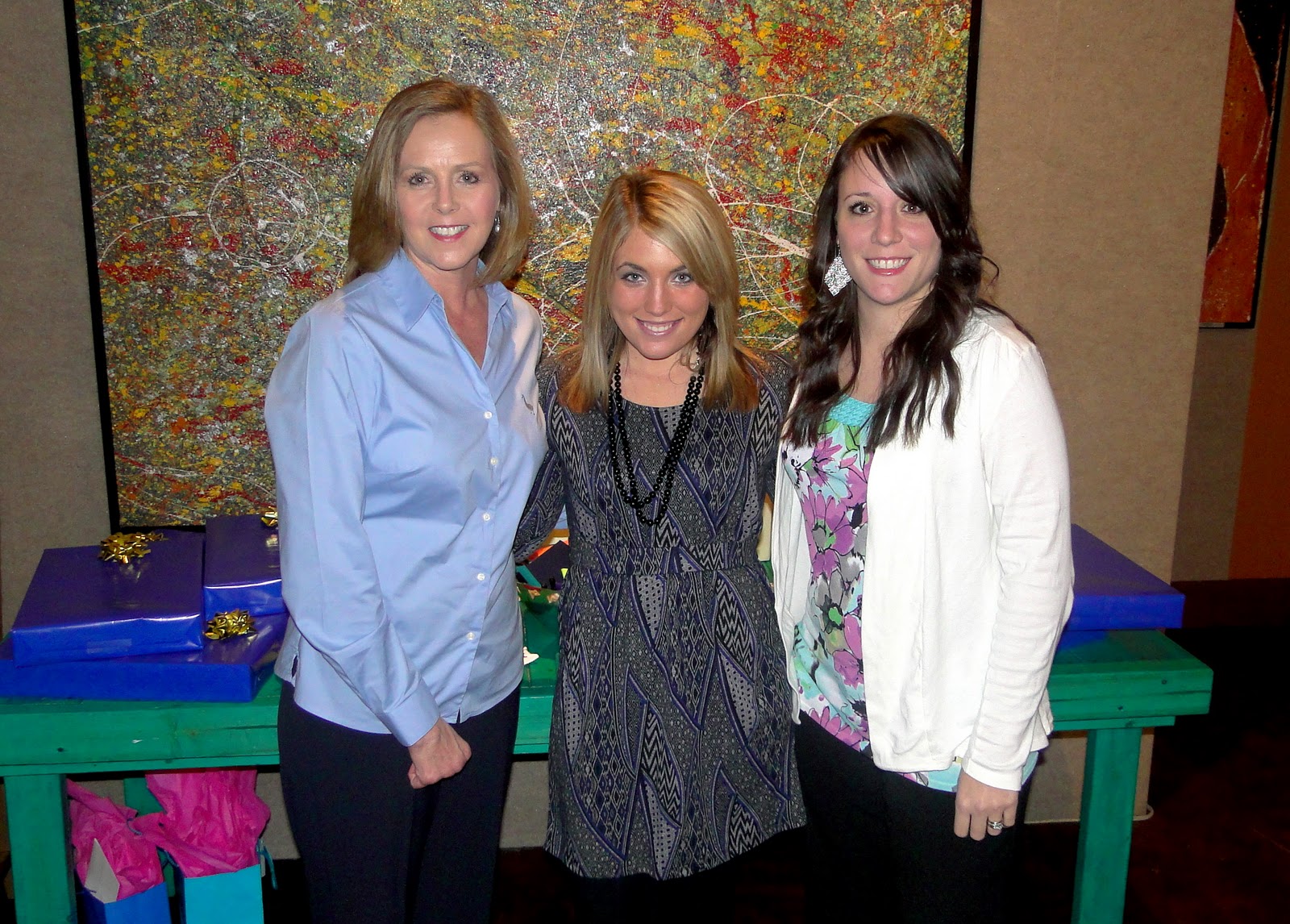 sidenote: How do you like the artwork behind all the pics? I’m going to contact the artist and see how much he’d charge to do one to match our colors for above our mantel! 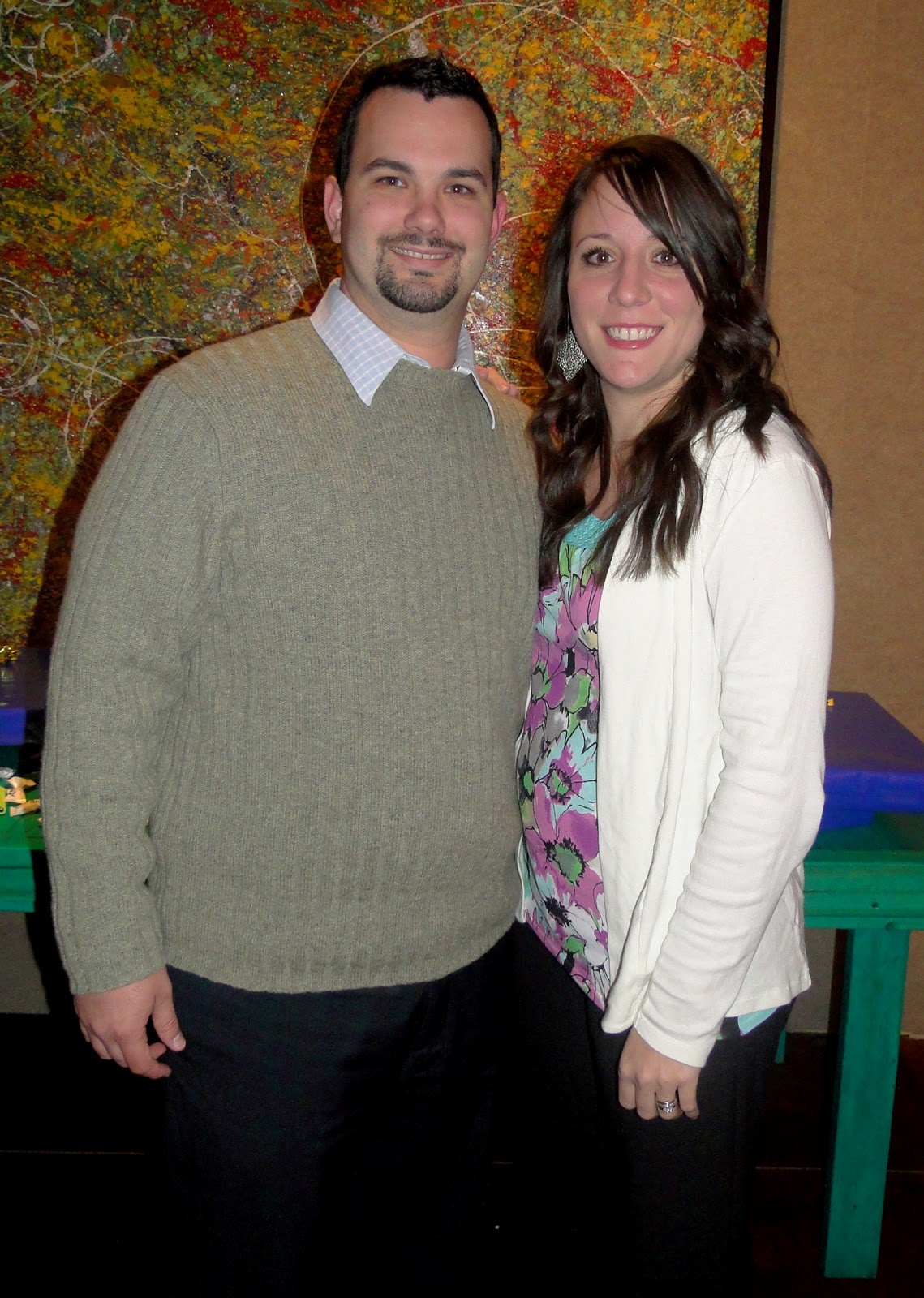 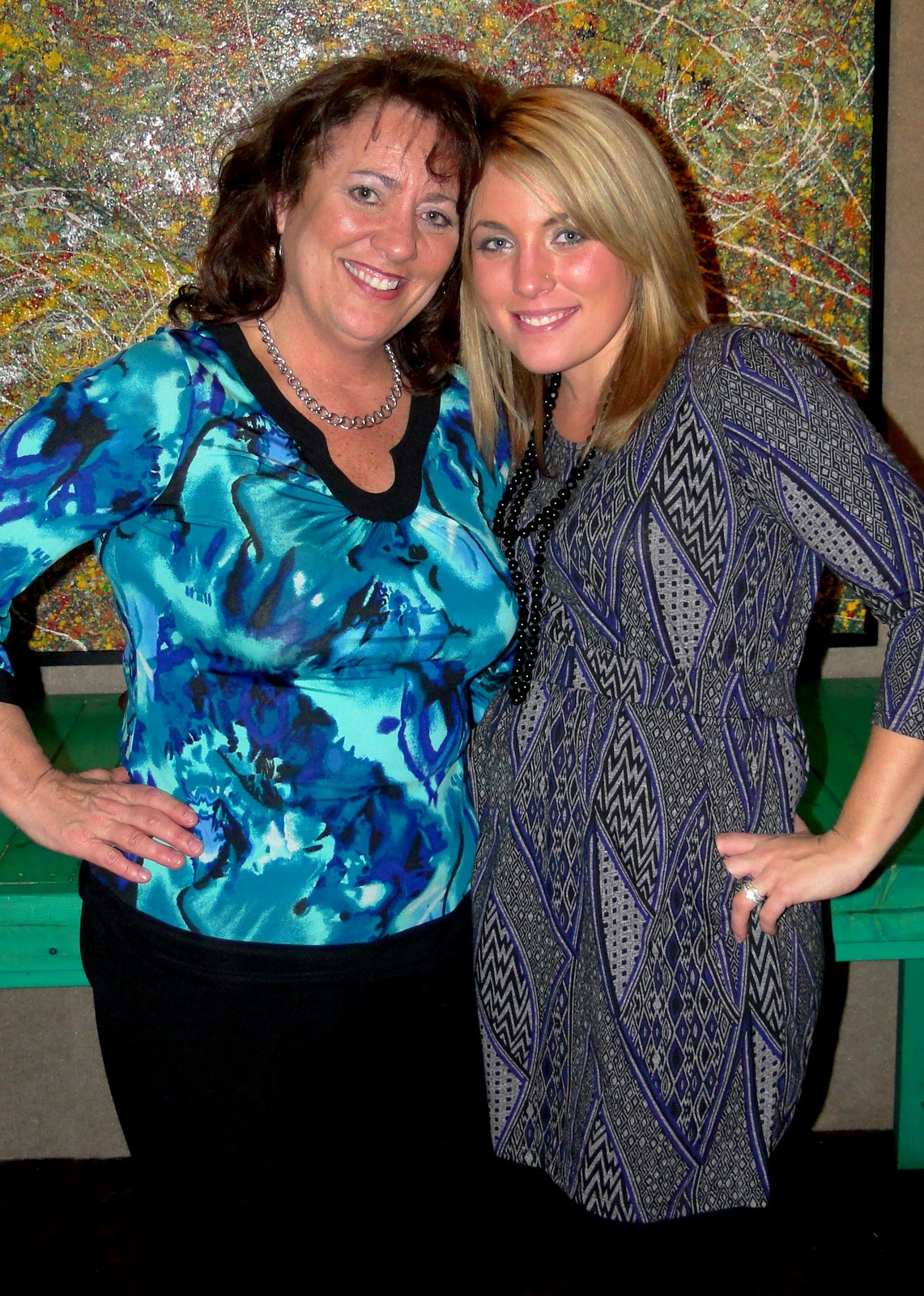 Yes we match. And yes, we planned it! 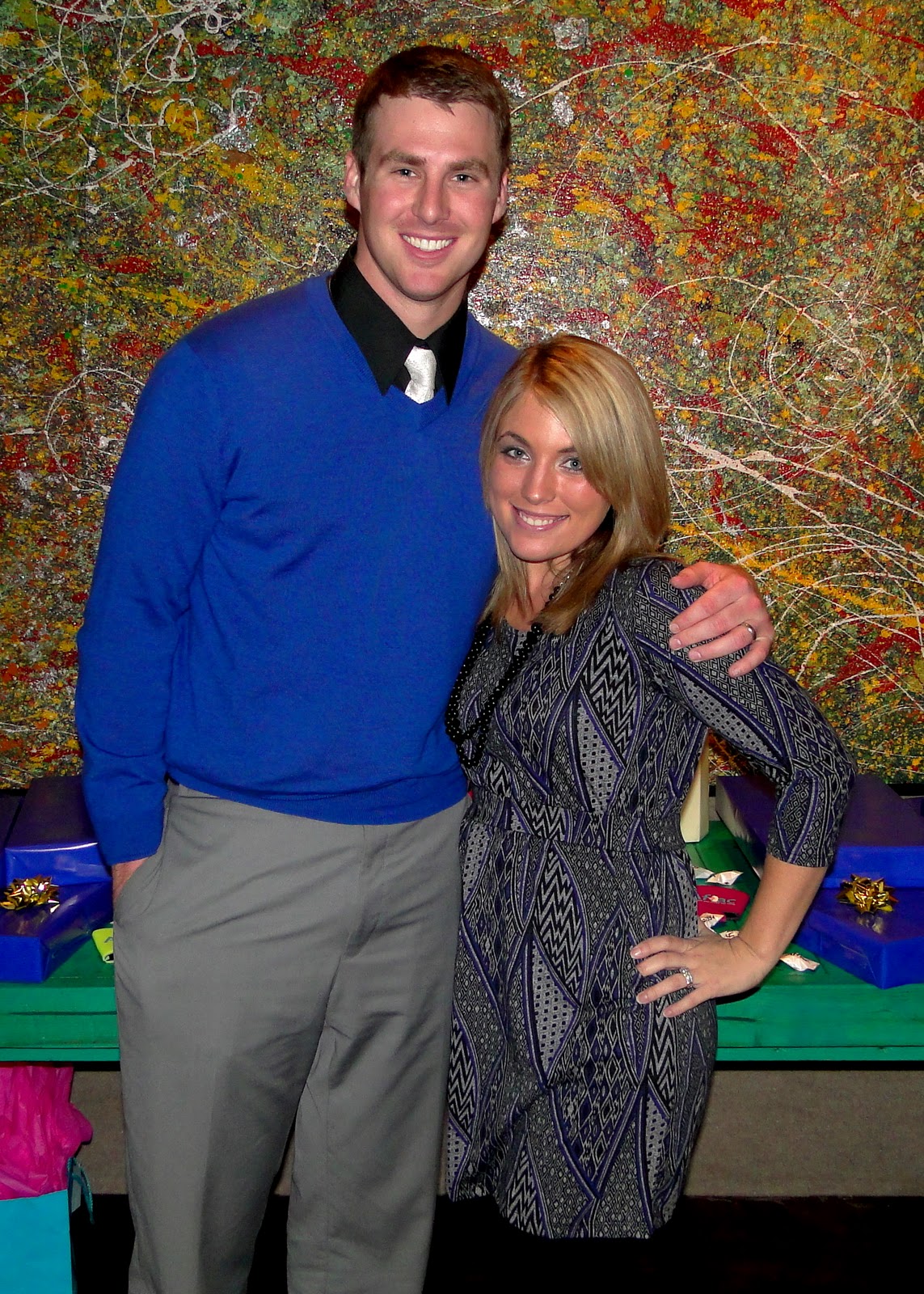 I randomly put together this outfit that afternoon and it’s become one of my favorite outfits ever (shoes and purse match perfectly which I LOVE! and my jet faceted necklace adds that extra flava) 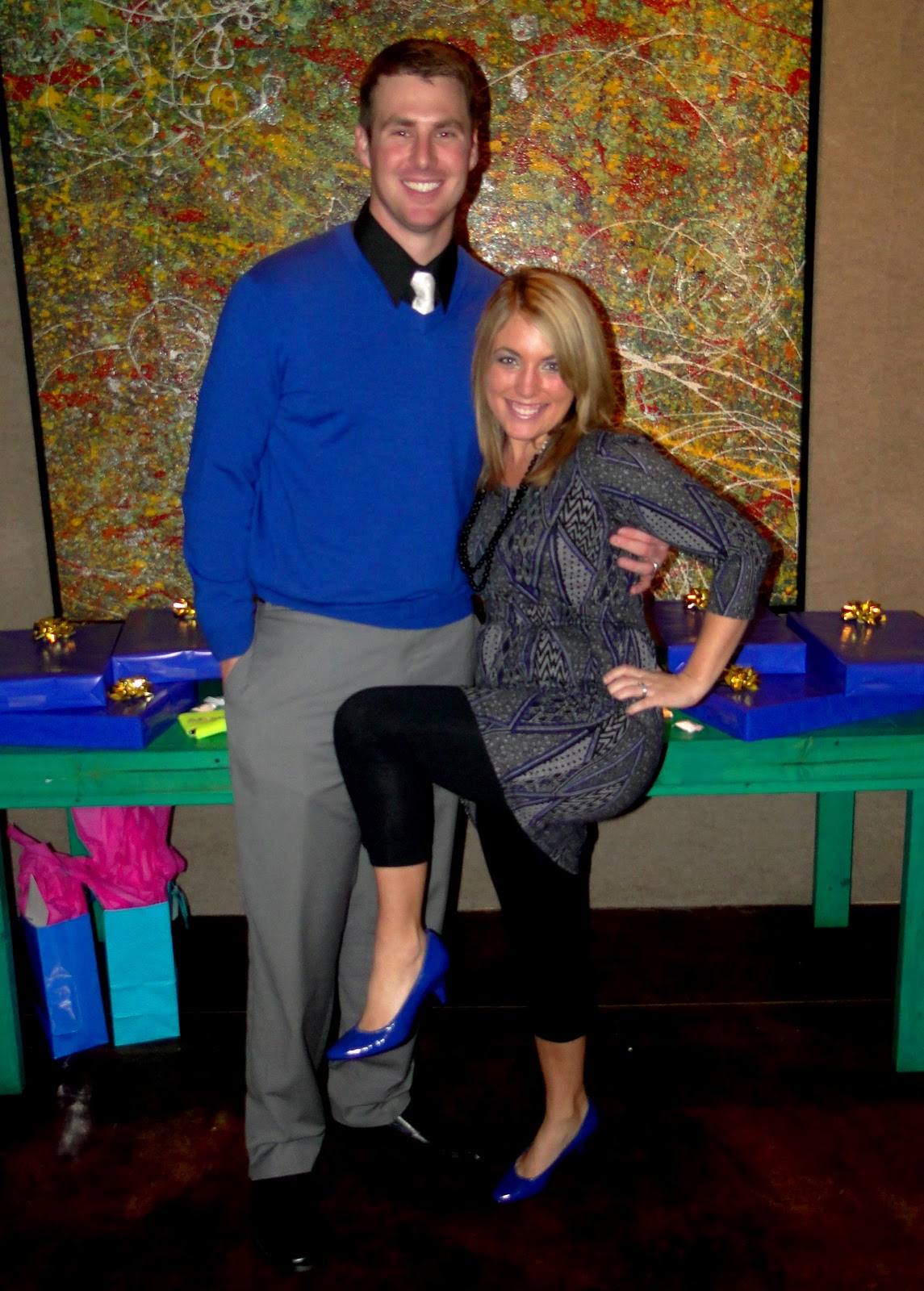 I’m not a fan of Mexican food and it was a Mexican restaurant (it’s that new one off Oak St Ext if you’re local…) but I’ve been told that I actually do like Mexican b/c I LOVED the appetizers (chicken and cheese quesadillas..who knew!). So the food was pretty good! But I just adored the atmosphere. I’ve already mentioned the artwork (which seriously, belongs in our house) and we also really liked the funky tables. They appear easy enough to build so I think Zach may attempt making one for our back porch. Obviously not in the same color (although with the door drama going on maybe he should do the same color…and put it on the front porch haha).

Here’s all the people in the district (at least the ones that came to the event):

Glenn and Selena (our neighbors and Selena’s grandson is Hayden who we are praying for!), Brittany and Blake (Zach “dated” Brittany in middle school haha), Lara (the regional coordinator), and obviously Mrs. Charlotte and Mr. Rusty. 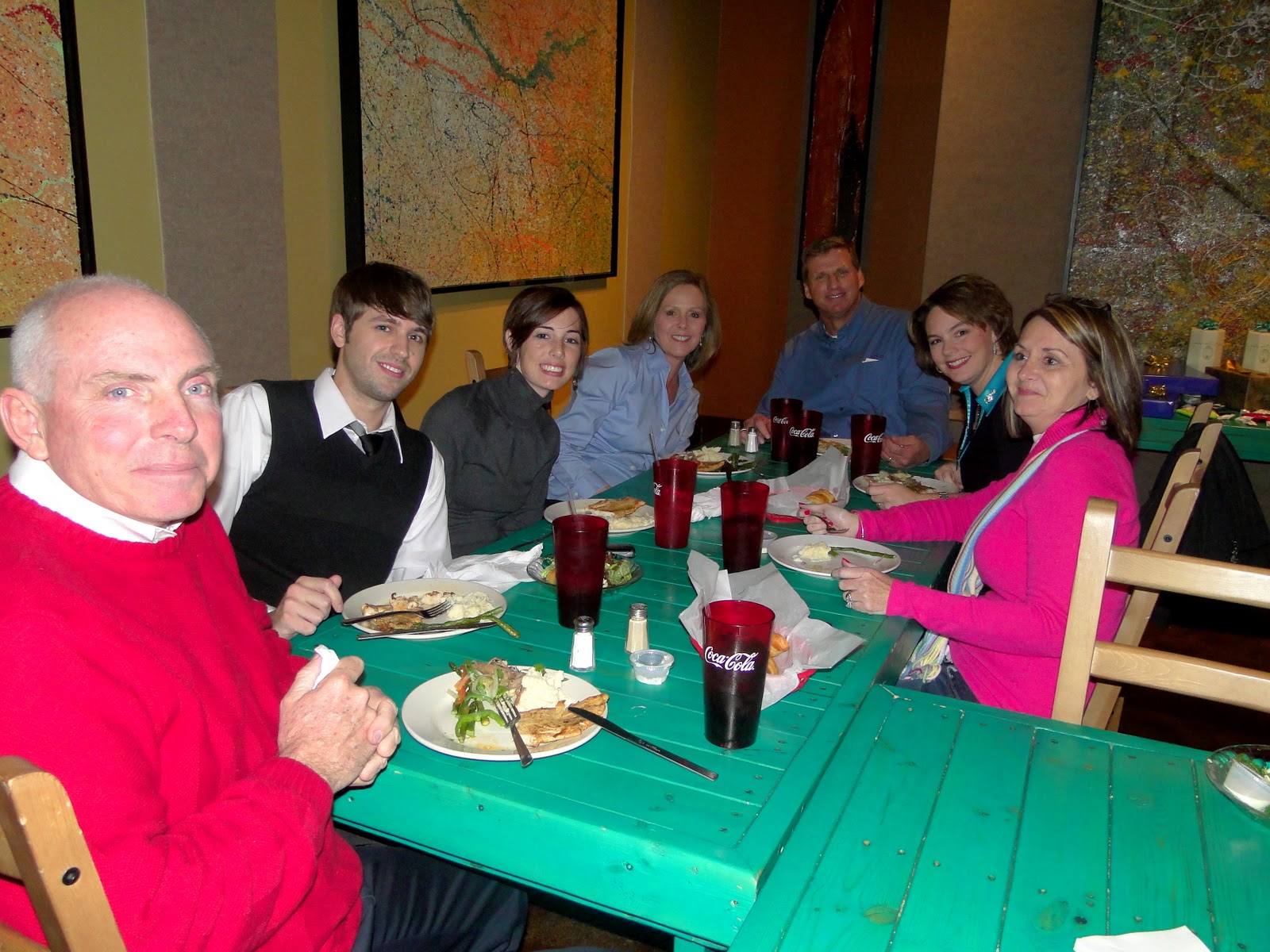 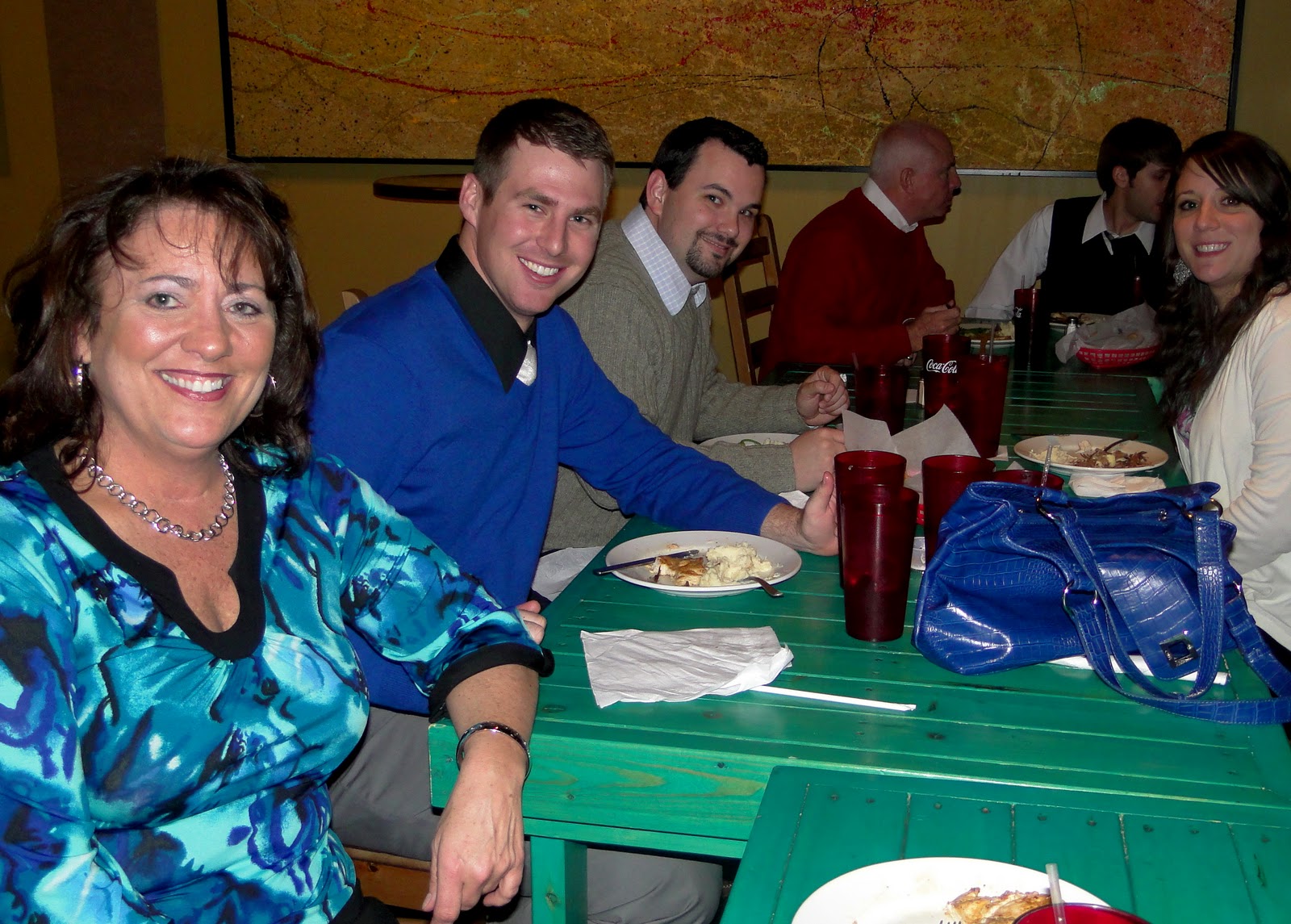 I don’t know this table as well so I’ll do my best with names:

Mr. and Mrs. Roberts, Cathy (Mom’s new bff) and her husband John, and Mr. and Mrs. Golden (I think?) 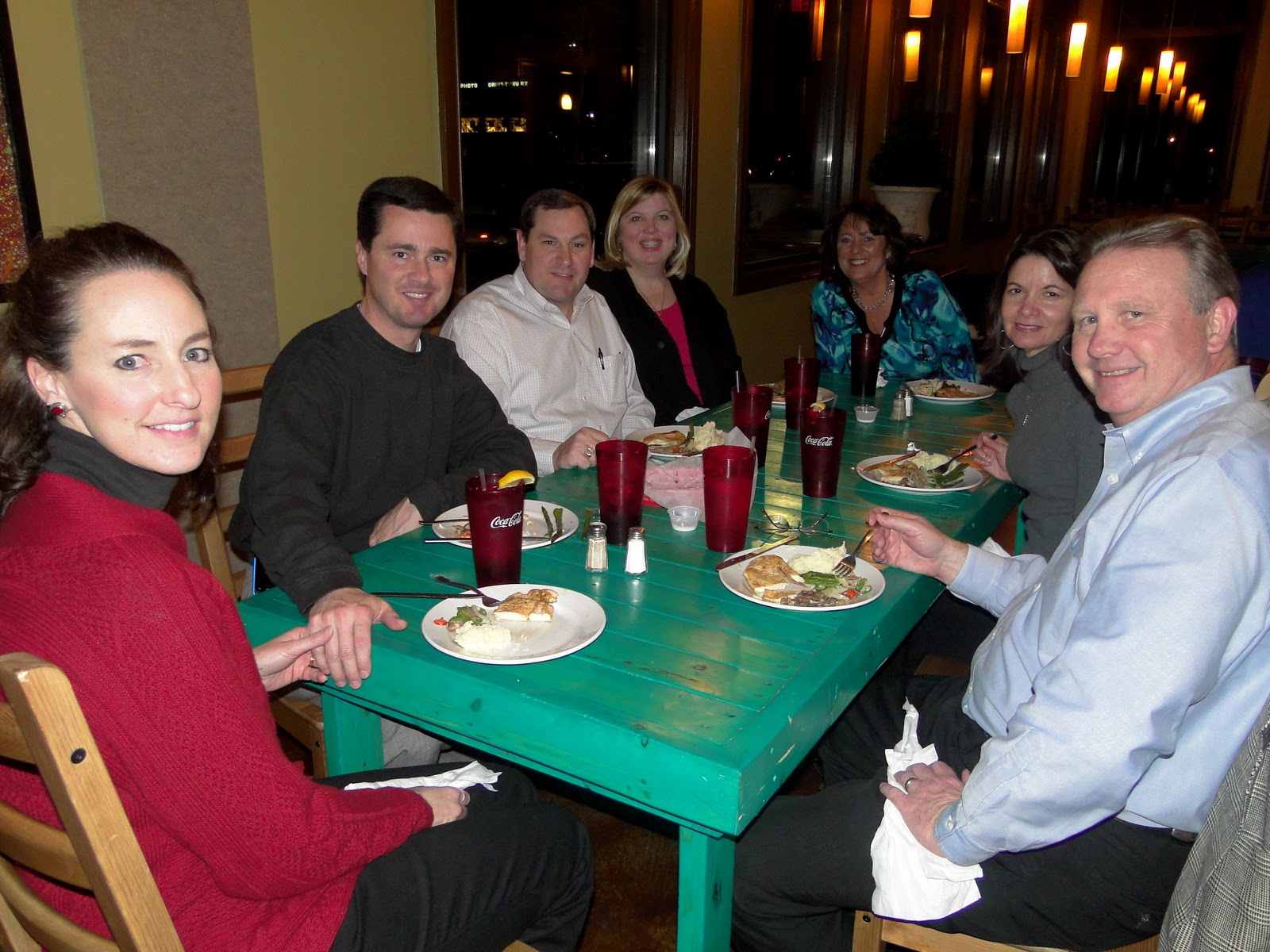 They gave out some super great gifts and I feel unappreciative because I totally slacked on taking pictures of them! All the agents got nice Aflac shirts and the wives got beautiful Lenox vases (it helps being related to the woman who picked them out as they match our bedroom perfectly!). I was most excited though to see what Zach would get for being the #1 Associate for the year. It’s gotta be something awesome right? Wrong…well kinda wrong anyways…I guess on moving day Zach mentioned he really wanted one of his dad’s old office chairs in storage so Mr. Rusty brought the dang chair to the dinner and presented it to him as his award. At least that meant that I got his old chair 🙂 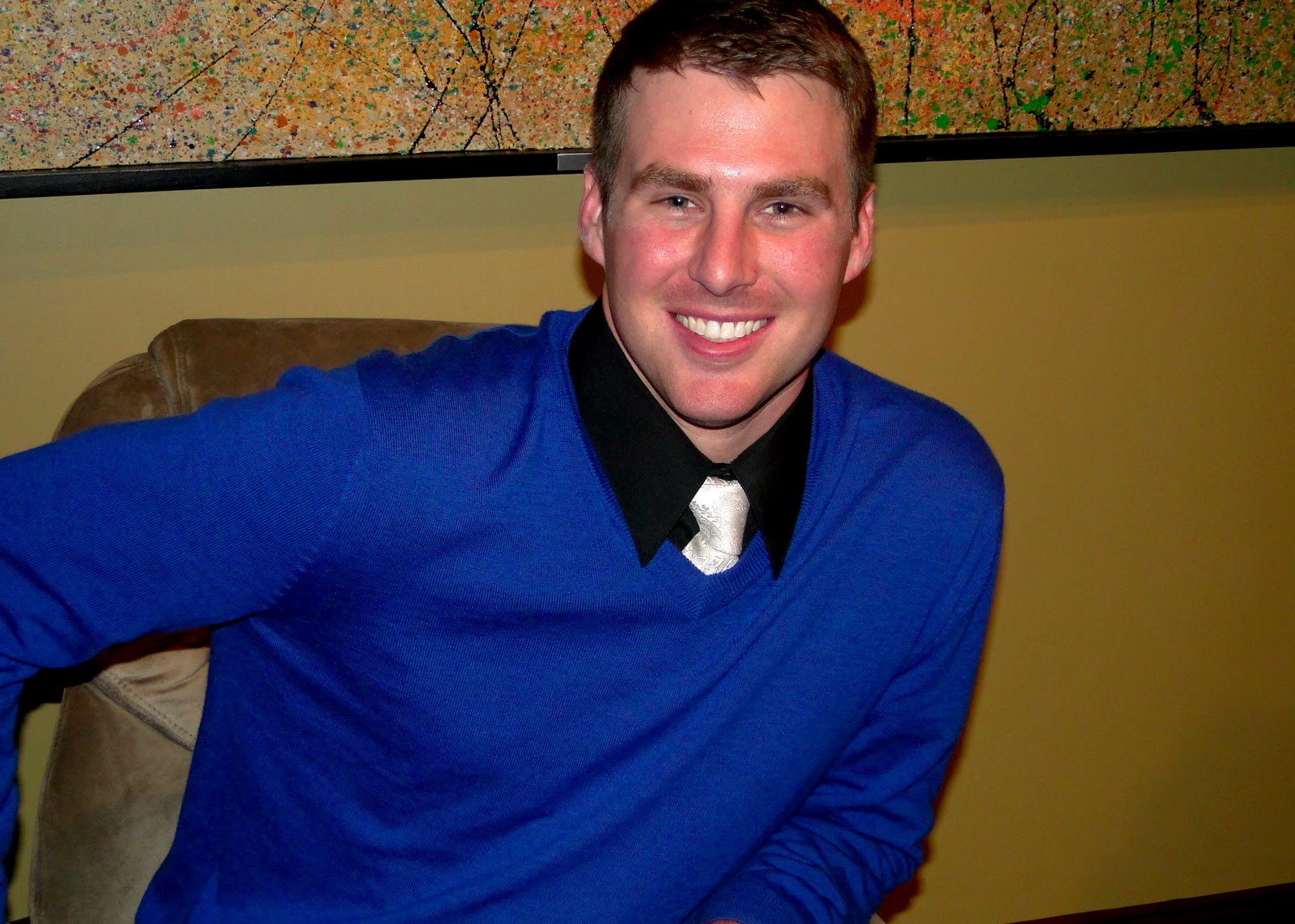 We enjoyed just talking and visiting and catching up with everyone. It was a fun night and a great way to start of the new year with Aflac. I LOVE Aflac events (seriously, I do!). They always motivate me and I don’t even work with the company haha. Each agent did get up and say a few words and I loved that Mom sounded so happy to be part of this team and that Zach thanked the spouses for our support. He gets so annoyed with me “bugging” him about work stuff…but now that he thanked me for it in public that means I don’t have to stop, right???

That Mexican food (and bangin’ cheesecake) went straight through me and I was dying to get home to take care of business but not before getting a picture of Matt and Robyn for them. Oh wait! I did that earlier…dang Robyn you made a girl hold it for an extra 30 seconds – what’s wrong with you? haha…the pic turned out cute though so I guess you’re worth it 🙂 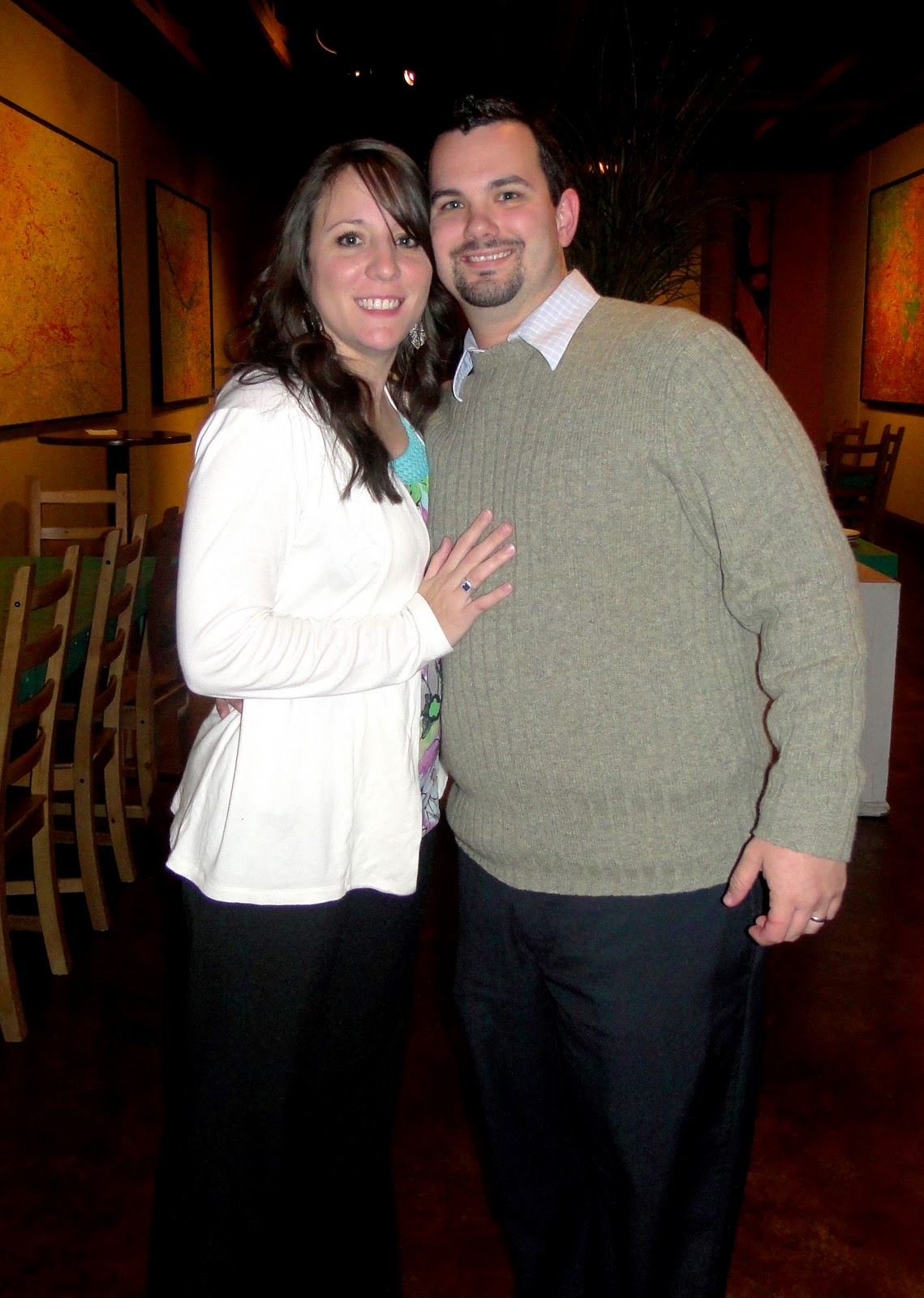 After the killer year Zach had with Aflac in 2010, I’m pumped to see what’s in store for us this year!