Zach is an Aflac agent who is part of a team. There is a district that is like our local area and then there is a region which covers pretty much all of South Georgia. The regional coordinator, Lara, lives in Brunswick so a lot of the meetings and such for the region are in that area. A couple summers ago Lara hosted a family beach day for the region but we weren’t able to attend (I think we may have been at Disney? I can’t really remember for sure). This year she hosted the event again and Zach wanted to make sure to be there. Since it was at Jekyll Island, which is a two hour drive, we originally planned to take Kye with us but leave Britt at home with someone to watch her. With everything the family has been going through lately, we knew it would mean a lot to Mr. Rusty to have ALL of his grandchildren there (Courtney’s husband, Brad, is now working with Aflac too so they would be there this year) and we felt bad leaving Britt out. Since she did do so well at the zoo we decided to let her skip nap and tag along with us for the day!

As soon as we got there the kids were eager to hit the beach!!! I was very surprised by how Jekyll’s beach was though…we hadn’t been there in a long time and I forgot how murky the water is! However, it was a GREAT place for the kids as the waves weren’t crazy, there weren’t any rocks or anything, and it was a gradual slope in the water rather than a big drop off. With my foot issues I was very cautious about walking on the beach and opted to not even wear a bathing suit so I wouldn’t be tempted to overdo anything!

Um, I totally packed these swim trunks up in the attic as soon as we got home haha! 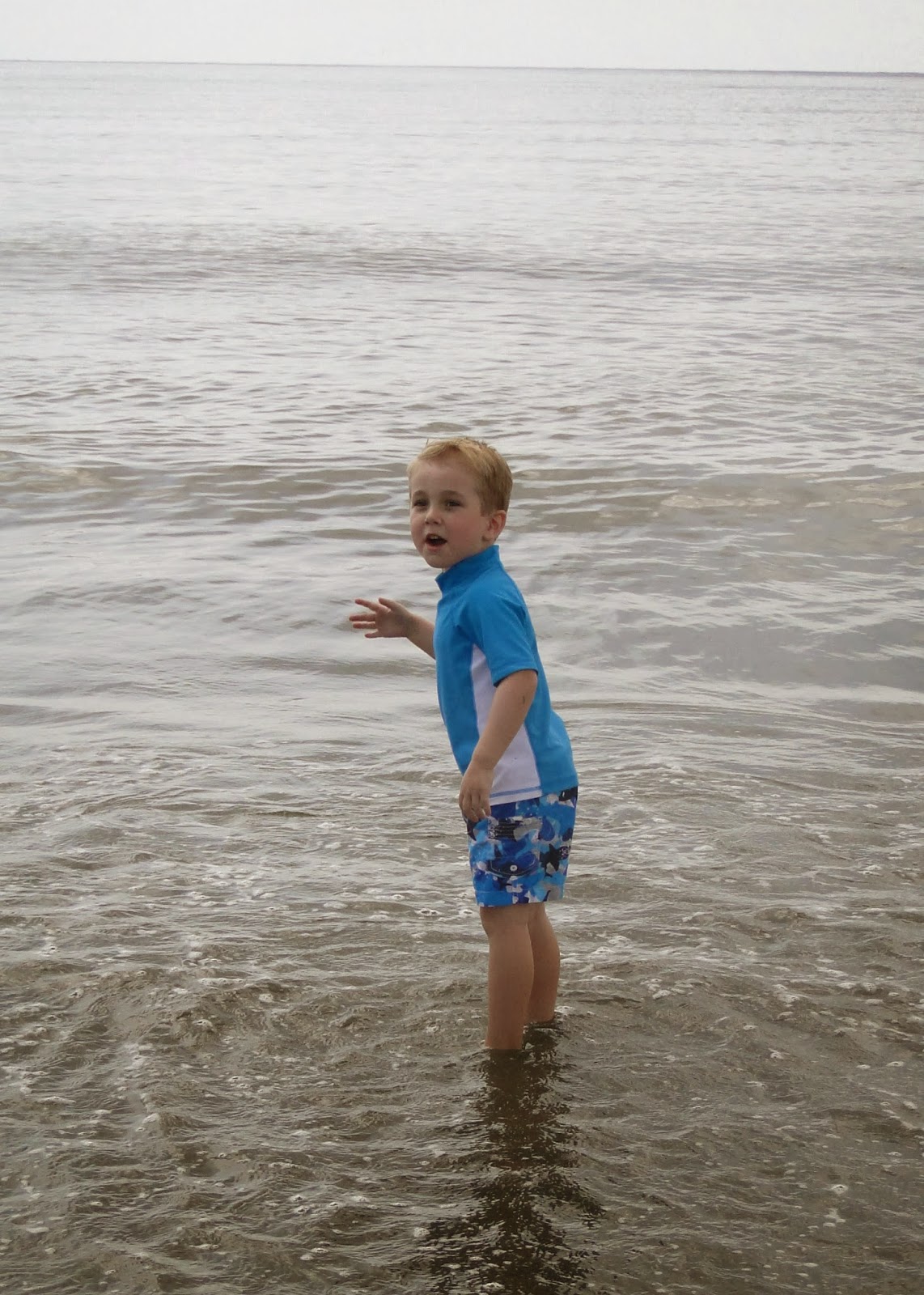 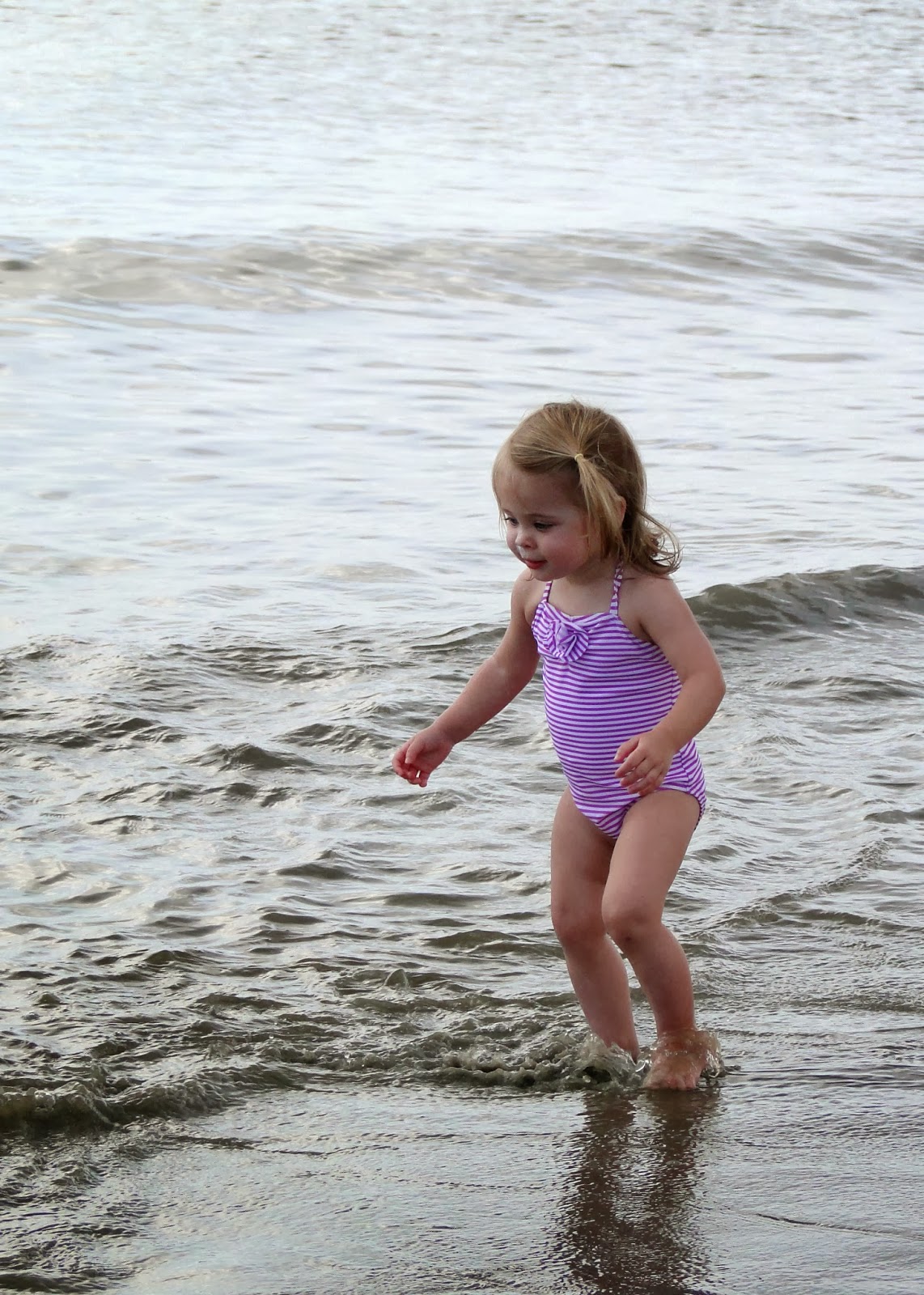 Britt’s busted up face required a big glob of sunscreen! Did you know that scarring is actually caused from sun exposure? I wanted to minimize the scar situation as much as possible!!! 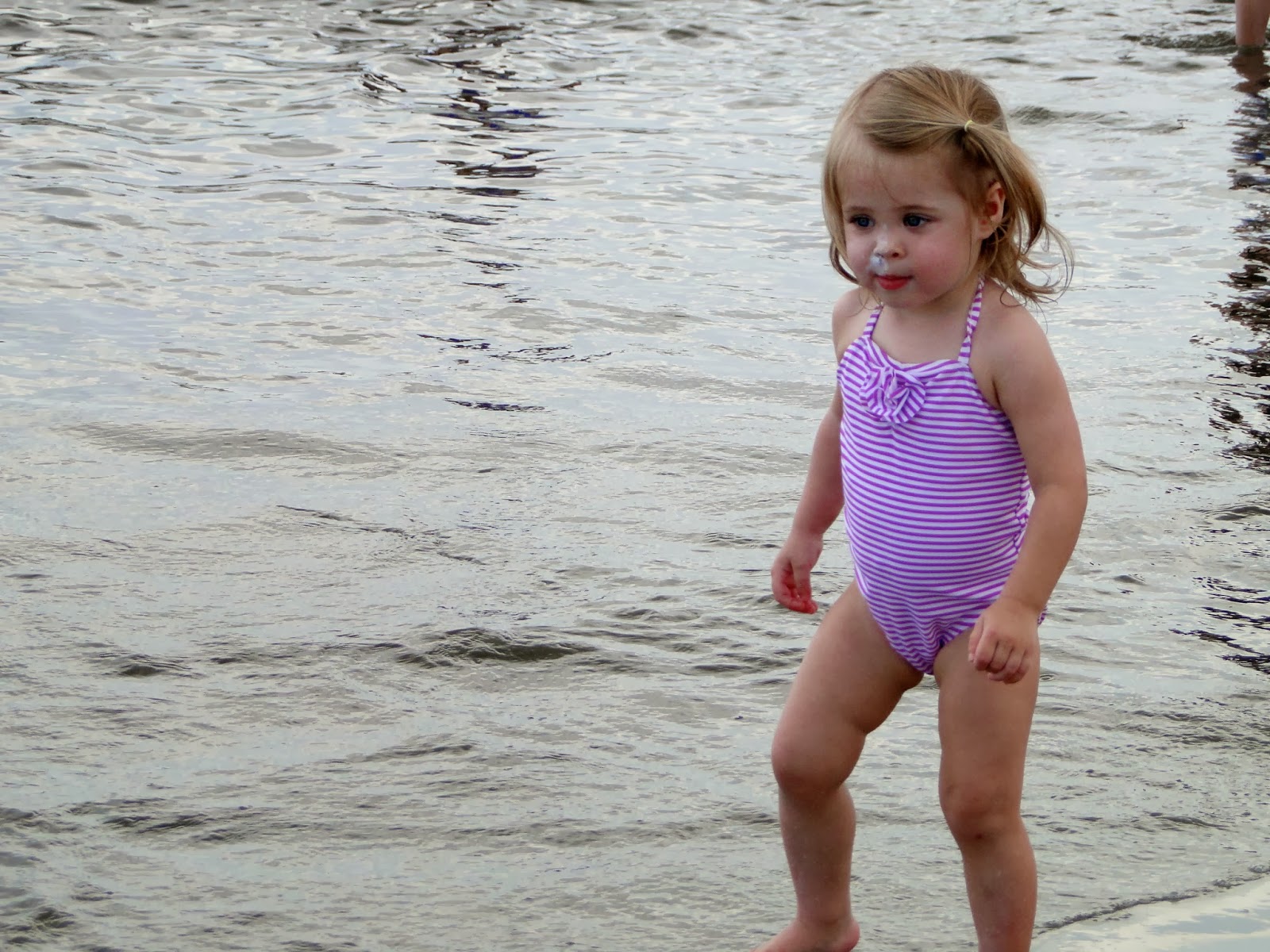 The cousins had a BLAST!!! 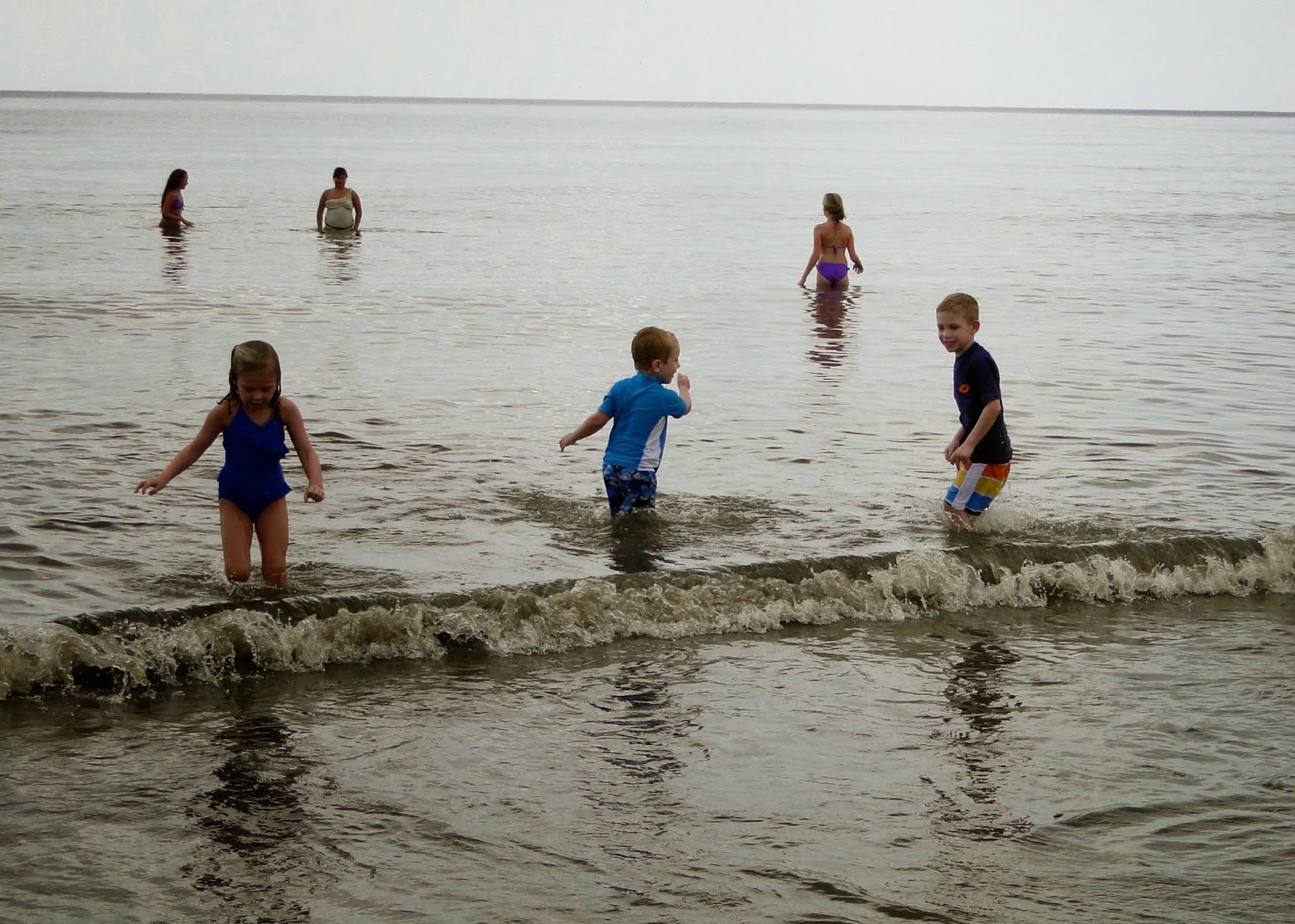 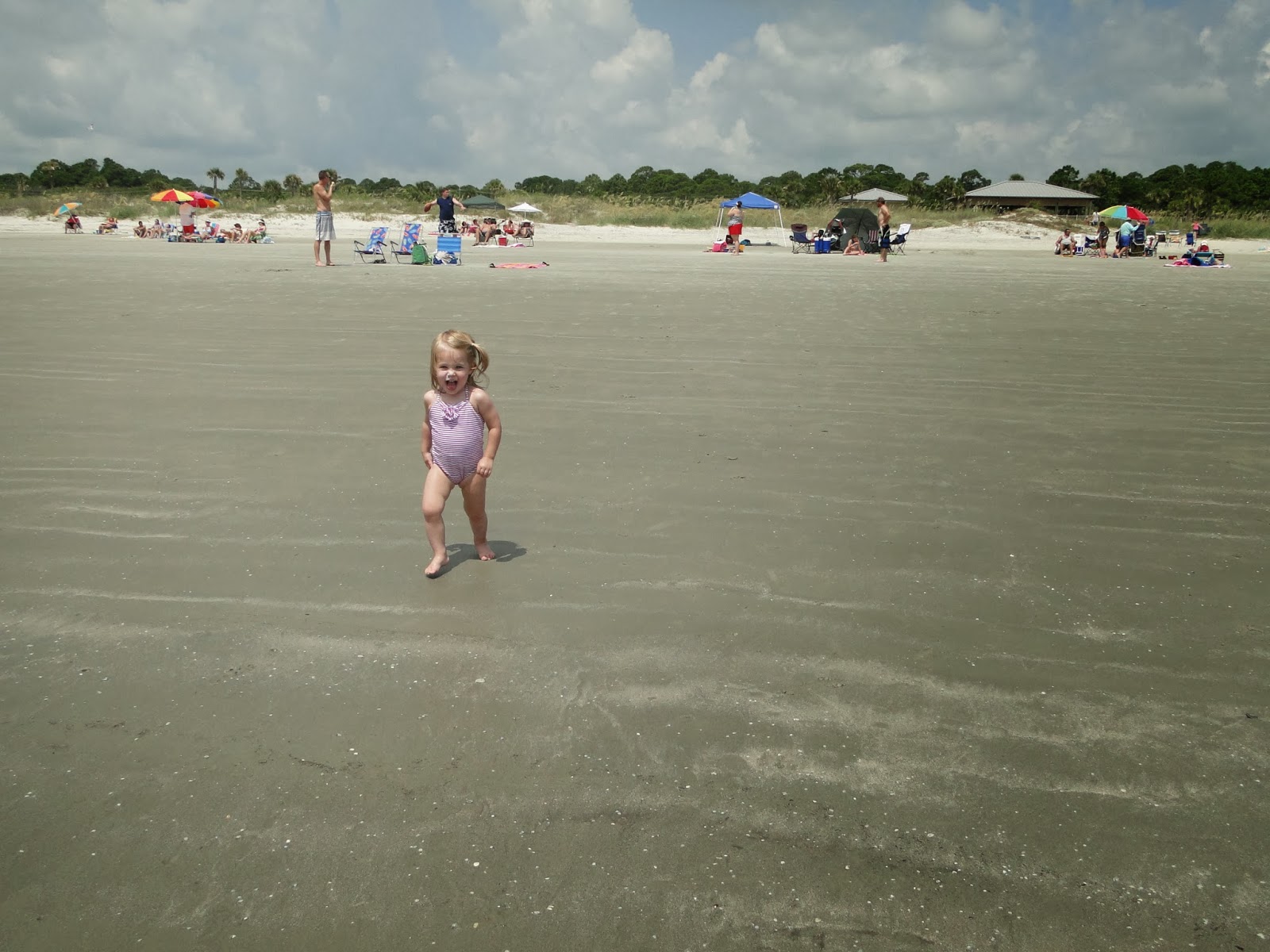 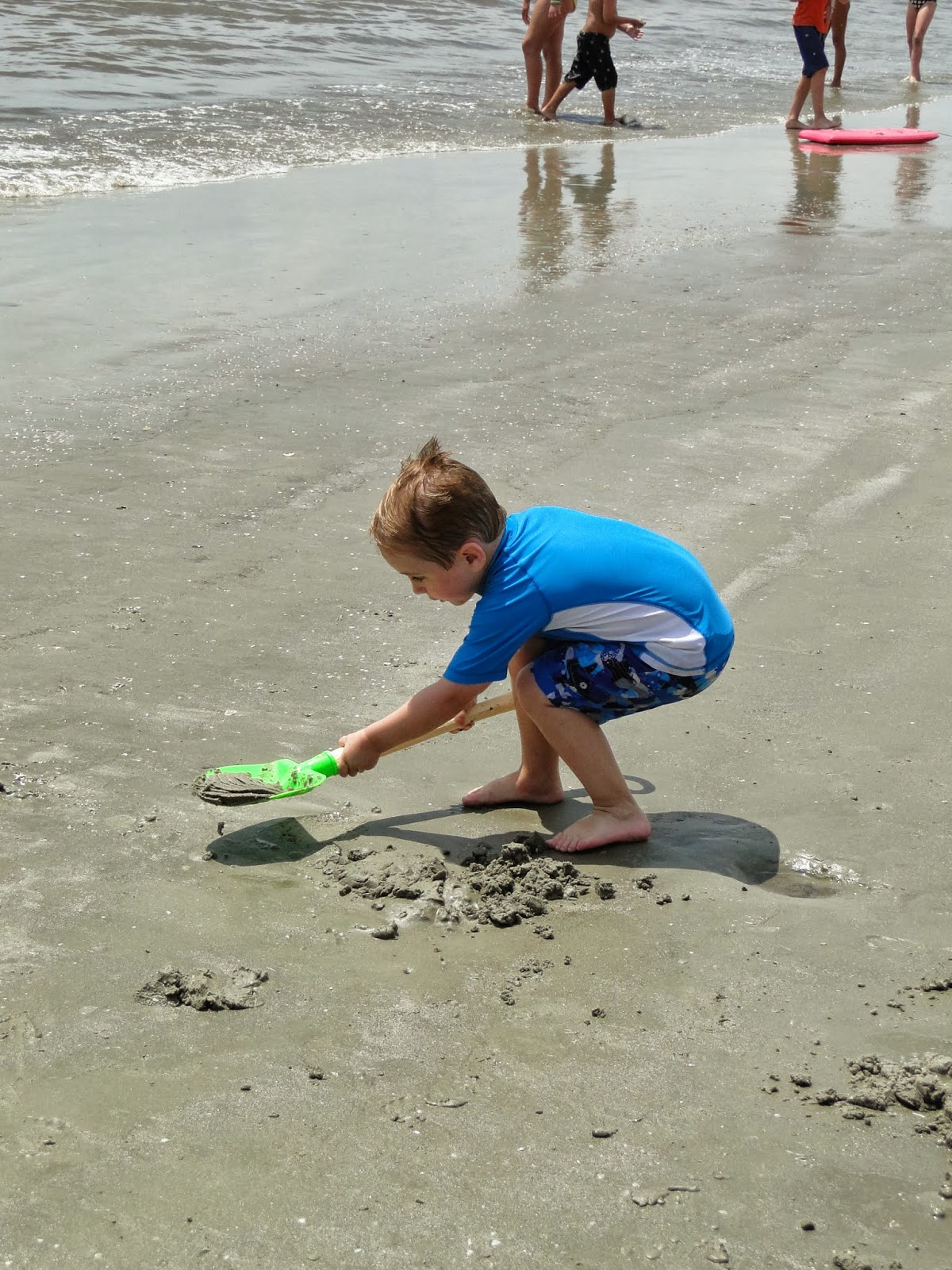 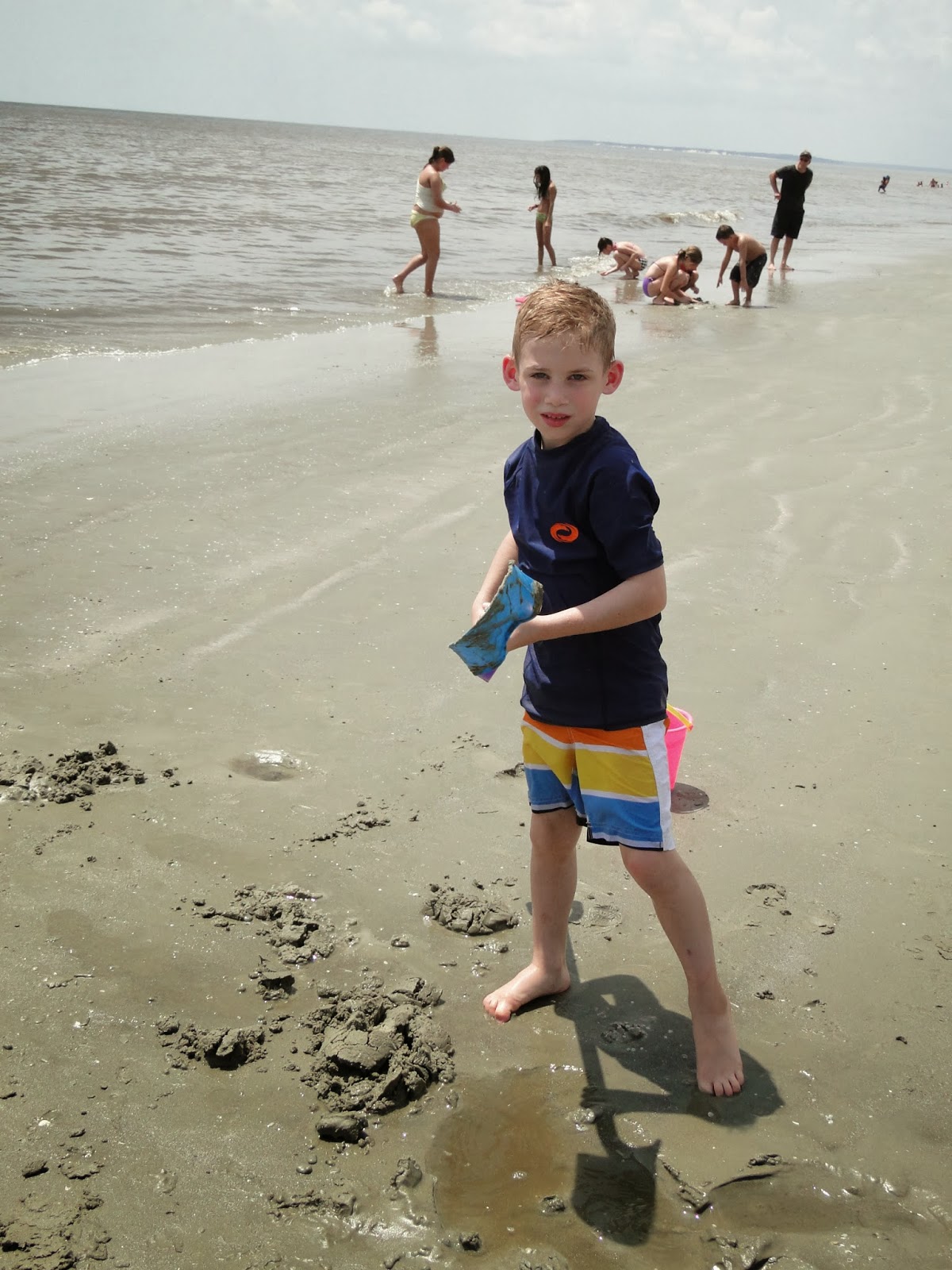 Lara went above and beyond for the entire day! We had a wonderful lunch, a brief meeting, games on the beach, and even ice cream! It was SO nice of her to put it all together and I know everyone really appreciated it all! I thought it was especially sweet how much she did for the kids. They had little treat bags for each child and included them in lots of the games. It truly was a family day and I love that Zach works for a company that puts family first! 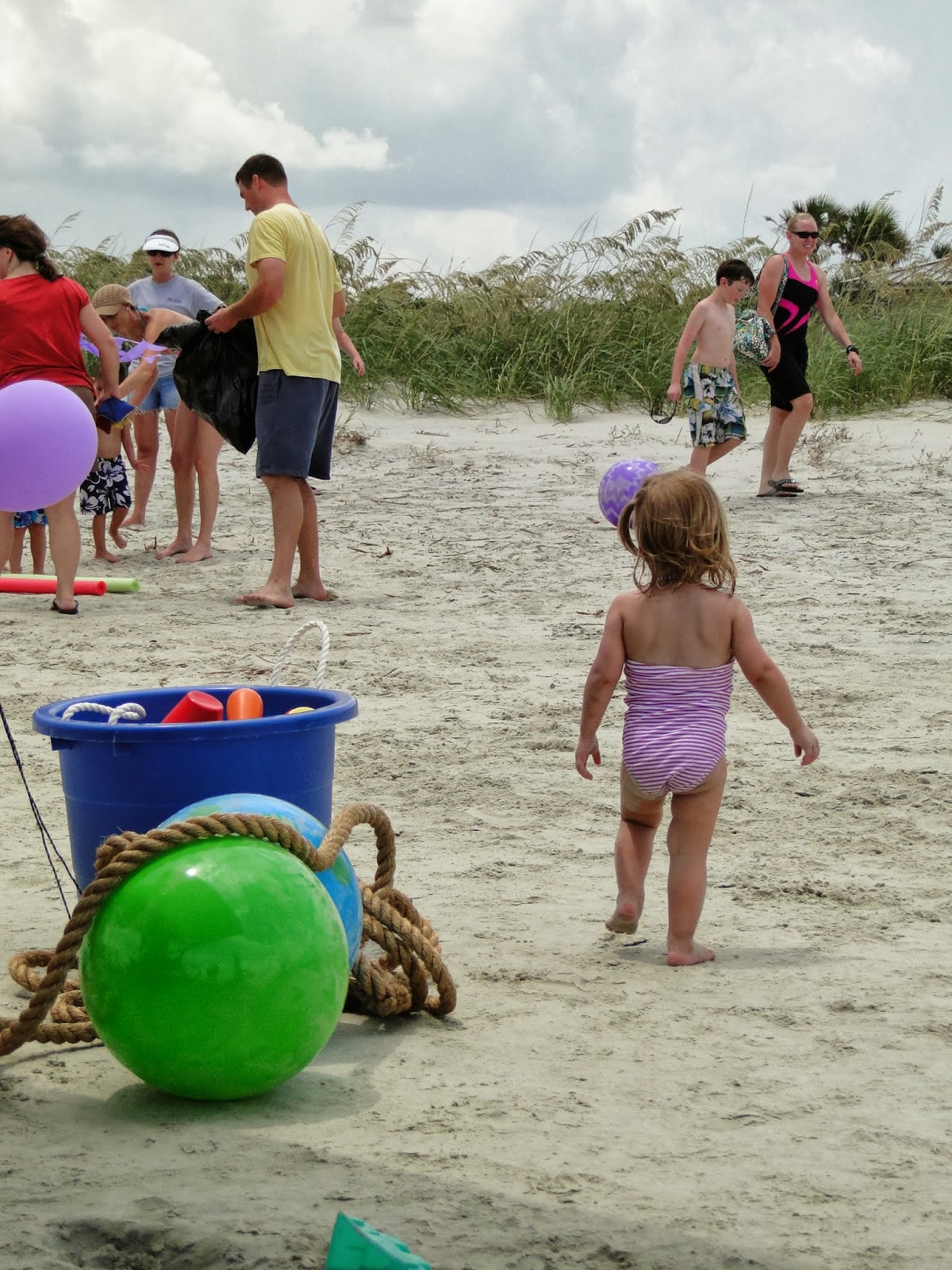 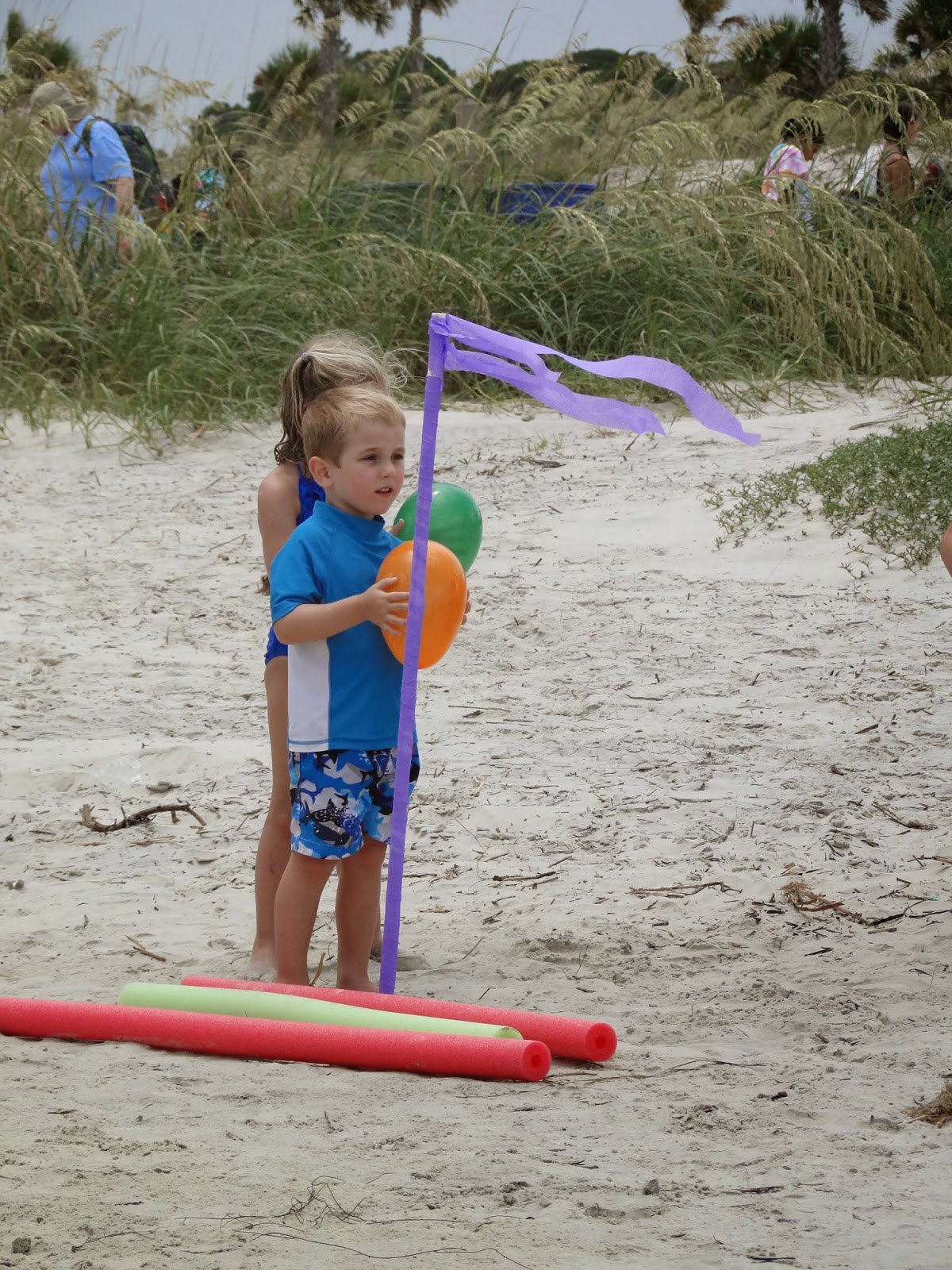 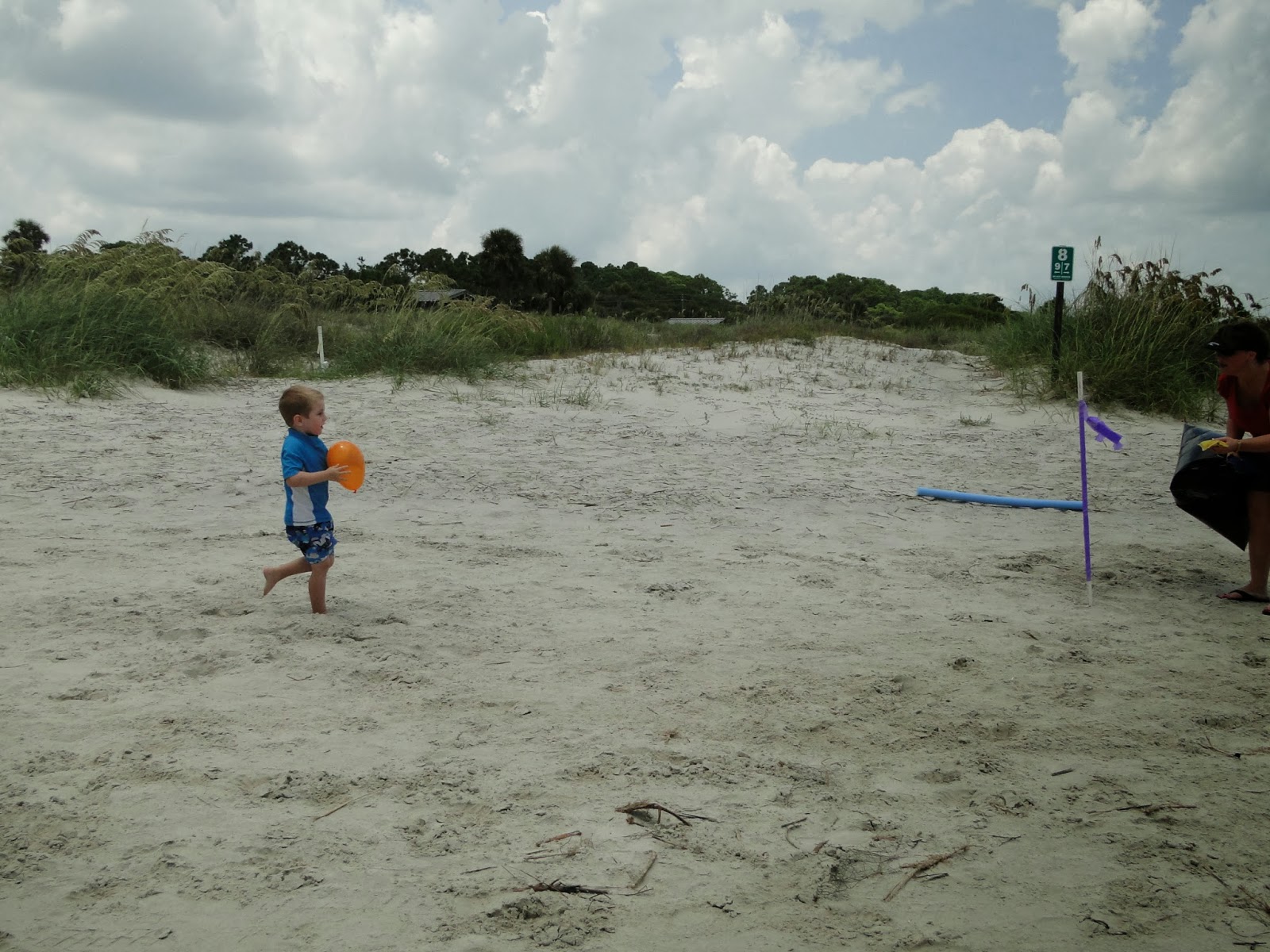 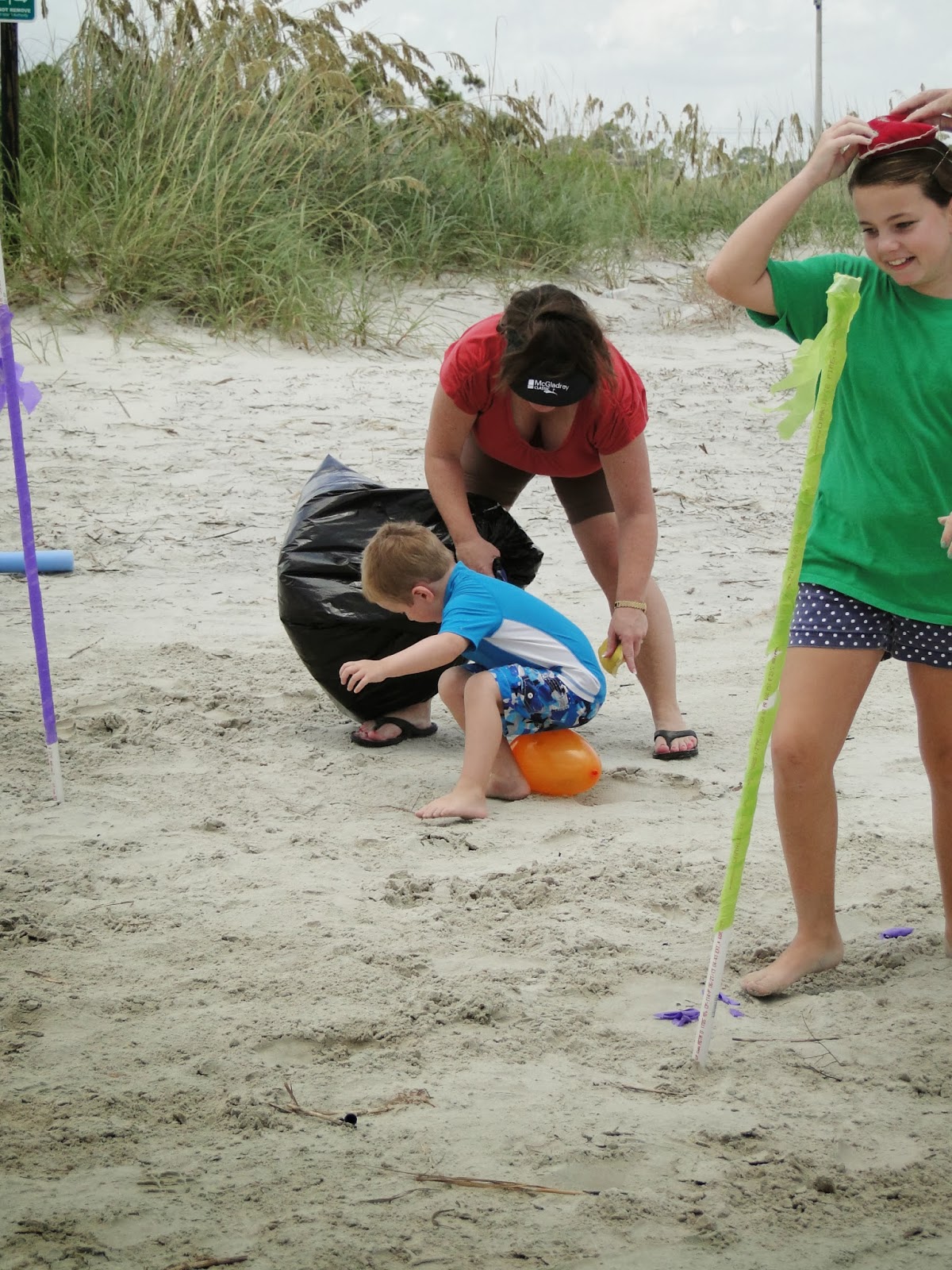 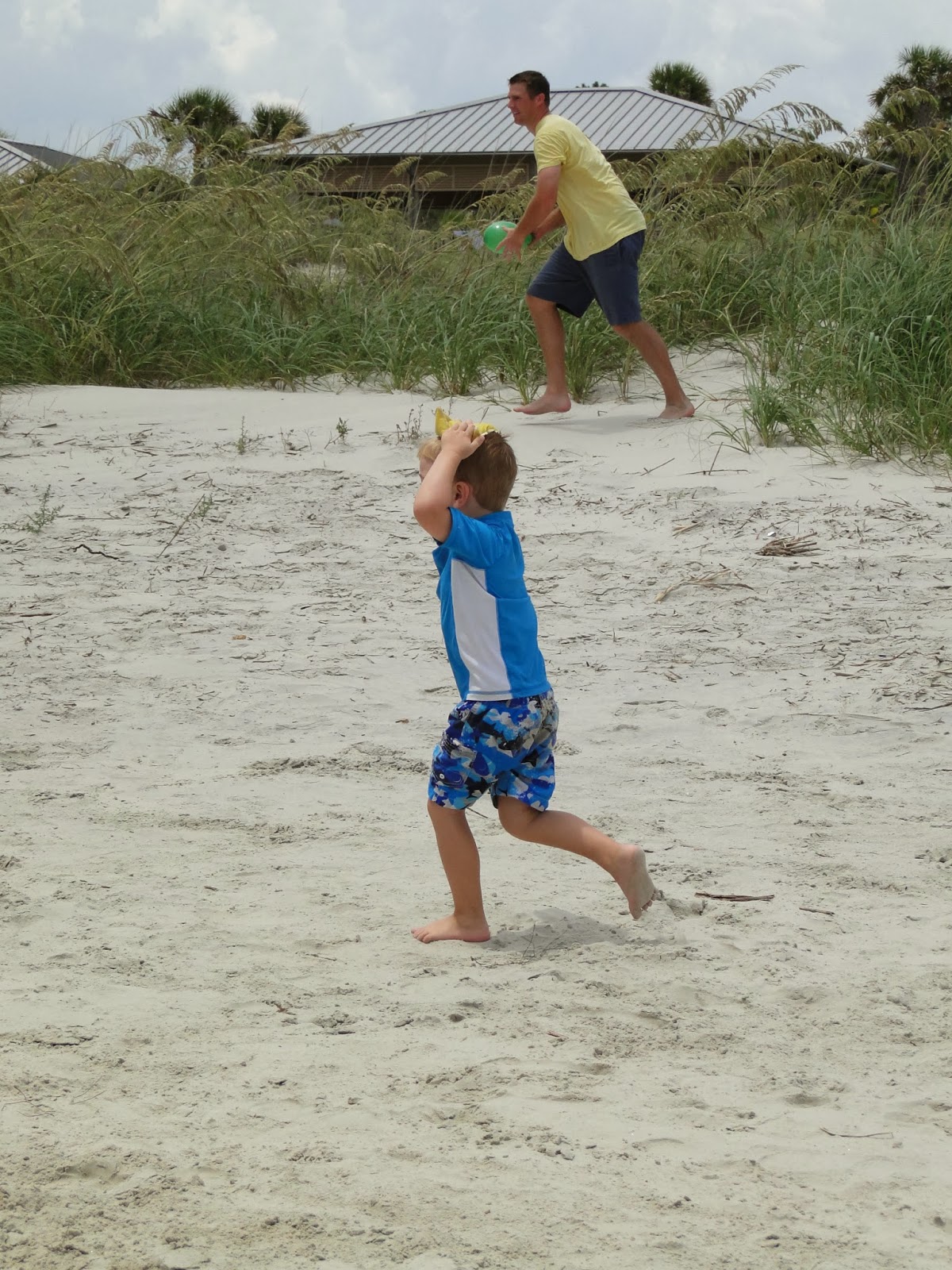 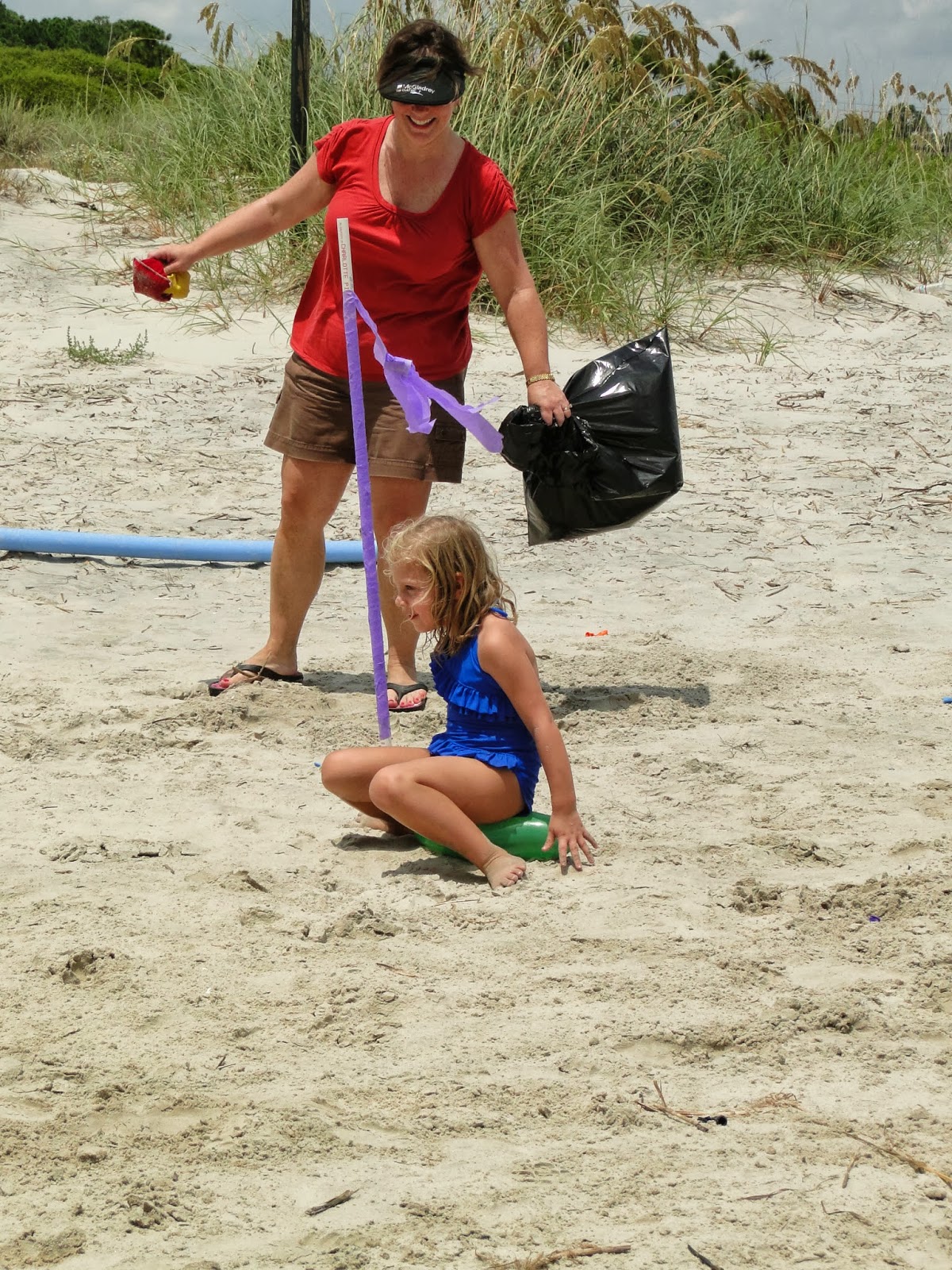 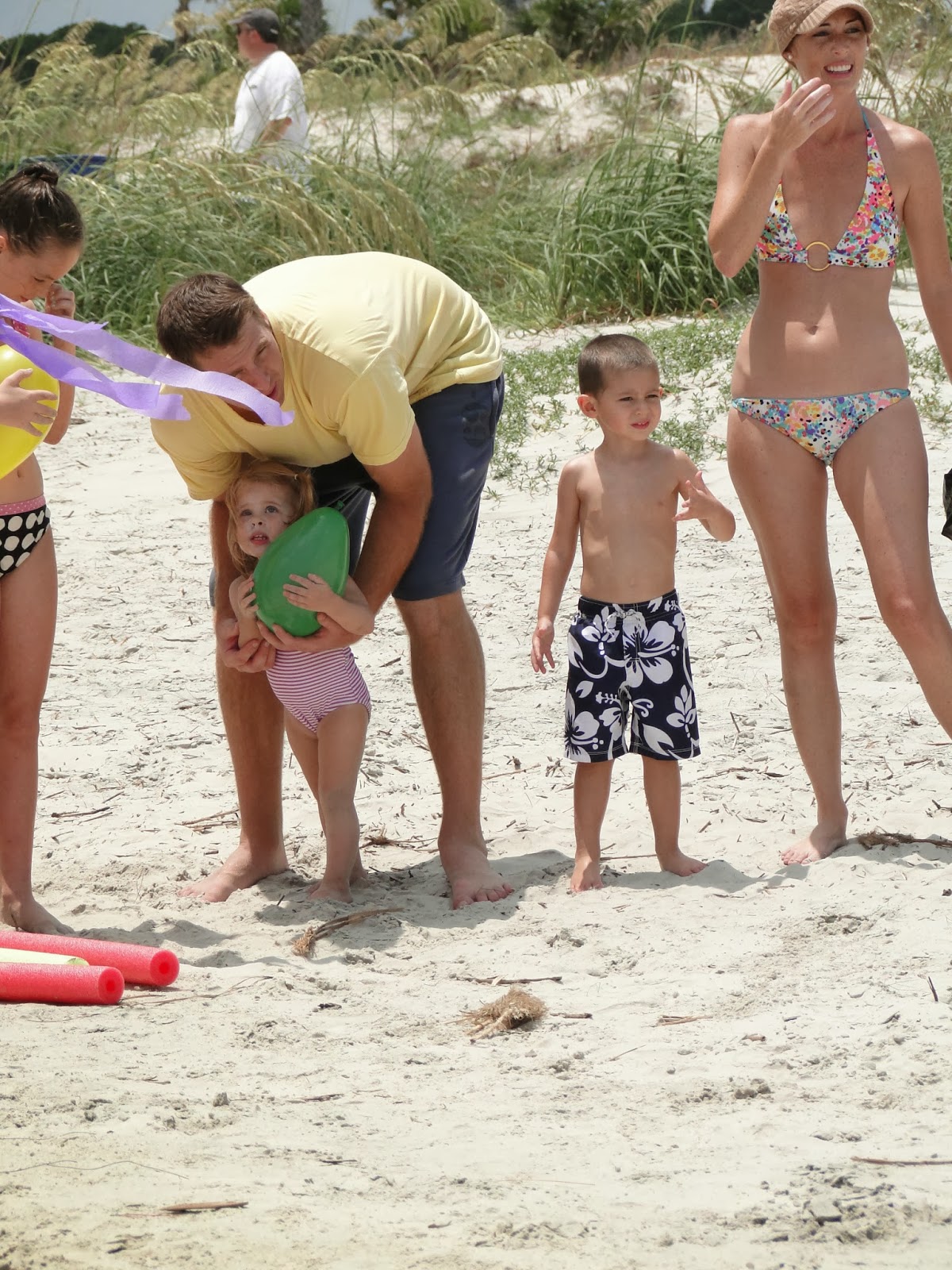 Teaching Britt to be competitive haha 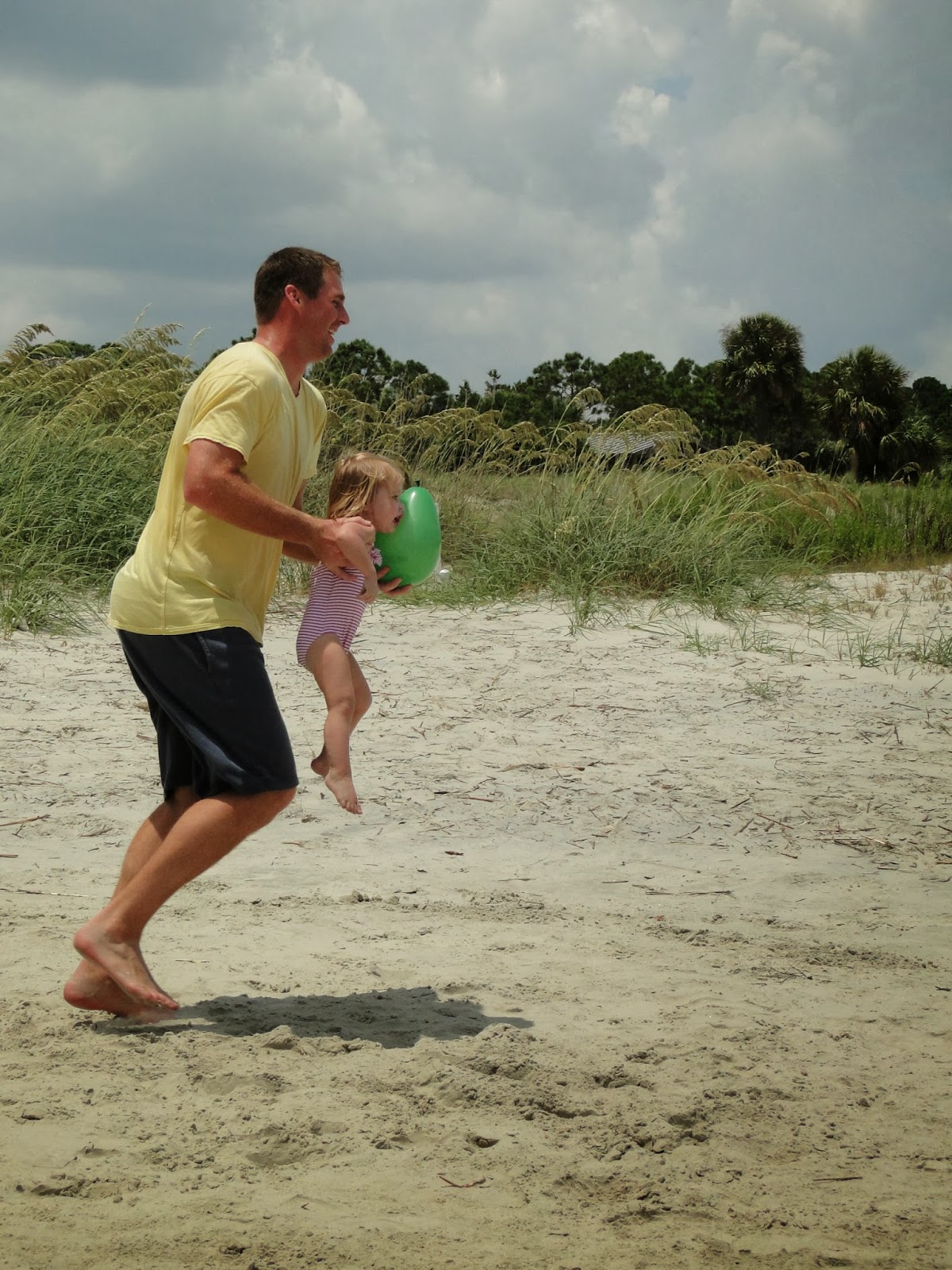 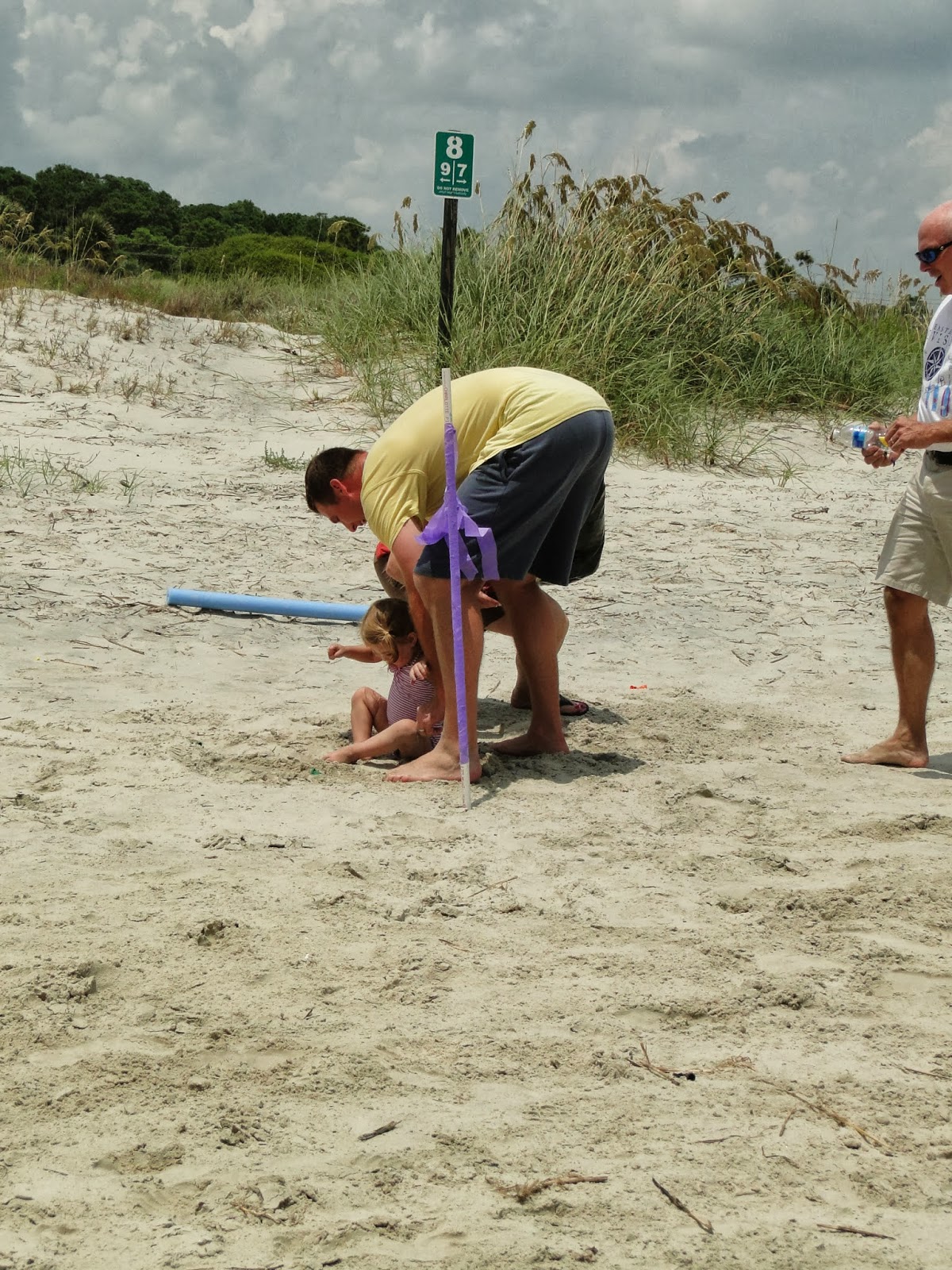 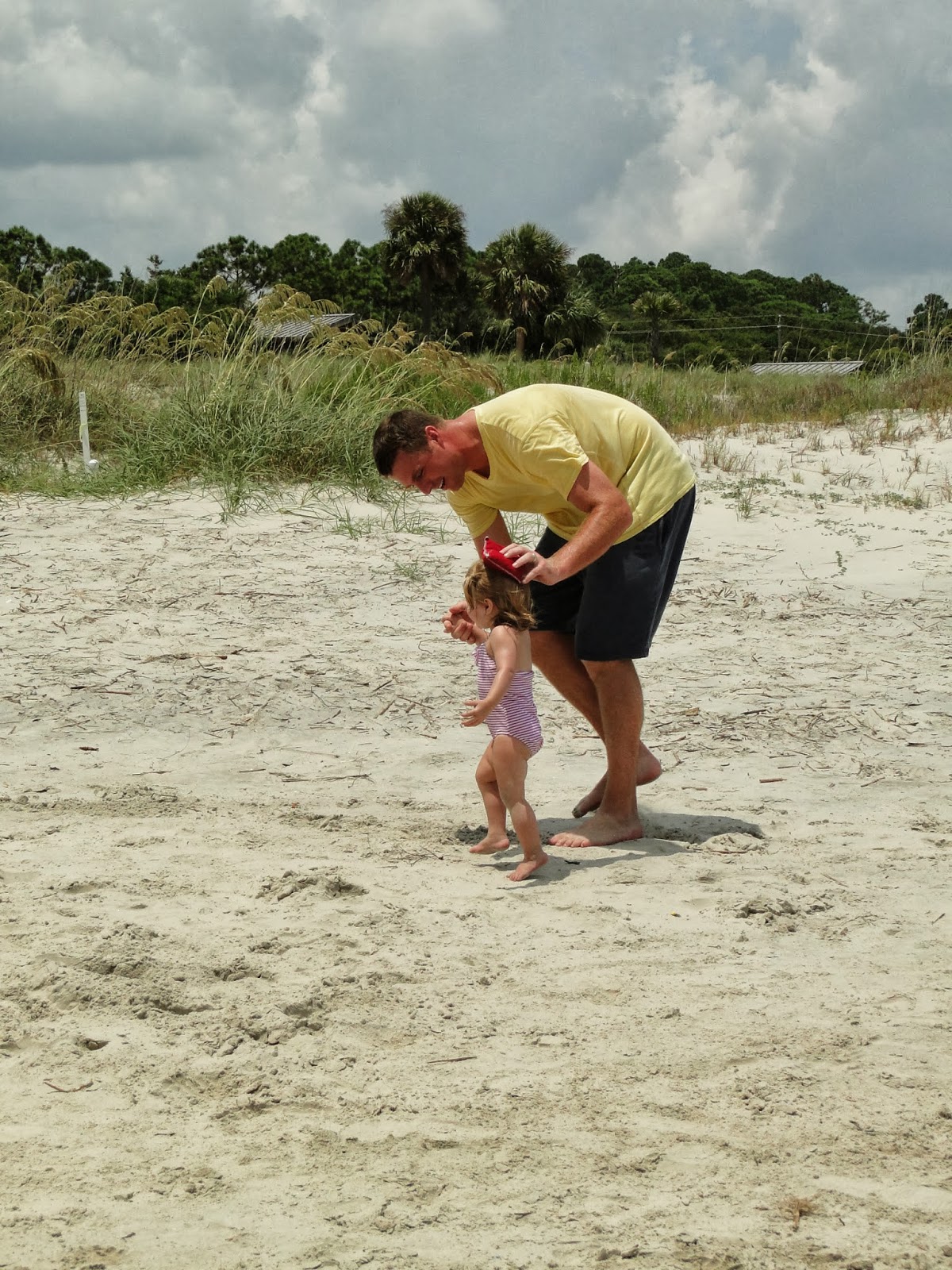 This picture cracks me up for multiple reasons. They did a tug of war type competition and Zach, Brad, and Aunt Karen (yes, she does Aflac too…I’m tellin’ yall EVERYONE in this family either currently works for or as worked for Aflac!!!) were all pulling together. I especially love how Mrs. Charlotte is in the picture and I feel a flashback to the football days where she’d be watching the field like a hawk cheering Zach on 😉 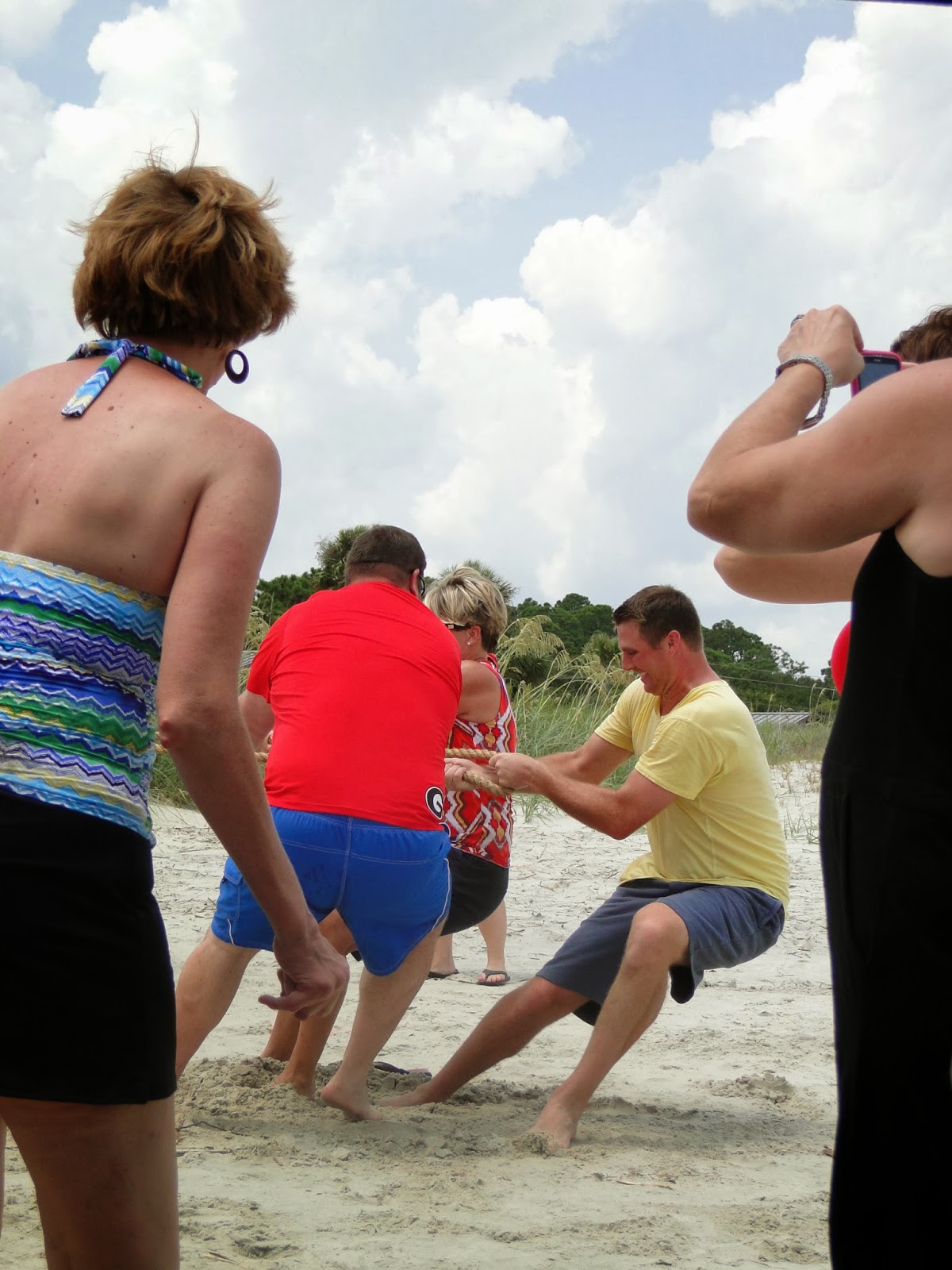 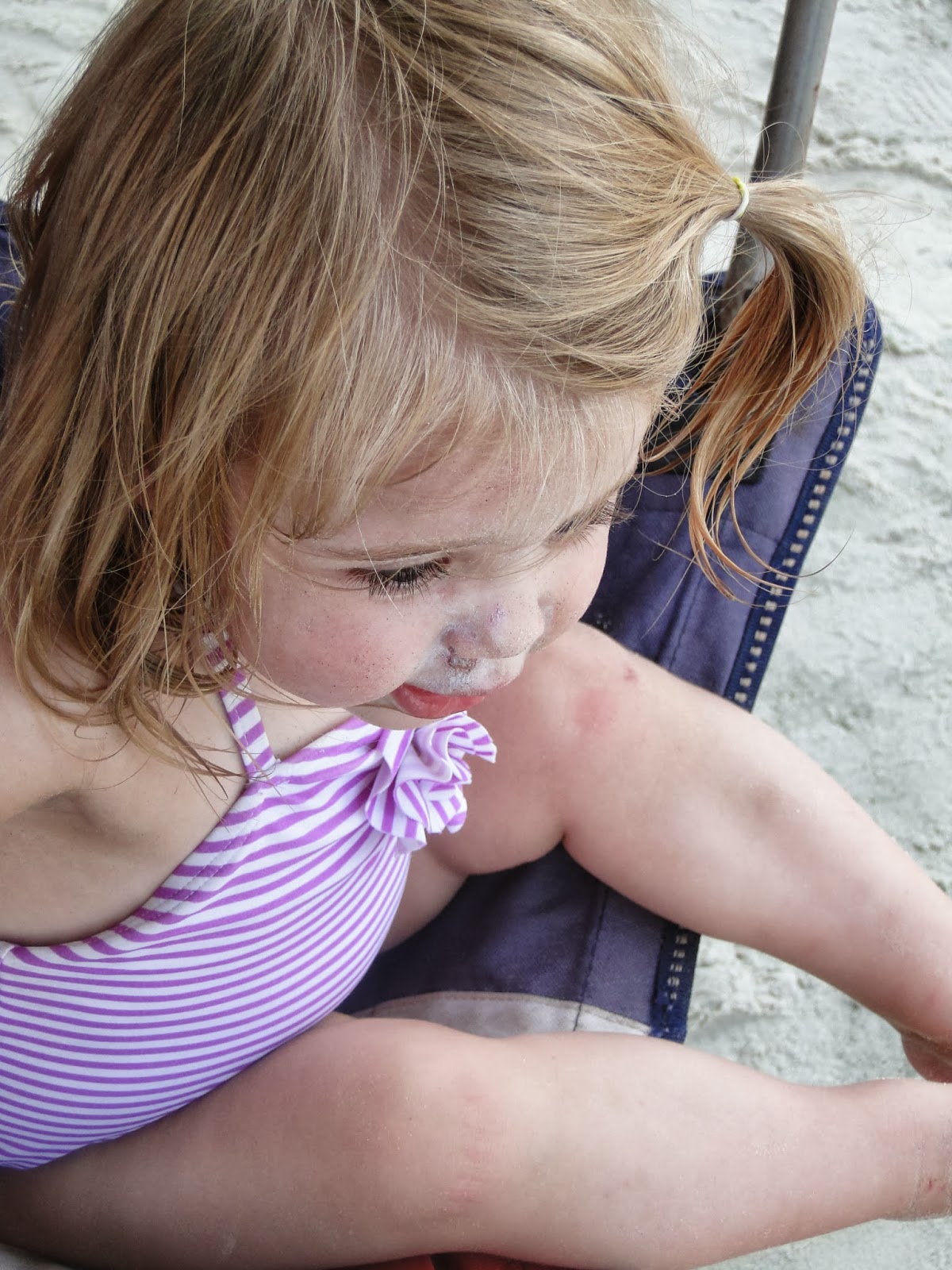 The water was so calm that Kye was able to boogie board all by himself!!! 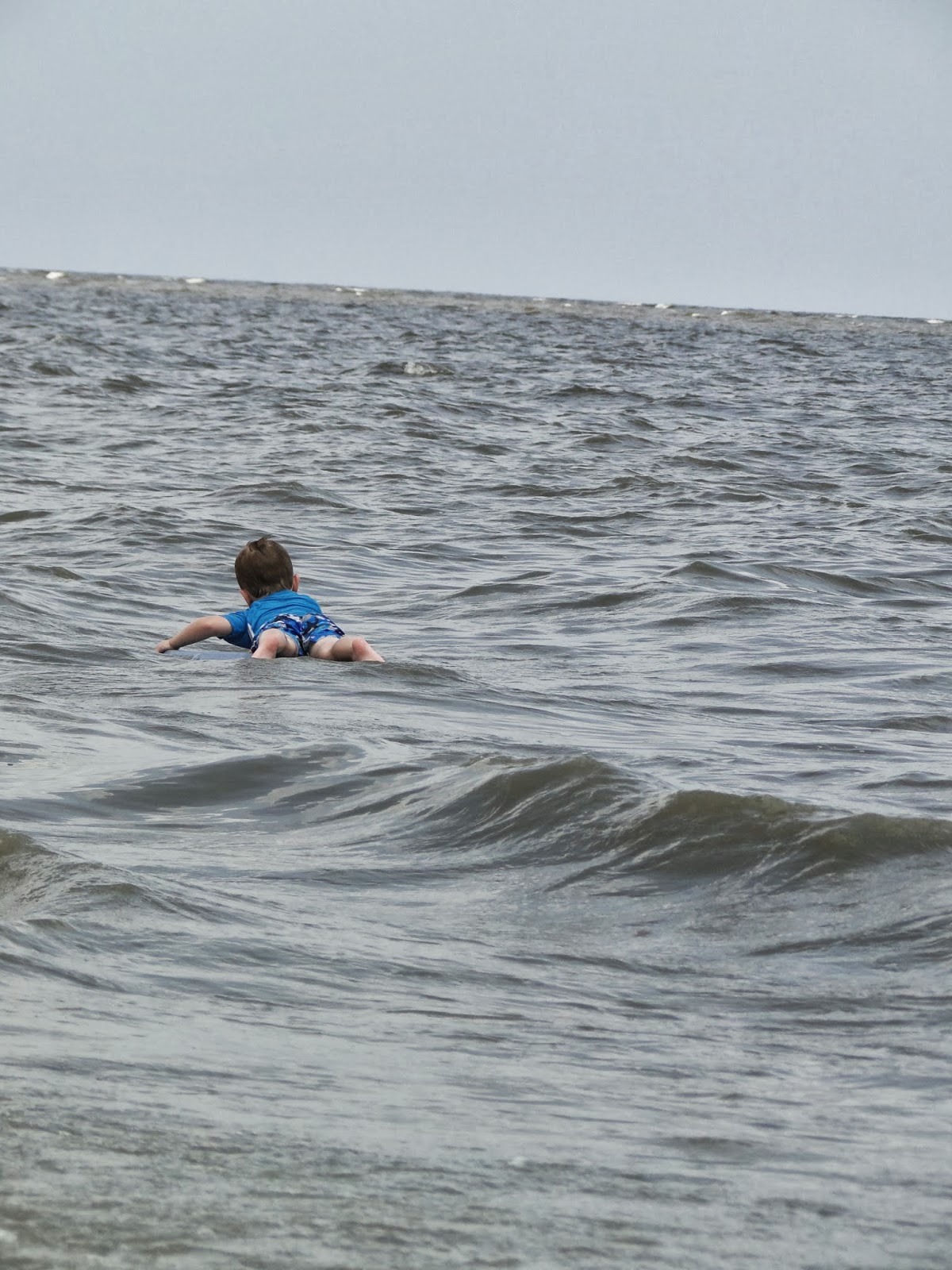 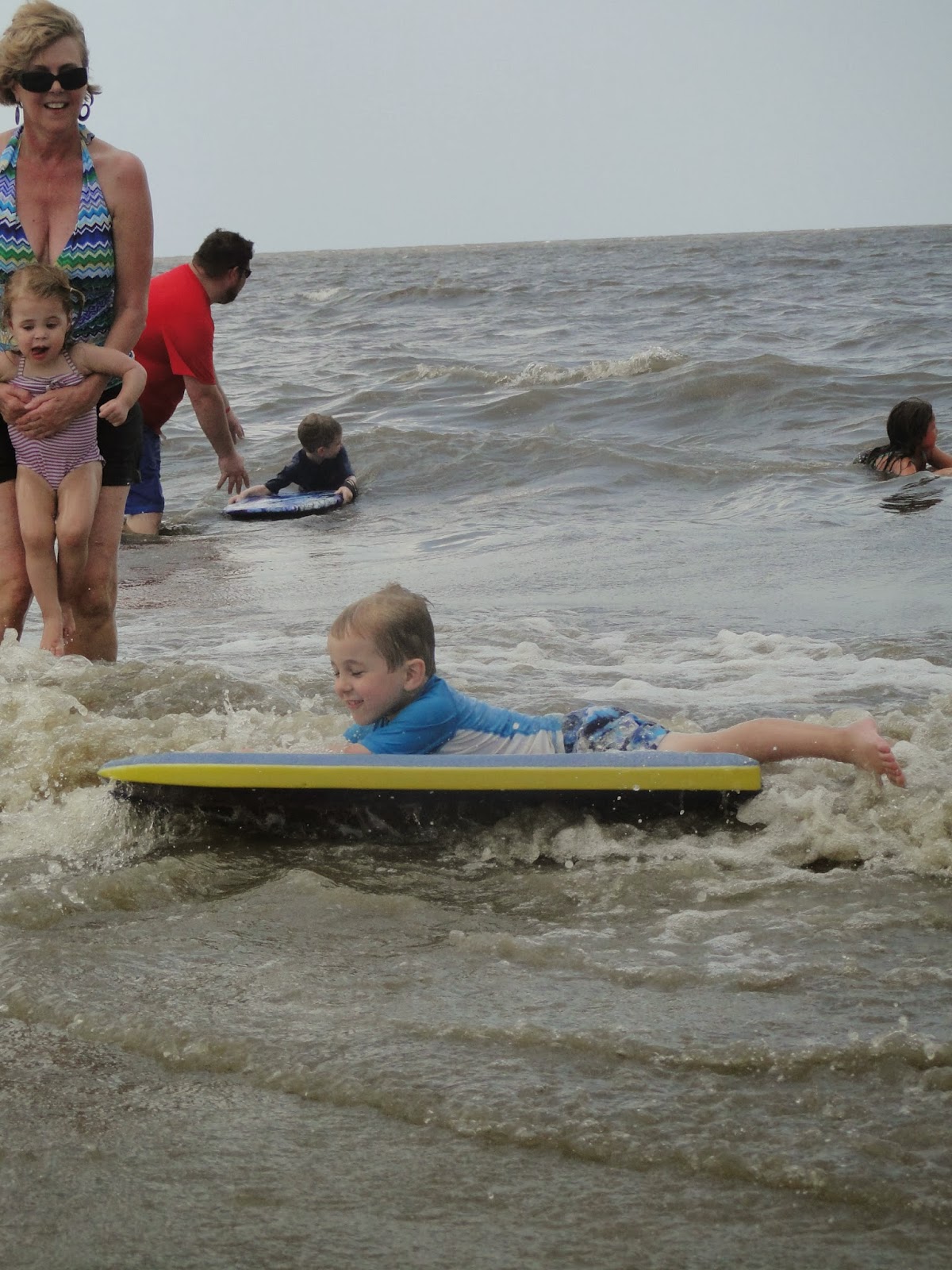 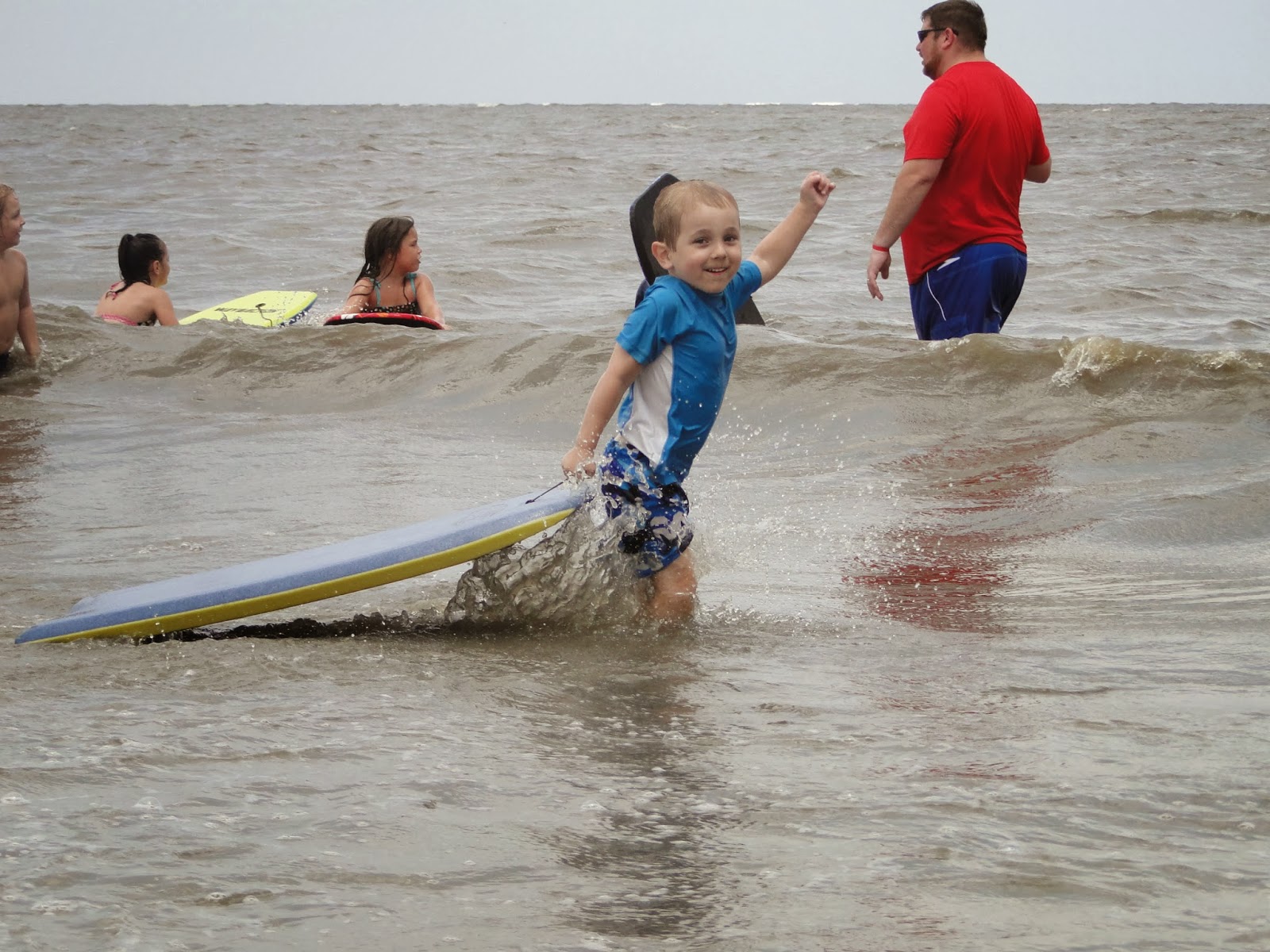 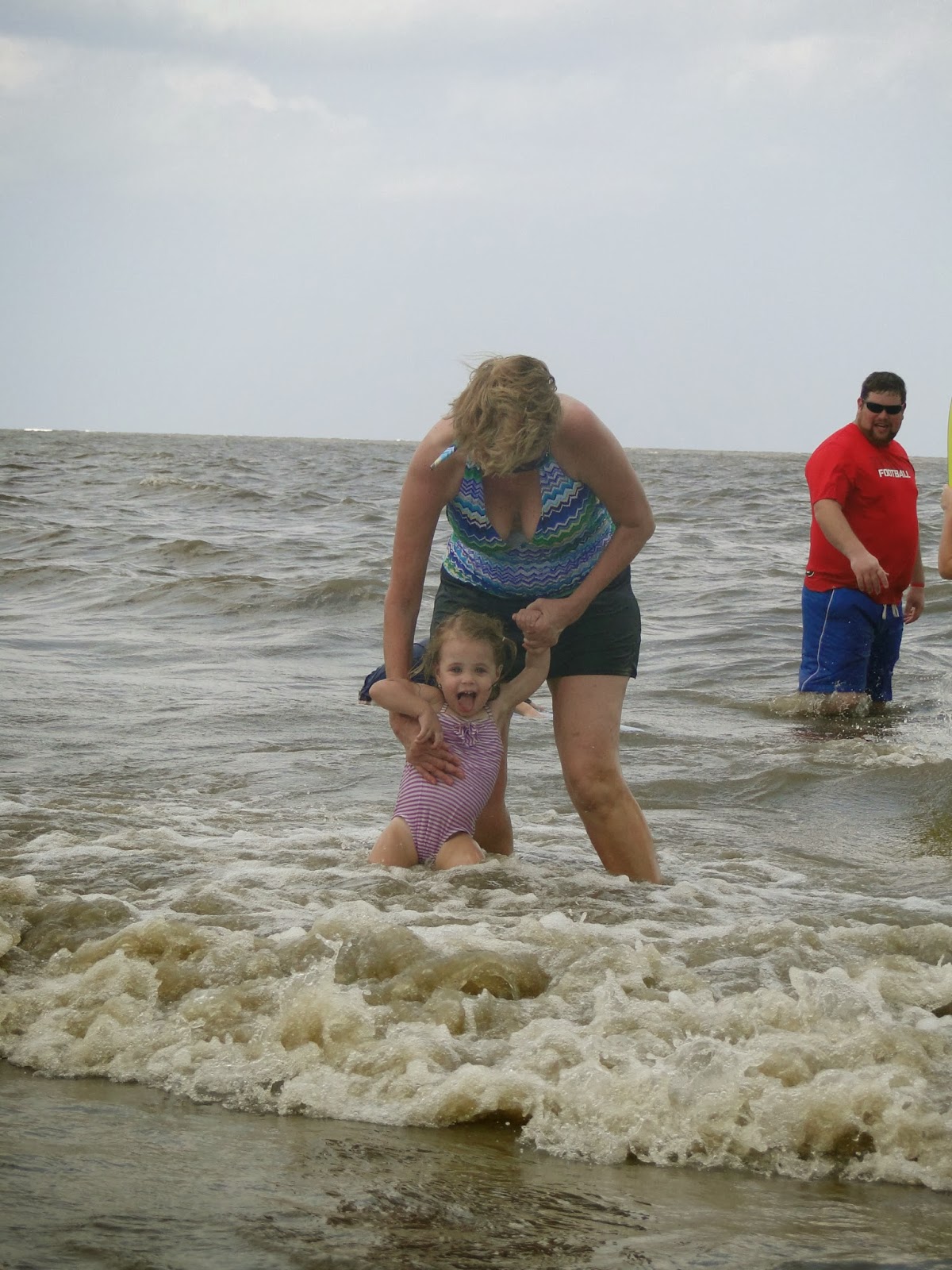 Our friends sweet little boy was so cute and a little nervous about the water and it was hilarious b/c Zach just scooped him up and took him out! Usually little kids are pretty fearful of Zach at first (I mean he is pretty dang tall and intimidating!) but little Noah warmed up to him right away! 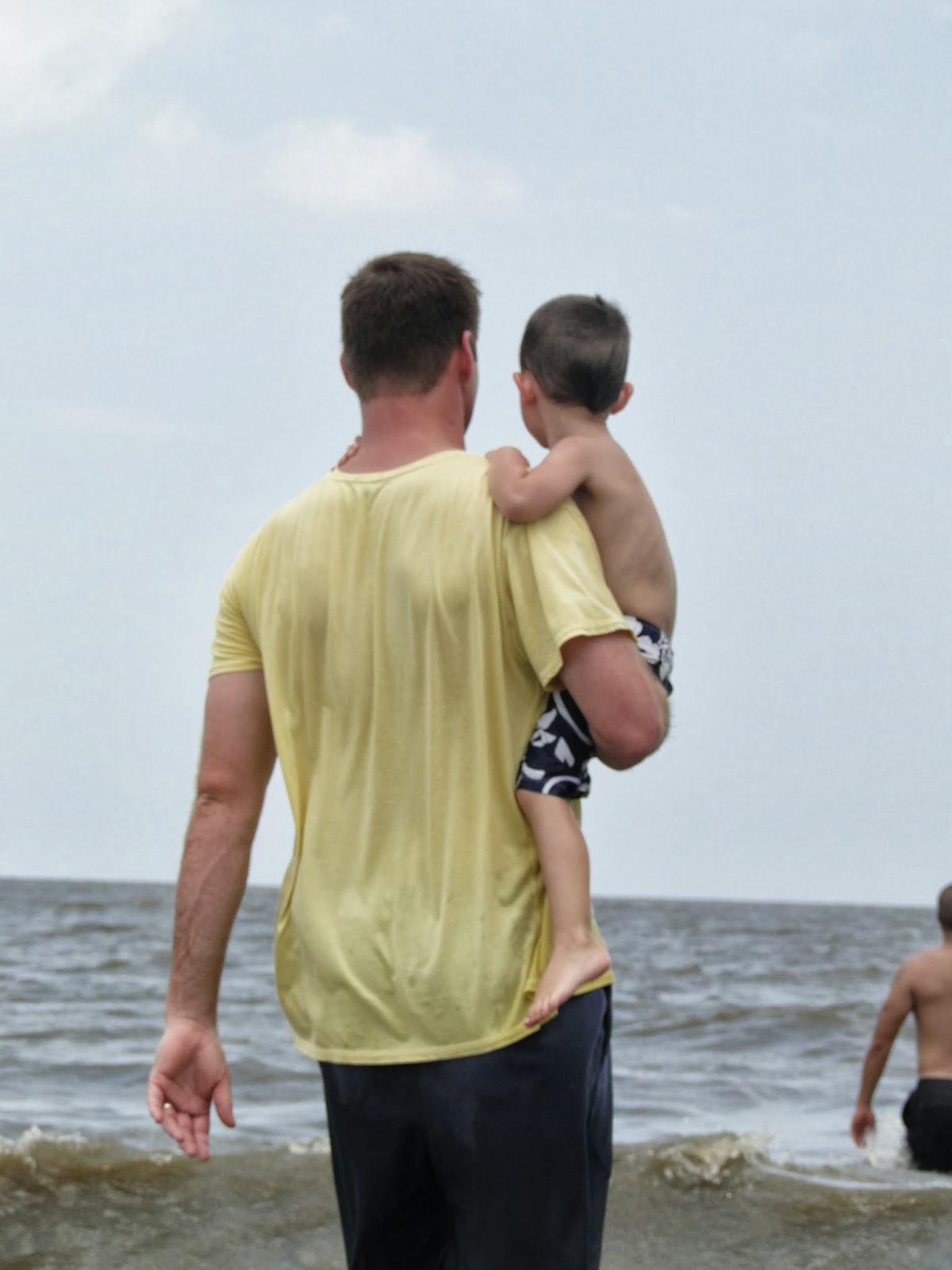 The kids really did have such a great time! It worked out perfectly that we were all able to be together like that. The big Parker family trip ended up being a wash this year (we were supposed to be on the trip when Austin passed away and unfortunately it just couldn’t work out for us to be able to go at another time) so it was nice that the kids got to enjoy the beach for the day and be together! Britt did sleep in the car but for some reason this nap switch up MESSED HER UP BIG TIME! It was like a solid week of her not sleeping as solid as usual and was a reminder to me that we just can’t be letting her skip nap like that. So this was the last time she’ll be skipping her nap until we go to Disney in Feb 🙂

Ending the fun with ice cream! 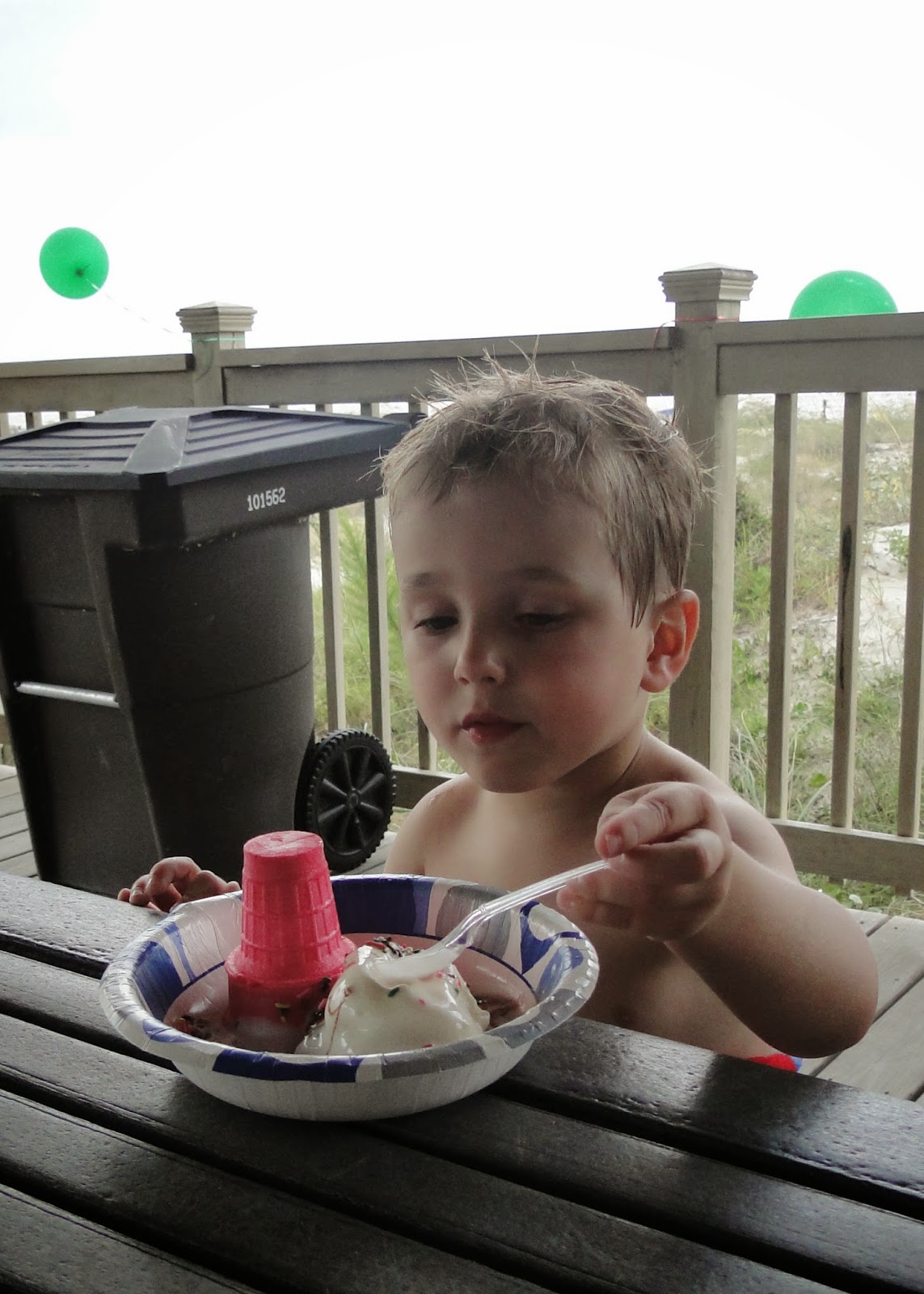 We really enjoyed the day with all the Aflac crew and appreciate Lara for putting it all together for us!