Here’s a monthly look at how Kye is doing compared to the “norm.” I had to include some link pics (taken after he woke up from his nap!) as I think I’ll forever remember this month as the month of the yellow link 🙂 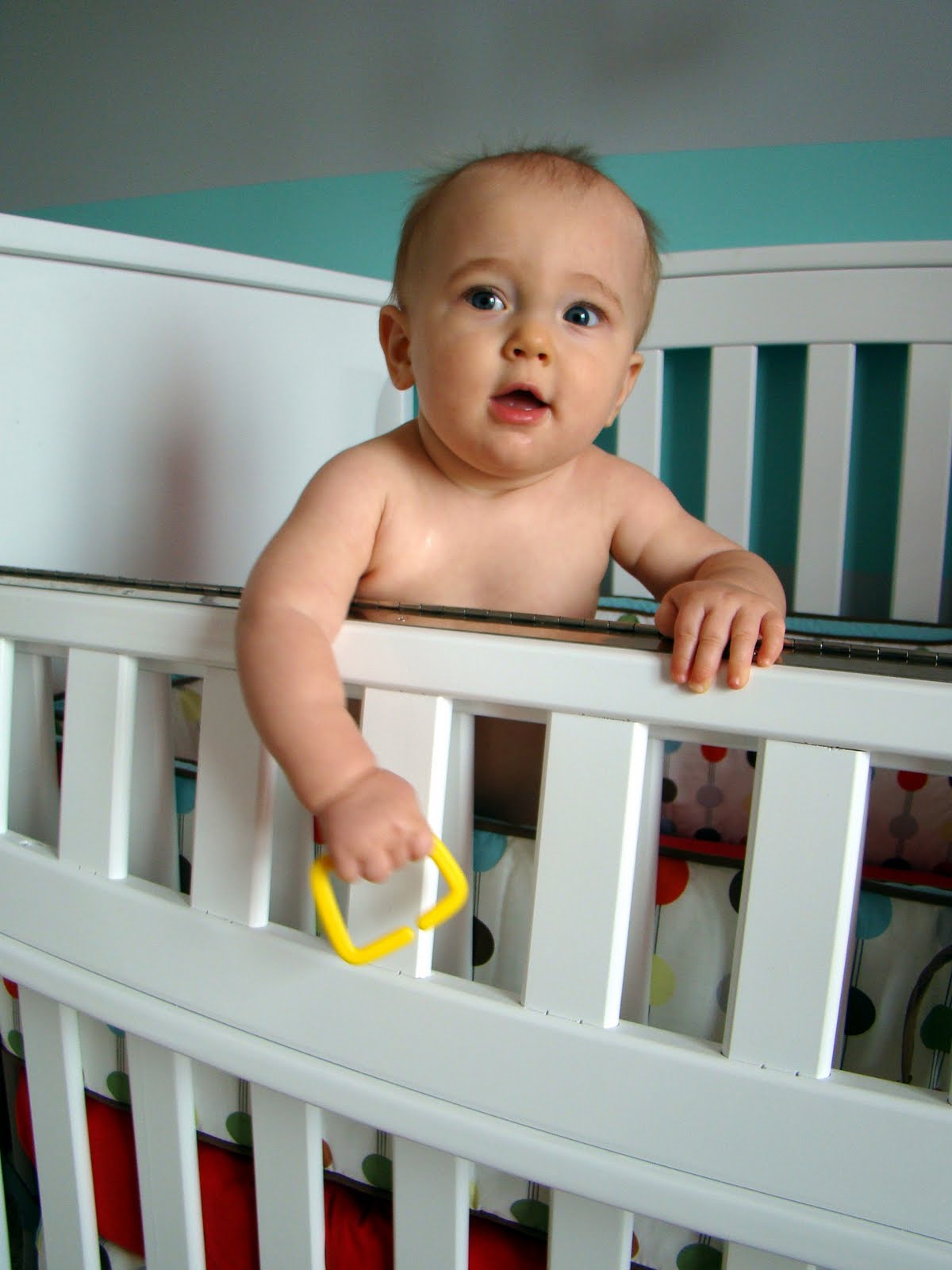 At 9 months old Kye can do all of the things that What to Expect the First Year says he “should” be able to do including: 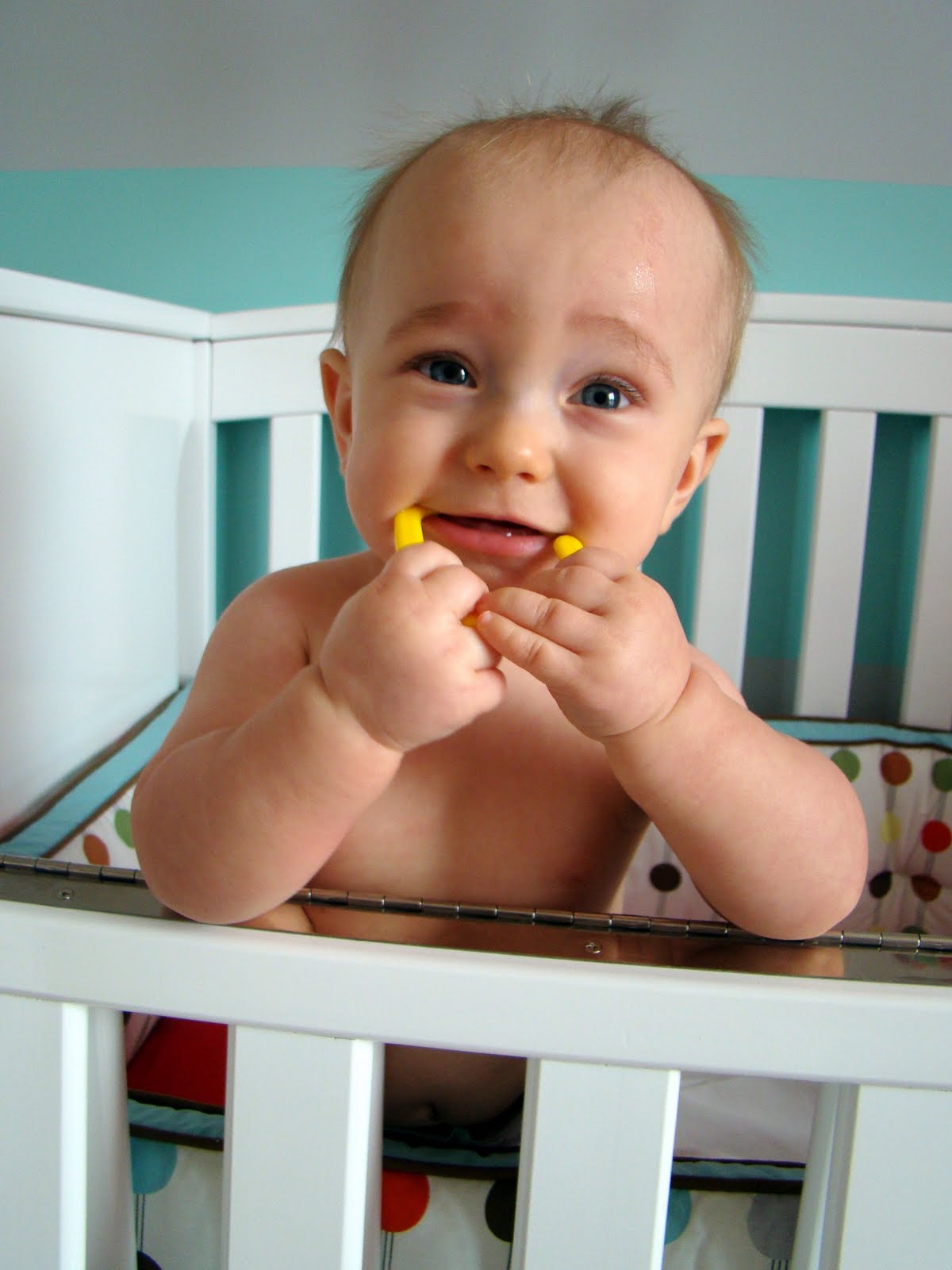 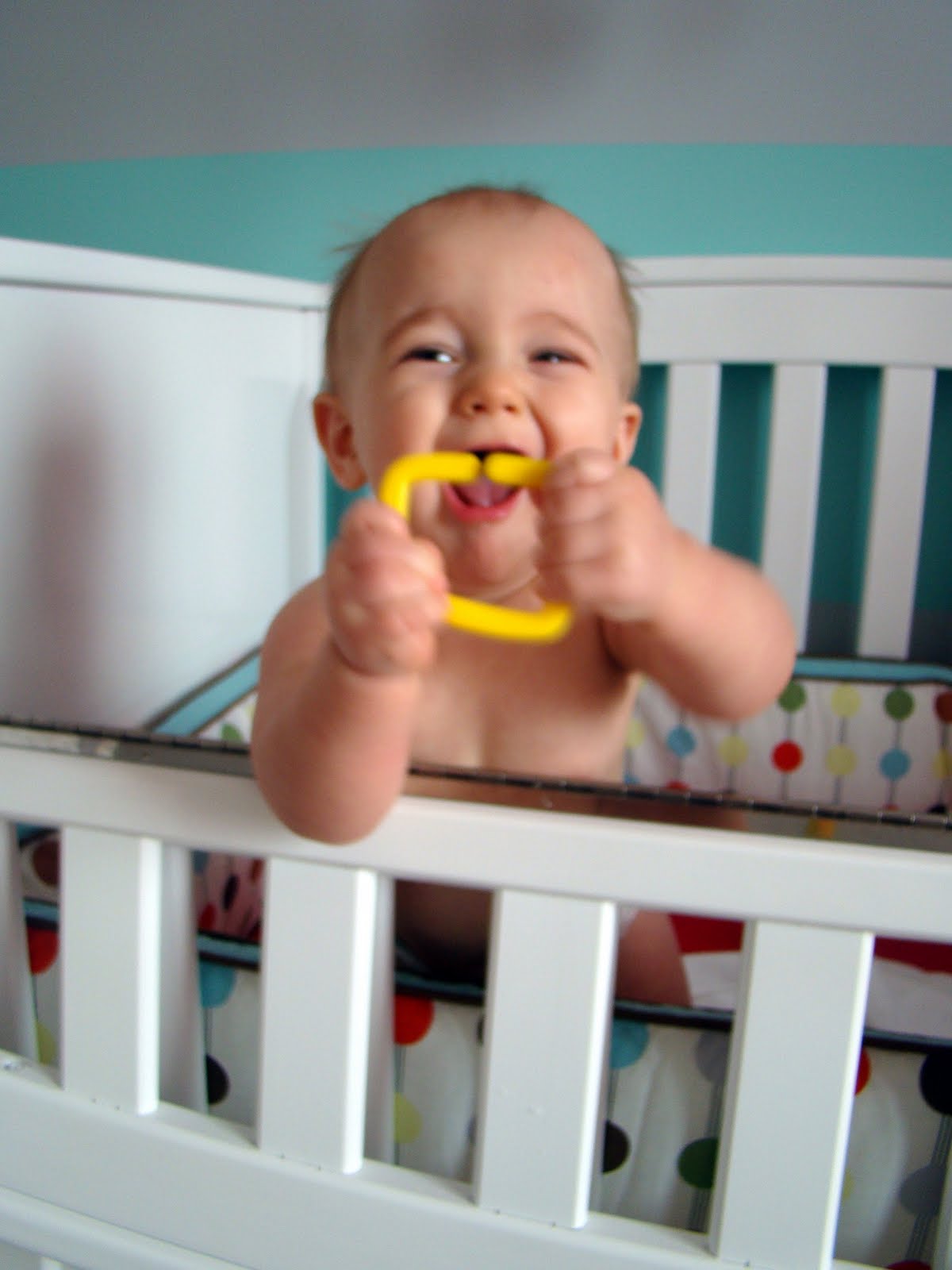 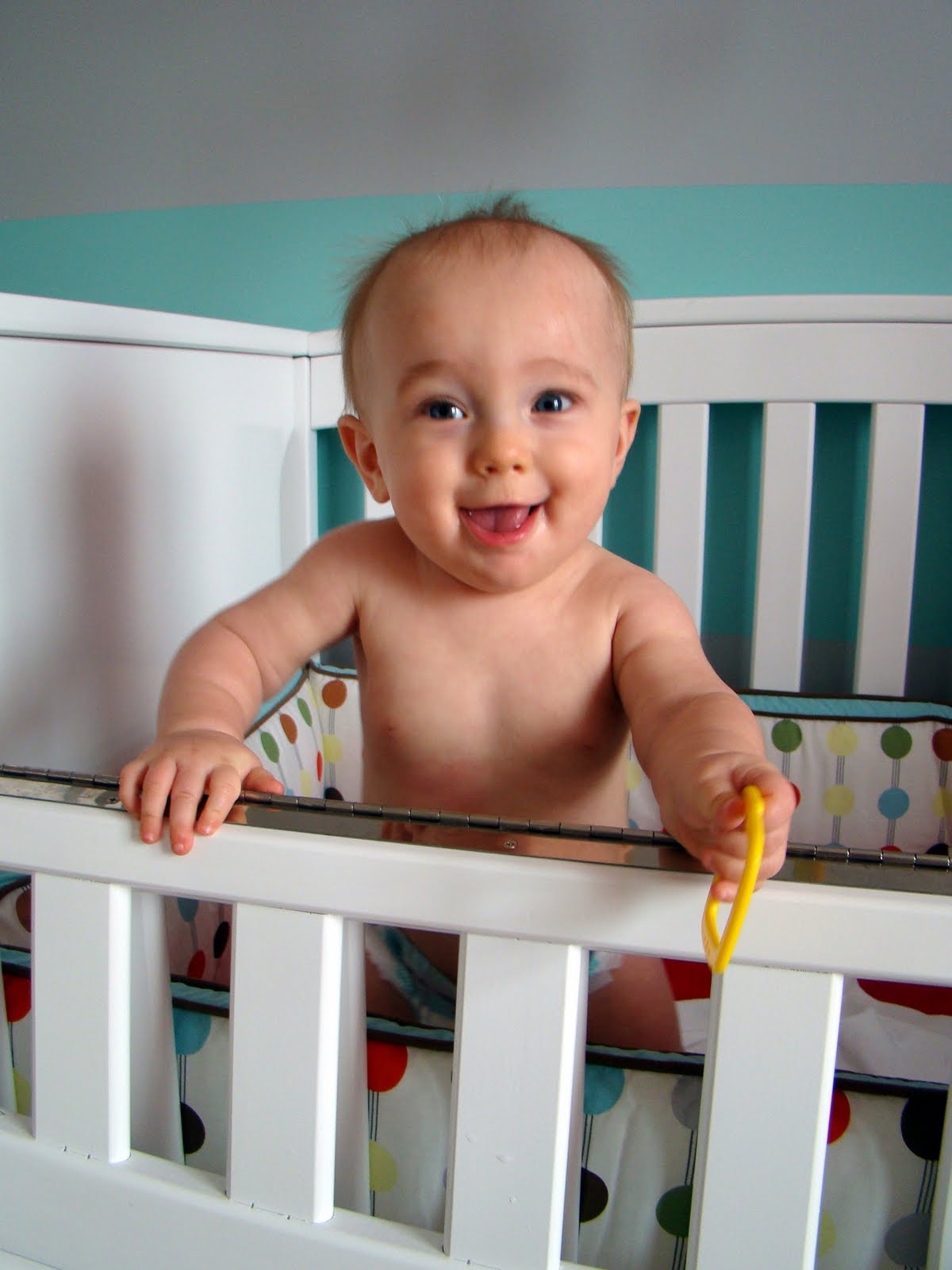 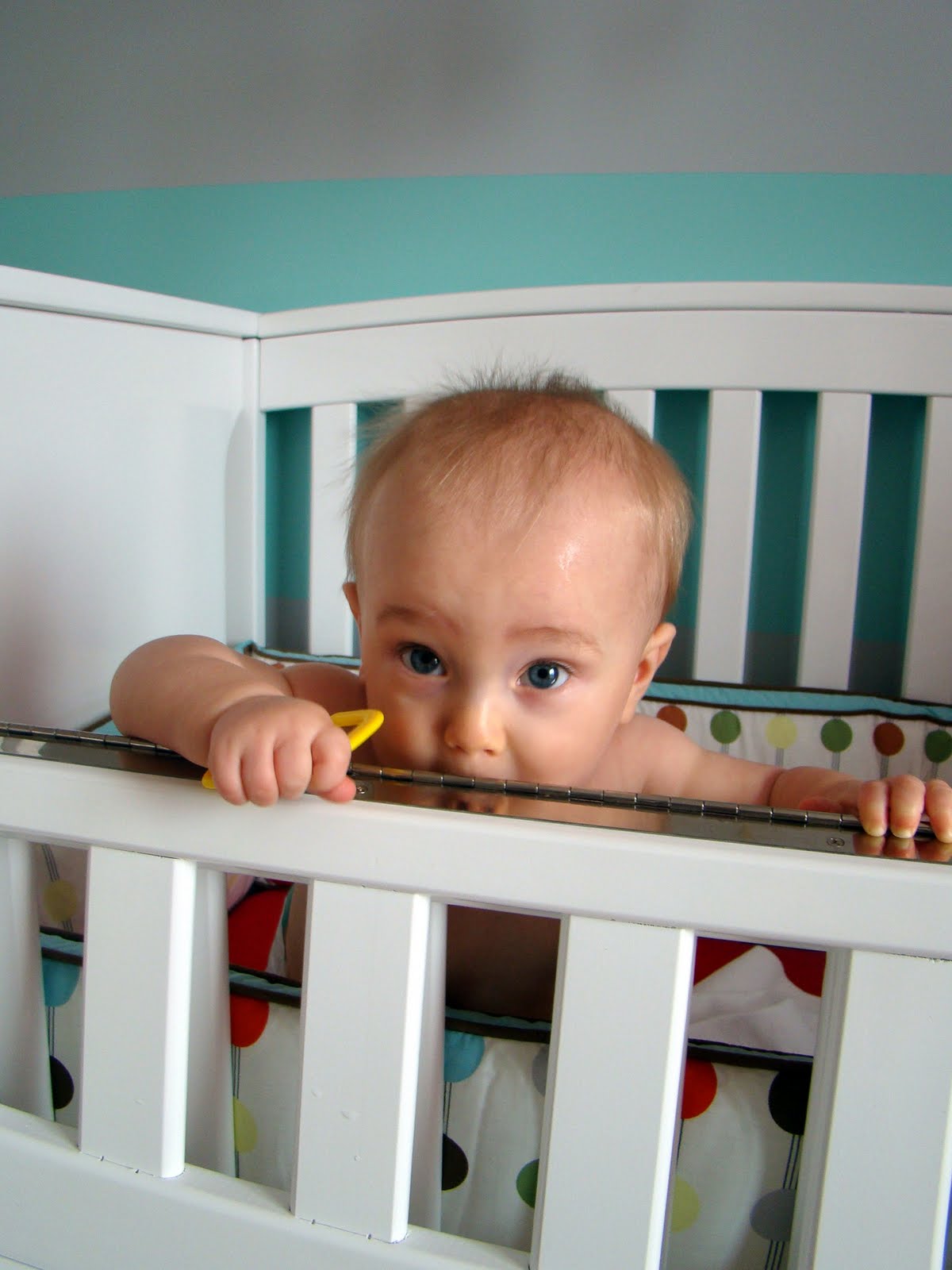 Things Kye can’t quite do yet include: 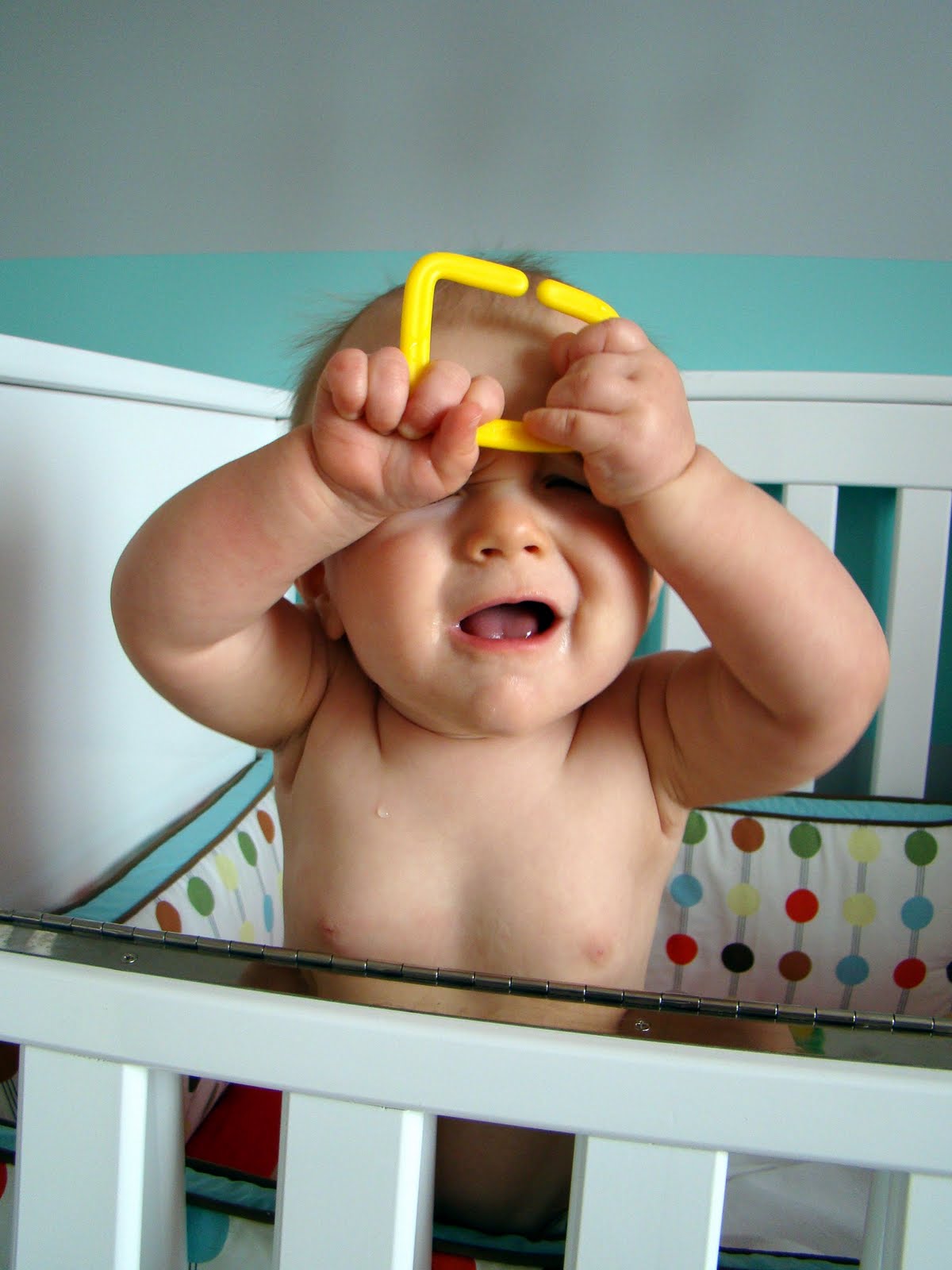 This month’s chapter had some good reminders of little games I can play with Kye to help him along with his development. Several of them I either didn’t remember or hadn’t heard of! These include: 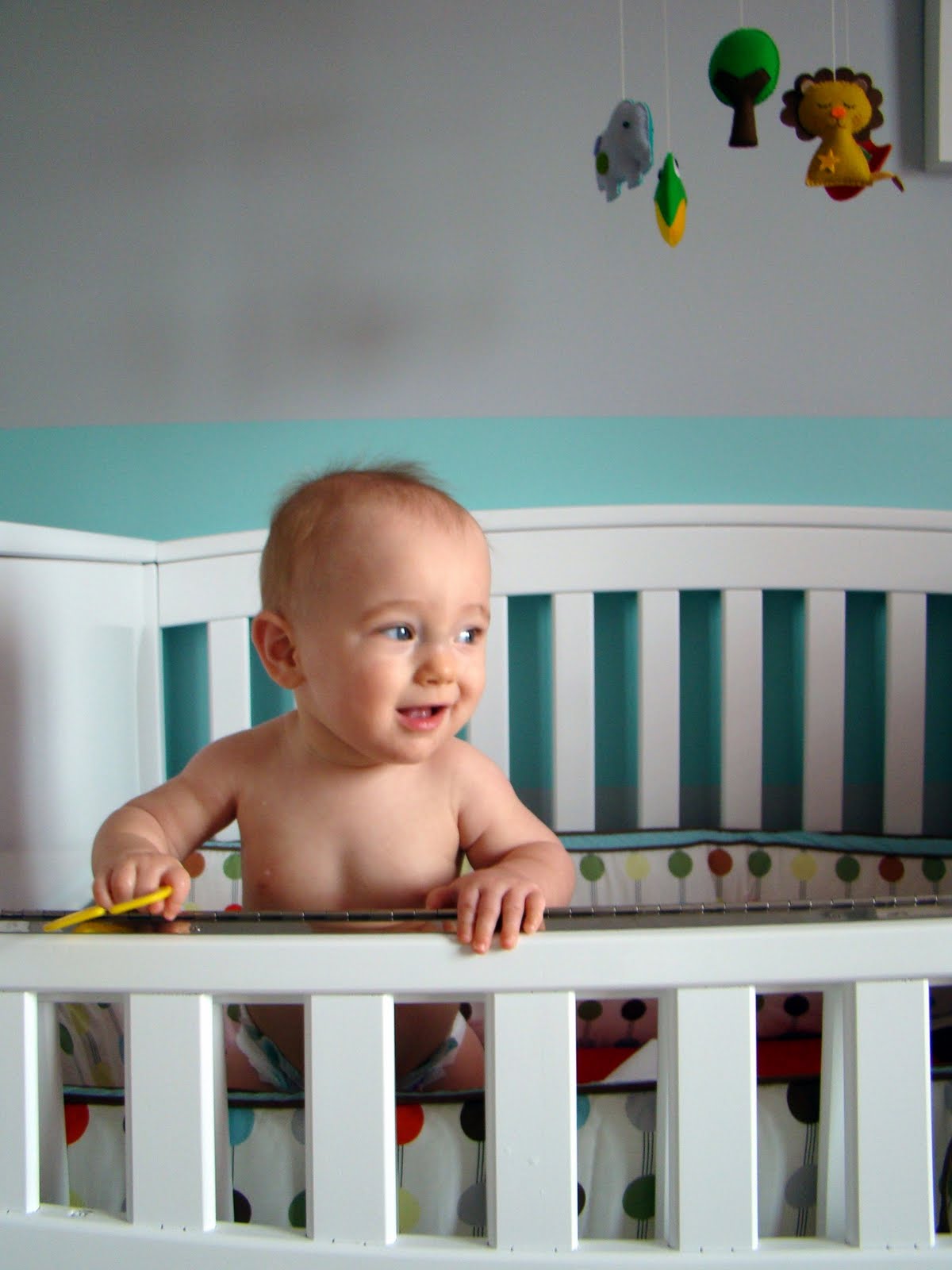 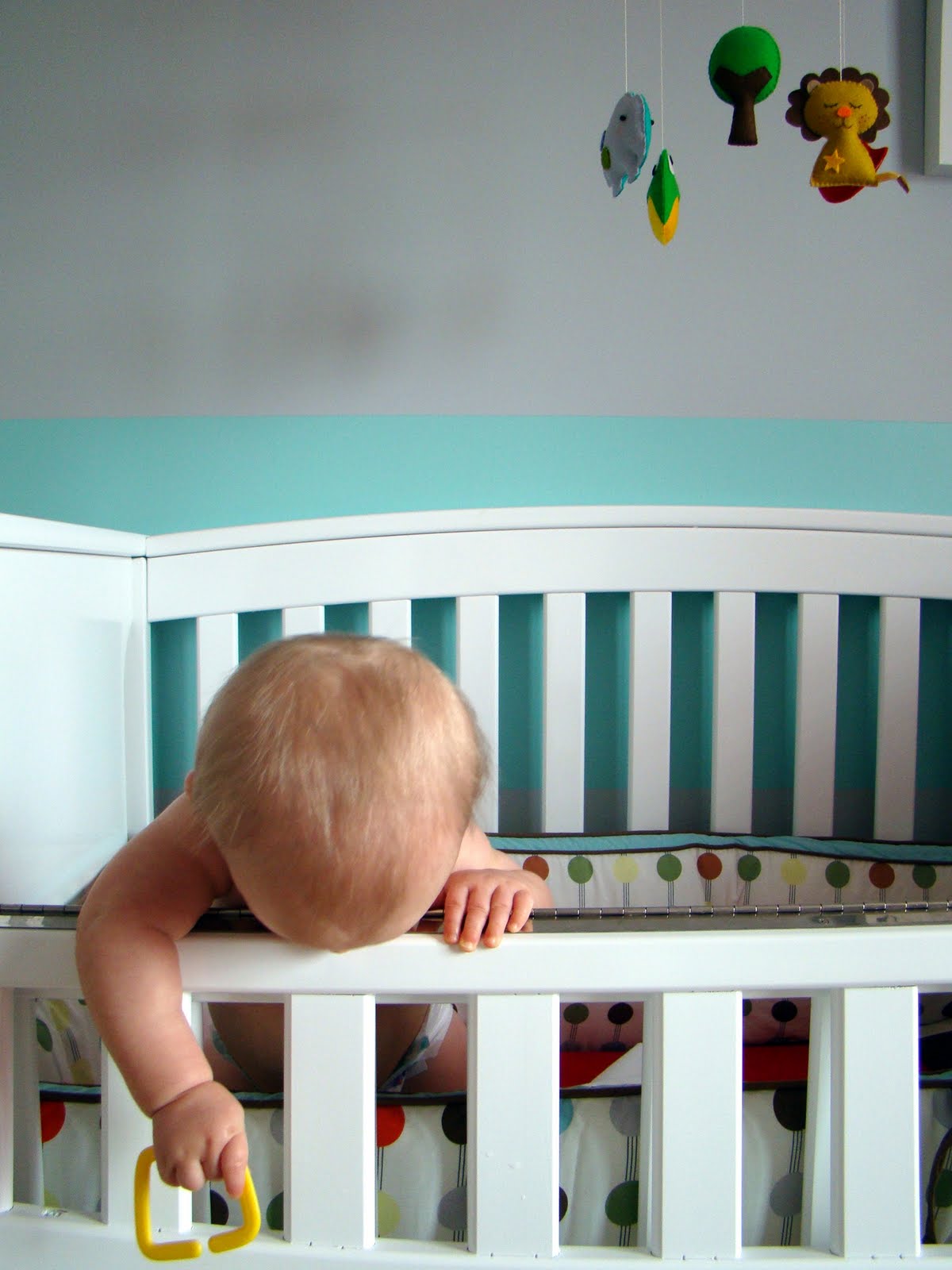 Another big thing covered in this chapter was more about feeding baby. My gut is really telling me that it’s close to that time where Kye will be wanting to eat real food and not this baby food. Of course I just bought $120 worth of baby food (enough to last us until mid Jan!) so he’ll be eating it for awhile!!! But I do think it’s important for me to start making more nutritious real foods and feeding them to him. Basically I have two goals for this month (wish me luck!!!):

1. Get my child drinking the sippy for feedings and saying good-bye to bottle (pray for me on this one!)
2. Start incorporating more “real” food in his diet 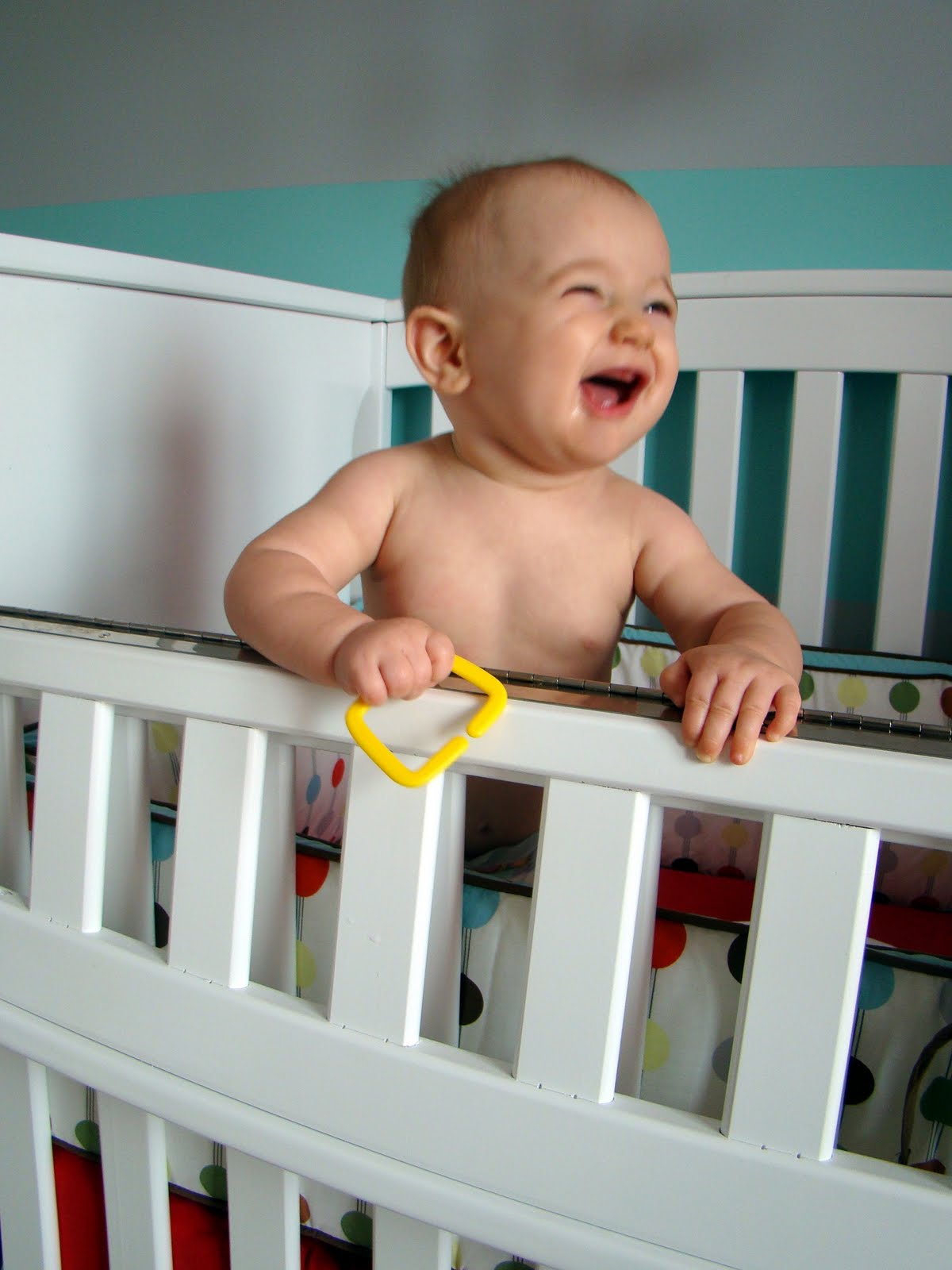 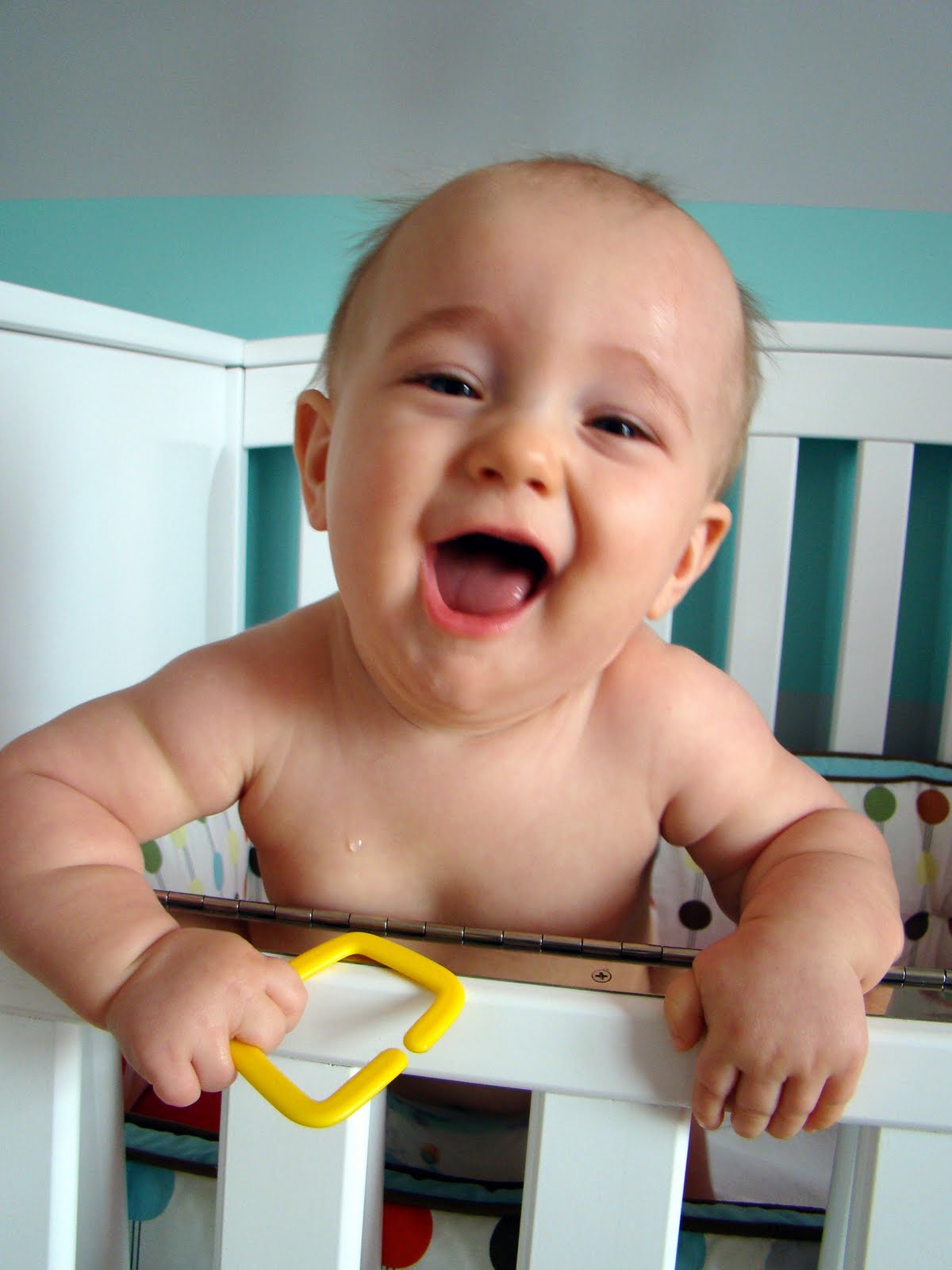