Yesterday Zach and I had been together for officially 5 years! When we got married we agreed to not buy gifts for the “dating anniversary” anymore and just go to dinner and get cards. Lately I’ve been really wanting some Red Lobster and I have a couple gift cards that my cousin Jonathan gave me. So Zach mentioned that we’d go there to celebrate our mini-anniversary. I was a little disappointed just because Red Lobster isn’t exactly the most romantic place around town haha. On top of that Zach kept making little comments about how this really isn’t a big deal and we shouldn’t be making such a big to-do about it.

During the day yesterday I set myself up to be happy with Red Lobster. Right now we’re REALLY tight on money so I understood the need to use a gift card to eat and I made my peace with it that I’d be happy either way! Well Zach told me to dress up night (which at this point means a cotton black maternity dress…made “sexy” by just skipping the cami underneath haha). We got in the car and ended up at The Bistro! It was SUCH a nice surprise since MY WHOLE pregnancy I’ve been made to pick EVERYWHERE we eat (because I’m so “picky” right now). It was great to have a night that HE planned 🙂 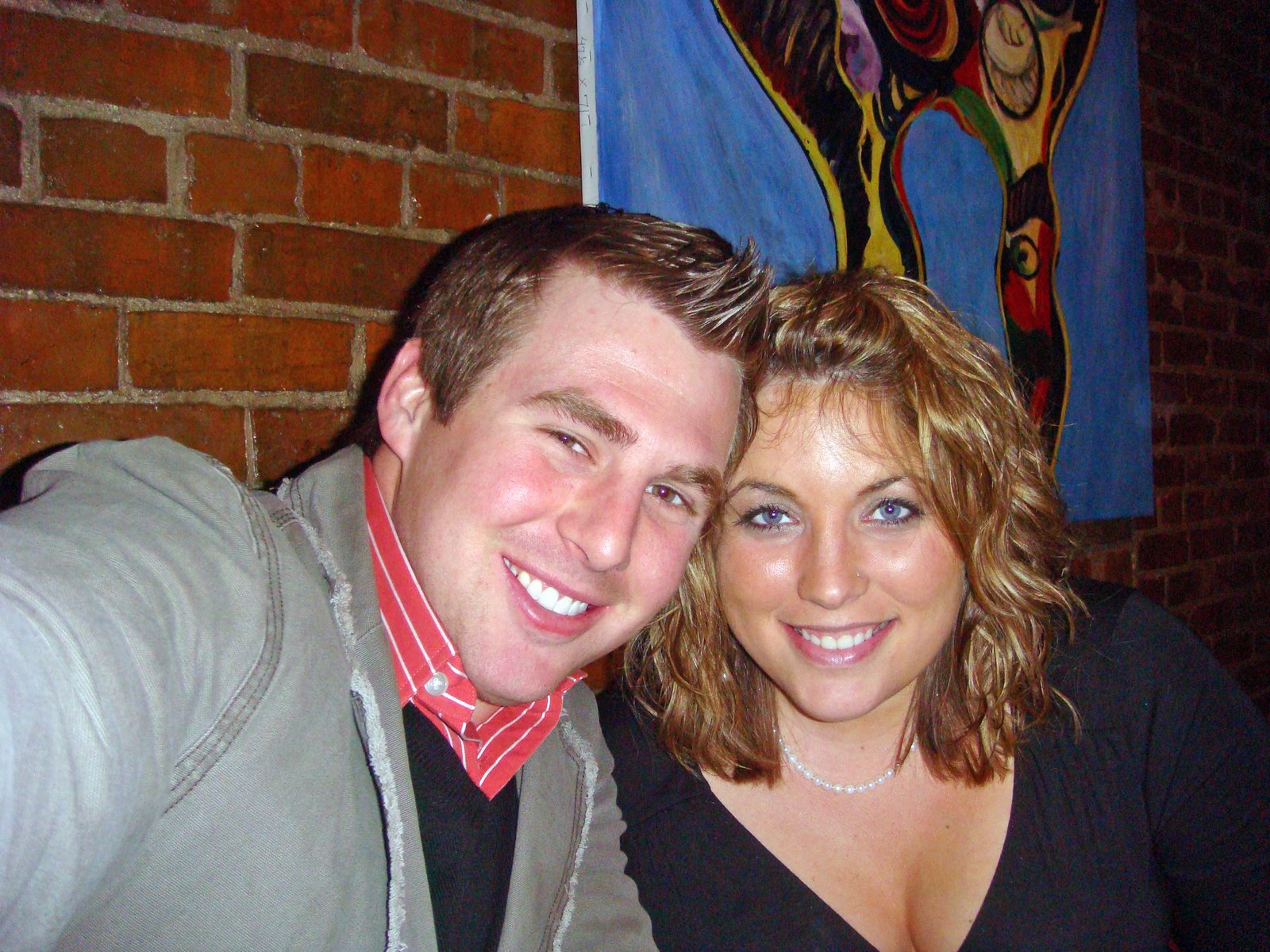 Not only did he book the restaurant, he had actually gone by there during the day and picked out the exact table he wanted (by the window to look out towards pretty downtown Valdosta) and brought roses for them to put for me on our table! 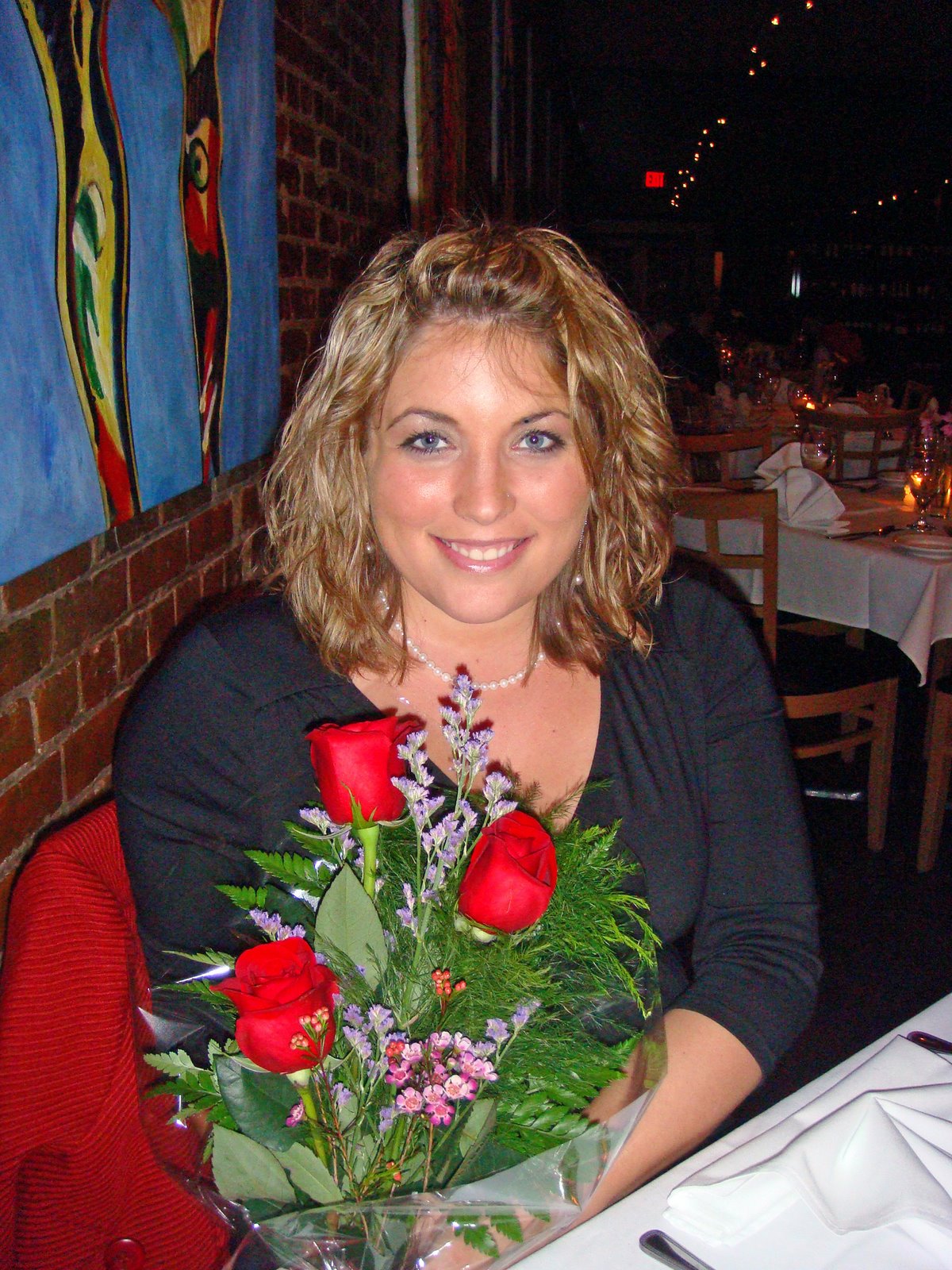 It was a really special night and he was so sweet to think of little touches to make it even more special 🙂 I think the restaurant thought it was our 5 year wedding anniversary because they gave us free dessert! But hey we’ll take anything for free 🙂

How It All Began

In thinking of our 5 years together I thought it’d be appropriate to take a look back at how things started. This picture is NOT our first together…can you believe I didn’t own a digital camera when we got together??? I didn’t get my camera until my 20th birthday so this was taken that night which was after we’d been together for 9 months but we still look so much younger!!! 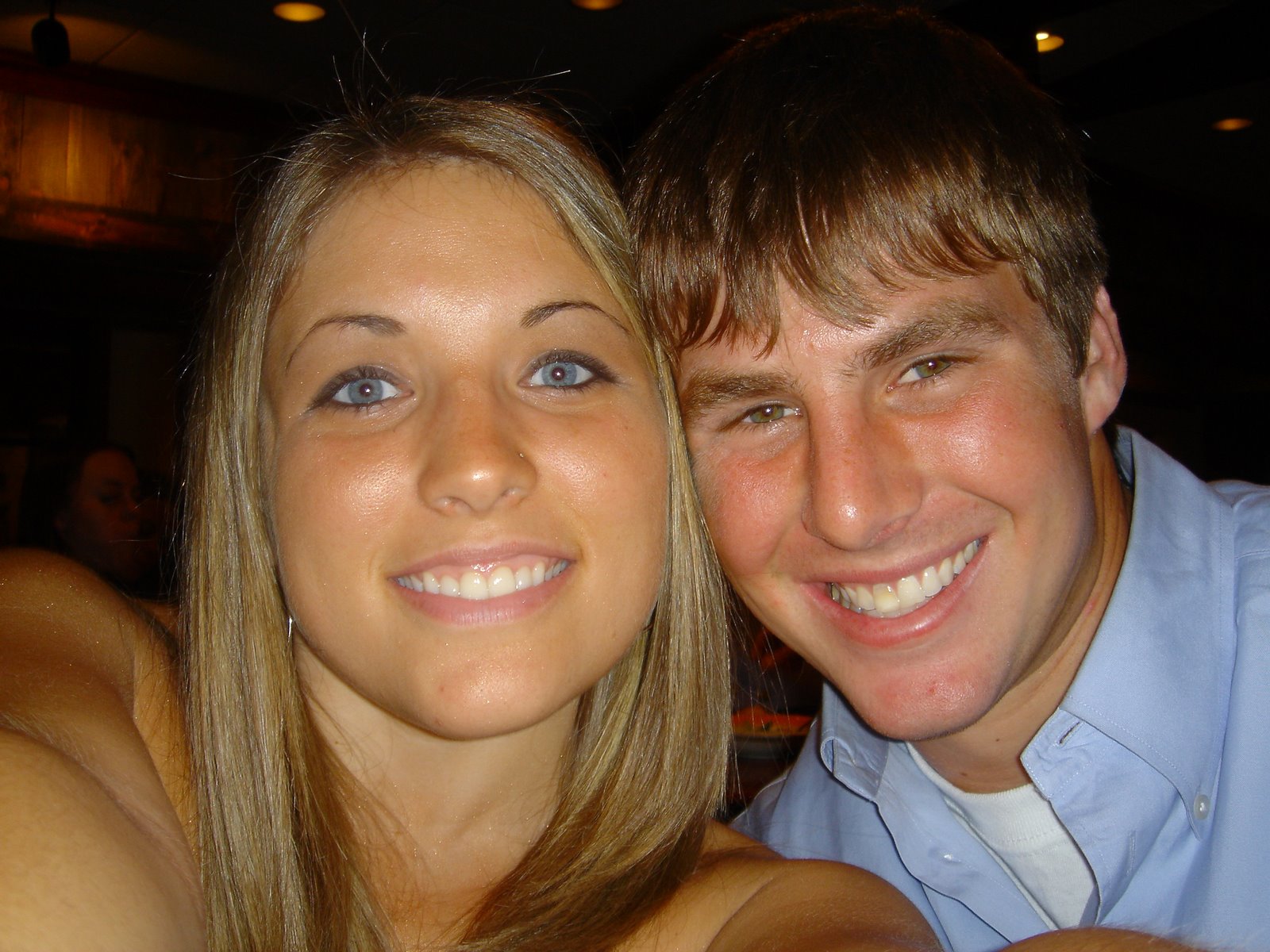 Zach and I don’t believe in soul mates (that there is just ONE person in the world who is MEANT for you) but I do feel like ~fate~ kinda brought us together. 5 years ago I was a freshman at FSU, on-again with my high school boyfriend Mark, and super close to my dorm roommate Kim. Well Kim had her heart semi-broken (from a guy named Zach haha) and I wanted to cheer her up so I thought we’d do the hour and a half drive or so to Valdosta to check out the town and hang out with some cute boys from high school (Jared Luke and Bryan Langley) in hopes that she’d hit it off with one of them.

Turns out…I was meant to find the person I’d be with! Long story made short Jared and Bryan wanted us to go hang out over at their friends house (I found out later that our meeting was pretty much pre-planned thanks to Scott Palmer). We met him in the bowling ally parking lot and Zach drove beside us in his trailblazer. I’ll never forget it! He hung his head out the window and had his hat on backwards and acted very very confident. I, again I was looking for a guy for KIM here not myself, turned to Kim and asked her what she thought. She said he was super cute so she wanted to go over there. We went over there and the boys watched Malibu’s Most Wanted. So stupid. Zach and I talked some and once we got to talking (and I got past his very very confident exterior) I realized we had a lot in common and wanted lots of the same things.

I really didn’t think anything would happen after that but when Kim and I got back to Tallahassee a 229 area code number called me and it was him! He’d gotten my number from Jared, we started talking, ended it with our current significant others, offically decided to be together on Feb 5th 2004, and I moved to Valdosta 3 months later! And now I’m married and knocked up haha

The Happiest Day Of My Life

Feb 5th is not only significant for how long we’ve been together, but it’s also the day that Zach proposed to me! 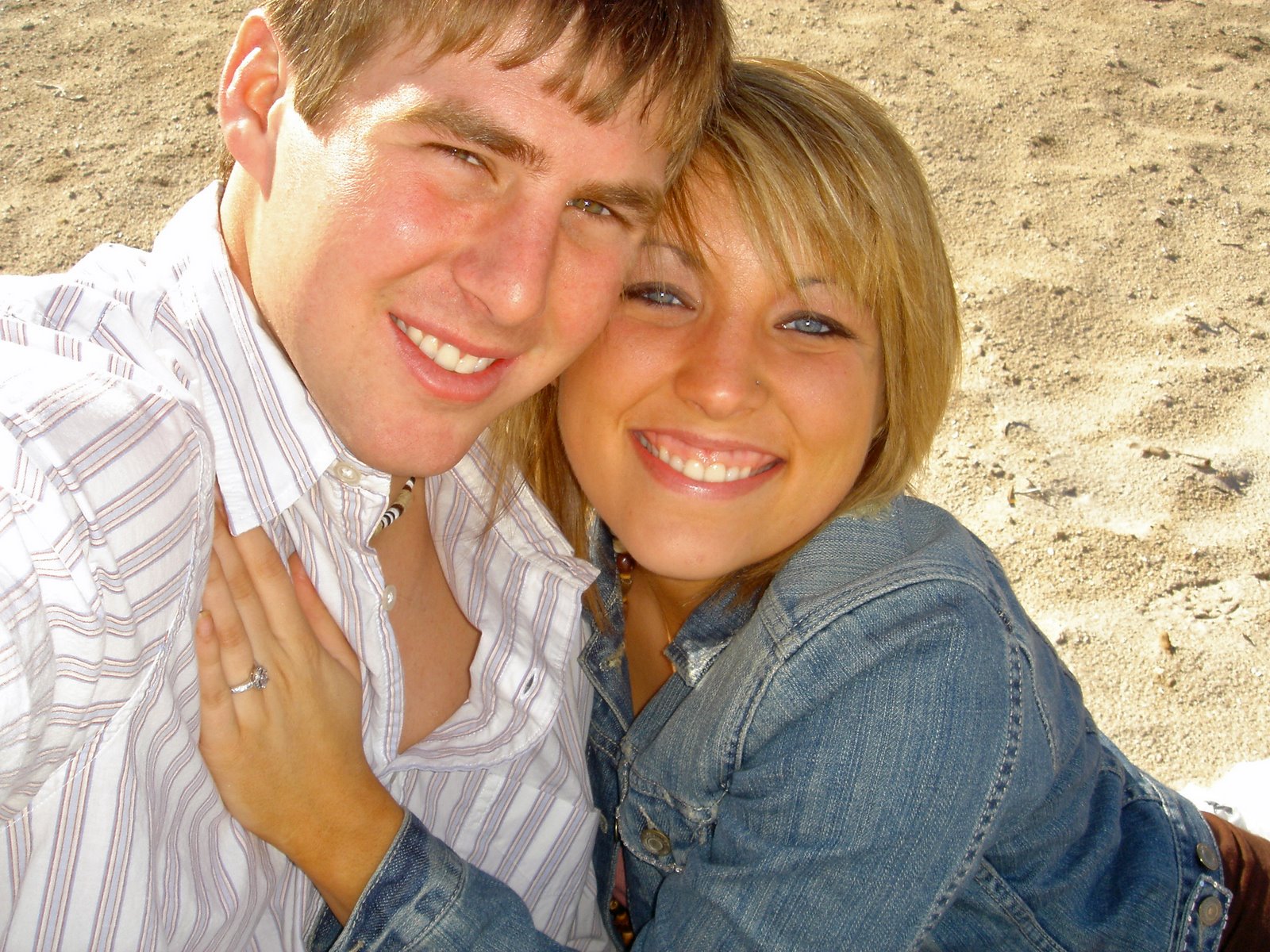 Most women say their wedding day was their happiest day followed by the birth of their children. Well, Clover isn’t here yet so I can’t speak for that, but my wedding day wasn’t my happiest! It was a close second but the day Zach proposed to me (THREE YEARS AGO DANG!) was the happiest day of my life!

It was our two year anniversary and I didn’t even see it coming. We went to our spot on the beach in Satellite Beach and had a picnic. He had me serve him the food (which I thought was rediculous) and when I opened the picnic basket I saw a box from Steel’s. I thought it was a bonus anniversary present (since he sucked up the gift giving and gave me the picnic basket as my 2 year anniversary present!!!) so I turned to him and said “what did you do?” and he was on one knee!!! He asked me to marry him and I was in such shock I NEVER said yes! I just said “shut up” over and over and bawled crying (Zach says I sounded like Will Farrell in Anchorman sobbing about his dog Baxter). I didn’t even notice the beautiful ring! It was all such a surprise and so romantic that it really was the happiest day I’ve ever experienced!

February 5th will also be a special day for Zach and I…it marks when we first offficially became a couple and when we first officially decided to become husband and wife! I’m so thankful for the years I have gotten to spend with Zach by my side. There have been LOTS of ups and downs but each step has gotten us to where we are today and I wouldn’t change it for anything!