I officially welcomed in the THIRD TRIMESTER while in Vegas!!! 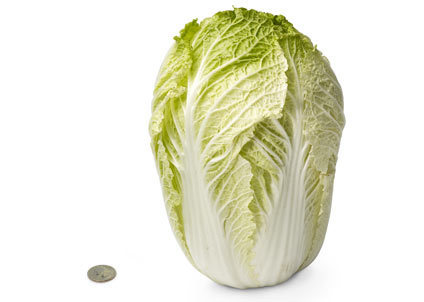 Baby Growth: Right now Blitzen is weighing in at about 2 1/4 lb (as much as a chinese cabbage) and measures 14.8 inches from top of head to heals of feet. Blitzen is able to blink and is growing in eye lashes and may even be able to see light that filters in through my stomach 🙂 Poor thing was probably thrown off from the time zone changes this weekend like I was! 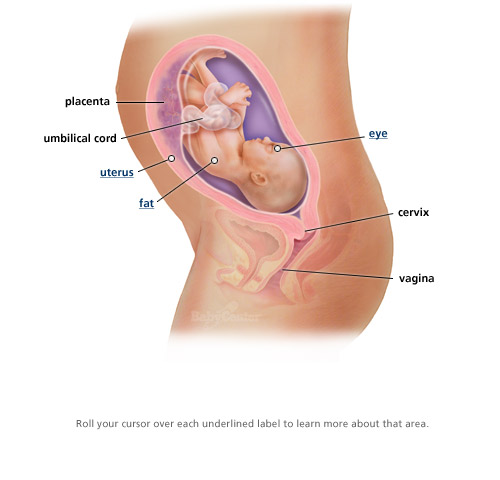 Belly Picture: Every Friday I try to wear something tight fitting so you can really tell how much I’ve grown and changed…but this Friday I was in Vegas and since Katie and I only carried on luggage I didn’t have many options for what to wear. I was wearing this anyway to the event we attended so I just used it for my weekly picture…you can’t even really tell I’m pregnant! Sorry! 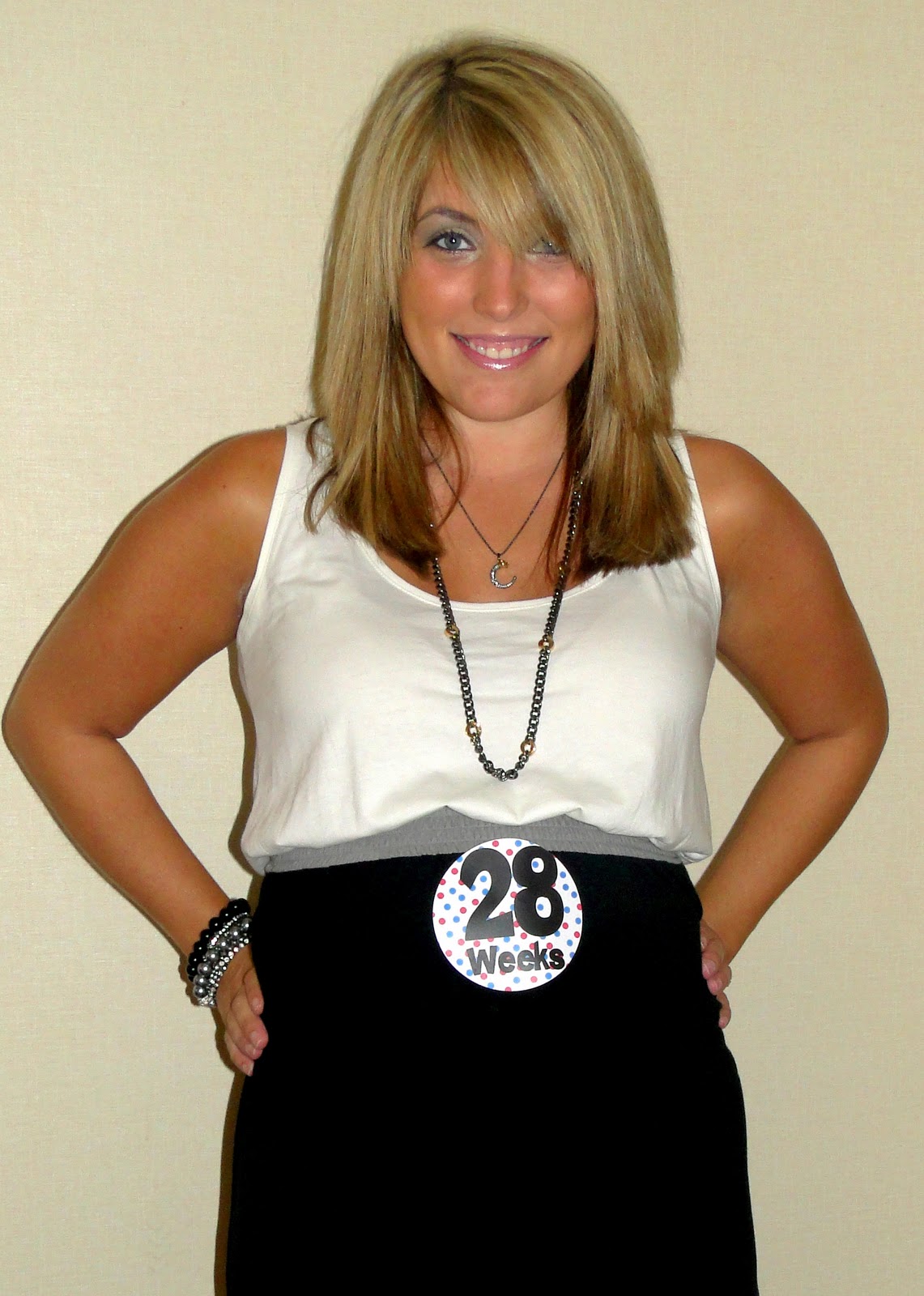 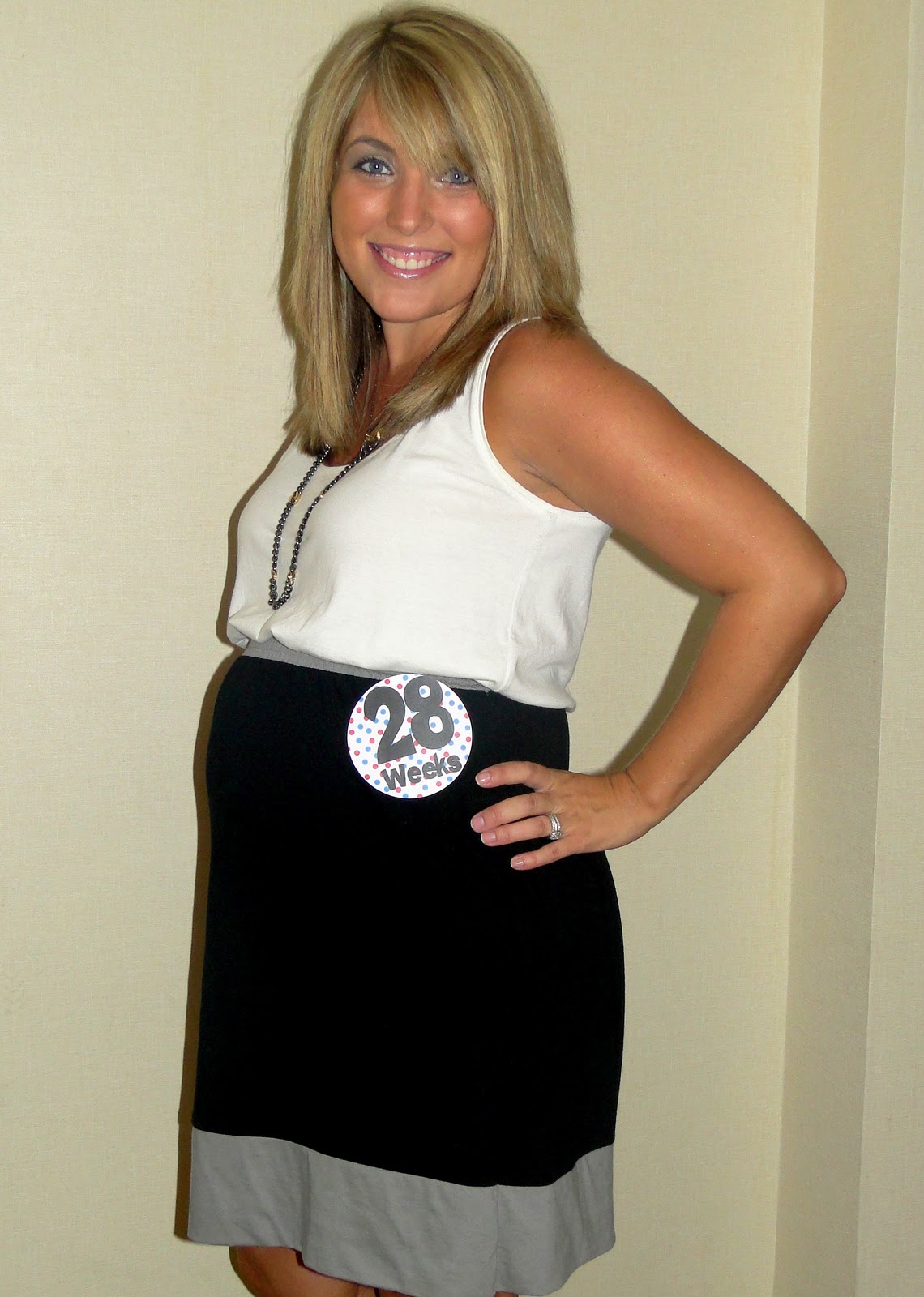 My Symptoms: No spotting still, however I did go ahead and start taking an antibiotic to treat whatever bacterial junk I have going on that’s causing the extra discharge. Also rocking some panty liners! AND I noticed a little leakage in my bra (more from the right one than the left, which is the same as last time)! YAY! It hasn’t been much but it’s enough for me to feel better about my milk coming in okay 🙂 Also had my first little bit of a bloody nose…it didn’t leak out of my nose but when I blew it the snot was bloody.

Really no new symptoms to report…I notice I get worn out easier and things that used to not wear me out now do. Flying across the country was rough on me! On the flight there (on Thursday) I wore my compression socks, drank TONS of water, and walked a lot. I felt pretty good overall and think staying hydrated and walking really helped. I ended up sleeping 12 HOURS that night which was much needed! My sketcher flip-flops I bought work like a charm and I’m sure they will be so helpful for Disney this week. I still get tired fast when I do a lot of walking, but my feet really don’t hurt when I wear them! They are so comfortable that I’ve actually been wearing them around the house instead of slippers!

I’m interested to see if I’ll start getting more symptoms this week now that I’m in the third trimester! I have noticed that I’m getting more uncomfortable where my chest meets my stomach. I feel like my boobs weigh 1,000 lb and are weighing down on my tummy. I remember feeling that way with Kye a lot earlier. I think Kye was higher than Blitzen? I remember if shirts and such had a band or empire waist that it bothered me and I’m just now starting to notice that feeling.

Overall, I hope I can look like this for all the rest of my pregnancies. I feel like I look SO much better than I did with Kye and I really, really love telling people I’m 7 months pregnant and hearing them say that I don’t look it one bit. Often people don’t even believe I’m pregnant! I did get several “how far along are you?”s while in Vegas which I enjoyed but I also got semi-hit on at the event multiple times which I enjoyed even more 😉

Weight: Didn’t weigh in and won’t be able to this week either since we’ll be at Disney World…hopefully when I weigh in the following week it’ll only be a three or less lb weight gain, but with all the snacking and eating I’m sure it’ll be more. We ate like QUEENS in Vegas and I know we’ll eat a lot in Disney too! Supposedly in the third trimester I “should” gain 11 lb overall. If I can manage that then I’ll be at exactly 20 lb which would be AWESOME. We’ll see!

Gender: We NEED a girl’s name! We’re driving separate from Mom and Mrs. Charlotte on Wednesday to go to Orlando so it’s a good time to discuss it 🙂 I’d totally be down for a Disney themed one – Ariel? Belle? 😉

Maternity Clothes: Still wearing a good mix, mostly wearing maternity pants but not the tops. They STILL look too big. I must have been a whale last pregnancy!

Movement: So, so much. Katie was able to SEE the movement of my stomach from across our hotel room! And on the flight home I could feel the baby ALLLL the way across my stomach. He or she must have been stretched out completely! The kicks are getting more painful and I can feel body parts really well when Blitzen isn’t even moving. Of course I can’t tell what body part I’m feeling, but it’s still super cool.

Sleep: I had a rough bit of sleep before Vegas because Kye was so sick. For three nights I barely slept at ALL. Then I made up for it on the trip by sleeping 12 hours one night and 10 the next. Of course the red eye flight home and time change didn’t help me feel very rested when I got back, but I have two solid days to get back on track before we’re on the move again! I’m still sleeping soundly but I have had to wake up to go pee some.

Cravings: Since Katie and I had pasta and pizza pretty much the whole weekend, I guess that’s what I’m craving? The BIG one is chocolate milk. Even when I had to pay $4.00 for a glass in Vegas it was worth it! I have to have a glass of chocolate milk a day. Just one, but it’s vital 😉

What I Miss: Feeling prepared. I keep telling people that with your first baby you are just SO READY to meet the baby and time can’t go fast enough…with the second I feel so totally unprepared and just want Blitzen to take his or her precious time to arrive so I can get everything done. After Disney it’s time to get serious!!!

Questions/Concerns: Kye was sick and although I don’t feel full out sick, yet, I’m starting to get nervous that I’m going to be sick for Disney. I’ve called into the dr and am hoping they’ll give me some meds to kick it out before it takes over! Our weather forecast for Disney is scattered thunderstorms allll day everrrry day so I’m worried about that. So no baby worries this week, just Disney ones 😉

Goals for the Week: I have literally never been as excited as I am for this trip. Never! And I’ve been on a LOT of trips. I get tears in my eyes thinking about it. I’m that pumped. I just hope and pray everything goes smoothly and that the weather holds out for us. I really know that Kye is going to love it so much and simply want to LIVE IT UP and enjoy each moment to it’s fullest. I’m already sad that it’s almost over haha. Maybe Zach will have such a wonderful time that he’ll want to turn into Greg Copponex and plan trips there all the time 😉

Notes from Pregnancy #1: This time last pregnancy I was welcoming in my third trimester (and showing off some belly pics!). I don’t feel half as uncomfortable as I did then. Maybe it’s my desire to have a more positive attitude? Or that I’m so much more busy so I don’t notice? We drove to Melbourne to celebrate Christmas with Mom and Brandon and Chrissy (And we got the bassinet! We need to set that thing up again!) then came back in time for all the pre-Christmas Parker festivities. I also had a check-up with Stacy and everything looked good! We also found out that Courtney was having a girl (Payton) and at that point I no longer cared if Kye was a boy or girl…because either way he was going to be inbetween a boy and a girl with Courtney’s kids being 11 months apart! I’m excited that Blitzen gets to be the only baby in the family but also feel bad that he or she won’t have a cousin close in age like Kye does. Hopefully Casey or Brandon will get started popping out the babies soon!