Supposedly NOW I’m in the 2nd trimester? I don’t really understand that when trimester would lead you to believe 1/3 and 1/3 of 9 months is three months? Whatever! 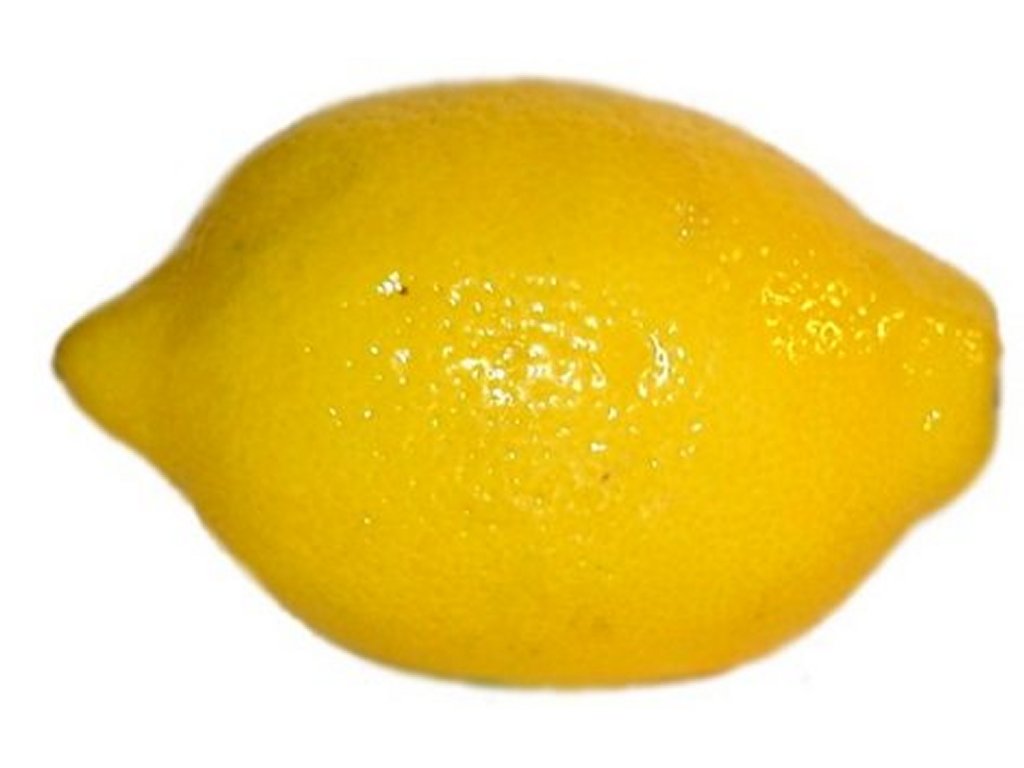 Baby Growth: This week Blitzen is the size of a lemon. From head to bottom he or she measures about 3 1/2 inches and weighs 1 1/2 ounces. Blitzen is now able to make lots of facial expressions, go tee-tee, and suck his or her thumb. I LOVE the picture of what Blitzen currently looks like…makes me excited for the day I get to meet him or her in person! 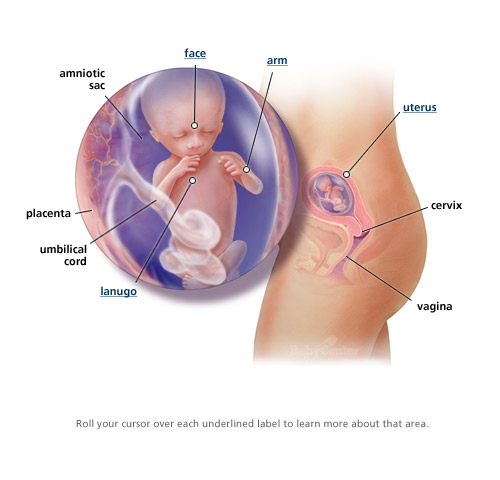 Belly Picture: YAY for not having to take it in front of the mirror and not have a backwards weekly sticker number! I kinda think I look bigger last week than I do this week? Probably b/c my shirt isn’t as tight. And it probably helps that my boobs have gotten much bigger (makes your stomach look smaller, another reason I want a boob job when I’m done having babies!). 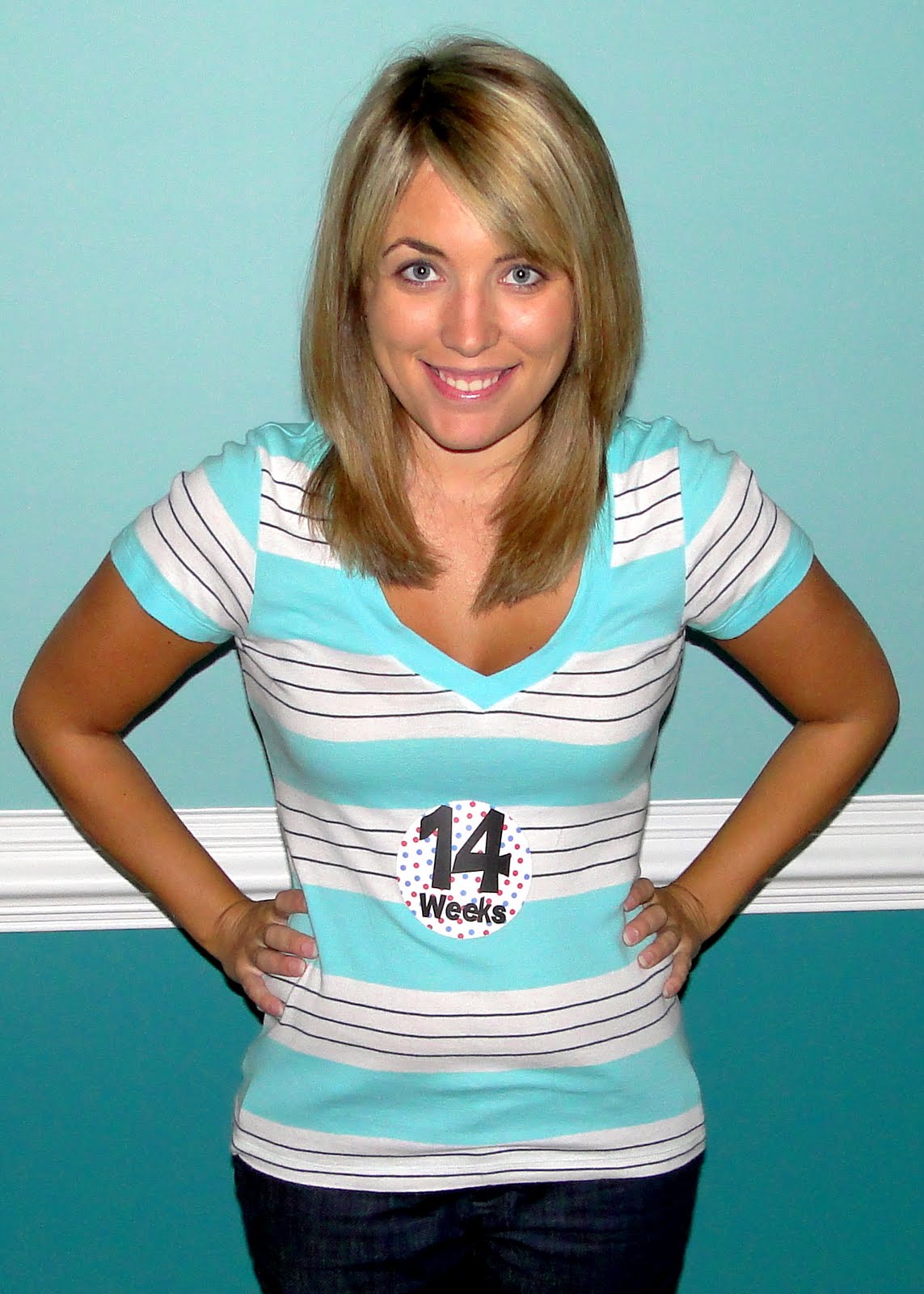 Again, I look SO much more pregnant from the side than from the front 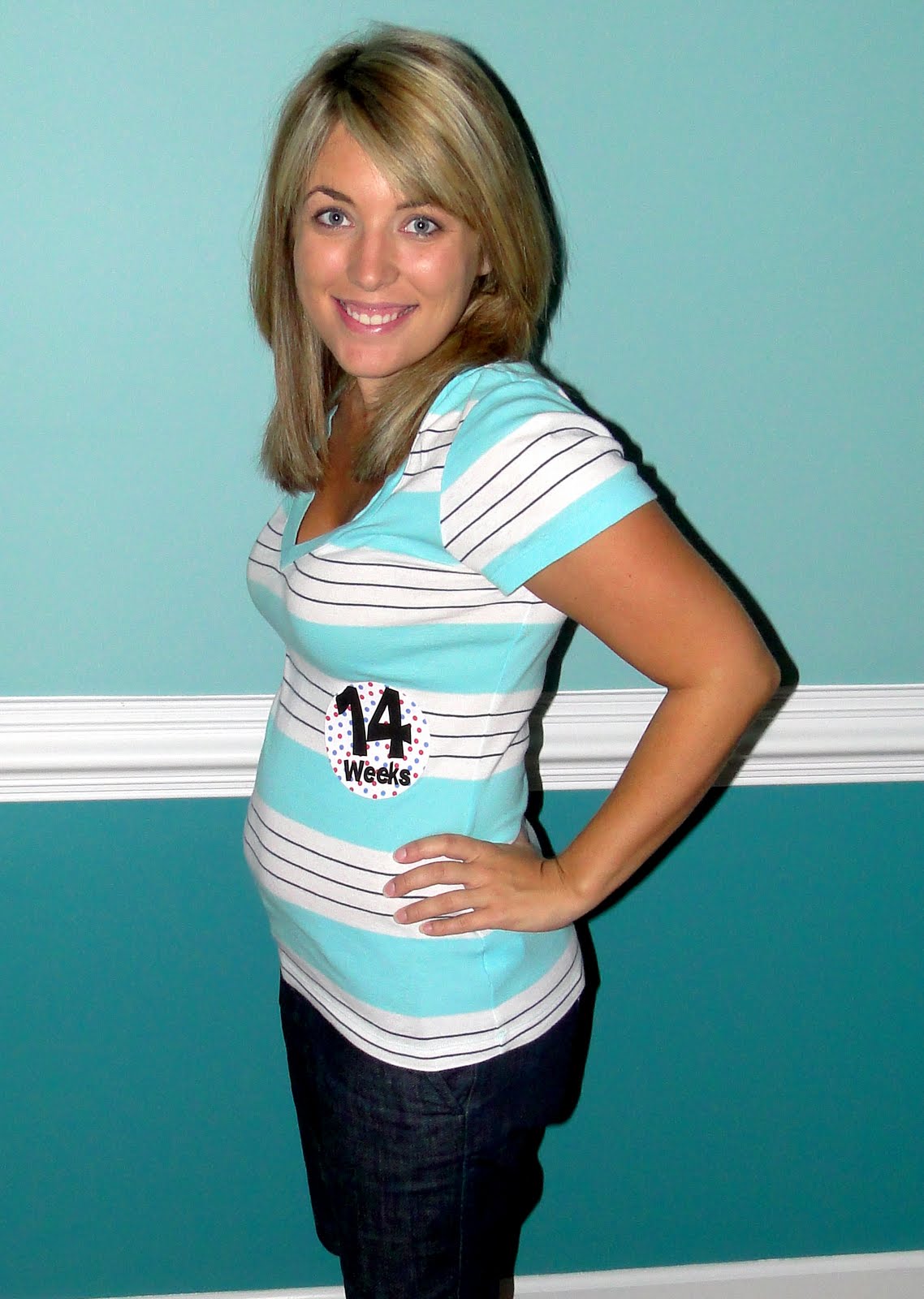 My Symptoms: As I’m typing this I have a migraine. I got it yesterday when I got my butt in gear and deep cleaned the house. Even though I can’t smell, I think the cleaning fumes made me get the headache? It stayed all night and continued this morning. I took two Tylenol yesterday but I think it was too late after I already had the full-blown migraine 🙁 I’ll probably take two more before we head to our dinner plans tonight though!

True to the typical 2nd trimester symptoms I have seen an increase in my energy this week. I’ve been staying up later and have been able to get more accomplished. For the first time in what feels like FOREVER I actually cared that the house wasn’t up to typical Emily standards and it started to drive me insane. Also back were my urges to get everything we need to get done around here finished…I don’t think Zach missed my famous “honey-do lists!”

I did NOT make it through VBS. We went the first night and I was wore OUT as was Kye. He’s too young for it…junk food, two hours of bible study stuff, and not getting home till like 8:45 (and no bath!) weren’t a good mix. We’ll try again next year. I am still trying to limit myself to how much we go and do during the day. I tend to have a hard time turning down plans with people and I currently have a list of SIX friends who have been wanting to go to lunch. I feel horrible about it but that’s just not something I can manage right now. Kye is happier at a playdate then out to lunch with people who don’t have kids and if I’m going to make the effort to leave the house (and make it one of the few times we do in a week!) then I want it to be something fun for HIM too ya know?

As I mentioned above, my boobs have FOR SURE gotten bigger but especially fuller. I looooooove it. Is that strange? I just feel so much more attractive for my husband when I’m rockin’ a fuller rack 😉

Weight: For the first time I’ve gained!!! I’m up almost a pound from last week (14 oz to be exact). My overall weight change is still a loss of 3 lbs though so that’s good 🙂 I know at some point I DO actually have to gain weight…but it still sucks seeing the scale go up 🙁

Gender: Still won’t find out. I no longer have that gut feeling on it being a girl, my whole plan of convincing myself it’s a boy is starting to work. When I tell people I’m pregnant and they ask me if I’m hoping for a girl I say YES but that we plan to have so many babies that I know I’ll have a girl eventually so I’m cool either way 😉

Maternity Clothes: All my clothes still fit and I’m trying to enjoy wearing them while I can! I did invest in a TON of size Large stuff at Gap Outlet. Last pregnancy I could wear regular people clothes in a large so I’m figuring I’ll be able to do it again this time around. I also ordered a Fertile Mind Belly Belt

. One of my friends used it instead of a bella band during pregnancy and I thought I’d give it a try! I don’t need it yet, but when I do I’ll letcha know my thoughts 🙂

Movement: After all the craziness of last week I was laying on the couch Friday night in total chill mode and seriously felt a MEGA hard jolt in my stomach. It felt like a 3rd trimester baby kick! I have NO clue what it was, but it did scare me a little so I just stayed resting and went to bed early, I haven’t felt it sense? Kinda strange!

Sleep: This week I haven’t had ANY vivid dreams. I’ve been sleeping so, so much deeper. I haven’t even woken to pee or to let the dog out (I guess Zach’s been waking up when they ask to go out?). I’m enjoying the better sleep and I do think it’s helped in the migraine department. I actually think the reason I wake up with the migraines is due to my vivid nightmares I have very often. I clinch my jaw during the dreams then wake up with a headache…it makes logical sense right?

Cravings: Legit craving time is def here! The main thing I’ve been willing to kill for is Subway. I went the other day and had my usual sandwich (wheat loaf, turkey, american cheese, lettuce, black olives, dash of black pepper, and oil and vinegar). But I asked for extra black olives and a TON of oil and vinegar. I told her I wanted it dripping off the bread and I wanted my bread to literally turn purple. Omg. It was A-MAZING. (No worries, I have them toast it since you’re not supposed to eat unheated deli meat when pregnant.) I’m still also loving seafood. And strawberry koolaide and milk. No other big cravings…yet!

What I miss: Right now – nothing! I don’t like the migraines but overall I’m loving being pregnant and loving every part of where life is at!

Best Pregnancy Moment of the Week: Eating that Subway 😉 Buying our first thing that’s especially for Blitzen! Mom found a dining room set on Craigslist so she and Zach went to get it and they also had a Mamaroo

for sale. If you’re like me then you have ZERO clue what that is! It’s some luxury baby swing…Zach called me and told me to look it up and decide if I wanted it so I googled around and it’s been rated the #1 luxury swing on the market. I told him if it looked like new and he could get it cheap to buy it. The couple had gotten theirs from Goodwill for $40 but it didn’t work so they called the company and they sent them a brand new one for free. They used it like twice (Zach said they are very attachment style parents so they never put their kid down) and were asking $125 for it but we got it for $80! And they included the cover from the other swing too so it has two covers! It seems really cool and I love how modern it is. I also did a lot of “shopping” for the nursery and found a TON of stuff I love on Etsy. I’ve written all the sellers and told them our situation and majority of them said they’d still have the items I liked in stock in Dec once we know what Blitzen is so I can order and get to decorating 🙂 At this point in my pregnancy with Kye we had all his nursery furniture ordered! Man I was on the ball (you can see it here)!

Questions/Concerns: How often should I be taking the Tylenol? How many days should I try to stay in the hospital (Aflac pays more per day that you’re in so I’m gonna possibly try to stay longer than 24 hours this time…)? Do people have their first child at home when they first get home or wait a few days?

Goals for This Week: Get stuff knocked off our things-to-do-to-finish-the-house list. Get caught up on blogging. I did deep clean the house so yay for me!