I have known Rachael for a really long time…but I don’t really know how long?!?! Growing up she actually lived right across from my neighborhood so I know we went to the same school all the way through, but did we ever even have any classes together? The only ones I can think of were in high school!

I don’t really know how it happened but when I was pregnant I stumbled across her blog (I must have been Facebook stalking?!?!). I was thrilled that she kept so many details of her pregnancy with Macy and parenting tips and struggles on her site and I became an instant-fan. She was SO helpful throughout my whole pregnancy and inspired me to start the very blog you’re reading now. (So all of you who just couldn’t imagine life without this thing…thank her!).

Our friendship is proof that the online world is LEGIT. We REALLY do know each other. We REALLY are friends. Yes, it’s ALL online. But that doesn’t make it any less real.

A couple weekends ago when I went to Atlanta for all of Danielle’s wedding celebration fun, I finally got to spend some face time with Rachael. Since high school graduation I’ve seen her a couple times but only in a group setting (a few of those random “reunions” we had and I think even once when visiting Danielle at North GA), at my bridal shower, she came to one of my baby showers down here, and then at Tripp’s funeral. That’s it. Other than one time in high school I can’t think of a single time that we legitmentally hung out just the two of us. And it’s a real shame b/c our personalities click SO WELL!!! I wish we would have gotten to know each other better when we were younger because I think we both missed out on an awesome friendship, but I’m SO thankful we connected now as she’s a true friend that I simply adore!

Over the weekend Rachael came to both wedding showers but our quality time really came after the couple’s shower. She spent the night with Danielle and I and we stayed up until 5 AM just bonding. We talked, did a little crying, but did a TON of laughing. It was really AWESOME!!! You’d think after talking all night that we’d run out of things to say but when Rachael and I both woke up we started right back to the talking and I ended up not even leaving to go home until after 2 because we were having such a great time.

I LOVE this picture of us!!! If I framed pictures it would be in one 🙂 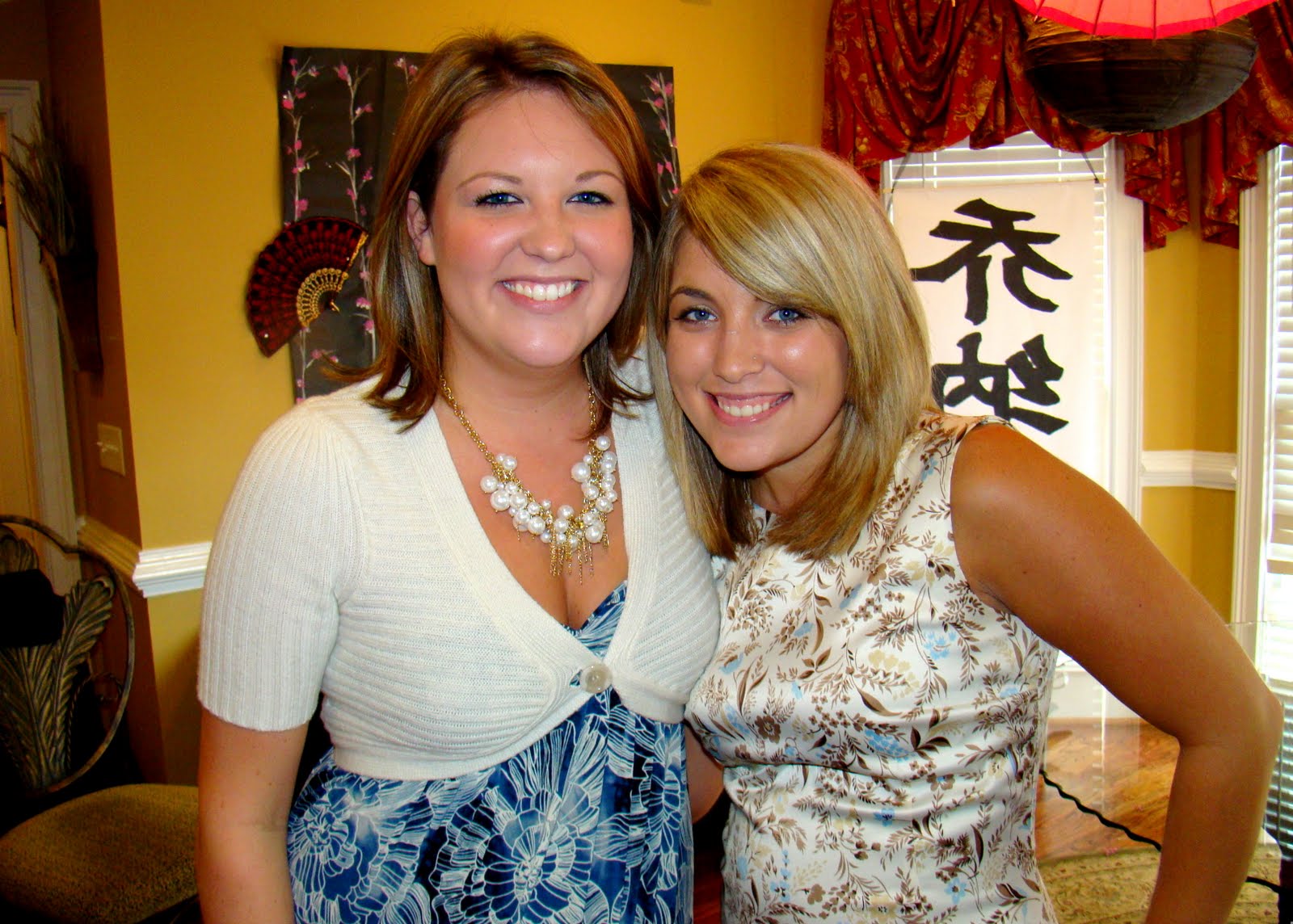 I know all of you know Rachael…probably as “Macy’s Mom” at first and now probably as “Tripp’s Mom” too. We ALL know how unexpectedly Tripp passed away and we’ve all prayed for Rachael through this horrible time in her life. For me, getting to spend the quality time with her was priceless. It’s easy to be blinded by Tripp’s death and to only worry for her, to only associate her with that pain. But guess what? She’s still a person who has an AMAZING outlook on life, an honest take on every struggle she faces, and who loves to laugh. After our time together I don’t think about Rachael and feel overwhelmed with sadness. I think of Rachael and smile because she’s my good friend. Sure, we talked about Tripp but I LOVE that we could talk about him and it not always bring us to tears. I LOVE that we could share intimate things with each other about our lives and know that they are safe between us. Our time together wasn’t to “help Rachael feel better” our time was just as much for ME as it was for her!  Danielle  has always been my she-gets-me friend but now I am blessed to have TWO friends that totally 100% “get me” and connect with me on a level that other people just can’t quite compare to. I know I can call (or text…or email…) either one of these girls and I’ll have someone to help me work through my problems, offer awesome advice, or just take my mind off things when I need it!

Rachael was sweet enough to treat me to breakfast (well it was almost 1 but we still ate breakfast! who can eat lunch without eating breakfast first?!?!) and Greg surprised us with a visit from Macy! I glanced up and was about to say “that little girl looks just like Macy” when I realized it WAS Macy haha. I hadn’t seen her since she was a tiny, tiny baby at one of Kye’s showers. In pictures she looks SO much bigger than she does in real life. She’s actually smaller than Kye and lighter too but just as beautiful as all Rachael’s pictures show 🙂 And Greg looked good with a shirt on for a change hahaha!

During our time together I also got to visit her house (where she’s welcomed Zach and I to stay the night before Danielle’s wedding ~ so sweet!). I saw it when they first moved in back during my wedding shower but hadn’t seen it sense. I LOVE Macy’s new room and totally think Rach needs to blog about it and show it off – it’s ADORABLE. I got to see the nursery too which was Macy’s and Tripp’s (and will hopefully be baby #3’s someday!!!). It was sad to see Tripp’s room and not get to meet him right along with everyone else but I was SO excited to get to see the bench and tree in person. The tree is SO much bigger than it looks in pictures – it’s BEAUTIFUL as is the bench. I’m so pleased with how they both turned out and I think Greg, Rachael and Macy will enjoy them for years to come! 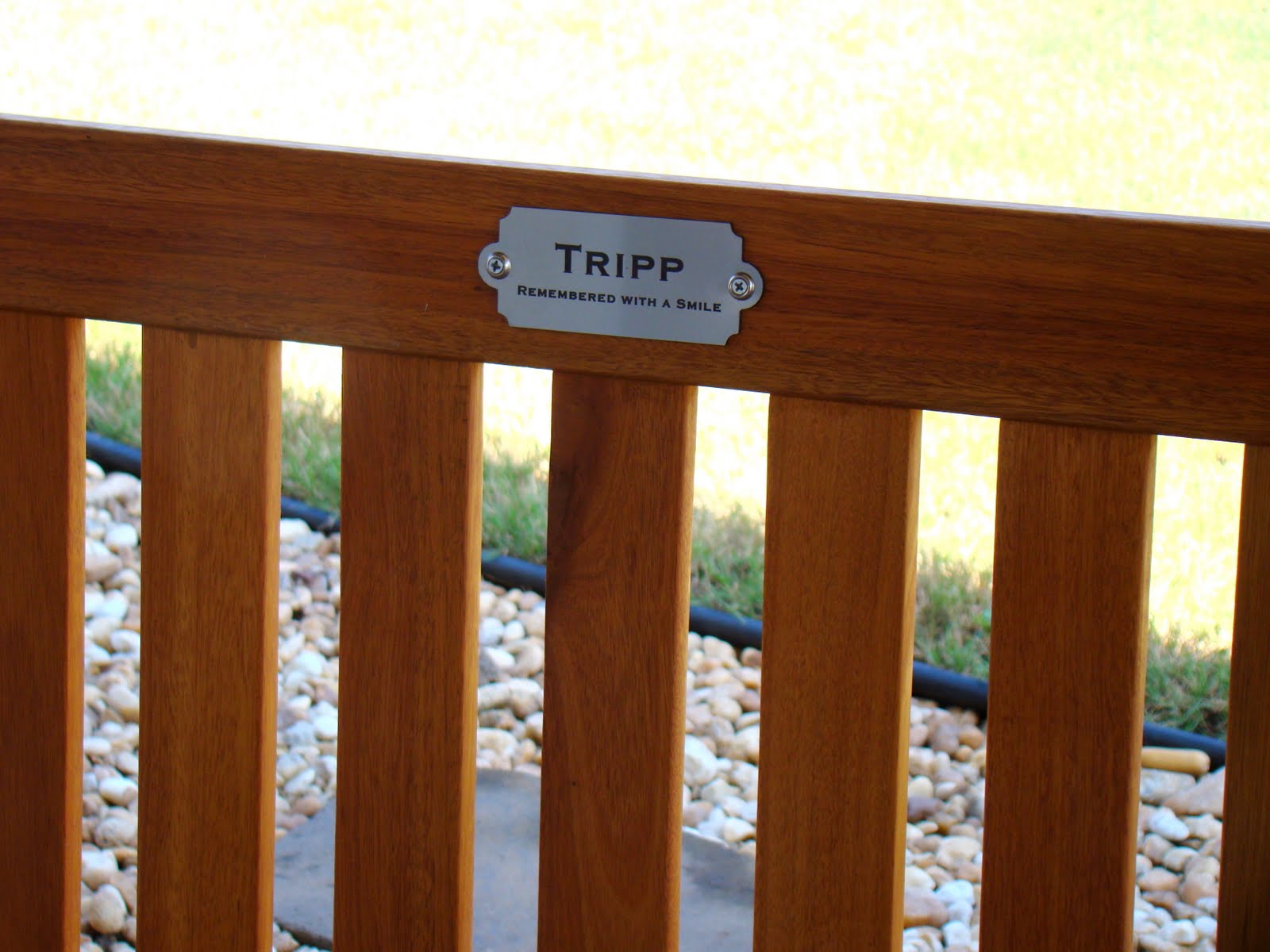 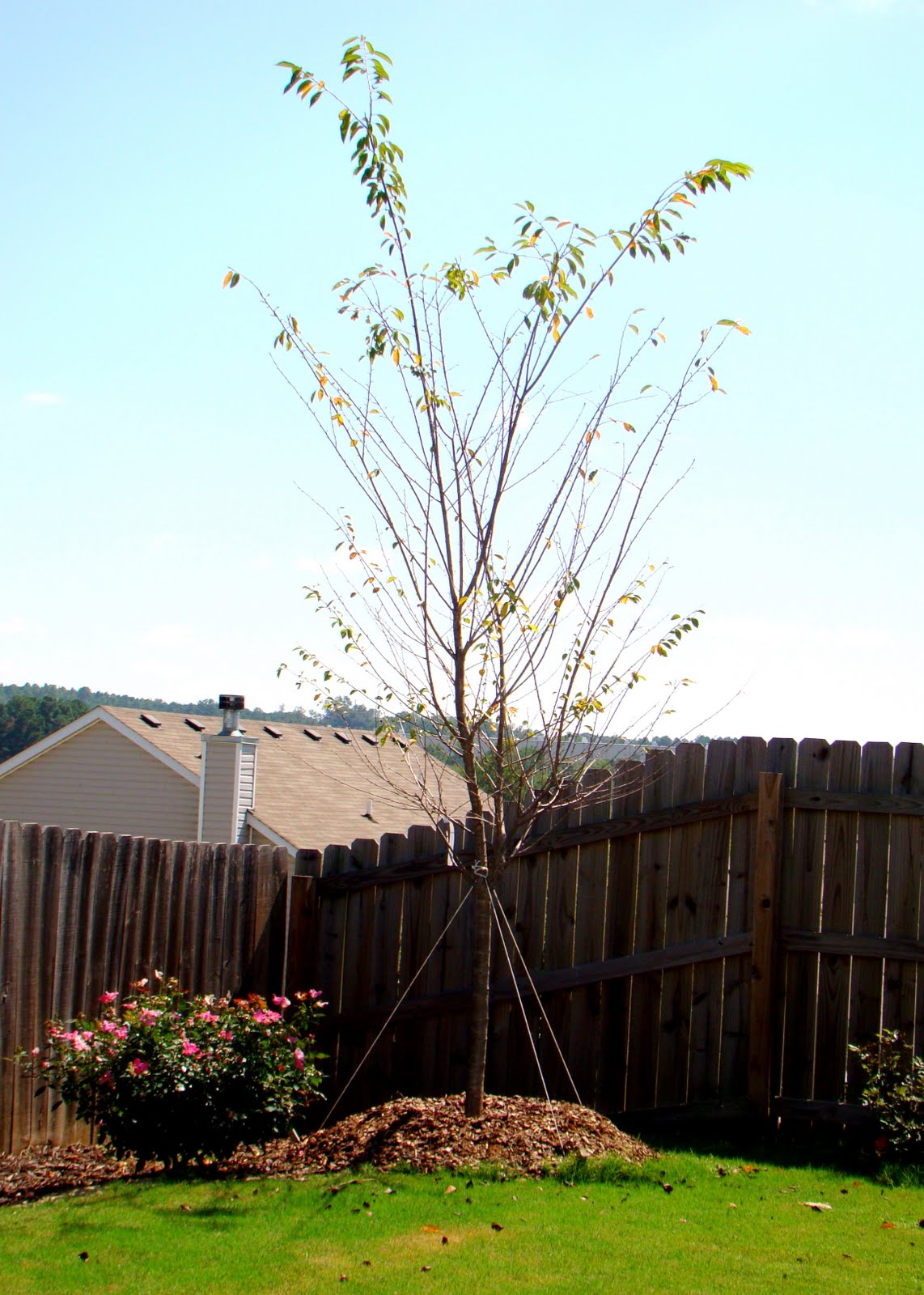 I am so, so thankful for the quality time Rachael and I got to spend together. I realized while I was up there that it was what would have been Tripp’s 6 month “bday.” I feel like God really had a hand in the timing of our reunion. Greg was out of town and I’m sure it would have been such a difficult weekend for Rachael to face alone. I’m thankful there were so many fun wedding things to keep her busy and that I was there with her to help keep her focused on fun, happy things and not thinking too much on the sad stuff. I KNOW that Rachael had just as much fun as I did because she has already made plans with me for the upcoming weekends during more wedding activities! I can’t WAIT! I’m so glad we’ve gone from “stalking” to true real life friendship. Let us be an example to all you stalkers out there that blog/facebook following can translate into friendship! Well at least for some stalkers…maybe not the creepy ones 😉