I don’t believe in buying my children tons of toys throughout the year. I LOVE to go waaaaayyy overboard on holidays (birthdays and Christmas) and so does Zach so it makes more sense for us not not give toys throughout the year and instead buy TONS of them at those special times. For Kye’s first Christmas and birthday he is getting a lot of stuff (which I originally didn’t plan on because let’s face it he’ll open one gift and be obsessed with the wrapping paper the rest of the day) but it’s stuff that I plan to keep in the boxes and pack away. Then throughout the year when he’s in “need” of a new toy or reaches a new milestone I’ll get the toy out from the holidays and it’ll be very exciting for him! I know I won’t be able to get away with this forever but it’s my plan at least until Kye learns the difference!

For Christmas I got Kye the Fisher Price Laugh and Learn table (a great deal only $30!) and thought it would be one of his bigger gifts. Since I’ve been playing “single mom” this month I’ve noticed that now that Kye is standing up he doesn’t have anything to play with. He’ll stand up at the coffee table and reach for things that he’s not allowed to have. It just made sense to go ahead and give him the table because he’s at a point where he needs something to play with while in the standing position. I’m SO glad I broke down and gave it to him! He’s in love with it!!!! Such a good buy and a great toy for babies this age! It’s actually for ages 6 months-3 years and I wish I’d gotten it sooner! I can already tell it’s going to be the type of toy that doesn’t make it for baby #2 because it’ll be too worn out! Here’s a video of Kye crawling to his table!

These are when I first opened it, he’s super pumped! 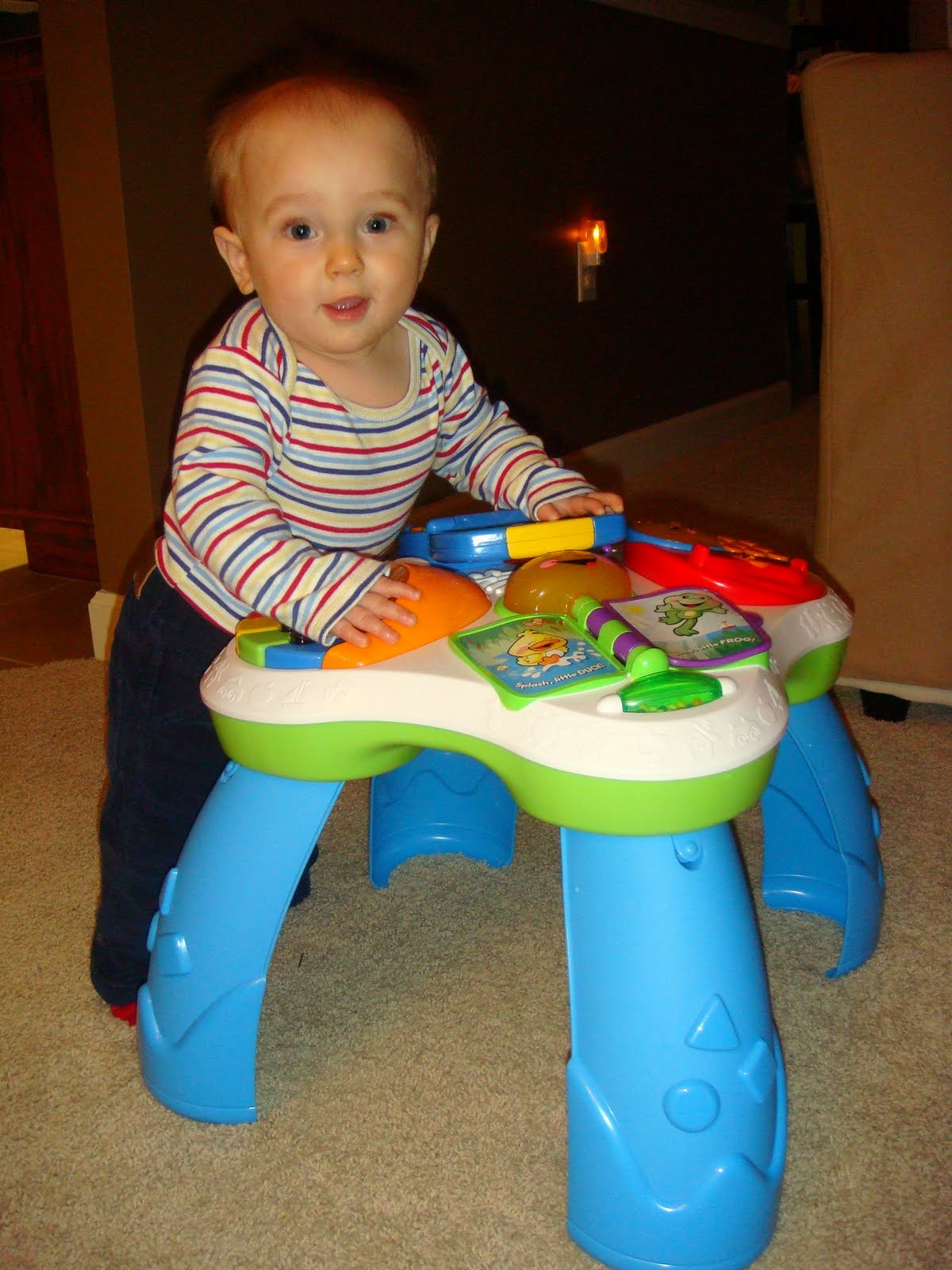 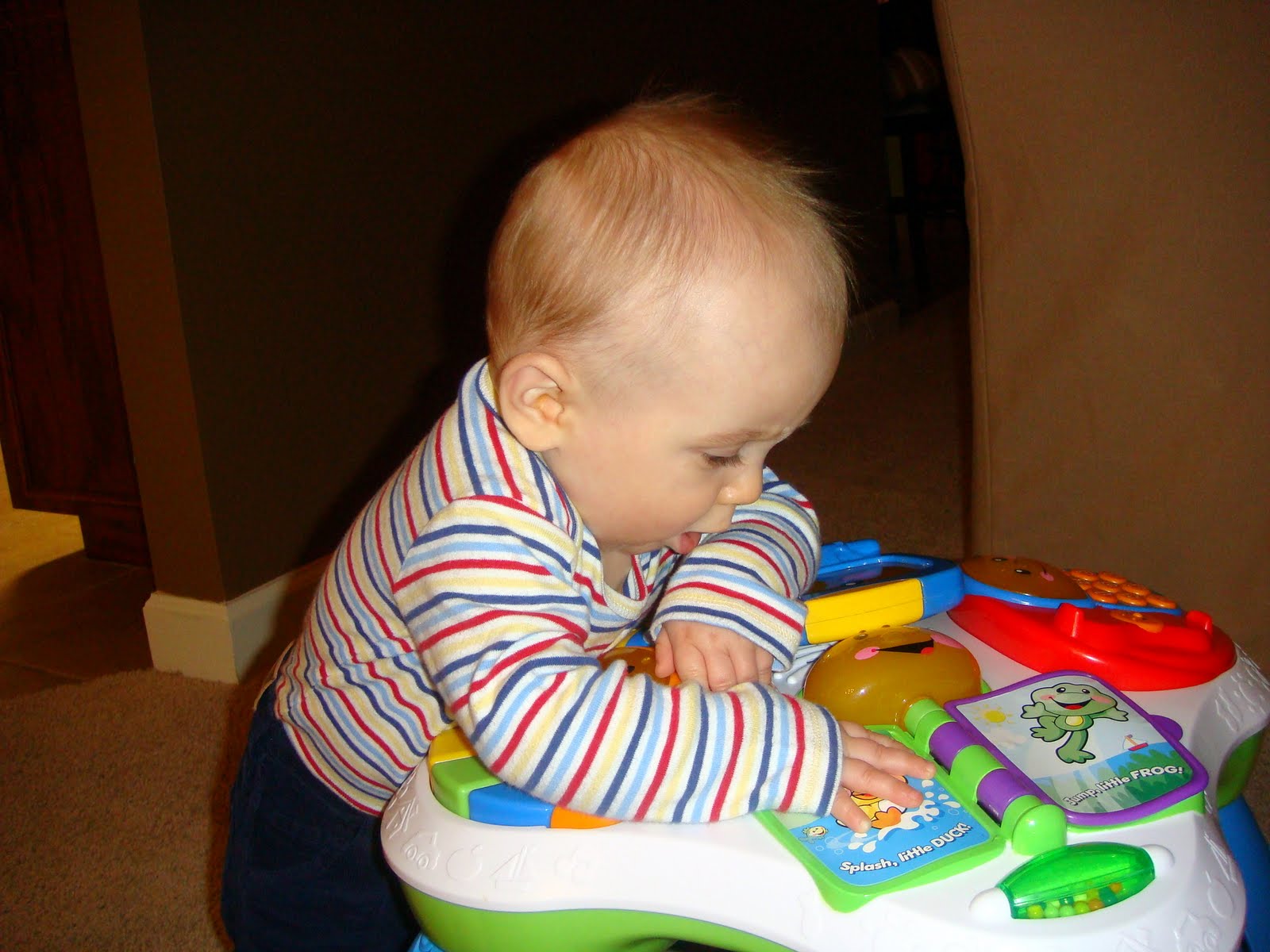 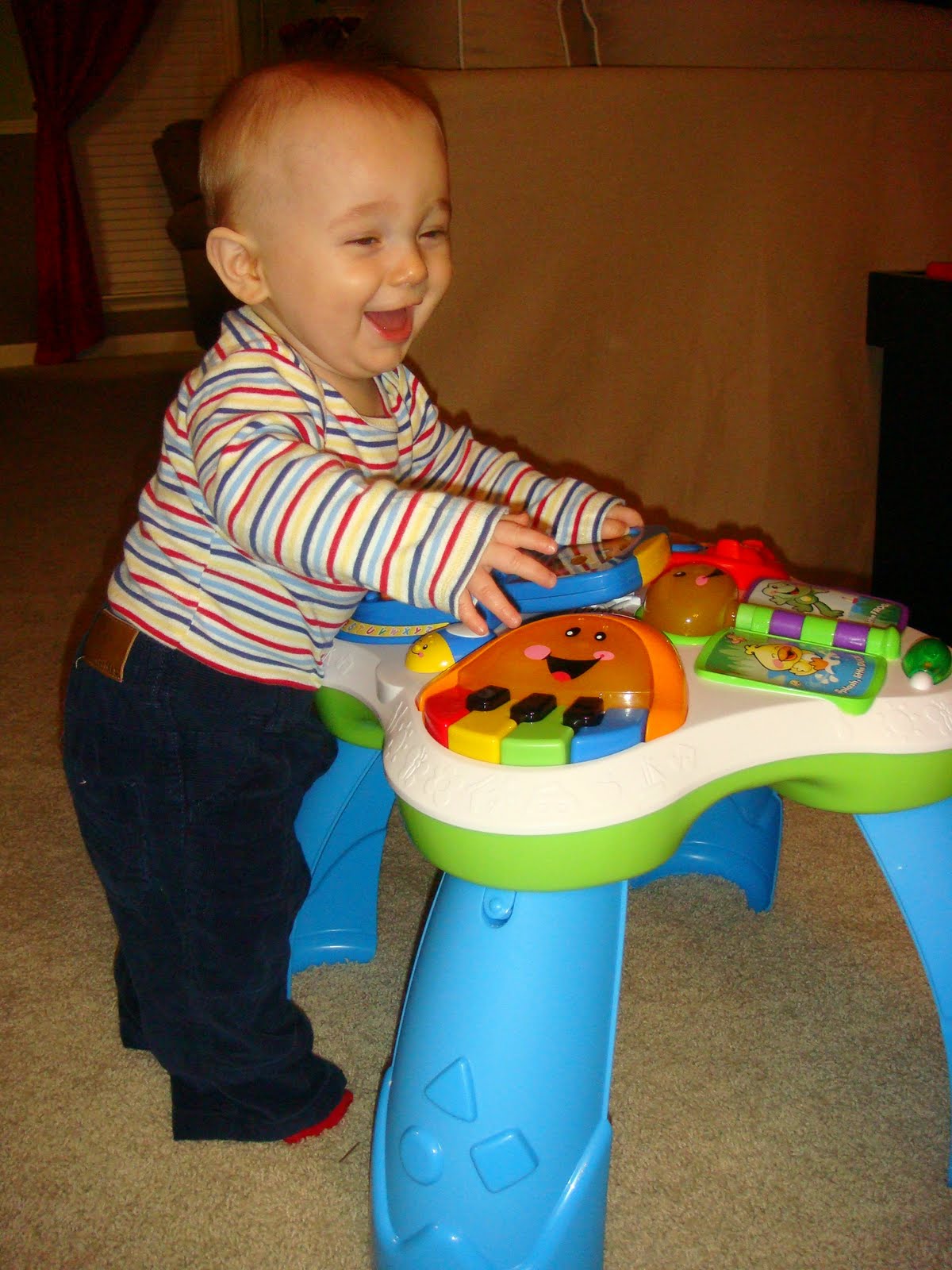 The toy is really awesome. It has a volume control which I love (always keep it on the lowest!). It also has four settings (abcs, music, spanish, and function) and each button plays a different song in the music mode! It’s really awesome. I even love the songs and find myself singing them all the time! Kye will get up from his nap and crawl out of his room to go play with it. So sweet! 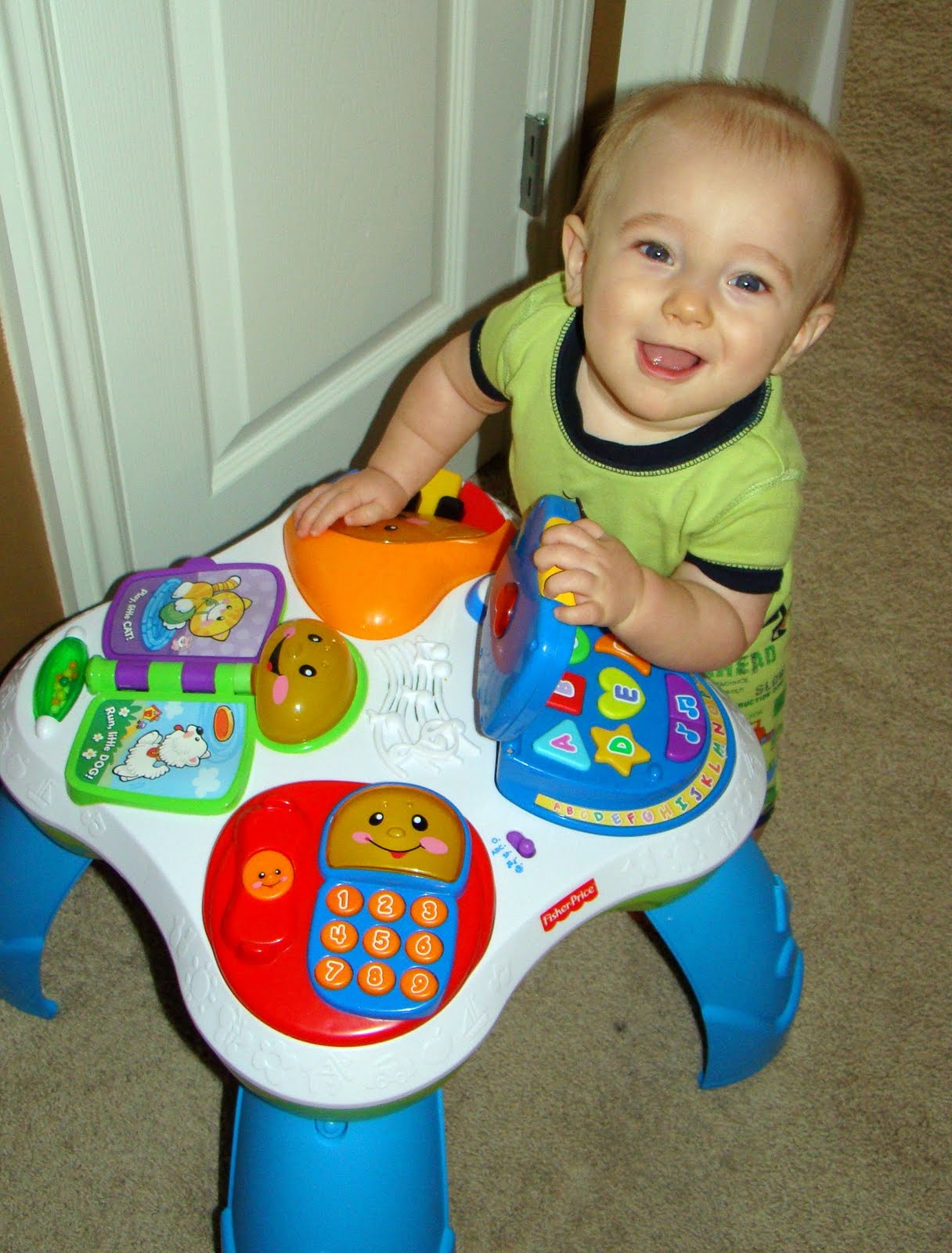